A slice of nice: A custom Yamaha SR400 from Wedge 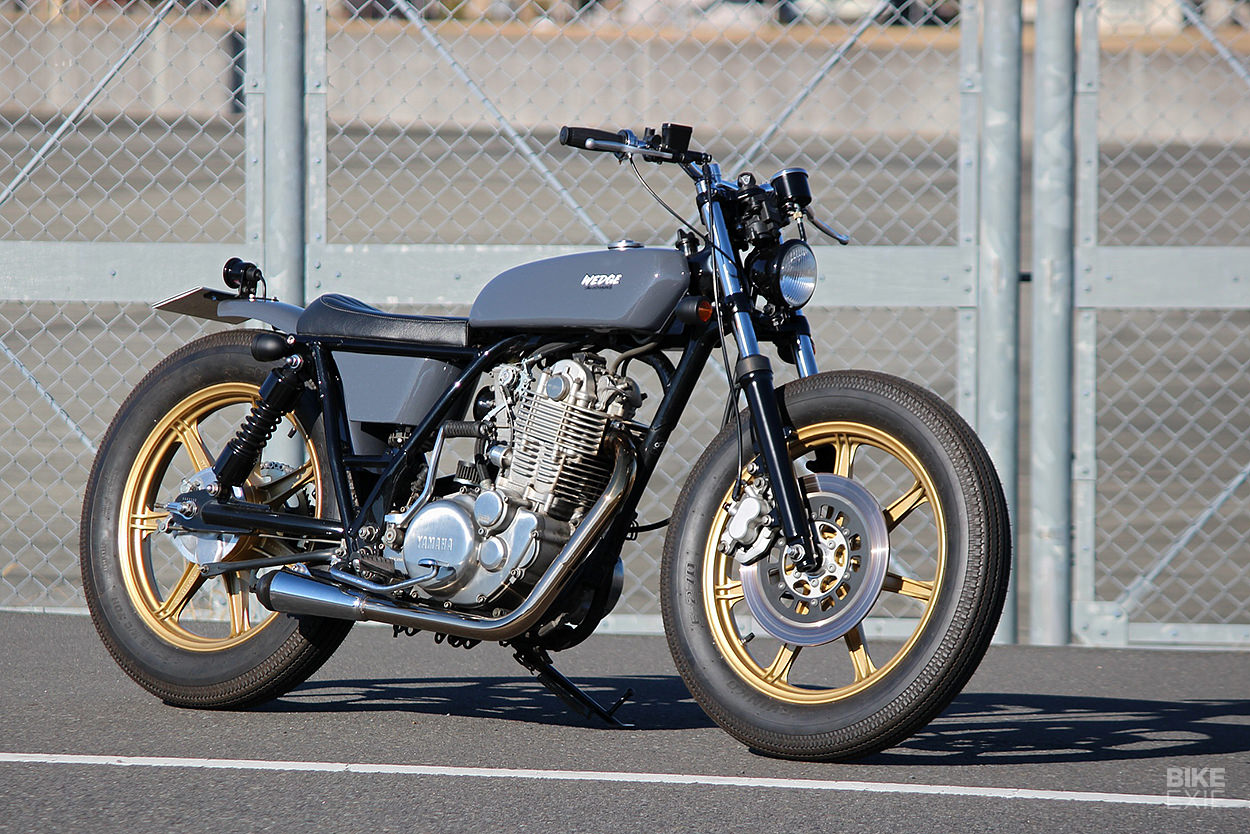 Just over a year ago, the last SR400 rolled off the production line in Yamaha’s Iwata factory, marking the end of an astonishing 43-year production run. It was always a steady rather than big seller, with most sales in the domestic market—which is why virtually every Japanese custom shop has built multiple SR400s over the years.

One of those shops is Wedge Motorcycle, run by Takashi Nihira. He’s in the upper echelon of the Japanese custom scene, and famous for his big budget builds. And when he’s not working on commissions from manufacturers such as BMW, his high-end bikes win awards at Japan’s legendary custom shows. 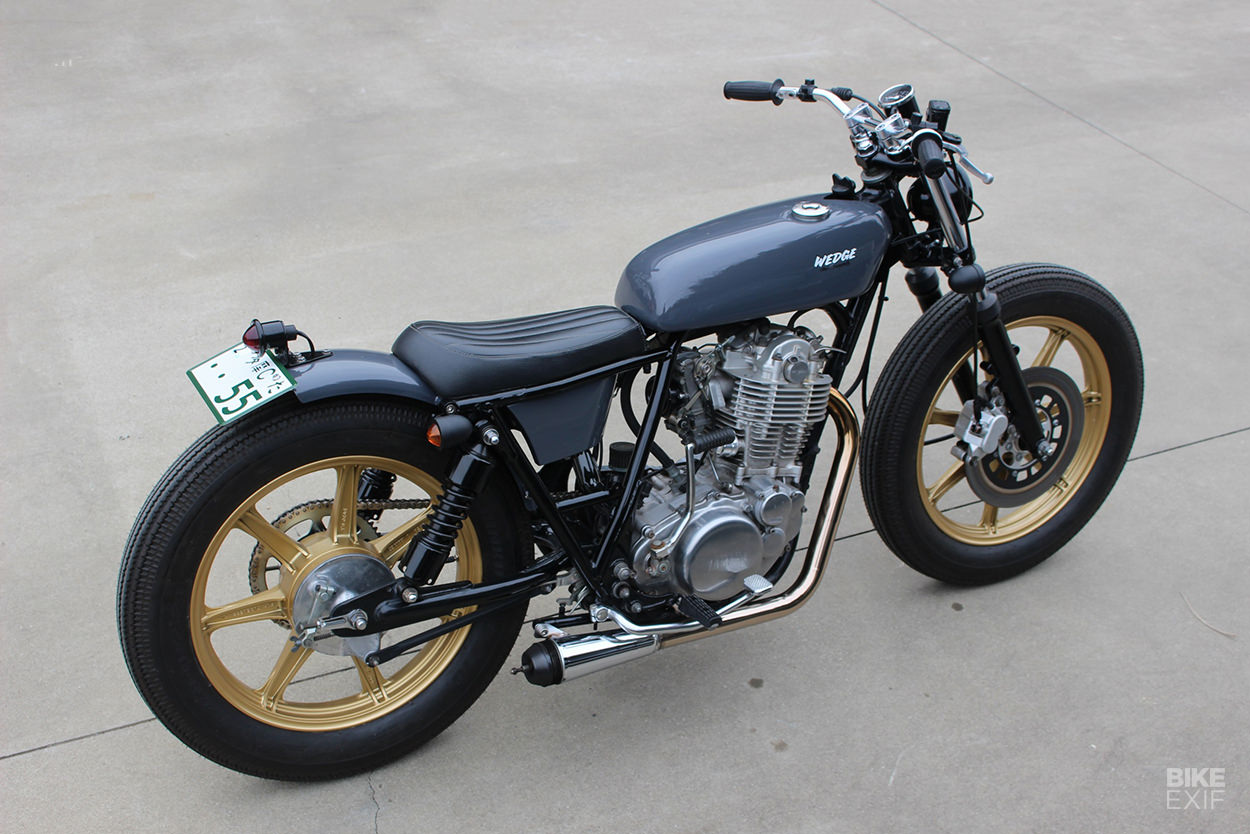 But it’s affordable machines like this 2007-spec SR400 that keep the cash flow going at Nihira’s Tokyo workshop. “This is a shop project bike,” he tells us. “I originally built it for a customer, but the customer was letting go of it. So I bought it back, reconsidered the style, and updated it.”

“The concept is ‘compact’,” he adds. “By using smaller exterior parts and adding ‘volume’ around the tires, it makes the bike seem visually smaller.” The stance is absolutely spot on. 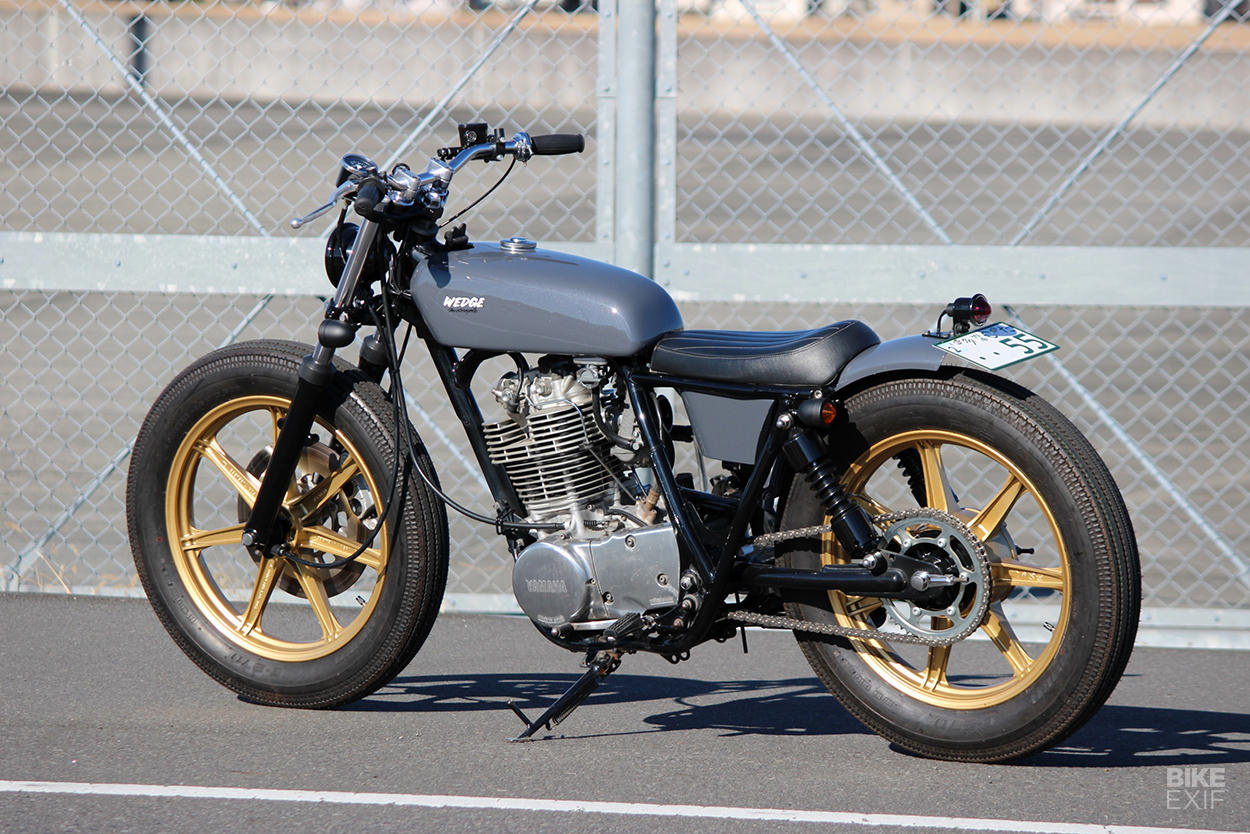 Nihira has given the OHC single cylinder engine plenty of love, even though it’s just 15 years old. He’s overhauled the cylinder head and block, replaced the piston rings and valve stem seals, and installed a new Keihin FCR flat slide carburetor for smoother response and a touch of extra power.

A newly fabricated stainless steel header pipe gets the exhaust gases out of the way, and there’s a stubby SuperTrapp muffler to abate the volume a little. 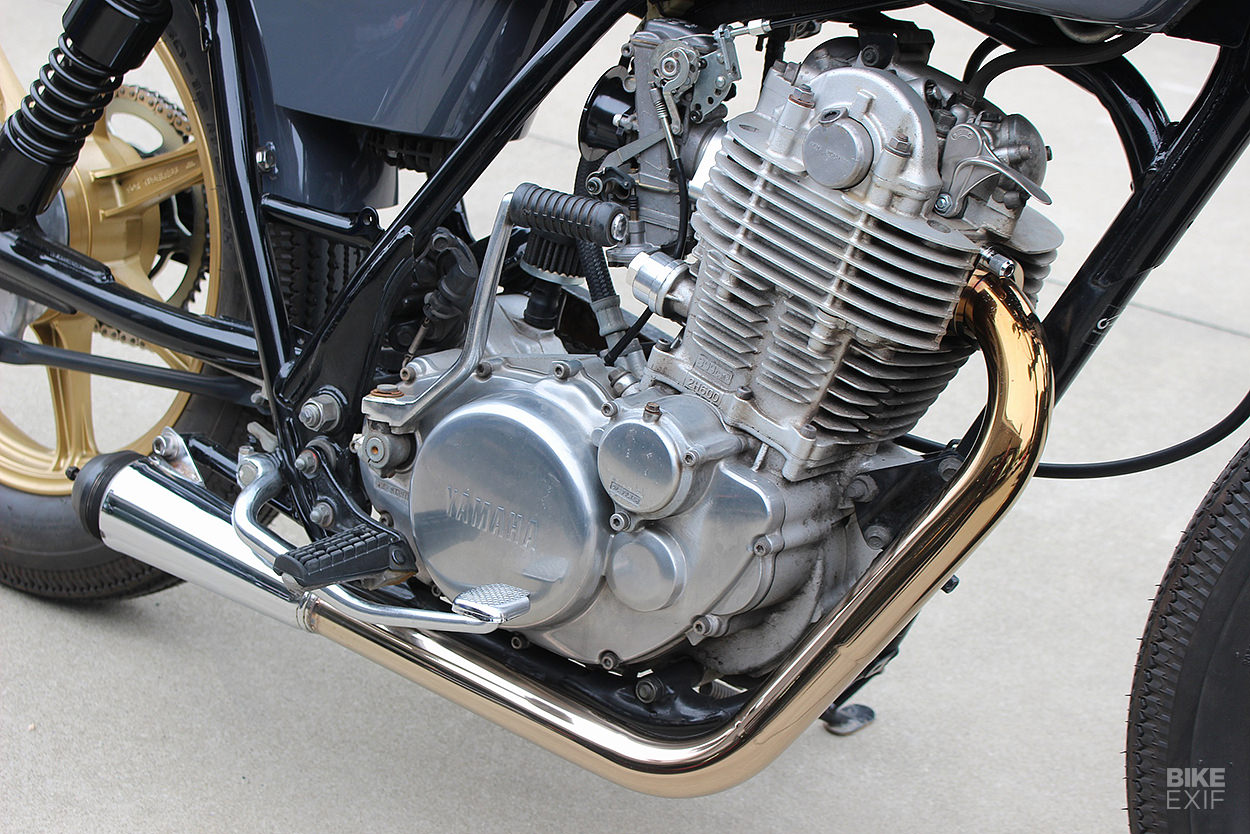 The chassis received even more attention. After a strip-down and tidy-up, Nihira modified the seat support and cut back the rear section to suit a short solo seat butting up against the top of the fender. The concave upper line and tail-heavy look of the stock SR400 is gone, replaced by a classic Japanese aesthetic.

The refurbished forks have been lowered slightly, and new 280 mm rear shocks installed to keep the handling tight. “At the request of the previous owner, the suspension had been dropped significantly,” says Nihira. “So I’ve raised the ride height a bit to improve the handling. Even so, the length of the rear suspension is still over 50 mm shorter than standard.” 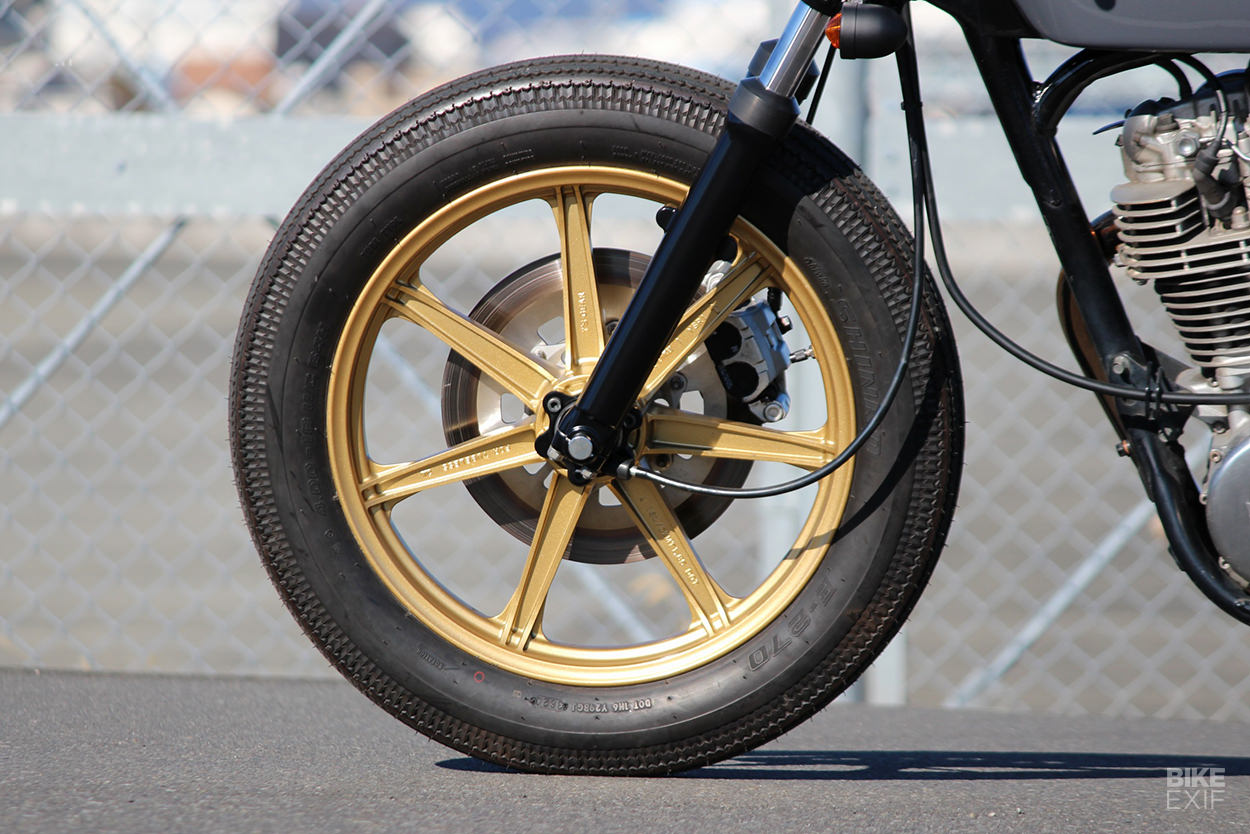 The gorgeous gold 18-inch wheels look like the alloys fitted to SR400s in the late 70s, but they’re modern cast replicas from a company called Y’s Gear. Compared to the factory wheels, the front is lighter by about 1.5 kg, and the rear by 2 kg. The rear hub has been improved for easier maintenance too, and Nihira has installed a Sunstar disc brake at the front.

The traditional sawtooth-style tires are Shinko Super Classic E270s, with modern construction underneath the tread pattern, in 4.00-18F/4.50-18R sizes. 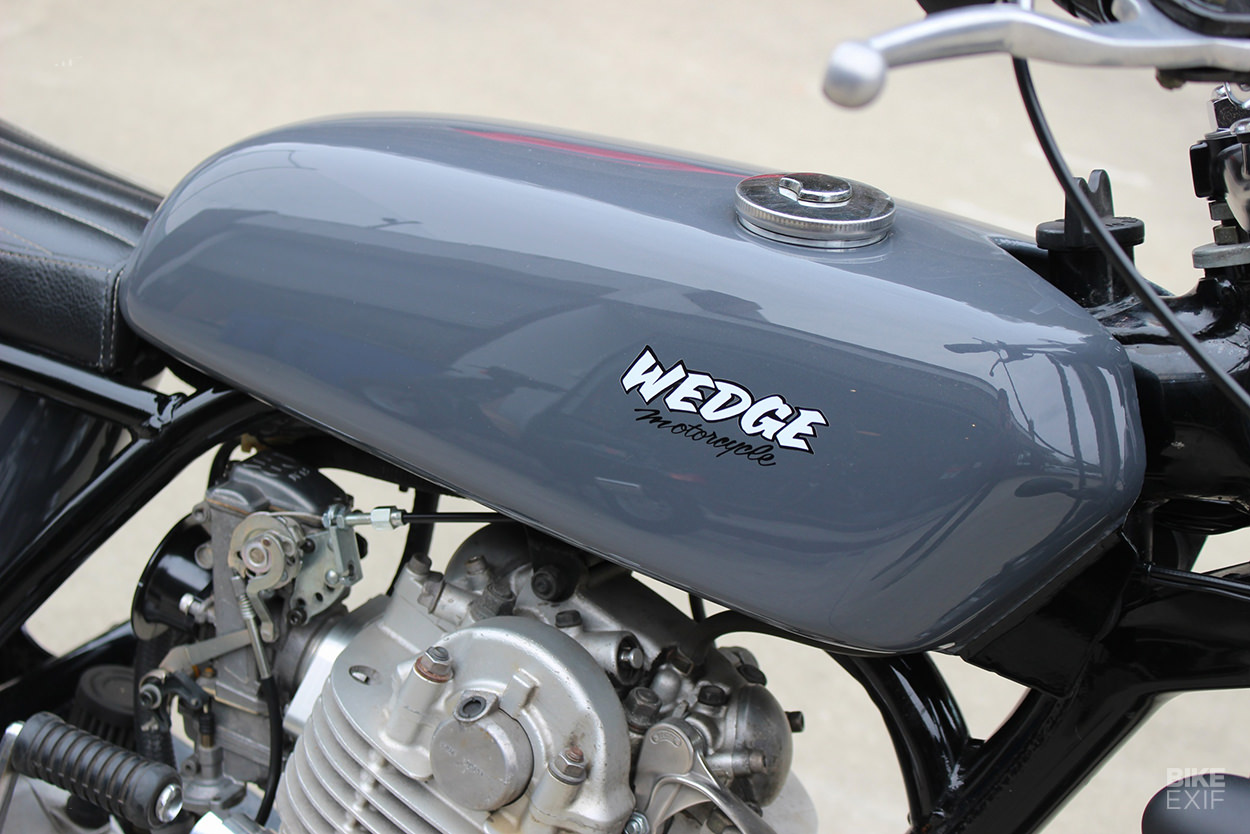 Being a Wedge bike, there’s custom fabrication everywhere. The aluminum tank is the most obvious item: “I made it in the image of the slim and long style used by old Yamaha small displacement sport bikes, such as the Yamaha RD50,” says Nihira. The gas cap, complete with an unusual sliding key cover, is a vintage item of unknown provenance.

Nihira also fabricated new side covers (which now hide most of the bulkier electrical parts), the slimline leather seat pad, and a new rear fender. 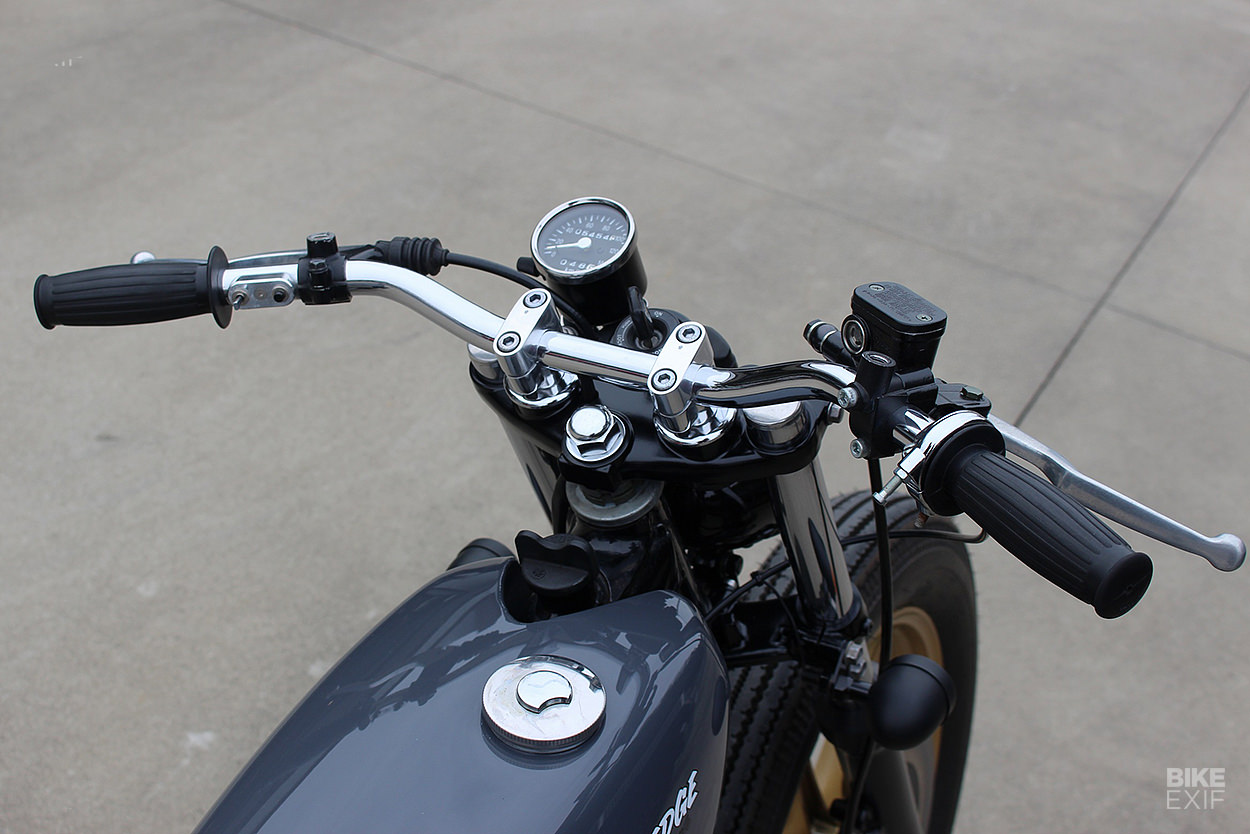 The cockpit is super-sano, with new bars and grips, a simple analog speedo, and low profile switchgear. The lighting is equally discreet, with compact head and tail lights and even tinier blinkers.

Unlike most custom builders Nihira-san handles his own paint, but this is no rattle-can job. The bodywork is coated with a subtle blue-grey, leaving the gold cast wheels to draw the eye—and add a bit of an 80s vibe. 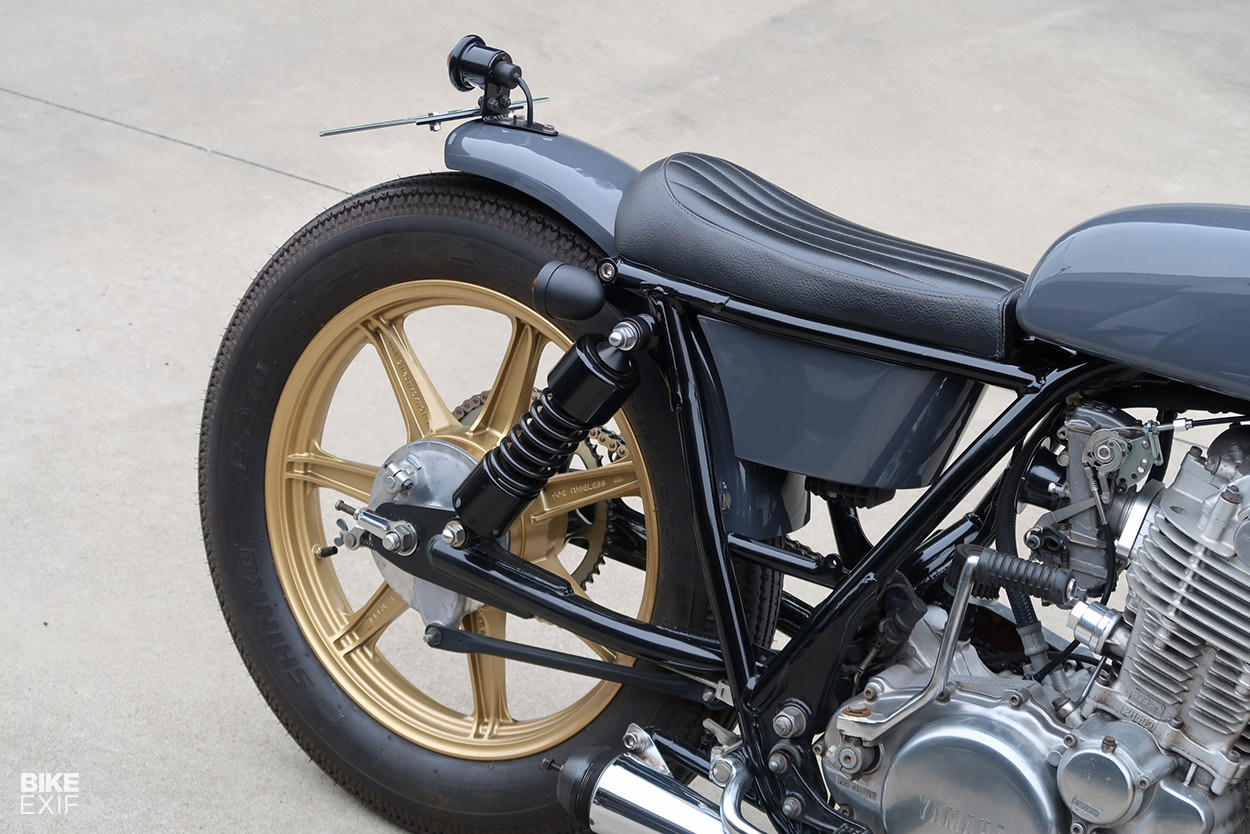 It’s not the kind of bike you’d see on a podium at Mooneyes, or the flashiest of customs. But for zooming around the outskirts of Tokyo, it’s just perfect—and will bear close inspection when parked up. 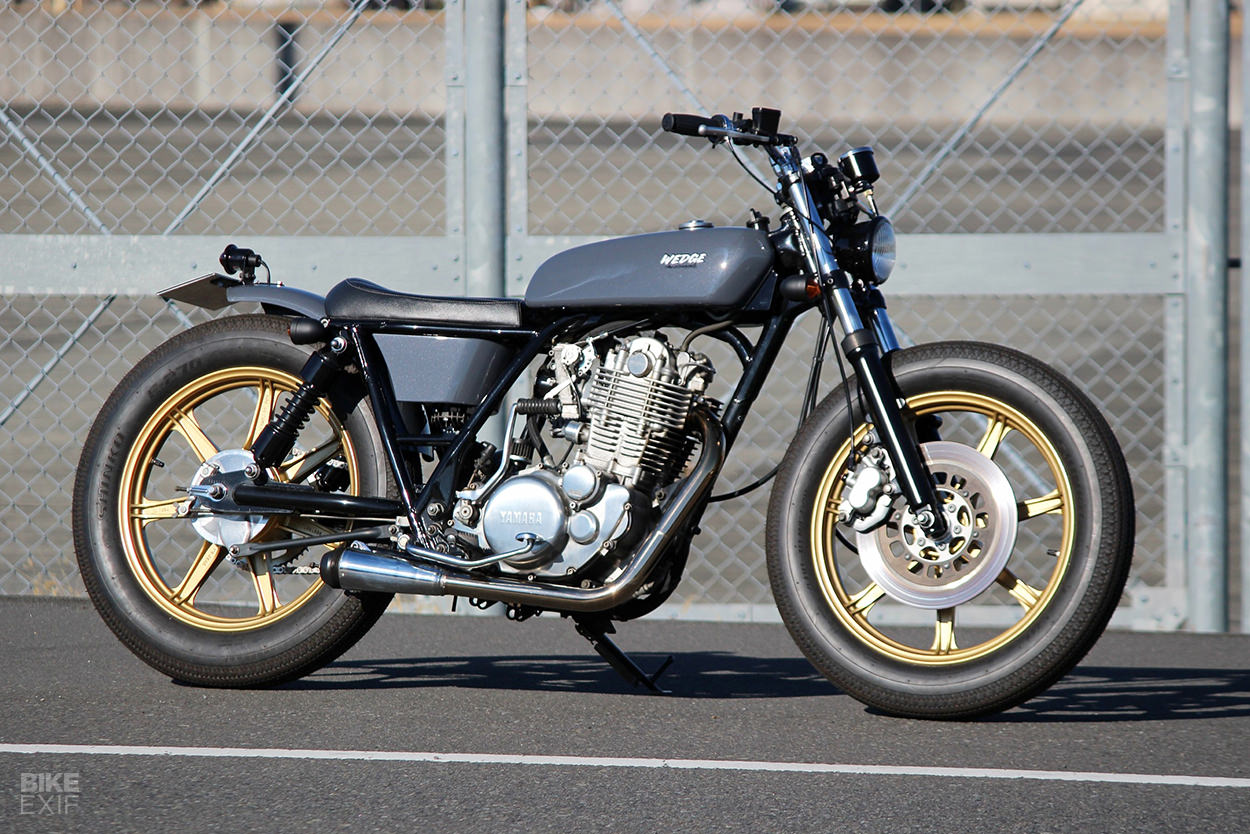