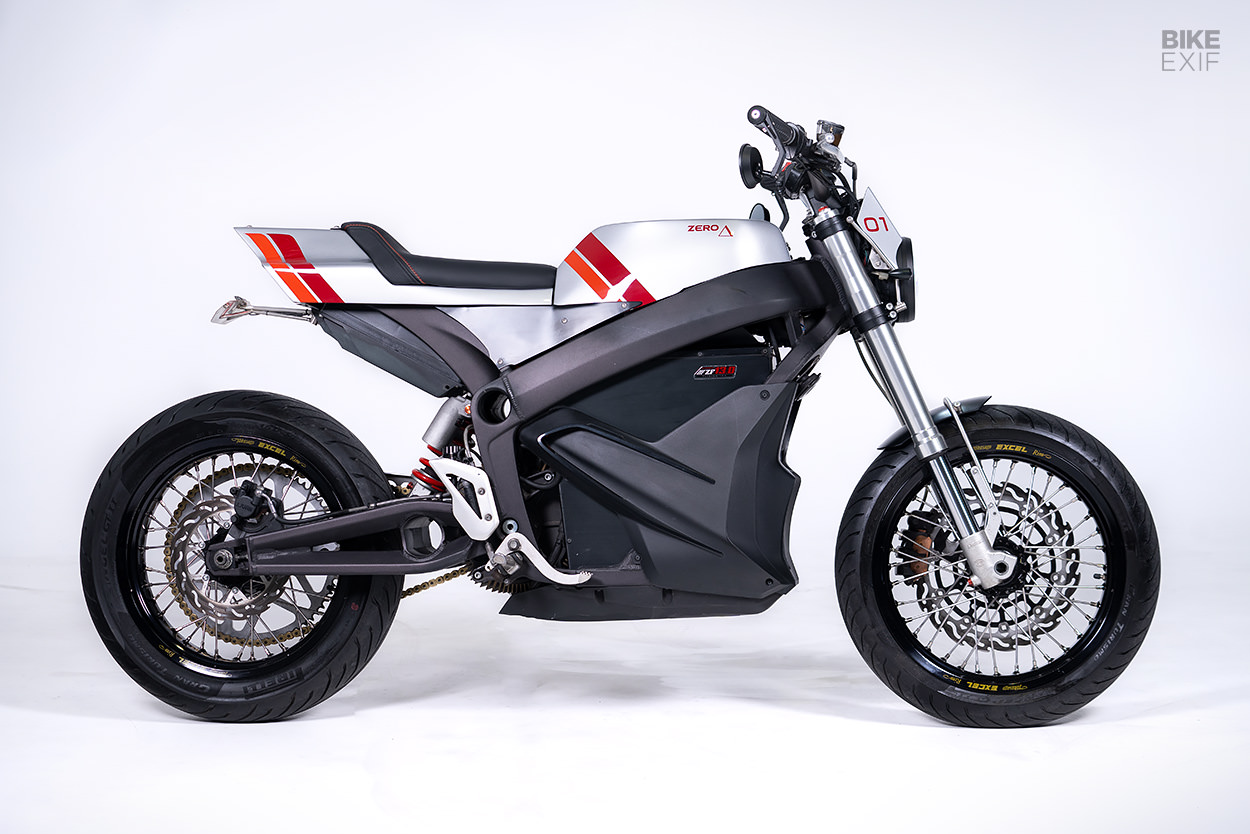 “We want to get people excited about electric motorcycles,” Grid’s Tom Gilroy says. “But I could be told about the benefits and performance specs all day and it still wouldn’t get me excited.” So he and the team went about remodeling this 2016 Zero SR to melt hearts as well as rubber—with a particularly Australian twist. 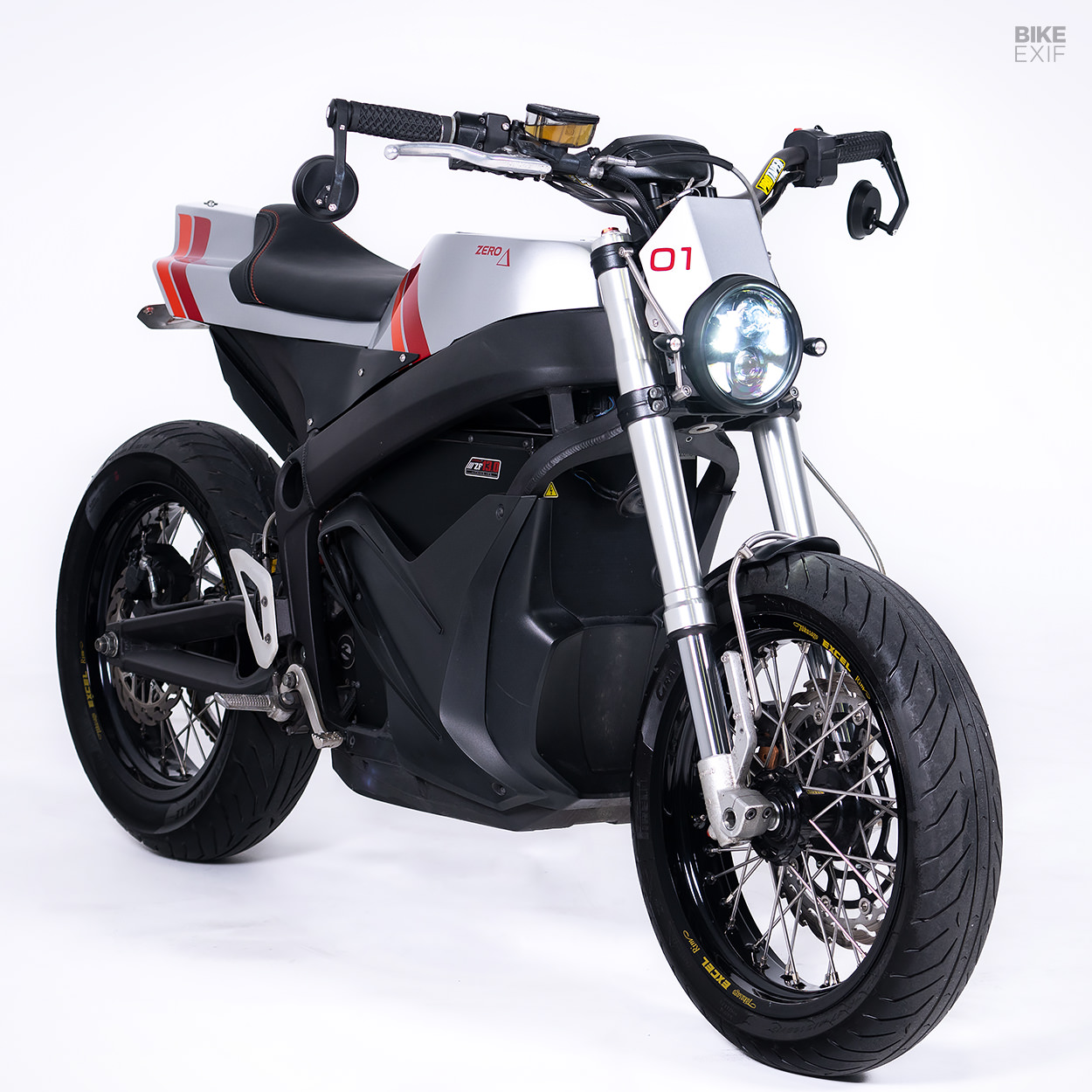 Grid Cycles are no strangers to electric bikes. A month back we featured their electrified KTM Freeride, a featherweight enduro with a retro bend. And having knocked that off-road build out of the park, Grid (a subset of Purpose Built Moto) looked to turn their talents to something road-going.

So what better place to start than with Zero Motorcycles? Now a stalwart of the motorcycling scene, they’ve got a moto to scratch whatever itch you’ve got—on or off-road. The donor that rolled into Grid’s workshop was the middleweight SR, which punches out a whopping 144 Nm of torque. 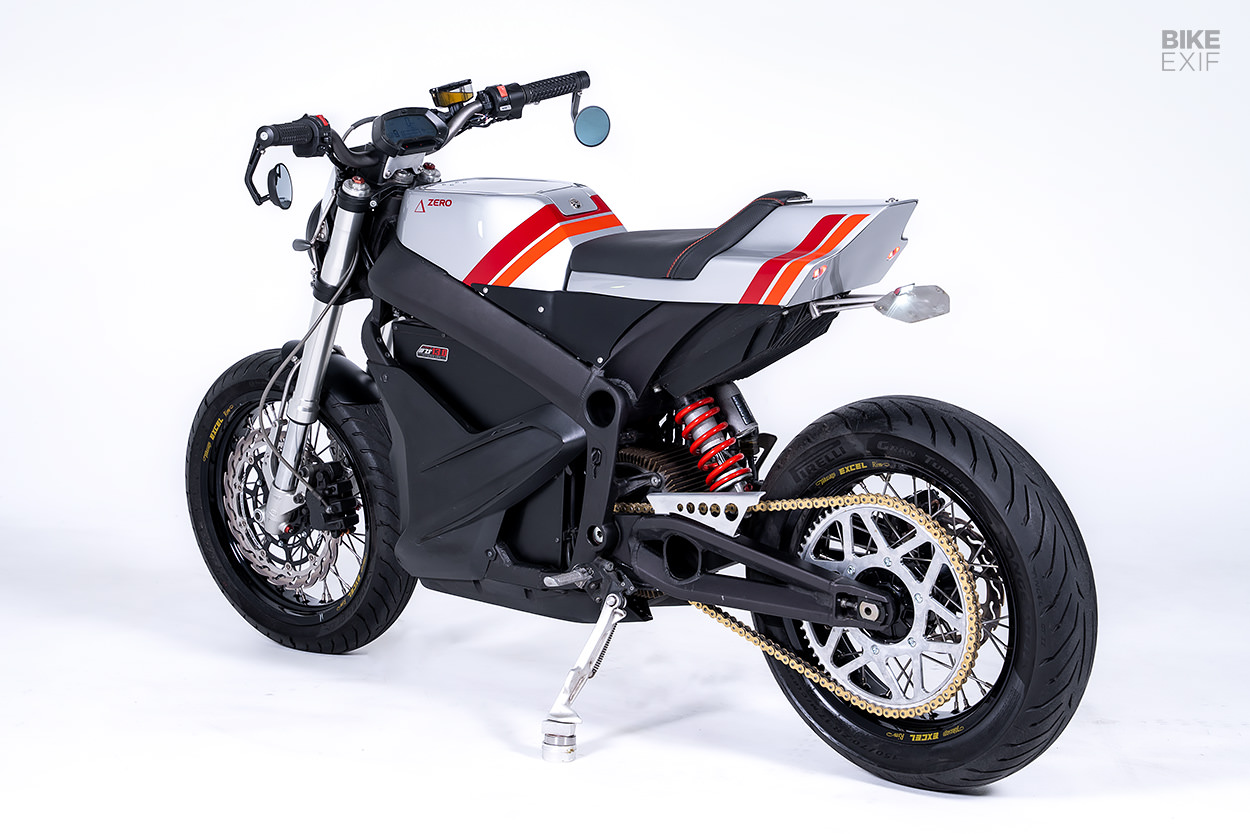 “This thing hits 60mph in under 3.3 seconds,” Tom says. “No clutch, just turn the key and twist the throttle. After a few back streets and corners I pointed it down a long straight. Then out of a left hand corner I ripped on the throttle and hit 80mph before some traffic lights.” 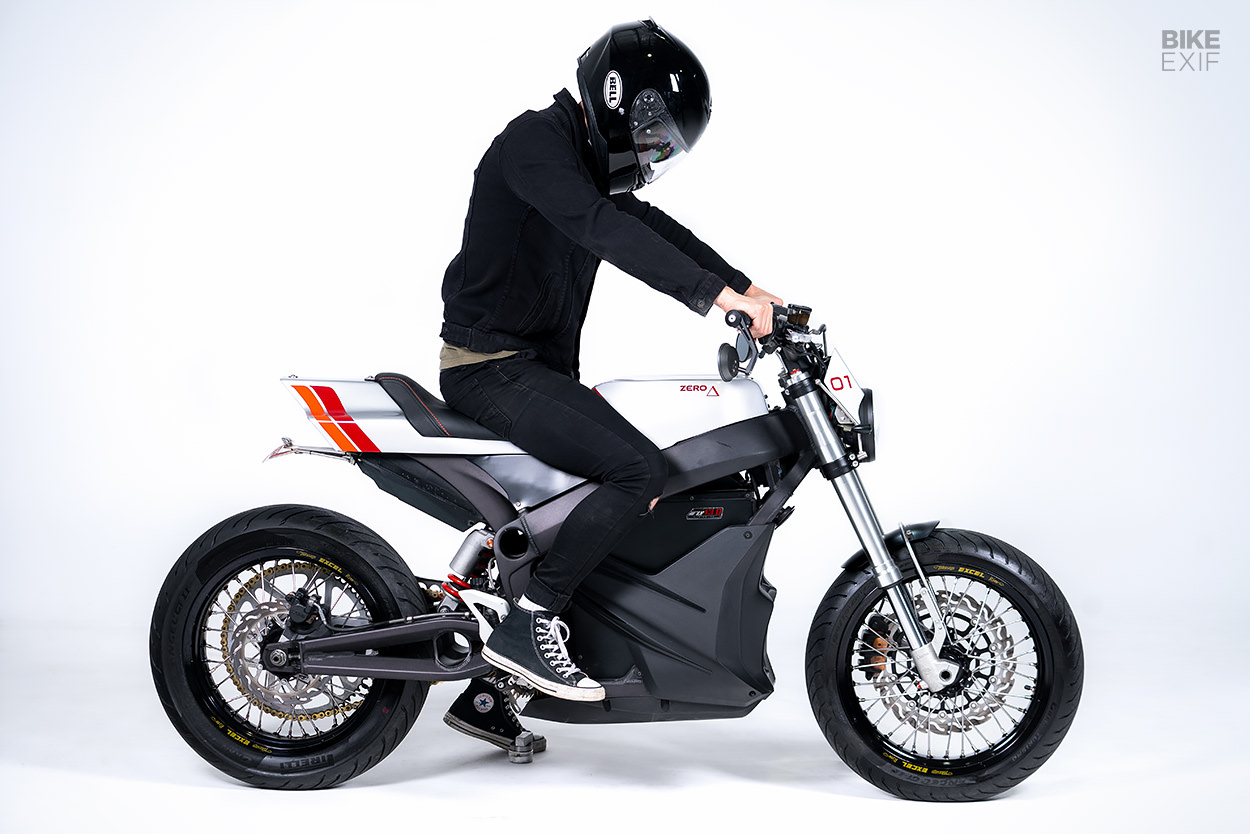 But while the Zero SR hauls ass, Tom admits the standard looks are a little pedestrian. “The styling is a little clinical and commuter-esque,” he says. “I wanted to simplify it and make the bike as functional as it ever was… and create a little nostalgia.” 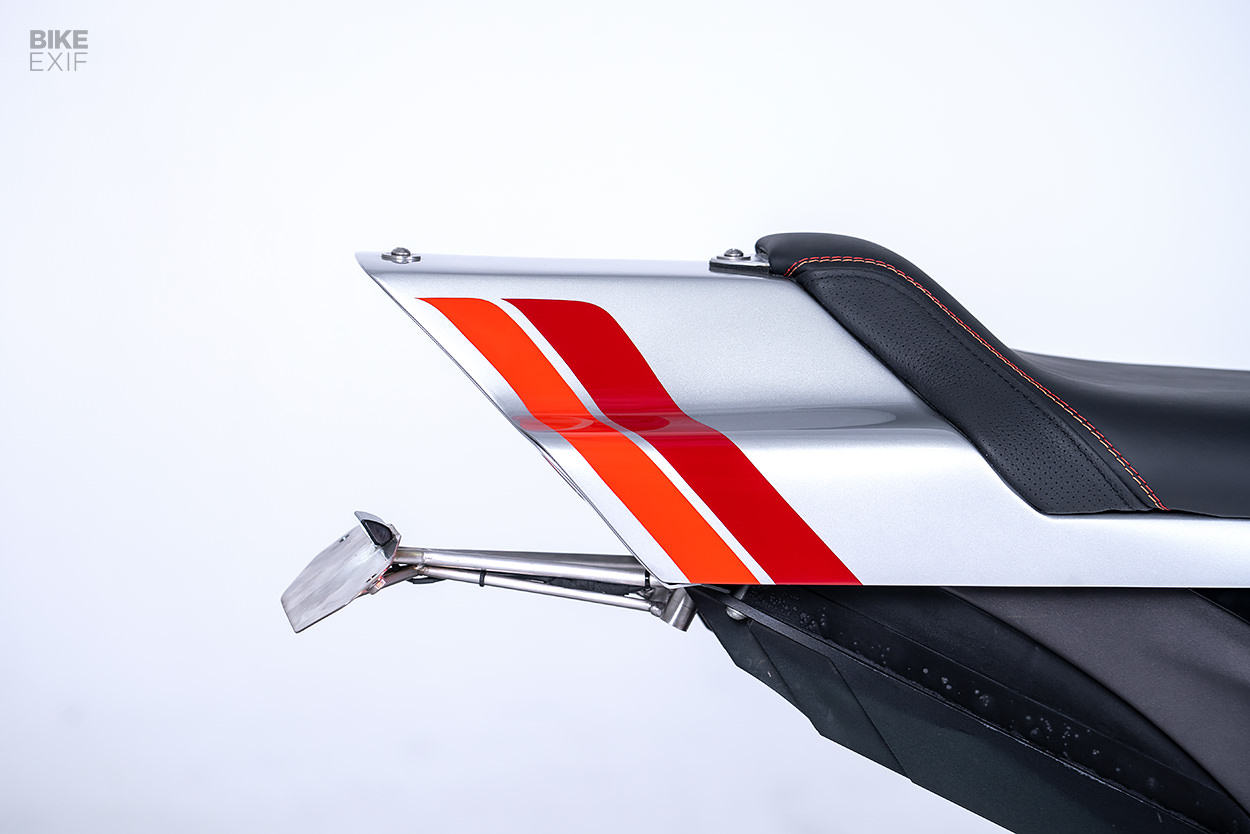 The first hurdle Grid had to overcome was the standard frame. Made from cast alloy and with a few Picassian angles, a quick trim was needed to bring the back end in line. From there, a street tracker tail was designed, with integrated 3-1 LED lighting.

With the new tail section shaved from foam and awaiting fiberglass work, eyes turned to the tank —which is actually a glovebox. “The stock Zero bike had a hollow section with a soft bag mounted in it,” Tom says. “I wanted to keep that utility but make it look better.” 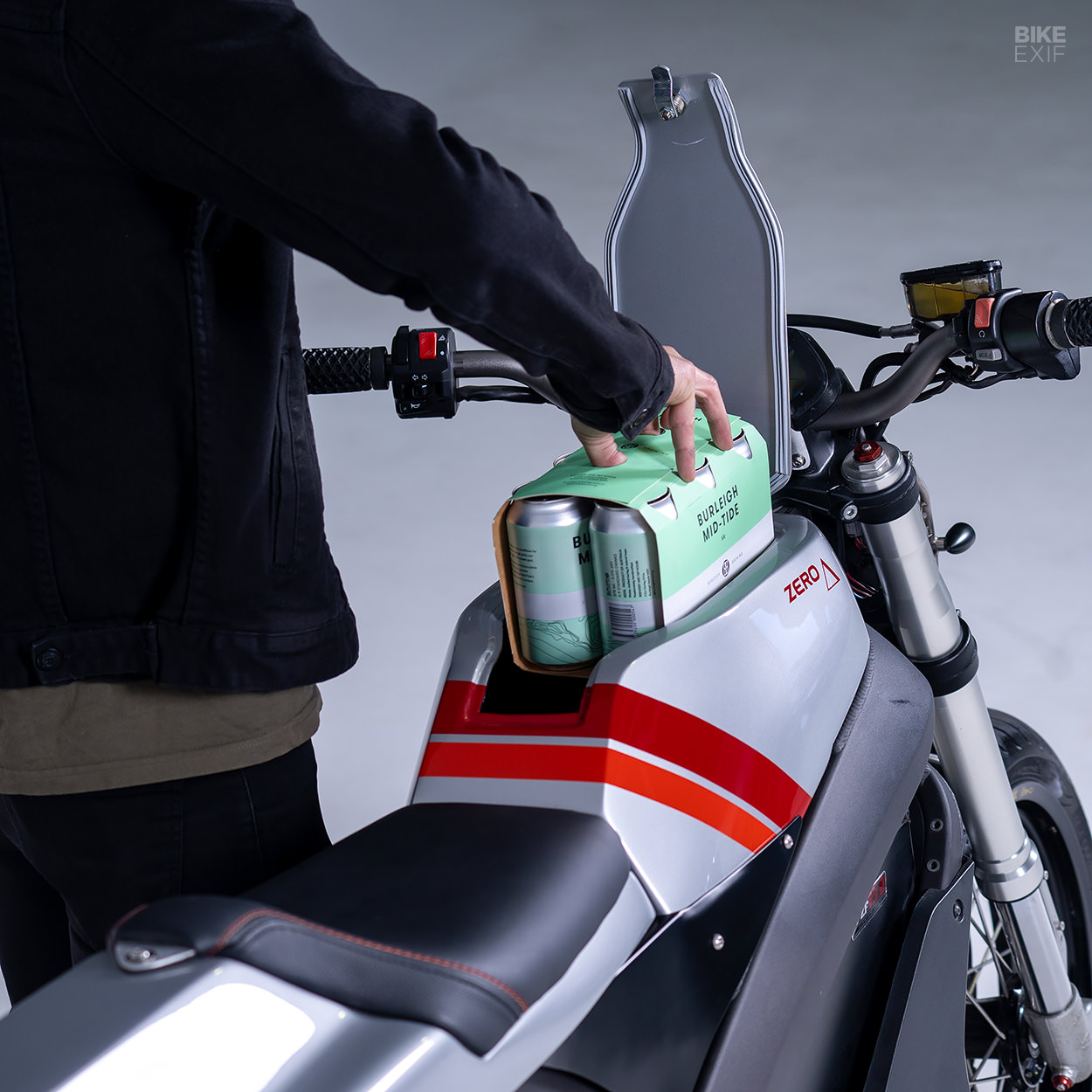 So he started carving shapes from foam, before ending on a slim and boxy tank, nicely matching the rear seat and complementing the rising angle of the twin spar frame. A lockable hatch creates a handy storage compartment that can store a six pack of beer—convenient in Australia where the amber liquid is frequently used for hydration, medicine and currency.

Up front, the tracker received a set of ProTaper bars, a new custom dash mount and Vans ODI grips. Purpose Built Moto supplied the headlight and turn signals, all brought together under a sleek aluminum headlight shroud. 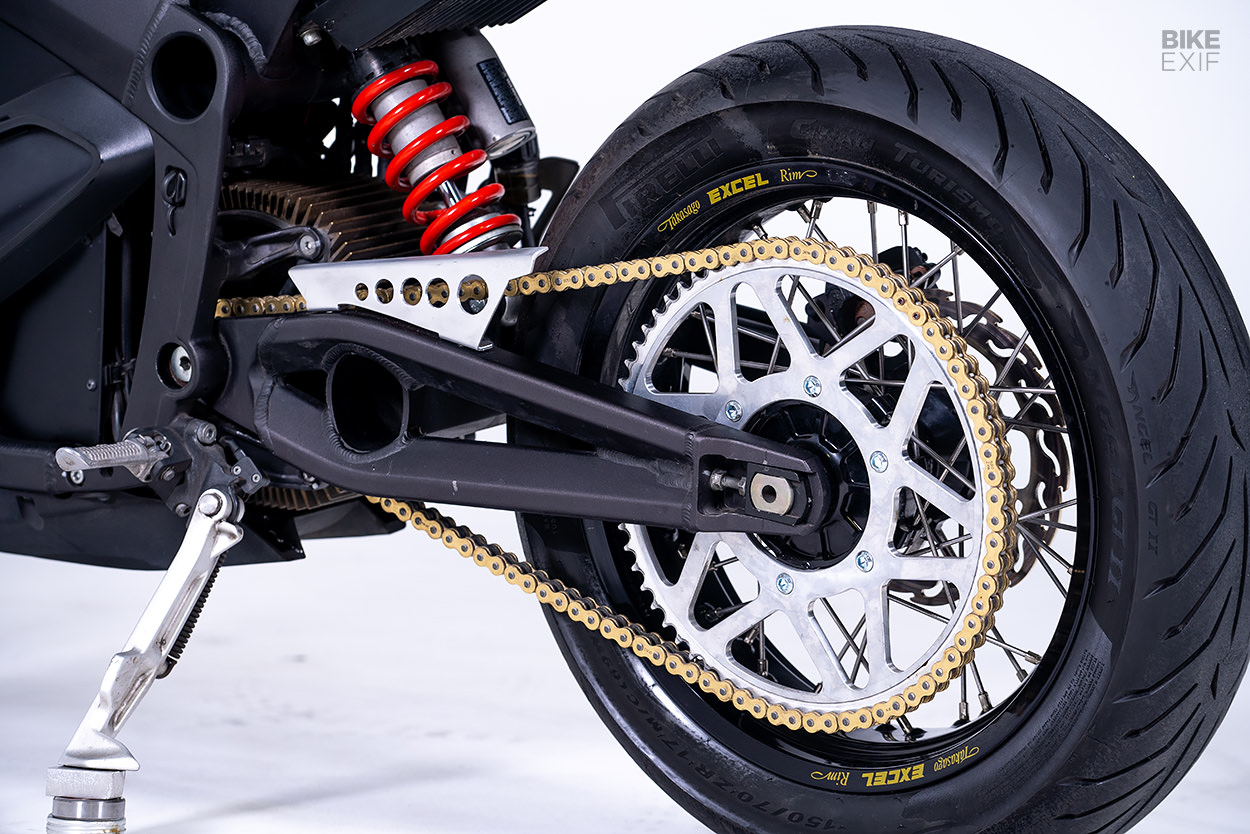 But the hard work didn’t end with the body. The stock Zero wheels were replaced with a set of lightweight aftermarket hubs, paired to 17” Excel hoops at the front and back. Driving the motard-sized rims is a chain conversion, a common modification for those who take their Zero off the beaten path, complete with a tidy little aluminum chain guard.

Bringing the whole design together is smart silver livery with some throwback orange-and-red highlights, nicely complementing the thin-line nappa leather seat with red stitching. And with a higher seat and lower bars, it’s a more aggressive ride too. 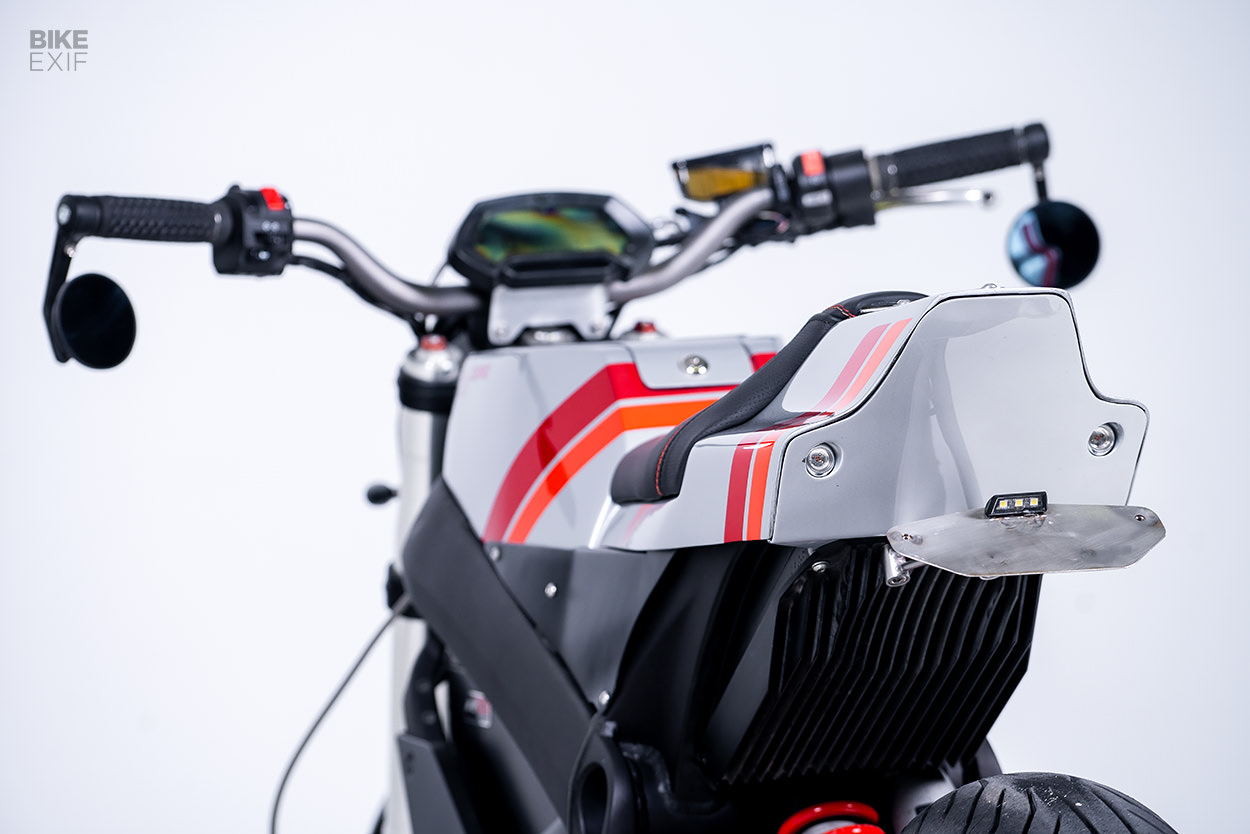 Grid Cycles’ work on the Zero SR should blow the anti-electric crowd out of their orthopedic shoes, with just the right amount of conventional good looks injected into the genre-bending e-bike. “The Zero always had the performance, but now it has the style to match,” says Tom.

And he’s not wrong. With the internal combustion engine starting a long march into the sunset, it’s custom houses like Grid Cycles that show us the future of electric custom rides is very bright indeed.