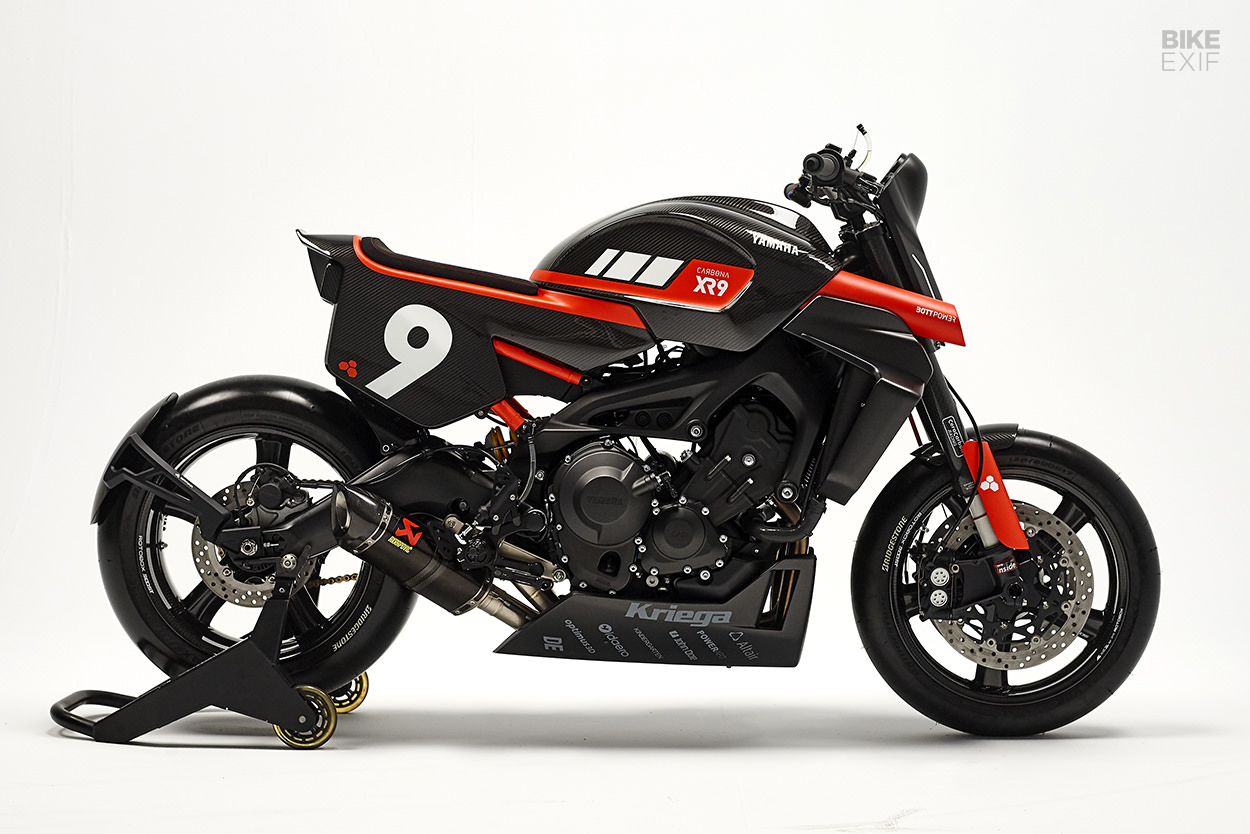 If Yamaha let you choose any one of their bikes to customize, which would you pick? For David Sánchez and the wildly talented crew at Bottpower, the choice was clear. They took the highly capable XSR900, and turned it into one of the most ferocious Yard Built bikes we’ve ever featured.

Yard Built is Yamaha’s long-running custom program, where builders are encouraged to customize bikes without cutting their frames. So as bananas as this prototype is, it’s been designed as a plug-and-play kit that anyone can buy from Bottpower. What’s more, the kit will fit the XSR900’s siblings too; the MT-09 and Tracer 9. 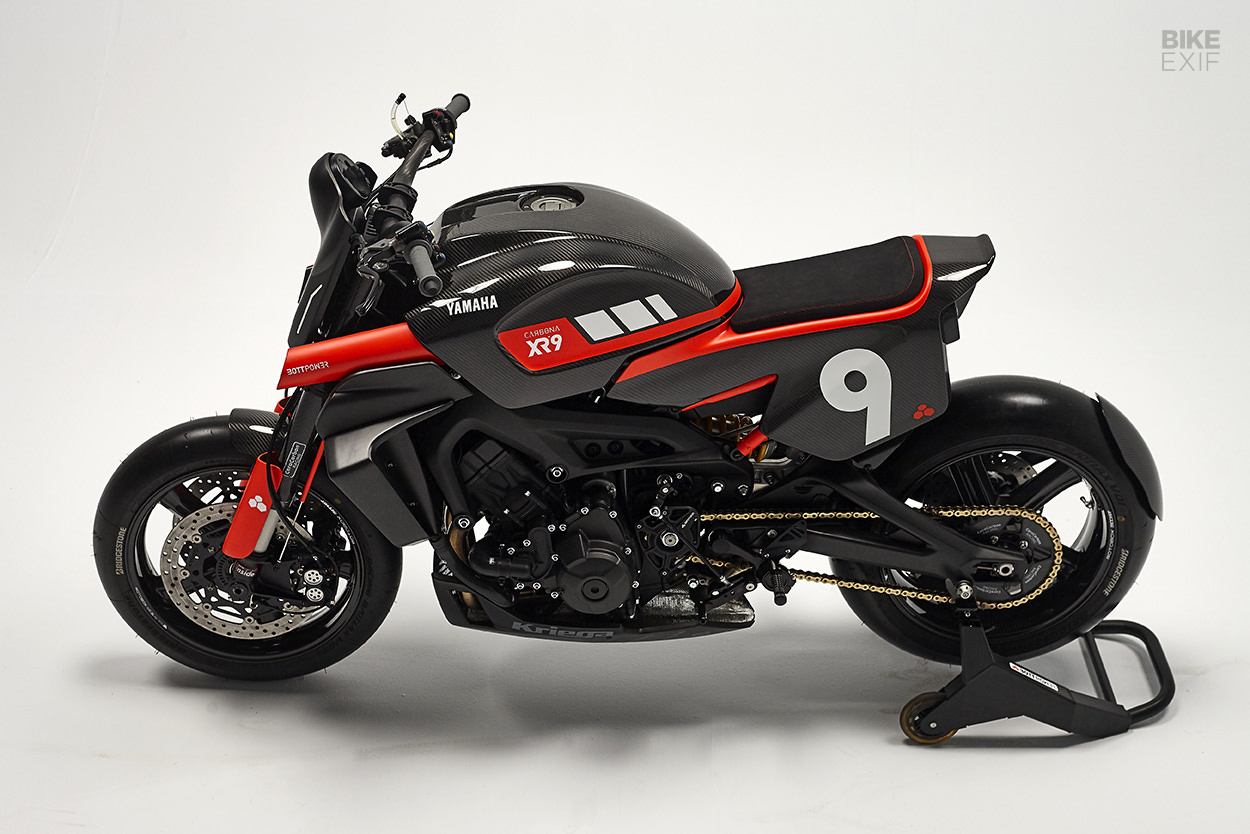 Dubbed the ‘Carbona XR9,’ the design takes inspiration from Bottpower’s Buell-powered BOTT XR1R racer that won its class at the 2017 Pikes Peak International Hill Climb. And as the name implies, it features a lot of carbon fiber.

Bottpower picked the XSR900 for its triple-cylinder ‘Crossplane’ motor, electronics package and nimble chassis. “We thought it was a very good base for a light and fast bike,” says David. “We kept with the same concept that we used on our Pikes Peak race bike: a powerful and light, big supermoto-style motorbike.” 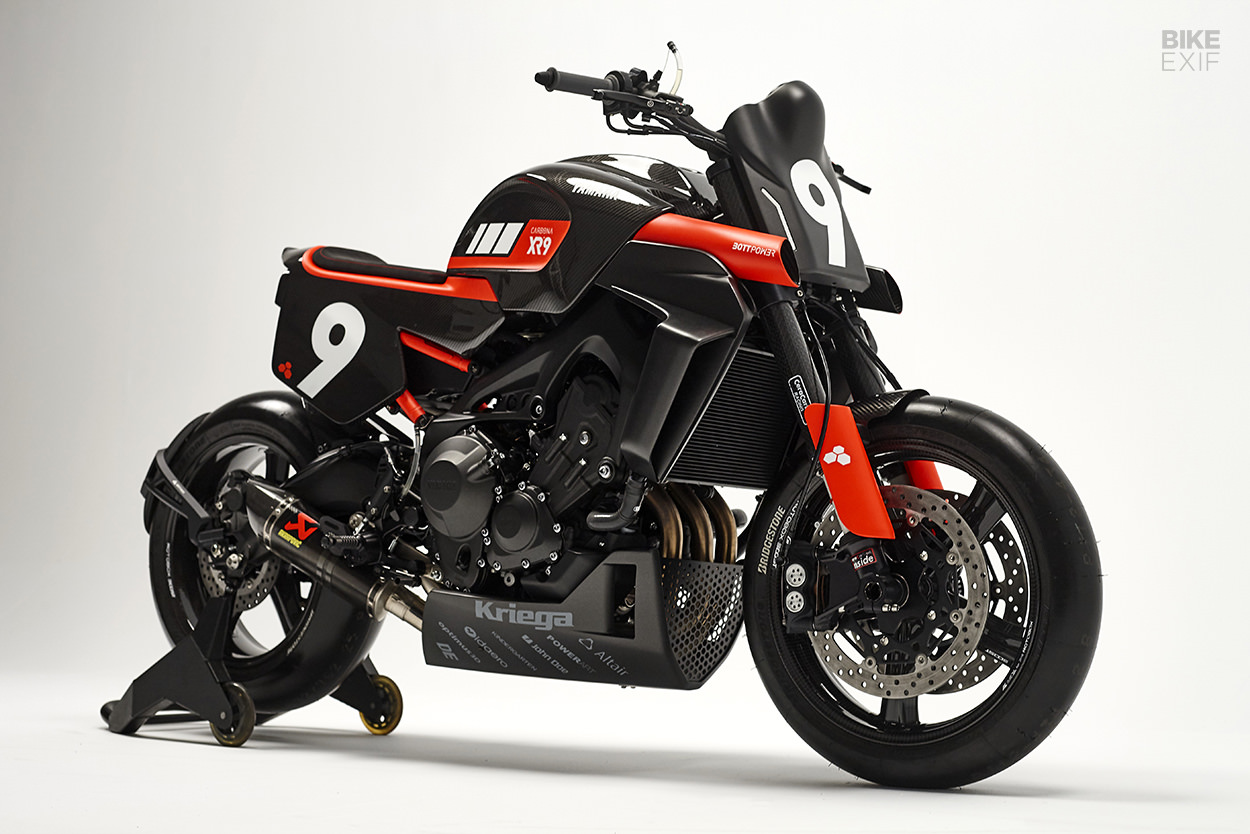 The design sure is aggressive, with most of the visual mass pushed forwards.

“The XR9 Carbona features a lot of optical mass around the engine,” explains Bottpower senior designer, Hugo van Waaijen, “meaning a stubby front and short rear. When looking from the three quarter front view, it reminded us of a pit bull with strong muscular shoulders (the fuel tank), and a hunched look, which creates a powerful stance.” 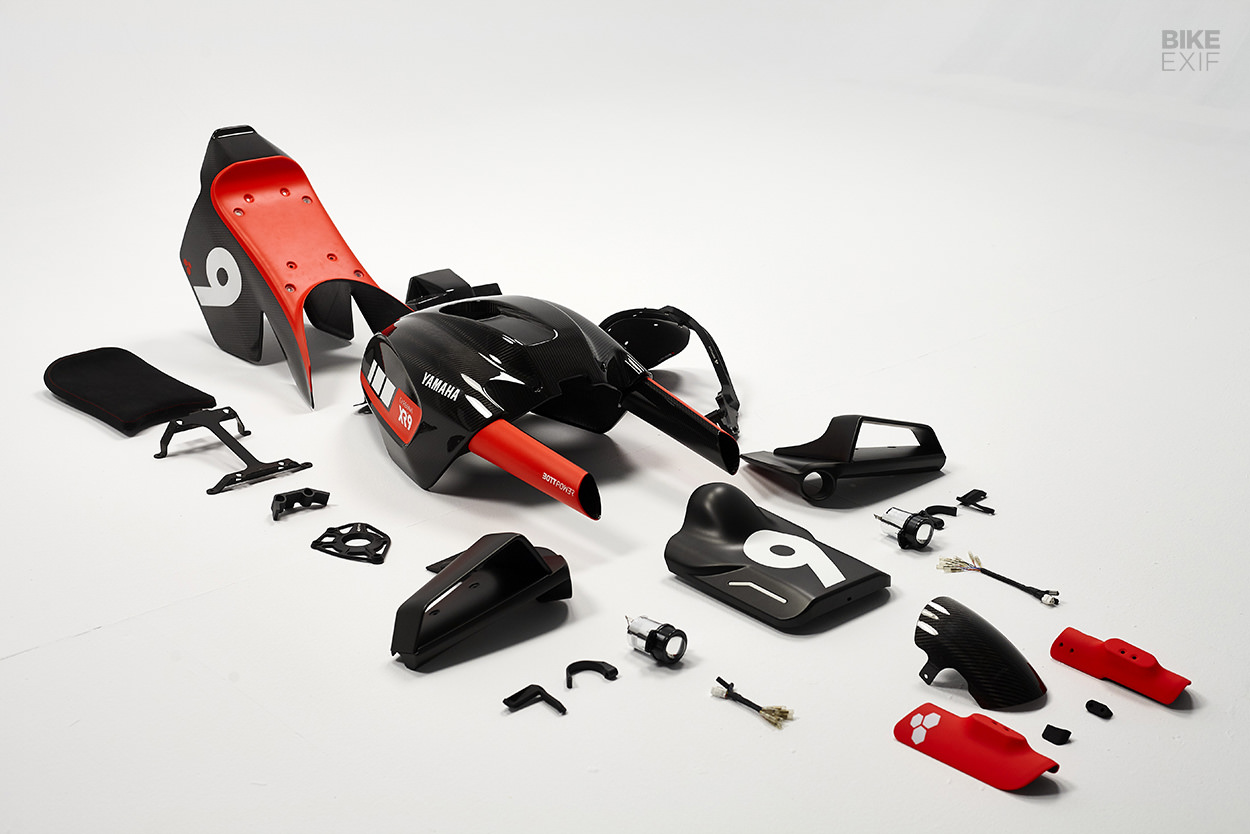 To create the kit, Bottpower first sketched out their ideas, before finalizing the design using 3D CAD software. Next, a model was milled out to make molds, which were in turn used to produce the final carbon fiber parts. “We have facilities for making carbon fiber parts in-house,” explains David, “but the kit parts are outsourced, because we prefer to invest our time developing new projects rather than producing parts.”

The carbon fiber kit parts include a new fuel tank cover with integrated air intakes, and a new tailpiece with wraparound number boards. The latter’s capped off with an Alcantara seat pad. 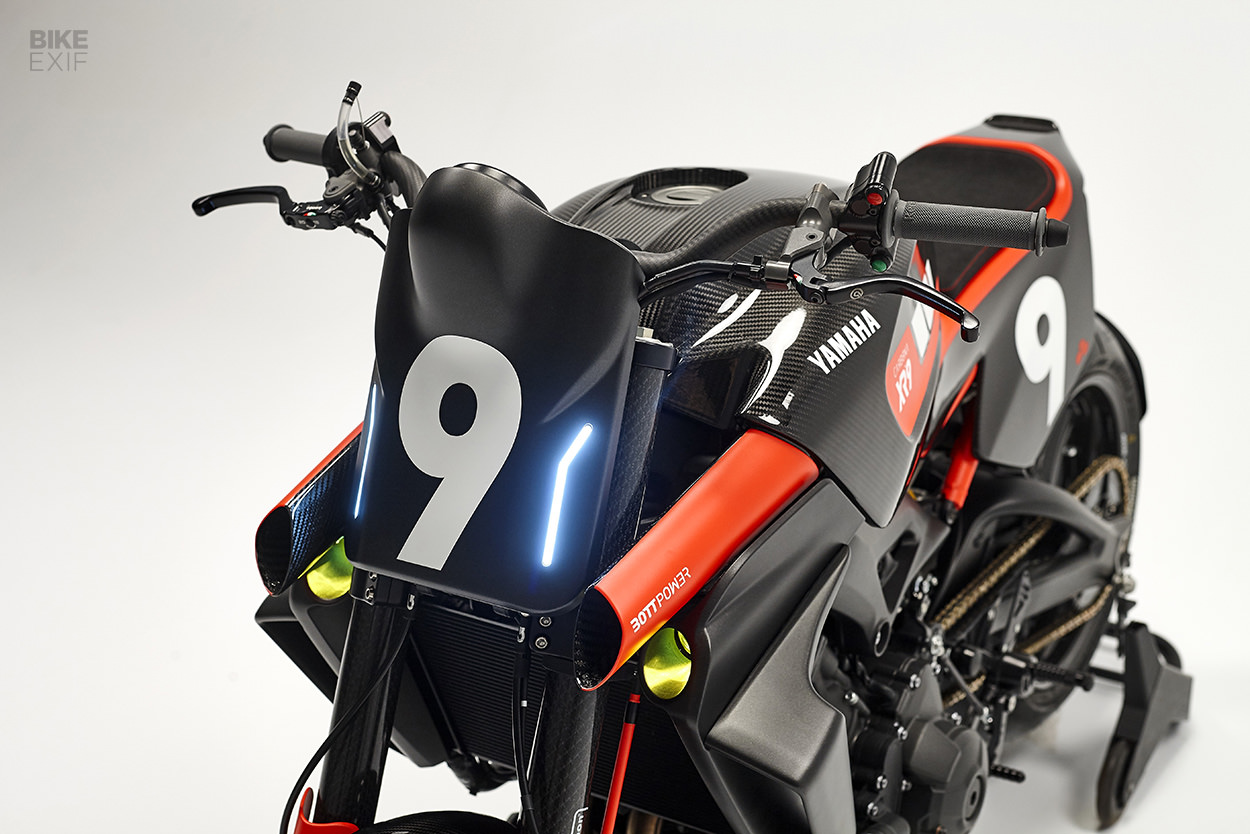 The kit also includes a couple of 3D-printed parts—including radiator covers with integrated winglets, and a number board-style nacelle for the front. The nacelle wraps neatly around the XSR900’s OEM speedo, and features a pair of built-in LED strips. Additional lighting comes from a pair of projectors hidden in the radiator covers, and a couple of LED taillights sunk into the tail section. 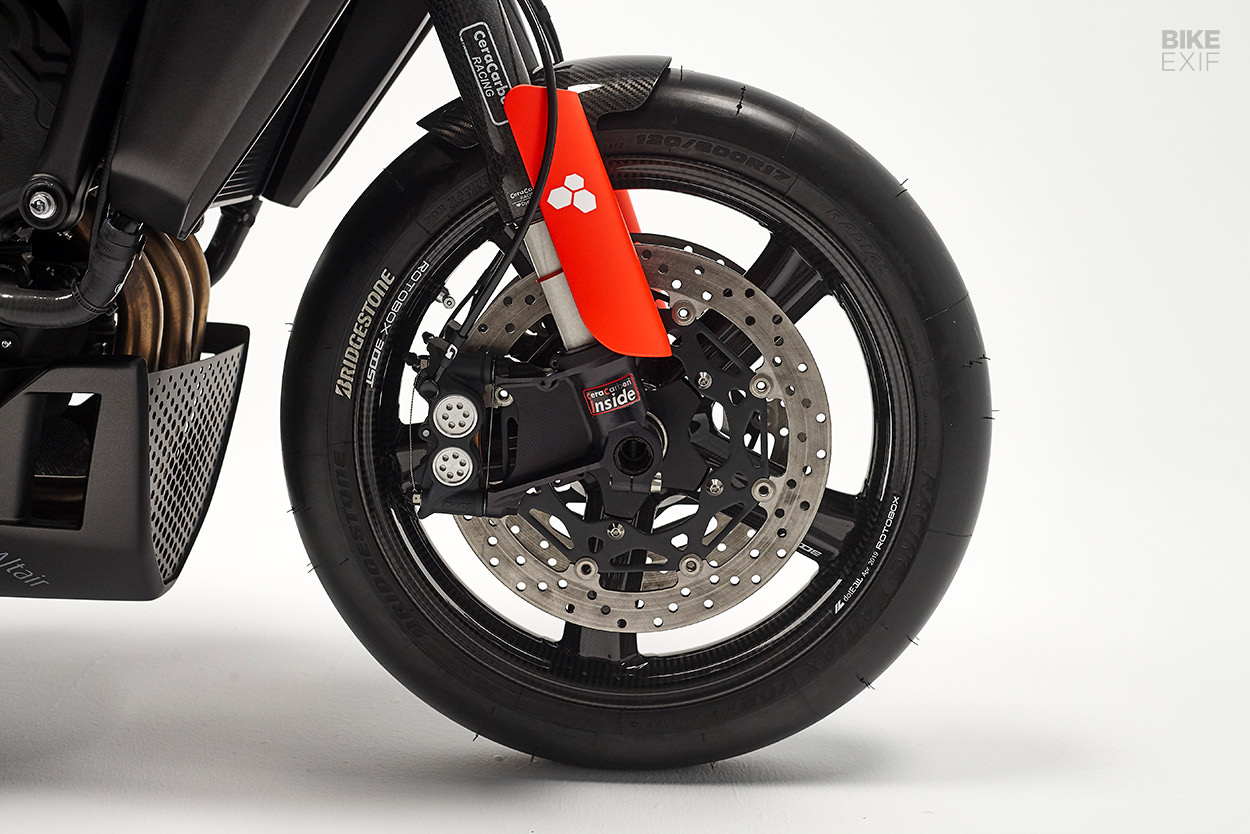 It’s worth noting that Pikes Peak wasn’t Bottpower’s first foray into racing—David is an experienced race engineer, and knows how to improve a motorcycle more than most people. So the XR9 prototype is also kitted with a lust-worthy list of upgraded components.

Its running gear includes a set of carbon fiber Rotobox BOOST rims, with custom titanium wheel axles and Bridgestone race slicks. The front forks are carbon fiber units from Ceracarbon, with Öhlins TTX cartridges inside, and an Öhlins shock out back. The front brake setup’s been scalped from a Yamaha R1, and the rear sprocket’s another carbon fiber part from Ceracarbon. 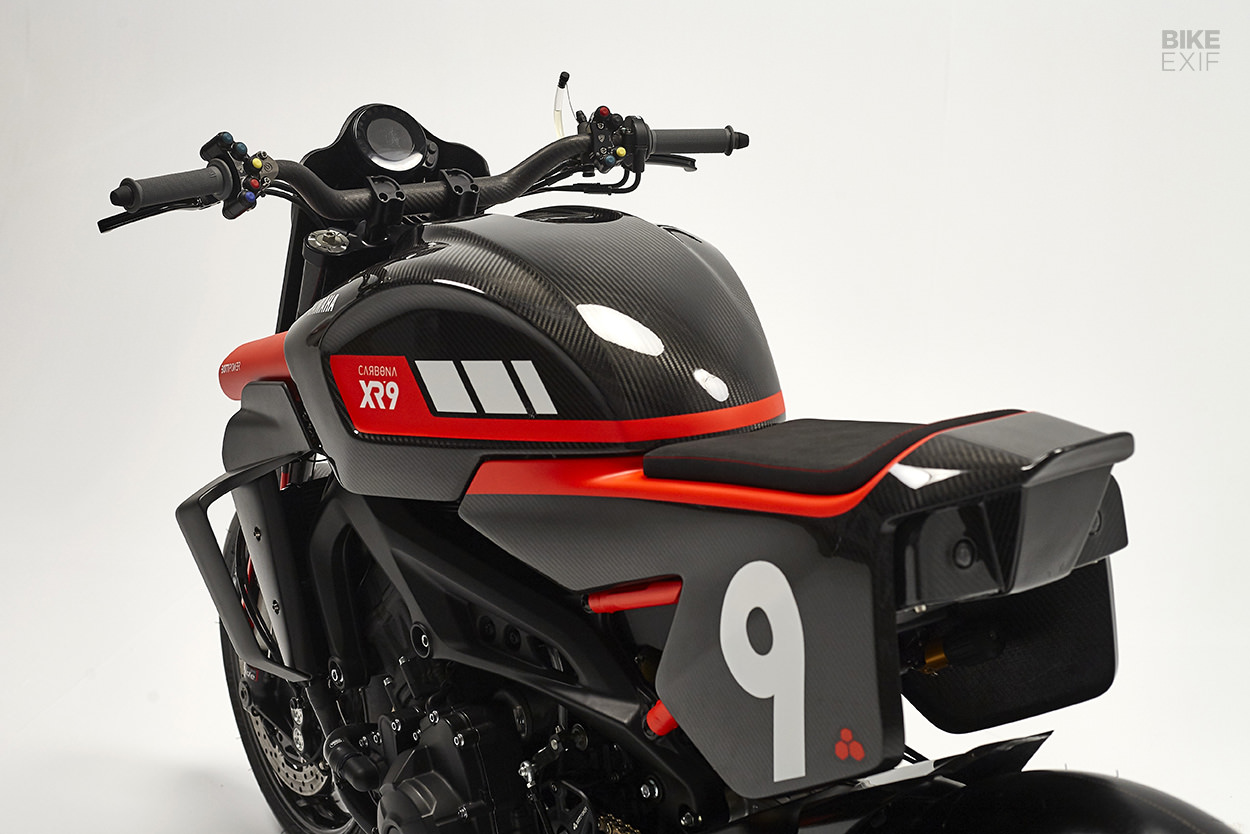 If you’ve got an XSR900, MT-09 or Tracer 9 that’s begging for an upgrade, the basic kit starts at €4,975. But that’s without all the extra fancy bits on this one. So if you’re wondering if the XSR900 looks just as good with just the basics, rest assured: it does. 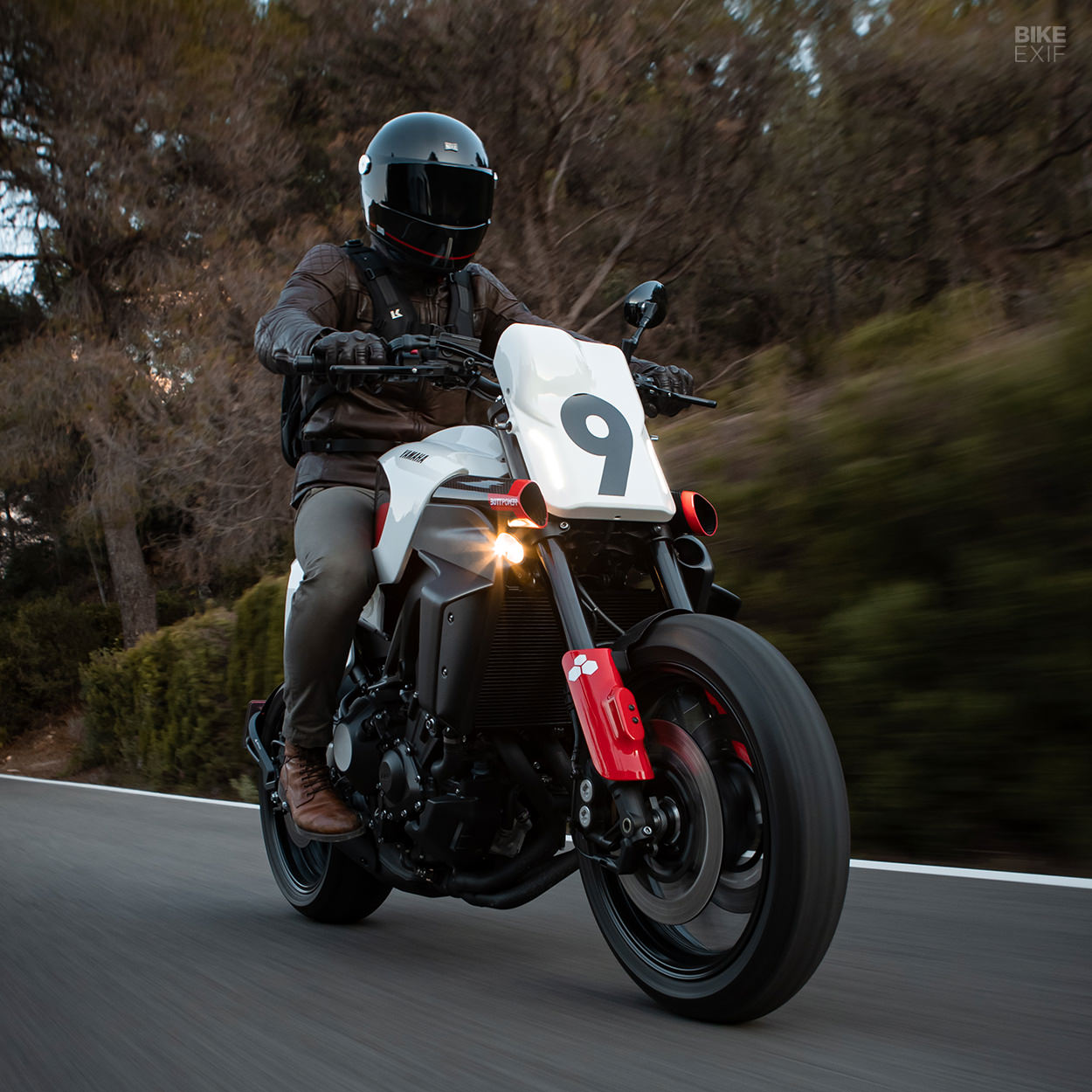 To prove it, Bottpower built a second bike that uses the XR9 kit, but retains the Yamaha’s stock running gear. It’s the white bike pictured above, and it has turn signals and street rubber too, making it fully street legal.

“We wanted this second unit to show that this project is not just about a racing prototype,” explains David. “We also wanted to show that we are producing a kit that people can buy and enjoy every day on their street bike.” 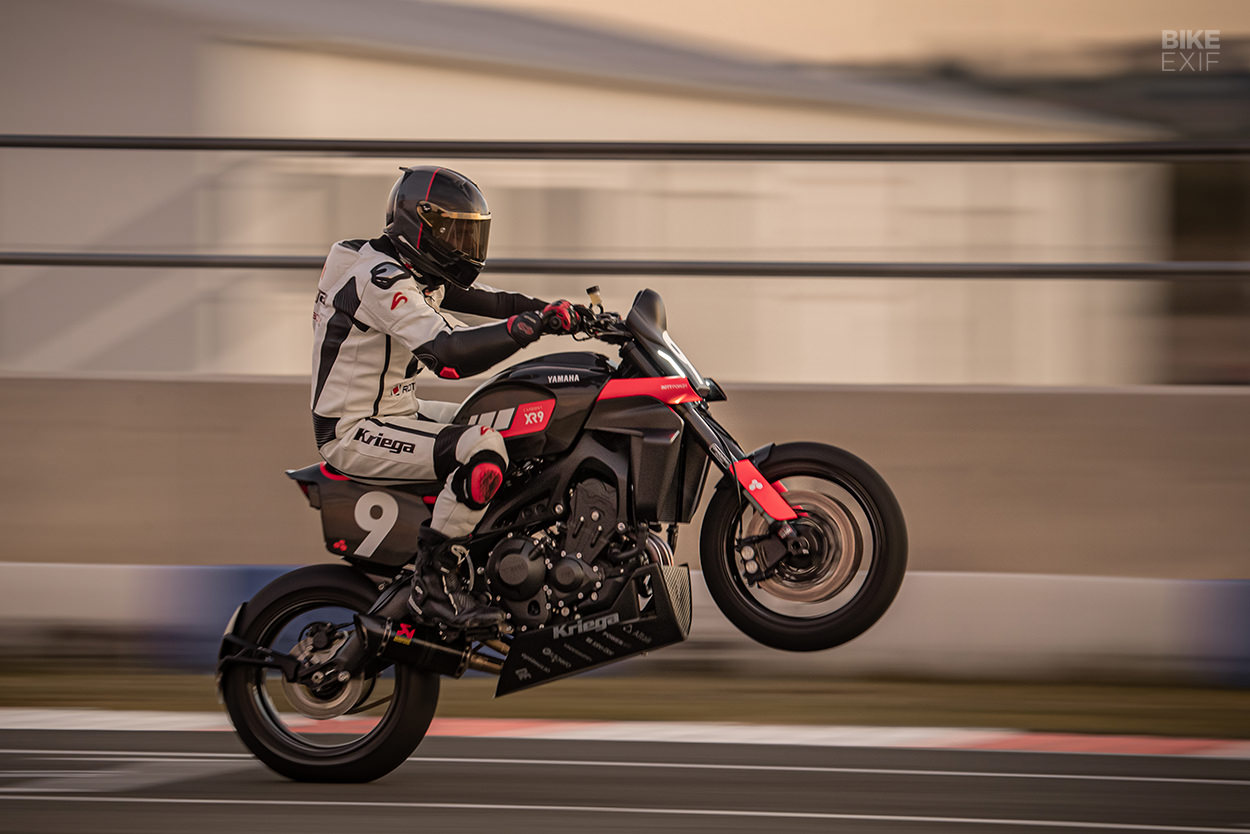 It’s a home run for the Spanish shop, but they aren’t resting on their laurels just yet. They’ve just moved their workshop to the Ricardo Tormo MotoGP track in Valencia, and are planning to cram in tons of track time to push the XR9’s development further.

We can’t wait to see what they come up with next. 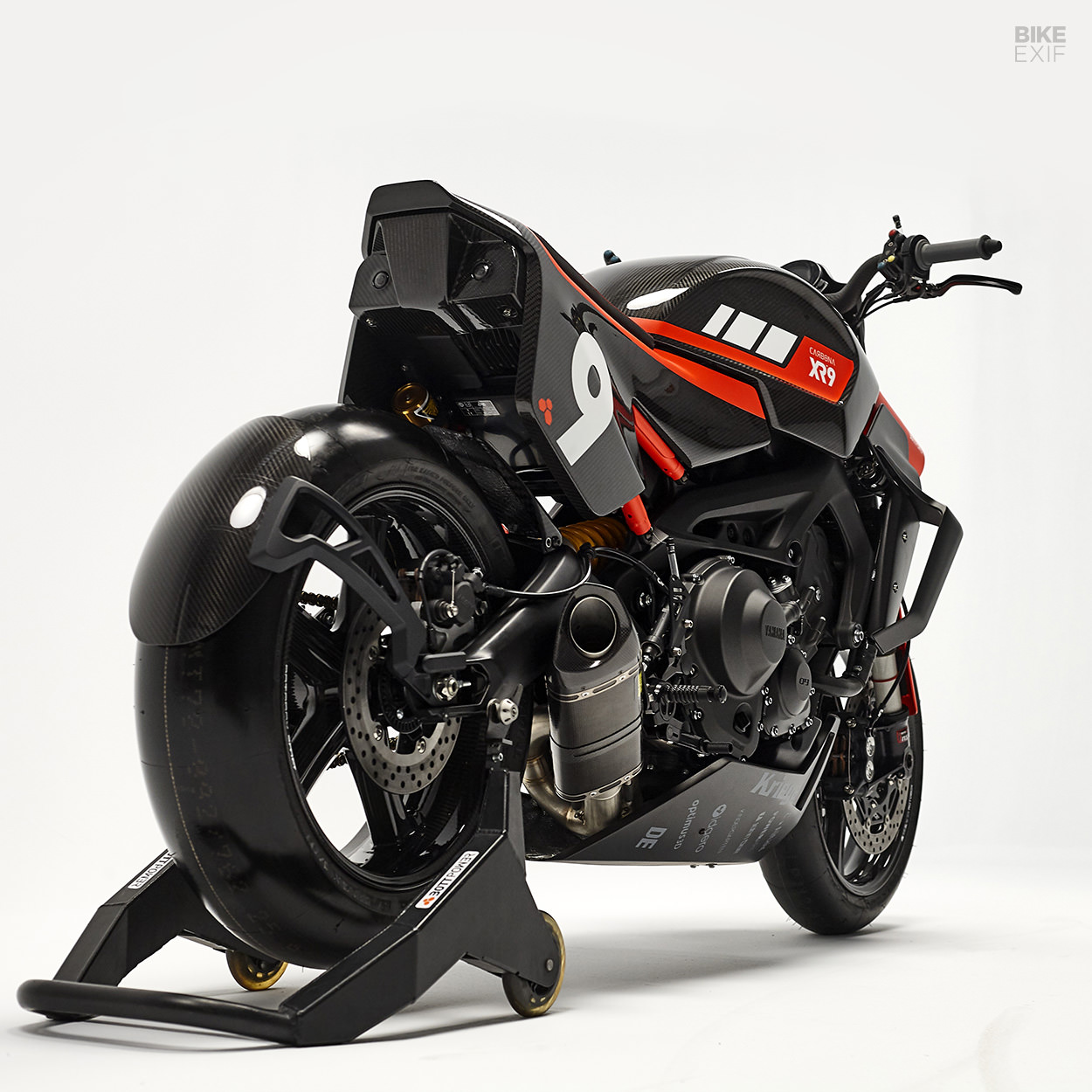