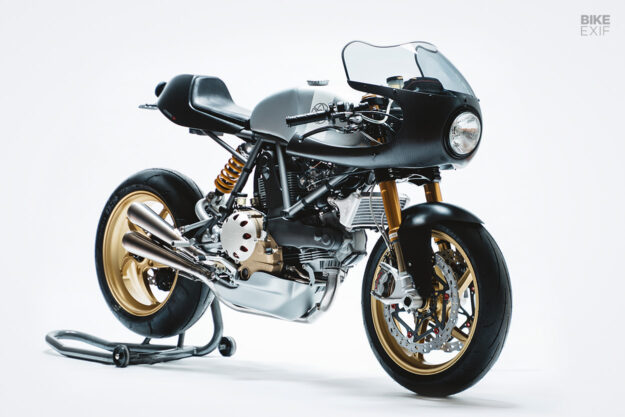 Walt Siegl has built everything from 50s era Harley panheads to modern KTM enduros. But if there’s one thing his New Hampshire-based shop is known for over anything else, it’s custom Ducatis. Specifically, his vintage-inspired Ducati Leggero builds.

Ducati Leggeros are emblematic to the Walt Siegl Motorcycles brand. They are equal parts form and function, design and execution, modern performance and vintage sex appeal. 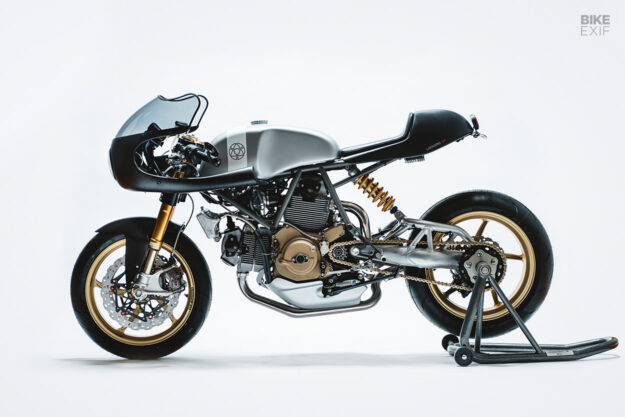 Every new Ducati Leggero that emerges from the WSM garage shares a common and unmistakable design thread, yet historically each new build has been distinct from any that came before it. This year, however, Walt is trying something new.

“I have been working by myself for the last few years, which I enjoy,” he tells us, “but it stretches the waiting list for my bikes to at least two years out. This fact was discouraging to some potential clients and put a lot of stress on me personally. Since the Leggero is my most ordered model, I decided to build, for the first time, four identical Leggeros—built to my preferred specifications—as inventory.” 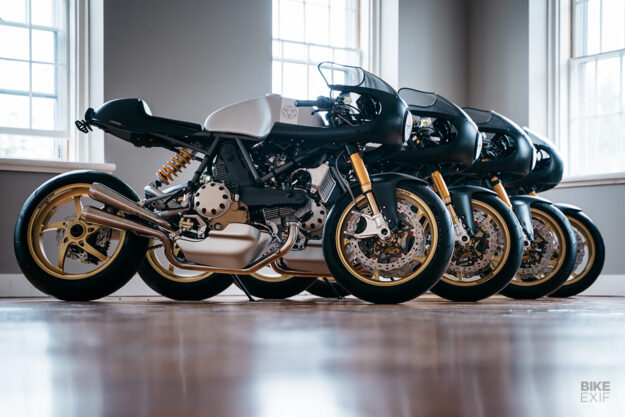 This is a radical departure from the norm for Walt, and as such, required a radical reimagining of how the bikes themselves were built. Finding a way to replicate the quality and craftsmanship of hand built parts was a major challenge, and Walt had to turn his gift for design and engineering to the production process itself.

Heavy-duty tooling for an autoclave system had to be built by hand for the carbon fiber bodywork. New jigs had to be built from scratch to ensure proper fitment of parts that were previously one-off pieces. Concrete molds had to be cast for the distinctive aluminum tanks. 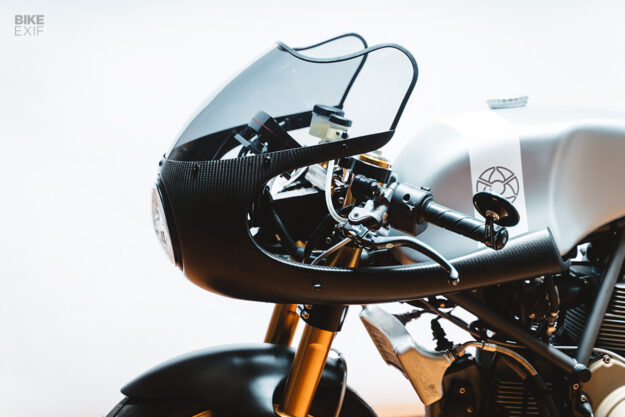 It was a monumental effort, but one that has clearly paid off for Walt. His previous one-off builds have absolutely oozed the better-than-factory quality and finish that WSM is known for. Yet somehow, for this new run of bikes, Walt’s ability to reproduce that same level of quality at scale is almost more impressive than the machines themselves.

Pick any one of the four bikes shown here and you’ll see what we mean. Without any input from his customers directing the design, Walt was free to choose finishes that accentuate the surface quality of each individual part and material, rather than simply painting over them. 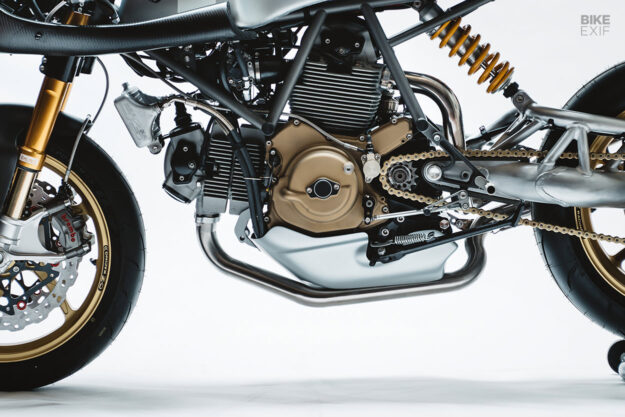 The swingarms, for example, are covered in a clear semi-gloss coating, which Walt says allowed him to showcase both the intricate welds, and the deliberate hand finish applied to the metal. The beautifully shaped carbon fiber bodywork is a similar story, with the texture and quality of the weave left on full display for the fairing, fender, and tail sections.

Like all Leggeros that have come before, these latest four are also a love letter to the late 70s and early 80s Ducatis that Walt holds in such high esteem. The sweeping front fairing, narrow tail, and distinct fuel tank all hark back to the bygone era of early Ducati 750 and 900 Supersports. 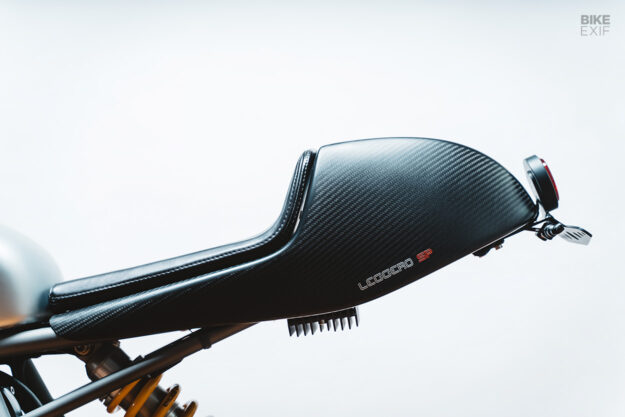 Subtle badging is tastefully applied in a retro Ducati typeface. The dry clutches rattle away satisfyingly beneath their open covers. Walt’s latest Leggeros lack nothing in terms of retro charm—but as always, no stone was left unturned when outfitting these bikes with modern performance.

Each of the four Leggeros is built around a chromoly WSM frame. Their running gear includes full Öhlins suspension front and rear, with forged OZ Racing wheels, coated gold to match. Brembo calipers clamp down on beefy Brake Tech rotors all around, and run through braided Spiegler brake lines to Brembo master cylinders. 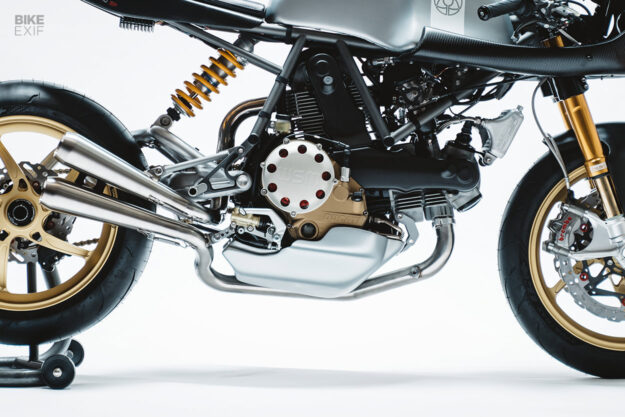 In terms of engine performance, the new Leggeros come in two flavors. Two of the machines sport donor engines from Ducati 900 Supersports, while the other two use 1000 cc power plants from GT 1000s.

The 900 engines have been bored out to 944 cc, while the 1000 cc plants maintain their original displacement. Both versions get the full performance treatment by Walt’s long time engine builder, Bruce Meyers, and are finished with immaculate ceramic coatings on all outer surfaces. The list of engine modifications is far too long to dive into here, but it includes Meyers Performance pistons, and extensive blueprinting, porting, balancing and lightening. 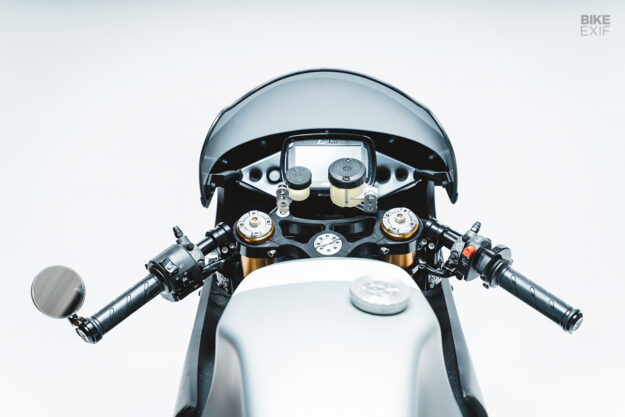 Walt says the electronics for this run of Leggeros is also a first for the series. Rather than using the factory performance ECUs that have adorned his previous builds, these Leggeros sport upgraded Fuel Tech ECUs and custom wiring harnesses from Racespec. These ECUs increase the tuning potential for the 90-degree twin motors, and come with the added bonus of handsome touch-screen displays.

These pure Leggeros want for nothing in style or performance, and if you want one for yourself, we’ve got good news: you can buy one, right now. No two year waiting list. No donor bike required. 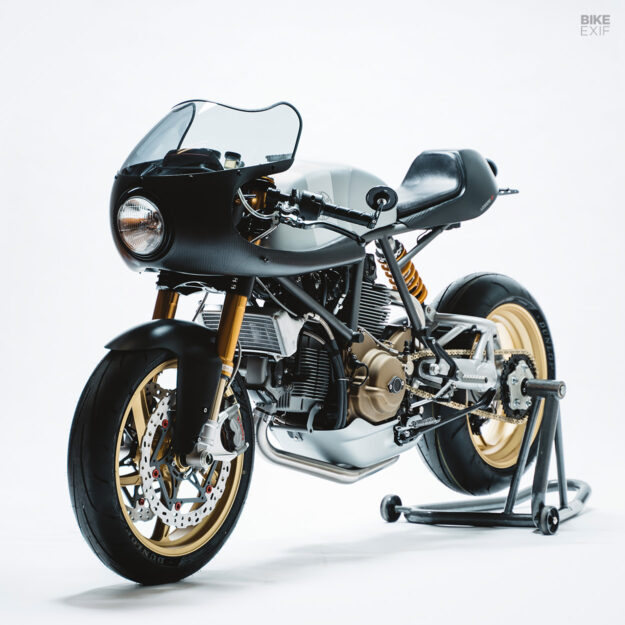 If you’re still on the fence, we don’t recommend hanging there for too long. Two of the bikes have already sold, and if the current WSM waiting list is any indication of demand, this may be your last chance to add a new Leggero to the garage for a long time. 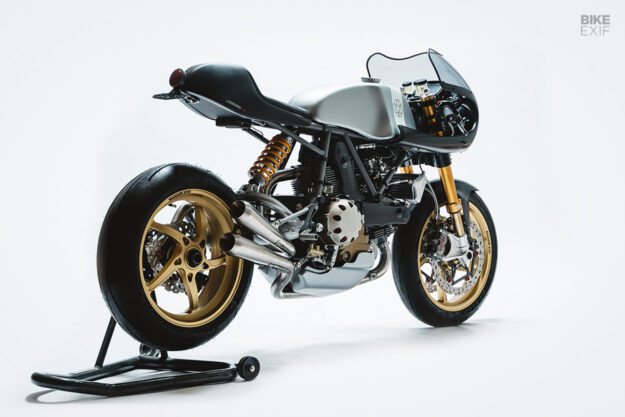