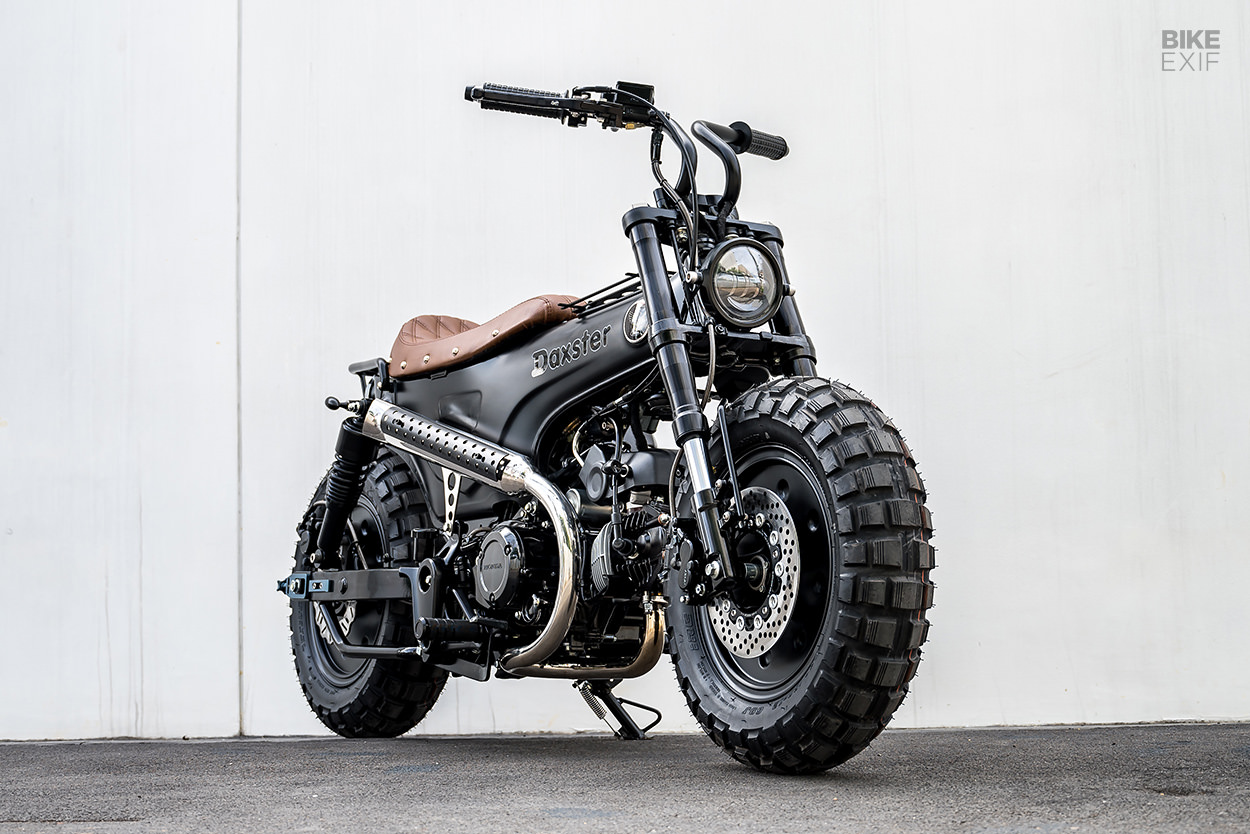 Every time Honda releases a modern iteration of one of their iconic pint-sized motorcycles, K-Speed pounces. The Thai workshop and parts manufacturer loves little bikes, and regularly sets the internet ablaze with their Honda Super Cub and Monkey customs. Now they’ve worked the magic on the new Honda Dax—and, predictably, it’s another hit.

That’s right, the beloved Honda Dax is back (although it’s yet to be released in the US, where it was originally known as the CT70). Its official title is the Honda ST125 Dax, because it’s powered by the same 124 cc air-cooled single as the modern Honda Cub. It blends the Dax’s classic T-shaped pressed steel with a few modern touches, and it’s as cute as a button. 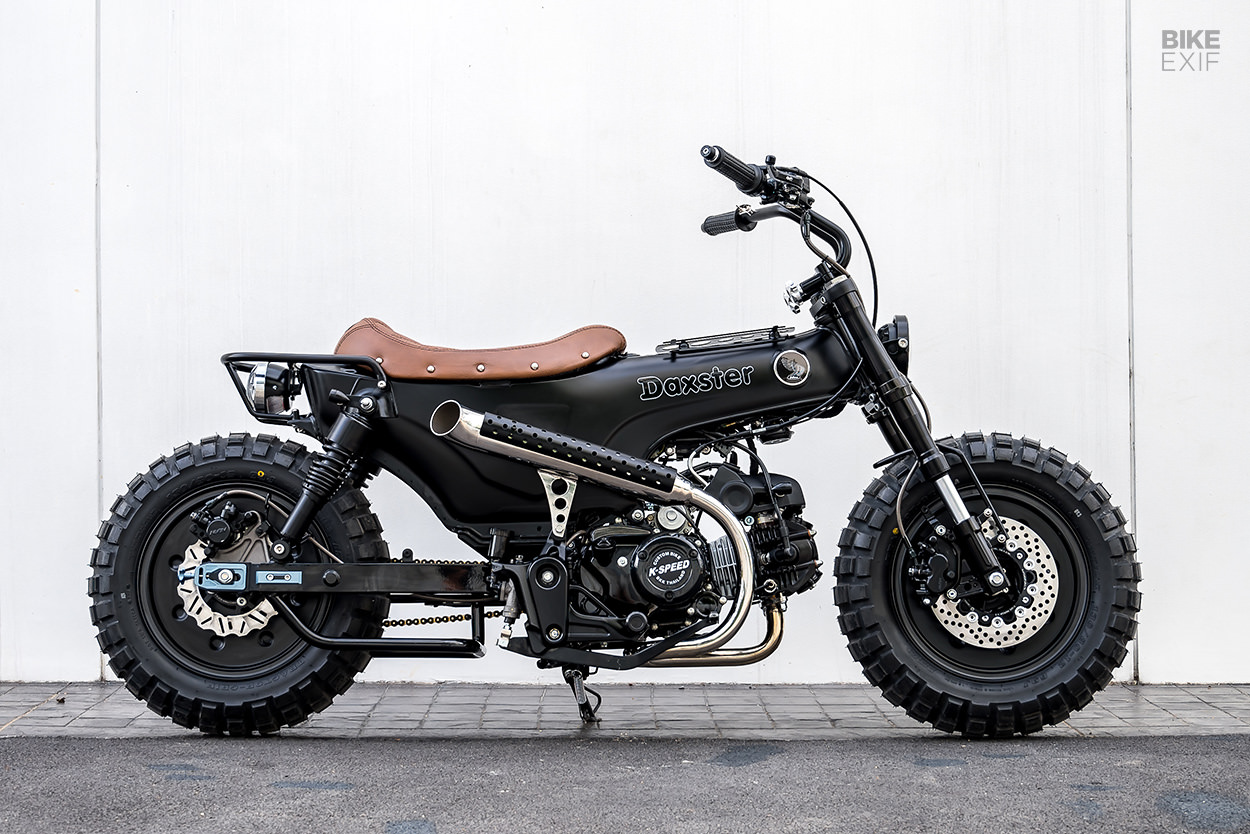 K-Speed founder, Eak, has a particular love for the Dax; he owned the 50 cc version of it when he was thirteen. Fueled by nostalgia, he set out to give the new Dax a major dose of K-Speed’s signature style—and in the process create what is quite possibly the first custom 2022-model Dax.

Dubbed ‘Daxster,’ this murdered-out mini-scrambler is also a test bed for prototyping new parts, for K-Speed’s in-house ‘Diablo’ brand. So although it features a number of one-off mods, it’s also loaded with parts that Dax owners will be able to slap onto their own bikes. 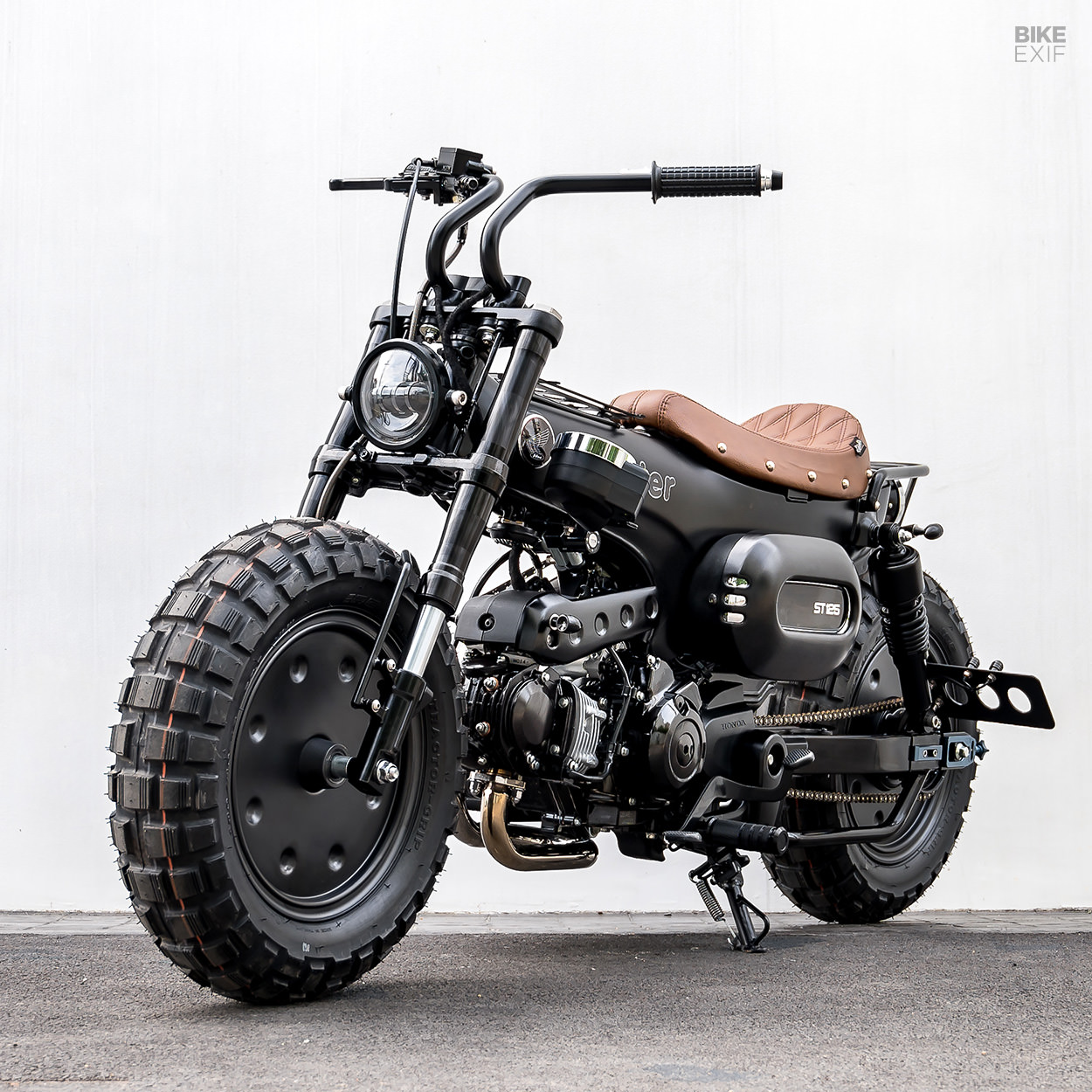 We’re not just talking about turn signals and grips either. One of the most significant plug-and-play mods on this Honda is the burly upside-down front end. The setup includes specially designed forks and yokes, and sits 3” lower than stock (with an option to lower it by another inch). 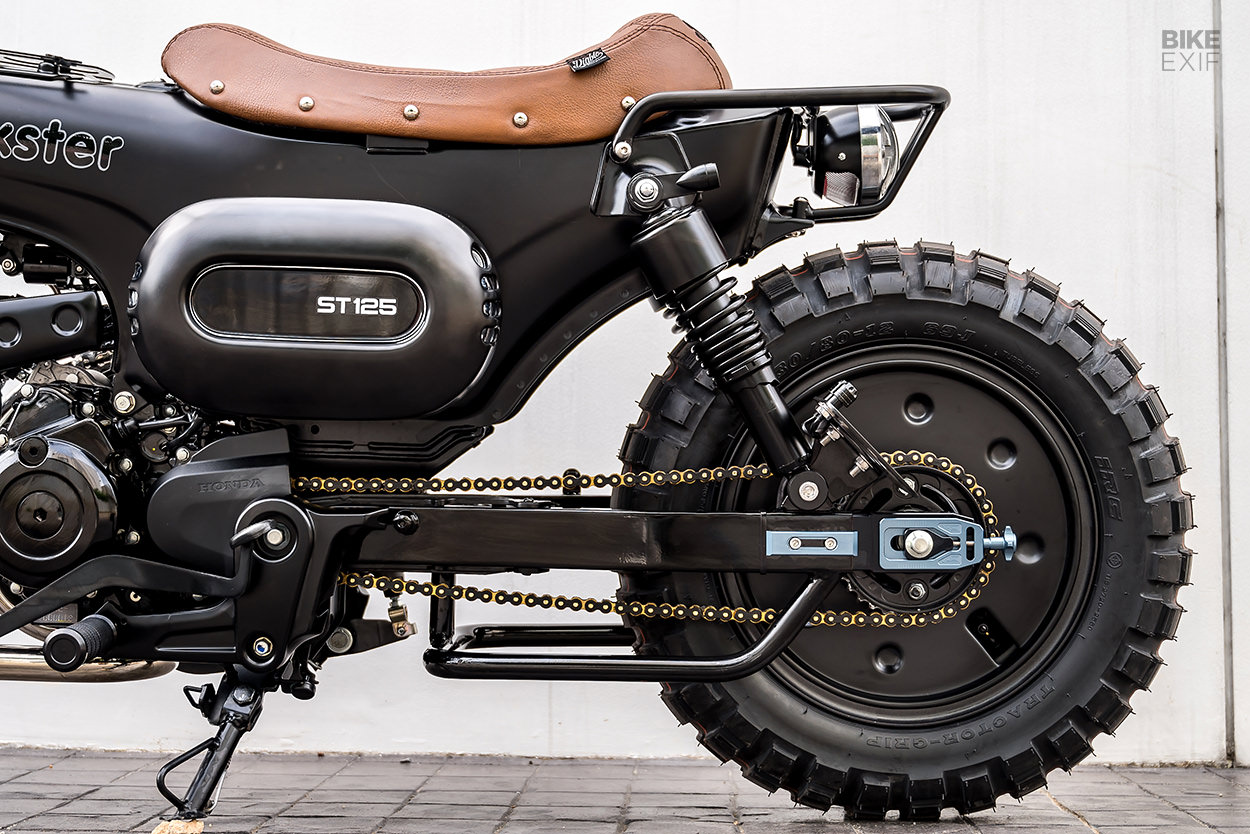 K-Speed fitted a pair of lowered Diablo shocks out back, then extended and braced the swingarm. The Dax’s OEM rear fender and grab handle are gone, replaced by a custom made luggage rack that wraps around a Diablo taillight. As for the frame itself, that’s still stock.

The team did some clever tidying up around here too. The passenger pegs are gone, but their mounting brackets have been trimmed back rather than binned, since they protect and support various other bits. Sitting on the left is a tidy license plate holder, bolted to the lower shock mount. 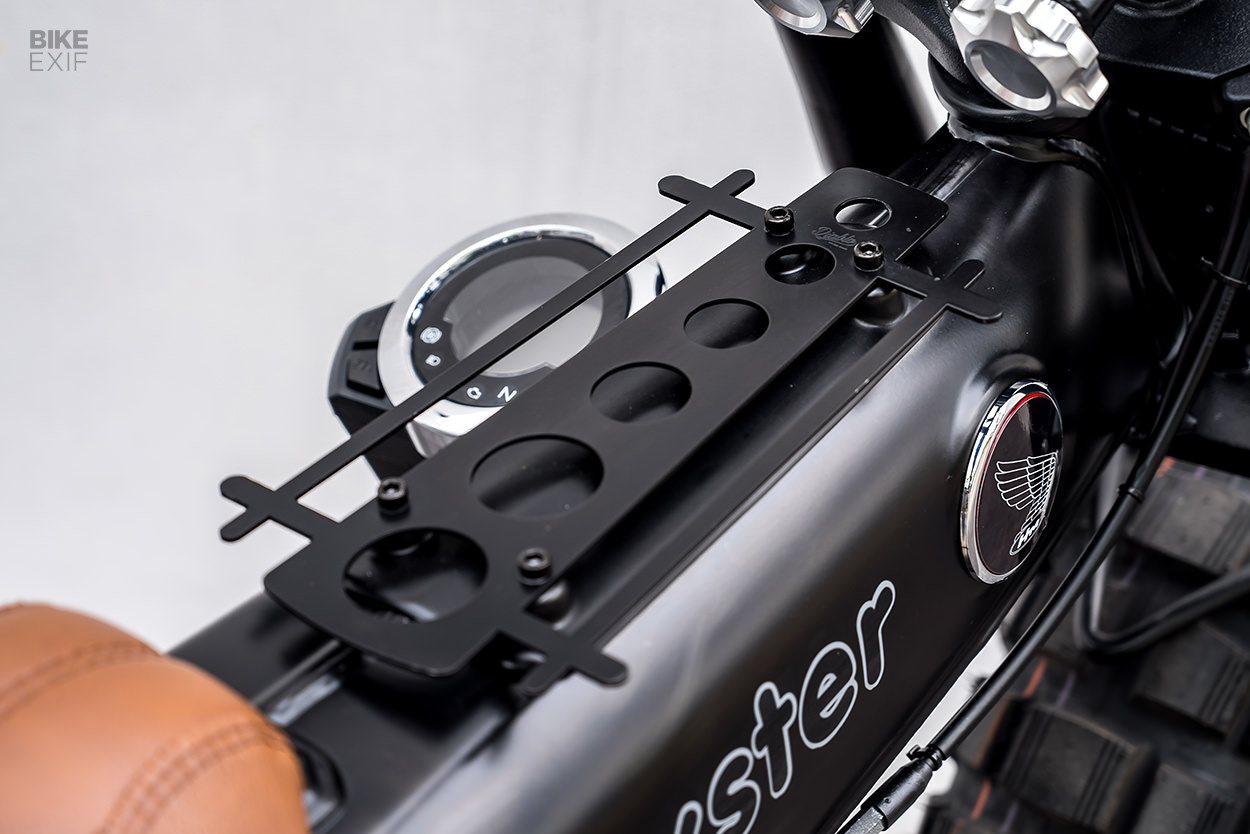 Up top is a new seat, and just in front of that is a second luggage rack. Sitting alongside the frame is the Honda’s OEM speedo, mounted on a new bracket.

But it’s the custom handlebars and risers that really caught our attention. The handlebars are actually two separate pieces, held by risers that have been rotated 90 degrees, with a solid top clamp for added strength. This setup enables the user to rotate the bars individually, to set them narrower or wider. 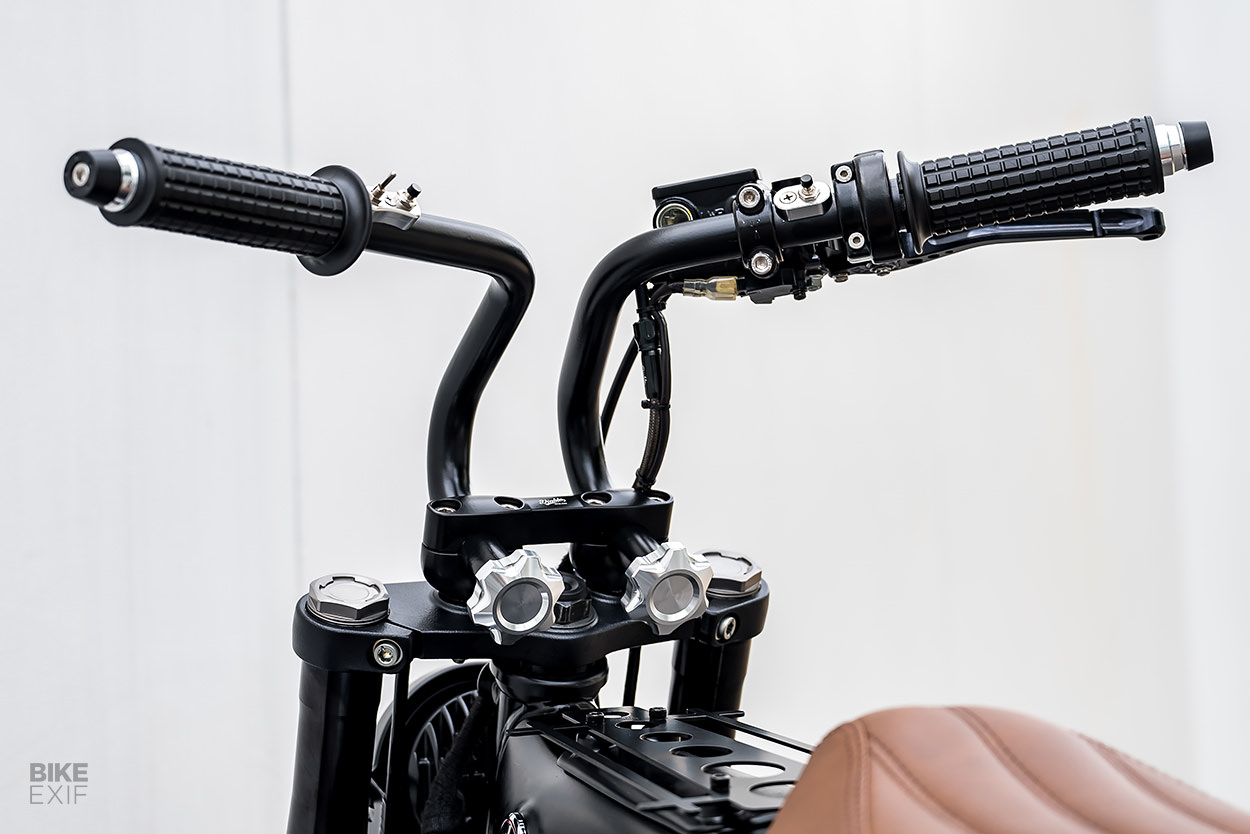 The rest of the cockpit features typical K-Speed fare. The Dax’s single brake lever is accompanied by Diablo grips, vintage-style micro switches and LED bar-end turn signals. The two silver hand dials at the bottom of the bars are just for show—a homage to those on the original Dax. 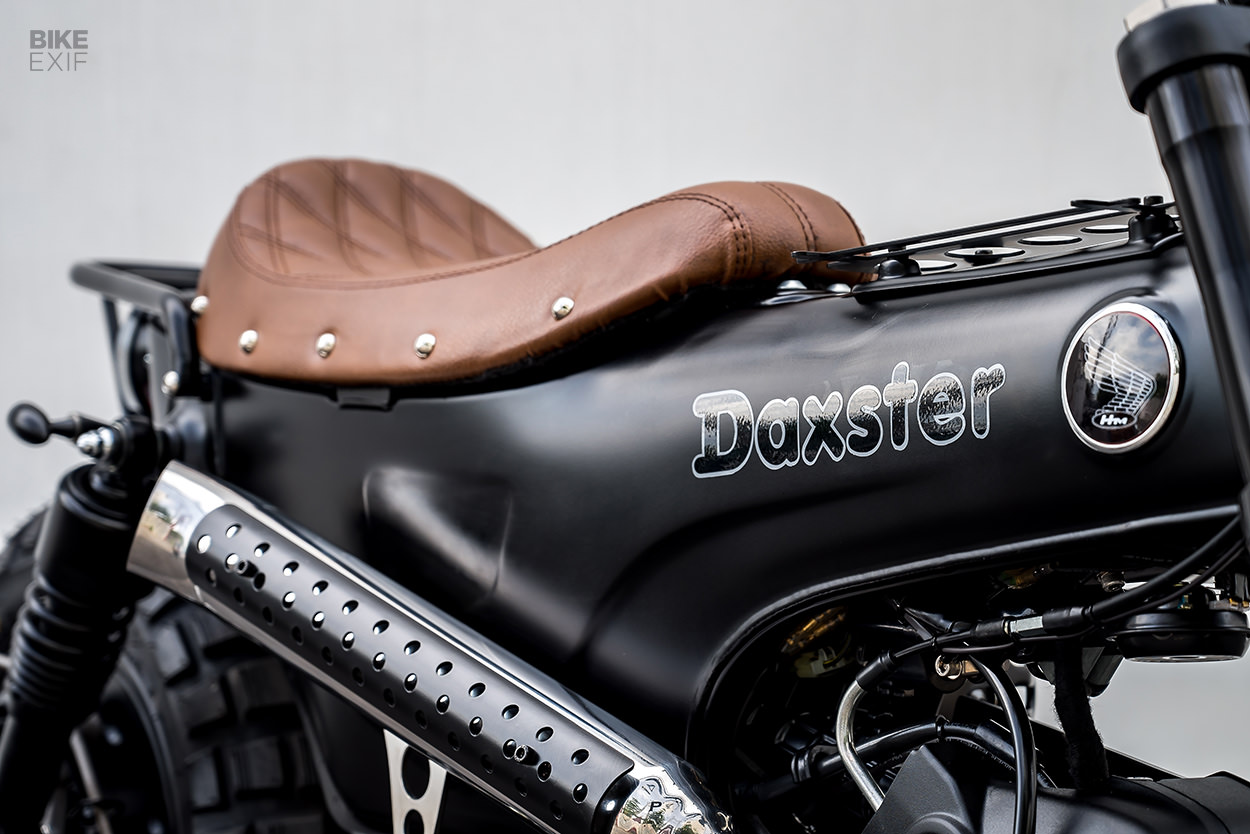 K-Speed treated the Dax to a custom-made exhaust system too. It mimics the original by following the same routing—but it looks like it’ll shatter eardrums. It’s finished off with a drilled heat shield, and a neat little hanger to mount it to the original muffler’s attachment point.

As we’ve come to expect from Thailand’s most prolific custom shop, this Dax is finished in a whole lot of black—right down to the blacked-out Honda logos on the sides of the frame. A custom ‘Daxster’ graphic mimics the original Dax logotype, while brown upholstery adds some contrast. 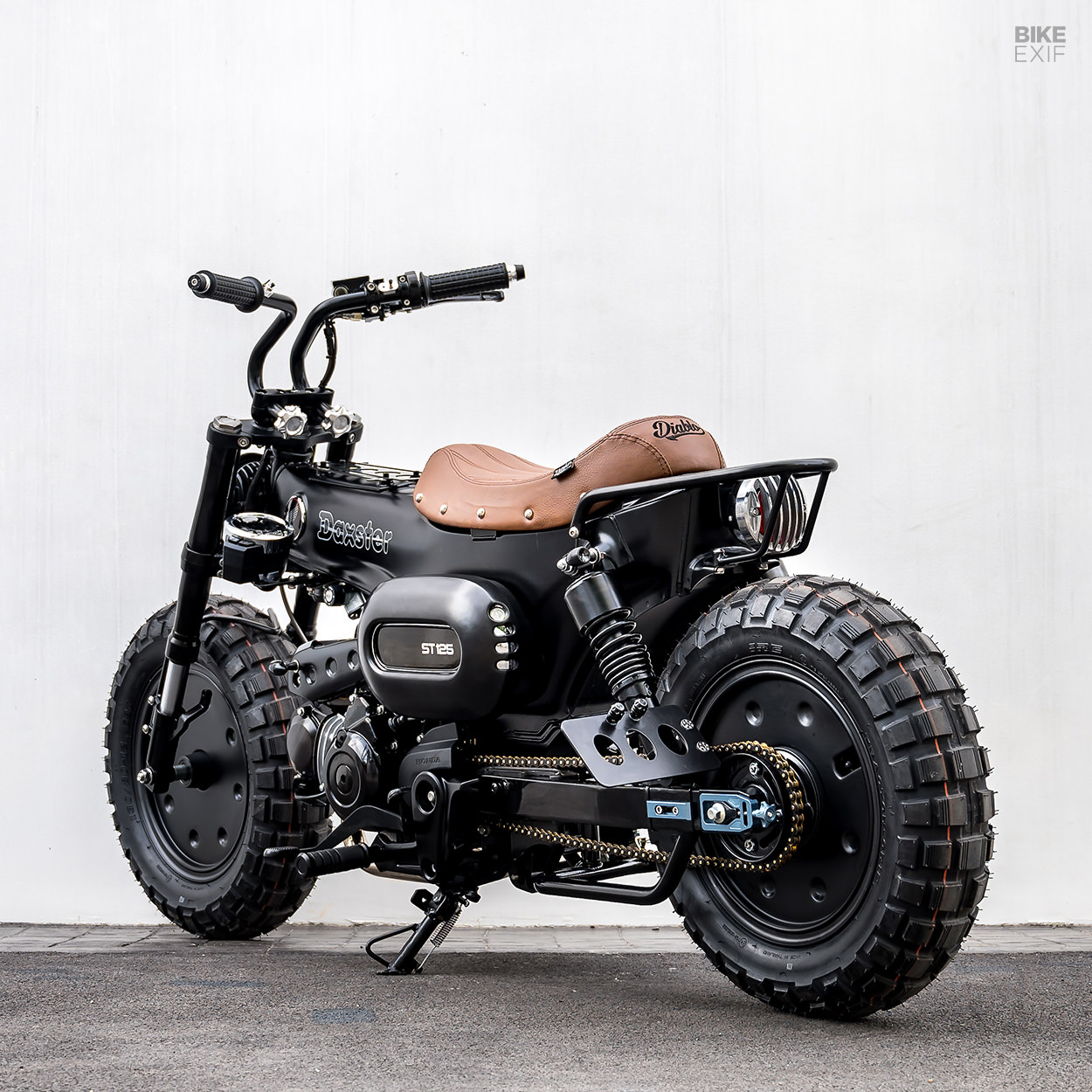 K-Speed’s first run at the Honda Dax looks bonkers, and is bound to have their order books filling up fast. And if you’re curious about what else can be done with the parts used, take a gander at the blue Dax below. 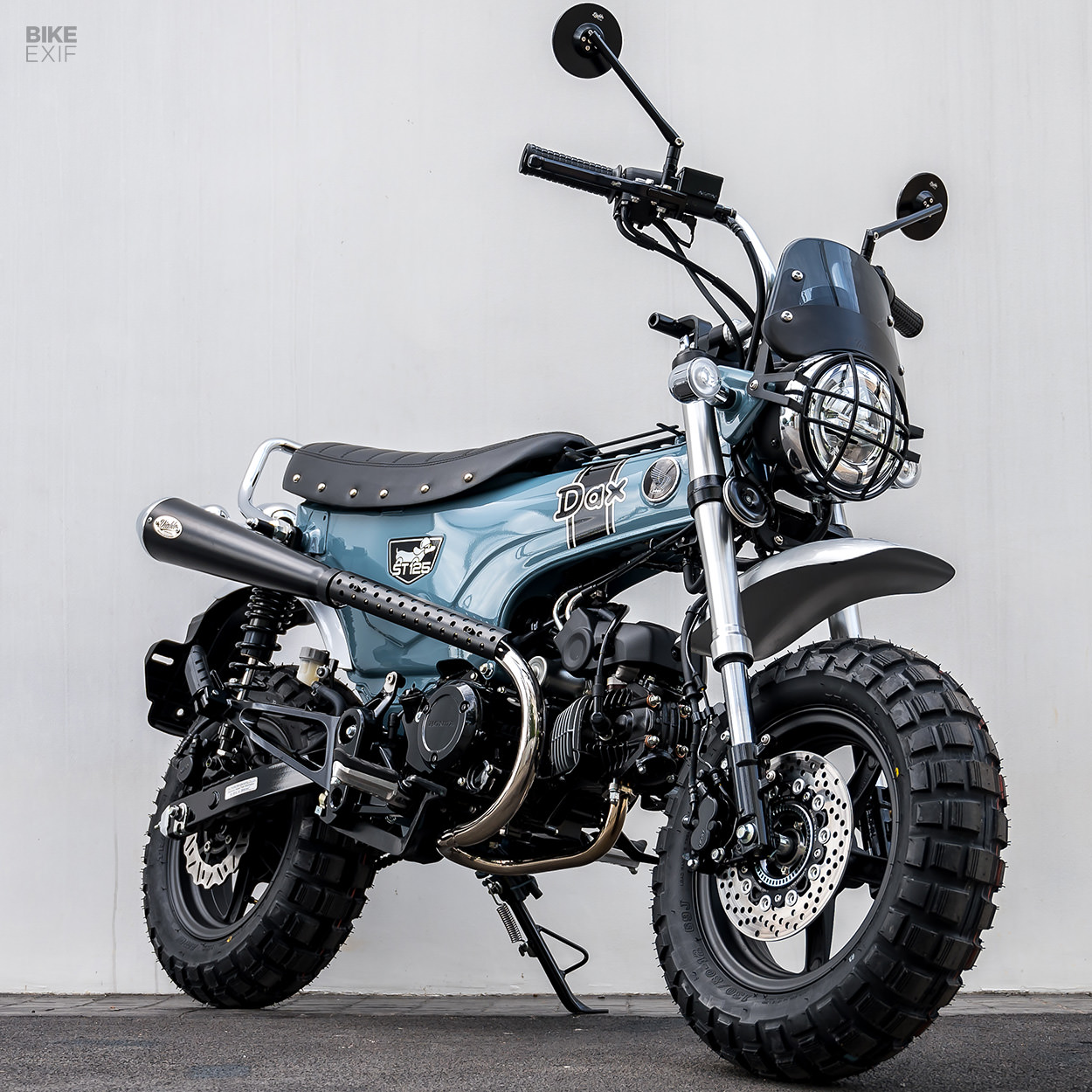