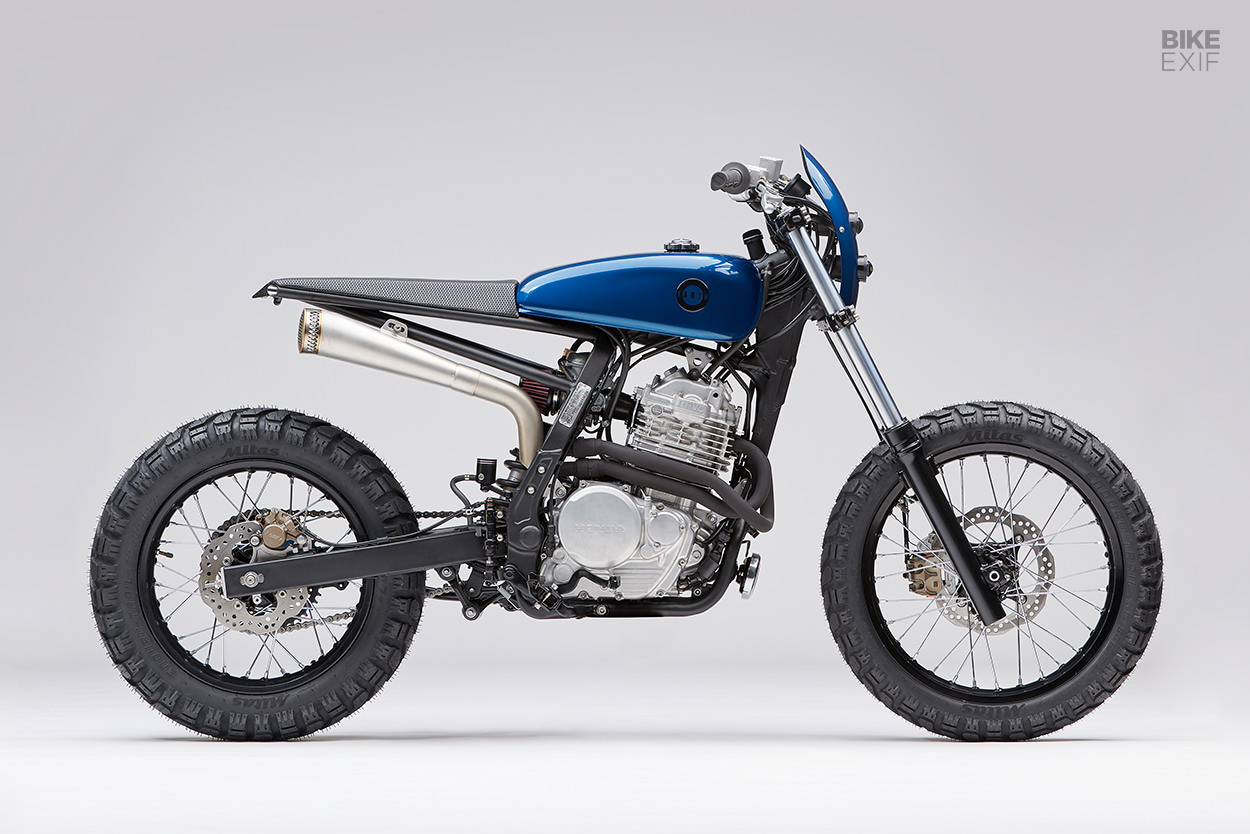 There was a time when the Honda NX650 Dominator was an uncommon, yet surprisingly sensible, donor for a custom project. But Dominators have become increasingly popular as donor bikes lately—which makes total sense, given how reliable and versatile they are.

HB-Custom showed us one winning formula for the utilitarian NX650 just last week. Now it’s the turn of the guys behind Earth Motorcycles, who have thrown their hats into the ring with this lithe street scrambler. Stripped down to the basics with a flawless stance, it’s a worthy contender among its peers. 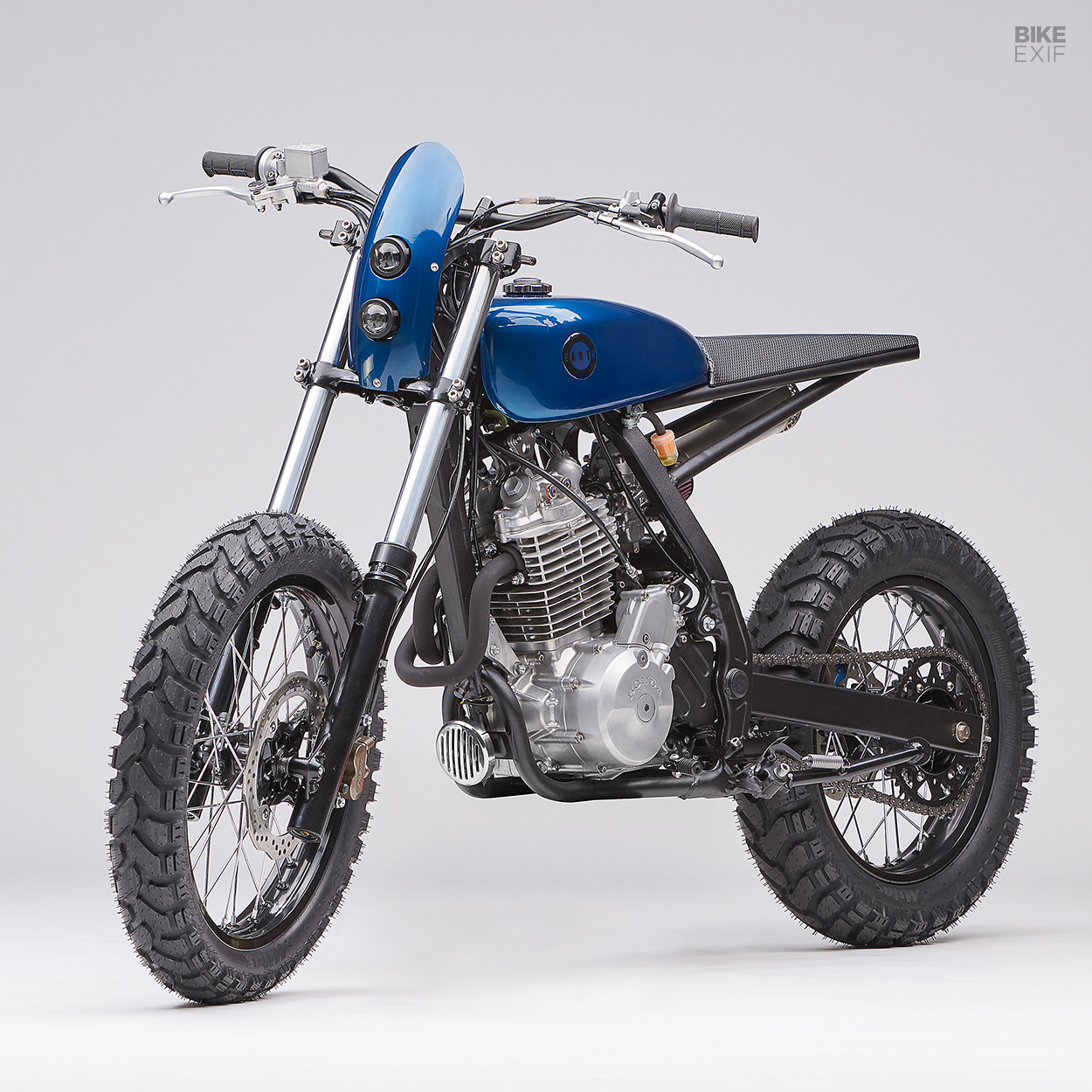 Based in Slovakia in central Europe, Earth Motorcycles is a relatively fresh face on the scene. It’s a two-man operation; Aleš Tomis handles the custom work, while Vladimir Dinga takes care of marketing and design. They built this Honda as a portfolio piece for the shop, to show off their signature style: modern and clean, with a keen focus on details.

Aleš and Vladimir started with a 1991-model Honda Dominator, then went to town on refreshing the worn-out bits. 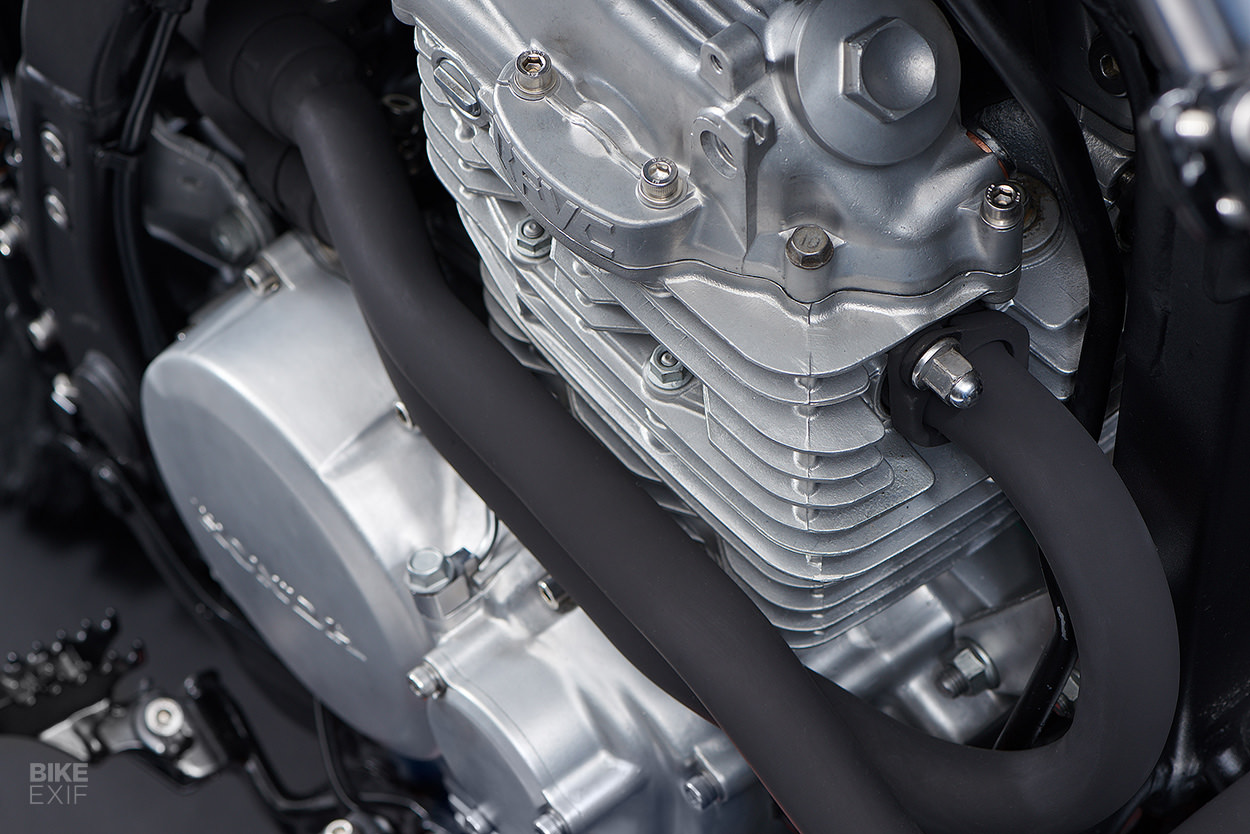 The motor was rebuilt with new rings, gaskets, seals, O-rings and rocker arms, the transmission was overhauled, and the carb was ultrasonically cleaned. Everything was vapor-blasted for a satin finish, and treated to a full set of stainless steel fasteners.

There’s a new oil filter too, and a DNA air filter to replace the airbox. The Honda’s also been rewired, and now runs with an Aliant LiFePo4 battery and a Bluetooth-enabled Motogadget controller, along with an alarm and keyless ignition from the German electronics brand. 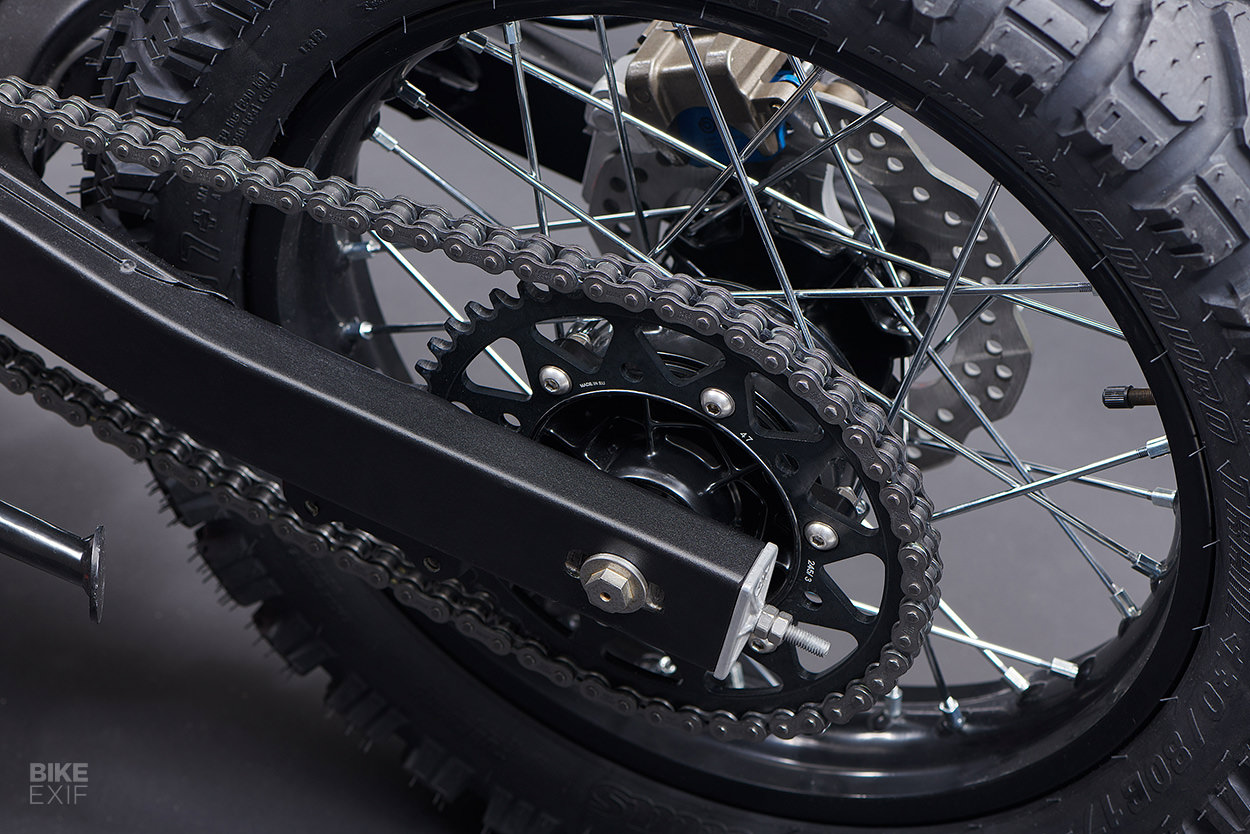 The guys kept the budget tight on this build, so most of the running gear is stock, but either refreshed or tweaked. They lowered the front forks, rebuilt the rear shocks, and re-laced the wheels with chromed spokes, swapping the 21” front rim for a 19” unit. The tires are dual-purpose, Czech-made Mitas E-07 items, for a healthy mix of dirt and pavement capability.

The brakes were overhauled with new discs and pads, plus stainless steel hoses from Venhill. There are also new steering head bearings, and a fresh chain and sprocket kit. 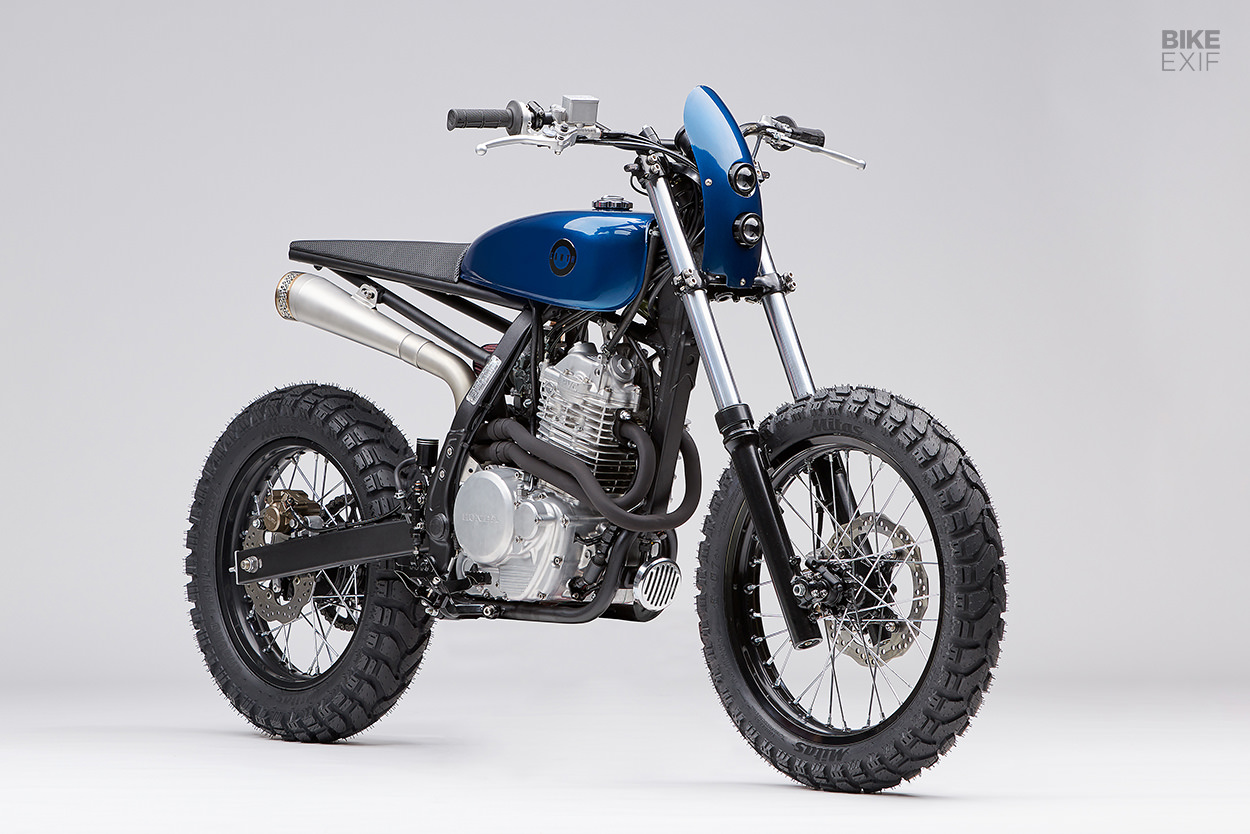 Aleš took the path of least resistance with the exhaust too. He started with a generic aftermarket muffler and connecting pipe, then sand- and vapor-blasted it to get it to the satin finish it has now. Then he trimmed the stock headers, and welded them into the side of the connector.

Aleš admits that the junction is quite sharp, but that’s because he couldn’t find a connector with a gentler angle at the time. As a workaround, he cut and beveled the bottom edge to help direct gasses… and so far, it’s worked fine. “There’s no exhaust popping while decelerating,” he says, “and no problems with high revs while idling.” 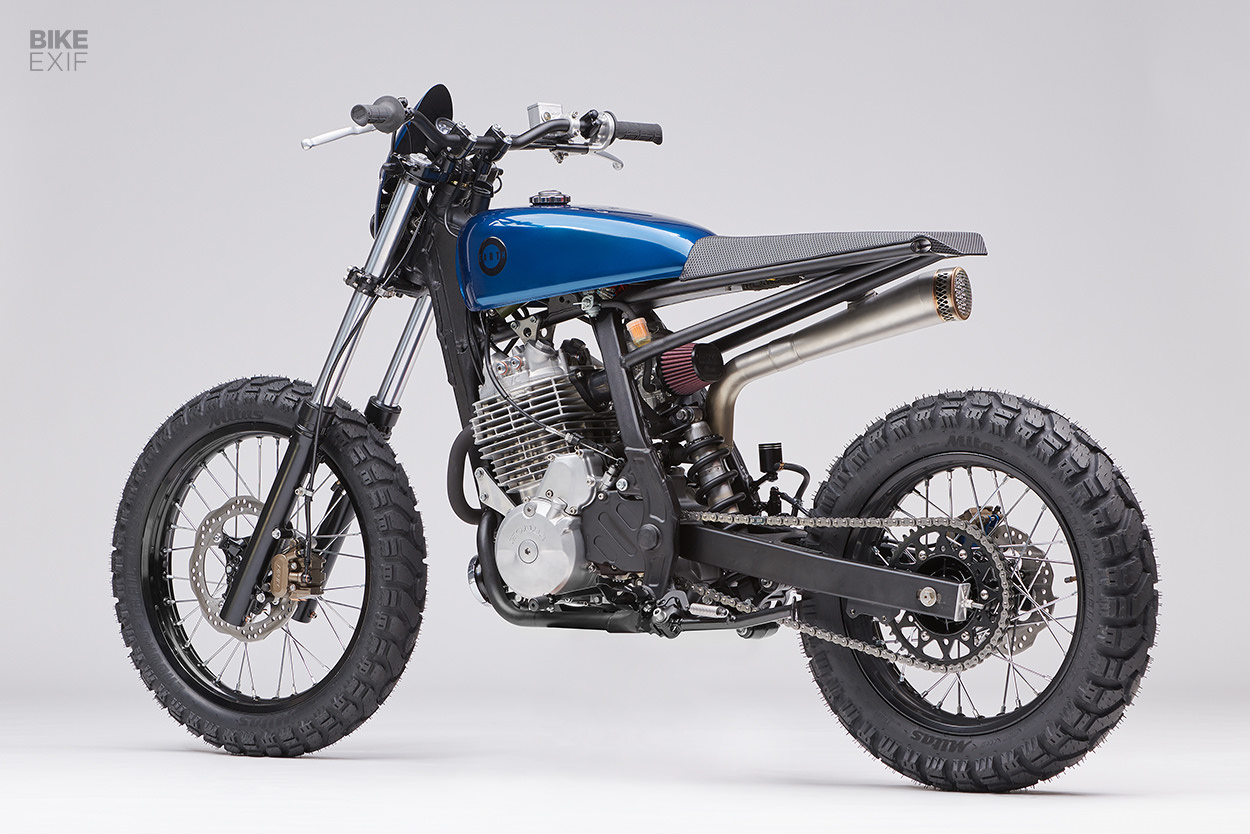 Visually, Earth Motorcycles’ goal was to slim and sharpen the Dominator dramatically. “The initial thought was to build a bike with a straight line through the tank and subframe,” says Aleš.

To do this, the crew installed a classic aftermarket tank, by welding new tabs to the frame. Most of the electronic components are tucked away underneath it now. The frame was also de-tabbed and cleaned up, and a completely new subframe was fabricated. 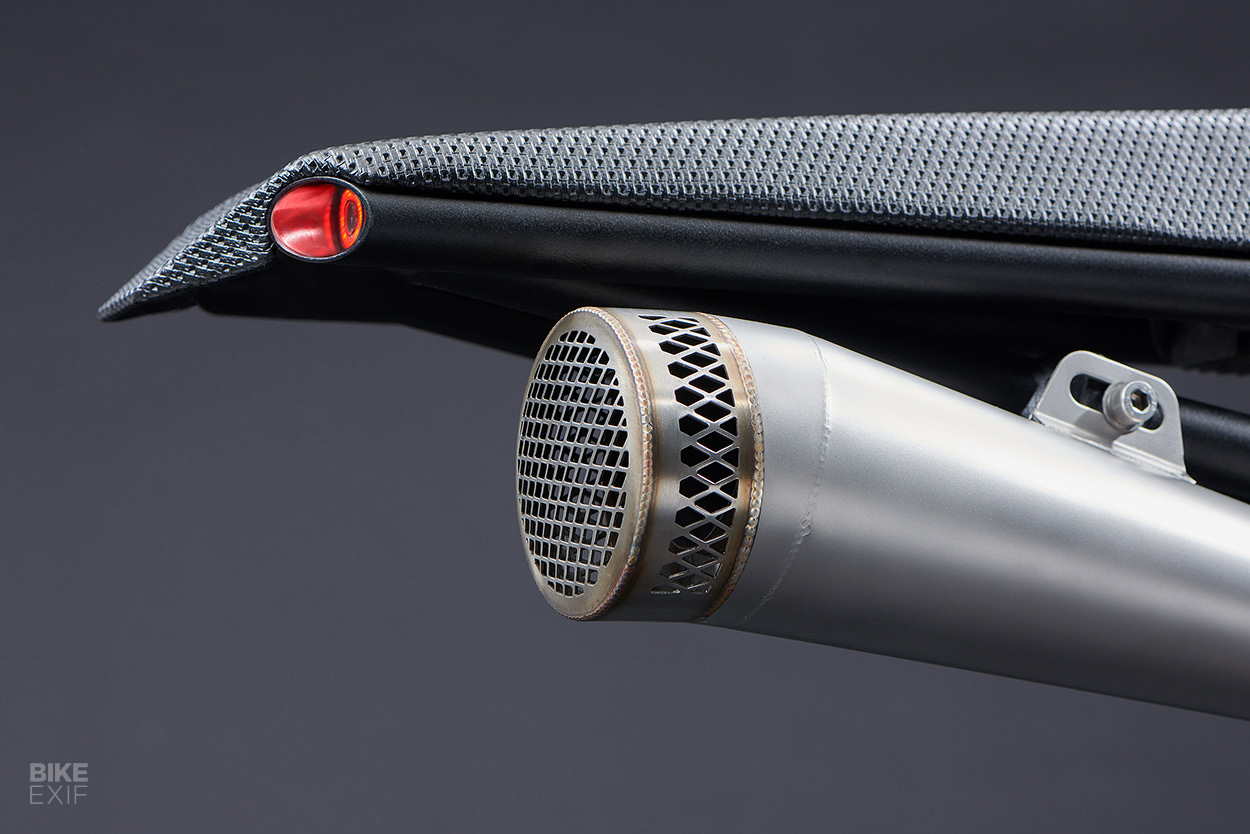 The subframe ends in two sharp slash-cut rails, each with a Highsider taillight-and-turn signal combo LED inside. The whole frame’s been powder coated black, but the insides of the rails were polished raw, then clear coated as an extra detail. There’s a removable license plate bracket too, that bolts to a hidden brace under the tail.

Aleš designed a new seat pan using 3D software, before having the form laser cut, and then welding it up to create its unique drop-tail design. It’s finished off with repurposed foam from the original seat, and perforated leather. 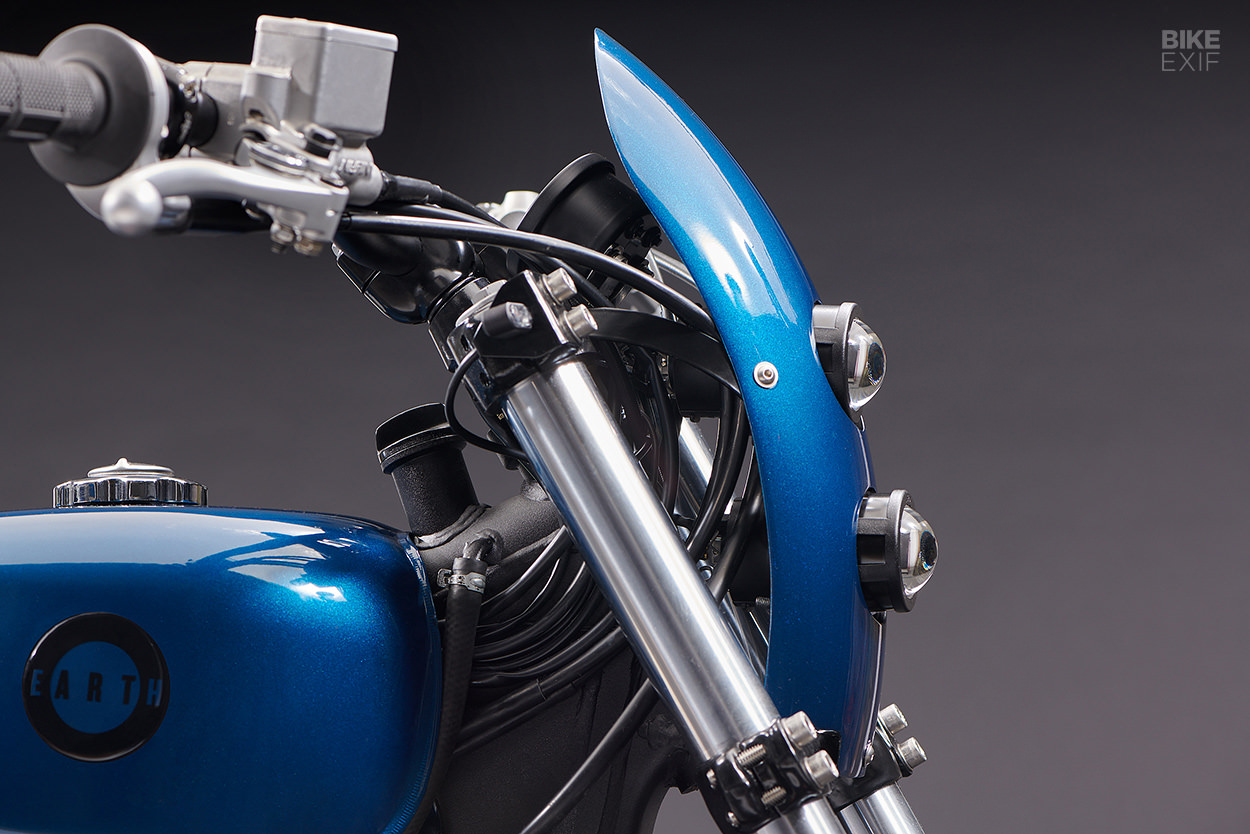 The hardest job, according to Aleš, was piecing together the headlight. The arrangement consists of a steel nacelle made from a salvaged fender, and a pair of CE-approved projector lights that are independently adjustable. The setup is flanked by a pair of Highsider LED turn signals.

Further back are new handlebars of undetermined origin that were lying around the shop, with Domino grips, Motone push buttons and the stock levers, which have been vapor-blasted and rebuilt. The speedo’s a Daytona unit, and the top yoke’s original ignition mount has been machined off to keep the area tidy. 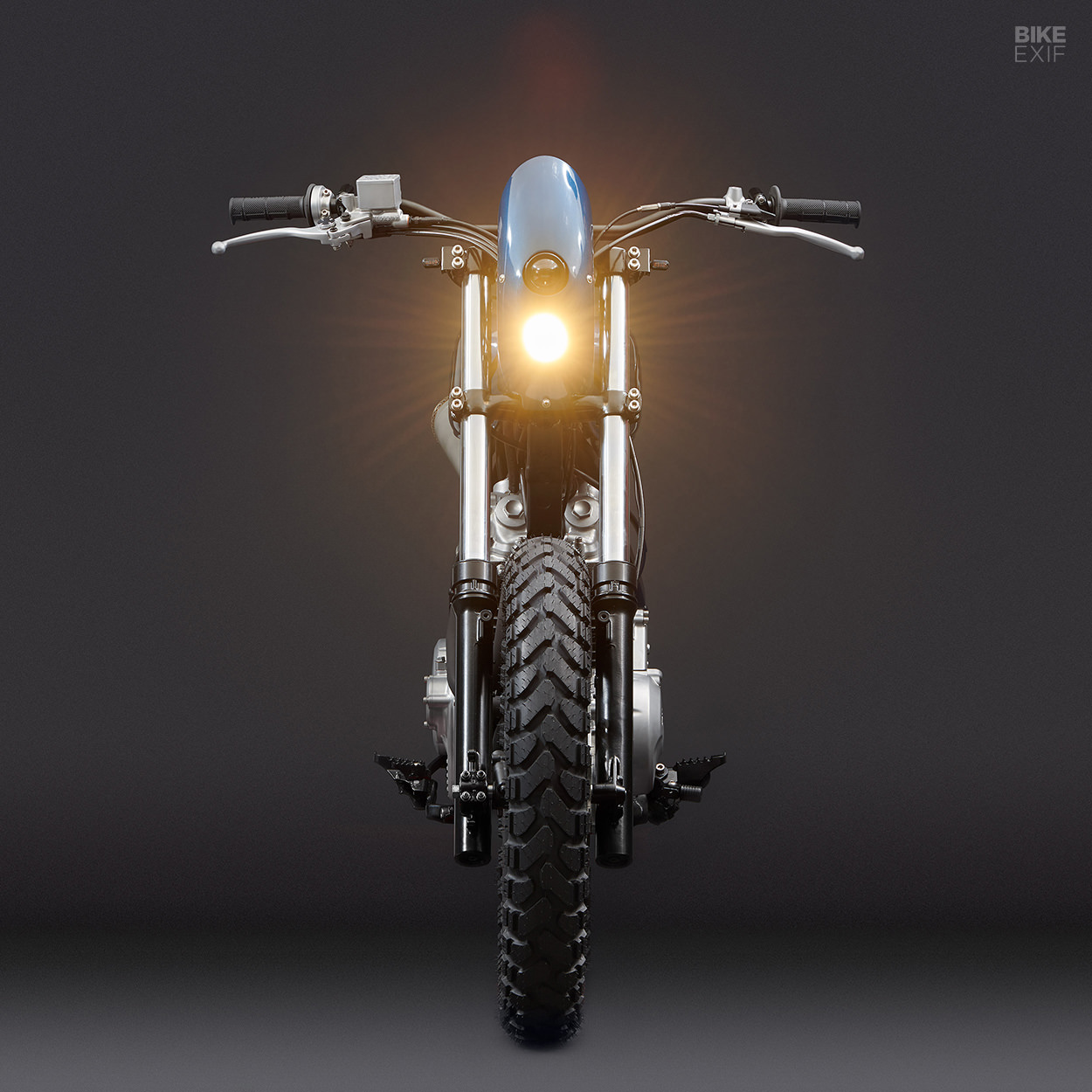 It’s a razor sharp reimagining of the Dominator, and reportedly feels as svelte on the road as it looks. “The bike is very lightweight compared to the original Dominator that I own,” Aleš reports. “It’s very easy to ride, and fun for people who want to have a ‘universal’ bike—for town and light off-road terrain.”

Sounds about right to us. If you also love the idea of a bulletproof and capable scrambler, but find modern factory bikes too heavy or complex, we have good news: this one’s for sale. 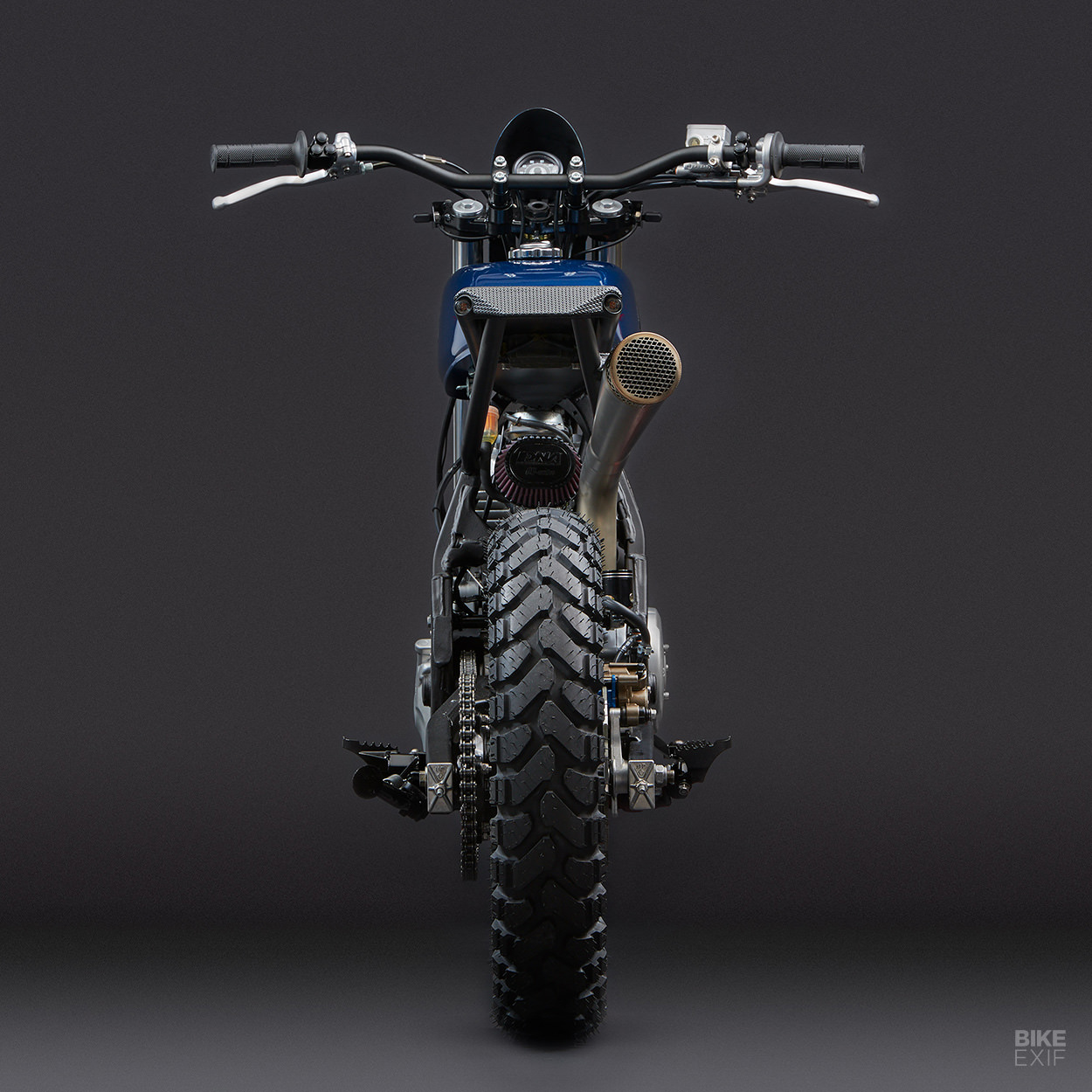