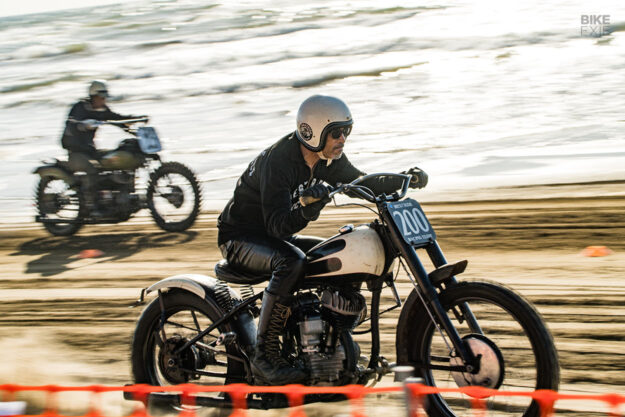 Of the 800,000 miles of thoroughfare winding across the islands of Japan, there’s only one five mile stretch where you can drive a vehicle on a public beach (legally, at any rate). It’s called the Chirihama Nagisa Driveway, and for 363 days of the year, it’s a serene little strip of coastline and a popular destination for tourists and beach goers.

For two very special days of the year, however, that serenity is replaced by the sweet music of straight-piped race bikes, while this smooth patch of sand is converted into a drag strip like no other. We’re talking about the Chirihama Sandflats, of course, which we’re also happy to announce returned in full force this year, for the first time since 2018. 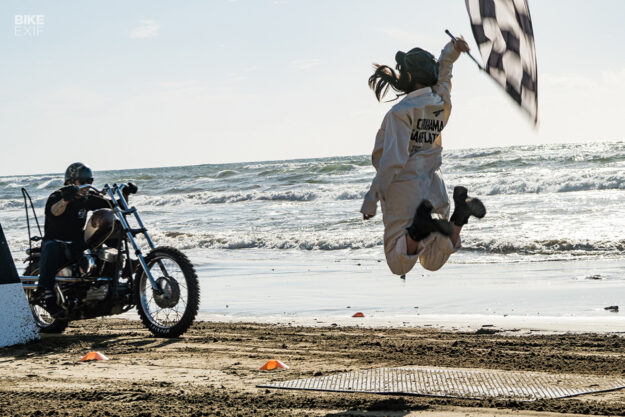 So what is the Chirihama Sandflats? Put simply, it’s an annual vintage motorcycle race where riders come to test their mettle, going full throttle on 70-plus-year-old equipment down a 1/10th mile stretch of beach. The contest is simple: Two bikes line up side by side, the flag girl gives the signal, and the first bike to cross the finish line moves on to the next round. 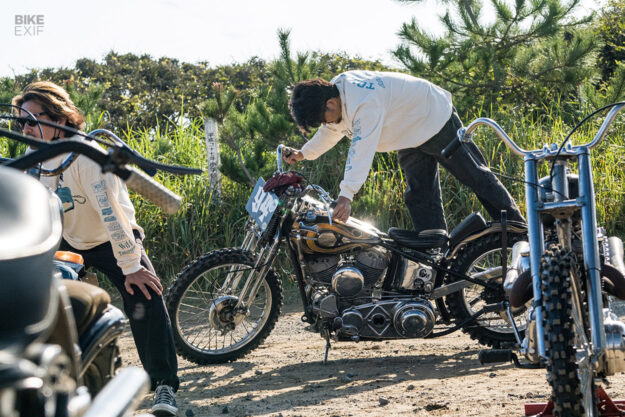 This year, roughly 150 antique two wheelers made the pilgrimage out to the sand in Ishikawa Prefecture. Hundreds more enthusiasts and race fans lined up along to the beach to watch, and the parade of rigid frames, half helmets, and vintage style that followed was easily the coolest thing happening on the planet for 48 hours. 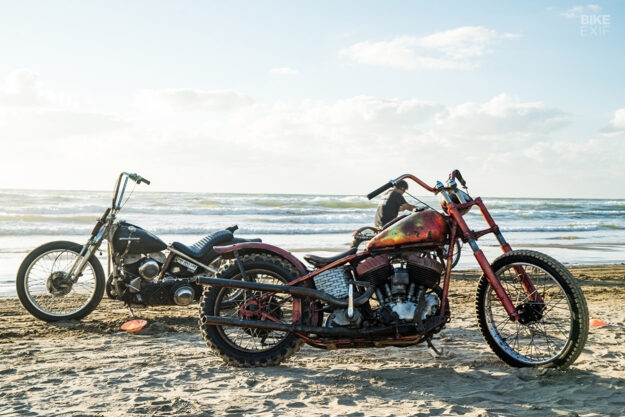 Finally, you’ve got your Open Class, which is open to all Harleys, Triumphs, and Japanese domestics built before 1970. The only rules for all three classes, according to Chirihama Sandflats officials, are “no paddle tires, no race gas, and no ‘unsafe modifications’.”

You’d assume that that last bit refers to stereotypical chopper fare, like stretched forks, tall apes, and sissy bars. But looking at the selection of machines present, most of those seem to be fair game. 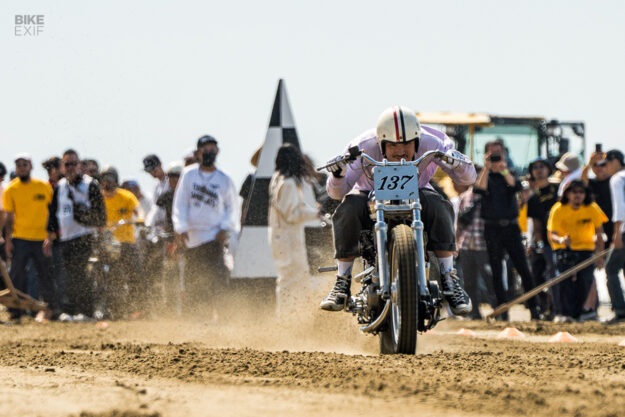 So how did one of the coolest motorcycle gatherings on the planet find its way to a little-known beach outside of Hakui? We’re glad you asked.

See, the Chirihama Sandflats started as a little-known motorcycle show back in 2012. For that first meeting, the races at Chirihama were just a small portion of a larger motorcycle gathering, a drop in the bucket compared to the the event we know today. 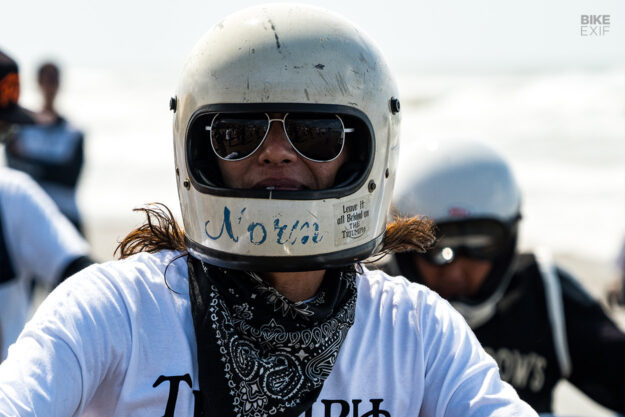 The first meet was a success overall, but the first annual running of the Chirihama Sandflats became an unexpected sensation. Images of vintage bikes racing wide open down a pristine beach spread like wildfire, which is especially wild considering social media was still in its infancy at the time.

Within a few months, talk of the races had all but eclipsed the bike show itself. Organizers were so inundated with inquiries about the Chirihama Sandflats, that when it came time to plan the follow up event, the decision was made to make the races themselves the main focus of the gathering. 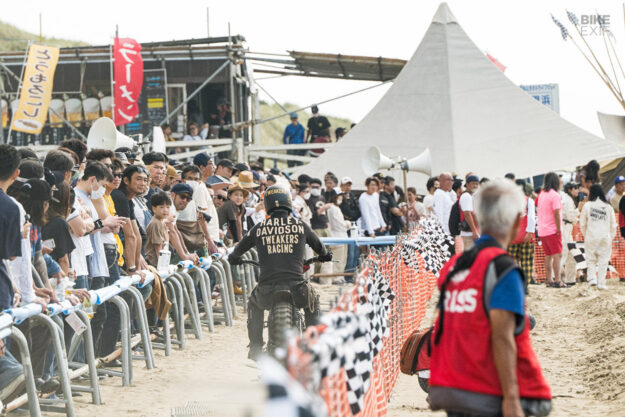 Chirihama Sandflats continued to grow from there. And as modern social media began to hit its stride in the years that followed, images of the race’s high style and unmistakable vintage flavor found their way to damn near every builder and enthusiast the world over.

The annual get-together continued smoothly up until 2019, when 48 hours of near constant rain forced the organizers to cancel. We’ll wager we don’t need to tell you why the race didn’t run in 2020 (hint: it rhymes with Boronavirus). But after some petitioning of the local government, Chirihama Sandflats returned in 2021—albeit with strict safety restrictions in place. 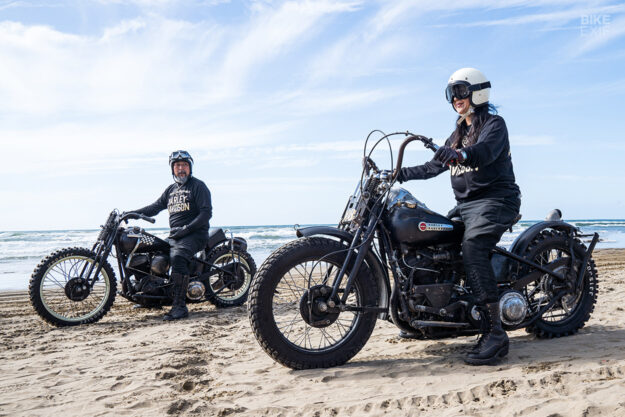 It turns out that vintage bike owners were getting just as stir crazy as everyone else during the pandemic,because the race hit record numbers on its first year back. Over 160 racers came out to compete for the Chirihama Sandflats’ triumphant return. 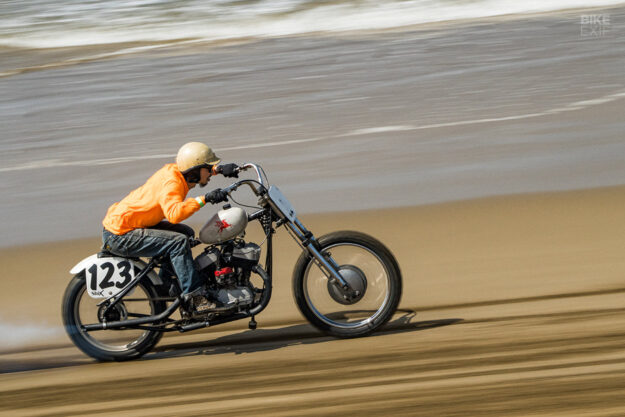 2022 marks the first race since 2018 that the event has been held with a full audience, and no government restrictions of any kind. If you’d like to count yourself among the lucky few who get to race next year, anyone with a qualified bike and 20,000 yen to cover their entry fee is welcome to join.

With special thanks to our good friend Tadashi Kono, who supplied both the images and information for this report. 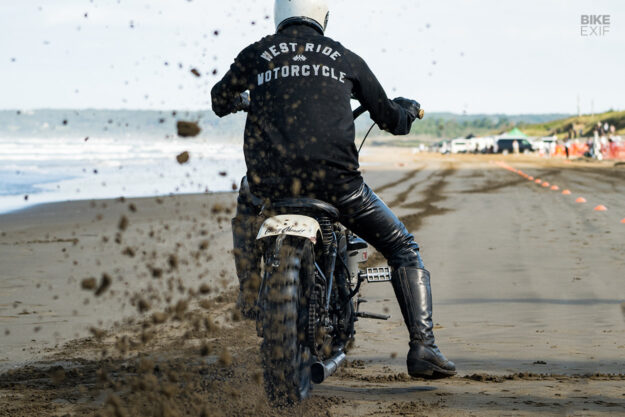 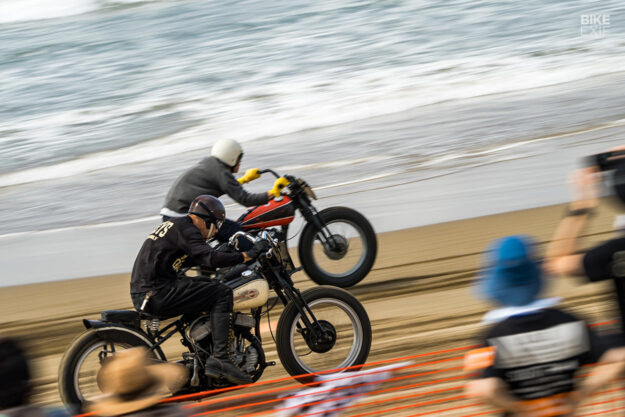 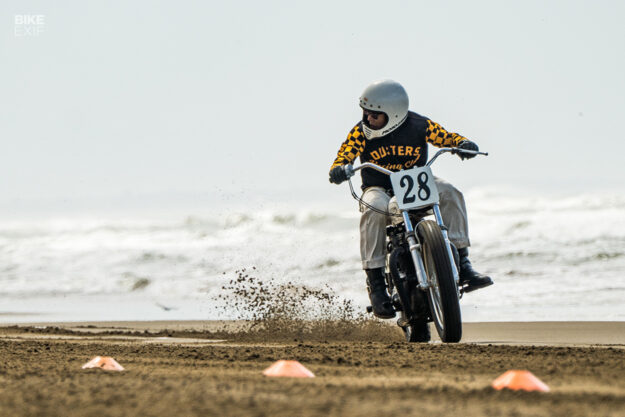 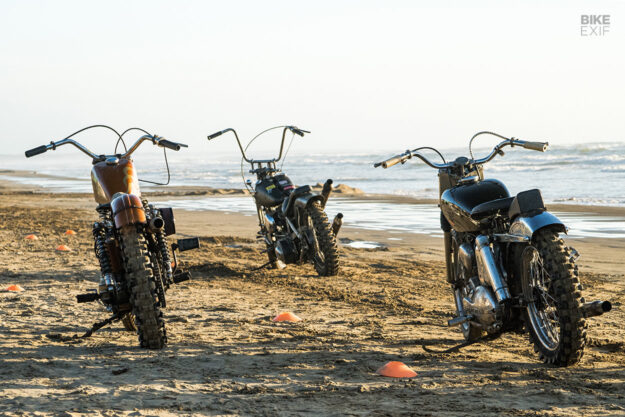