THESE ARE NOT BIKES for sensible people. Sensible people don’t want a vintage, rusting, non-running motorcycle in their garage. Alas, we are not sensible people. Mike Wolfe is one of us, a guy that simply falls in love with a bike because it’s old, or historic, or interesting, or cool. Certainly not sensible, but who cares?

A couple of years ago on the “American Pickers” TV show, I watched co-host Mike Wolfe yank a 1967 Triumph Bonneville out of an old barn, and I knew he was one of us, one of the guys who probably has a bumper sticker on the back of his van that reads, “My Other Car is a Classic Motorcycle That Doesn’t Run.”

Anyone who’s been around the hobby for any length of time knows guys like this. The big difference is that Wolfe has a TV show, “American Pickers,” a warehouse, and he’s paid to travel around the country and find old motorcycles, old scooters, or even the old tour van that once belonged to Aerosmith.

Over the years, we’ve seen him literally dig up classic bikes from the ground, haul them out of fields, or (usually) carefully roll them out of a barn. His personal collection has grown to over 150 vintage bikes, and it was a surprise when the notice for the 2023 Mecum Las Vegas auction said he was going to sell about 70 of his rarest cycles this month. Hoarders, ahem, collectors like him don’t sell their bikes, so this is a rare chance to see what he’s personally amassed before they go to auction in Las Vegas and likely disappear forever into a new private collection. Some of our favorites, if we had a barn big enough to hold them and cash to buy, include: 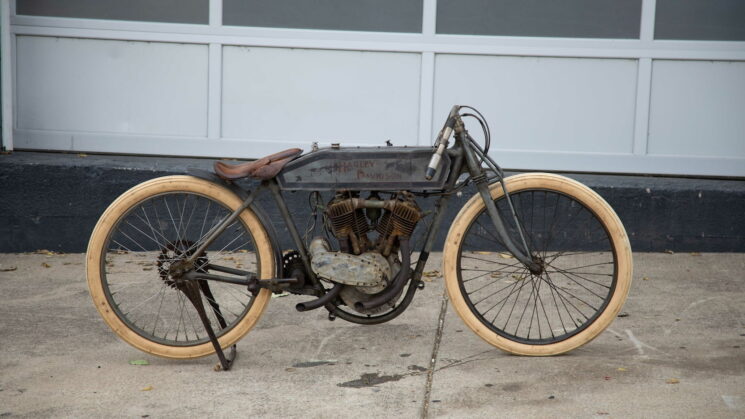 Many will tell you that Harley-Davidson’s dysfunction started when the company built its first race bikes. Harleys were fine, scoot-around town, bikes that were fun in the early 1900s. Even the company founder didn’t want to race his commuter cruisers at the time. But they did anyway, and the V-twin race bike was born with racers like Wolfe’s 1914 Harley Factory Racing Twin setting the pace. These single-speed bikes dominated flat track, board track, and early grand prix races. 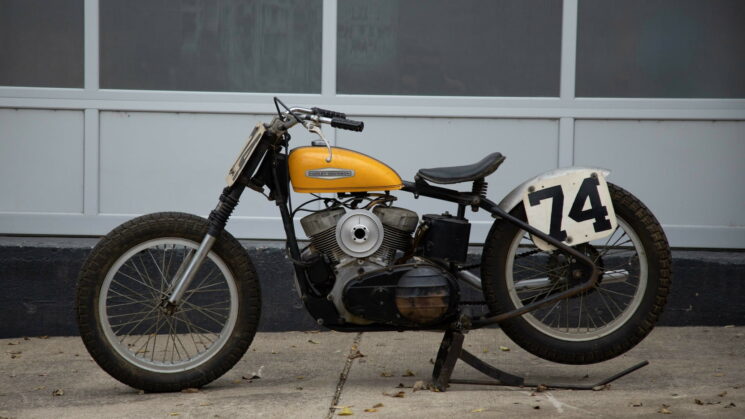 By the 1960s, Harley nailed it. Ever hear a KR Racer on the pipe thumping out of a corner at a flat track race? Yeah, you’d want one, too. These first-generation KR bikes won 13 national AMA Class C championships and 12 Daytona 200 races. We wouldn’t have Evil Knievel and his XR750, or even the modern Sportster if it wasn’t for these dirt track bombers that threw mud at the grandstands. Wolfe’s is a 1962 45-ci version with a racing history. Definitely some vibes of this KR in Paul Hartman’s flat tracker build. 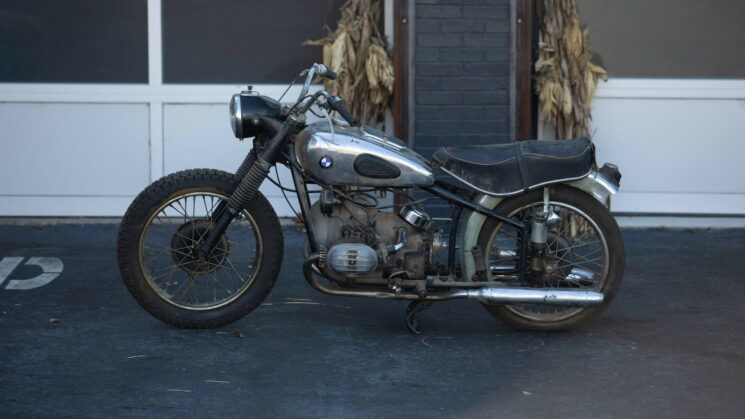 BMW purists are probably spitting on their computer screens right now. Who would take a 1951 BMW R67 and rip off the hinged fenders? Does it matter? This first-year 600cc R67 that Wolfe found already bobbed looks right. The chromed tank is about the only other major custom part to this mostly original first-year bike that, while not original, shows that 70 years ago custom builders saw the potential in airheads. 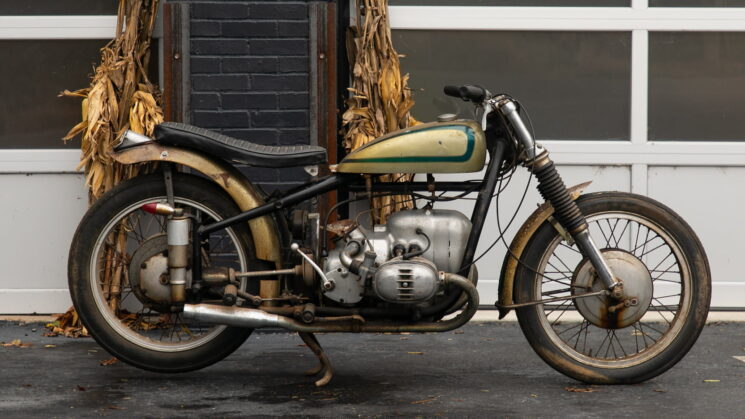 Something about Wolfe’s 1950 R51/3 struck me: It’s an early café racer built out of a bike that is, most definitely, not a racer. This cool custom has a vintage, hand-painted, fiberglass tank and flat seat that looks more 1970s than 1950s, and that’s probably when this bike was torn down. Most 1950s airheads get treated to a full restoration, but it would be a crime to take the disco-era pieces off this classic. 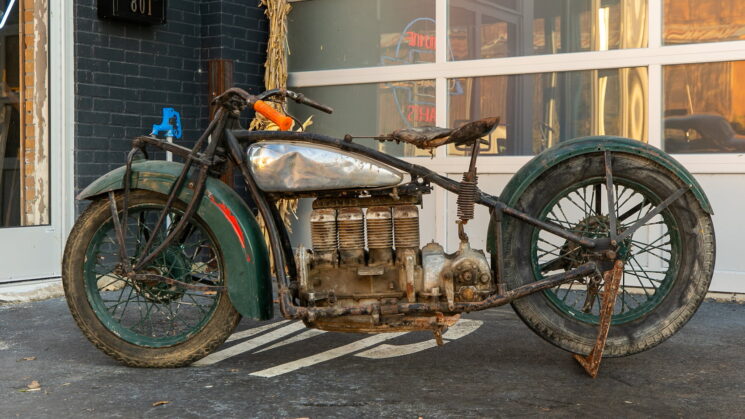 Unlike the BMWs, Harley racers, or even the Henderson in Wolfe’s collection, his selection of Indian bikes is lip-smacking good. They’re not sensible, and they don’t all run. While other manufacturers were still trying to figure out how to make two cylinders work, Indian was making gorgeous in-line fours that look like four stovepipes welded together and sound like WWII artillery. This Indian Four, a 1931 with a cut leaf-spring front suspension and amazing patina should sell for big money as this is one of the first-gen four-cylinder bikes that made Indian famous before they stopped producing the Four in 1942.