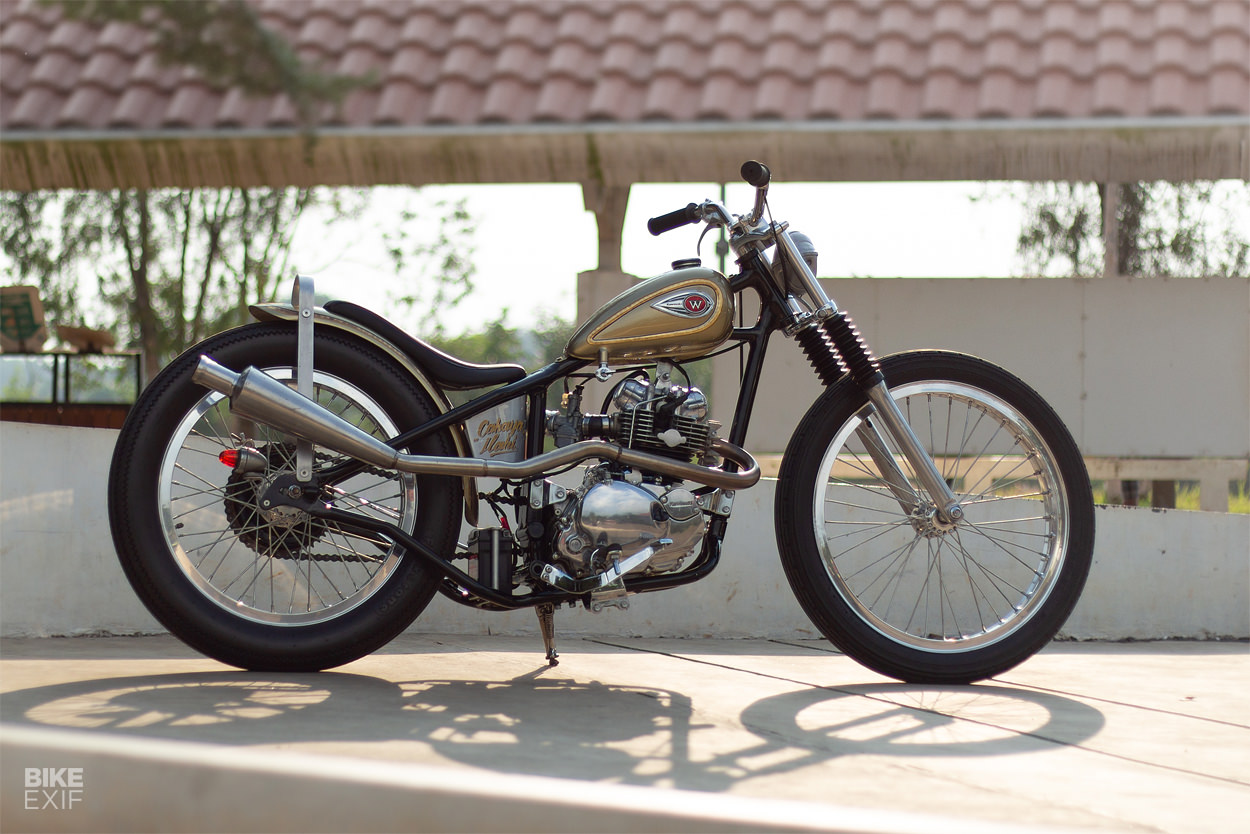 The Indonesian custom scene is a rich seam of gold, and this compact chop from Tole Motorworks is 24-carat perfection. It’s based on the Kawasaki W175, and not surprisingly, picked up an award at the huge local show Kustomfest.

The W175 is one of those bikes from the big Japanese manufacturers that we never see in the West. It’s a step up from the usual no-frills commuter machines, and blends old school styling with a reliable 13 hp air-cooled single. 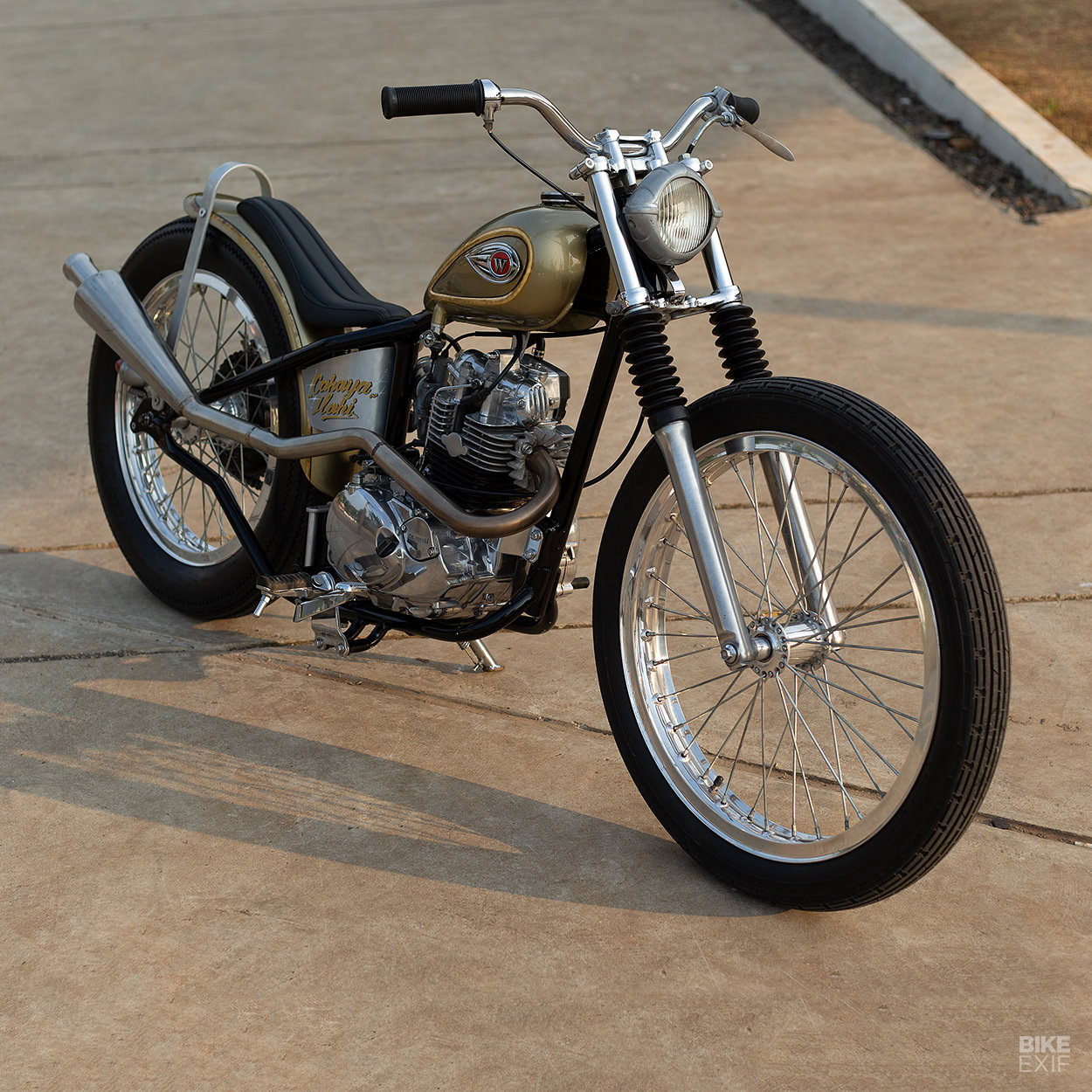 A lot of W175s in Southeast Asia get customized after the warranty has expired, usually with paint-by-numbers ‘cafe racer’ makeovers. But there’s also a thriving chopper subculture for W175s, and that’s the direction Tole has gone in.

The workshop is based in the mountain resort city of Bogor and is a one-man operation run by 25-year-old Febrian Ramadhan. He doesn’t have a laboratory-level workshop or a CAD workstation, but he knows how to weld frames and beat metal. 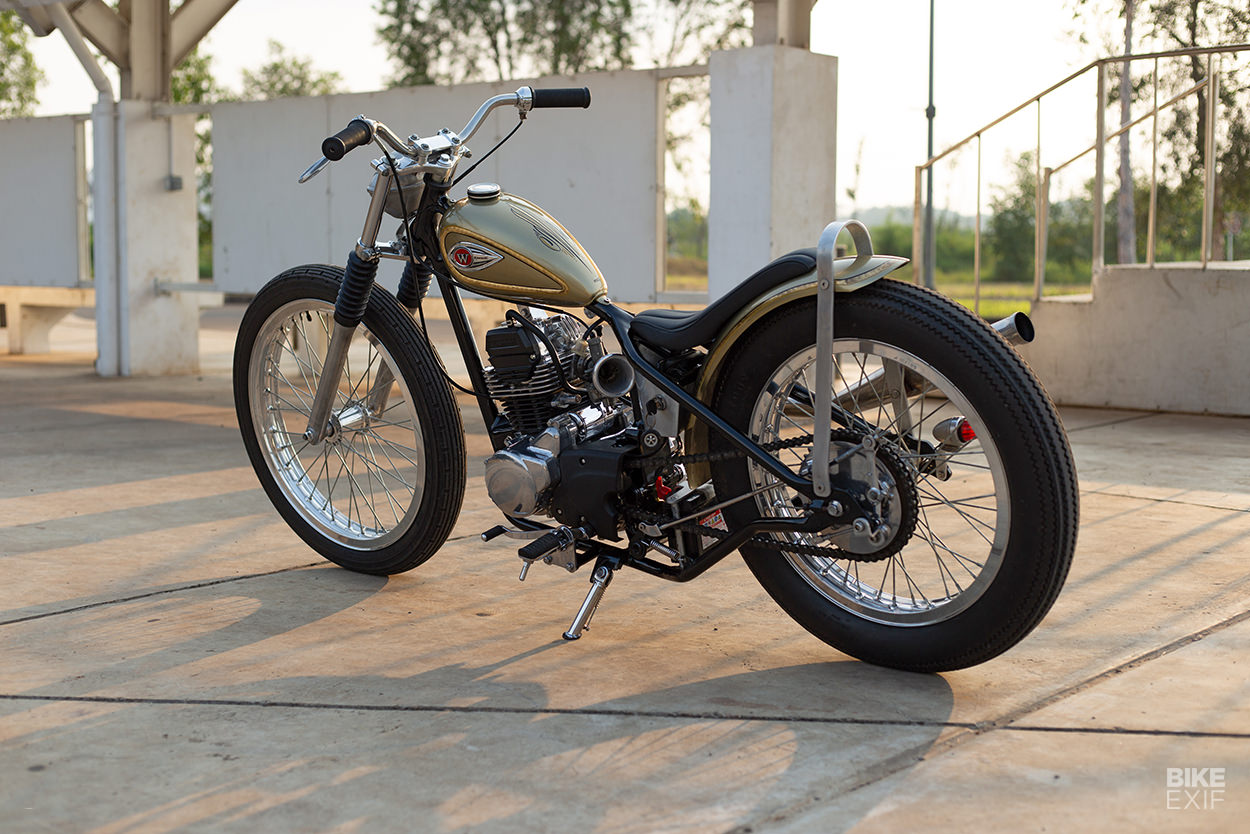 Febrian is helped by his English-speaking brother Ghifara, who gave us an insight into how Tole started. “He was homeschooled because got he bullied, and then went to the Hendriansyah Speed Shop for training in engine mechanics.”

“That was where he got the nickname ‘Tole,’ which means ‘Boy’ in Javanese. He was the youngest trainee there; the others were in their late 20s or early 30s.” Febrian actually built his first bike when he was 15 (and we’ve seen the snapshots of him working at home, welding sparks and all). 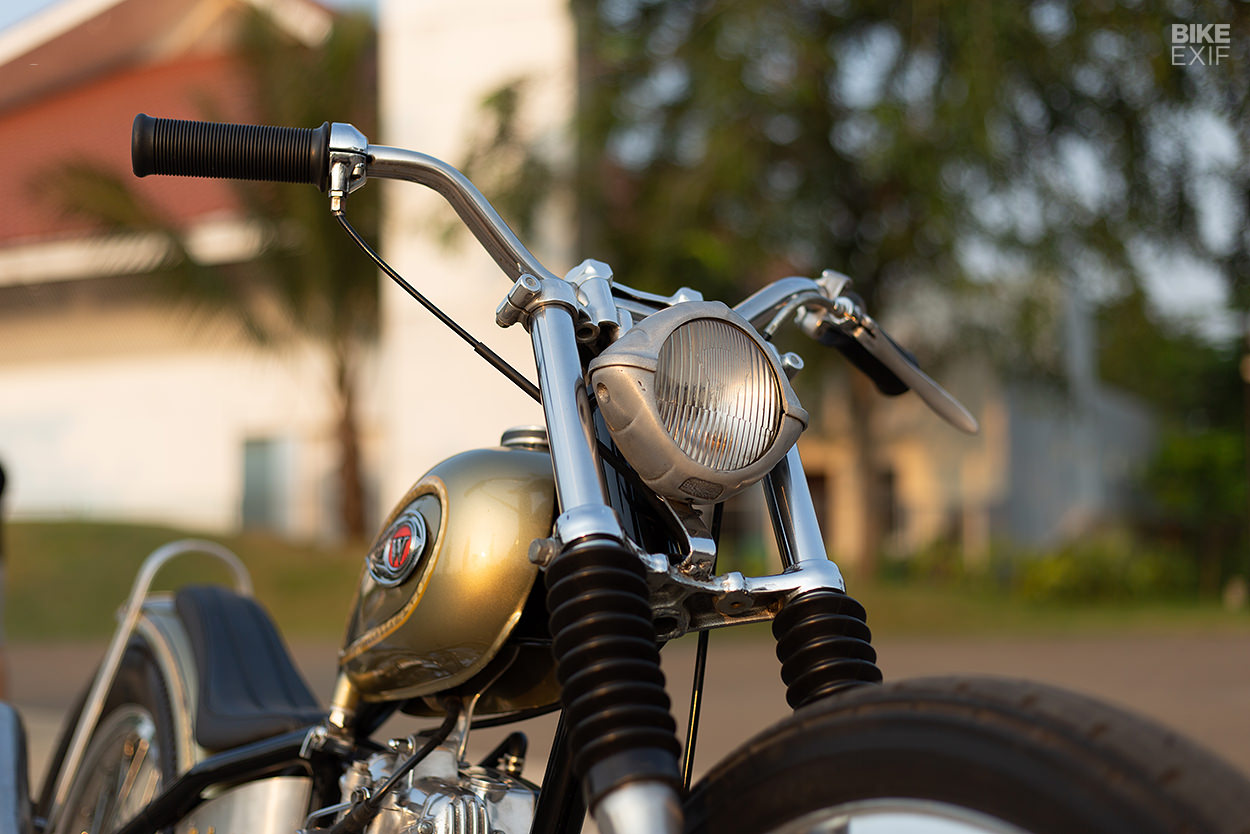 But back to this Kawasaki. It bears little resemblance to the factory W175, and looks a good half-century older than it really is. It helps that the front of the frame is a single down tube, but the back half is completely new and is more akin to a vintage hardtail.

“We went for a ‘British chopper’ silhouette,” says Ghifara. “Since the engine is only 175 cc, we wanted to keep the build compact and slim. We chopped out 80% of the frame and recreated the rest.” 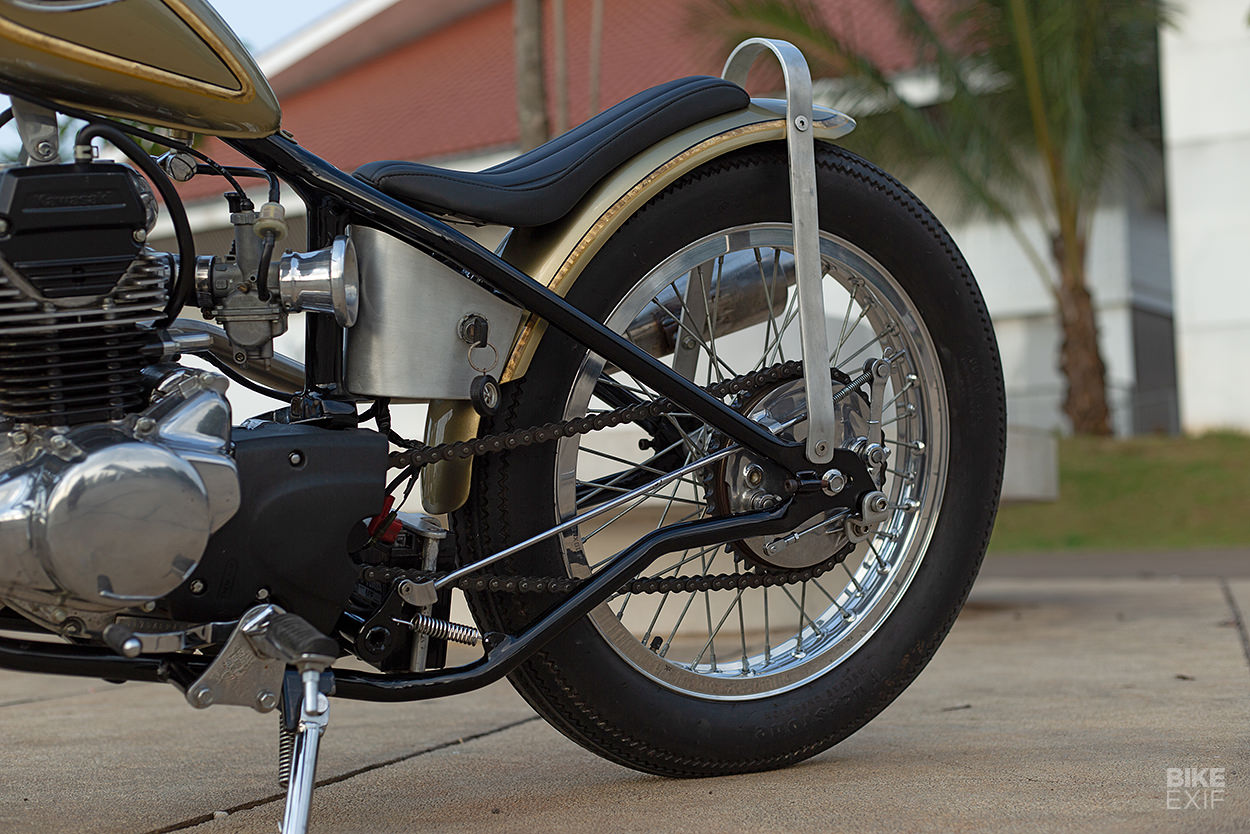 Wheels are critical to getting that vintage chopper stance, so Febrian has gone for an F21/R19 setup, using slim Akront rims. The tires are a slender 160 section at the front and 195 at the rear.

The front disc brake is gone—which meant fashioning a new front hub in aluminum too. And the rear drum brake is now on the left side, to clean up the view on the (custom) exhaust side of the W175. 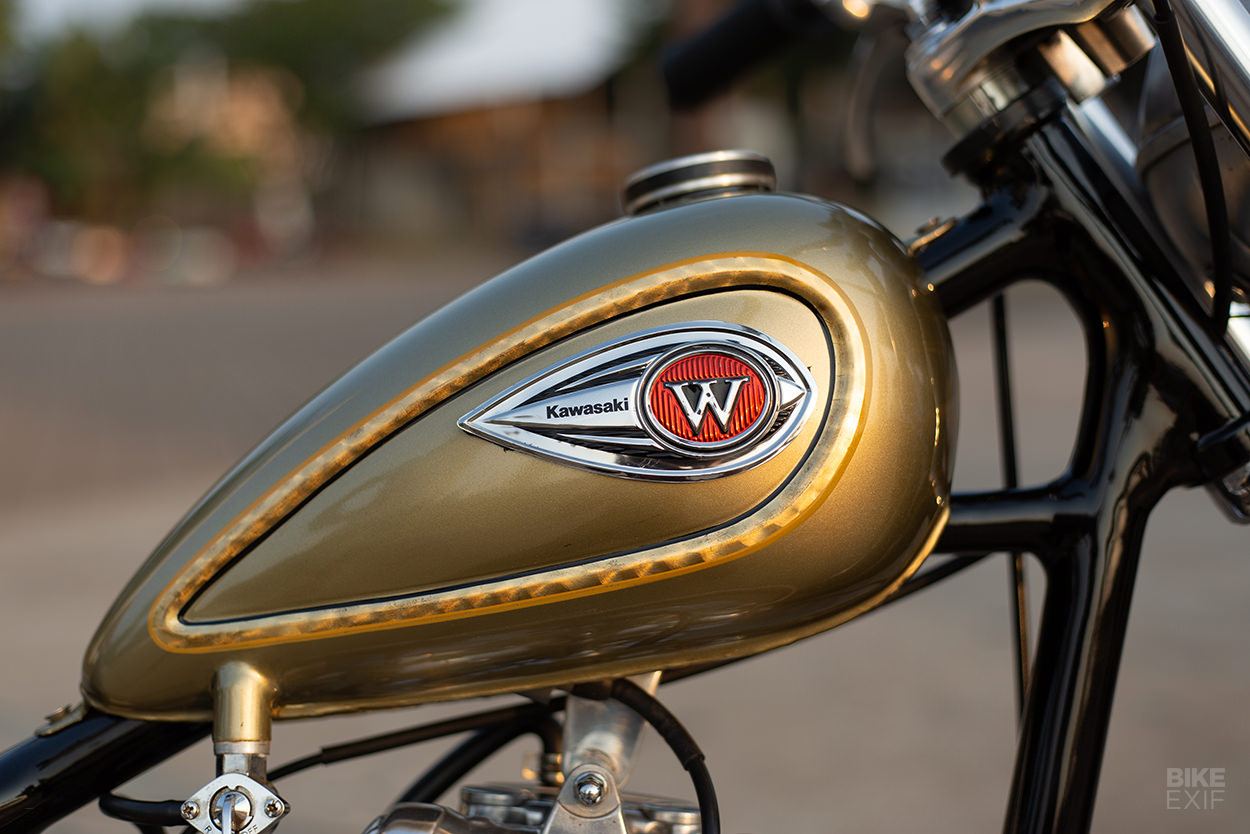 Febrian’s metalworking skills are to the fore on the peanut tank, which is impeccably beaten and garnished with a classic ‘W’ badge, based on the W800 design.

Tole’s client Omar asked for a gold finish on the W175, and named the bike Cahaya Ilahi—which in Indonesian means ‘Divine Light.’ The paint was outsourced to local expert Bronx Kustompaint, and the soft metallic glow is sublime. 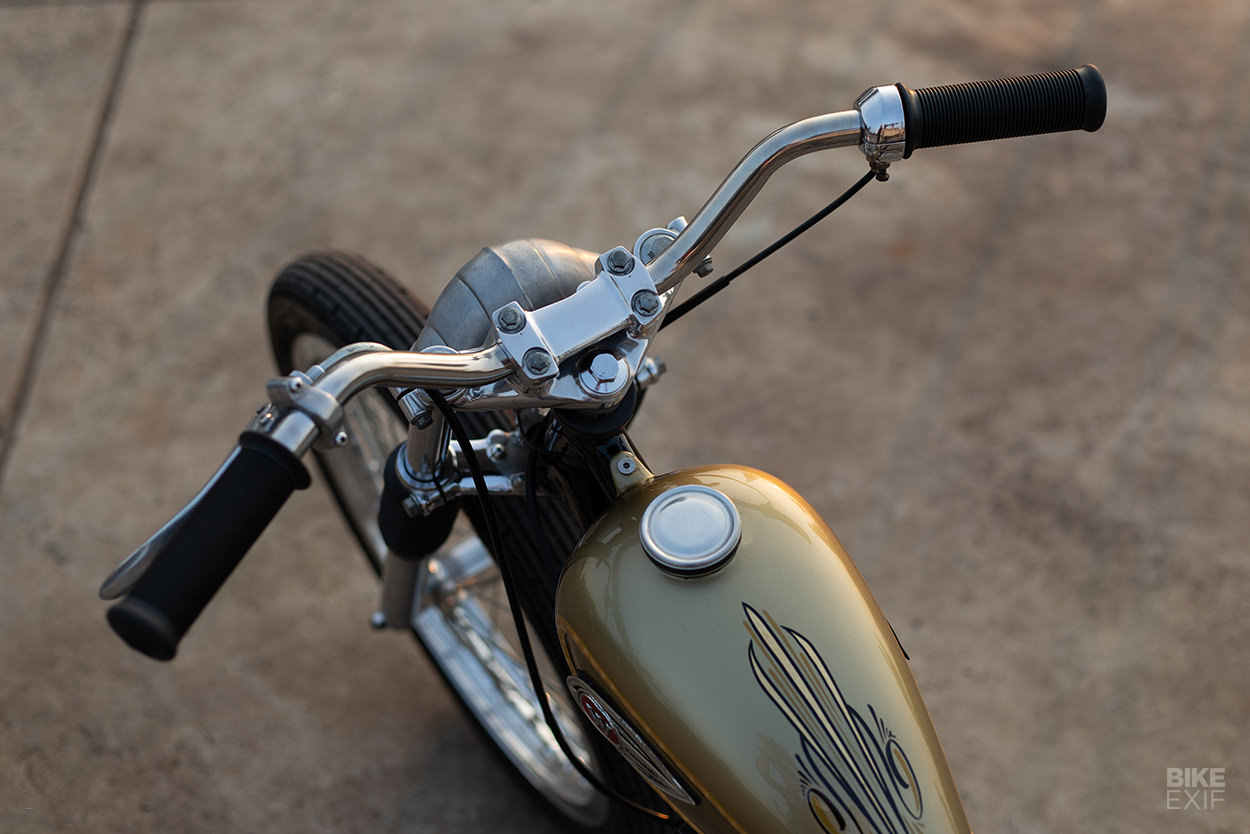 Febrian has also fabricated a new tire-hugging rear fender, and an under-seat box to conceal the minimal electrics.

There’s an appealing simplicity to this build, because it’s something of a lost art in the West—where custom shops are constrained by punitive regulations, pervasive electronics and the cost of marketing. Sadly, bikes like this are a dying breed.

Tole Motorworks Instagram | Images by Ghifara Prayudha, with thanks to Hendra Prathama 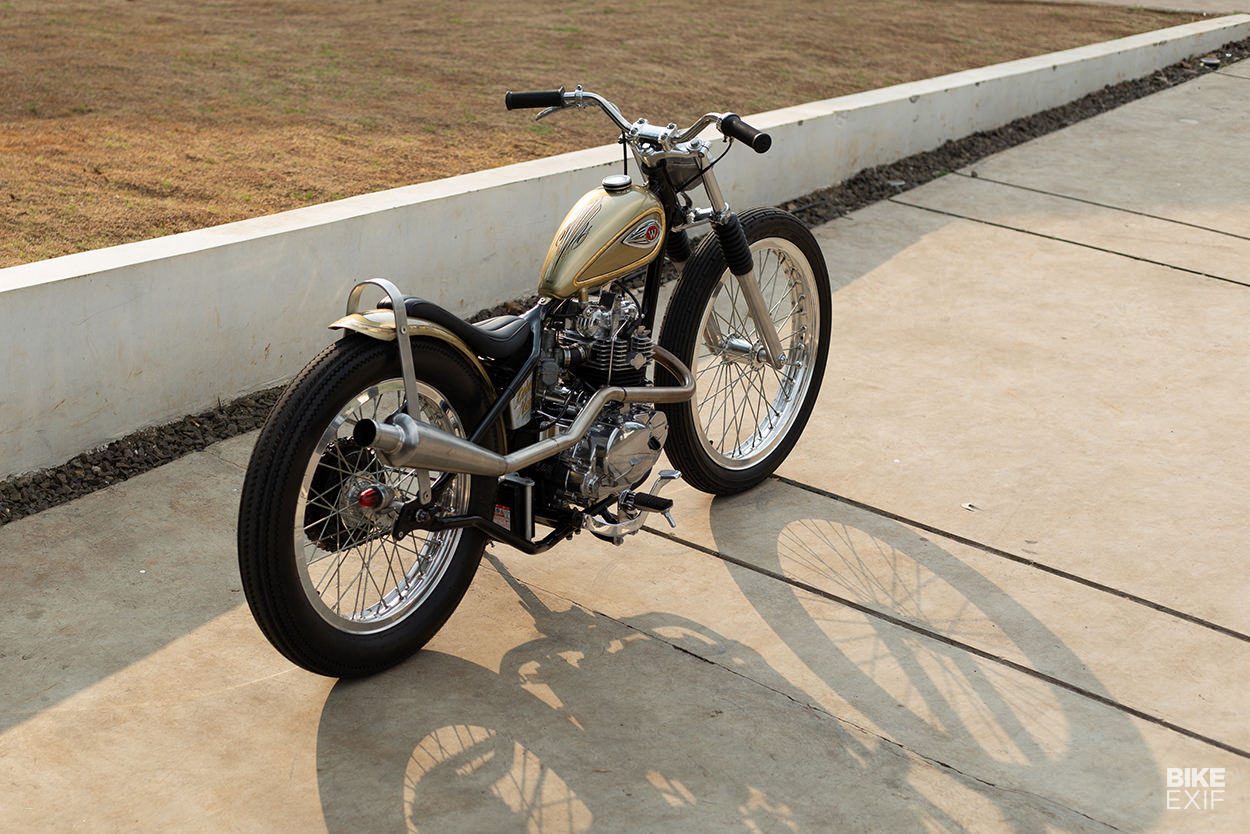