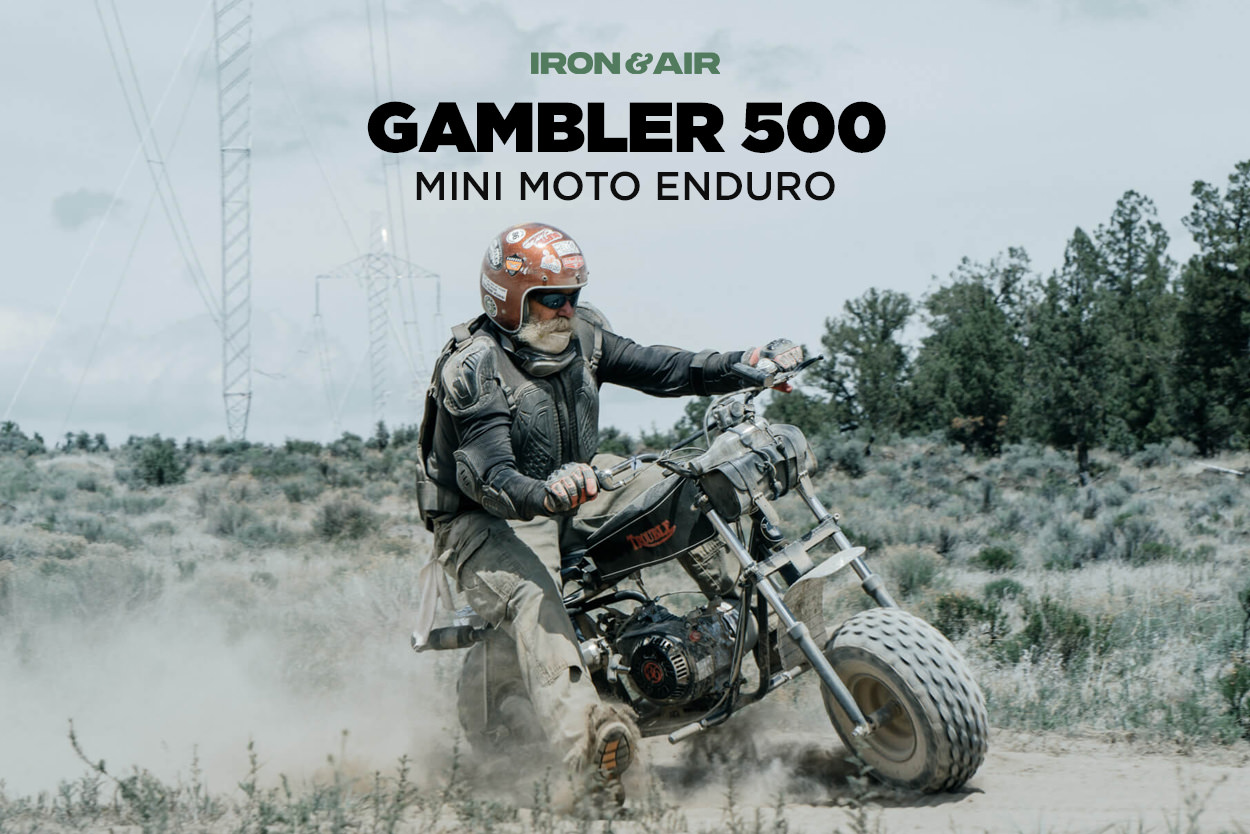 My Coleman CT200 mini-bike sounded like empty soup cans having make-up sex. My bony ass cheeks got more bruised with every lap, and my hands felt arthritic. Every time I went to loosen my white-knuckle grip, the CT200 tried to buck me.

People were being hauled off the six-mile, off-road circuit with concussions and broken collarbones. A beautiful shit show, where everyone smiled through the pain.

Tate Morgan, founder of the Gambler 500, invited me to the Mini Moto Enduro, a 100-mile endurance mini-bike race somewhere outside of Sunriver, Oregon. He picked me up from Portland airport in a decommissioned ‘short bus’ spray-painted with MUD DAWGS—a little league team he coaches and abandoned for the Mini Moto Enduro—and we started the three-hour drive toward the campground where the race would be held. 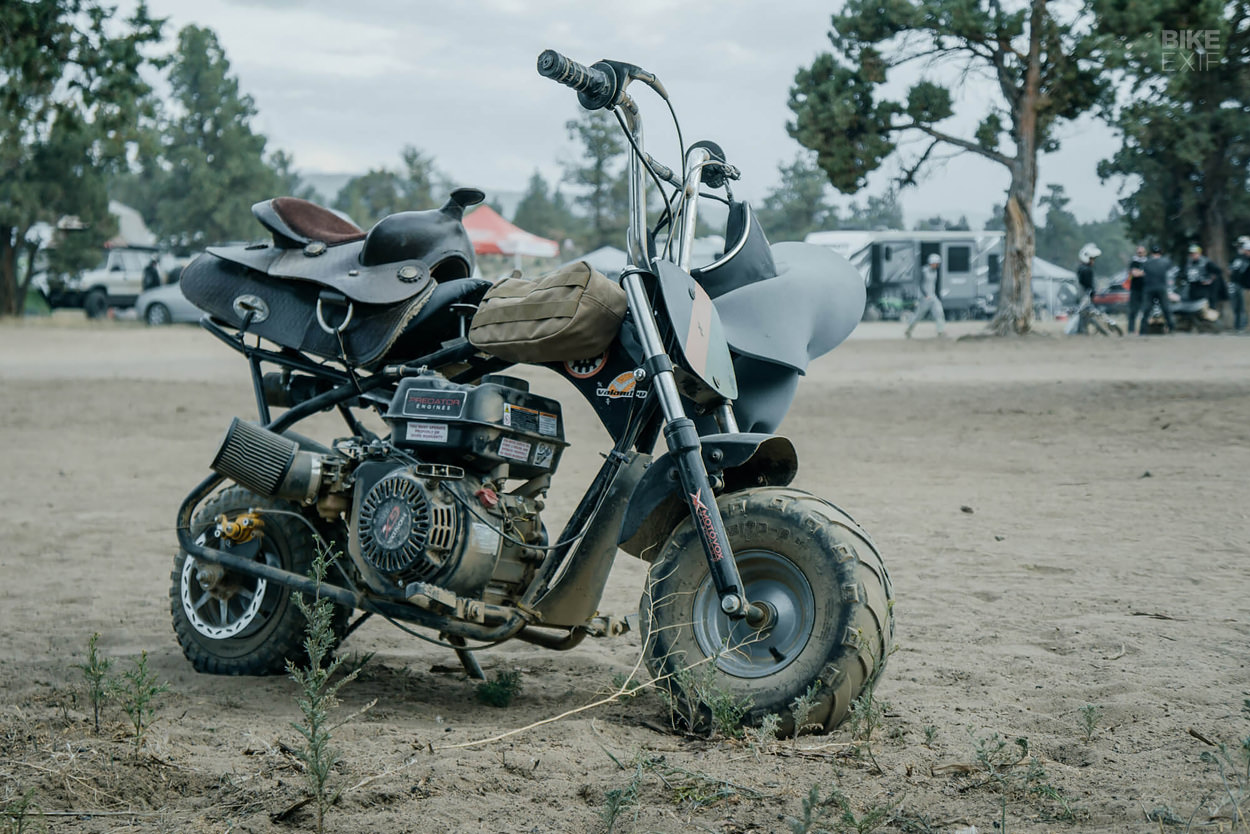 The following morning, we understood the madness of what we were about to do, looking at well over 100 mini-bikes in various states of dress and disrepair.

Tate and I unloaded our Coleman CT200s from the back of his bus; he loaned me one he’d been beating on for years. Neither of us hurried during the LeMans-style start, when riders run to their bikes. We waited for the massive dust cloud to settle. 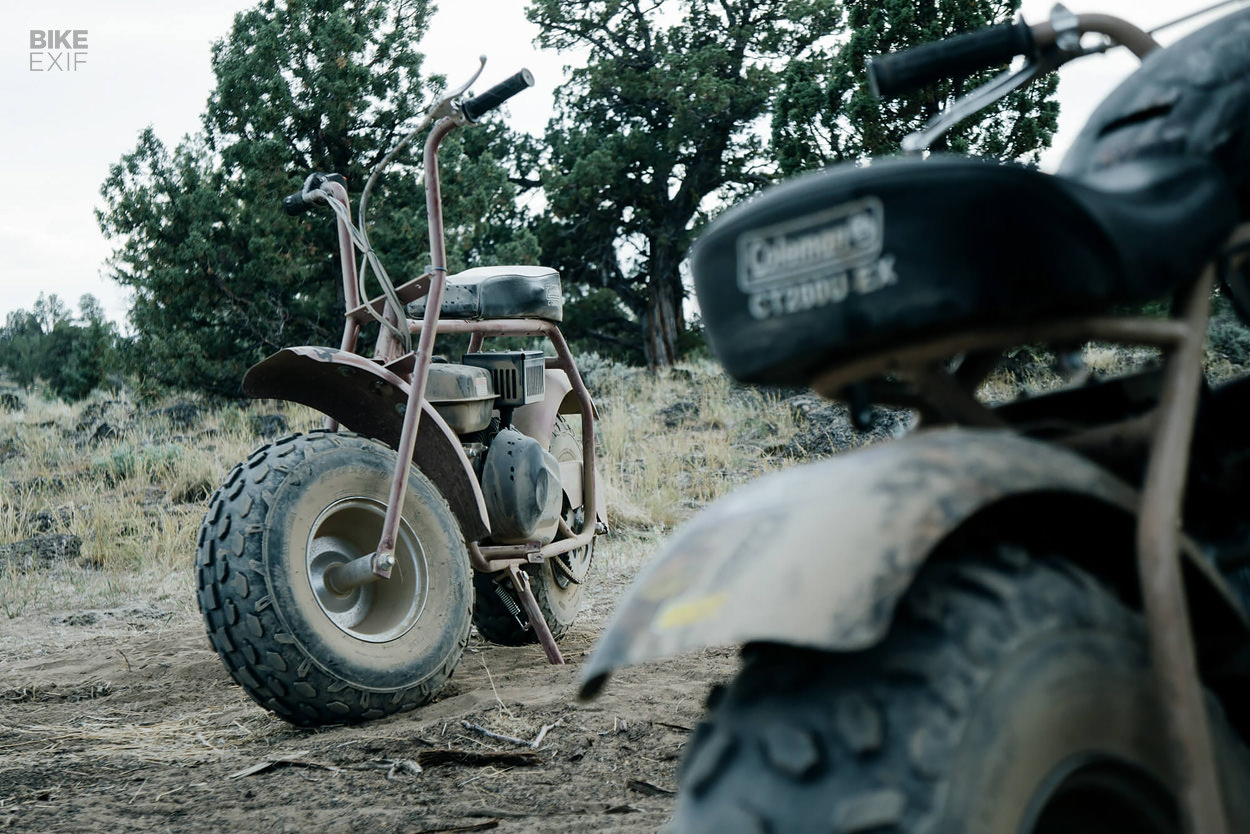 Whoever planned the Gambler 500’s loop wasn’t fucking around—gravel, sand, silt, boulders, whoops, roots, cattle guards, and more goddamn boulders. A couple of sections, like the ‘fork in the road’ and the ‘rock waterfall,’ would’ve been sketchy on full-size dirt bikes, and we were on $500 minis.

I picked my line and stuck to it, even when I didn’t pick right; jumping off rocks, then landing, proved unkind to my genitals. 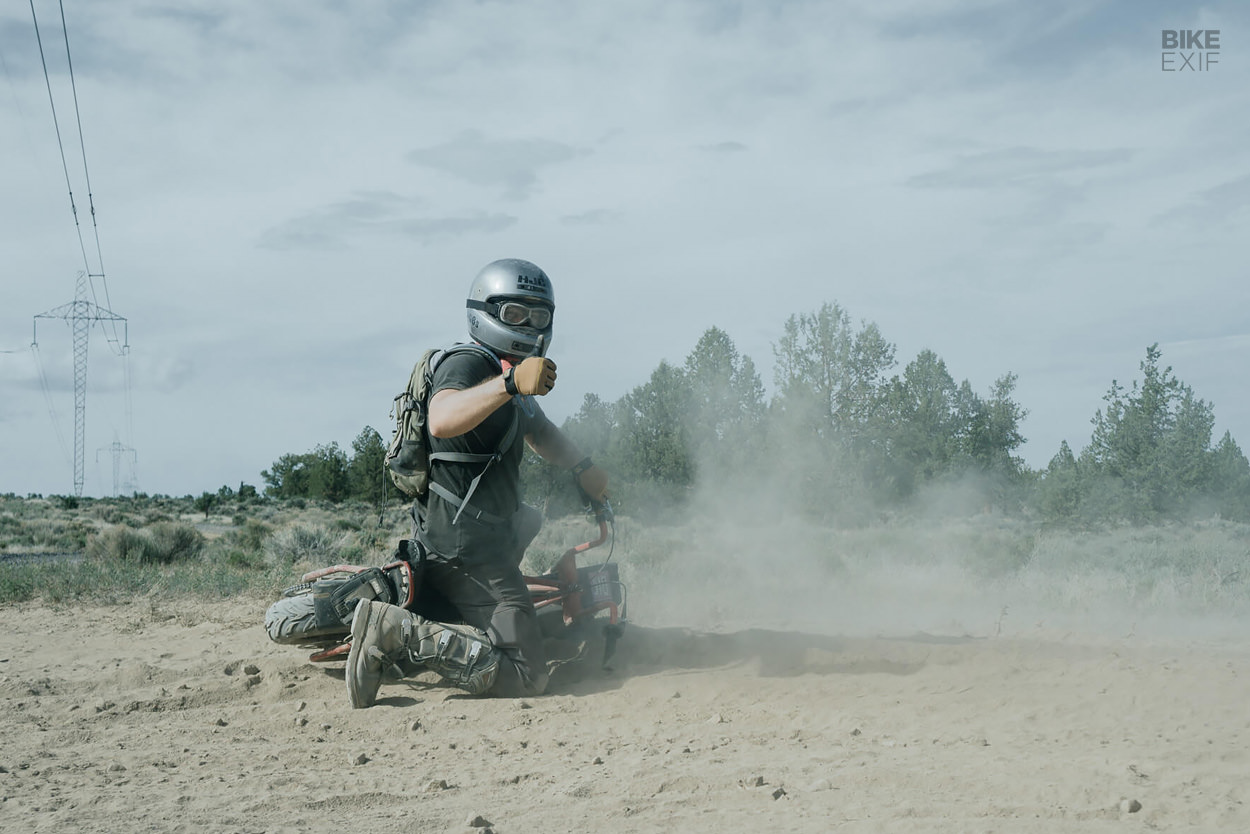 Breakdowns were common; mini-bikes with flat tires and snapped chains all along the sides of the trail. I had only two issues: the pull-start rope snapped, which took me ten minutes to repair on the trail, and then the throttle return stopped working, which meant I had to keep my right hand on the throttle body and gently “jockey throttle.”

I completed only ten of the 18 laps, but my friend Jessi Combs became the Mini Moto Enduro’s only ironwoman. She and a white-bearded man named “Mr. Miyagi” were the only two to complete the race solo. 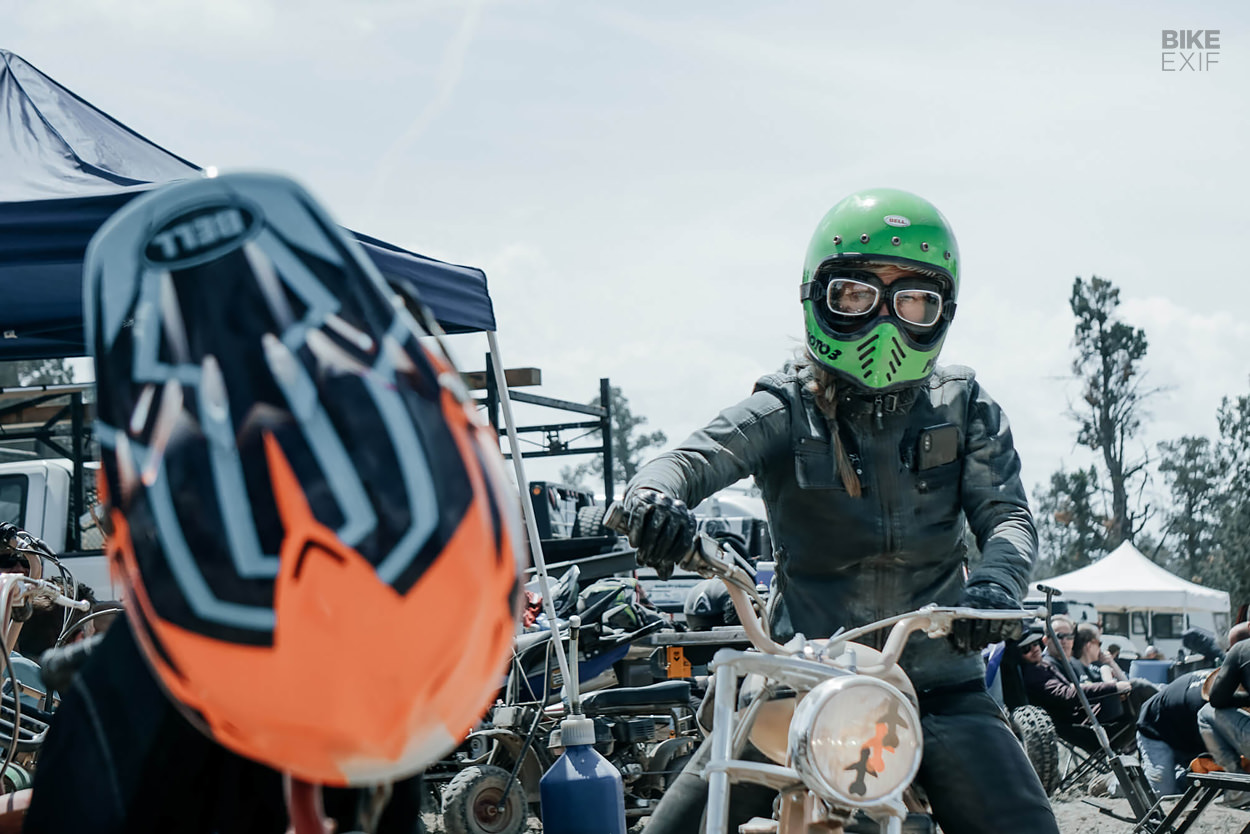 Wood pallets were used to build a huge fire, then used to erect a ramp facing said fire. A guy named Casey, dressed as Borat, somehow got his hands on a go-kart and jumped it over the fire, then proceeded to jump it a dozen more times.

Other people jumped mini-bikes, one guy face-planted, and another guy did a mini-bike burnout on the hood of a Crown Victoria. The night ended in a tent on the roof of Tate’s bus, and the next morning we were back on the road for a three-hour drive to Portland airport. 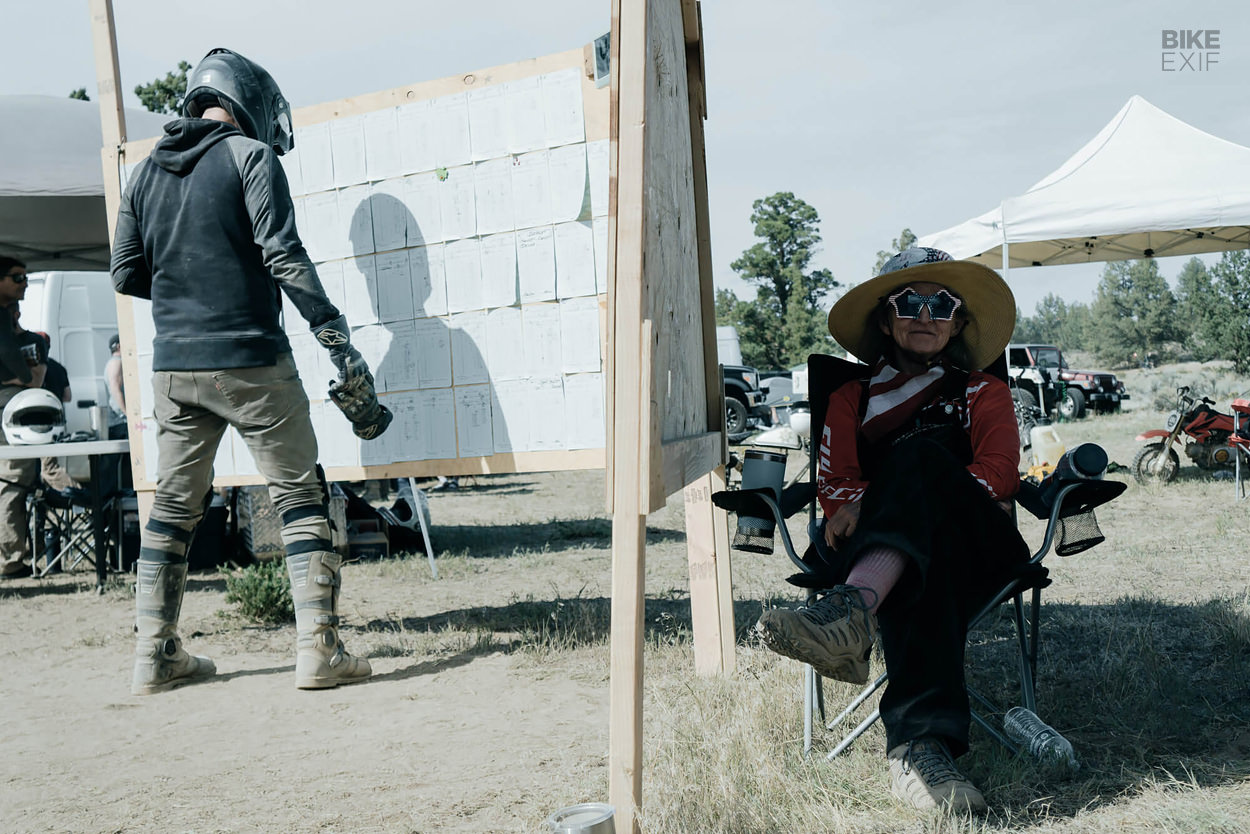 As I write this, after watching dirt pool around my shower drain, I realize I haven’t done anything that childish in a while; “life” gets in the way too often now. It doesn’t get in Tate’s way, and it didn’t get in the way of Tate’s friends, the assistant head coaches of the Mud Dawgs. An assembly of fools, putting themselves in harm’s way in the stupidest way possible, having so much fun. 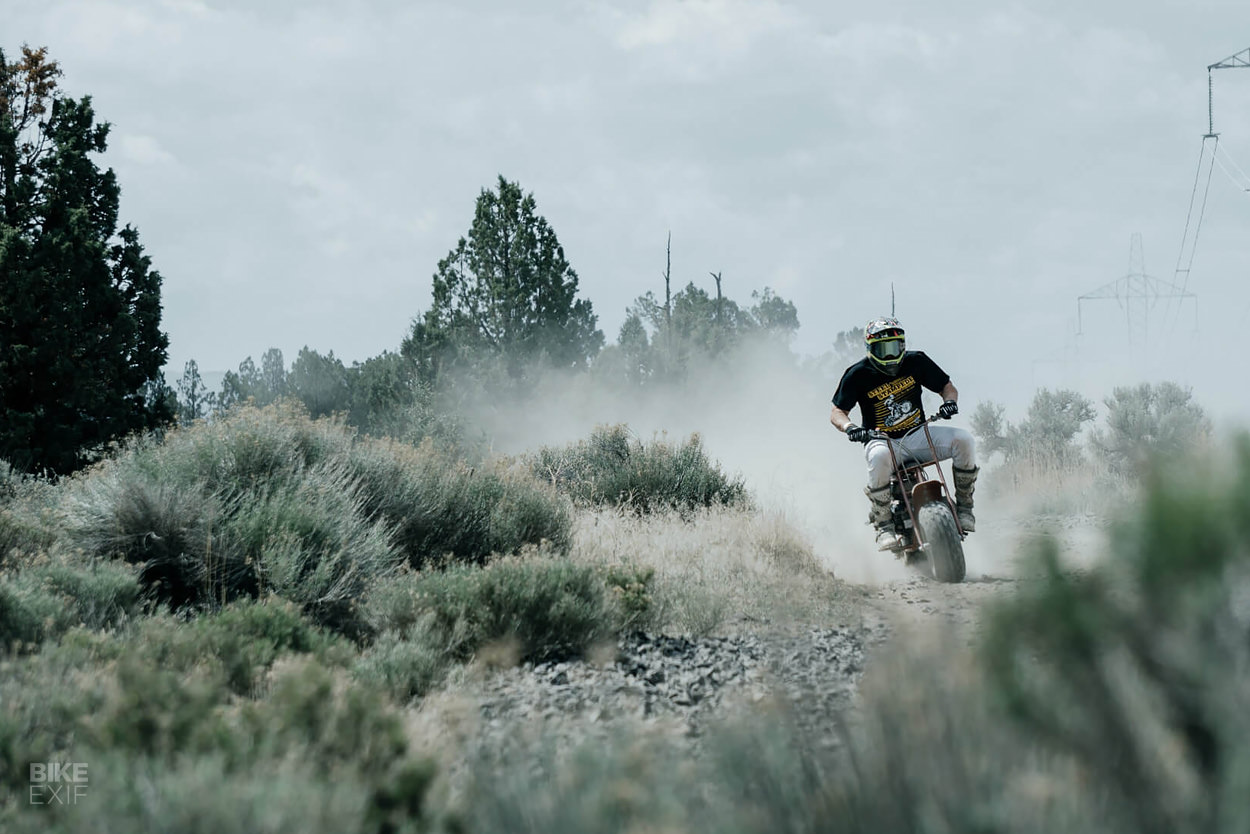 Inspired people who raise cattle as a hobby, build their own houses and create websites to catfish their best friends. Gamblers are charming folk you want to meet.

Words and images by Chris Nelson for Iron & Air Magazine 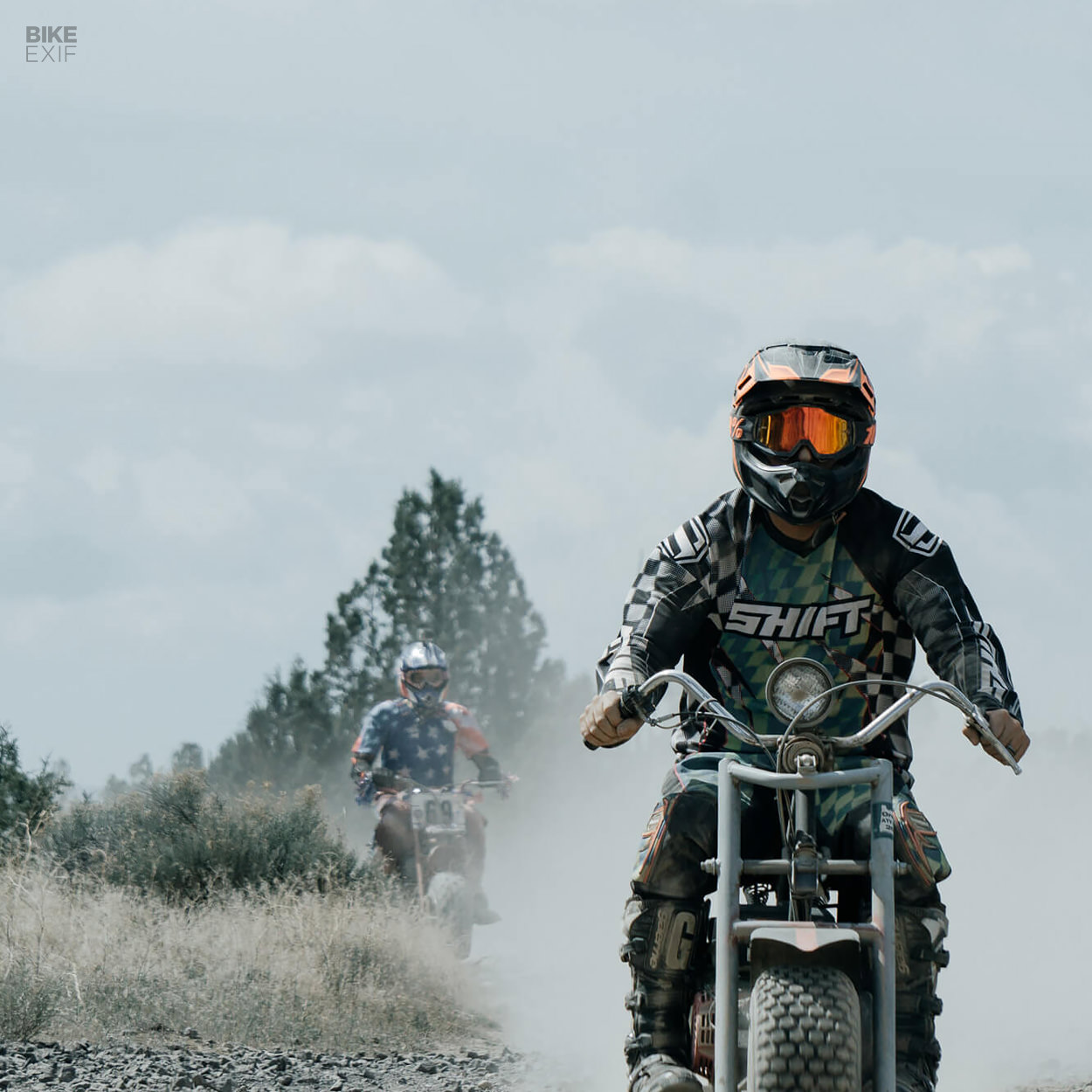 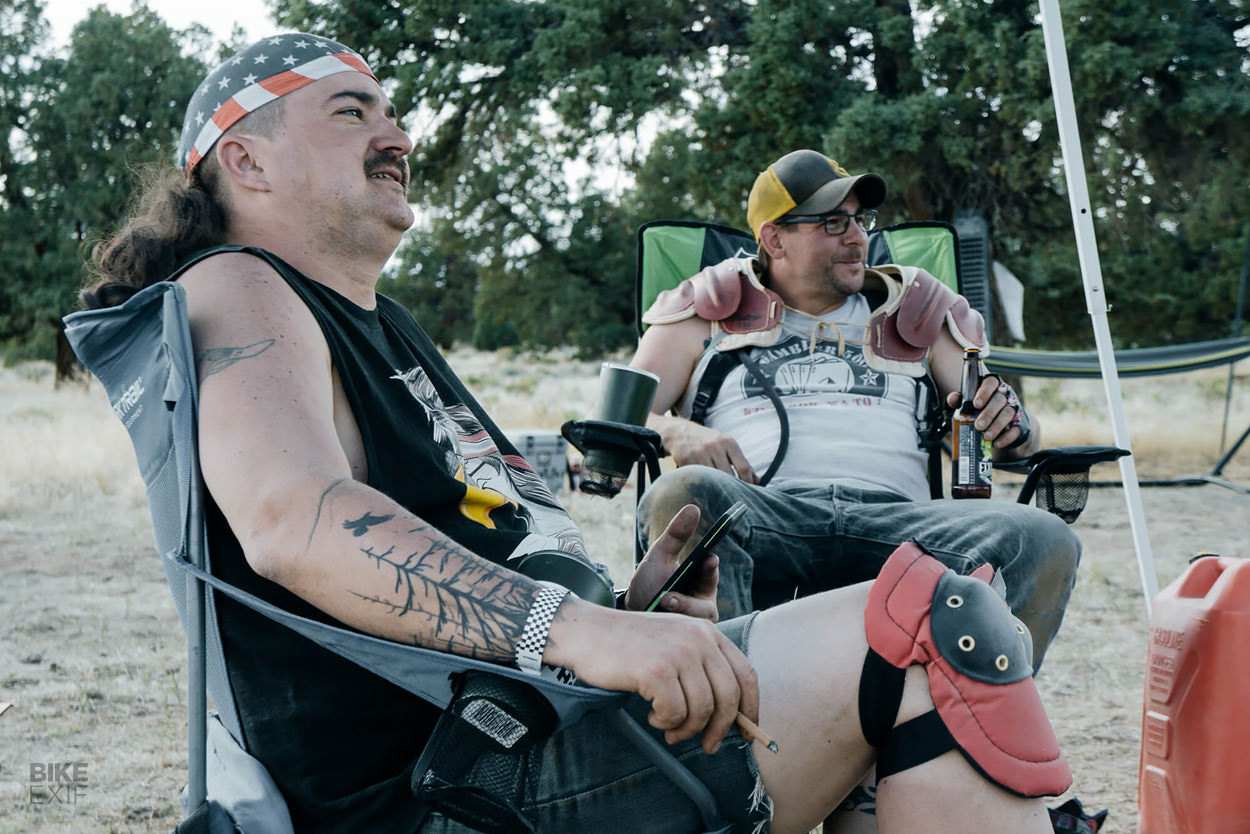 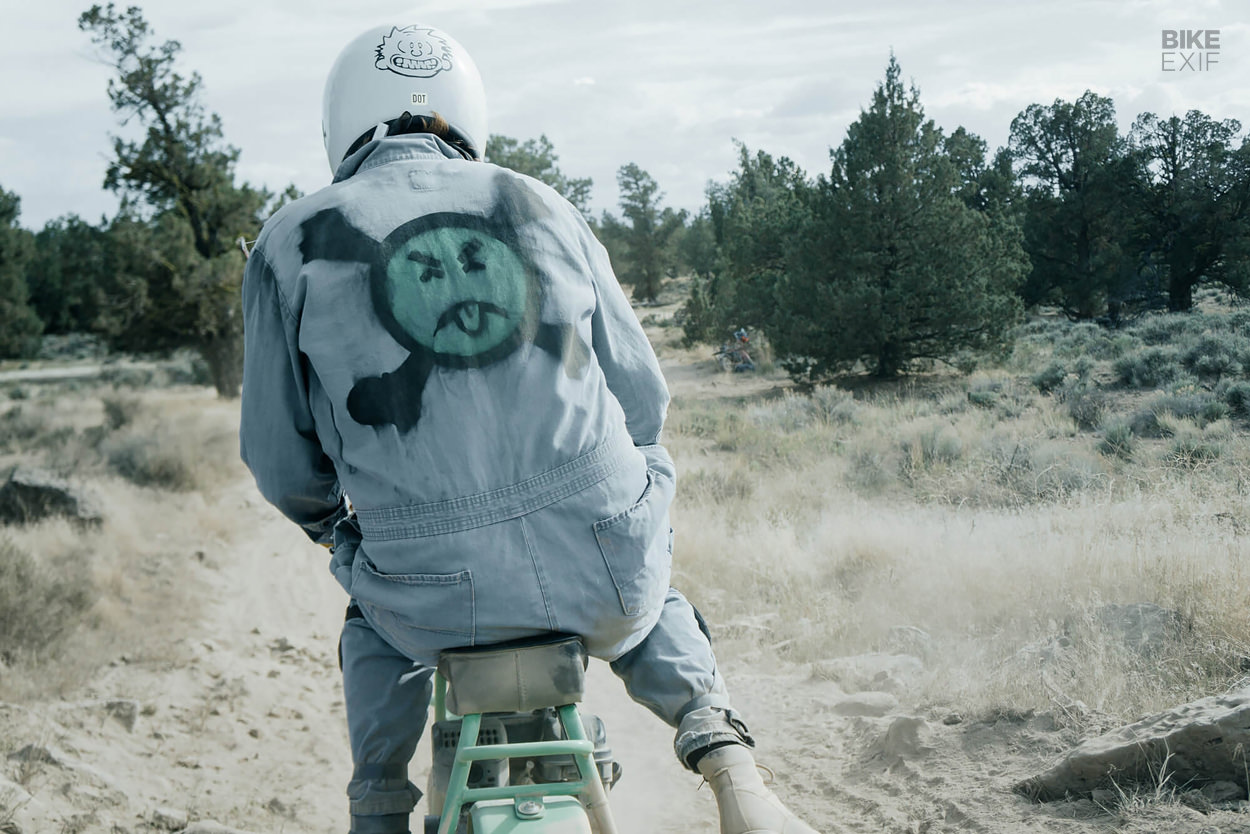