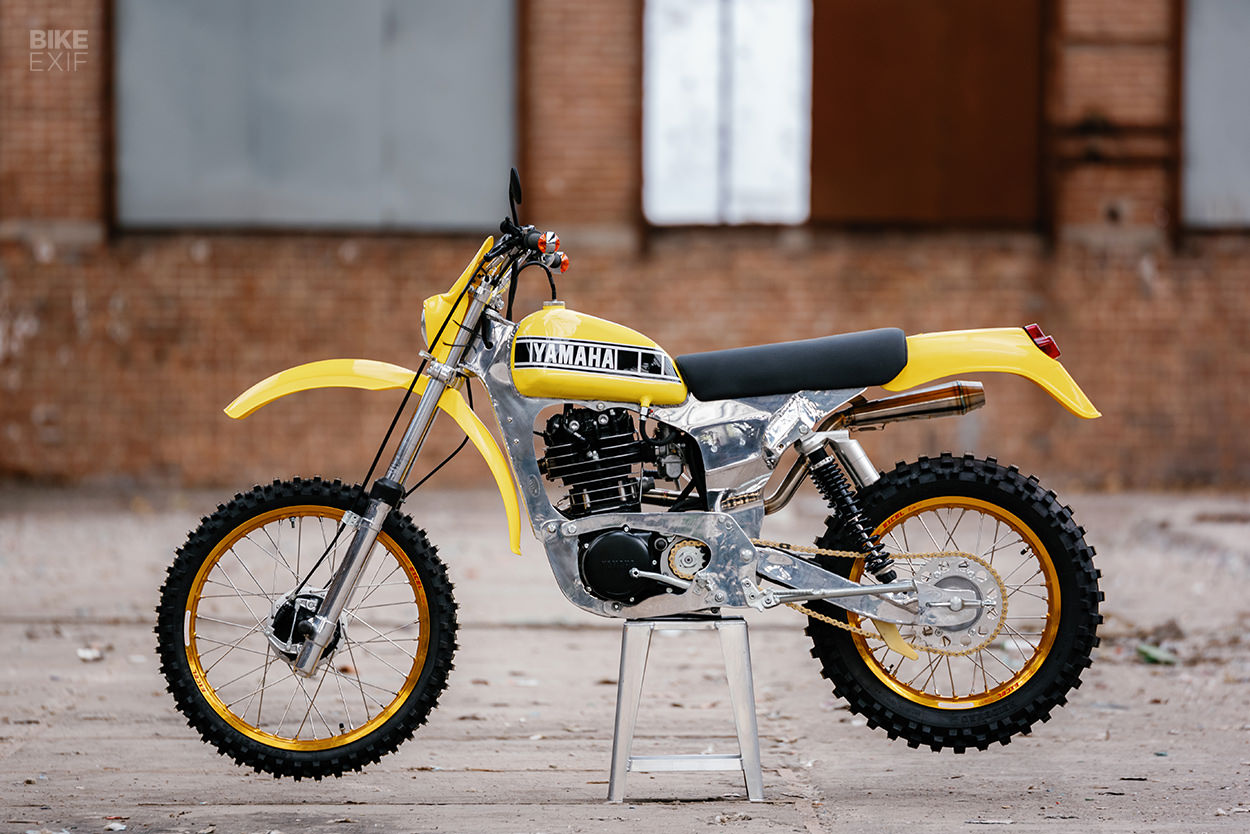 We all know Hagon for their shocks, often fitted to the custom motorcycles that grace these pages. But company founder Alf Hagon’s story goes much further back. Before he launched the successful suspension brand, he competed in speedway and grasstrack racing—and built some pretty sweet bikes.

Most notably, he’s credited for creating the first aluminum monocoque motocross frame. Built for British motocross legend Vic Eastwood in 1977, the Hagon Yamaha was powered by a Yamaha TT500 motor, bored out to 540 cc. Only a handful of these frames were ever built… and you’re looking at one of them. 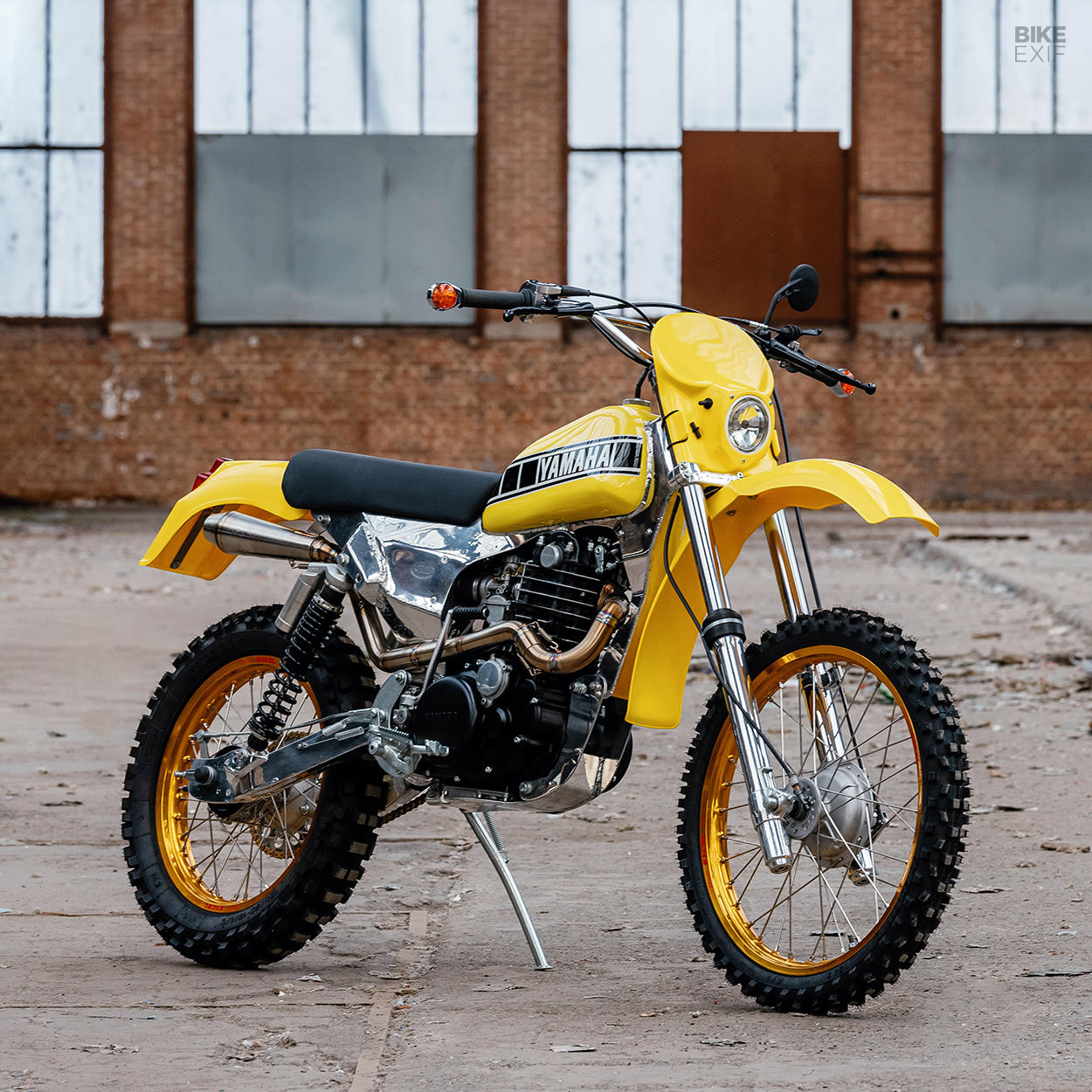 It’s owned by our friend Dirk Oehlerking, better known as Kingston Custom. Or at least, it was owned by Dirk, because he’s just sold it to a customer after 38 years of ownership. That’s right—he bought this Hagon Yamaha way back in 1984.

“The bike was already very well known at that time,” he says, “and very, very rare—this was the only one in Germany. I bought it for about €8,000. For comparison, a KTM, Maico or Husqvarna was about €2,500 at the time, and the Japanese manufacturers were priced much lower.” 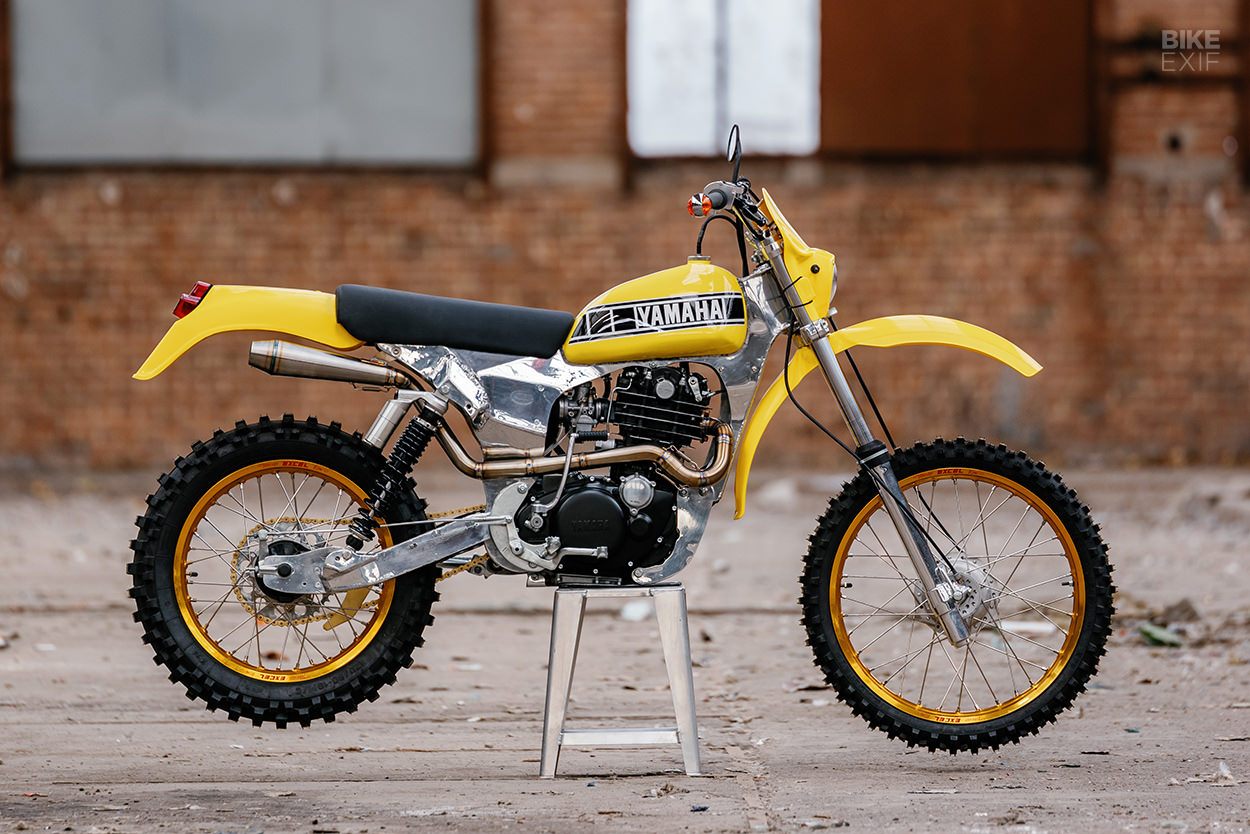 “I have not let her out of my sight since that time. It was on display in my Yamaha store back then like a sculpture, and locked with a safety chain. When I quit the store in 2010 to build custom bikes, I hid it.” 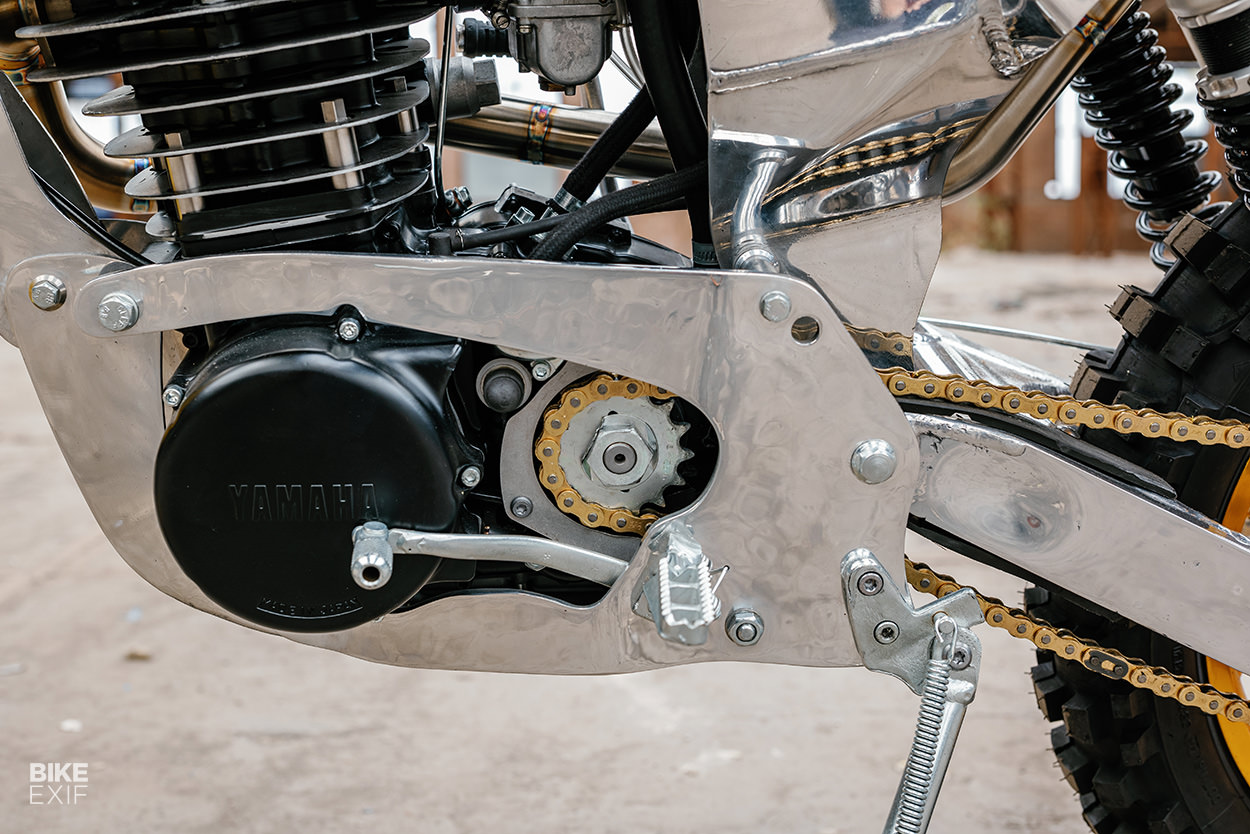 Dirk’s Hagon Yamaha originally came with Maico forks and wheels, and a Yamaha HL500 motor, but it’s evolved over the years. The biggest chunk of work happened last year, when he gave it a full top to bottom refresh—starting with an engine rebuild.

The Yamaha single was bored out to 535 cc, and kitted with SR500 clutch cover and a Mikuni carb. The stainless steel exhaust system is custom, fabricated to Dirk’s spec by Hattech in Germany. Power output now sits at 40 hp—not bad for a bike that weighs just 106 kilos [234 lbs] wet. 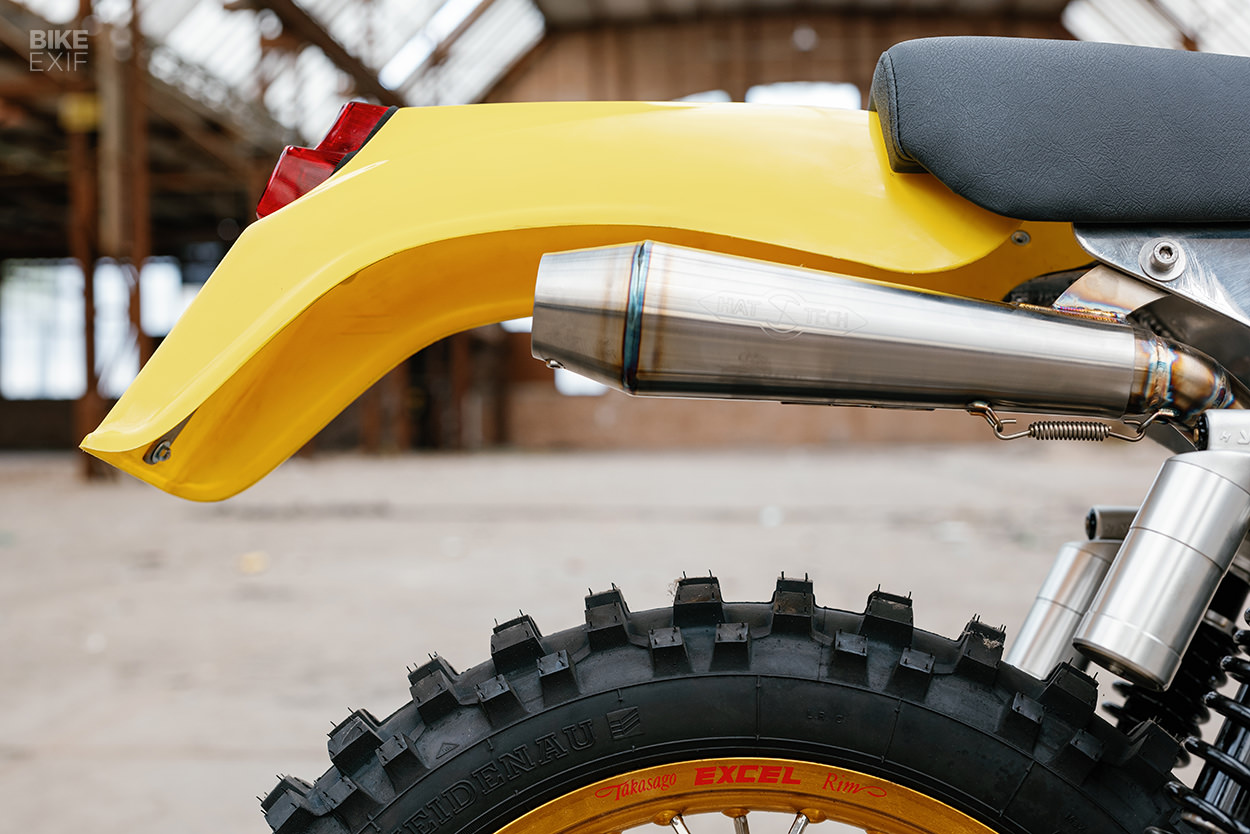 Dirk also made some changes to the Yamaha’s running gear. It still has its Maico forks, but the rear shocks were swapped out for a set of YSS piggyback models a few years ago. The rims are from Excel, and are laced to the original Maico hub in front, and a Honda hub out back.

This particular Hagon Yamaha has the rare distinction of being street legal too. Dirk made the necessary changes back in 1995—a mammoth task, given Germany’s uber-strict TÜV regulations. So this motocrosser has a headlight, taillight, bar end turn signals, and space to mount a license plate. 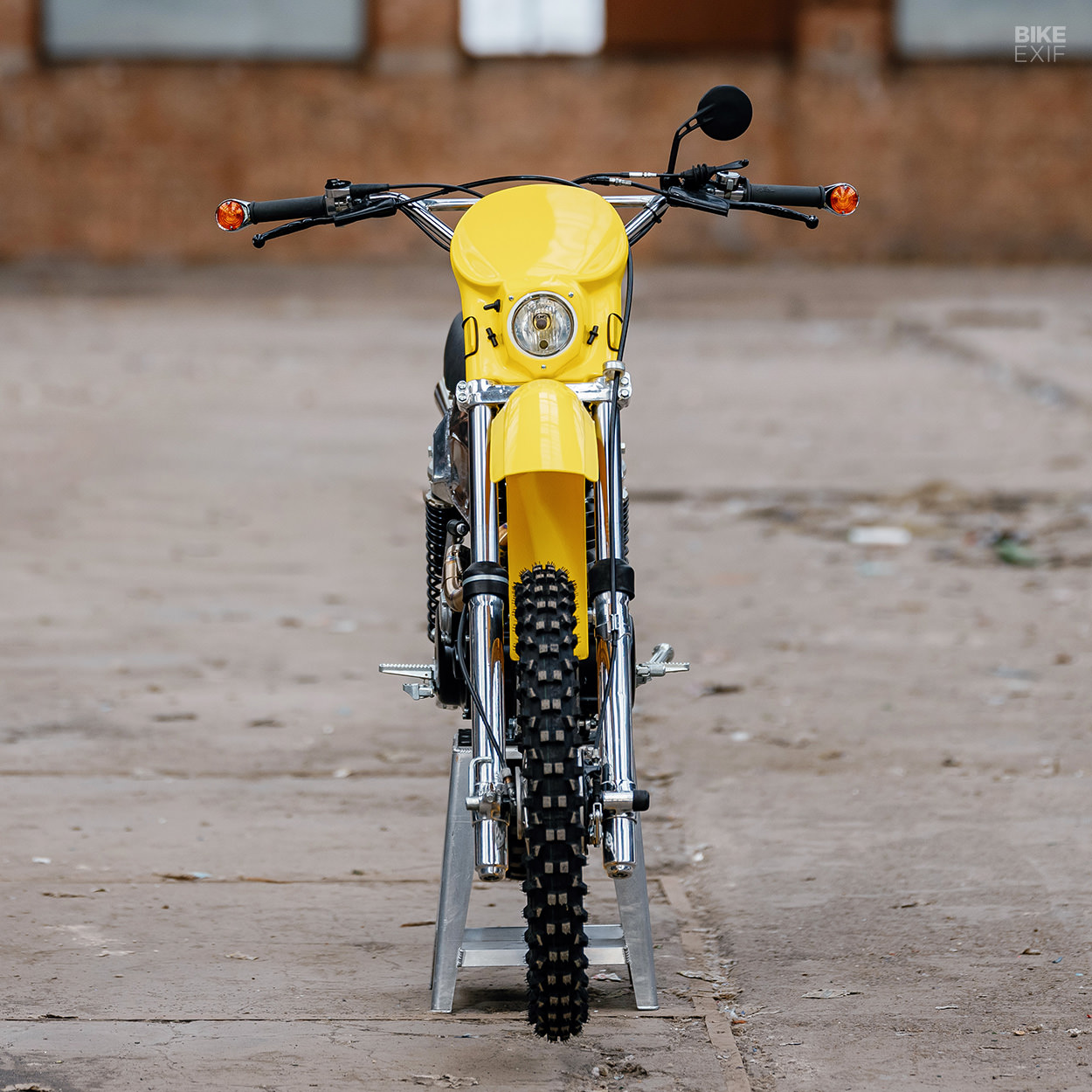 Up front are new Fehling handlebars, LSL grips, and basic vintage-style switches. An off-the-shelf speedo and a single mirror help keep it road-ready.

The bike was also treated to new bodywork during last year’s overhaul, in the form of vintage plastic motocross fenders, a new headlight nacelle and a new perch. The tank is original, because, if you hadn’t noticed, it’s part of the monocoque chassis. So the bike needed a full tear down before it could be repainted. 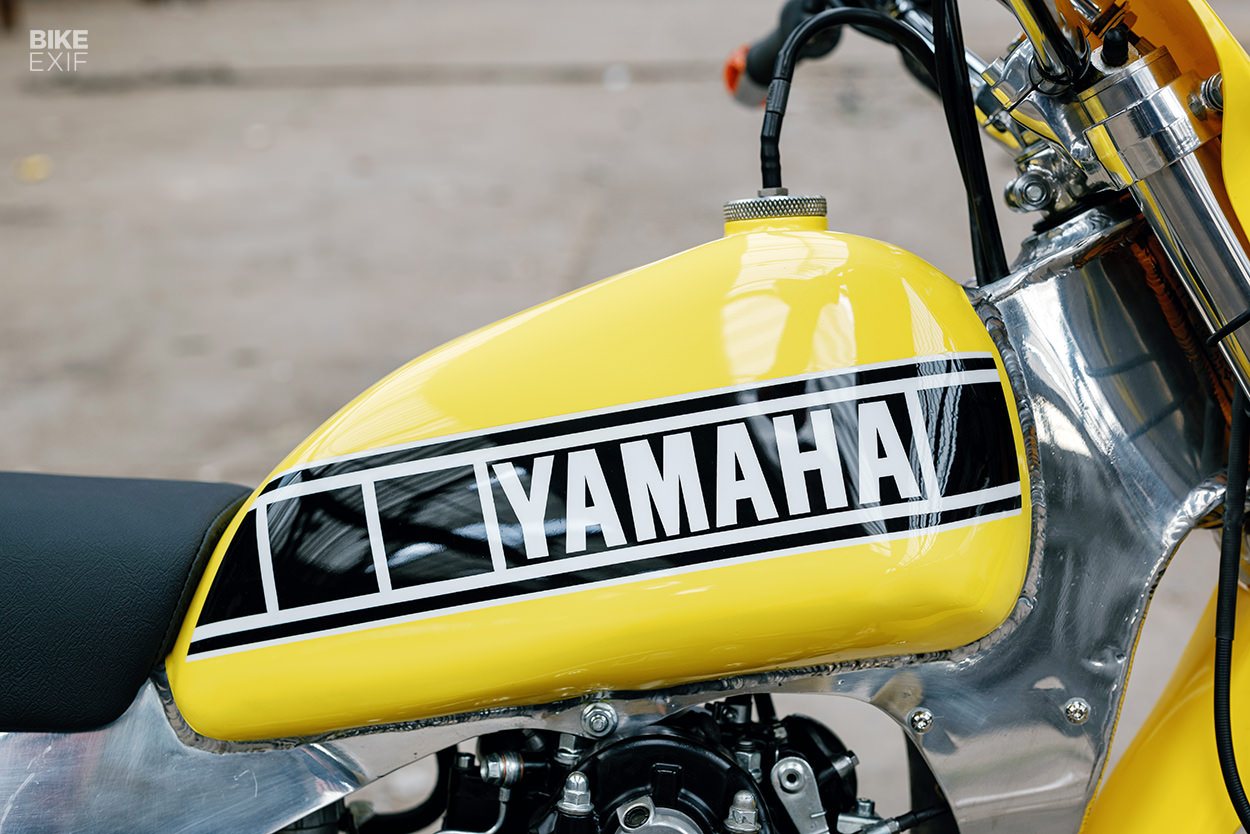 It’s now draped in a fresh coat of yellow with period correct tank graphics. But as great as the paint looks, it’s almost overshadowed by the gleaming aluminum frame—which still has Hagon’s original stamps on it.

Despite the love that Dirk poured into the bike, and the amount of time he’s owned it, he finally brought himself to part with it last year. “One day a customer called me and asked me for advice,” he tells us. “He wanted to buy a vintage enduro.” 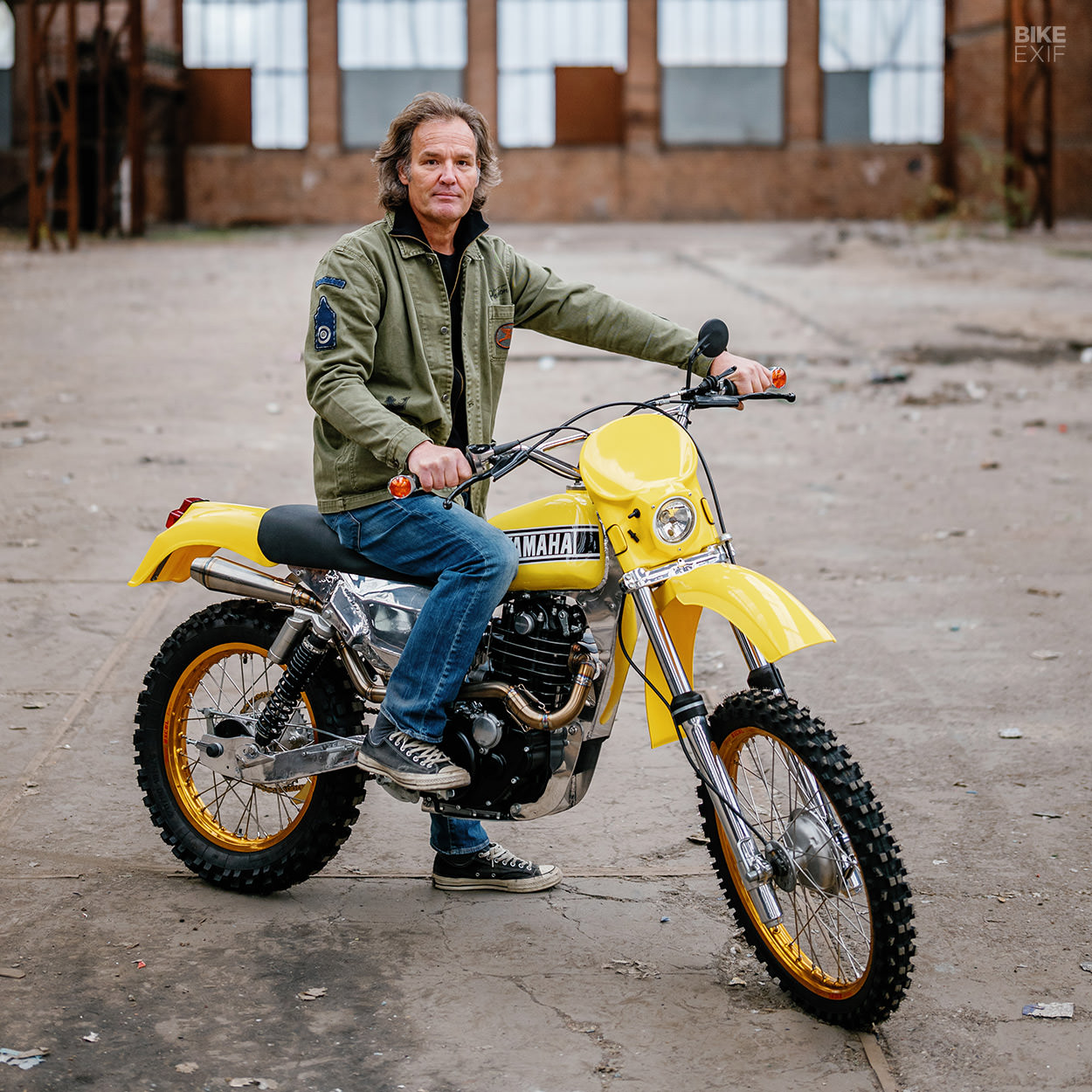 “He was thinking of Maico, KTM, Husqvarna, Bultaco and co. I advised him against these bikes and asked him what really mattered to him. He wanted a vintage enduro that was special, something he could take to Wheels and Waves in Biarritz.”

“I said I’d get back to him. Then suddenly I had a brilliant idea: the hidden Hagon would be just the thing!” 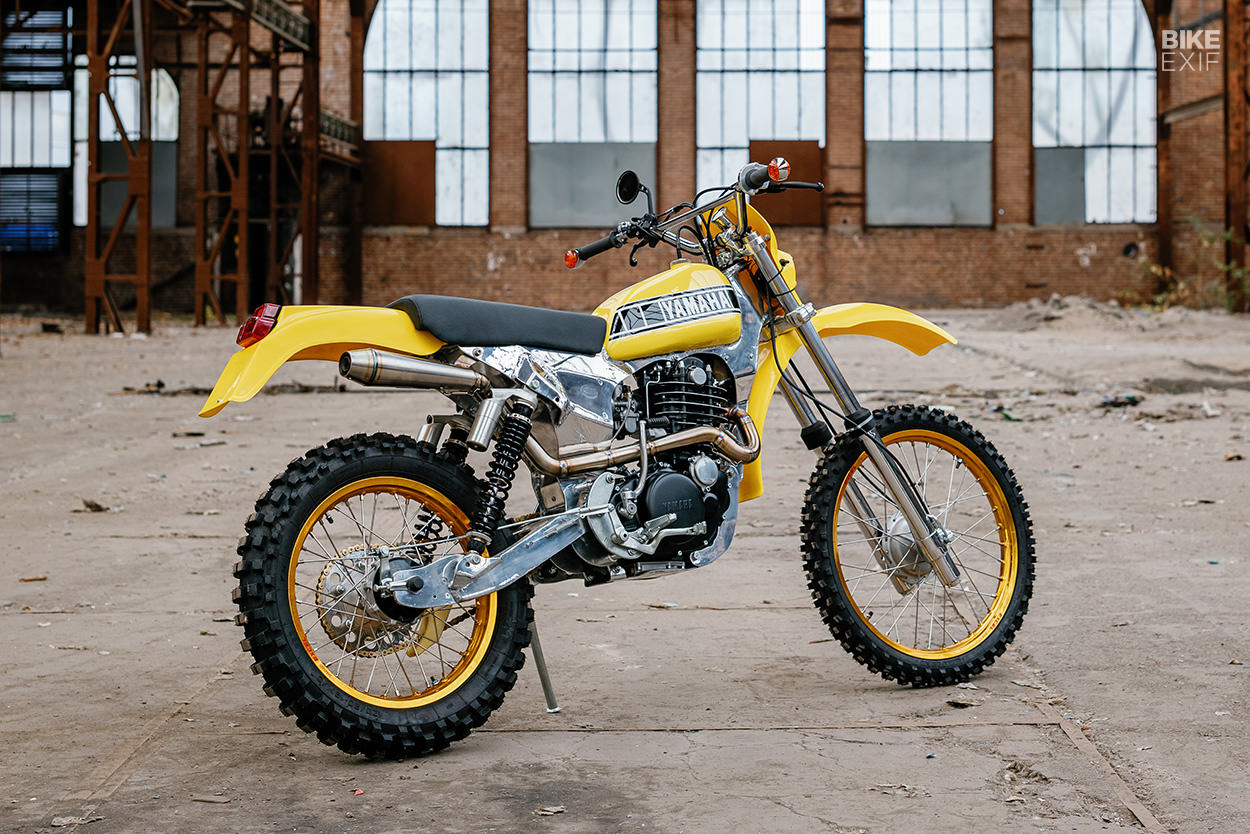 “I called my customer and offered it to him. He didn’t even know what it looked like, he just bought it blind. Because I was so passionate about this bike, he knew he had to have it.”

We’re just a little bit jealous. How about you? 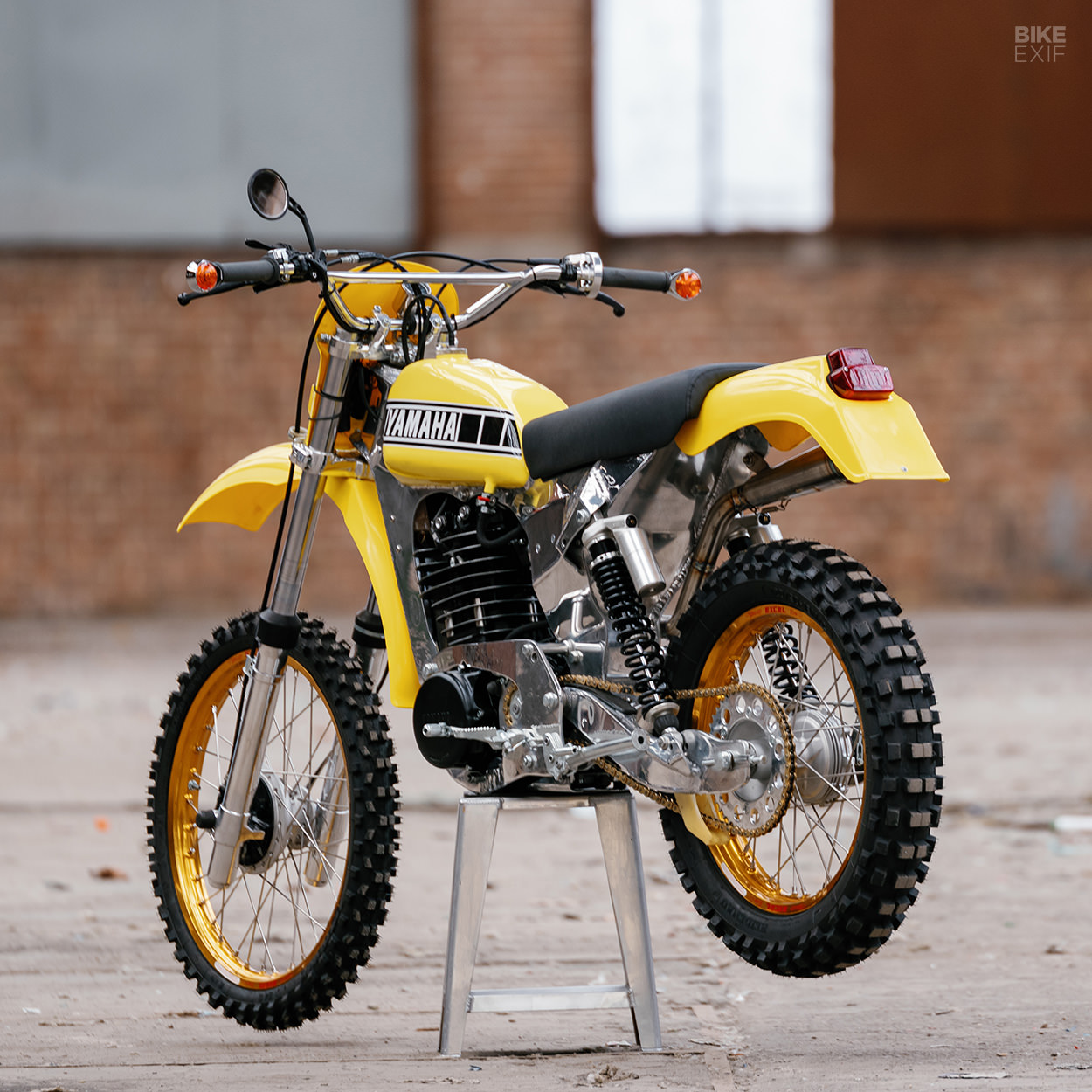