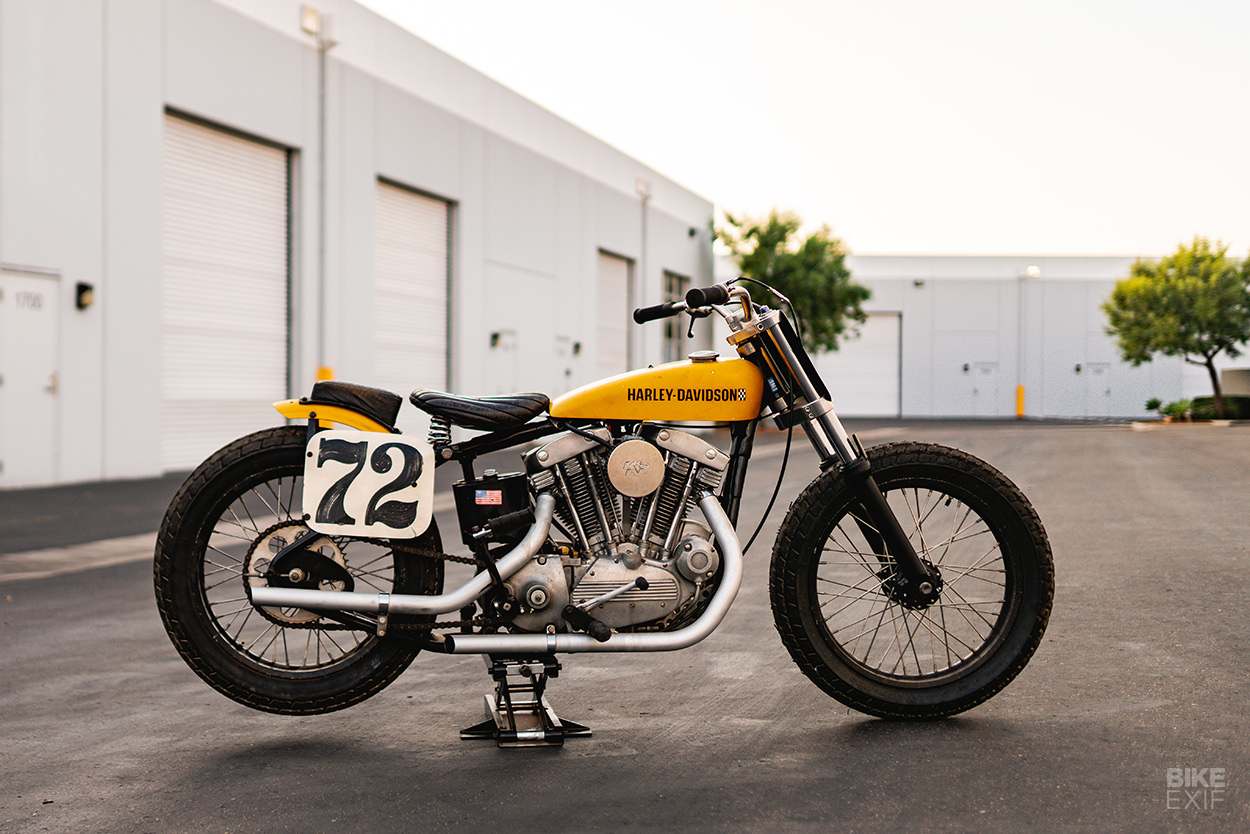 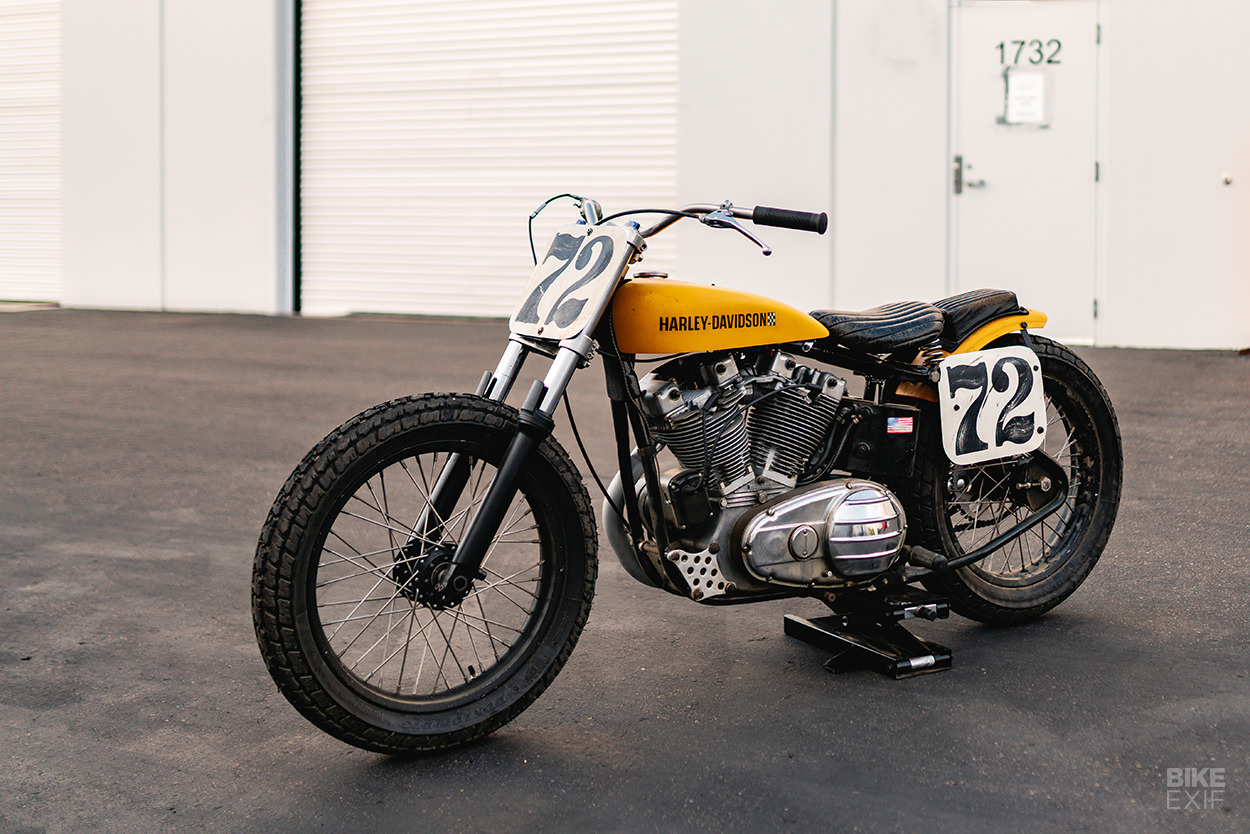 “I built this Harley for vintage flat track racing,” says Paul. “In the 50s and 60s, Harley’s race bike was the KR model, and in 1970 it became the XR. This bike is basically a transition between the two.” 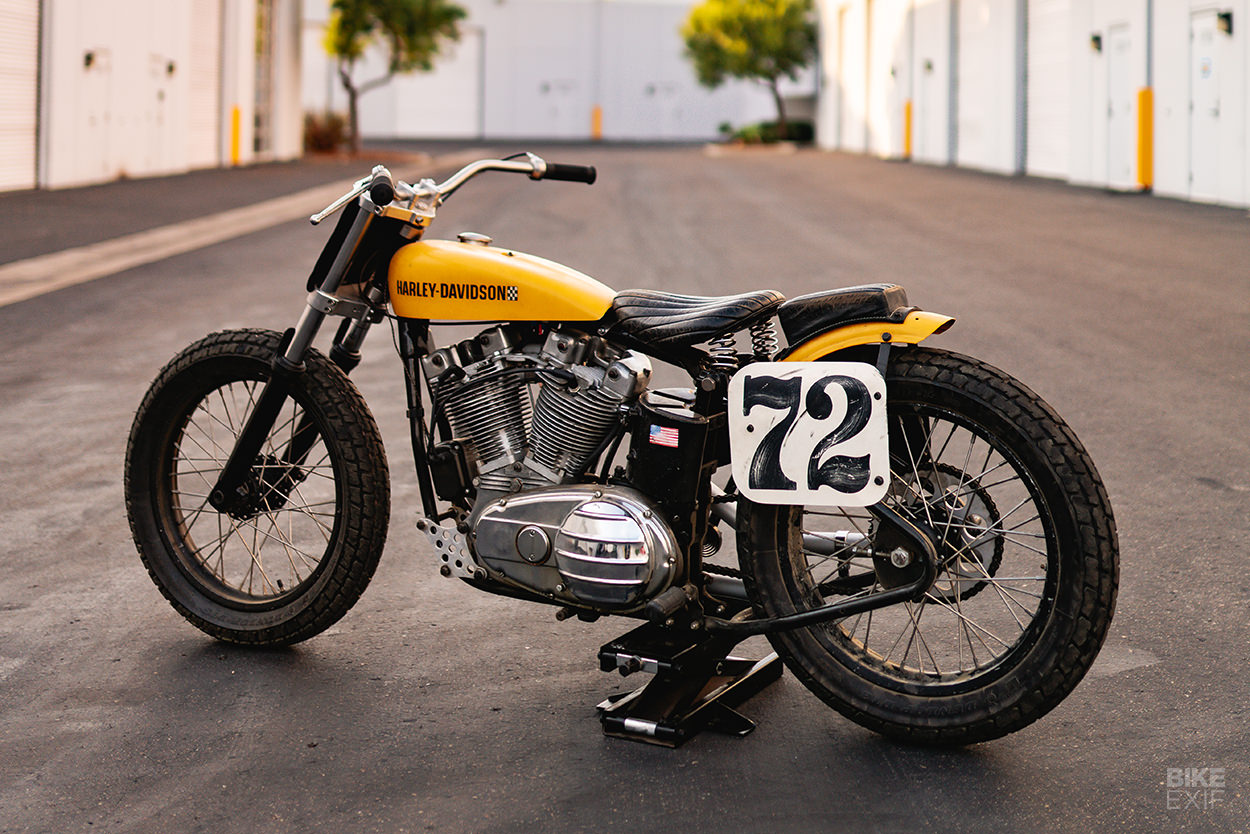 The frame is an early K model with a hardtail rear end, but the engine is a 1965 ironhead Sportster XLCH unit—“with hot cams and a few tricks similar to the later XR bikes,” Paul reveals.

Most flat track race series nowadays have a ‘Vintage Twins’ class, and that’s what Paul built this bike for. “I tried to keep it fairly true to a period-correct appearance. It’s brakeless, so it’s just how they ran them back in the day.” 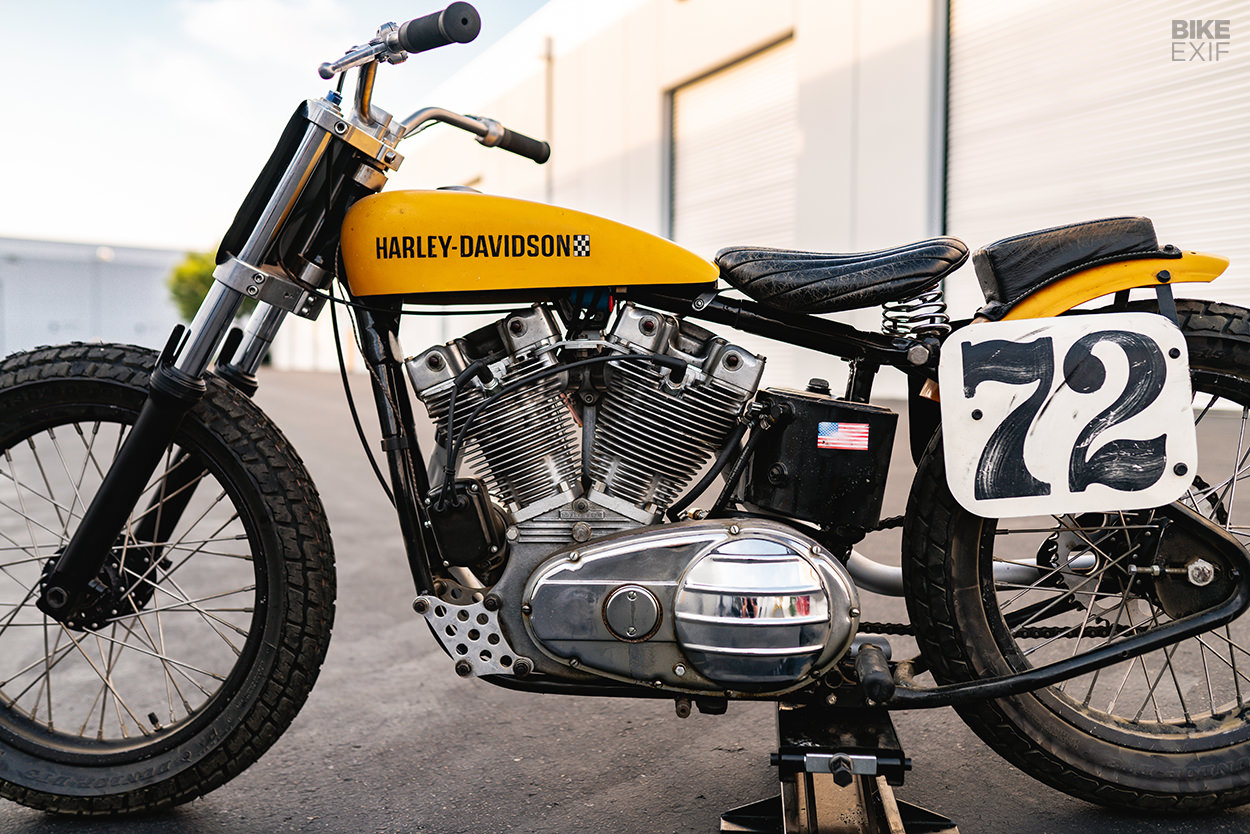 Paul got the engine from “an old racer in Idaho. He’d built it for racing and did all the hop-up work.” A stock XLCH motor from this era puts out around 60 hp, and testers managed to get the factory bike up to 116 mph.

It was claimed to be the fastest production motorcycle of its time, so Paul’s machine will be undoubtedly spritely. 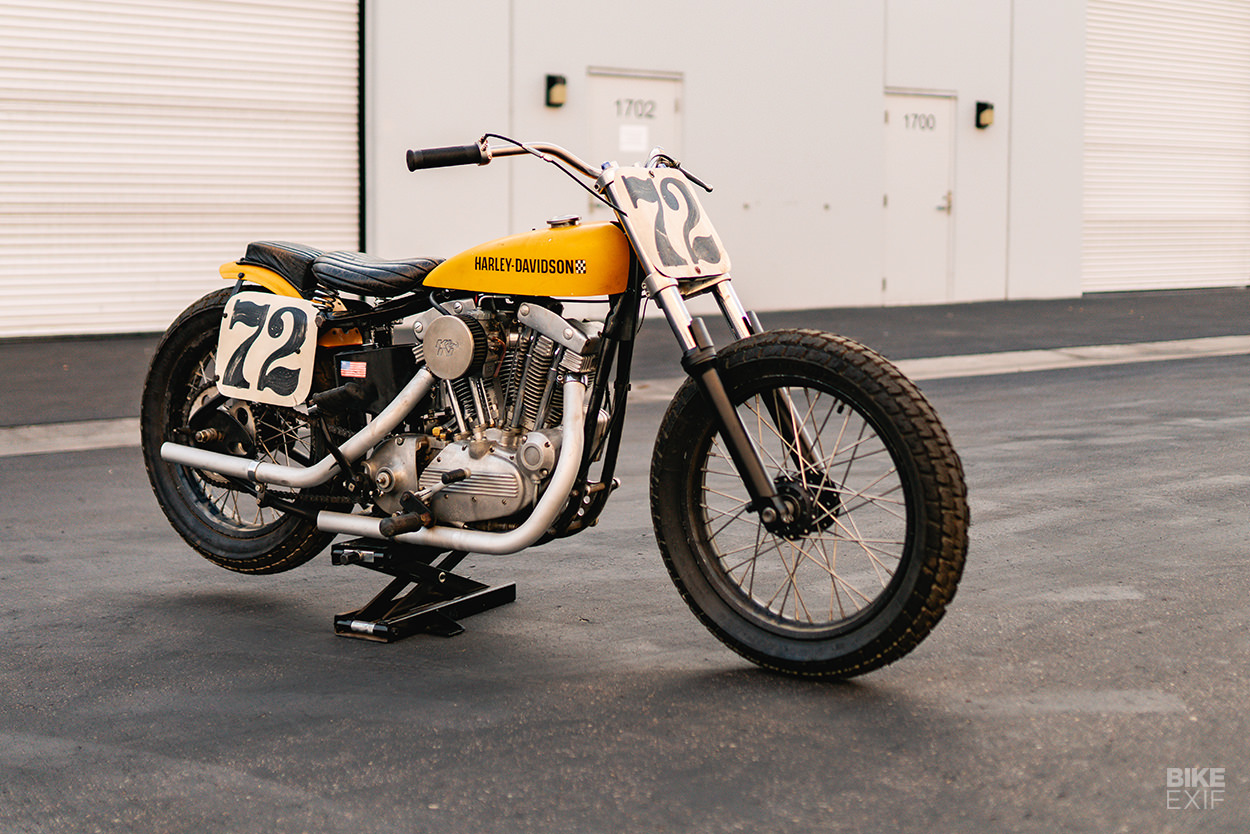 “The cams have a higher lift and longer duration than standard,” he says. “There are also heavy duty valve springs, and some port/flow work was done. I bought the engine this way, so I can’t confirm all work done—but it really seems to boogie!”

Fueling comes from a Mikuni VM38 round slide carburetor, matched to a K&N air filter. (“It’s as narrow as I could find. Air filters on these always stick out too far.”) 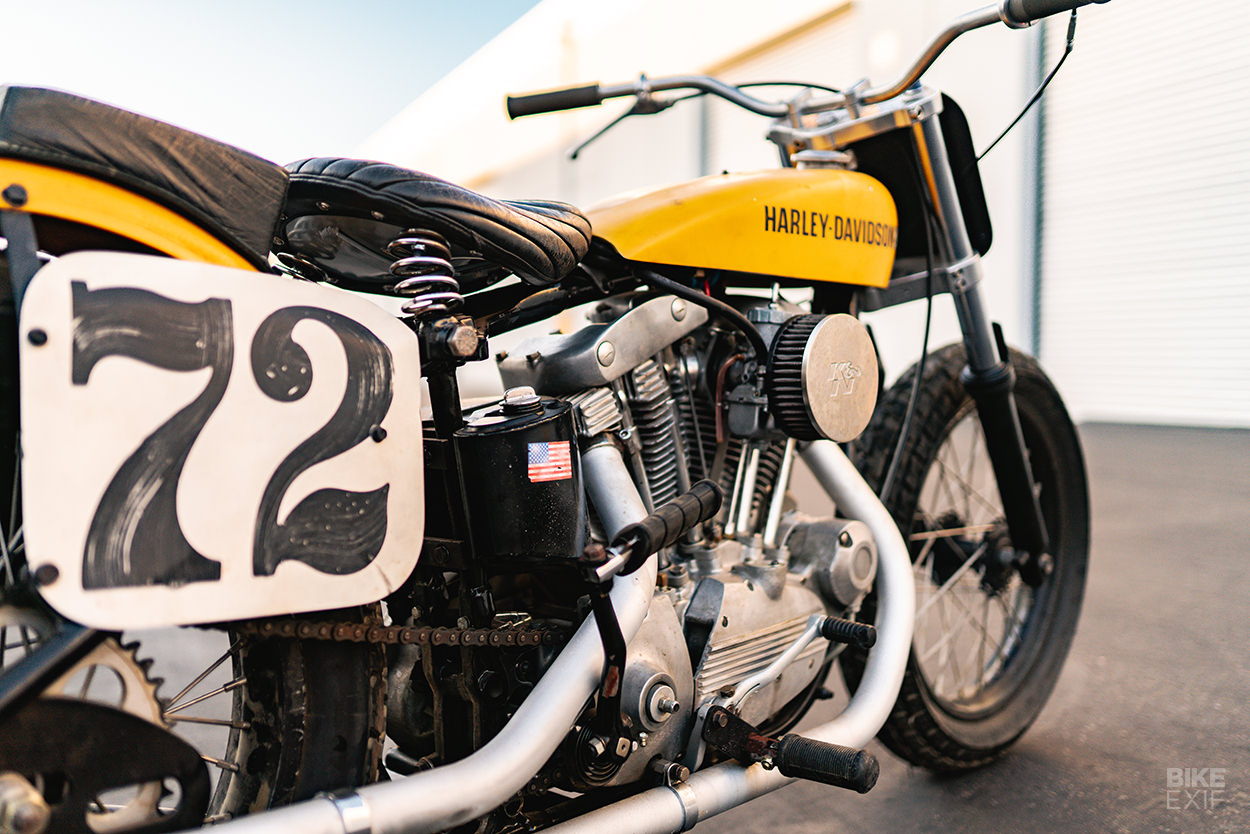 The exhaust system is closer in style to the frame than the engine though, being a custom-built replica of the original KR racing pipes. “They have a really nice look and flow.”

The frame came from a guy in Florida. “I found it online,” says Paul. “It’s an early K model frame, with a custom racing hardtail section.” Luckily, XLCH engines have the same bottom end as K models, so Paul was able to slot the motor and four-speed ‘box into the frame without having to get out the grinder or welder. 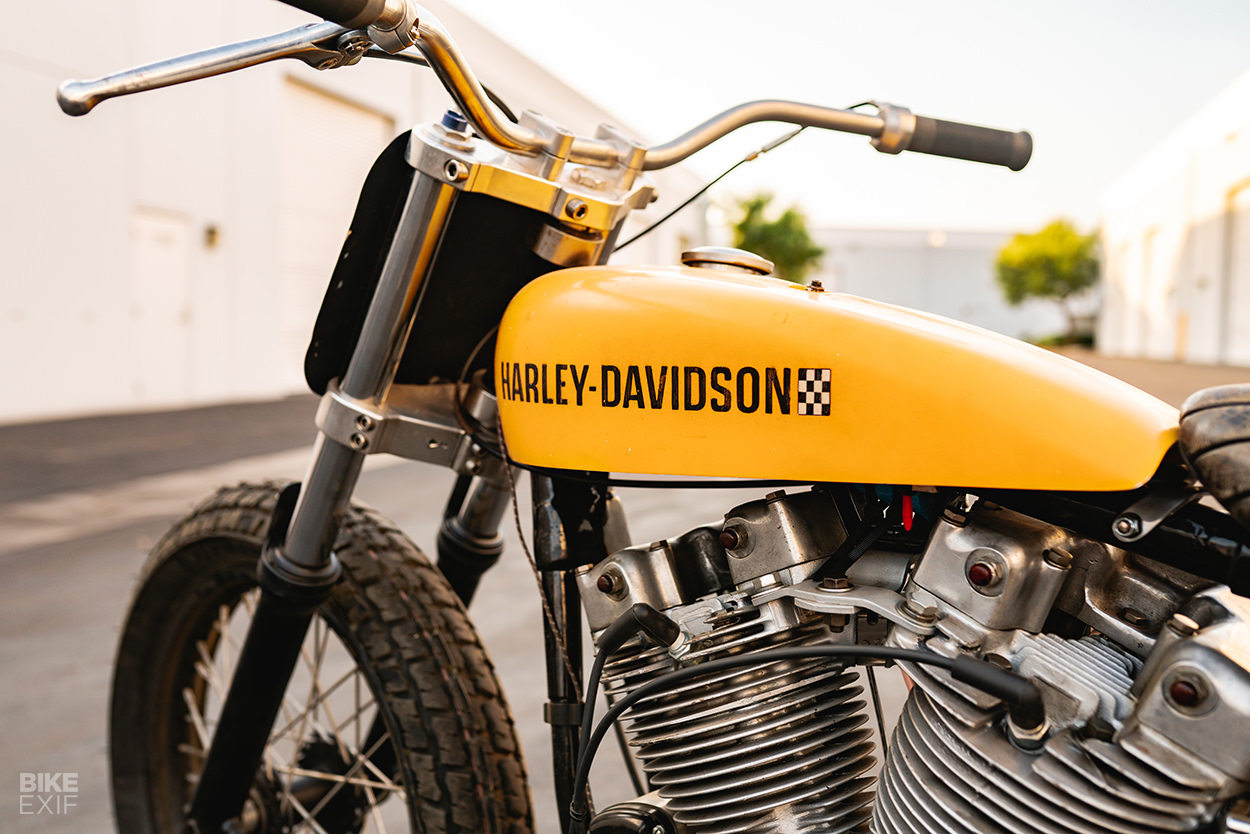 A low-profile Trackmaster fiberglass tank tops off the frame, and Paul applied the paint himself. “I wanted it to look vintage,” he says. “The logo is the same as they put on the old KR bikes, but I didn’t want it to look like a factory race bike. So I went all privateer and used a pale golden yellow color.” 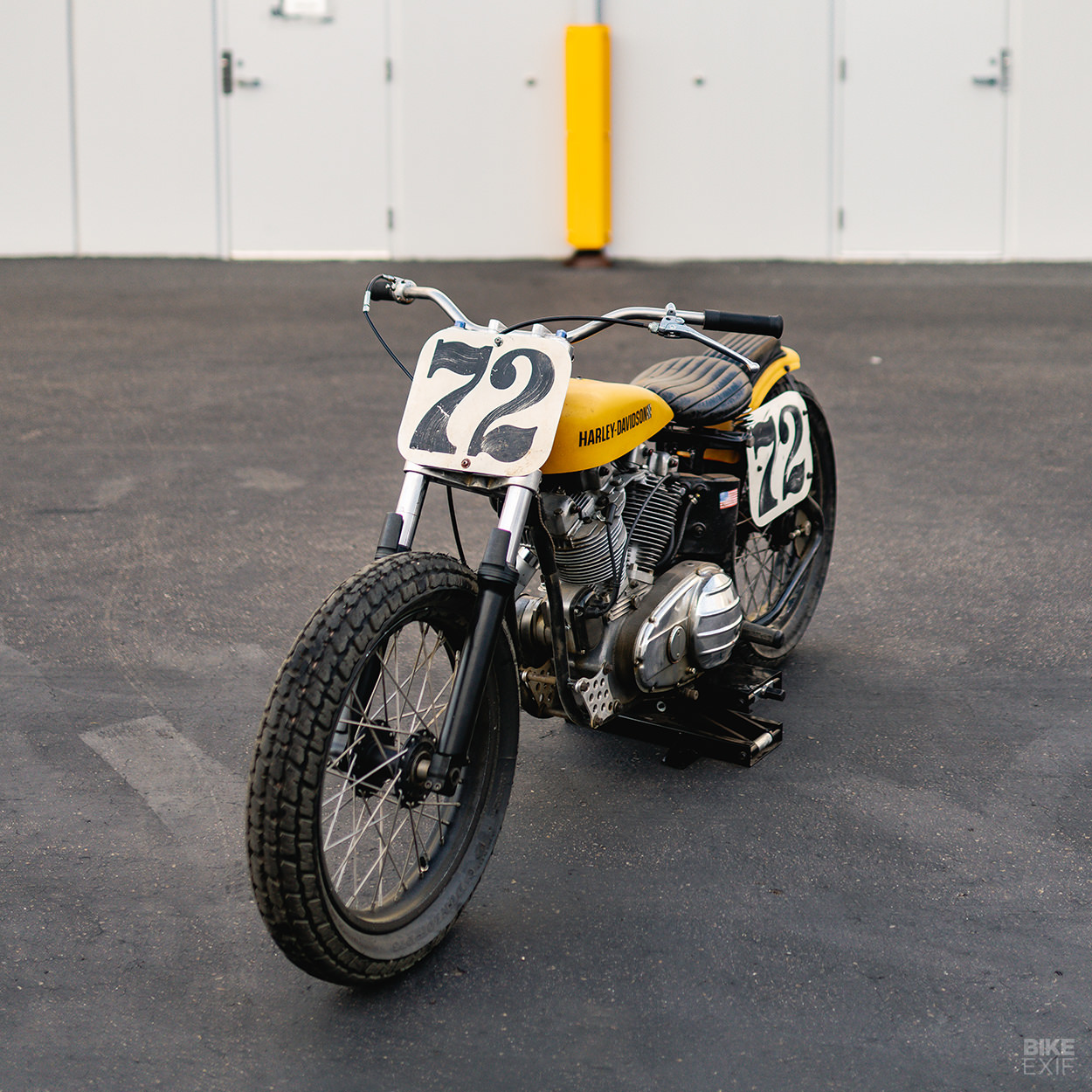 The most modern components on this bike are the Yamaha YZF-R6 forks, a perennial favorite of racers. “These are the go-to for most flat track builds,” says Paul. “They are way too modern for this bike but they work really well.”

The wheels are custom built jobs from AA Racing, which Paul lifted from one of his previous flat track bikes. He uses quick-change sprockets, but since this is a bona fide race bike, there are no brakes. “Strangest thing ever! But period correct.” 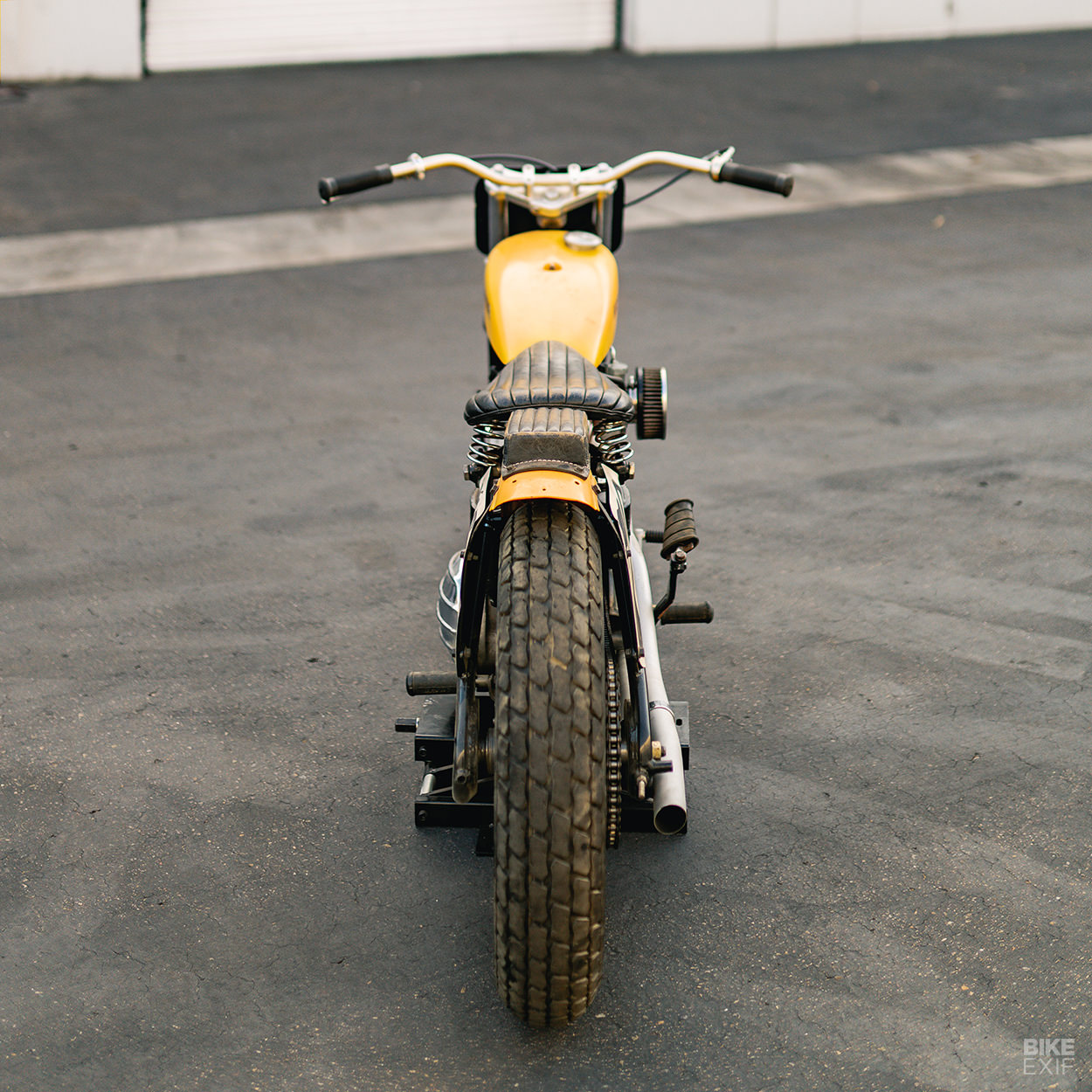 Aside from the lack of brakes, everything else is present and correct. The bars are an old Flanders set, from the company that has been bending tube for well over half a century. “The controls are also old stuff,” says Paul. “I found them at a swap meet, and I’m not sure what they are from—but I made them work.”

If you’re within spitting distance of San Bernardino, CA, keep an eye out for the next Hell On Wheels event at the Glen Helen Raceway. Paul will likely be there, and if you spot his Harley in the pits, do yourself a favor and take a closer look.

Paul Hartman Instagram | Images by Zachbox (above) and Robbie Masterson (below). 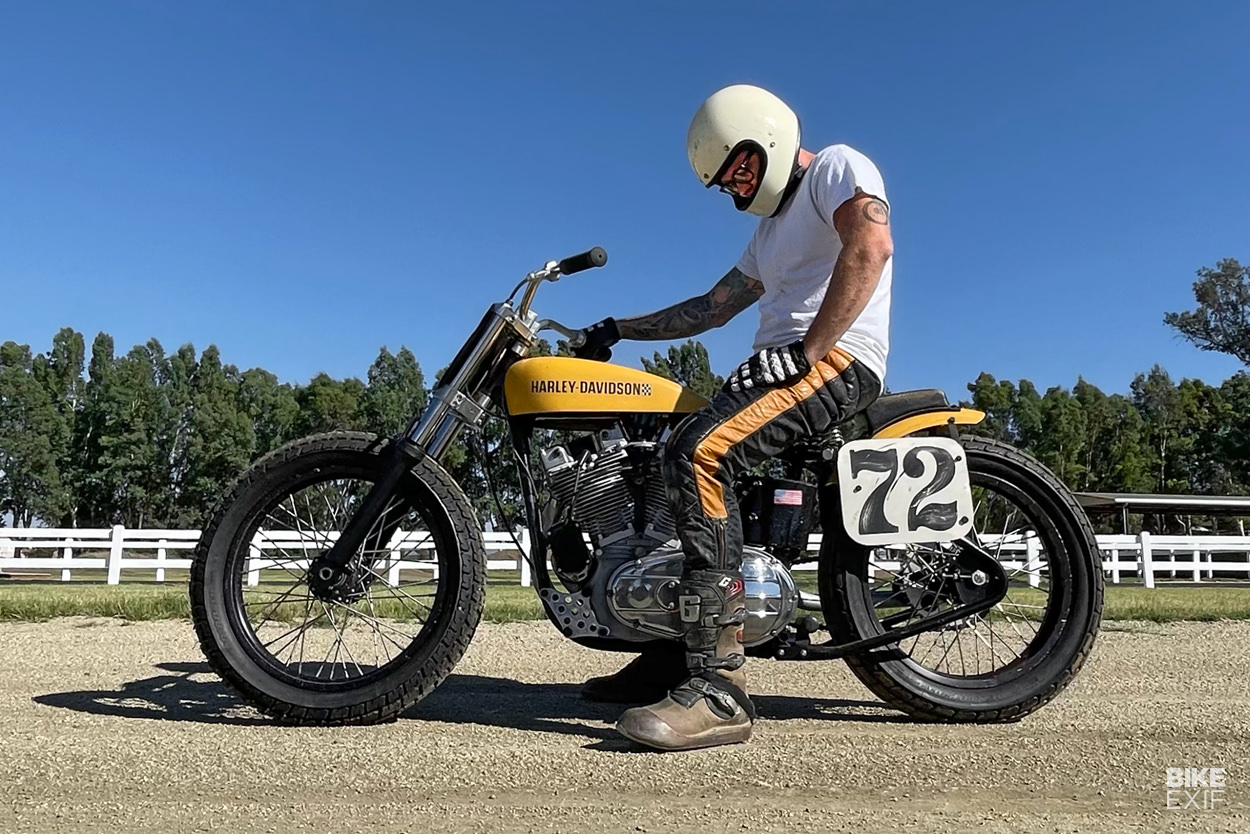