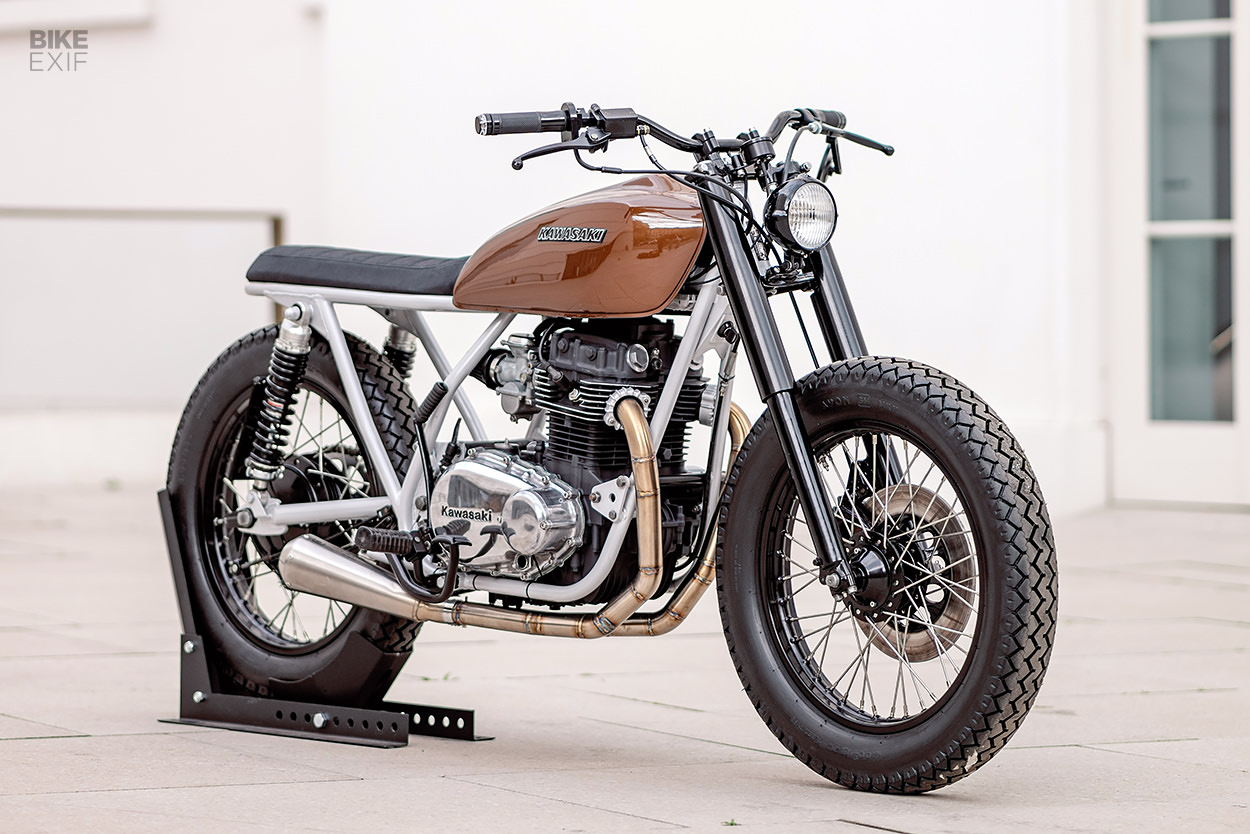 When the German father-and-son team of Michael and Allen Posenauer launched AMP Motorcycles, it was a way for the two to bond after hours. But although it started out as a hobby, word soon spread—and AMP took on a few commissioned builds.

Paying clients are great, but they also go hand in hand with pesky things like briefs, expectations and deadlines. After a while, the Posenauers were itching to just build something for themselves again, devoid of any external pressure. This crisp Kawasaki Z400 street tracker is the result. 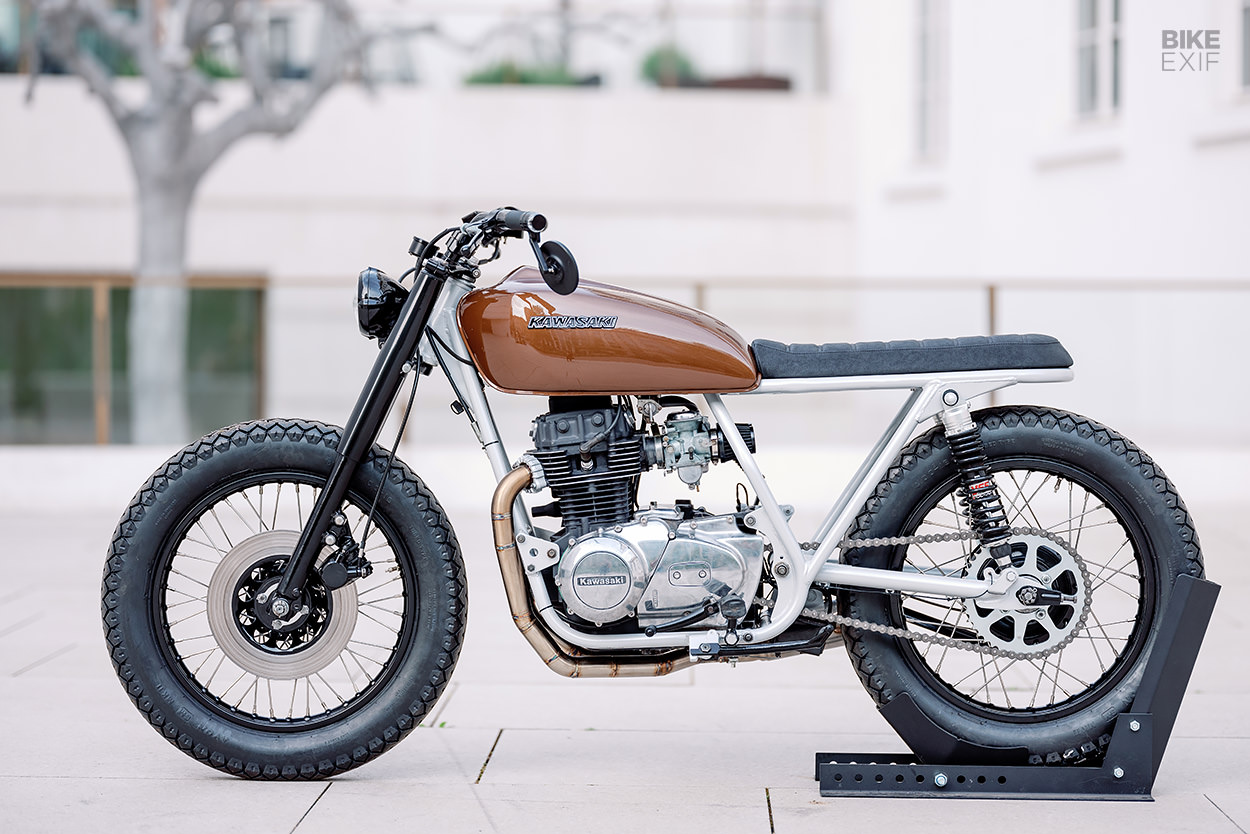 In-house projects are often an excuse to go wild, but that wasn’t the case here. The 1979-model Z400 belongs to Allen, who wanted something stripped-down and light for running around the city on. The simple aesthetic belies the amount of work that went into it though, because there isn’t an inch of this Kawasaki that’s gone untouched.

The job involved tearing off as many parts as the guys could get away with, while restoring the rest and sprinkling on a tasteful mix of mods and upgrades. “Our aim was to only have the essentials on the bike,” explains Allen. 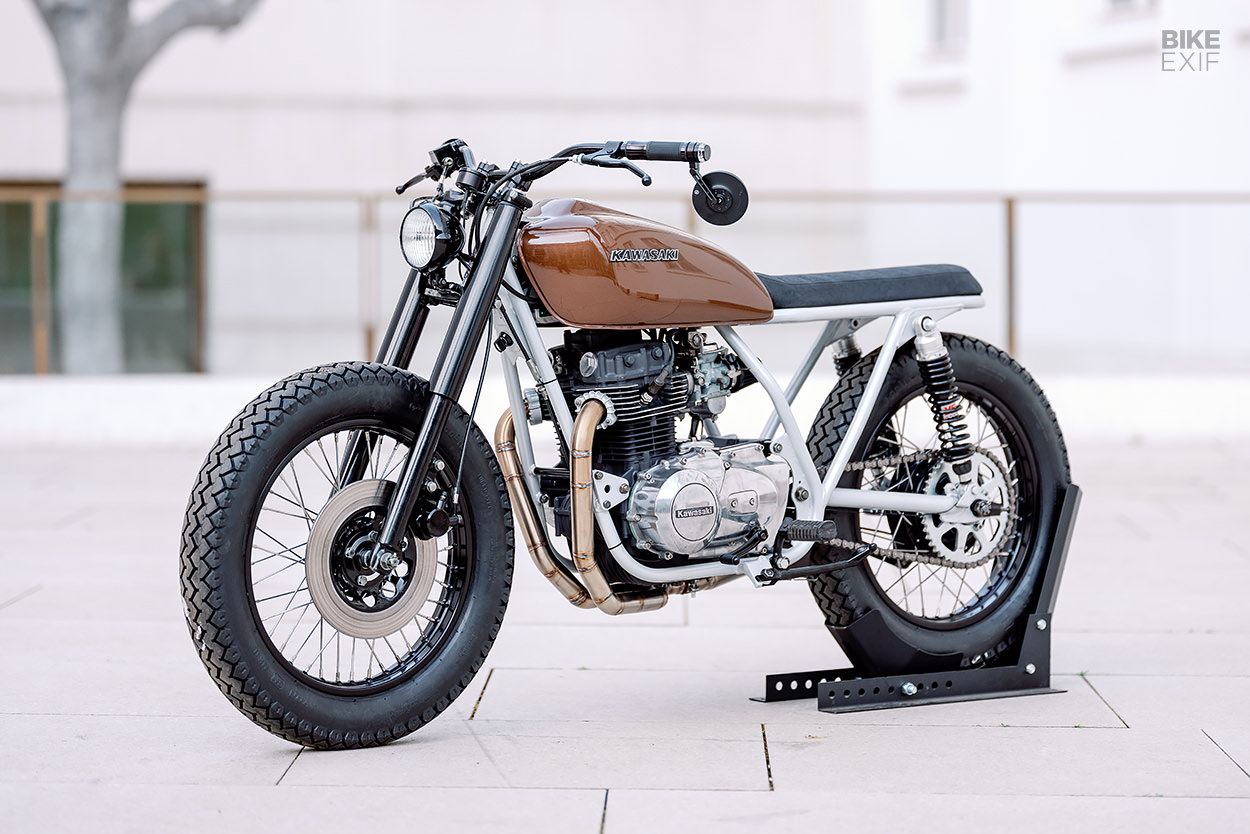 Reliability was a factor too, so the duo treated the engine to an extensive service, complete with new gaskets and seals. It looks good as new now, with a fresh coat of dark grey and polished covers. The carbs were ultrasonically cleaned, serviced, and hooked up to pod filters.

AMP also rewired the Z400, swapping the battery for the tiniest possible Lithium-ion unit. It’s stashed away just in front of the swingarm pivot, and it’s barely powerful enough to start the bike—so Allen kicks it to life instead. 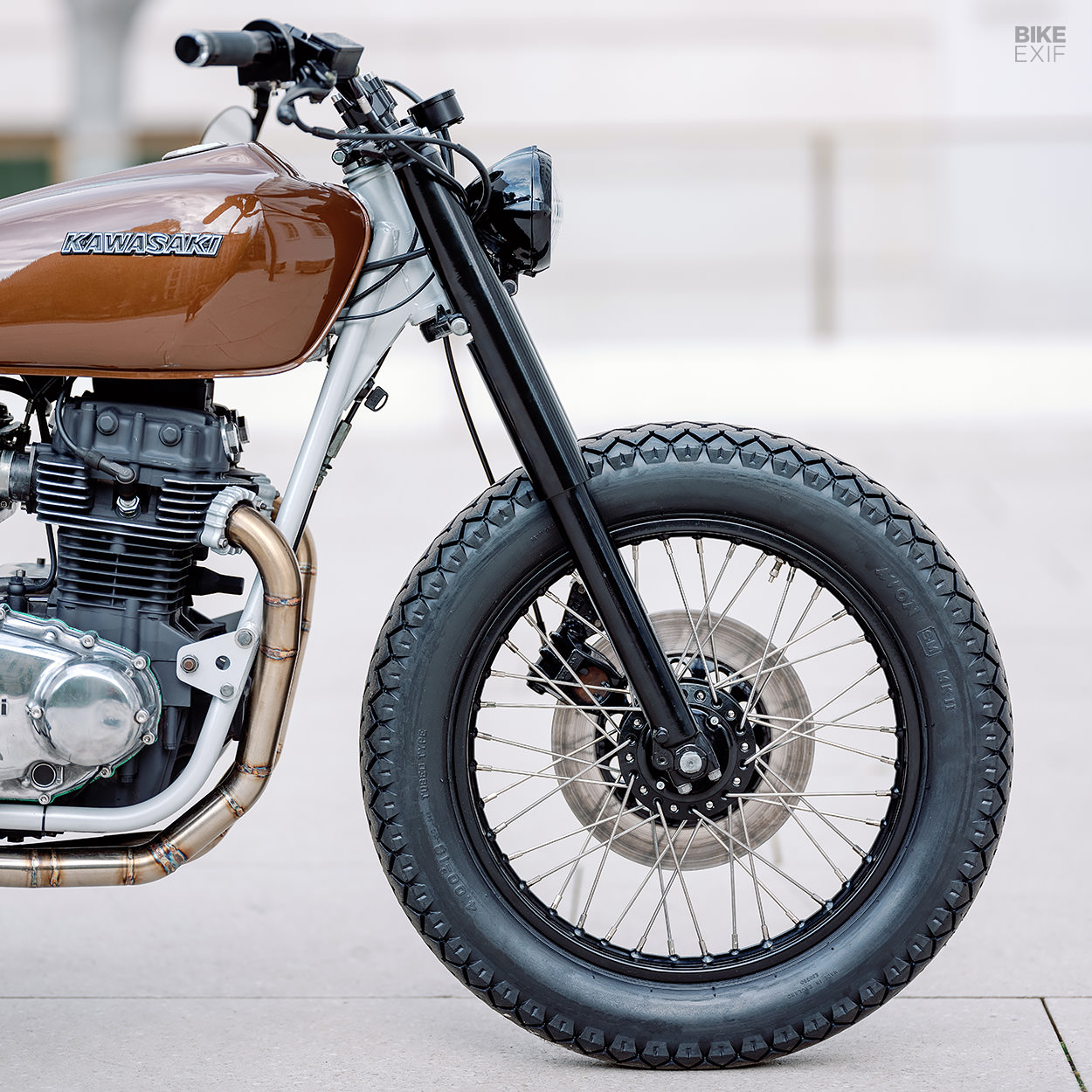 Moving to the chassis, Allen and Michael rebuilt and lowered the front forks, then fabricated a pair of aluminum fork covers to bulk up the front-end. New YSS shocks do duty out back.

Allen wanted to keep the stock spoked wheels, but they’ve been stripped, powder-coated black and rebuilt with stainless steel spokes. Avon’s Safety Mileage A MkII tires were picked for their chunkiness and classic treads. AMP also serviced and repainted the brakes, fitted new pads and shoes, and upgraded the front brake line. 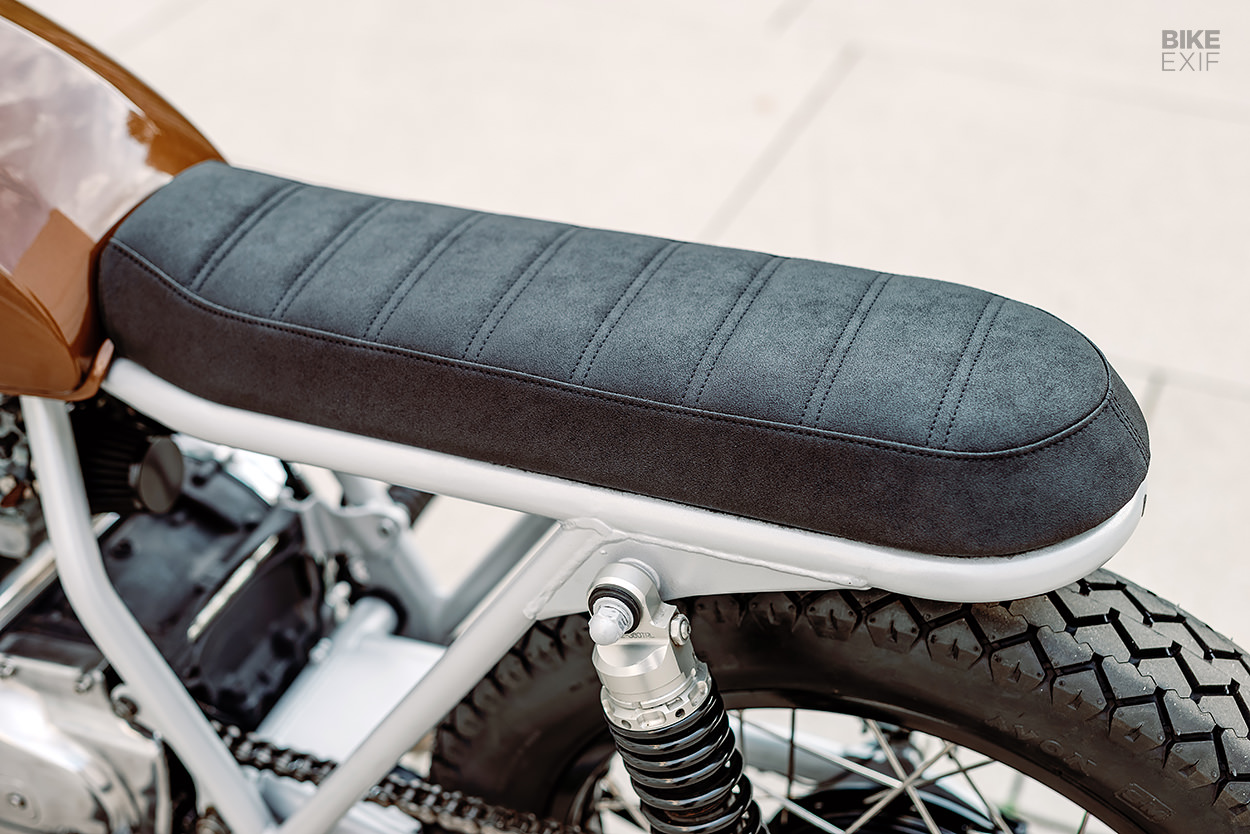 Next, the guys cut, looped and de-tabbed the frame. And since Allen rides solo, they shaved off the passenger mounts too. There’s a tiny Highsider LED taillight embedded in the rear loop, and a slim Alcantara seat up top.

And no, there aren’t any fenders—but since this is Allen’s bike, he was happy to sacrifice a little practicality for style. 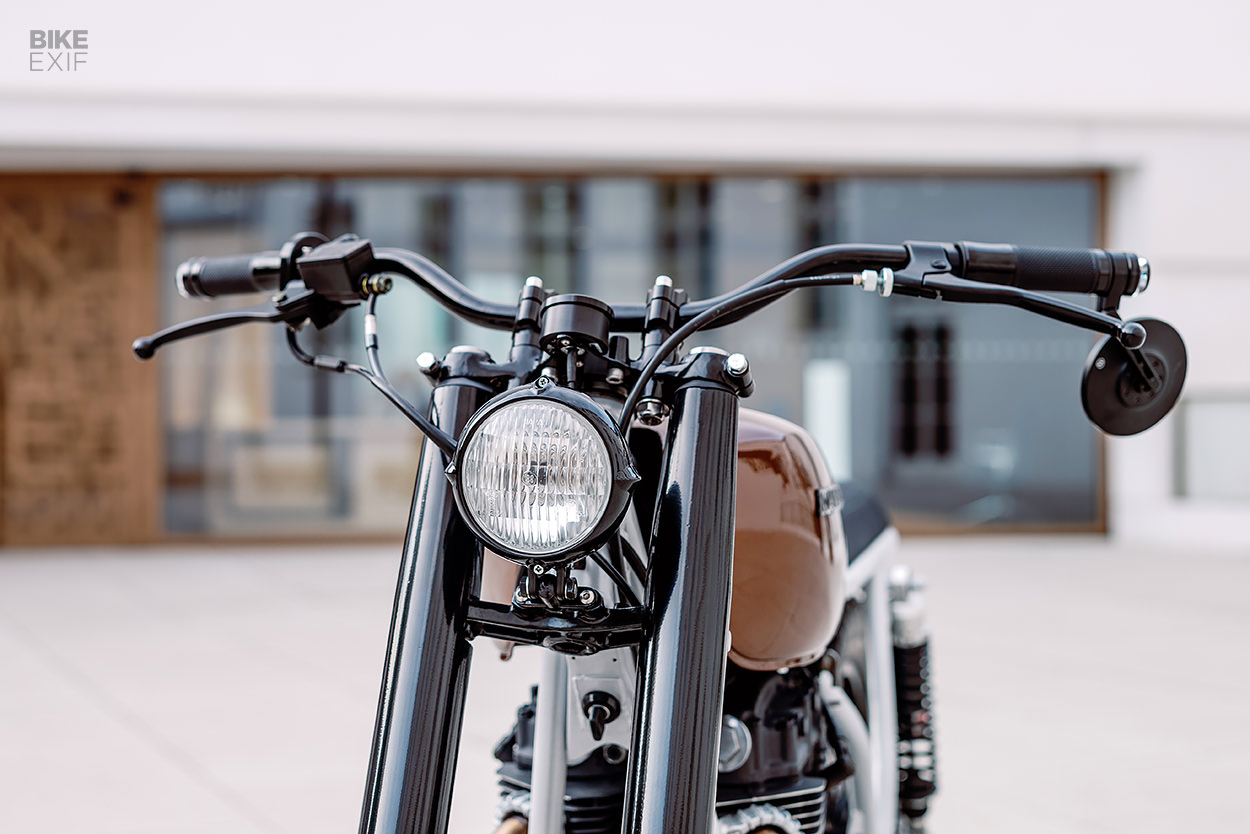 Step closer, and you’ll spot an extensive list of mods in the cockpit. AMP fitted wide LSL riser bars on new aluminum risers, and equipped them with a new throttle and levers. The speedo and bar-end turn signals are from Motogadget, the mirror comes from Highsider, and the micro-switches are Racetronics parts.

If you’re looking for the ignition, you’ll find it behind the forks, embedded in one of the frame gussets. A petite off-the-shelf headlight finishes off the front end, with a custom-made license plate bracket mounted off the swingarm at the back. 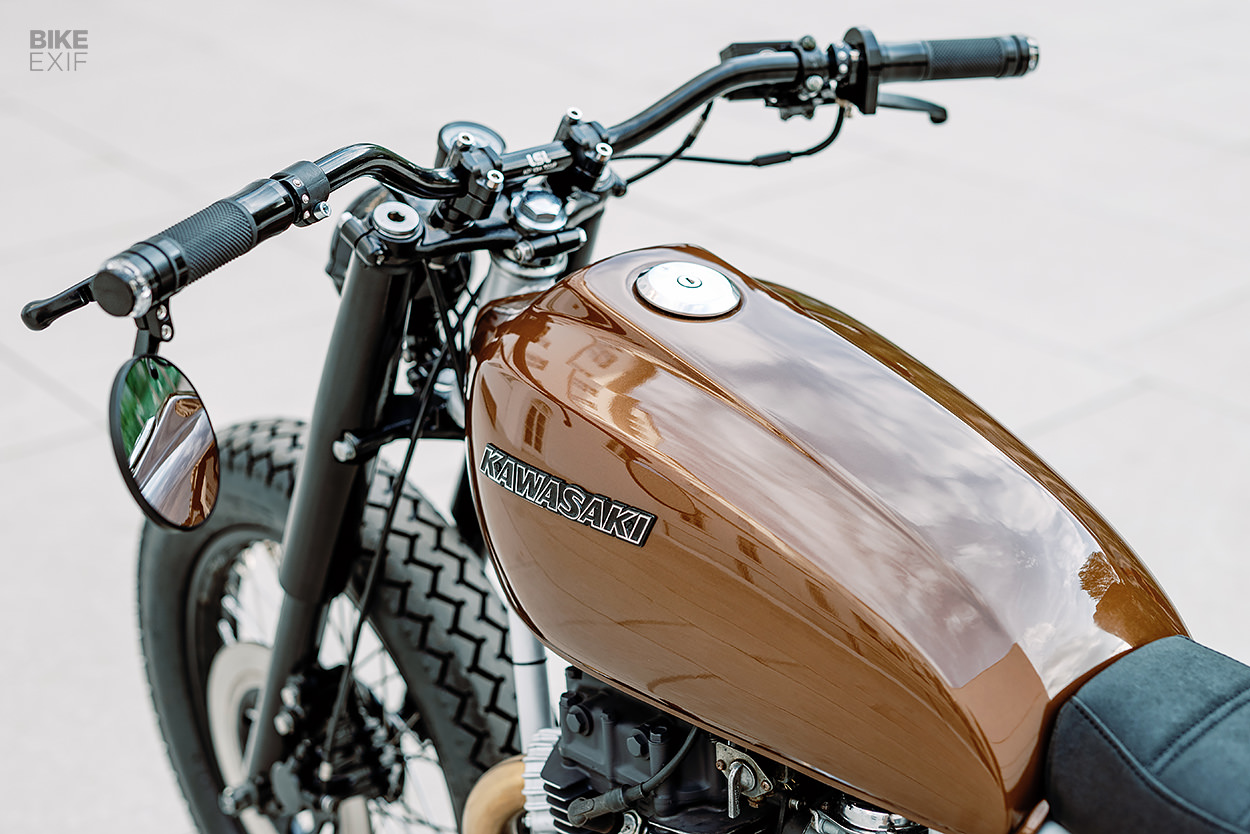 The Kawasaki Z400 still wears its original tank—partly because it was in great nick, and partly because the family was enamored with its unique color. “The bike is nicknamed ‘Nutella Racer,’” says Allen. “My mother named it when we bought the stock donor bike with this tank color.”

Even the lining was still intact, so AMP simply cleaned up the outside, and worked some magic on the OEM tank badges. First they painted them entirely black, then they polished the letter outlines to create contrast. 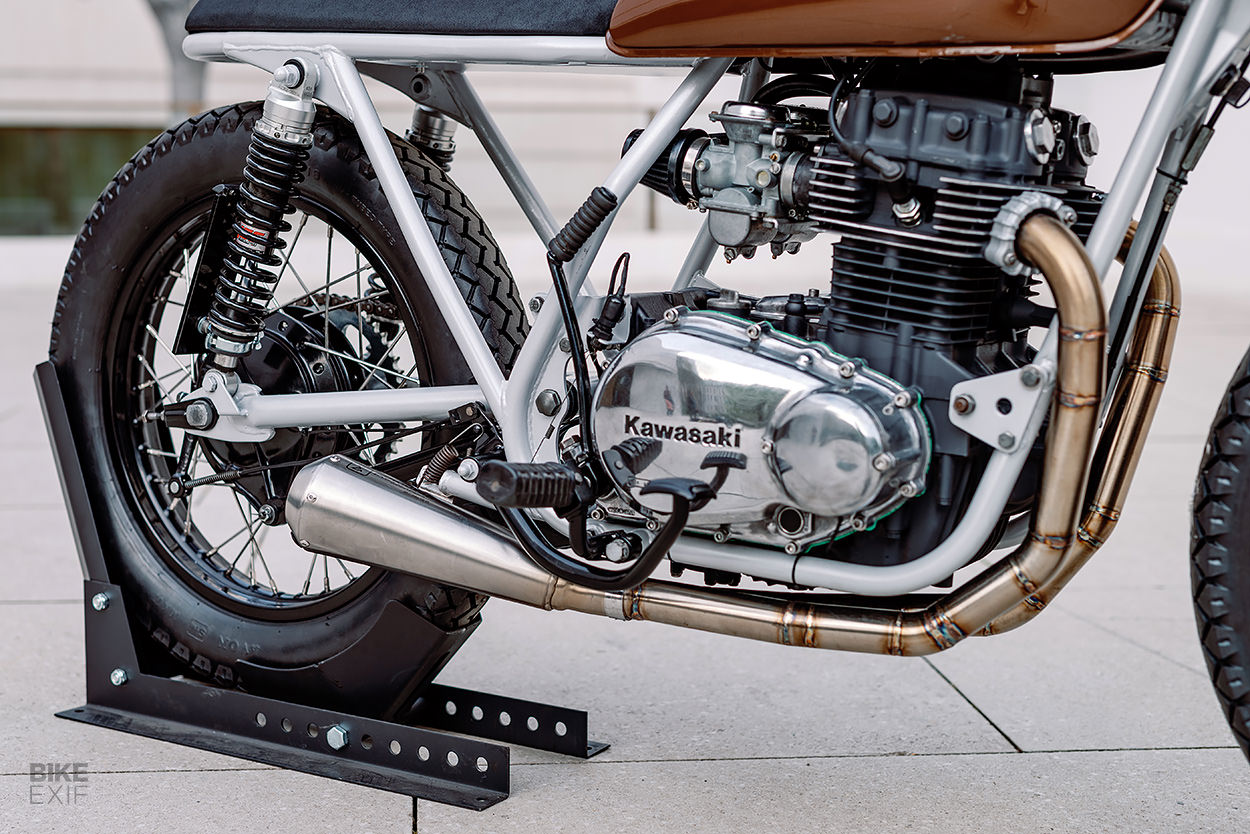 Other finishing touches include a hand-made two-into-one exhaust system with an Ixil muffler, and a stunning white glitter effect on the frame. It’s an inspired choice that complements the factory Kawasaki paint job beautifully.

Sure, this barebones Z400 might not tick every rider’s boxes, but there’s no denying how tidy it is. Besides, this is Allen’s bike—and he’s stoked on it. 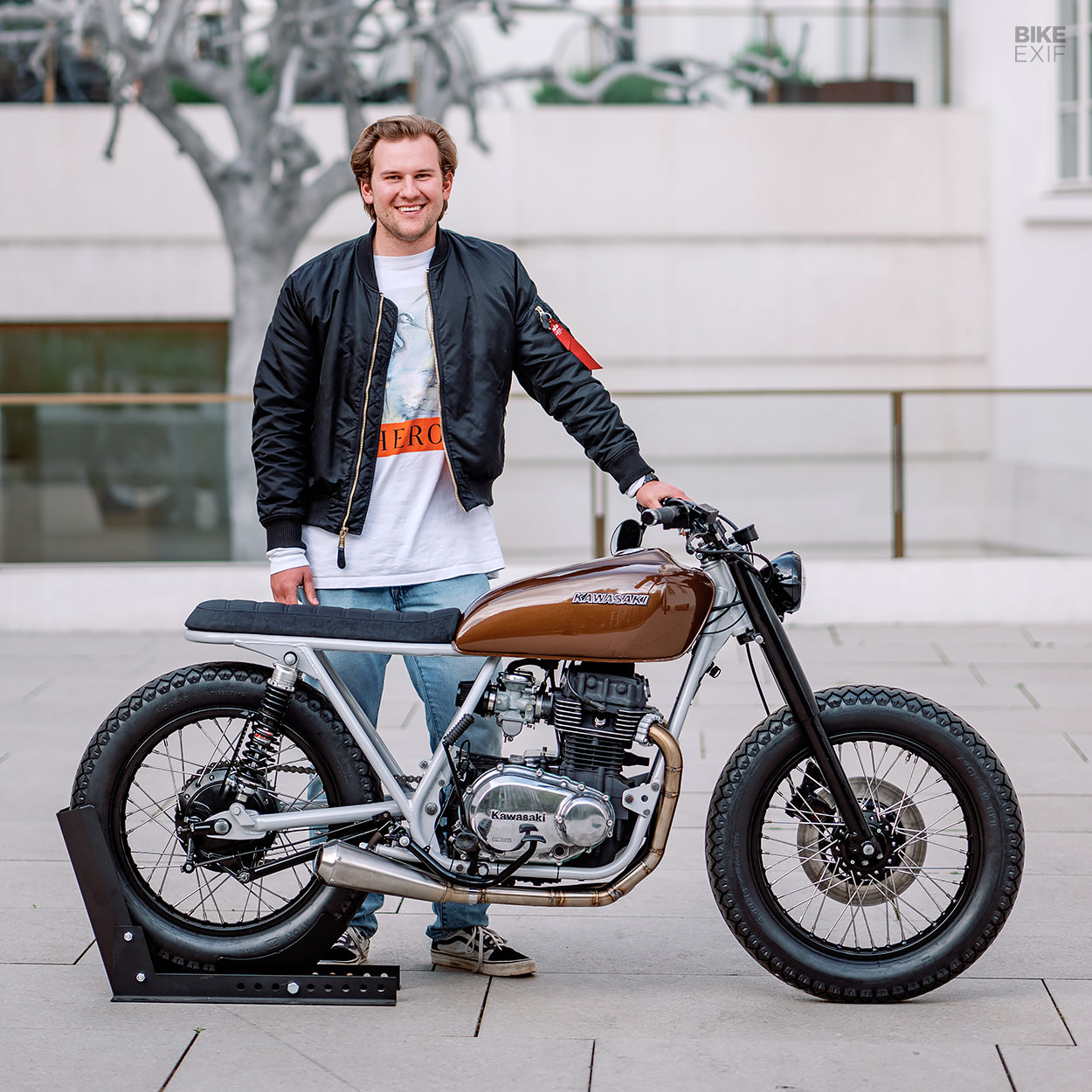 “It’s exactly what I wanted,” he says. “A perfect café racer for the city. Super light, super agile, and super good-looking.” 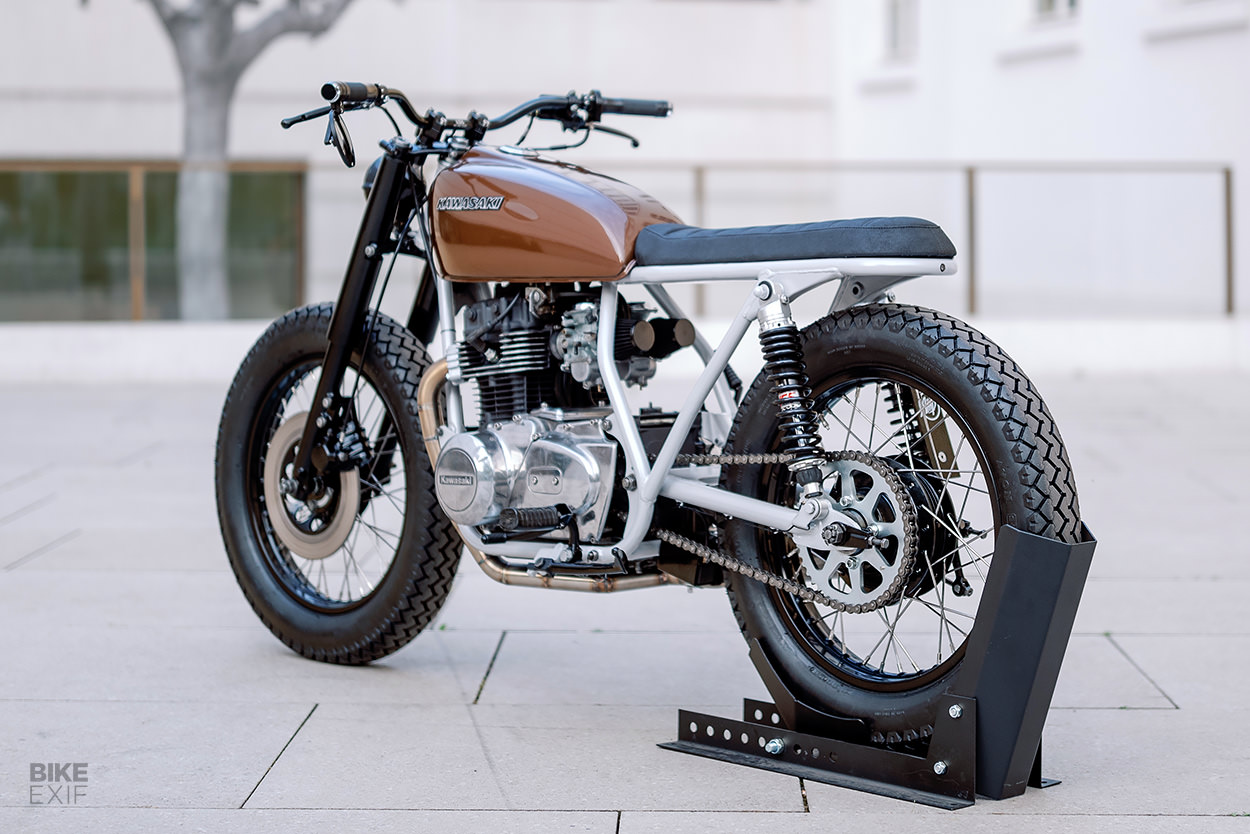