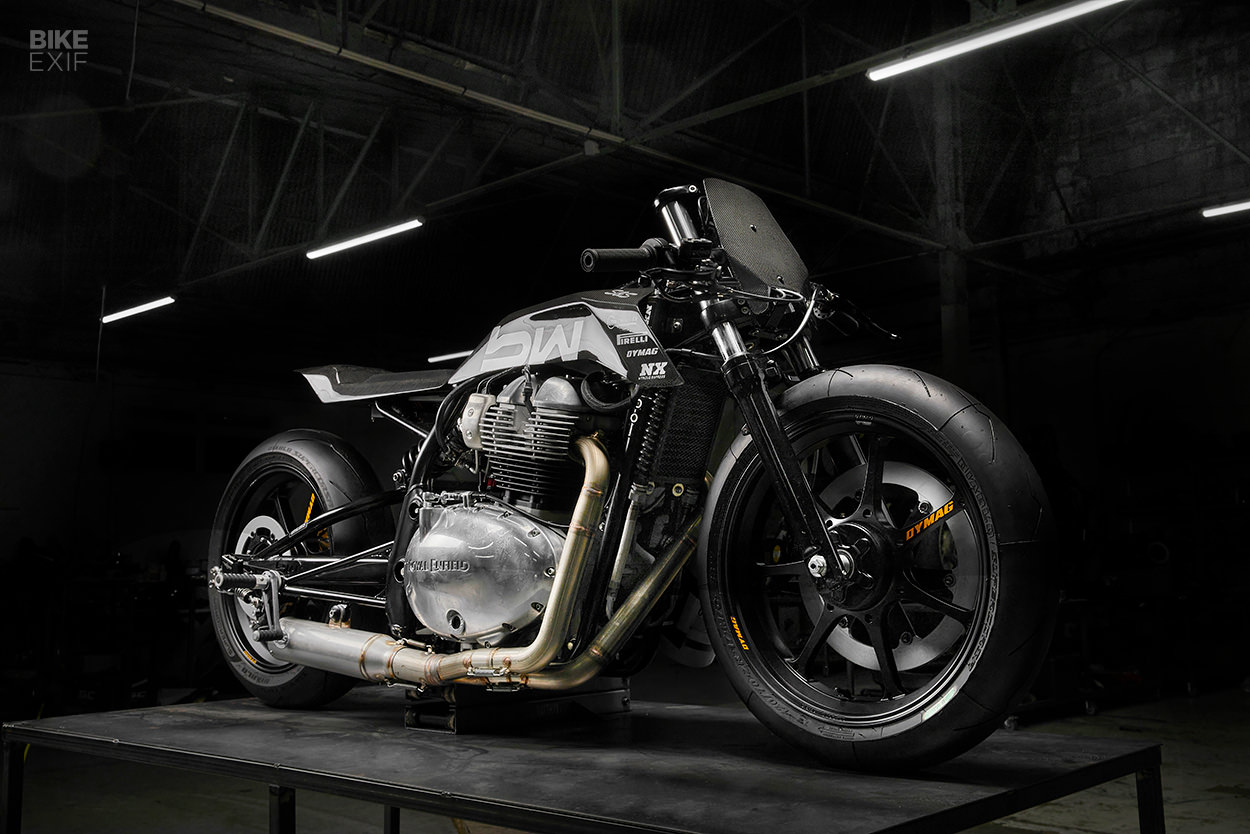 There’s hardly a business that hasn’t been affected by the COVID-19 pandemic in some way. The Parisian custom shop Bad Winners knows all about it—they’ve had to navigate health regulations, lockdowns and supply chain issues. And they very nearly didn’t get to finish this brutal Royal Enfield Continental GT 650 drag bike.

The build was originally commissioned by Royal Enfield Europe near the end of 2019, and was meant to compete in the popular Sultans of Sprint race series. But when all events were suddenly canceled, Bad Winners founder Walid Ben Lamine got the call to put the project on ice. 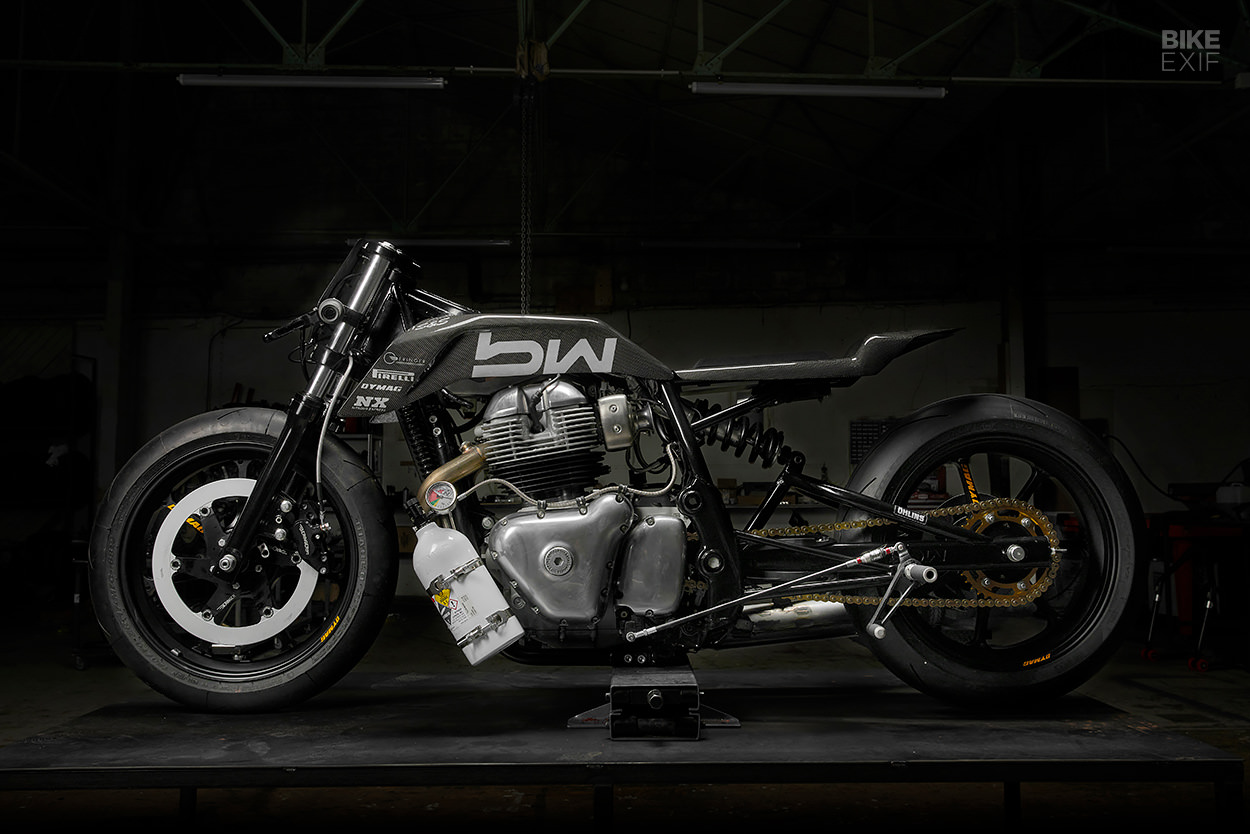 Uncertainty loomed for more than a year, until news surfaced of a ‘ghost edition’ of the annual Wheels and Waves festival in Basque Country. With the full event unable to go ahead, a handful of insiders were getting together to keep its spirit alive, and Bad Winners was invited.

Walid welcomed the news, but he was also anxious; Wheels and Waves was just months away, and there was much work to be done. With all hands on deck, the crew finally buttoned the GT 650 up just eight hours before it had to do duty on the infamous Punk’s Peak road, almost 500 miles away. 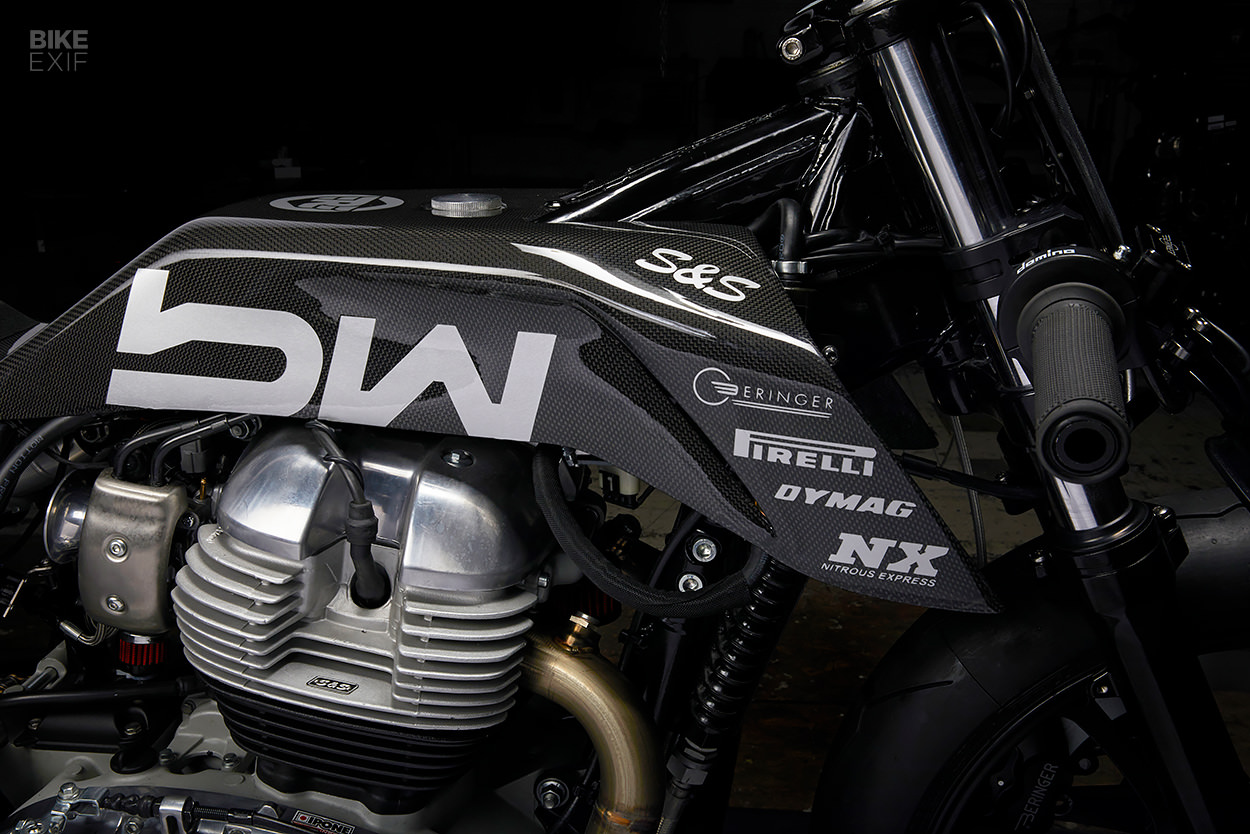 It’s clear that they didn’t cut any corners though. Dubbed ‘Pegasus l’Étalon Noir,’ which roughly translates to ‘Pegasus the Black Stallion,’ this Continental GT is all business. Low, long and lithe, it’s a beguiling mix of carbon fiber and performance upgrades.

It’s no show pony though. Lurking under the hood is an 865 cc big bore kit from S&S Cycle in the US, complete with an upgraded camshaft, Carillo connecting rods and a reinforced clutch. S&S reworked the cylinder heads too, and supplied Bad Winners with a two-into-one exhaust and a programmable ECU. 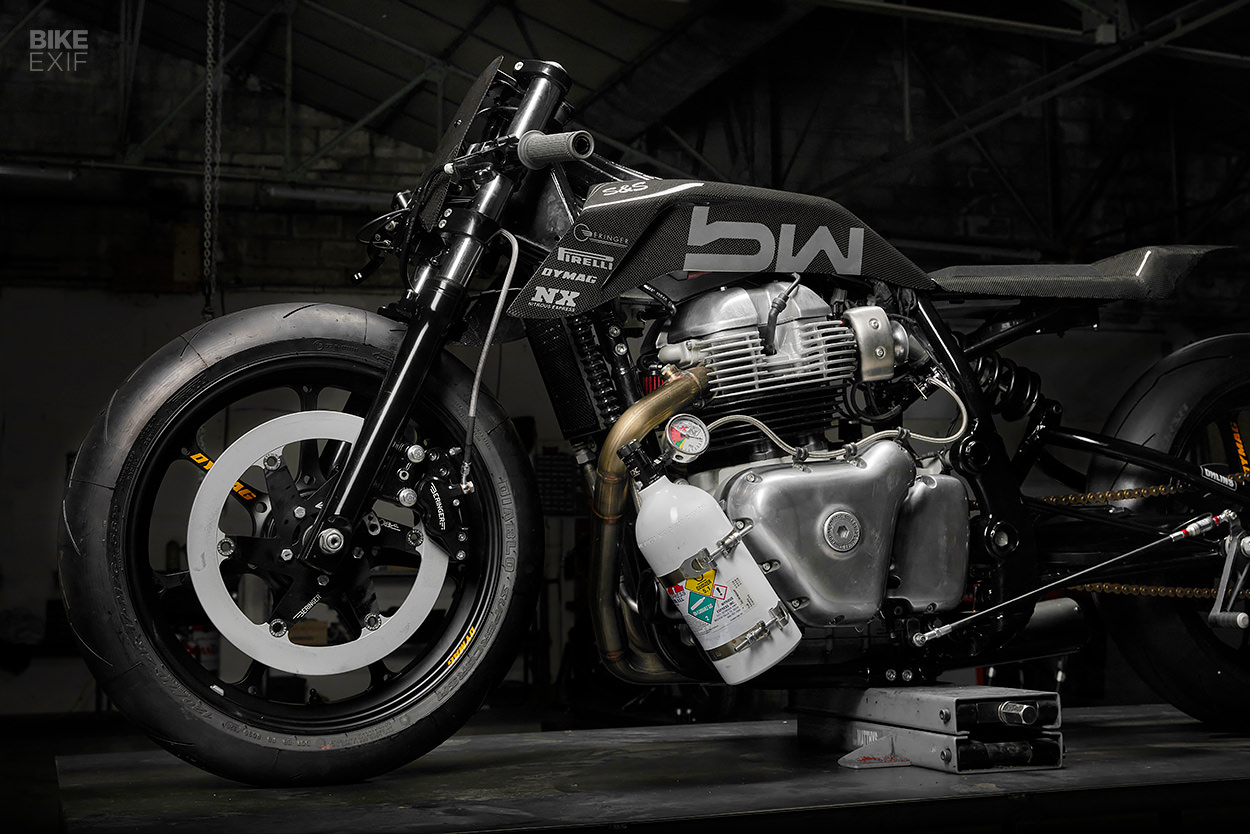 Bad Winners swapped the air box for a pair of velocity stacks, and rewired the GT 650 from scratch. And they plumbed in a nitrous system from Nitrous Express too.

Since this bike’s primary objective is going fast in a straight line, Walid and co. decided to extend its wheelbase. They started with the stock swingarm, stretching and bracing it with new chromoly steel sections. 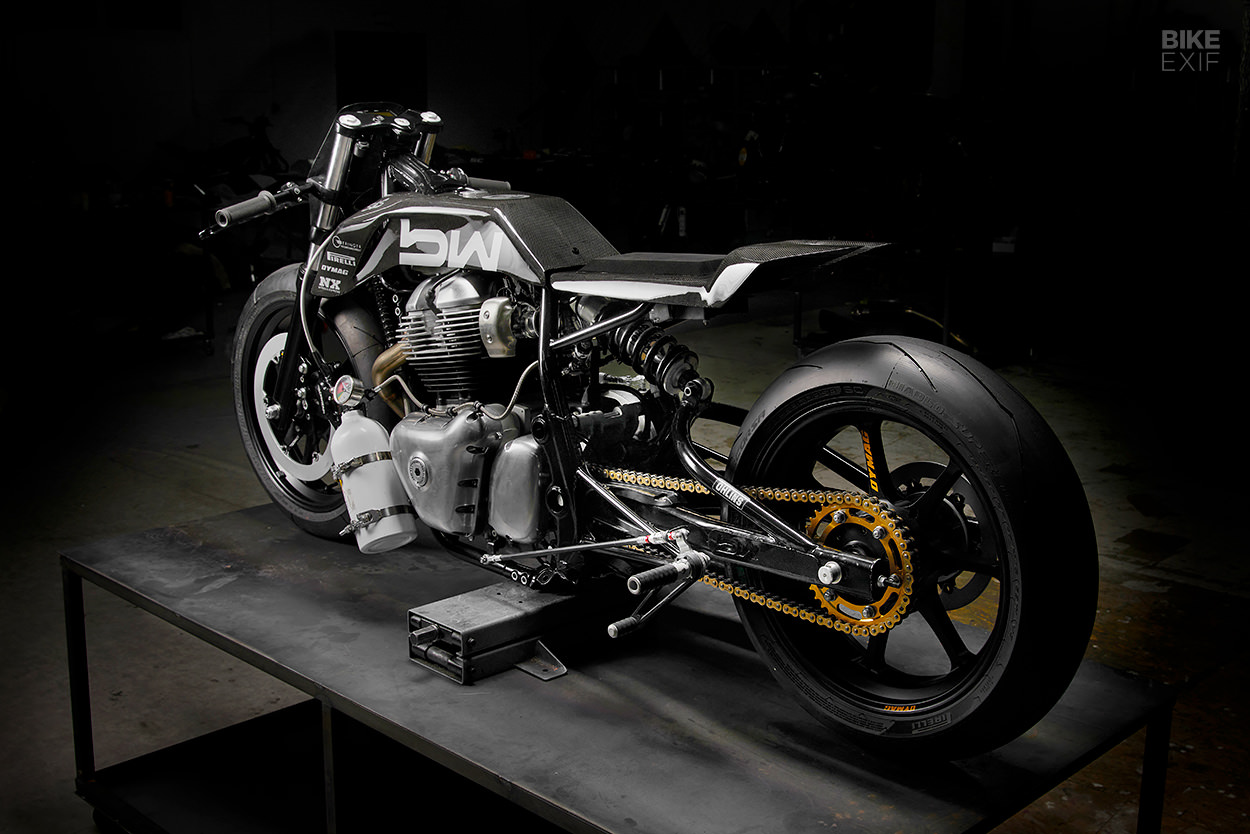 The OEM twin-shock arrangement is gone too, replaced by a single Öhlins unit. Bad Winners fabricated a new upper shock mount and subframe, along with extended foot peg mounts to set them as far back as possible. They’re fitted with custom pegs, controls and linkages. 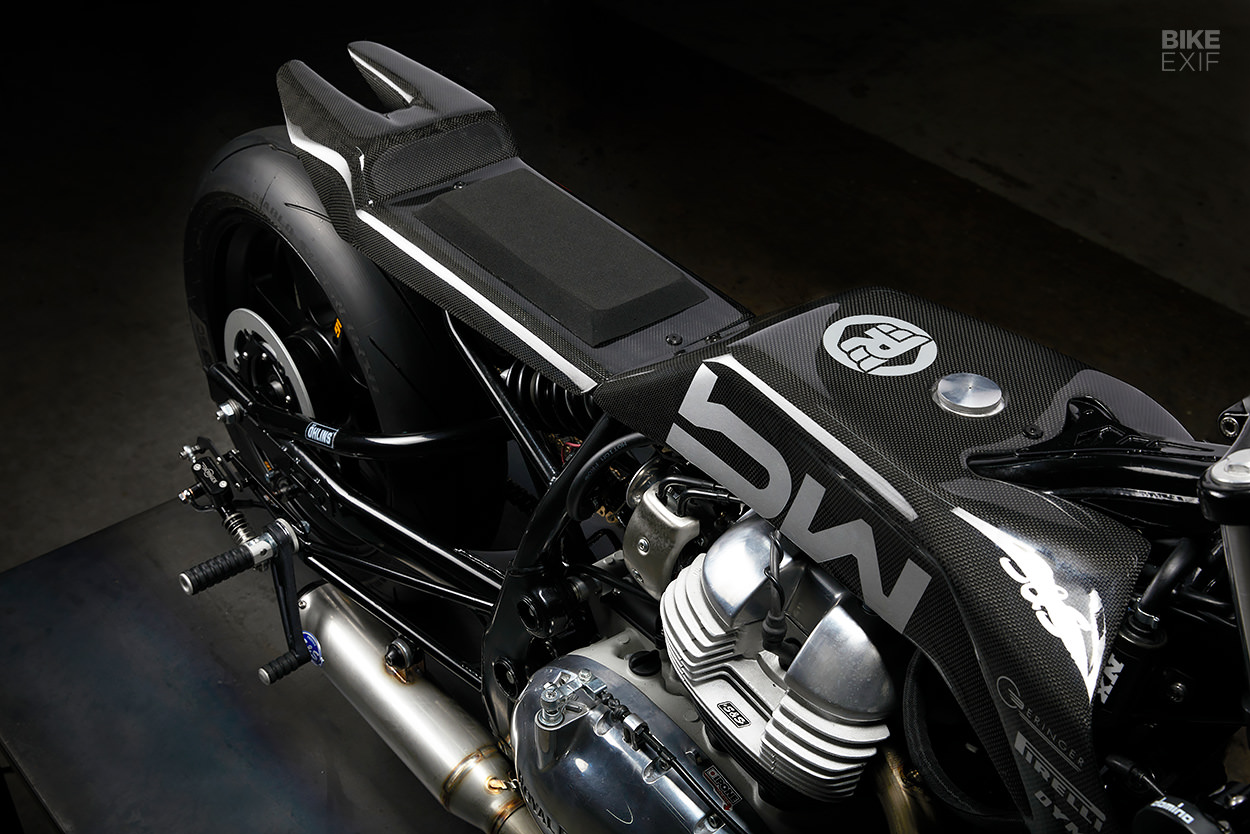 Up top is a full complement of custom carbon fiber body panels. Bad Winners first designed the whole body with CAD software, then 3D-printed prototype parts. Those prototypes were used to make the final carbon fiber parts, which include the front number board, tank cover and tail piece.

Fuel is stored in a custom-made aluminum reservoir mounted under the ‘tank.’ Accessible via a hole in the carbon cover, it holds less than half a gallon—enough for 1/8th mile race runs. 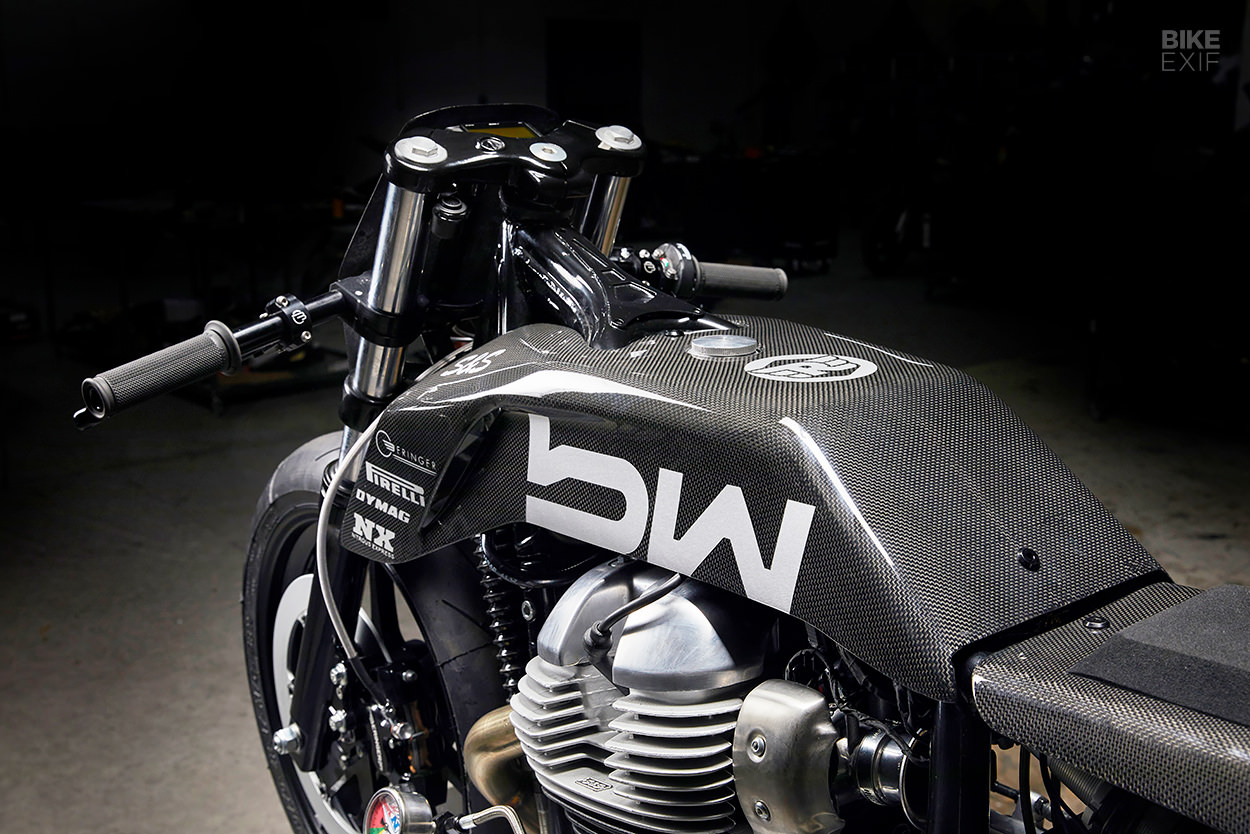 Bad Winners stripped the cockpit down to the bare essentials. Up front is a Koso speedo, flanked by Renthal clip-ons and grips, and Beringer levers. This bike doesn’t need to be street legal, so it’s not kitted with any lights or turn signals. 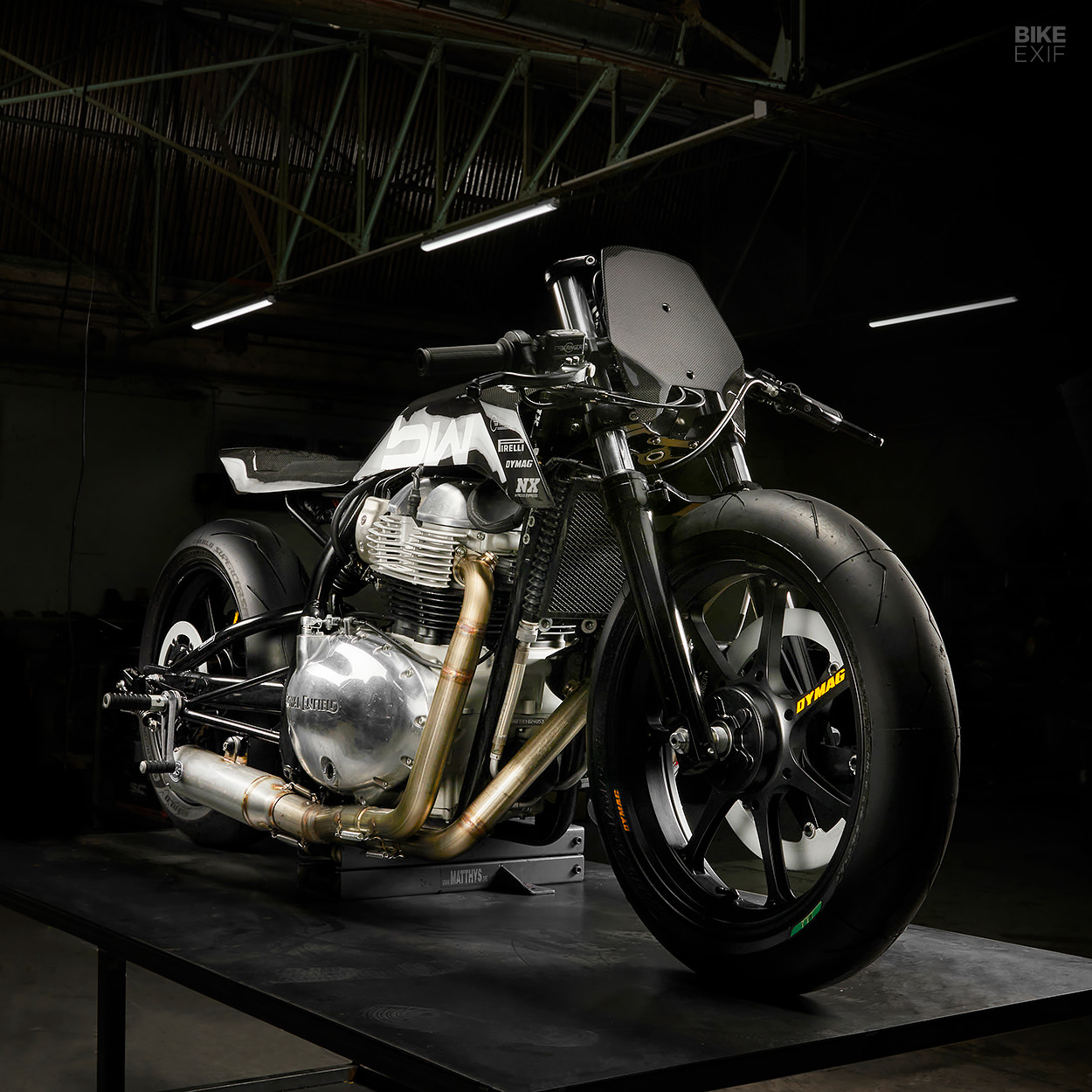 Pegasus l’Étalon Noir lives up to its name; a mythical creature designed to carry thunderbolts for the gods. We’re sure Walid is counting the days until Sultans of Sprint is back on the calendar, and he can start burning through those Pirellis.

In the meantime, if you’d like to see this menacing GT 650 in the flesh, it’s just been unveiled at the Bike Shed Show in London. 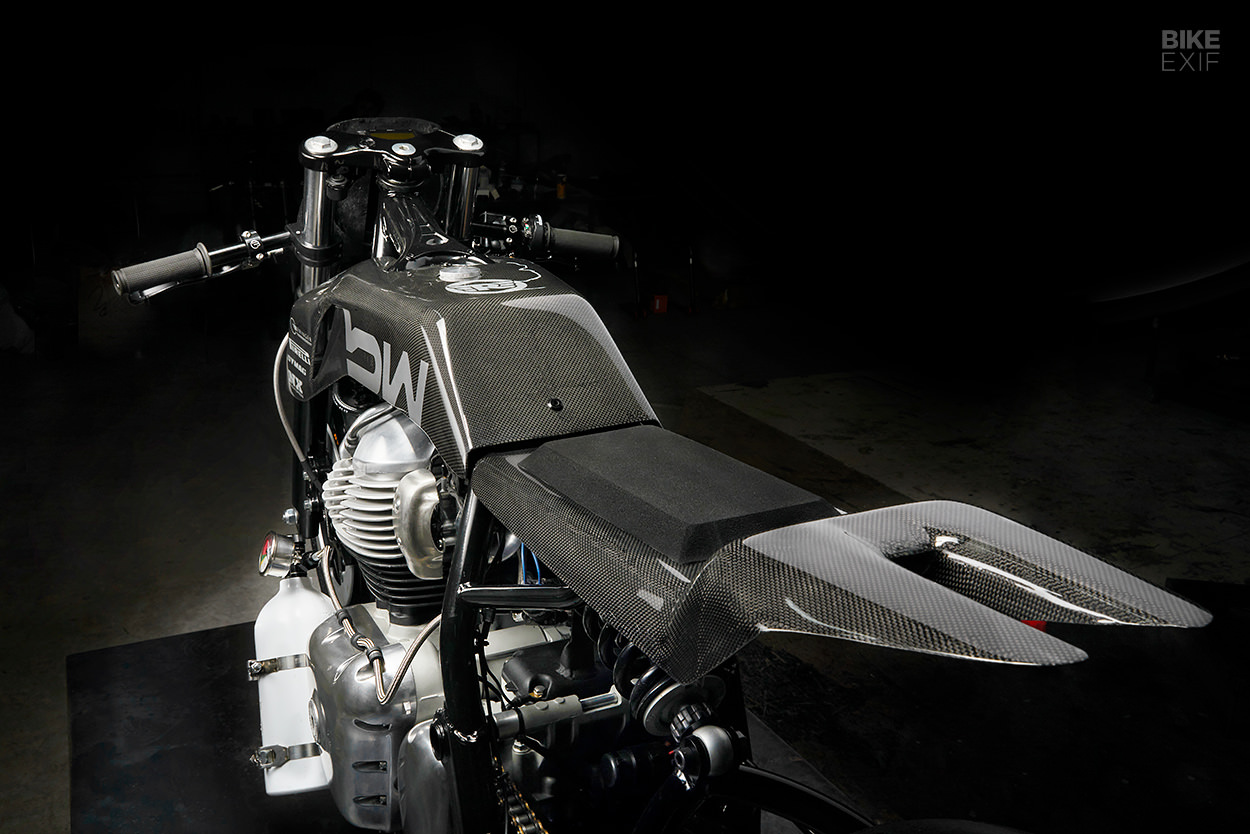