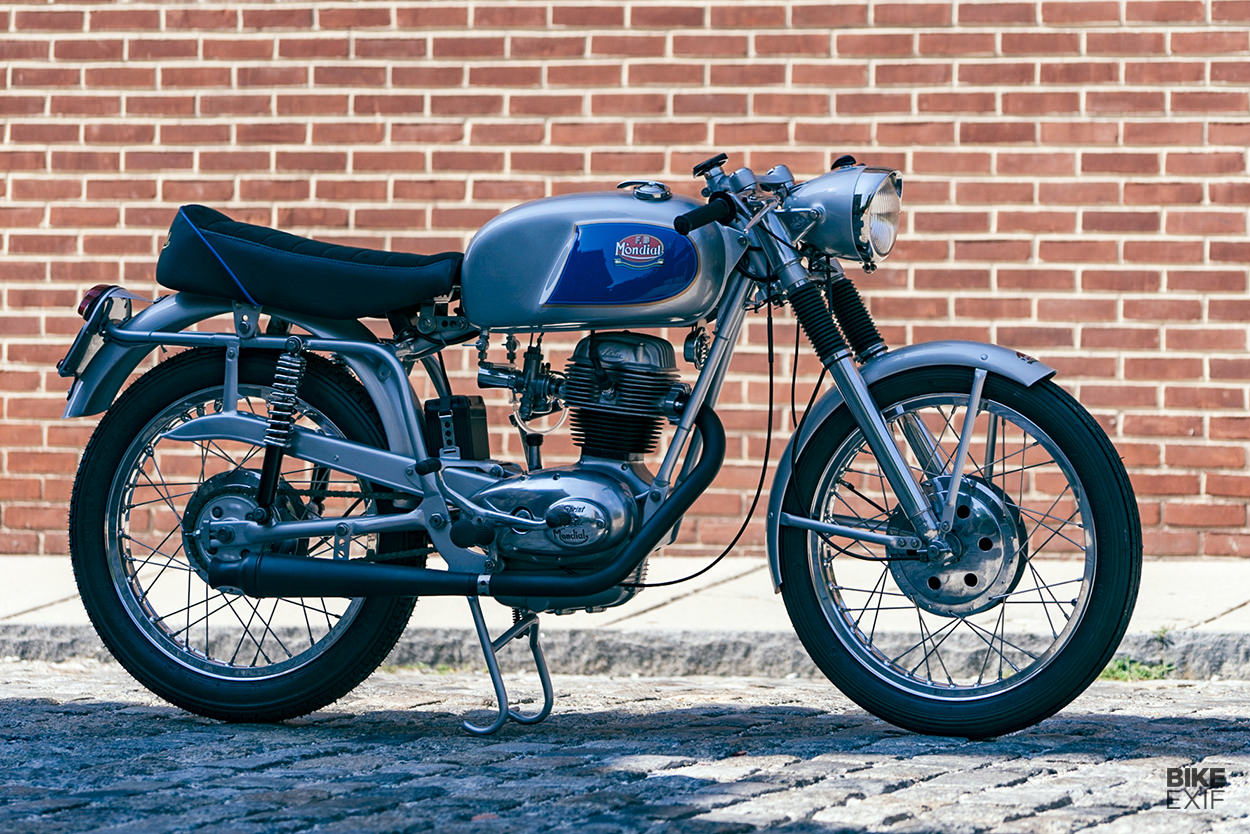 If you live outside Italy, you may not have heard of FB Mondial. But the marque is familiar to Europeans of a certain age, because it dominated the Grand Prix scene in the 1950s—and collected multiple world championships in the 125 and 250 classes.

It’s over ten years since we last featured a Mondial, so this exquisite restomod from Bill Becker of BeckerBuilt is a welcome arrival. Bill is a retired architect based in Philadelphia, and his builds are characterized by thoughtful, methodical craftsmanship. 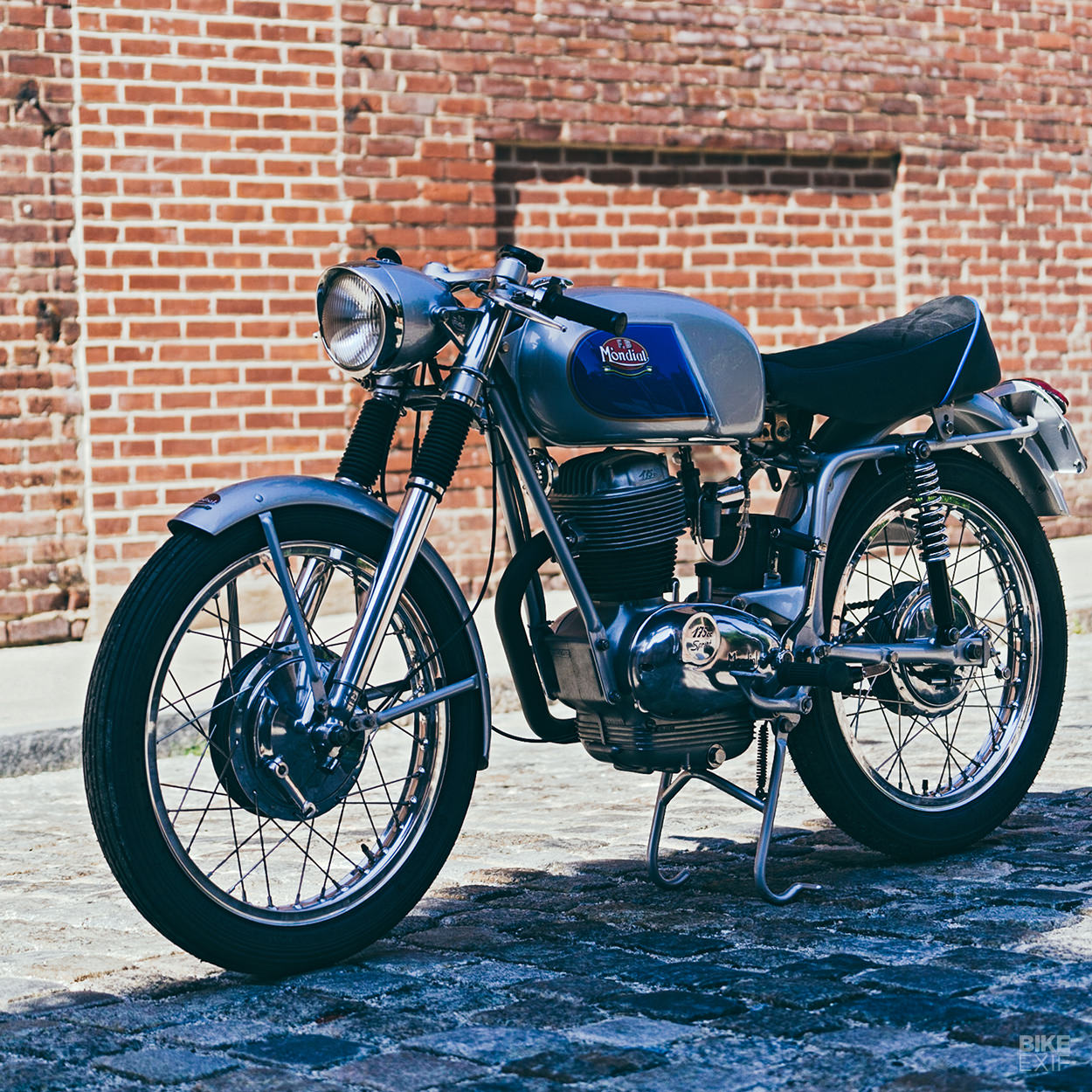 Bill’s latest project builds upon the stock features of the well-designed little Mondial, and adds just enough customization to make it a classic beauty. It started life as a 175cc Sprint model from 1960, with red and gold paint, and evolved into a cafe racer—inspired by the racing models produced by the Mondial founders, the Boselli brothers.

“The previous owner of the Mondial was an ex-racer and accumulator of motorcycles,” Bill tells us. “In a moment of sanity that we collectors occasionally experience, he sensed that it was time to ‘thin the herd’—he would never be able to complete all the projects that he had acquired over the years. I seized the opportunity.” 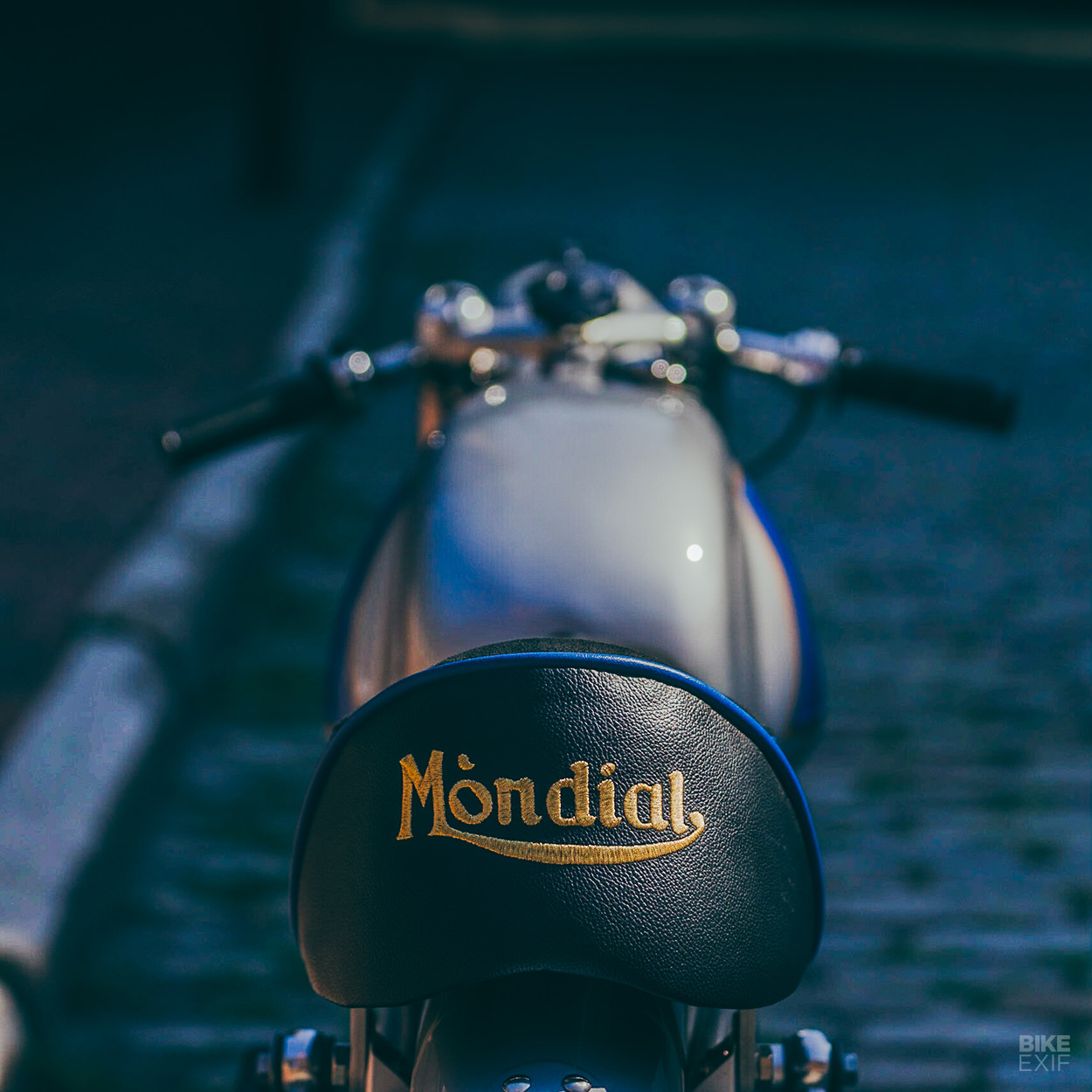 For Bill, the prospect of working on such a rare bike was compelling. “I had only read about Mondial motorcycles, and never seen an actual model. This bike, in stock form, was a very attractive example of the cafe racer design so desirable in the 1960s.”

The chassis appeared to be complete. All the beautifully detailed little parts unique to this make seemed to be present—just not in the right place. 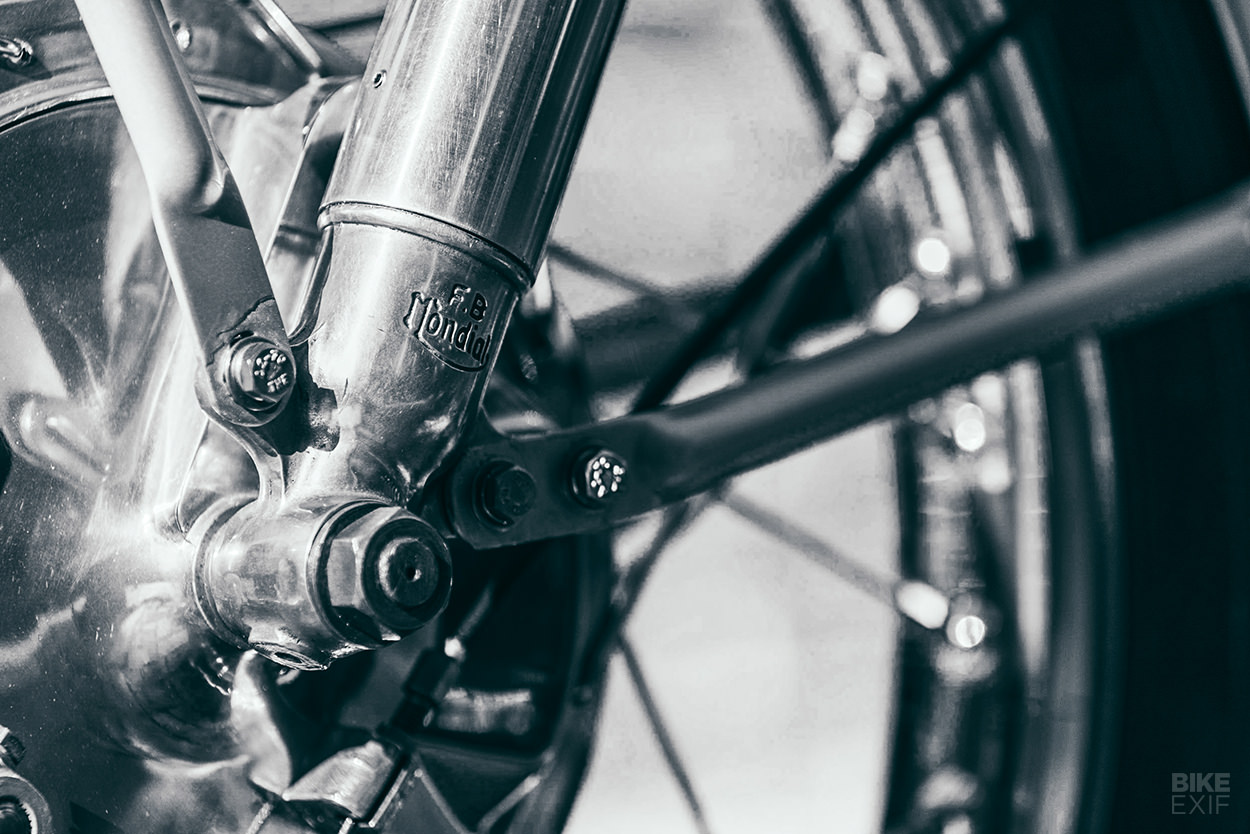 “The engine was totally disassembled, with parts in boxes and coffee cans,” says Bill. “But who doesn’t love a good puzzle?” Fortunately, he found a parts manual for this model online—but unfortunately, he couldn’t find a service manual to match. “This is when confidence in one’s ability and experience is essential,” he notes wryly.

After examining all the parts and cross-referencing with the manual, Bill discovered that certain critical parts were missing. “The clutch basket, plates and springs were missing. Piston rings were broken, and the carburetor casting was riddled with zinc-rot.” 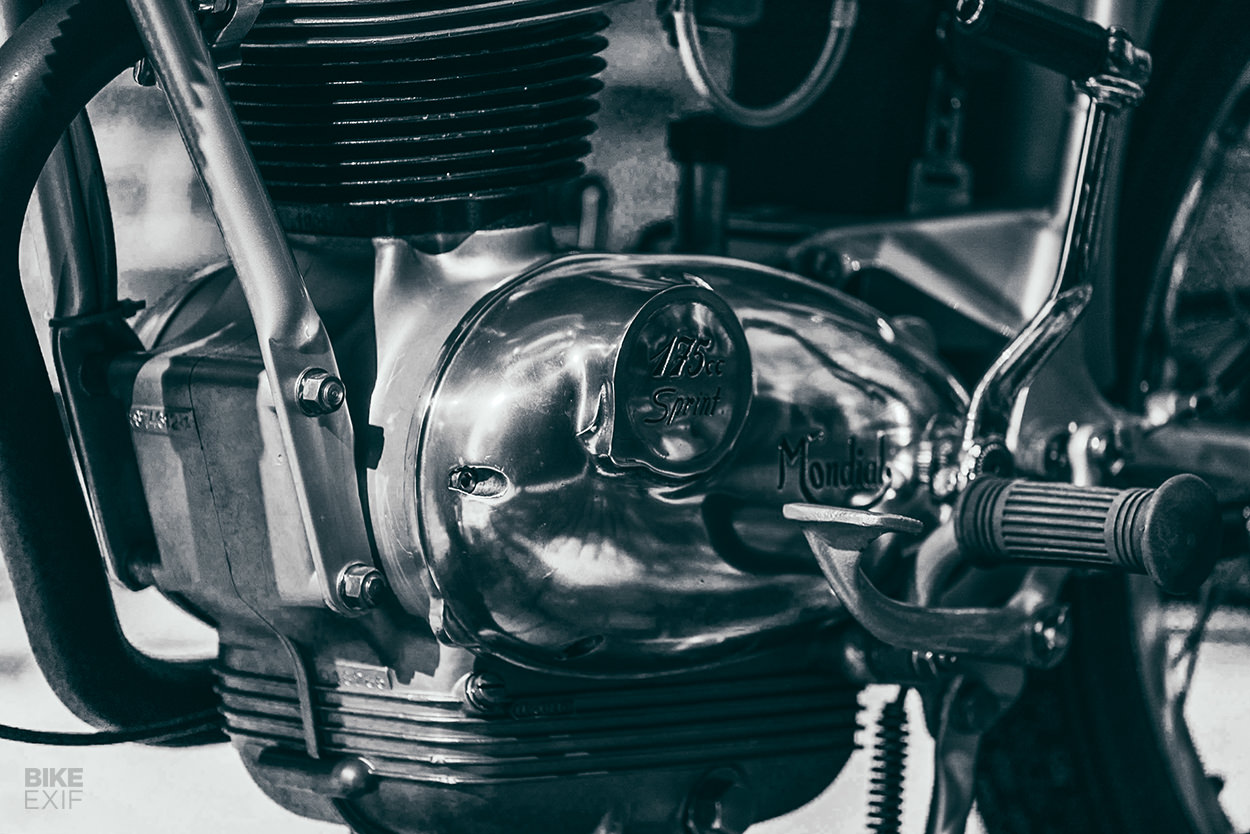 Even worse, the transmission main shaft was cracked and had been repaired by welding. Not acceptable.

Sourcing vintage parts was not easy. The Mondial factory operated by the fratelli Boselli was a boutique manufacturer producing only small numbers of motorcycles in limited years of production. 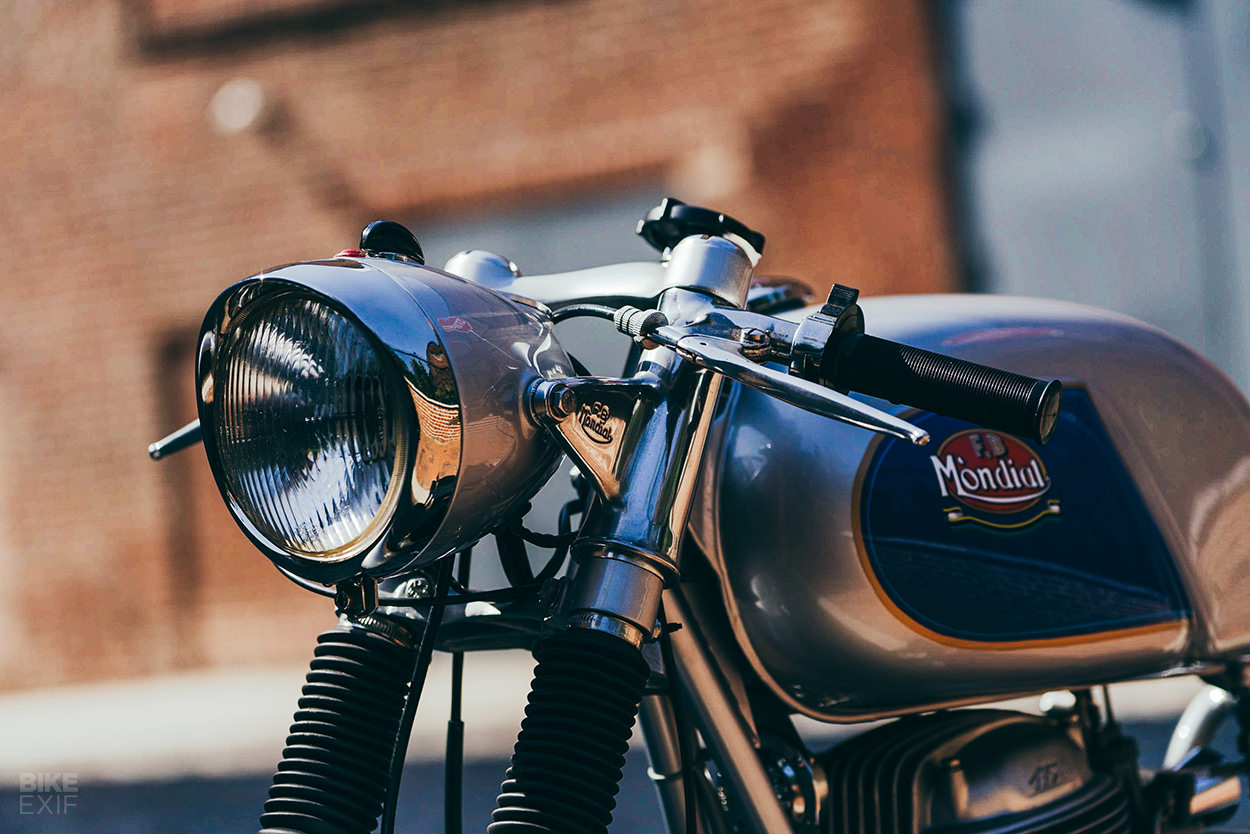 “In the U.S. I was only able to find generic items like tires, seals and bearings,” says Bill, “and a used Dell’Orto carburetor.” Sourcing parts in Italy proved difficult as well, but Bill managed to track down a new clutch. And he discovered that other motorcycle manufacturers—such as Aprilia in this instance—shared suppliers and standard parts.

The solution for the defective mainshaft was to purchase a complete, used motor on Italian eBay. A friendly motorcycle dealer in Italy agreed to drive for four hours to pick up the motor, then strip the mainshaft and send it to the States, in exchange for the rest of the motor. 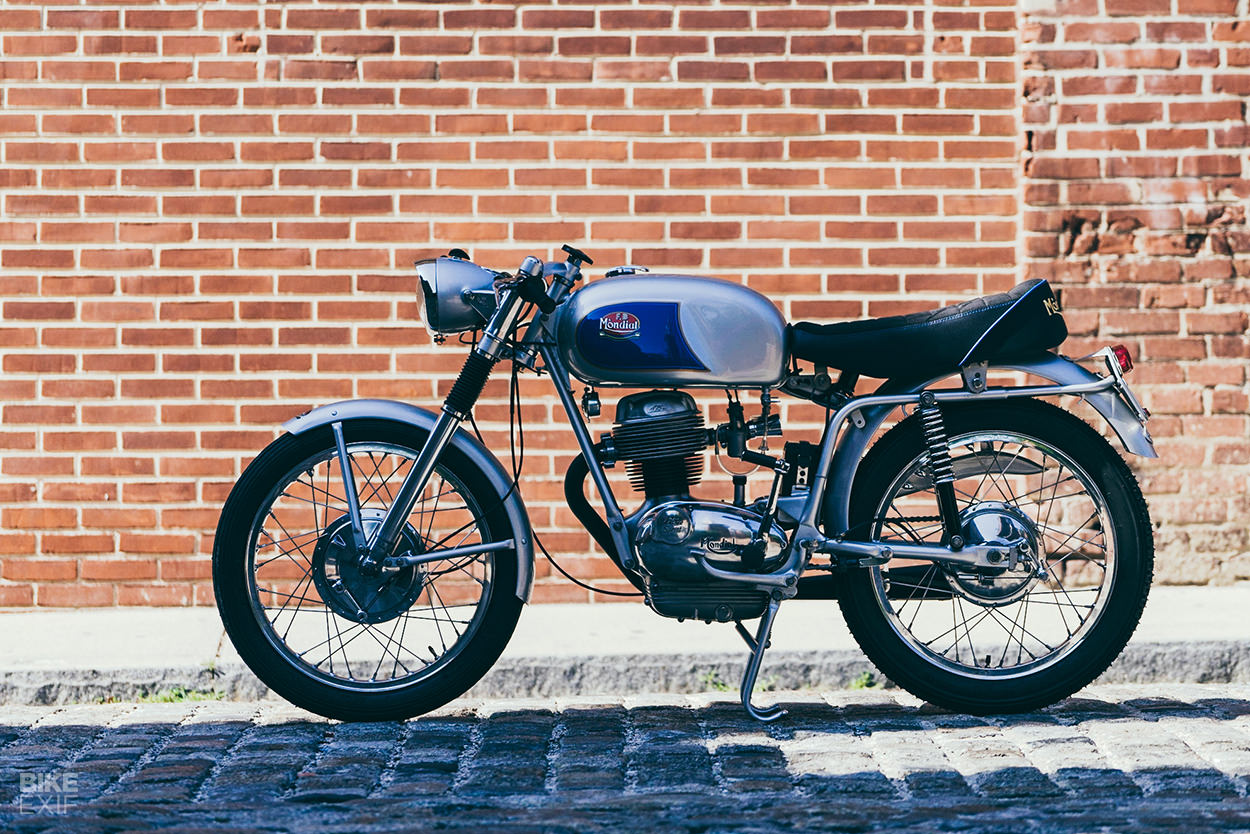 As Bill worked on the Mondial, he found more deficiencies: a rusted and seized swing arm, a crumbling speedometer body, and a missing seat pan and cushion. The battery box was rusted out, and a finned exhaust header clamp was cracked. The only solution was to fabricate new parts in his shop.

“Every undertaking of this nature requires planning, and clarity in the design approach,” Bill says. “I was not interested in a full-on restoration project, but rather one that took advantage of good original features with light modifications—where there were opportunities for improvement.” 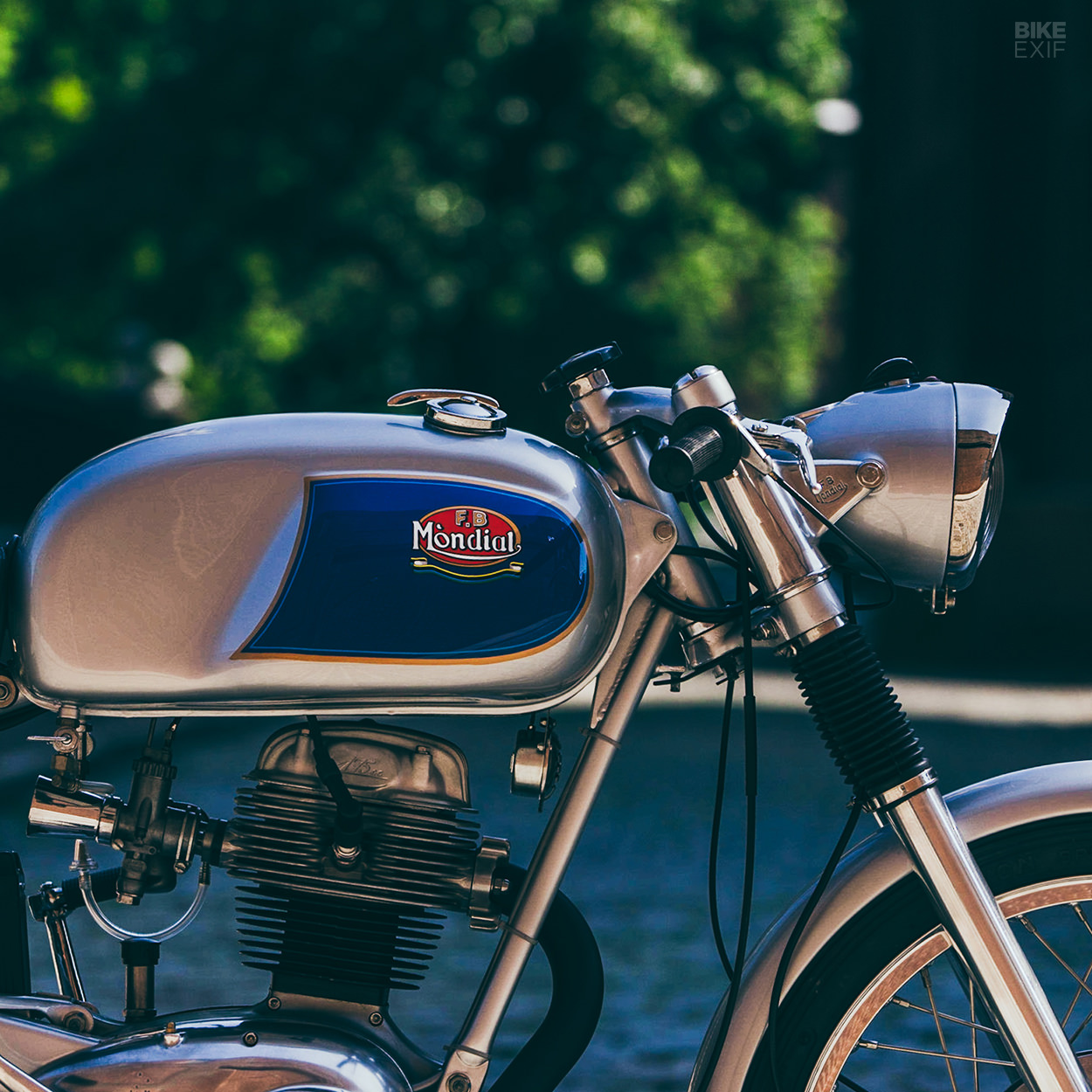 The changes are in the spirit of the 1960s. Bill’s chosen a classy blue-and-silver paint scheme to emulate the Mondial race bikes of the period, rather than the red-and-copper original. 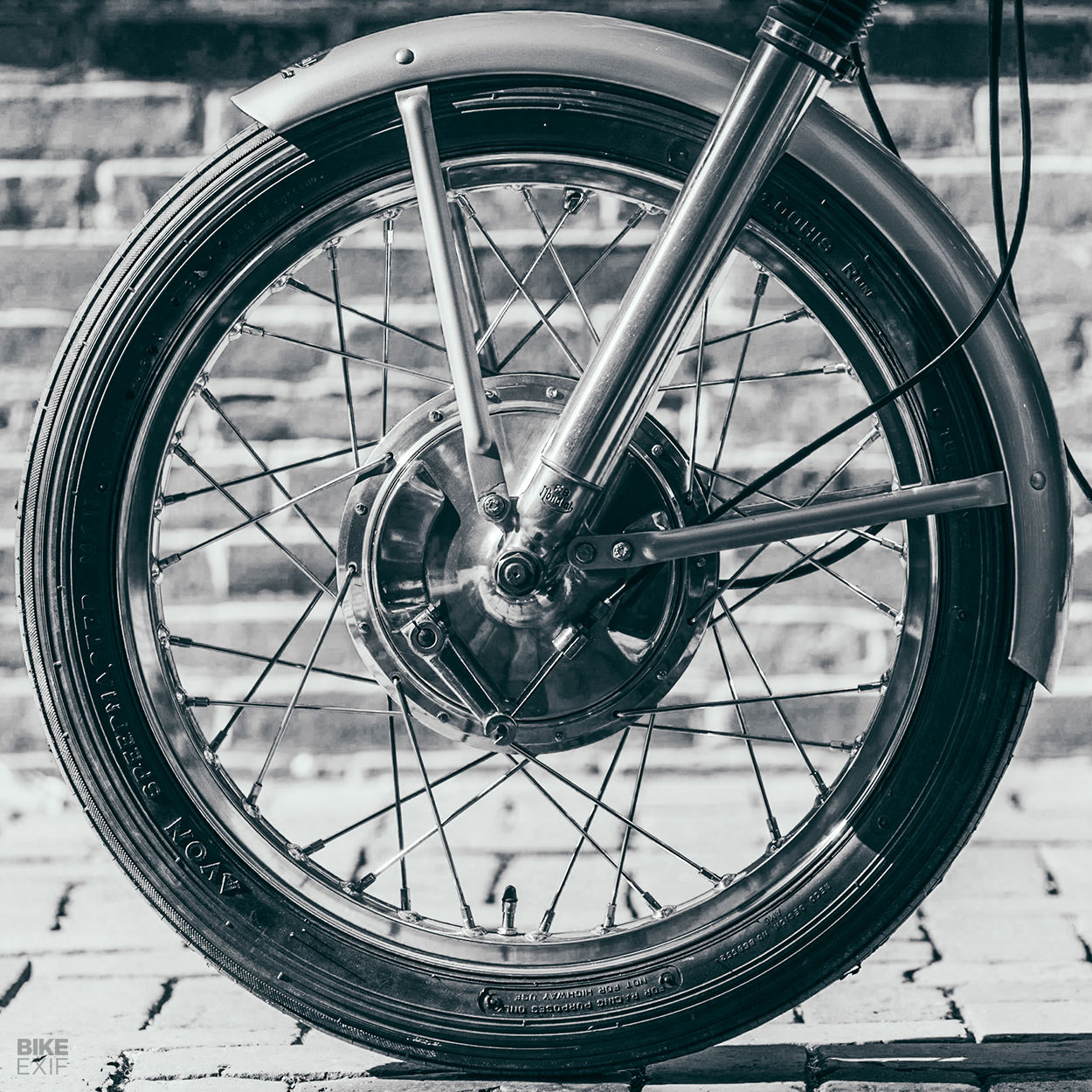 “The final work had to be the best of FB Mondial, and the best of BeckerBuilt,” says Bill.

We’d agree on both counts. 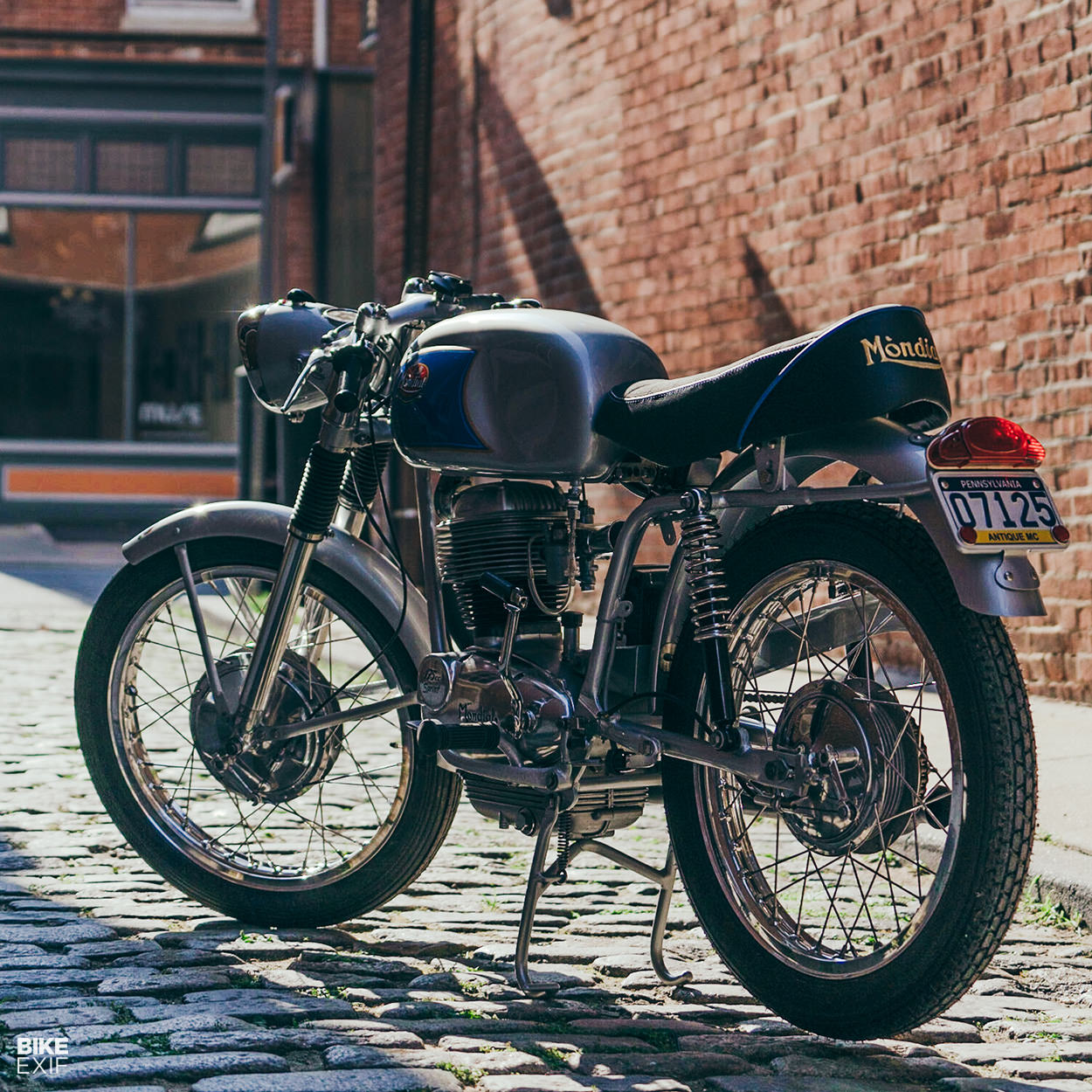