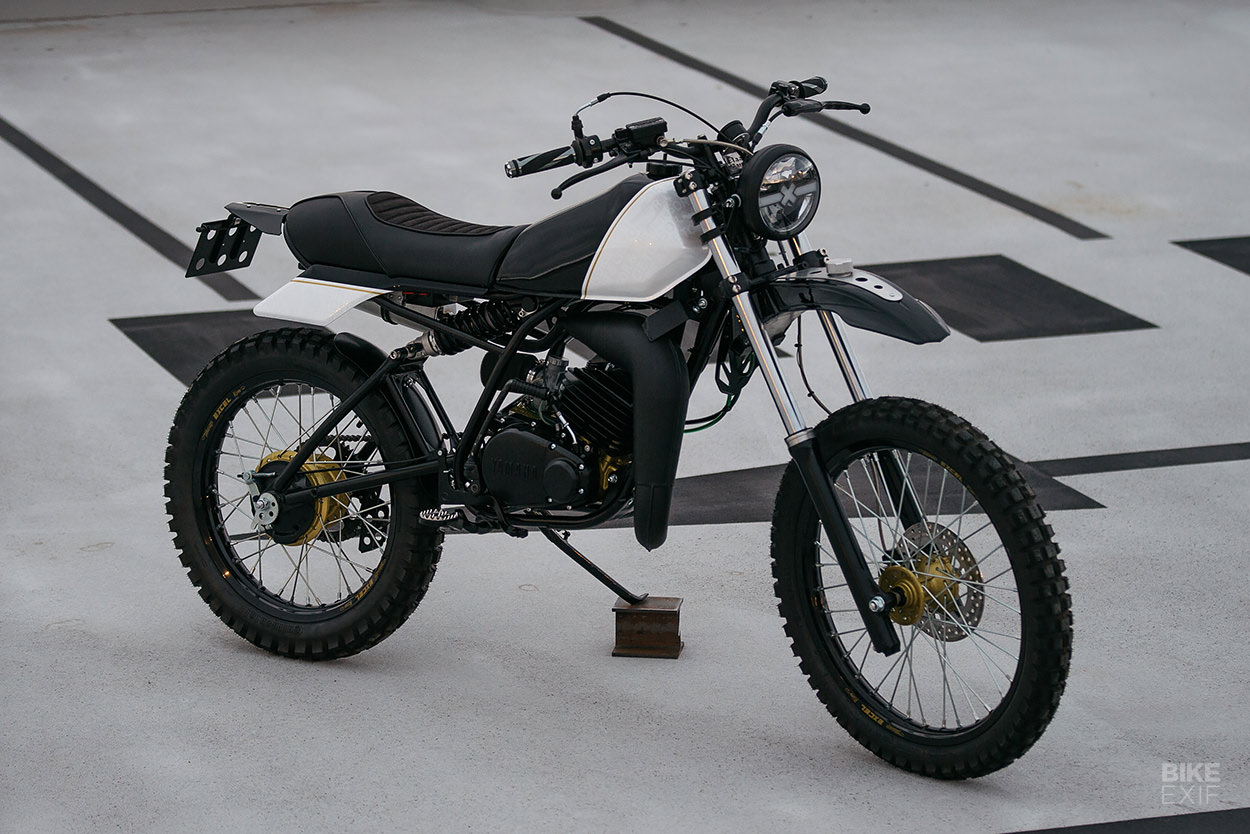 It’s getting hard these days to tell if a custom comes from an amateur or professional workshop; the part-timers are really leveling up. And then you have that curious middle ground—the growing number of serial custom hobbyists who could probably make the jump into full time if they wished.

BaaM Garage is one of those outfits, and they’ve just finished this very tidy Yamaha DT125. It’s a double-duty bike that would look at home on the trails during le week-end, and on tight French city streets during the working week. 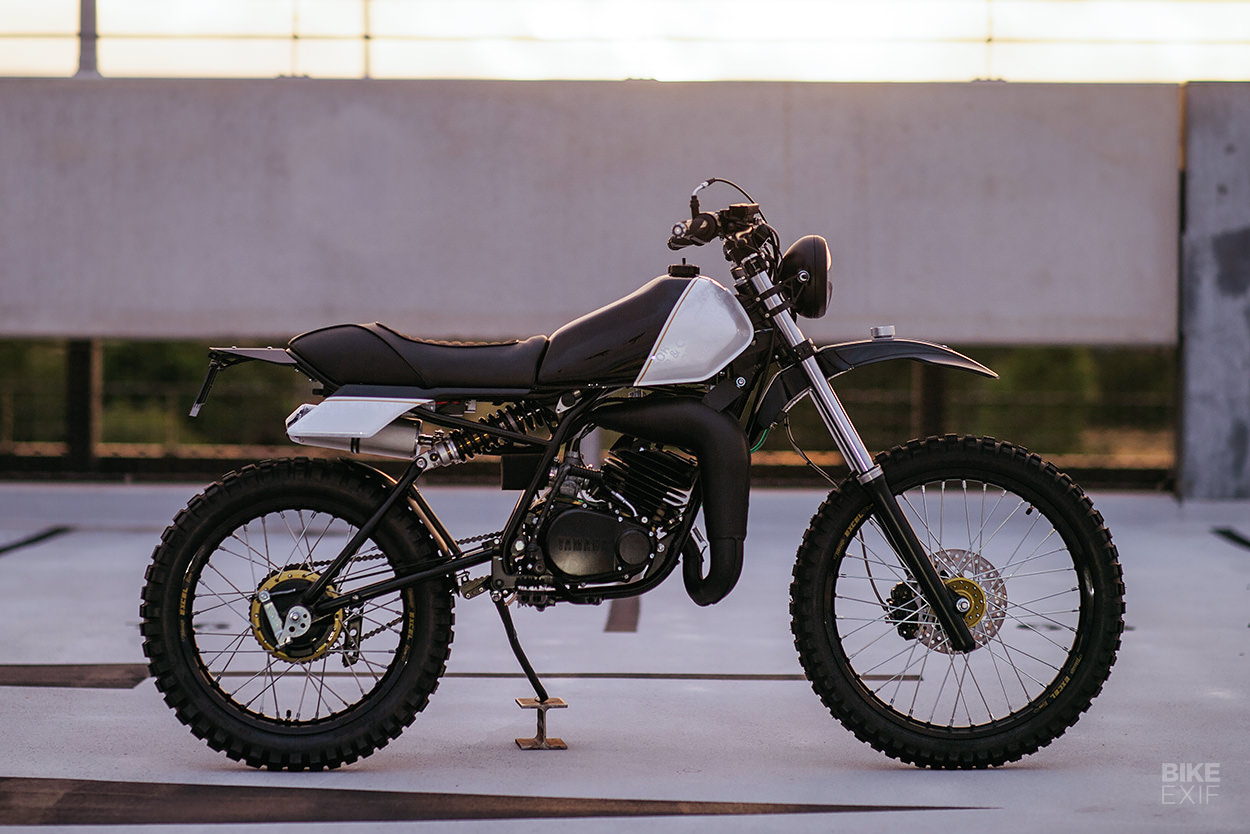 BaaM is based is Toulouse, and run by friends Clément and Hugo. Both are 29 years old, both are aerospace industry engineers, and both come from families with a passion for motorsport.

Clément even spent 15 years racing go-karts, developing his mechanic skills along the way. Hugo was a late starter: “I learnt how a carburetor works when I saw one on a table while sharing a meal at Clément’s home in 2015!” 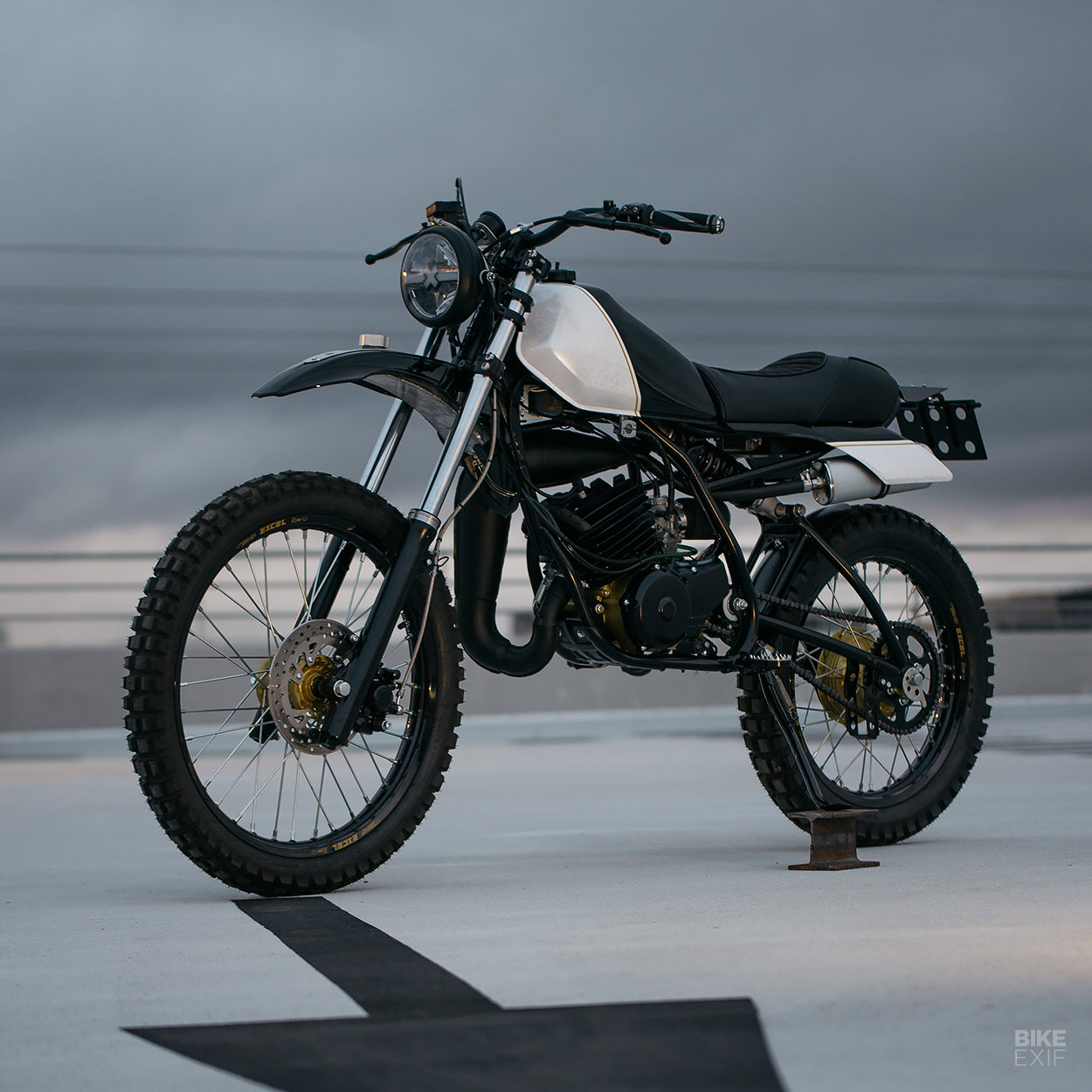 That was the year BaaM Garage became an after-hours hobby for the guys, and this two-stroke DT125 MX is their fourth build—after a Honda CB250G, a Suzuki DR650 Djebel and a Yamaha XTZ750 Super Ténéré. BaaM obviously has a thing for older Japanese bikes.

Clément and Hugo picked up the 1979 DTMX 125 (as the model is known in France) just over a year ago, but they already had a client: David Ferrara, the owner of Tonsor & Cie, a very cool traditional barbershop in Toulouse. David is also a partner in Wheels & Waves, and has already put two of BaaM’s previous builds on display in his shop. 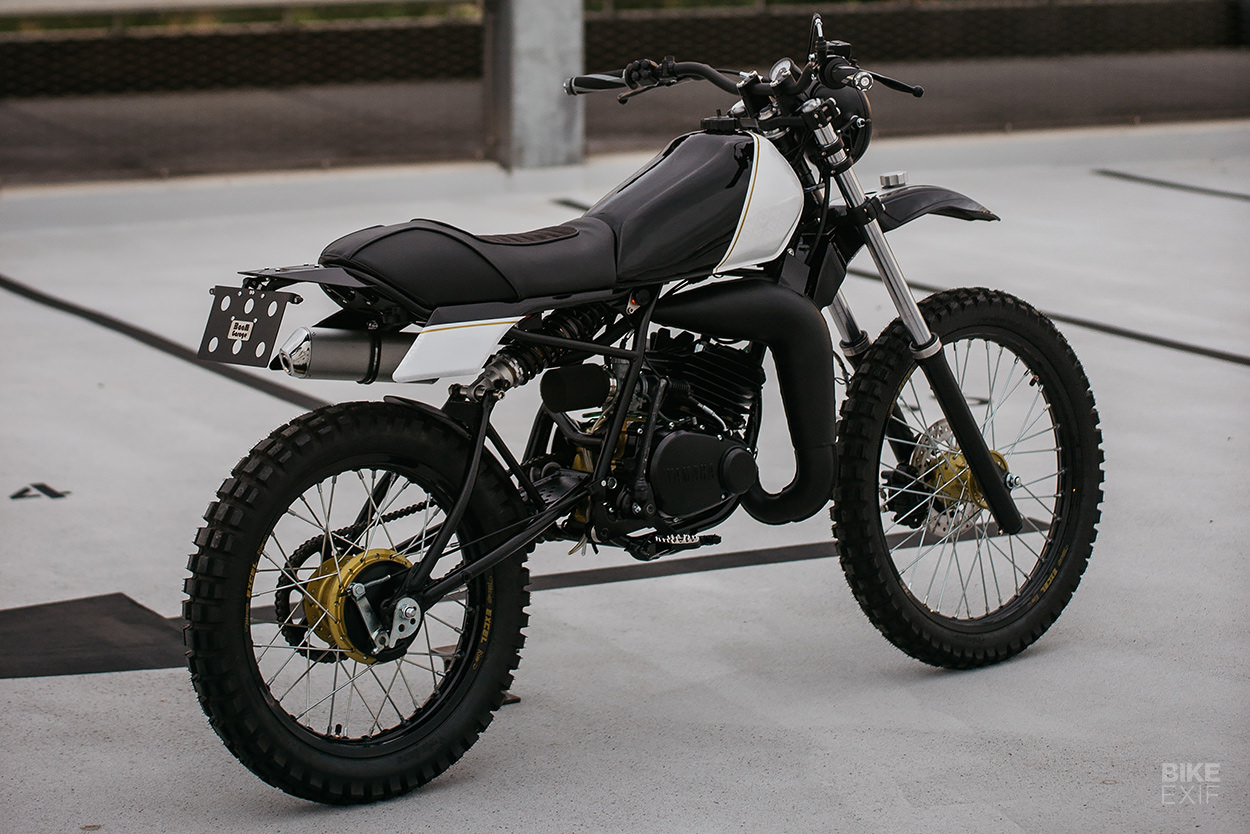 At the start of the COVID period and France’s first lockdown, the DT was stripped down. “We wanted to completely ‘free up’ the rear end, so the shock absorber and upper swingarm are clearly visible,” says Hugo. That also meant relocating the battery and oil tank, and scrapping the huge air box.

The back end of the frame has been completely rebuilt, lowered in height and slightly shortened. The rest has been cleaned up, with a new electrical box installed under the seat in tandem with a Ducati-based seat opening system. 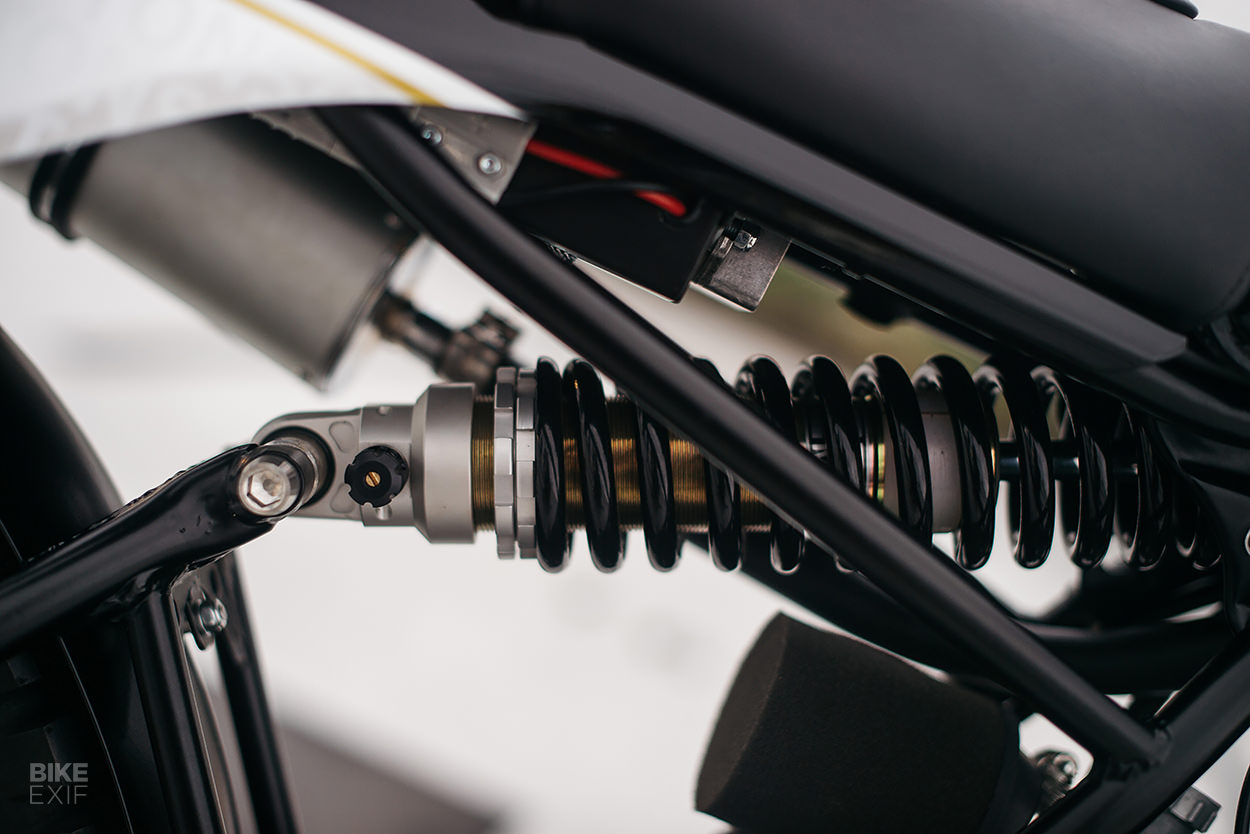 Clément and Hugo also re-welded the swingarm, with perforated plates added near the hinge for extra stiffness. It’s hooked up to a custom-made shock from the French manufacturer EMC, but keeps the same style as the original: “We wanted to keep the beautiful tubing of the pre-1980 DTMX.”

The front fork looks standard, but DT125 obsessives will spot that it’s from a later model—in order to get a disk instead of drum brake. 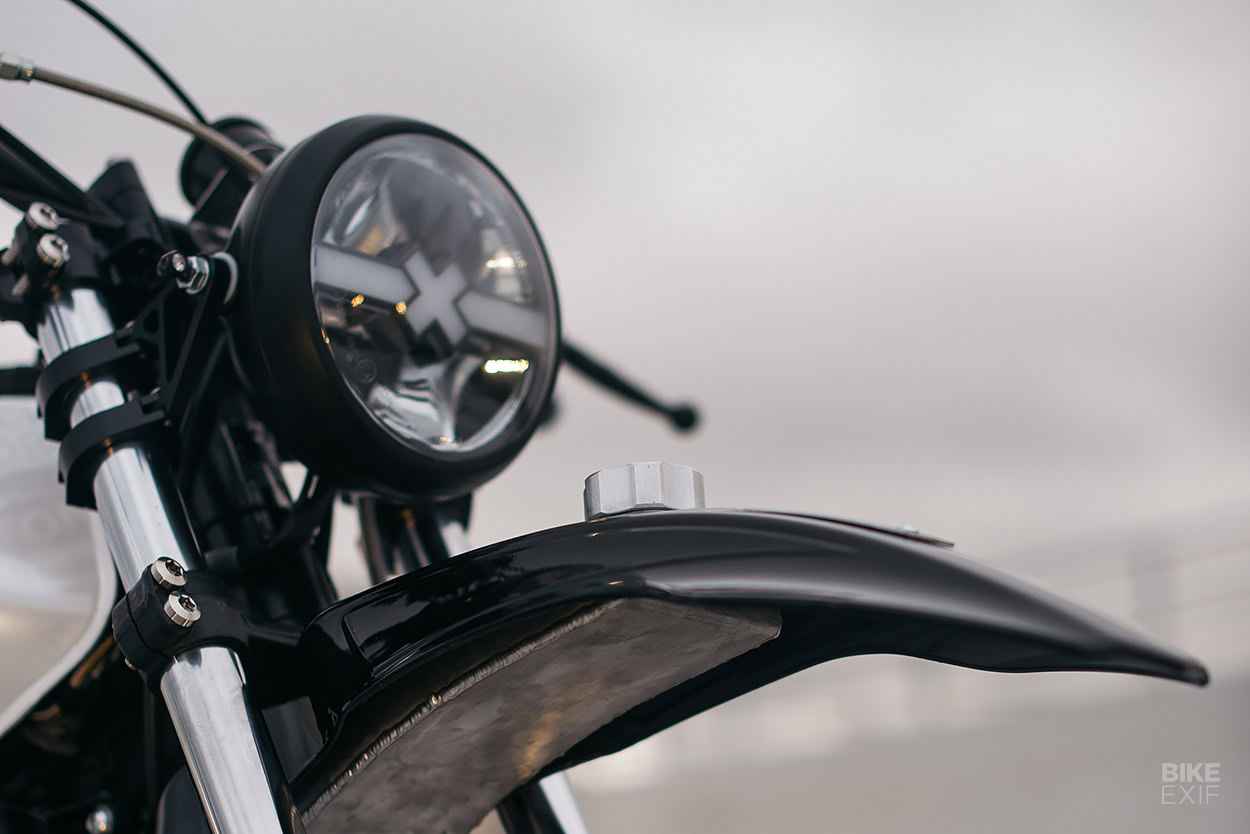 The cleverest mod is also the best hidden: underneath the front fender is a tough, flush-fitted aluminum oil box.

The kick-start air-cooled single has been fully restored, and refinished on the outside—with a hint of BMW Austin Yellow metallic paint on the covers for extra pop. The same color is used on the rebuilt hubs too, which are now laced to classy Excel rims, shod with skinny Continental Twinduro rubber. 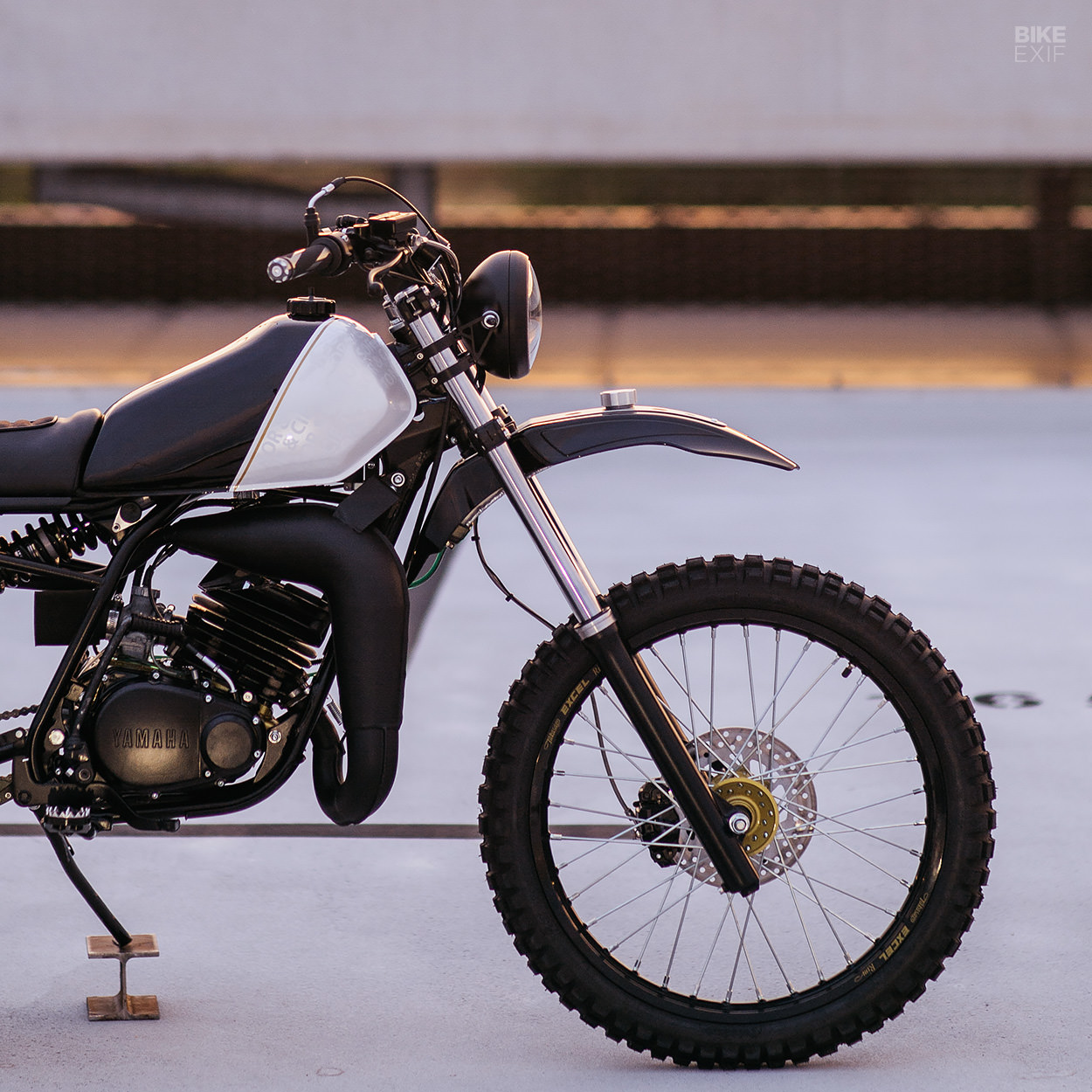 The bodywork looks factory standard, because in some ways it is: the fuel tank is from a DT50, subtly remodeled to fit on the DT125 frame. “We had to completely modify the underside of it,” says Hugo, “and also the fuel valve area—due to the beam-type frame with the rear shock going inside. The tank was also full of dents when we got it, but we loved the shape.”

BaaM have crafted the new under-seat panels out of aluminum, using hammers and an English wheel. For smaller items like fork tops and stainless steel fasteners, they turned to the lathe. 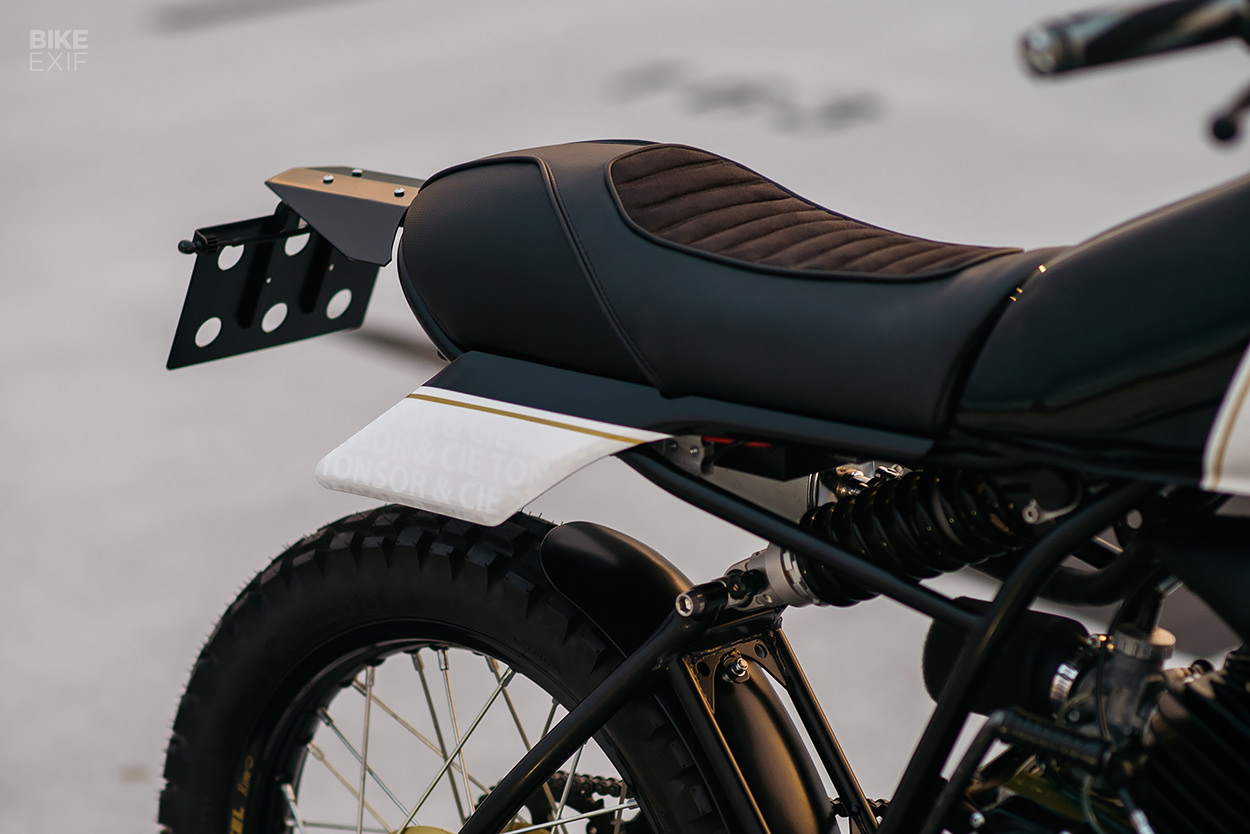 You need to do more than a cosmetic job to reinvigorate a 42-year-old bike, so Clément and Hugo have installed a brand new, homemade wiring loom. And a smattering of small 3D-printed parts are strategically placed around the bike—such as below the seat, with a discreet ‘key system’ allowing access to the electrics.

The seat eschews the 70s-style bread loaf form for something a little shapelier, upholstered in three different leathers by Carolyn Macagno—a former winner of the Meilleurs Ouvriers de France craftsmanship competition, just up the road in Montgiscard. 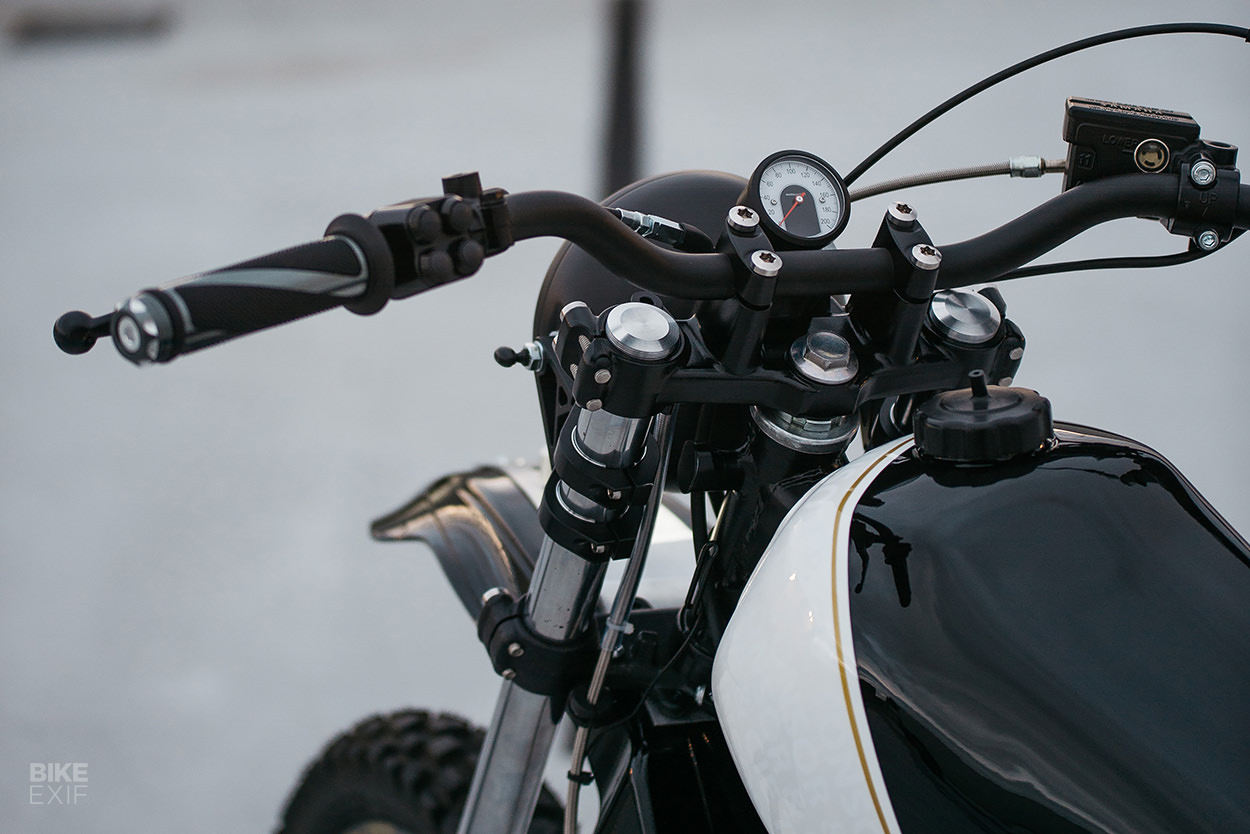 Underneath the new seat, the loom connects to a Motogadget mo.unit control box and an mo.lock ignition system, with a Tiny speedometer mounted on the bars. The switchgear is from Motone and the compact blinkers are Kellermann’s atto units.

The little two-stroke is a seriously accomplished build, but given that it’s the creation of a pair of aerospace engineers in lockdown, perhaps that’s to be expected. If they ever decide to make the jump into full-time, we reckon they’ve got a great future ahead of them. 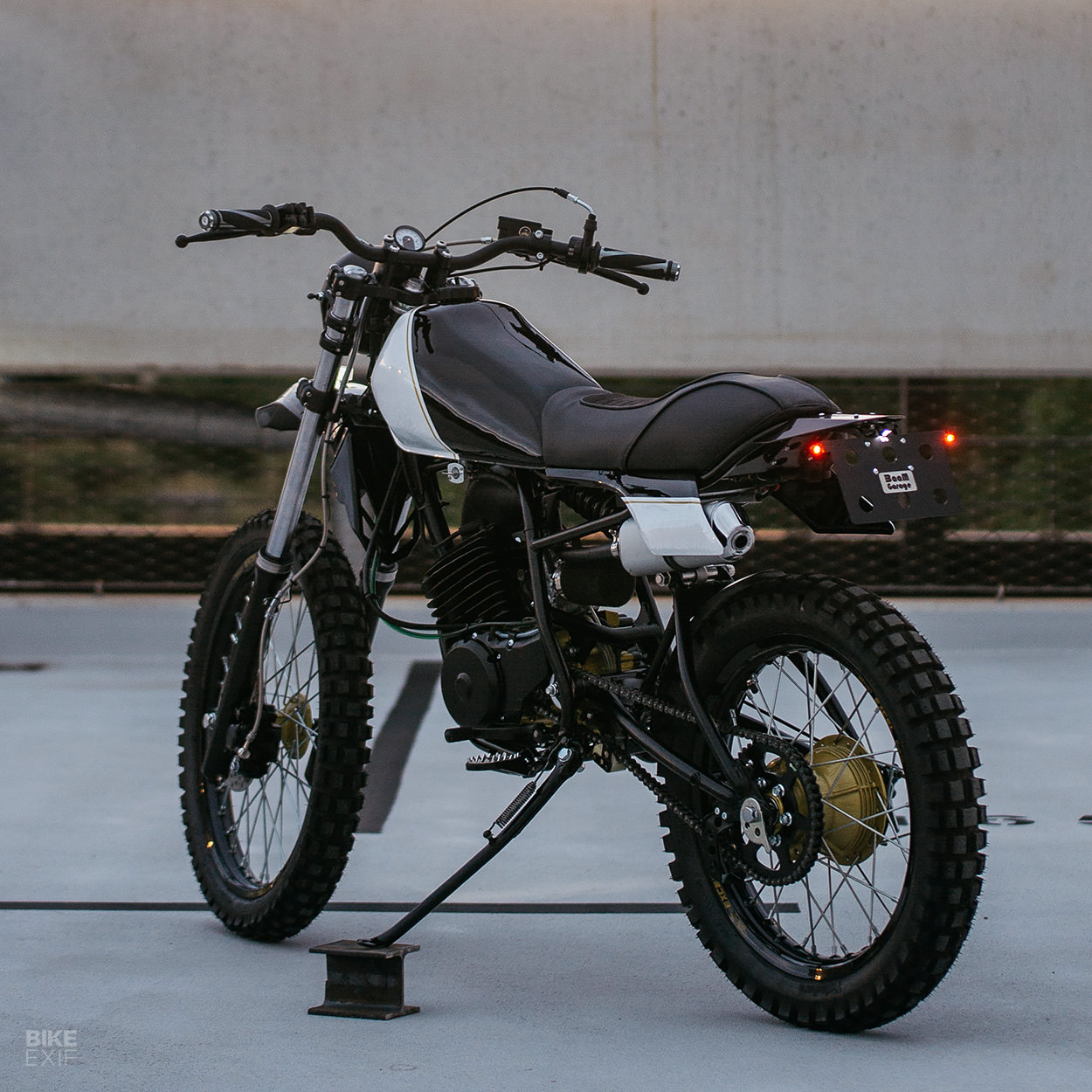