Six photosets that nail the art of moto photography 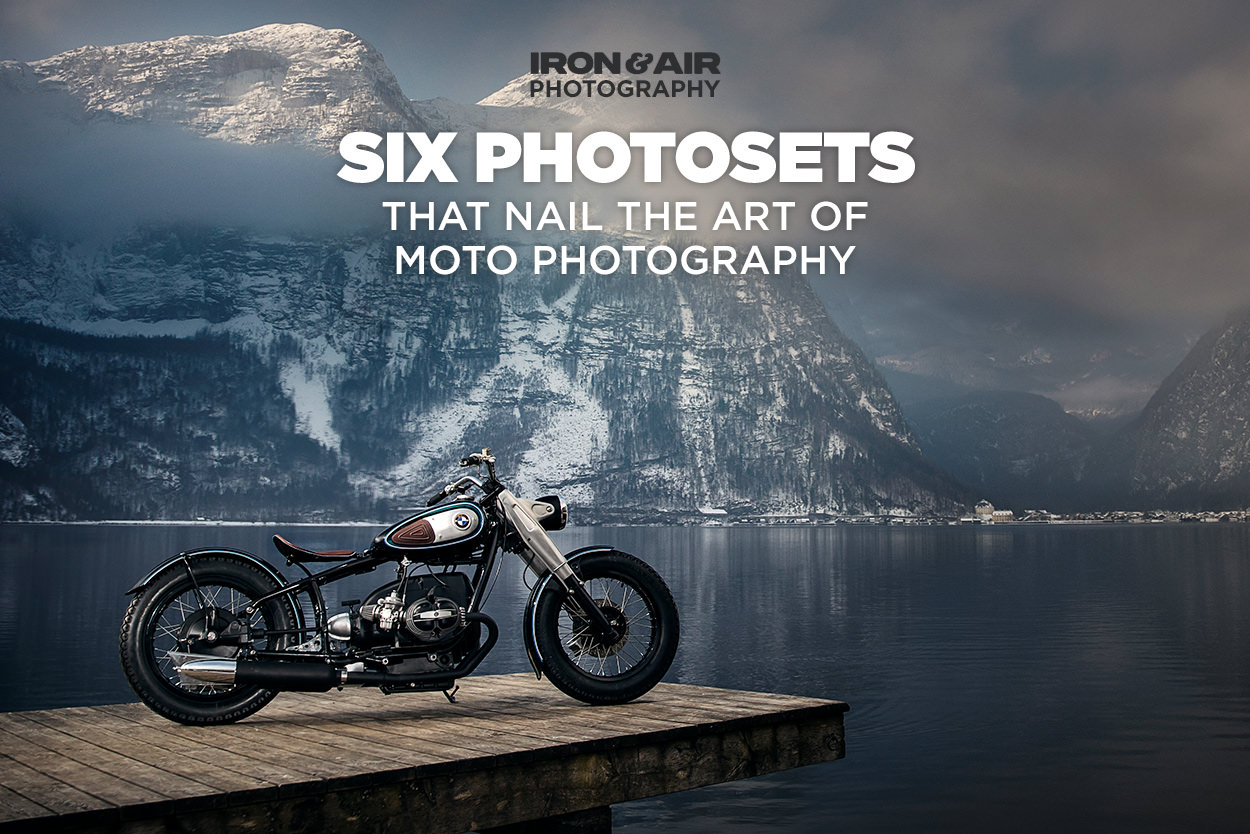 It was 2008 when I started kicking around the idea for Bike EXIF. I wanted to showcase the best bikes from the best builders, with images to match. But in those days, good motorcycle shots were hard to find online.

High-quality photography was the domain of product and magazine specialists, and there was no business model for releasing work to websites. Within half a decade, that had changed rapidly. 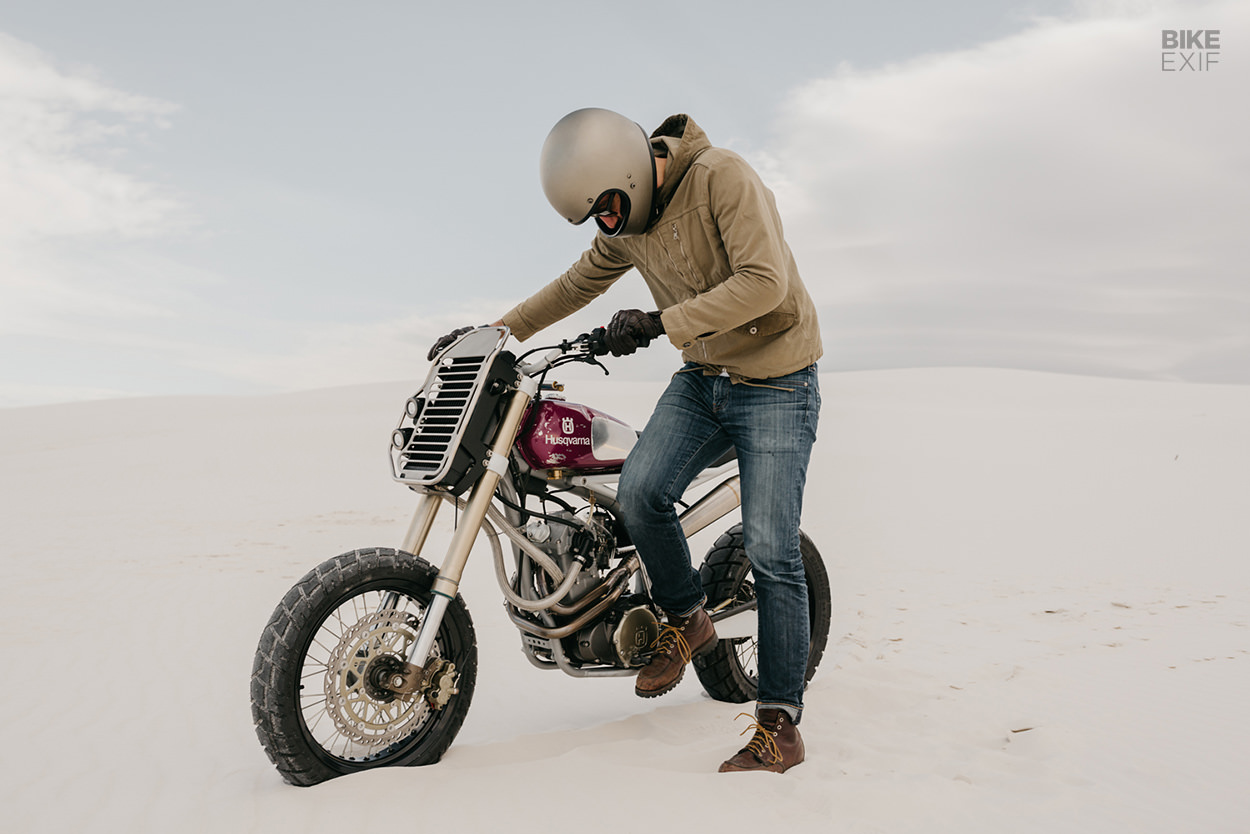 Smart custom shops realized that images sell bikes and build reputations. After all, if you’ve invested hundreds of man-hours and thousands of dollars of parts in a build, walk-around snaps taken on a five-year-old Samsung Galaxy aren’t going to impress anyone.

Today, some builders have photography skills to match their fabrication skills and shoot their own bikes. But for others, it’s never been easier to get appealing images. 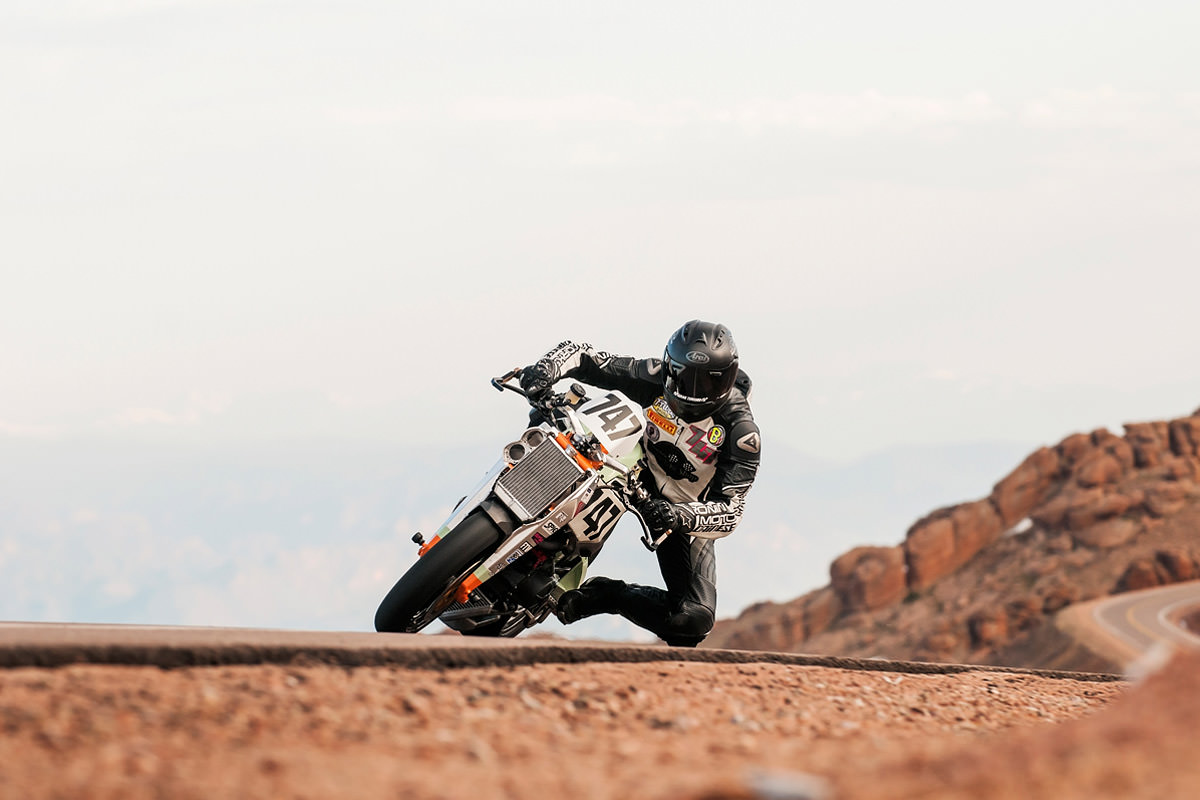 Mirrorless cameras with good APS-C sensors are affordable, image processing software and filters are easy to use, and inspiration is everywhere on social media. But even as the barriers drop, there is still an upper echelon of truly skilled professionals that have the eye and the equipment to deliver astounding results.

Most of these men and women have developed a subtle signature style and don’t restrict their work to motorcycles. But when they shoot a bike, magic happens. Here are a few of our favorite images featured on Bike EXIF in recent years. 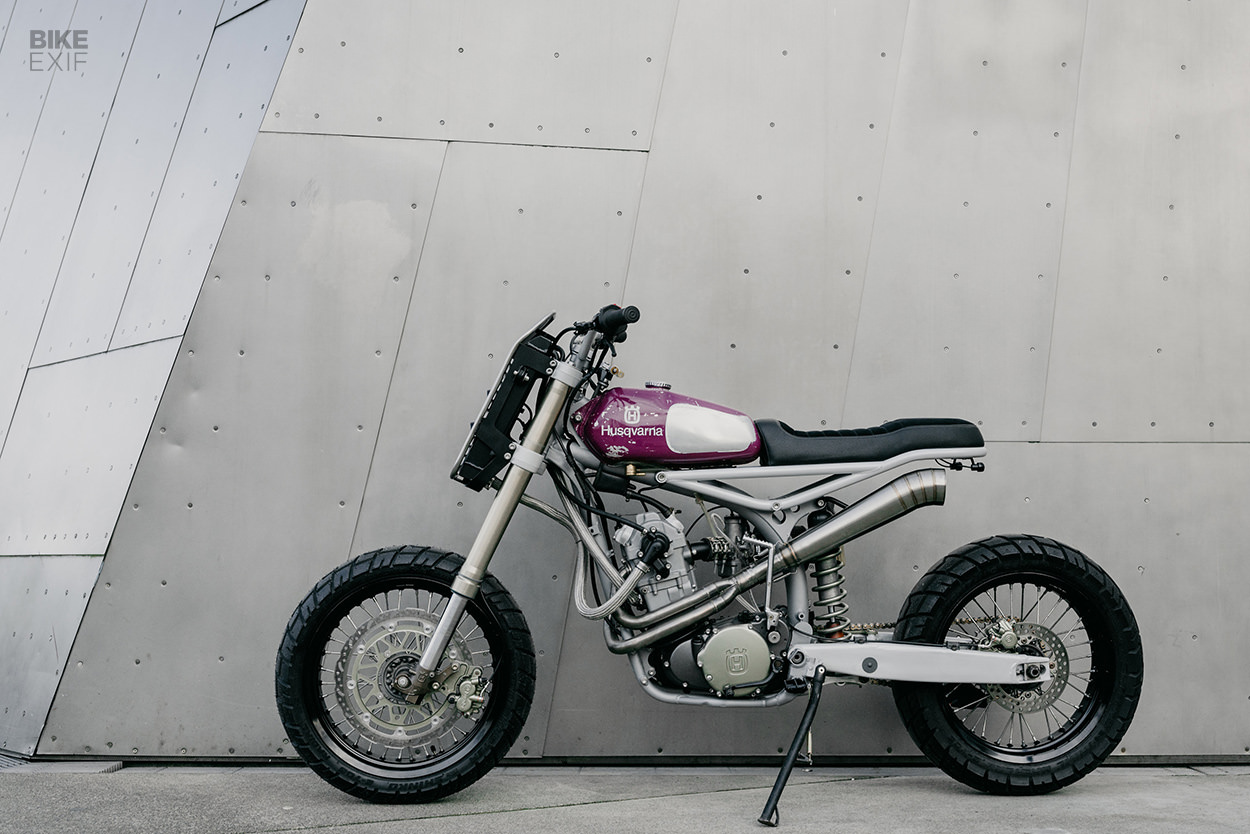 Moto Mucci Husqvarna TE 570 by Jenny Linquist Photographer Jenny Linquist and builder/designer Dave Mucci have graced the pages of Bike EXIF on multiple occasions, and for good reason. Dave is a mainstay in the contemporary custom scene, and Jenny’s skills are apparent in every one of her photosets. 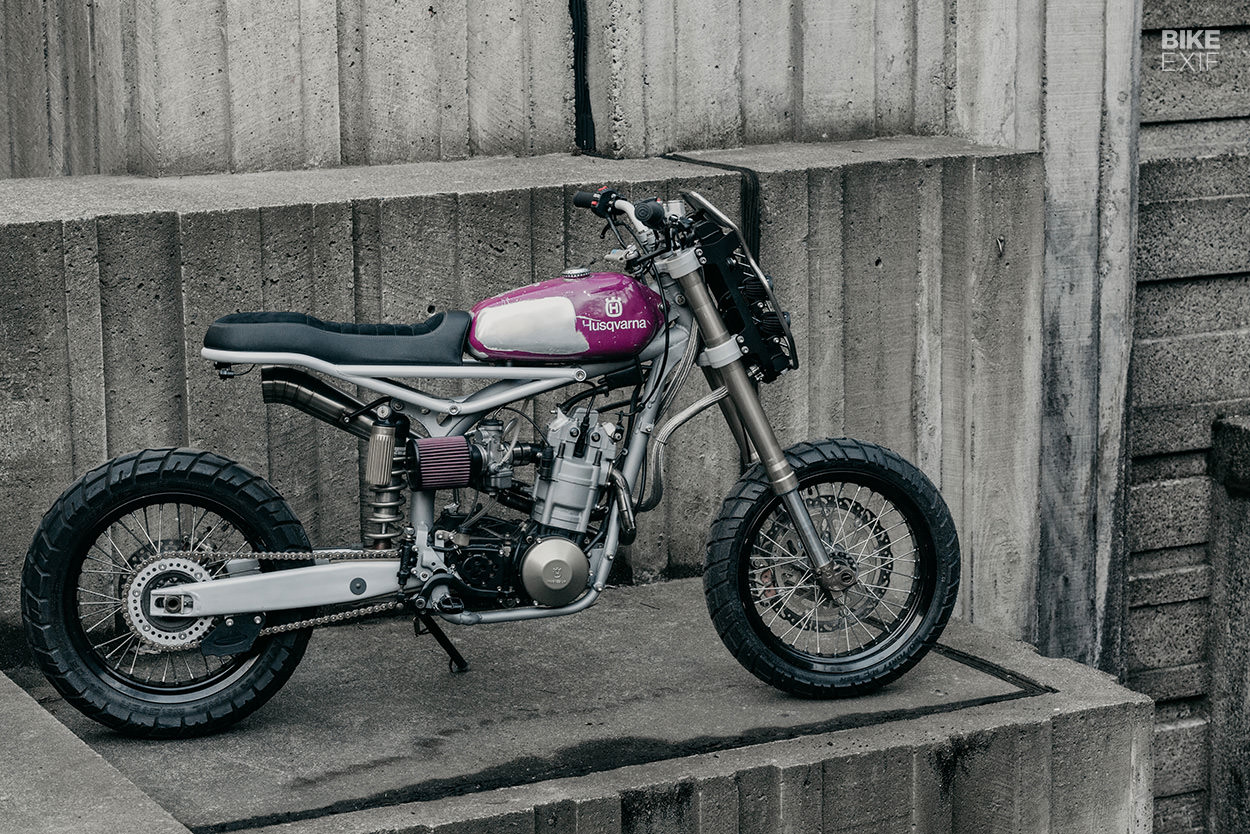 Documenting Dave’s Husqvarna TE 570 is one set that stands out in particular: the brutal lines of a concrete bridge contrast with the clean curves and radiuses of Dave’s Husky. There’s careful craftsmanship in both the bike and the images. 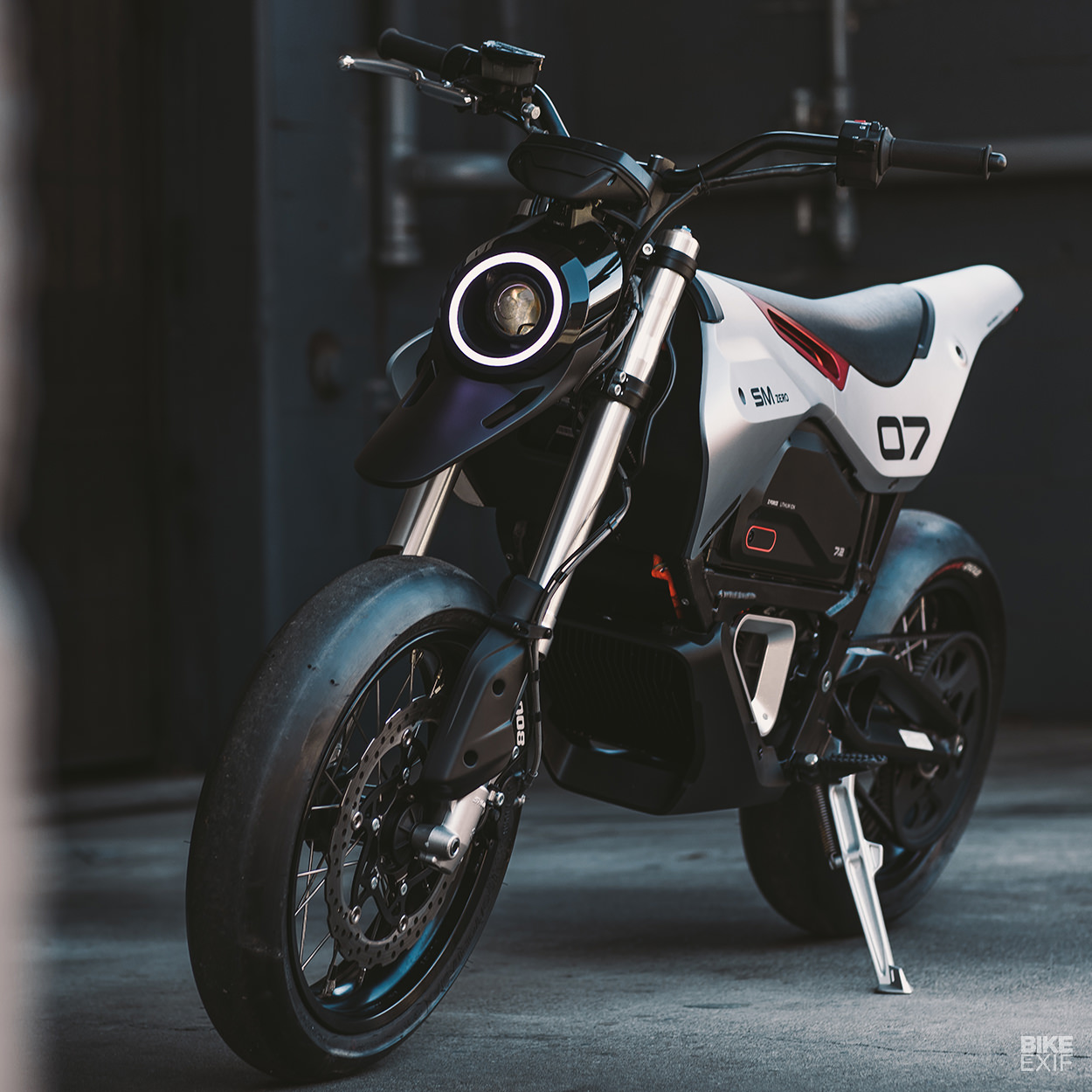 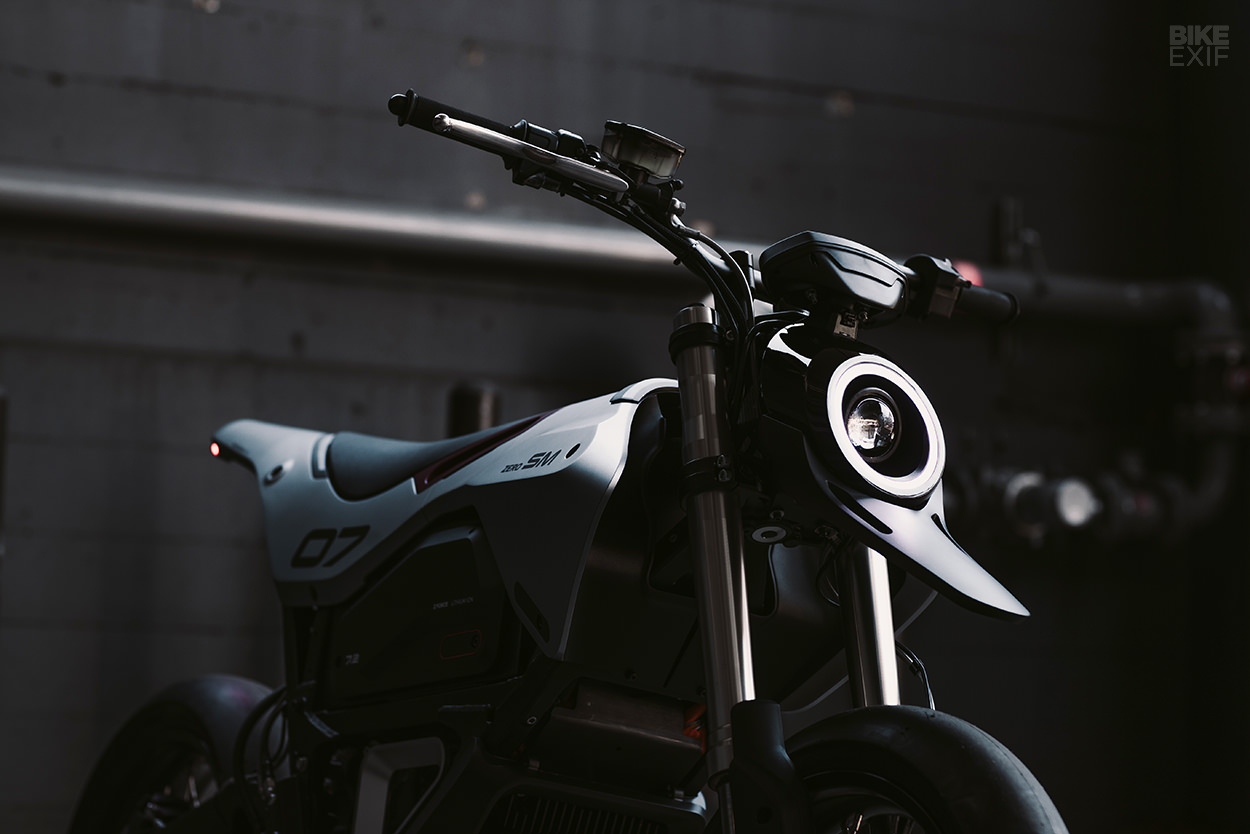 Simultaneously natural and synthetic, this set communicates the bike’s familiar yet forward-thinking aesthetic. It’s a taste of a hopeful future, where we get more of the good and less of the bad. Techno-optimism on display. 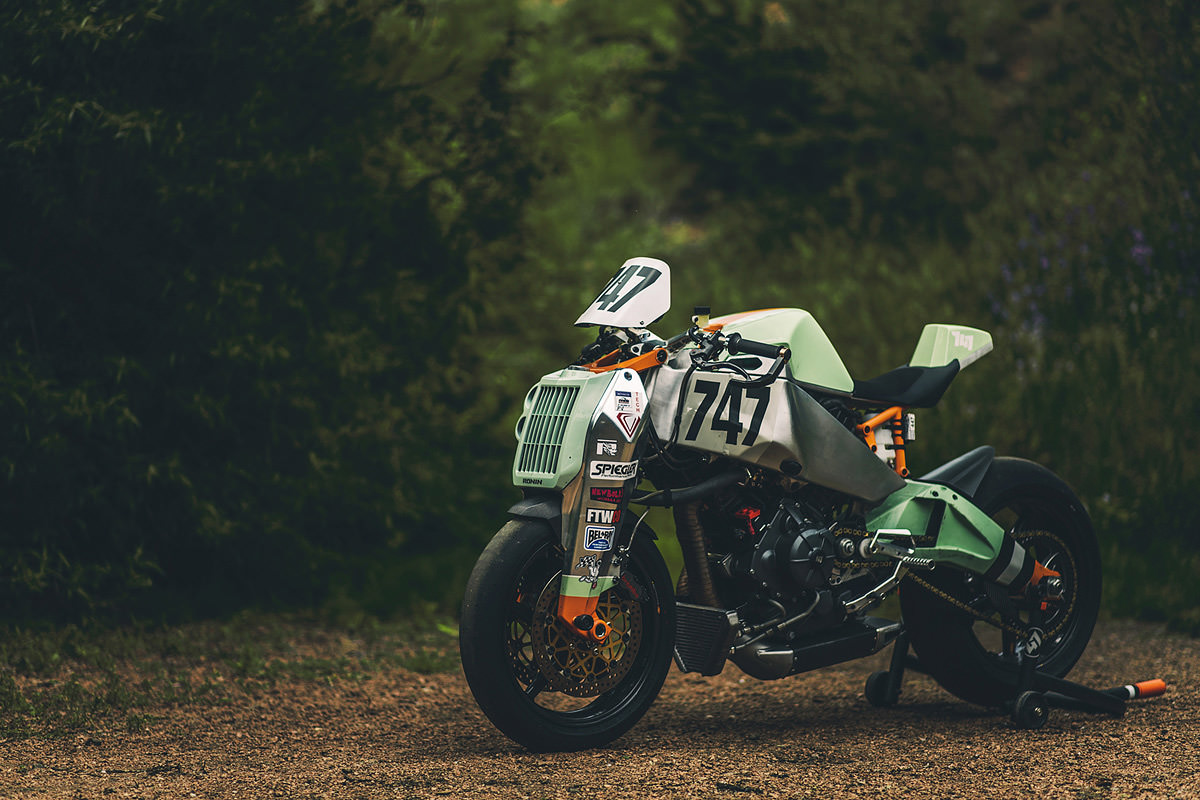 Ronin Pikes Peak by Brandon LaJoie When Magpul founder Mike Mayberry revealed the Ronin Project after the demise of Buell, the world was paying attention—especially to the incredible visual content that was being created alongside the bikes. Then came Oishi Yoshio, a Ronin purpose-built to take on the mighty Pikes Peak.

On race day, Travis Newbold captured the second-fastest time up the hill, beaten only by a factory-supported Honda CBR1000RR. 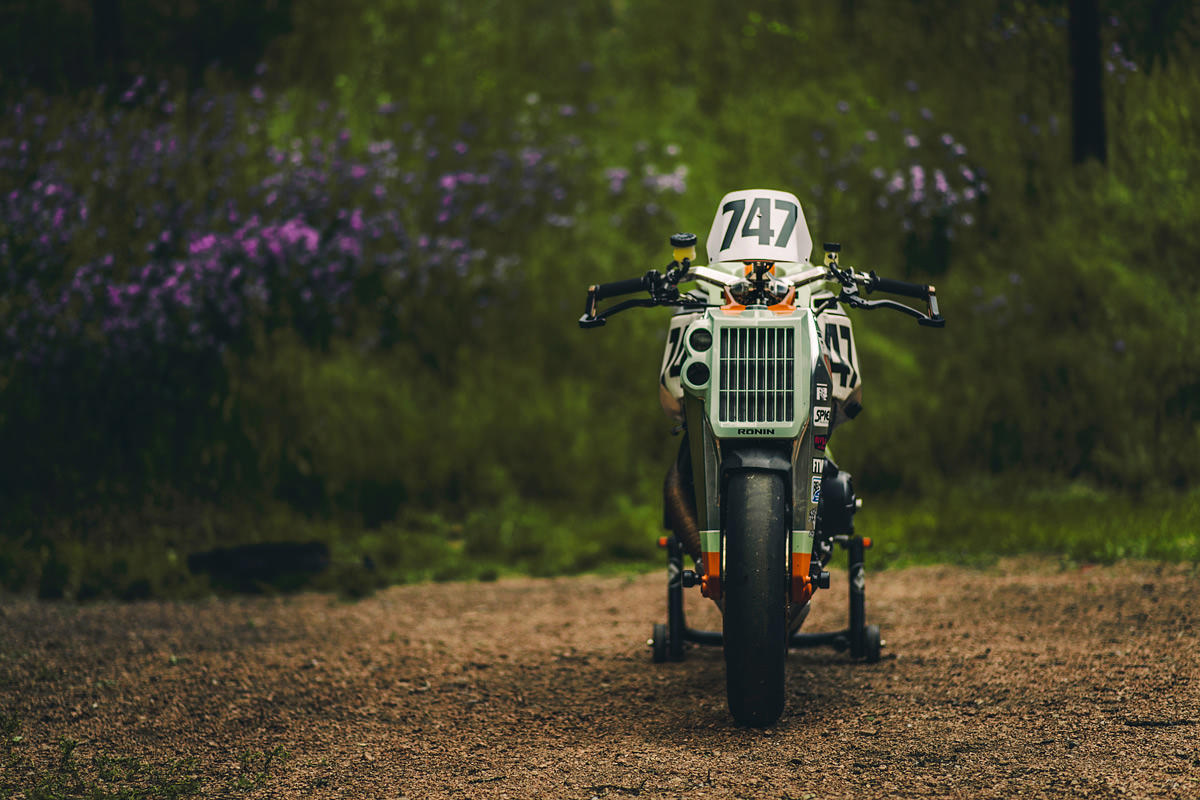 Thankfully, Brandon LaJoie was there to document the heroics, and produced simple, yet stunning, images of this very special machine. These pictures capture a battle-hardened warrior at rest, and we can almost feel the heat rising off the engine as we stare at them. 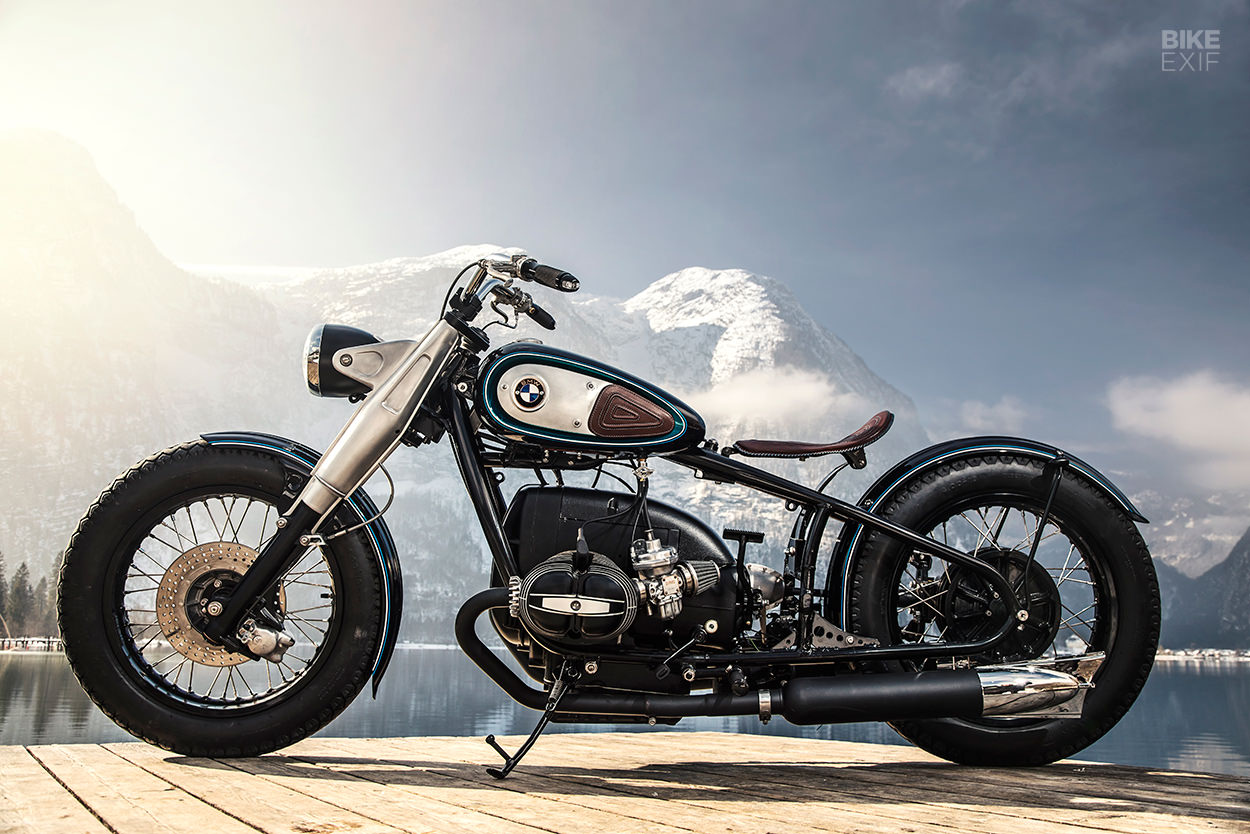 Titan Motorcycles BMW R50/3 bobber by Klemens Koenig When Klemens Koenig’s photoset for Titan’s R50/3 hit the internet, our jaws almost hit the floor. The motorcycle alone is a sight to behold, but stick it in the foreground of this truly epic Austrian Alpine backdrop and you have magic. 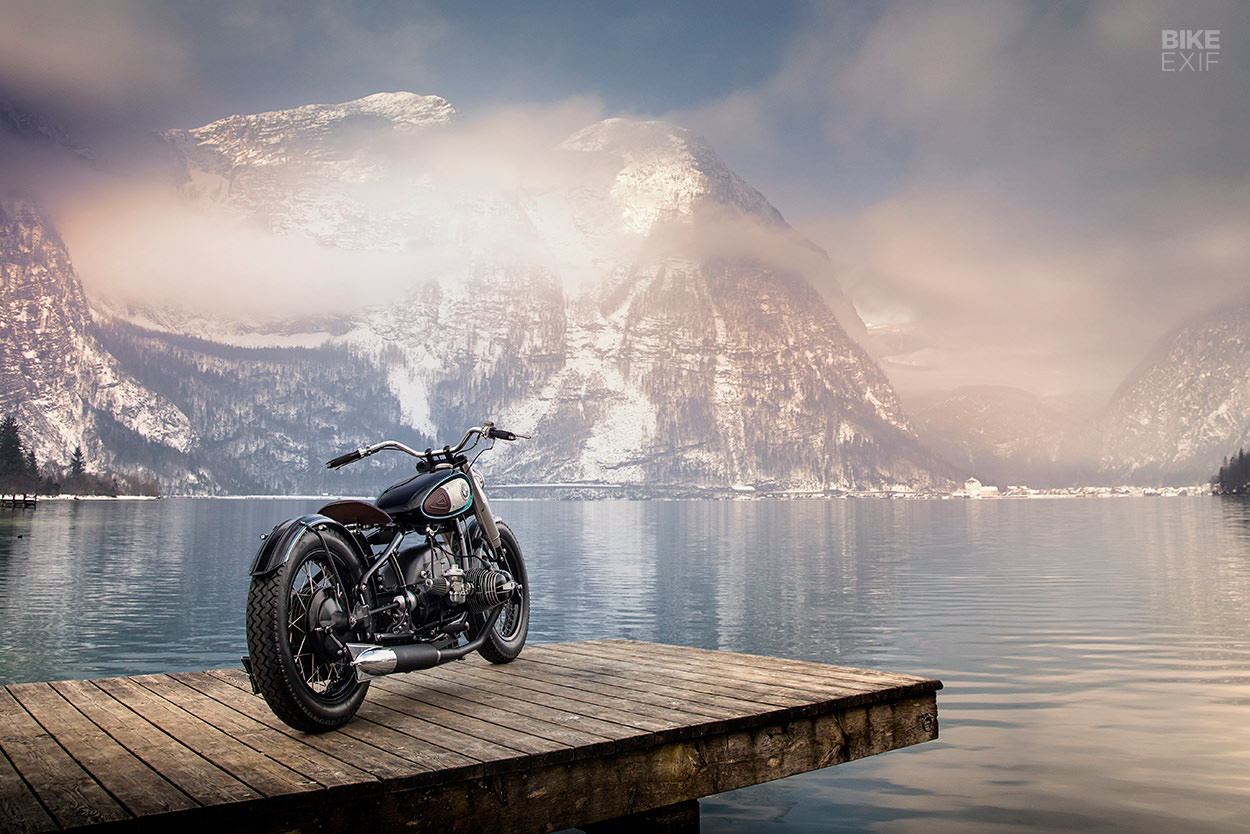 We’re not sure if it makes us want to shoot more photos, get out and ride, get the wrenches spinning, or simply stare in awe. 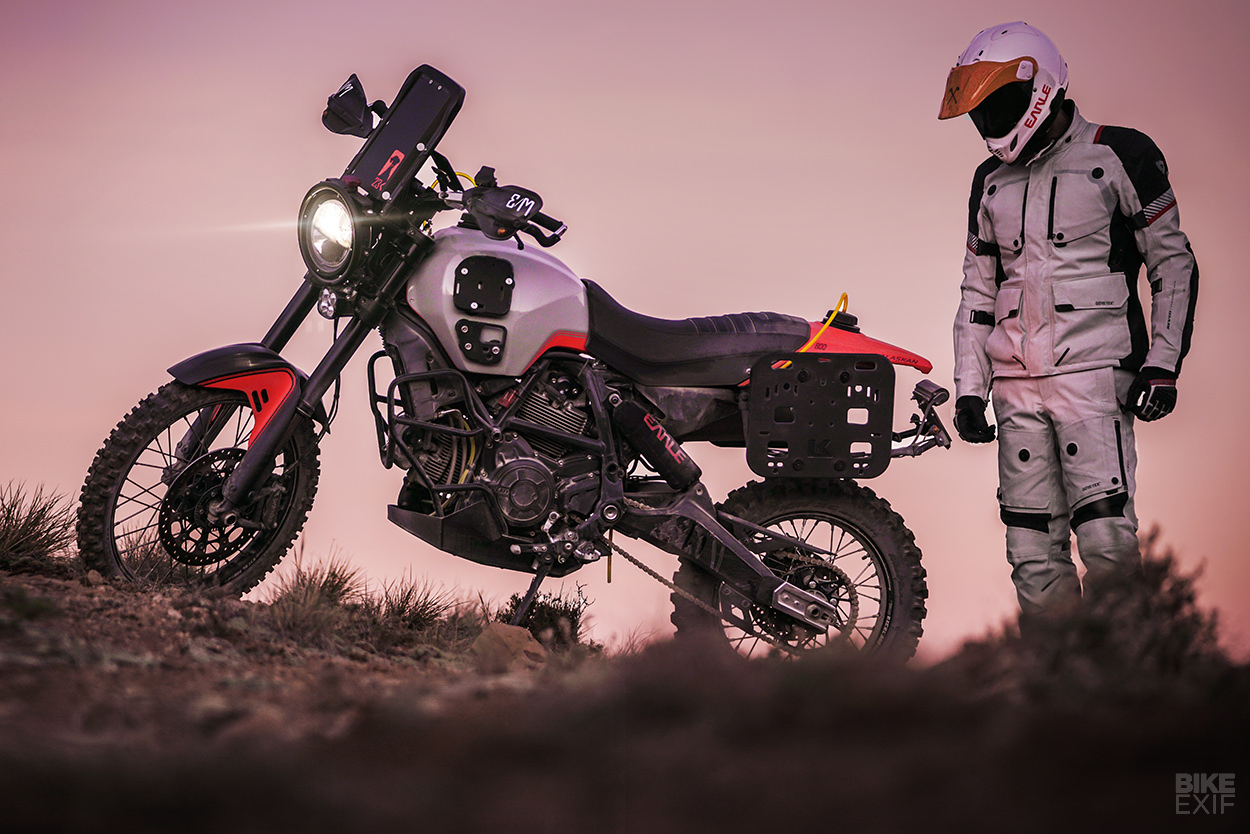 Earle Motors Ducati Alaskan by Chris Thoms There’s something inherently beautiful about a machine that was designed and built for a purpose—especially when someone who understands that beauty is behind the lens of the camera, and is willing to go to the ends of the earth to capture it. That’s just what Christopher Thoms has done in this photoset of Alex Earle’s Alaskan ADV build. 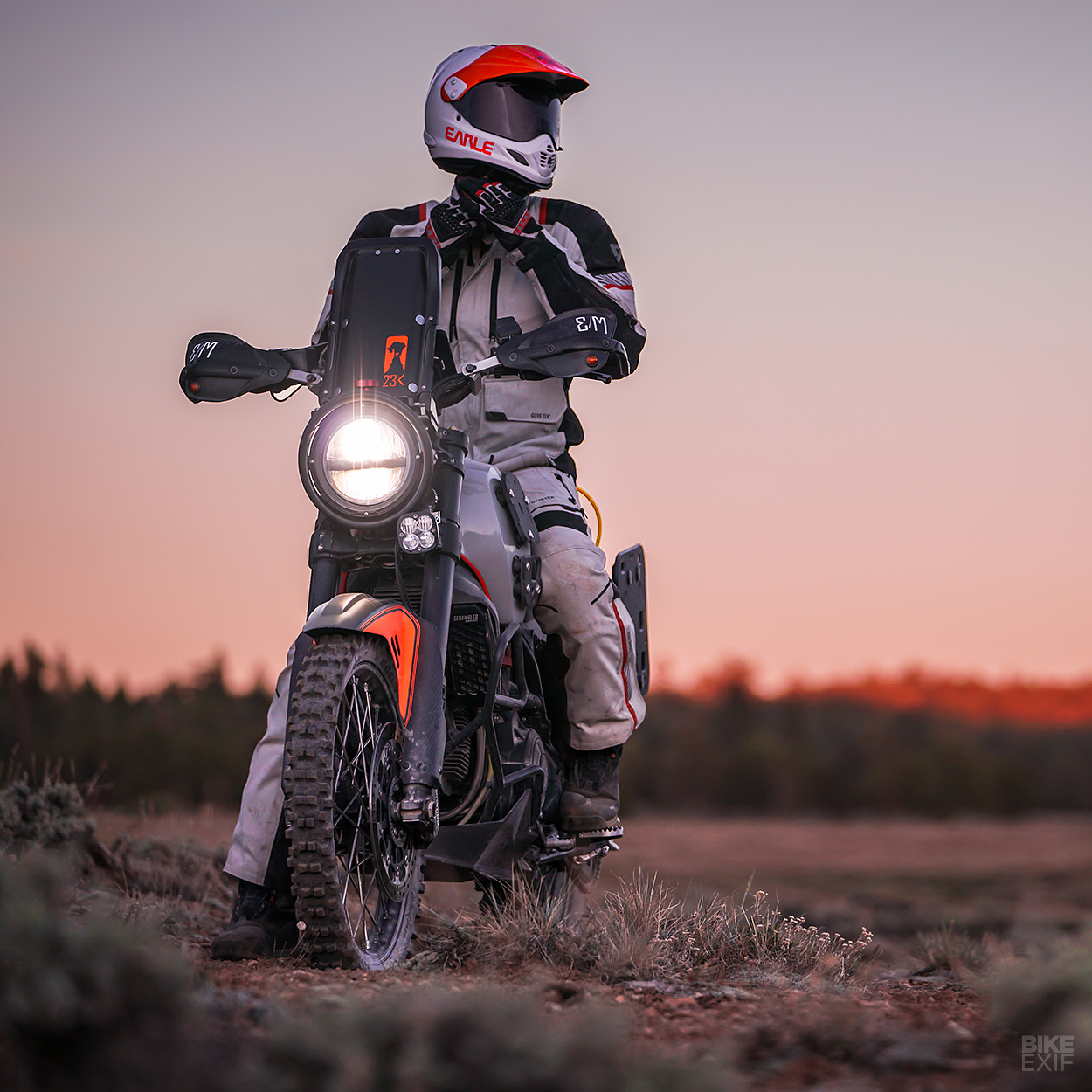 Alex and Chris ventured into the Alaskan wilderness to test the timbre of the redesigned Ducati Scrambler—and themselves—and returned with these stunning, otherworldly images. 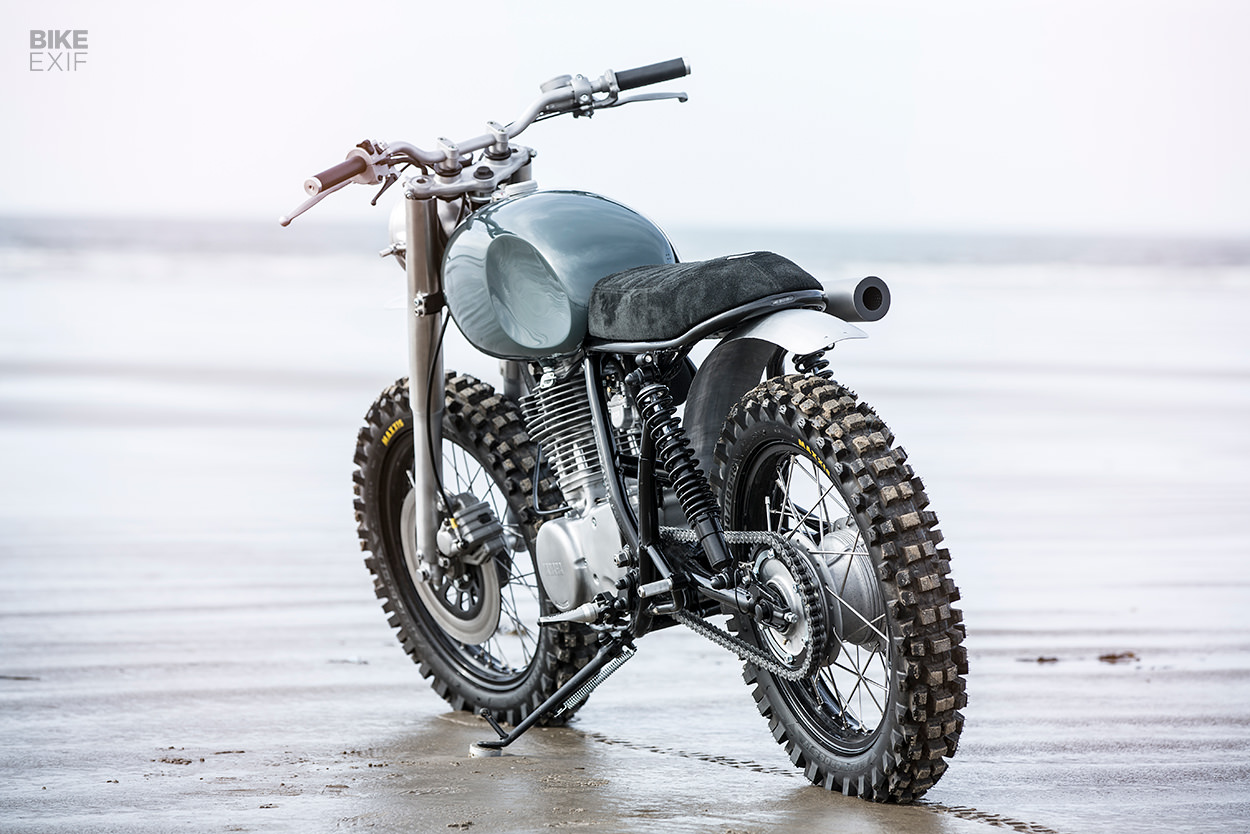 The sunny, beach-going vibe of the photoset is the perfect backdrop for this lust-inspiring build. Because often, getting a great photo means getting out of the way of the subject, and giving just enough subtle context. The beach is synonymous with carefree and fun, and this beautiful little scrambler is your ticket there. The adept hands at Auto Fabrica know just how to communicate that. 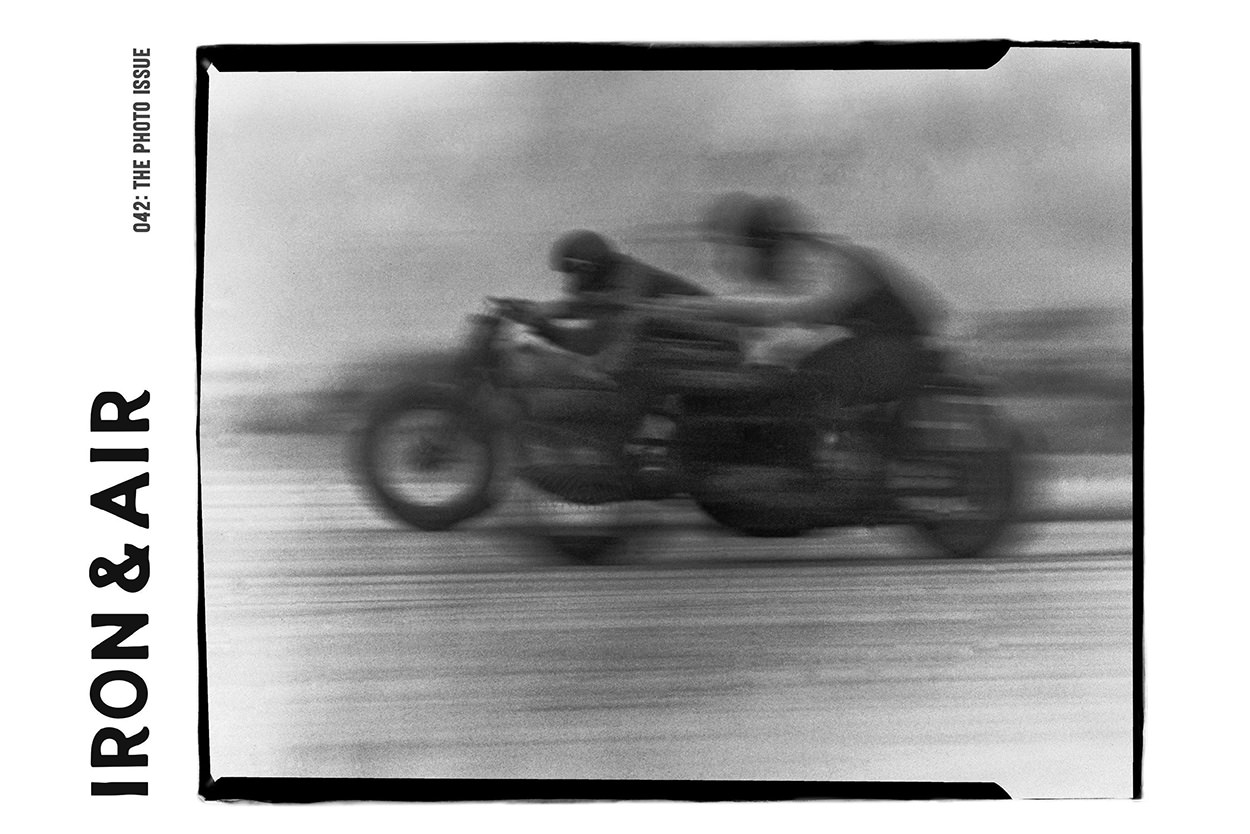