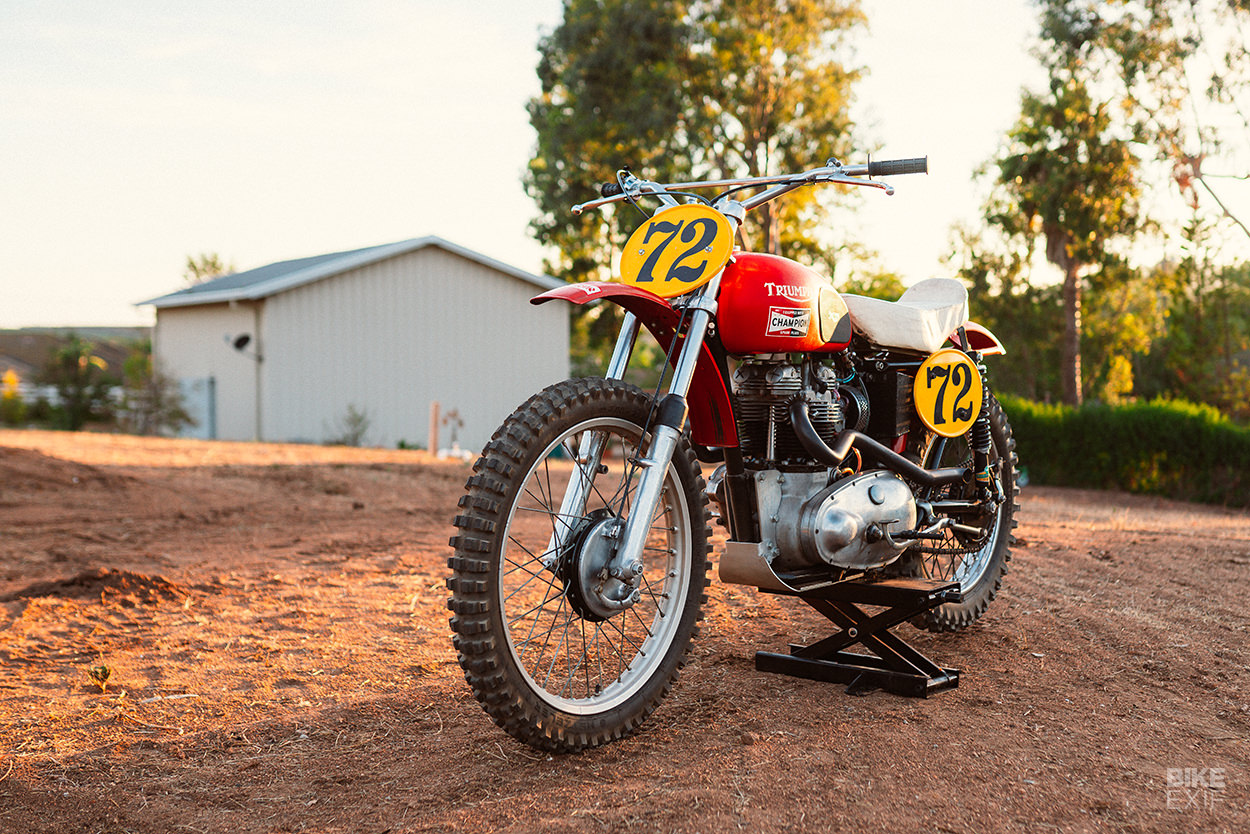 Is there any motorcycle genre more evocative than the ‘desert sled’? The very name conjures up images of blasting across the sandy shrublands of Baja. ‘Dual sport’ or ‘enduro’ just doesn’t cut it.

For Brit bike fans, the heyday of the desert sled was from the mid 50s to the early 70s. Triumph twins ruled the proverbial roost, taking over from stripped down Harleys and Indians—before Huskies and Yamahas became the weapons of choice for the high plains and dunes of the western United States. 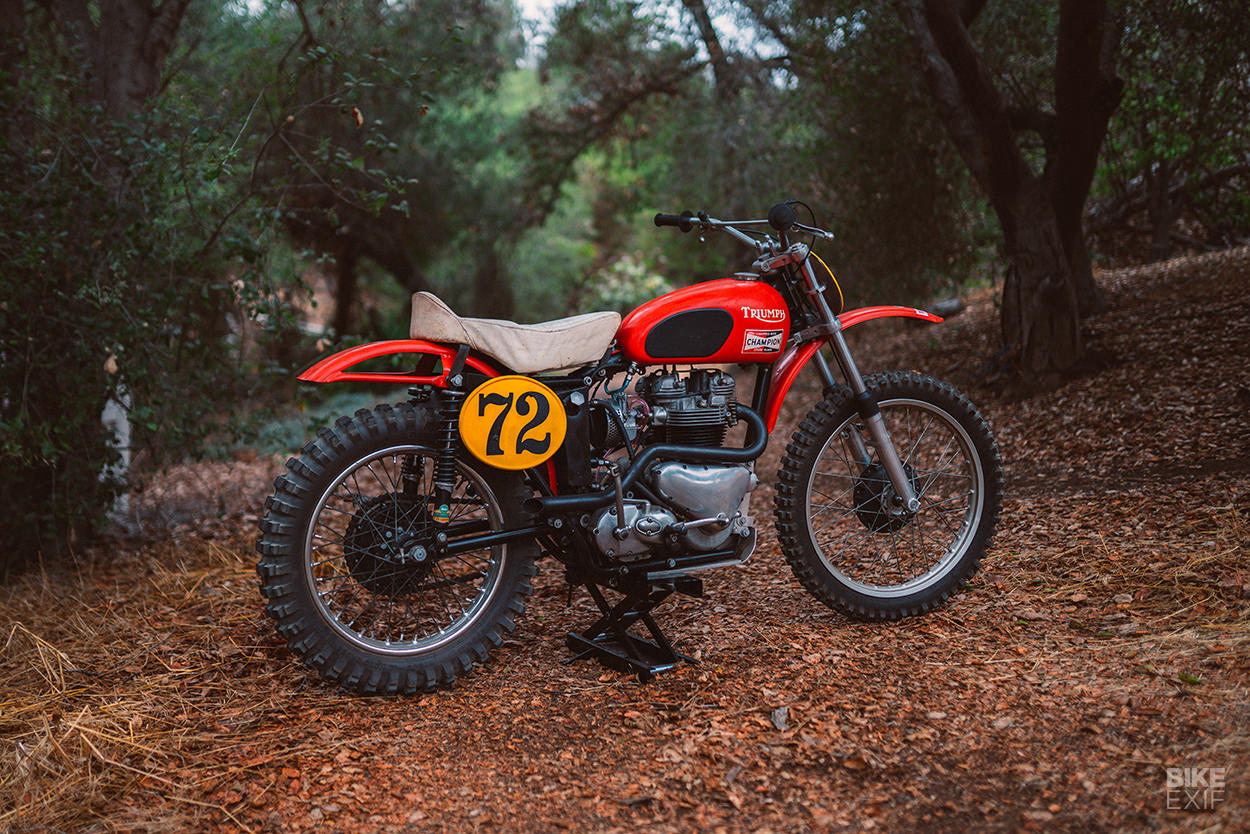 This Triumph TR6 captures the vibes of those good times just perfectly. It’s mostly period correct, but a few well-judged mods elevate its performance beyond the norm for the air-cooled twin.

The builder is Paul Hartman, an art director for a skateboard manufacturer. But when he’s not designing decks, Paul is spannering on motorcycles. “Building bikes is a hobby for me,” he says. 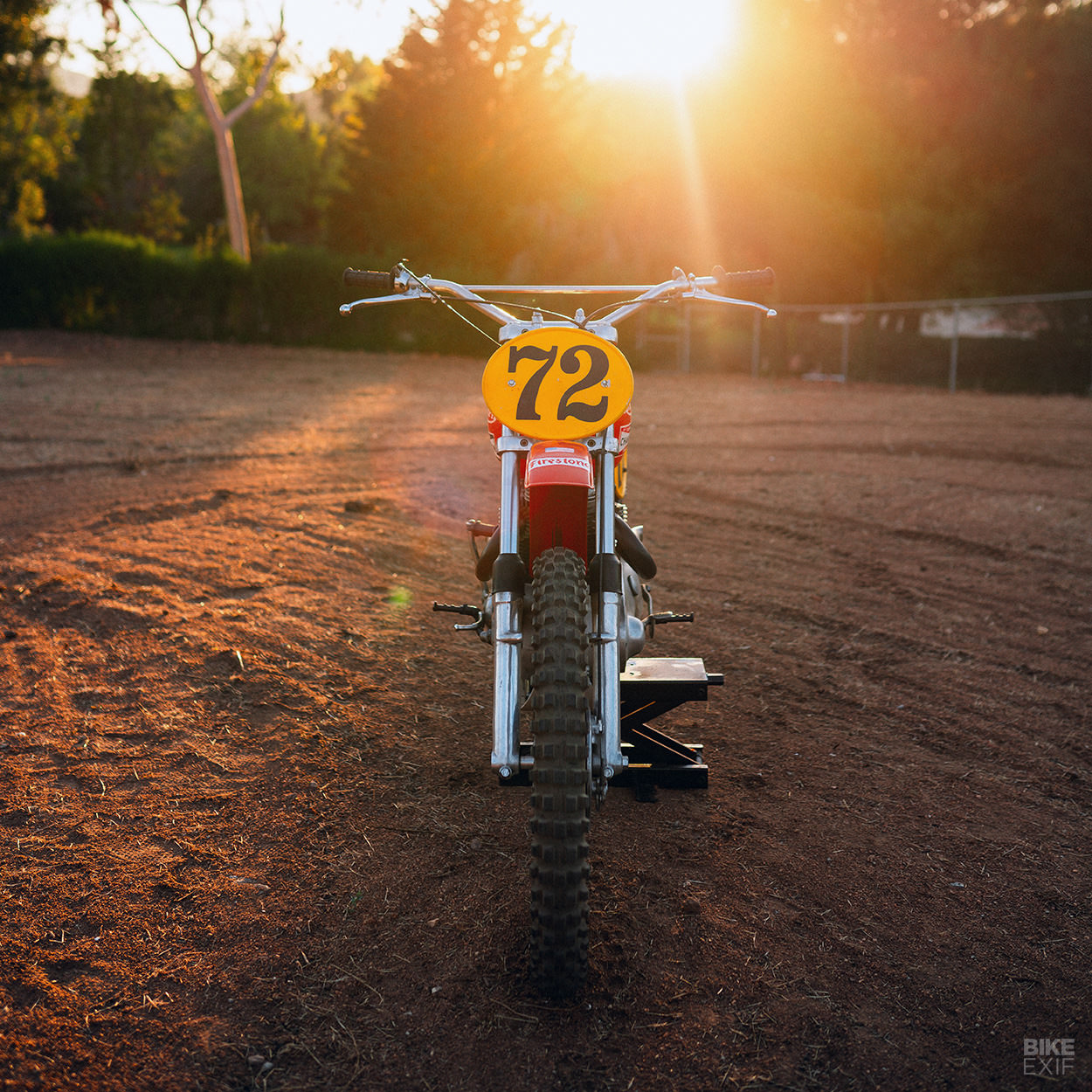 “I live in Bonsall, California and I’m lucky to have a nice workshop at my house. I spend my down time restoring or building bikes—mostly vintage racing stuff.” 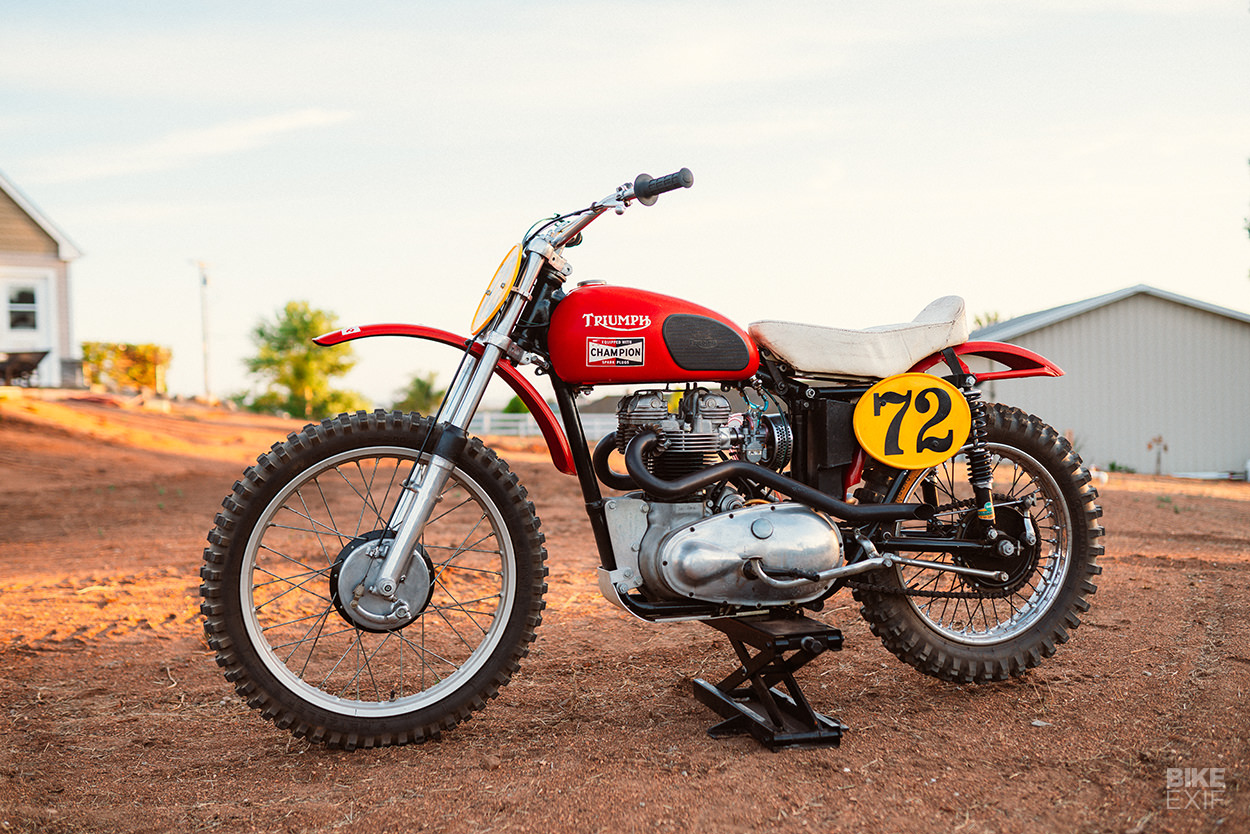 “It’s a 1959 Triumph TR6,” Paul reveals. “In the 50s and 60s Triumph dominated the deserts and the ‘dirt bike’ scene, but around the mid 60s Husqvarna started coming into the mix.”

“Long story short: I’ve always loved the Husqvarna Cross bike—like the one Steve McQueen and Malcolm Smith rode in On Any Sunday. It’s such a cool bike, but I’m a Triumph desert sled guy. So I wanted to make my own personal version of that bike, on the Triumph platform.” 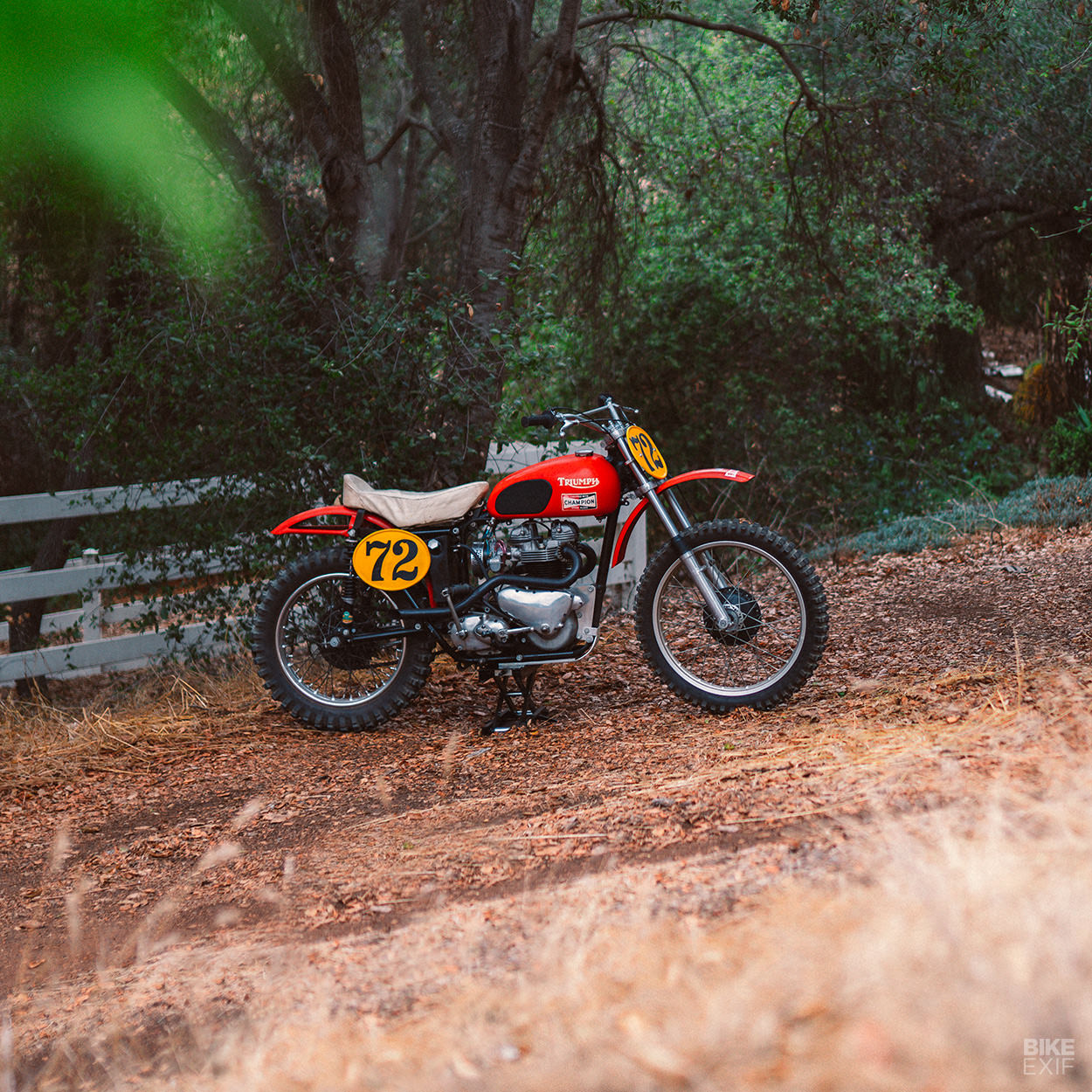 Paul picked up the pre-unit donor bike from a collection in Northern California. “I got it along with a couple of other British bikes at an auction earlier this year. The bike was clean, and a nice candidate for the motocrosser I wanted to build.”

Paul has left the 649cc vertical twin in factory spec, aside from a few small Webco parts, but has given the fueling a major upgrade by fitting an Amal 930 series carb. Right above is a slim Triumph T120 tank of 1960s vintage, which will help with maneuverability on the loose stuff. 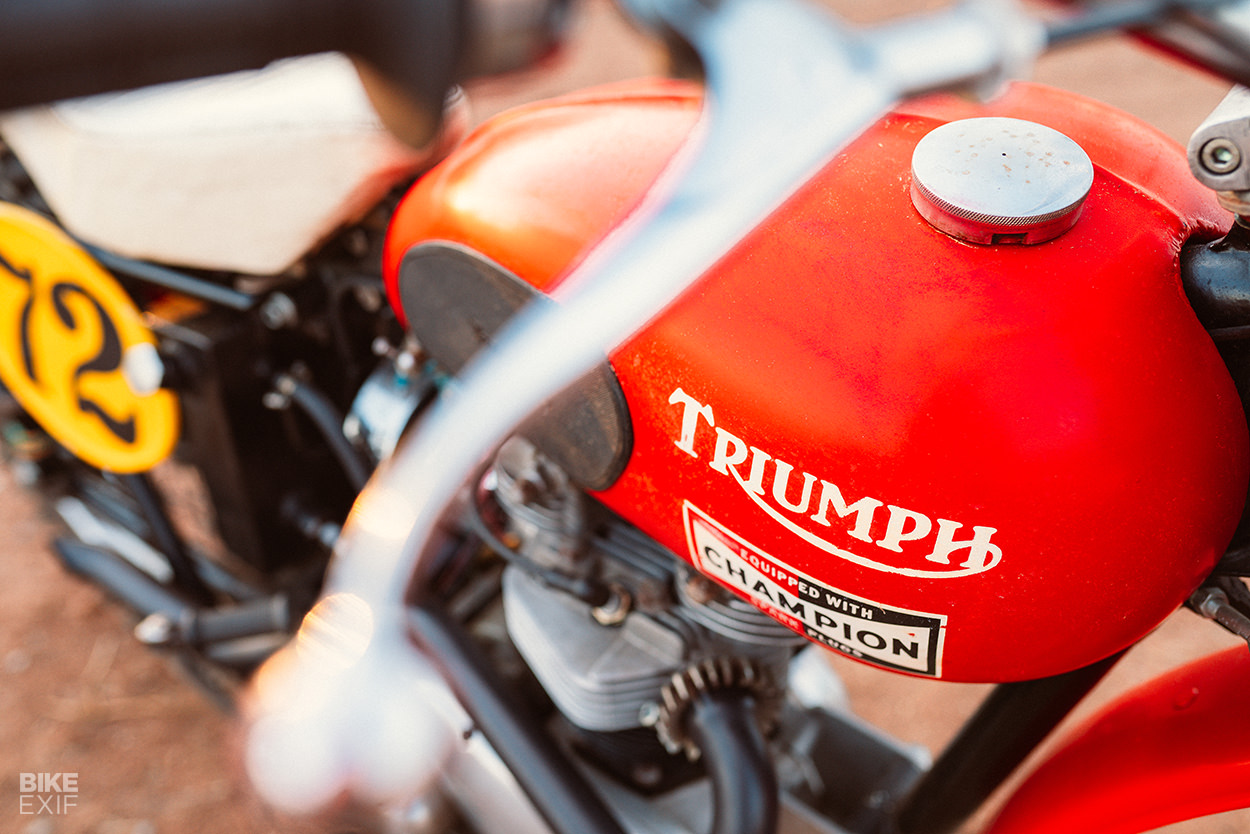 The seat doesn’t have the slick finish of modern custom upholstery, but it’s the real deal—an old Bates unit. “I got it at a swap meet in Texas, and it looked like new-old-stock.”

“These old desert seats are super hard to find and kind of fragile now, so you have to work some oil into them. And the white looks neat with the [Persian Orange] Allis-Chalmers tractor paint.” 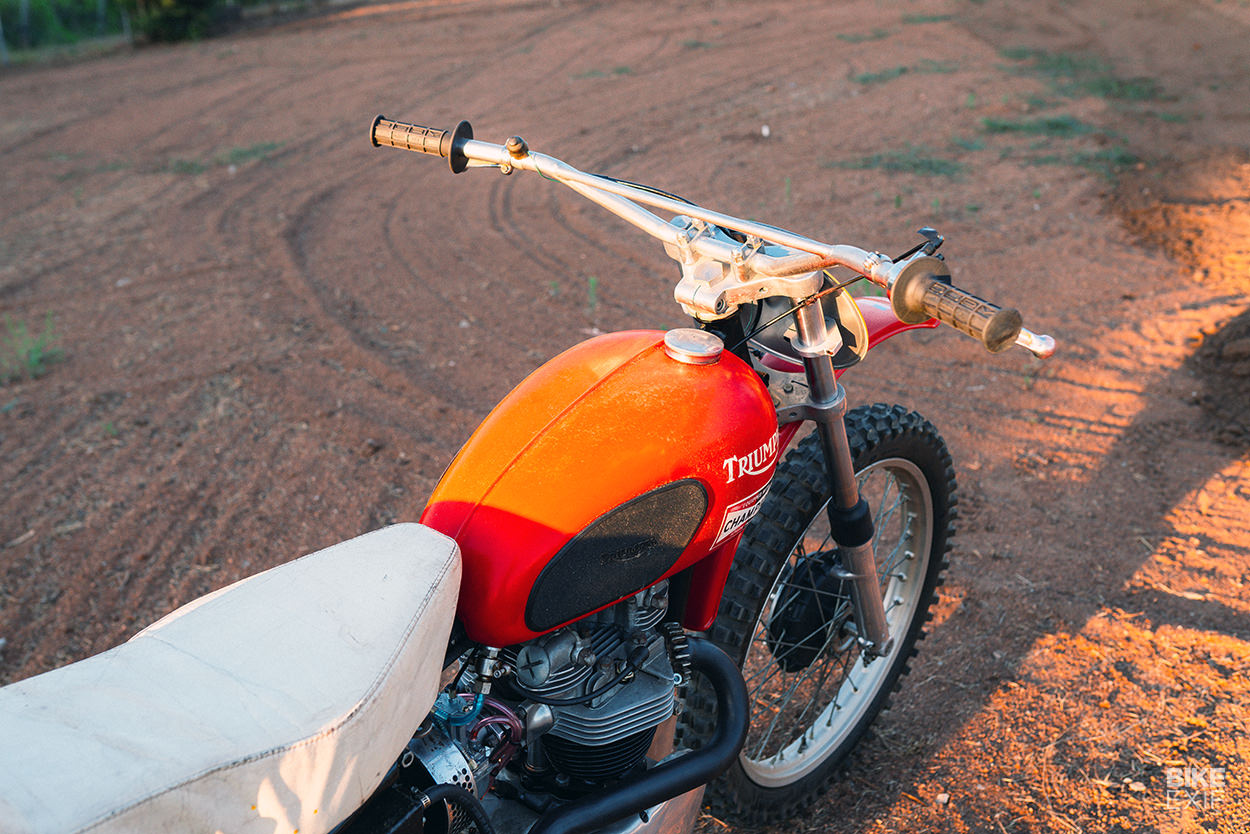 The front wheel is an early Husqvarna rim, and has gone up a couple of sizes to 21 inches, while the factory 18-inch rim stays at the back. The wheels are now shod with vintage Metzeler motocross tires.

The fenders are not standard: the front is a vintage aluminum motocross item of unknown provenance, and the rear fender is “a goofy homemade thing that came with the bike when I got it.” 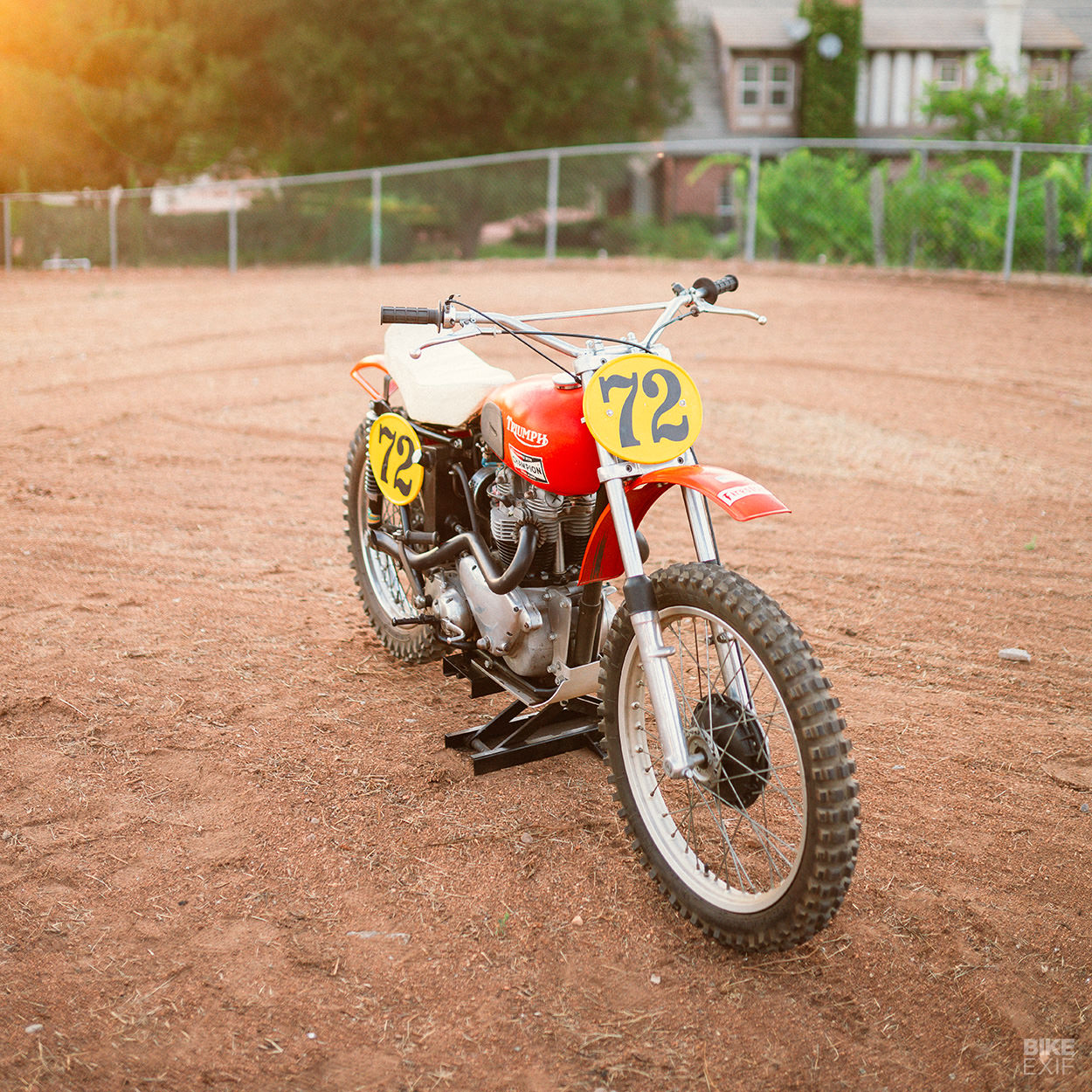 The biggest upgrade is the suspension. The TR6 was always a good handling machine, aided by its 365 lb dry weight, but Paul has taken it to the next level with 14-inch Ikon rear shocks and Betor forks. “They’re made in Spain, and could be from a Bultaco—or a variety of early motocross bikes.”

After applying the paint and installing a set of wide vintage motocross bars—plus aluminum number panels on the side—Paul is ready to race his sled. “I plan to bring this out for the Hell On Wheels races,” he says. “This bike really boogies, and the suspension is the best I’ve ever felt on a Triumph.” 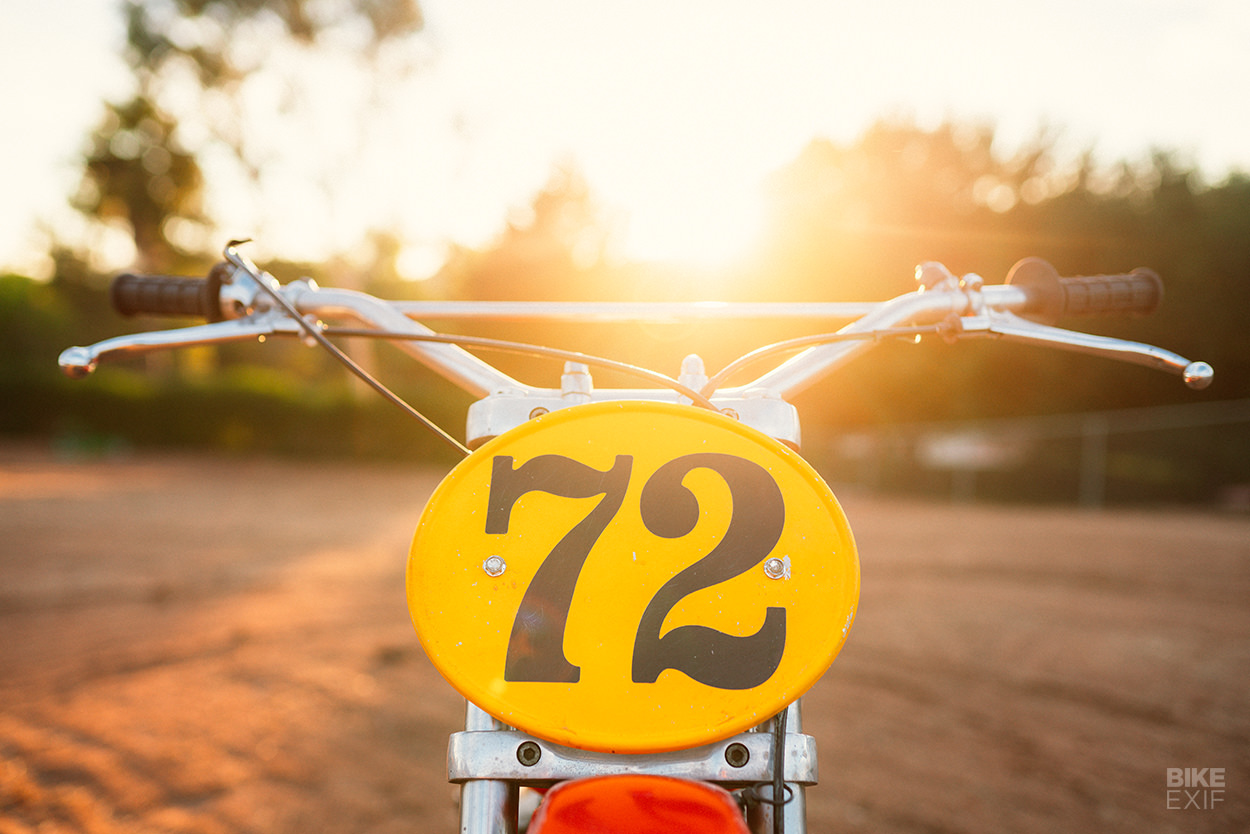 If you live on the west coast of the USA, you’ll also be able to see Paul’s bike on display at the Born Free show later this month.

But really…wouldn’t you rather be sitting astride this thing and blasting it down the beaches and sandy backroads of Baja California? 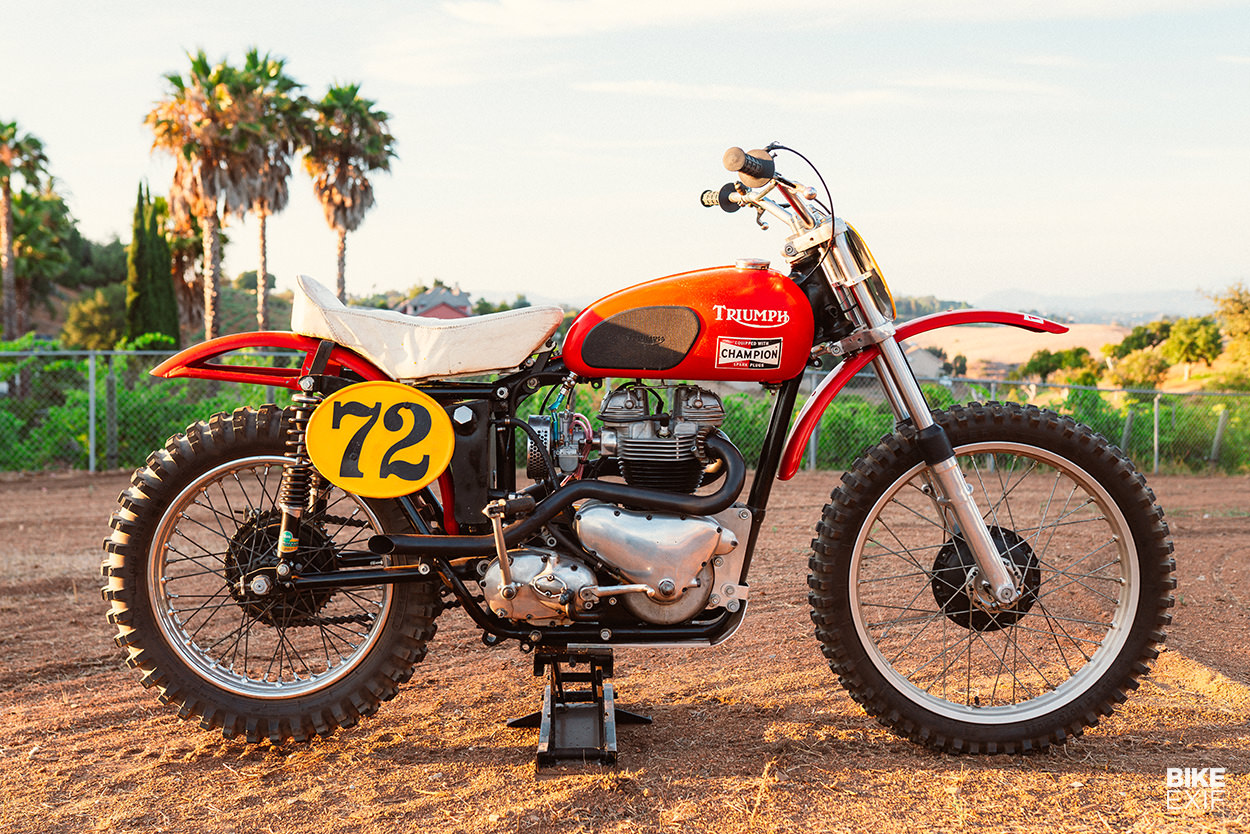