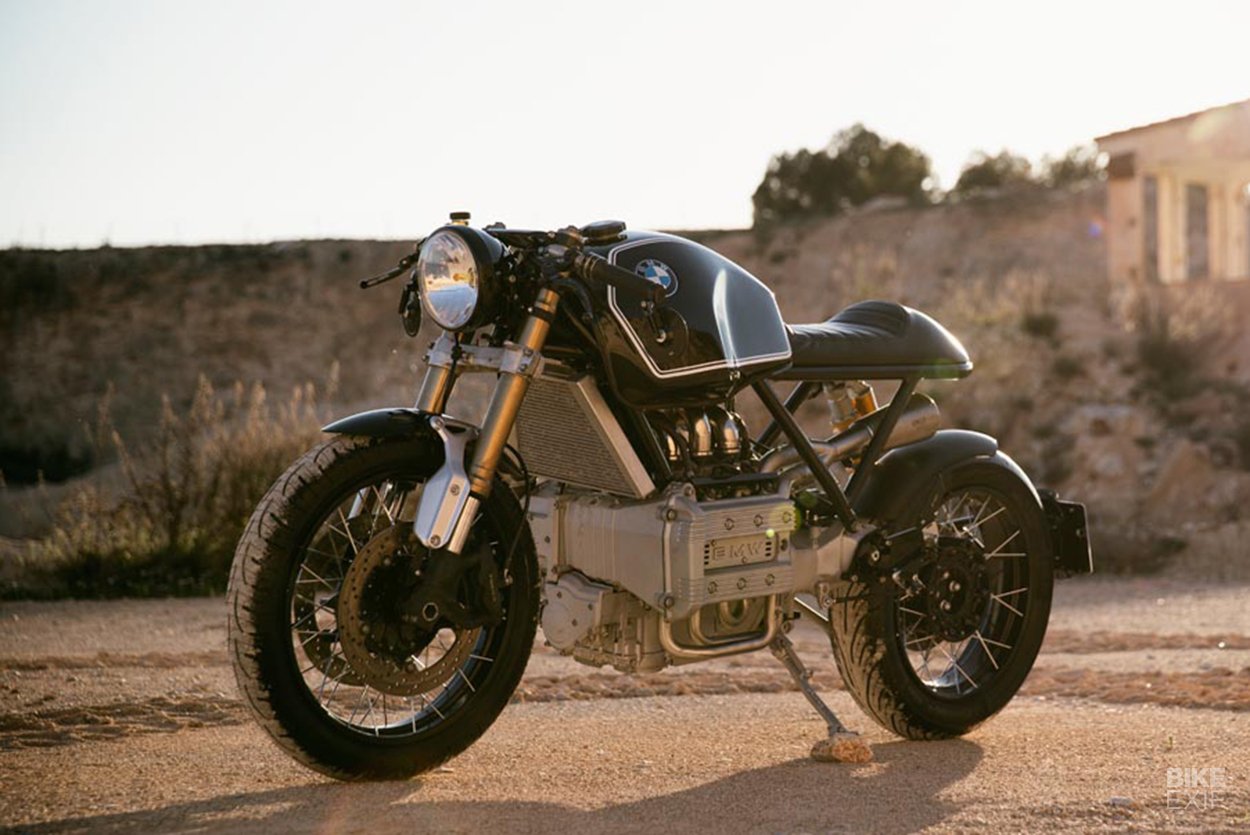 You never know what to expect from TooHard Motor Co. A few months ago, the Spanish garage wowed us with a stunning Gixxer restomod; before that, we saw a Triumph Trophy bobber and an R9T café racer.

This time, they’ve turned up with a K75 that looks nothing like the machine BMW launched in the mid 80s. But after checking out the spec sheet, this build will certainly handle much, much better. 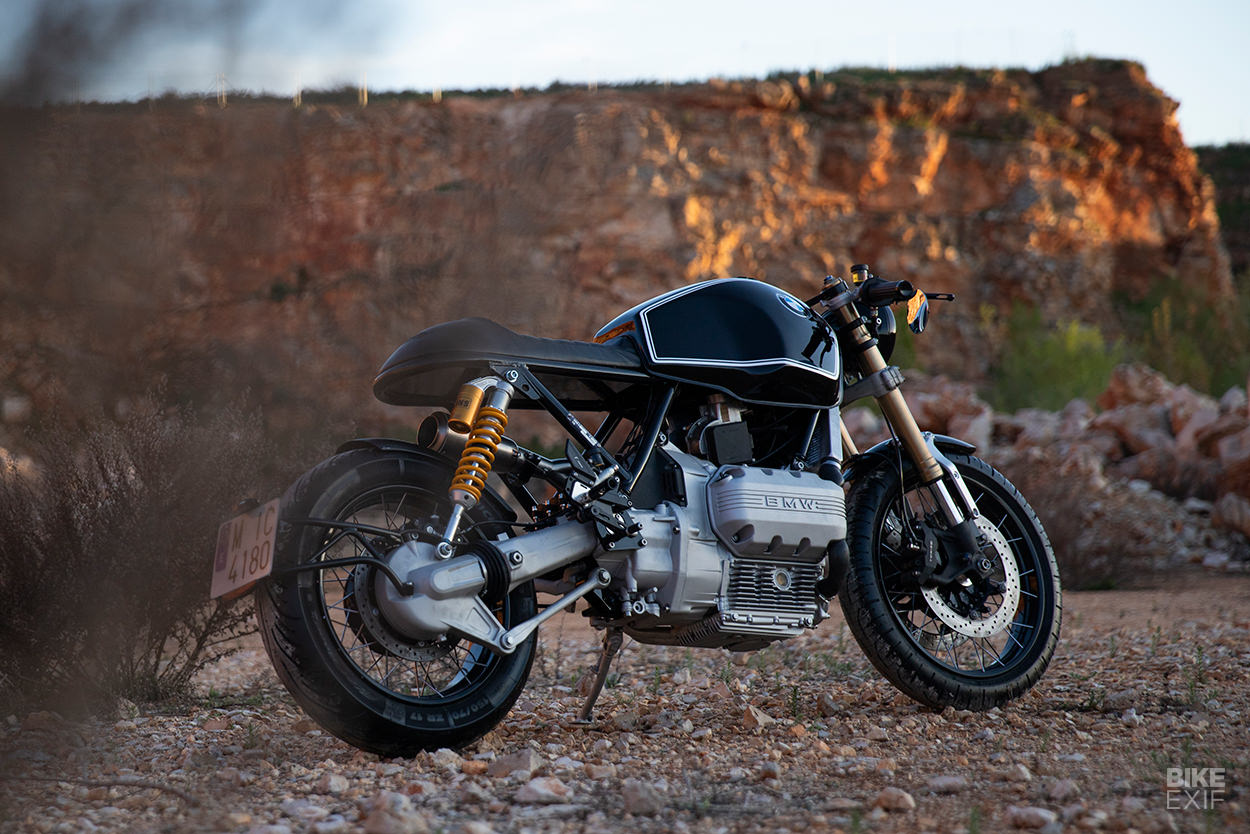 The K75 series was a mainstay of the BMW range for just over ten years. With a three-cylinder engine, Bosch fuel injection and 75 horsepower on tap, it was a pretty good middleweight bike—but it never really took off in Germany.

Spain was one of the biggest markets for the K75, and there are plenty of secondhand examples around the Iberian peninsula. 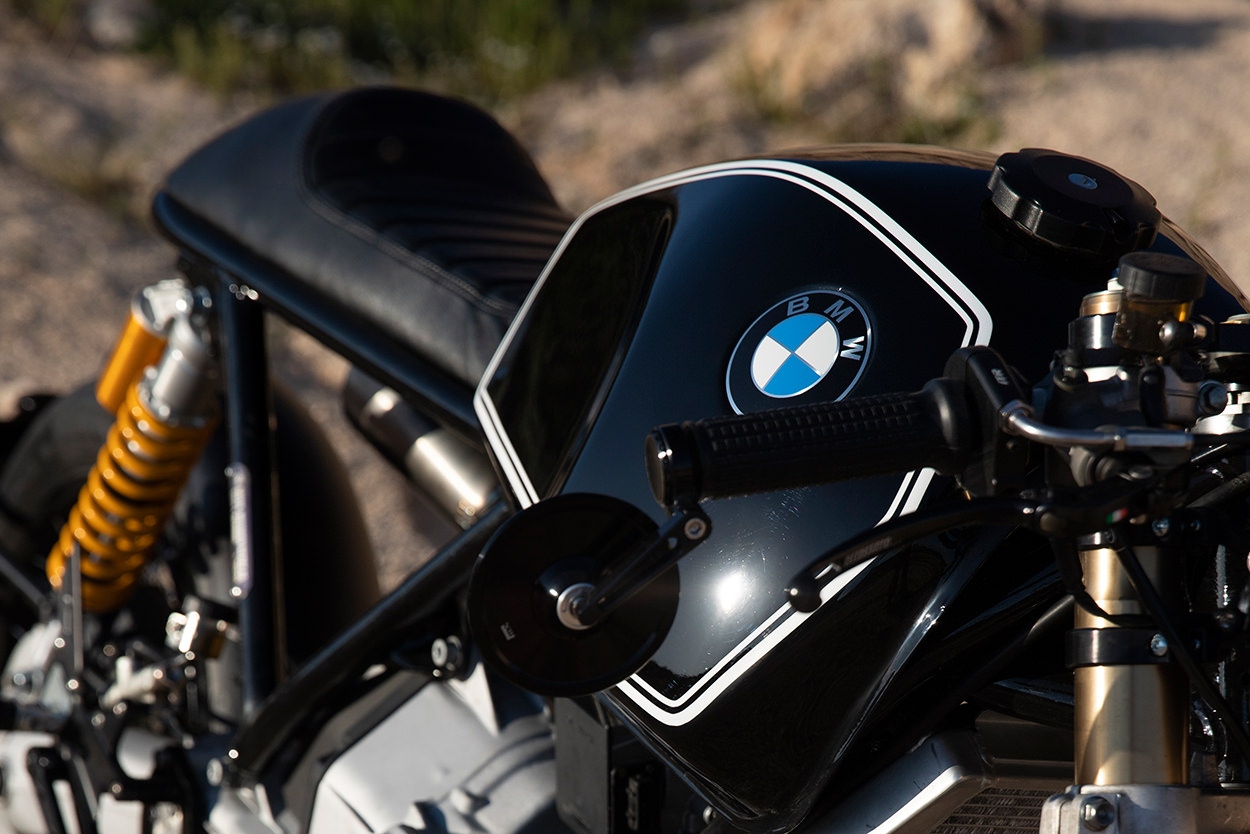 The most obvious mod that builders Jose and Bea have made is the tank: the bulbous, oddly-shaped stock item has been switched out for a classic R80GS unit, which had to be modified internally to get it to fit.

The real engineering is in the suspension department, though. TooHard have installed GSX-R forks, with a custom-designed and CNC-machined top yoke to hold everything together. 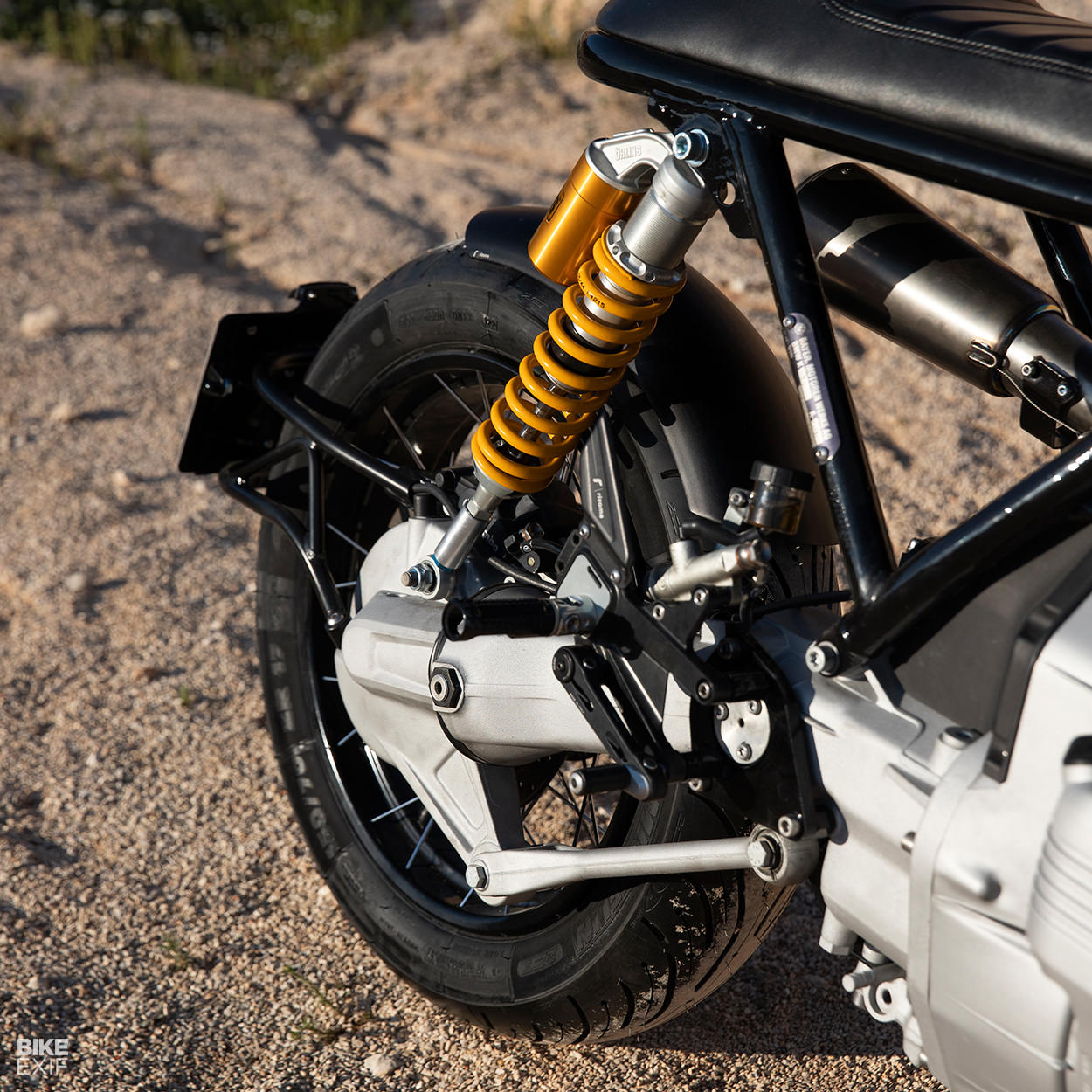 At the back, the swingarm, shaft drive and linkages from a K1100 have been cleverly grafted on. It’s a much beefier and more sophisticated setup, with a new Öhlins shock providing much-improved damping. 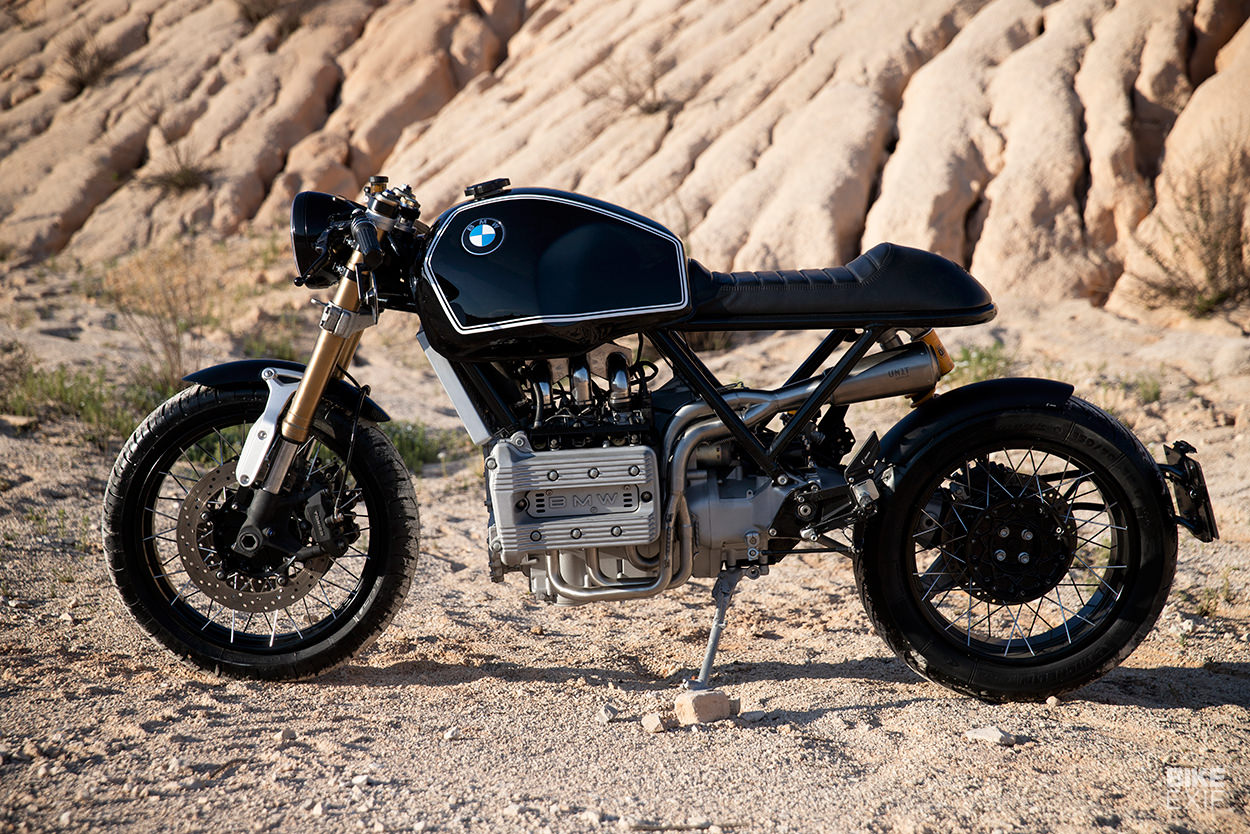 Practicalista types will be glad to spot the fenders. The front unit is adapted from an R nineT, and the rear is a modified Rizoma item secured with a handmade bracket.

The brake system is another effective amalgam of parts, this time with GSX-R calipers at the front and a R1150GS setup at the back, carried over with the wheel. An Accossato cylinder sits on the bars; the high-end Italian company also supplied the new clutch cylinder. 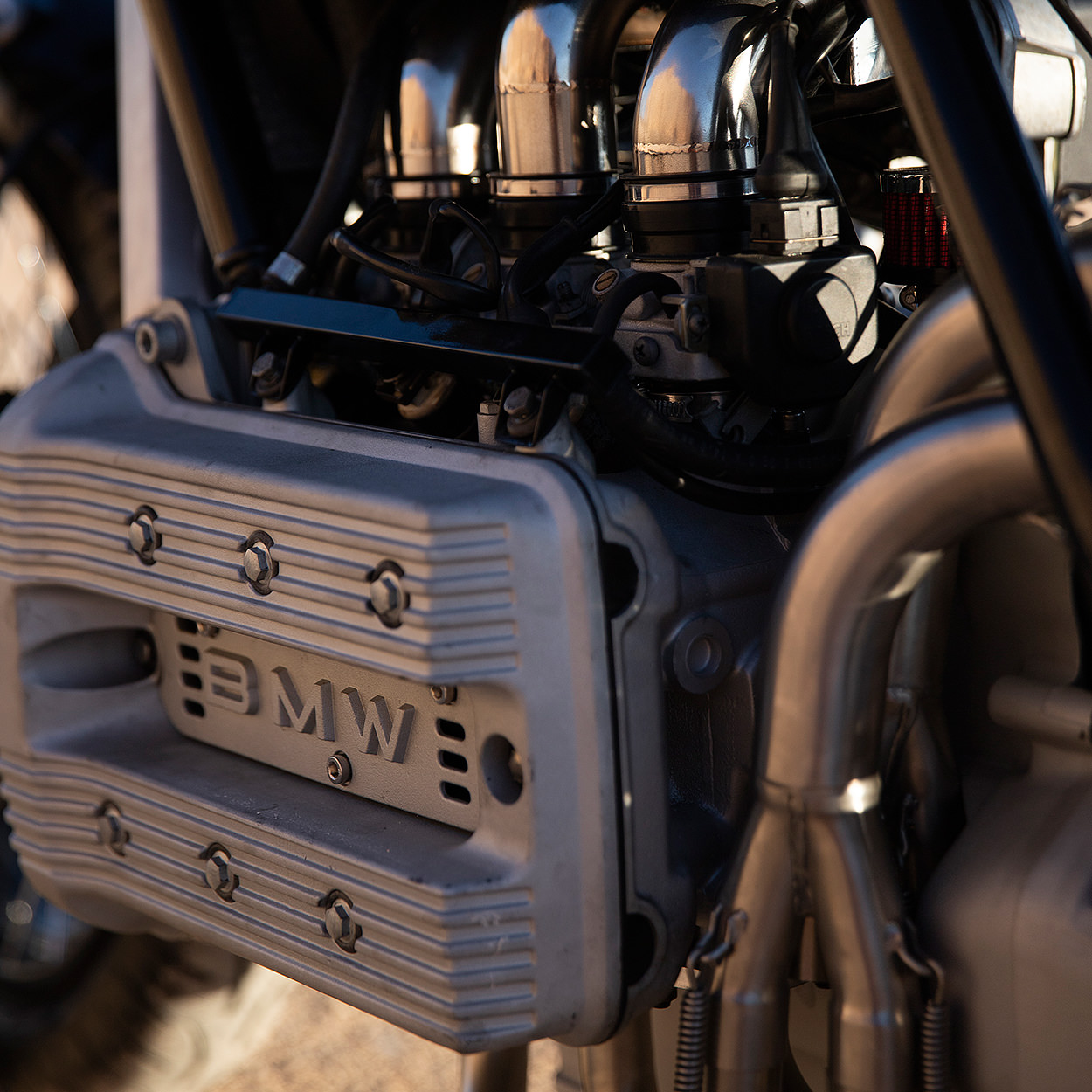 The K75 engine is grunty, and required no heavy duty tuning. But TooHard have tweaked the breathing with a modified air box (and mods to the air flow meter to match), plus a handmade exhaust system from Unit Garage with a titanium muffler.

The cooling system is often a weak point on a bike that is three decades old, so TooHard have also installed a new radiator and refreshed the coolant plumbing. 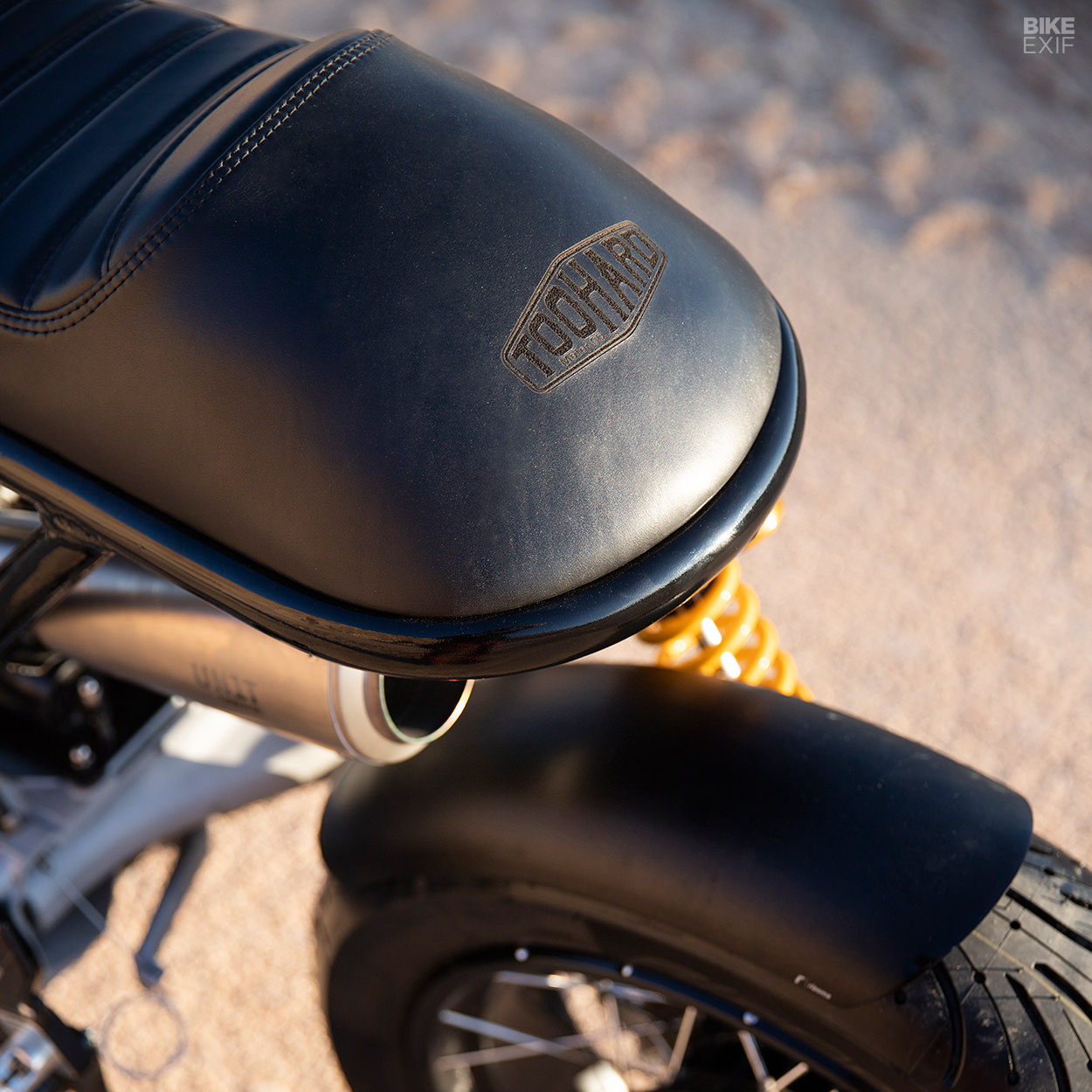 The grinder came out for the subframe, to correct the massive overhang of the stock bike. Sitting atop is a simple seat unit with a café hump, upholstered in black leather with tuck and roll stitching.

The rest of the heavy lifting is hidden. The K75 has been rewired with a simplified loom and a full suite of Motogadget goodies. An mo.unit control box is the hub, a Mini speedo is flushed into the headlight bowl, and the turn signals are discreet LED units all round. 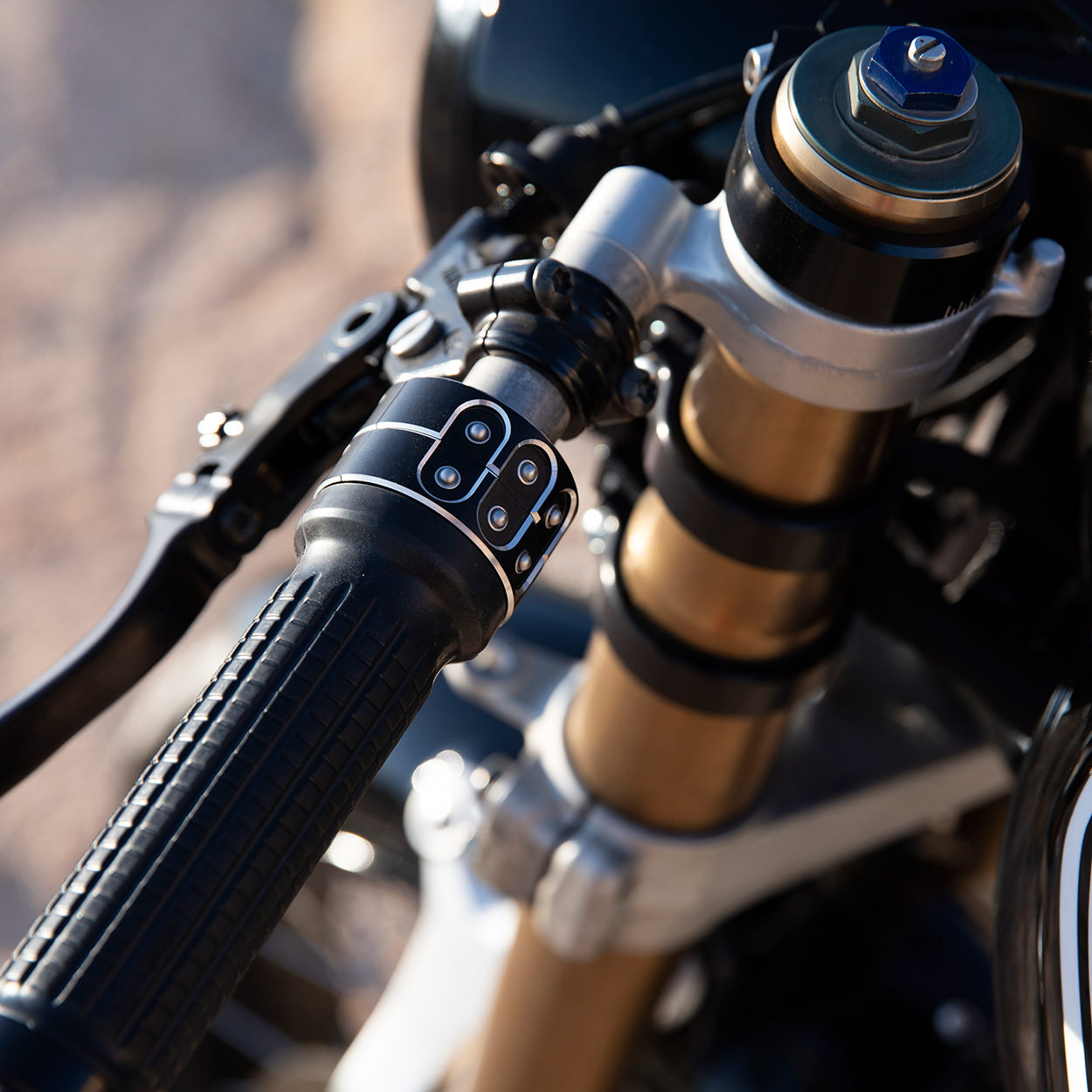 The clip-on bars are graced with slick mo.switches, glassless aluminum mirrors, and new grips. And there’s keyless starting via a digital ignition lock—an innovation that would have been unheard of when this K75 left the factory in Berlin.

As always with builds like this, there’s an argument for leaving the original bike unmolested. But given the choice between this whip and a stock K75 in the garage, we know which one we’d rather ride. 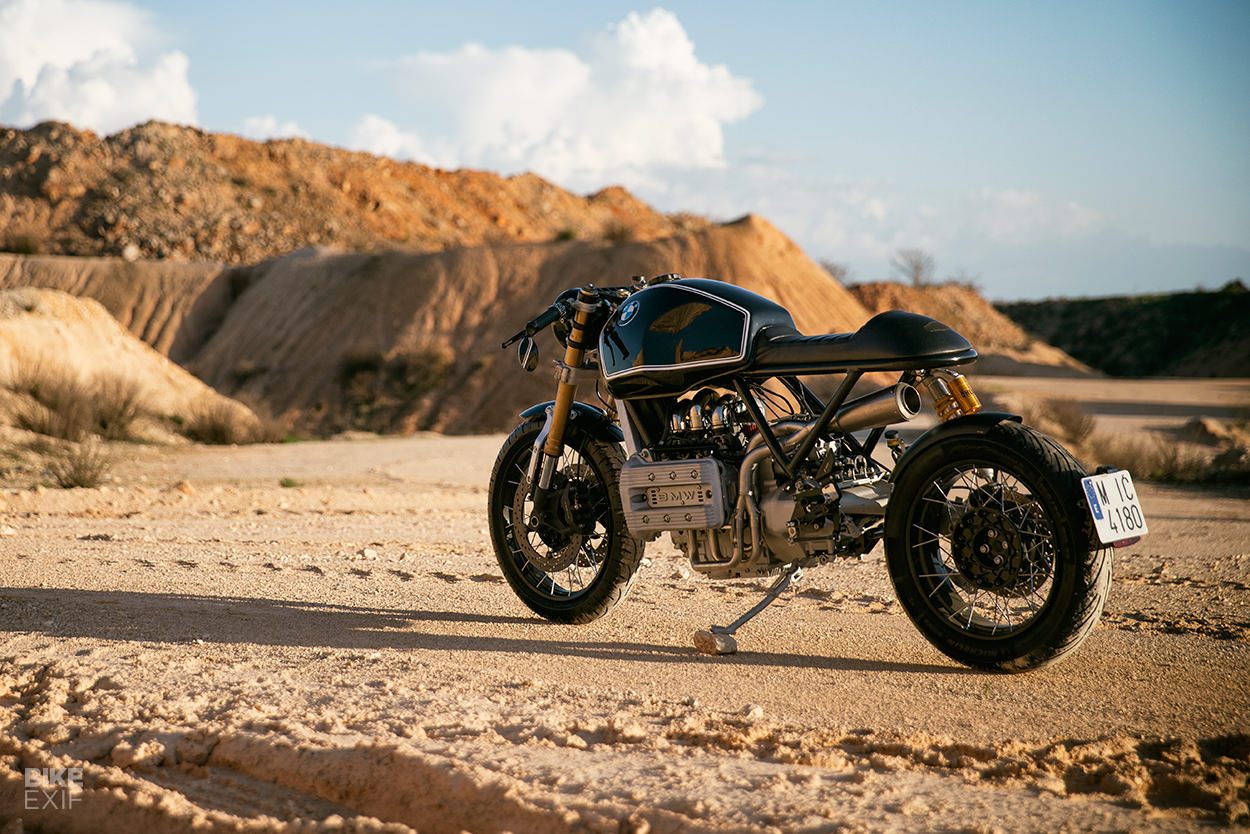