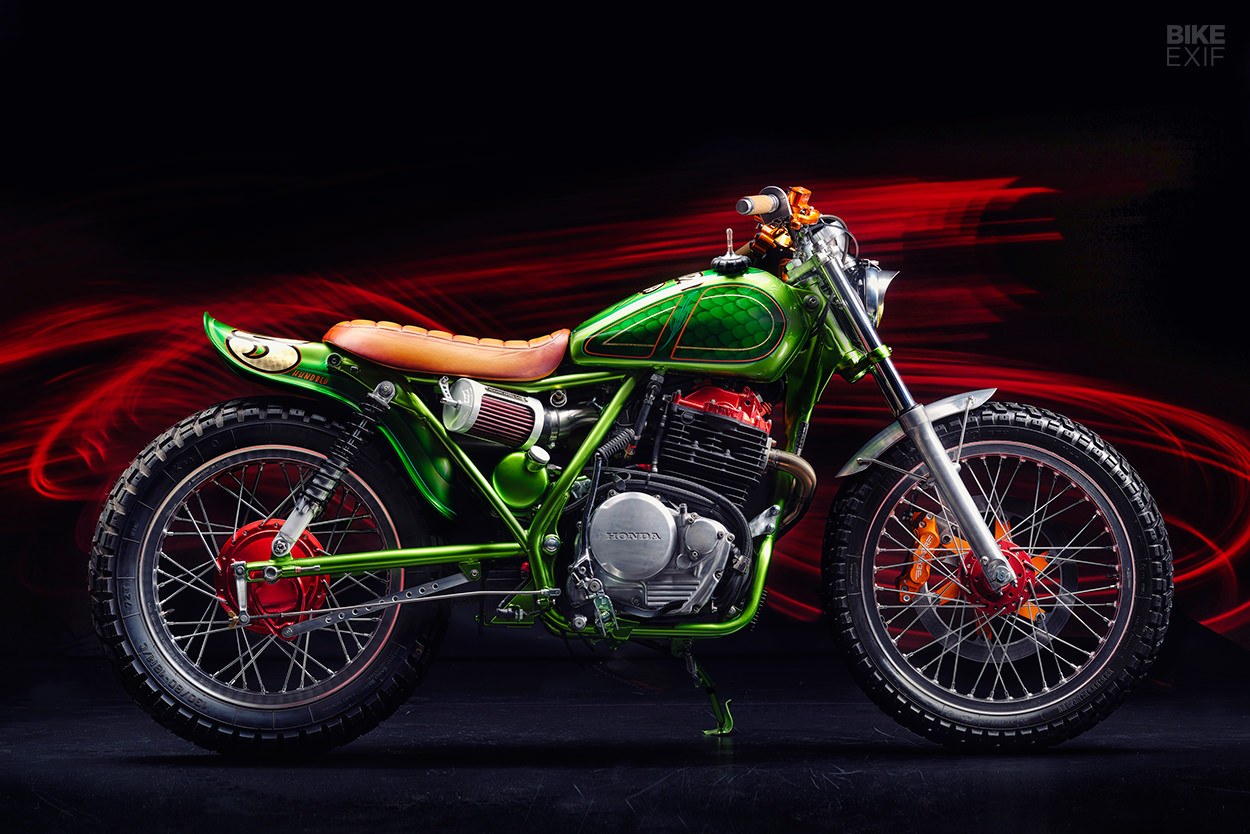 Estonia is one of the smallest countries in Europe, with a population of just 1.3 million people—about the same as the city of Dallas. But it’s home to one of Europe’s top custom houses, Renard Speed Shop.

Shop boss Andres Uibomäe is an eclectic at heart, chasing quality and style rather than a signature ‘look.’ And his brilliant Honda XBR500 looks like nothing else we’ve seen: a mashup of trad custom paint, modern components and quirky styling flourishes. 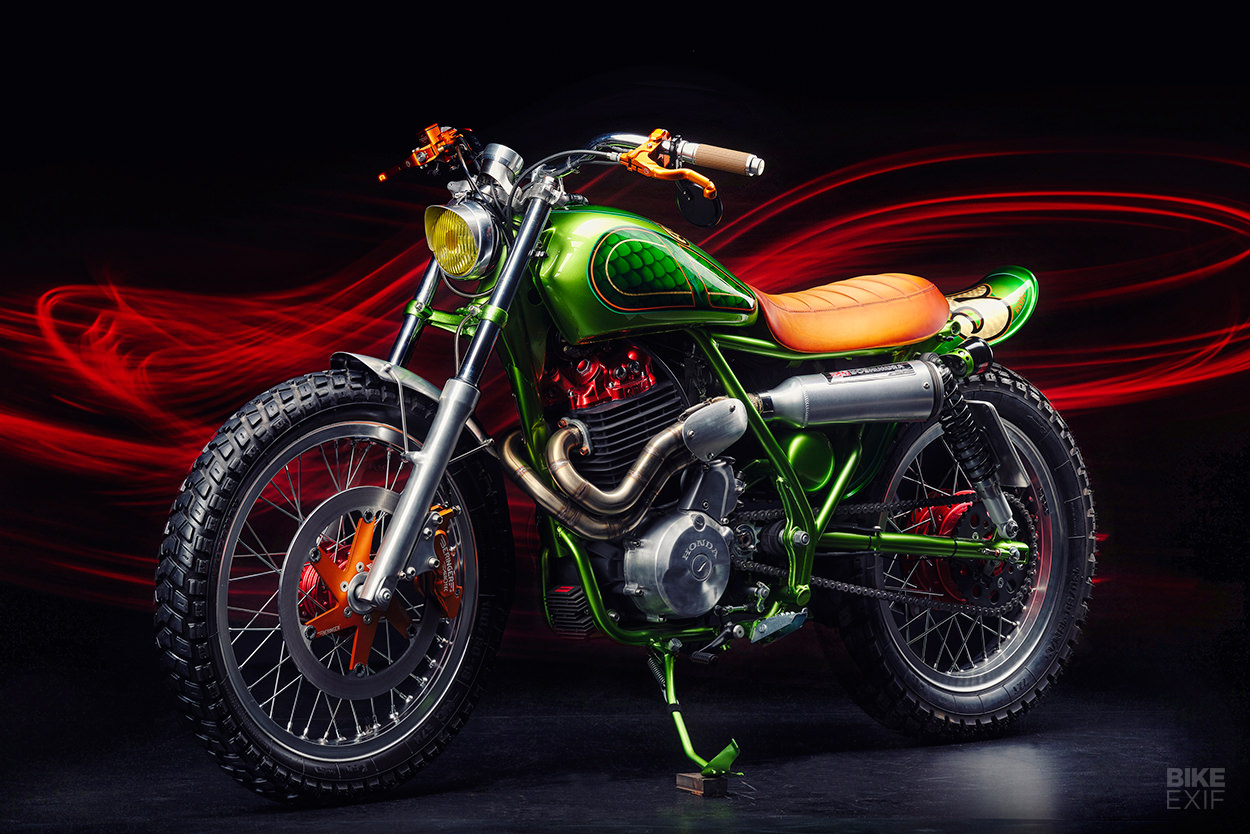 Even the name is unusual. Andres has called his latest creation Anaconda, a rhyme inspired by Rhonda The Honda—the name adventurer Steph Jeavons gave to the bike she used for her seven-continent, global circumnavigation.

Renard bikes get a great reception on these pages, and that has spurred Andres to be brave. “Good feedback on Bike EXIF has prompted us to create something totally different this time,” he says. 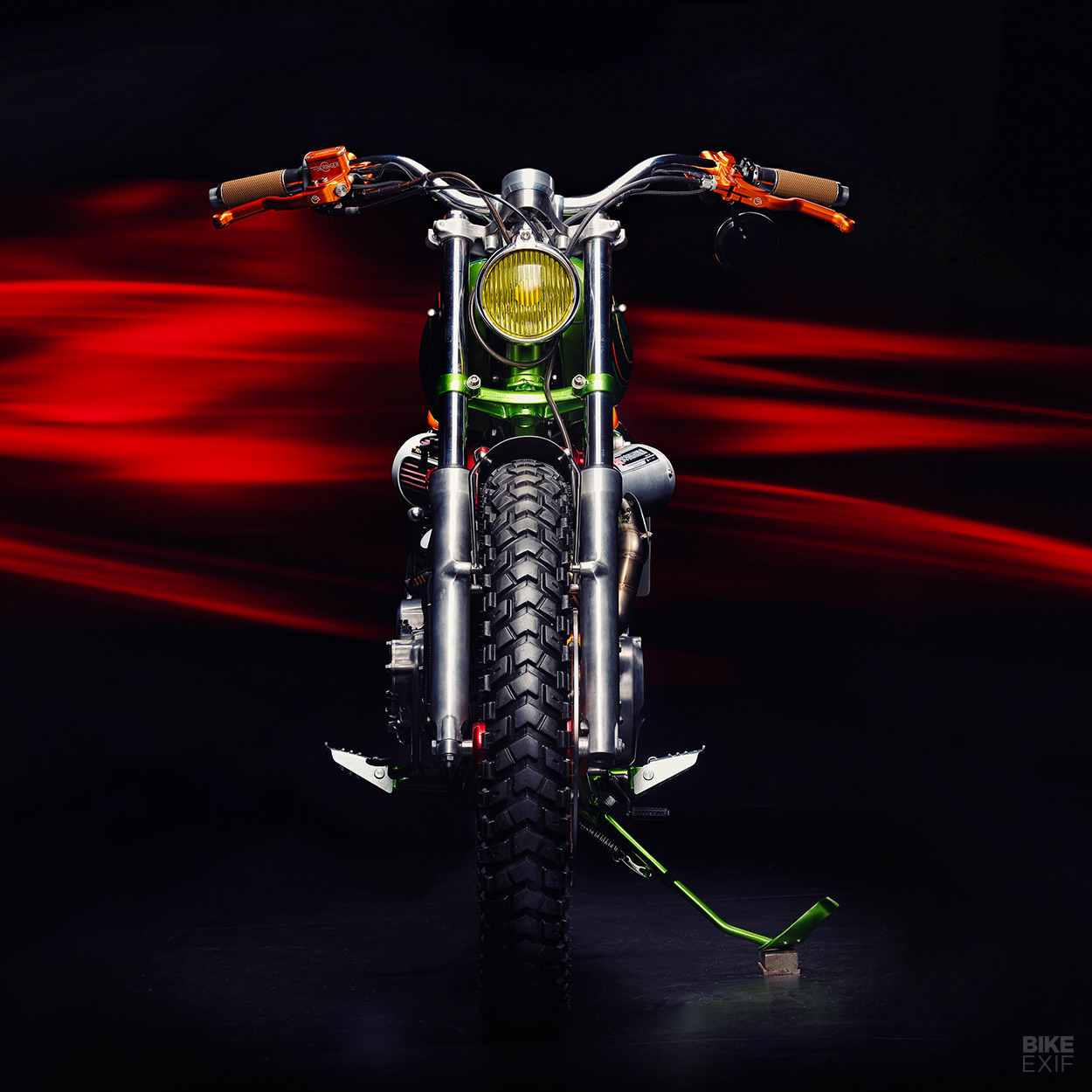 “Something colorful, something playful and original. This build is a composite of 70s American paint schemes, 80s Japanese engineering … and 2020s Corona lockdown.”

As a donor bike, though, the XBR500 was not Honda’s finest hour. It deserved far more success than it got, and was powered by a punchy 44hp four-valve single. But it went head-to-head with the much less sophisticated Yamaha SR500—and lost. 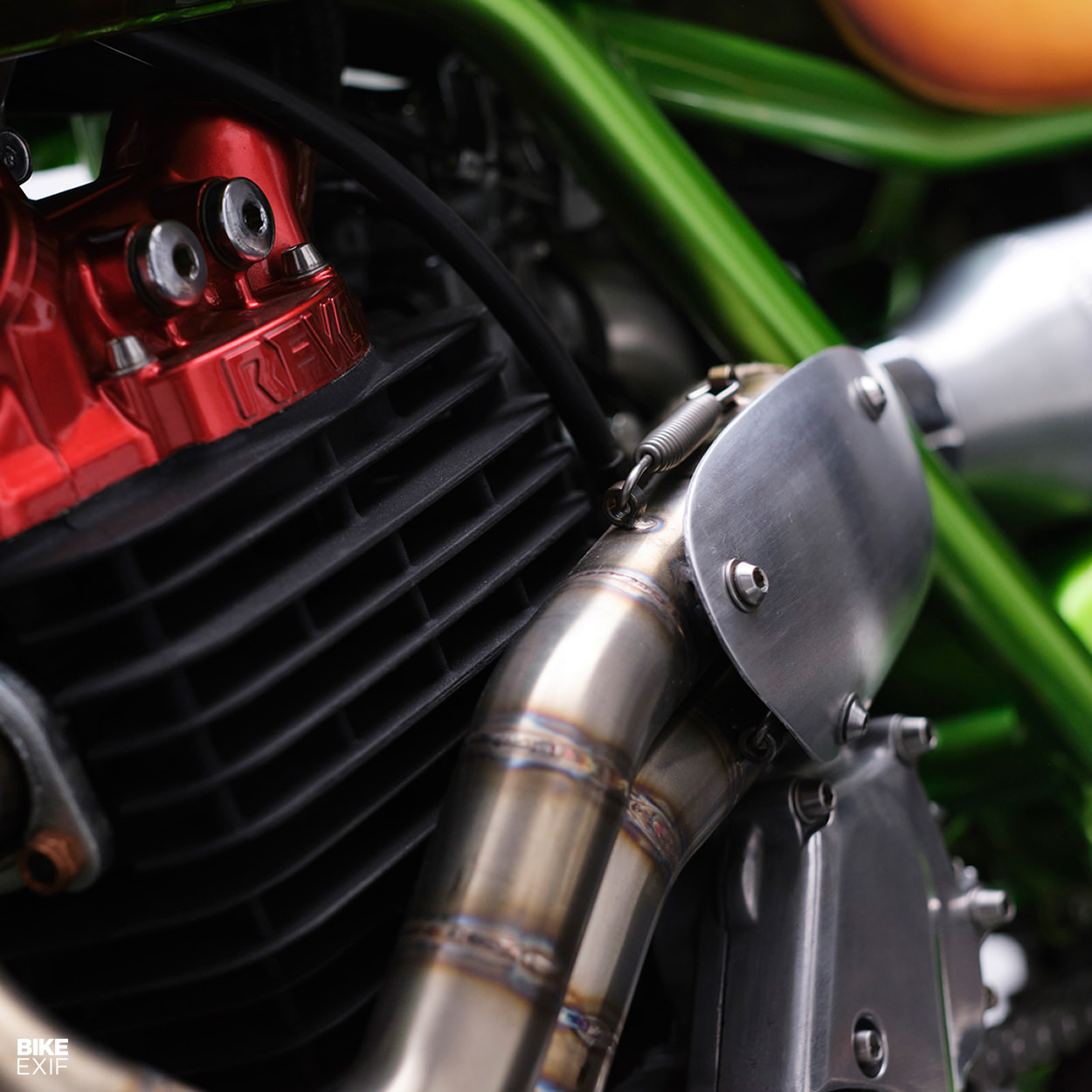 “This is an XBR from 1988,” says Andres. “A good bike to ride but not that popular. Its motor uses the same base as the Dominator, but the capacity has been reduced from 650 to 500.”

The dry-sump engine was in good condition and the XBR frame has good bones, so Renard have mostly kept them original. “But everything else is either changed or modified.” 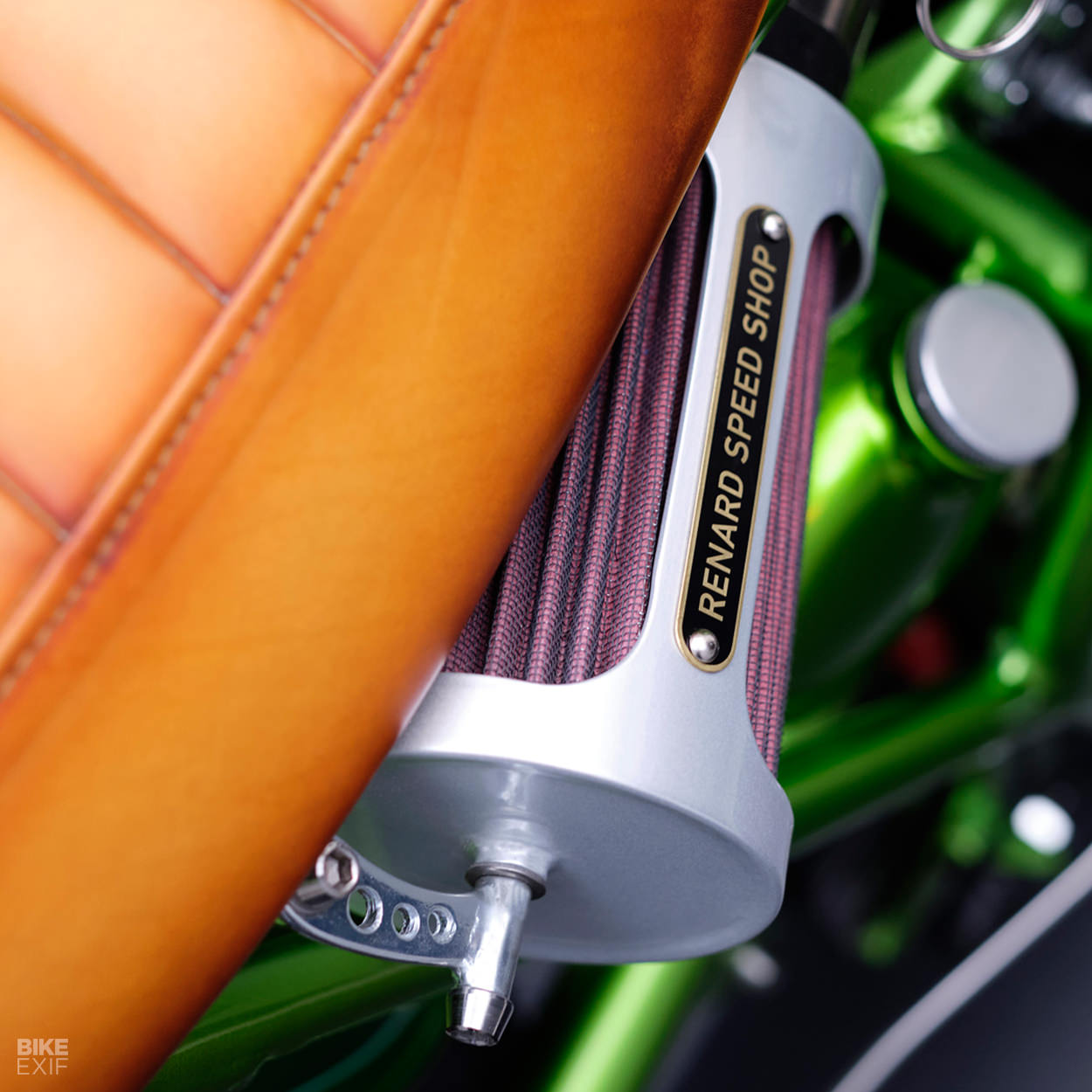 The engine is now fed by a Mikuni TM40 flat slide carb, with a custom air filter holder fashioned out of 80 mm steel tube. The oil tank underneath is a repurposed fire extinguisher, of all things.

Gases exit via a custom exhaust system, complete with heat shield, with a SuperTrapp muffler cheekily adorned with a Yoshimura sticker. 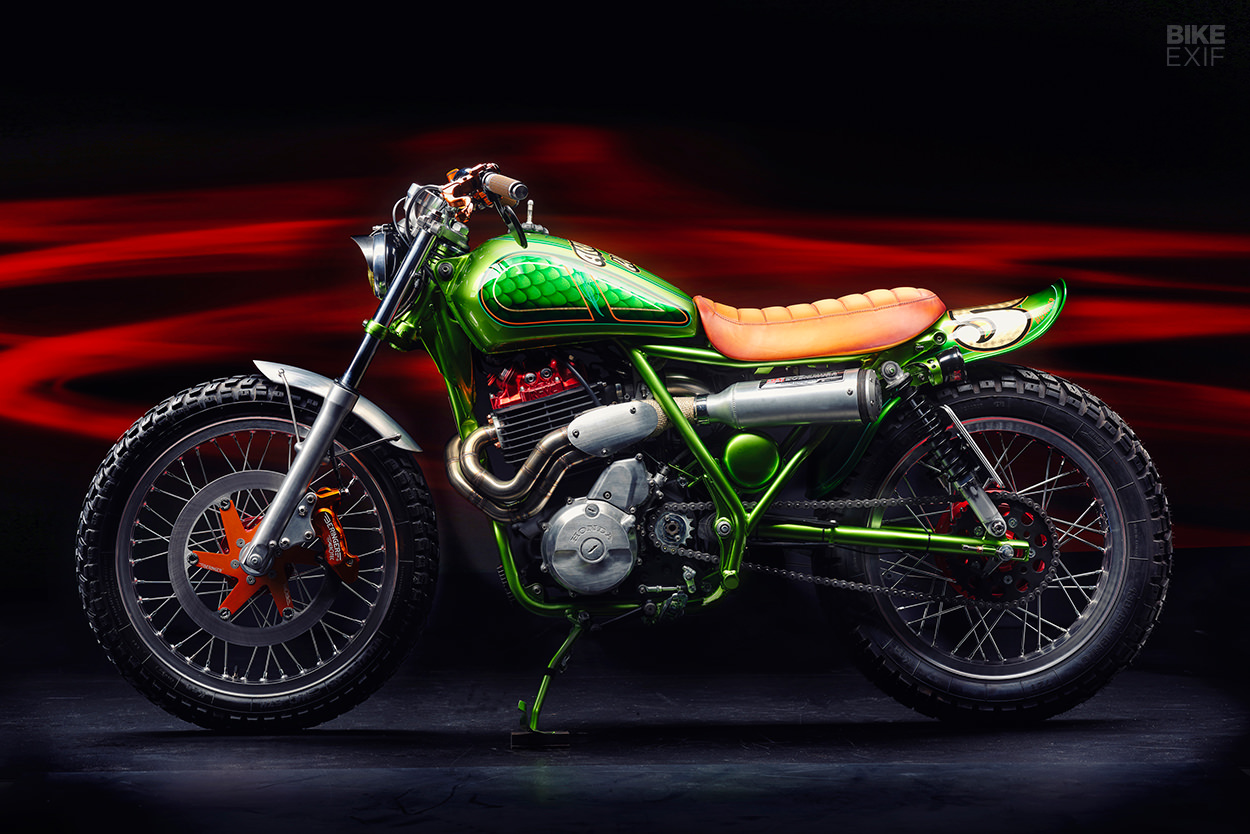 There’s a new swingarm to replace the ugly box section original, crafted from tubing that more closely matches the frame. The rear fender is a modified and widened front fender from a 1960s Jawa 50cc bike, and the shocks are Marzocchis from an SWM.

The back wheel is original, but the front one comes from an early-model Honda Gold Wing. Renard have lowered the forks a little, and there’s a new six-piston Beringer brake setup to replace the weedy stock two-piston arrangement. 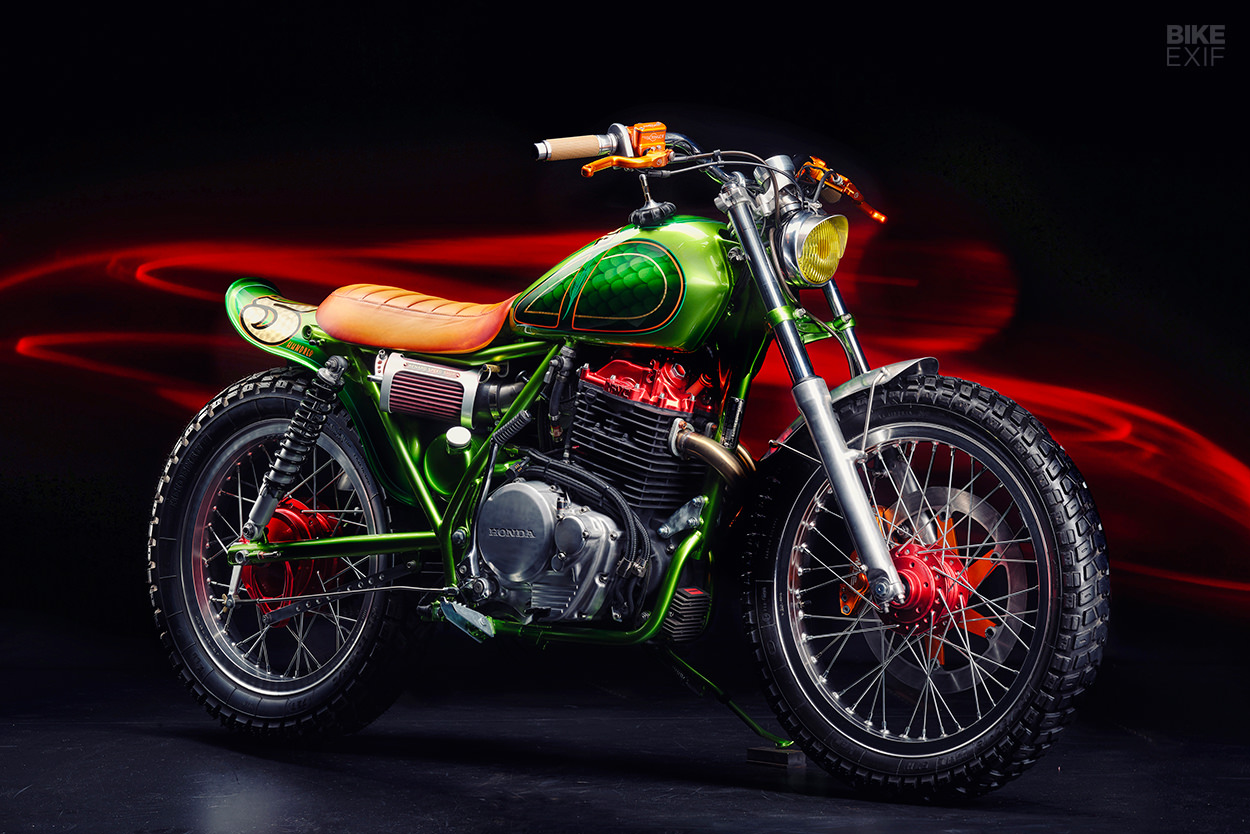 Behind the vintage car fog light are aftermarket bars, dressed with brown rubber ‘Vintage’ grips from the Spanish maker Puig.

The switchgear is Renard’s own proprietary design, flanked by Beringer levers, and a Motogadget Motoscope Tiny speedo in the middle. Tiny LED turn signals from Kellermann are neatly attached to the back of the fork stanchions. 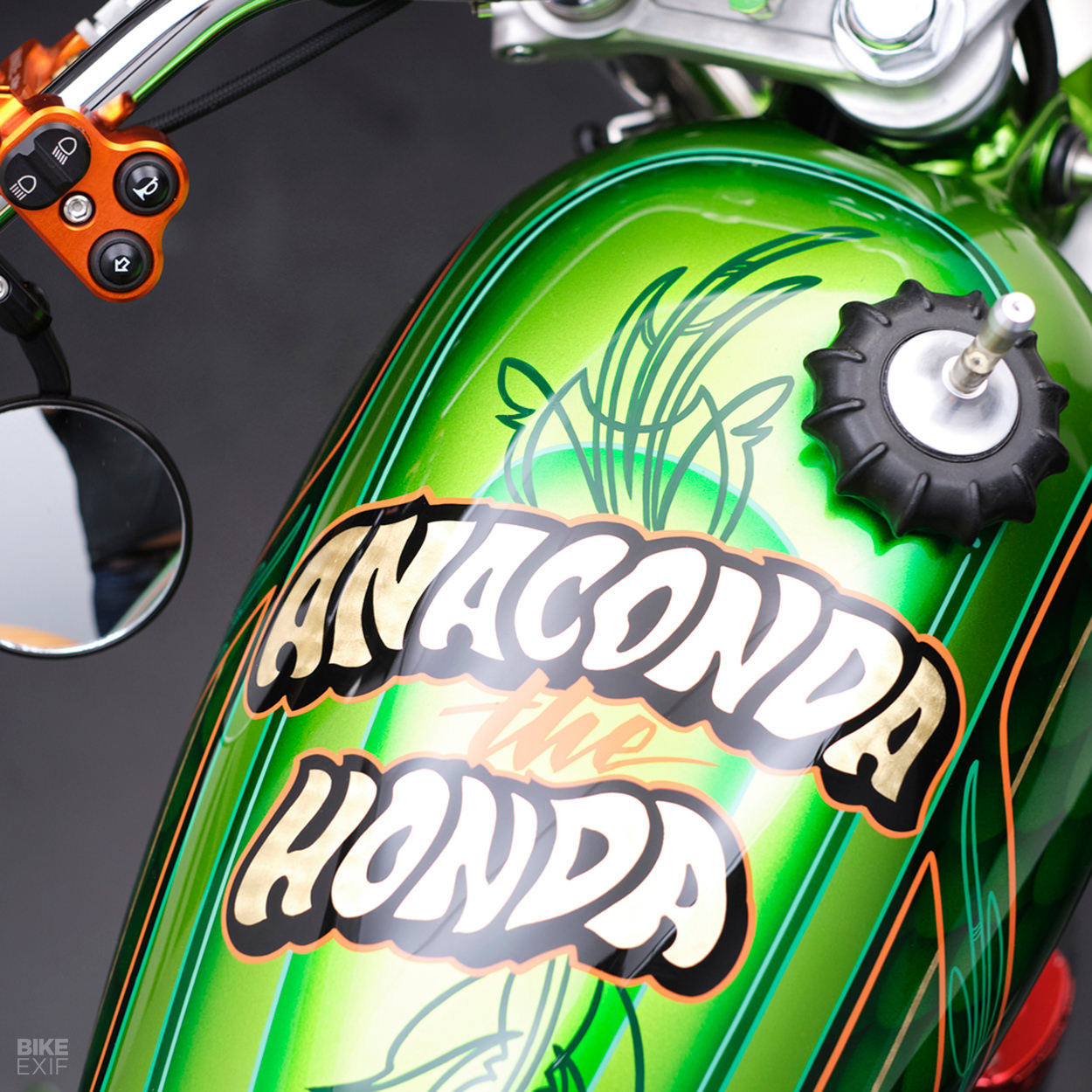 The tank is the centerpiece, but its origins are a bit of a mystery. “It’s from an old Cagiva,” Andres reveals. “I don’t know exactly which model.” The amazing paint and graphics were done with the help of Jarmo Nuutre of One Eyed Morse Kustoms.

Renard made the seat using natural leather, then painted it with an airbrush, and oiled it with products designed for Red Wing boots—“to get a vintage look and feel.” Another example of Renard’s attention to detail is the ignition key, designed to look like a guitar input plug. 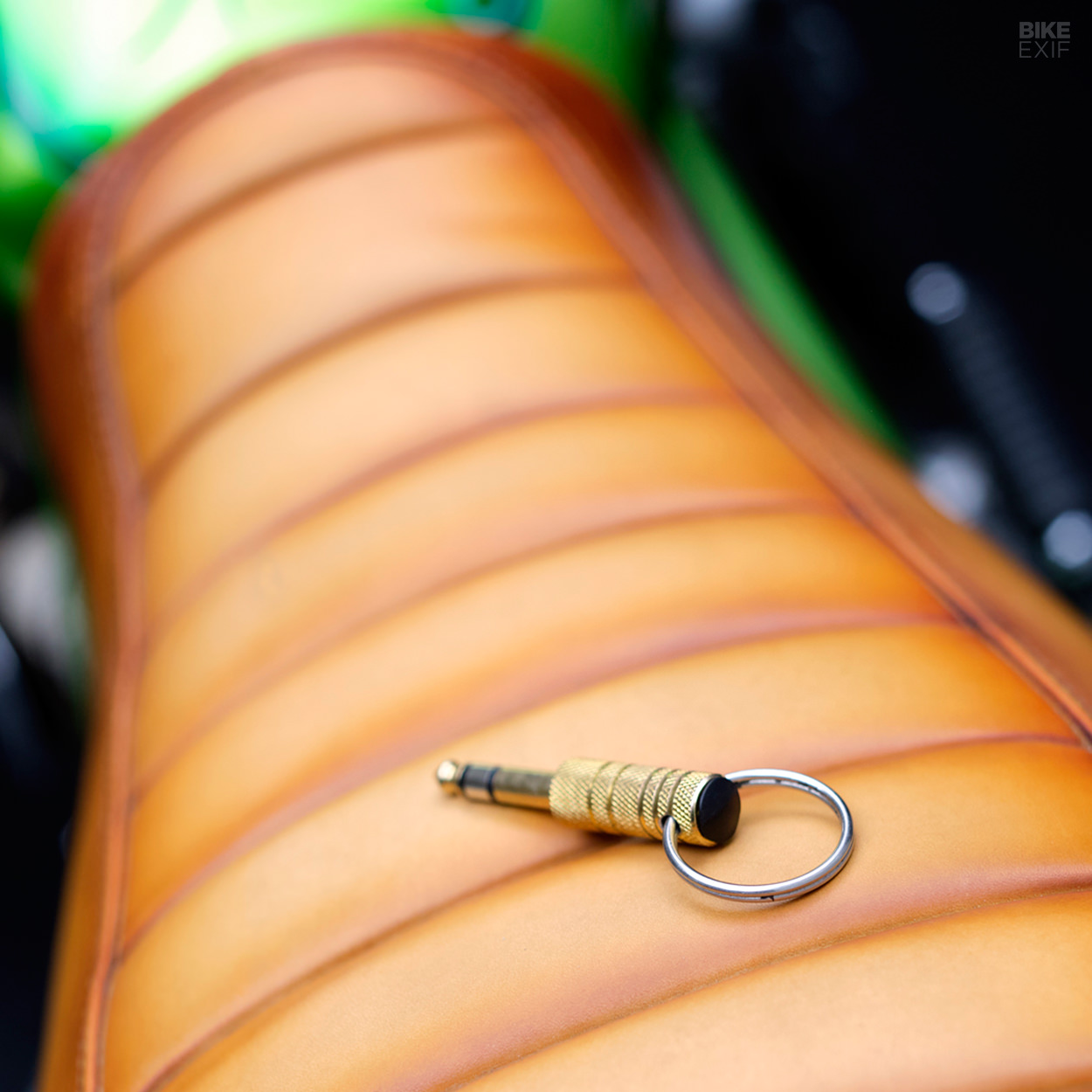 It’s all absolutely mad and very entertaining too. If you’re as charmed by Anaconda as we are, hit up Andres via the Renard website—the bike is for sale. 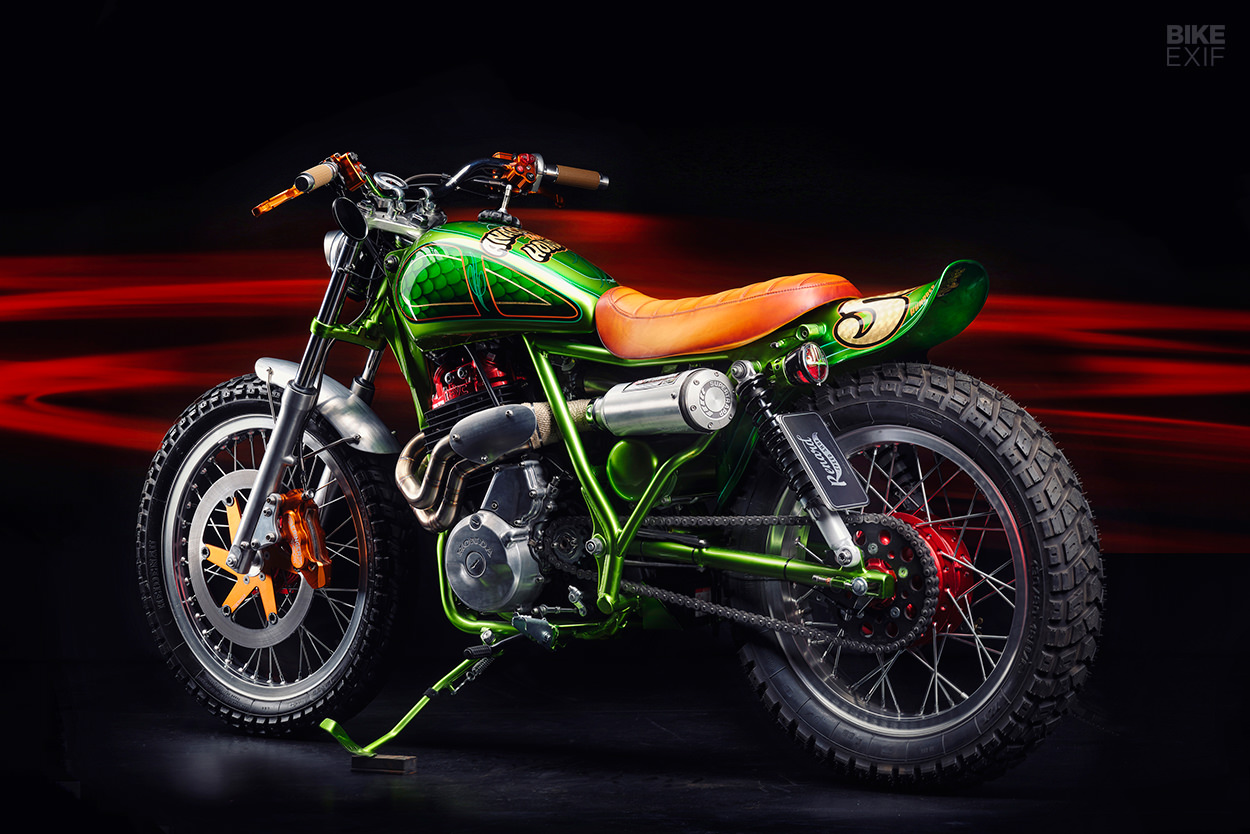