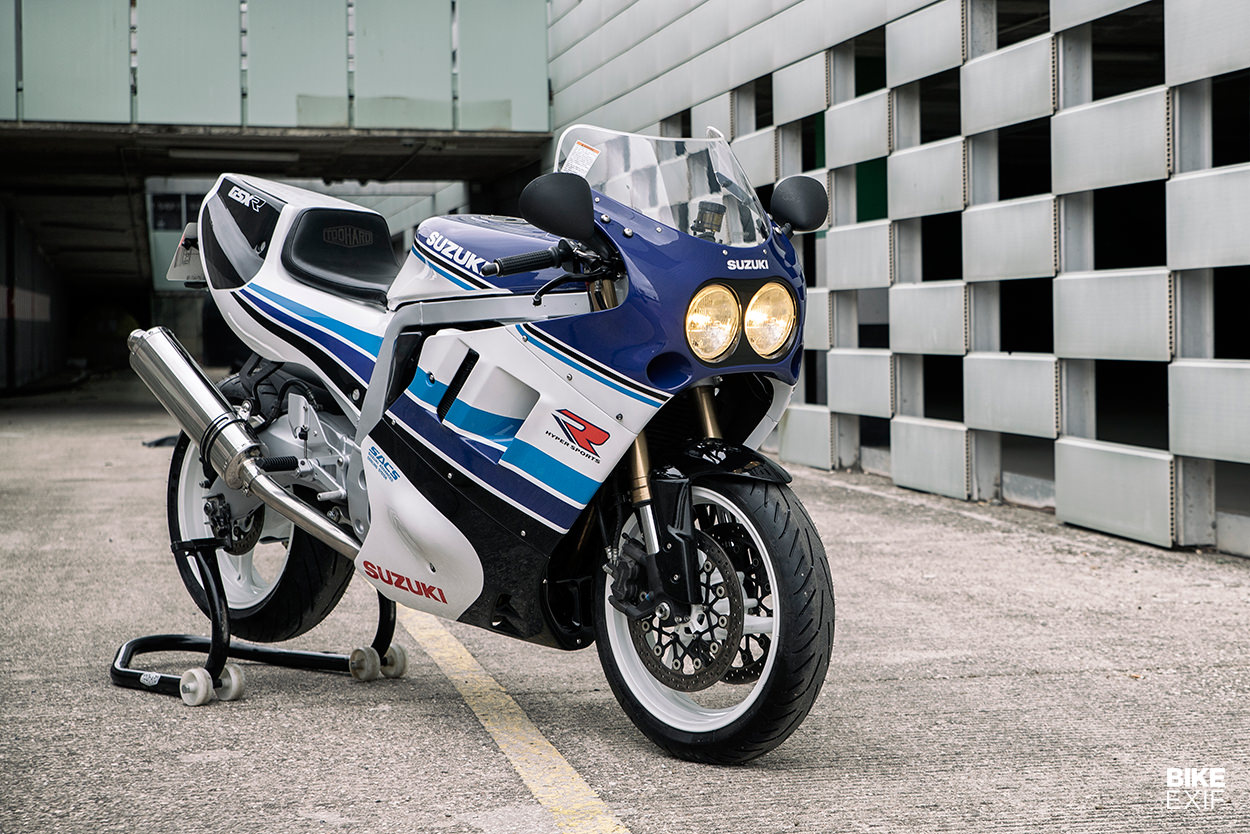 Retro sportbikes have huge appeal. Despite the acres of plastic, some models have aged surprisingly well—such as the mighty Suzuki GSX-R1100.

Contemporary dyno tests showed around 110 hp at the back wheel. But there was also tons of usable torque from the 1,127 cc inline-four, and the big Suzy weighed a surprisingly reasonable 222 kg (489 lb.) dry. In its day, that was enough to sweep aside most other bikes on the road, with a 0-100 km/h time of three seconds flat. 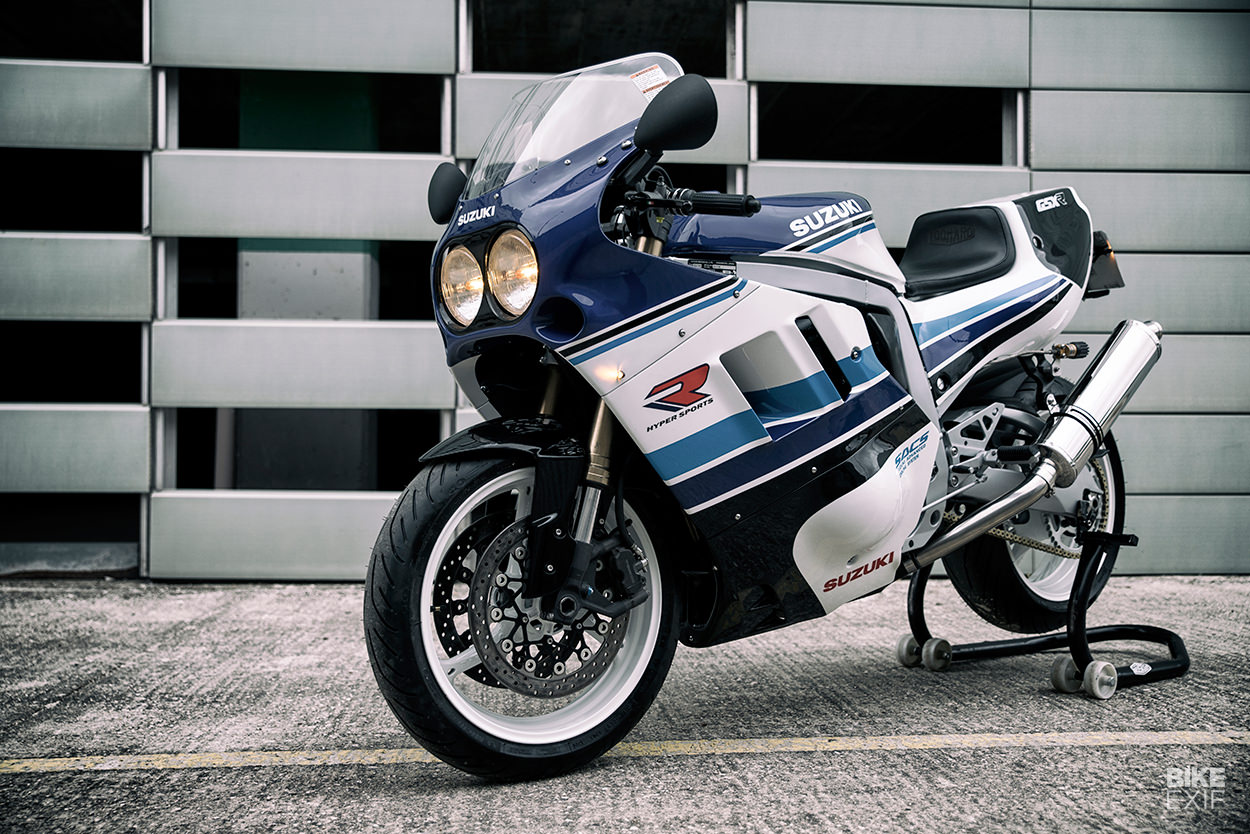 Early Gixxers have a strong fan base, and the founders of the Spanish garage TooHard are fully paid up members.

This brilliant 1990 GSX-R restomod is the latest work from Jose and Bea, and reflects their focus on restoring and customizing older machinery. 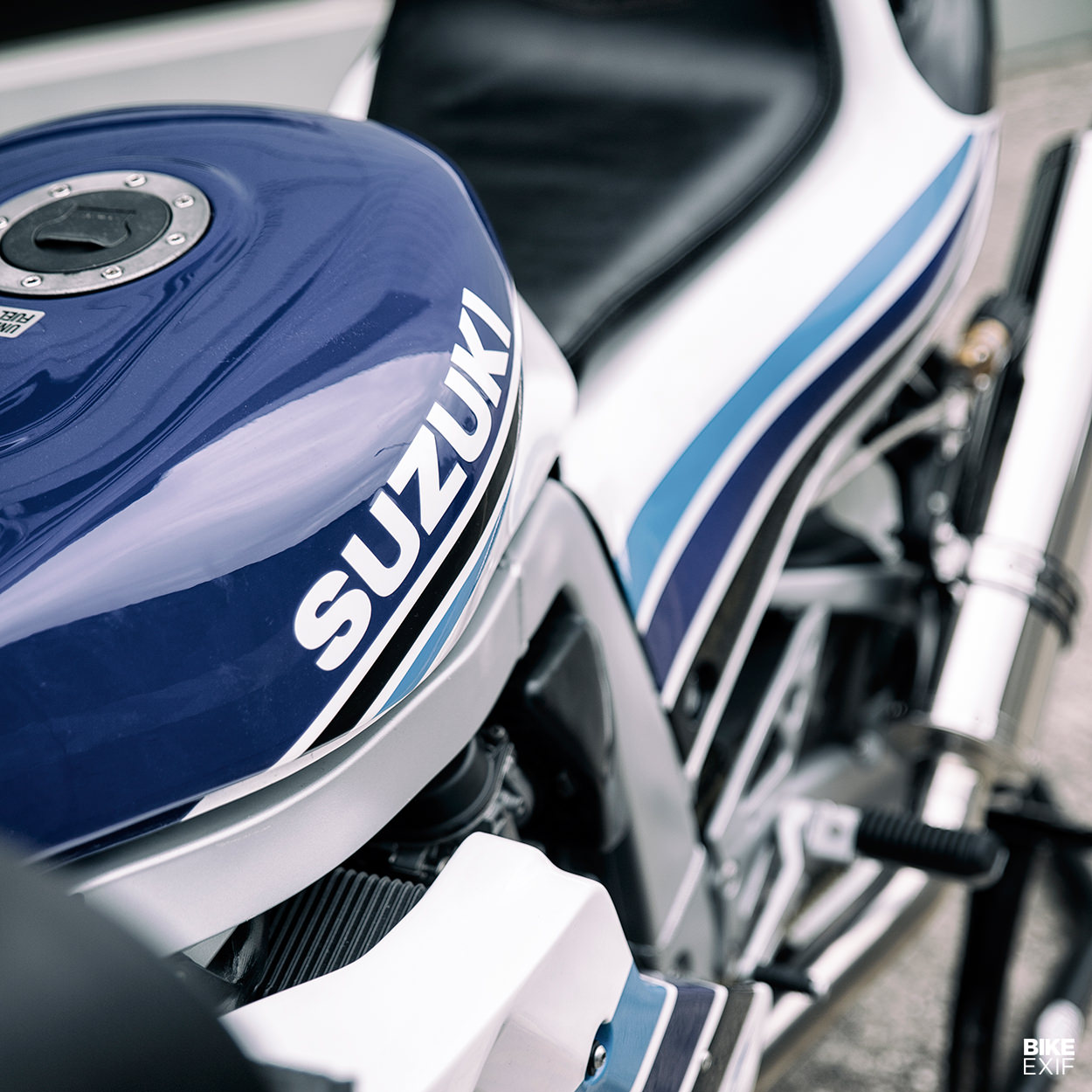 If there’s a downside to retro sportbikes, is that they’re no longer competitive on the road—but you’re still stuck with the inevitable ergonomic compromises. And a 30-year-old bike is going to need pretty major remedial work to get it back to factory levels of performance, let alone make it competitive with a modern naked.

The solution is to take the restomod approach, assuming you are not too concerned with originality. And that’s what Jose and Bea have done here. They’ve taken a slightly ratty GSX-R1100 and readied it for 21st century roads. 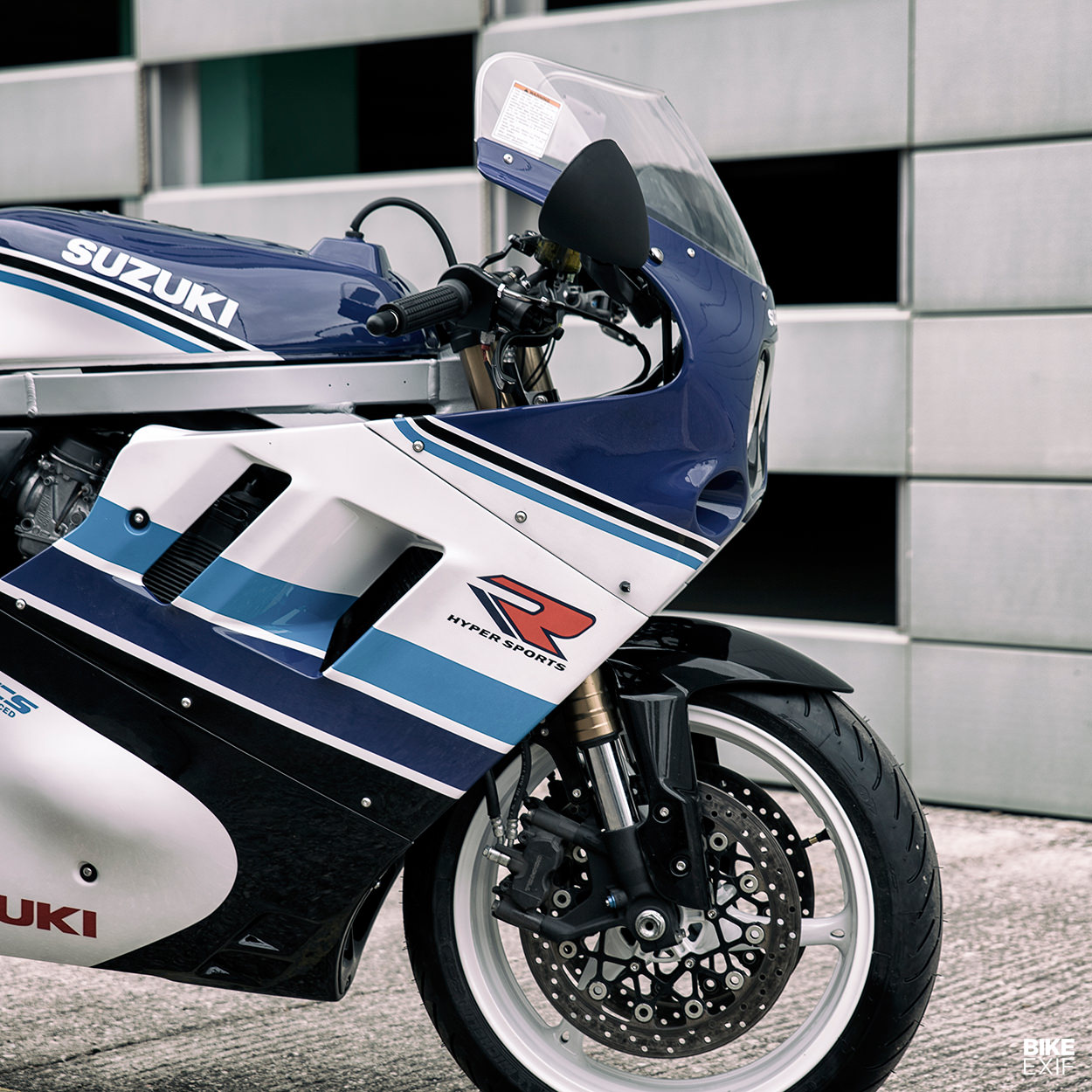 “The concept was to create a motorcycle with the suspension and brakes of a modern bike, but keeping the Suzuki lines and the 90s essence.”

TooHard have listed two main inspirations for this build: Kevin Schwantz’s battles on his Suzuki during the 1990 race season, and the blue video game character Sonic The Hedgehog, who made his first appearance a year later. So they’ve called this Gixxer ‘Sõnic 90.’ 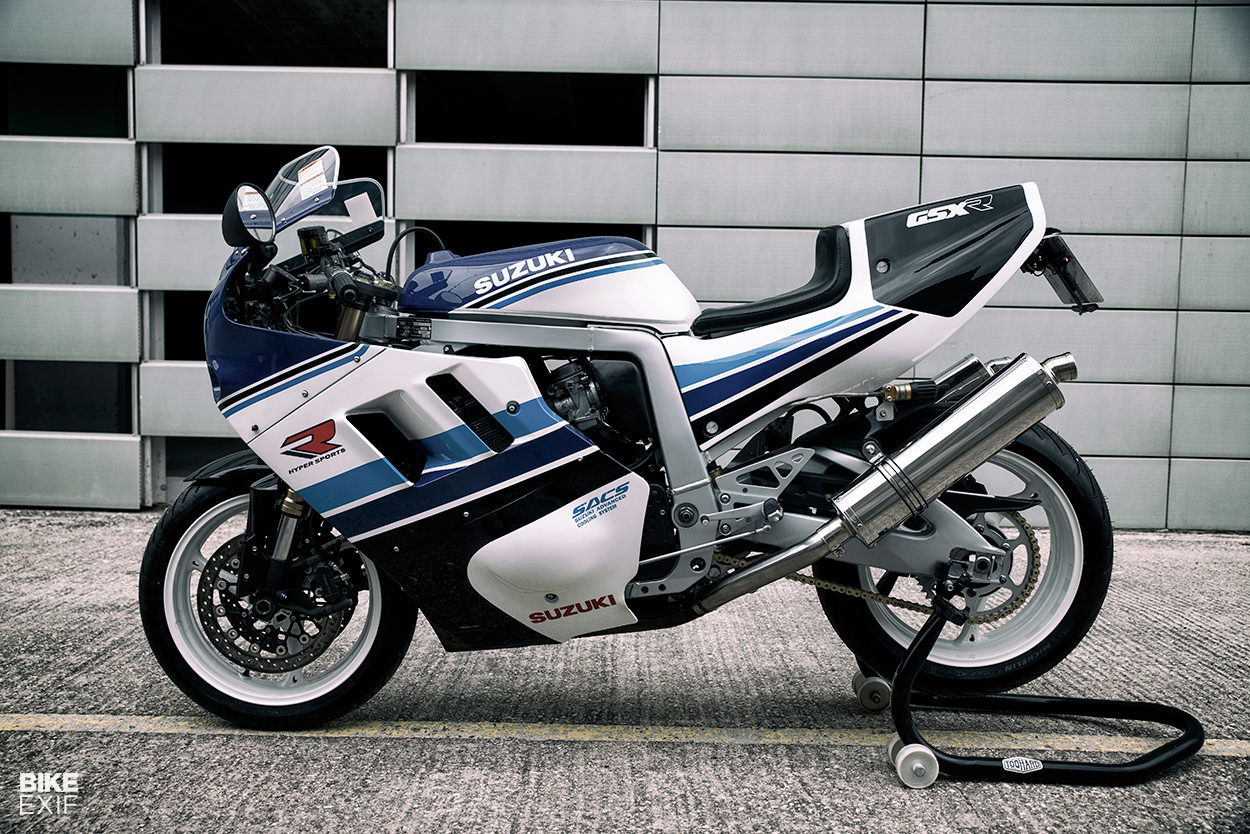 On a more serious note, there’s a huge amount of mechanical work on this Suzuki, but it’s not immediately obvious unless you’re well versed in 90s motorcycling lore.

The biggest visual change is to the rear bodywork: the L-spec double seat has gone. With the help of a few hidden subframe tweaks, TooHard have installed a new tail unit, based on the GSX-R750 RK race replica, and with a shape more akin to the mid 80s single-seat 1100s. A discreet Rizoma light is hidden above the license plate. 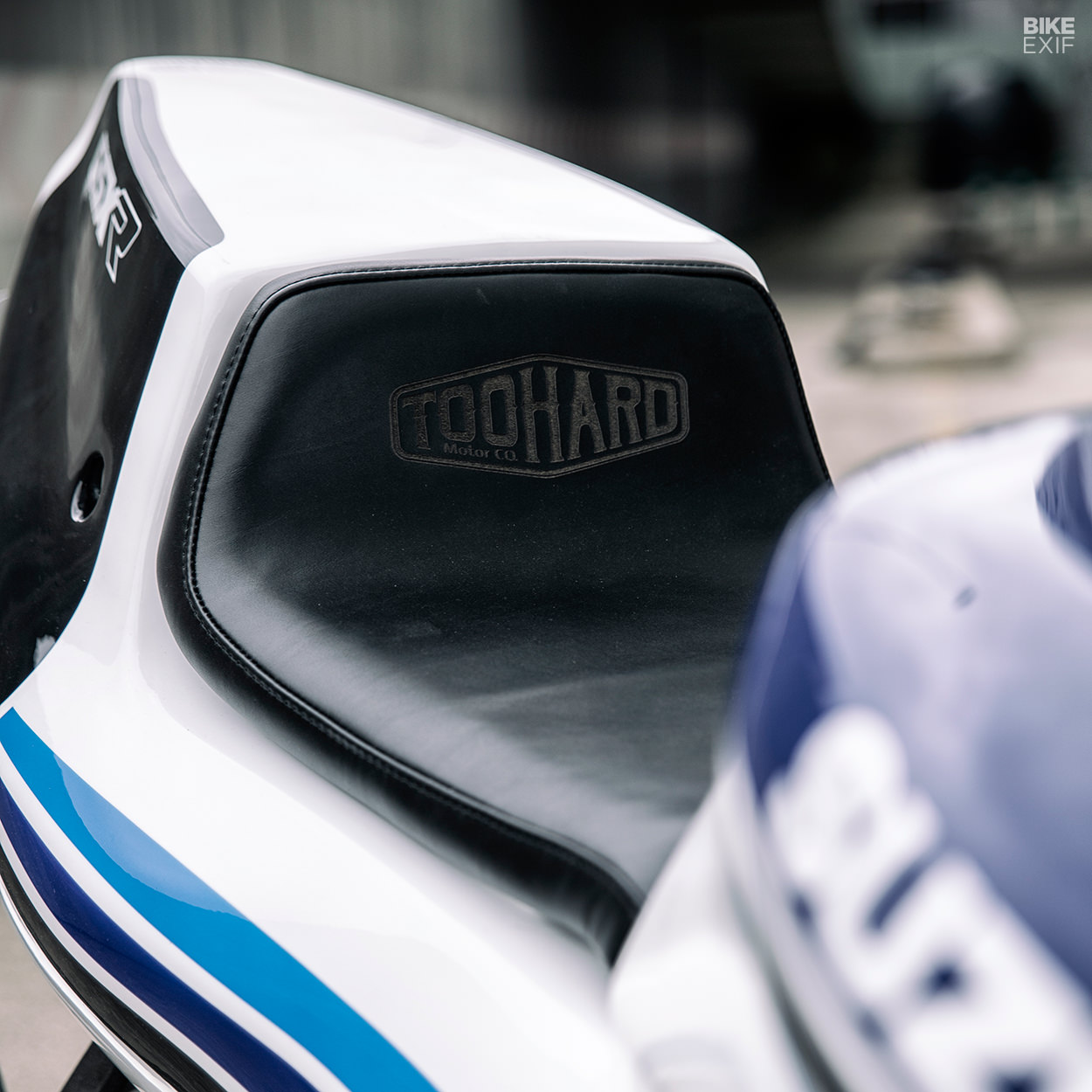 On the mechanical side, TooHard have pillaged a K9-spec GSX-R1000—sold from 2009 to 2011—and retrofitted most of the front end—including the big piston Showa forks, brake system and fender.

The wheels are K9 GSX-R1000 items too, plus the rear brake setup, rear fender and even the swingarm and shock linkage—which was the hardest part of this build. It’s now hooked up with a high-spec Öhlins shock. Spooning on new Michelin Pilot 3 sport touring rubber was the easy part. 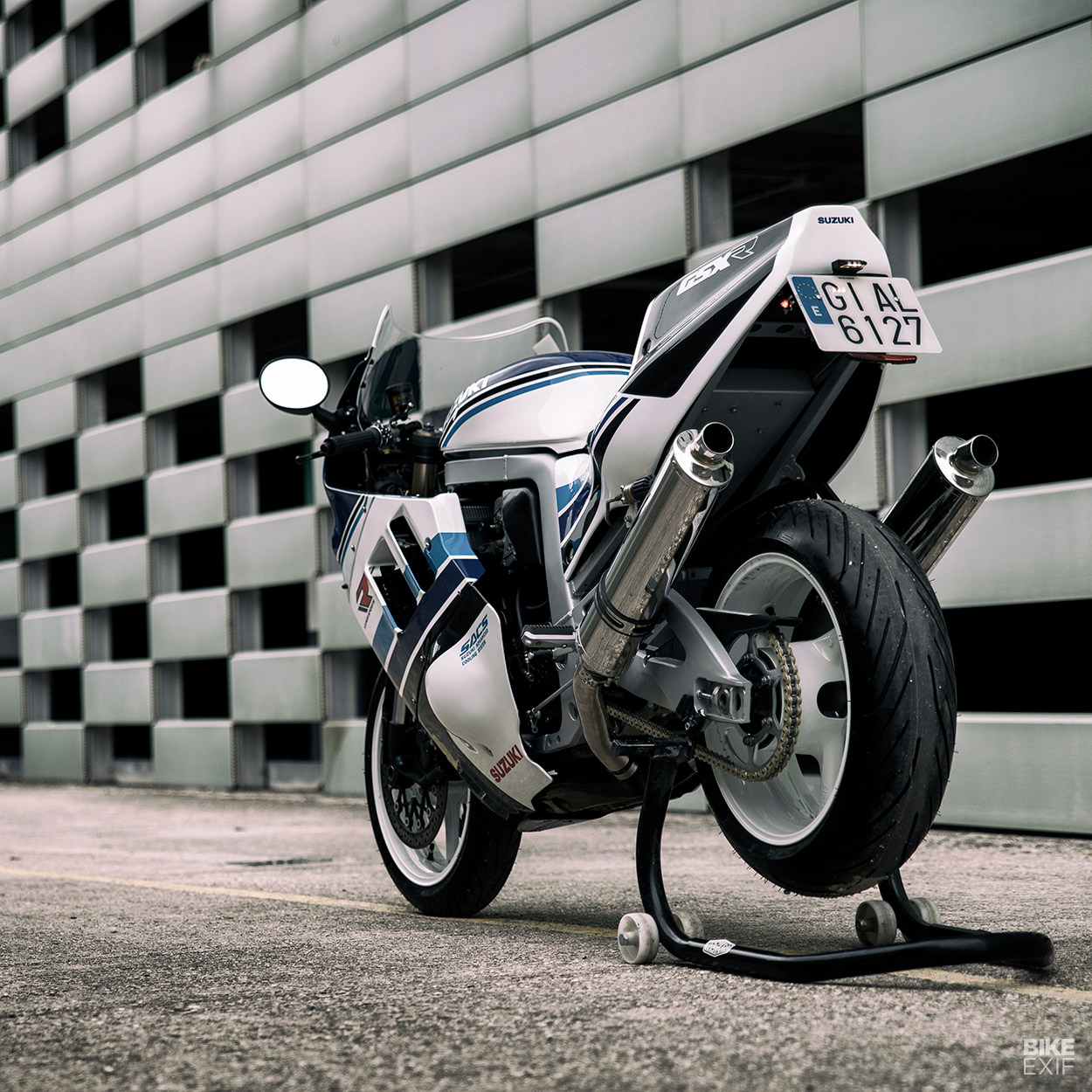 Thirty-year-old wiring looms are not good for peace of mind, so Jose and Bea have modernized and simplified the electrics. At the heart is a Motogadget mo.unit control box with Bluetooth connectivity, plus a matching keyless ignition system and indicators.

The TRW clip-on bars, set at a relatively relaxed angle, are furnished with Motogadget grips and switchgear, plus a TRW throttle. The brake master is Brembo, the clutch master is Accossato, and the hoses are braided metal for maximum feel and control. Front and center is a simple but effective Motoscope Classic speedo. 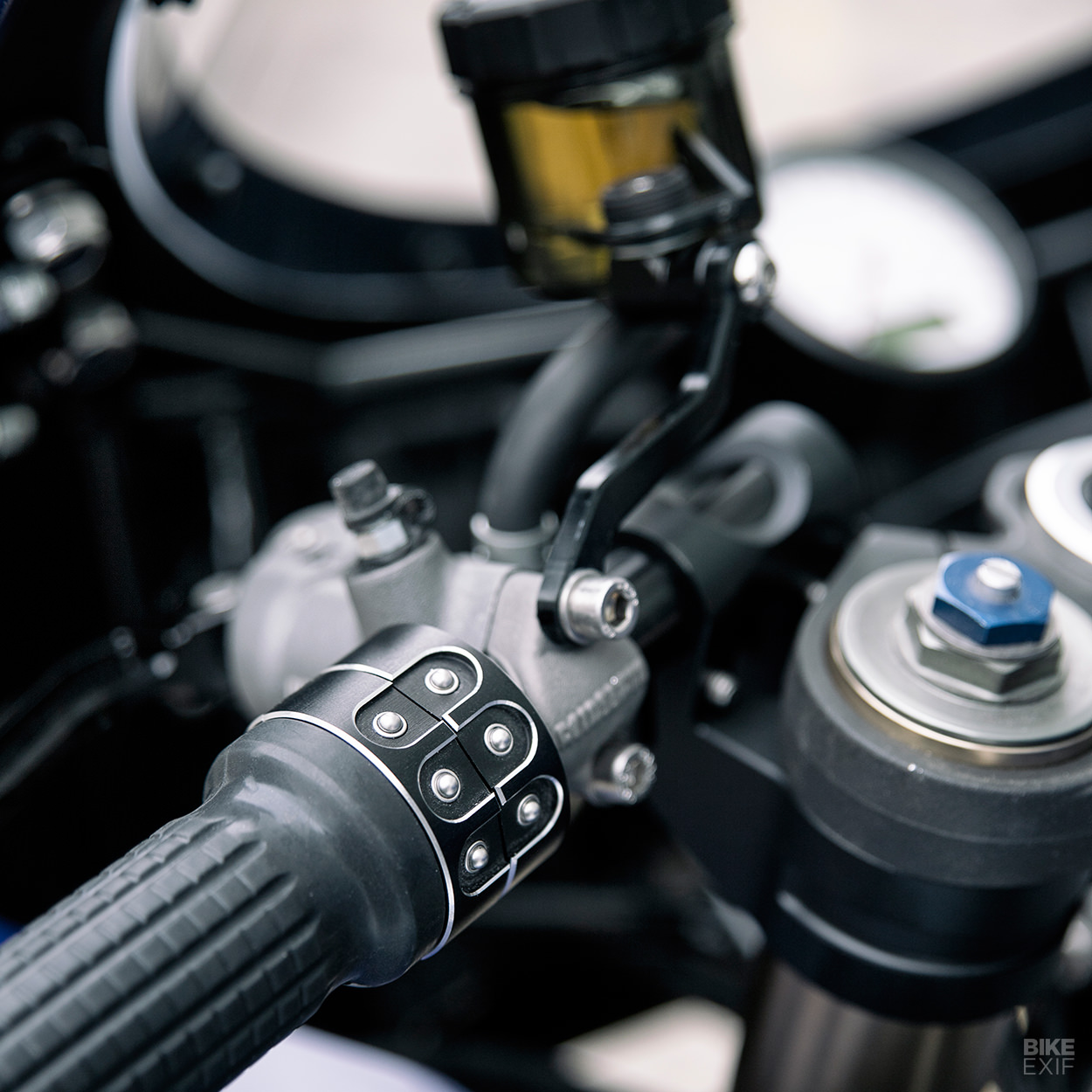 The chassis and engine covers have been refinished, and a pair of new exhaust mufflers plumbed in. The crisp paint looks like a factory job, but it’s new—a clever mix of white, black and two shades of blue that manages to look both modern and classic at the same time.

Builds like this remind us that there’s room for more than one type of ‘Modern classic’ in the moto world, and it doesn’t have to be a 70s throwback. Top marks to TooHard for making this restomod look so easy on the eye. 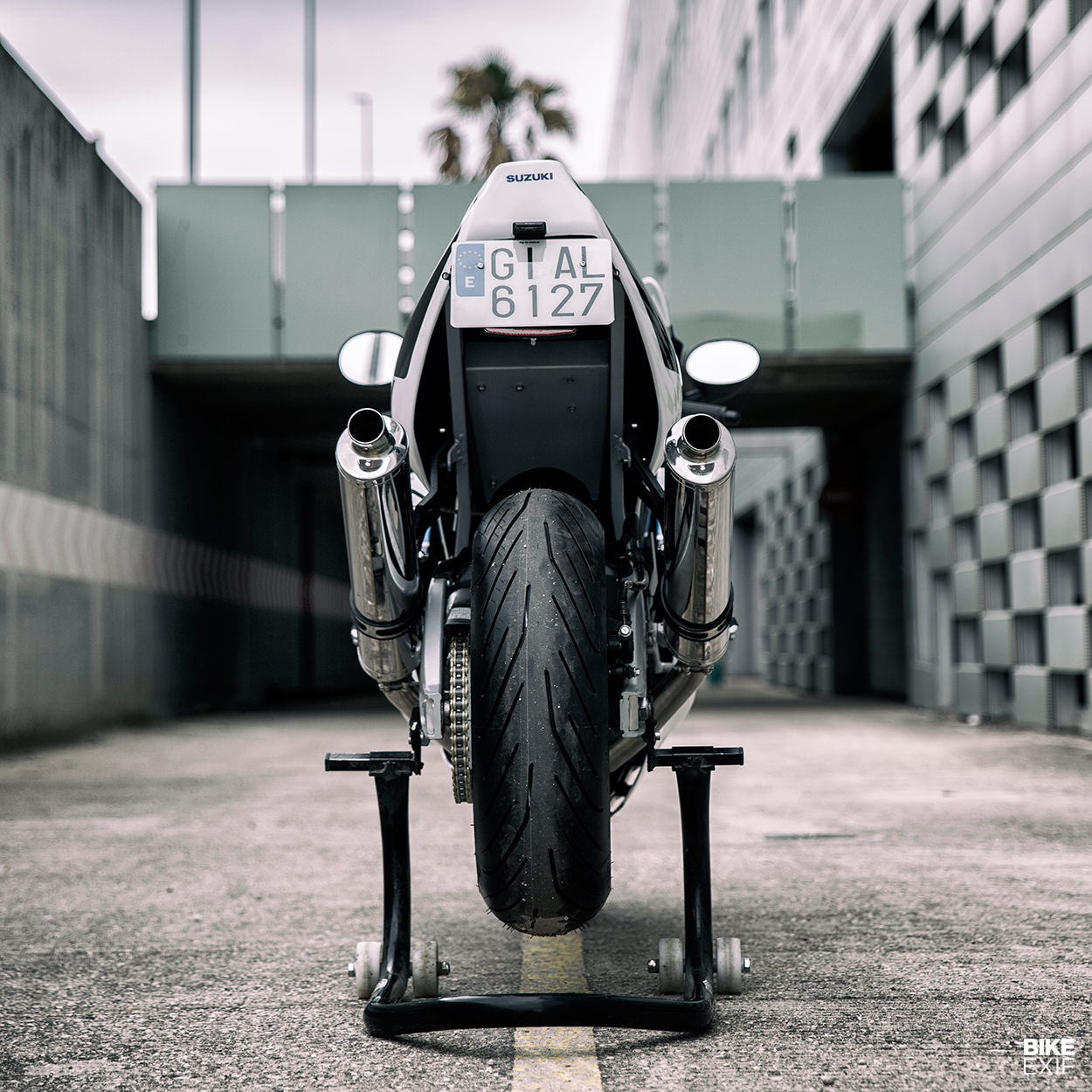