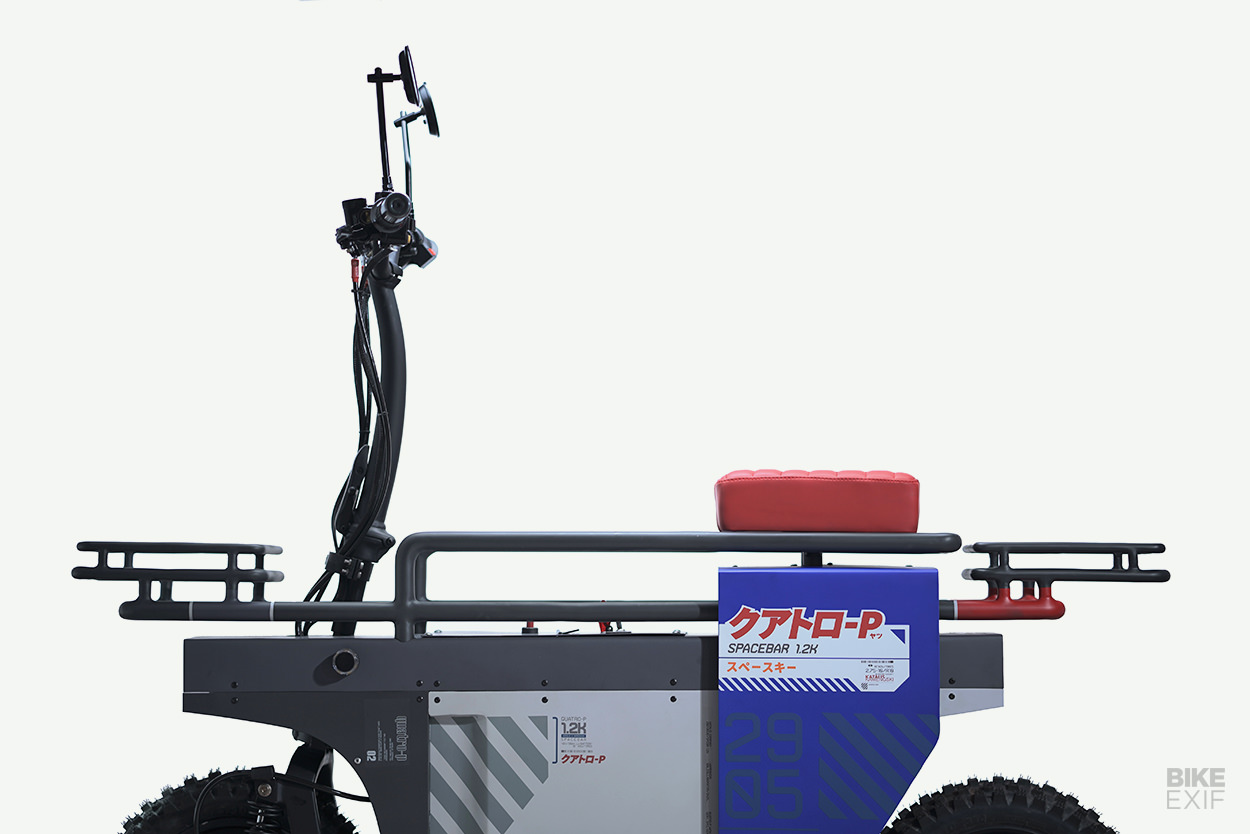 Remember the Honda Motocompo, the cute folding scooter from the early 1980s that could fit in the trunk of a car? We’ve often thought that Honda should revive it, and it looks like we’re not alone.

Katalis have just released details of their latest creation, and it’s the spiritual successor to the Motocompo. Called ‘Spacebar,’ it weighs just 132 pounds [60 kg] and it’s a smidge under 4’8” long—about a foot shorter than a modern Honda Grom. 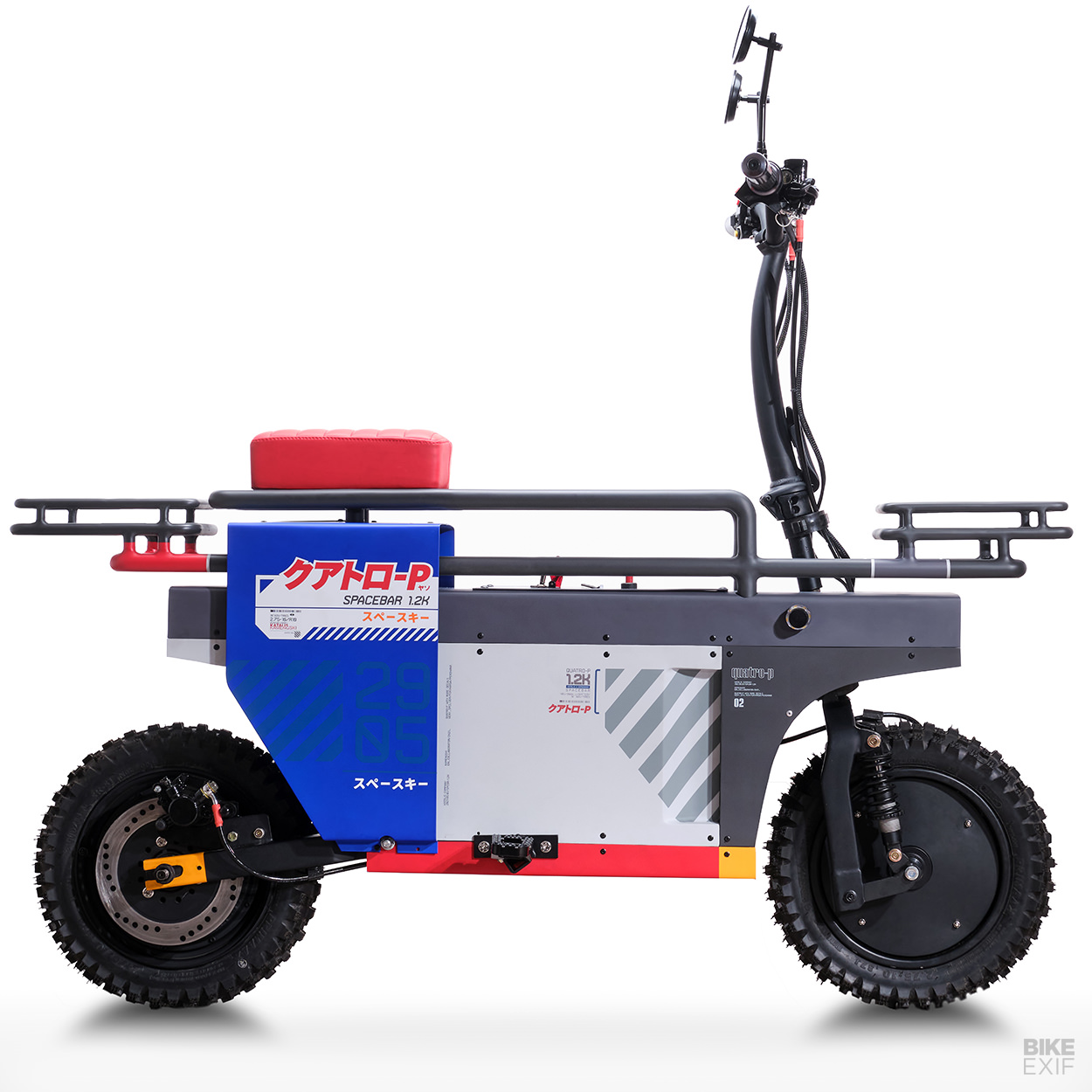 With the bars folded down, the Spacebar is just 34” tall. So it’ll fit in the back of a subcompact car, just like the original Motocompo did. The big difference is in the power unit: Katalis’ version has a 1200W motor sucking juice from a 48V lithium battery.

It’s good enough for a range of 60 km and a top speed of 50 kph, which is probably as far and as fast as you’d want to go, given the miniscule size of the thing. 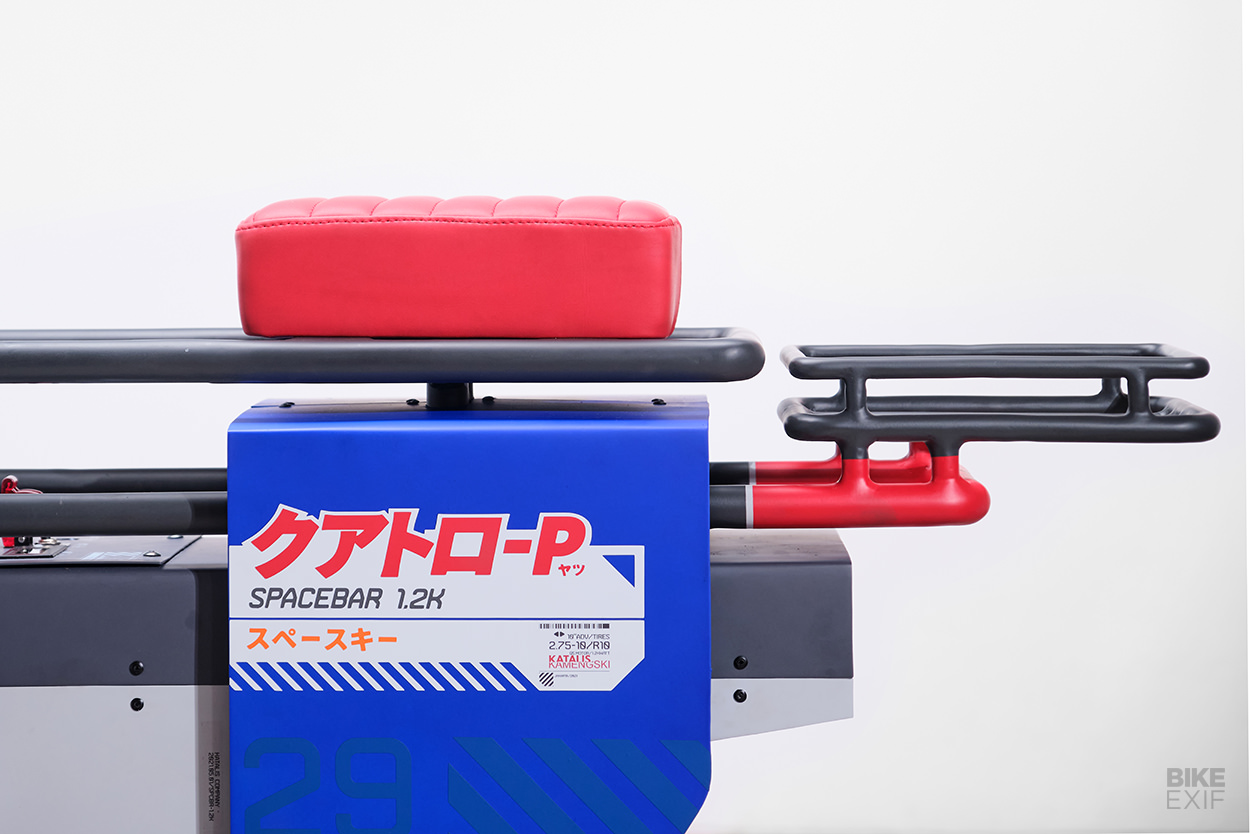 Katalis is headquartered in South Jakarta, Indonesia, with a separate fabrication factory some 20 kilometers away in Cibubur. The company is positioned as a ‘Mobility Design Studio and Workshop’: it’s basically a collective of design professionals with serious skills and a taste for irreverence.

This is not Katalis’ first foray into electric scooter design. Just over a year ago, they revealed a concept based on the Selis Garuda, a 500W electric scooter sold in Indonesia. ‘Spacebar,’ however, is an altogether much more sophisticated beastie. And it’s strong enough to carry a rider and luggage weighing up to 265 pounds (120 kg). 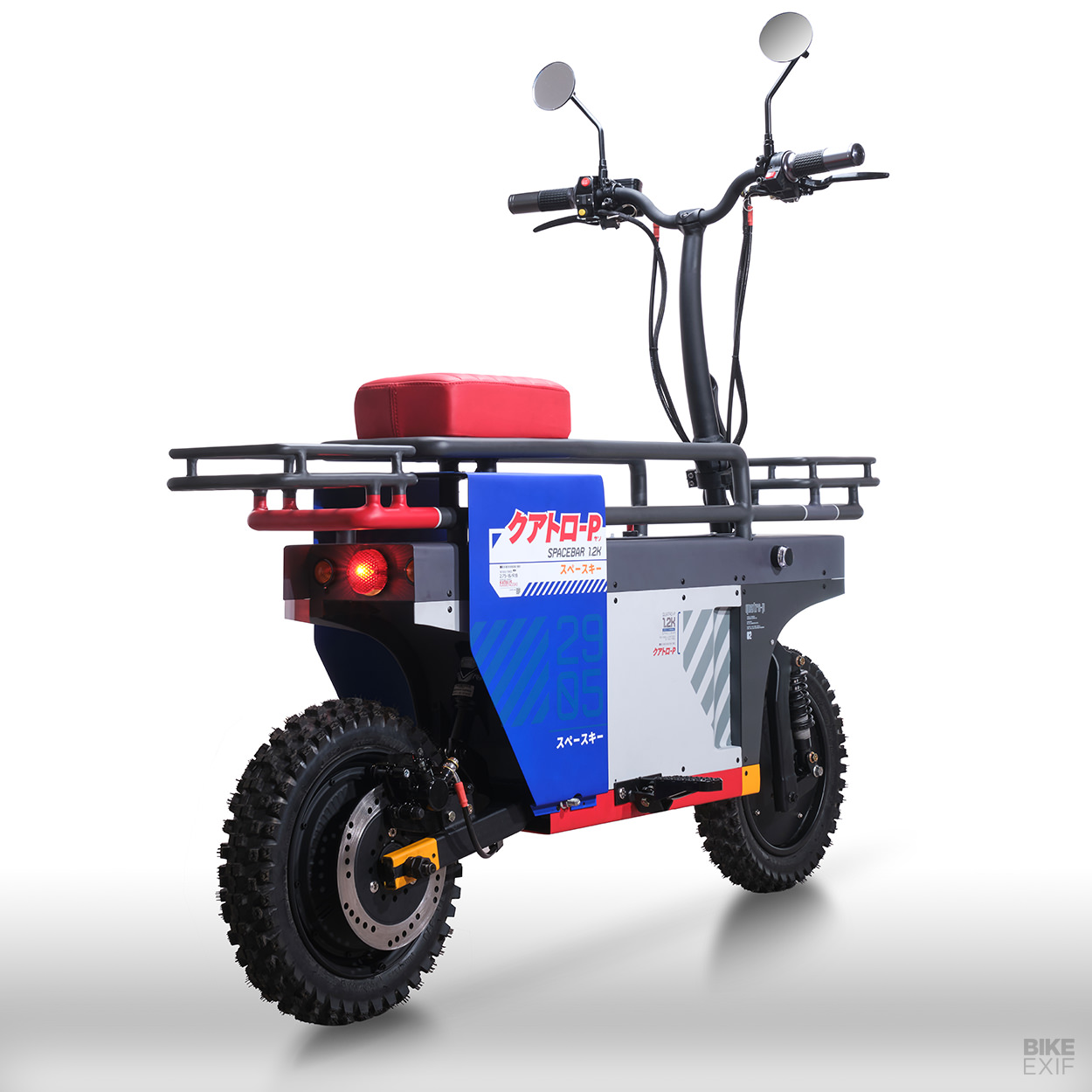 The Spacebar is a ground-up build, with a frame built out of extruded 2.2mm aluminum tube. This has been refined over several versions; the battery in this latest iteration has been moved closer to the front of the frame for extra stability.

The motor is harnessed to an off-the-shelf Votol ECU/controller, but the suspension has been designed in-house, using heavy-duty mountain bike shocks front and rear. 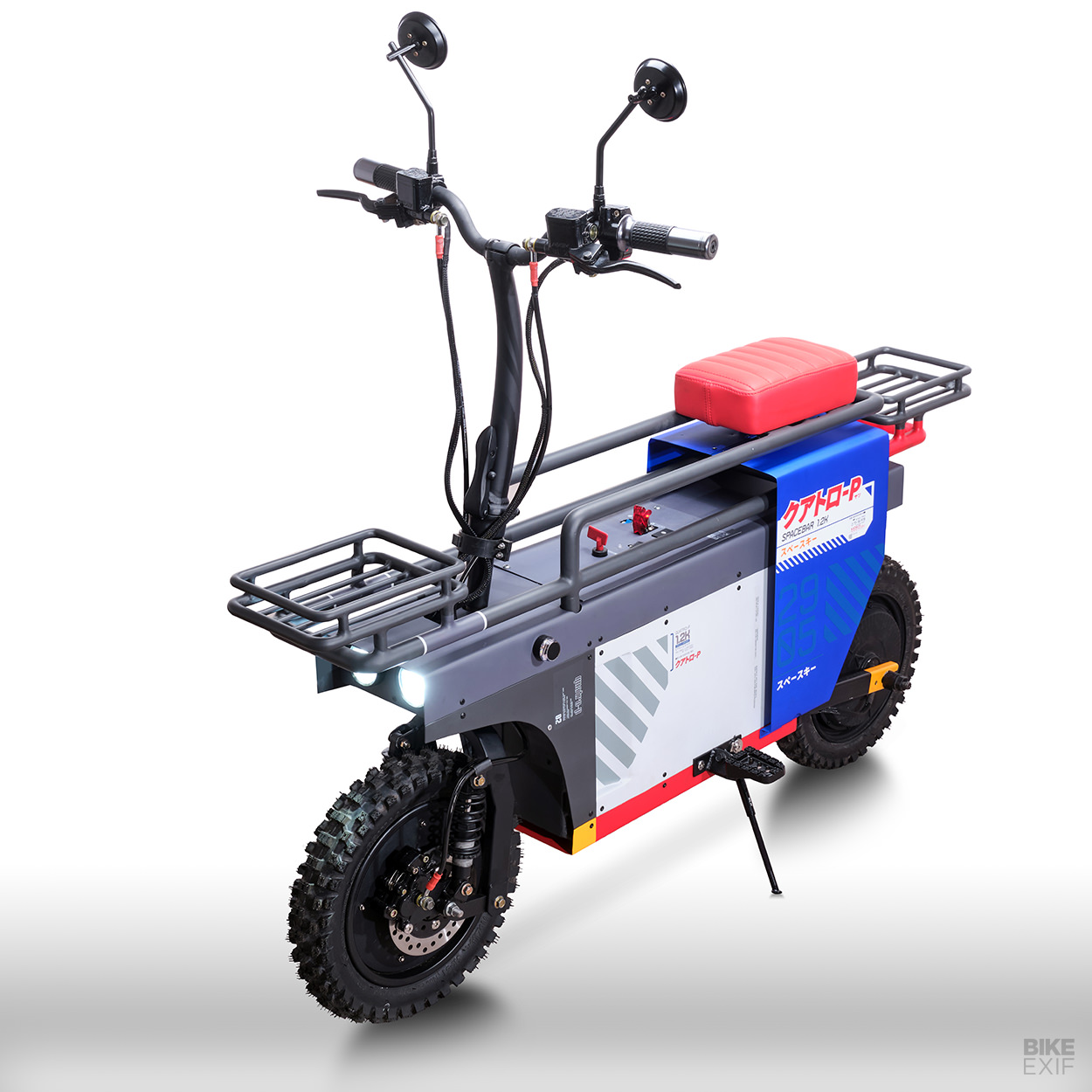 Katalis have adopted what appears to be a leading link setup at the front, and the spec sheet shows 3mm aluminum square tube for both the forks and the swingarm.

The wheels are ten-inch scooter items, with custom-made covers and disc brakes front and rear. The rims are shod with locally made Primaax SK-51 Godzilla tires: they’re probably not what you’d choose for the smooth asphalt of Singapore or Hong Kong city, but they look good and should do the job in Jakarta and the surrounding areas. 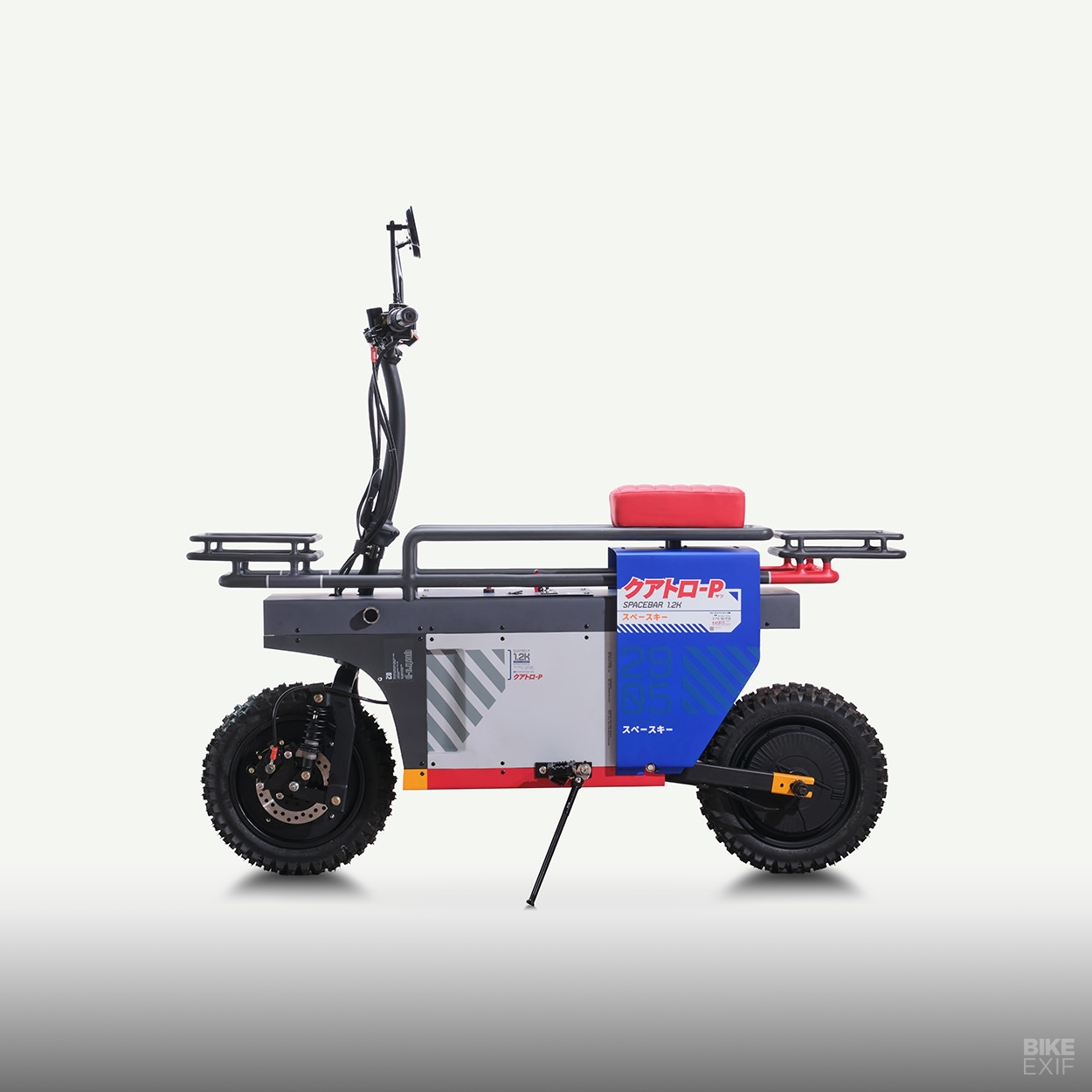 The star of the show here is the bodywork though, fashioned from 6061 aluminum and painted to evoke the vibe of 1980s and 1990s mecha or robot anime.

According to designer Julian Palapa, “The mecha anime cartoons at that time were predominantly in red, blue and yellow colors. So we’ve used colors and graphic elements inspired by those giant, sophisticated robots.” It’s pure nostalgia and works brilliantly with the angular lines. 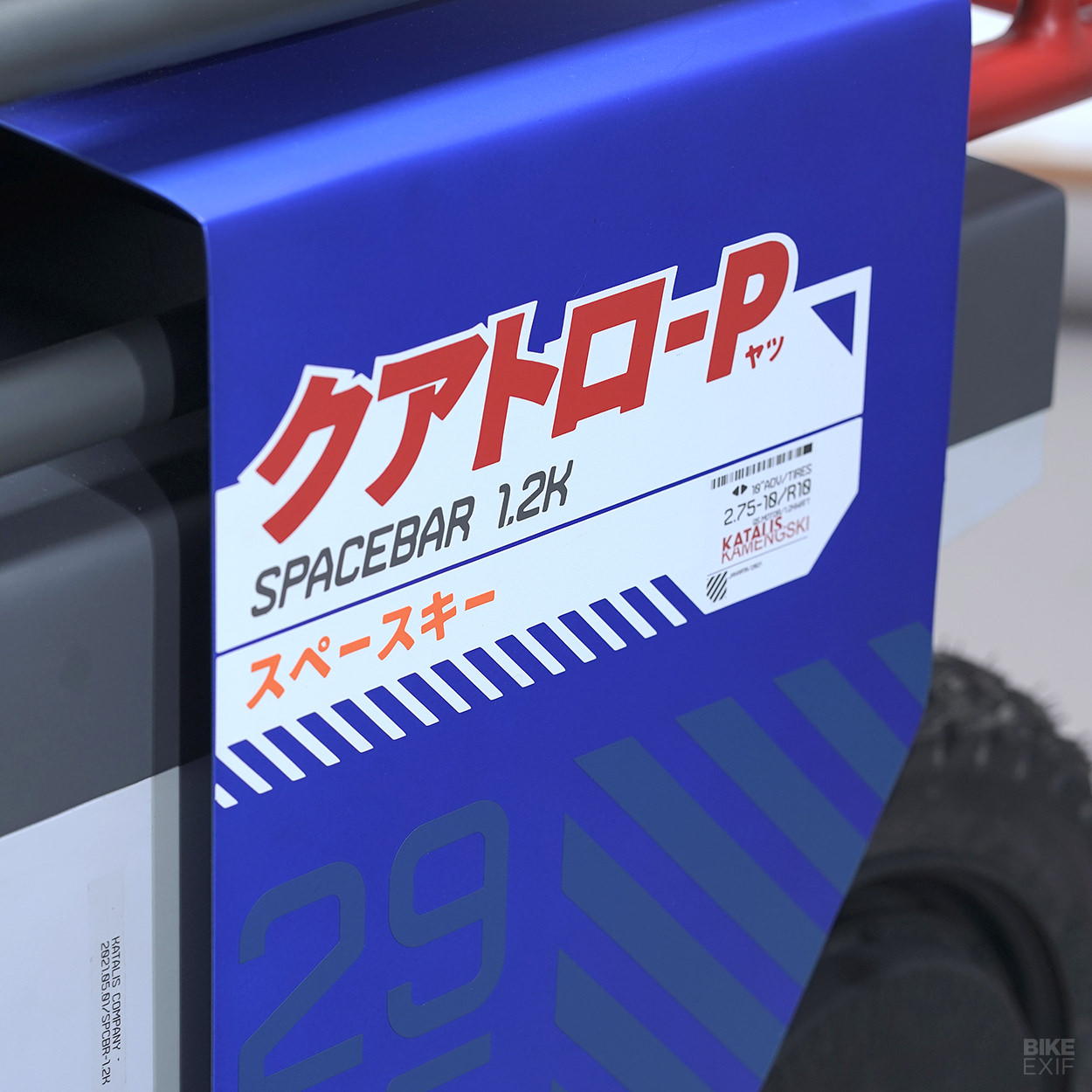 Katalis have called this particular Spacebar build the ‘Quatro-P,’ as a nod to their client—local architect Pradhana Harsa. He placed his order after seeing Katalis mentioned in the international design media, and then discovered that it was a local project.

The Spacebar has been in production since January, and Katalis are already in discussion with several brands to create custom versions. If you’d like to put one in your garage, it’ll cost a very reasonable Rp65,000—which equates to US$4,500. 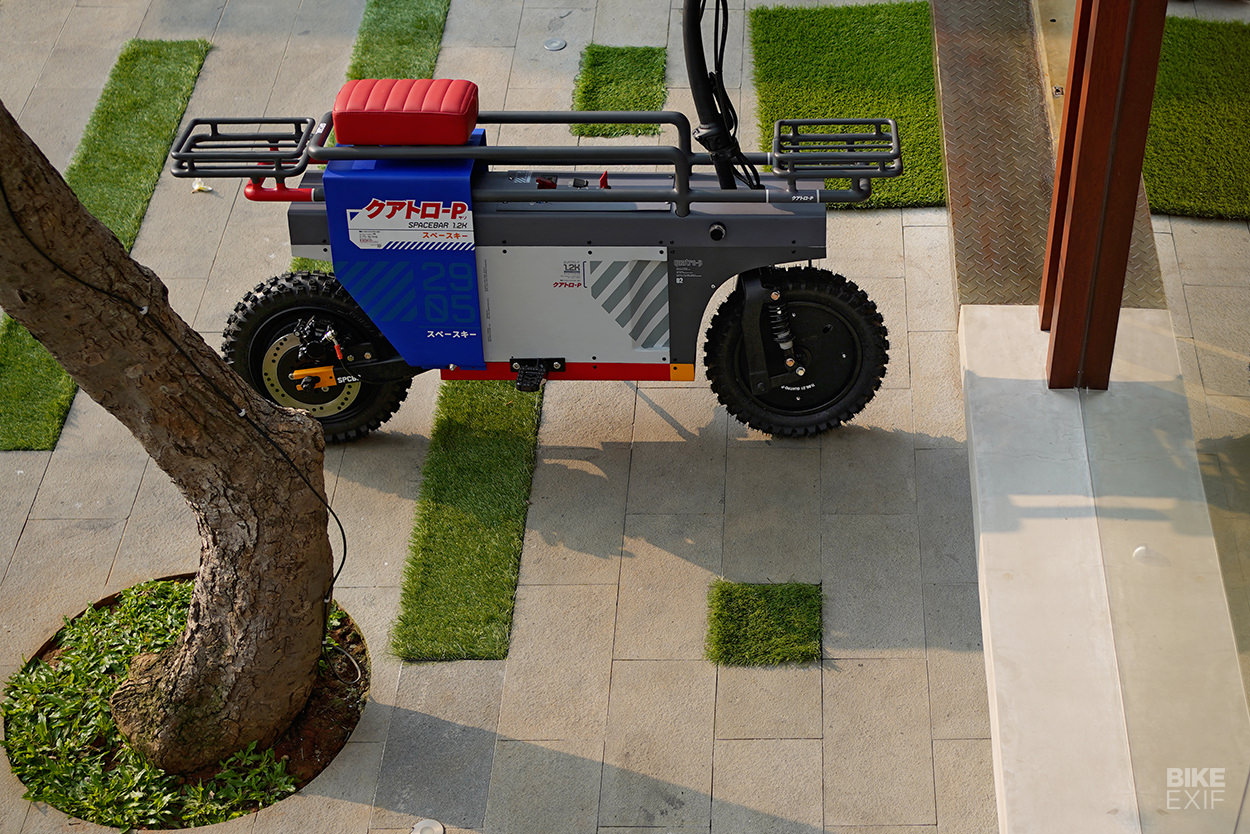 Katalis may soon have some competition, though. Last year, Honda filed a trademark in the US to use the name ‘Moto Compo’ for an electric scooter. Whatever could they be planning ..? 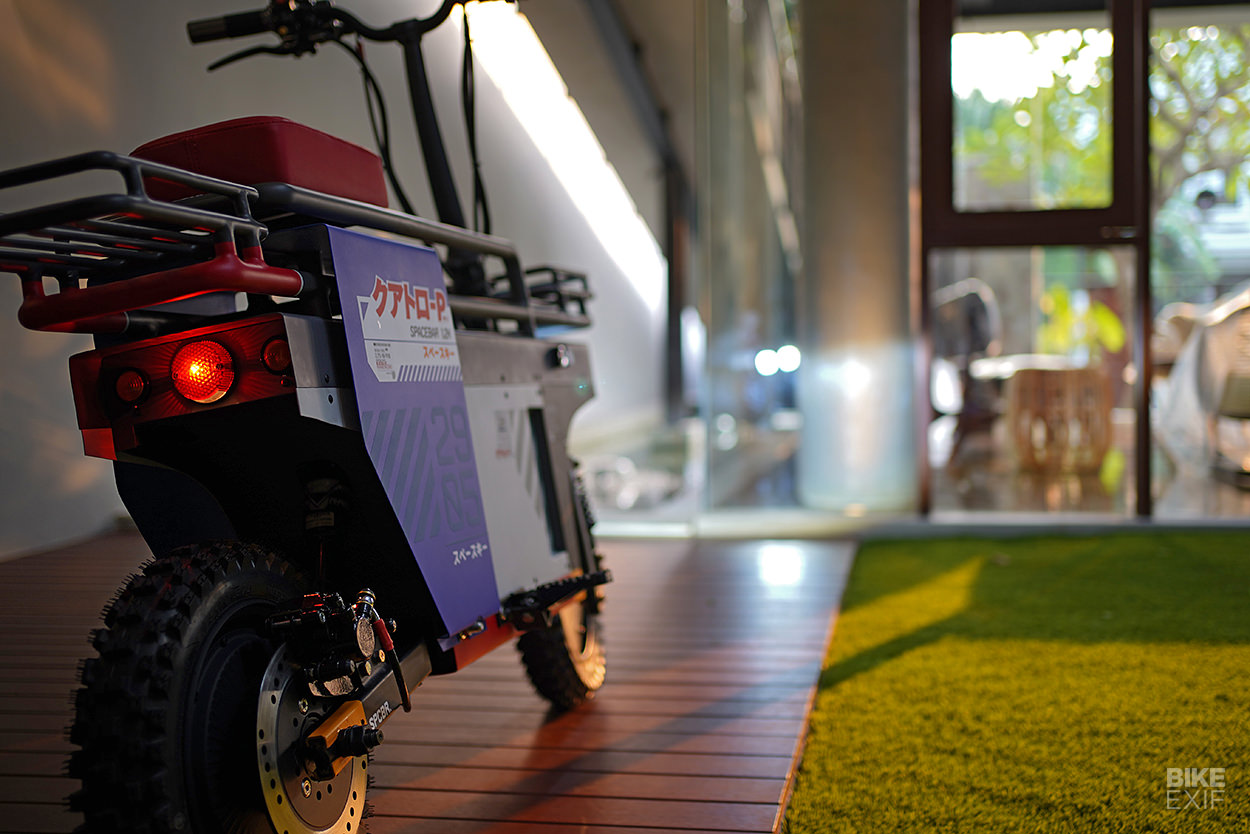