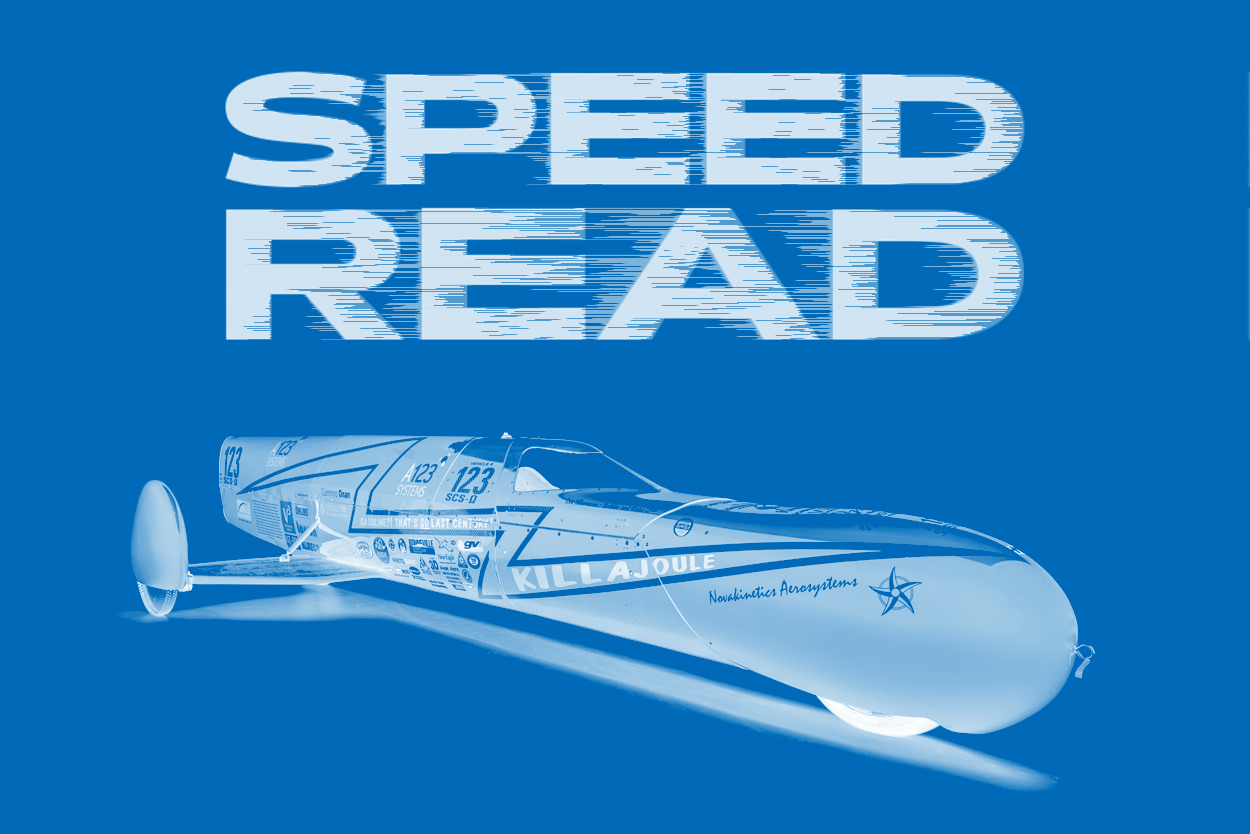 There’s a lot to drool over this week. How about a classic ‘streamliner’ sidecar rig based on a modern Triumph? Or a road-legal Honda CB500 racer? Or a retro kit for the Honda CB400 Super Four?

If that’s all a little too pricey for you, check out the latest motorcycle exhibition coming up at the Petersen Automotive Museum—which includes one of our all-time favorite customs, the Zero XP by Untitled Motorcycles. 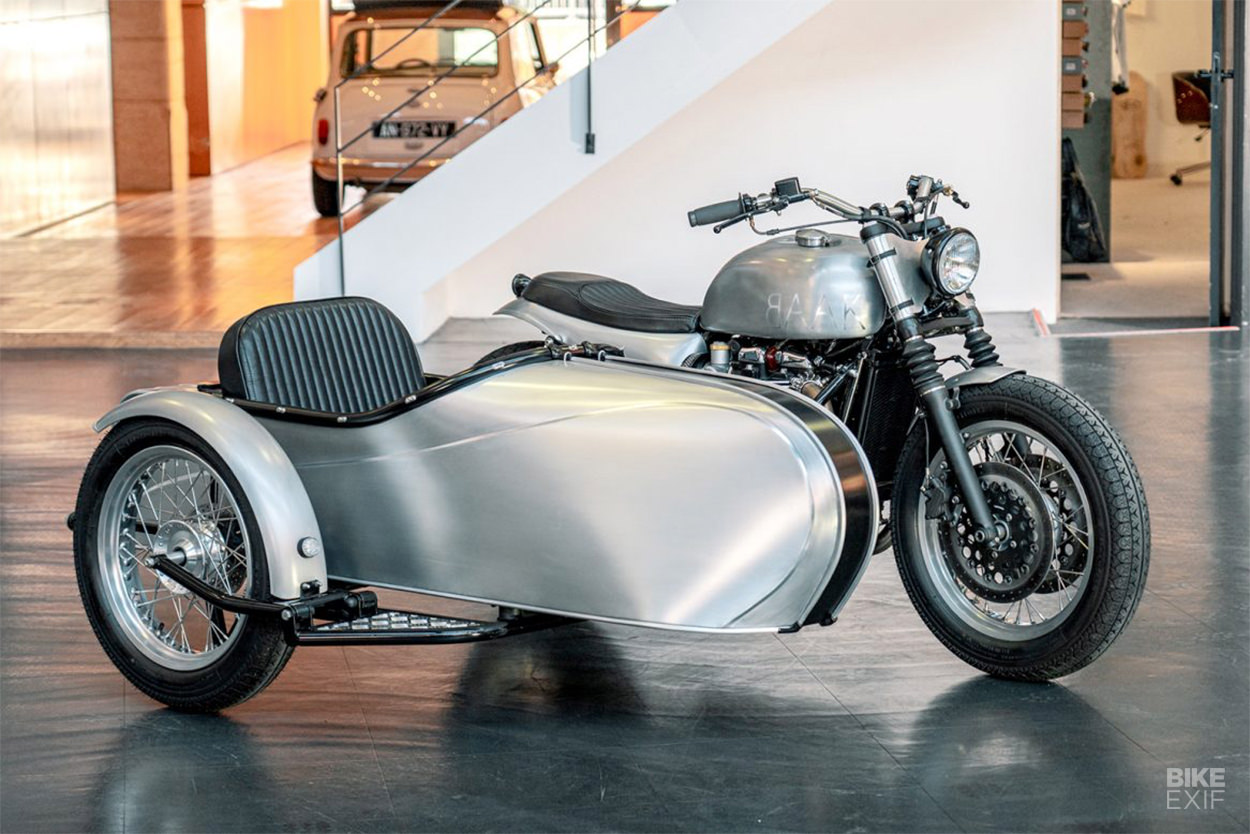 Alliance II sidecar by BAAK Motocyclettes We’ve always had a bit of a thing for sidecar outfits, from practical Urals with two-wheel-drive to elegant vintage contraptions. This new release from BAAK’s workshop in Lyons has a foot in both camps: it channels the style of yesteryear but also includes a whopping 70 liters of trunk space. 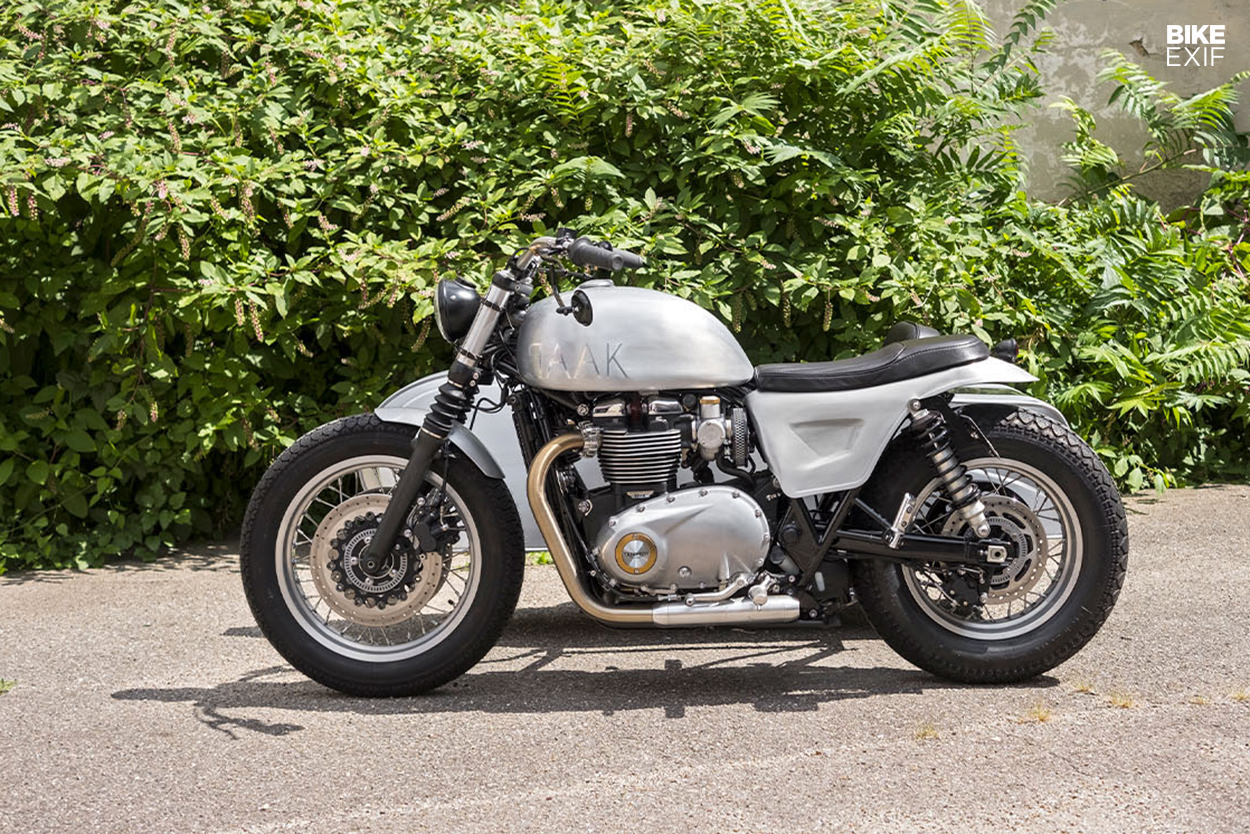 The sidecar was built with the help of the top French specialist Précision Side-cars. It’s based on their Gran’Large model and is paired with a Triumph T120 that’s been beautifully customized to match. The sidecar features a third shock carefully dialed in for maximum comfort, and the third wheel is also braked.

The craftsmen at BAAK carefully hand-brushed the aluminum skin, and polished stripes were added to compliment the ‘streamliner’ aesthetics. Simple yet elegant leather upholstery wraps the entire passenger compartment, with classic linear stitching to keep the theme going. And there’s an Alpaga tonneau cover to protect the innards when there’s no passenger. 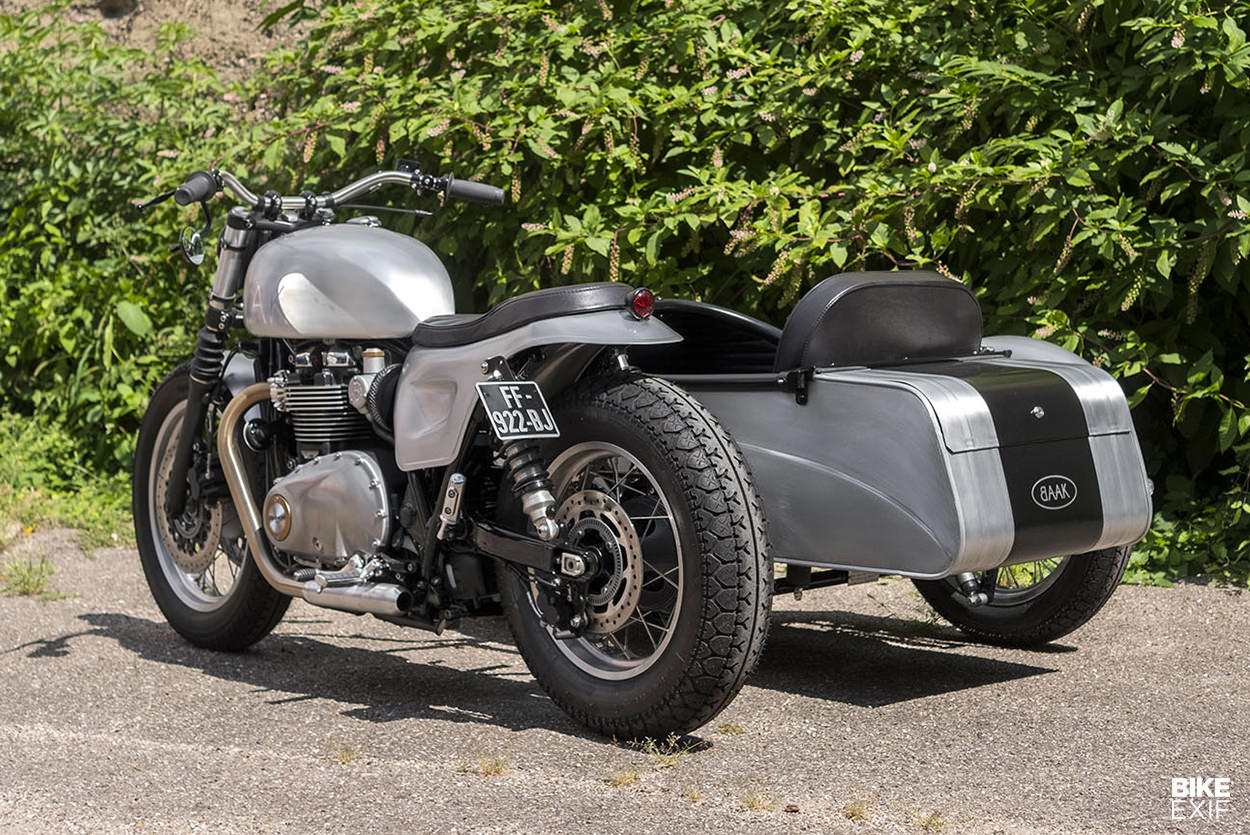 The T120 has been fitted with custom aluminum bodywork with a satin finish. The cockpit has been cleaned up and a repro Bates headlight (with integrated speedo) sits ahead of the bars.

The whole vibe is just perfect, and unlike many custom builds, incredibly practical. It sure beats doing a run to the shops with a backpack tugging at your shoulders. [More] 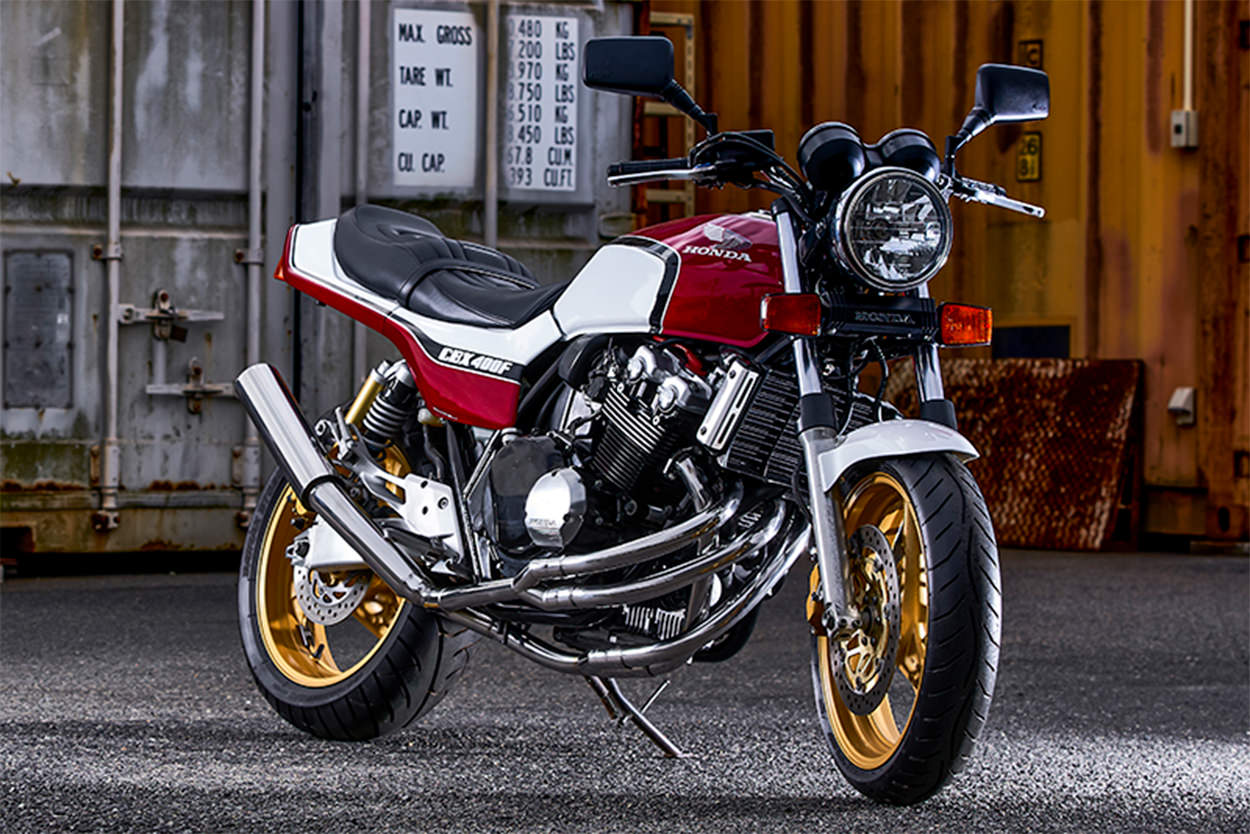 Honda CB400 Super Four retro kit Doremi is a well-known workshop in Japan, but flies under the radar in the west. Occasionally they are asked to collaborate with manufacturers, as happened with Kawasaki’s Z900RS project, but they also build bikes and sell a huge array of parts. 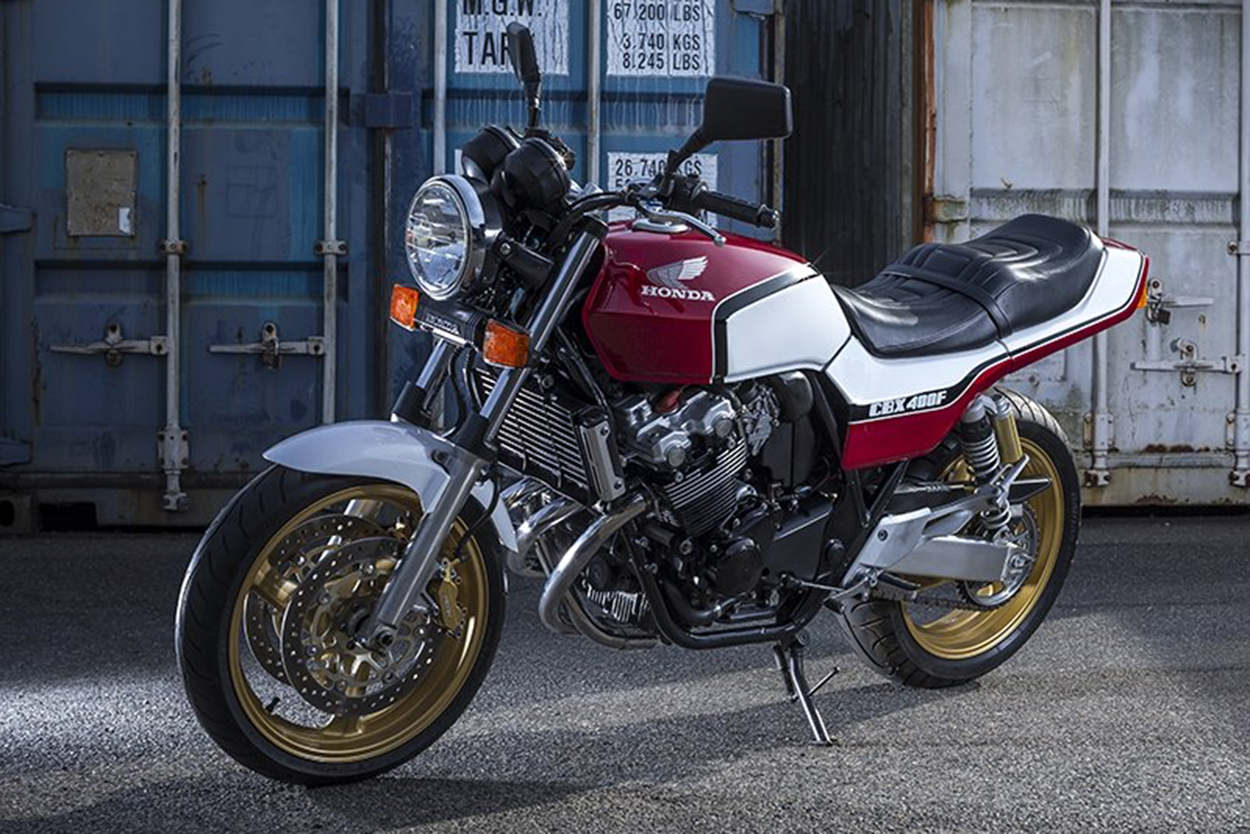 The Kurashiki-based workshop has just released a kit for the Honda CB400SF, which is a popular bike in SE Asia—and was sold in Australia until around five years ago. The SF is not a bad looker in factory form, but the kit elevates it to a new level by assimilating the style of the 1980s CBX400. 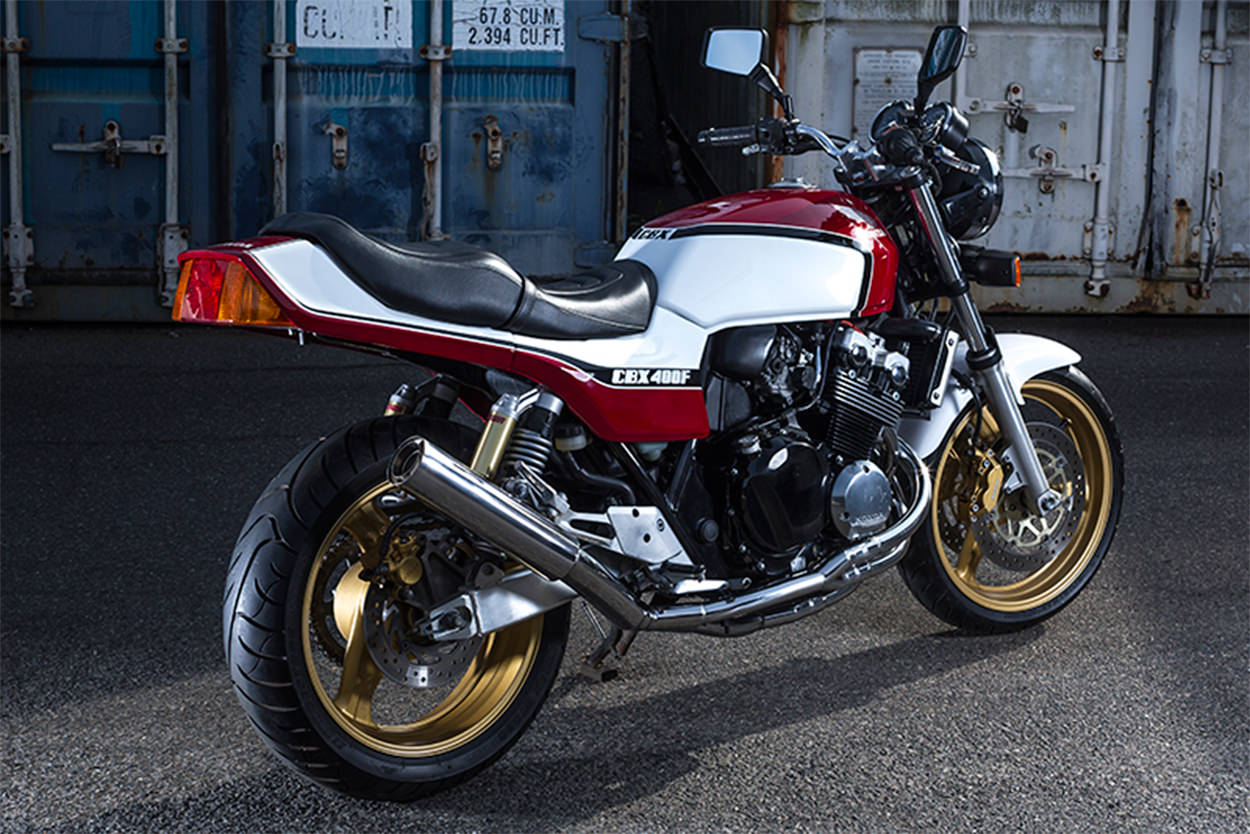 The kit includes a new steel fuel tank, with provision for relocating the pump. There’s also a new seat/tail unit that apes the CBX remarkably well, despite the current bike having a twin-shock rather than monoshock setup. Even the stitching on the seat mirrors that of the CBX.

Other parts include the distinctive four-into-one exhaust system, complete with the crossover pipe that put the ‘X’ into CBX, and a slimline muffler. 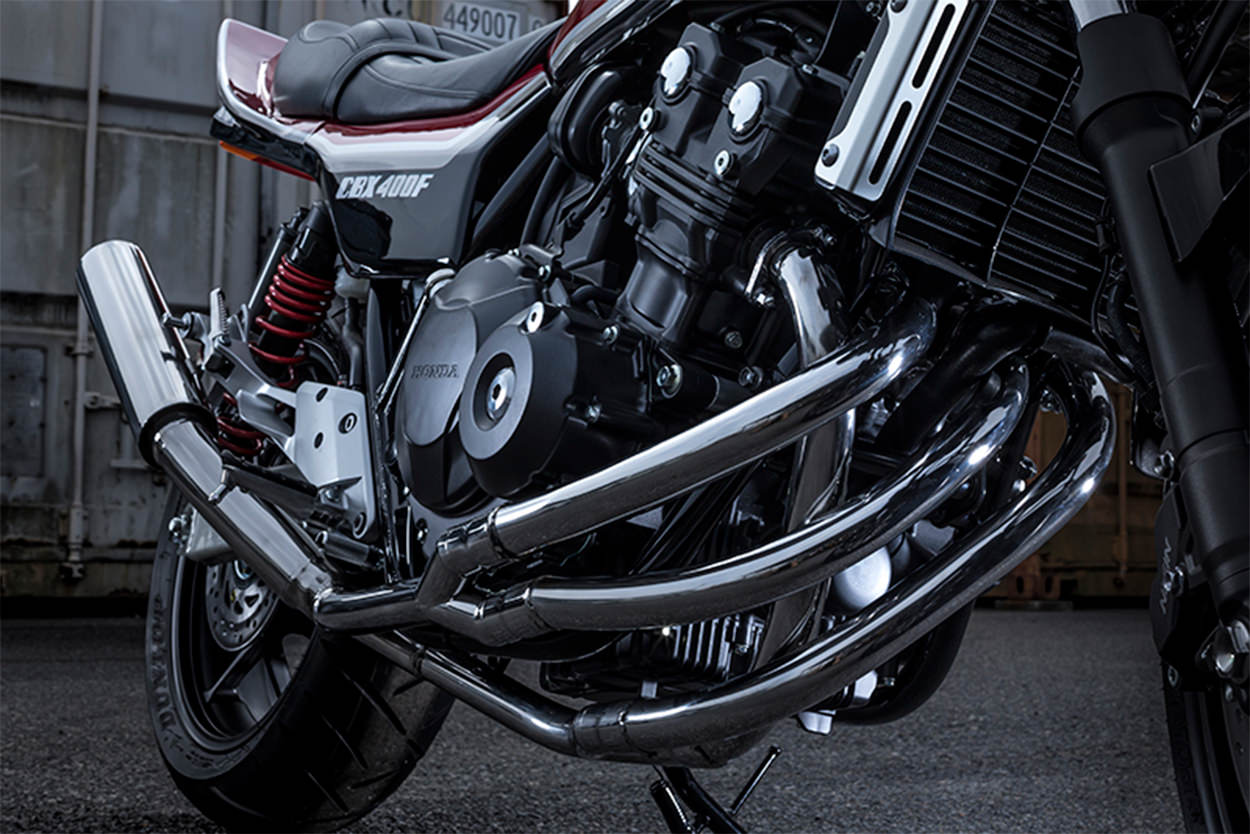 The kit was revealed at the Tokyo Motorcycle Show a couple of weeks ago, and Doremi are still finishing off the production details. The good news is that it’ll be priced under ¥300,000, which is around $2,400. That sounds like a bargain to us. [Via] 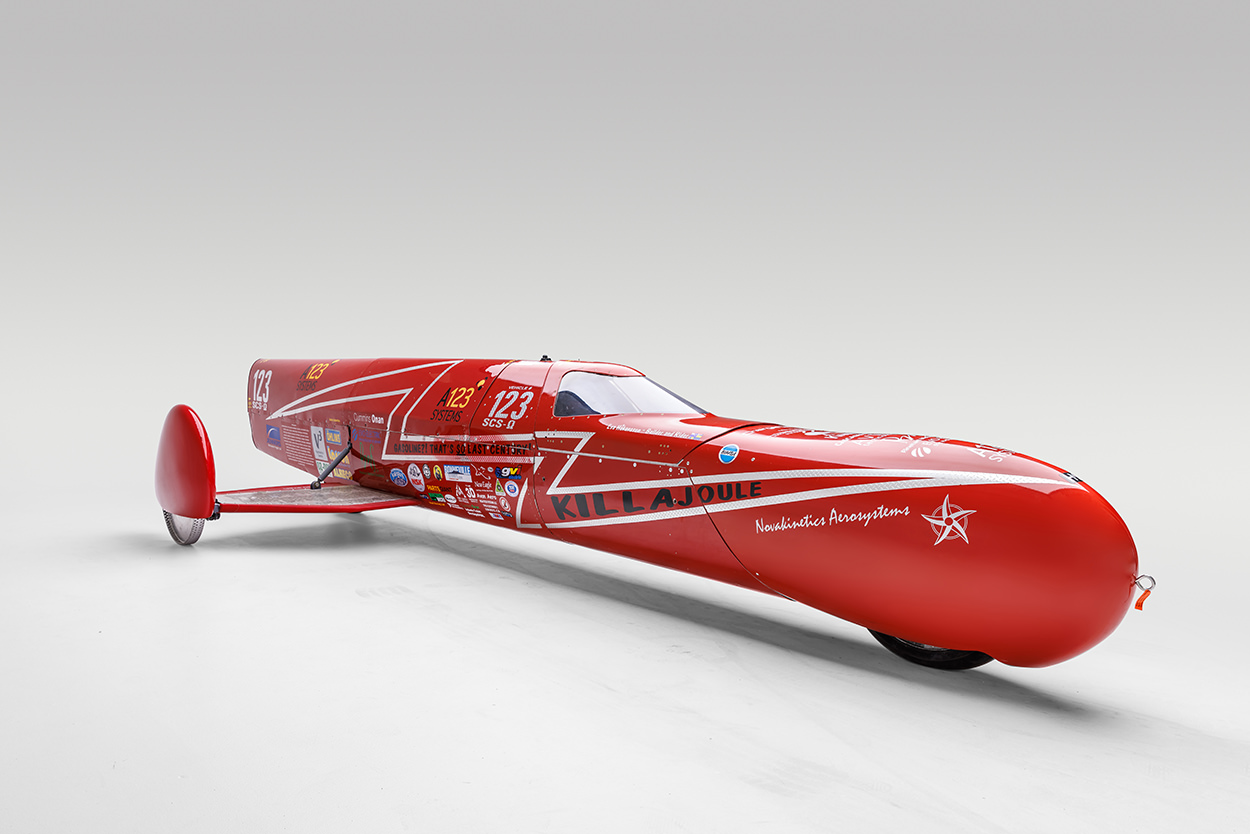 They’ve been selected by Paul d’Orleans of the Motor/Cycle Arts Foundation. Highlights include KillaJoule [above], the home-built land speed racer that Eva Hakansson took to 240.7 mph. Built by Hakansson and her husband at home—and with a limited budget—it’s the fastest sidecar streamliner ever, regardless of engine type. 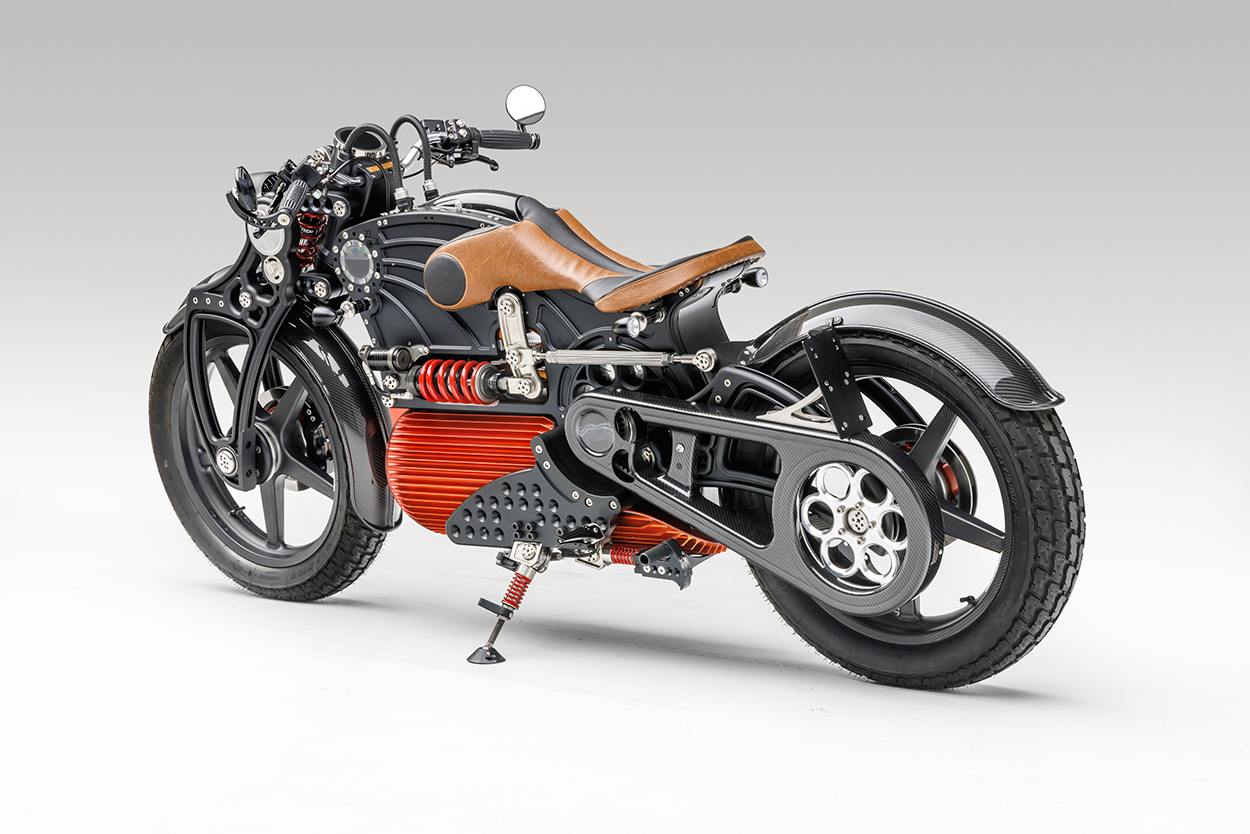 Making its worldwide public debut will be the ‘The One’ by Curtiss Motors [above], designed by JT Nesbitt. Visitors will also be able to inspect Walt Siegl’s ultra-minimalist ‘RONTU’ that uses carbon fiber, aluminum and a lack of body panels to keep weight down to a mere 100 lbs.

Hugo Eccles’ avant-garde and award-winning ‘Zero XP’ [below] will be familiar to readers of this site. It’s a radical reinterpretation of the production Zero SR/F, and one of the most striking electric bikes we’ve seen. 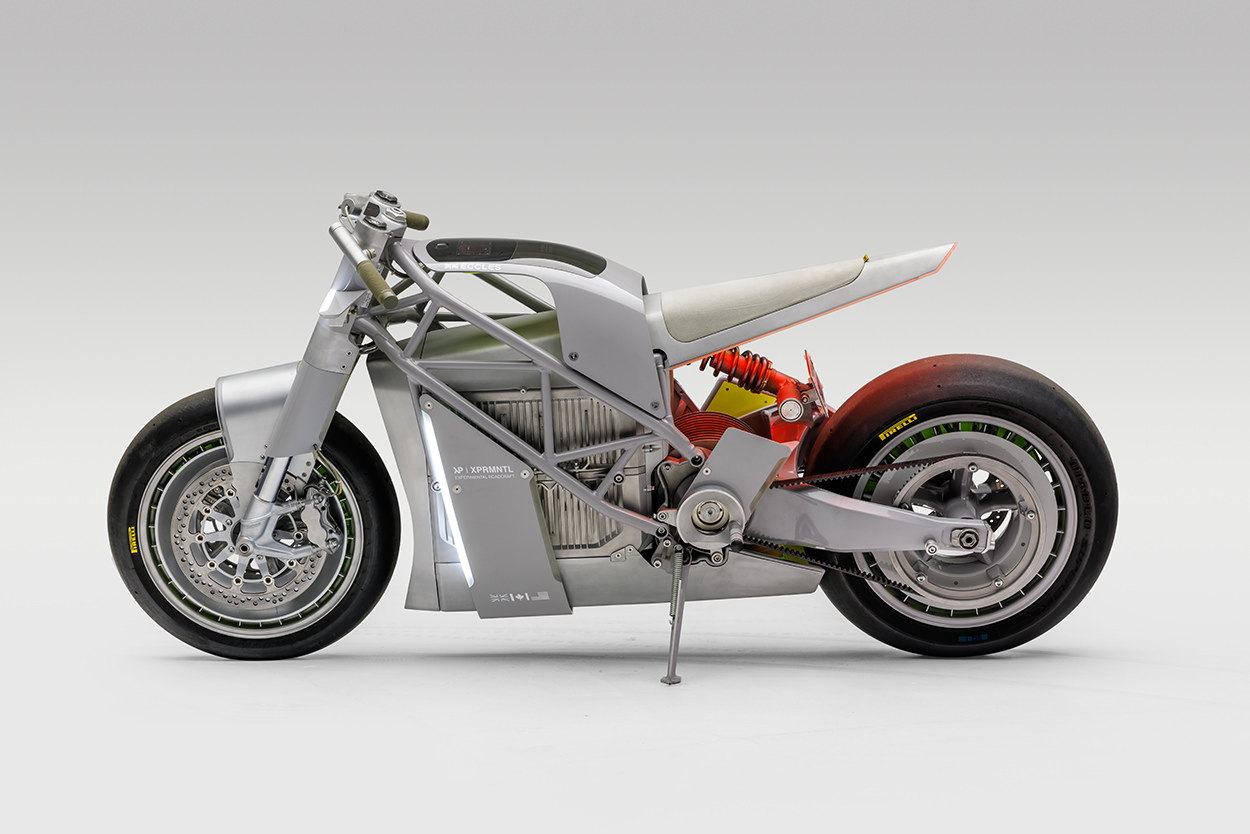 “It is incredible how far electric motorcycles have come in the short time from our first exhibit in 2019,” says Petersen Executive Director Terry L. Karges. “The detail, level of craftsmanship and unorthodox thinking behind these electric motorcycles make them must-sees.” [Petersen Automotive Museum] 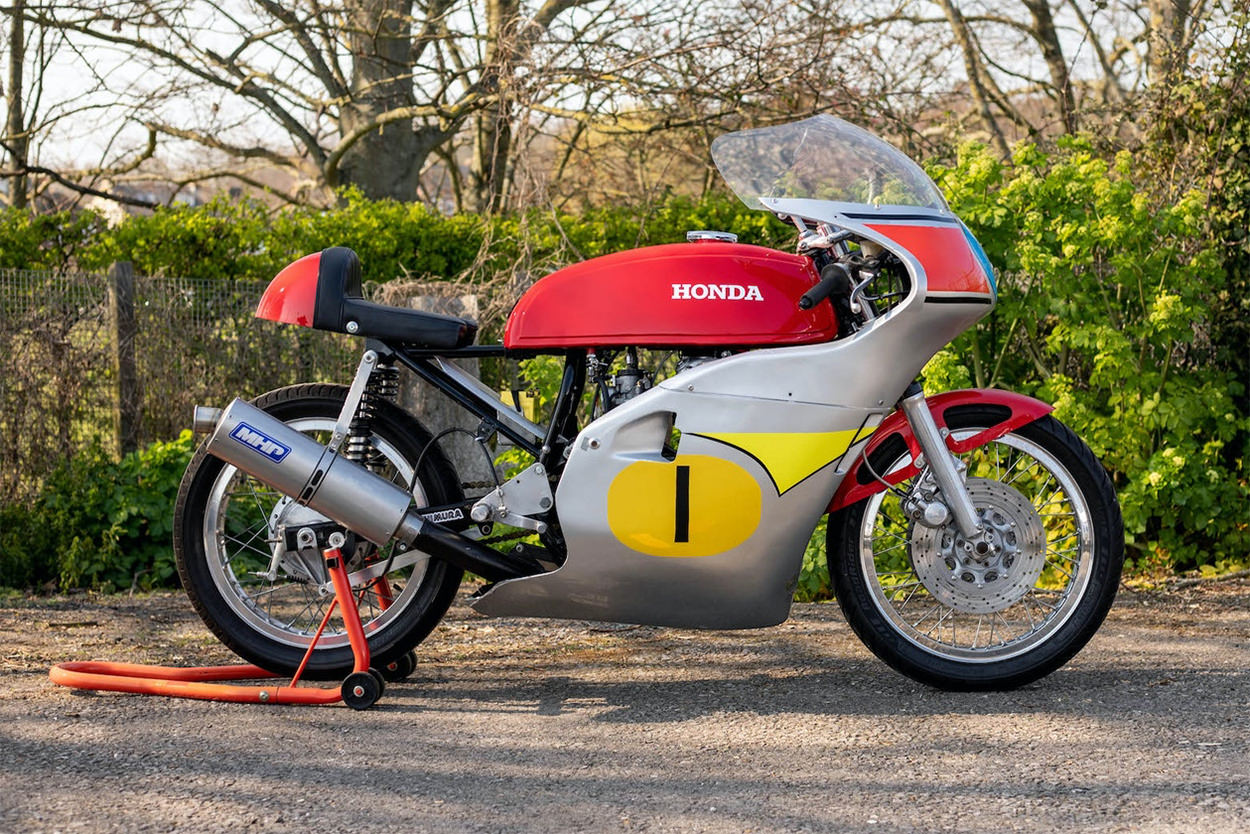 1970 Honda CB500 Racer There aren’t many successful race bikes that you can legally ride on the road, but this is one of them. It was built in the late 70s by racer Brian Brownrigg, and won several British championships before being registered for the road in 1997. 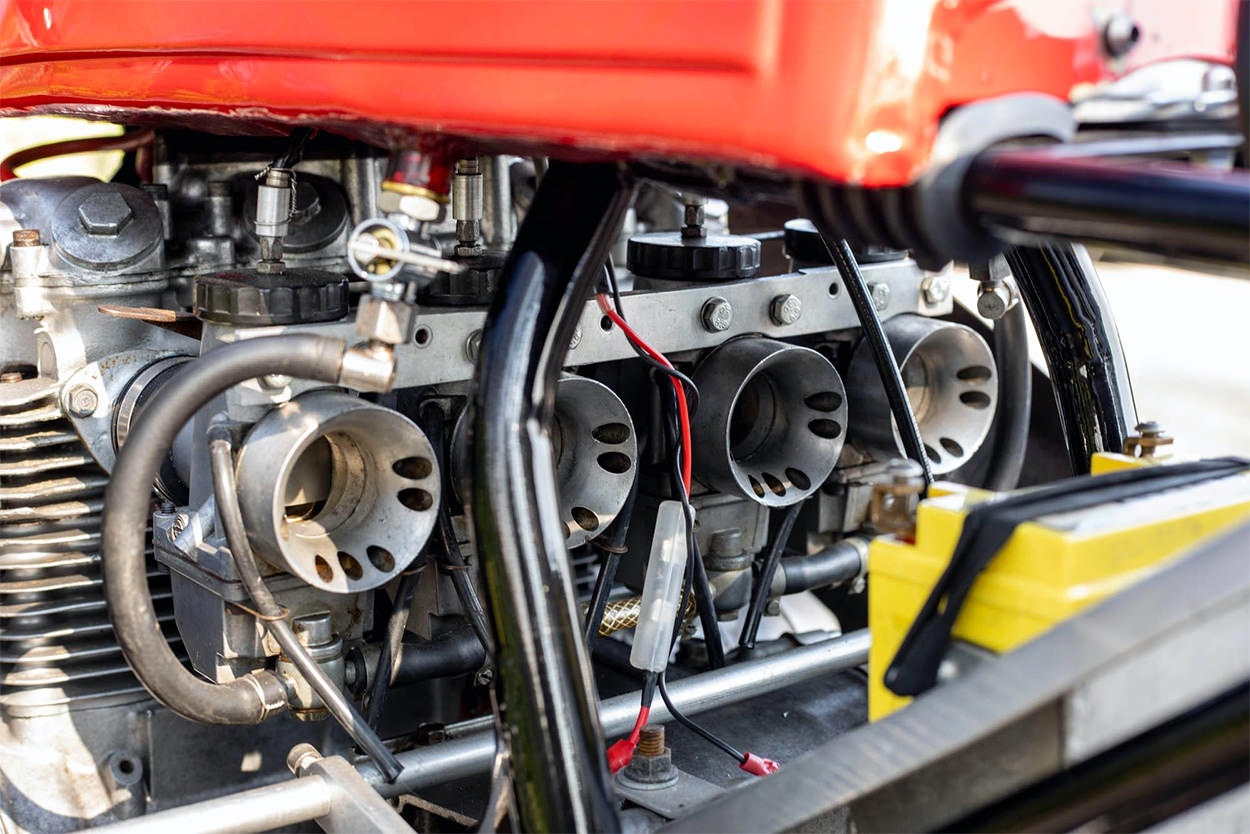 Brownrigg converted the rear suspension to monoshock, and had the CB500 engine tuned. The inline four is ported and balanced, and also sports 20mm Amal Mk II carburettors, a Yoshimura YH-2-1 race cam, uprated pistons, a re-bore out to 56mm and a Kibblewhite valve spring kit to stop the whole shebang from blowing up.

New brakes keep the machine roadworthy, and for a storied race bike, it’s in pretty good cosmetic condition too. 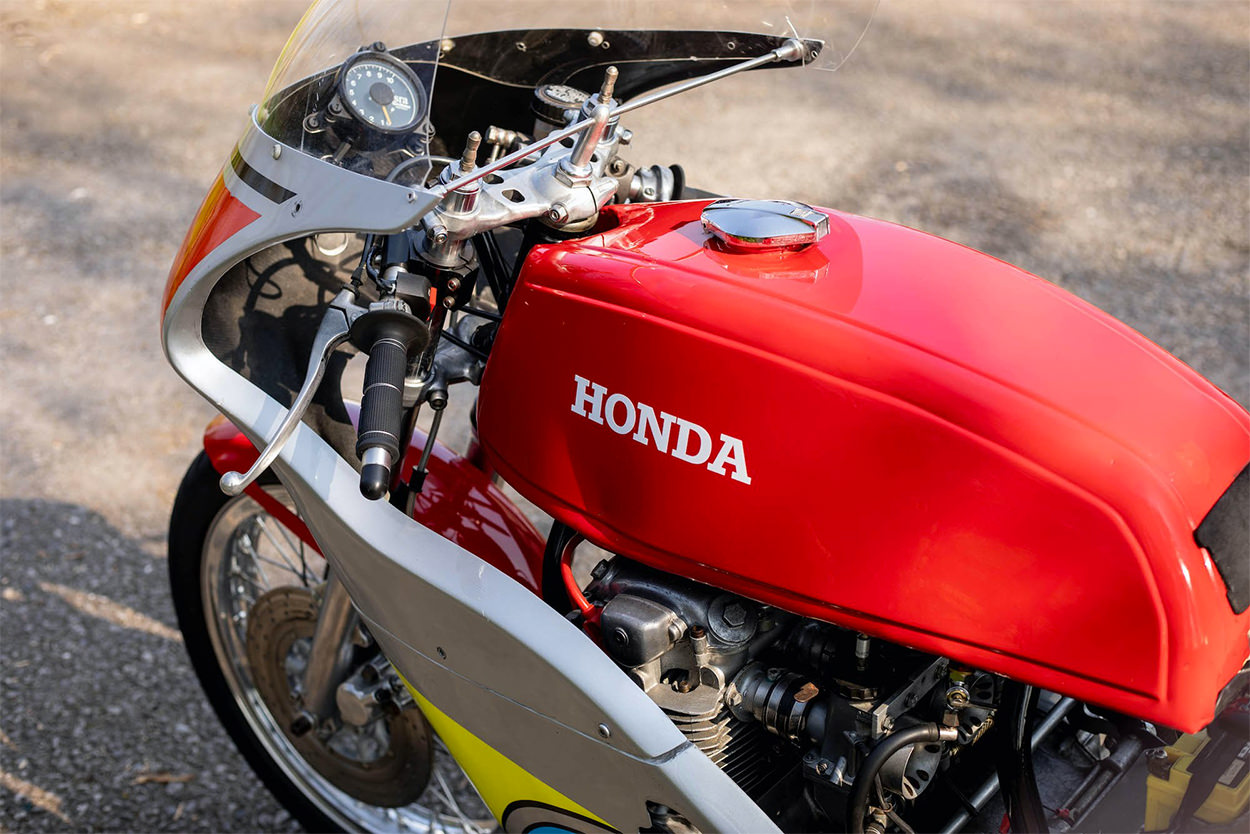 If your idea of a good weekend is blasting a genuine retro racer around country lanes, then you’ll be happy to know that the CB500 is for sale. It’s being offered by Collecting Cars and is based in East Sussex, England.

Bidding is sitting at a very reasonable £2,500 as I write this, but you’ll need to be quick. The auction is literally about to finish. [Via | Auction page] 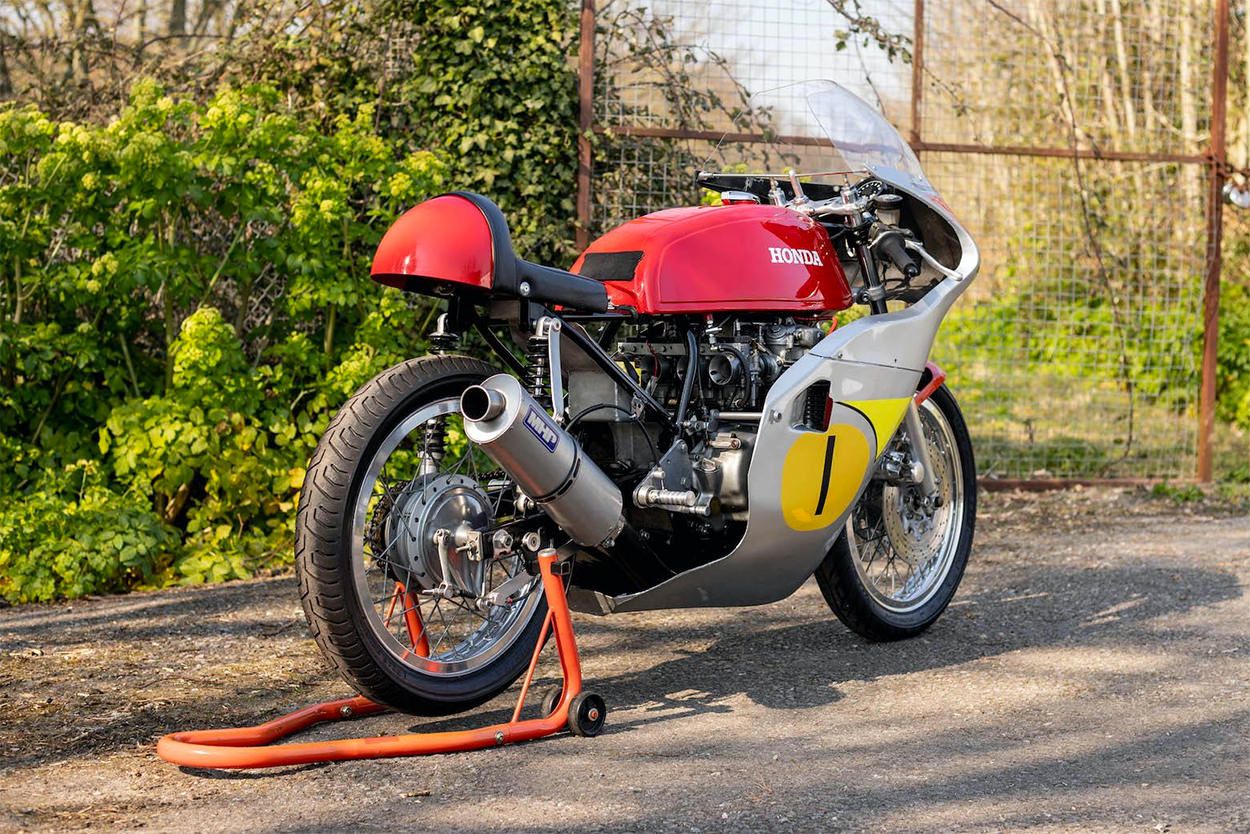