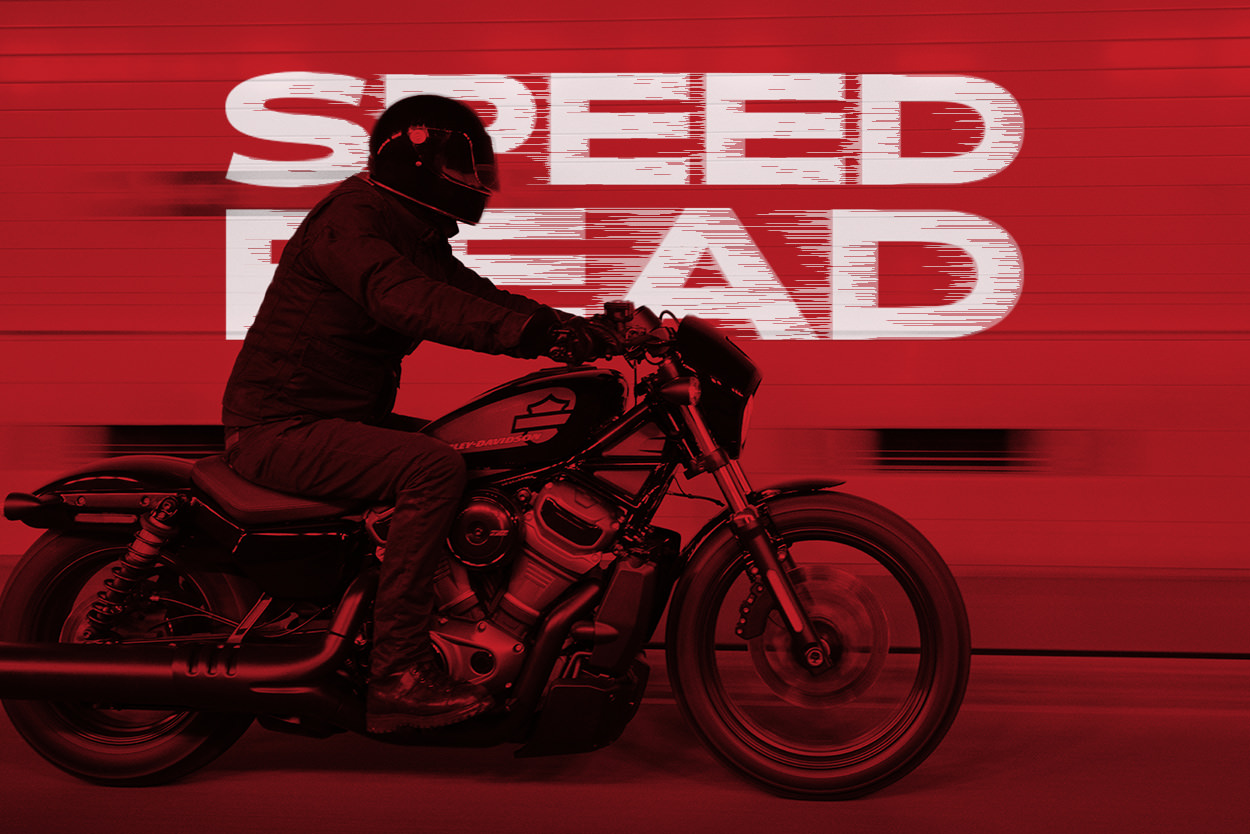 Harley-Davidson expands their new Sportster line with the 975cc Nightster. Plus we profile a BMW R18 from Canada, a Ducati SportClassic from San Francisco and a KTM 300 EXC from Australia. But first, a look at what Indonesia’s Krom Works has been up to. 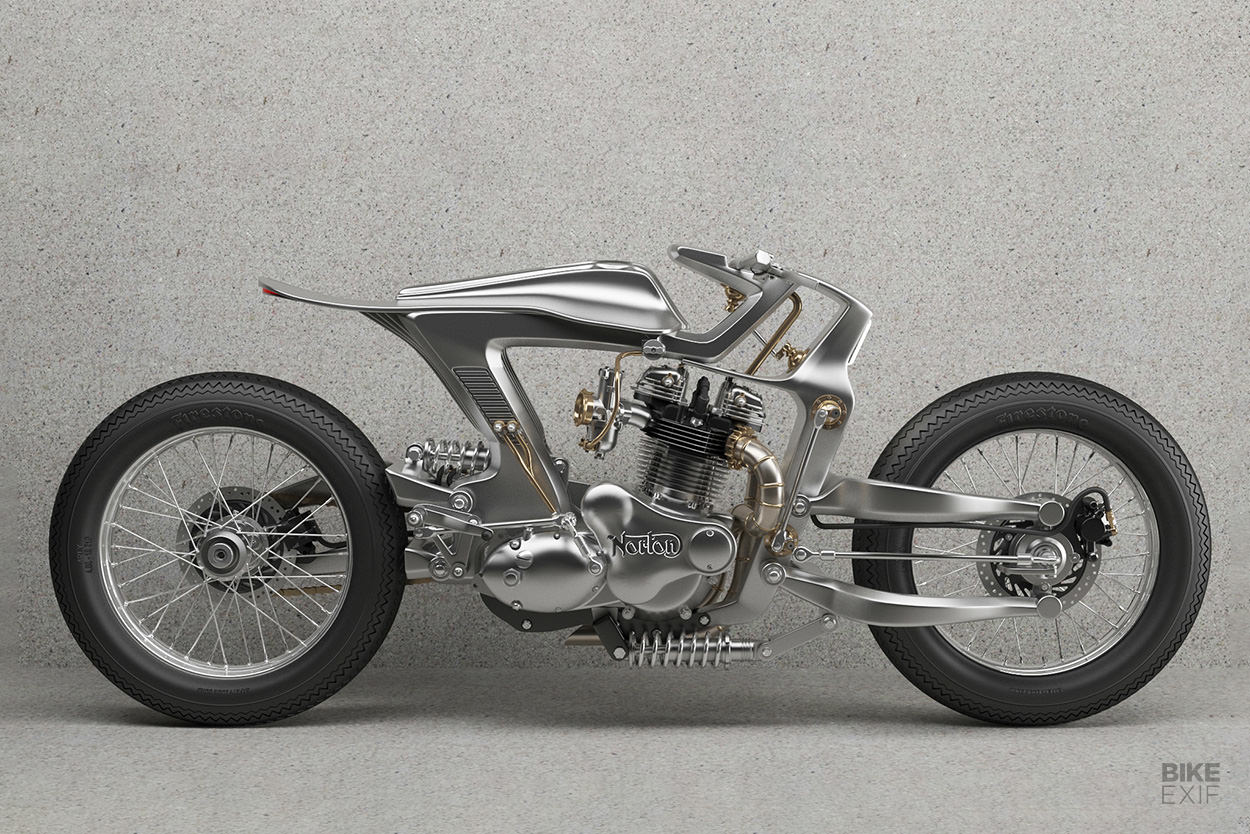 Norton Commando concept by Krom Works Andika Pratama at Krom Works has made a name for himself through his impressive metalworking skills. But today we’re looking at something purely digital from the Indonesian custom builder—namely, the renderings for his next project.

It’s an ambitious one, no doubt. Andi was sent a 1970 Norton Commando engine from the UK, with a mandate to build something “radical.” We’d say he’s on the right track. 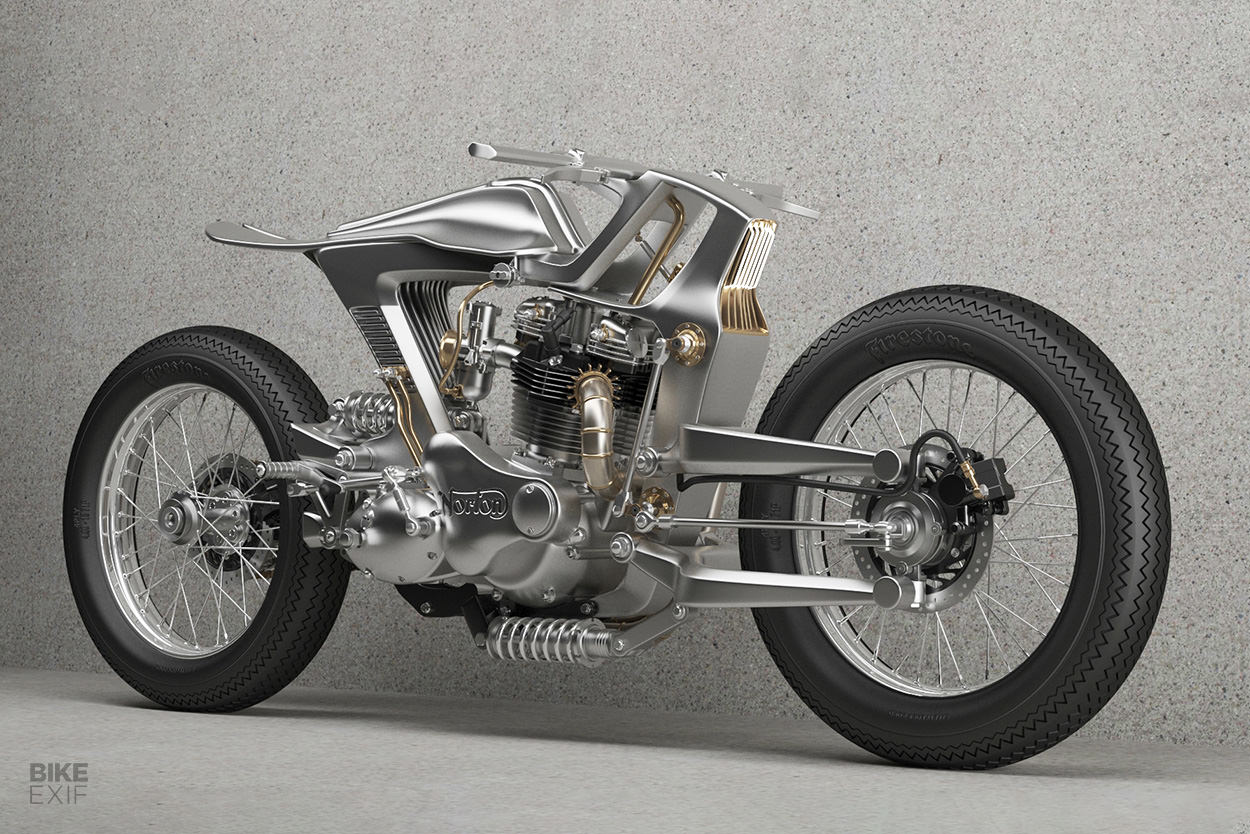 These designs show the Norton mill wedged into a completely scratch-built frame, where the bodywork is indistinguishable from the chassis. The suspension is particularly intriguing, with single-sided swingarms doing duty at both ends, and a complicated braking system.

“Not easy, but it should work,” says Andi, “because for me this bike has to be very unique.” 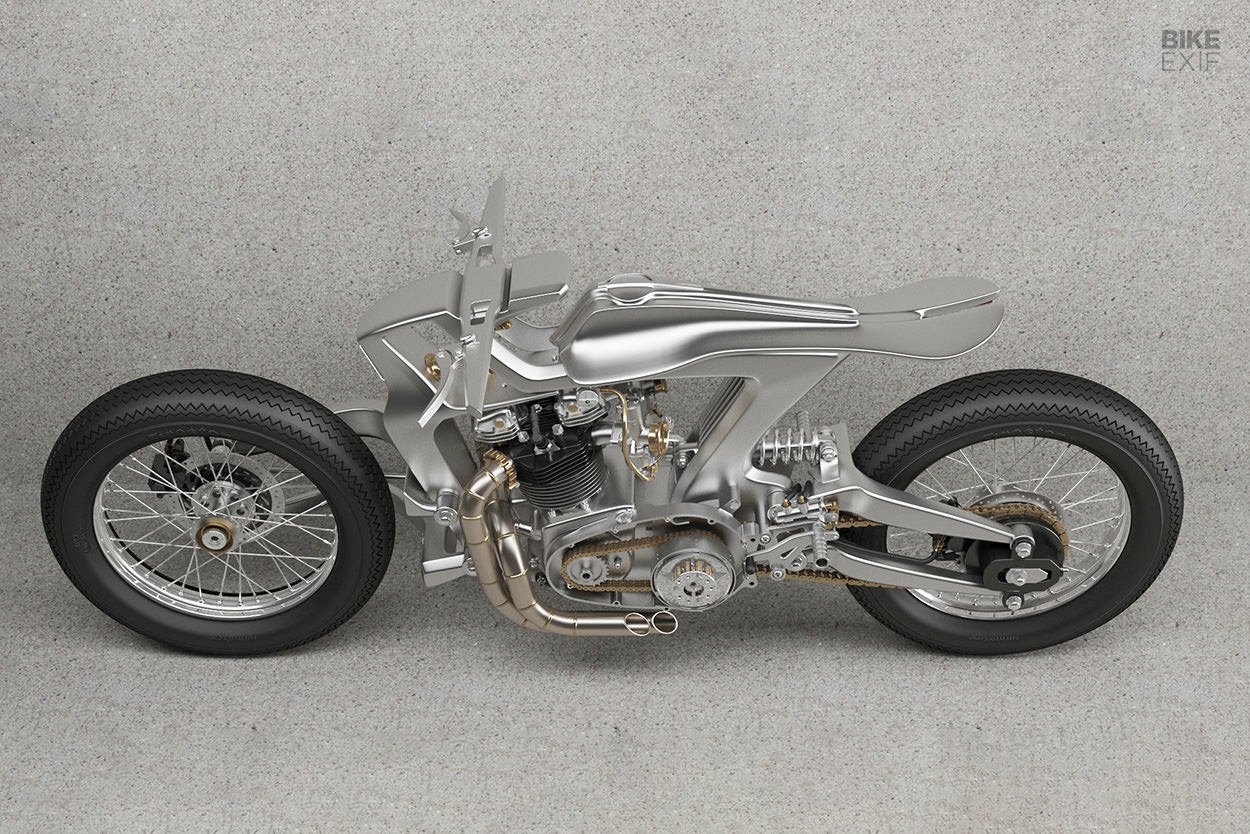 The level of detail packed into these renderings also show that Andi’s put a lot of thought into the build, before putting hammer to metal. Every box appears to be ticked, right down to interesting treatments for the lights, and a slew of brass details.

Andi has already started tacking the initial framework together out of stainless steel, but there’s still a ways to go. He’s hoping to wrap it up by October-ish—and we’re counting the days. [Krom Works] 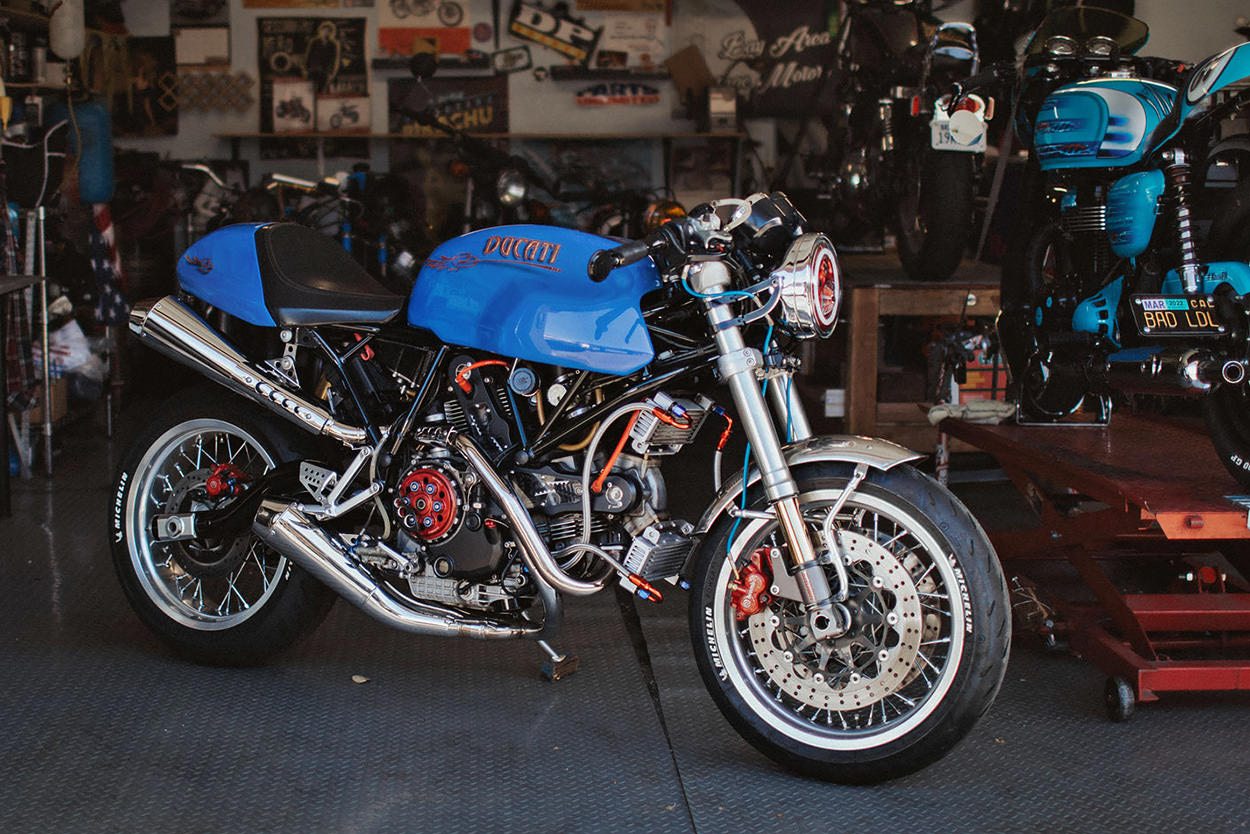 This is already the third custom SportClassic that Rodrigo’s built, and it makes a strong case. The idea here was to evolve the original design rather than reinvent it, and throw a bunch of upgrades into the mix. “Keeping a classic look but getting the modern-day R&D perks,” as Rodrigo puts it. 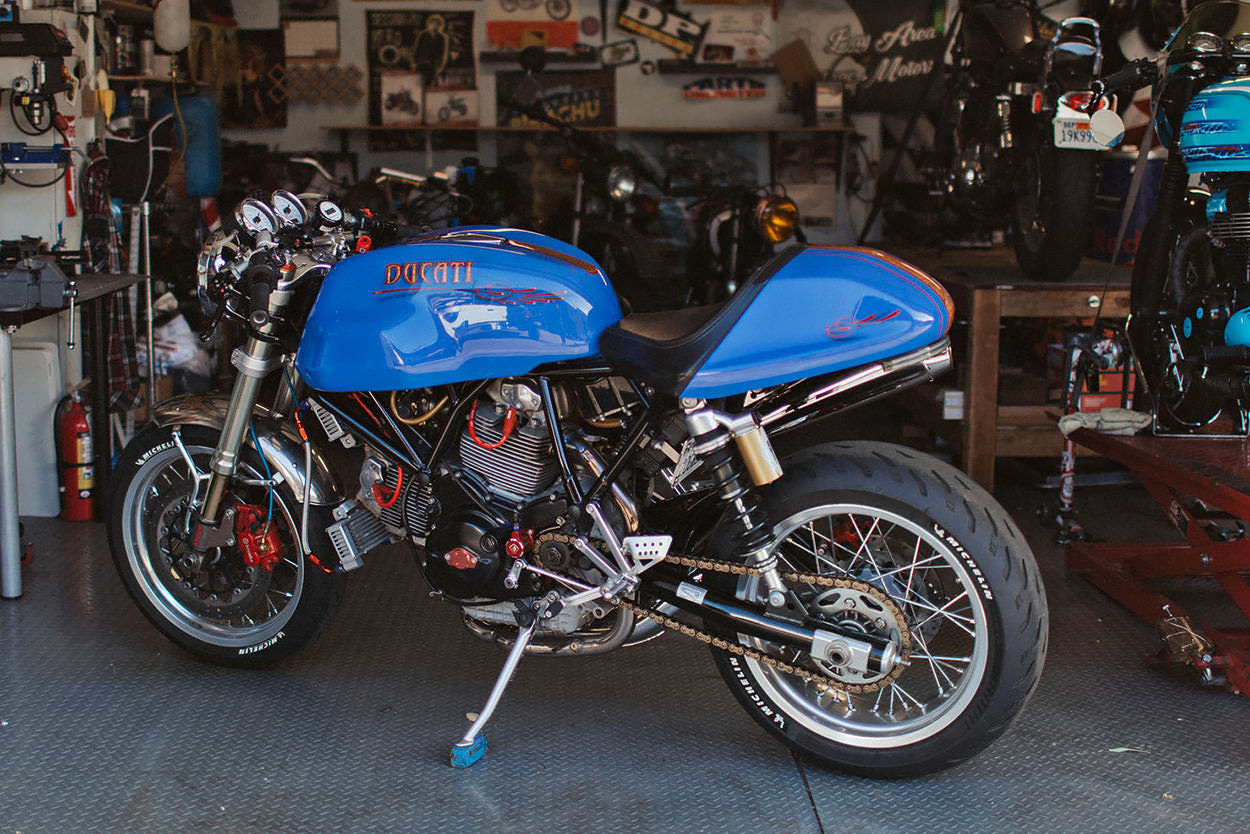 To eke more performance out of the 992cc V-twin, DNA Motor Labs started with high-flow velocity stacks and a custom two-into-two exhaust system from Zard. They also installed an upgraded fuel pump, a vented slipper clutch and a custom twin oil cooler setup. And they remapped the bike, naturally.

The SportClassic was specced well enough from the factory, but the crew upgraded the brakes and added a steering damper anyway. The tires are Michelin Power 5s. 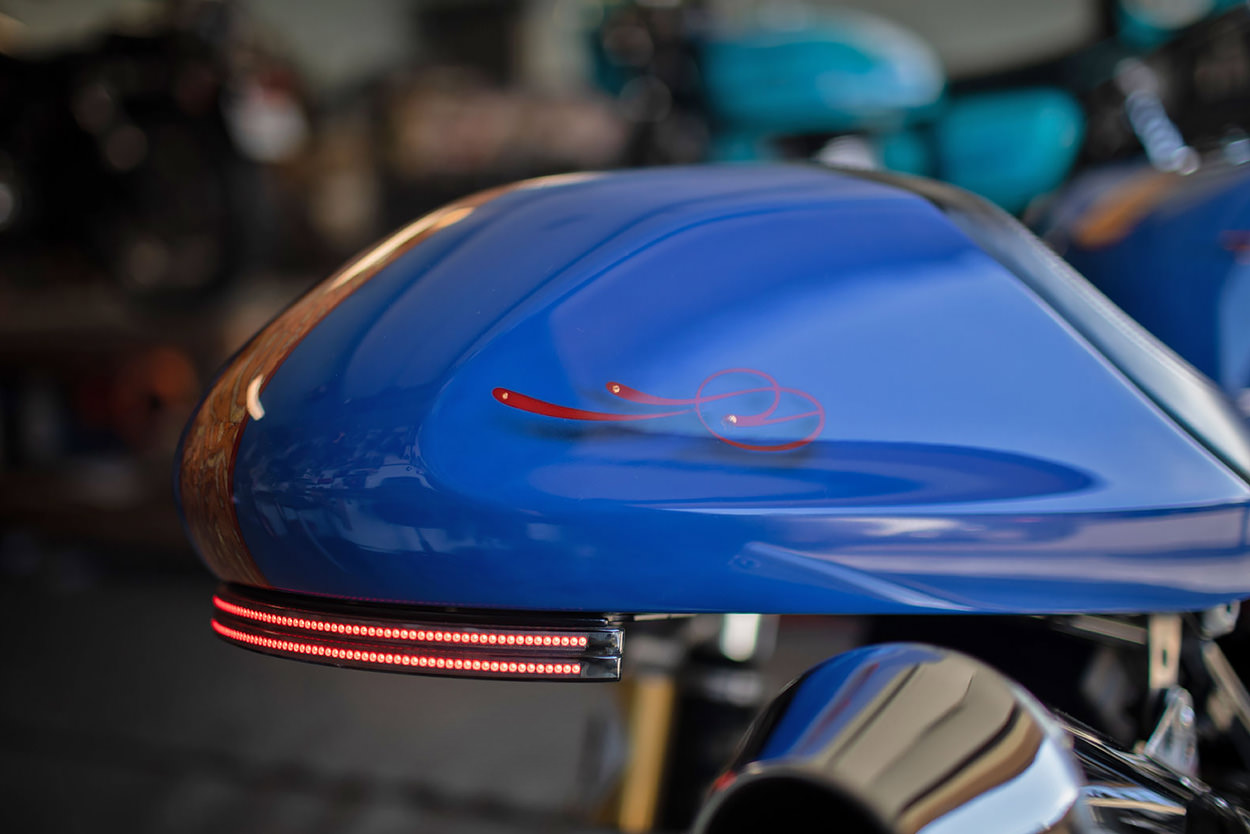 Aesthetically, DNA Motor Labs’ SportClassic only really strays from the original recipe in one significant way: its paint. This one’s been dressed in a Volvo blue, with subtle gold leaf details. It’s a color Ducati’s never used, but the SportClassic wears it well.

Other touches include a custom build front fender, LED lighting and a smattering of Rizoma bits. Rodrigo also sprinkled on a bunch of anodized parts, along with color-matched wires and hoses. An open dry clutch basket and perspex ‘windows’ on the cam belt covers add a final touch. 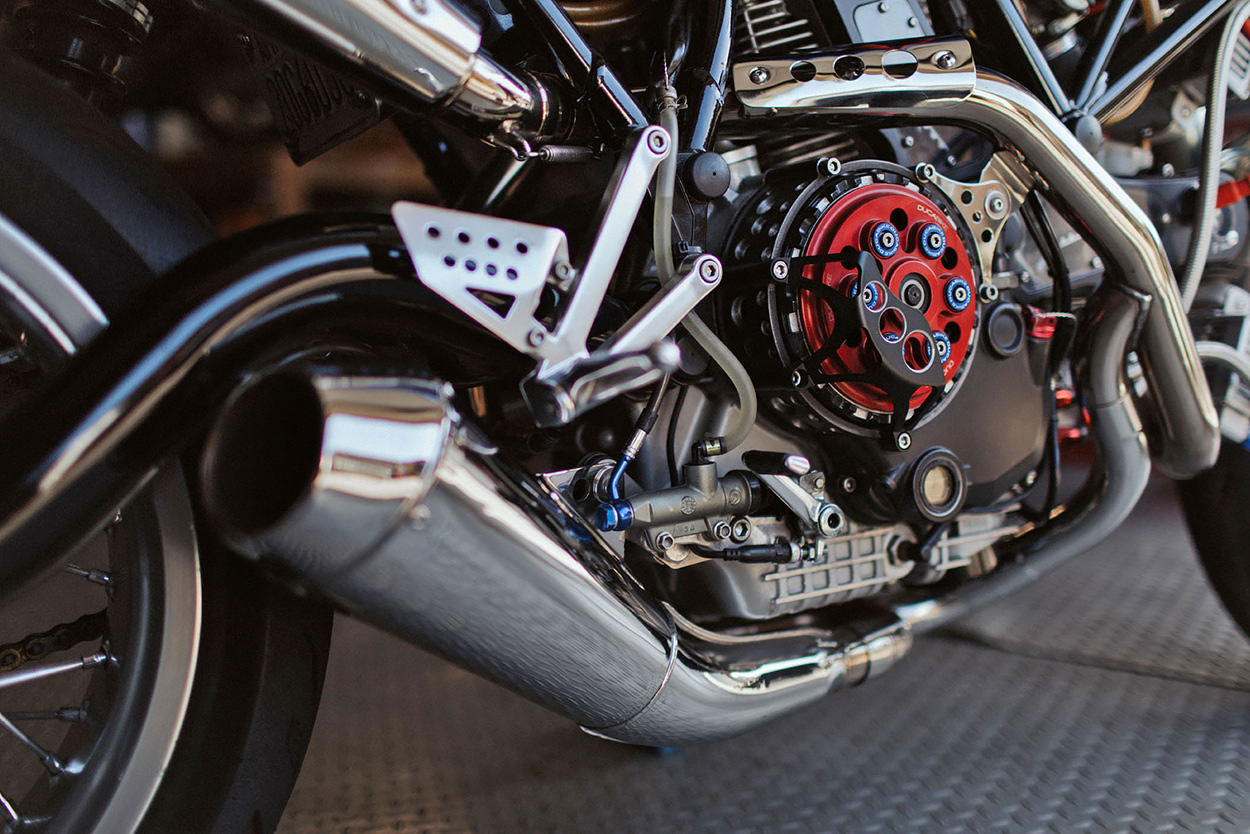 We’d be happy enough with a bone stock SportClassic in the garage, but DNA Motor Labs’ rendition is just that little bit more special. [More] 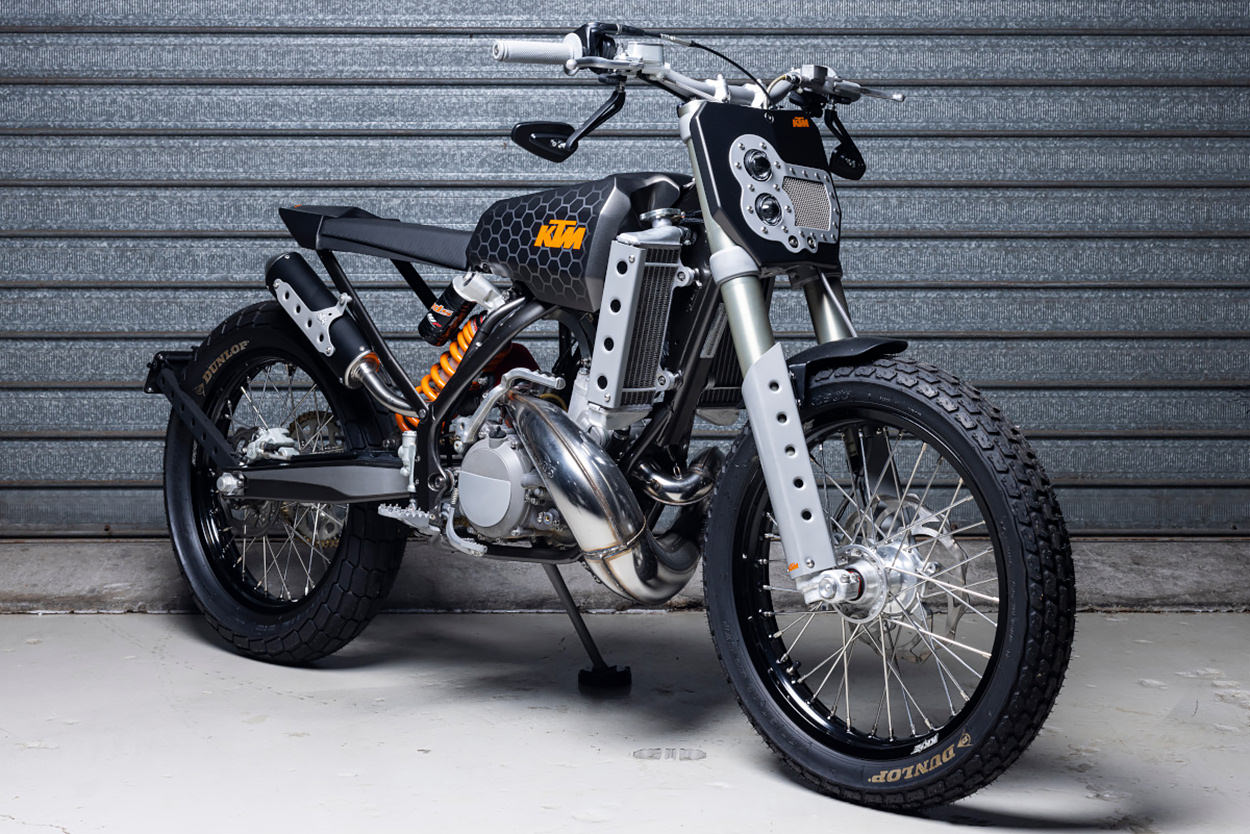 KTM 300 EXC by Black Cycles Light, agile and focussed, the KTM 300 EXC is a top pick for enduro riders. But Noel Muller of Black Cycles in Australia thinks it has more potential than that. When he was commissioned to customize a 2013 EXC by Zach Hegde at the Australian auto mag, Retromotive, he decided to turn it into a street-ready flat tracker.

Zach gave Noel full creative control on the project, so Noel pulled out all the stops. And what’s more, he didn’t send his client any sneak peeks along the way—saving it all for the big reveal. 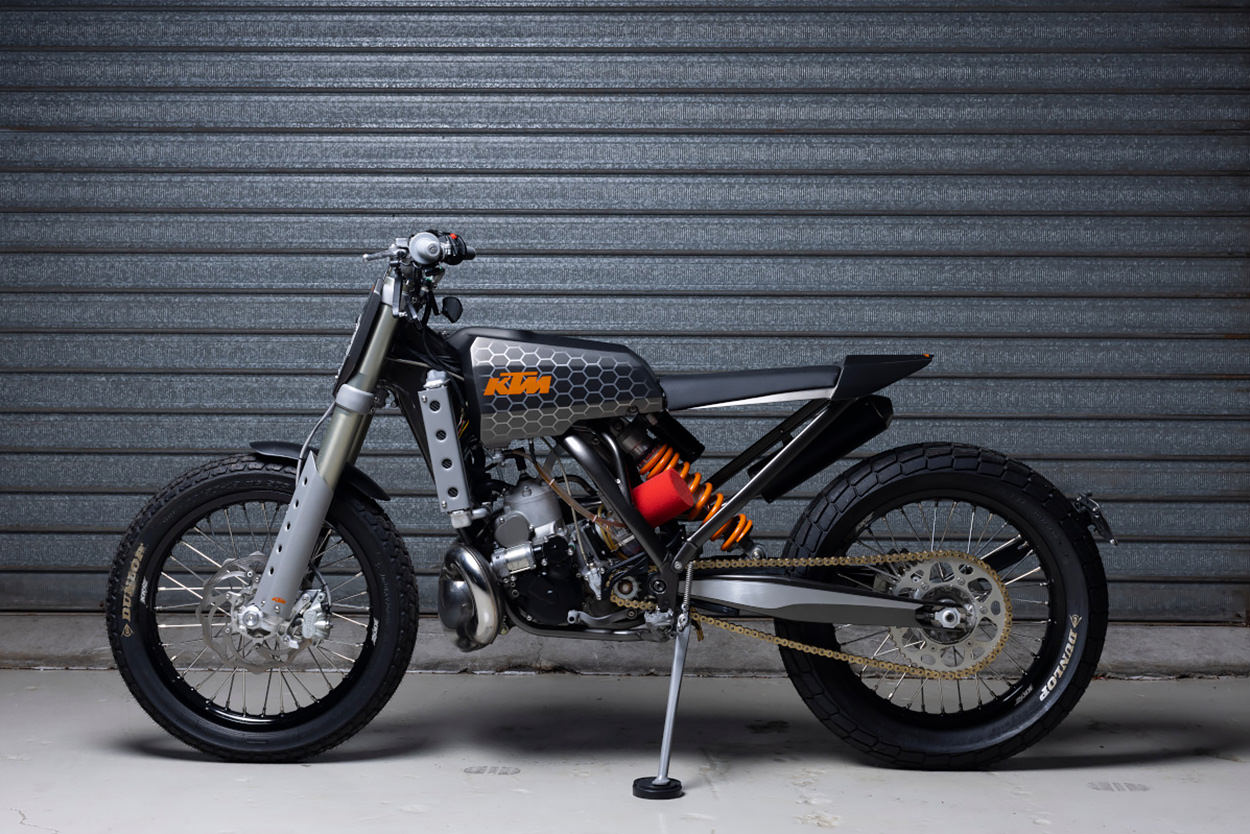 The KTM now rolls on custom-built 19” KKE alloy wheels, wrapped in Dunlop treads. The suspension was lowered at both ends, and the front forks reinforced with a stainless steel brace. 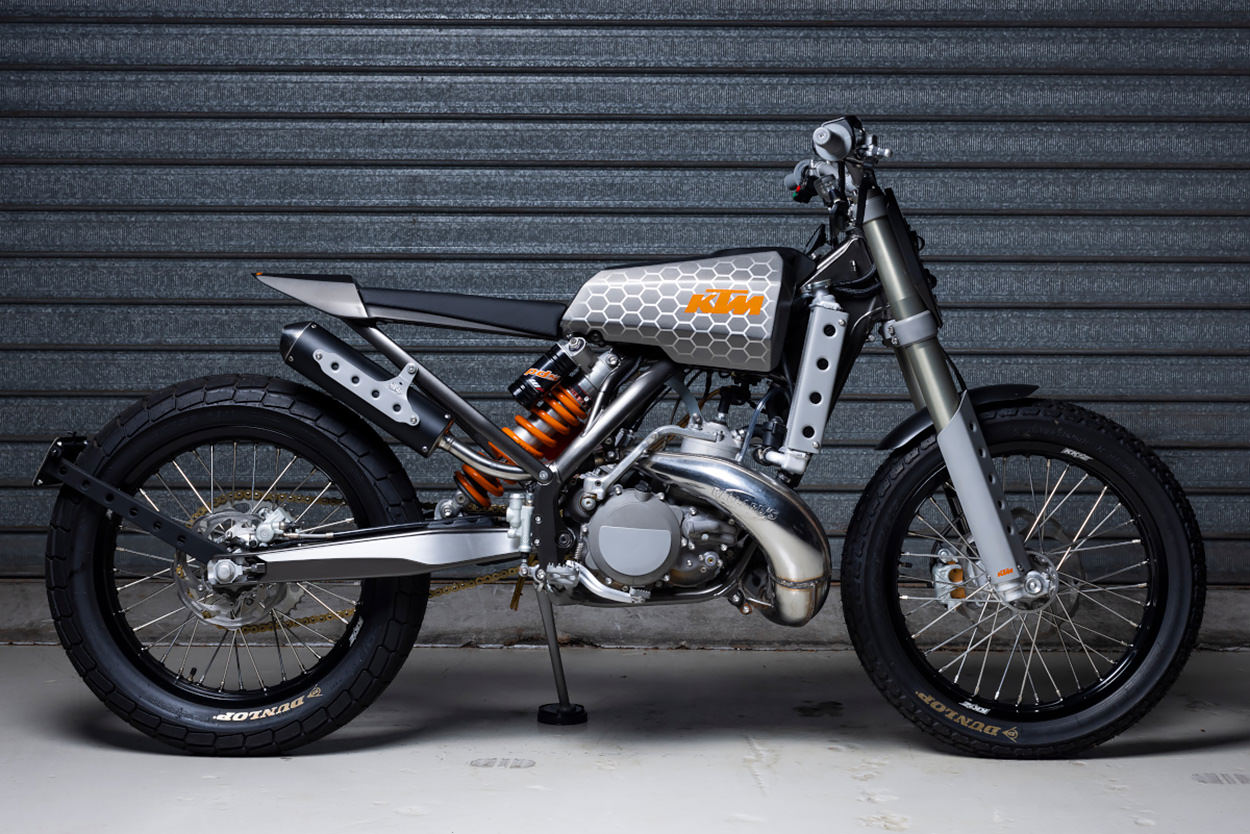 As for the paint, that was all Noel. The base is a gunmetal grey, with a silver honeycomb pattern laid over it. Orange highlights and clear-coated alloy parts add some contrast. 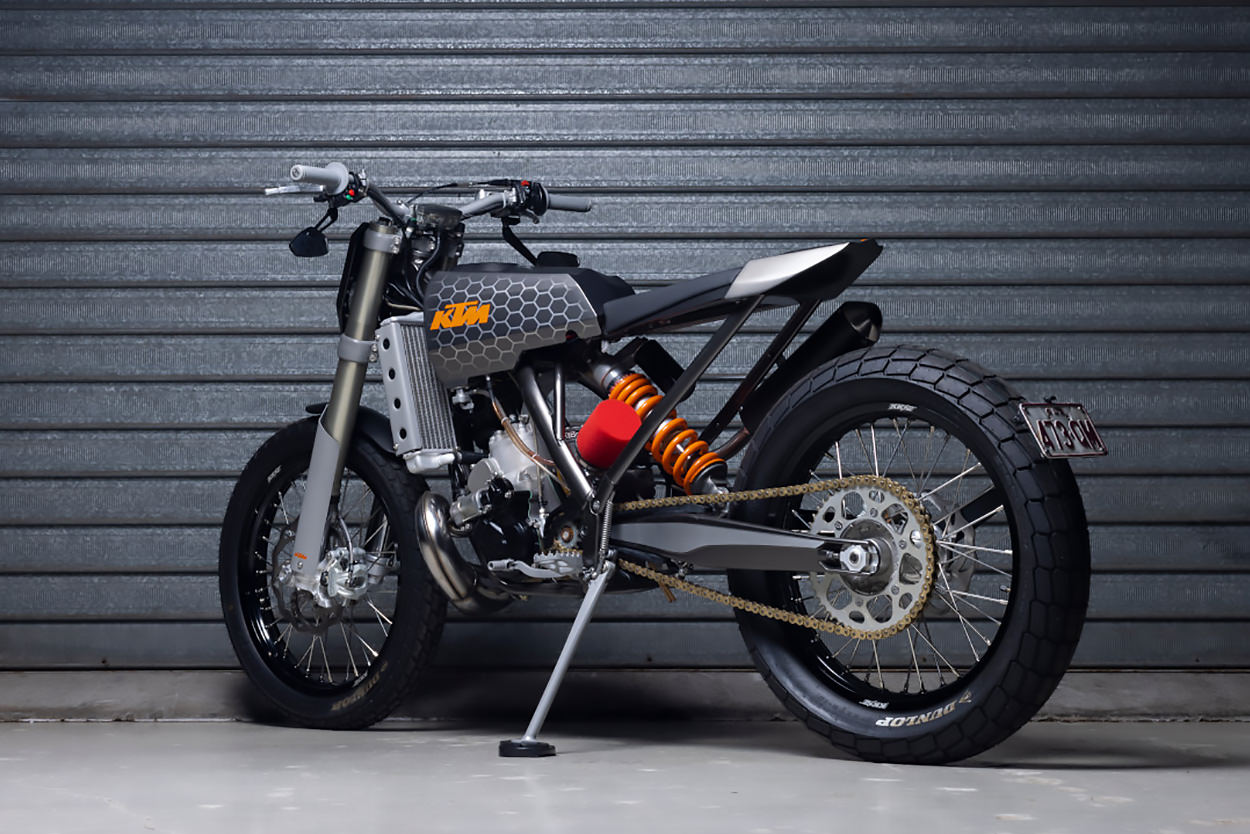 So does this gnarly street tracker ride as good as it looks? “This is a hoot to ride,” confirms Zach. “Being a modern KTM with a Lectron carb, it has not lost any of its bitter angry charm of getting into the rev range late in the squeeze—and she is a simple gentle start, and a very easy jump-on-and-ride-away kind of bike.” 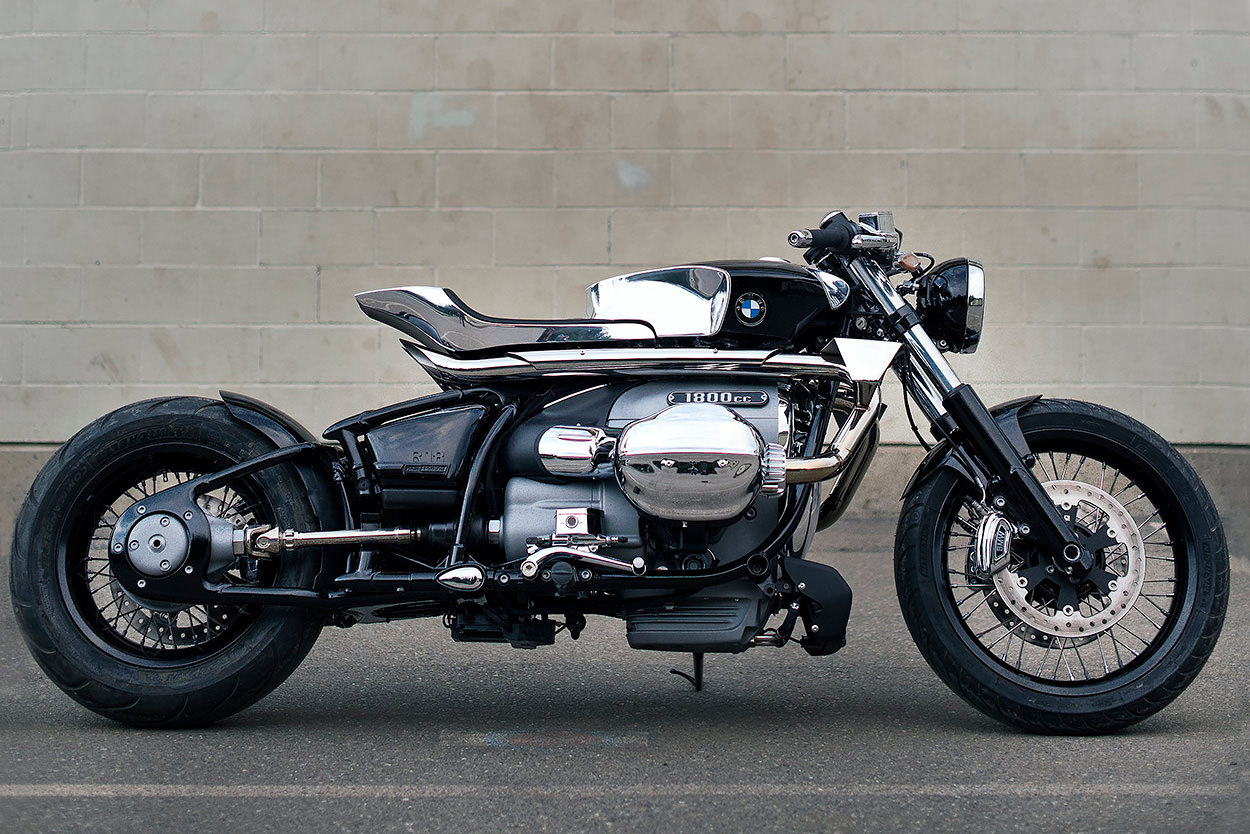 BMW R18 by Jay Donovan BMW Motorrad Canada recently rounded up three Canadian custom builders to each customize a BMW R18. Unsurprisingly, Jay Donovan was one of them.

Jay’s a master of transforming metal sheets into organic, flowing forms—and that skill is on full display here. His take on the R18 leaves much of the stock bike intact under the hood, mostly because the brief included keeping the bike road legal. But the bodywork and exhaust have been radically reimagined. 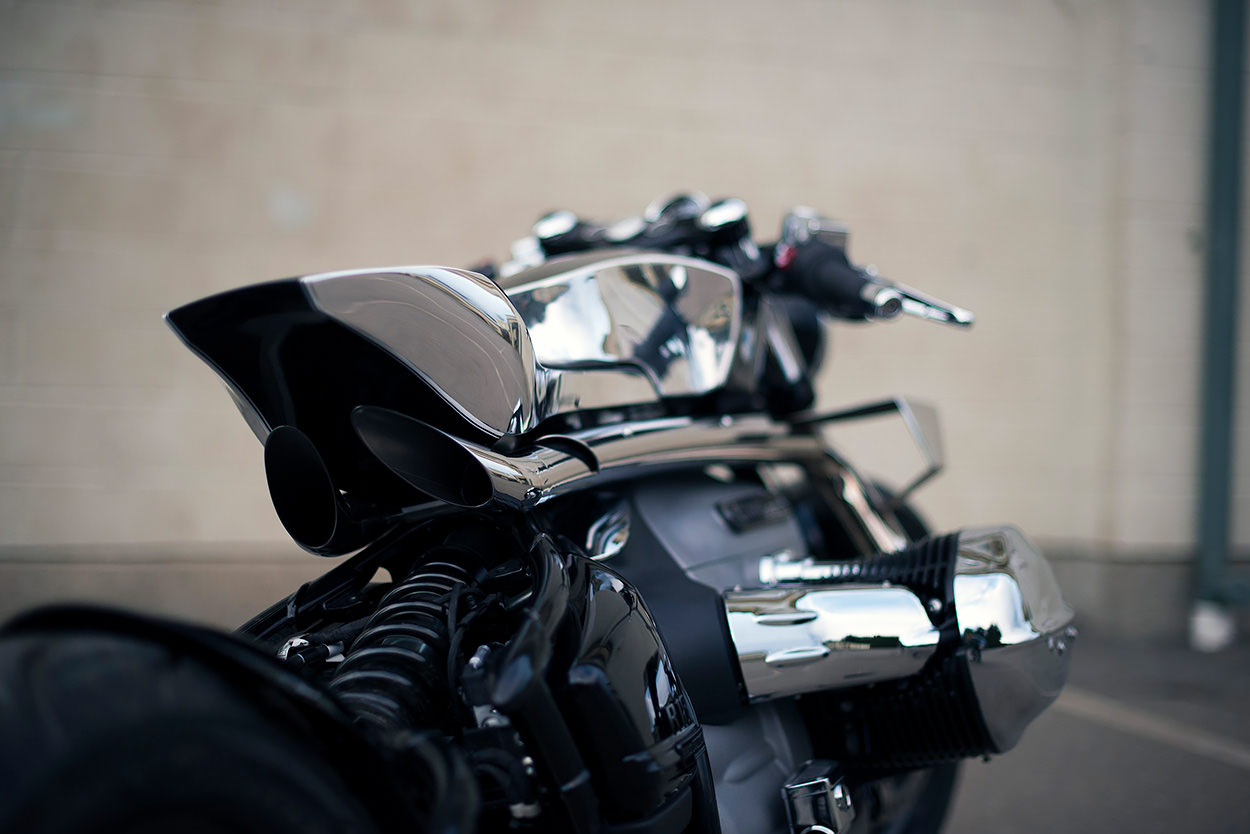 Dubbed ‘Future Café,’ Jay’s R18 features a compact and heavily scalloped fuel tank, and a tightly packed tail piece. Both parts were shaped in aluminum, and finished off with contrasting polished and black treatments. The BMW also wears bobbed fenders at both ends.

But the big drawcard here is the exhaust. In a bold move, Jay redirected it upwards to run below the new bodywork. It’ll probably burn someone’s leg eventually, but it looks incredible, with the angle of the exhaust ends matching that of the tail section. 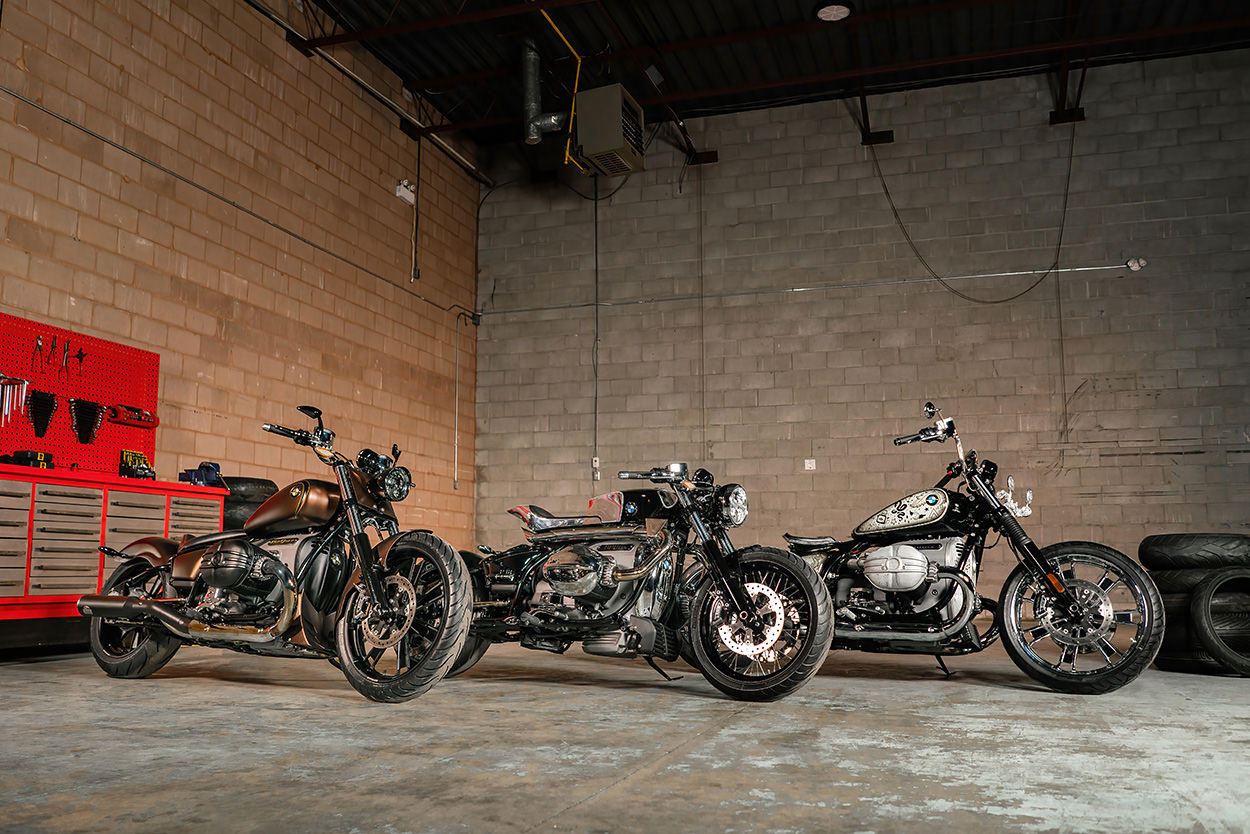 The other builders that BMW Canada picked were Konquer Motorcycles and Augment Motorworks. The trio was picked because they all have very different build styles—and it’s a good mix, because each custom R18 looks way different from the others. [BMW Motorrad Canada | Jay Donovan] 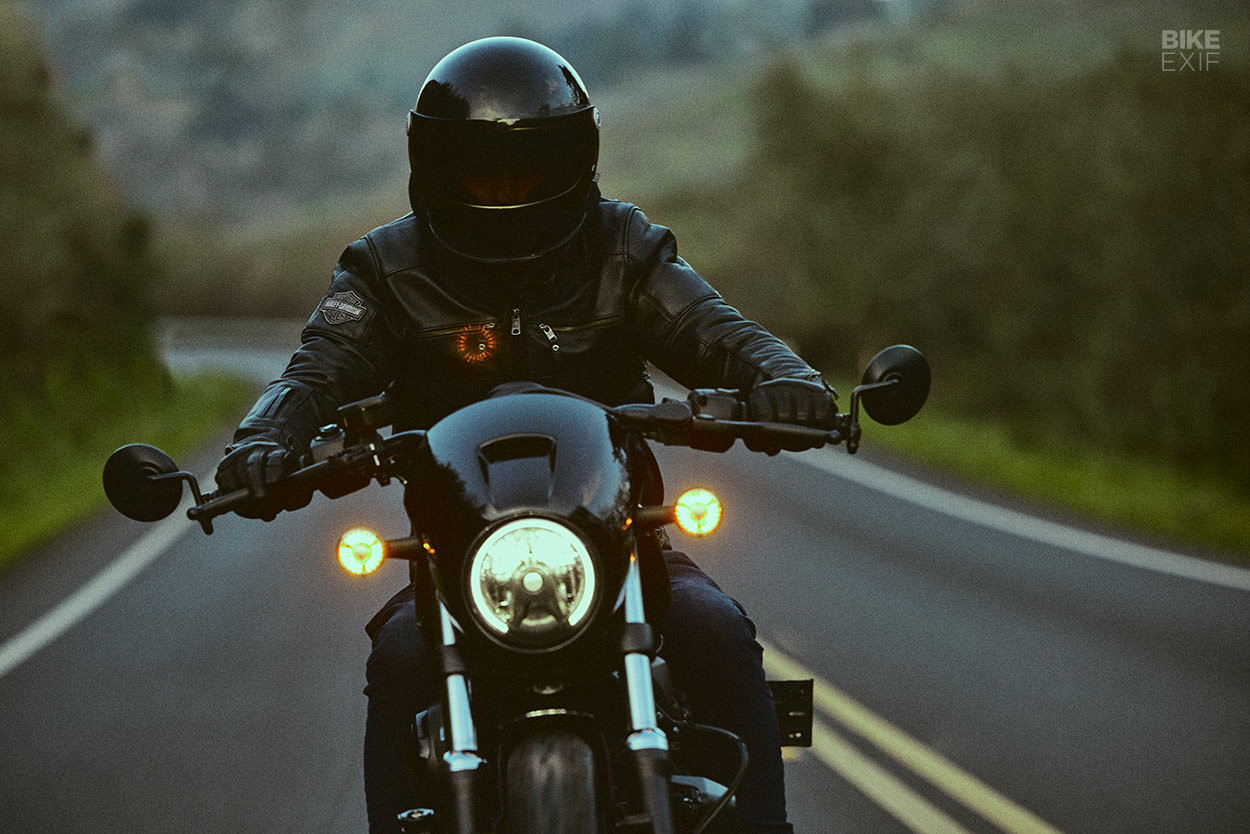 Harley-Davidson Nightster When Harley released the Sportster S, it signaled a big leap forward for the marque—but it also left us wanting for a more traditional ‘new’ Sportster. Could the new Nightster be the answer?

Unveiled this week, the Nightster is the second in Harley-Davidson’s line of next generation Sportsters. It eschews the Sportster S’s ultra-modern styling for a look that’s straight out of the classic Sportster play book. It’s also cheaper (at a base price of $13,499 versus the Sportster S’s $15,499), less powerful, and more custom-friendly. 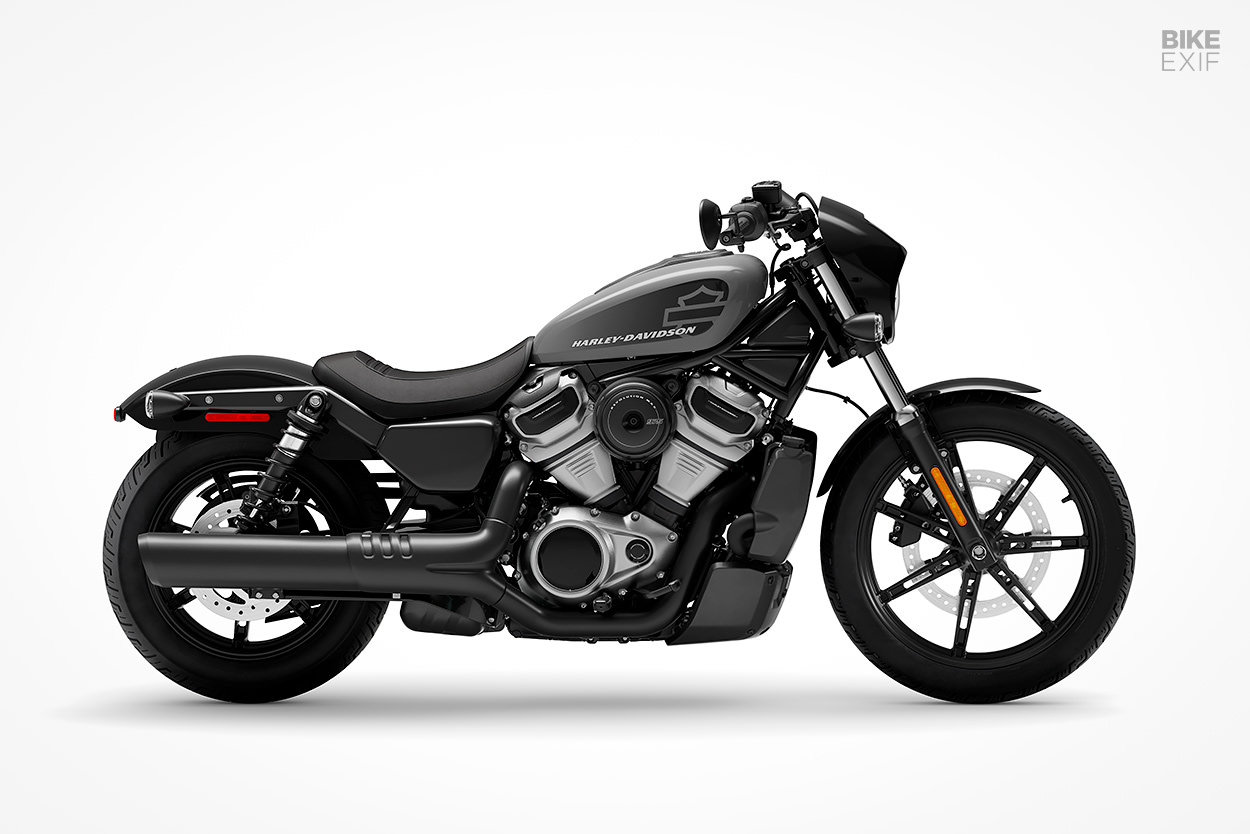 The motor is a big jump forward from the older Sportster, with dual overhead camshafts, variable valve timing and switchable rider modes. But that tech comes at a price; the right side of the engine looks almost futuristic, and the left is packed with covers and plumbing. It’s the sort of stuff that’s near impossible to hide, but it might bug fans of the original Sportster. 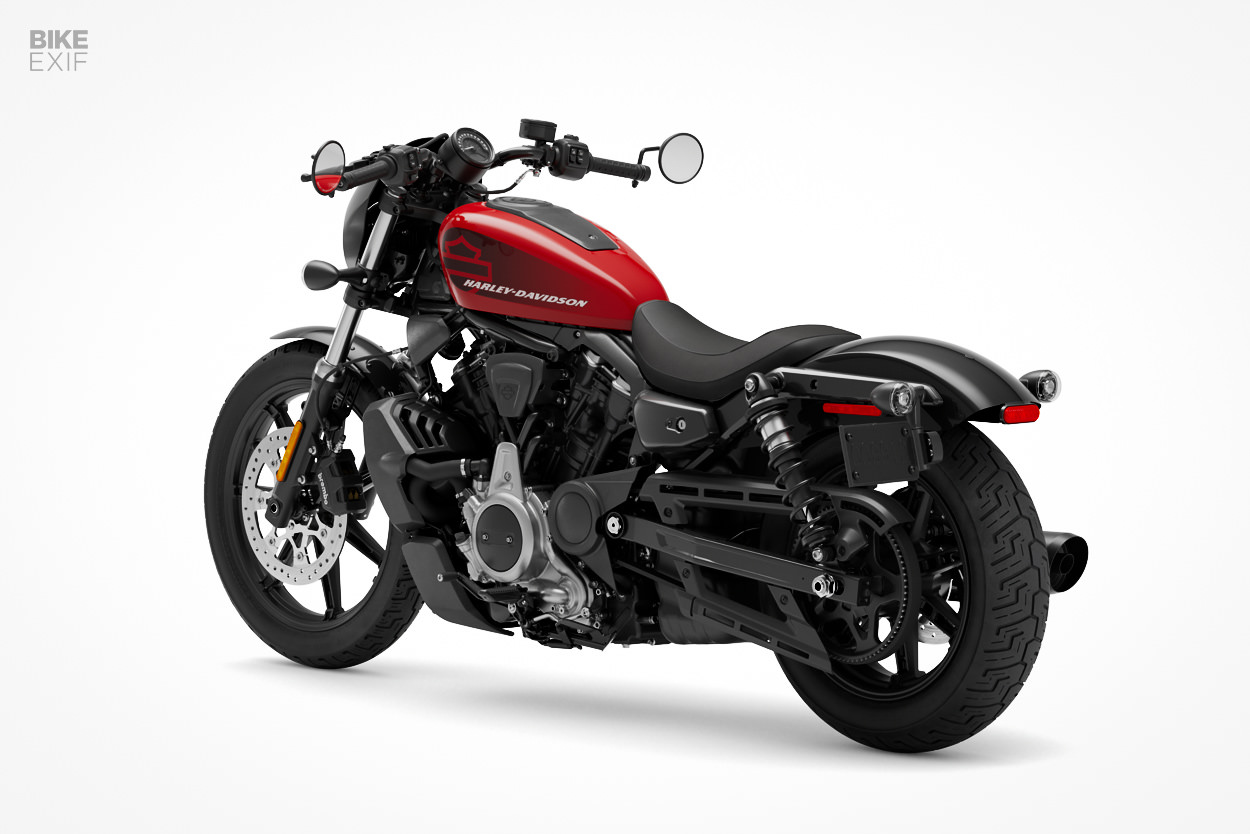 Aesthetically, the Nightster nails the classic Sportster silhouette—but there’s some trickery involved here, too. The fuel tank is actually just a steel cover for the airbox, while the actual reservoir is tucked away under the seat. H-D says the design allows for a bigger airbox, and helps to lower the bike’s center of gravity for better handling.

We’re on the fence about the new layout, but thankfully the faux tank isn’t plastic; that would have been too much to bear. Plus the relatively traditional layout of the seat, rear fender and struts have us convinced that there’s room for customization here. Trimmings include a round analog/digital combination speedo, and an LED headlight tucked into a classic Harley-style nacelle. 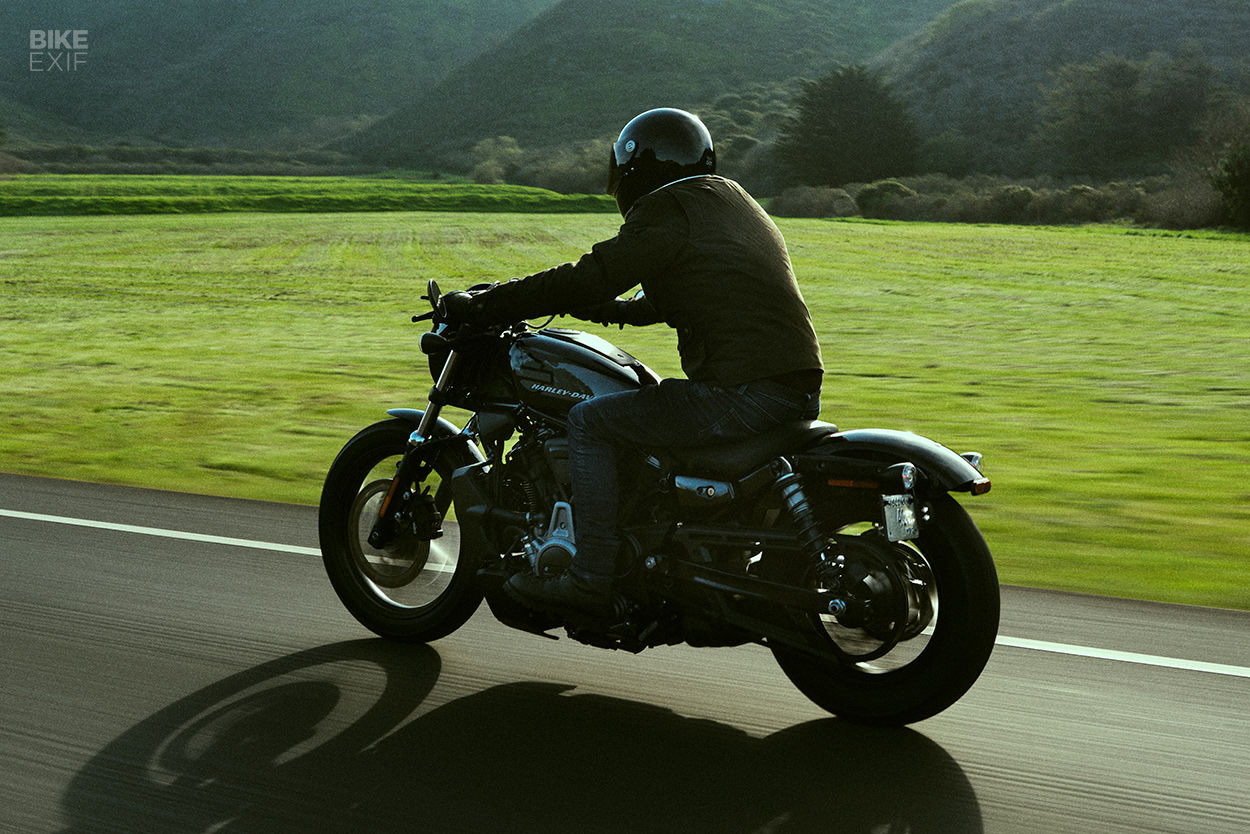 Sure, the riding position looks about as awkward as you’d expect from a stock Sportster, but with any luck that’ll be easy enough to tweak. Harley-Davidson’s already stocked their catalog with bolt-on bits for the new Sporty, and customizers like Charlie Stockwell, The Speed Merchant and Hidemo have already worked their magic on it.

The real question is whether the new Sportster will become as popular as its 65-year-old predecessor. Only time will tell. [Harley-Davidson Nightster]