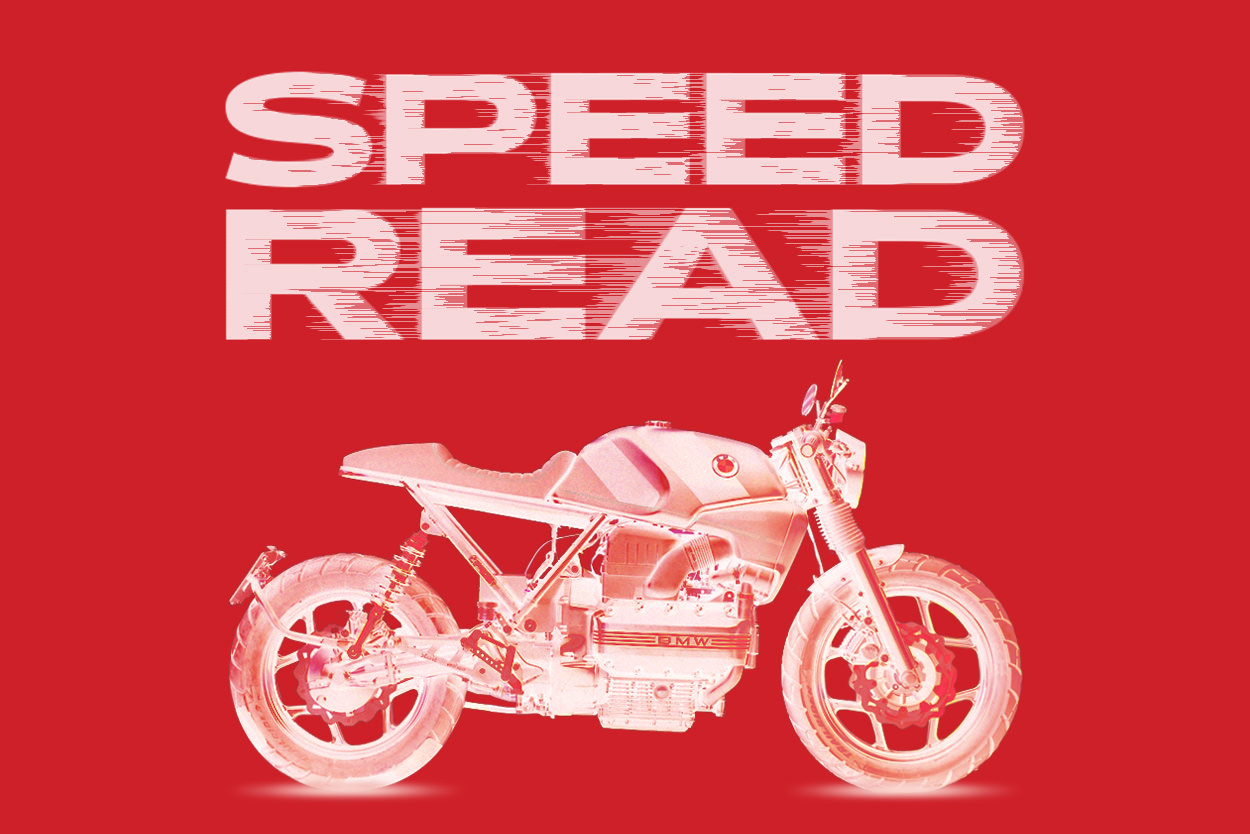 It’s all about racing lines this week. We kick off with a BMW K-series café racer, followed by a classy Moto Guzzi Le Mans II, a sharp Buell Lightning S1 and a rare Rau Kawasaki GPZ1100. We finish off with a quick look at a MotoGP docuseries that’s hitting screens soon. 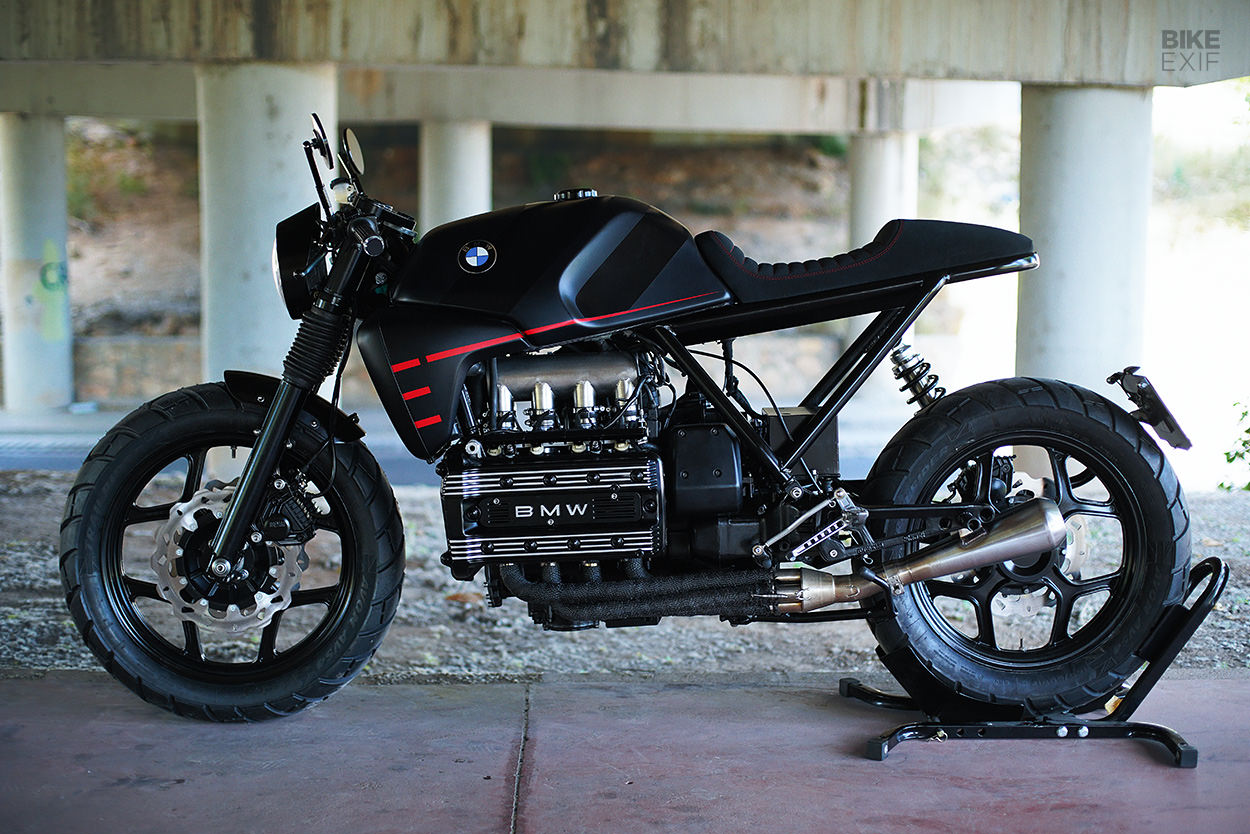 BMW K100 by Bolt Motor Co. The last bike we featured from Bolt Motor Co. was a no-holds-barred Honda CBX1100 built for a MotoGP legend. This BMW K100 doesn’t quite boast the same level of spec, but it’s still one heck of a looker. Which proves that even when the Spanish shop isn’t throwing everything plus the kitchen sink at a build, they still manage to crank out incredibly attractive machines. 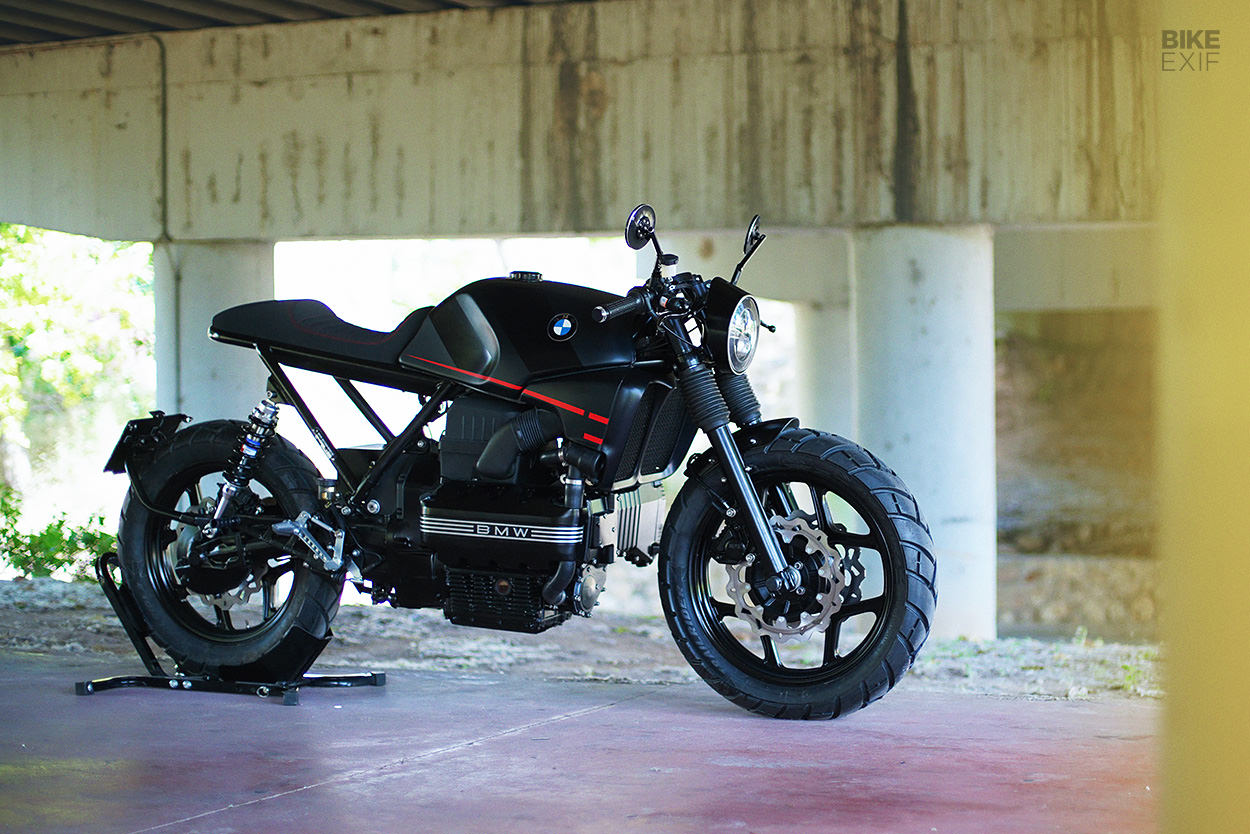 ‘Bolt #46’ was built for a customer that wanted something neat, tasteful and predominantly black. But before Adrián Campos and his team could make it pretty, they had to bring it up to spec. That meant an engine refresh with a few key OEM part replacements, and a full rewire.

From there, the crew tweaked the BMW’s stance by lowering the forks and installing a custom built Hagon shock at the back. The brakes were overhauled, and upgraded with new discs and Goodridge lines. 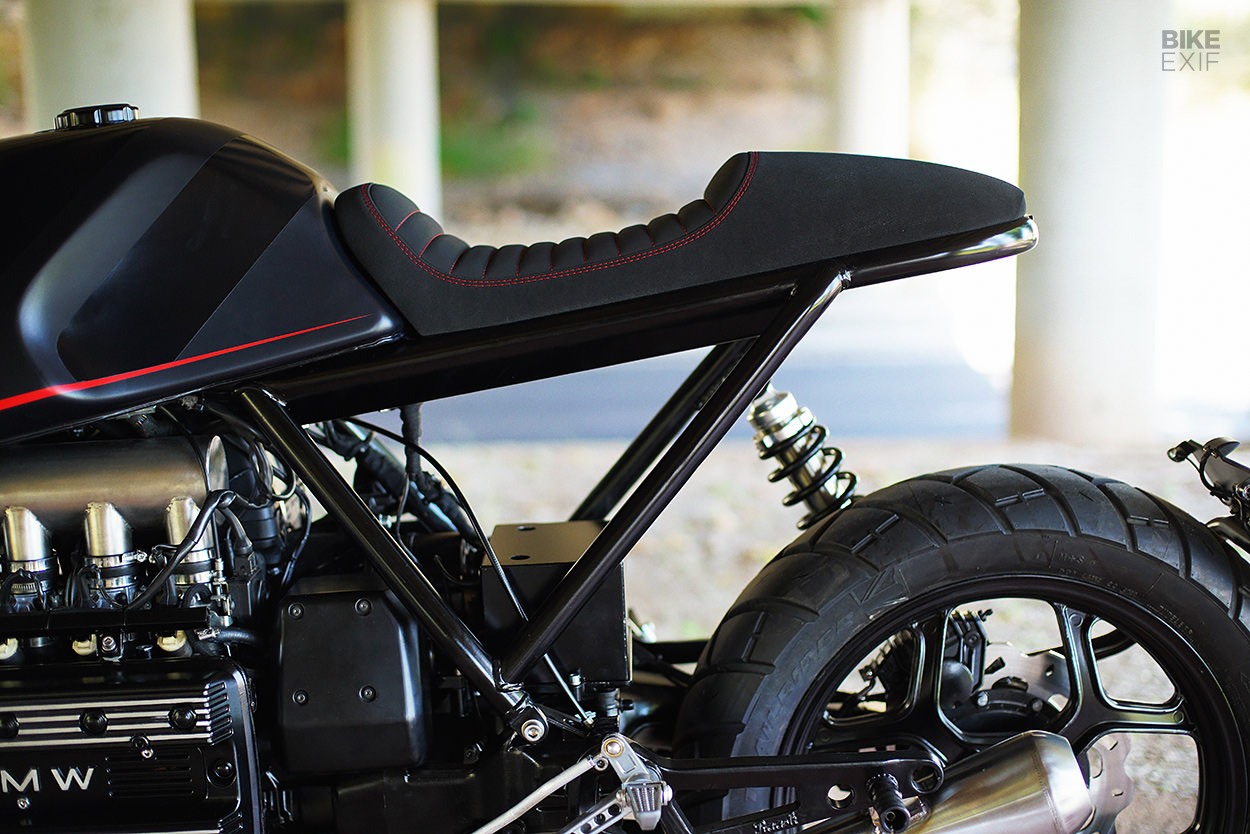 Cosmetically, the K’s changes are simple but effective. The stock tank and its ‘wings’ are still in play, but they’ve been modified slightly. The subframe is new, and supports a neat café-style seat, upholstered by Tapicerías Llop. There’s a short fender out front, and a custom made license plate holder mounted off the swingarm at the back.

The controls include Tarozzi rear-sets, and Highsider clip-on bars with Rebel Moto levers. There’s a whole array of Motogadget stuff too, like the grips, bar-end turn signals, switches and speedo. Other changes include an LED headlight in a custom nacelle, and a four-into-one exhaust system. 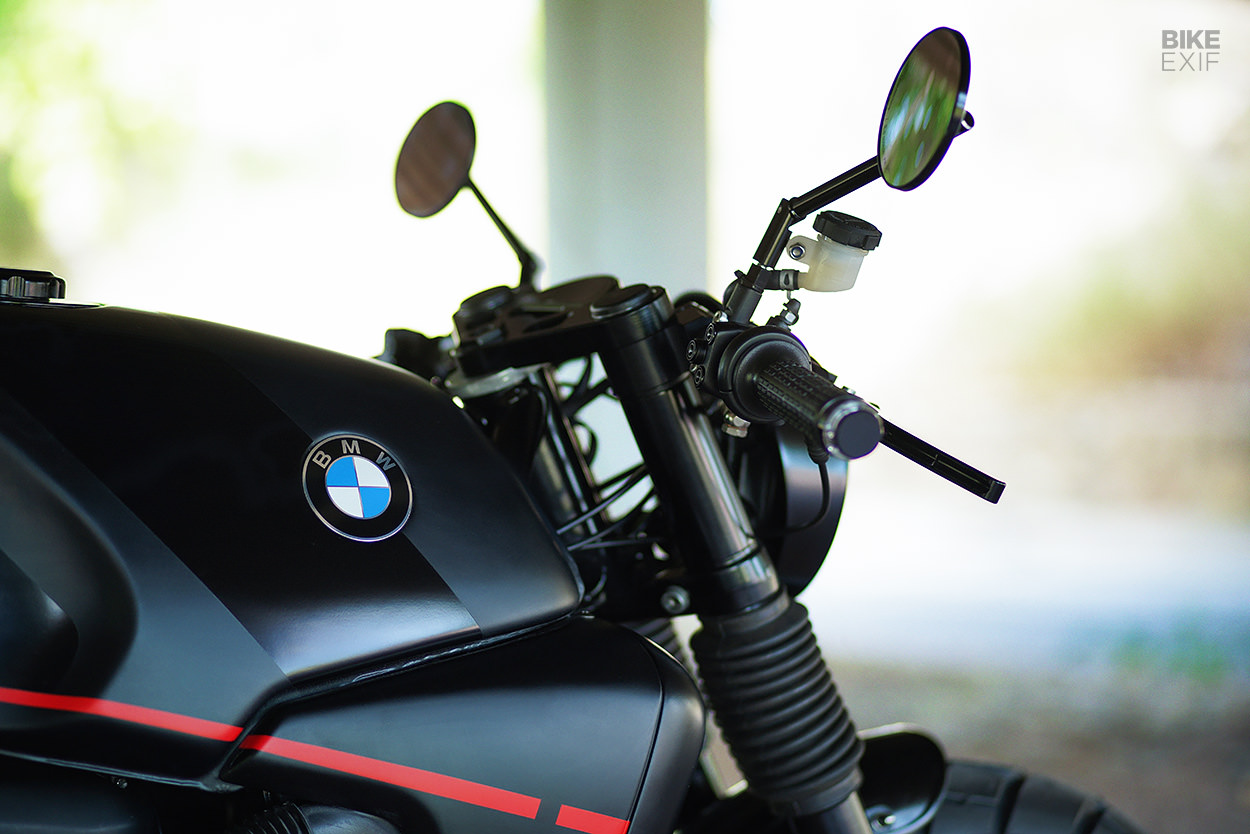 As per the brief, the K100 was painted in a mix of gloss and matte black finishes. Some well placed red striping breaks the monotony and emphasizes this K’s aggressive new look, while matching stitching on the seat adds a final touch. Top work from Bolt, as always. [Bolt Motor Co.] 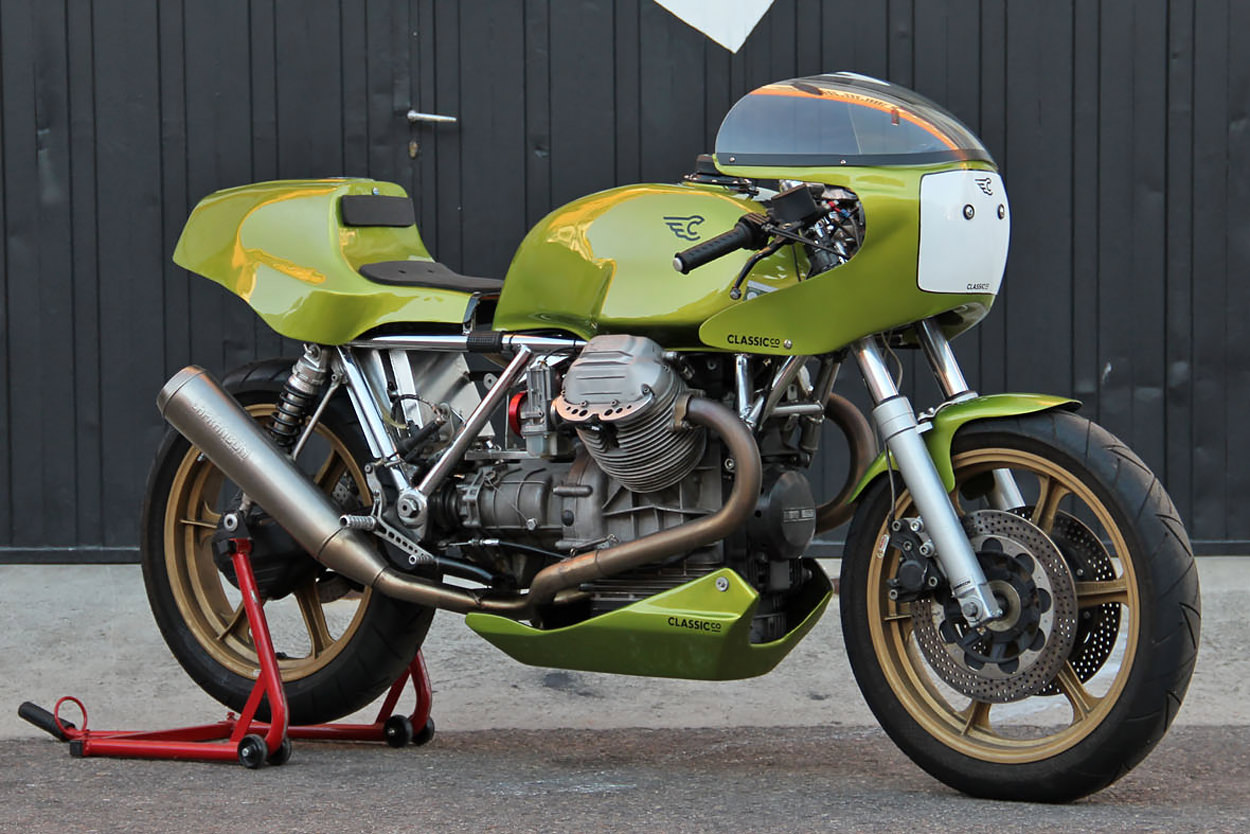 Moto Guzzi Le Mans II by Classic Co. The Le Mans II has an iconic silhouette, but Spain’s Classic Co. went so deep on this build, that it’s barely recognizable.

The crew started with a 1981-model Le Mans II, then bored the motor out to 1,064 cc. It uses Asso pistons, new nitride valves, Porsche valve springs and a new camshaft. It makes 106 hp now, helped along by a new clutch and quick-shifter from ClassWorks, and a pair of 44 mm Lectron carbs. 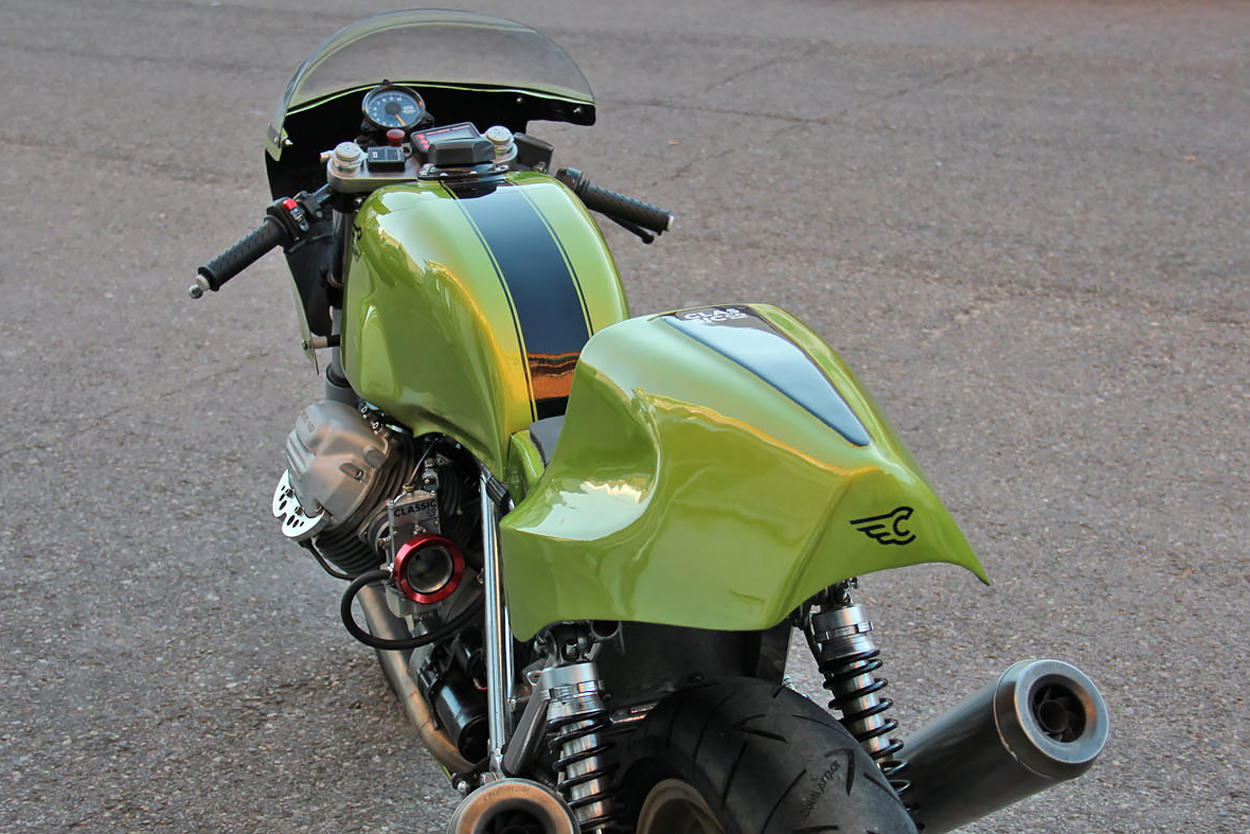 The frame and swingarm are Classic Co.’s own chromoly design, and offer a significant weight saving over the original Tonti frame. There’s a degree less rake on the new chassis’ head angle, and an extra inch or so in the swingarm, so the geometry’s not quite stock any more. 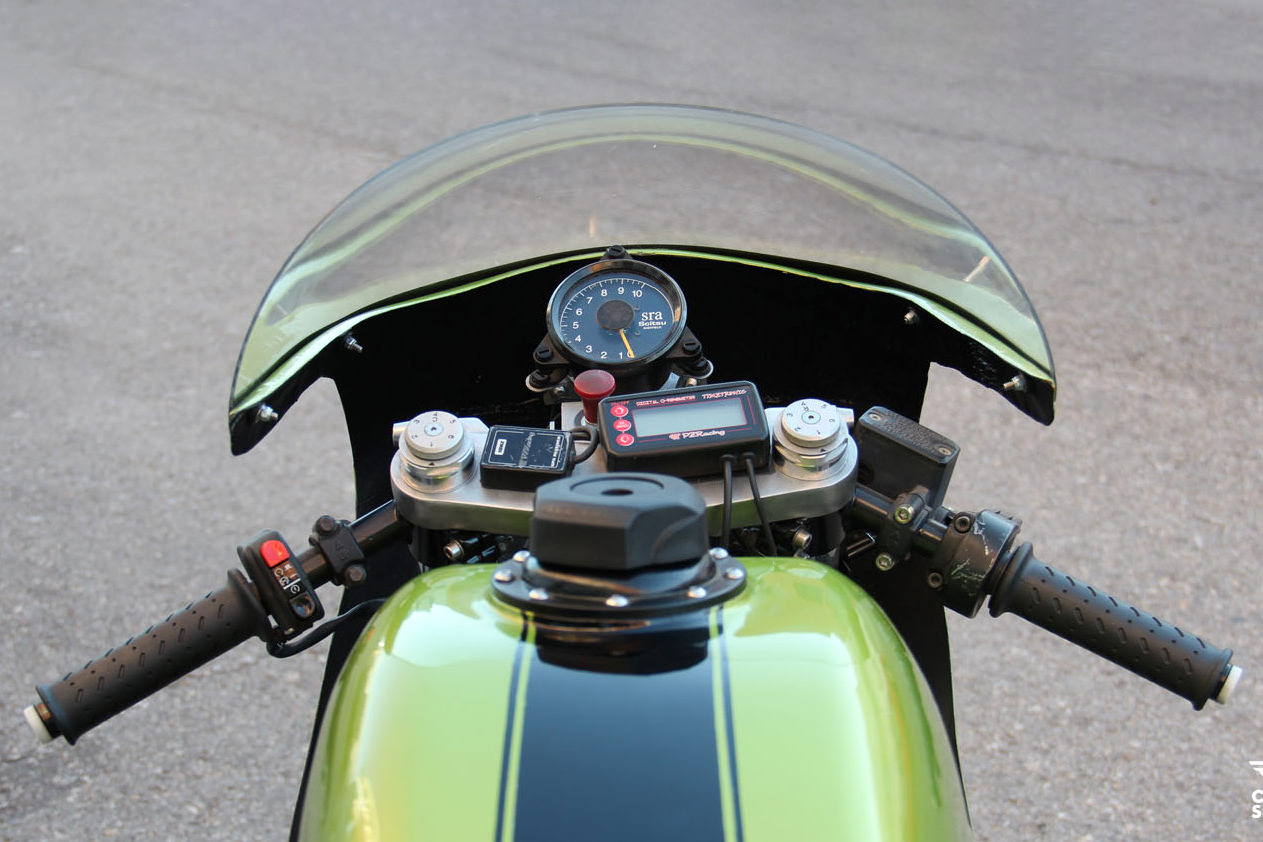 All the fiberglass bodywork is custom—from the fairing, right through to the tank and tail. It’s all finished in a green livery that is as striking as it is simple. Classy, no? [Classic Co.] 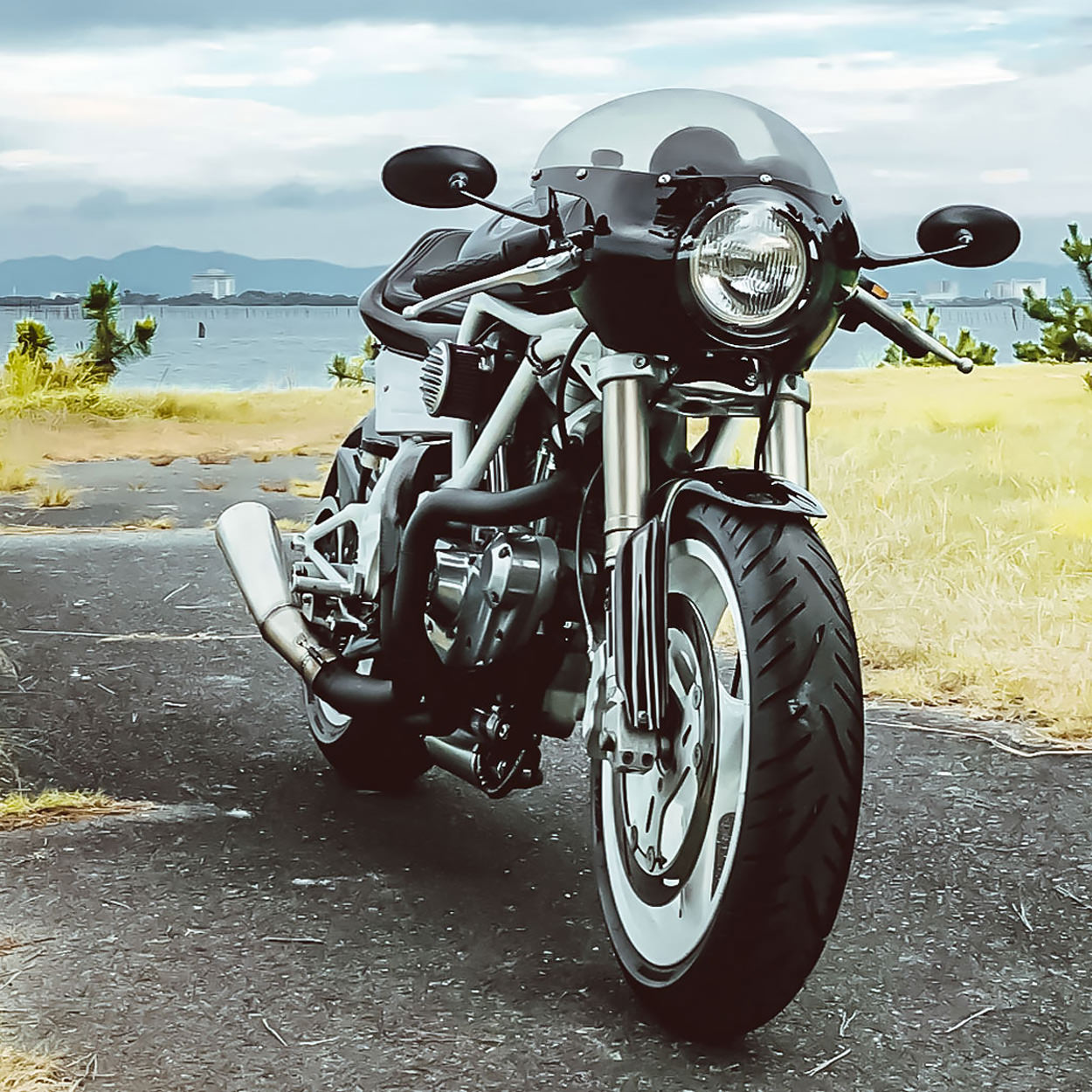 Buell Lightning S1 by Berrybads MC The Lightning S1 wasn’t the most obnoxious looking bike Buell ever built, but it hasn’t exactly aged well either. Thankfully the owner of this Lightning agrees. Which is why she took her bike to Kyohey Sugimoto, at the Japanese workshop Berrybads MC, for a café racer themed makeover.

Sugimoto-san ditched the Buell’s 90s styling through a crafty redesign of the bodywork. The most impressive change is the fuel tank—it’s actually from a BMW R nineT. And as you’d expect, it took a lot of massaging and slimming to fit. 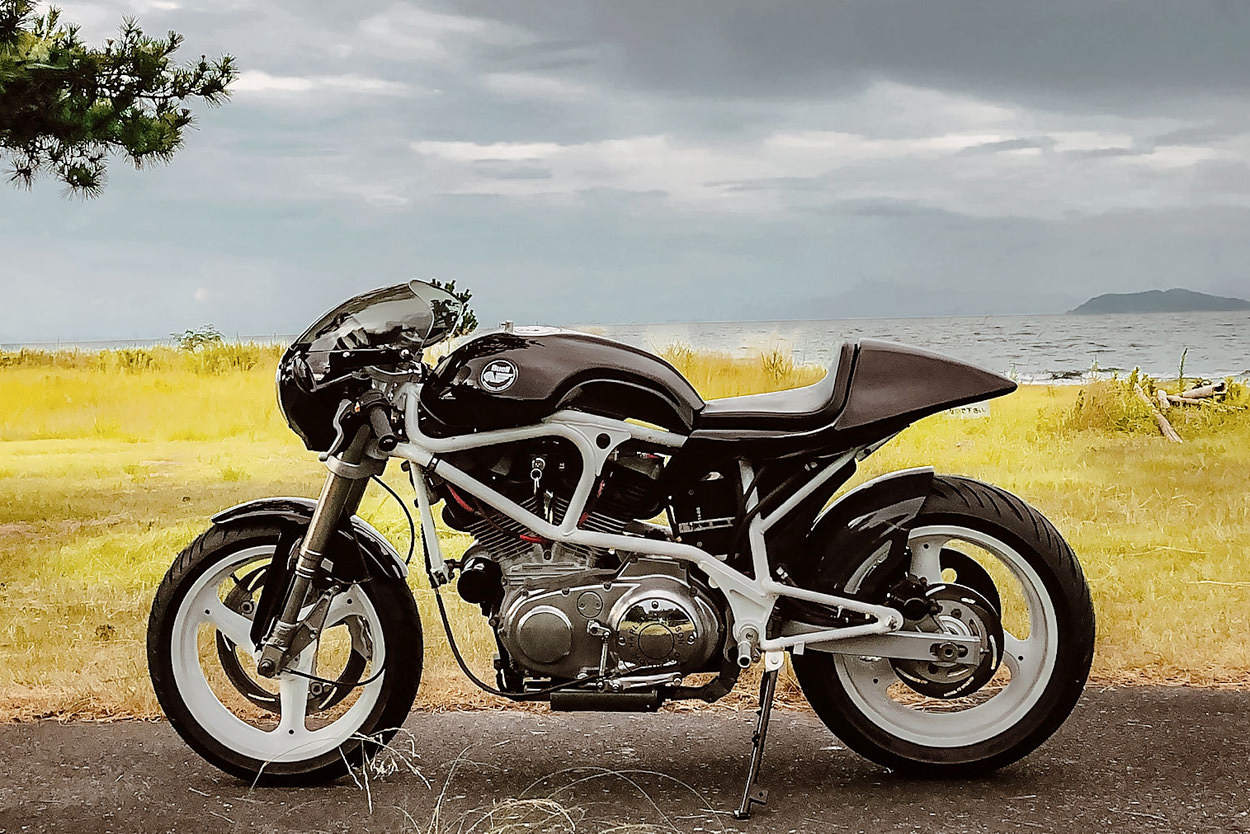 A universal bikini fairing does duty up front, kitted with a new headlight behind a plexiglass bubble. The fiberglass tail section was lifted from a little Honda 125 racer, but it looks right at home here.

Other changes include new clip-ons, a custom exhaust system with a titanium muffler, an a smaller air cleaner. The bike’s also been lowered a touch, to make it more comfortable for its rider. 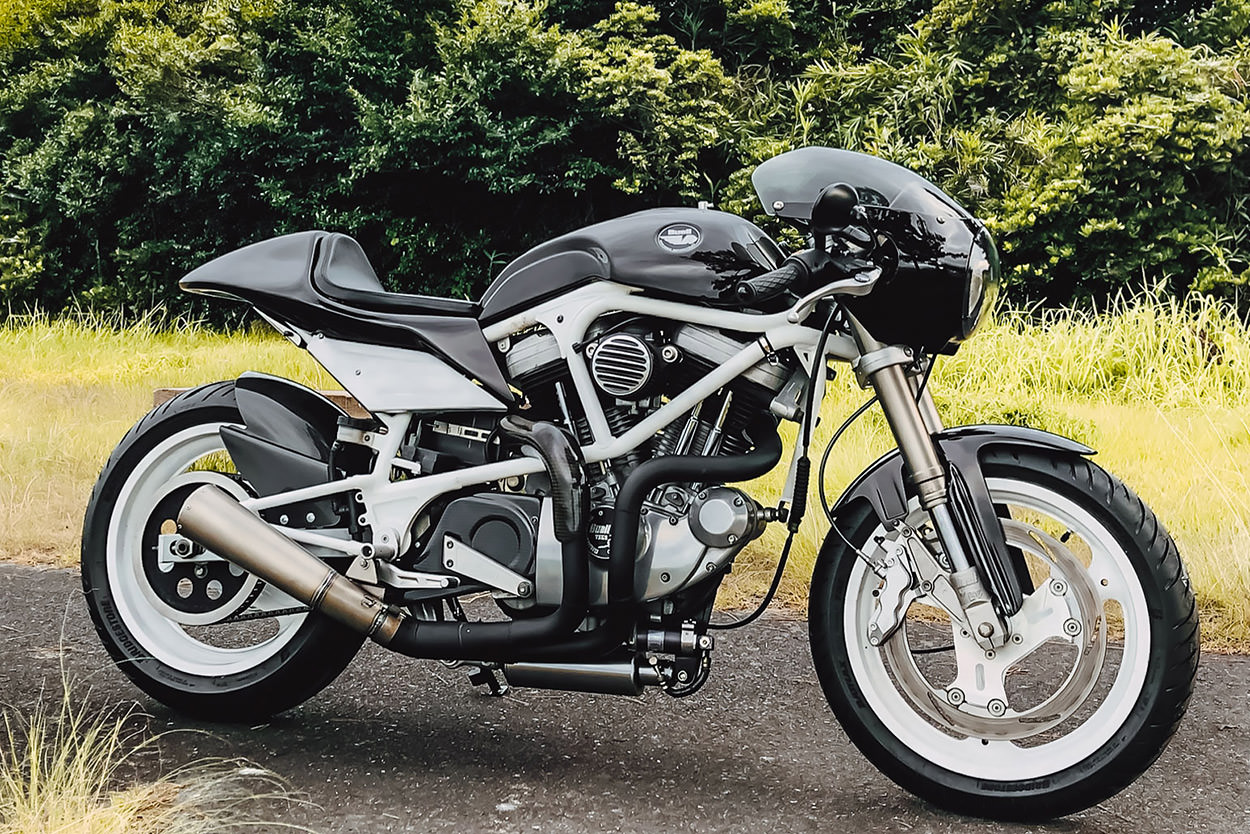 It’s a neat look for the Lightning S1, especially with the stark black and white finishes. But if you’re looking at it and thinking that there’s more that can be done, rest assured—the owner’s already planning the next set of changes. [Via] 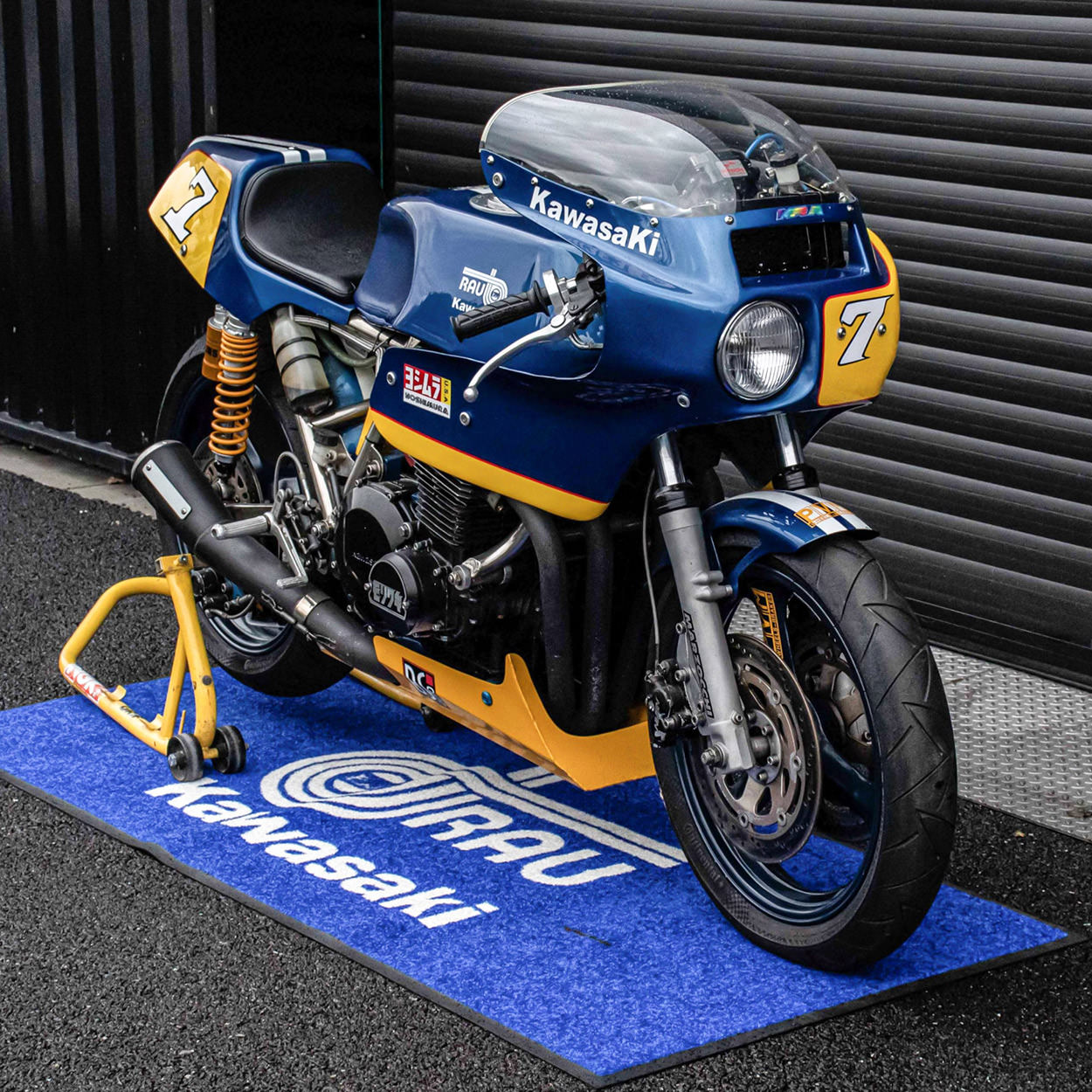 Manfred Rau was a German frame builder, and a contemporary of the likes of Fritz Egli. His vision for the GPZ1100 included a nickel-plated tubular steel frame, that also used the Kawasaki engine as a stressed member. 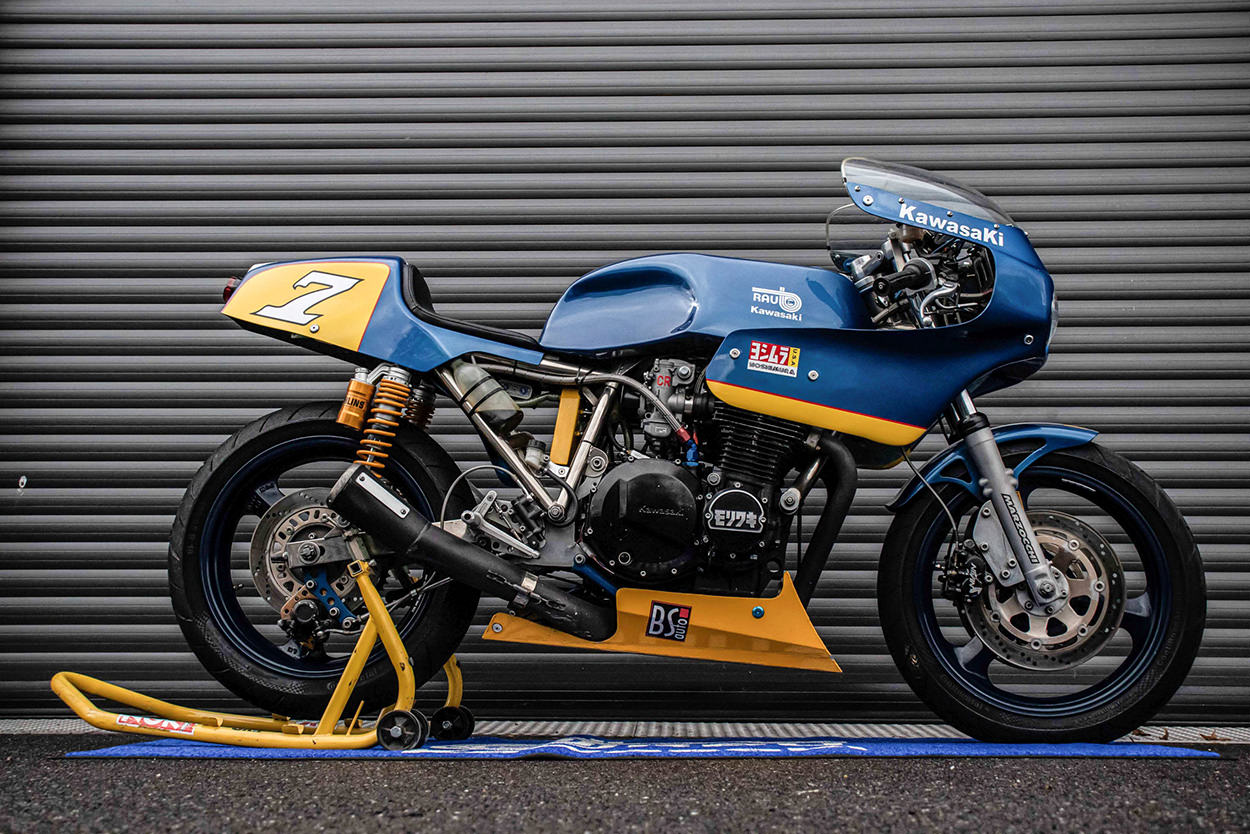 The engine was tuned too, so that it could produce up to 40% more horsepower, and this one’s running a full set of Keihin CR carbs. Suspension upgrades were also a must; Öhlins rear shocks and Marzocchi forks on this particular GPZ. The Nissin brake setup here includes twin four-piston front calipers, gripping floating discs. 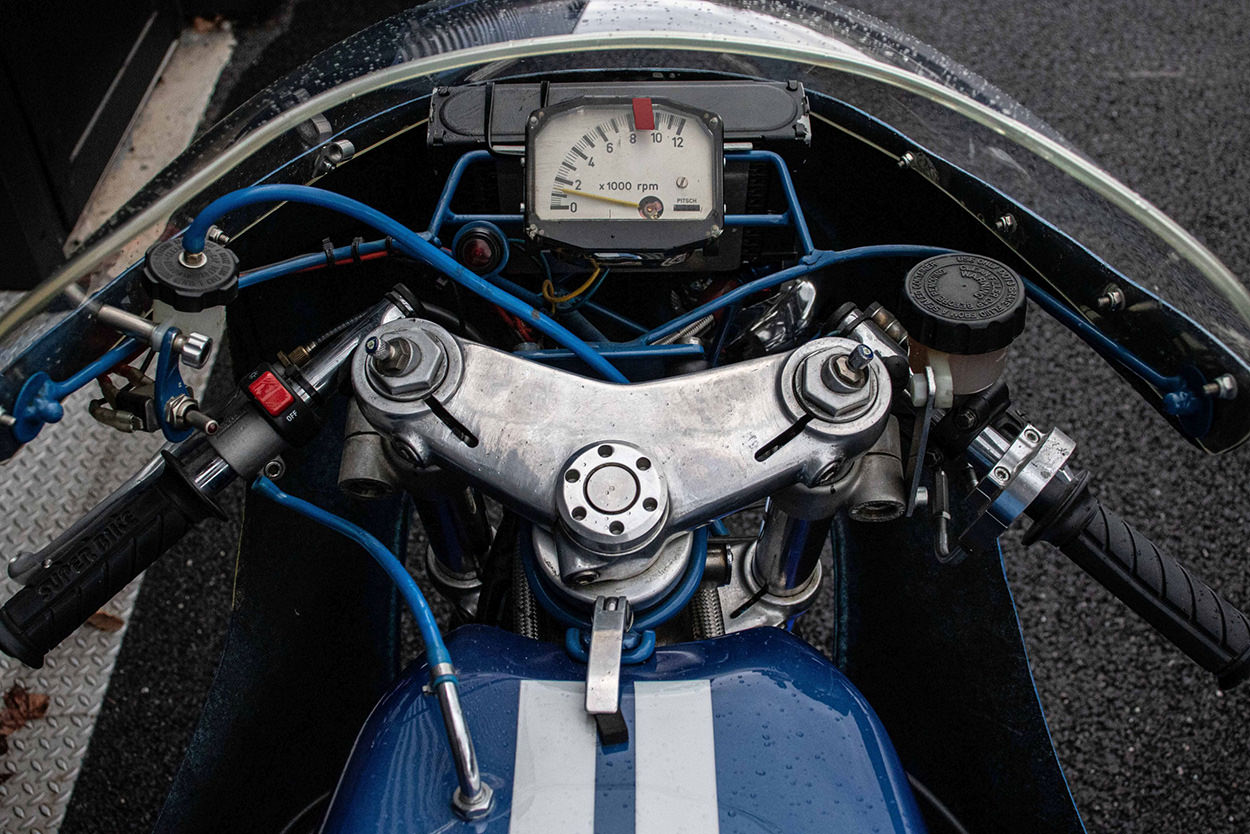 There’s nothing stock about the bodywork either, with a purpose-built fairing flowing into an alloy fuel tank and custom rear section. The sharp livery and the lack of a speedo (there’s just a simple tacho behind the fairing) give away that this bike was built for racing.

If it tickles your fancy and you have between $28,200 and $39,450 to burn, this GPZ’s about to go on auction at Artcurial. And if you need convincing, we’ll add that it’s been sitting in a German collector’s collection for the past decade—so it’s been well preserved. [Via] 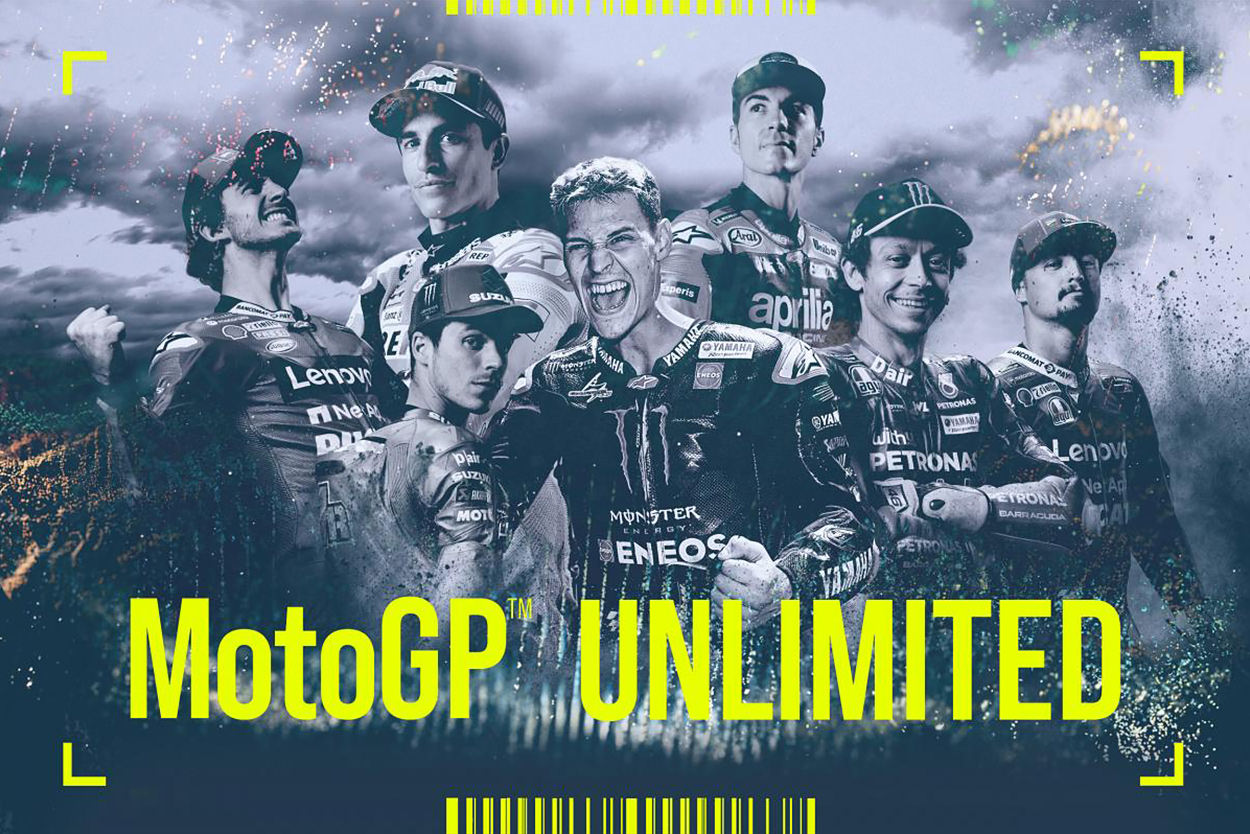 MotoGP Unlimited docuseries While we don’t really go in for modern superbikes around here, we’re not immune to the wiles of MotoGP racing. So we’re stoked to see that Amazon Prime is launching a new docuseries next month, titled ‘MotoGP Unlimited.’

The series will reflect on the 2021 race season, purportedly in the style of Netflix’s ‘Drive to Survive’ F1 series. And what a season it was: Brad Binder’s win in the wet on slicks, Maverick Viñales’ mid-season team switch, Marc Marquez’s injury woes, Valentino Rossi’s final season, Francesco Bagnaia’s courageous title charge, and Fabio Quartararo’s cinching of that title.

Catch the trailer below, and let us know who you’re rooting for in 2022. [Via]