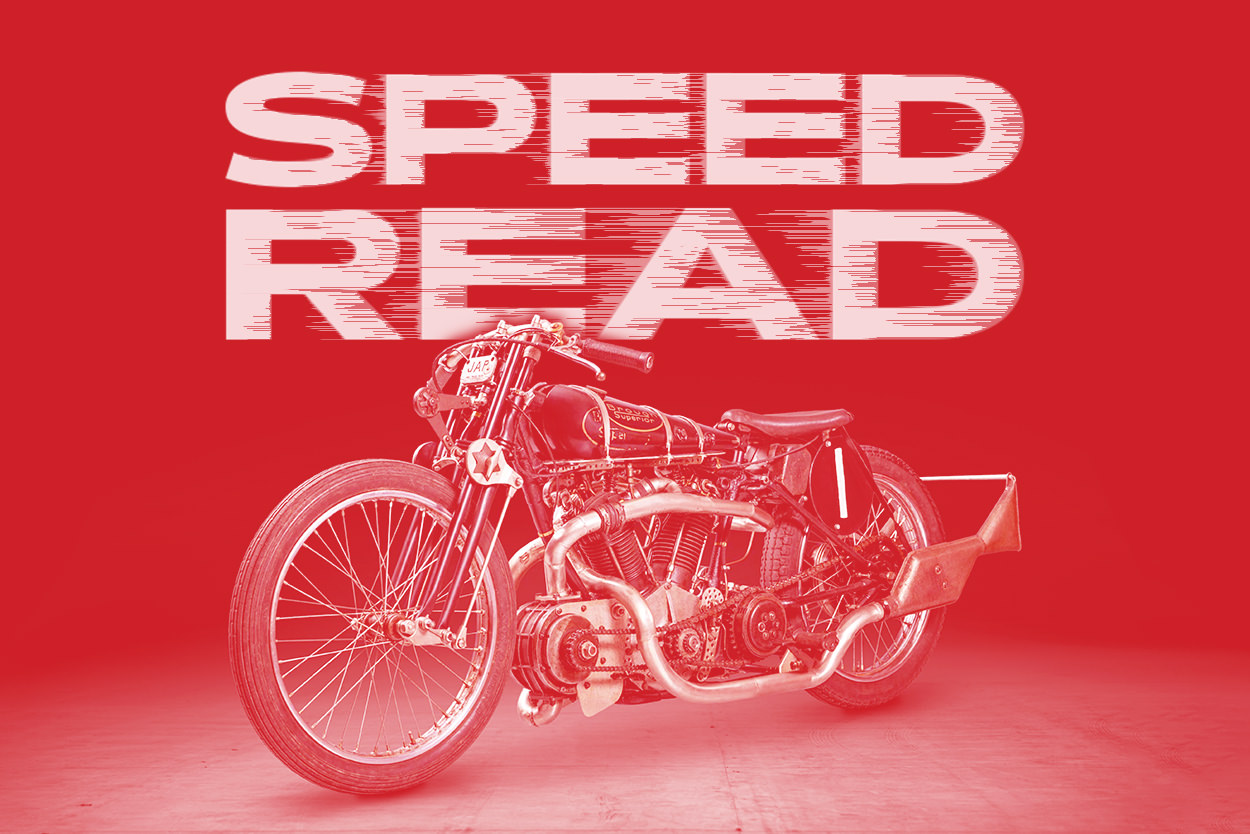 It’s all about nostalgia this week, with a special Brough Superior SS100, a new exhibition at the Petersen Automotive Museum, and a documentary about a single-owner Ducati 750 SS. Plus we have a Suzuki GS1000 restomod from Malaysia, and a Ducati Scrambler flat tracker from the UK. 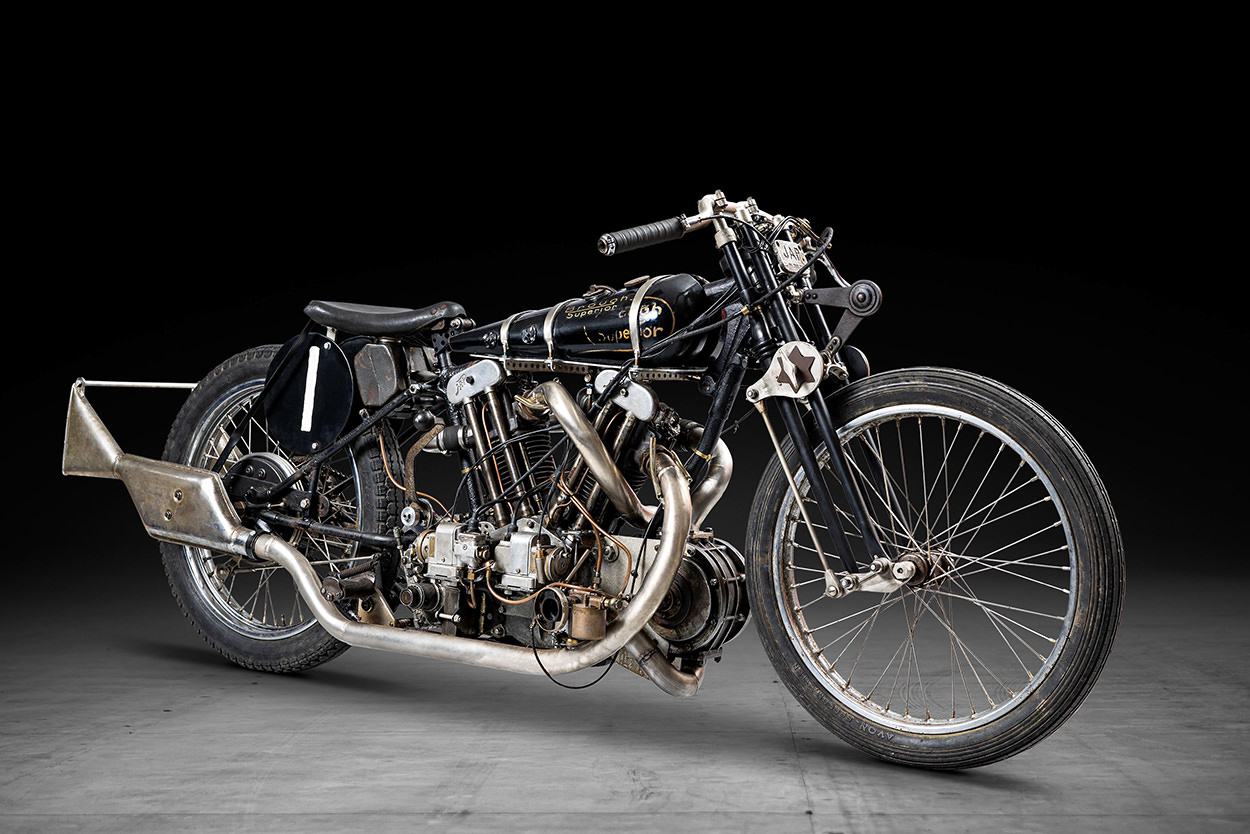 Supercharged Brough Superior SS100 by Ewan Cameron The legendary Brough Superior SS100 was the fastest production bike in the world when it was first released. The ‘100’ in its designation stood for 100 mph, and each bike was tested by the factory to make sure it could hit that before it was delivered. 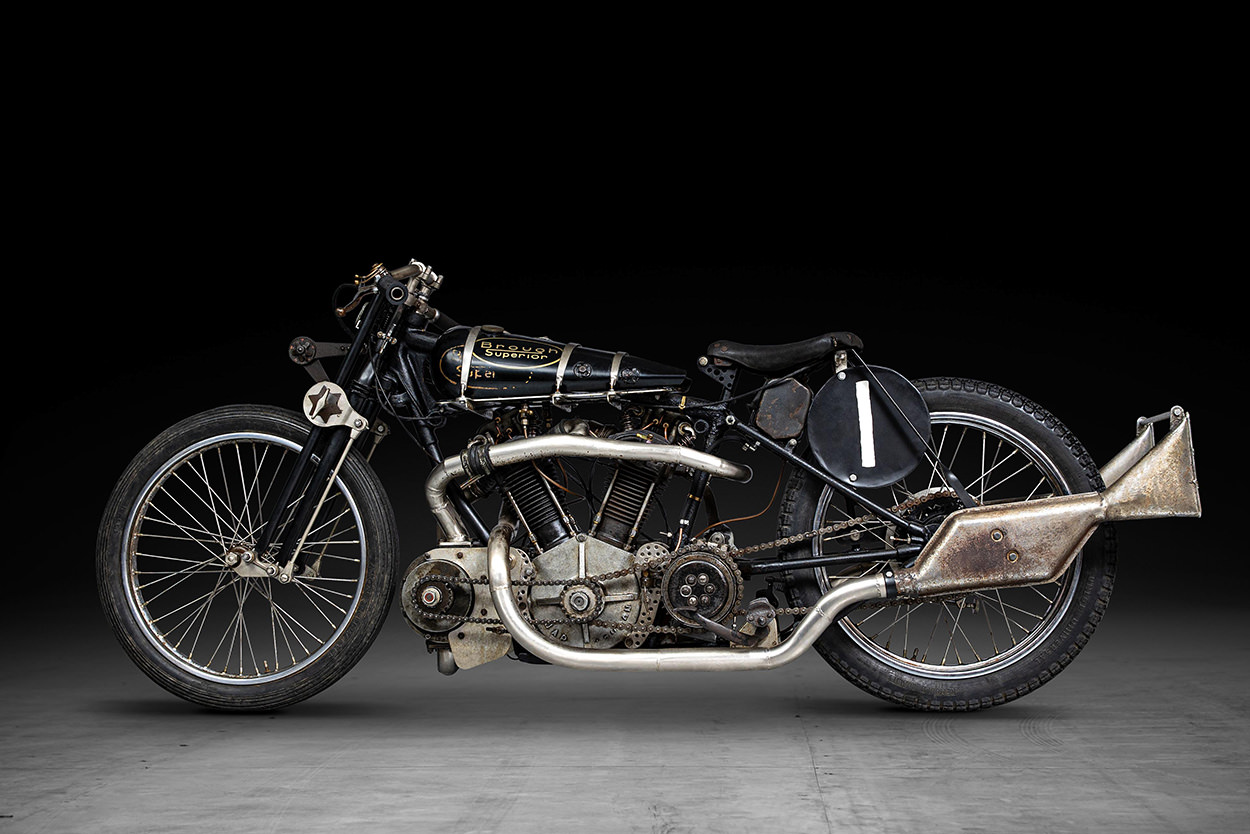 This faithful replica was built by Ewan Cameron—a Brough enthusiast, and the owner of the JAP specialist shop, Cameron Engineering. Ewan got hooked on the marque when his father sat him on the tank of his 1926 SS100 as a child, and set off down the road. That bike was eventually sold, but then, at the age of 17, Ewan began collecting the parts for this build. 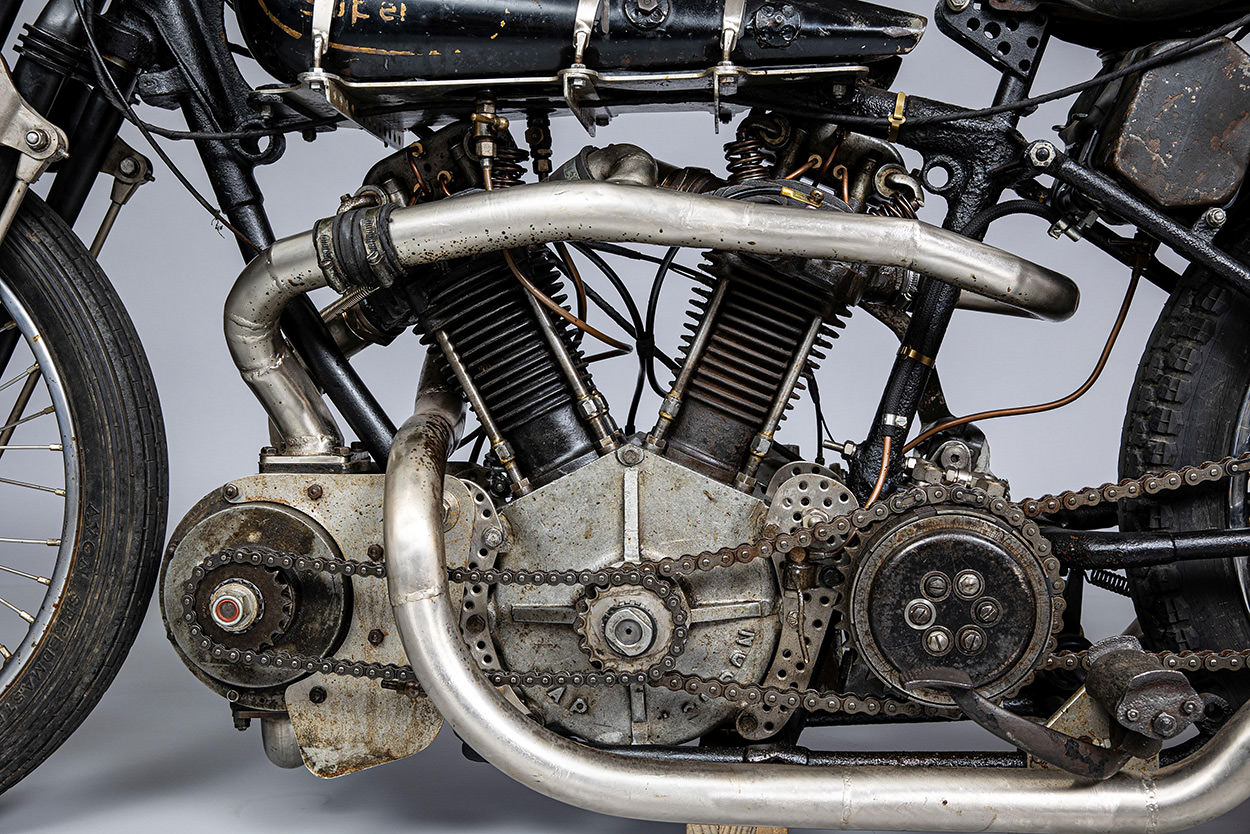 Over the years, Ewan amassed everything he needed to build his own Pope Special. The parts included a 1,000 cc 1938-model JAP v-twin motor that was once used in a Formula 2 race car, a rare Sturmey Archer three-speed racing transmission, and a pre-war Centric 260 vane-type supercharger. 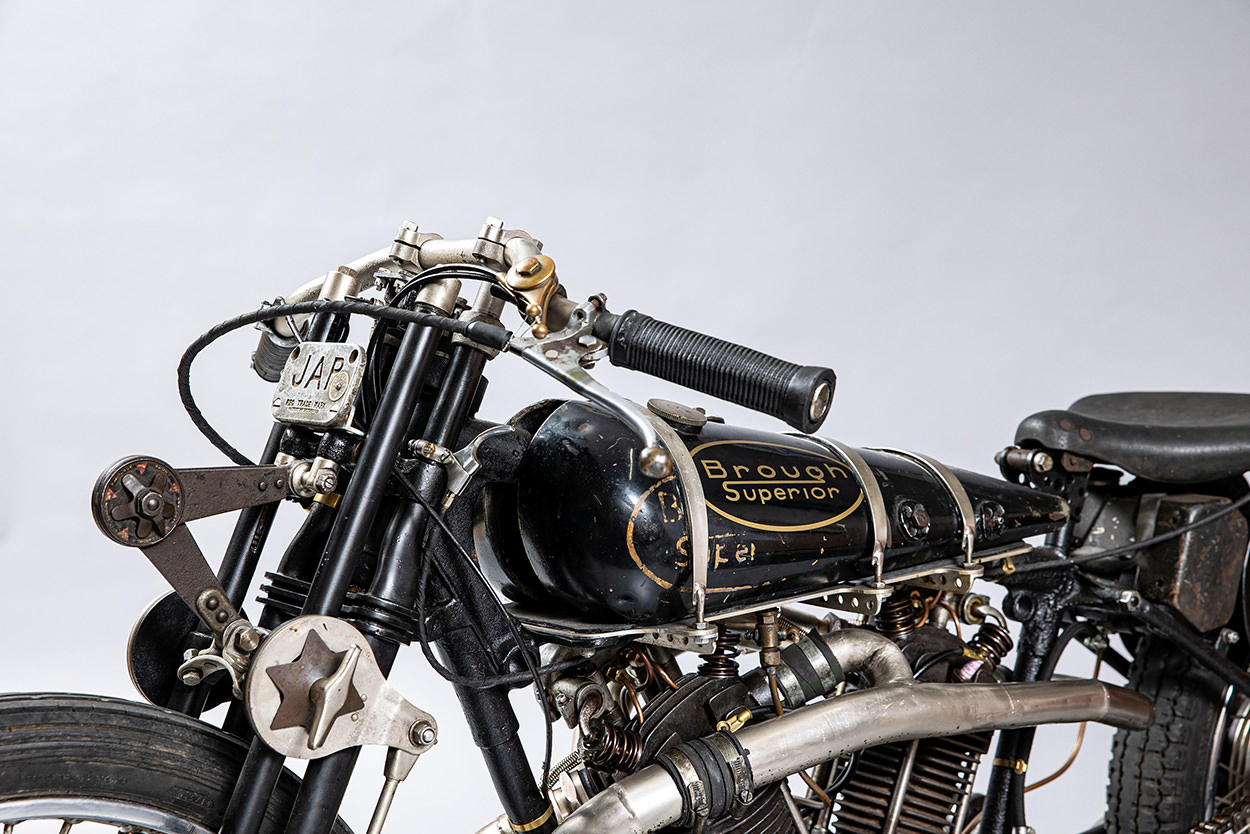 Thanks to a few chance finds along the way, just about everything is period correct, with an astonishing number of OEM parts. Ewan even acquired a new-old-stock headstock from Brough Superior’s owner at the time, Alec Card. The final product’s a complete runner, and has already been ridden to the pub. 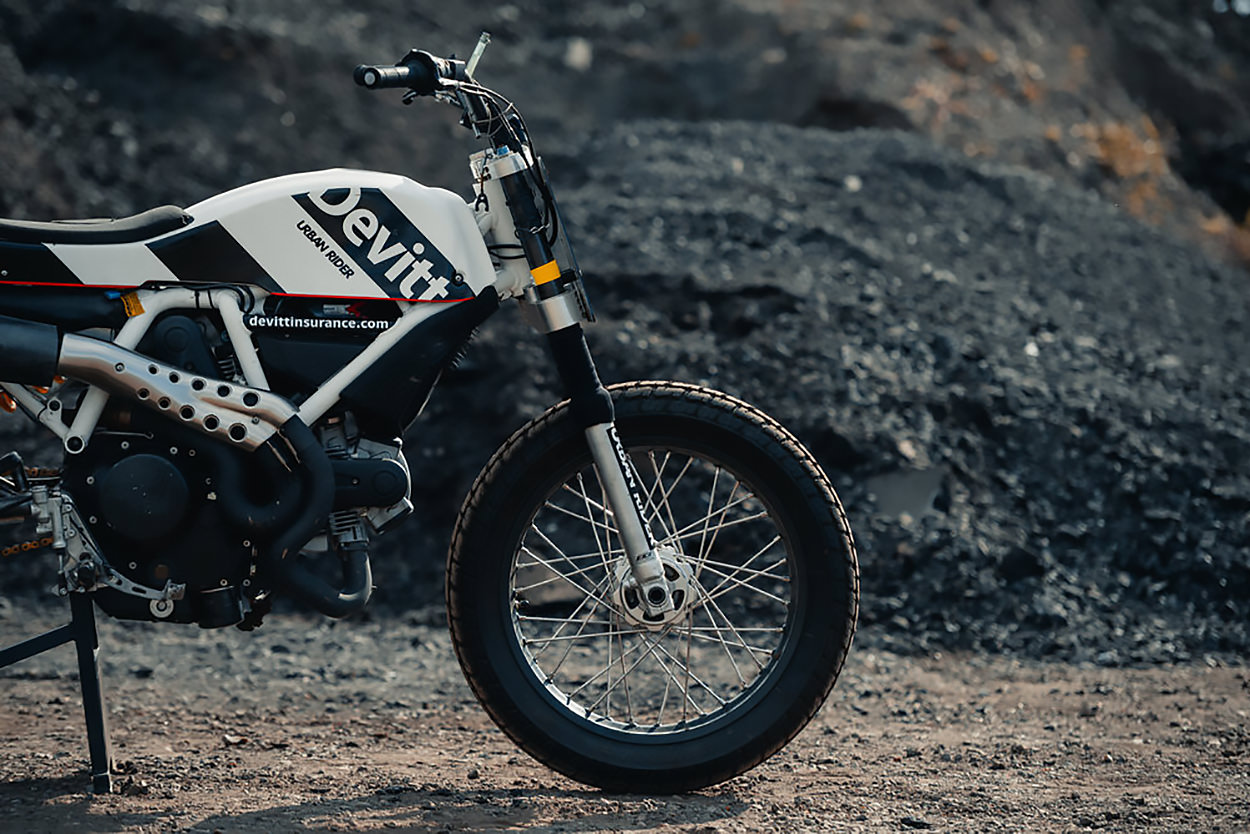 Ducati Scrambler by Vanoni Moto Officina This wily Ducati Scrambler was built by Max Vanoni—a mechanic and customizer who used to be part of the Death Machines of London team. It’s a bona fide flat track race bike too, built to compete in the hooligan class of the UK’s DTRA series, and piloted by Jack Bell.

Max built this bike in two stages. The first version was called ‘F*** TRK,’ and ran in the only two races that were held last year. Then it was upgraded for the 2021 season, and renamed ‘Olimpia100,’ in honor of Max’s grandma, Olimpia, who turns 100 this year. 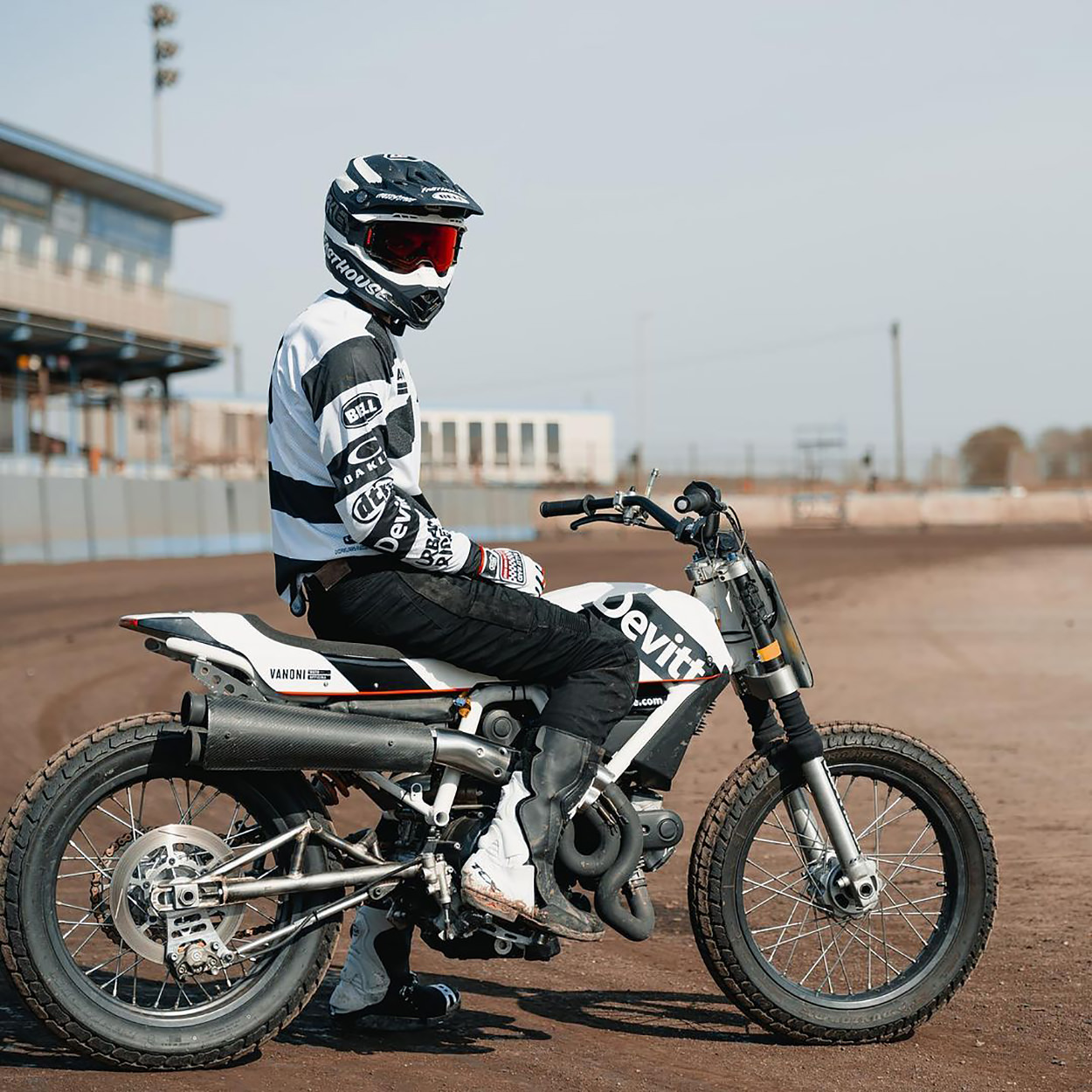 As per DTRA regulations, the Ducati’s frame is standard—but the running gear’s been upgraded. It now runs with custom-built yokes, paired with the DLC-coated and re-valved forks from a Yamaha R6, and an Öhlins rear shock. Max originally modified the swingarm to take a 19” rear wheel, but he’s now replaced it entirely with a brazed Cro-Mo unit. 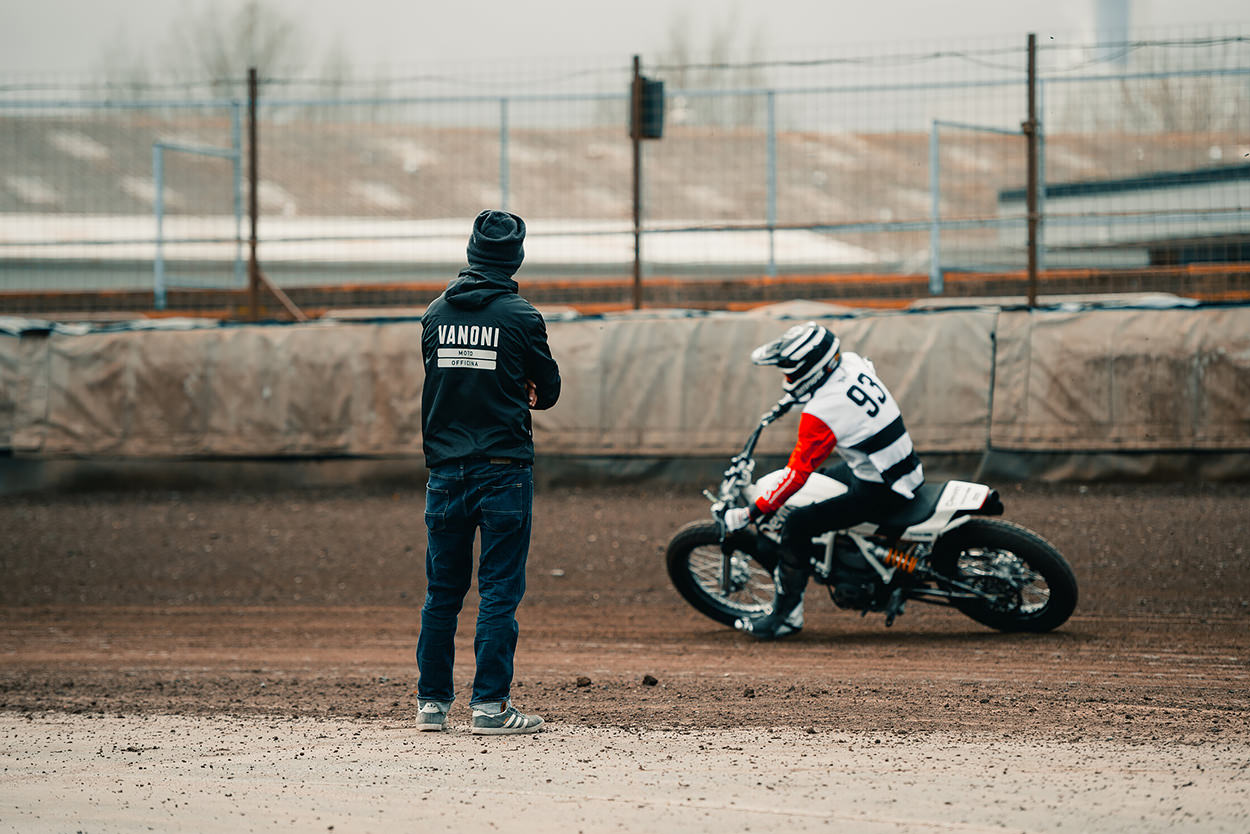 The engine’s mostly stock, but runs with a modified airbox, a full Zard exhaust system and upgraded ECU mapping. There are some really trick mods too, like a custom-built hydraulic clutch system, and a one-off rear brake setup.

The bodywork is a one-piece unit that hides an aluminum fuel cell, and is dressed in a striking black-and-white livery. All the little details have been seen to as well—like adjustable handlebar clamps that hold a set of RK bars, and a bunch of weight-saving tweaks. [Vanoni Moto Officina | Via] 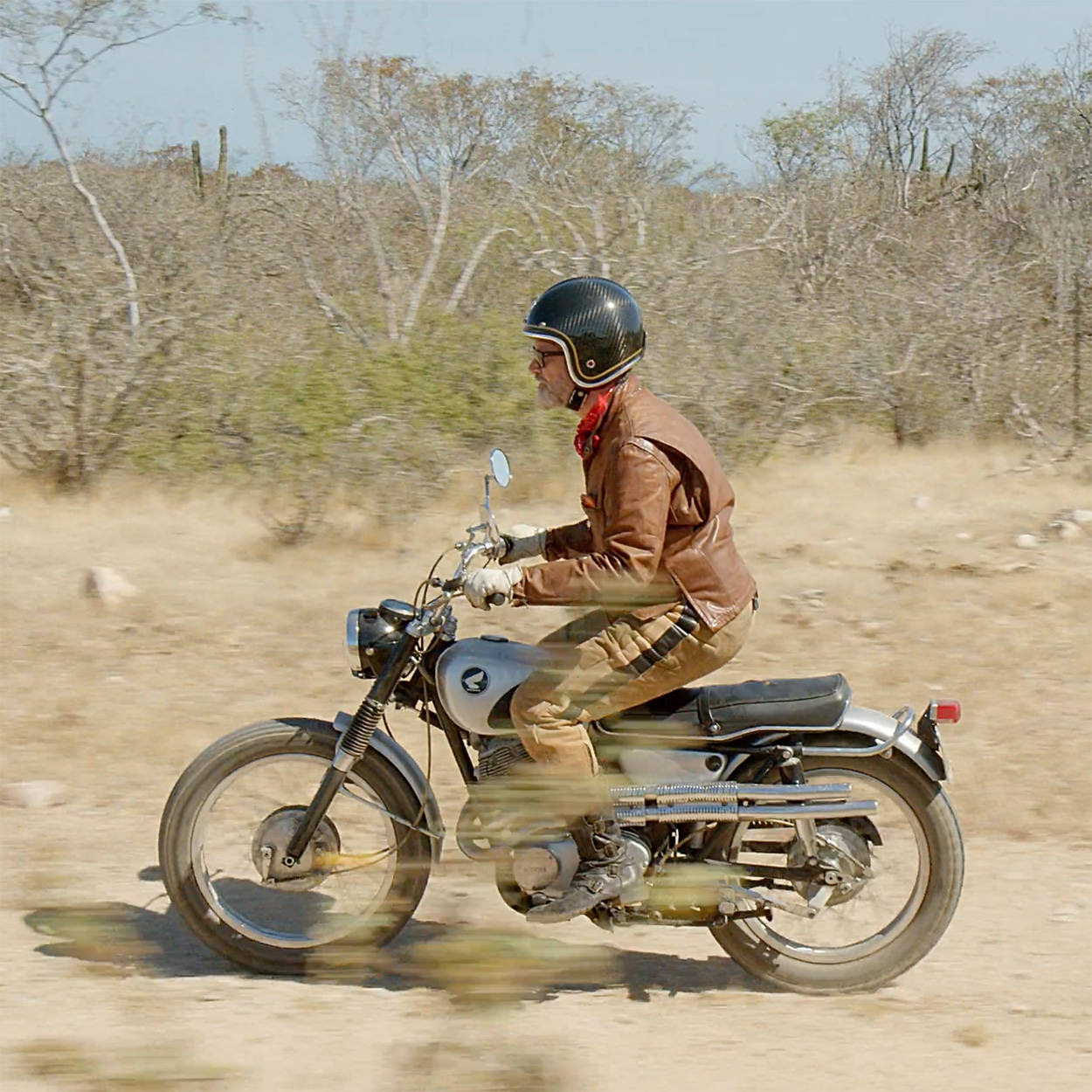 ADV:Overland at the Petersen Automotive Museum Curated by Paul d’Orléans of The Vintagent, produced by the Motorcycle Arts Foundation and Sasha Tcherevkoff, and supported by Harley-Davidson, ADV:Overland celebrates the spirit of seeking adventure on wheels. With the tagline “off-road to off-world,” the exhibition includes a collection of round-the-world and long distance machines, dating from 1903 to the present—and reaching into the future, too. 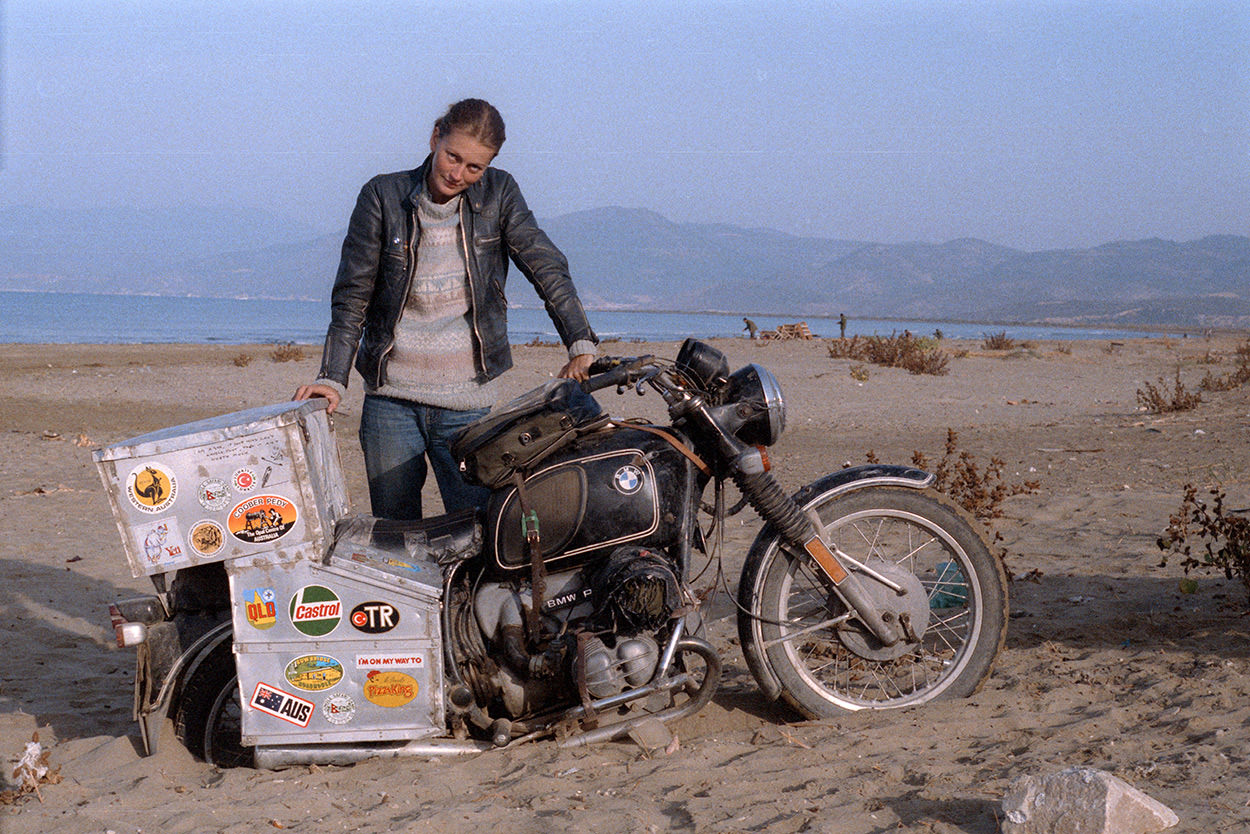 “In the beginning, every motor trip was an adventure, and every motorist a mechanic,” reads the exhibition PR. The collection celebrates pioneers like George A. Wyman, who crossed the USA by motorcycle back in 1903, and Carl Stearns Clancy, who circumnavigated the globe on his Henderson Four in 1912.

Other machines on display range from old to new. You can check out Elspeth Beard’s 1974 BMW R60/6 [above], Paul’s own 1964 Honda CL72 Scrambler, Lyndon Poskitt’s 2007 KTM 690 Rally bike, and the Harley-Davidson LiveWire that Charley Boorman did his ‘Long Way Up’ TV show with. 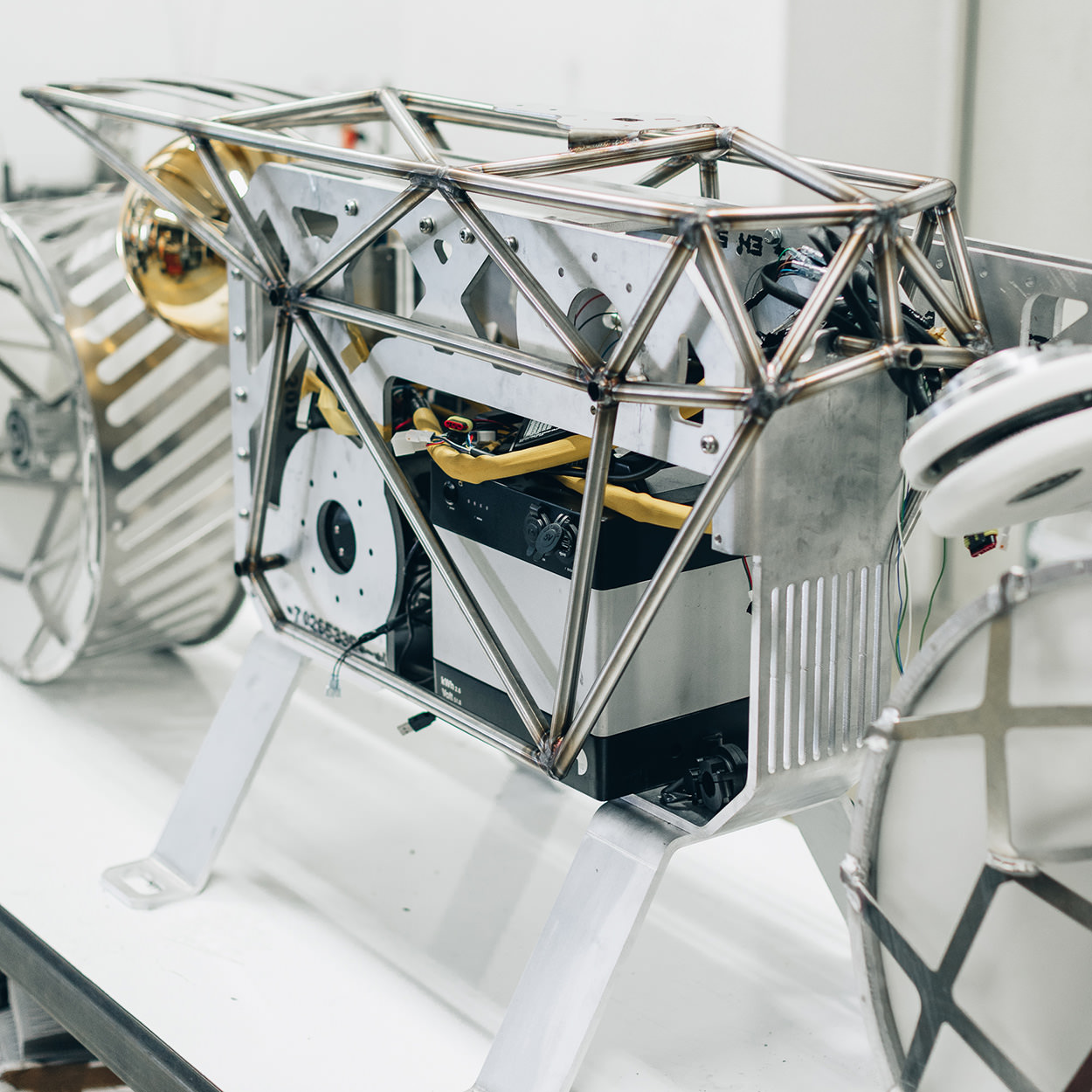 Space exploration gets a nod with two examples of the ‘chariot’ from the 1965 and 2018 Lost in Space TV series, and an actual NASA space rover. Hookie Co.’s ultra-futuristic electric concept, Tardigrade [above], is set to make an appearance too.

“These remarkable machines tell a human story,” says Paul, “of dreamers and reckless youth, stubborn visionaries and dogged competitors, all together in one place. We told lenders not to wash their overland veterans: we wanted to show good honest dirt as proof of their rough duty.”

The exhibition opened at the Petersen Automotive Museum in Los Angeles this weekend, and there’s a reception on July 15th, which will be a drive/ride-in event on museum’s rooftop. [More] 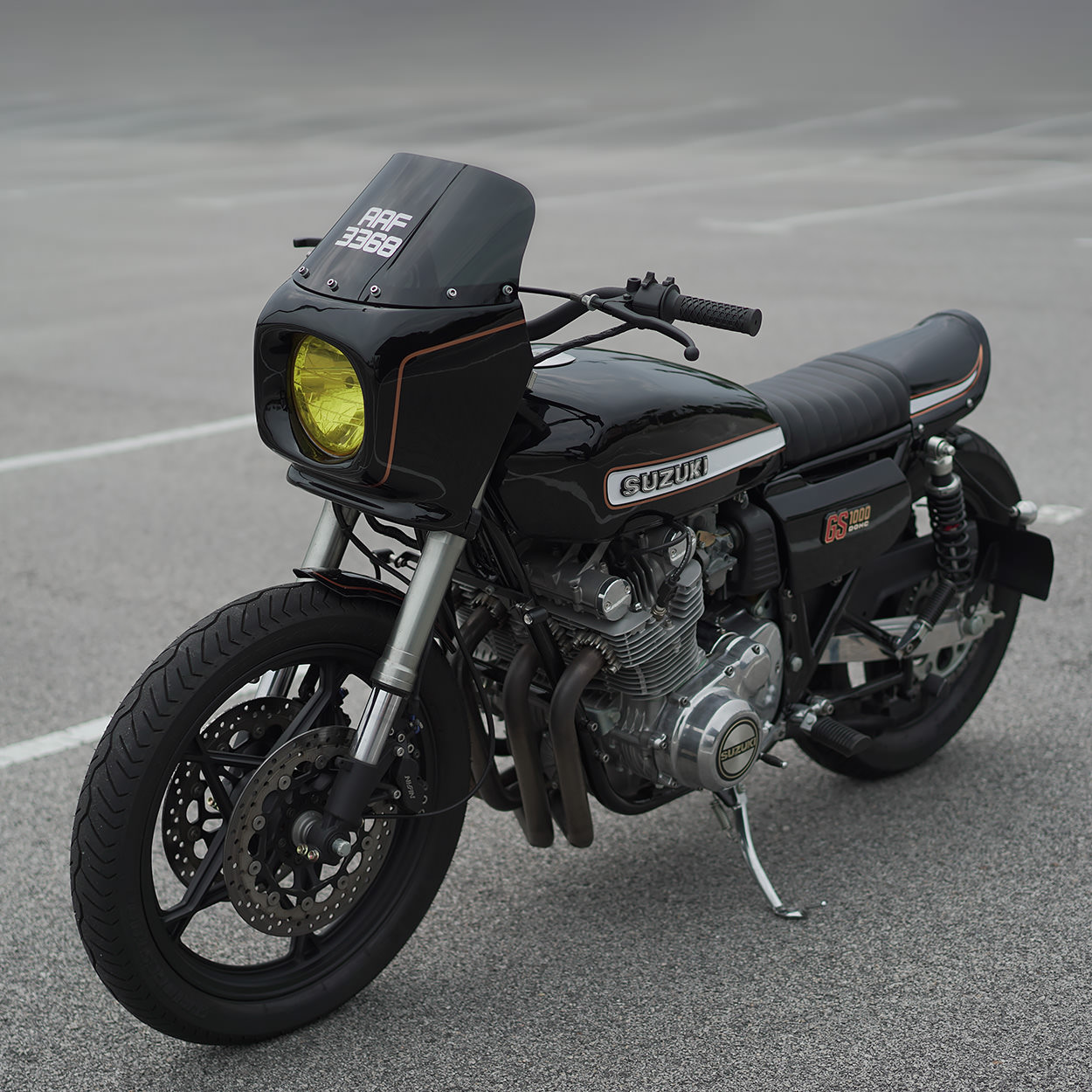 Suzuki GS1000 by The Rebanism The best restomods are the ones that retain the spirit of the era they’re from, but are improved in a hundred tiny ways. And this handsome Suzuki GS1000 from Malaysia does just that.

The bike belongs to a gentleman named Reban, who bought it back in 2018 while on a bike trip with his local club, Sunday MC. He then turned to one of his fellow club members—the owner of the Malaysian design house, Goldfish Motoworks, to help him visualize a new direction for it. 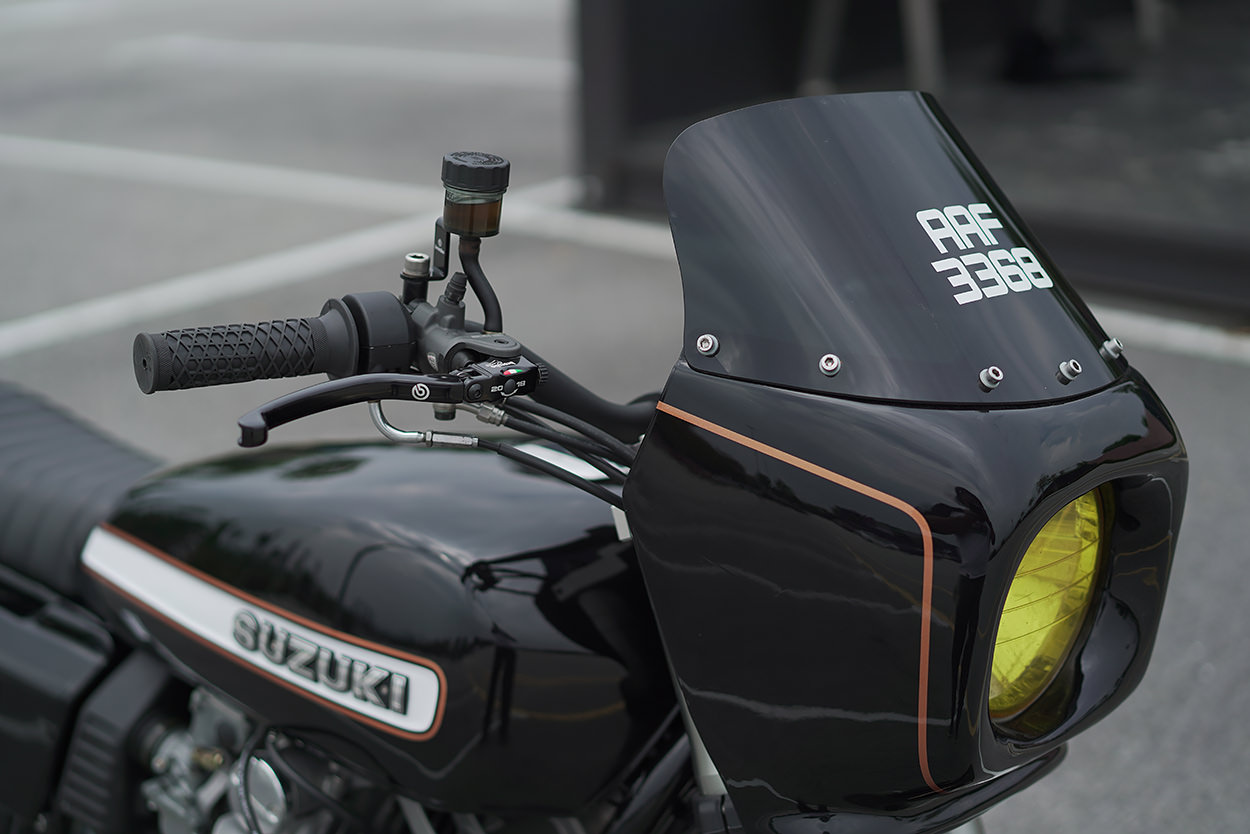 Goldfish came back with a render that blended classic cafe racer and ‘club’ styles, and Reban got cracking with the help of some local craftsmen.

The first job was tweaking the Suzuki’s rear section. The subframe was cut and looped, then a shorter seat pan was fabricated, along with a new tail bump. Reban opted for a retro-fabulous ducktail design rather than the ubiquitous cafe hump—and it looks spectacular. 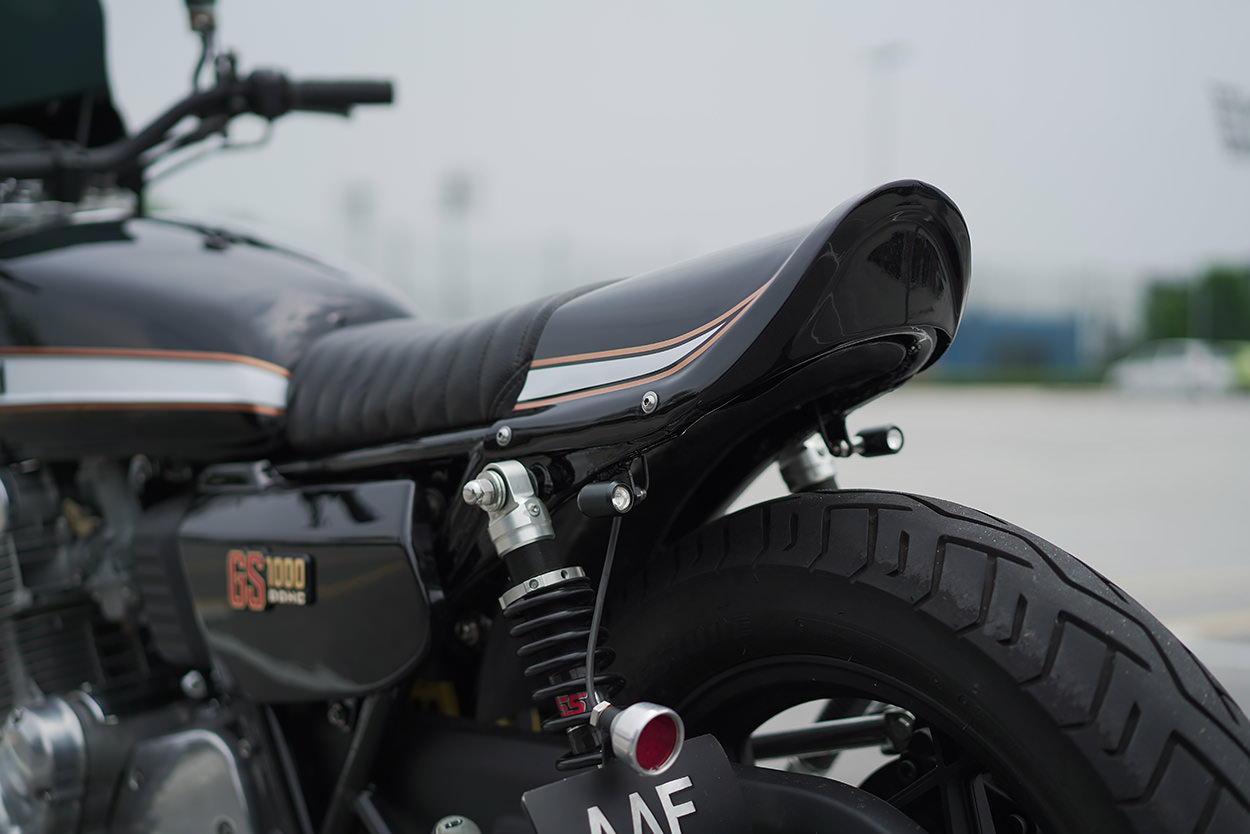 Next up, a set of Honda Fireblade 929RR forks went on, hooked up to a custom CNC-machined top yoke. The front fairing comes from Maier Design, but it was lightly modified with some fiberglass work to suit the proportions of the bike.

The turn signals and rear light came from Purpose Built Moto in Australia. 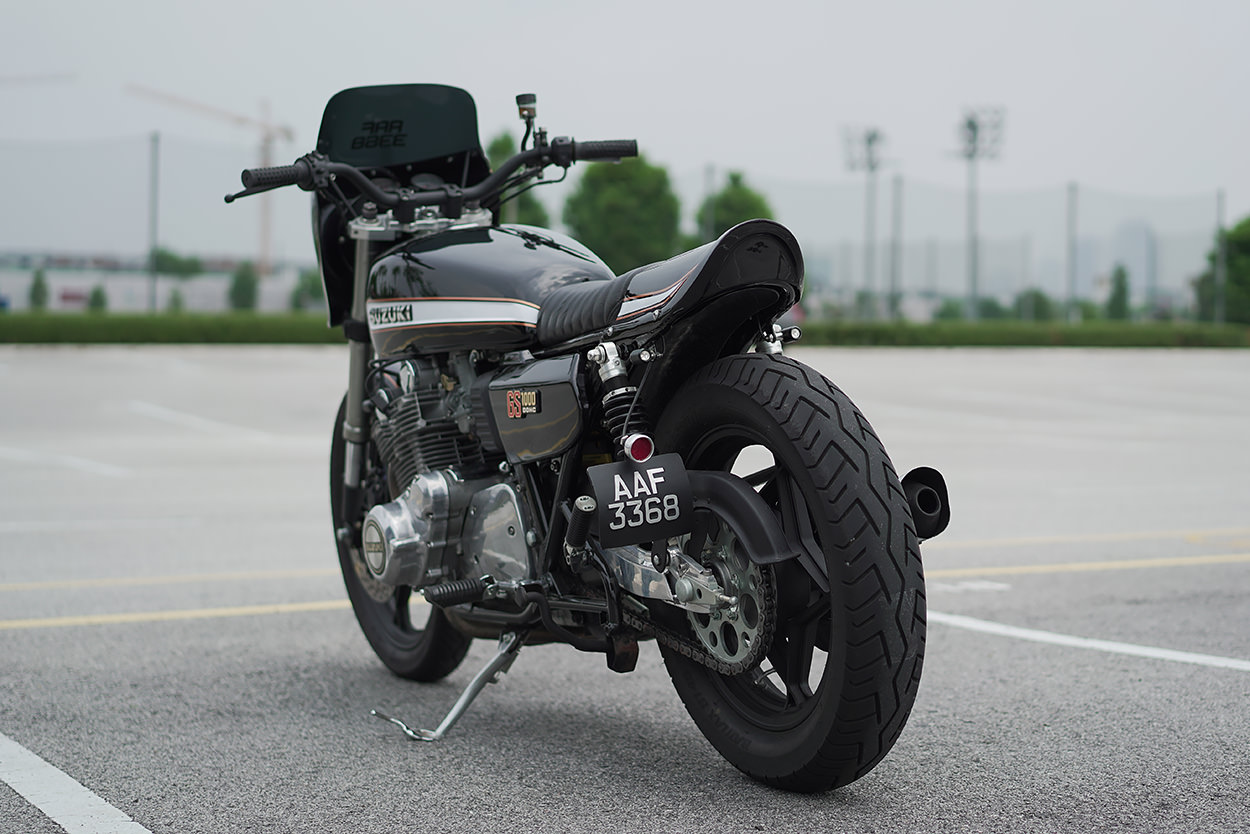 Other bits include a Brembo front brake lever, adjustable rear shocks from YSS, and new Bridgestone Battlax BT-45 tires. A renowned local Suzuki specialist, Mr. Ah Seng, overhauled the engine and wiring too. Reban used classic badges to give it a timeless feel, then nicknamed his bike ‘The Last Kogo’ (‘kogo’ means ’empress’ in Japanese). [The Rebanism]

Earned: The Story of Keith Hale’s Ducati 750 Super Sport The Ducati 750 SS is one of the most iconic motorcycles ever made, and one of the rarest classics on the market today. Only 401 were ever made—so if you want one, you’d better have deep pockets.

Keith Hale fell in love with the 750 SS the moment he heard it. Only 22 years old at the time, he took out a bank loan and convinced the Ducati dealer in Fresno, California to sell him their only example. 47 years and 100,000 miles later, it’s still his.

Directed by Roberto Serrini, ‘Earned’ is a beautifully-made documentary about Keith and his single owner 750 SS. Pour a [insert favorite beverage], kick up your feet, and be inspired. [More]