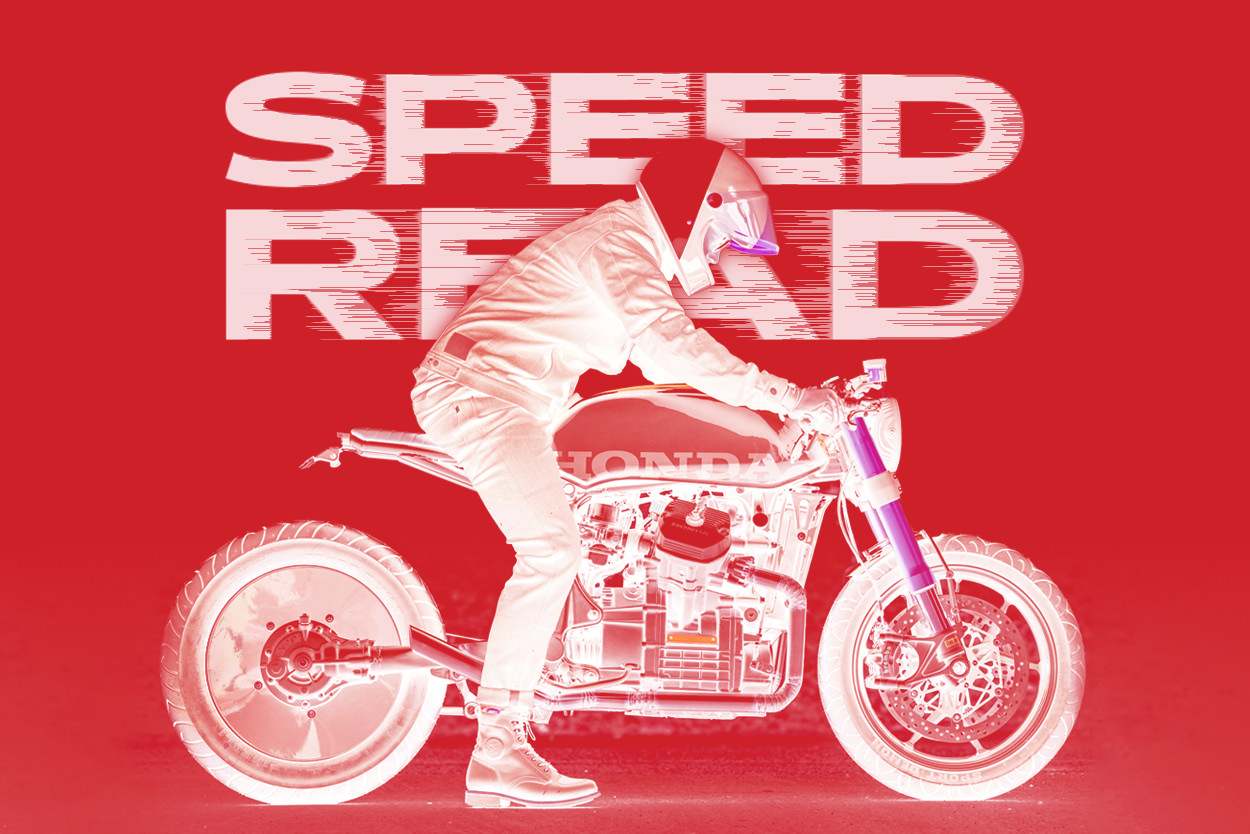 Ironwood says goodbye to older bikes with their last carb’d custom. We’ve also rounded up another fresh Triumph from Tamarit, a Zero with handcrafted bodywork, KTM’s new 450 Rally Replica, and a modern homage to the Ducati 750 Sport. 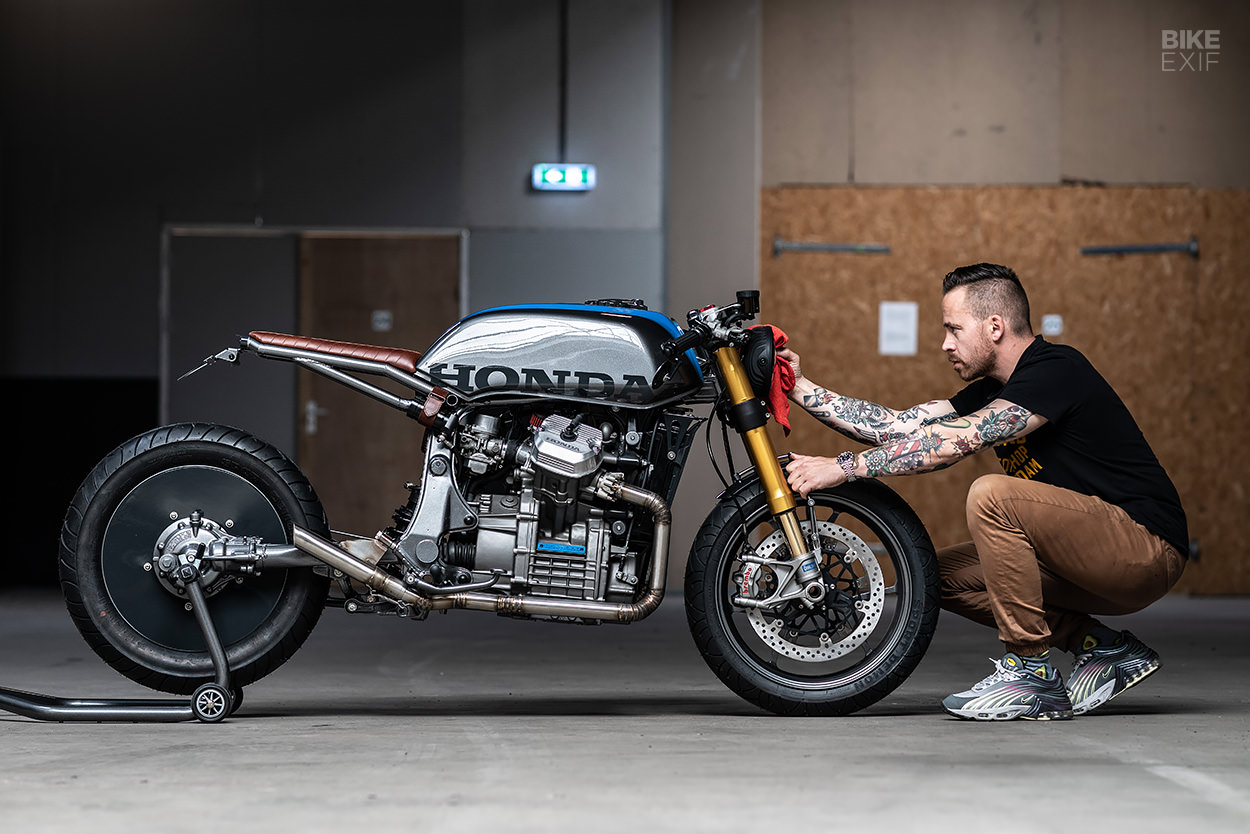 For older motorcycles, Arjan has partnered with Wyld Garage Co. in Arizona, who are producing bikes of his original style to order. But Ironwood is moving away from its BMW boxer roots, and towards modern ICE and electric motorcycles. 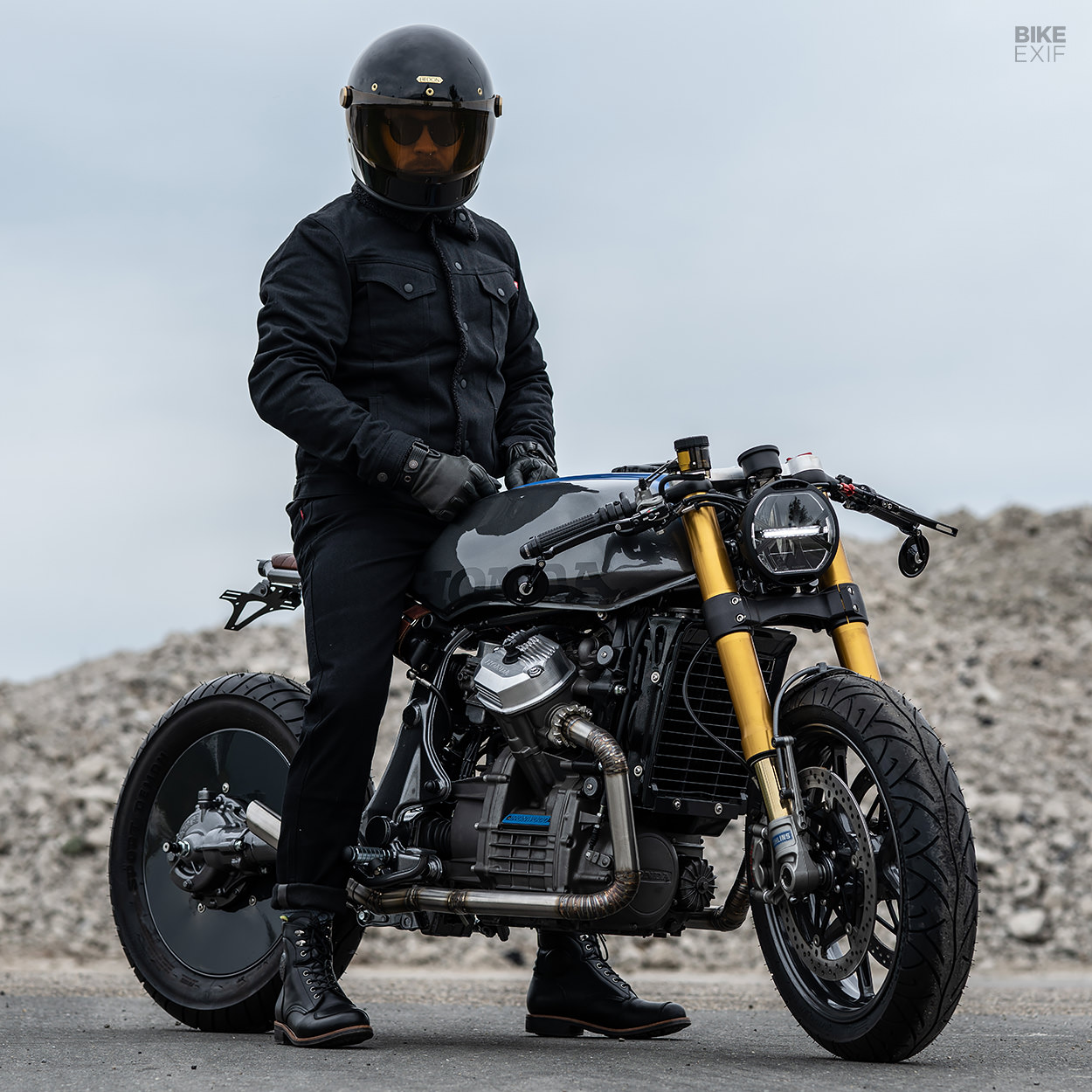 Arjan’s based his last ‘vintage’ build on a bike I am quite familiar with: the Honda GL500. I began my motorcycling career with the GL’s poor brother, the CX500. I modified my old CX too, but I certainly didn’t go to the extent that Ironwood has.

Up front, they’ve grafted on a Ducati Monster 1200 front end, complete with radially-mounted Brembo brakes. An LED headlight is cleverly attached to the forks, in front of a Honda CB750F fuel tank. The long and wide tank looks to have been a perfect choice, as it ends neatly where the new rear subframe begins. 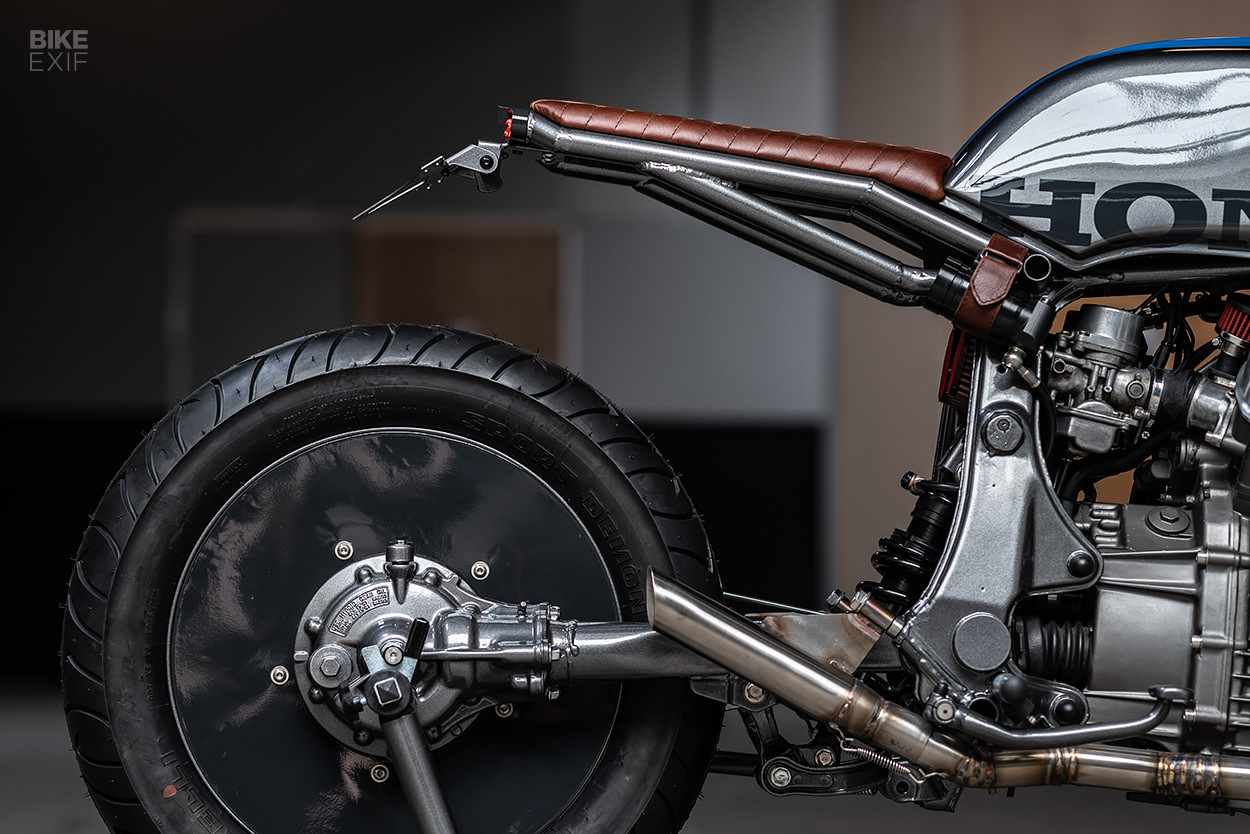 Speaking of, the ugly OEM subframe is where most CX/GL-based builds fall down—and it looks like Arjan and the Ironwood team share this opinion. Starting from scratch, the new subframe supports a very svelte leather seat, cantilevered over the back end. The exhaust is all new, and I like how it terminates behind the foot pegs, putting the enclosed rear wheel on display. 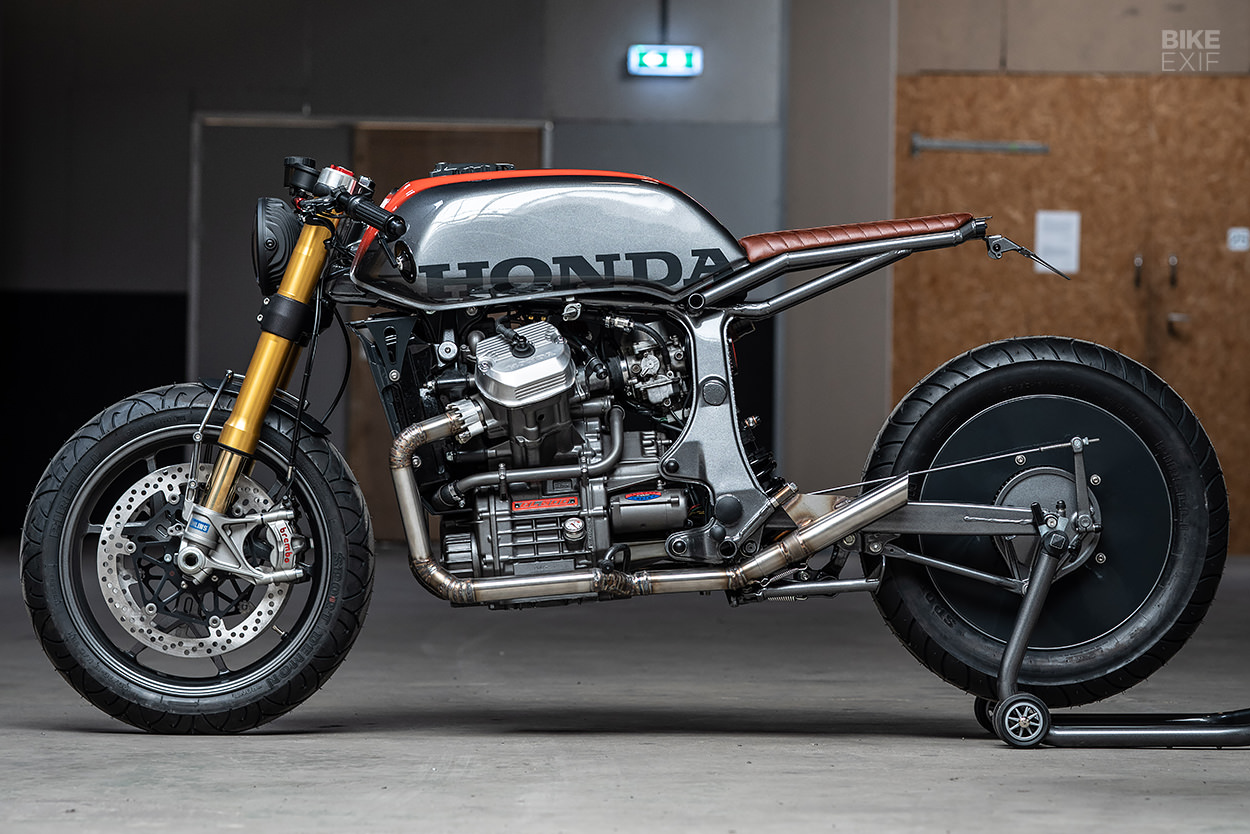 Taking a back seat to customer work, this GL took Ironwood a full two years to build. According to Arjan, the long-term investment has returned dividends by way of improved aesthetics, a great soundtrack and an even better ride. [Ironwood Custom Motorcycles | Images by Paul van Mondfrans Lindén] 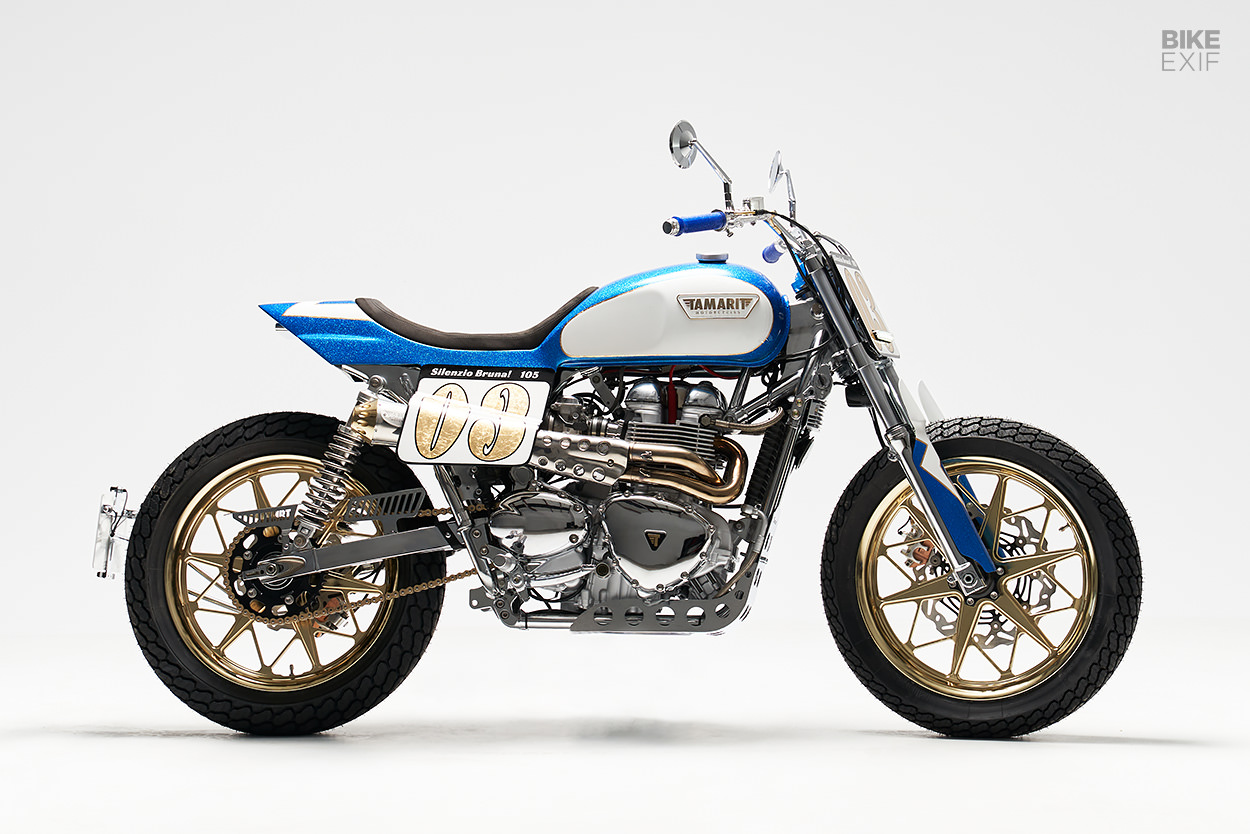 Triumph Bonneville by Tamarit Motorcycles The team at Tamarit has been busy. Hot on the heels of the bike we featured last week, here’s another of their spicy takes on the older carb-fed Triumph Bonneville T100.

This Bonnie is a lot more to my liking in terms of style compared to the last one. Tamarit calls it one of their “craziest bikes,” and have dubbed it ‘Silenzio Bruna!’ (Bonus points if you get the reference.) While the flat track-inspired design is not particularly outlandish, there are some striking details. 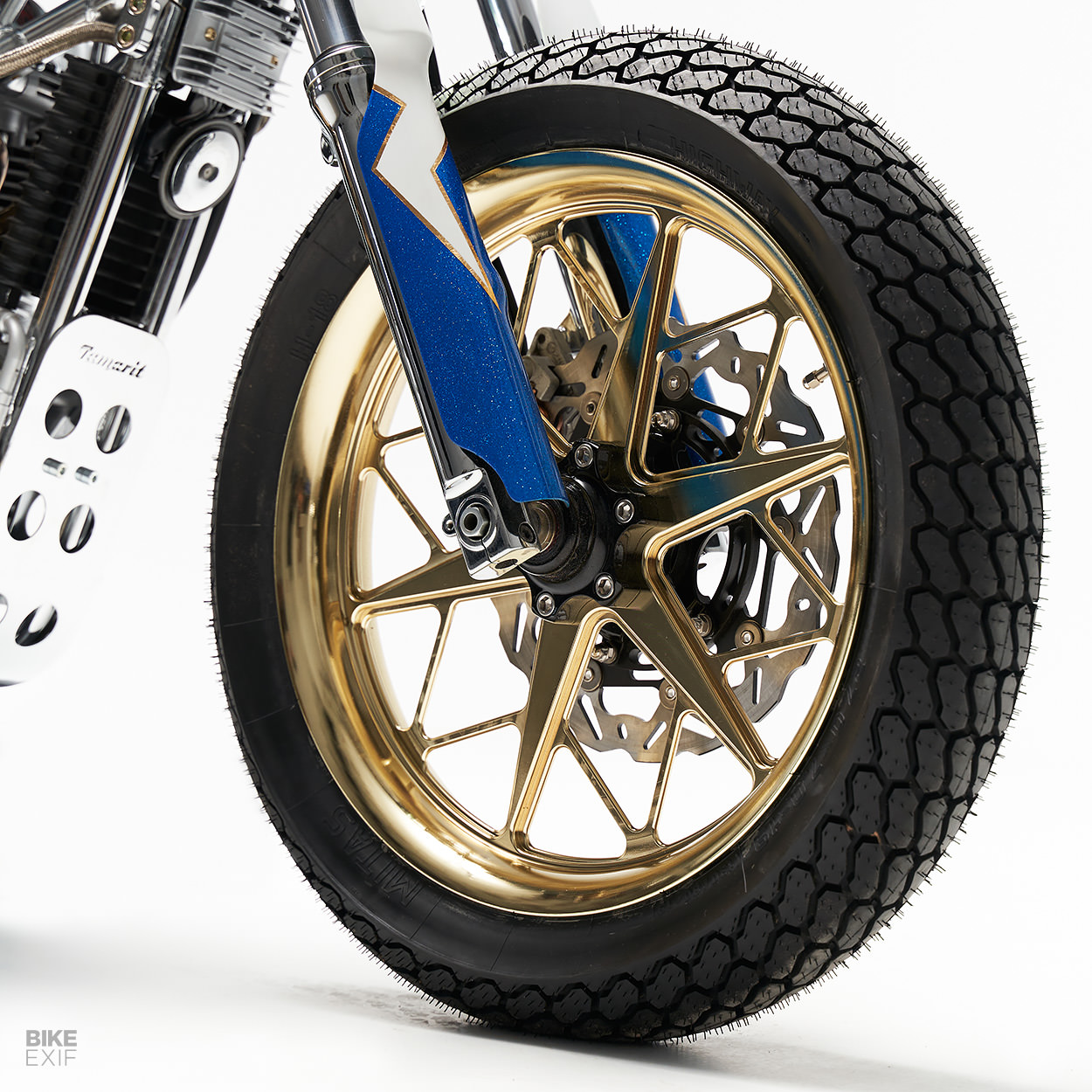 I’m a sucker for gold wheels and metal flake paint and Tamarit has done a great job with both of these aspects. The blue paint against the brass-plated wheels is stunning, and there is even more bling by way of the number plates, finished in gold flake. The frame has been chrome plated and the engine cases have been polished to match. 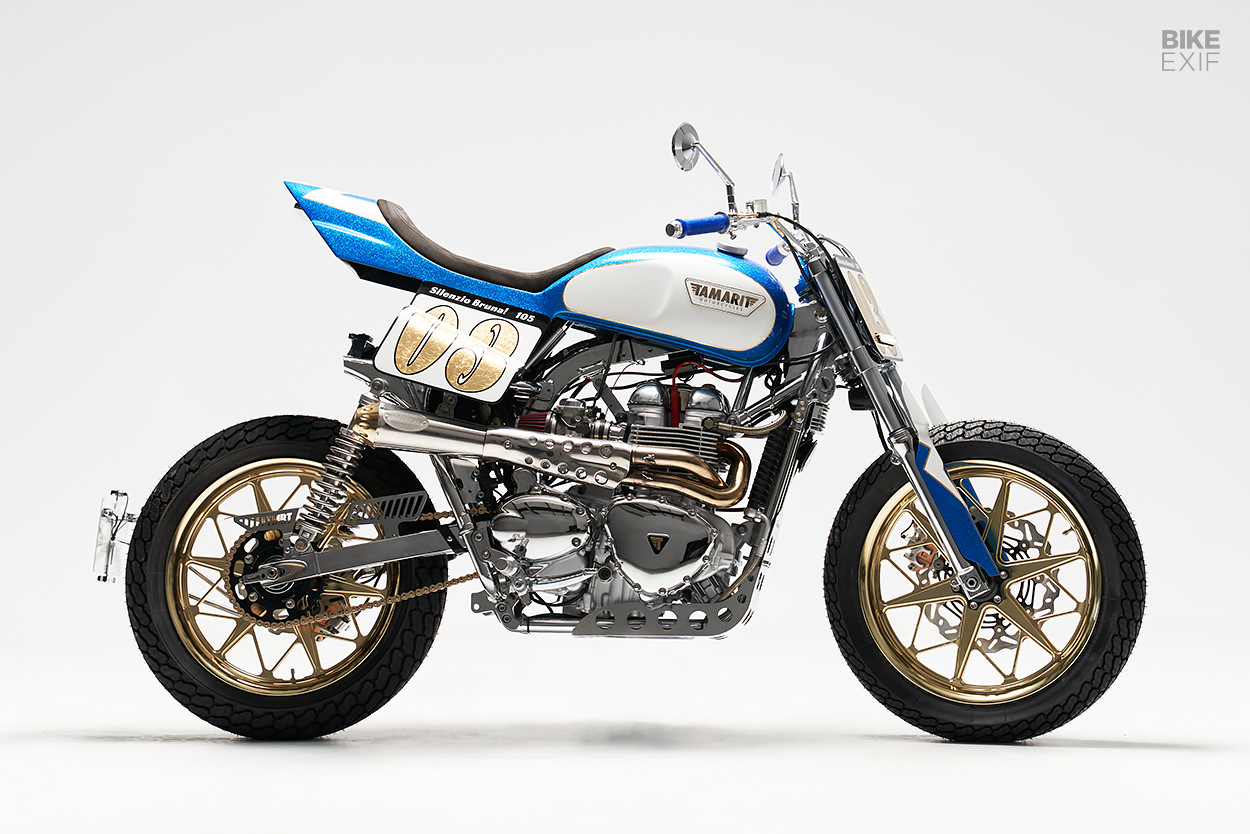 The real centerpiece of the build is the monocoque tank and seat unit. The whole thing is hydraulically assisted and lifts as one piece. Not only is this very impressive from an aesthetic standpoint, but it must also be mighty practical when servicing the bike.

The electronics have all been upgraded thanks to Motogadget, and the stock Bonneville cockpit has had some tweaks. The flat track bars are taller and wider than stock, and the mirrors, switches, throttle and grips are all new. 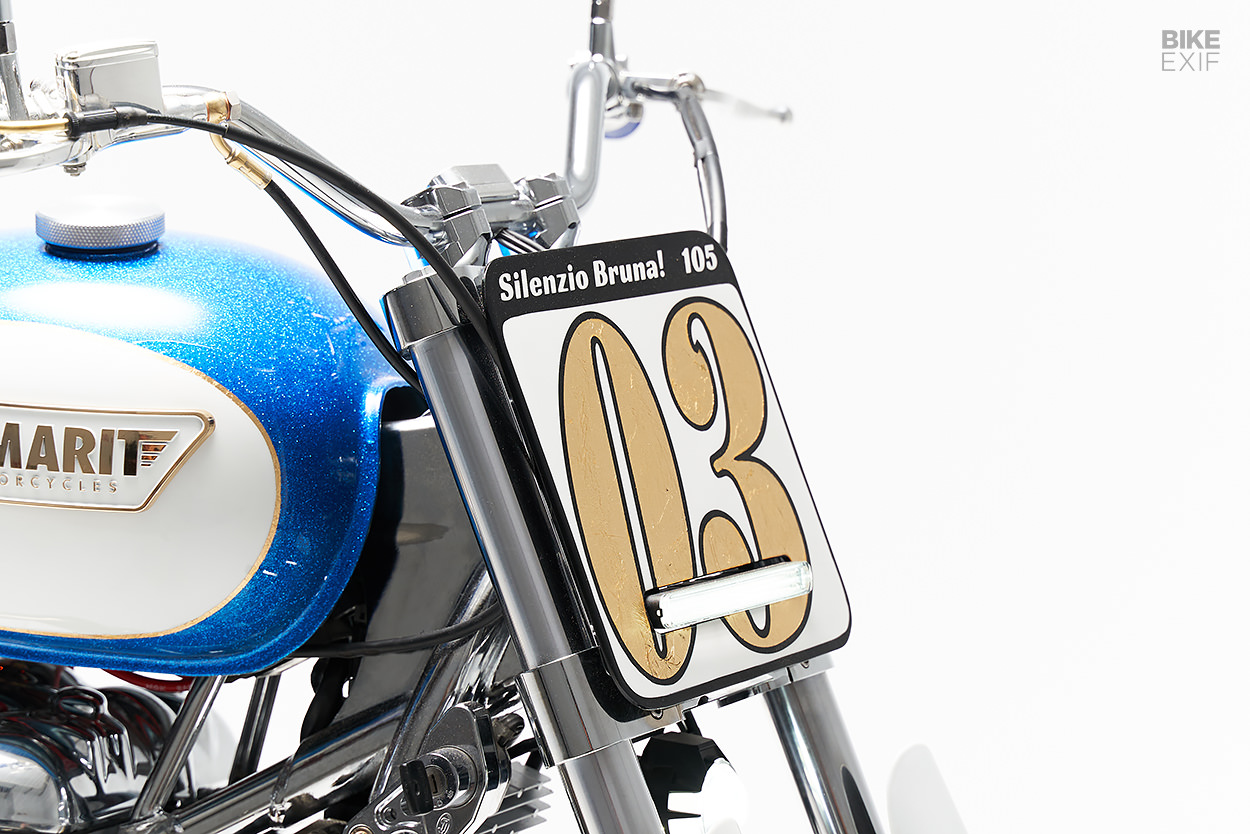 The gauge cluster has been replaced by a Motogadget Tiny speedometer, neatly deposited betwixt the bar risers. Lighting is, naturally, all LED and the ‘headlight’ is slung down below the front number plate.

There are countless other details that I’m glossing over. And while the studio shots of the bike look great, I bet it would look next level parked in the sun with all that glitter. [Tamarit Motorcycles] 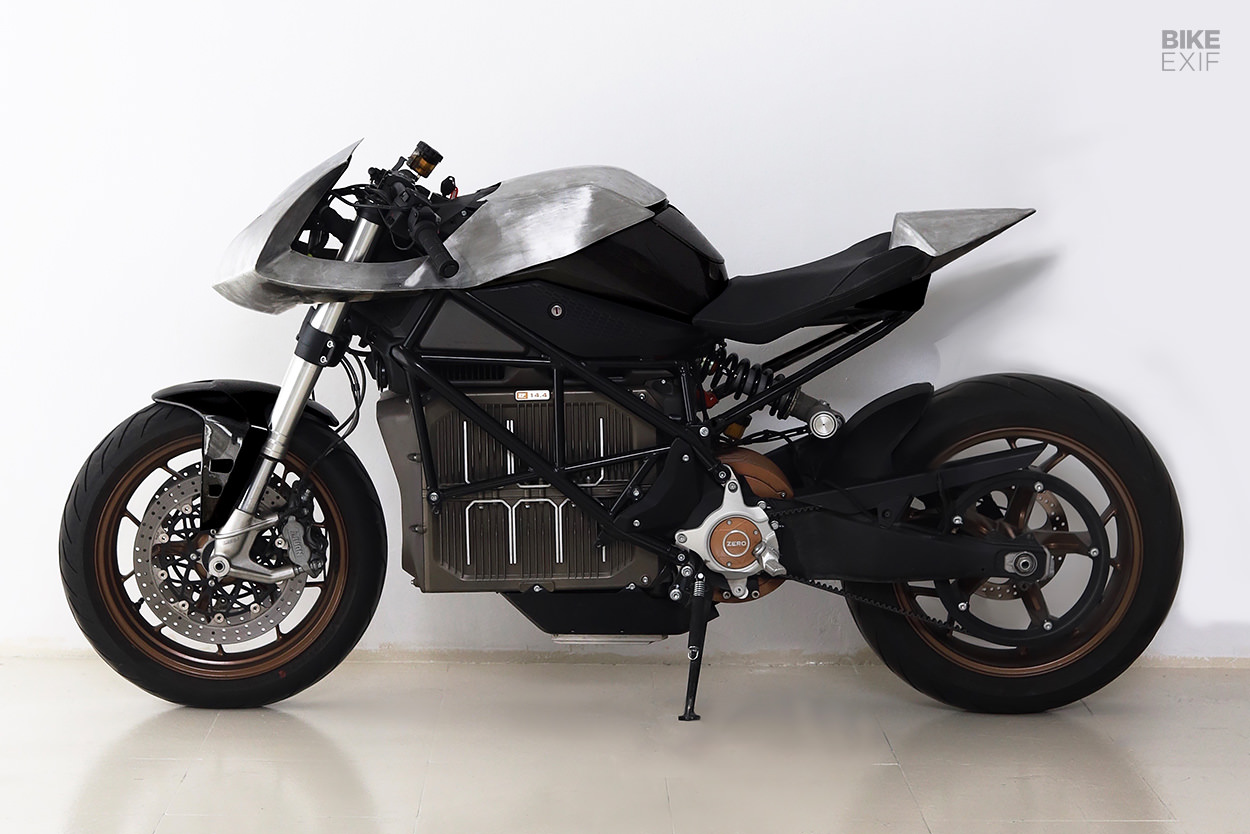 Zero SR/F by Bizarro Corp Do you have an all-electric Zero Motorcycle, but think it needs a retro-futuristic injection? Well, have we got news for you; this is a creation of that very ilk.

Based on a brand new Zero SR/F, Bizarro Corp teamed up with Zero Motorcycles Madrid to create this special aero kit. Opening its doors in 2014, Bizarro has pivoted away from fossil fuel-powered motorcycles recently, in favor of electric ones. 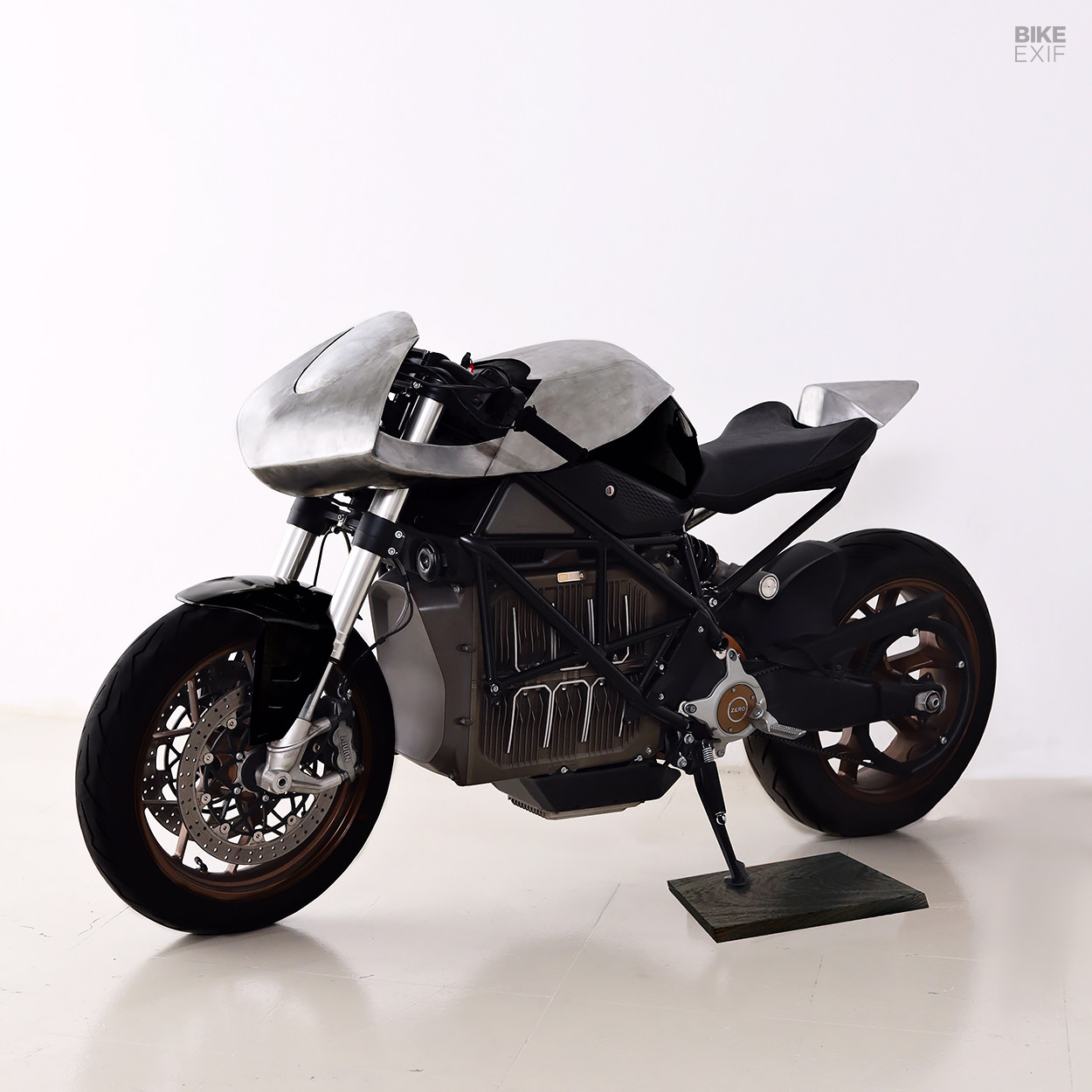 One of the best things about this kit (other than the look) is that it is completely interchangeable with the original fairings and bodywork. That requirement was baked into the brief, so Bizarro left much of the base bike below, focusing their efforts on hand-forming a full complement of aluminum bodywork. With low slung bars and waspish rear end, it all makes for a very racy silhouette.

If this is destined for a race track, then consider it finished. Even though it would be silent, unleashing 110hp and 190Nm of torque on an open track sounds like a lot of fun. [Bizarro Corp] 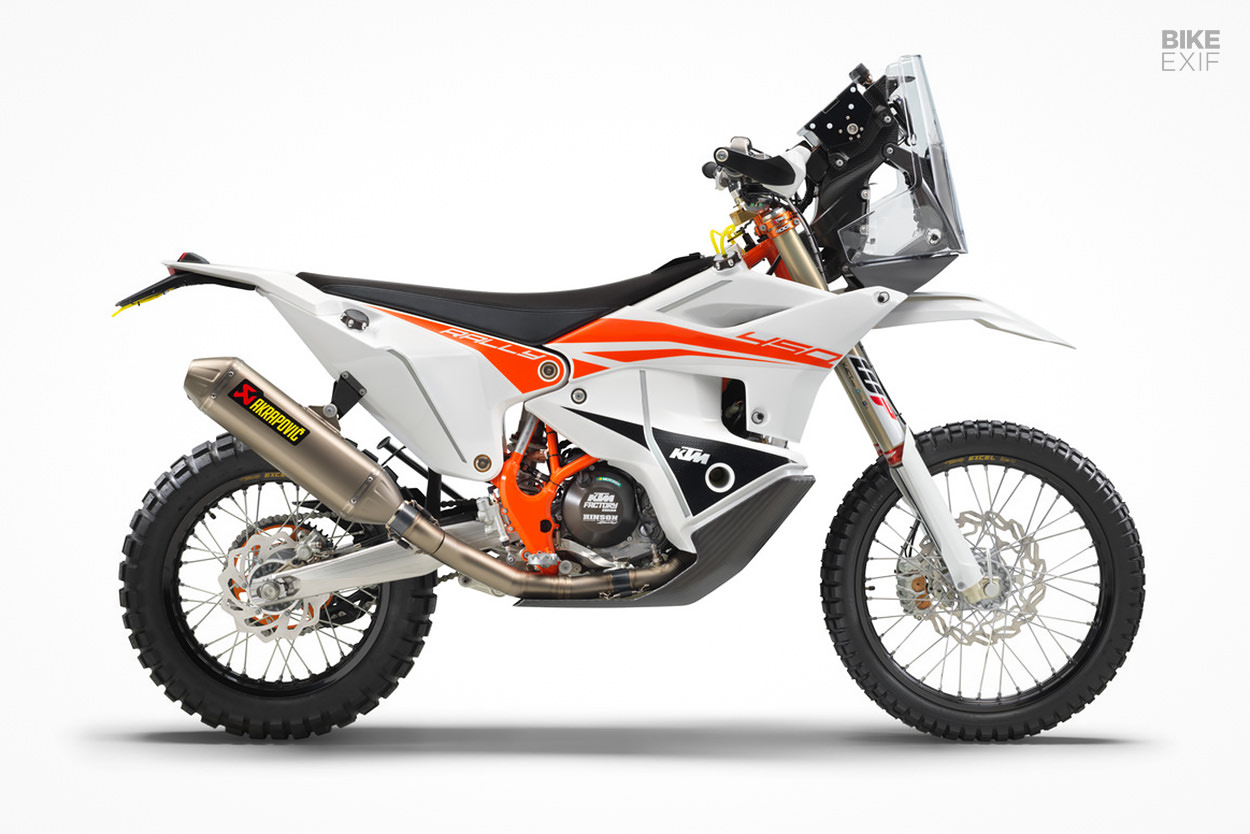 2023 KTM 450 Rally Replica The Dakar Rally is one of, if not the most, difficult and physically demanding races on the planet. It’s a grueling two-week event held at the beginning of each year, with competitors split up into several categories. Limited to 450 cc, the motorcycle category is largely dominated by a few brands—most of which fall under the KTM umbrella. 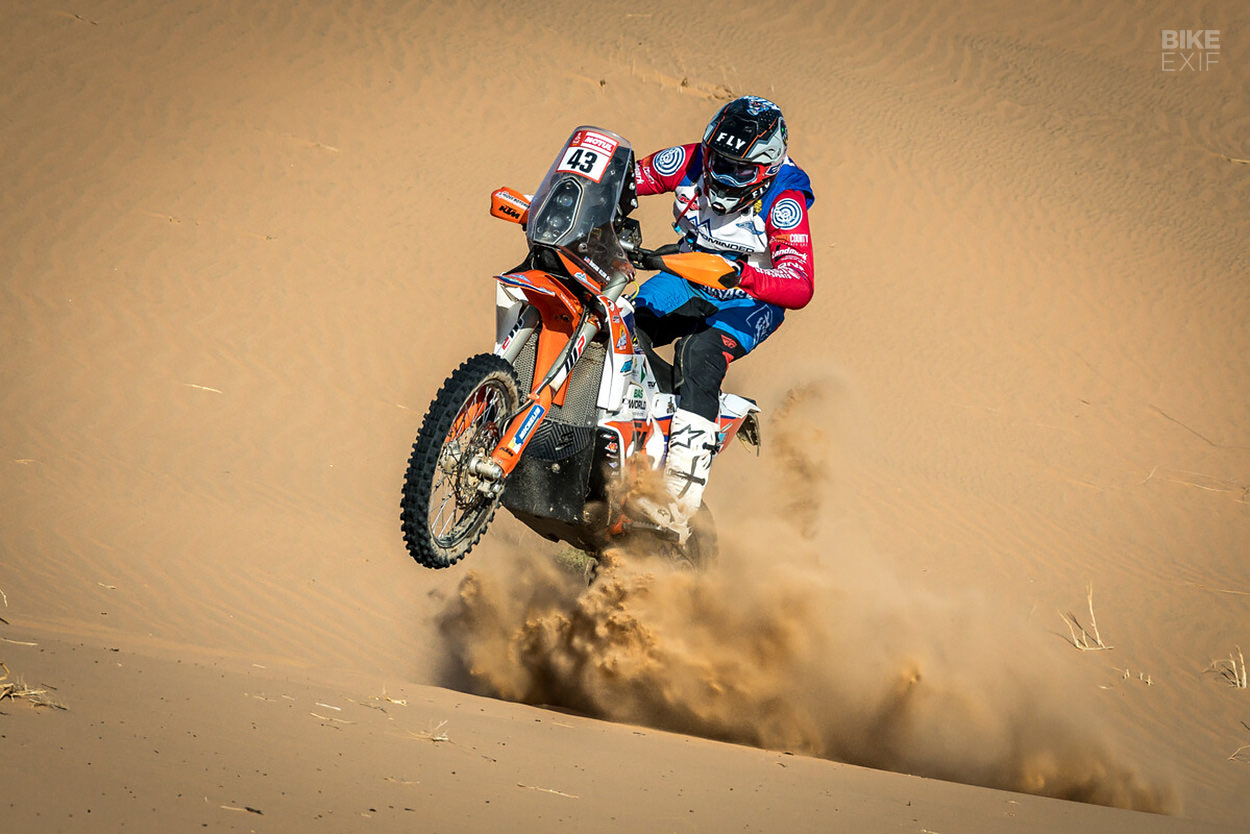 Over the last decade, KTM has claimed the top step of the Dakar podium eight times. Since 1979, they’ve won it 19 times. So to say that KTM is successful at Dakar is a gross understatement.

Drawing on that success comes this: the 2023 KTM 450 Rally Replica. As the name implies, it’s a full-spec, ready to race Dakar bike, almost identical to the winning machinery used by the KTM Factory Racing Dakar team. With only 70 units being built, these are morbidly limited edition. 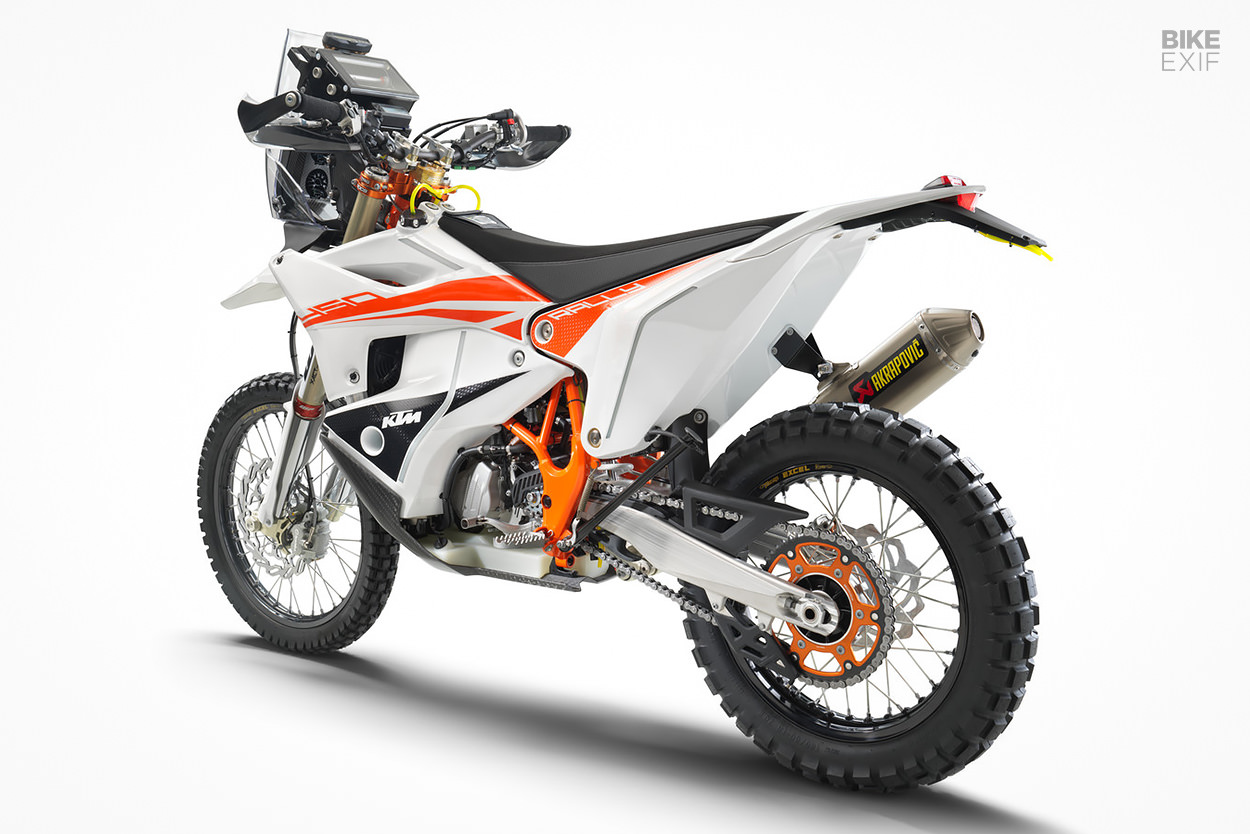 You do get a lot of race-winning kit for the privilege though. This factory race bike comes with the same fuel-injected 450 cc single, chromoly frame, Pankl transmission and WP XACT suspension as the team bike. And you even get the same Akrapovič exhaust.

As a recent adventure bike owner myself, stuff like this makes me weak at the knees. That could be because race-bred machinery like this is beautiful in its own ugly way. It could also be because of the price tag—KTM hasn’t revealed it yet, but last year’s iteration was an eye-watering $27,000. [More] 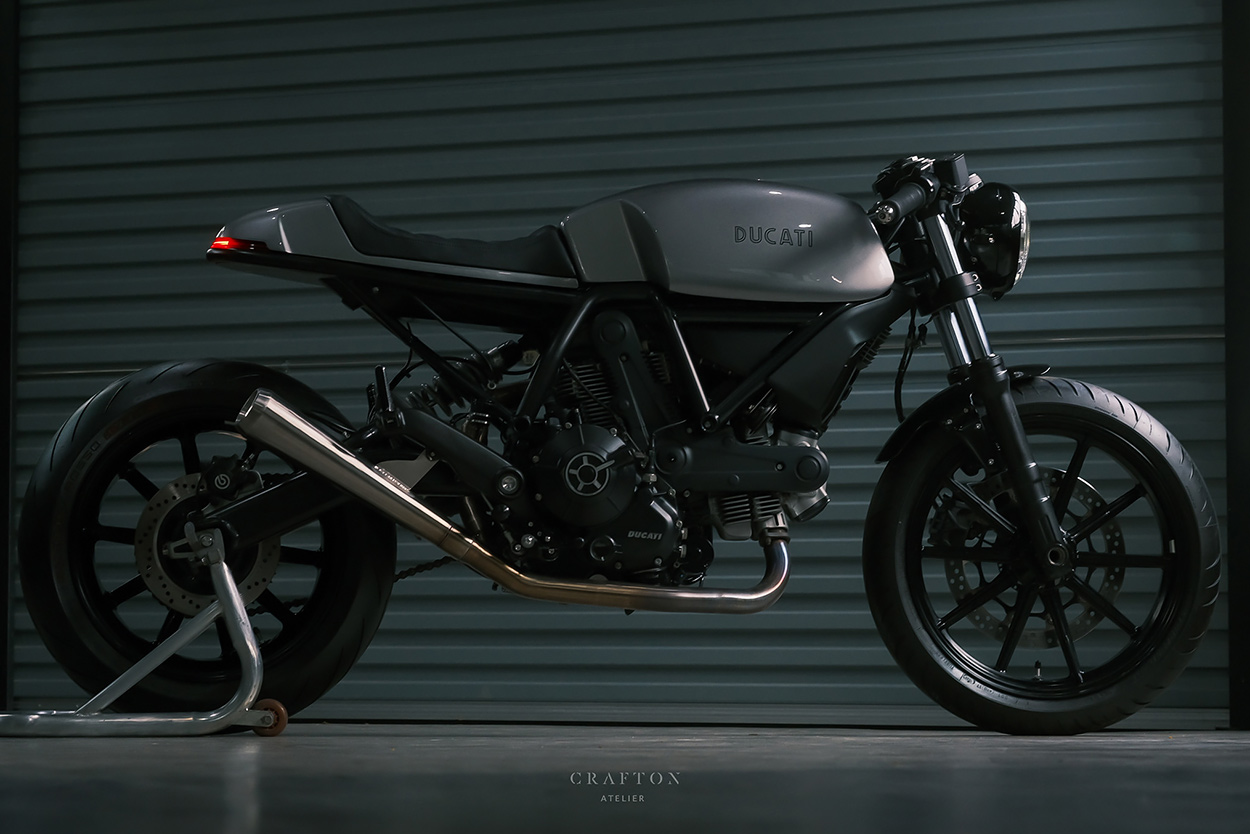 The Crafton Atelier Crafton 01 For this week’s Speed Read I opened up the first link Wes sent me, and was greeted by this silver Ducati, built by Crafton Atelier. I’d never seen the bike before, but I could tell it was based on a Ducati Scrambler. Still, it was oddly familiar—something about the lines and silhouette of the bike piqued my curiosity. 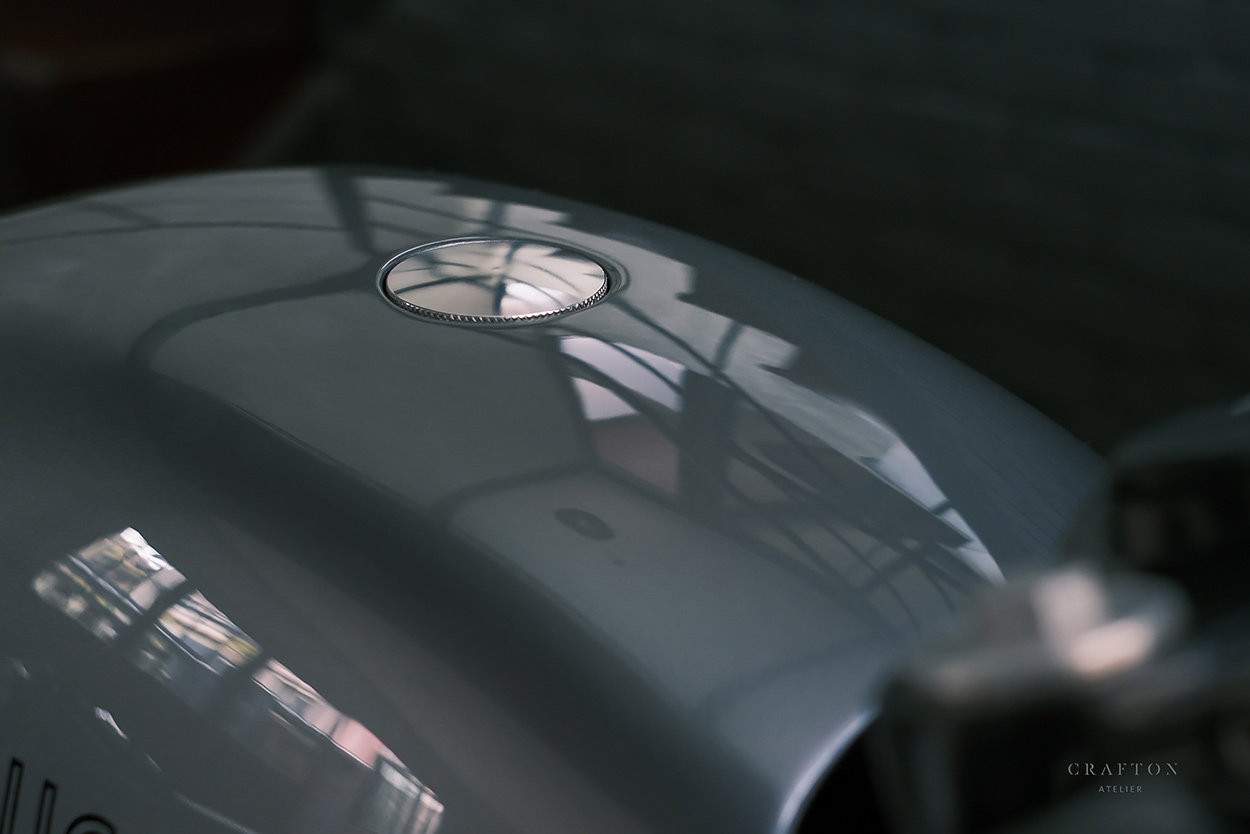 I scrolled down the page to discover that Crafton Atelier based its concept on one of my favorite motorcycles: the Ducati 750 Sport. The Crafton 01 isn’t a direct copy of the 750 Sport though—it’s more of a modern homage to the original design. And Crafton has pulled it off incredibly well.

Using the Scrambler as their starting point, they crafted a new tank from aluminum, equipping it with a flush-mounted filler cap. The tail is made of fiberglass, topped with a beautiful black leather saddle. 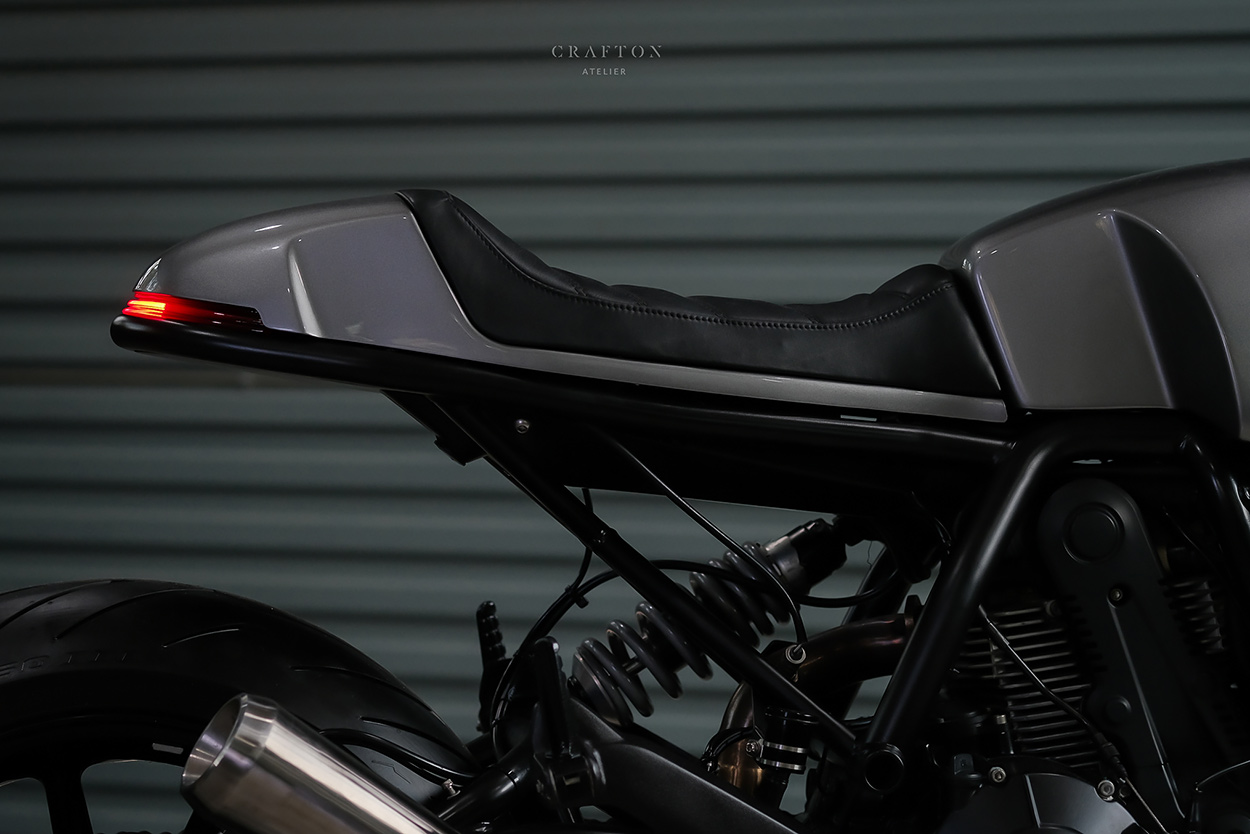 The exhaust system is hand made, and so is the electrics tray, neatly hidden under the new seat. This is balanced atop a new subframe—a huge improvement on the rather swoopy factory design.

Crafton has integrated the OEM seat latch into a new position under the electronics tray too. This seems like a small detail, but I’ll bet it’s a welcome one when it’s time to change the battery or service any of the other electrical components. 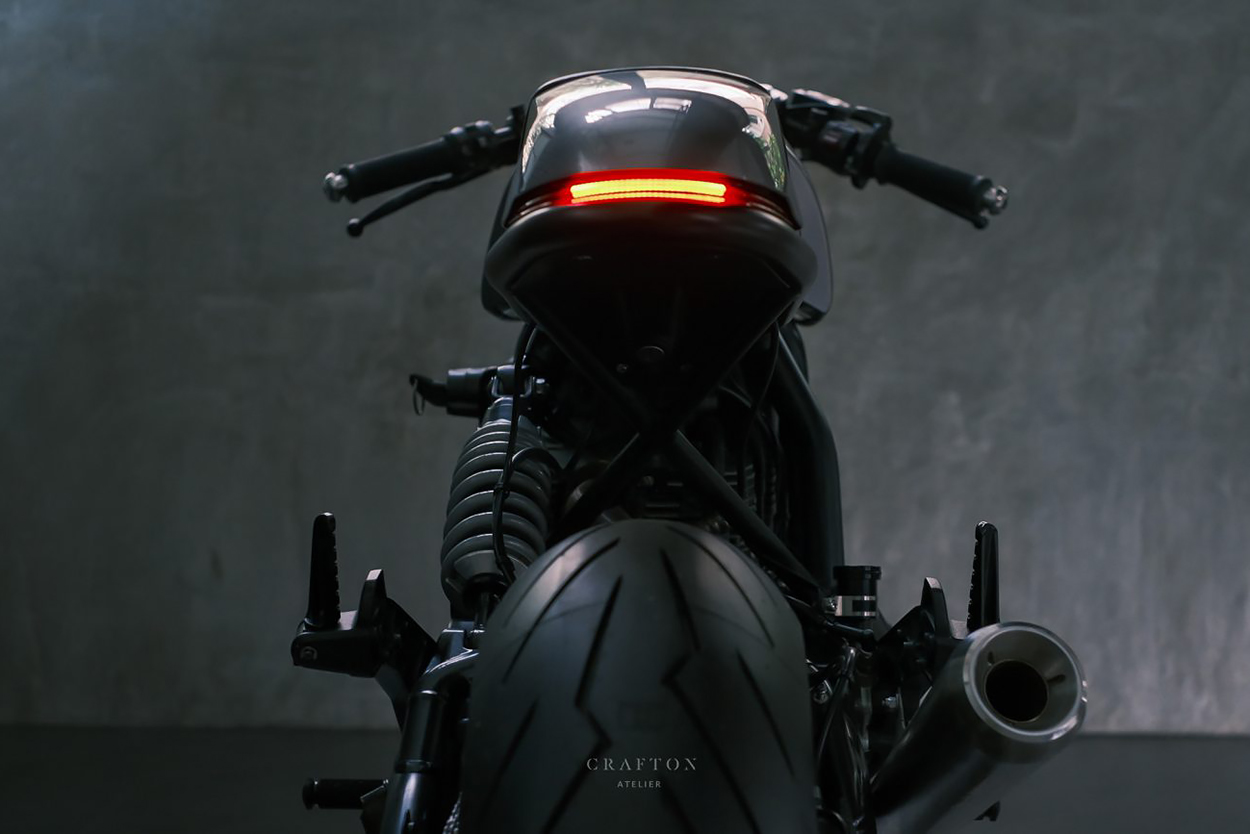 The lighting has been upgraded to LED and the stock speedometer is integrated into a new headlight housing. This keeps the profile low and keeps the ECU happy by running everything through the stock cluster—ABS braking system included.

The Crafton 01 is one of the best Ducati Scrambler-based customs I’ve ever seen. It’s elegantly understated—but then again, so was the 750 Sport. [More]