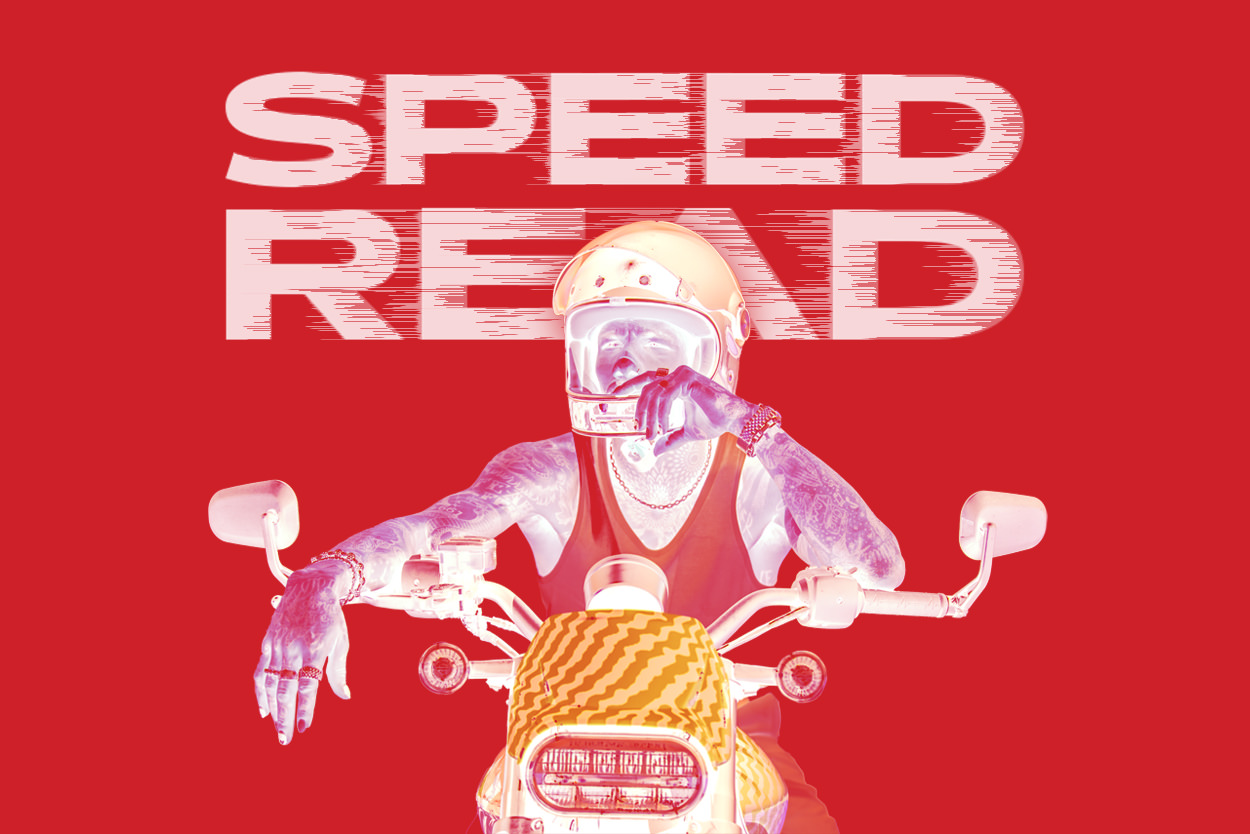 Meet the new LiveWire S2 Del Mar—a bike so hotly anticipated, the first 100 sold out in 18 minutes. Then peruse a tasty club style BMW R18 from California, a Kawasaki KLR from Colorado, and a race-ready Honda GB350 from Japan. We finish things off with a bonafide 1960s motorcycle safety video. 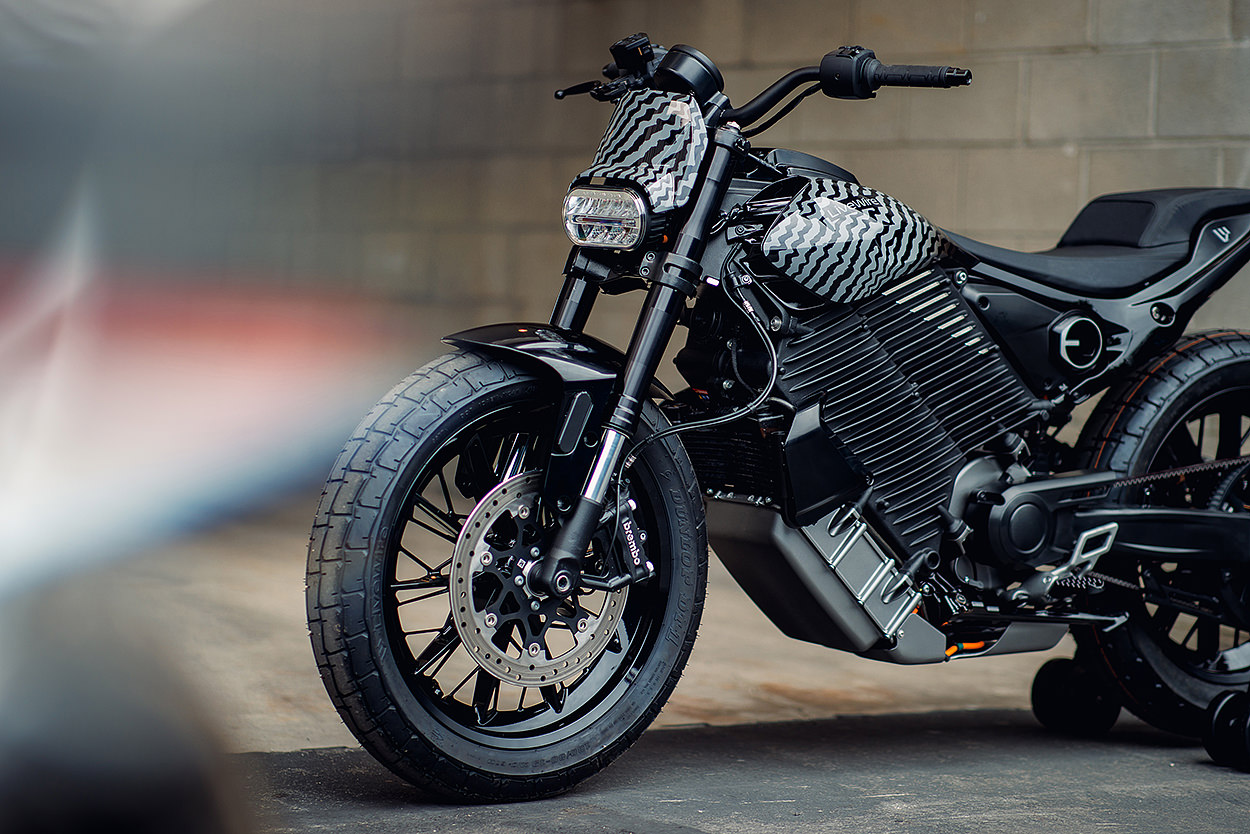 New LiveWire S2 Del Mar When Harley-Davidson branched LiveWire off into its own, electric-focused brand, we wondered how long it would be before we’d see them release a new model.

What you see here is the S2 Del Mar, the first all-new bike since LiveWire moved out of home. Based on the Advanced LiveWire ARROW Architecture, this all-electric street tracker looks like an absolute hoot. Developed in-house at LiveWire Labs in Mountain View, California, the ARROW Architecture is a scalable, modular system that will share the proprietary battery, motor, charging and control systems with future LiveWire releases. 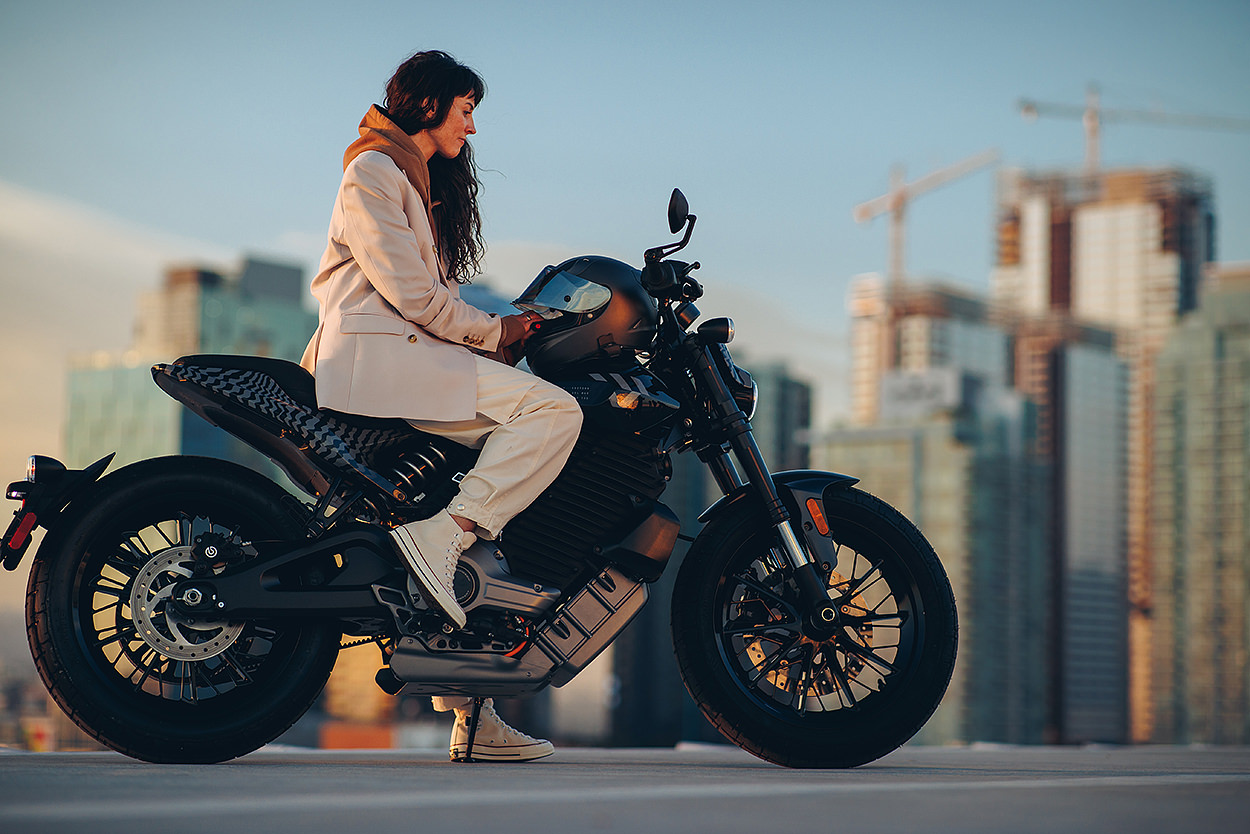 The targeted output of the S2 Del Mar is 80 horsepower and they are aiming to keep the weight below 440lbs. Estimated 0-60mph is 3.5 seconds or less and the range around the city will be approximately 100 miles. Those figures have me so excited I can almost ignore how confusing I find the imperial units of measurement.

The striking paint job pictured is reserved for the first 100 Del Mar models, which will be released as numbered Launch Edition models. The front and rear 19” cast wheel designs are modelled after the intricate patterns found on printed circuit boards and the flat track seat will make the S2 Del Mar a great way to get around the city. 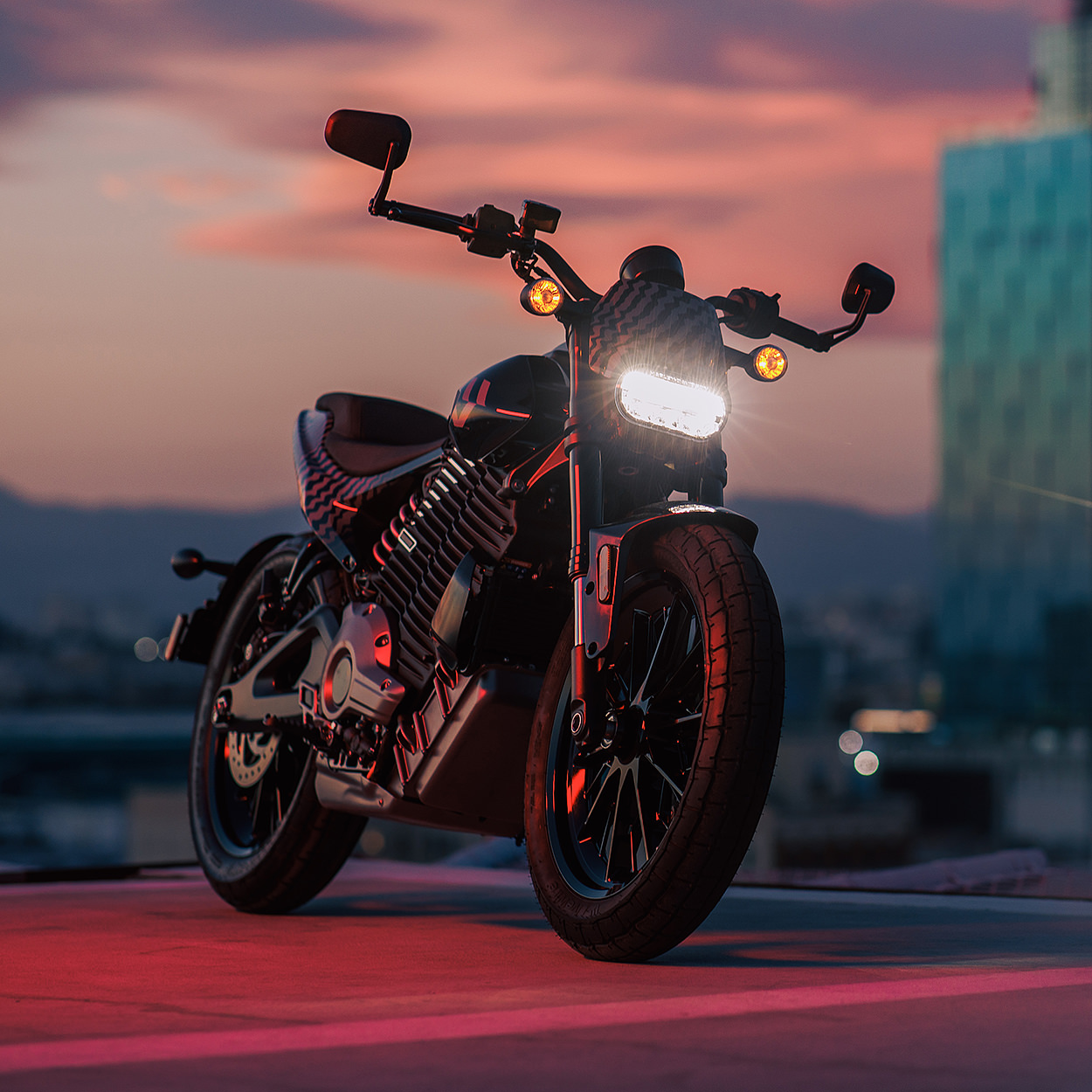 The paint finish and wheel design is exclusive to the Launch Edition of the S2 Del Mar, which has an MSRP of $17,699. The forward tilt of the lines on the “engine” suggests there’s an aggressive racer underneath the tracker bodywork, and I can’t help but imagine the same bike with clip-on handlebars and rear-set footpegs. I personally think LiveWire have hit a home run with the new design and I can’t wait to see these out and about.

The 100 Del Mar Launch Edition Models sold out in 18 minutes. Those lucky 100 should see deliveries starting in the Spring of 2023. 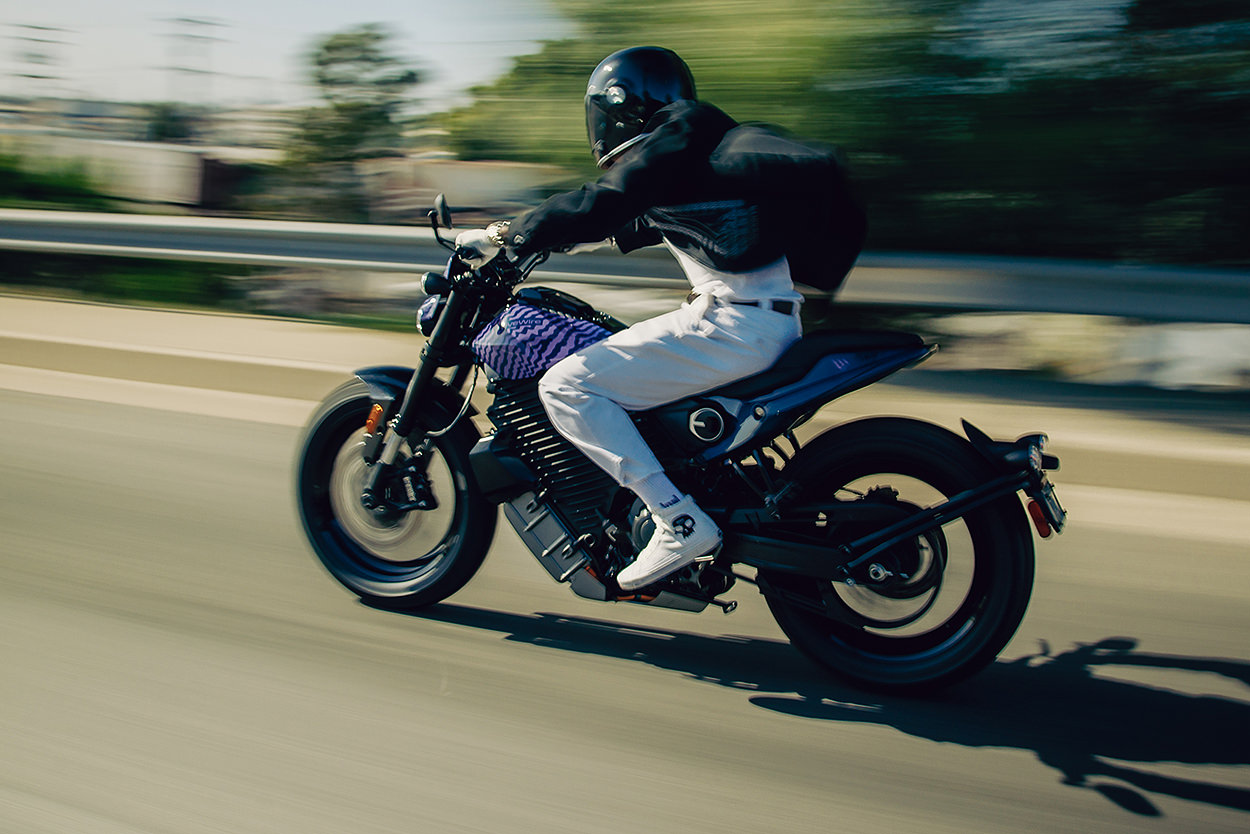 If you missed the boat on the first 100 bikes then have no fear. The production S2 Del Mar will deliver immediately after the Launch Edition, with a target MSRP of $15,000 USD. Head to livewire.com to find out more. 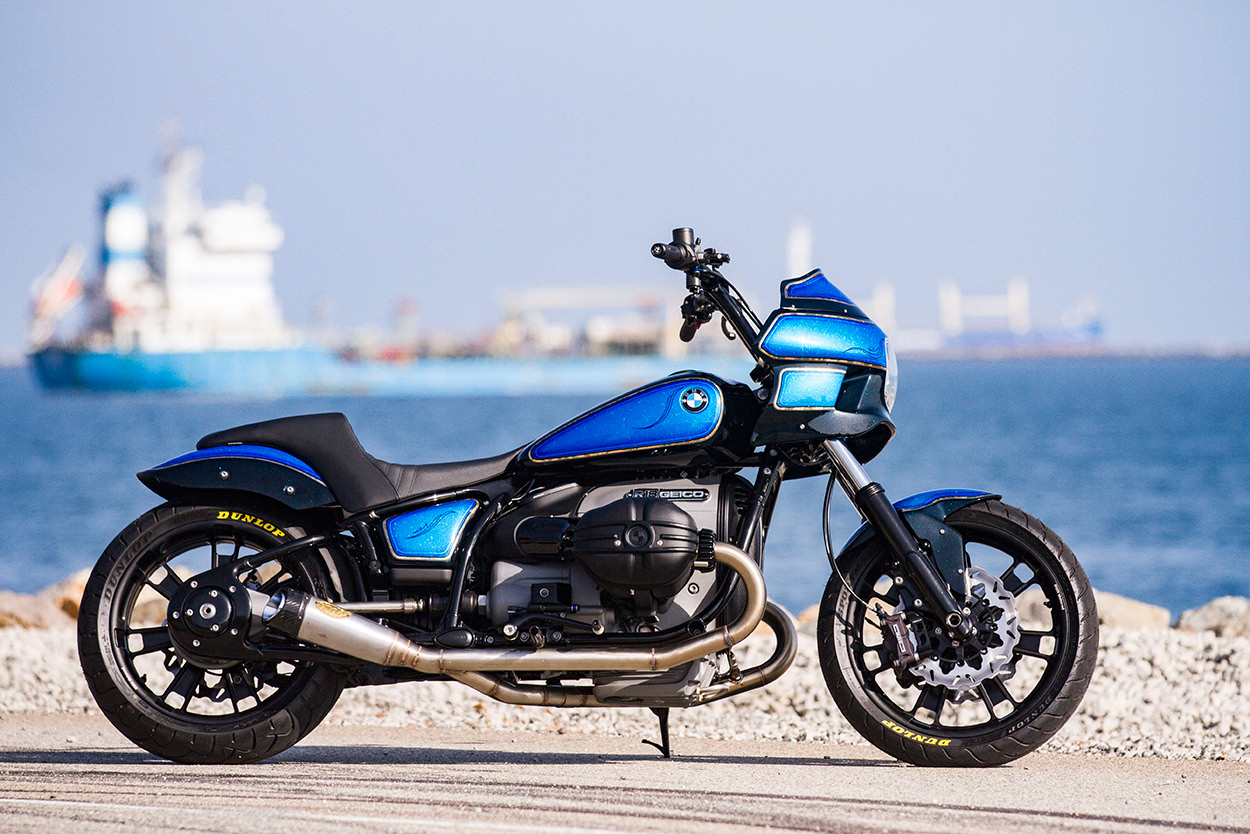 BMW R18 by Roland Sands Design BMW developing a big-bore cruiser and Harley Davidson developing electric motorcycles and an adventure bike? Is it me or is it getting a bit chilly in hell?

Regardless of the weather, when BMW dropped the R18 it felt just like that—as if they’d dropped an R18 on us. The 1802cc, 345kg, air and oil-cooled boxer twin took us all by surprise. Sure, it’s a hefty bit of kit but so is the competition. And one guy who is more than comfortable with big bikes and big torque is none other than Roland Sands of Roland Sands Design. 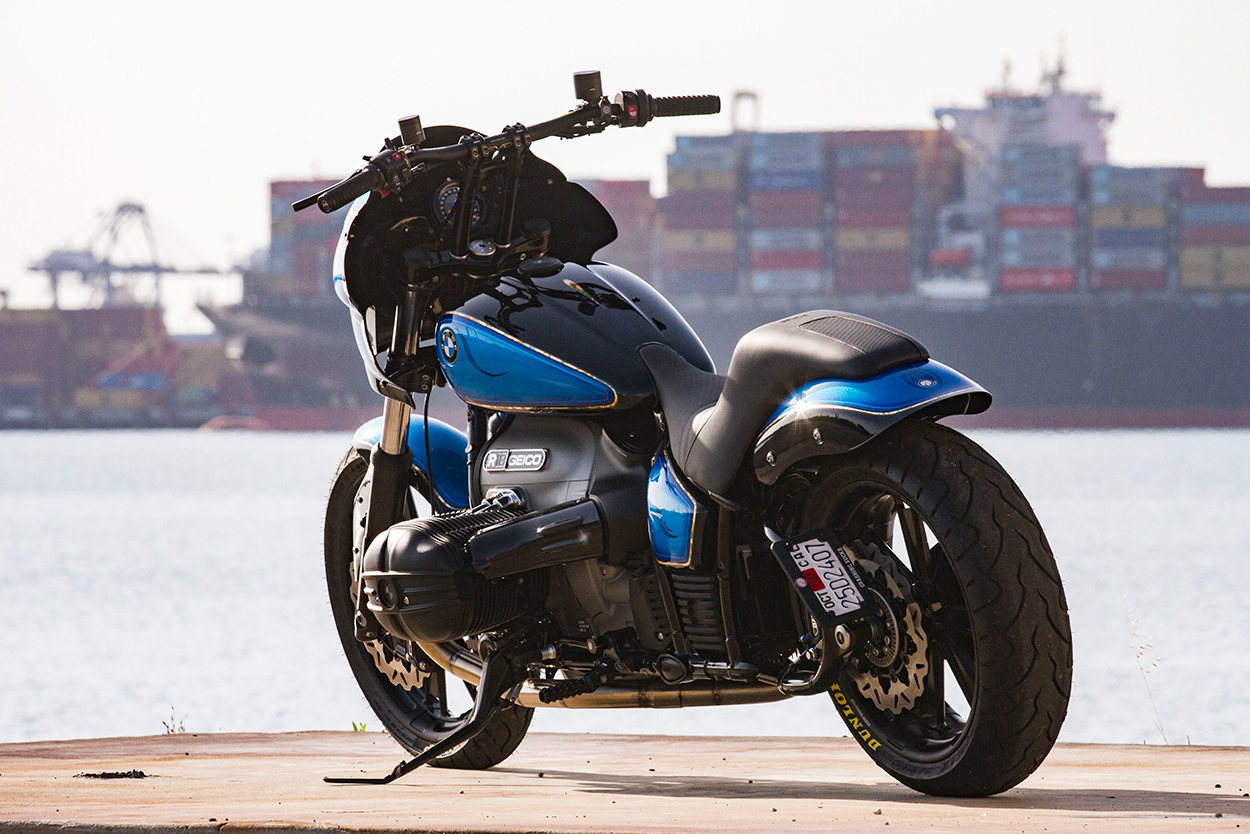 Part of the Geico Motorcycle #dreambuildoff series, RSD have transformed this R18 Pure cruiser into a brawny, Californian Club-Style street machine. The most notable change is the addition of the Saddleman mini FXRT fairing and the Saddleman seat, which completely alters the personality of the build. I expect this to pique the interest of more than a few Dyna bros.

RSD bar risers are topped with ProTaper Carmichael moto bars and the stunning paint scheme is the work of Taylor Schultz. There are a smattering of braking improvements by Brembo and the stainless steel exhaust is custom made in-house. RSD also milled the wheels themselves, in new sizes, to accommodate wider Dunlop Sportmax rubber. 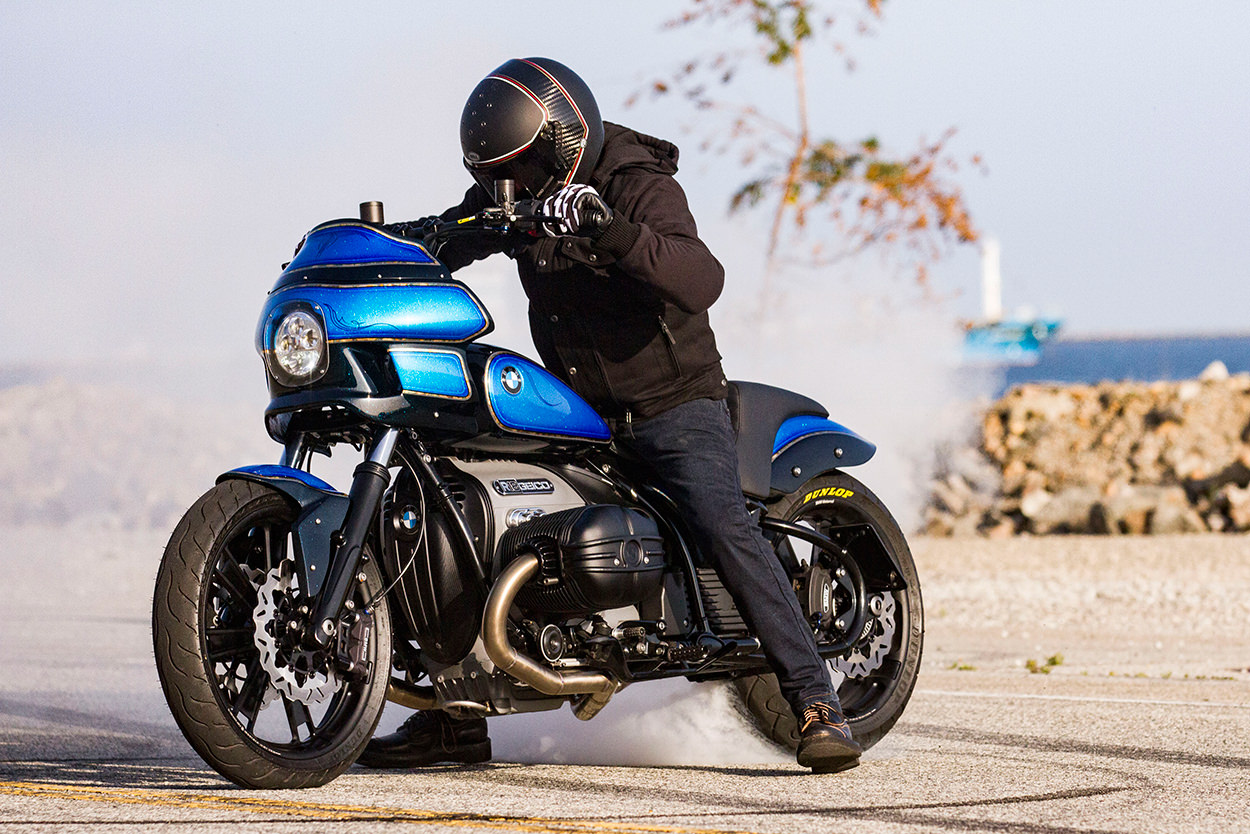 There are also a number of changes you can’t see—like the quick-connect wiring that allows for rapid exchange of parts when changing bar heights, rear subframe setups and lighting.

“In the end, the BMW R18 has transitioned from a pedestrian machine fitting a cruise down PCH with your dad to a rip-roaring high bar R18 with attitude and performance to match,” says Roland Sand. “The sweetest thing about the bike is how stock it is, retaining much of what people love about the standard R18 but with swagger.” 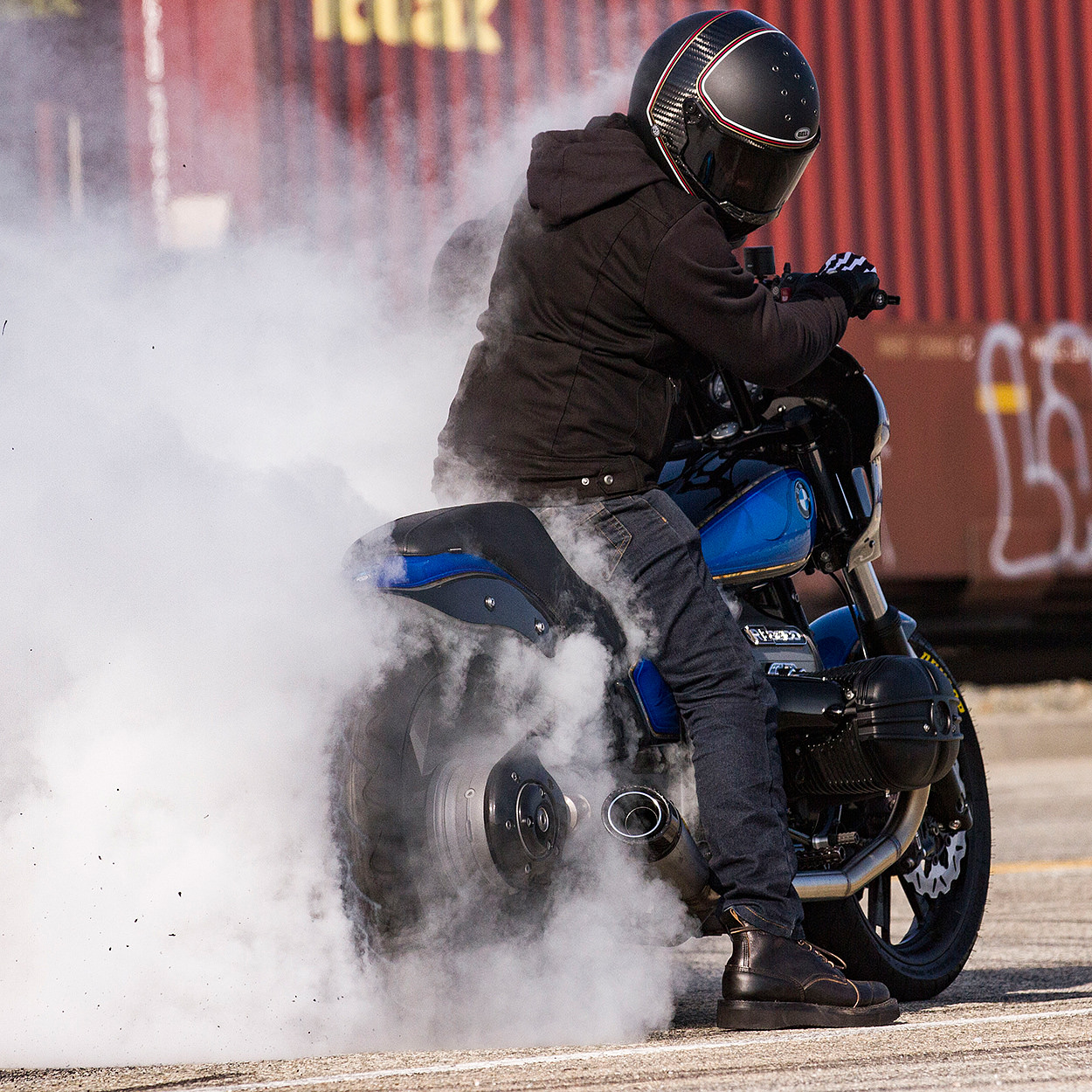 I didn’t really know what to think when BMW released the R18 but after seeing the magic worked by RSD, I think I get it now. [BMW R18 by RSD] 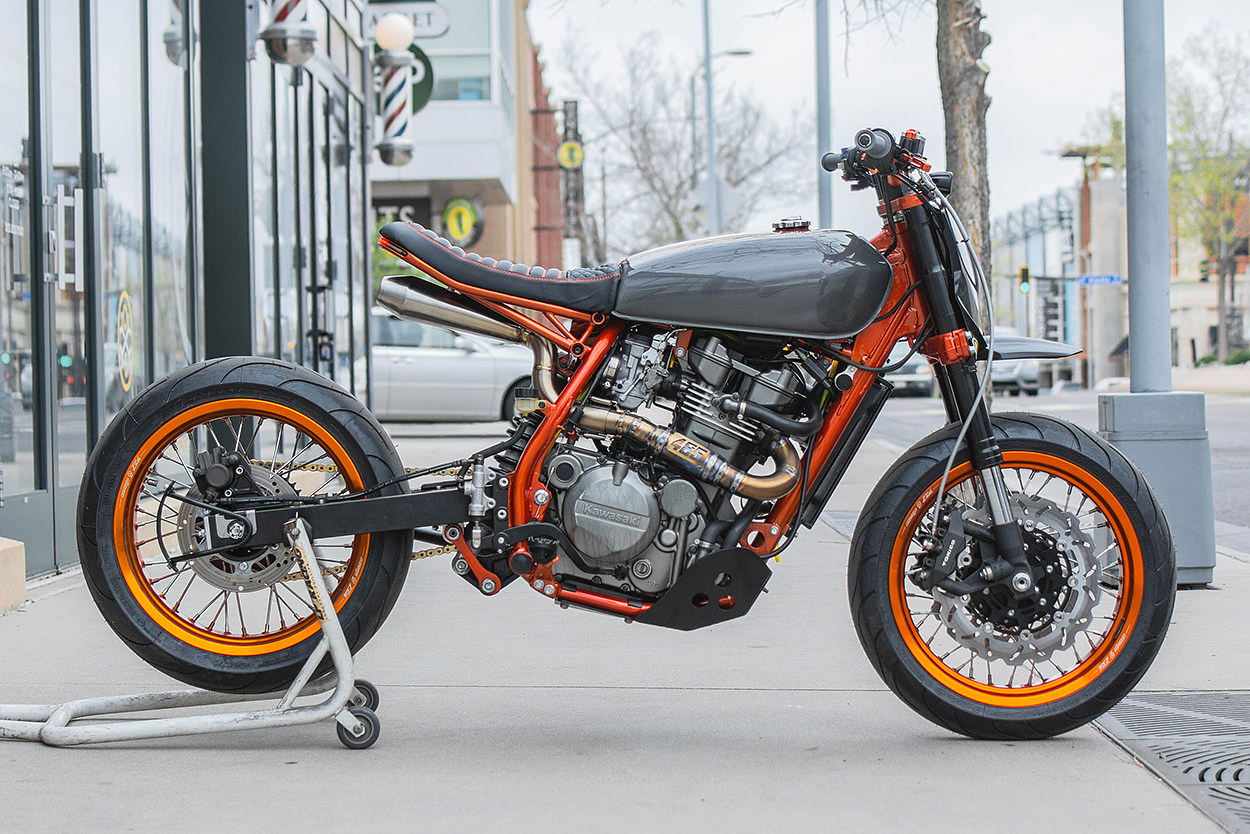 Kawasaki KLR650 by 485 Designs Kawasaki’s venerable KLR650 dual sport has been a staple in the Japanese firm’s lineup since 1987. Euro 5 emissions standards were looming, ominously, over the KLR’s future but not even that could keep the big single down.

The KLR is still available to this day and if you distil the latest model down, you’ll see that not a whole lot has changed in the last 34 years. 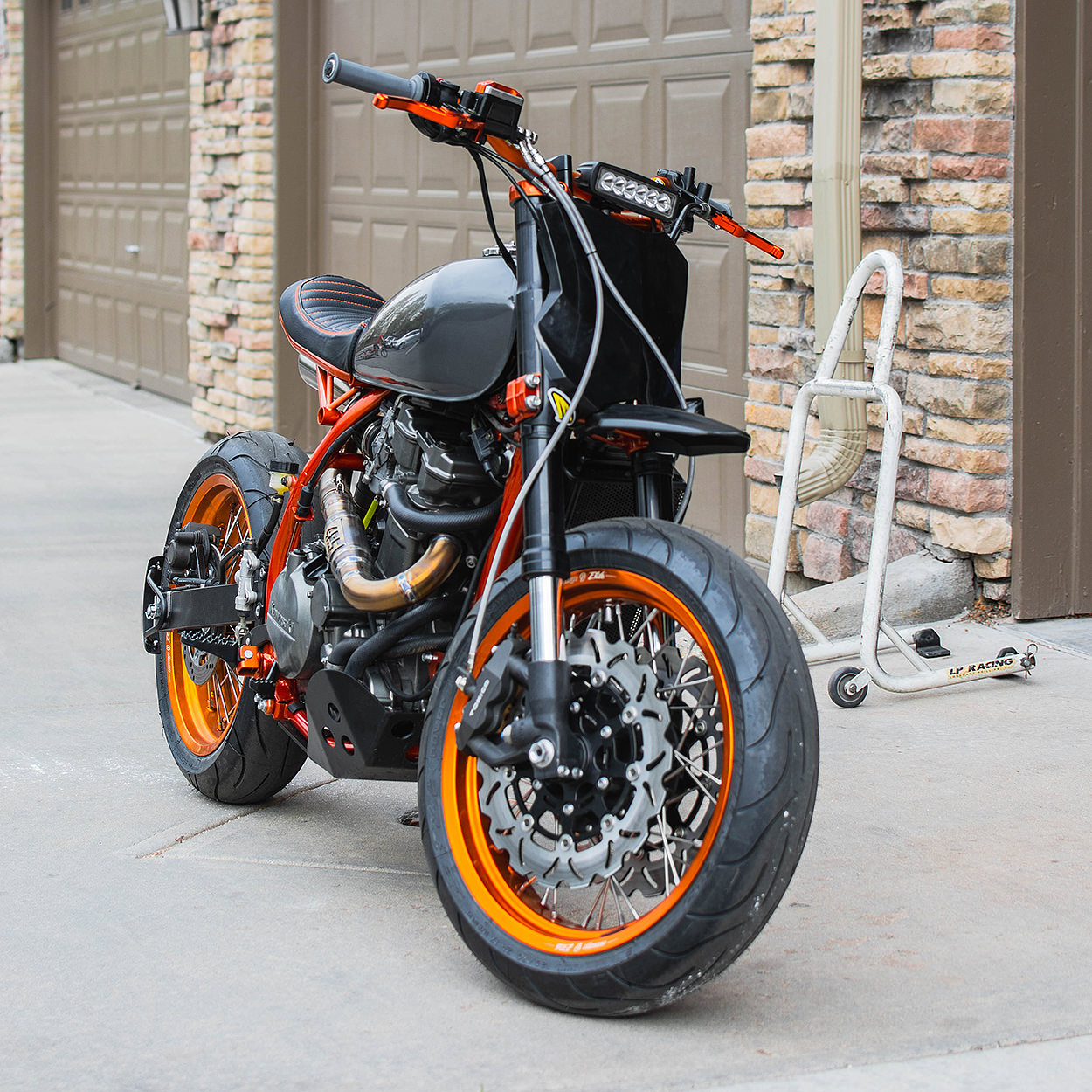 This KLR650, by 485 Designs of Littleton Colorado, has changed quite significantly though. Starting with a bone stock 2006 model, they promptly tore it down and threw almost all of the original bike in the bin. KLRs have never been celebrated as the lightest machine on the market but the 485 diet looks to be the most effective weight loss strategy I’ve seen to date. Move over, Mr Atkins.

Now sporting a GSX-R750 front end and custom Warp 9 Racing supermoto wheels, 485 have turned this bike into what they call a ‘Super Cafe’—part cafe racer, part supermoto, all fun. Stopping power is provided by way of dual, 6-piston brake calipers. The GSX-R braking package was already pretty good but now, combined with the drastic reduction in mass, the KLR will stop on a dime. 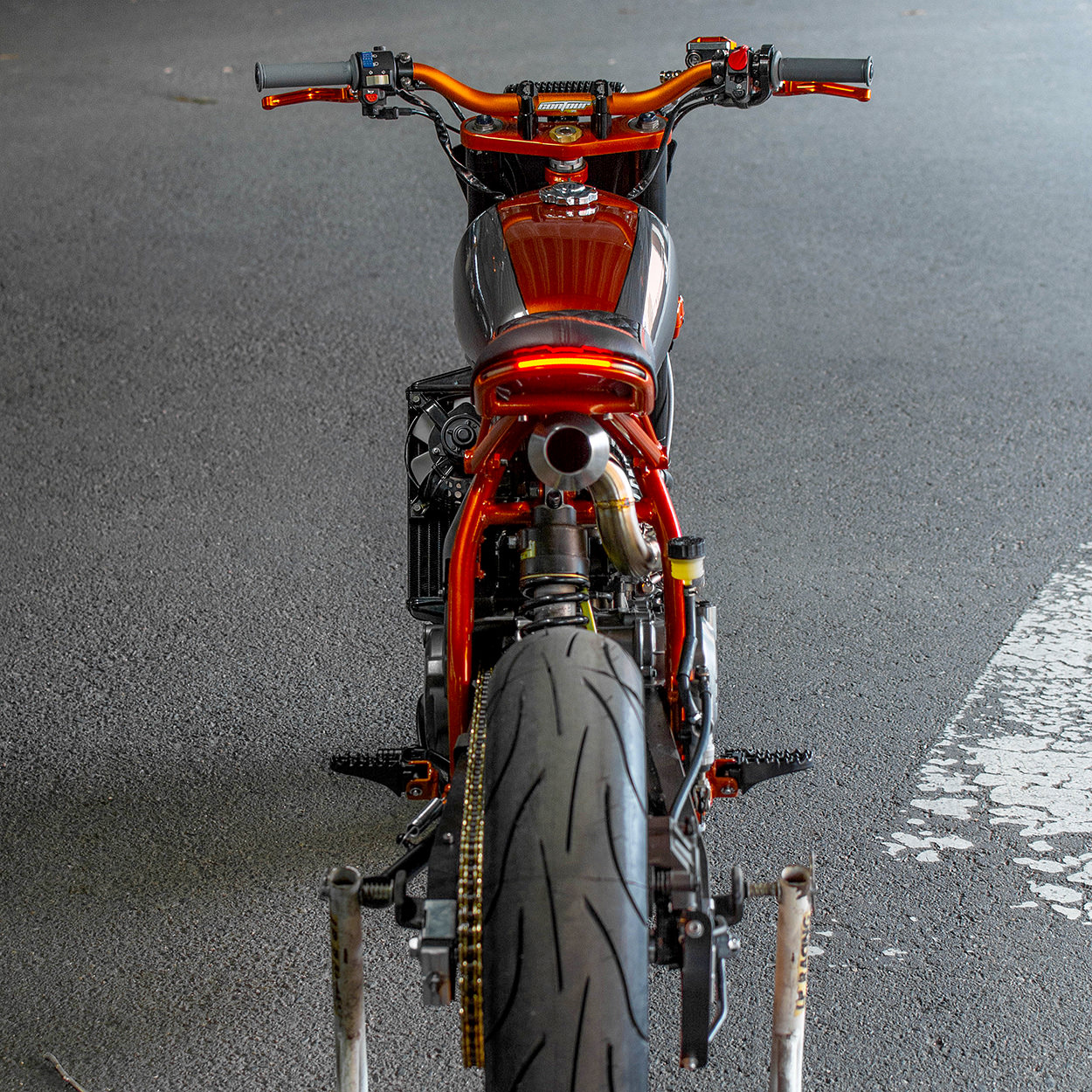 485 did all the powder coating, frame modifications and electrical upgrades (with Motogadget parts littered throughout the build). They even relocated the radiator using mounts of their own design. Luke Langren of Rod & Custom Pinstriping laid down the paint on the tank and the powerbomb-style exhaust system was made by 485 themselves. [485 Designs] 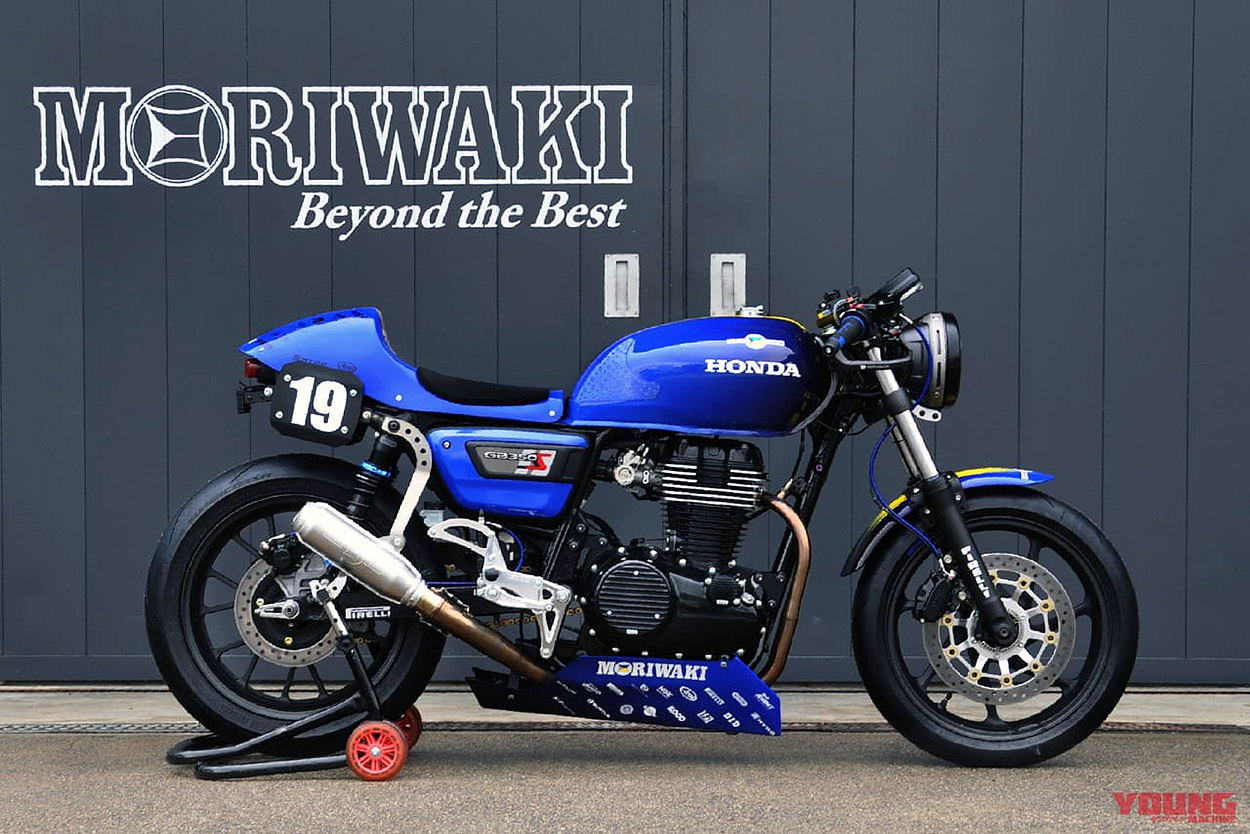 Honda GB350 by Moriwaki Several years ago, the custom builders’ bike of choice seemed to either be a Honda CB750 or a Honda twin of the same era. In late 2020 (probably because we all needed some cheering up around that time) Honda re-released the CB in India as the H’Ness CB350. A far cry from the old CB in all but looks, the new CB350 is a 350cc single, sporting technological whizzbangs you wouldn’t usually associate with a small-capacity, economy motorcycle.

Shortly after the launch in India, the CB350 was released in Japan as the GB350. It’s here where Moriwaki, the legendary Japanese engineering firm, got their hands on one. In fact, this build is based on the new GB350 S which has just been released in Japan. With the clip-on handlebar conversion, rear-set footpegs, a custom exhaust, belly pan and single cafe racer seat (with racing number plates!), Moriwaki has turned a standard GB350 S into a thoroughbred race bike. 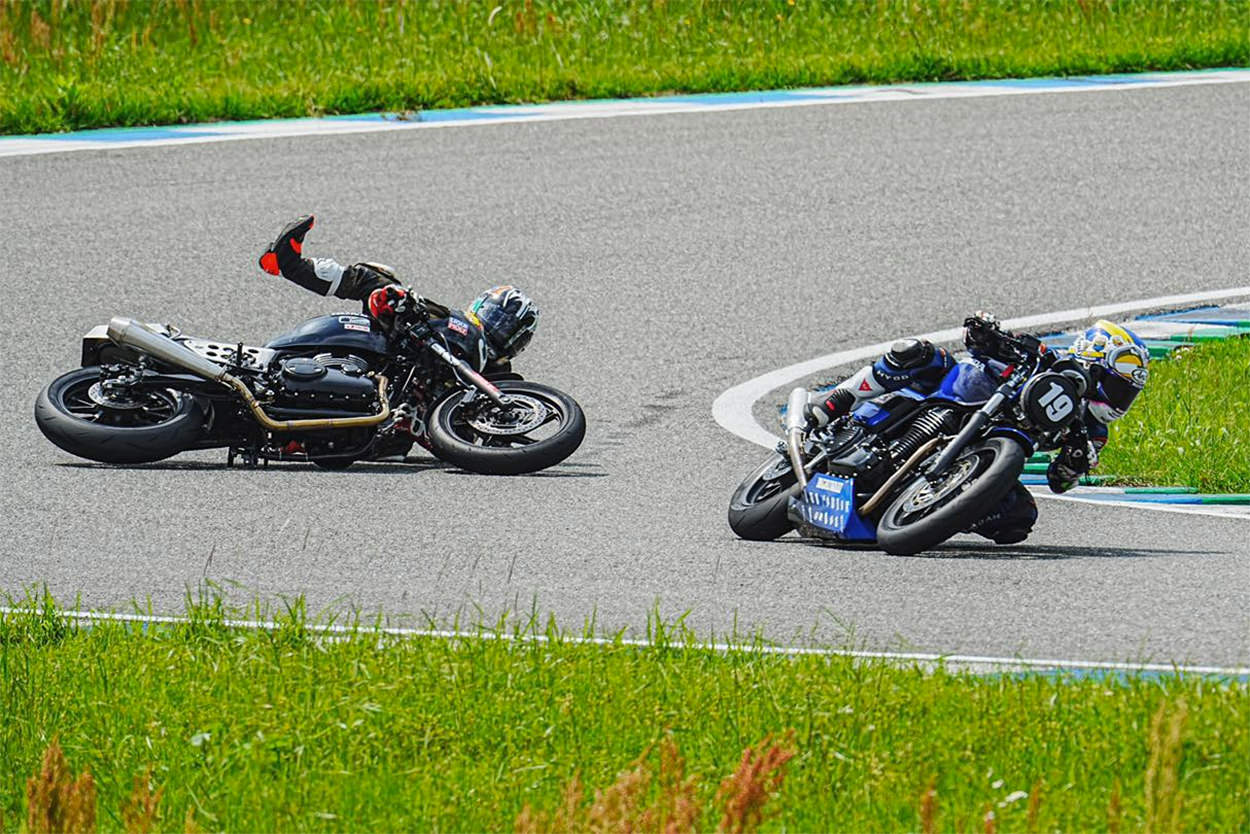 Moriwaki knew they were onto a good thing here so they entered a one-make race, just for the GB350, held on May 1st, 2022 at Honda Safety and Riding Plaza Kyushu in Kumamoto Prefecture, Japan. This Moriwaki bike was piloted by Misuzu Kaneko and at the end of the day, she took her place on the top step of the podium.

There’s not much else to say about the Moriwaki GB350, other than it looks incredible and that I would love to rip one around a race track. Wouldn’t it be nice to see these in Honda dealerships everywhere? [Via] 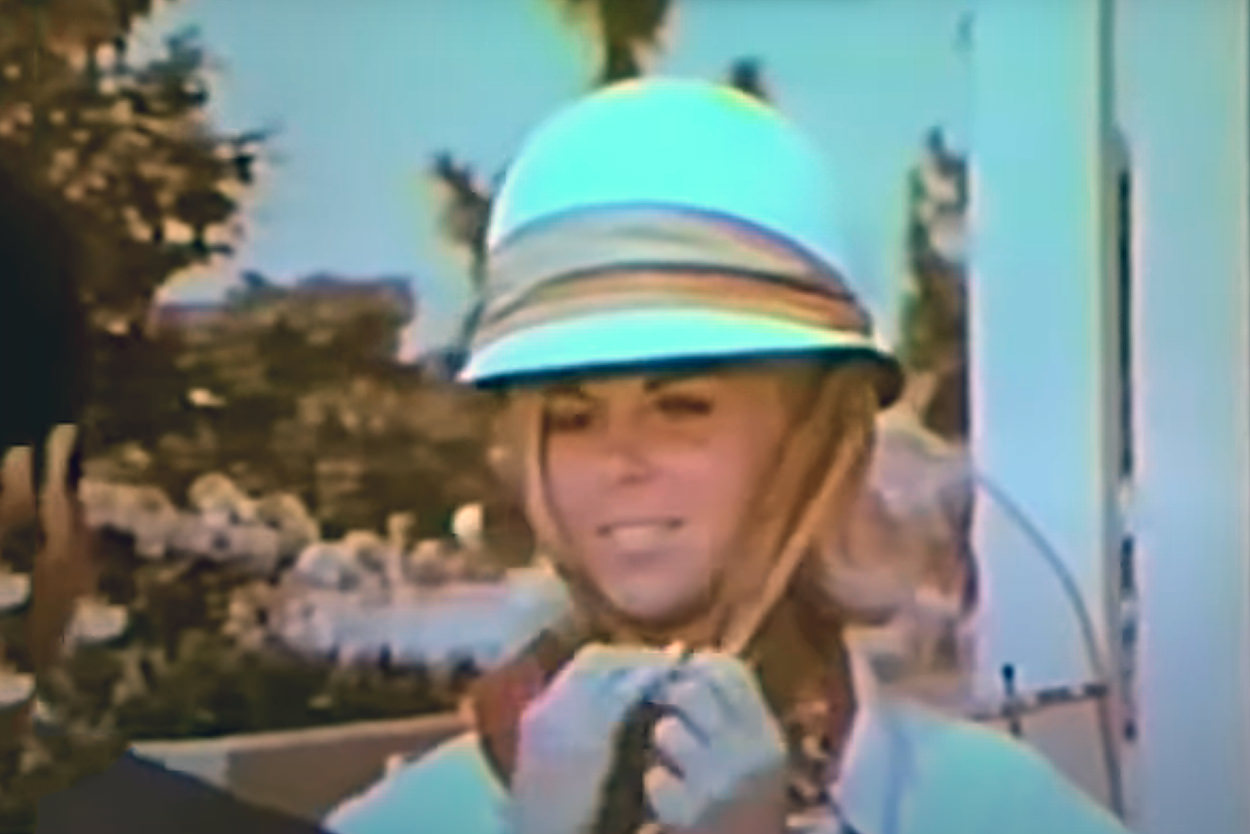 The Invisible Circle—1960s Motorcycle Safety Film To me, riding a motorcycle is a skill that I want to keep developing over time. I love training videos and getting proper instruction from professionals, like at a local track day. Away from the track, it’s inevitable that we will encounter more hazards when riding on busy streets and even people back in the 1960s were aware of this.

The Invisible Circle is a motorcycle safety and training film that was released almost 60 years ago, in partnership with Honda USA (which is why all the motorcycles in the film are Hondas). Even though it’s worth watching for the slow plot, music and incredible fashion, I picked up a few things that I will incorporate into my regular street riding.

I especially like the part where a lady opens the door of a moving car right in front of the main protagonist. He politely stops, patiently waits for her to cross the road and then gives the camera a bewildered shake of his head. It’s 28 minutes of cinematic, educational gold. [Via]