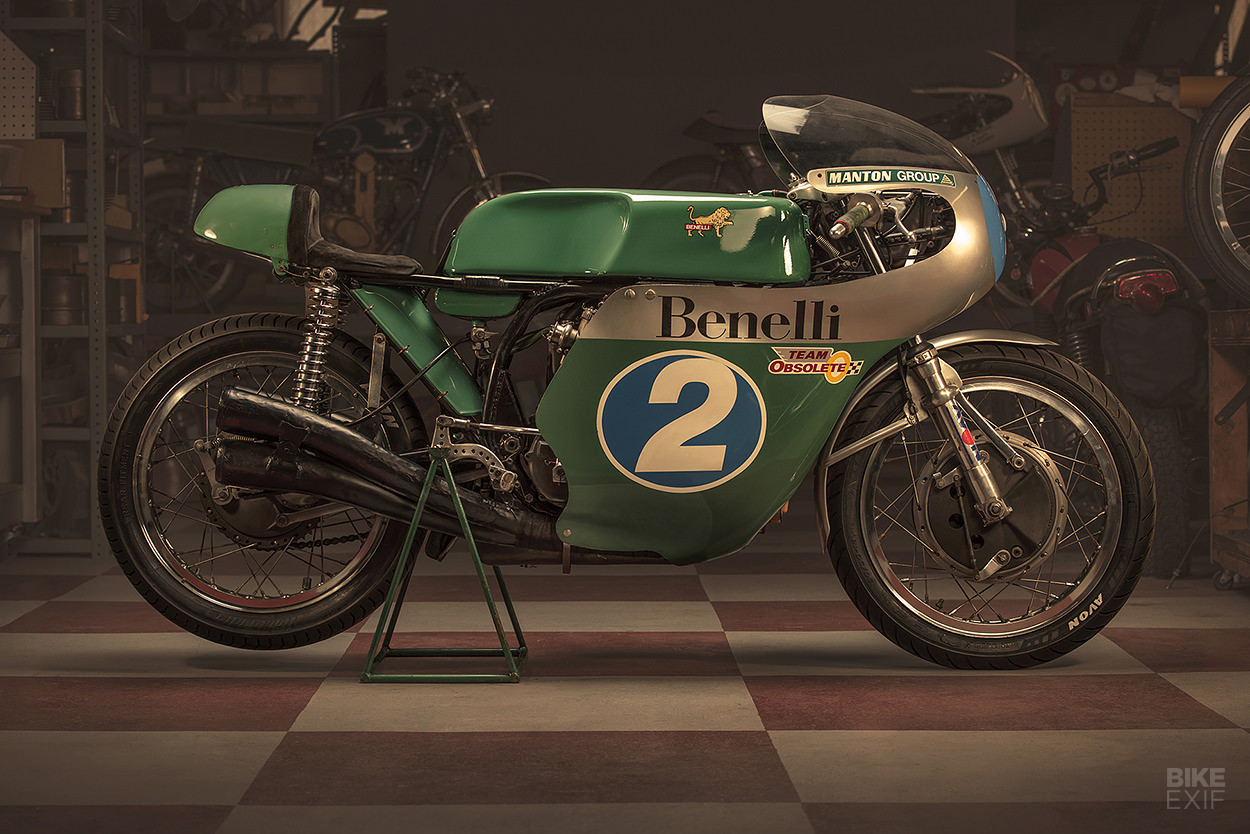 As well as having the best name of any vintage racing outfit, Team Obsolete has an eye-watering collection of bikes. And they’re all ready to line up on the grid, including a 1964 Honda 250/6 that revs to 18,000 rpm and a flotilla of MV Agusta works racers.

You could fill a book with stories and pictures of T.O. machines, and we love racing eye candy as much as anyone. This extremely quick Benelli 350/4 is one of our favorites: It’s the machine that Renzo Pasolini piloted to second place in the 1968 Isle of Man Junior TT. 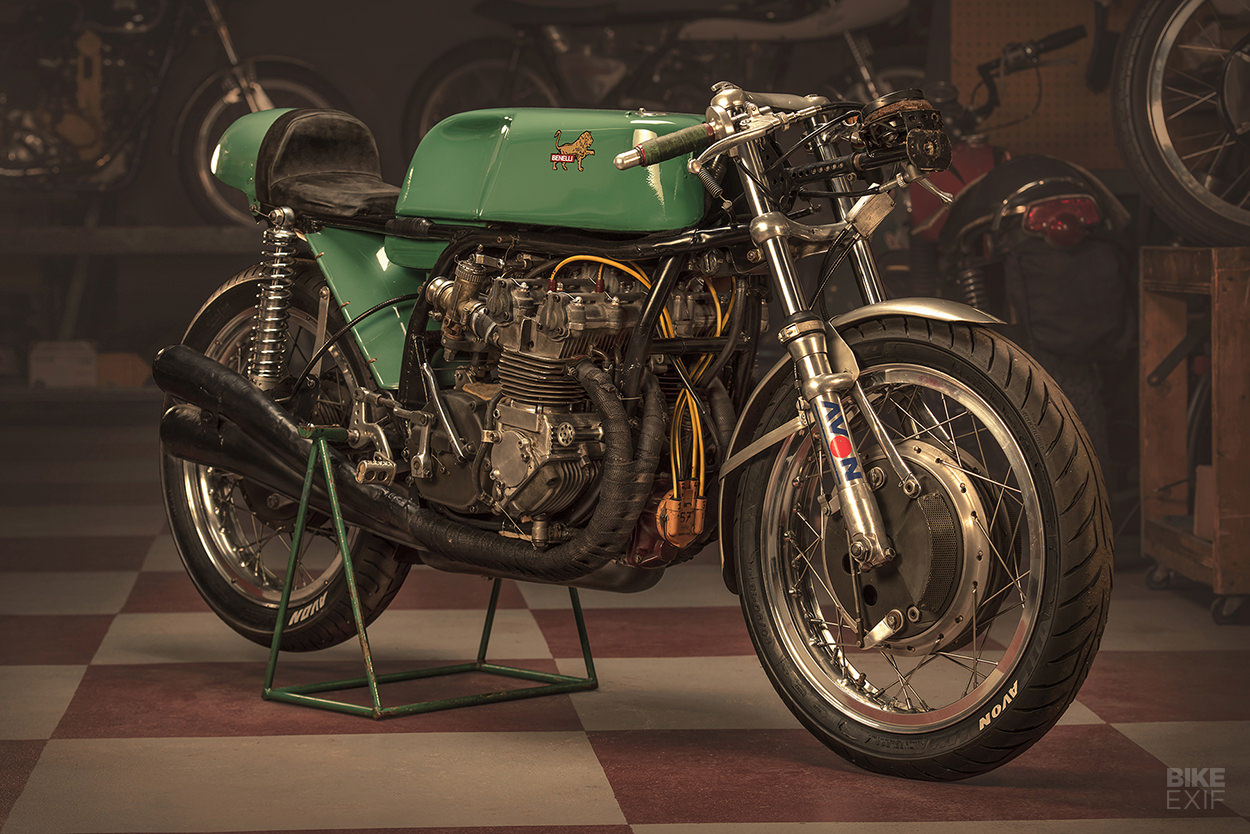 Team Obsolete was set up over 30 years ago by Rob Iannucci, with a mission to get exotic GP machines out of museums and onto racetracks. And he’s succeeded: restored and expertly tuned, T.O. bikes have won over 400 races worldwide. 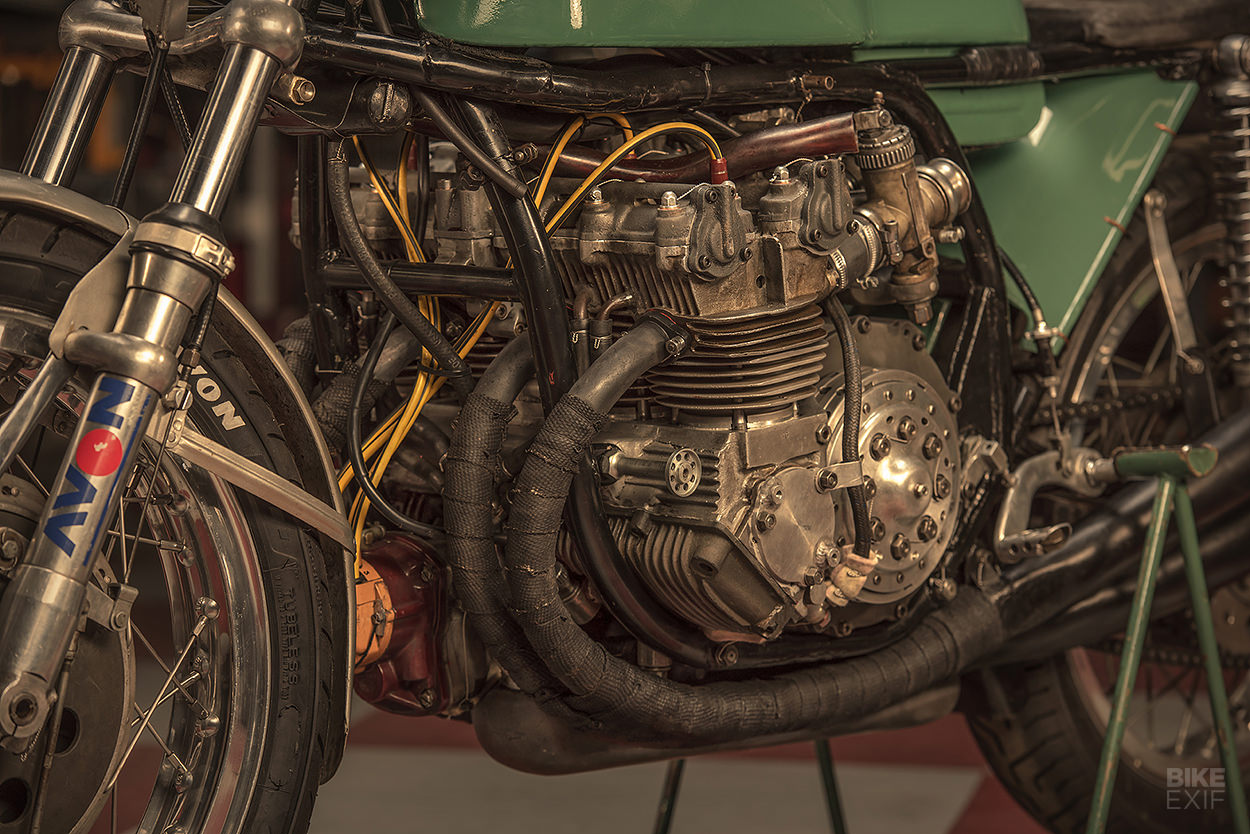 This mini-marvel has two separate heads, with a train of gears from the center of the crank driving double overhead cams. Ignition is via a Mercury outboard magneto, the gearbox has seven speeds, and the chassis uses 35mm Ceriani forks.

Even the brakes are beautiful: stopping duties are handled by a 230mm four-leading-shoe front drum, with a 200mm 2LS at the back. 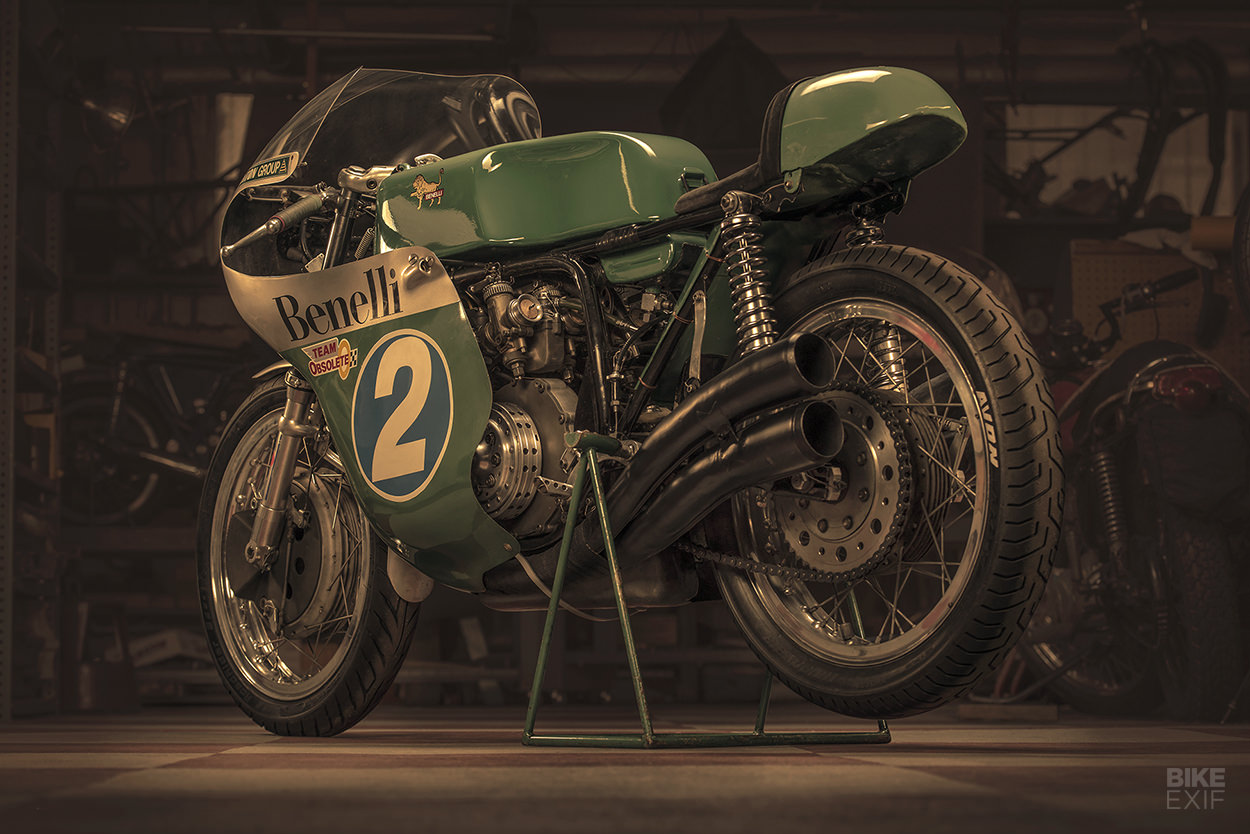 “This bike was acquired by Team Obsolete in the early 80s,” Rob tells us. “It was a basket case, and came from a German racer who had gotten it from the factory.” It’s one of only two 350/4s built, and it wasn’t until 1993 that Team Obsolete restored it.

It made its debut at Daytona that year—when industry icon Dave Roper won the 350GP race on it before crashing in the 500 Premiere event. 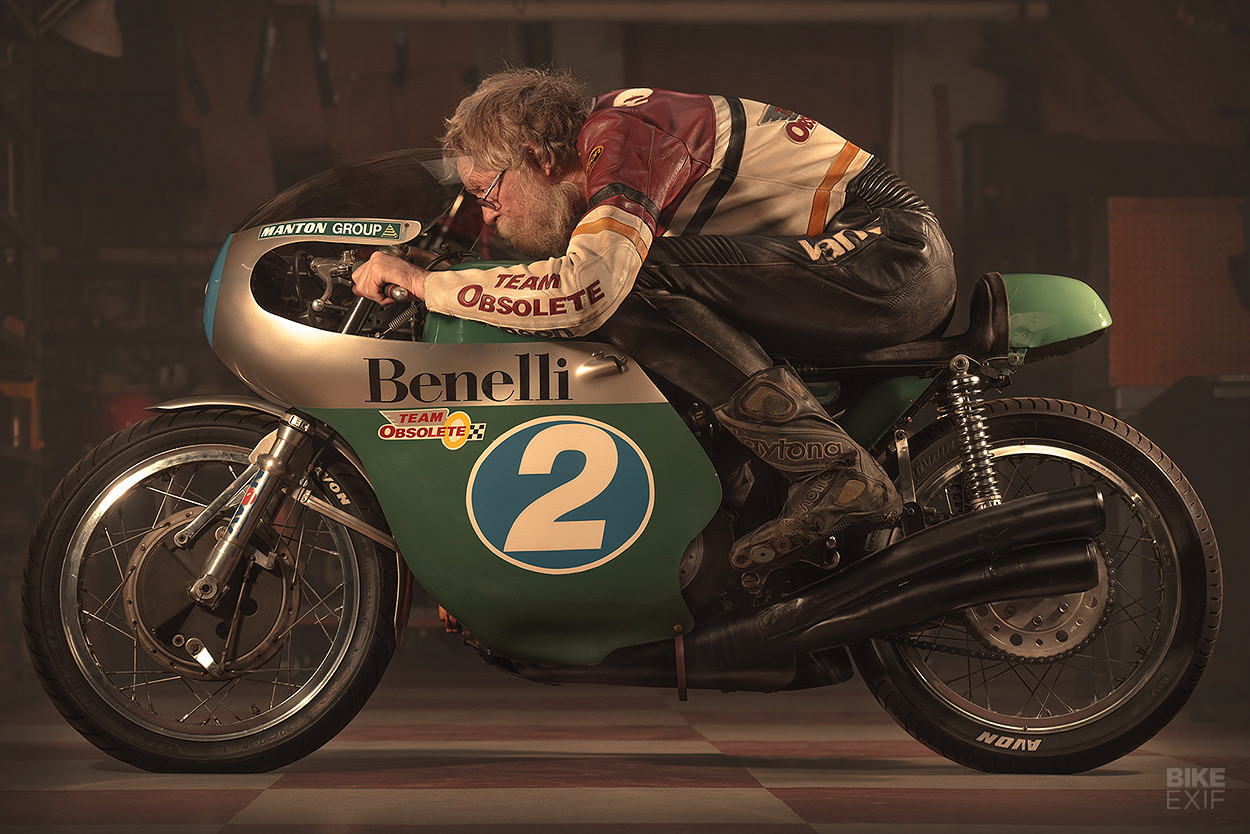 Despite this, Roper [above] has always been the ideal pilot for the bike: those with long memories may remember him as the first American to win at the Isle of Man, when he nabbed the Historic TT trophy on Team Obsolete’s 1959 Matchless G50.

Roper returned to the Isle of Man in 1993, on board the Benelli for the Classic Manx. But late in the day, his race crew realized that the fuel tank was too small to do the four-lap race nonstop, and they would also have to add oil during a pit stop. 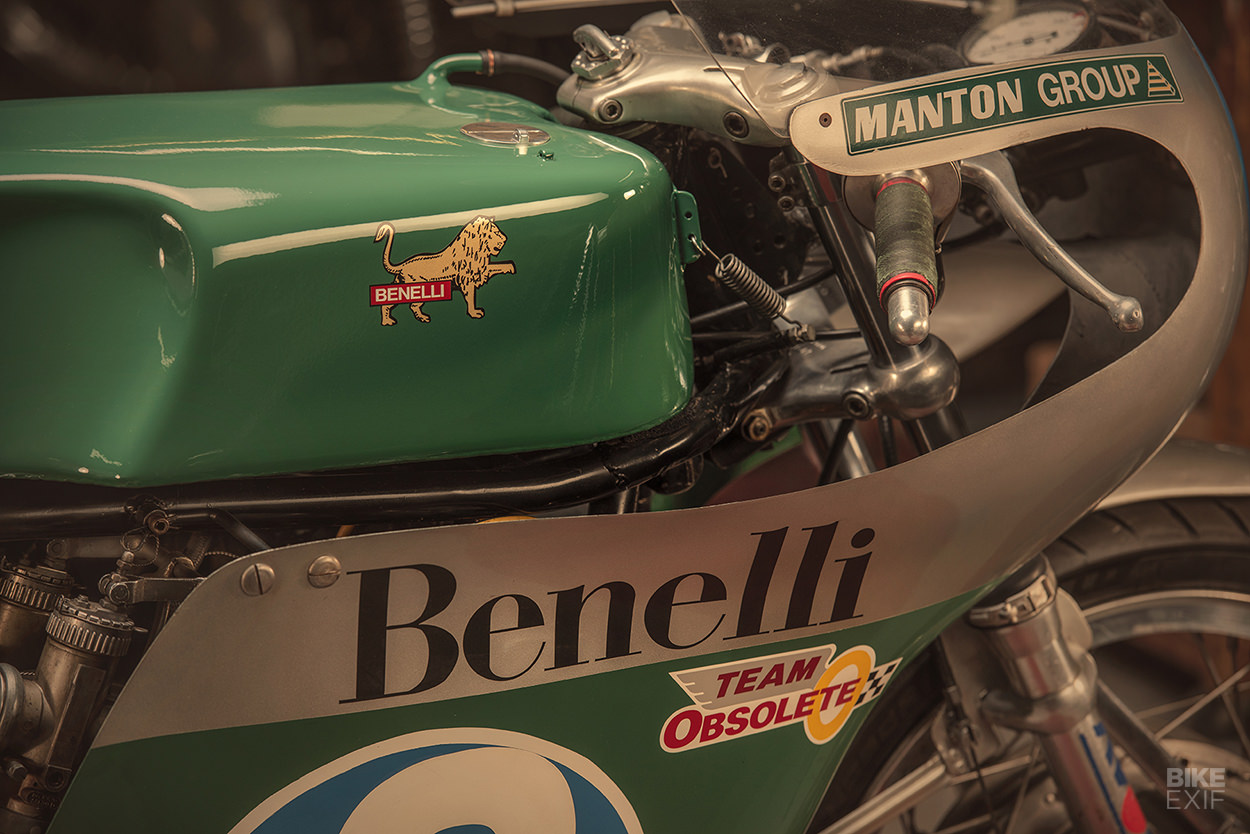 Roper knew he would have to get a big lead early on, to get a decent finishing position. Going hell for leather, he crashed at the bumpy Kerrowmoar section on the first lap, while holding a promising 30-second lead. He escaped with a dislocated right hip and a fractured left fibula, but a helicopter ride to hospital was required.

Team Obsolete rebuilt the Benelli again, and happier news followed: at Road Atlanta the next year, it won both 350GP events. 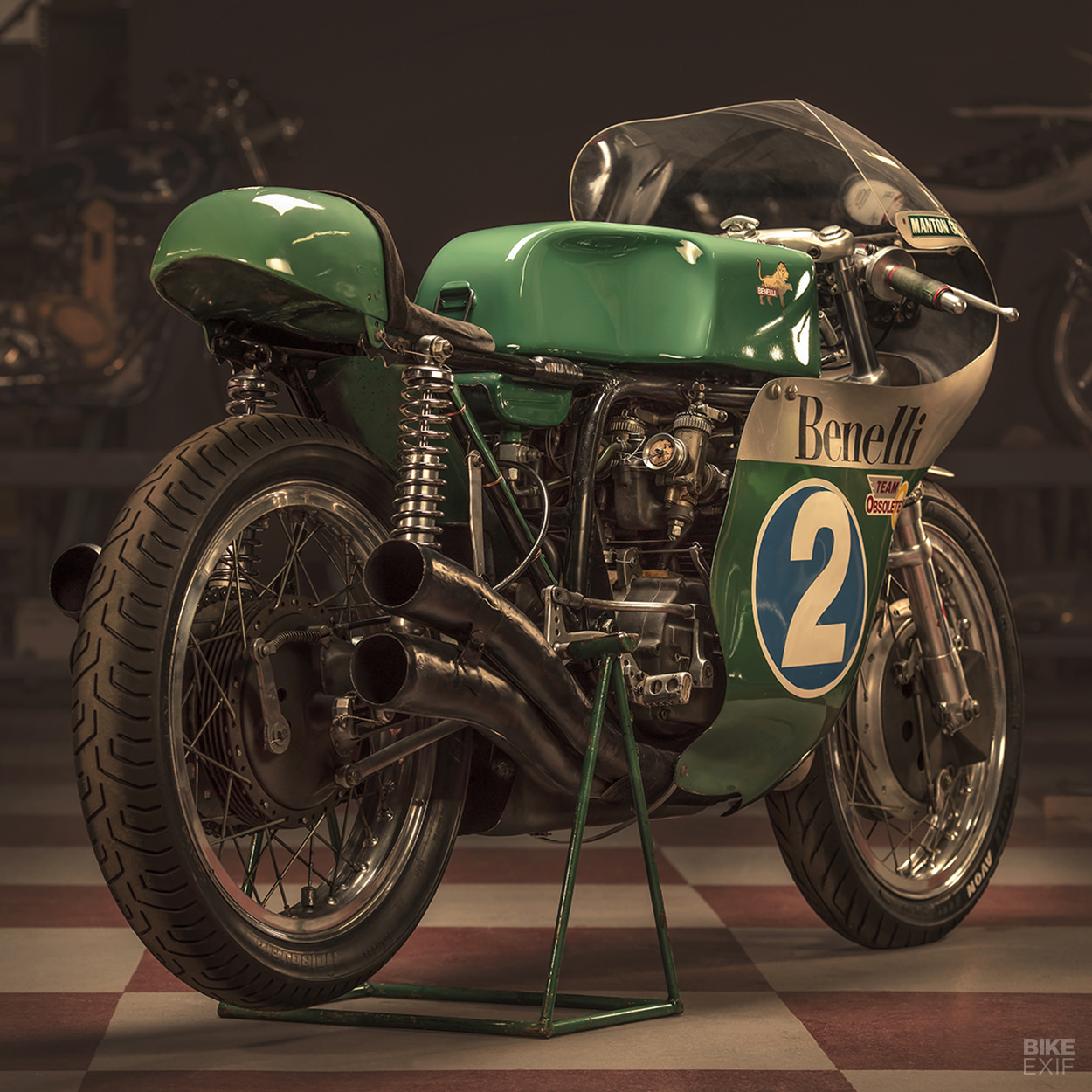 More recently, in 2018 the Benelli completed the Classic TT Lap of Honour at the Isle of Man—25 years after Roper’s crash, and 50 years after Pasolini finished behind Giacomo Agostini on a MV. The little Benelli was timed at a heady 152.5 mph [245 kph].

The 350/4 never won a GP in its day, but that was largely due to the dominance of Agostini and MV. Thank goodness for outfits like Team Obsolete, who are keeping the magic alive. (And doesn’t that bodywork still look incredible, half a century on?)