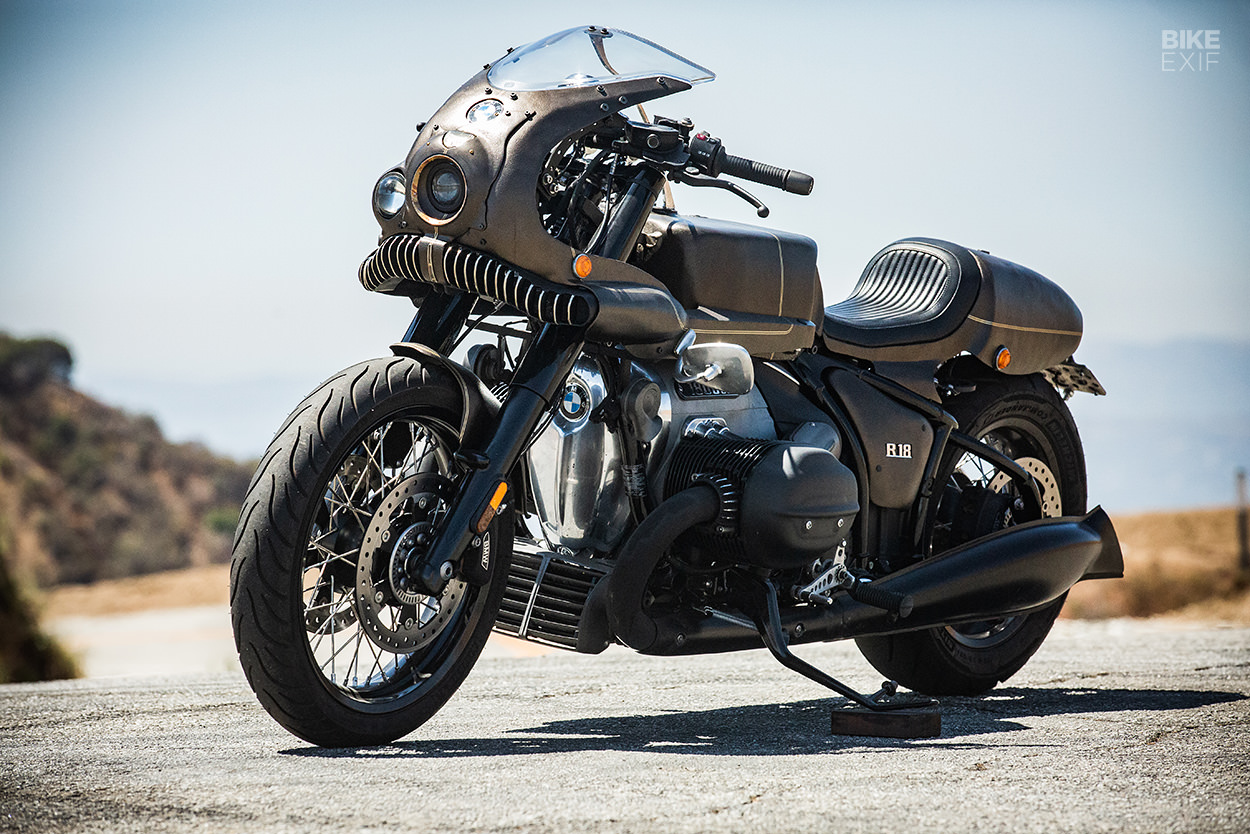 Shinya Kimura is one of the most enigmatic custom motorcycle builders working today. His bikes have zero respect for conventional styles, prevailing trends or the laws of symmetry, and are instantly recognizable by their organic shapes. But how does that approach gel with BMW’s monstrous retro cruiser, the R18?

To answer that question, BMW Motorrad commissioned Shinya Kimura to build the third officially sanctioned BMW R18 custom. The Japanese builder responded with a brutal and quirky take on the 1,802 cc boxer, nicknamed ‘The Wal.’ 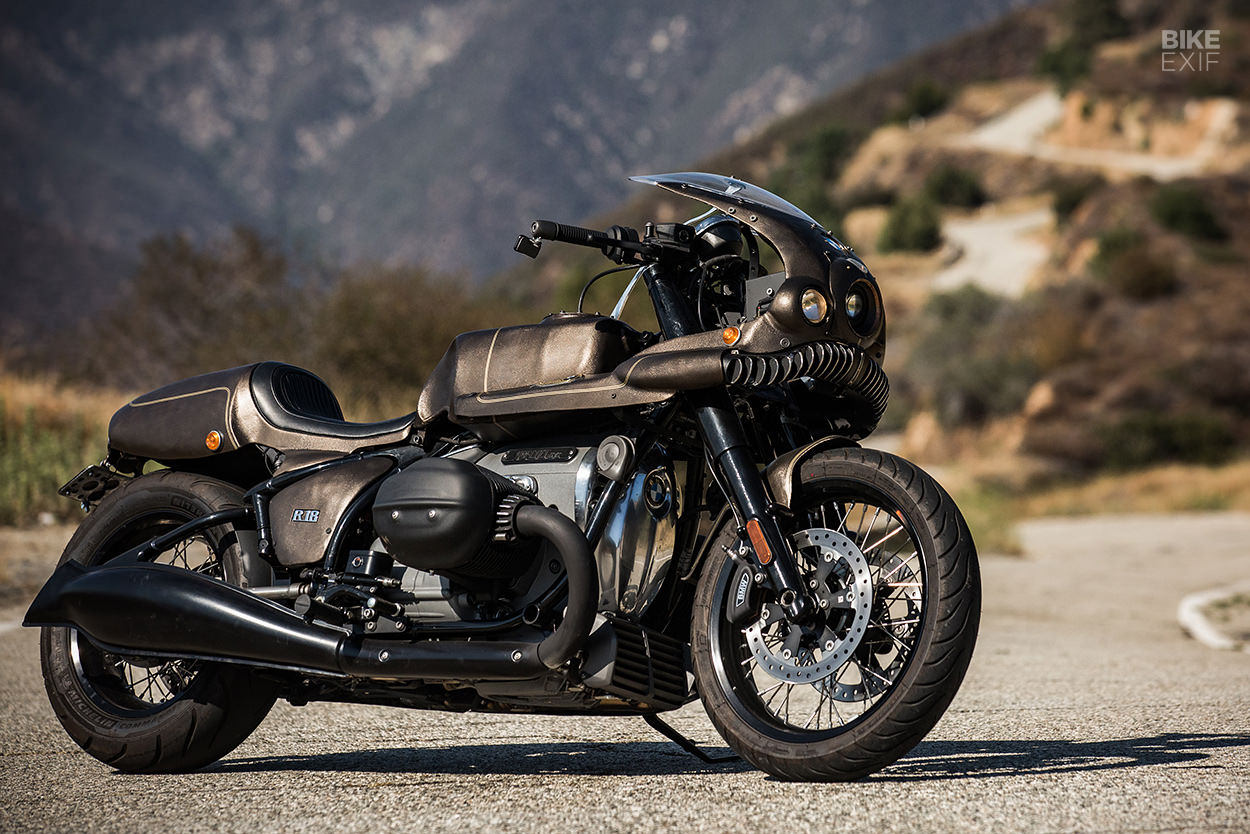 Kimura-san kicked the project off with a visit to Germany, to meet the R18’s development team. Some time later, BMW dropped off a brand new R18 at his Chabott Engineering workshop in Azusa, California.

Shinya typically only builds a handful of bikes a year, is selective about his clients and doesn’t like deadlines. So the fact that there was no brief attached to the R18 suited him well. But before he tore it down, he went riding—to get a feel for the bike, and to figure out what he was going to do to it. 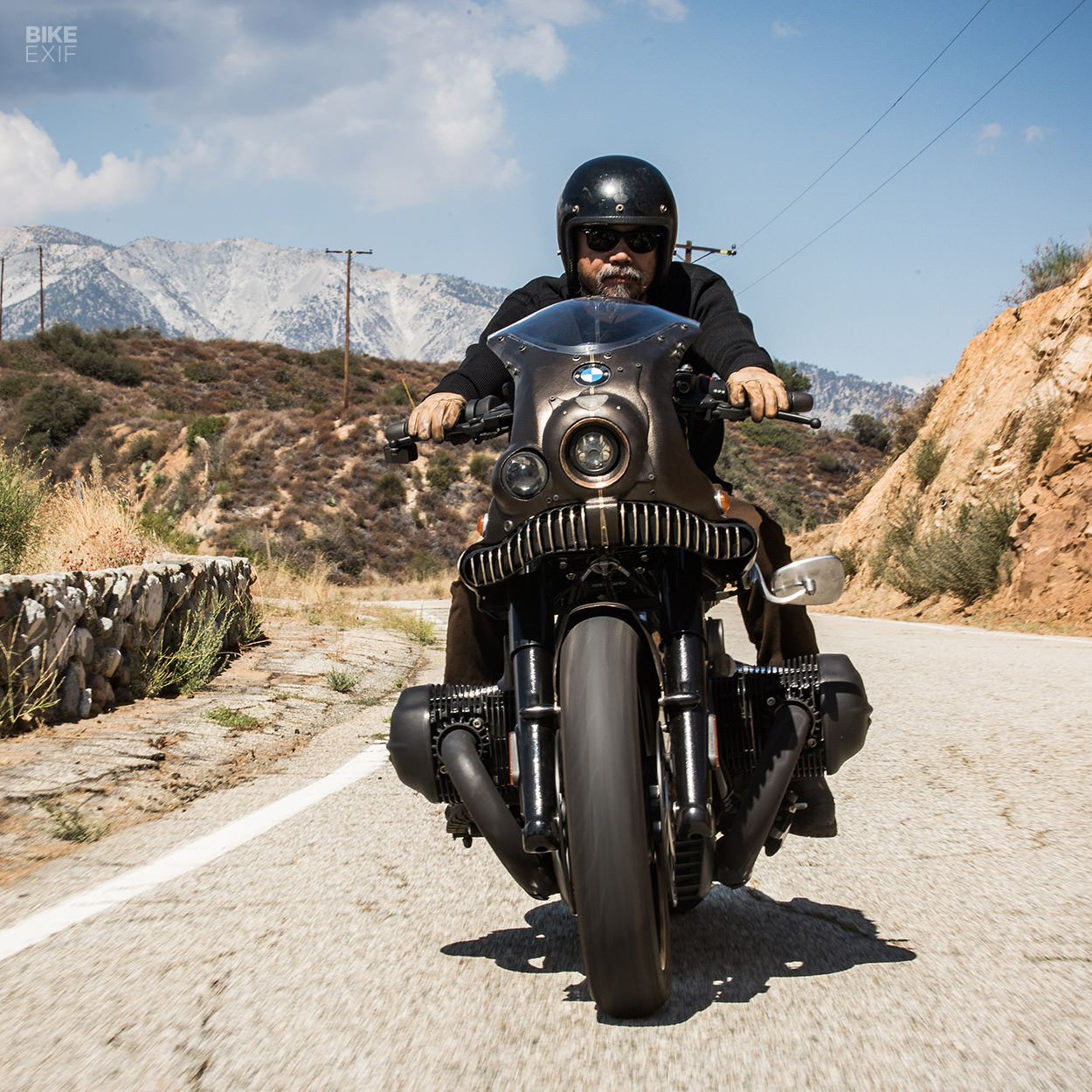 “I built the R18 entirely for myself,” he says. “When I rode the production R18, I thought it might suit my build and riding preferences better if I designed it to be a little more front-facing with a fairing. I also wanted to be able to ride for long distances with my R18 while feeling and enjoying the legendary boxer engine.”

“It was very important to me to preserve the two characters of the R18 as I experienced them when riding. Thanks to its mighty engine, the bike is wild and has almost inexhaustible power on the one hand, yet it is completely good-natured on the other.” 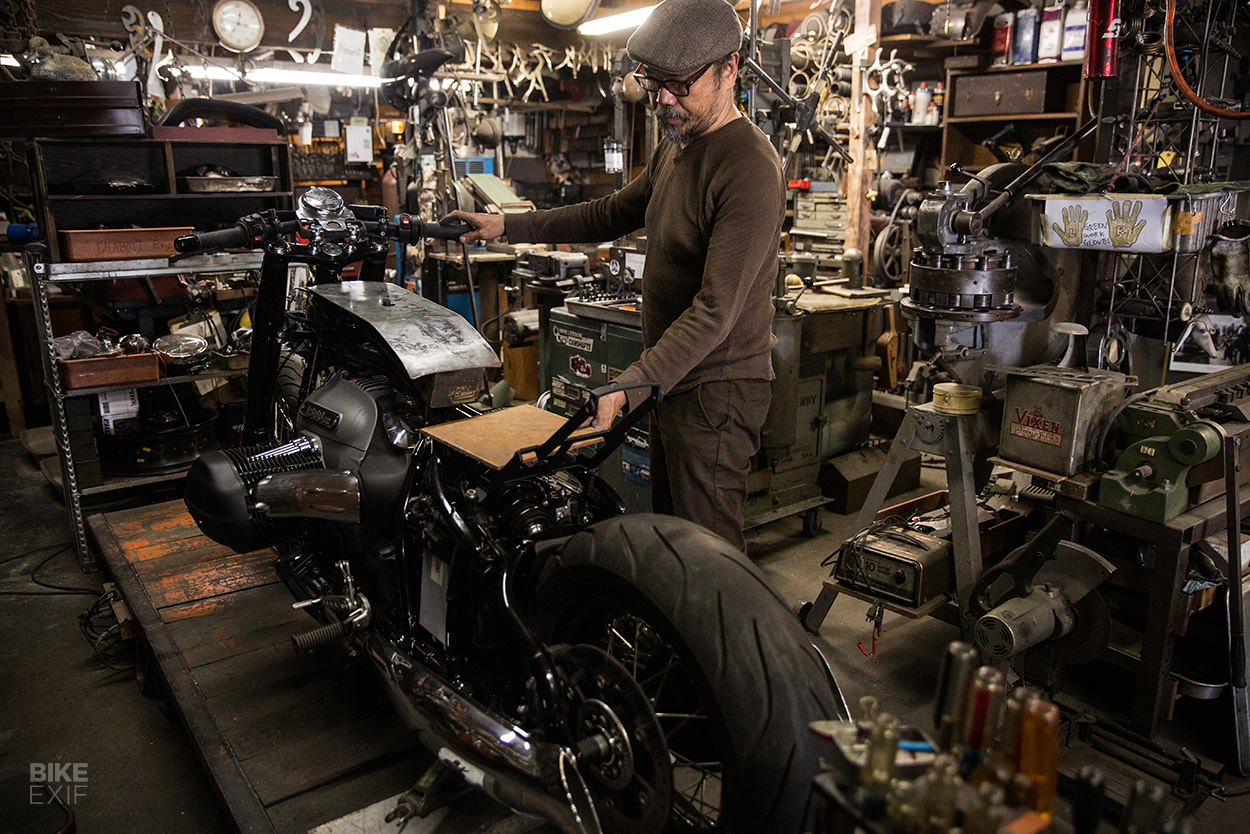 Shinya decided to transform the R18 from a cruiser to a sports tourer of sorts, with all-new aluminum bodywork and a revised riding position. The sheer scale of the bike wasn’t lost on him either; ‘Wal’ is German for whale.

Shinya’s process is extremely analog. He doesn’t sketch his ideas out and there’s certainly no CAD involved. Instead, he simply starts forming parts using traditional metal-shaping techniques, with a clear vision of where he’s headed safely tucked away in his head. 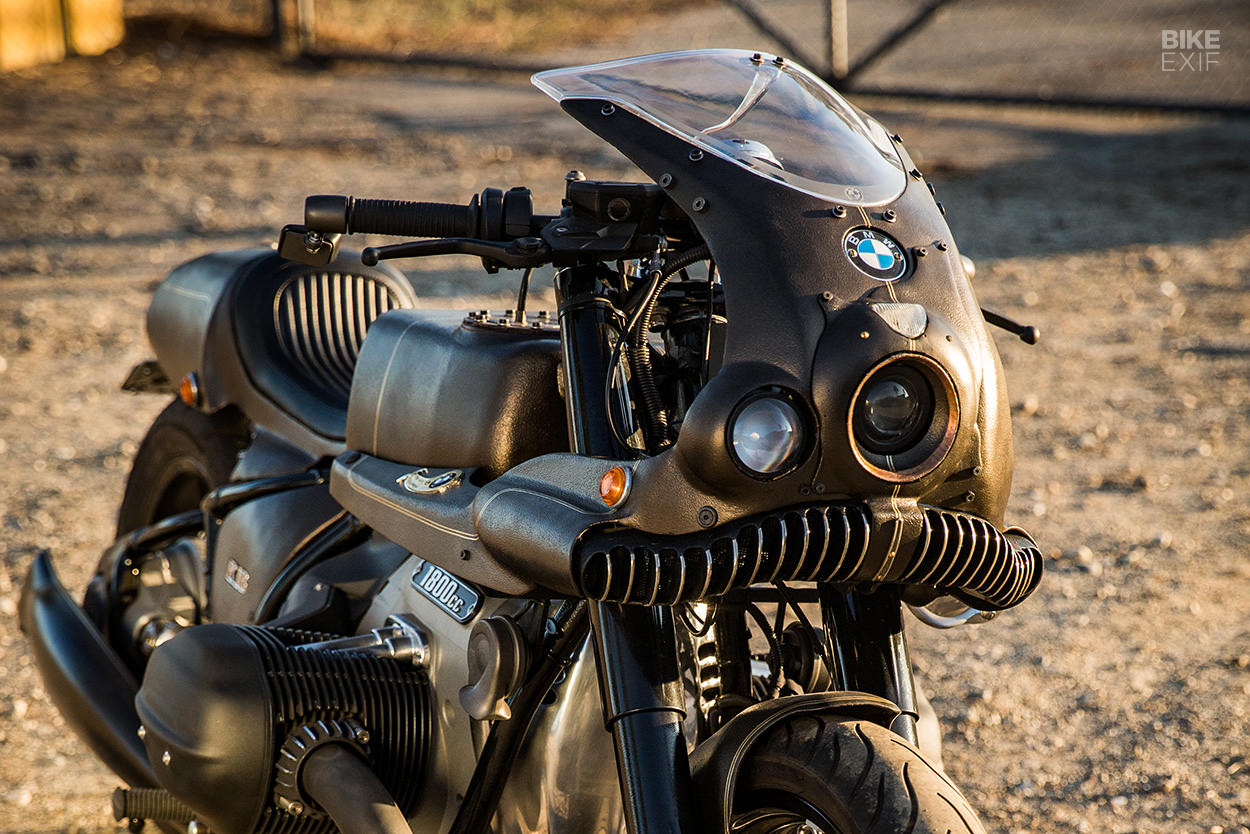 He’s also obsessed with insects, and even studied entomology at college, so his bikes inevitably have animalistic features. The custom fairing that he shaped for the R18 is an excellent example of this.

Leading the charge is a pair of bug-eyed headlights, surrounded by organic forms that signal Chabott Engineering’s signature style. Lower down is a handmade grill that resembles a whale’s teeth, and directs cool air to the area under the tank. The fairing wears a couple of factory parts, too—like a BMW roundel in the center, and an R nineT Racer windshield. 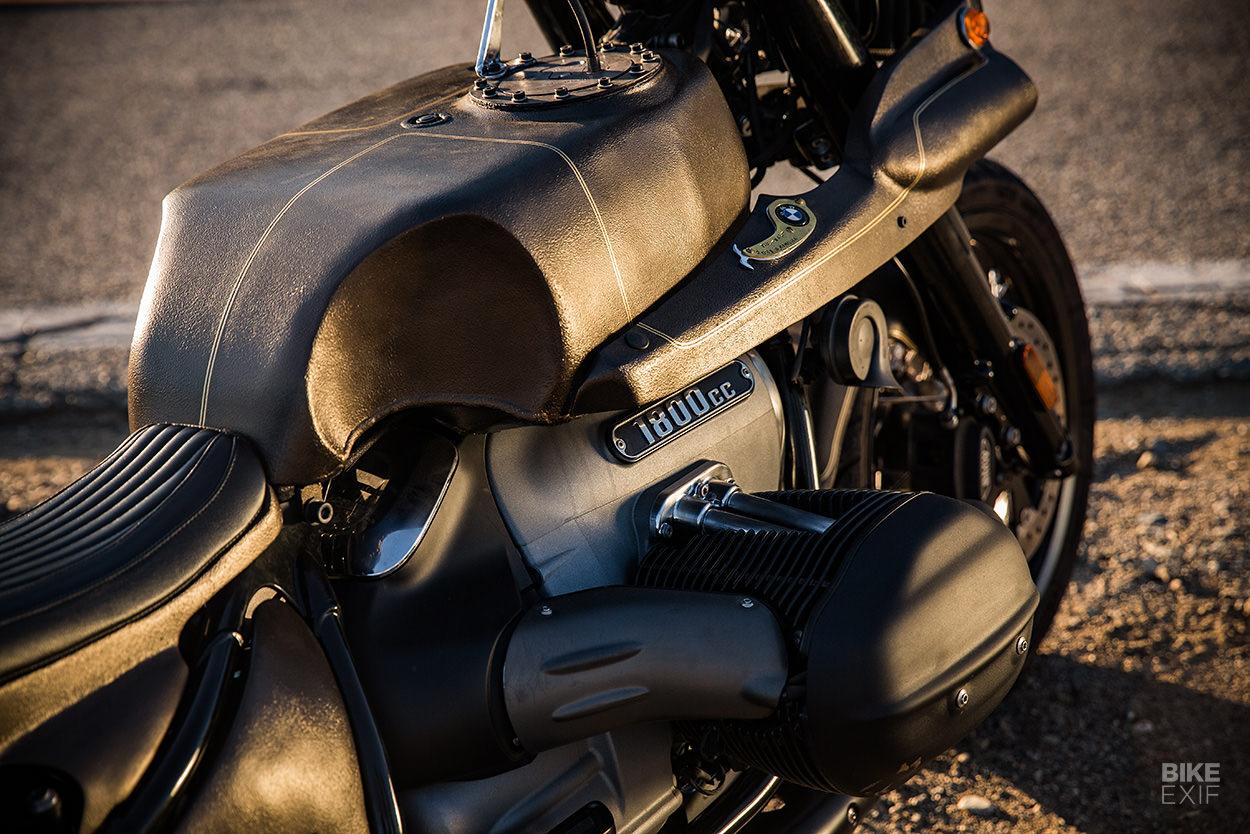 Further back is a custom fuel tank that’s more than just a styling exercise. It’s longer than stock to push the rider further backwards, has knee indents to keep its profile narrow, and carries an extra gallon of fuel. The gas cap is from an old fighter jet, and there’s an extra fairing bracket bolted to it, to stabilize the windshield at speed.

Out back is a custom tail section, with twin tail lights to echo the front-end. Backdrop Leathers in Japan handled the upholstery on the bucket-style seat. 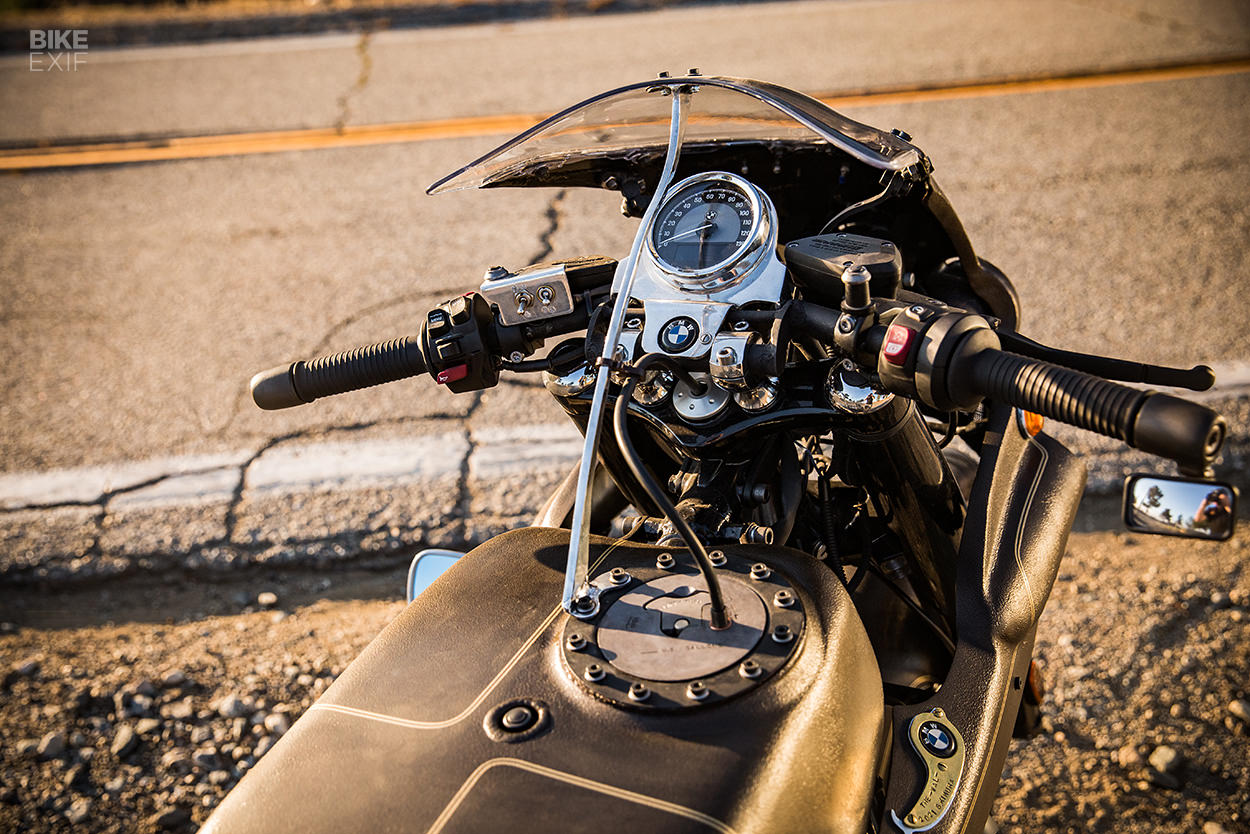 The repositioned seat isn’t the only change to the R18’s ergonomics though. Shinya also fabricated handlebars that sit further forward, and measure 8” narrower and 6” lower than stock. And he nudged the foot controls 2” back.

The cockpit also features a new bracket to relocated the BMW’s OEM speedo, and a pair of toggle switches to operate the lights. There’s a tiny bar-end mirror on the right side, and a larger, fairing mounted mirror on the left. And there’s a small, whale-shaped plaque riveted to the right side of the fairing. 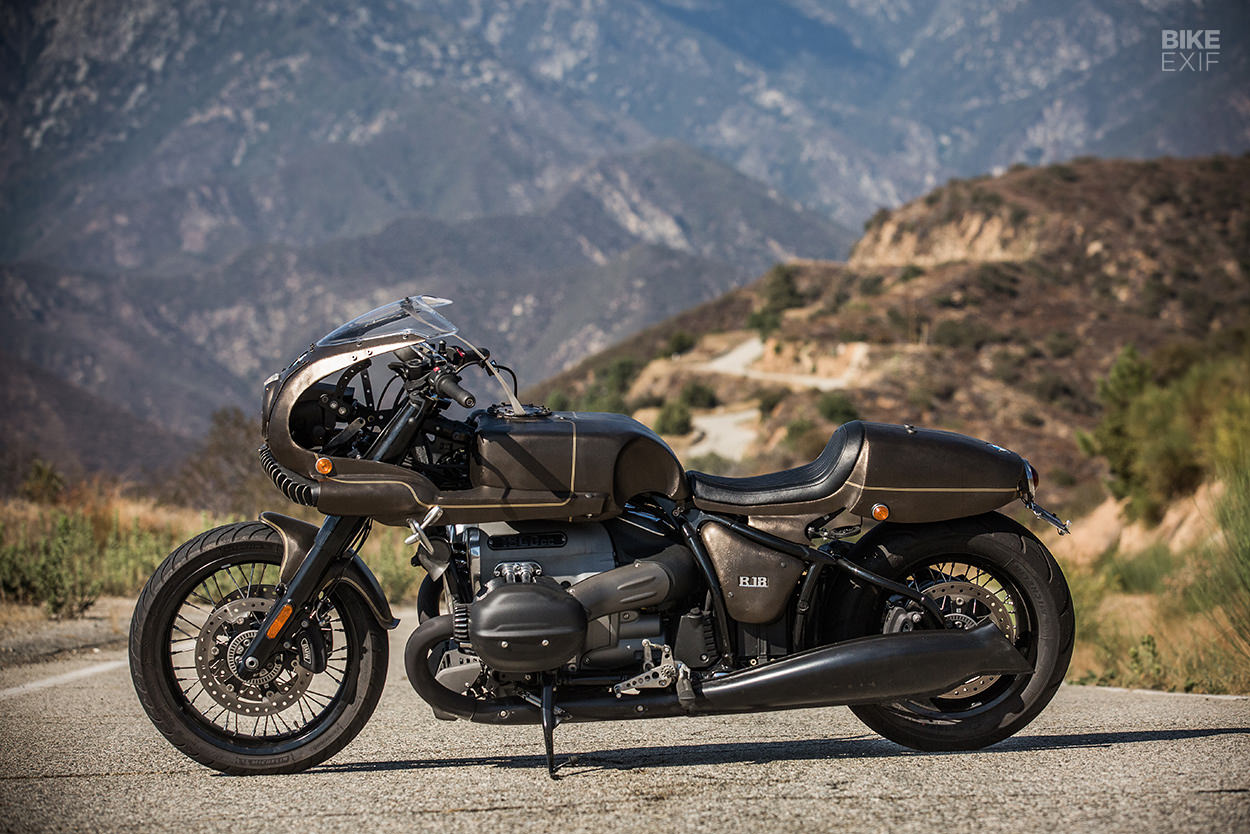 Shinya also shaped up new side covers and a new front fender for the build, but left the R18’s wheels, brakes and suspension alone. And even though the stock exhaust is a monster, once the bodywork was complete, he felt it complemented the overall aesthetic—so it stayed too.

It takes a few passes to pick up all the details, but there are a couple that made us smile—like the classic horns, no doubt scalped from a much older BMW boxer. 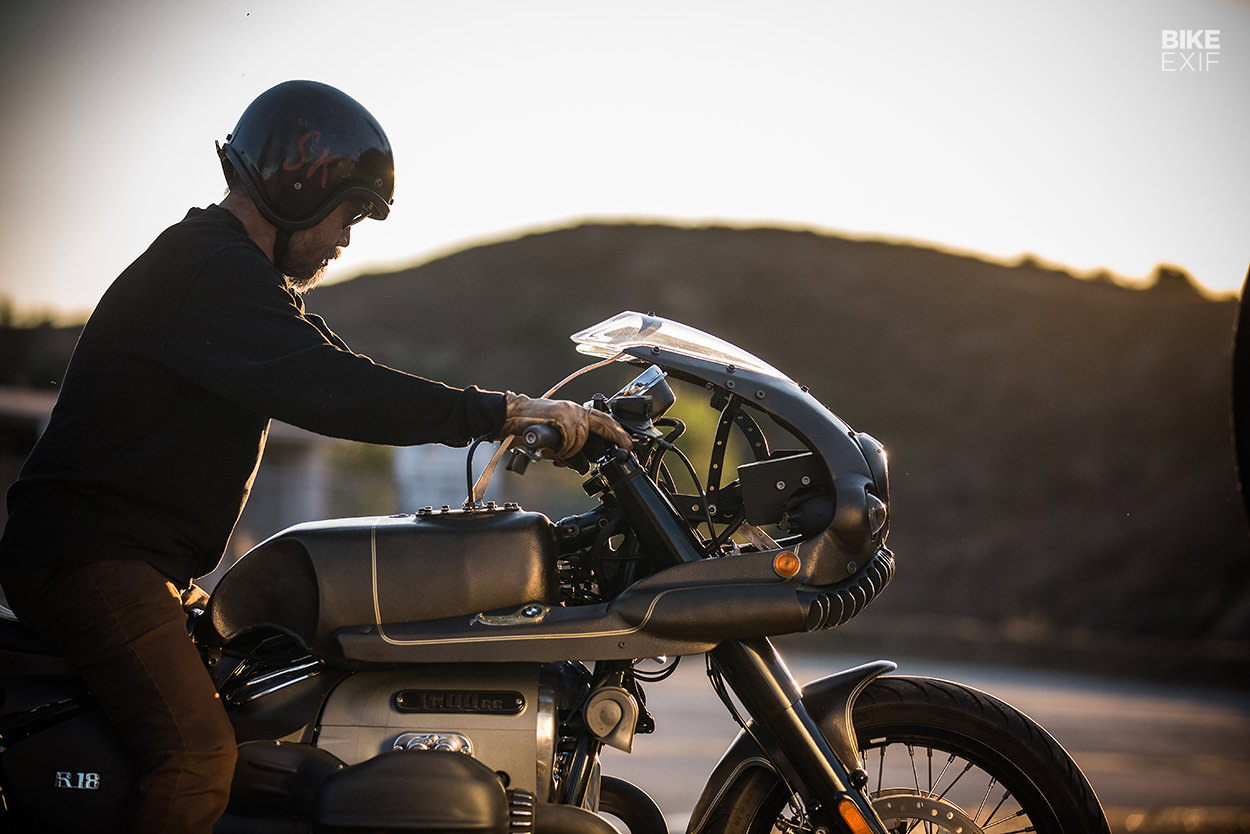 The R18’s final finishes are equally intriguing. Shinya gave the bodywork a fine hammered texture, then had it powder coated in a bronze color. Black finishes on the intakes, valve covers and exhausts emphasize the bike’s presence, while delicate pin striping adds a touch of elegance.

This eccentric rework of the R18 is sure to polarize opinions. But we tip our hats to the Bavarian marque for taking the plunge—and to Shinya for making it his own. 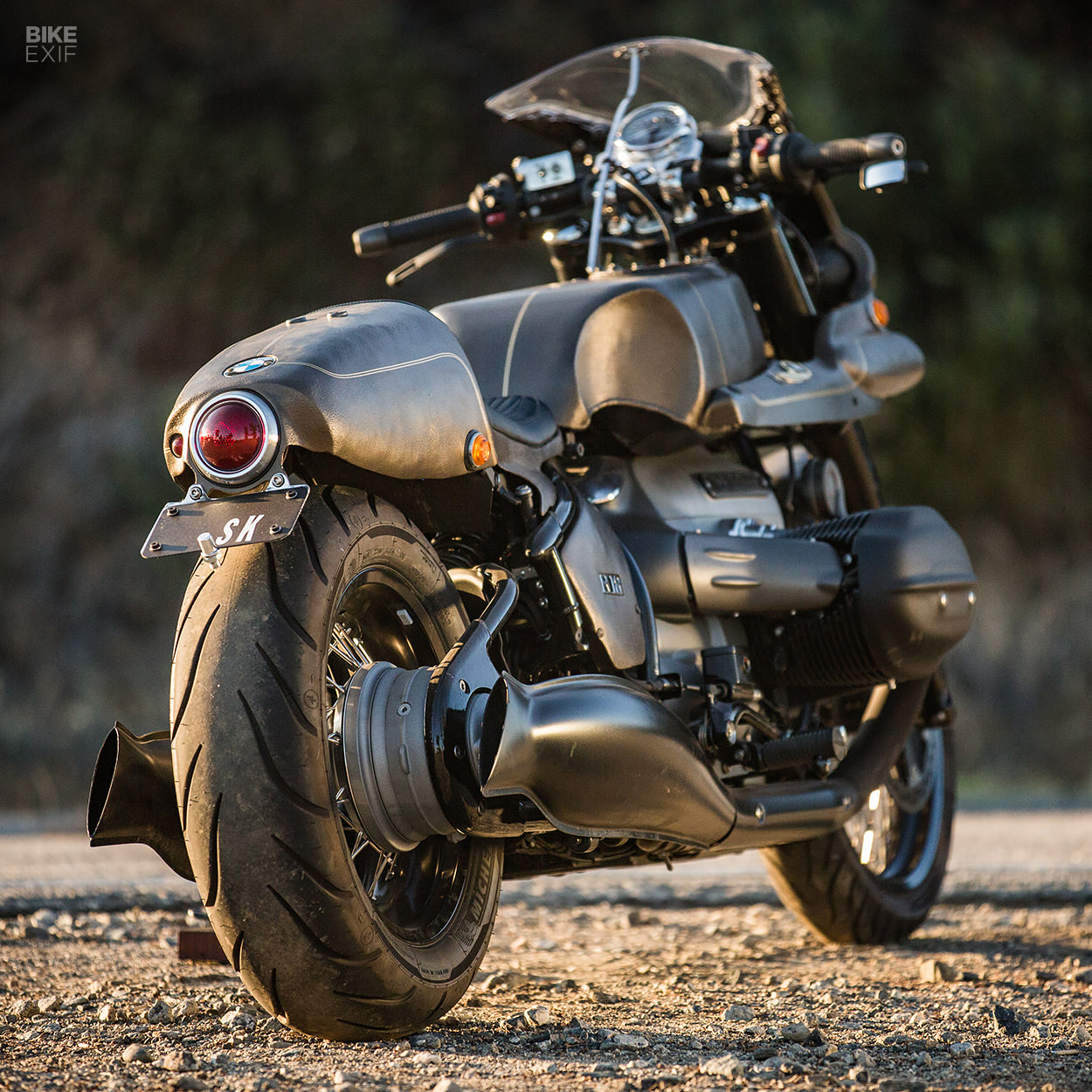