Three in one: A BMW R100R bobber with an adaptable tail 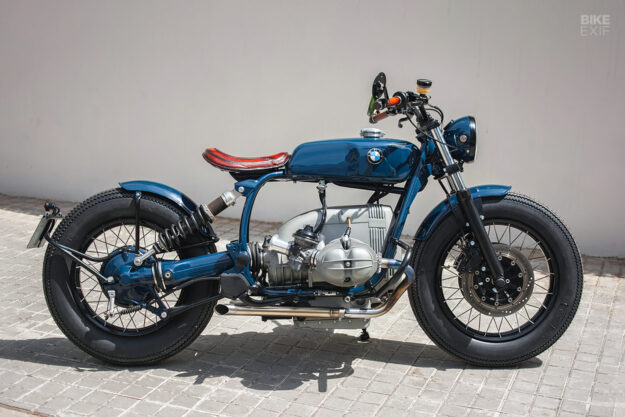 If you’re not familiar, the R100R was technically BMW’s first go at building a ‘modern classic.’ It was essentially the road-going equivalent of the R100GS, with an air- and oil-cooled 980 cc boxer twin pushing 60 hp to the back wheel via BMW’s modern (at the time) Paralever shaft drive. The R100R also traded its stablemate’s adventure bike trim for smaller wheels and a smattering of chrome. 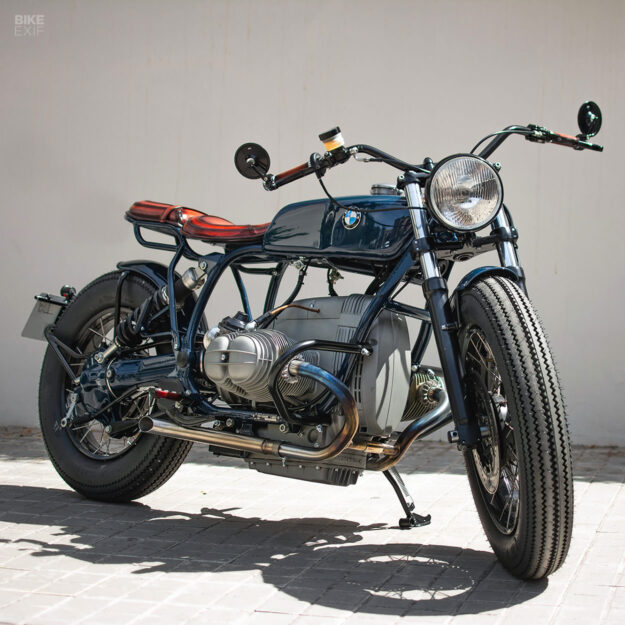 The Niks Motorcycles R100R is a considerable departure from the original. But it’s not just a looker—it also hides a neat party trick. As per the client’s brief, this boxer can go from bobber to passenger-friendly at the drop of a hat.

But before Niks got to that, they rebuilt the engine with a 1,000 cc Siebenrock high-compression piston kit. The upper engine cover was replaced with a slimmer unit, with the battery now housed under the swingarm. The exhaust was made by the Niks team and is appropriately short, matching the lines of the frame and exposing the beautiful BMW single-sided swingarm. 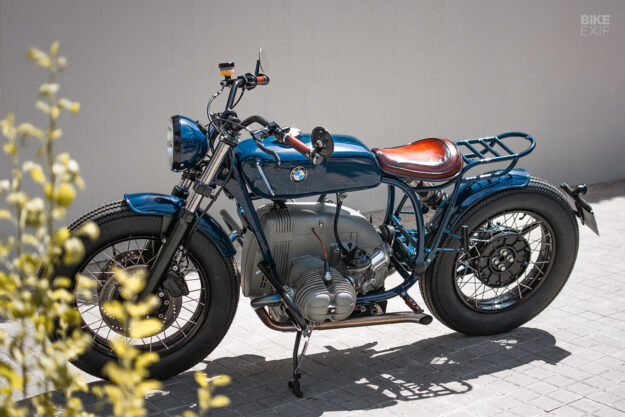 The front end is stock, but since the client called for a long and low design it was lowered internally by about five inches. With the reduced travel, the front springs were wisely swapped out for progressive items, along with preload adjusters. The fork lowers were smoothed out for a more classic look.

The Paralever rear end and mono-shock were carried over from the factory bike, but with improved performance courtesy of a Wilbers item. The rear end was also modified slightly to allow a 5” wide tire to fit. 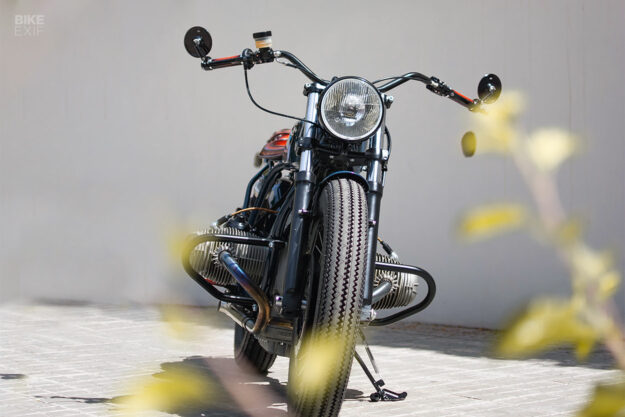 The factory cross-spoked wheels were disassembled, painted black and reassembled with stainless steel spokes and Firestone Deluxe tires. The Brembo front brakes were torn down and rebuilt too, with fresh brake lines and a Beringer master cylinder. Naturally, the calipers got a fresh coat of black paint to match the wheels. 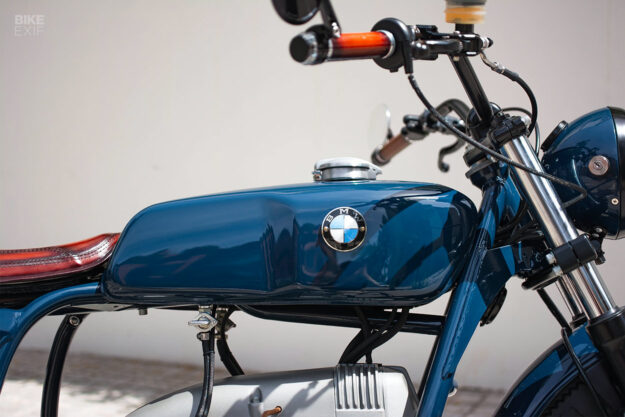 The real magic is happening in the middle section of the bike. Niks built a custom tank that’s less than half the size of the original, and looks totally fantastic. Between the skinny silhouette, the Monza fuel cap and the custom fuel gauge on the left side, it’s a true work of art.

Onto the BMW’s party trick: its tailor-made three-in-one tail setup. Niks’ client liked the idea of a solo seat, but also enjoys riding with his partner. To cover all bases, the team came up with a removable subframe and passenger seat. 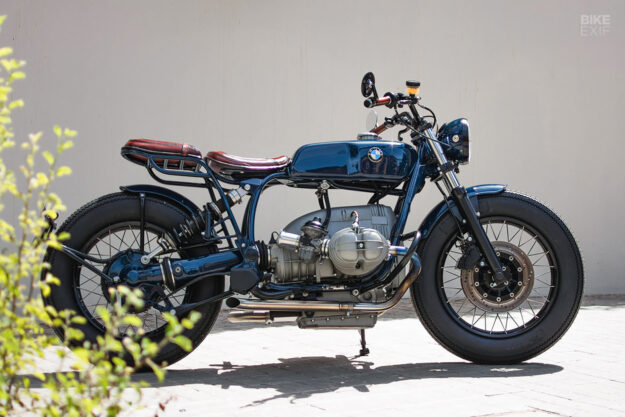 It can be configured as a solo seat, a solo seat with a luggage rack, or a full two-up setup. It bolts on in minutes, and opens up a world of convenience. Ingenious stuff.

The front and rear fenders were made in-house too. The rear unit, and a custom-made license plate bracket, attach to the swingarm on the right side only. Again, the bike’s design is elevated by both what is there, and what is not. 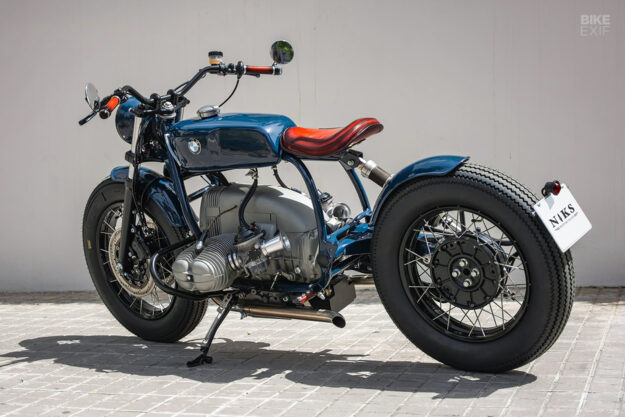 A single round headlight sits up front, with a Motogadget tiny speedometer embedded into the top. A set of relaxed, beach cruiser-style handlebars are adorned with Motone push button switches and Beringer levers. The bars are capped with glassless mirrors and LED turn signals, both from Motogadget.

The seat, grips and foot pegs are all covered in the same Italian leather—though the pegs feature stainless steel fasteners for extra grip. 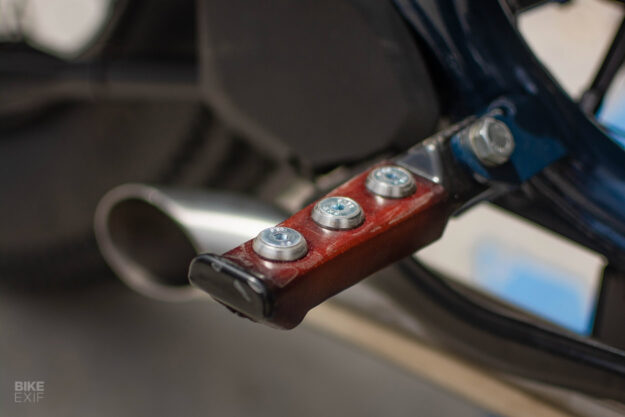 Examine each element of the bike by itself, and you’d be forgiven for thinking it’s nothing special. Combine these elements though, and they come together to create something unique.

Finished in stunning blue paint, the frame, swingarm and tank blend together beautifully. We love how the tank’s so skinny, it almost feels like part of the chassis. It must be wild to look down and see those big boxer pistons sticking out each side. 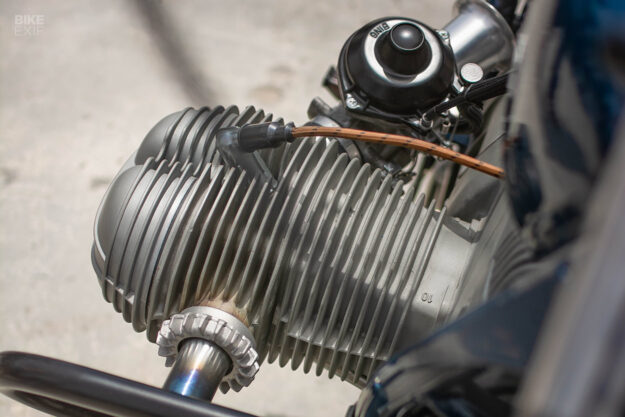 Niks Motorcycles have taken a different approach with their R100R and it’s paid off in spades. We bet the new owner is happy—because we can’t think of a better way to see the sights of Barcelona. 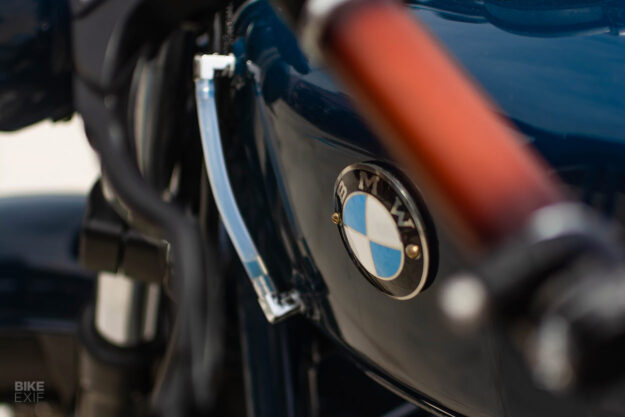