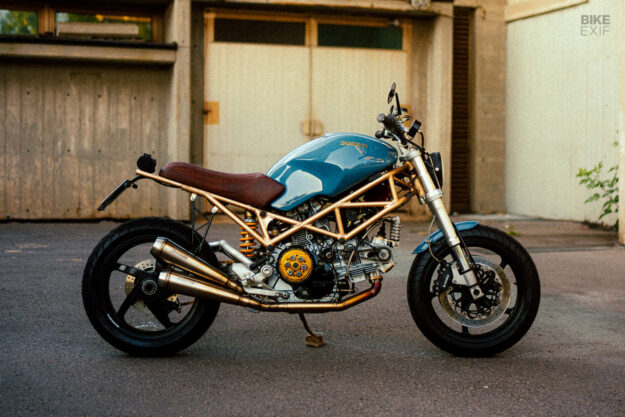 The Ducati Monster might have been a parts bin special, but it was also a sales hit—and it’s easy to see why. Riders were enticed by its stripped down design, comfortable riding position and great engine. Designed by Miguel Galluzzi way back in 1993, the Monster all but saved Ducati from financial woe.

Ducati’s brand new Monster has lost some of the design elements that made the original so iconic—most notably its trellis frame. But this is a 2006-model Monster S2R 1000, and its owner is a fan of the classics. So when he decided it was time for a makeover, baking in some of that quintessential Monster DNA was a must. 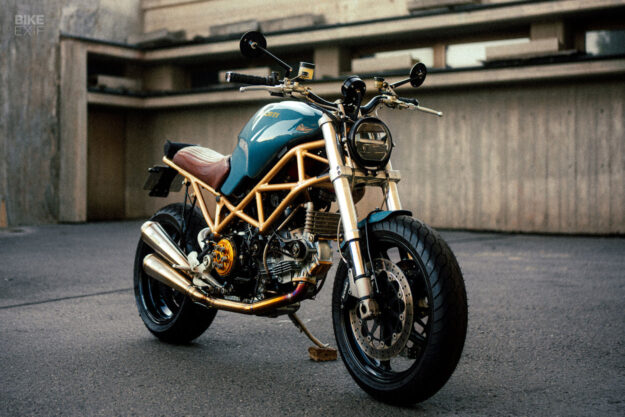 He wanted to emphasize the simple trellis-framed naked bike layout, with a few tasteful design tweaks. So he called on Gas & Oil Bespoke Motorcycles in the Czech Republic to bring his vision to life.

“The customer is a big Ducati fan and he gave us some sweet instructions,” says Gas & Oil founder, Matej. “The goal was to step away from the traditional ‘Ducati Red’ comfort zone, but still preserve typical Monster elements. We wanted to combine modern and classic into one machine.” 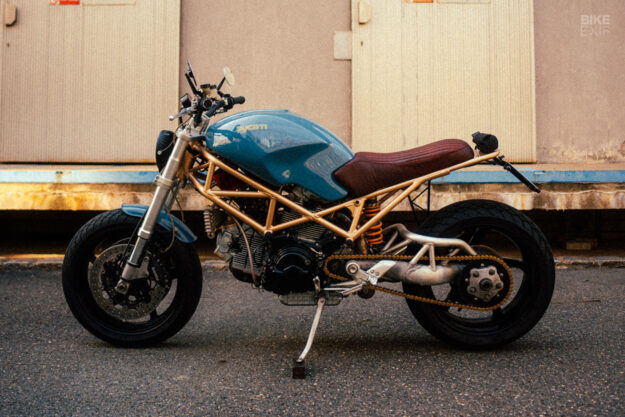 The Monster S2R left the factory with some tasty running gear: Marchesini wheels, big Brembo brake discs and fully adjustable Showa forks. The Gas & Oil team left all of this in place, but added new Dunlop Mutant tires, and a custom-made steel front fender in place of the original.

Just above it is a new LED headlight, suspended on custom brackets. The front end is a perfect example of classic Monster elements that have been mixed in with contemporary touches. 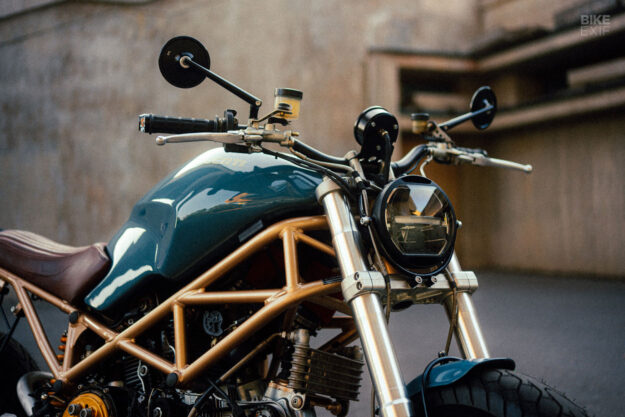 The Monster’s cockpit has always been straightforward, but Gas & Oil has simplified it even further. The dashboard has shrunk down to a single Motogadget speedo, clamped to the handlebar risers. Together with new blacked-out bars, micro switches, and Motogadget mirrors and bar-end indicators, it’s a minimalist’s dream.

Matej and the team decided to turn the Monster’s trellis frame into a true showpiece. So they one-upped the factory by stripping the frame down, and powder coating it a lustrous gold. It pops against the fuel tank, which now wears a stunning coat of blue, with gold 70s-style Ducati logos.

The subframe received some modifications too, with the small extension at the back being the most notable. Besides being looped, a tiny brake light was embedded into the rear, above a custom tail tidy.

It’s nothing but class out the back, with a handmade seat, covered in aged brown leather, blending flawlessly into the tank. A hint of practicality was added behind the seat by way of a storage pouch—good enough for a bag of tobacco or a first aid kit. A pair of magnets keeps it in place. 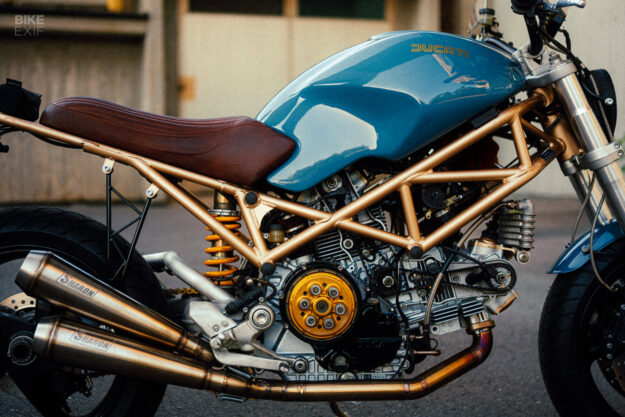 When the bike was delivered to Gas & Oil’s workshop it was showing signs of wear and tear, especially around the engine. To freshen up the 992 cc Desmodue, it was rebuilt and painted. The archetypal rattle of a Ducati dry clutch couldn’t be resisted, so Gas & Oil opted for an open clutch basket setup.

With the “if you’ve got it, flaunt it” approach already in full effect, the engine’s timing belts were also exposed. Next, the crew put their own spin on the original Monster S2R stacked exhaust design, with a custom-built system that looks way better than the factory effort. The sinuous, golden pipework snakes its way along the bottom of the engine, subtly complementing the gold frame. 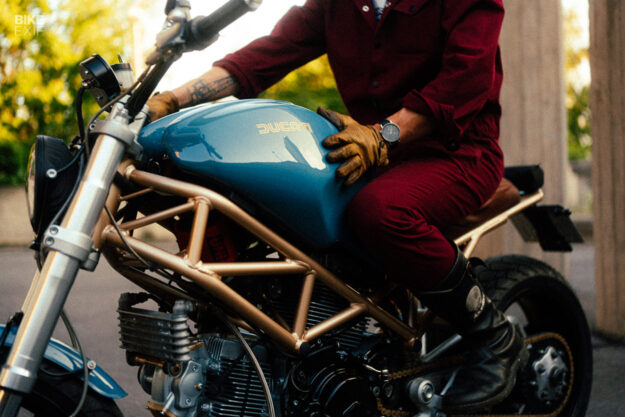 The air box was deleted in favor of open filters, and the original ECU was replaced with an Ignitech unit. Even though it took more than 40 test runs to reprogram, Matej says the juice was definitely worth the squeeze. They only upped the output by 5 hp, but the weight loss and incredible soundtrack make it all the more special.

“When it comes to riding, it’s just pure happiness,” beams Matej. “It just shoots you out of a cannon if you pull the throttle, but you can easily change direction. And with the sound that this machine is putting out, you won’t be bored any time soon.” 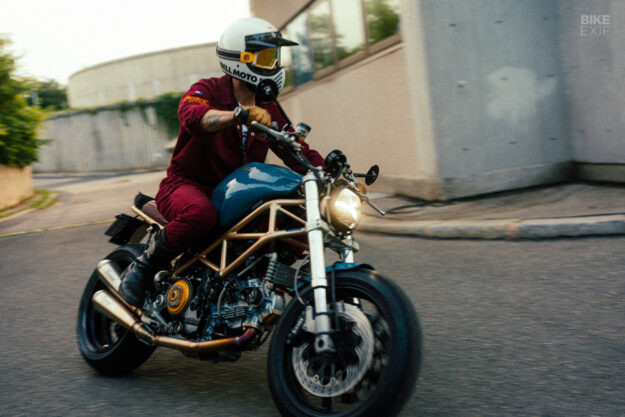 We’ve always been drawn to the simplicity and ridability of the Monster platform, and would happily park one in the Bike EXIF garage. Gas & Oil Bespoke Motorcycles has certainly done it justice—and if we see a sudden shortage of second-hand Monsters, we know who to blame.