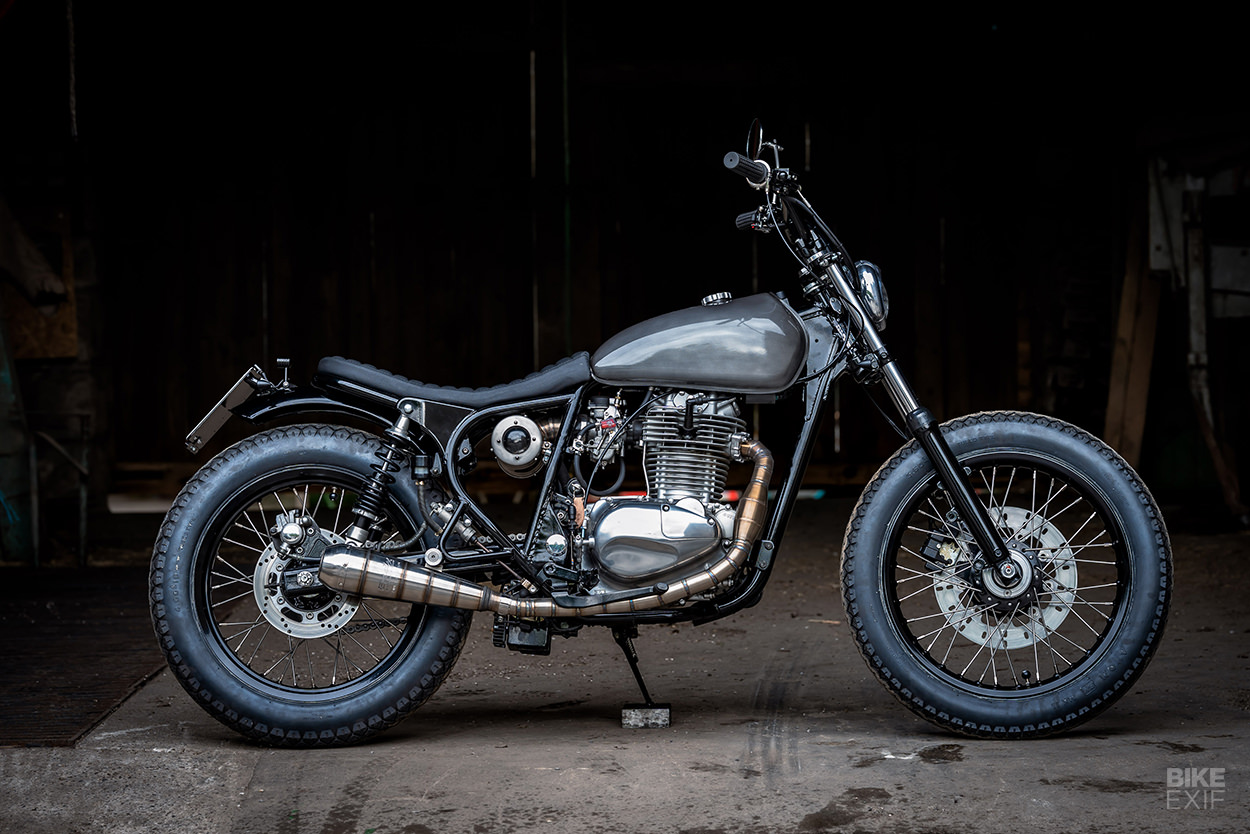 The very nature of Bike EXIF means we tend to focus on high-end customs: bikes that push boundaries, set trends, or reveal incredible levels of craftsmanship.

But those machines are only a tiny part of the global custom scene. And there are plenty of workshops focusing on bang-for-the-buck, with good-looking builds that don’t cost the earth. And one of those shops is KlassikKustoms in Germany, the creator of this nimble Kawasaki Estrella. 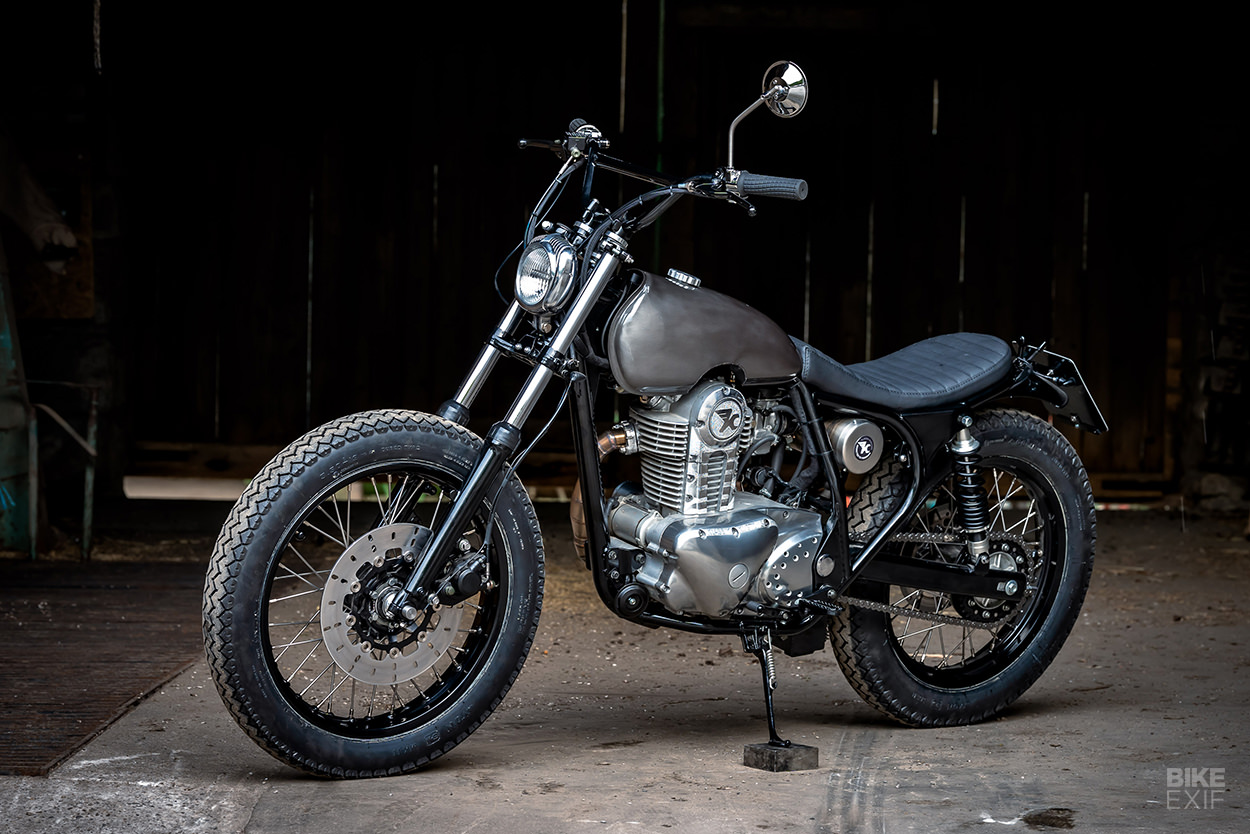 Jan Schulte-Meyer started KlassikKustoms in 2010, because he was fed up of the daily grind. He now fixes, builds and customizes older motorcycles. Cafe racer culture is his main influence, with a particular slant towards Japanese bikes from the 70s. “I build them the way I like them the most—flat and low,” he says.

Jan is also a very realistic man, keeping his prices down by making smart decisions along the way. “They’re bikes for those who are working their asses off, but still don’t have the money for a $25,000 custom. Customizing is not about being rich, it is about being different.” 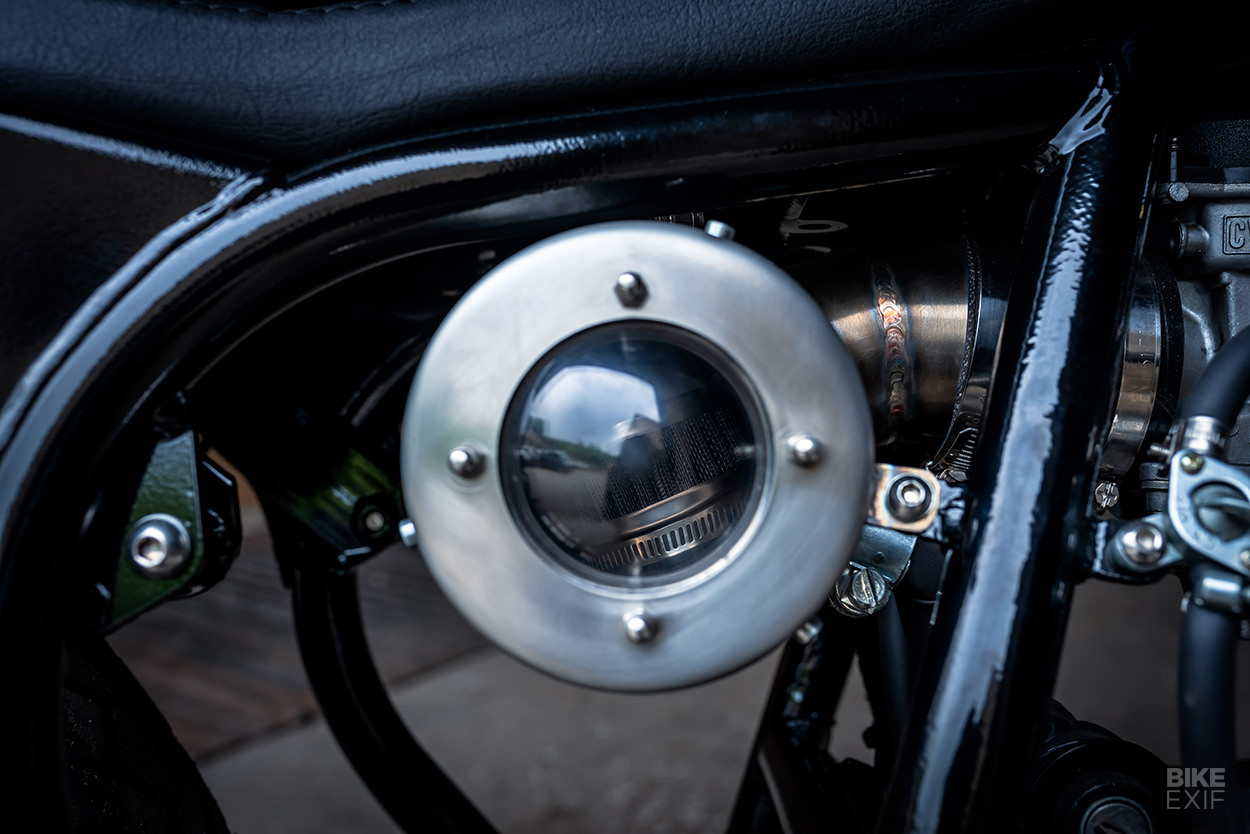 Jan’s workshop is in Herdecke, a town in the Ruhr area of Germany that’s known for its old half-timbered houses. He only builds bikes under 750cc, and prefers to keep the patina rather than go for the polished restomod look.

This 1996 Estrella BJ250 fits that bill perfectly. Europeans will know the good-looking 249cc single better than Americans, because it was only sold on the continent (and in Asia) for a few years. 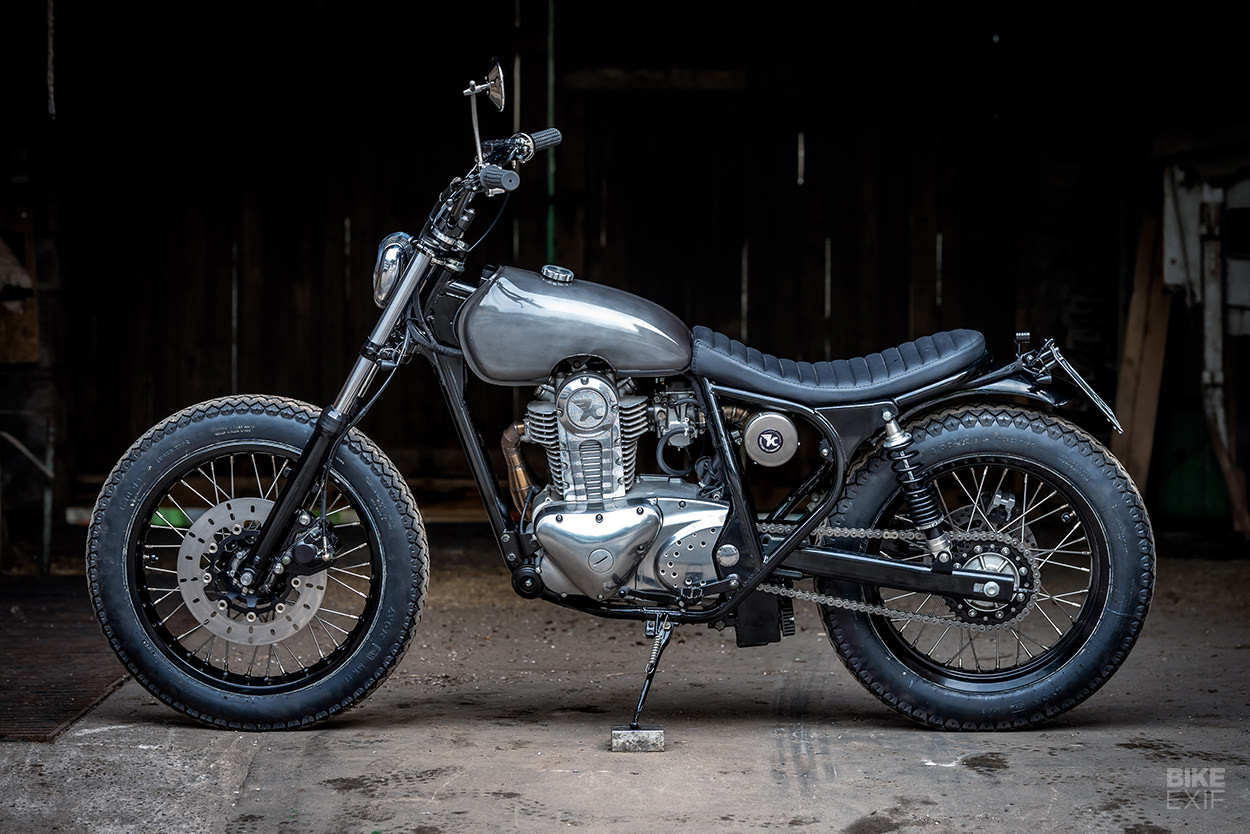 On this Estrella, there’s quite a bit that wasn’t on the original bike though. For starters, the front end has been upgraded to an SR500 setup, from the triple tree to the forks and front hub.

The front brakes are from an XS650, with a new vintage-style disc from EBC. And the wheels have gone up a size both front and back, with a new alloy F19/R18 wheelset. They’re shod with Avon’s Safety Mileage Mk II rubber. 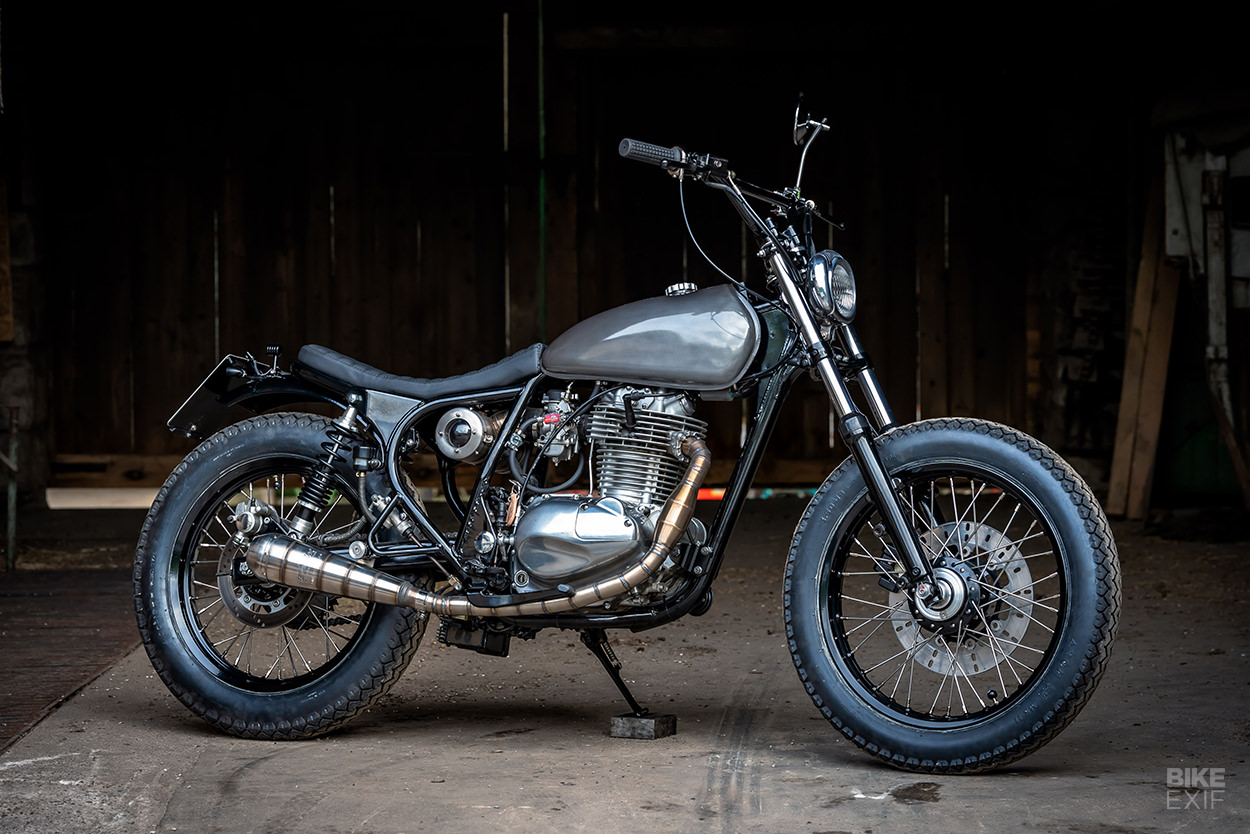 The bars are from Fehling, with a vintage MX bend, with grips from the German company Dock66 and a Tommaselli throttle. The levers have been snaffled from a Yamaha TT500 and a Honda CBR, and the speedo is from Racetronics, but the switchgear is from KlassikKustoms’ own range.

Lower down and tucked in tight between the fork tubes is an old Ford foglight, rebuilt inside to meet regulatory approvals. Like the other electrics, it’s wired up to a new loom—with the core components hiding inside a box under the swingarm. 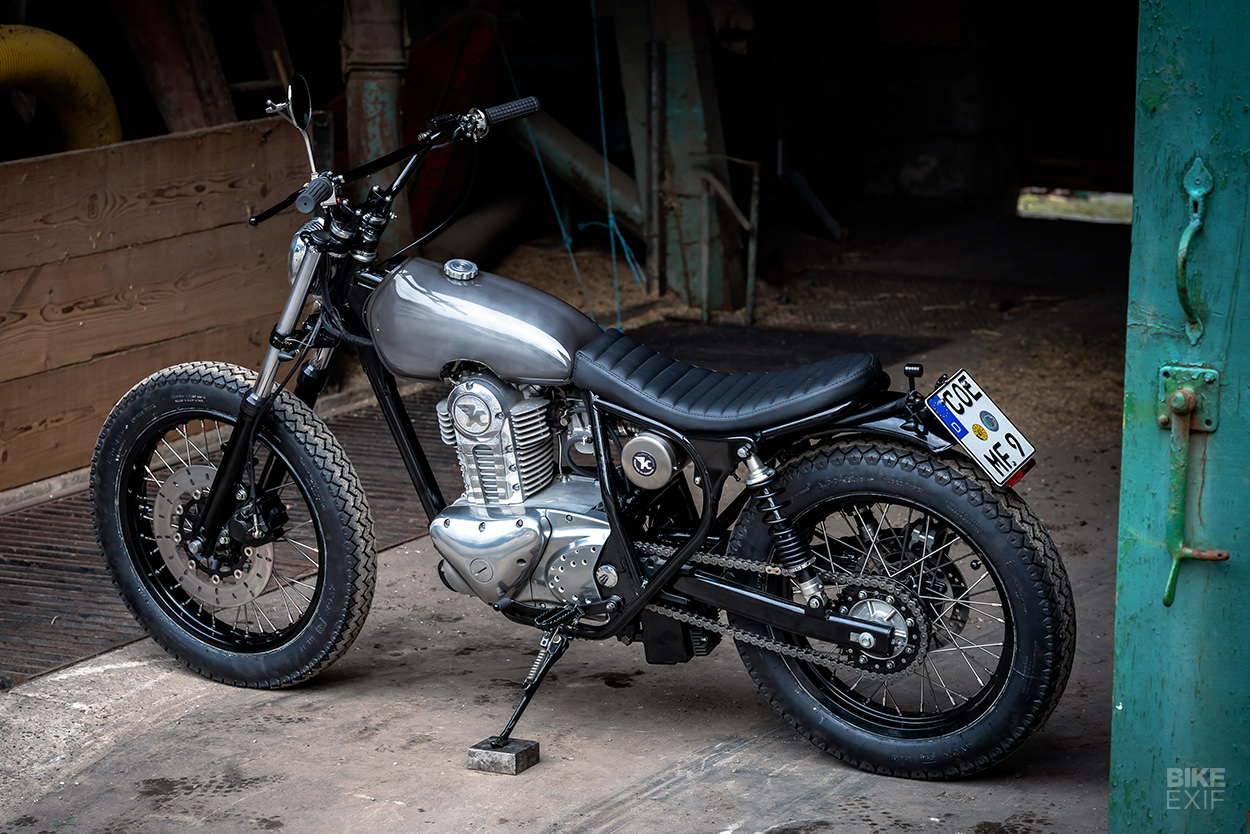 The beautifully integrated gas tank is from a Yamaha DT360, topped off with a one-off gas cap, and heavily modified to fit with a cutout on the left side to clear the top of the engine.

The airbox is custom, designed to accommodate a free-flowing cylindrical air filter, and finished off with a neat ‘porthole’ on one side. And if you look closely, you can see that the engine cases have been intricately engraved—by hand, by a local artisan called Von Frankenberg. 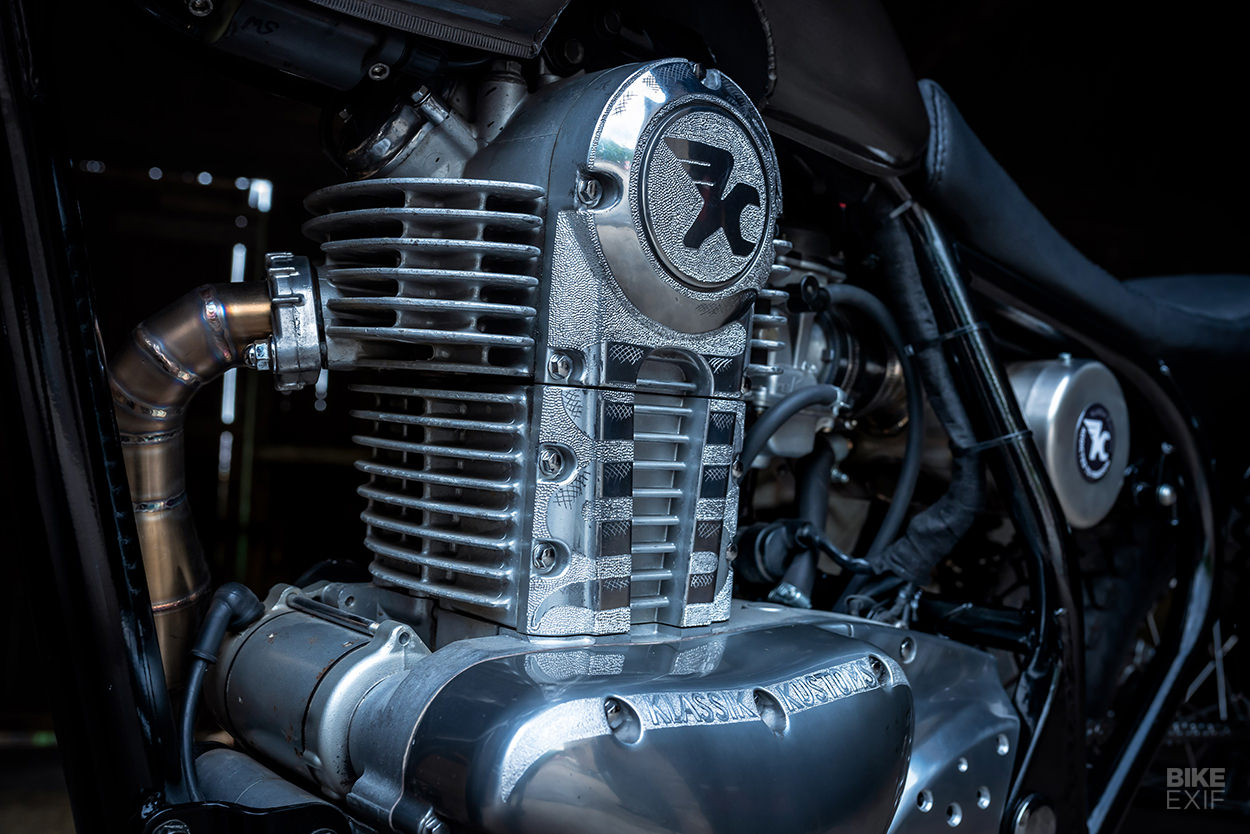 The engine itself has been refreshed and treated to a Japanese-made carburetor kit, which bumps up output by 5 hp. (That might not sound like much, but the stock output is around 20 hp.) The custom-made exhaust system should help with power too, especially with the ‘powerbomb’ bulge in the header pipe.

The back end of the Estrella has been completely reworked, and there’s a definite Japanese custom vibe here. The neatly upkicked seat sits on a truncated subframe, with a modified Dock66 fender slotted in underneath. 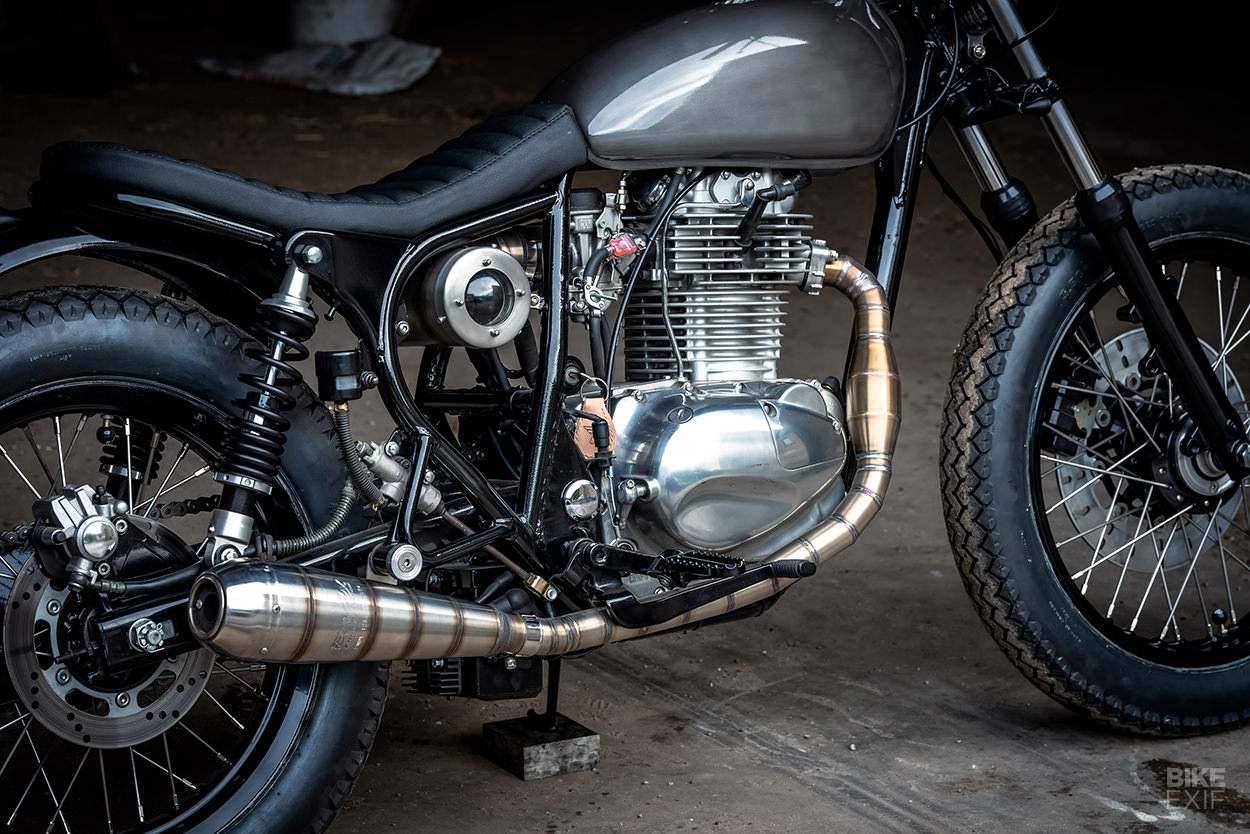 Suspension comes from a new set of YSS shocks, with a black alloy JT sprocket right behind. The swingarm had to be modified to accommodate the larger rear wheel, but it’s a factory-level finish.

To protect Jan’s work, there’s fresh powdercoat everywhere—even on the tank. All that remains is to swing a leg over the ample seat (made by local outfit TheHugs), hit the starter button, and zoom off. Whoever gets to put this in their garage is going to have a lot of fun—for not a lot of money. 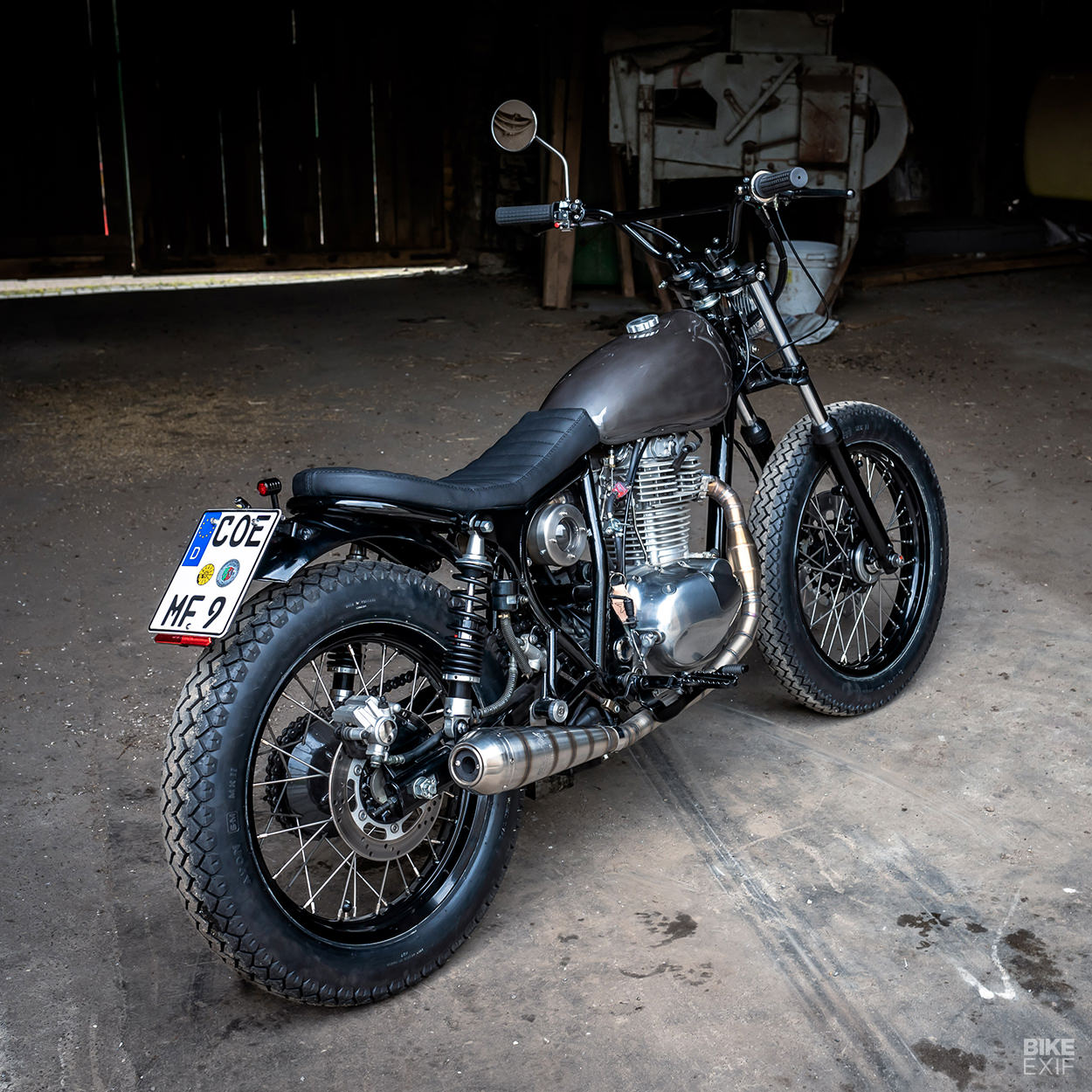