Bike to the Future: Eight extrapolations of moto morrow 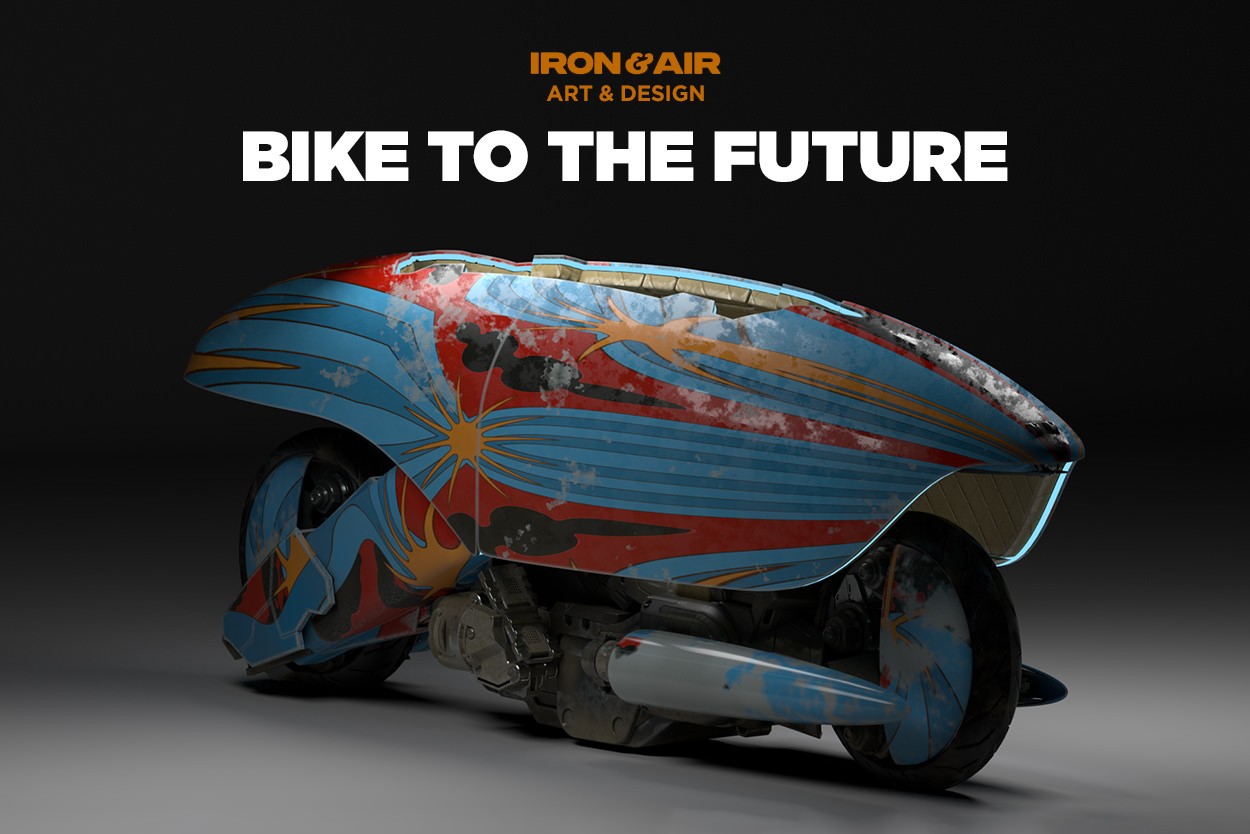 The world ahead of us is constantly changing with every passing moment and every decision made. The future is unpredictable, but that doesn’t mean we can’t wonder and try to see ahead, be that in hope or in despair. In this story from Iron & Air Magazine’s third Art & Design issue, we share eight interpretations of how motorcycles might survive in a world we don’t yet know. 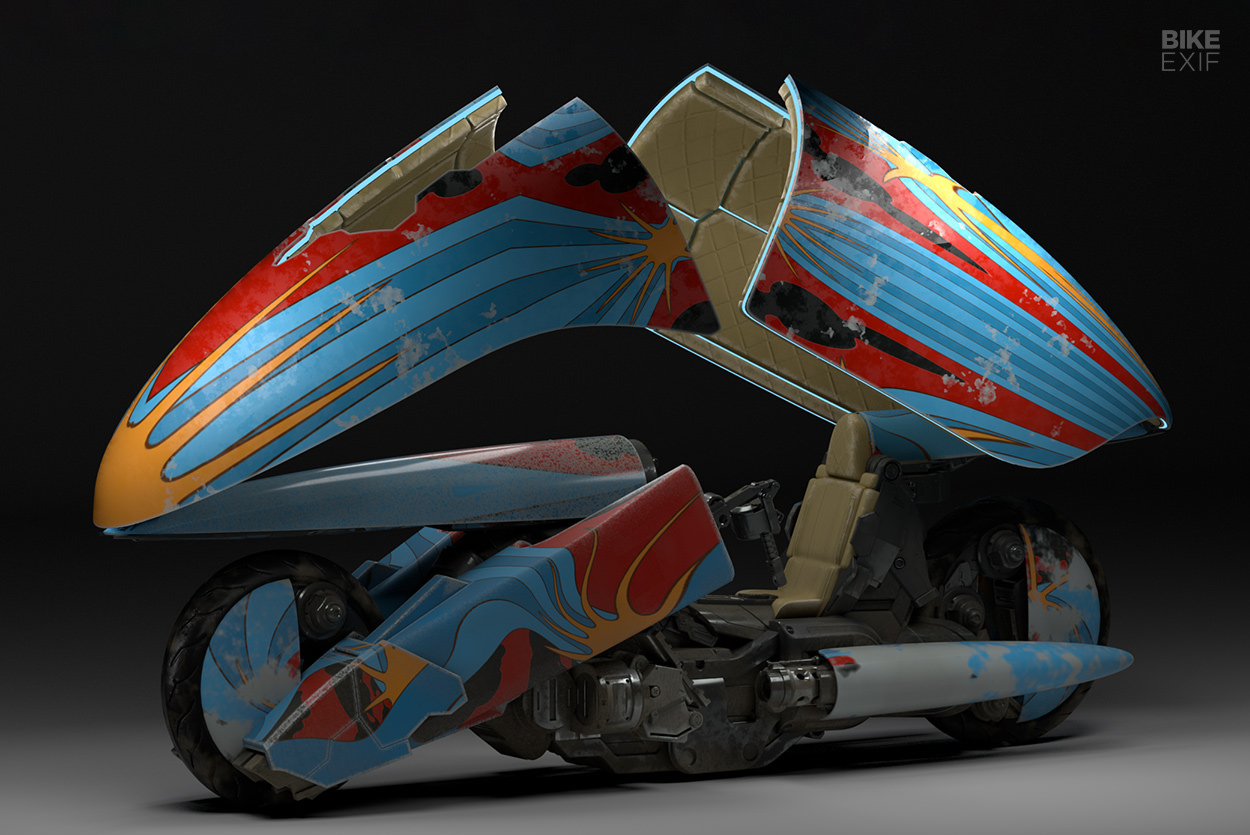 The Obrella by Rafael Monterio Bicalho Nuclear war turned Earth into a remnant of the planet it once was. What was once called Japan is now known as ‘Eden.’ The Obrella is an ‘Extreme G’ motorbike, a high-speed machine that’s most commonly used by the ‘Boso Faction,’ a gang of individuals who pay homage to Japan’s Bōsōzoku culture not only through their criminal activities, but also by painting their motorcycles in vibrant and extravagant liveries, like the one seen here. [Rafael Monterio Bicalho | Instagram] 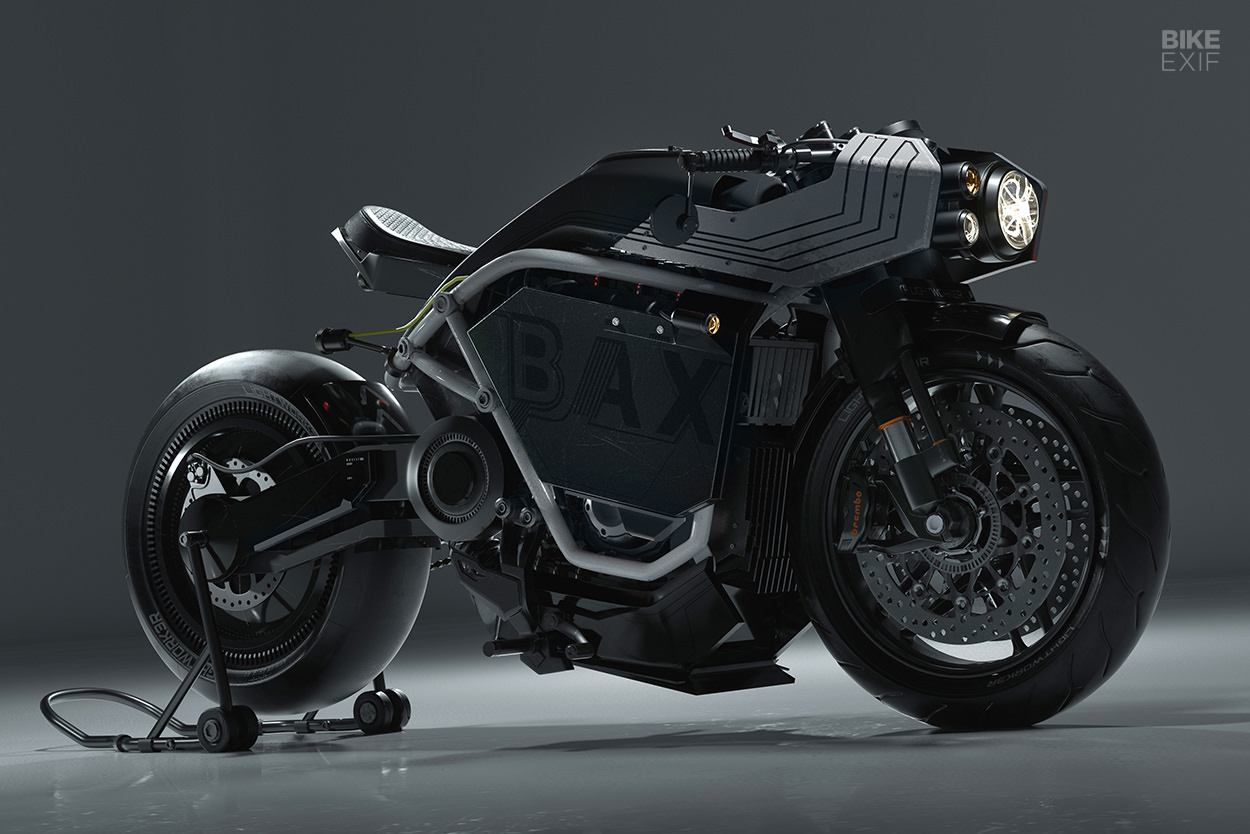 Bax by Shane Baxley In the not-so-distant future, we’re introduced to the BAX Moto MKIII, which single-handedly revives café racer culture; no one saw anything as aggressive or clean with clip-ons. The lines of the BAX Moto MKIII’s body make it look like it’s going supersonic when it’s at a stop. 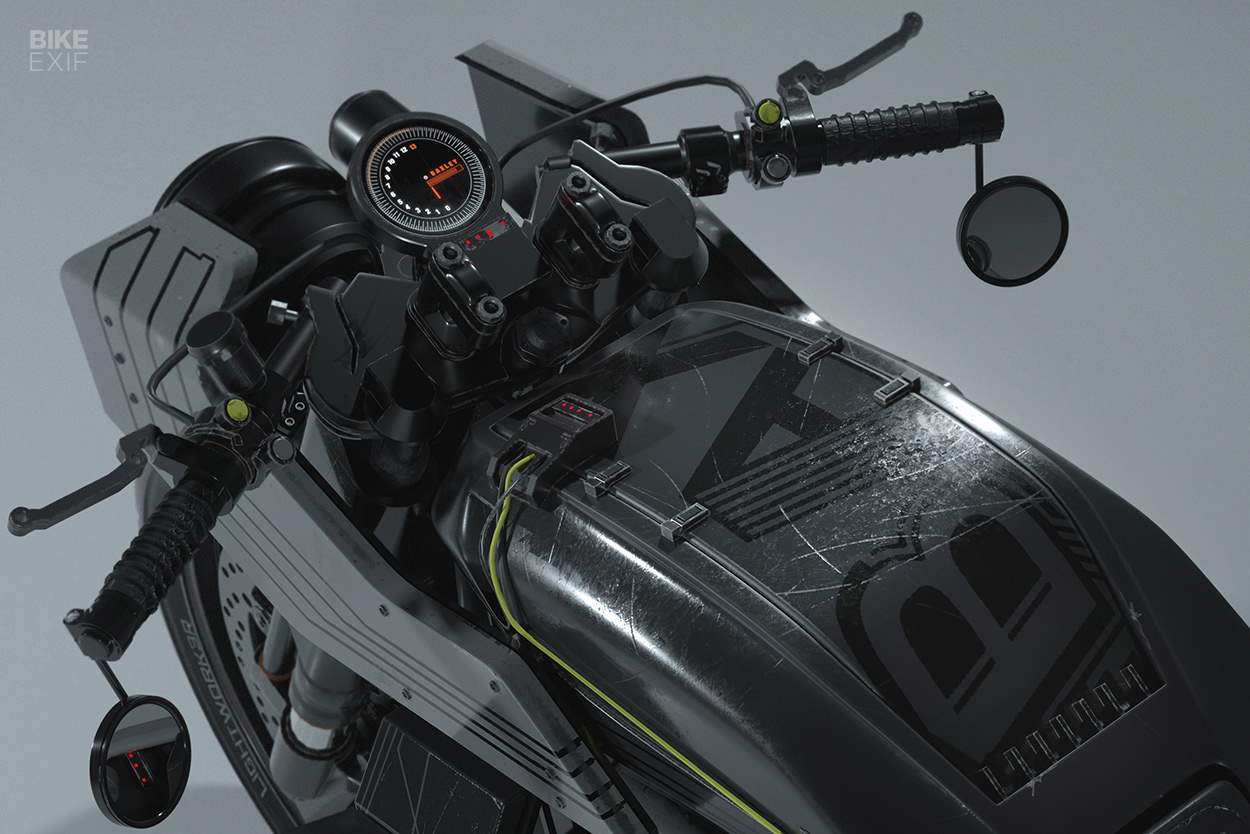 While the front end uses state-of-the-art piggyback suspension, the rear uses a traditional monoshock setup, and Brembo brakes all around. The MKIII runs a race-slick rear tire, but it has a touring front tire so that it can be used daily, and its offset headlights and bold taillights make it hard to ignore at night. [Shane Baxley | Instagram] 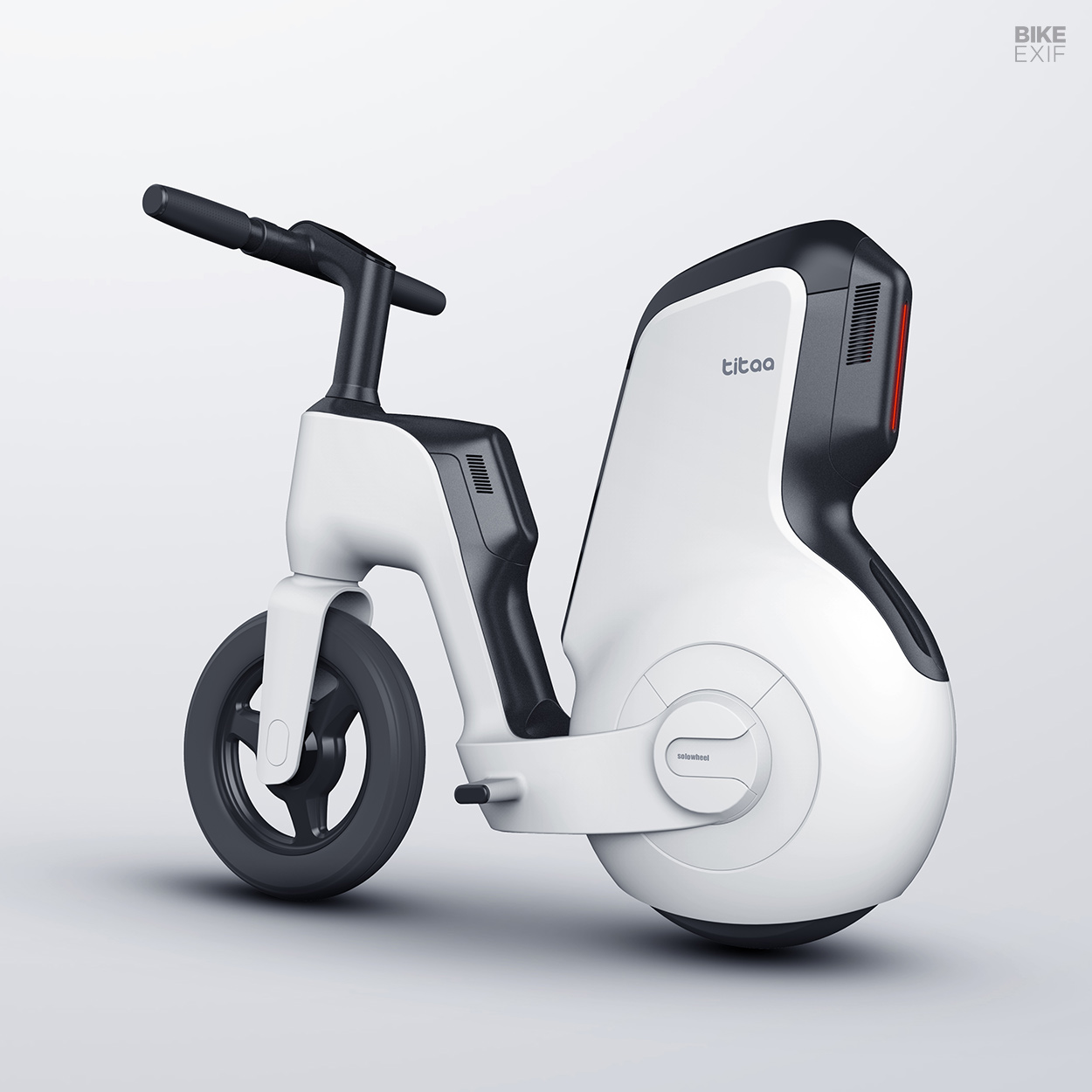 Titaa by Kinson Chan & Rice Mak [Husky Design] An all-electric, two-piece, dual-purpose bike that can be used as a two-wheel moped or as a single-wheel, self-balancing unicycle that functions through somatosensory controls from the rider. 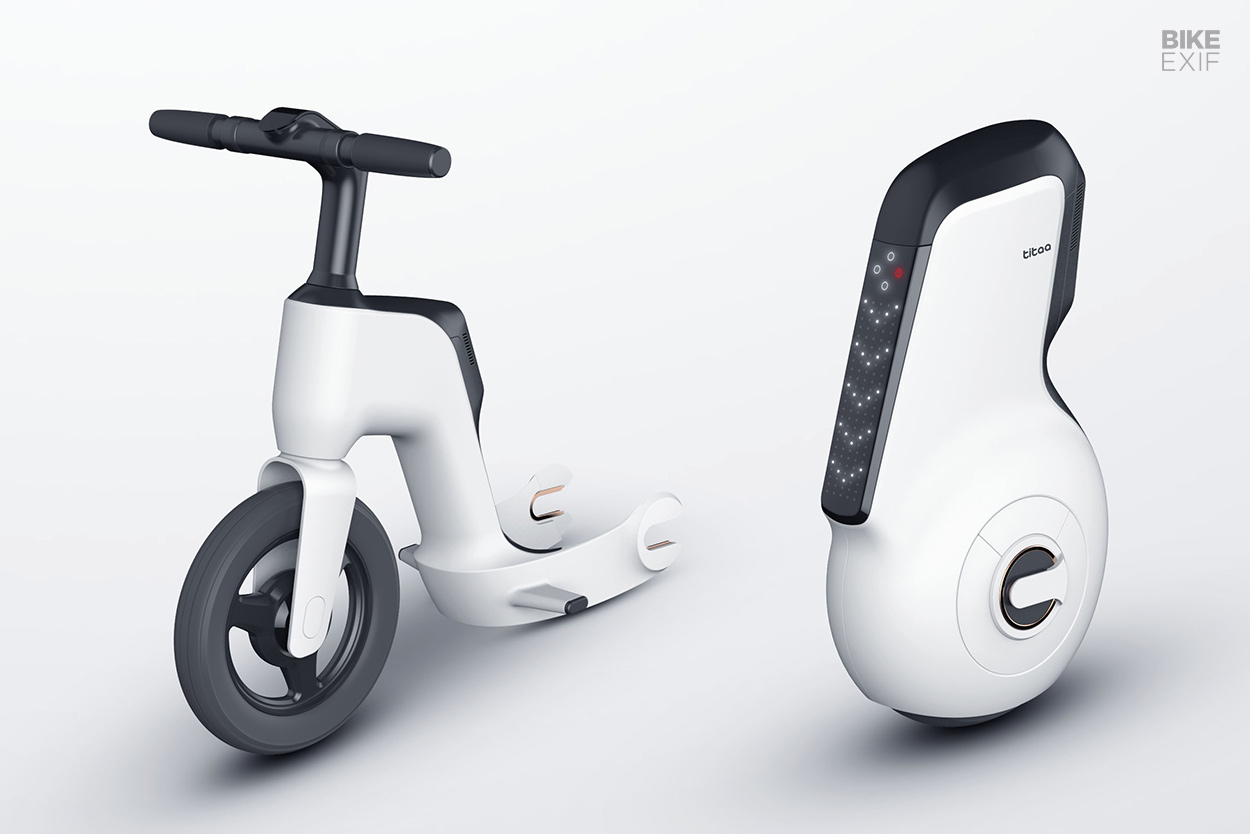 The Titaa’s front frame has fixed foot pegs and features a standalone battery pack to support long-range rides, and via an intuitive coupler, it easily attaches to and disconnects from the unicycle, which has a dedicated battery pack. Hidden foot pads fold out from both sides of the unicycle, which can be ridden sitting down or standing up. [Husky Design] 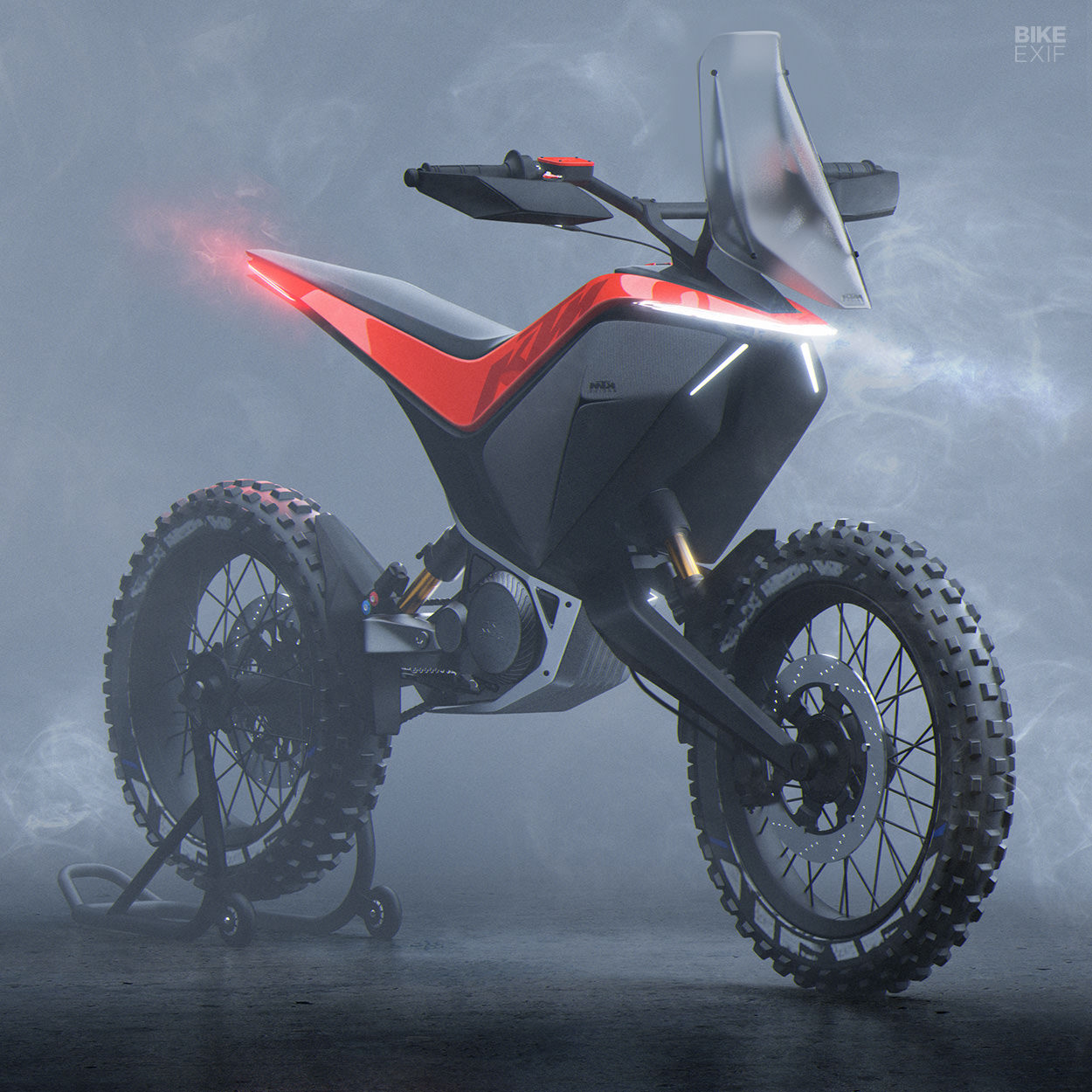 KTM by Julien Lecreux With two opposing mono swing arms, this conceptual KTM adventure bike is meant to take you to the wildest and strangest parts of ‘After Earth.’ The lightweight, nimble motorcycle can traverse any terrain with ease and confidence. 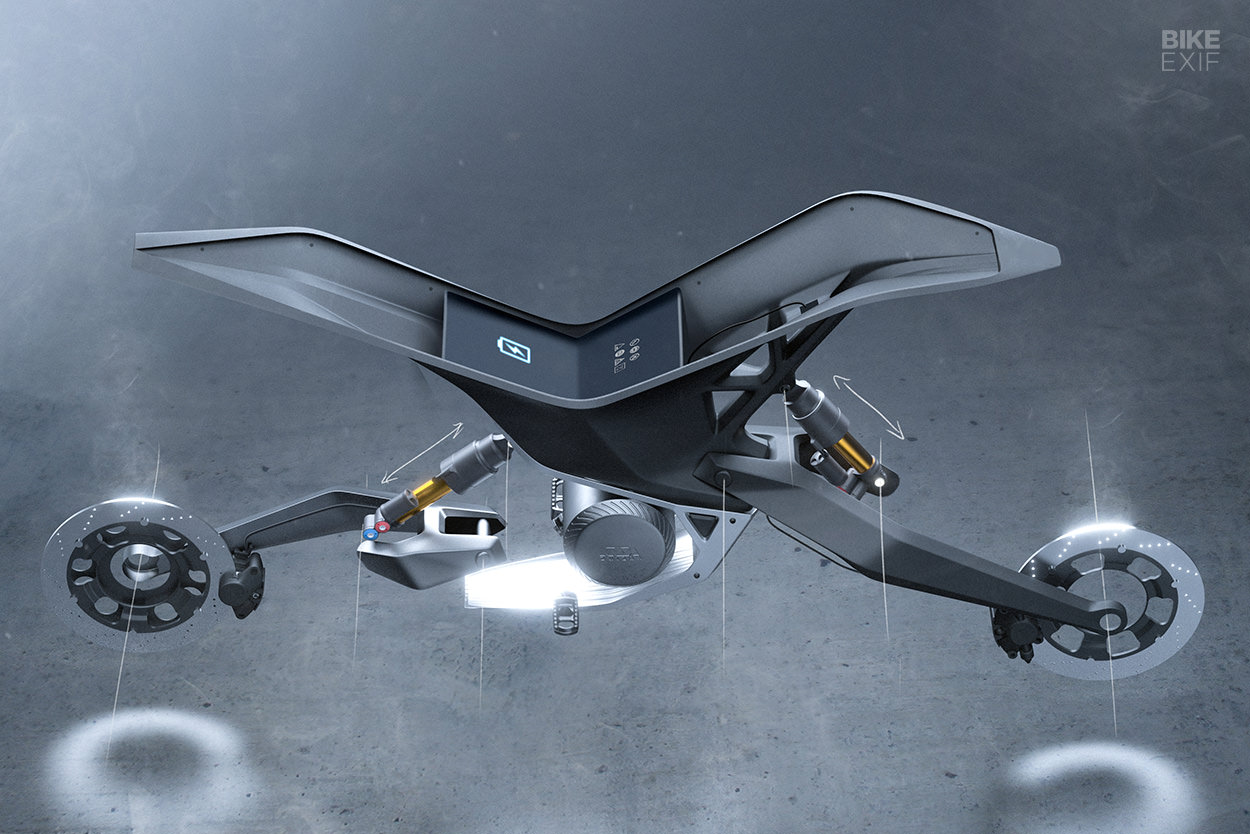 The saddlebags are designed to look like Jerry cans from World War II, and stored inside of them are extra batteries for long-range rides. A heads-up display projects on the windscreen, and there’s a handle on the crest of the bike’s center spine that allows the rider to hold on when going over the most desolate outer lands. [Julien Lecreux | Instagram] 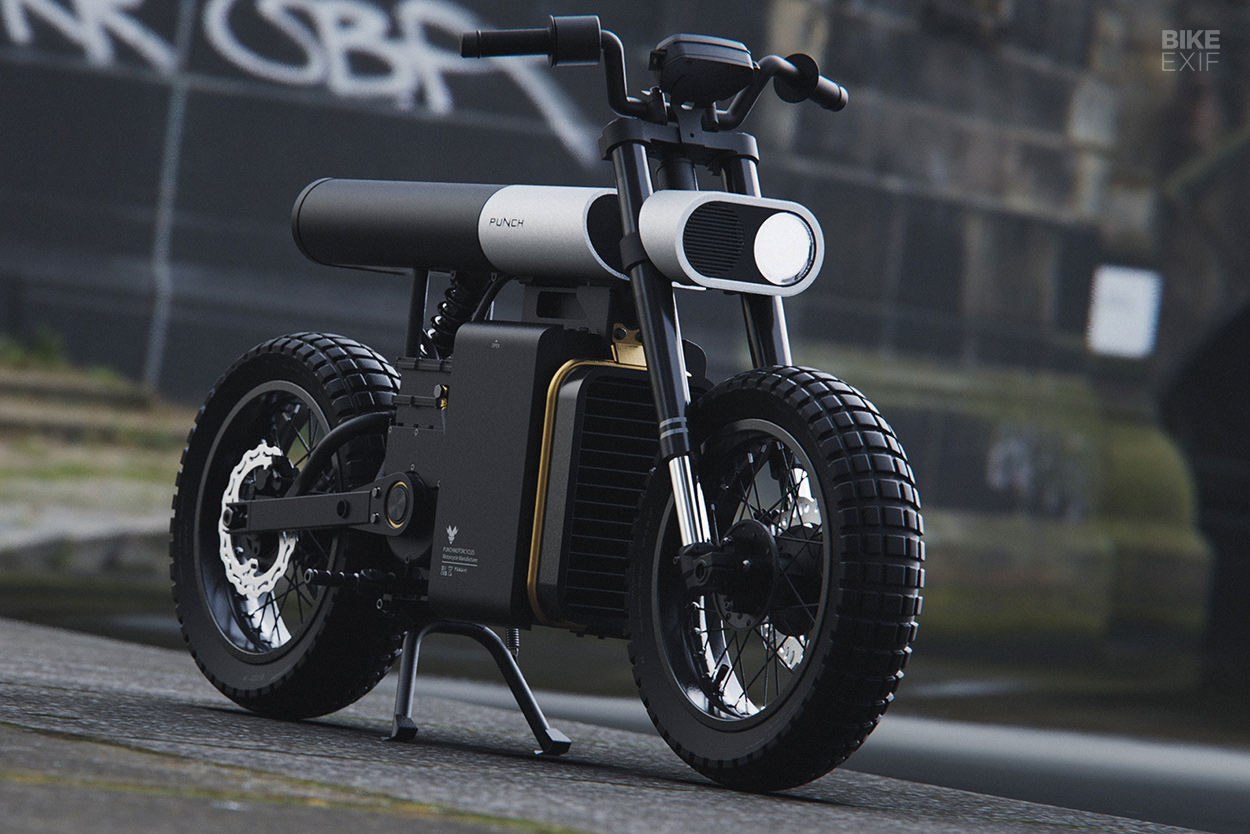 Punch by Artem Smirnov A modern interpretation of the supermotos that ripped through the streets of Paris in the 1980s, the lightweight Punch is a compact electric bike with good ground clearance, long-travel suspension, quick handling and a top speed of 75 mph. 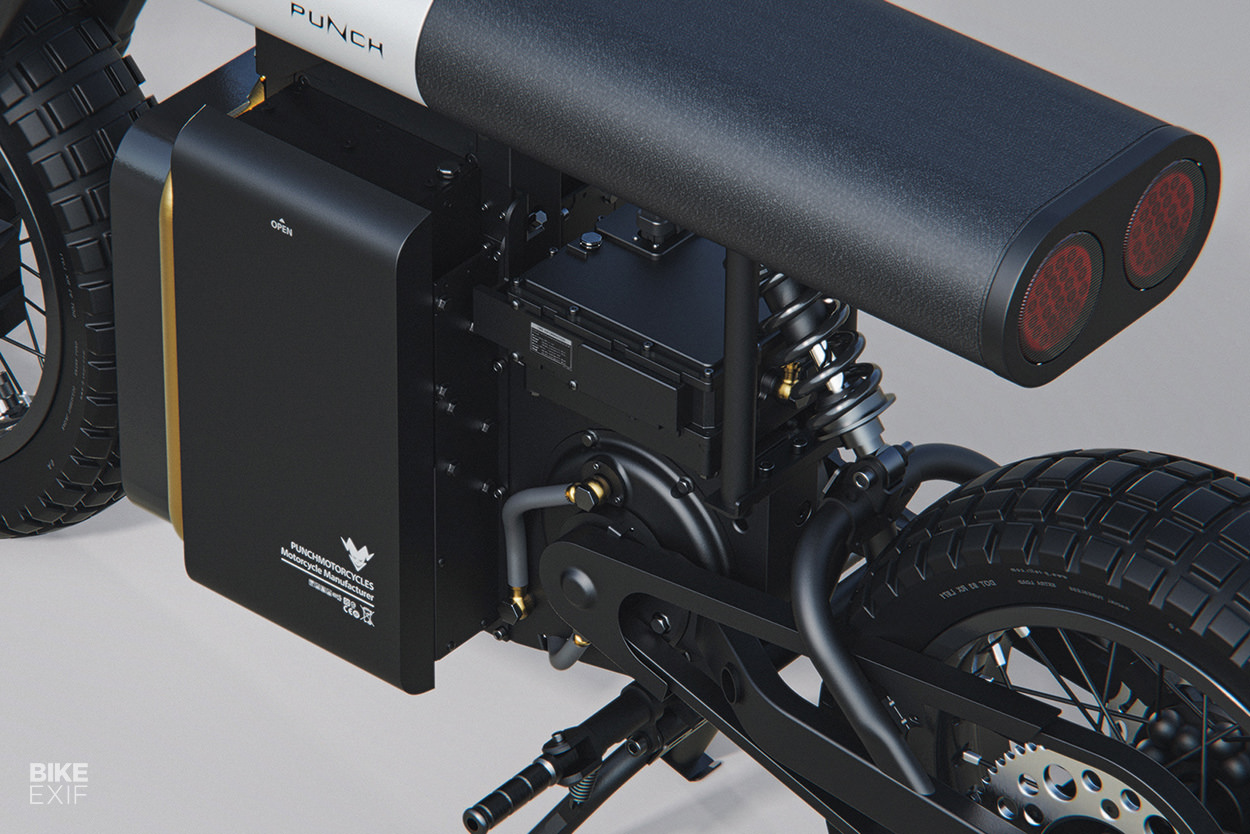 The Punch is most fun when it’s being ridden aggressively through overcrowded city traffic jams, and at the end of the day, the bike’s petite dimensions allow for easy storage inside cramped apartments, while its pair of quick-detach battery packs can be charged on standard outlets. [Artem Smirnov | Instagram] 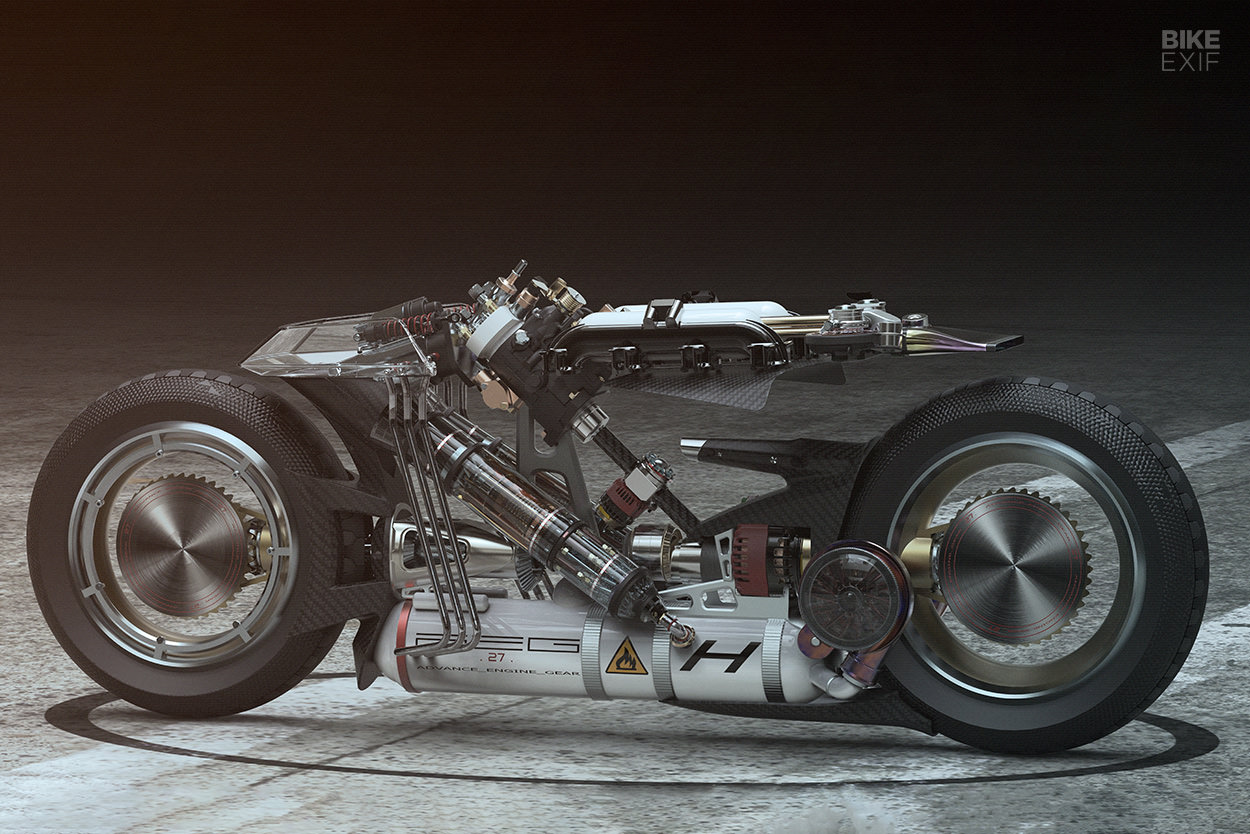 Cern Ninja by Luigi Memola [EPTA Design] Orbiting the planet is a large satellite civilization known as ‘Callisto,’ which is the product of two asteroids that collided just outside of Earth’s atmosphere. On that satellite, high-performance jet motorcycle racing is one of the fastest-growing sports. 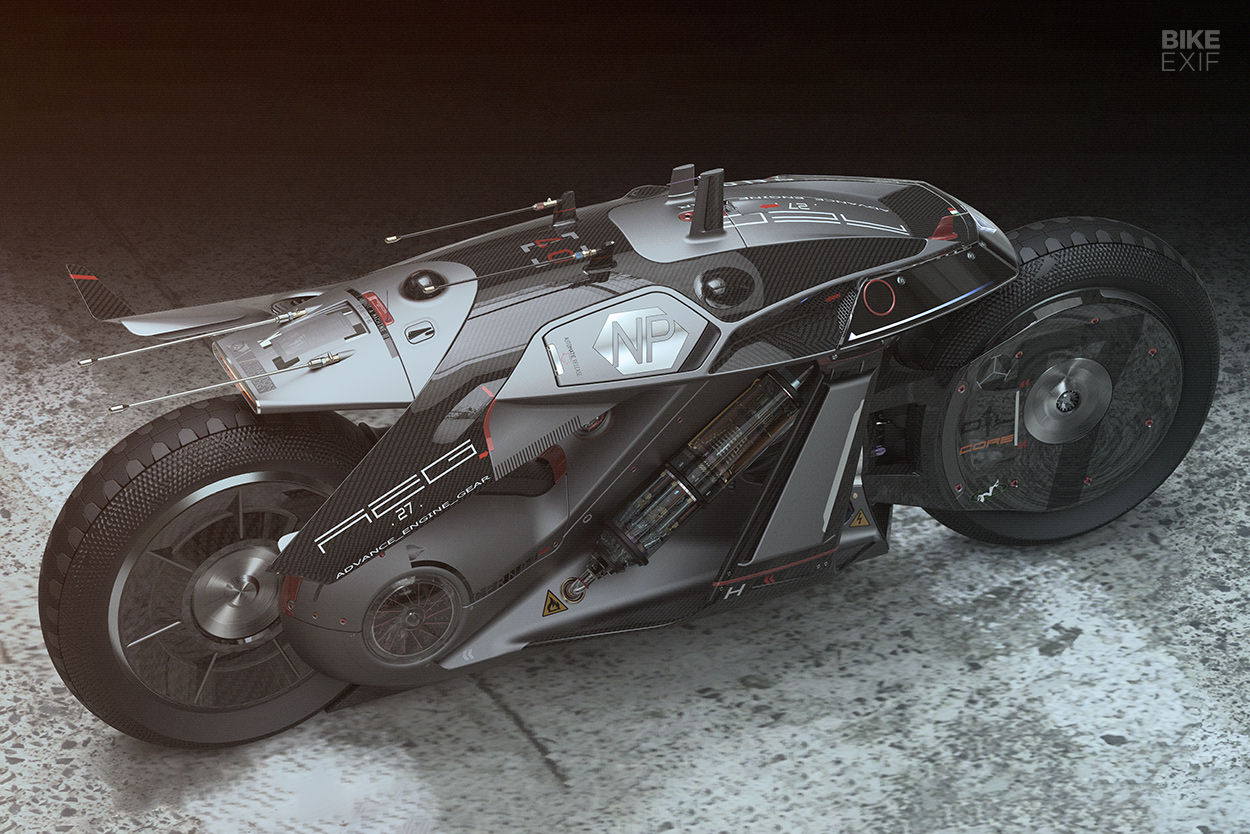 The best bike in the paddock is the ‘Compressed Engine Reactor Nucleo (CERN),’ which is a powerful, 600-pound jet-powered motorbike with electromagnetic suspension that’s capable of producing up to four Gs of force. Human riders were outlawed because their flesh-and-blood selves couldn’t handle the pressure, so they’re now replaced by remote-controlled avatars. [EPTA Design | Instagram] 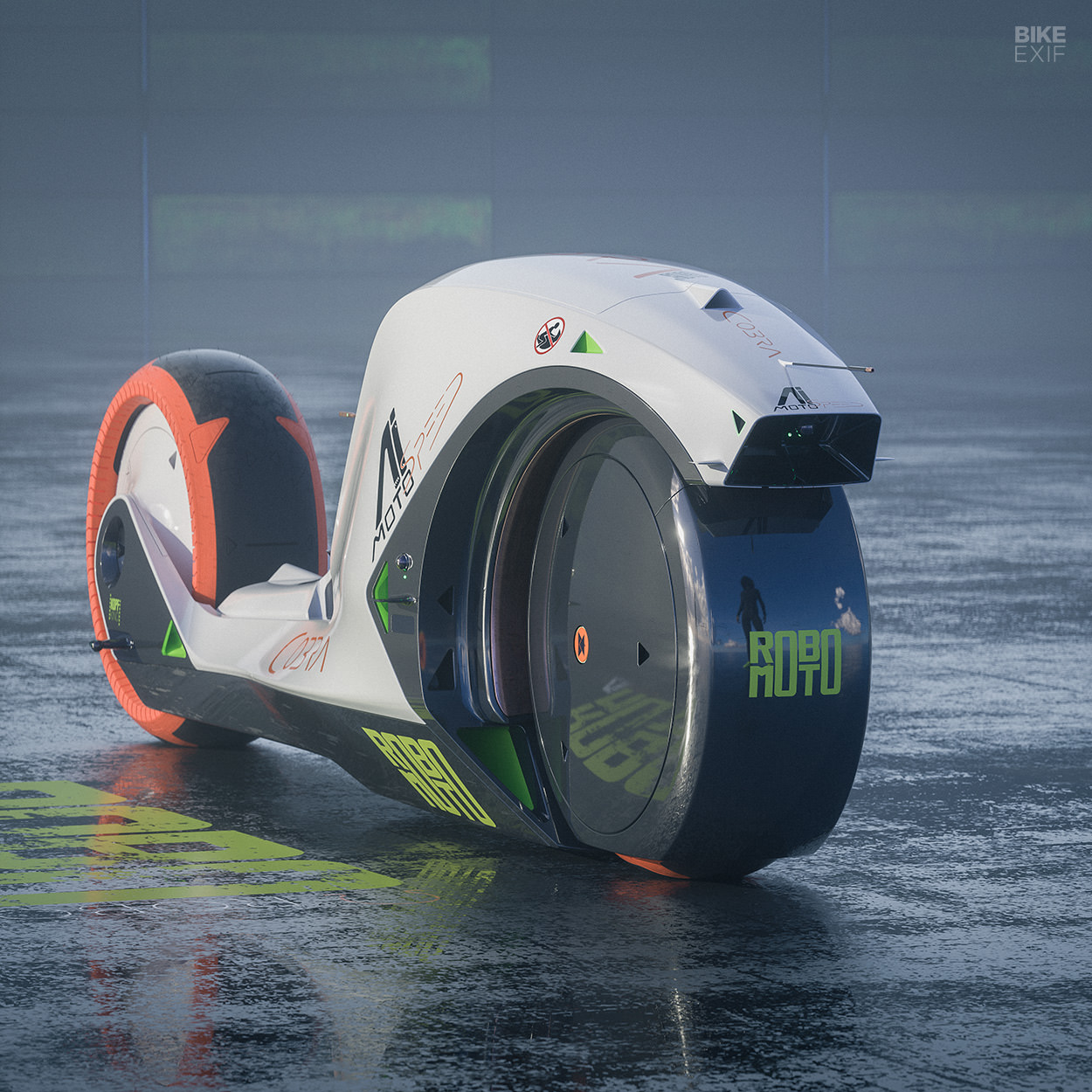 Cobra by Christian Grajewski The year is 2036, and autonomous vehicles, artificial intelligence and the so-called ‘Metaverse’ have taken over our everyday lives. The most popular motorsports, ‘ROBO MOTO AI,’ is a street racing event where humans compete alongside the most advanced AI-controlled motorcycles. The controlling human and the motorcycle are symbiotic—like the relationship between dogs and humans. 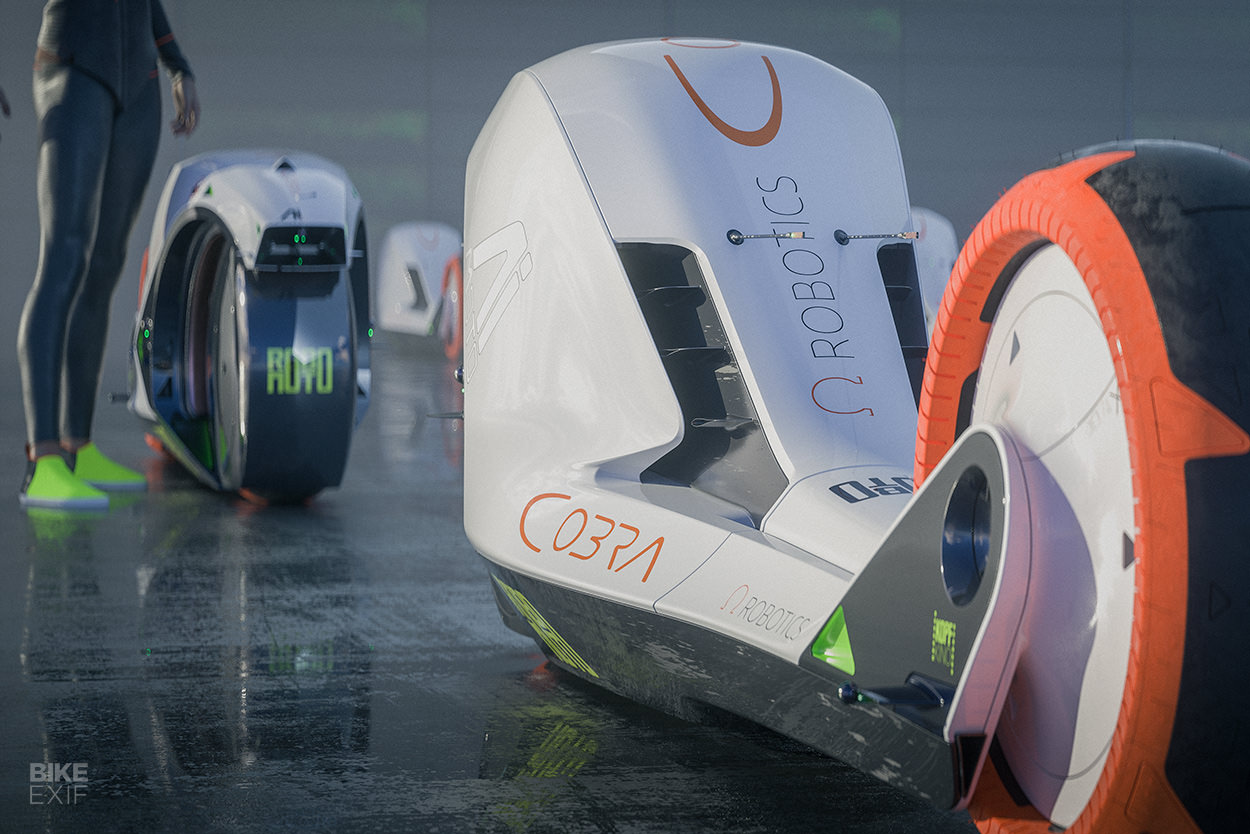 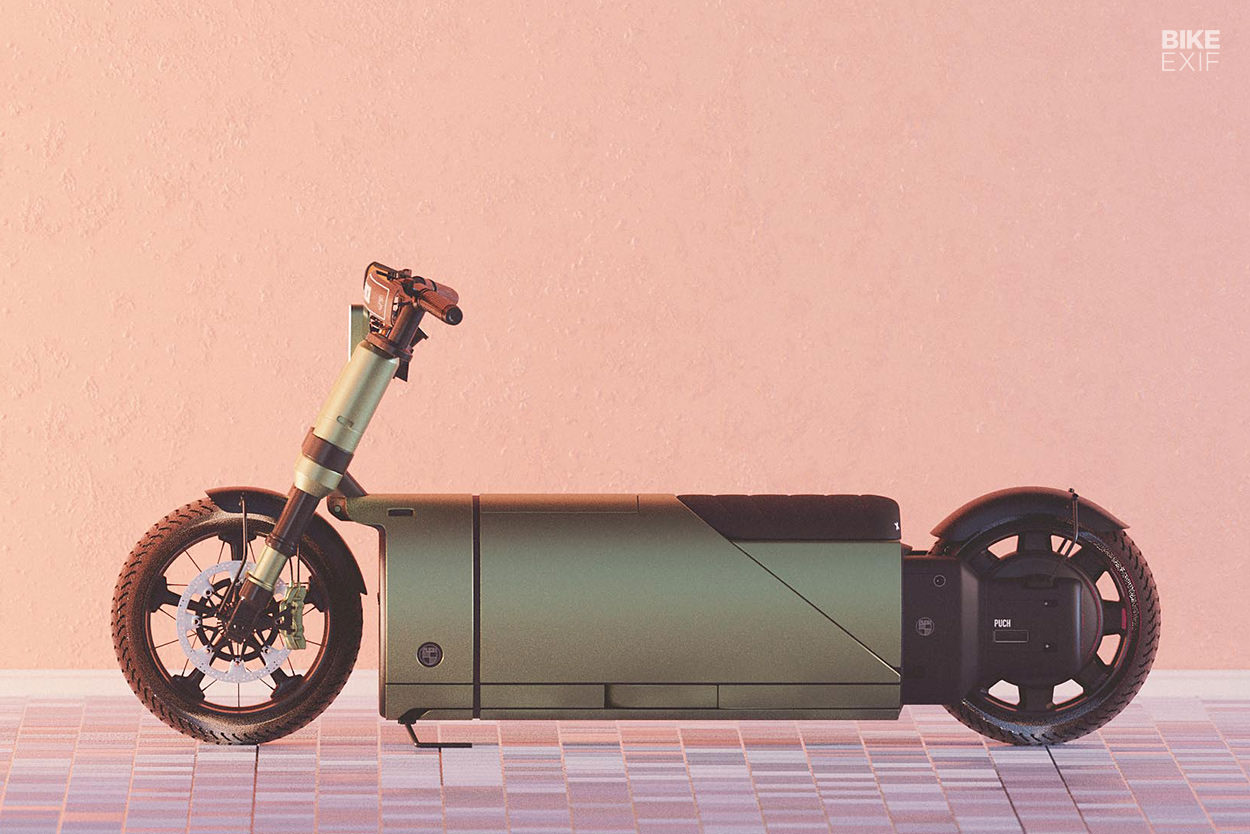 Puch by Christoph Sokol A modern reimagining of the 50 cc Puch Maxi introduced in the 1970s, the all-electric Puch e-Maxi is an urban moped with a fixed battery, removable power bank and range extender. An onboard artificial intelligence system anticipates the need to turn on the range extender or swap out a depleted power bank, which can be exchanged at any number of locations. 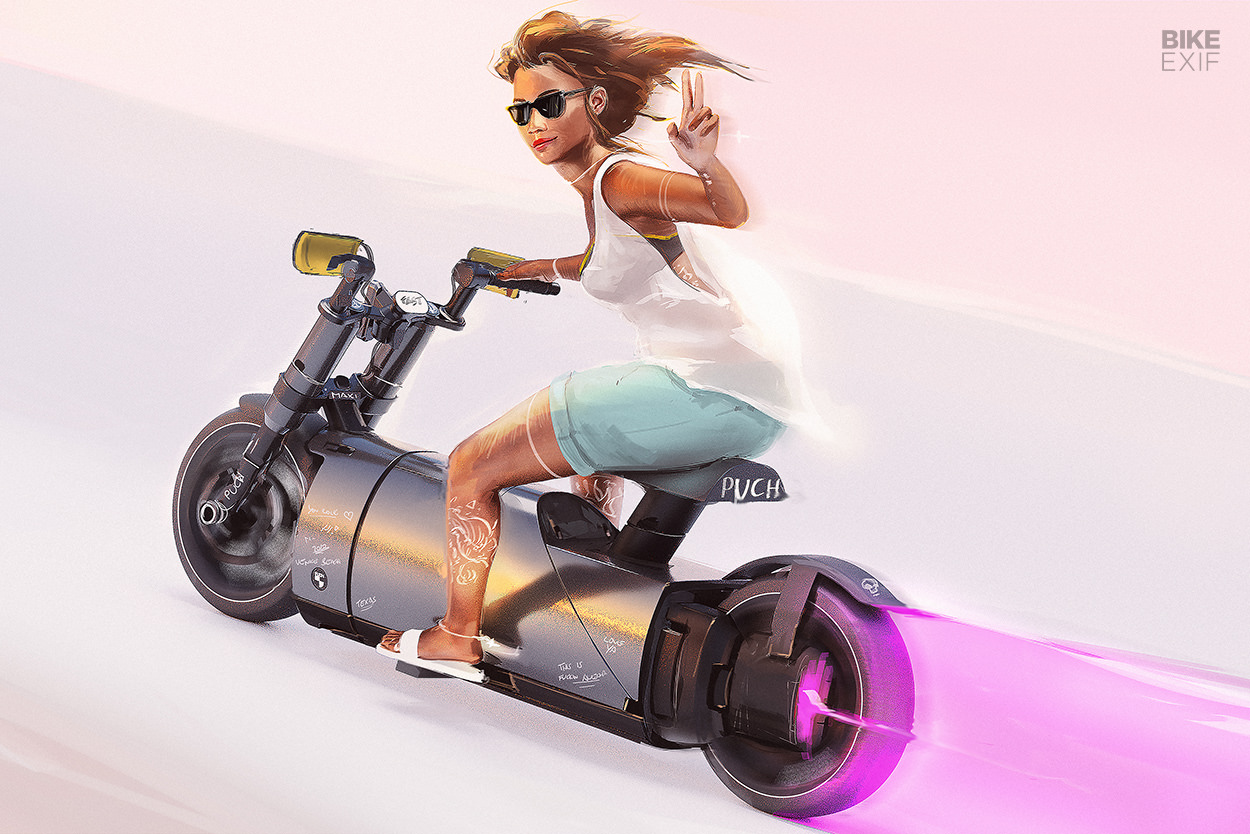 The seat is height adjustable but automatically retracts when not in use, and there’s an optional onboard screen to integrate with all available operating systems. [Christoph Sokol | Instagram] 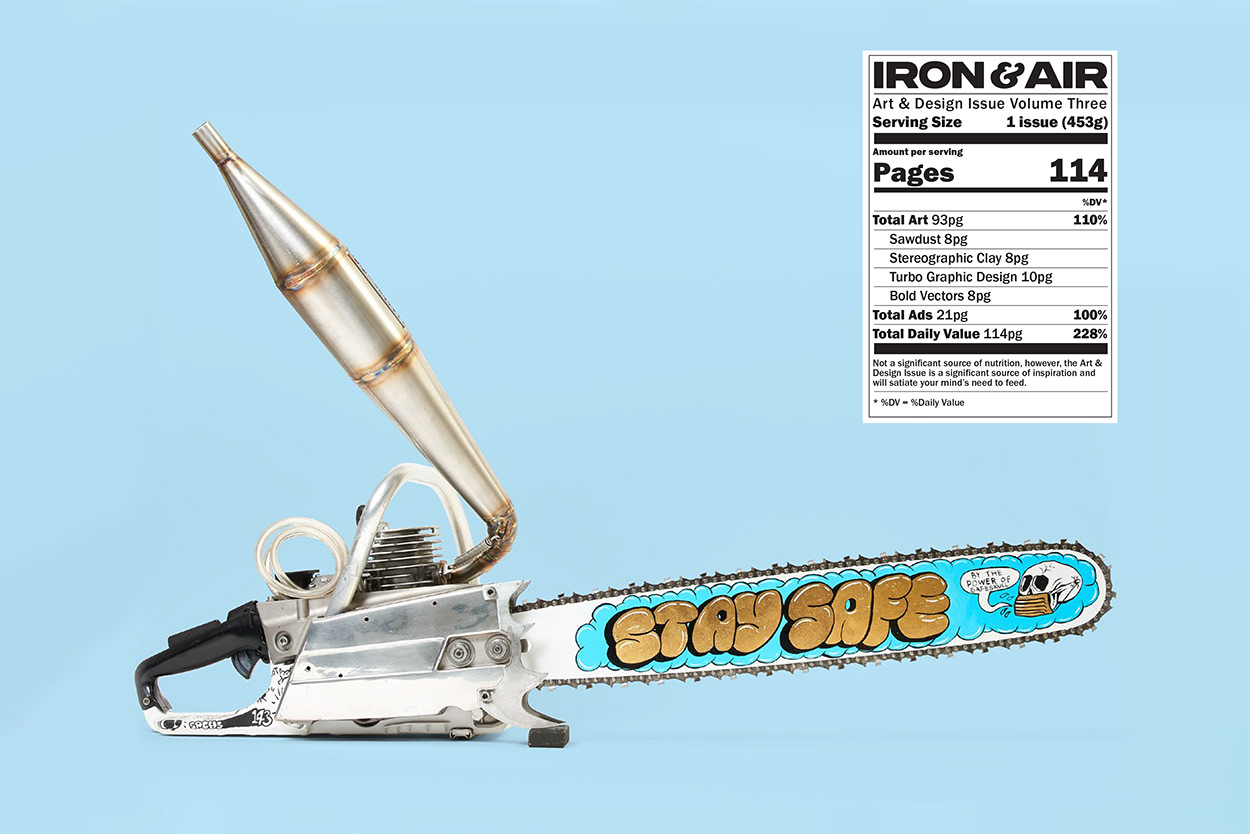 Disclaimer: As these are only hypotheses of what could come, the vehicles shown have no official affiliation with any brands represented.