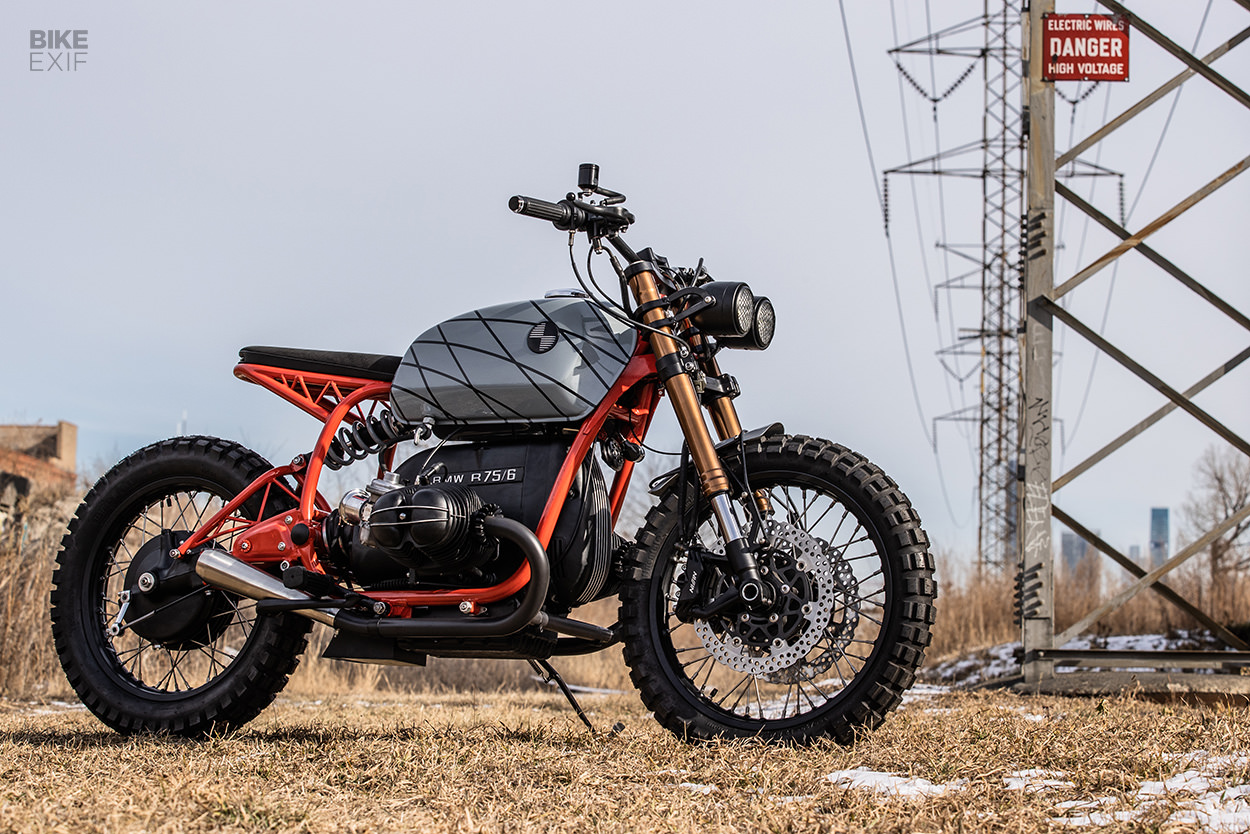 Most customers approach a bike builder with a firm idea of what they want, armed with fat binders of photos and sketches acting as inspiration. But the most interesting builds come from people like the owner of this old Beemer—who wheeled it into Federal Moto’s workshop and said “have at it.”

And that’s quite the compliment, given the owner of the 1974-model BMW R75/6 was pretty damn attached to it. It was recently inherited from his late father, who punted the vintage boxer twin around his home town of Hannibal, Missouri for decades. 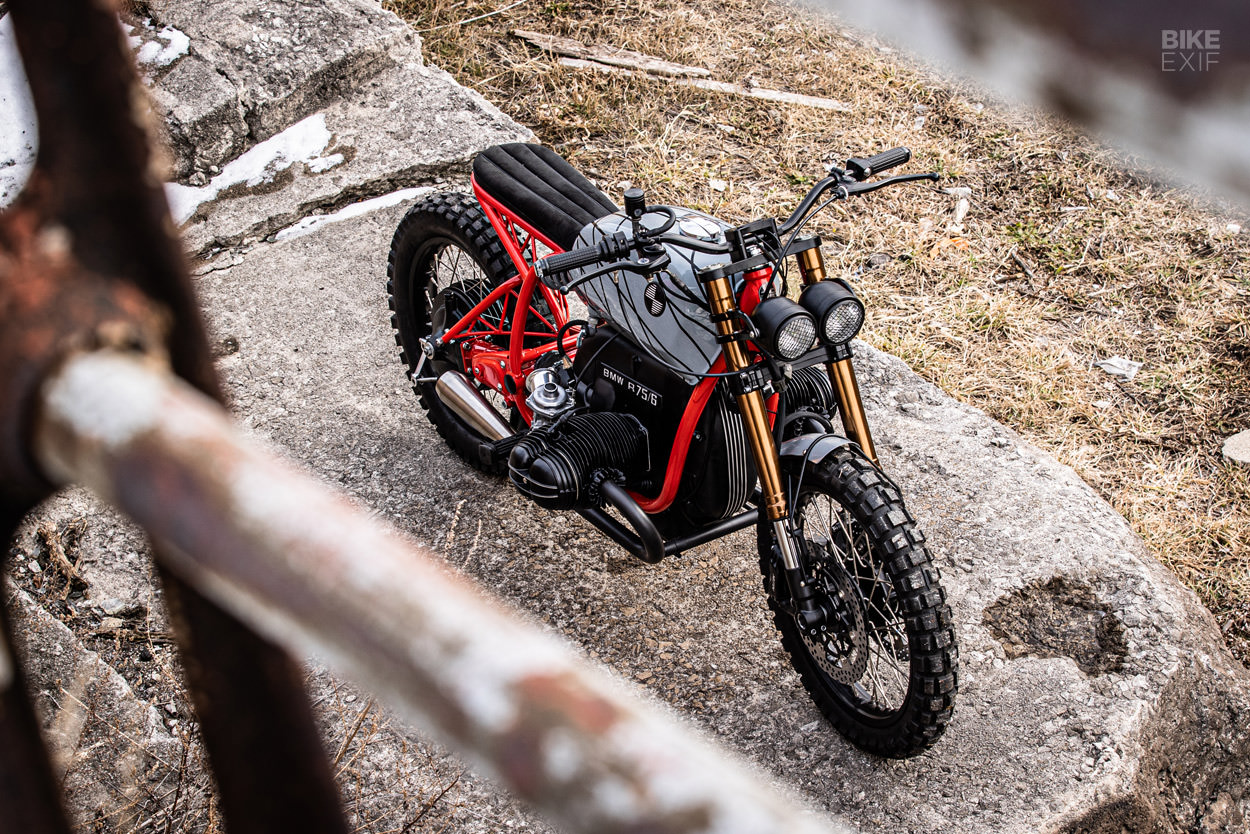 “The customer knew he wanted to customize it and keep his dad’s legacy alive,” Federal’s Mike Muller says. “While searching for a shop that could do the work, he stumbled across us and reached out”.

No doubt the decision was kicked along by Federal Moto’s reputation as a go-to builder in the Chicago area. So the owner made the five hour drive up to their West Loop workshop for a chat. 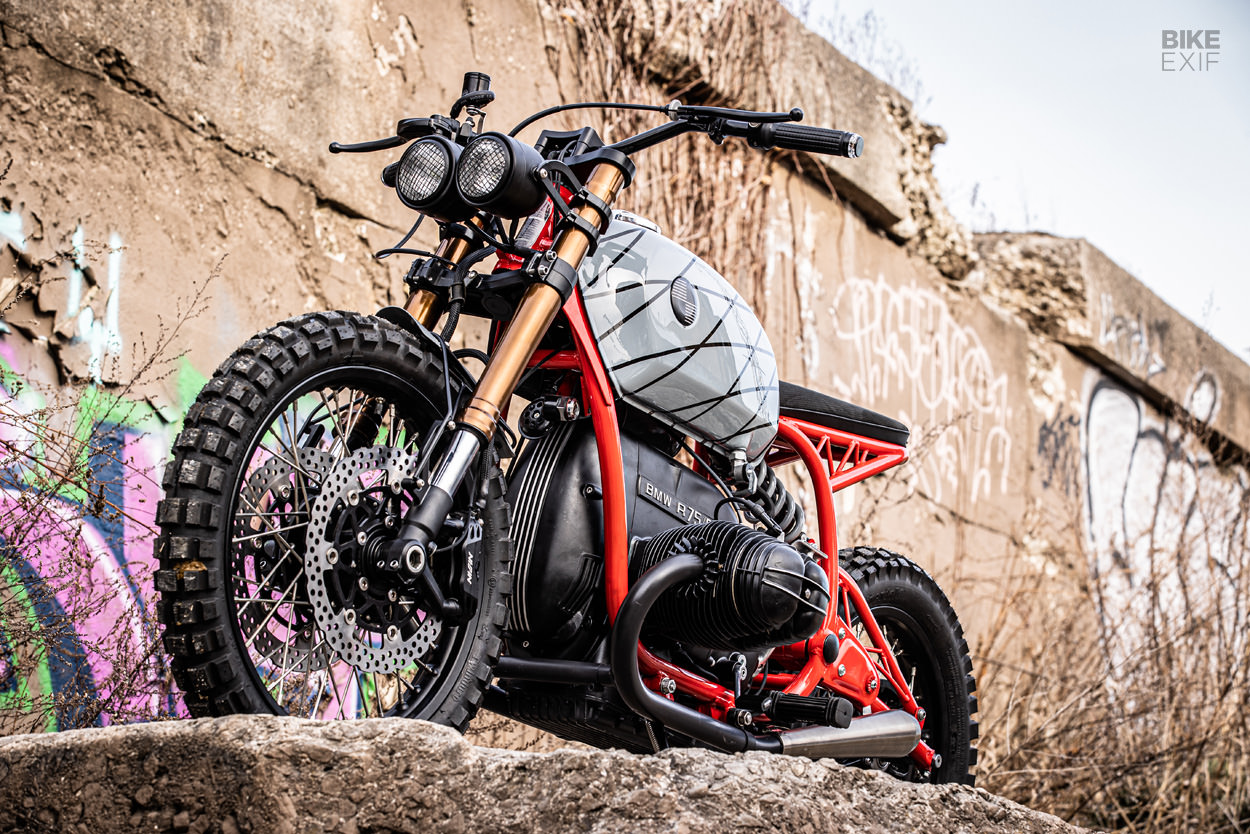 “We had a few beers and the deal was done,” Mike says. “And to help with the price he actually owns a tattoo shop in Hannibal called Two Fathoms tattoo. So to offset some costs, we traded work!”

And as for the design of the BMW itself? “He wanted the bike to be a total surprise. No direction was given on what he wanted the final bike to look like.” Mike and the team were elated. “Our dream had come true: finally a client that doesn’t want black on black on black.” 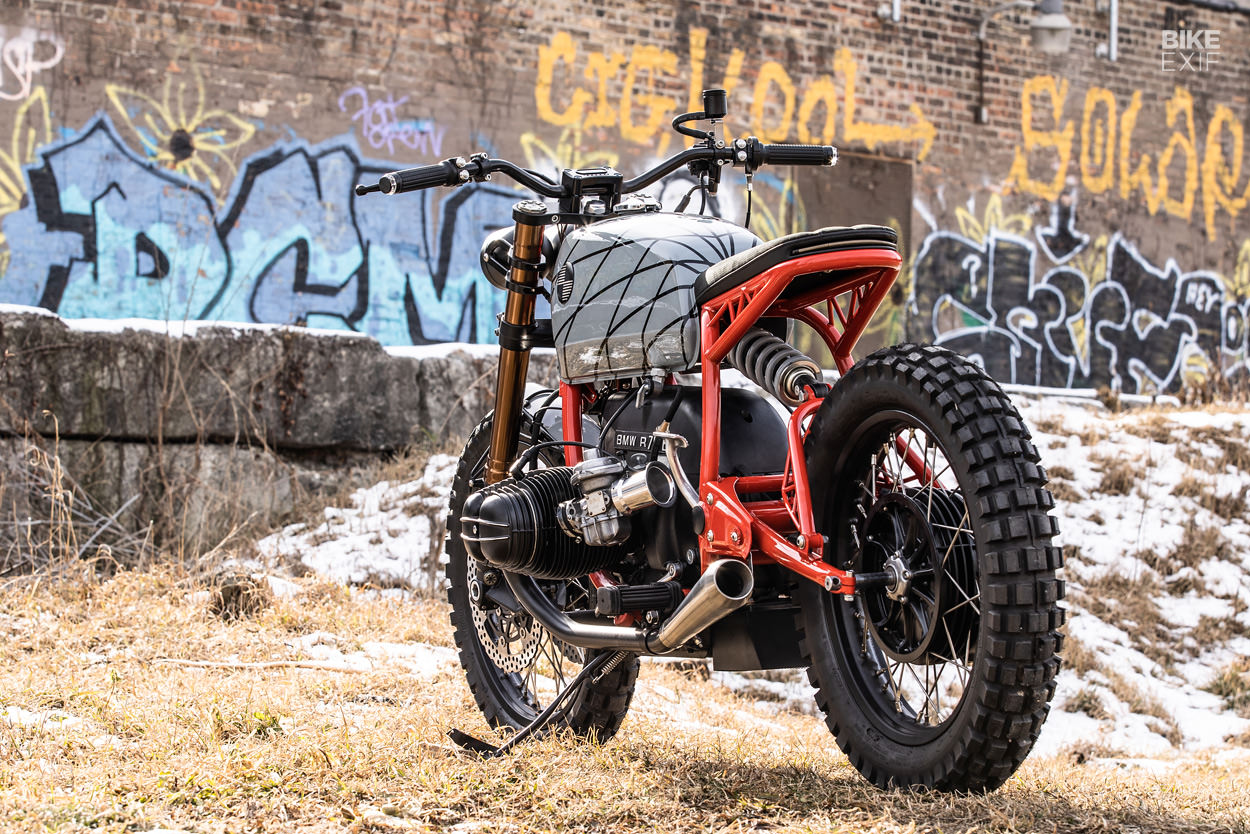 Although a relief, it’s clear why so many customers are reluctant to deviate from Federal Moto’s textbook style. While their portfolio takes in all years and marques, it’s their near-patented super clean 70s and 80s revamps that really get our hearts racing. But they wanted to do something really special for the R/75.

“The customer’s tattoos include a lot of line work and patterns and colors,” Mike says. “So I knew splashes of color and some geometric patterns would be rad.” 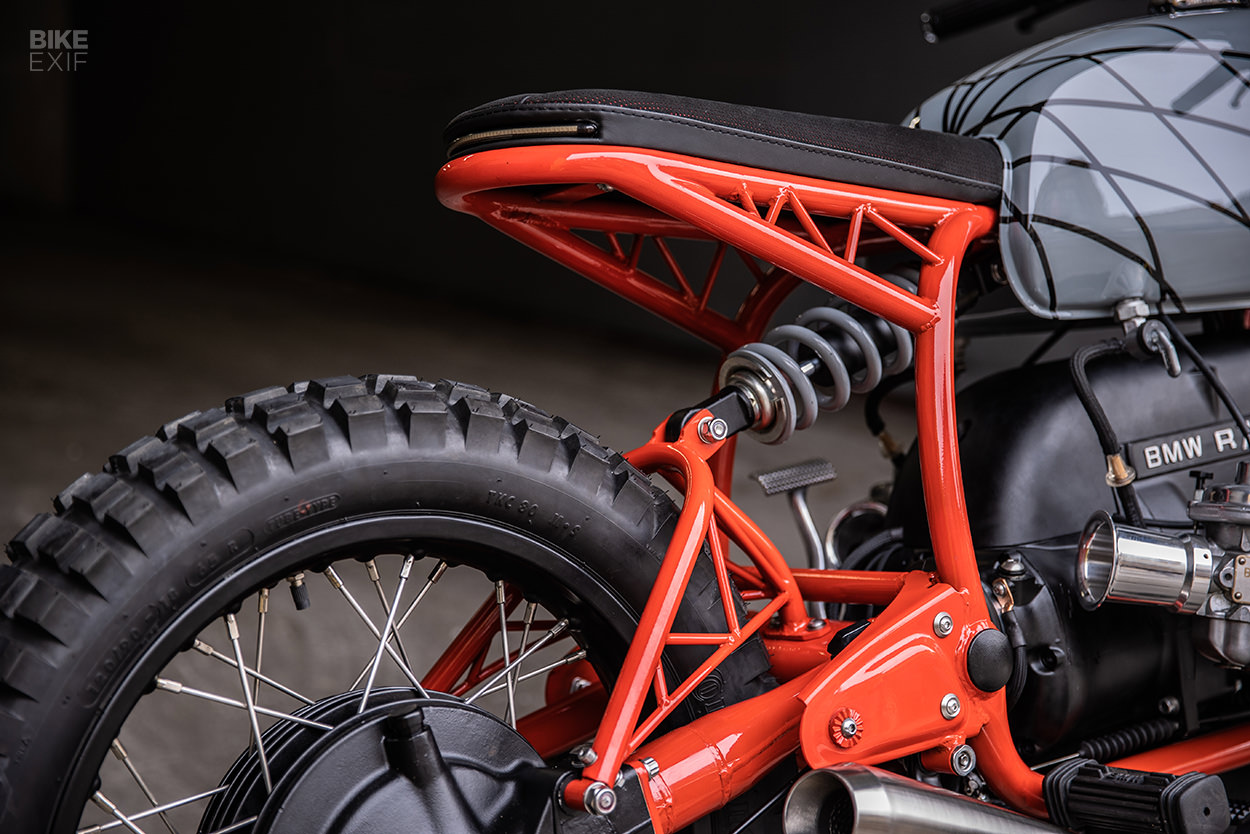 Federal Moto crafted a trellis subframe to match the strong angles that dominate much of Two Fathoms’ designs. At the back end, the swingarm was converted to a single-shock setup, with a Showa unit keeping the rear under control.

It’s some great fabrication and design, that shows the team really pays attention to their clients. 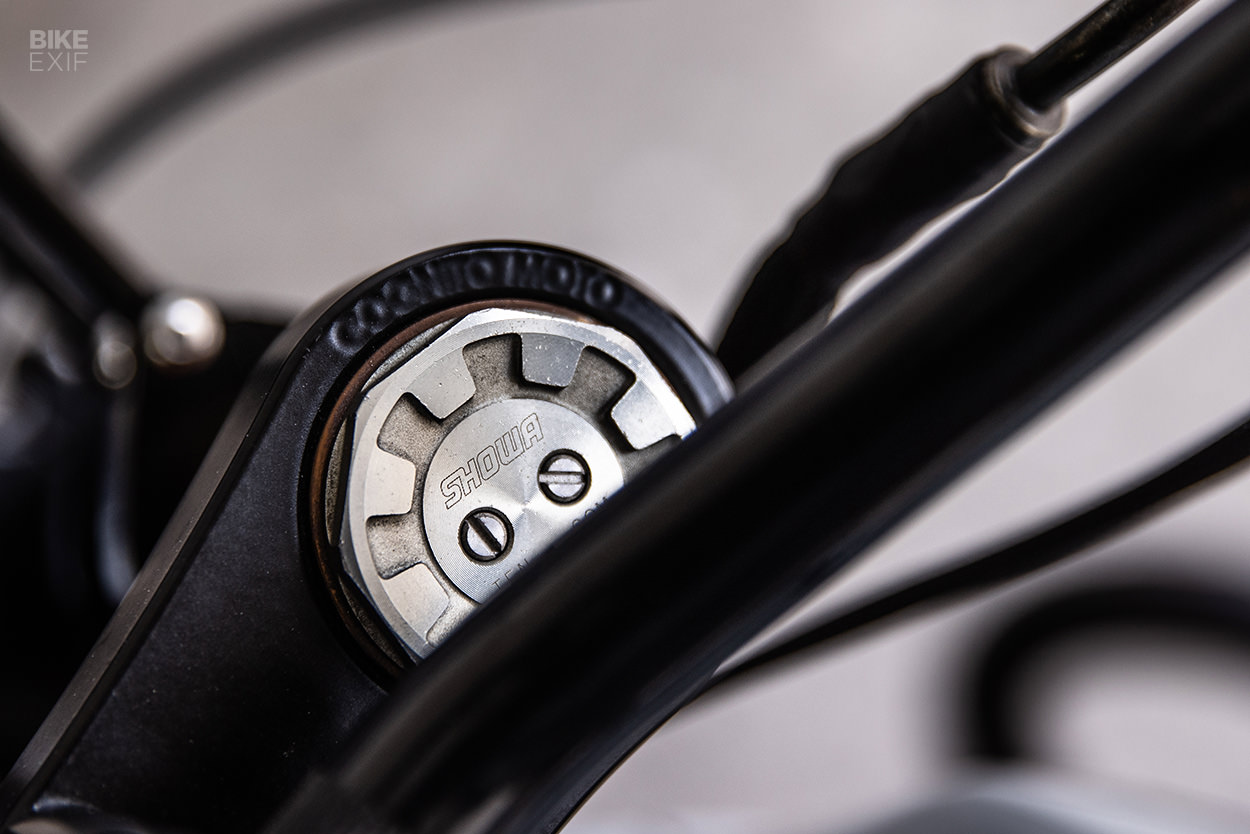 There’s Showa suspension at the front too, with the R75/6 sporting a pair of freshly-rebuilt and bronze anodized Kawasaki ZX6-R forks. They’re held in place by Cognito Moto’s gorgeous stem conversion kit, replete with billet triple trees and a new front wheel hub.

The wheels have been powder coated and fitted with stainless steel spokes. And stopping power has been bolstered with new discs and brake lines, and a Brembo master cylinder. 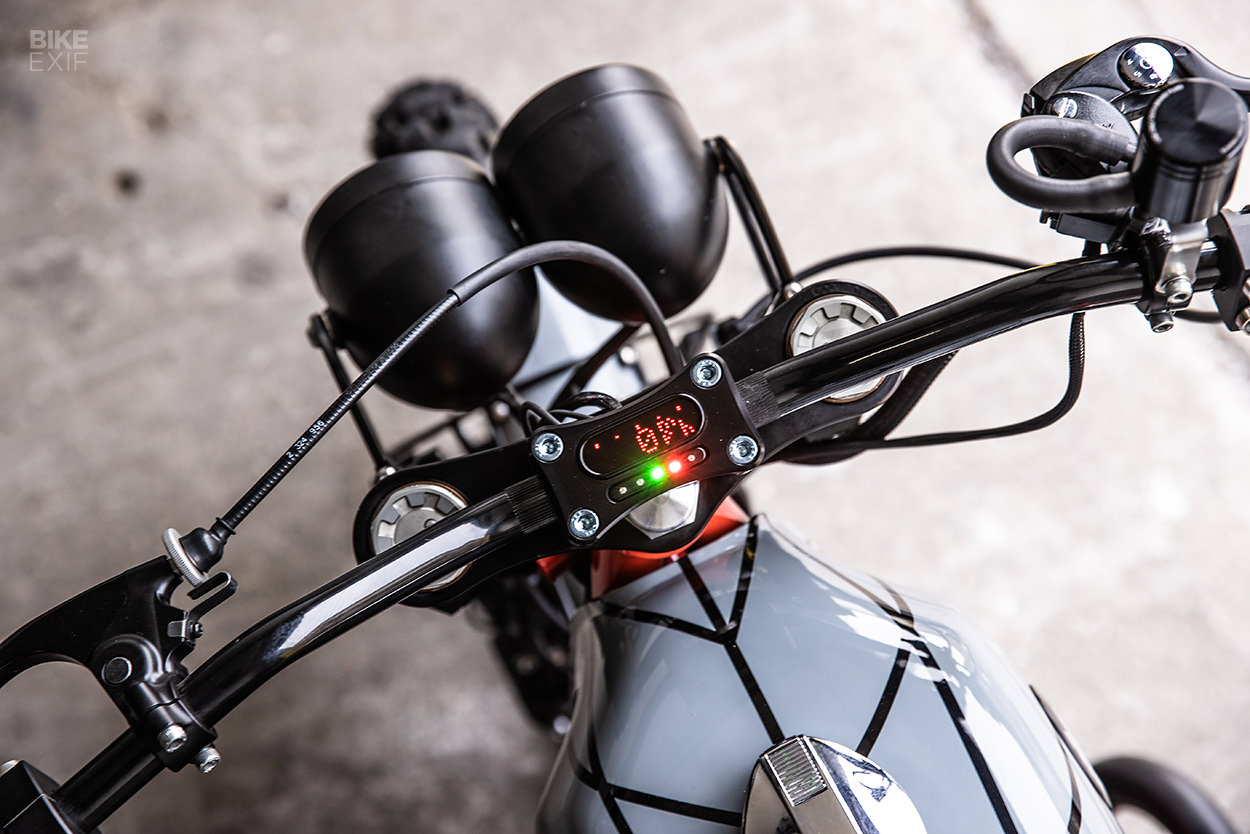 The high-end component fit-out continues with a Cognito Moto gauge bracket and risers. The mirrors, bar end turn signals, grips, mini-gauge and idiot lights all come via the teutonic gods of all things sleek and electrical: Motogadget.

The rest of the electronics weren’t spared either, with the wiring harness being rebuilt, and then run through a Motogadget mo.unit. A new stator, starter motor, Lithium-ion battery and digital ignition system ensure the R75/6 loses none of its reputation for turn-key reliability. 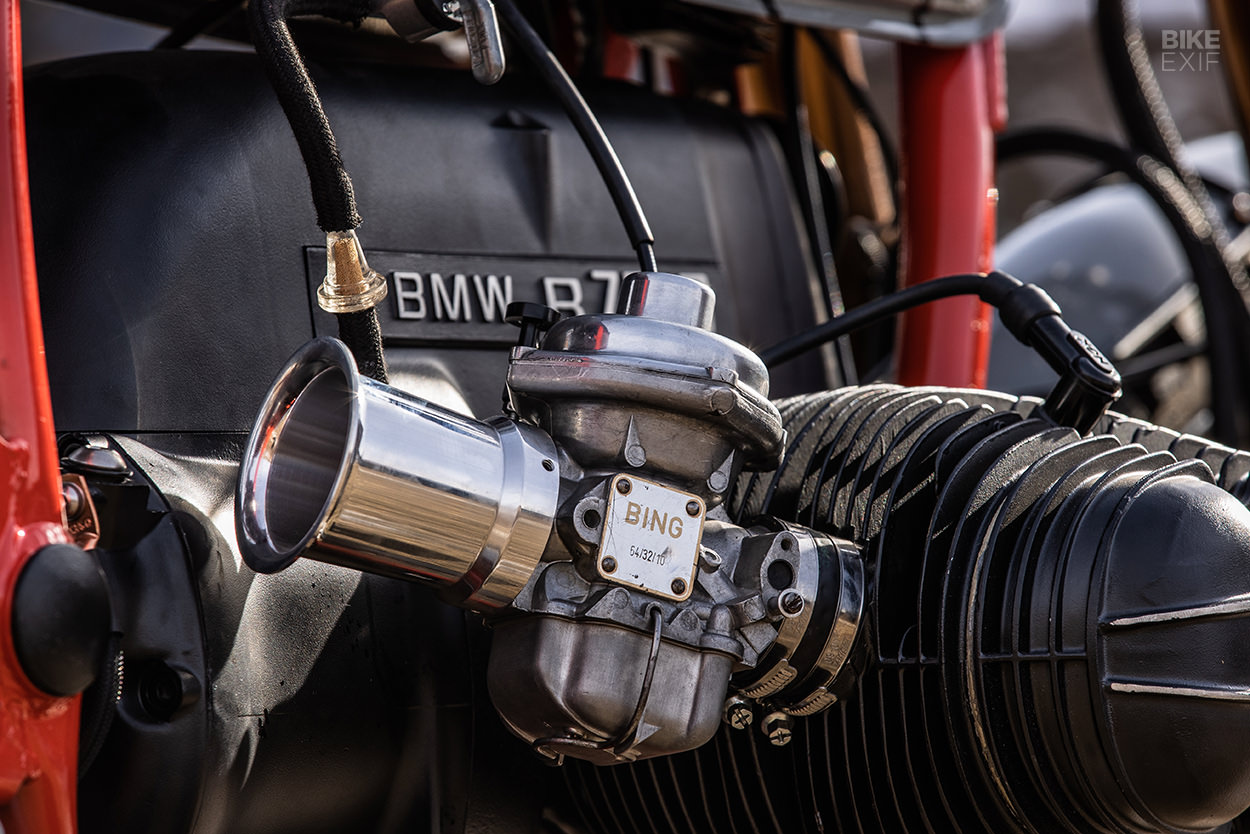 Mechanically, the BMW was also due for some attention. The top end was rebuilt, as well as the final drive and the carbs, which now suck air through aluminum velocity stacks with brass screens. The engine and headers were Cerakoted, and the cooling fins hand polished back to bare alloy.

Hand-rolled fenders, and an integrated LED taillight and turn signal combo, round out the lines of Federal Moto’s eighteenth complete build. The colors were laid down by NSD Paintwerks, while the suede seat was stitched together by the virtuosic Dane Utech, of the hilariously well-named PlzBSeated. 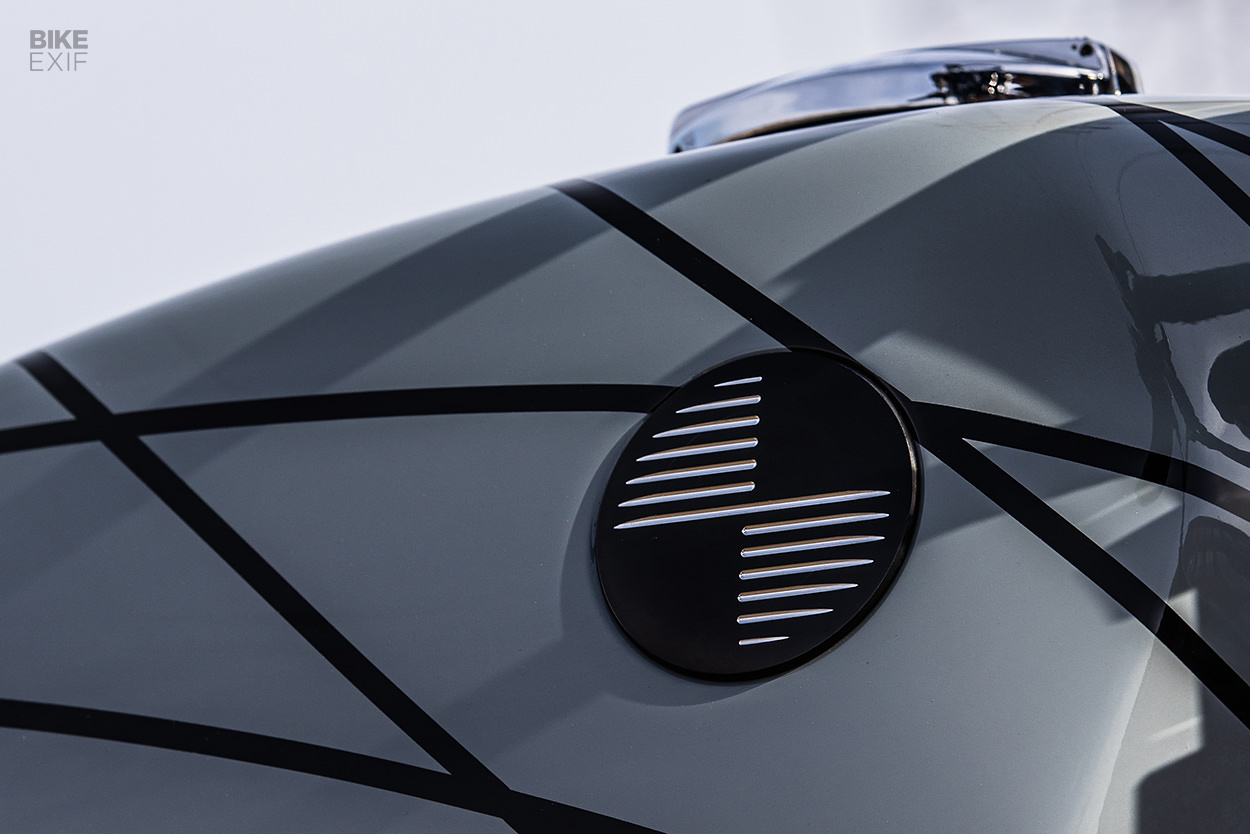 Nicknamed ‘Hannibal,’ the completed build is a perfect mix of performance, reliability, and genre-defying looks that have really allowed the team at Federal Moto to flex their design muscles.

Mike couldn’t wait to see the owner’s reaction. “When it finally came together, our Spidey senses were tingling,” he laughs. “When we drove down to deliver it to him, he immediately hopped on and disappeared down the winding Mississippi roads, and probably hasn’t stopped since.” 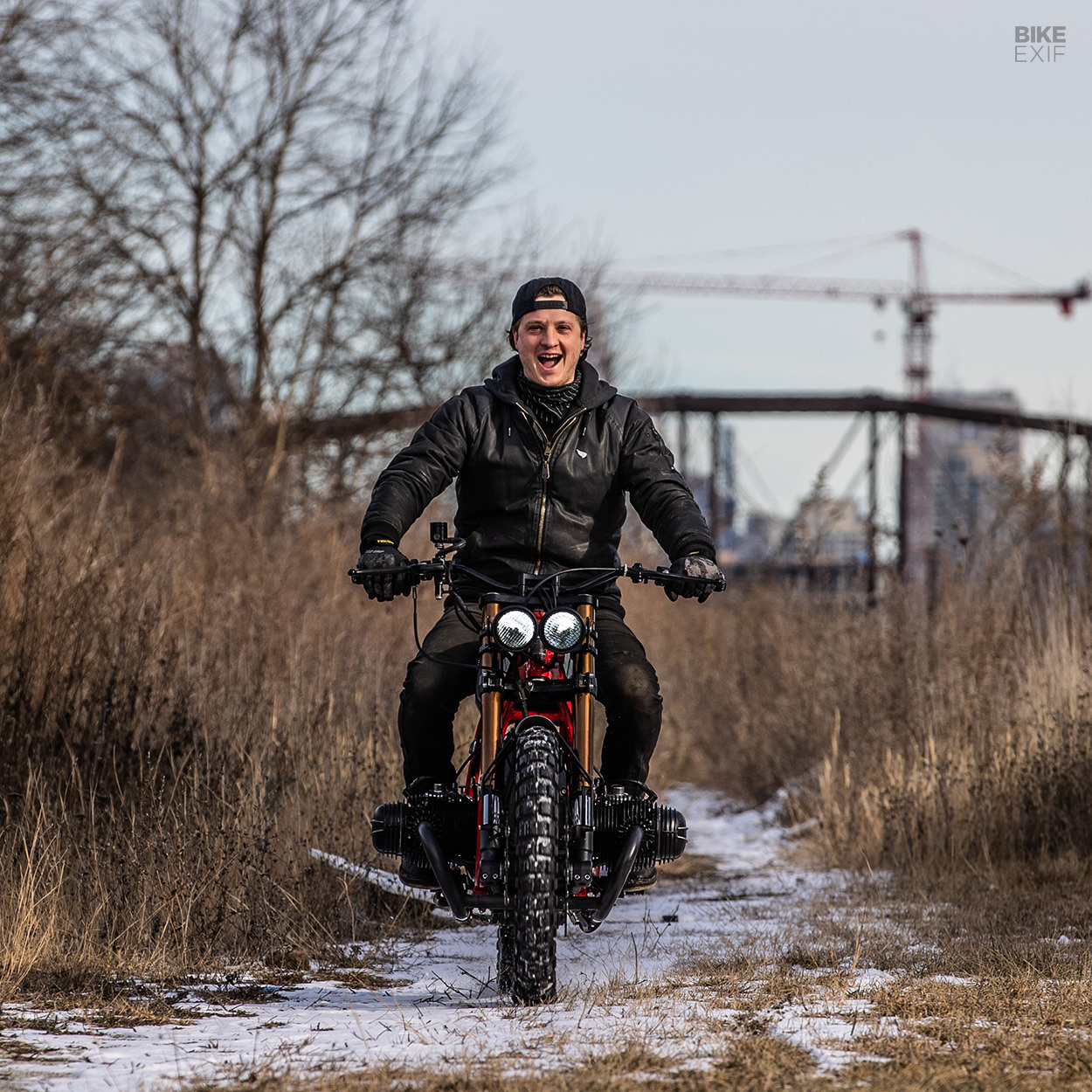