Tamarit builds a Bonneville you can rent—and also win 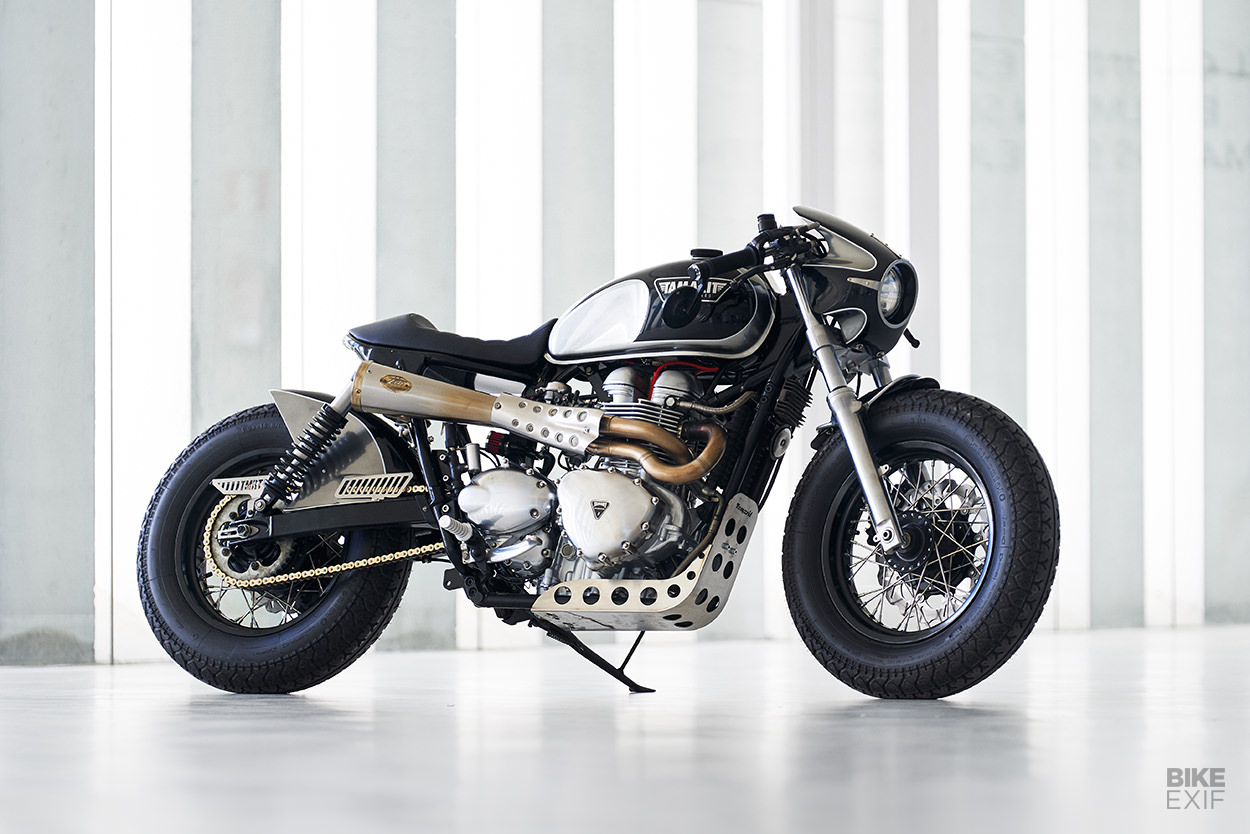 Unless you’re handy with a grinder and welding gear, it’s not cheap to put a custom bike in your garage. But if you live in Spain, you can get a taste of high-end custom culture without draining the Euros from your bank account.

That’s because Spain is one of the countries where the rental company Motoshare operates. It has over 3,000 motorcycles on its books, across four nations, and the latest addition to the roster is ‘Gotham’—a beautiful Bonneville 865 from the Spanish specialists Tamarit. 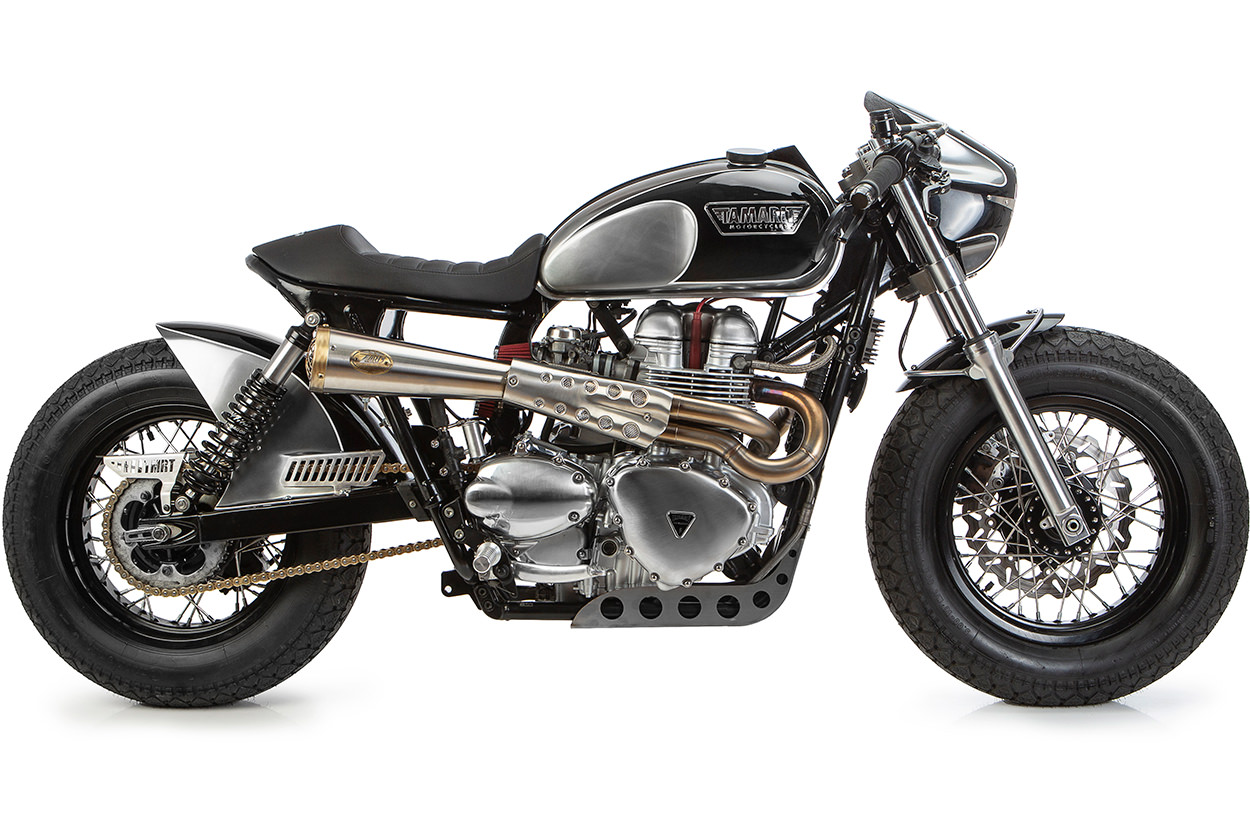 The Tamarit workshop is tucked away in the town of Elche, about 13 miles inland from the ancient Mediterranean port city of Alicante. But despite the remote location, owners Quique and Matías have built up a reputation that extends right across the continent.

Like most savvy builders, they offer a big selection of parts to keep the cashflow humming along—and the hook-up with Motoshare proves they’re willing to inject new ideas into their business model. 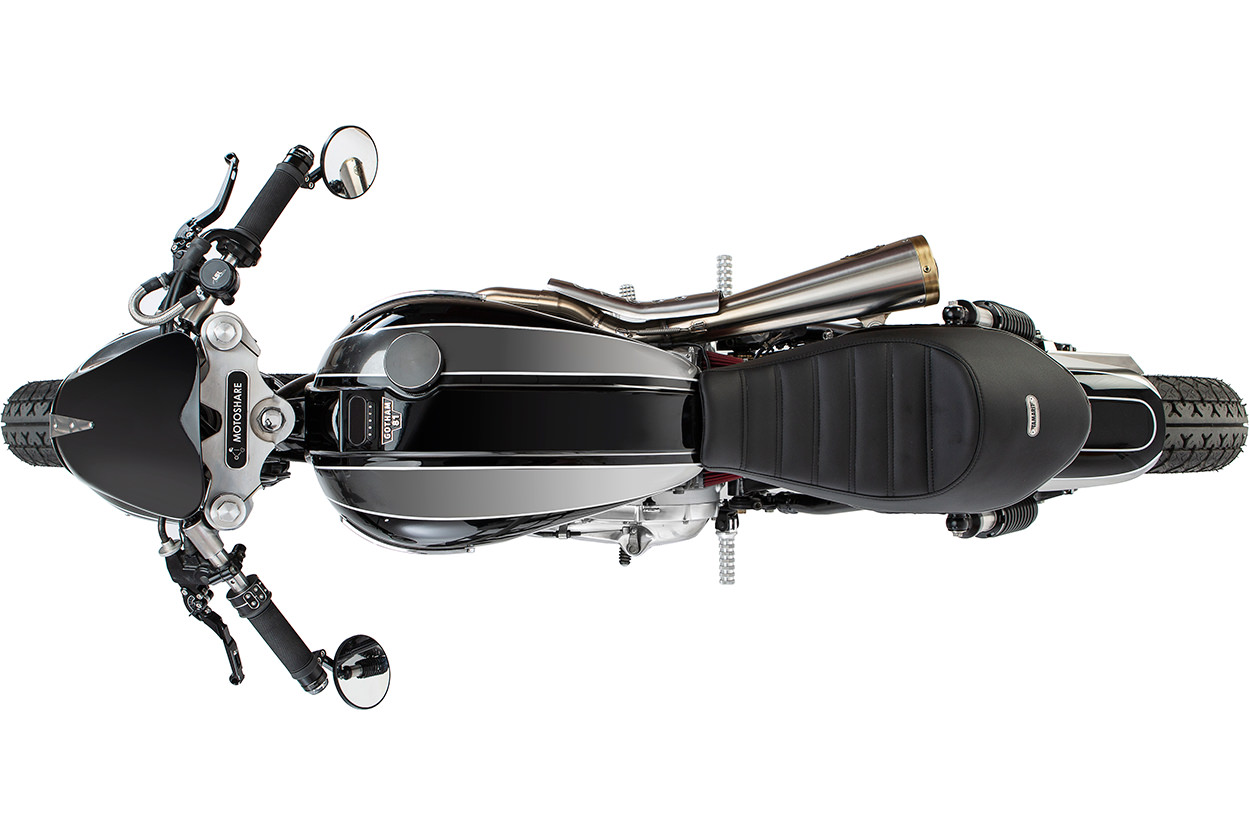 But back to the bike. It’s a café with a twist, and a machine we’d love to swing a leg over for a day or more.

Tamarit describe their latest Bonneville as a combination of several styles, with elements from the scrambler, cafe racer and Brat Style genres. It’s a curious blend of the familiar and offbeat, but it works well. “We wanted to make a sporty bike, but with aggressive lines,” they say.

Tamarit had a free rein, since this is not a customer commission. One of the first mods they made was to extend the swingarm, to add a dragster vibe and lengthen the look of the bike. It also throws focus onto the unusual rear fender, which is big enough to keep riders squeaky clean in the worst of weather.

The back end of the frame is completely new too, and topped off with a plush new seat. A new set of Hagon Nitro shocks makes the ride even more comfortable. 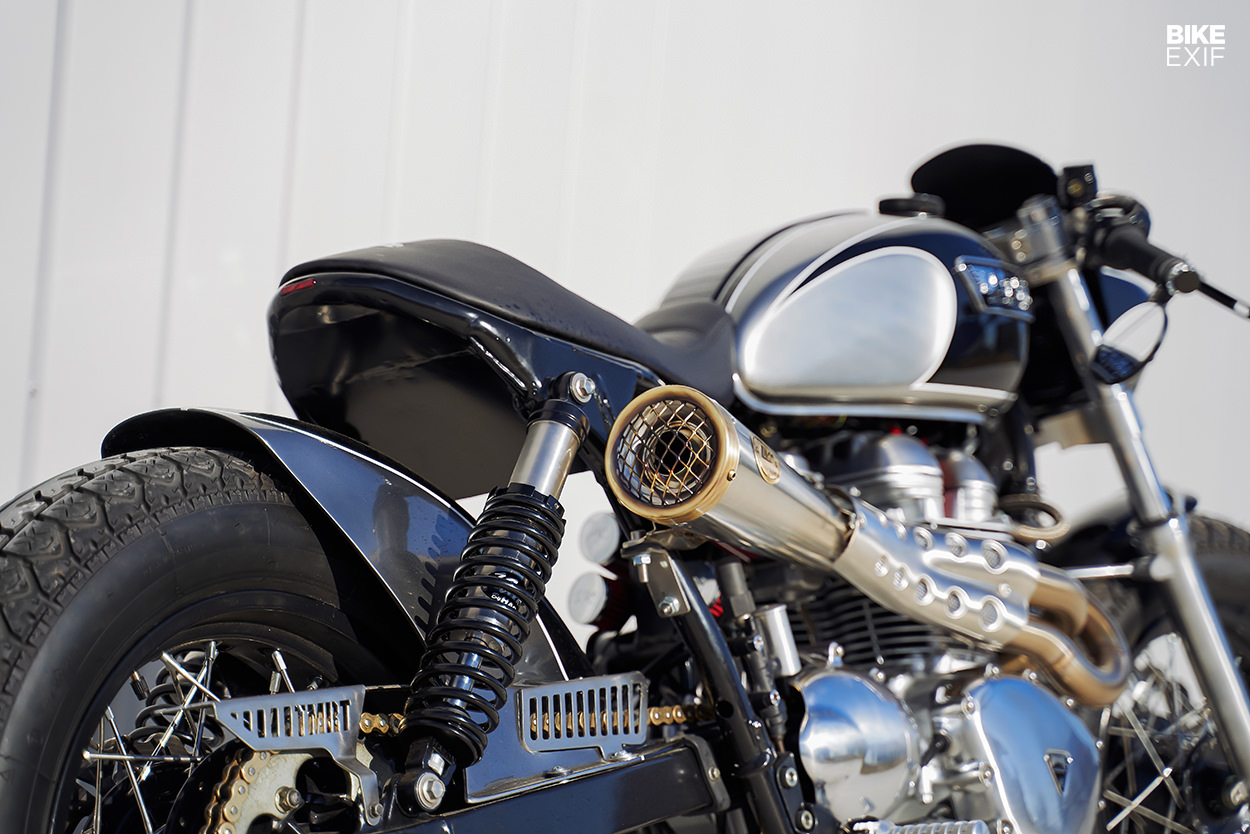 The 865cc engine is the carburetor version, treated to K&N filtration and a Zard Tiger 70 exhaust system. This 2-into-1 setup has been designed for the modern Street Scrambler and weighs around six kilos less than the stock system—but it can be adapted to older ‘modern classics,’ which is what Tamarit have done here. 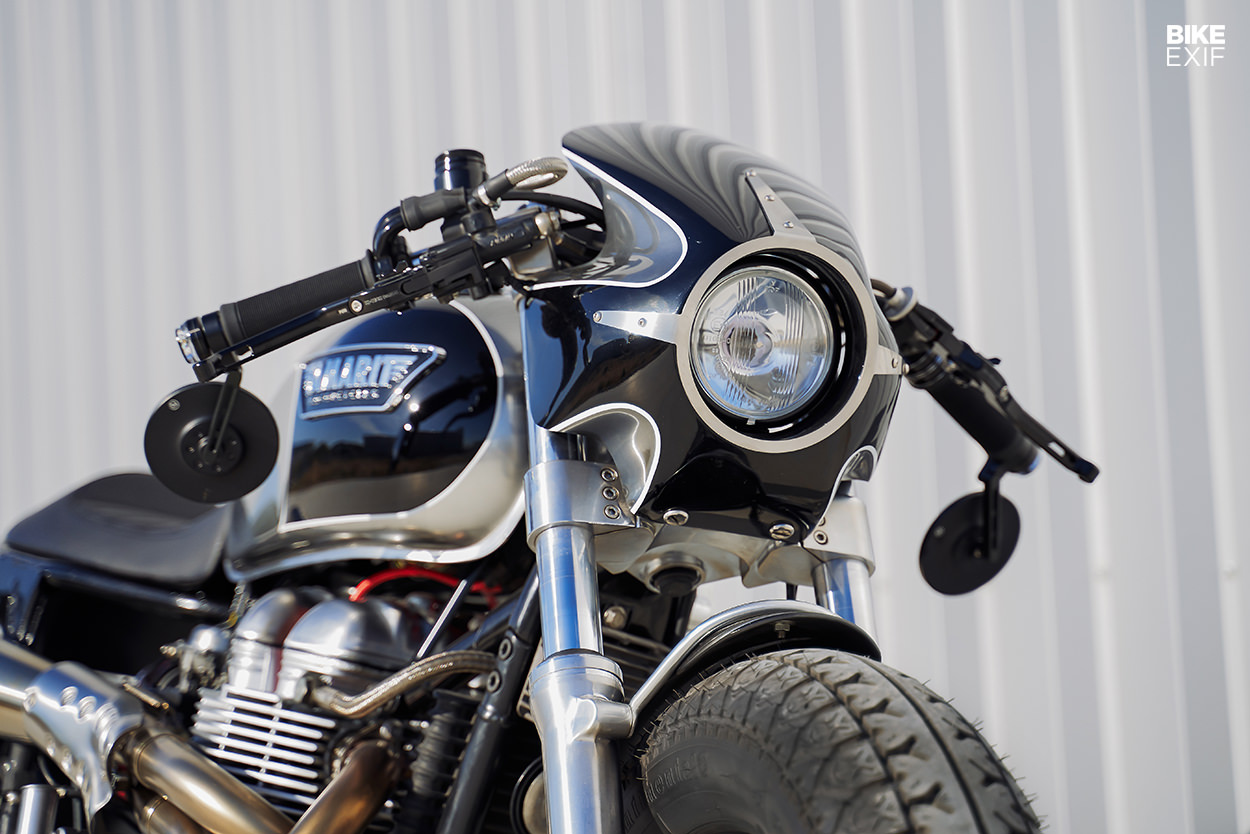 The compact fairing is a version of the unit developed for Tamarit’s stunning ‘Gullwing’ Thruxton. A custom aluminum top triple tree cleans up the cockpit, with the speedo replaced by a Motogadget unit embedded in the tank.

Most of the wiring and electrics have been relocated to a discreet box underneath the seat unit. 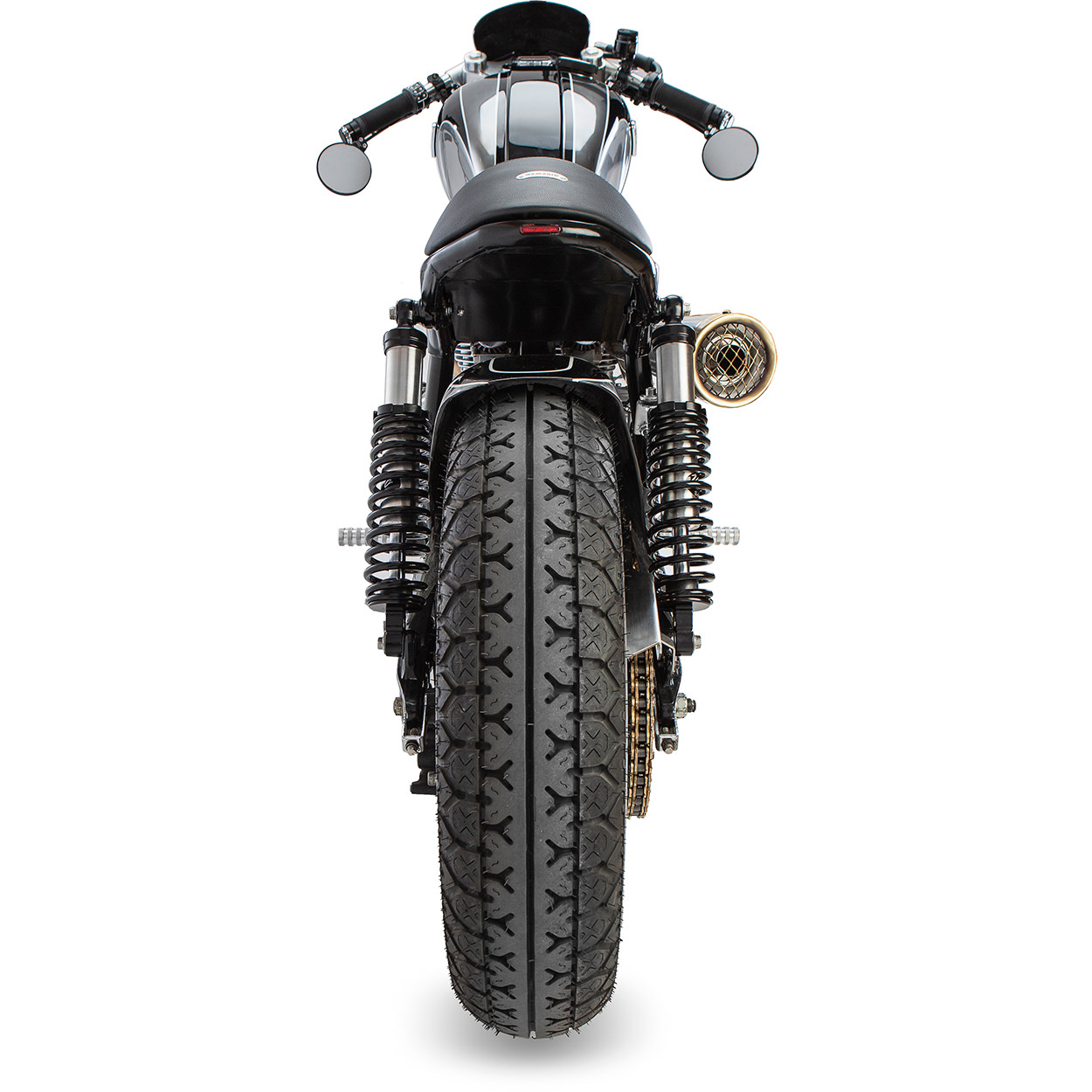 There are some pretty heavy mods here, but this Bonneville is street legal and has the necessary paperwork—an aspect increasingly hard to get in Europe, and often ‘overlooked’ by some builders.

If you’re within distance of the magnificent roads of rural Spain and not locked down, you can rent this beauty here. Even better, if you rent it you go into a draw to win it, too … 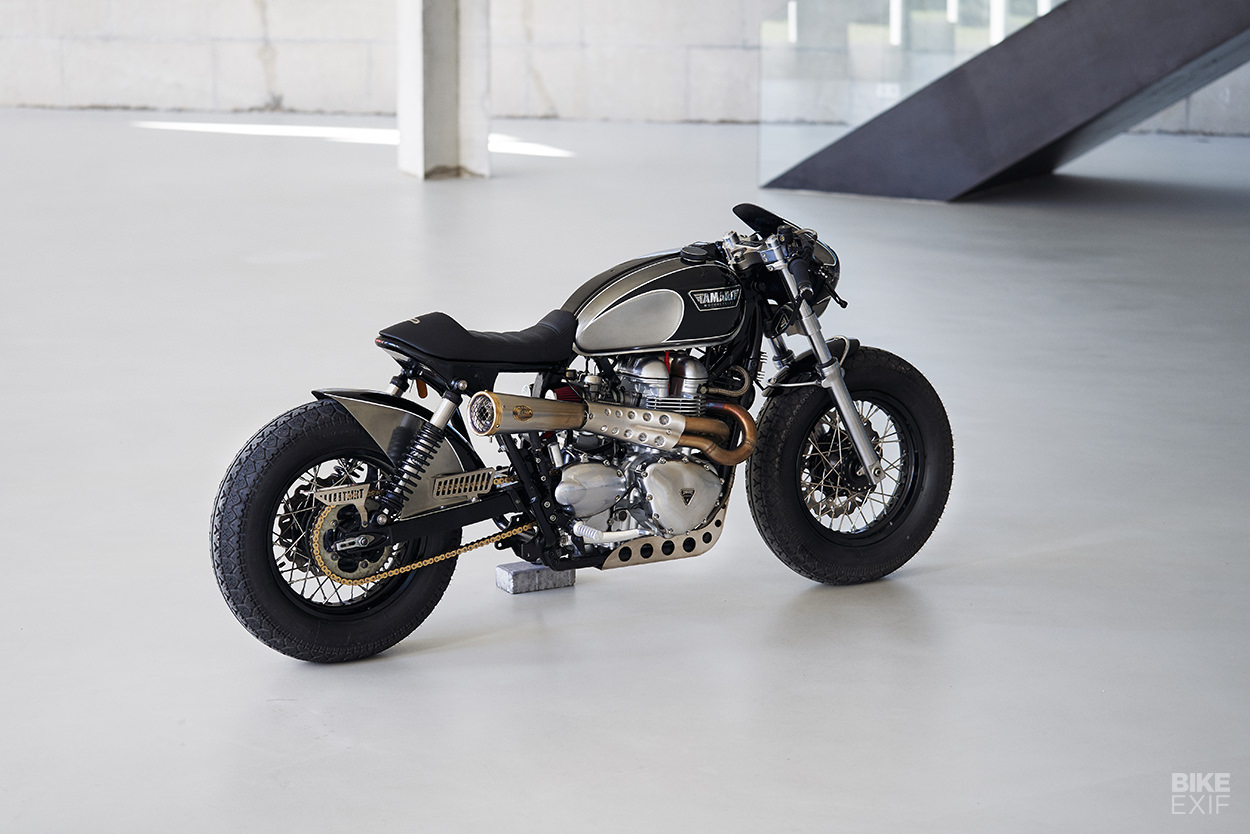