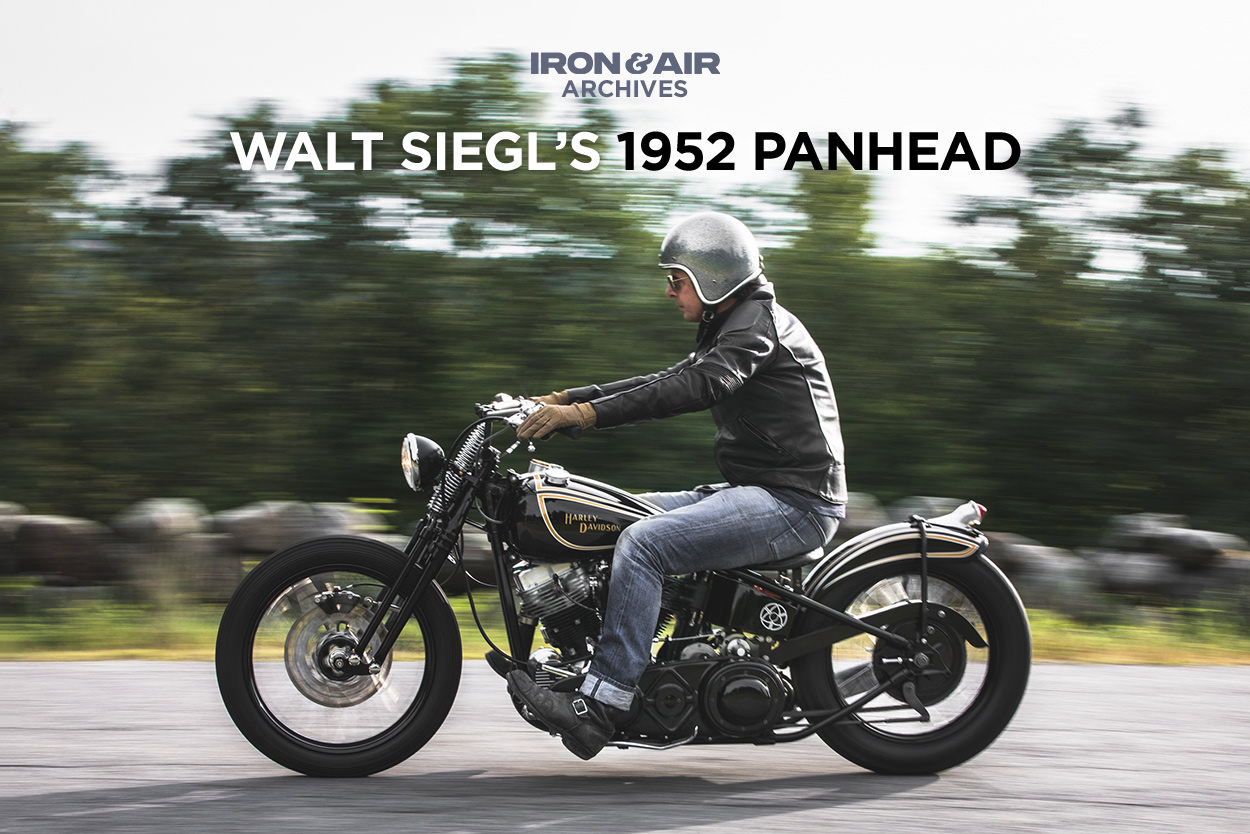 A client in France left the door wide open for Walt Siegl when he asked the New Hampshire-based craftsman to build him “a Harley.” Over three years, Siegl turned a 1952 Harley-Davidson Panhead bobber into a masterpiece.

While he’s best known for his high-end, Kevlar-clad Italian exotics, Siegl has a fondness for hot rod bikes of the 30s and 40s—and a particular soft-spot for Panheads. “There’s something about the small cylinder heads and castings,” he says. “The design speaks to me.” 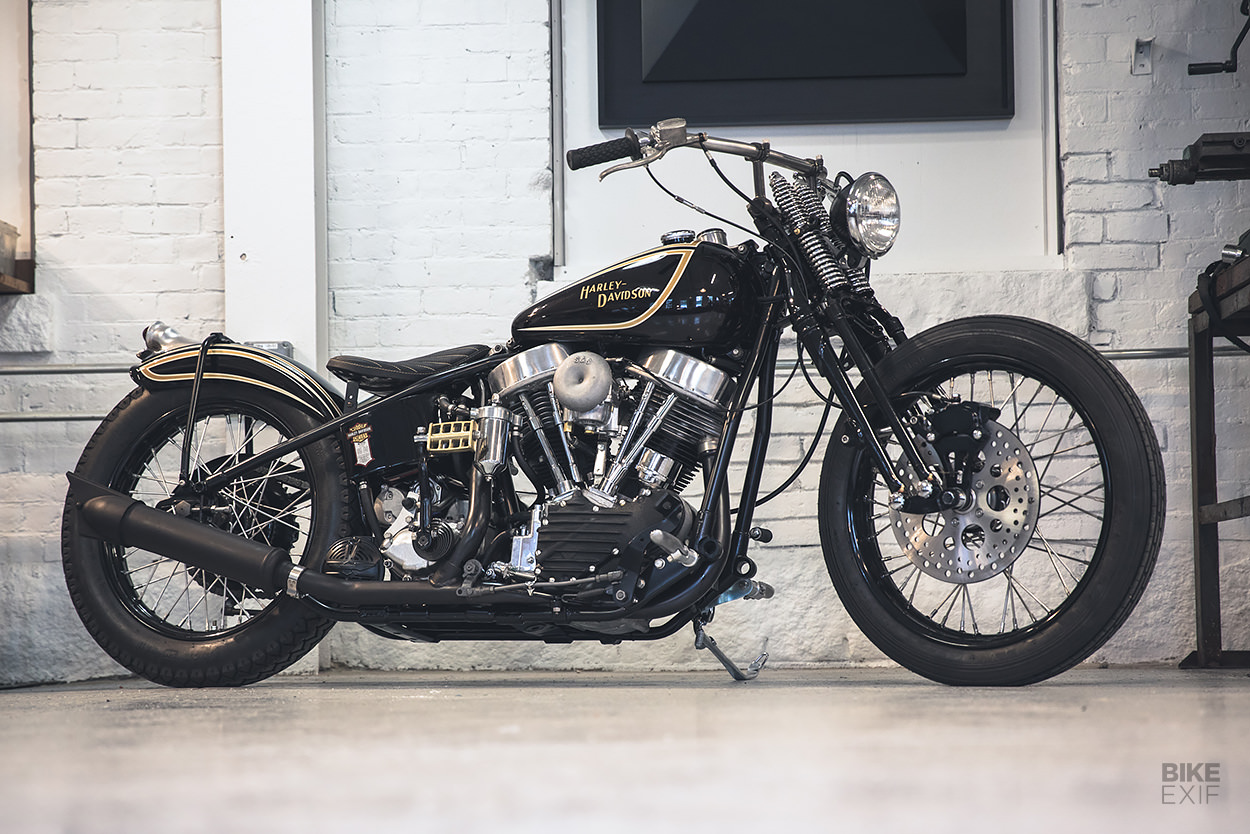 The fact that this particular Harley would be a daily-ridden émigré in France meant Siegl wanted to have full confidence in the bike before shipping it across the Atlantic. He found a solid 52 1,200 cc Panhead engine and sent it to his go-to Harley mechanic, Andrew Rosa of Rosa Cycles in Long Island, New York.

As Rosa started a top-to-bottom rebuild, including boring it out to 1,340 cc, Siegl went to work on the bike’s frame. Rather than using an aged original, he went with a reproduction wishbone frame—a faithful reproduction with original markings on all the castings, and an overall shape that allowed him to get the stance he wanted. 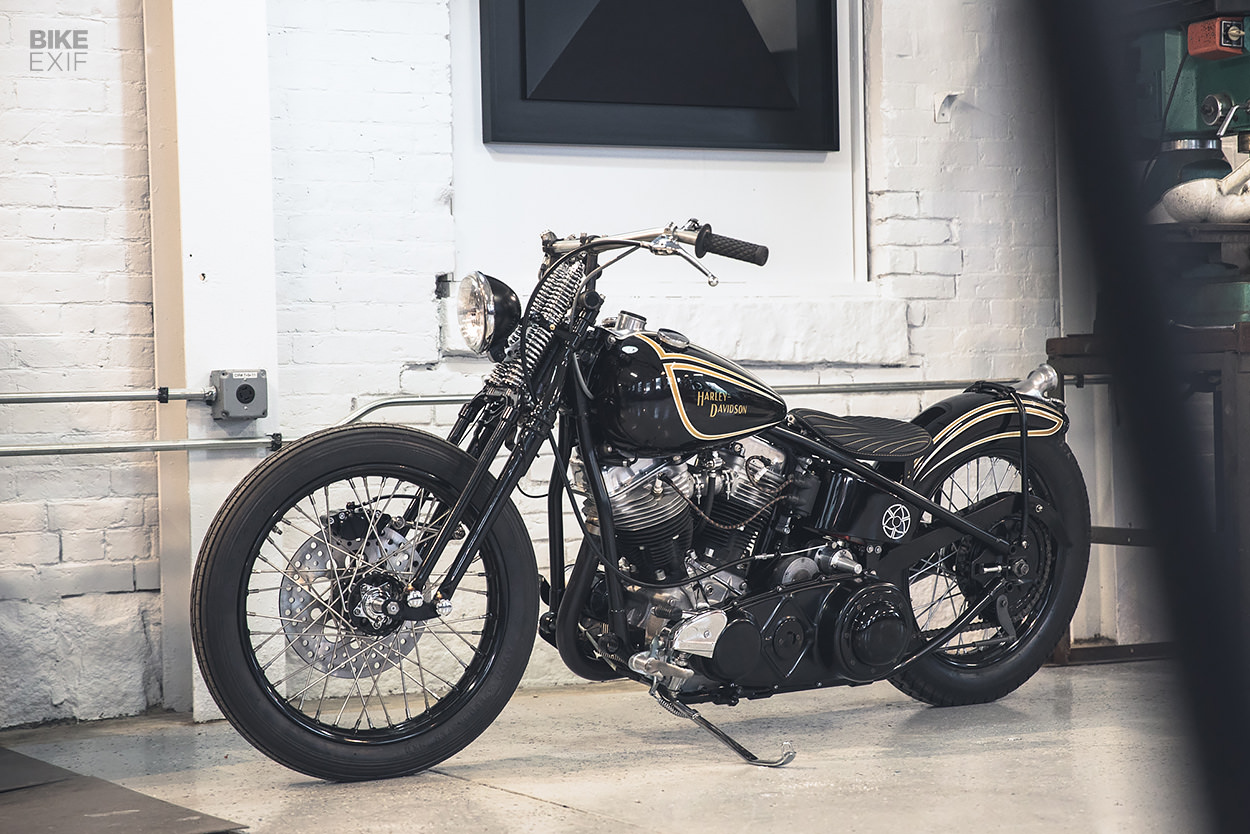 Siegl used as many stock-looking components as he could, trying to stay true to the look of the original bike and wanting his creation to pass as a lightly customized Panhead. The oil tank, battery, clutch basket, and starter system all had to be heavily modified to fit.

“It wasn’t easy,” he confesses with a laugh. “It took a lot of massaging of stock components to make them work with the modern systems.” 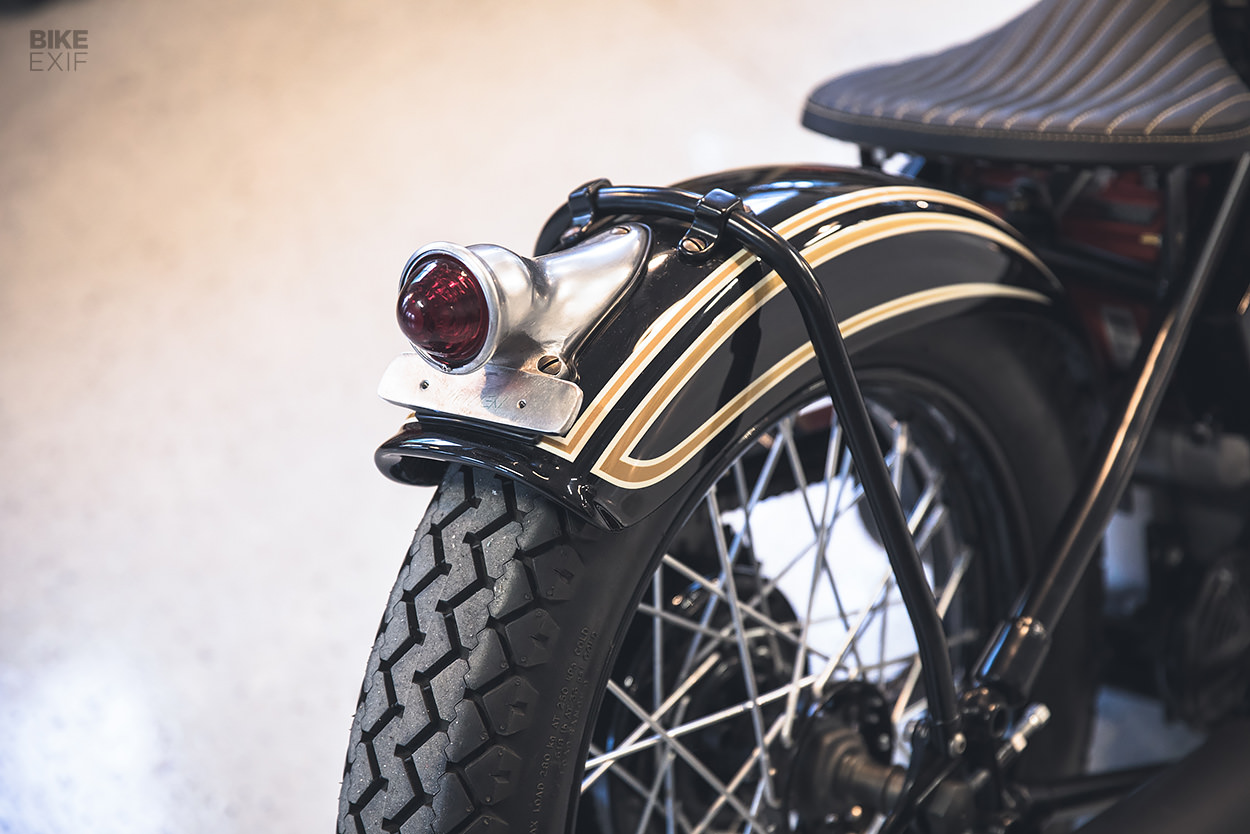 Siegl bought the bike’s gorgeous rear fender some 20 years ago in New York and has dragged it around ever since, waiting to find the right application. “It had the visual attributes I was looking for,” he explains.

He narrowed an aftermarket tank and adorned it with a vintage-looking Motogadget speedo (in kilometers per hour, of course). The pipes were sleekly and tightly shaped, and capped with a Knucklehead-style exhaust. 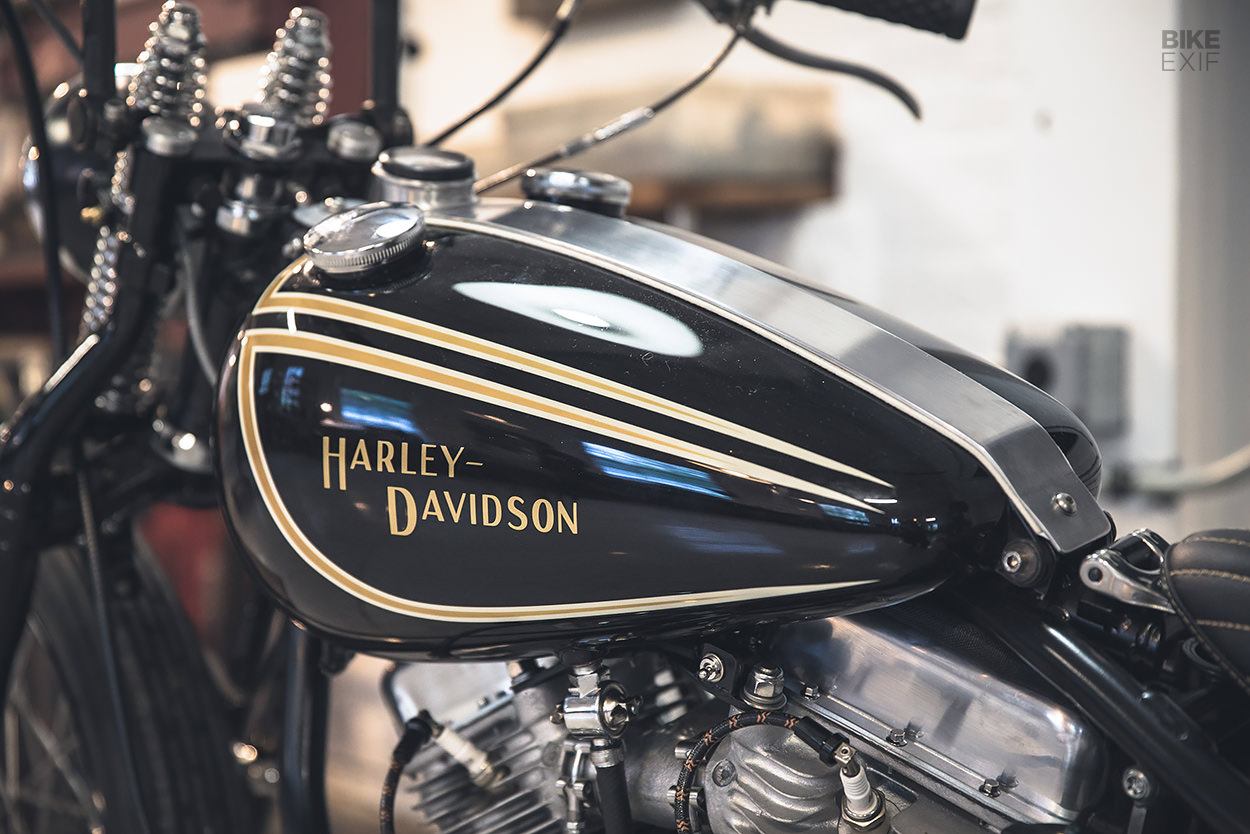 The leather-wrapped seat is based off an old Bates pan with a urethane cushion-shaped by Siegl himself. He also replaced the original front drum brake with a disc for added safety, and the bike’s 19-inch front and 18-inch rear wheels wrapped in narrow tires give the Harley an aggressive stance and a trim, built-for-speed look.

A stout, streamlined bobber three years in the making, this Panhead exudes a strong sense of confidence and highlights Siegl’s creative range and expertise. 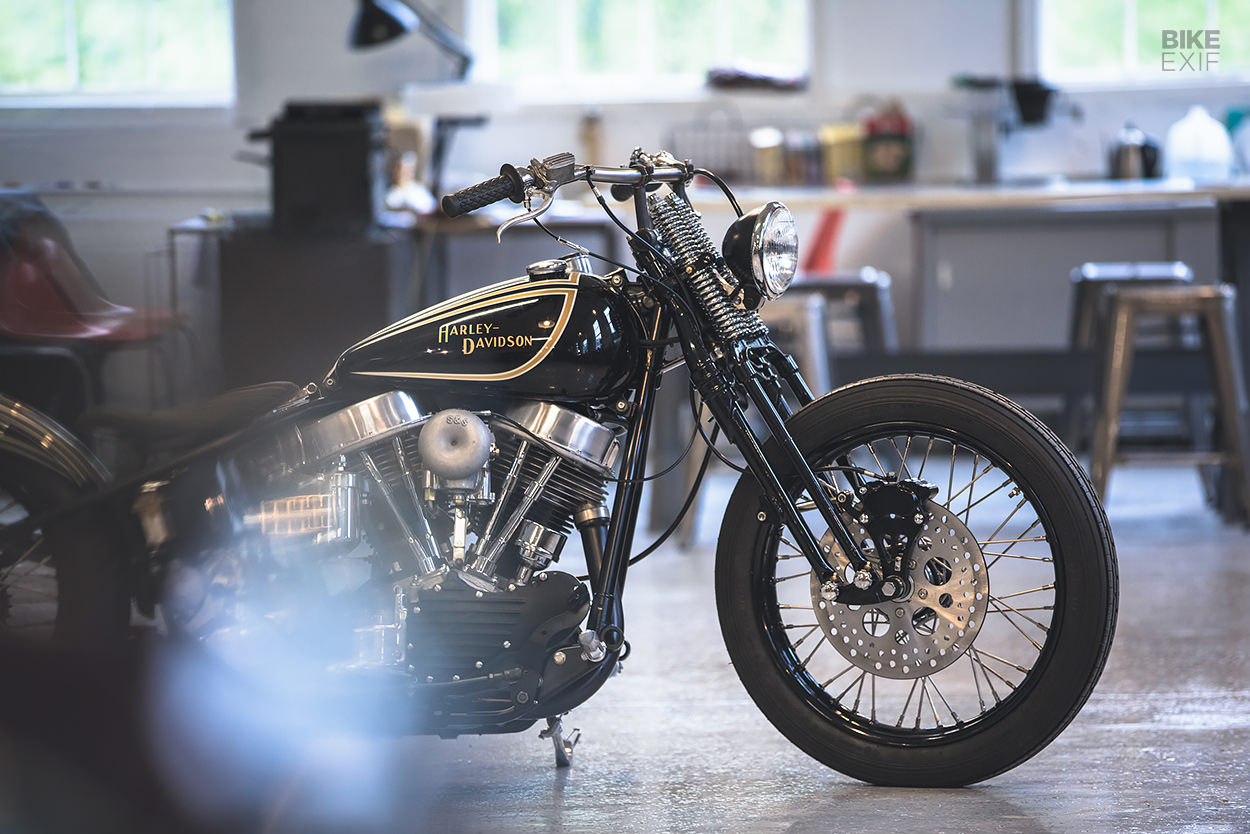 While it’s not representative of the direction his company is heading, “It was a very, very enjoyable build,” he says, smiling. “But then, of course, I just love building bikes.” 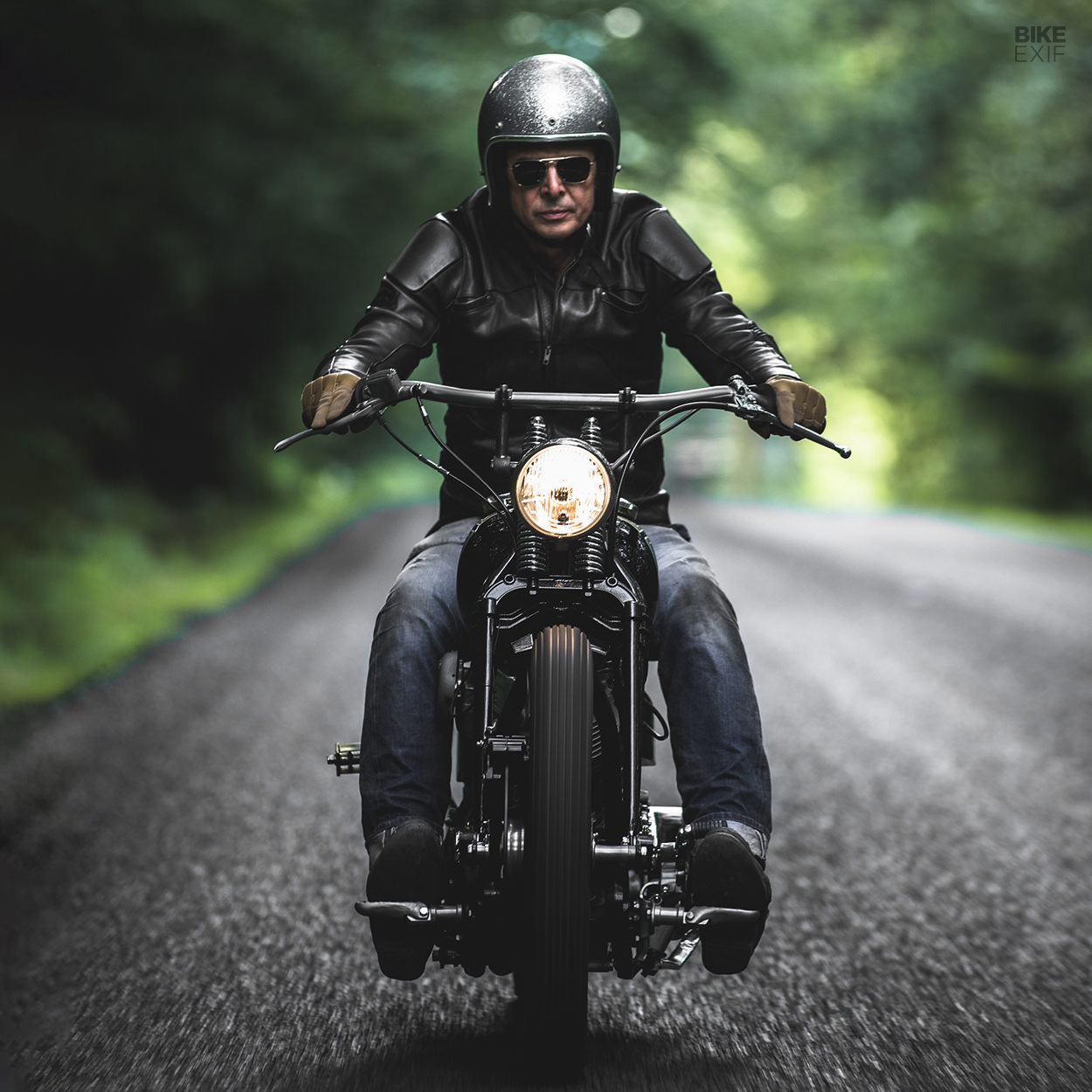 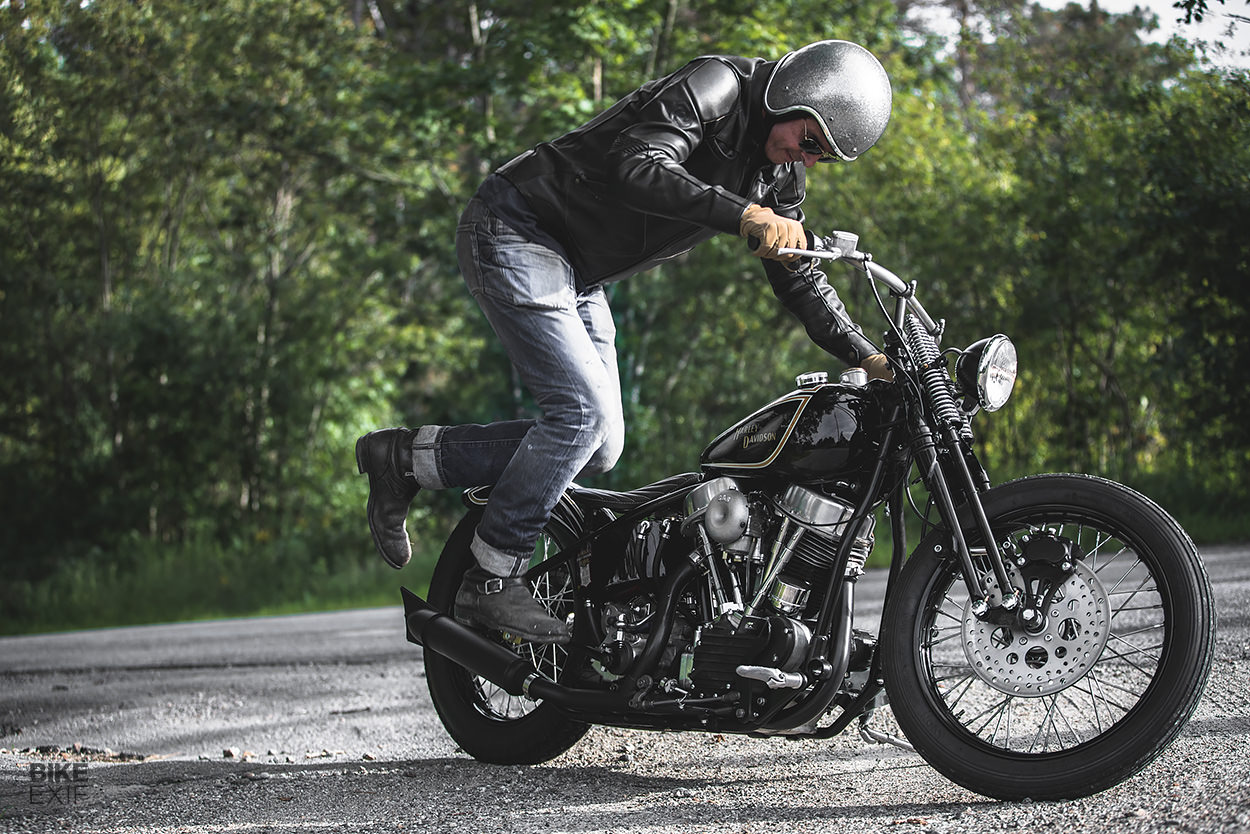