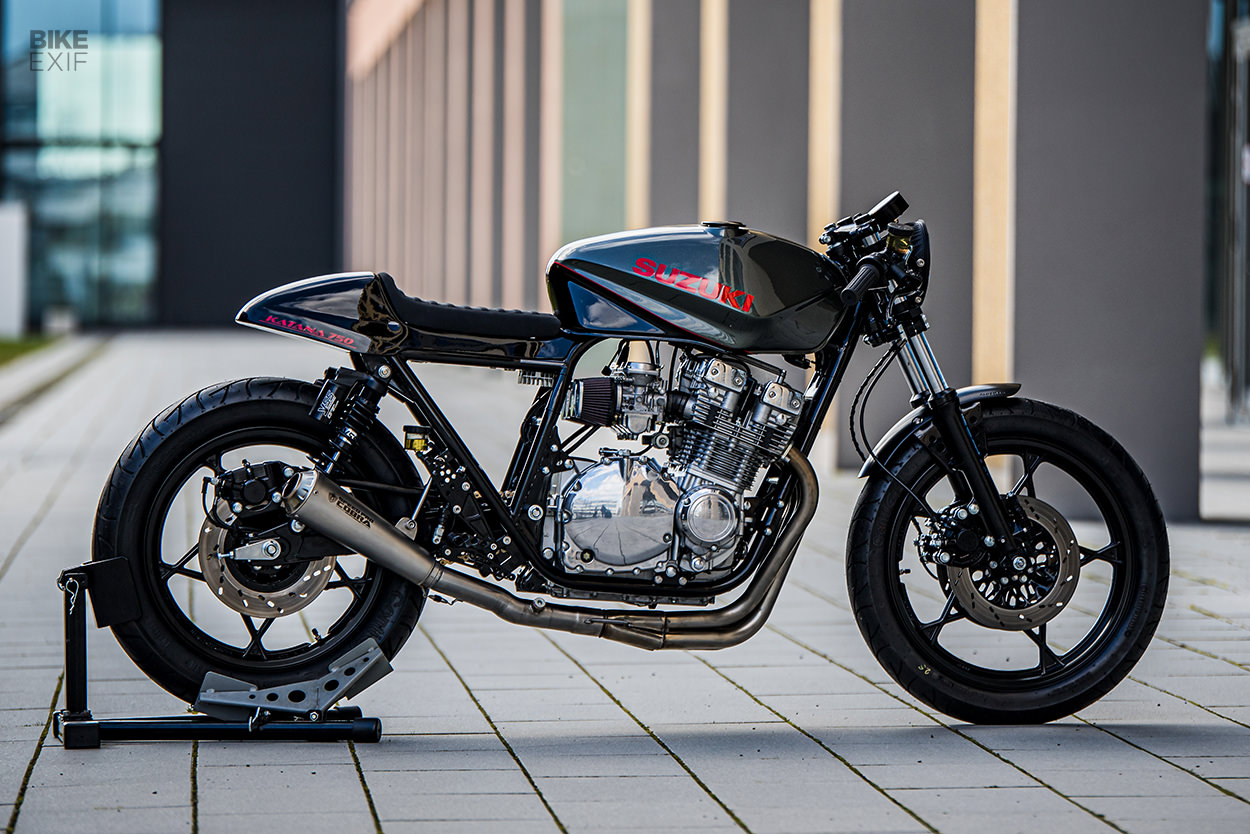 It’s not unusual for creative types to butt heads with their clients over design decisions. That includes custom motorcycle builders too—which is why some of them prefer to work without a brief, and an elite few even refuse to take commissions at all.

HB-Custom’s Holger Breuer is usually happy to take some direction, but he does have his limits. And the owner of this 1983-spec Suzuki Katana 750 Katana had a very particular direction in mind when he booked it into Holger’s workshop in Husum, Germany. But as soon as he got stuck in, Holger realized that the client’s concept wasn’t going to translate well into reality. 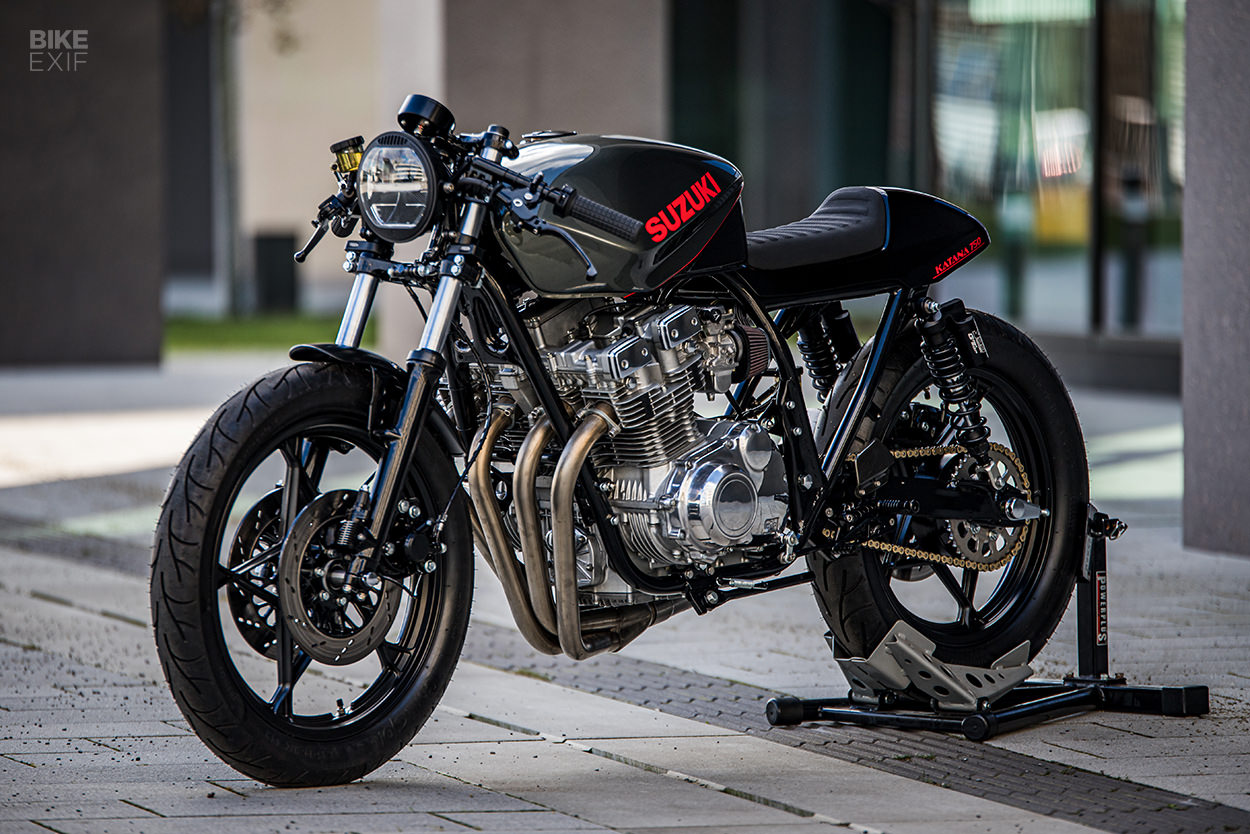 “It felt wrong to me,” he tells us. “But any discussion with him to change the design failed. The result was that he got the bike, his deposit and the design back.”

With the project stalled, the owner of the GSX750S sought out another custom shop to execute his vision. But after two weeks, he started doubting the quality of the new shop’s workmanship. He pulled the plug, and Holger got another call. 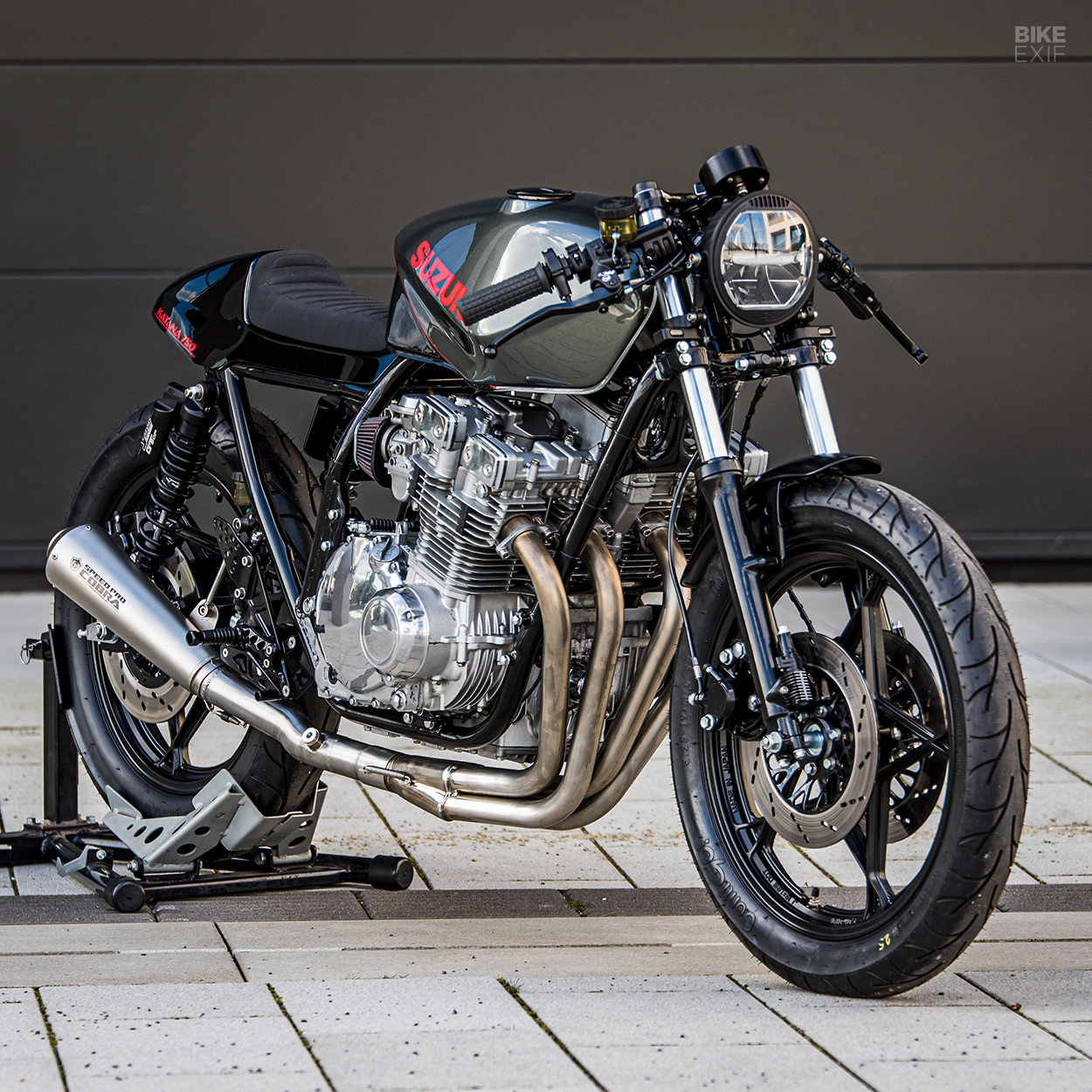 “I got the bike and the first payment back, but this time without the design brief,” he tells us. “Hurrah! The customer trusted me completely, and I was free to interpret the design my way.”

We’re glad the project came full circle, because Holger aced this one. He’s managed to massage some café racer style into the Hans Muth-designed sport bike, while still retaining just enough of its 80s quirkiness. 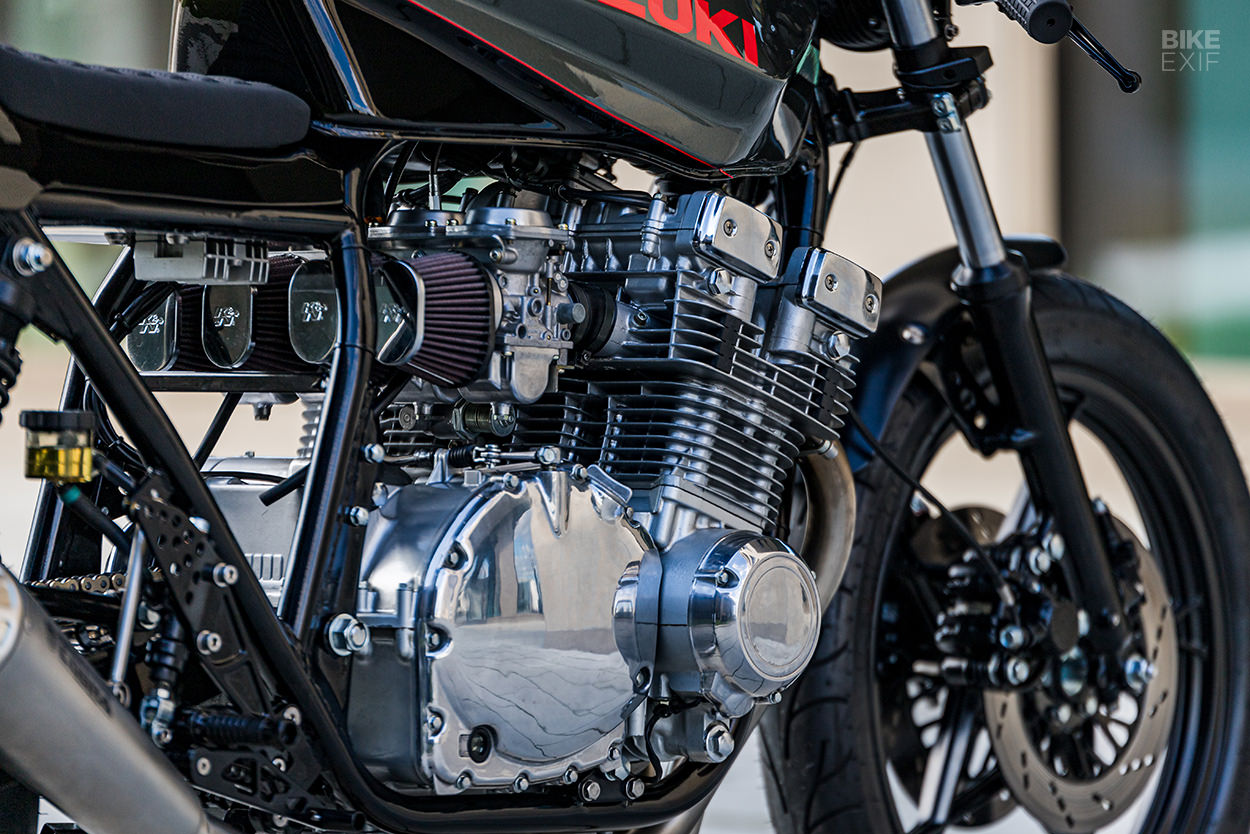 With less than 12,500 miles on the dial, there was no need to tear into the Katana’s motor. So the engine work was limited to a thorough clean up and polish, and a new digital ignition. The airbox was deleted in favor of a set of K&N pod filters, while the burly four-into-one exhaust system came from Cobra.

Holger also rewired the Suzuki, using a control box from Axel Joost Elektronik and a Lithium-ion battery from Acewell. 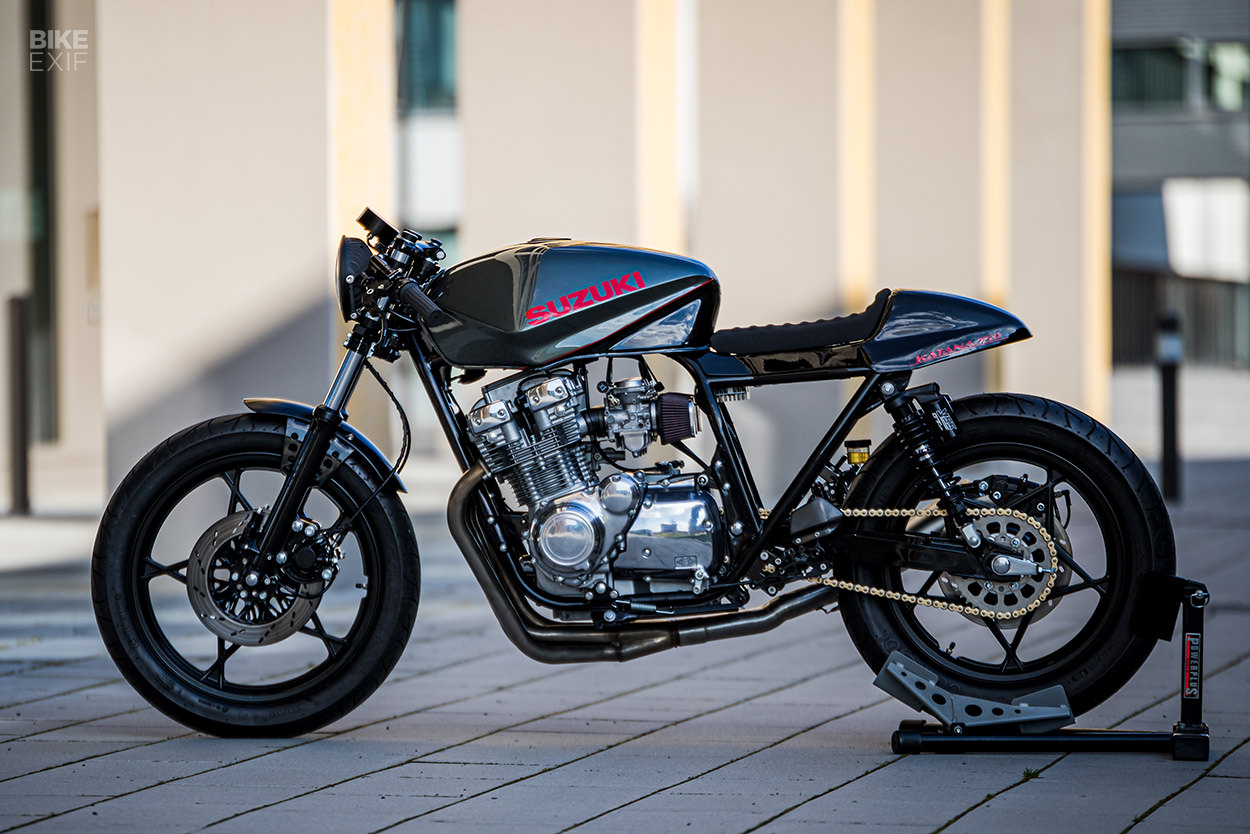 Moving to the running gear, Holger dipped the stock front forks by a couple of inches, and installed new YSS piggyback shocks at the rear. The OEM wheels are still in play, but they’ve shed their retro two-tone finish for an all-black vibe, and are wrapped in all-weather Continental ContiGO! tires.

Those tweaks have given the Katana a flawless stance, amplified by a clever reworking of its bodywork. Holger ditched the Katana’s distinctive fairing and bench seat, but kept its heavily contoured fuel tank. Then he fabricated an aluminum tail section to complement it, and modified the subframe underneath—liberating it of its passenger peg mounts in the process. 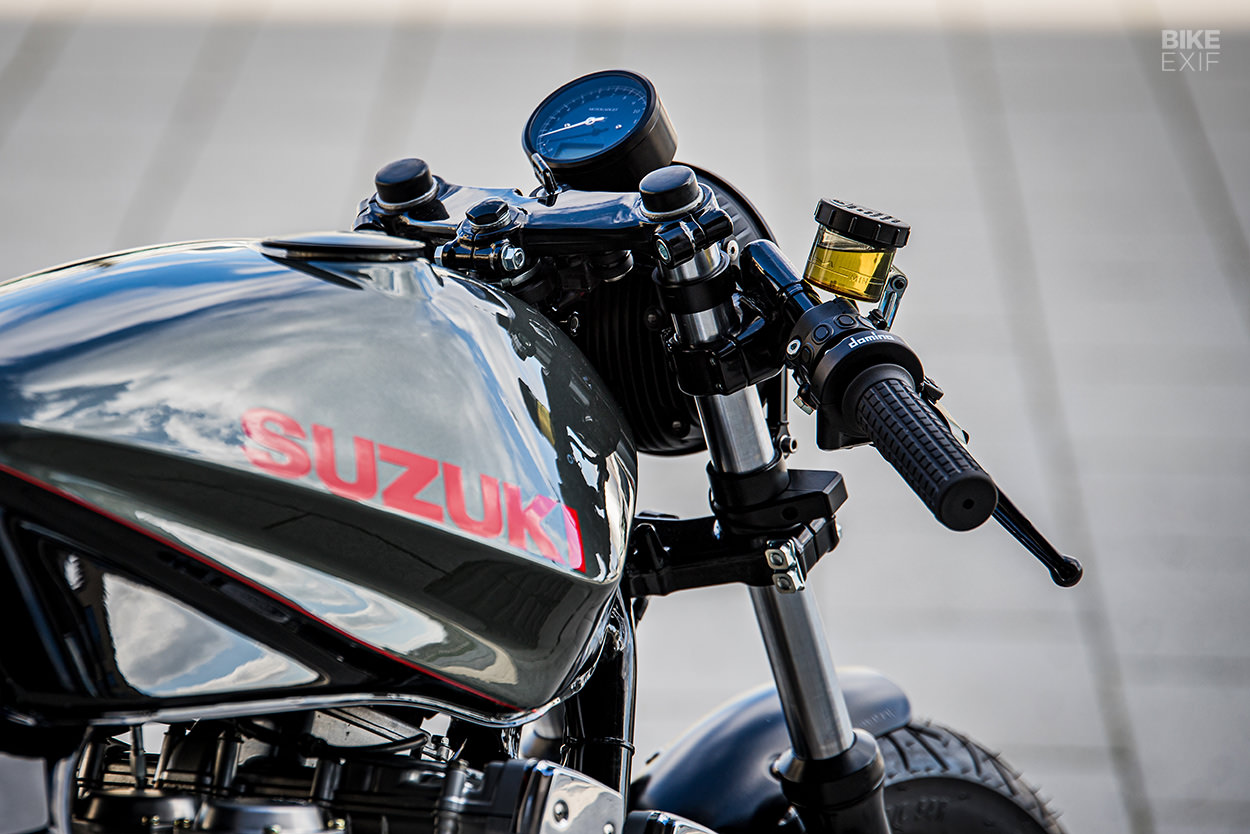 Up front are new clip-ons and grips, a Domino throttle, a Magura brake master cylinder, and a V-Trec clutch lever. The LED headlight and minimalistic switches are from Gazzini, while the speedo comes from Motogadget. Other bolt-on bits include new rear-sets and an off-the-shelf front fender.

Look closely, and you’ll spot a stealthy set of LED turn signals mounted to the forks, just above the bottom yoke. A removable license plate bracket (not pictured) hosts the taillight and turn signals out back. 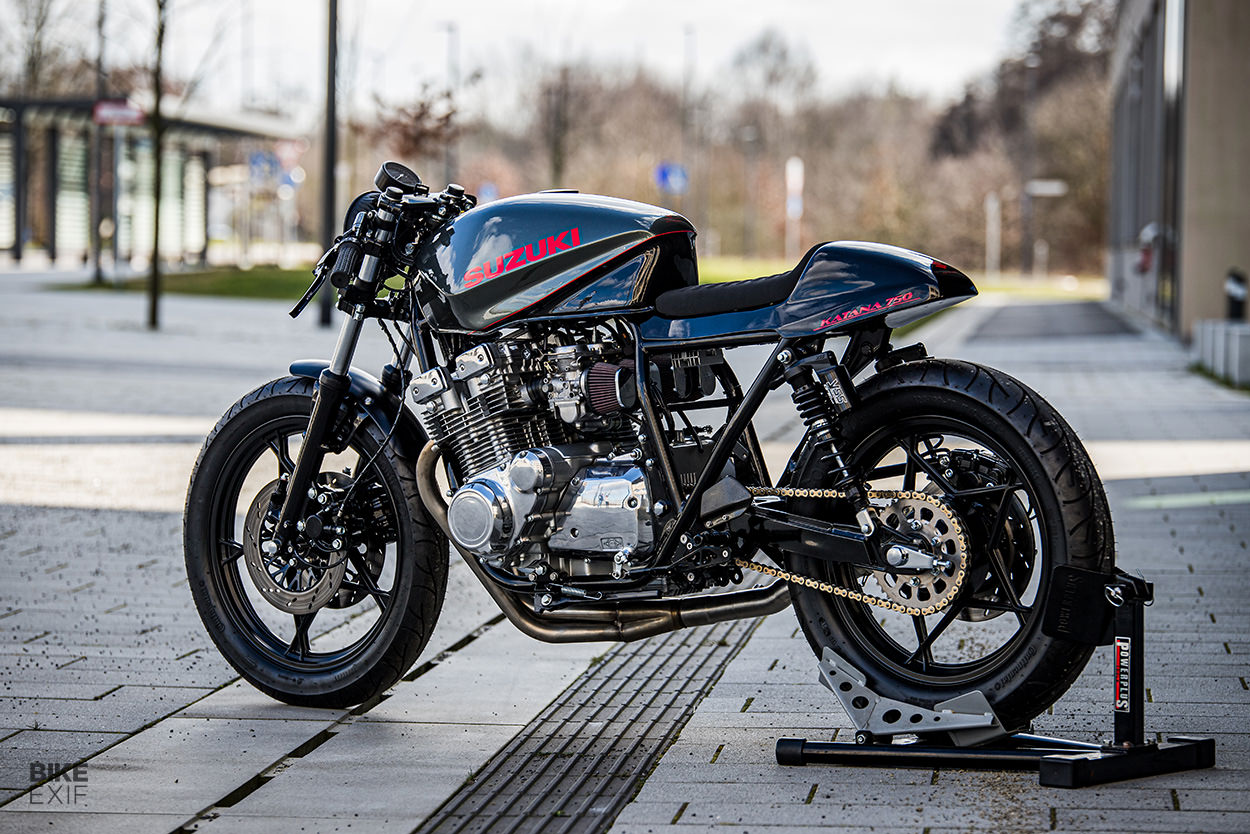 This Suzuki might not carry the flat bone line that purists yearn for on café racers, but we applaud how cohesive it feels. And it’s got a tasty livery to match its svelte new silhouette; a deep grey, with red accents and period-correct Suzuki logos.

It’s also probably worth mentioning that the client not only had to hand creative control over to Holger, but that he also had to wait to see the final result. “My customers do not get any pictures from me during the build,” says Holger wryly. “So of course he was very tense.” 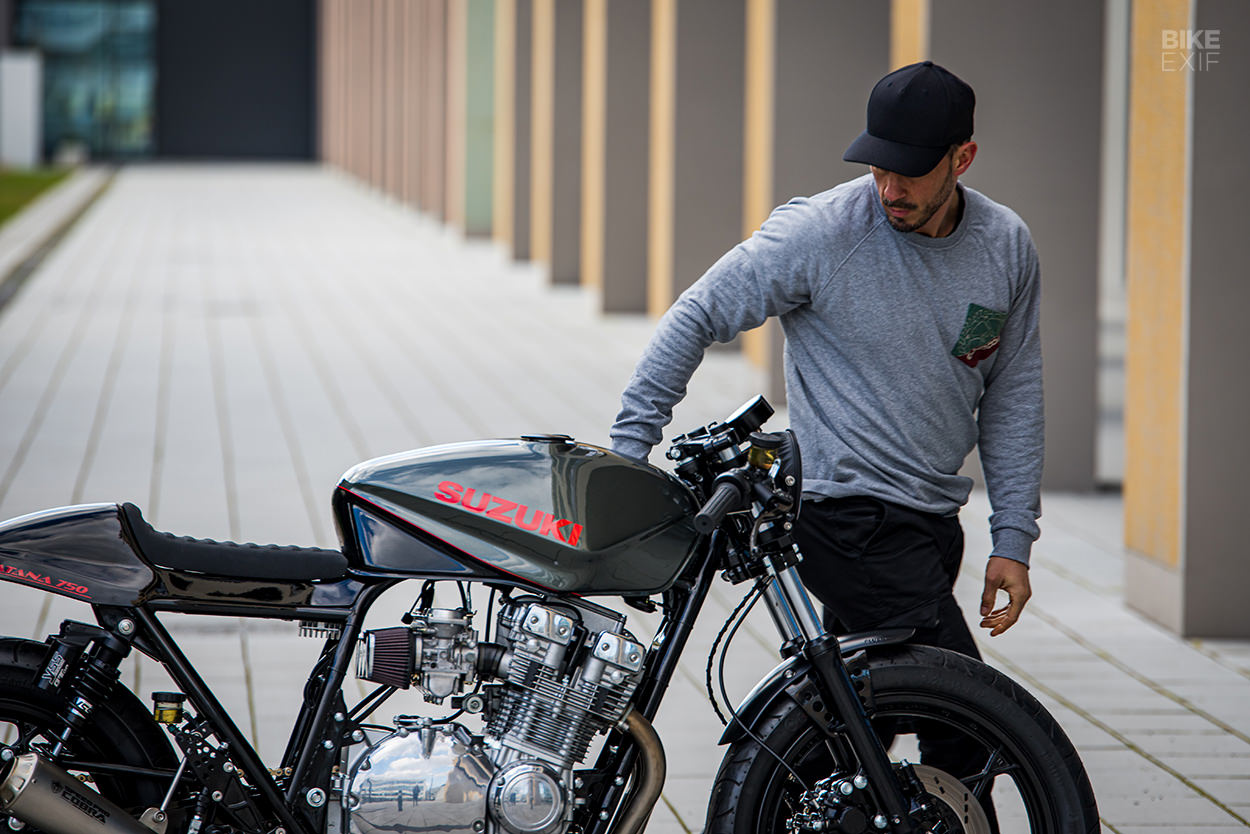 So how did he react when he laid eyes on his radically altered Katana for the first time? “He just beamed… and apologized for all the back and forth.” 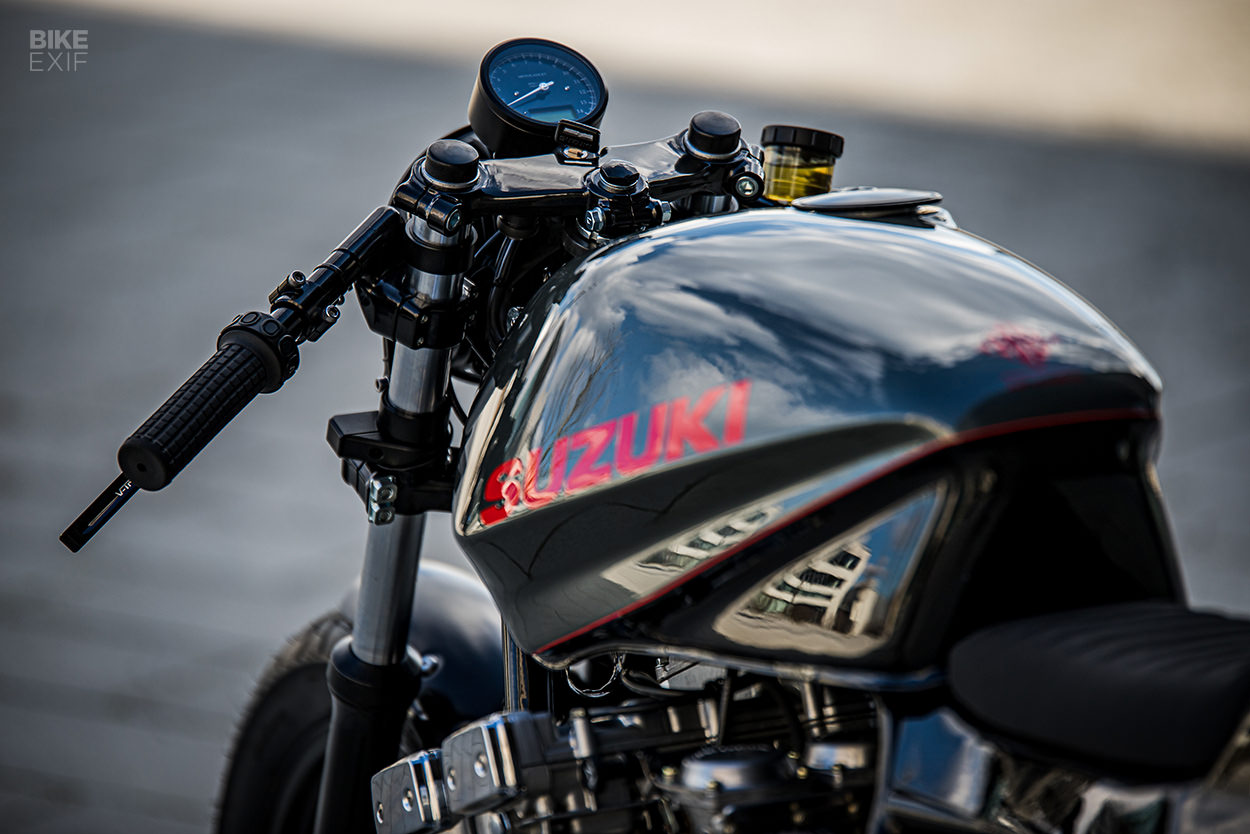