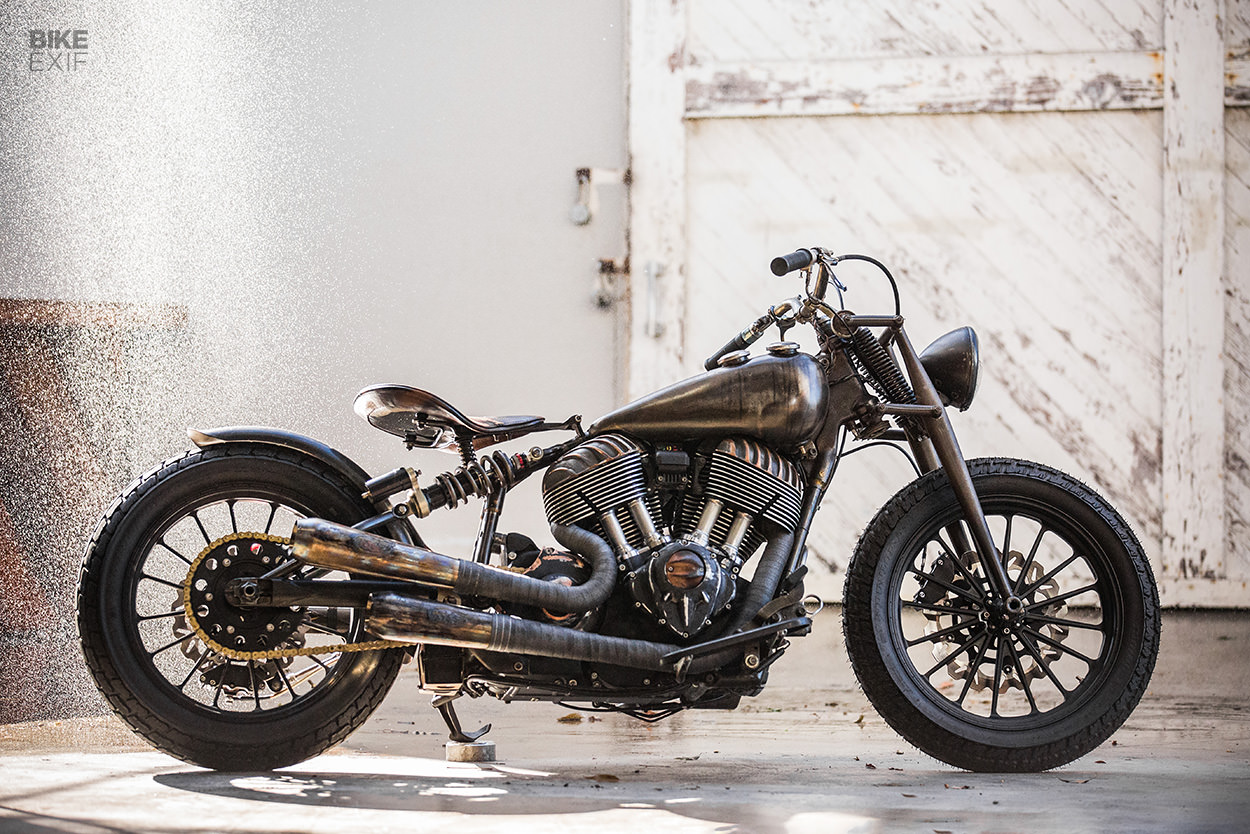 Vintage motorcycles are charming, but they can be a real pain to live with. So what do you do if you want all the allure of a 1940s Indian Chief—but you also want to spend more time riding than wrenching? You call Roland Sands Design.

Their latest build combines a 2014 Indian Chief Classic engine with a salvaged 1946 Indian Chief frame, topped off with period correct parts and pre-aged finishes. Dubbed ‘El Camino,’ it was commissioned by a regular client who gave RSD the green light to do whatever they wanted to. 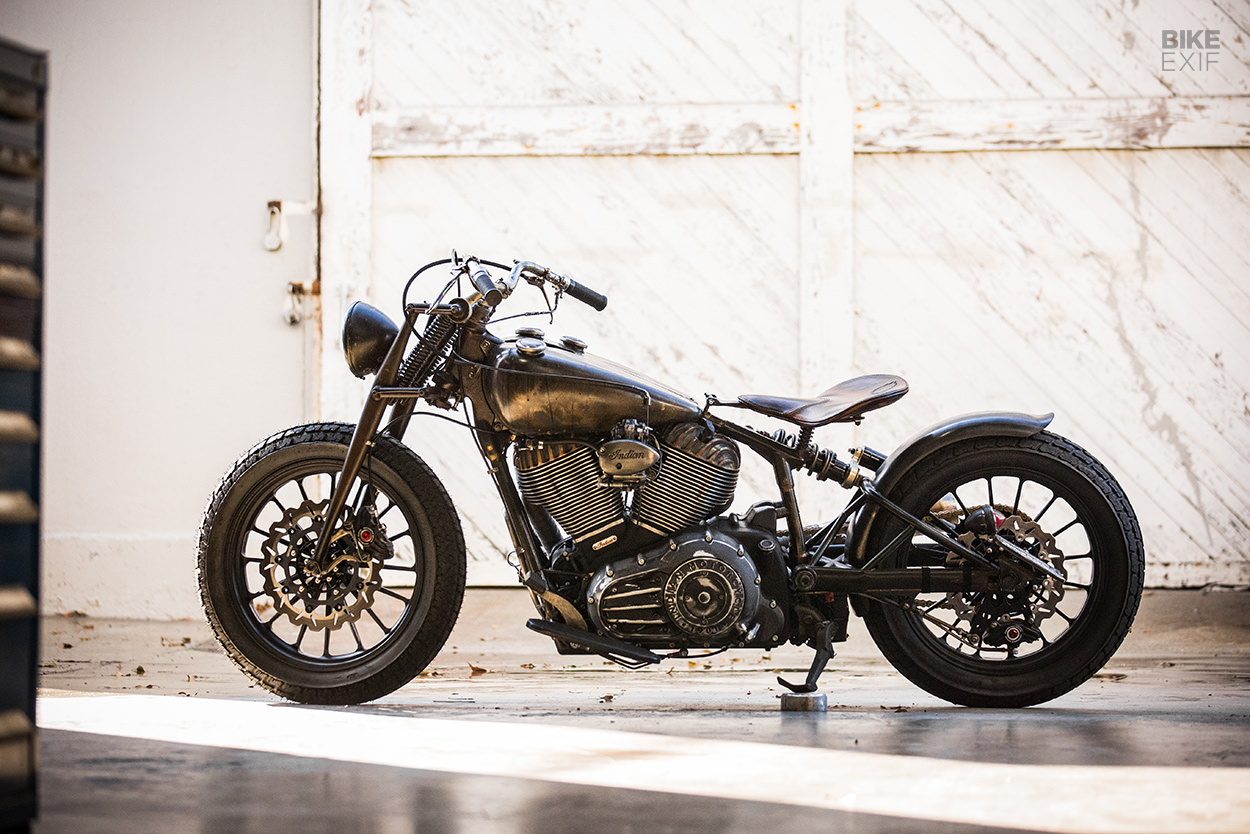 “We like to push ourselves to do new things and stay out of our comfort zone,” says the shop’s project manager, Cameron Brewer.

“We’ve built quite a few different frame-up custom Thunder Stroke Indians, but we wanted to do something totally different on this one. We have never built the same bike twice and have no frame fixtures here. Every custom frame we build is a one-off setup on our frame table.” 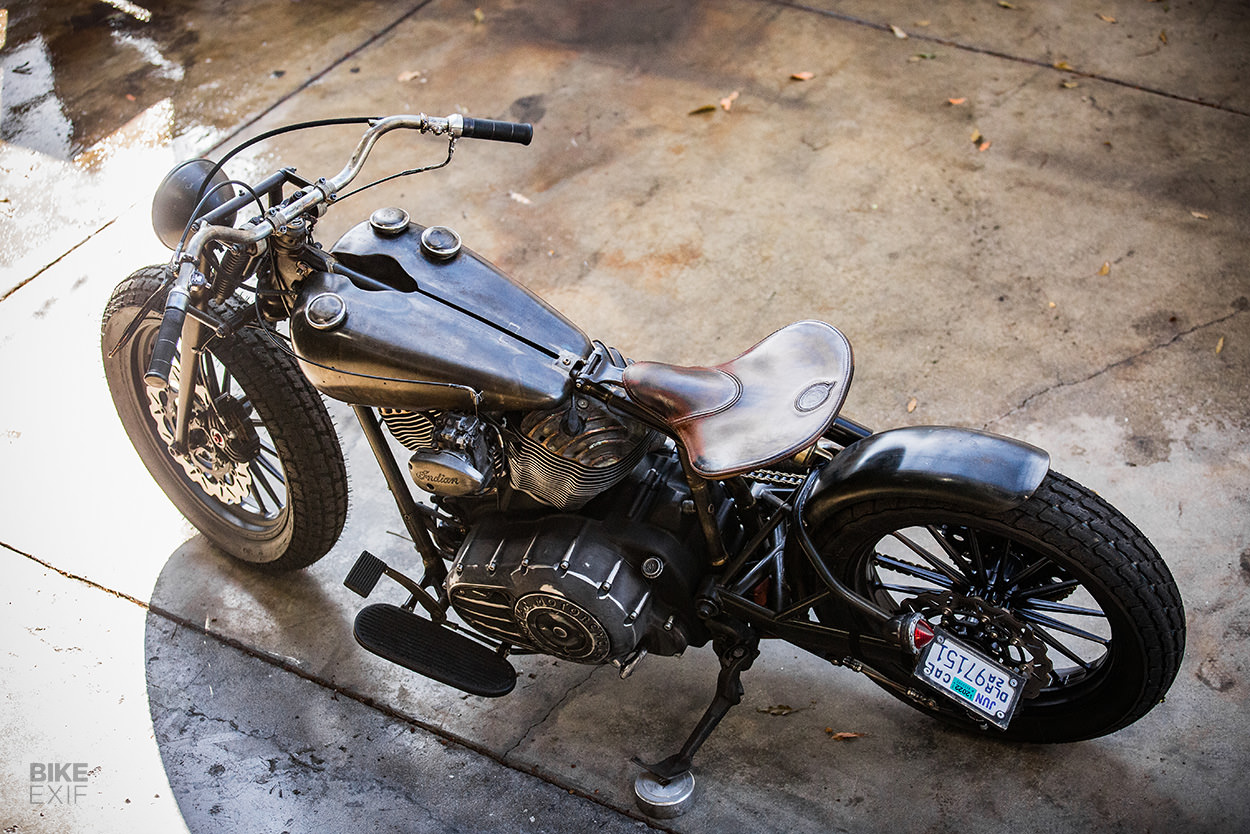 “We have always wanted to build a bike the old way and pay homage to the original Chief, with cast frame joints and brazing instead of welding. What better way than starting with an actual 1946 Chief frame?”

Armed with that wild idea, RSD sourced a crashed 1946 frame from the local vintage Indian specialists, Kiwi Indian. They got a bunch of 1946 Indian reproduction parts there too, including the split fuel tanks and caps, saddle, handlebars, grips, headlight, floorboards and foot controls. 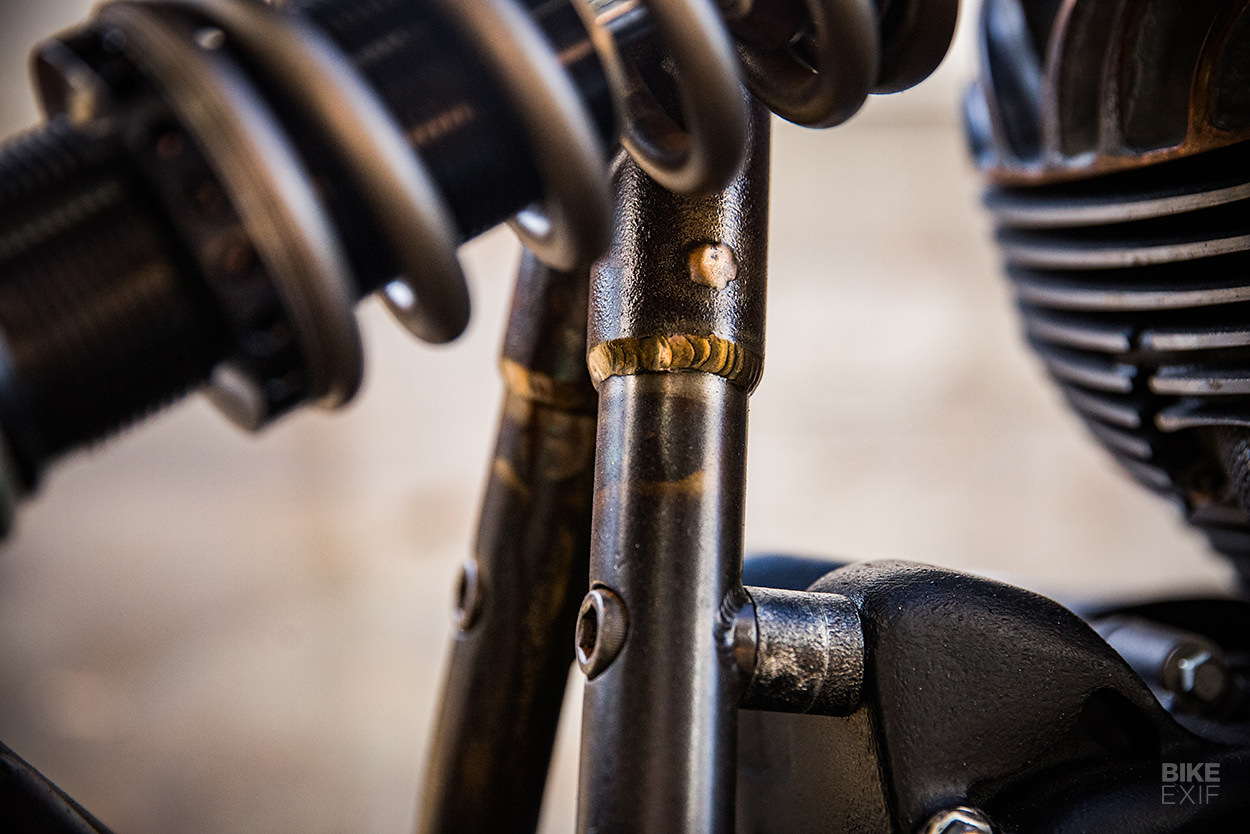 RSD’s fabricator, Aaron Boss, took the OEM neck and as many of the stock castings as possible, then made new joints to accommodate the modern engine. These were distressed by hammering them, then brazed to new tubes, to make everything blend visually with the older parts of the frame. But to get the brazing right, Aaron first needed to know exactly what metal he was working with.

“We had the castings analyzed at a local metallurgy lab before starting,” Cameron explains. “Also, thanks to Nate from Harlot Cycles for his time on the phone, to discuss materials and processes to execute this properly.” 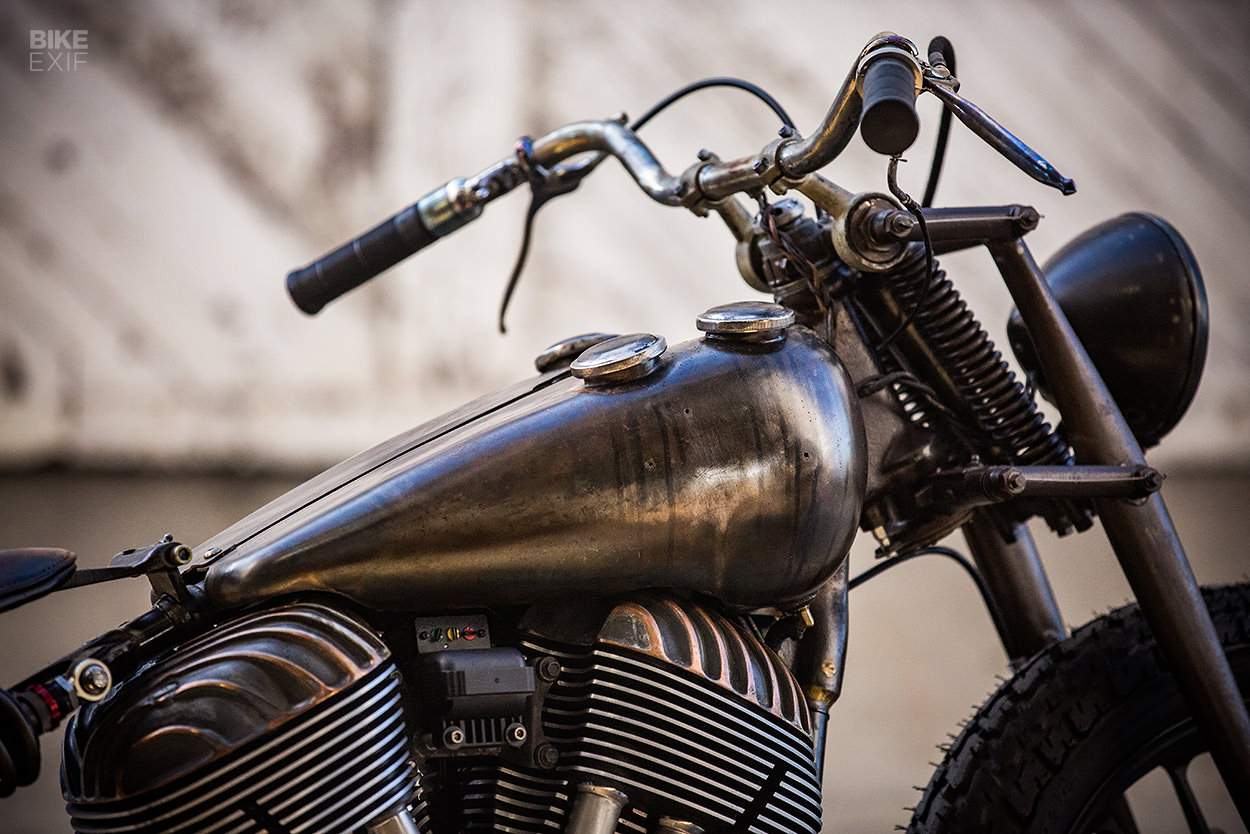 RSD sourced an original 1946 Indian Chief girder front end too, then rebuilt it with parts from Kiwi Indian. There’s a custom-made chromoly swingarm out back, connected to a Ducati Panigale shock from Penske Racing Shocks. 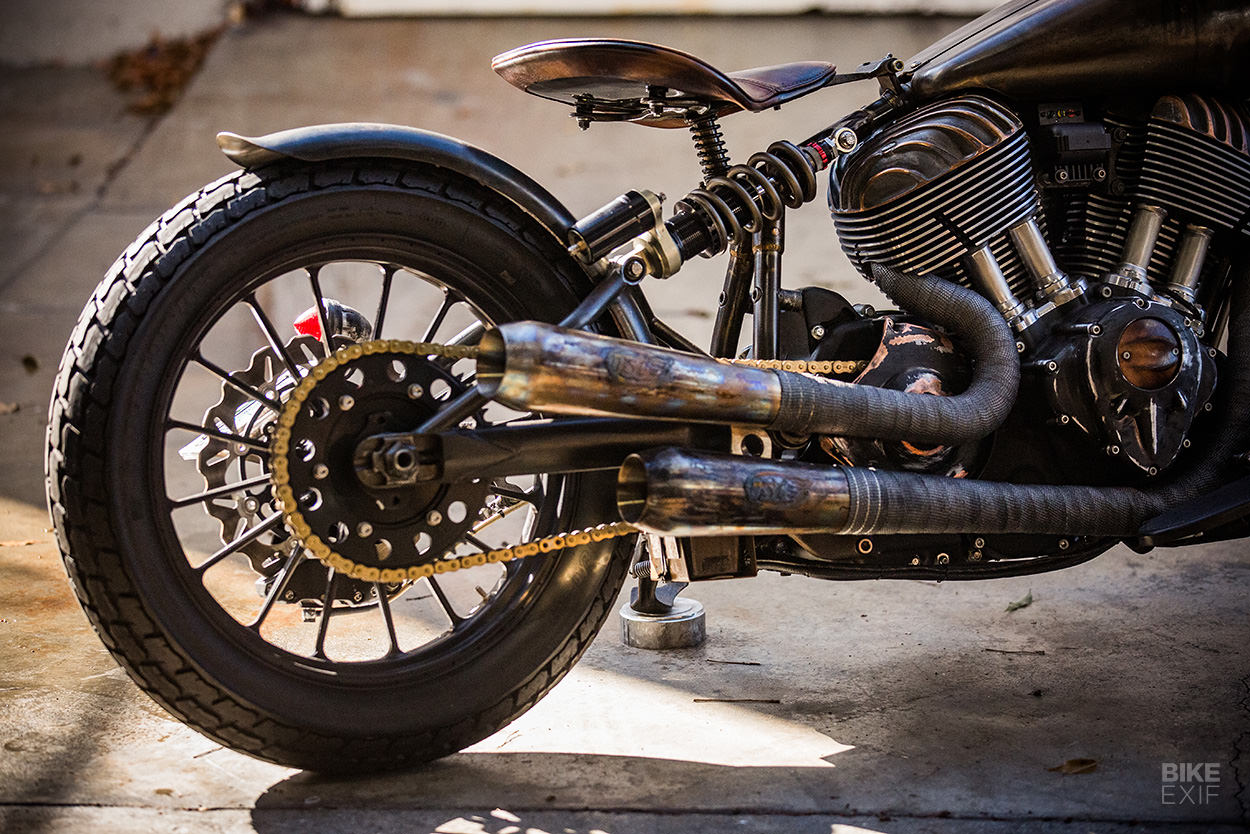 There are Performance Machine brake calipers at both ends, with floating discs from Galfer and new lines from Spiegler. The front brake’s mounted to a handmade bracket that’s welded to the forks. A remote front master cylinder from Exile cycles keeps the cockpit looking retro, with a reproduction Wagner Lockheed-type part doing duty at the rear.

The motor’s had some upgrades too. RSD installed an Altmann Micro Machines Haan P3 ignition system, a mini dual fire ignition coil and a Lithium-ion battery. The front sprocket’s a one-off, and was made by modifying the stock belt pulley. 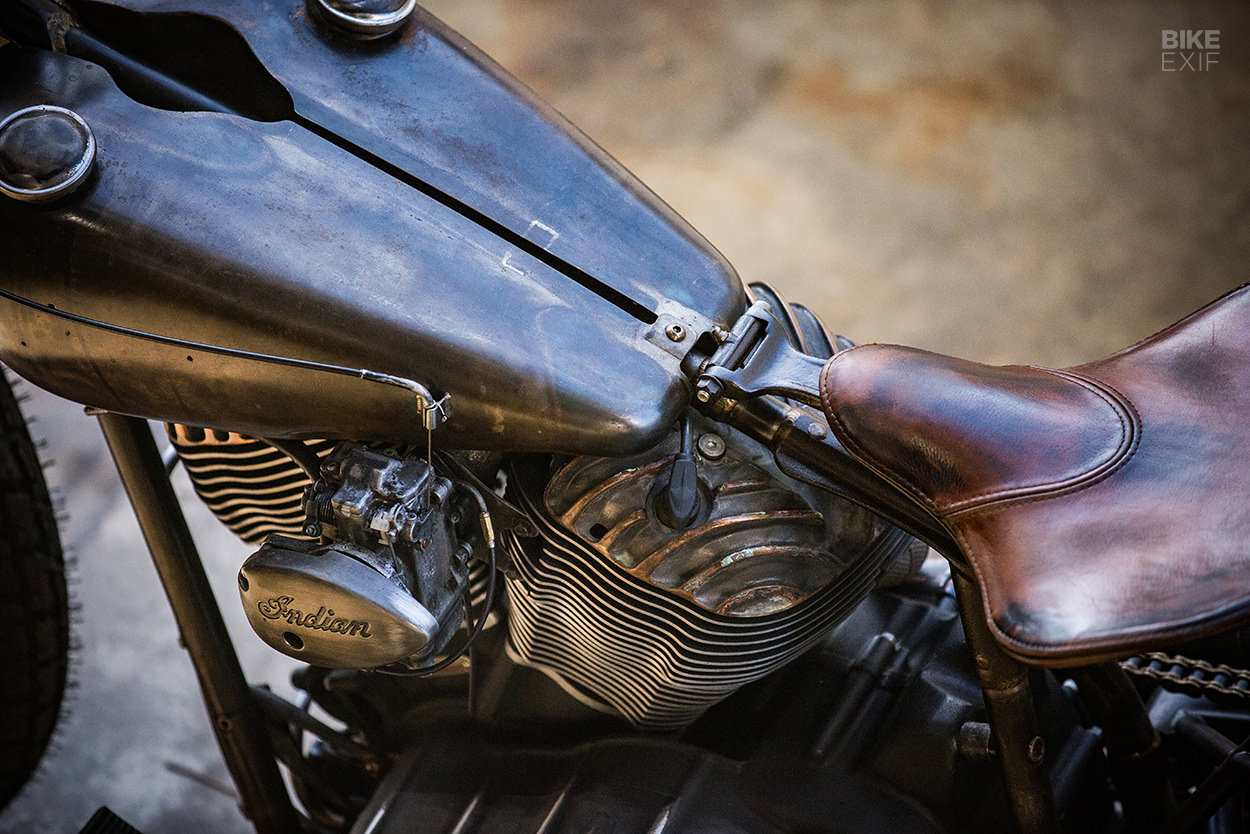 Smaller details include a single-cable Biltwell Inc. throttle, a custom RSD gear shift lever, and a Lowbrow Customs fender to finish off the rear end. 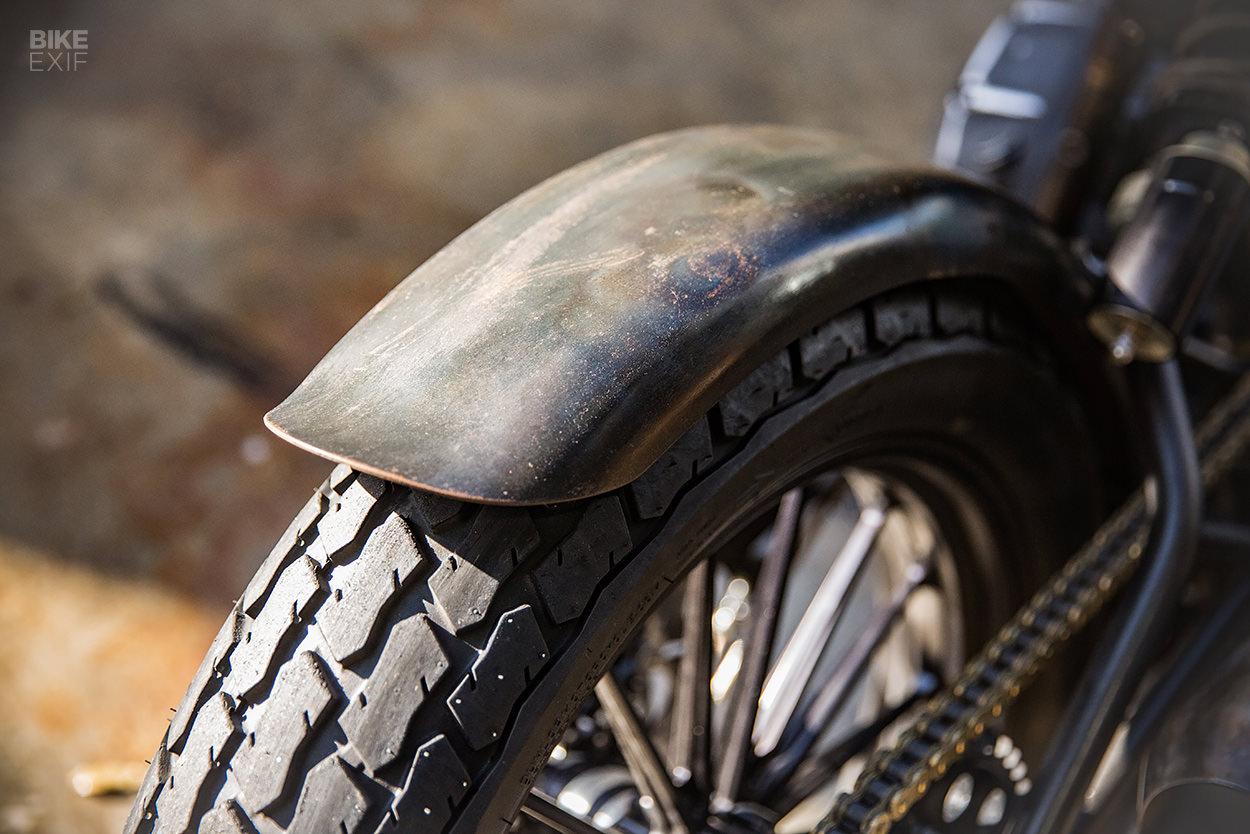 As for the antique look, that request came from the client. “We have built him other bikes that are super shiny and highly finished, but he wanted this one to look really old and barn find-ish,” explains Cameron.

To achieve that effect, Aaron treated the parts with a combination of primer, vinegar, salt, hydrogen peroxide and black paint. He then left them to age for a while, before rinsing them thoroughly to neutralize the chemicals. A final coat of linseed oil was applied to seal the parts up, and make sure they didn’t age further. 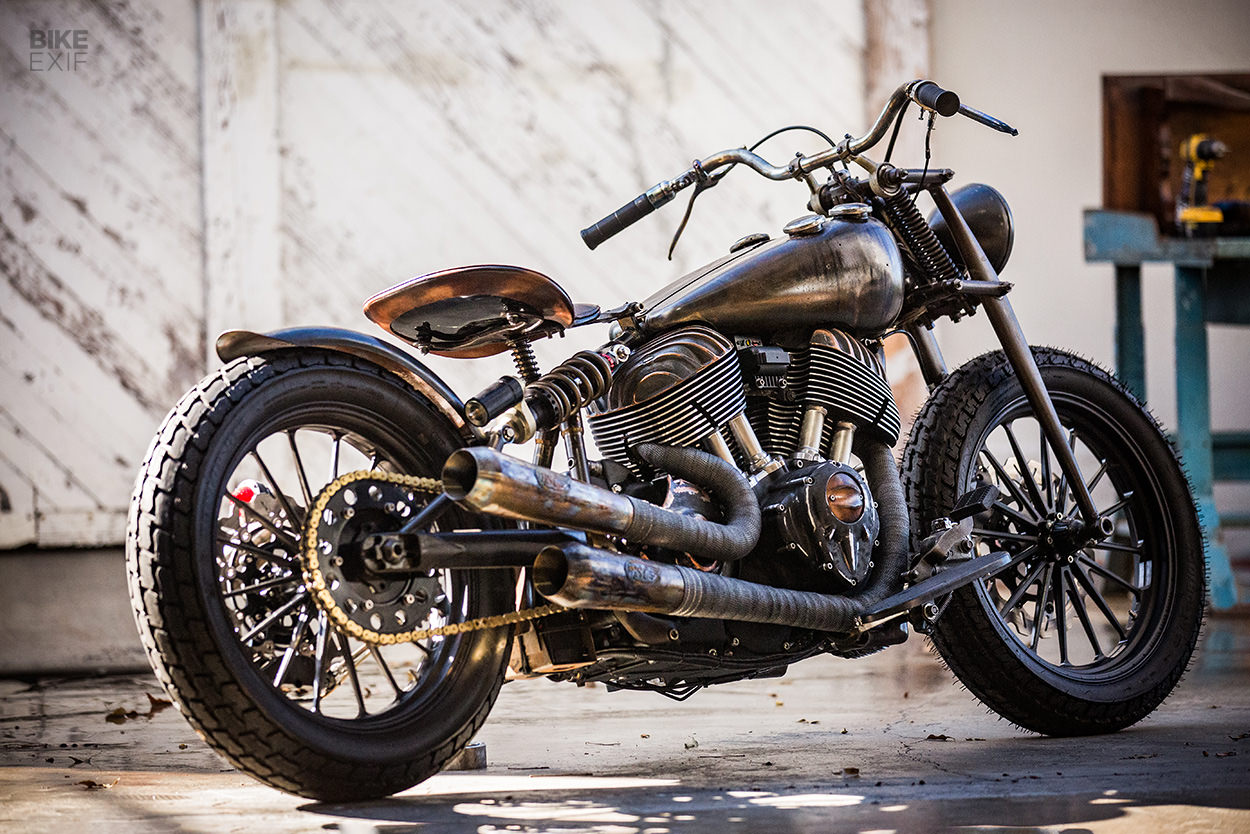 Manufactured patina can be a contentious issue. But we love the idea of a bobber that looks tired, but goes and stops like a modern machine.

It’s the type of bike that someone will spot in the street, and ask “what year is that?” 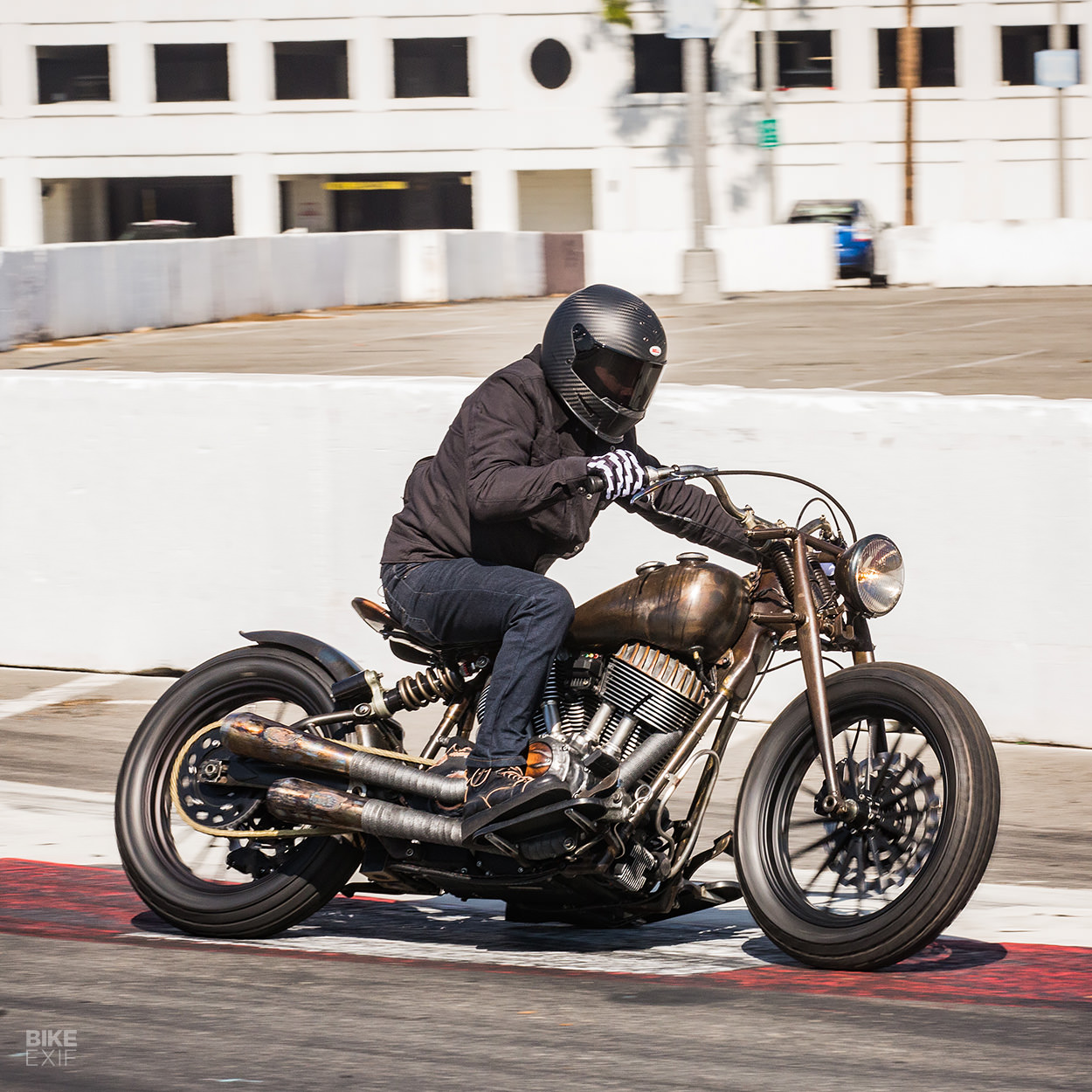