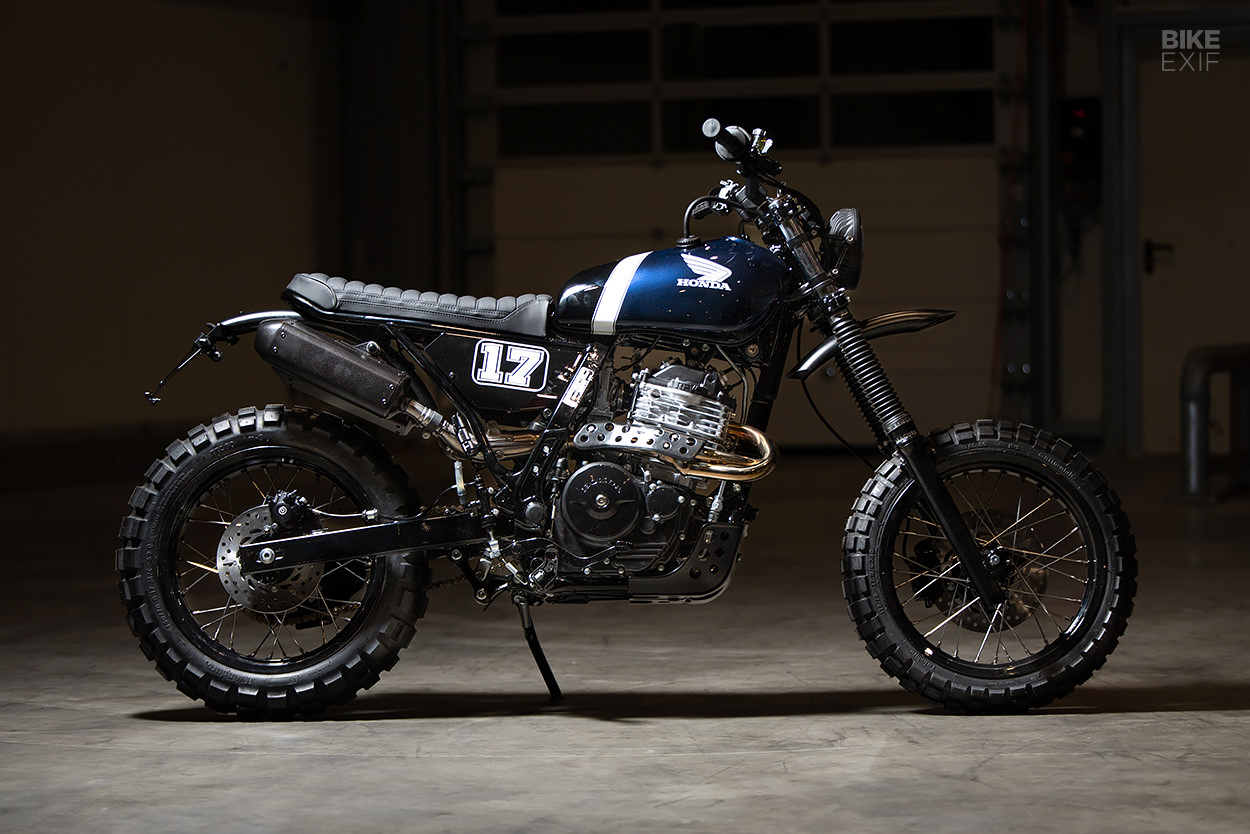 Creating a knockout recipe takes a lot of trial and error. But once you nail it, everyone wants a taste—which is why Holger Breuer at HB-Custom keeps cooking up juicy Honda Dominator customs like this one.

Holger’s first go at the revered Honda NX650 Dominator was a stripped-down scrambler that was commissioned by a client. Next, he took his favorite ideas from the first build, refined them, and built a second Dominator as a showpiece. It was a hit, and he’s now getting more requests for builds in that style. 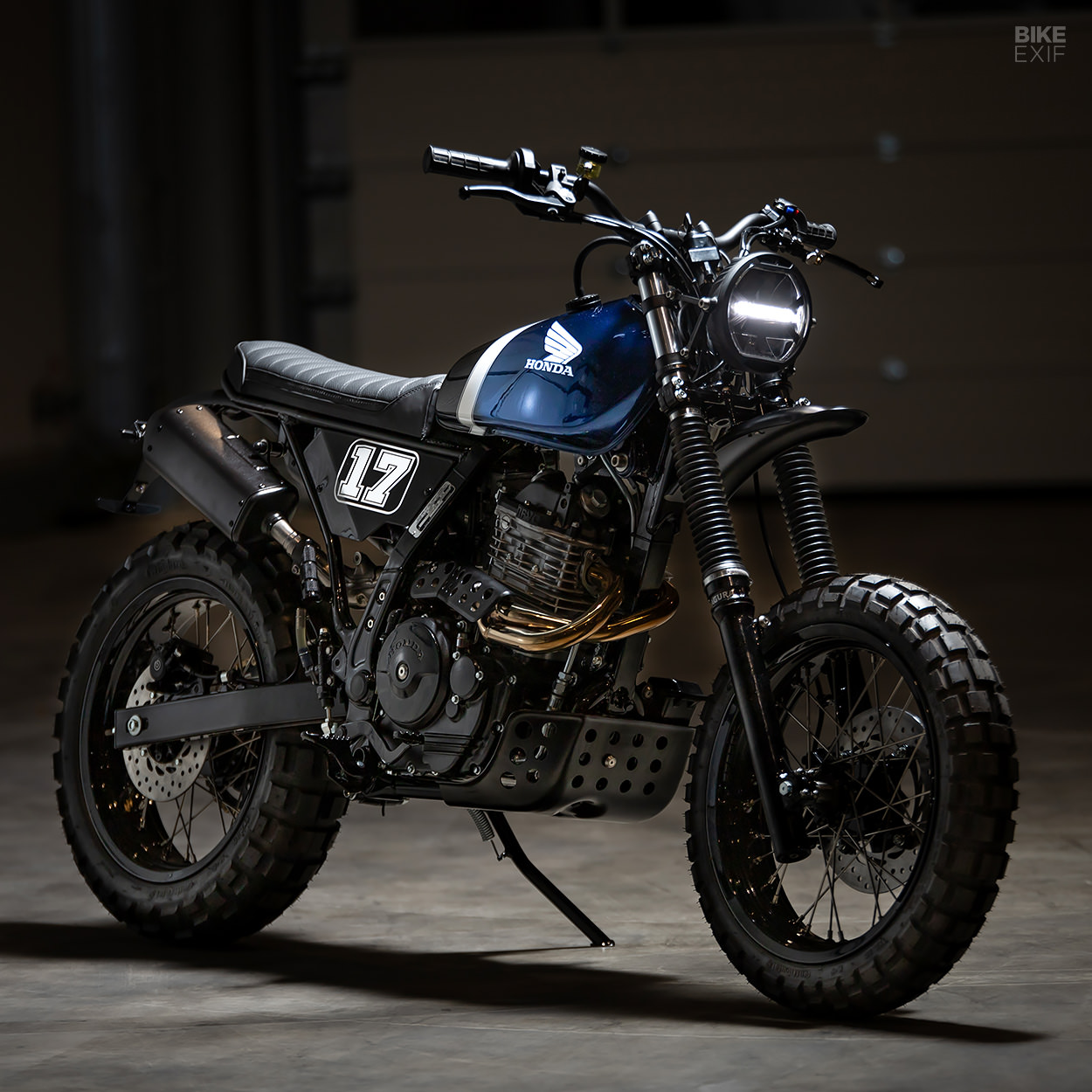 HB-Custom is based in the maritime town of Husum in Germany, but this order came from a client much further south, in Switzerland. Enamored with the style of the two previous Dominators, he was happy for Holger to source a donor and run with it.

Holger found a 1994-model NX650 that ticked all the right boxes, and hauled it into his workshop. 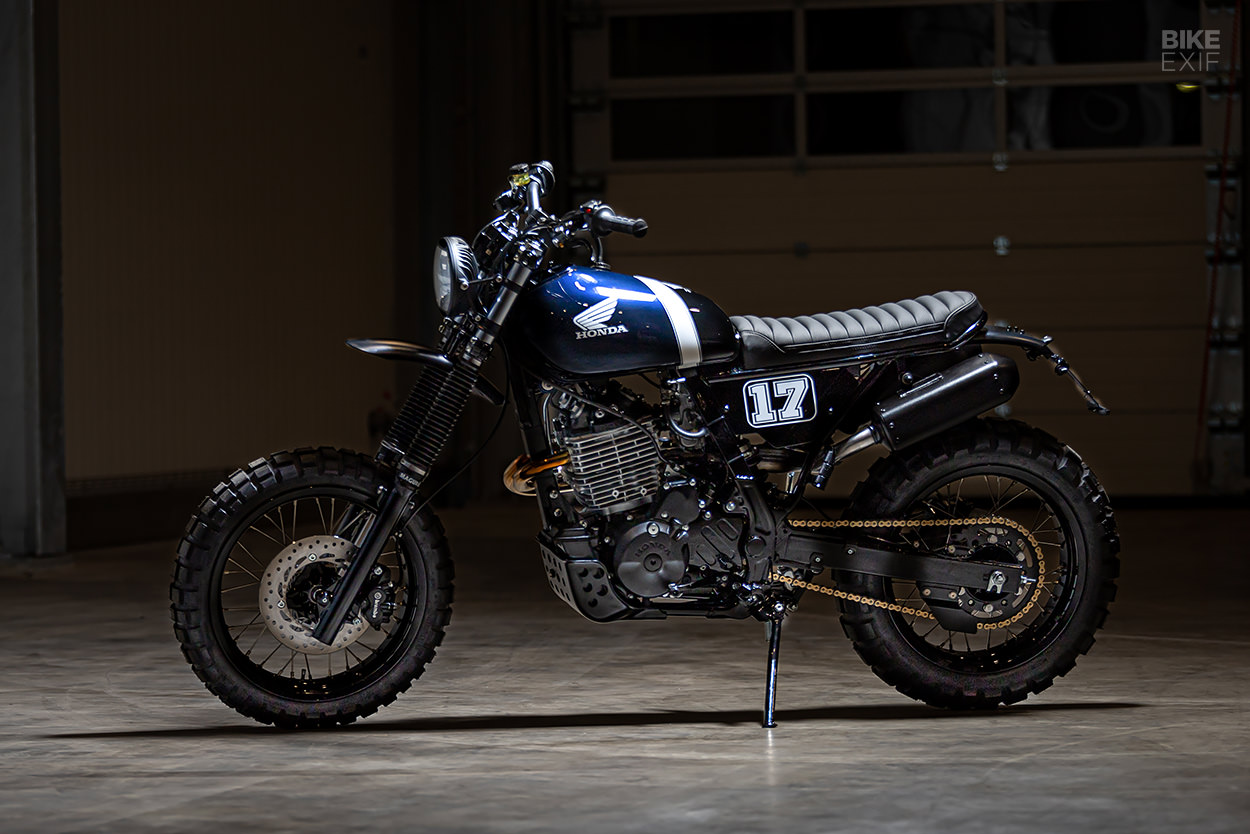 As an added bonus, it was already fitted with 17” wheels—something that he would have changed anyway to suit the scrambler-slash-supermoto vibe he does so well. So he simply added a set of Continental TKC80 tires, for the right balance of dirt and asphalt grip.

Later model Dominators came stock with Brembo brakes, so there was no need to upgrade those either. On the suspension side, Holger rebuilt the stock forks, and installed a fresh YSS shock at the back. 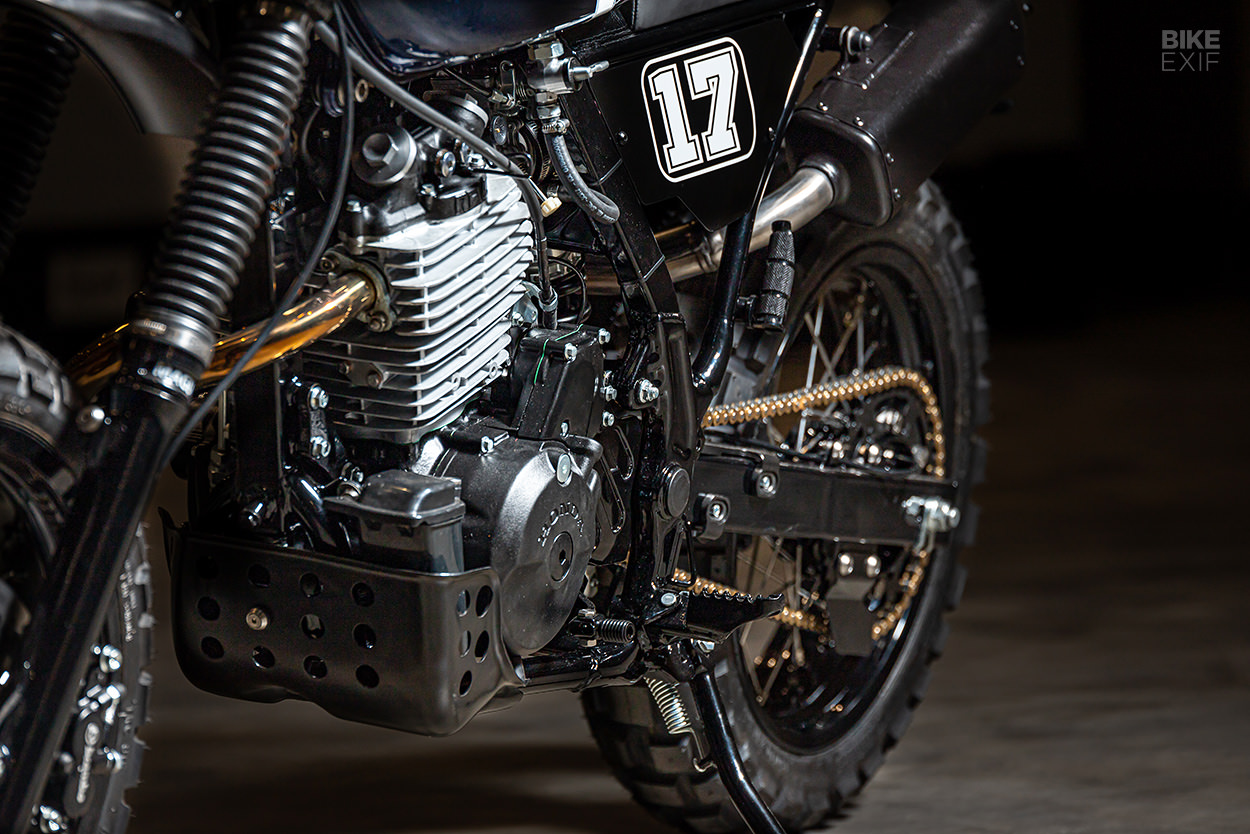 The engine needed love though, so Holger tore into it with a complete rebuild. It now has fresh piston rings, valves, a new timing chain and bearings, and a rebuilt clutch. The Honda was also treated to a full rewire, along with a Lithium-ion battery and a new digital ignition.

Holger upgraded the carb to a Mikuni TM40, equipped with a K&N filter. The new exhaust system follows the same style as his previous Dominator—it’s a modern twin-pipe system, pieced together from heavily tweaked Honda CRF250 and XR600 parts. 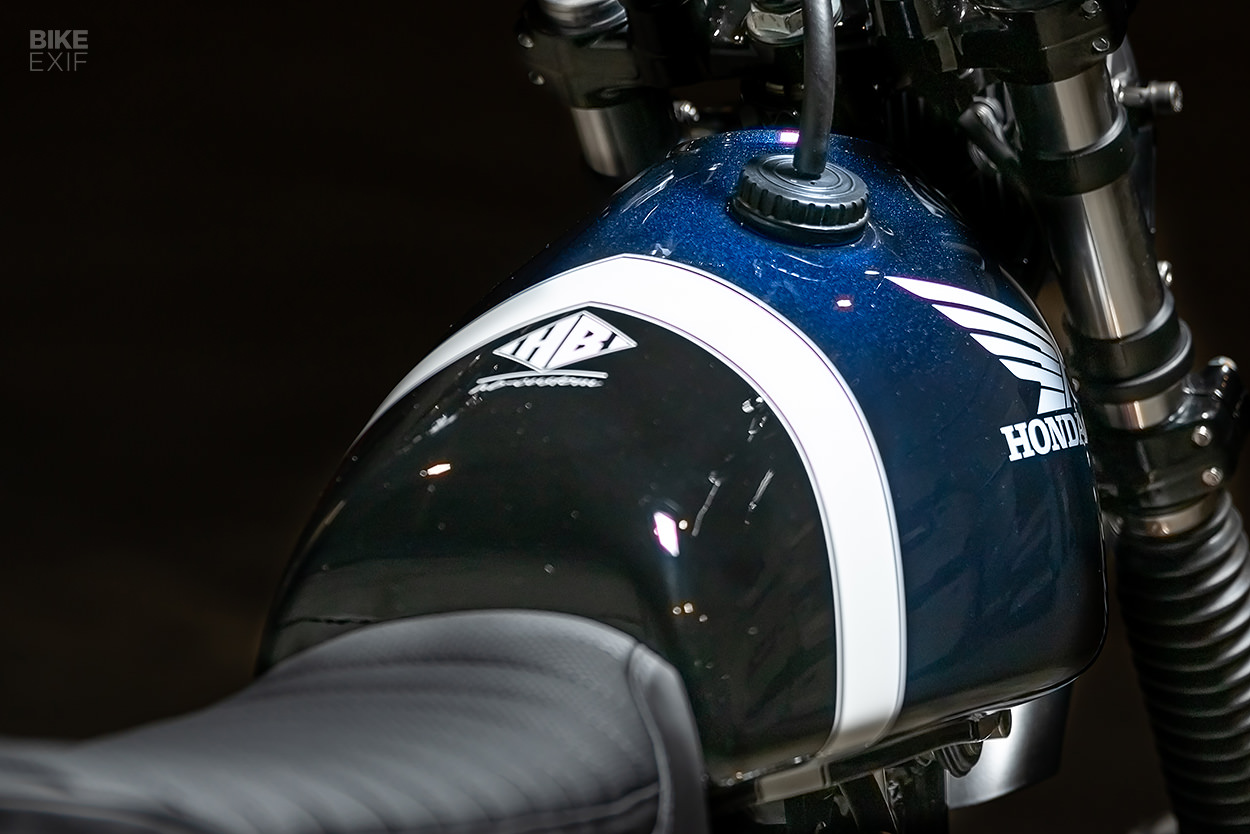 Naturally, all the original Dominator bodywork’s been binned. In its place is the fuel tank from a Yamaha XT500, modified to fit the Honda’s frame.

Holger rebuilt the subframe out back, then fabricated a set of side panels to flank it. The custom seat is ever so slightly longer and thicker than some scrambler perches we’ve seen, and there are extra foot pegs to take a passenger in a pinch. High-mounted fenders cap things off at both ends. 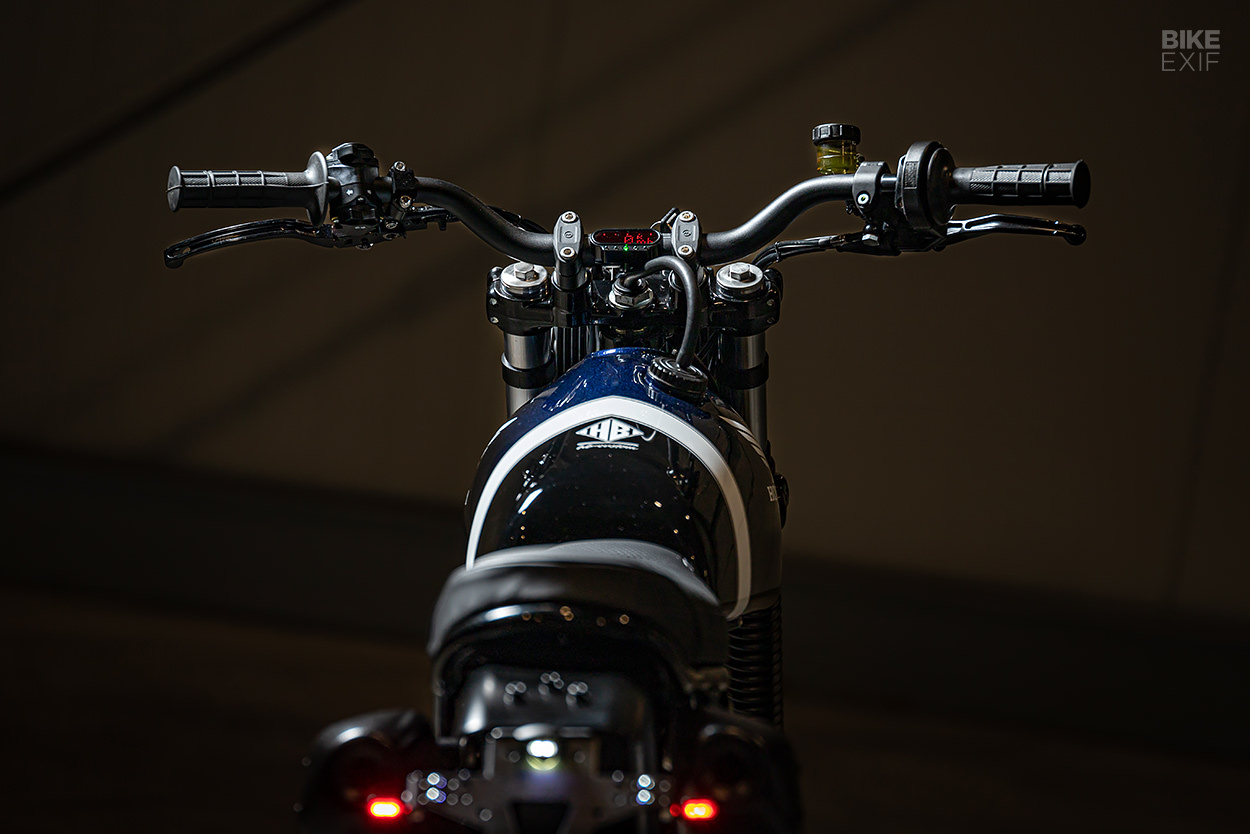 Up top you’ll find a full complement of Magura goodies, including the risers, handlebars, throttle, and brake and clutch controls. Holger also installed a tiny digital speedo and LED warning light strip from Motogadget, neatly mounted between the risers. There’s LED lighting all-round; a Koso headlight attached to custom brackets, turn signals on the forks, and a pair of LED taillights mounted to the license plate holder.

The paint job was a last minute decision, inspired by a car that Holger’s painter had just done in the same blue. 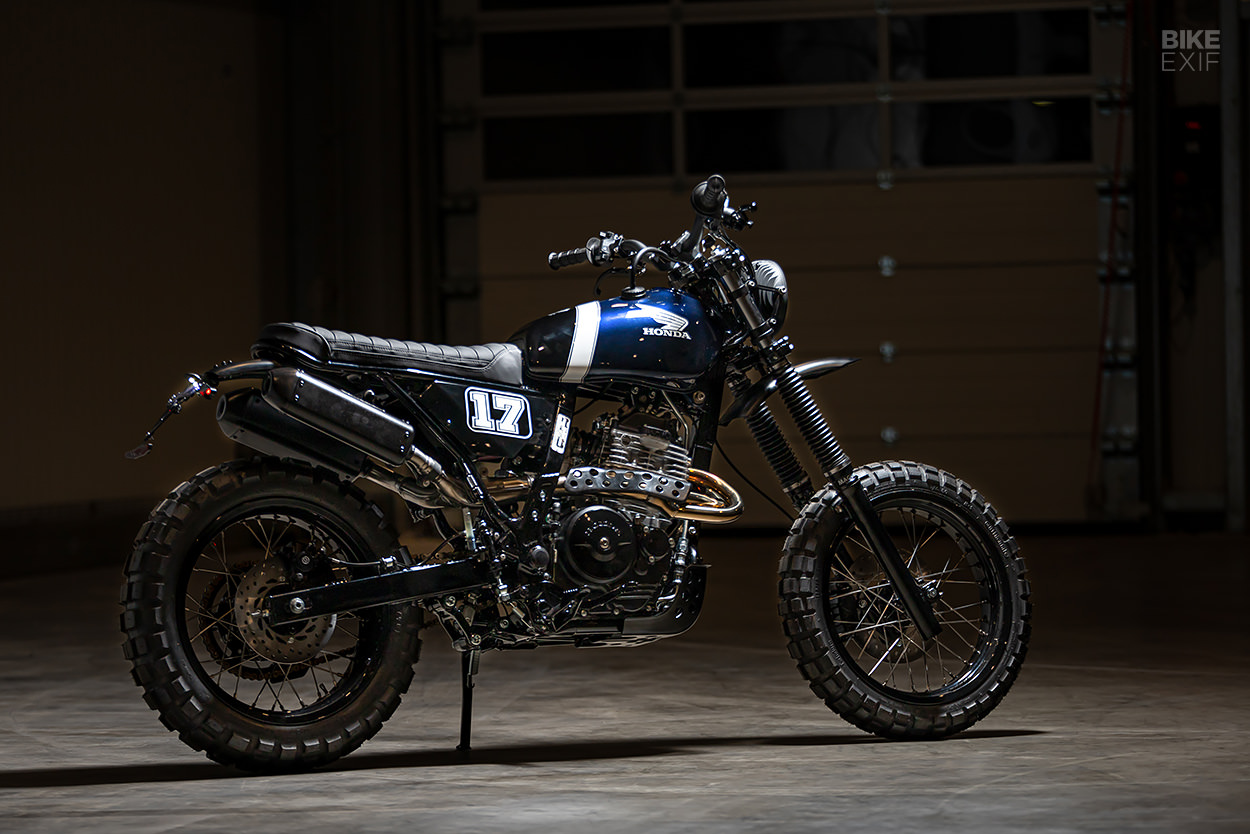 From the stance to the finishes, HB-Custom’s third Dominator build is dripping with style. There are clear ties to its predecessors, but here, it feels like Holger’s picked the best of each to perfect his signature take on this die hard Honda scrambler.

So will he build more of these? Almost certainly, especially since he can now piece them together with his eyes closed. 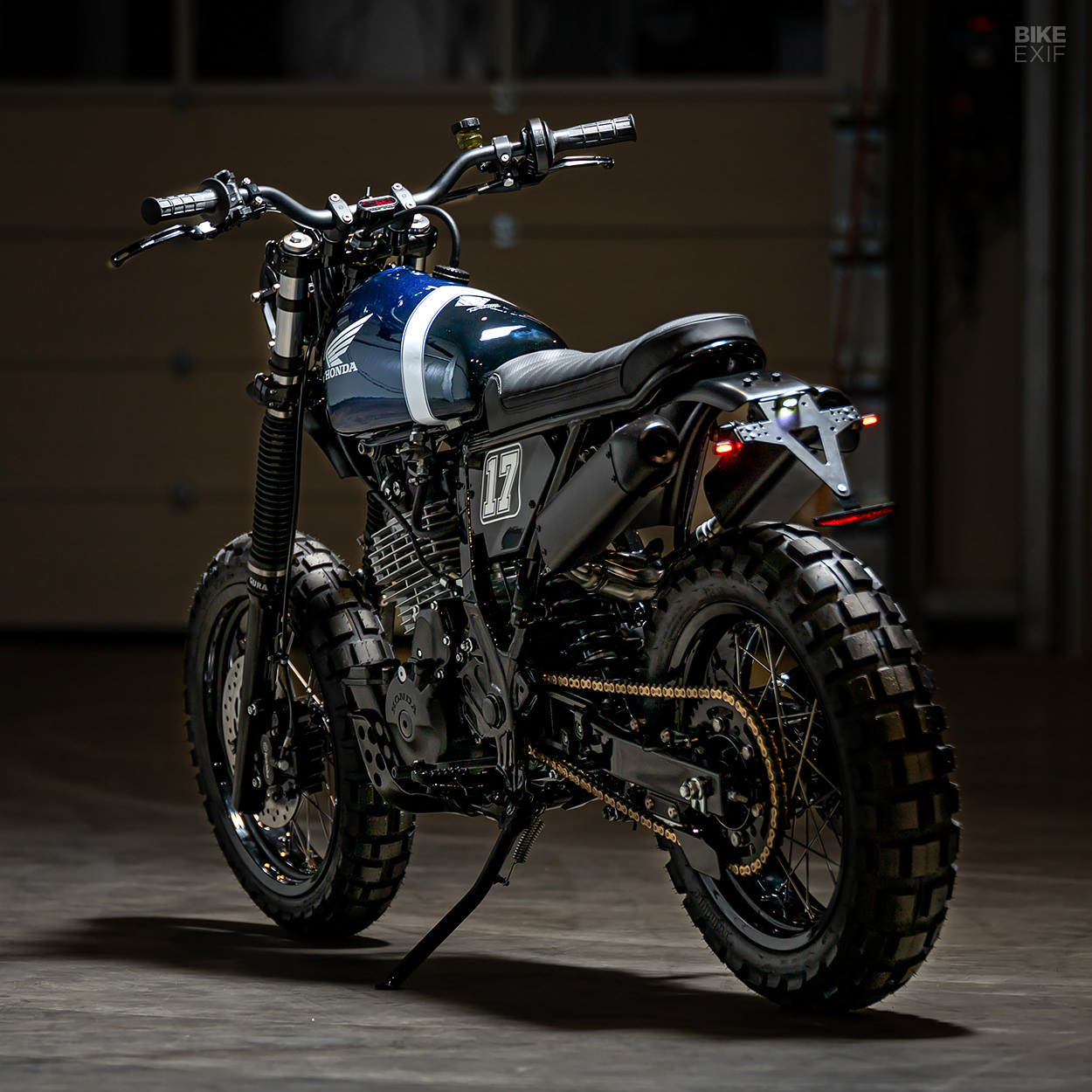