Inch Perfect: Close up with AC Sanctuary’s A16 demo bike 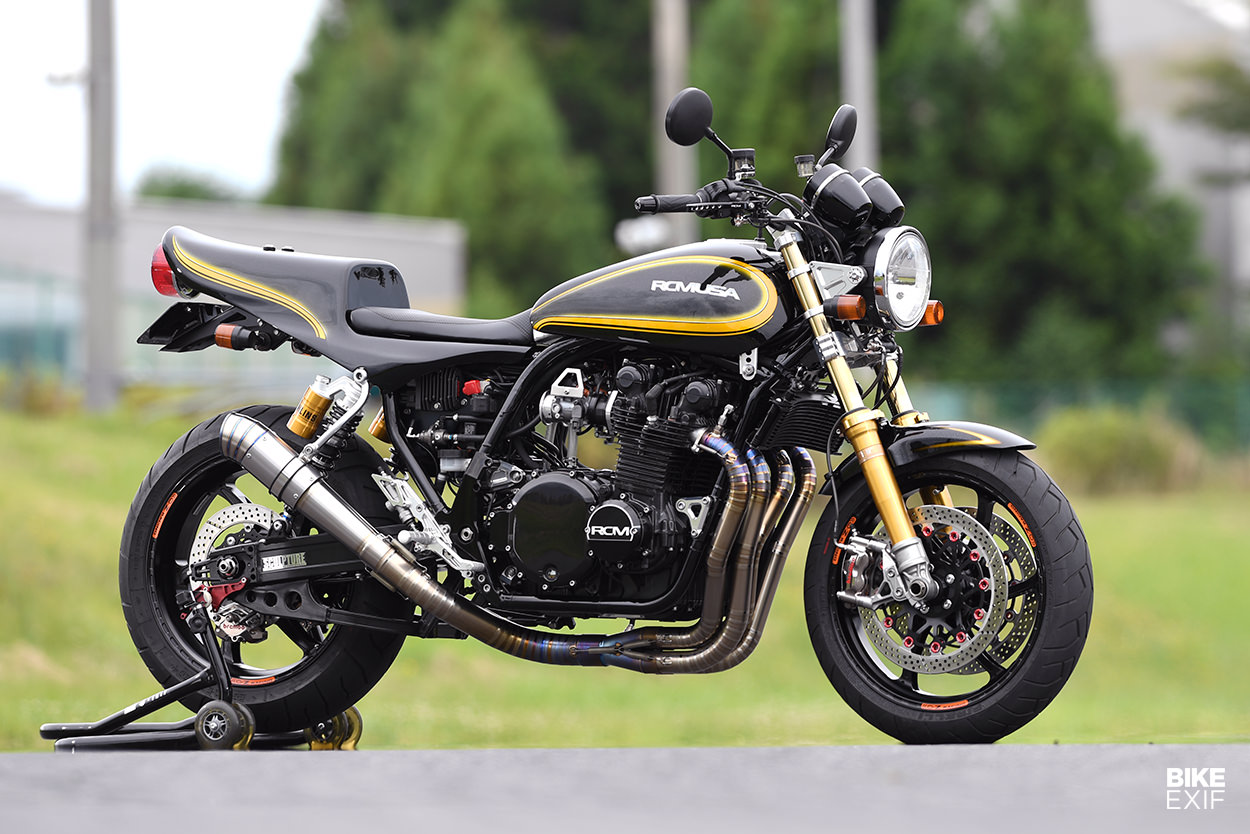 If there’s any proof that motorcycling is a universal language, it’s the global fame of AC Sanctuary. Set up in the mid 90s by mechanic Hiroyuki Nakamura, the Japanese workshop rose out of obscurity to become a high water mark for fast and desirable retro racers.

That’s despite Nakamura-san and his crew speaking no English. The company website is mostly monolingual too, and until three years ago, AC had no overseas representation of any kind. 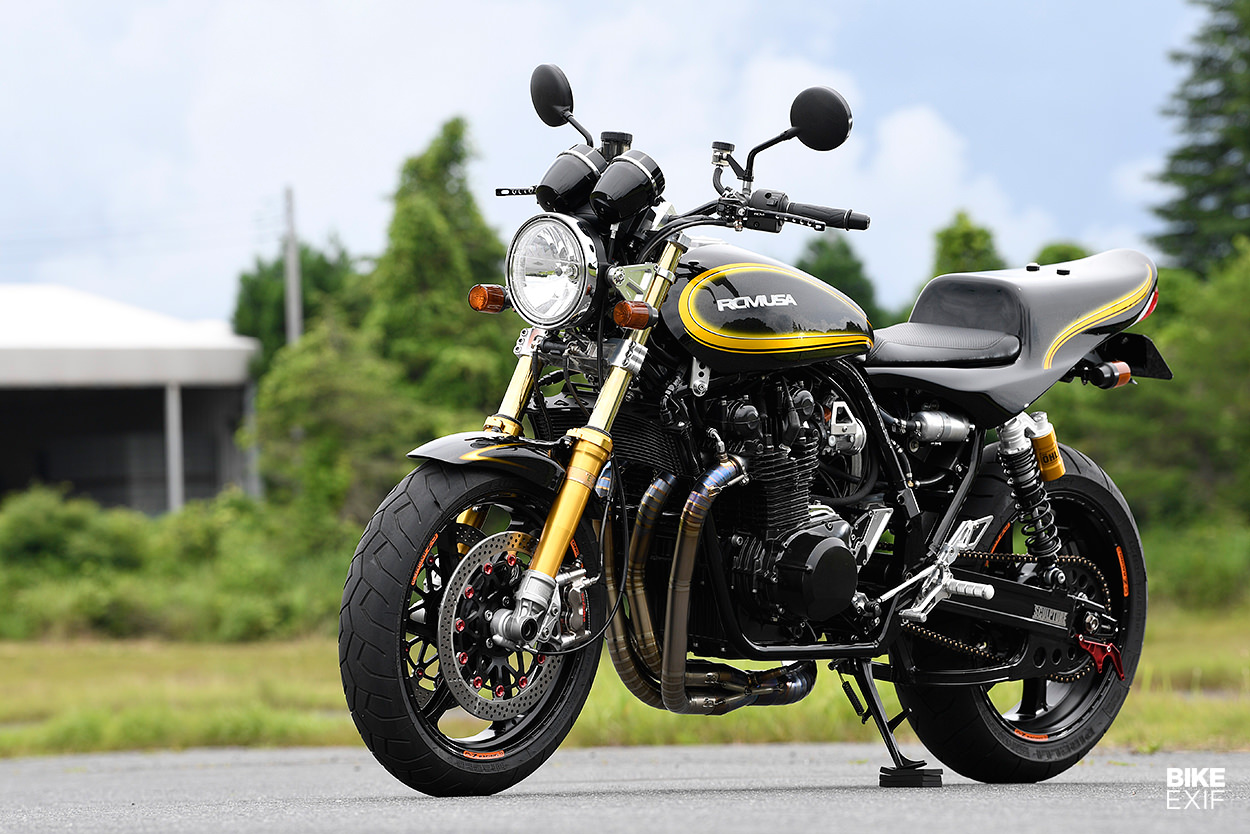 The Asphalt Cowboys opened a small office in Gardena, California, to ease the passage of parts and bikes into the States. And then they shipped over the bike shown here—for potential clients to test ride, presumably before wiring a few million yen to Japan to commission a replica.

This bike is based on the classic Kawasaki ‘Zed,’ the platform that AC built its name on. It’s one of a new series called A16, with a production run of 30 bikes planned, and it’s now back in Tokyo. 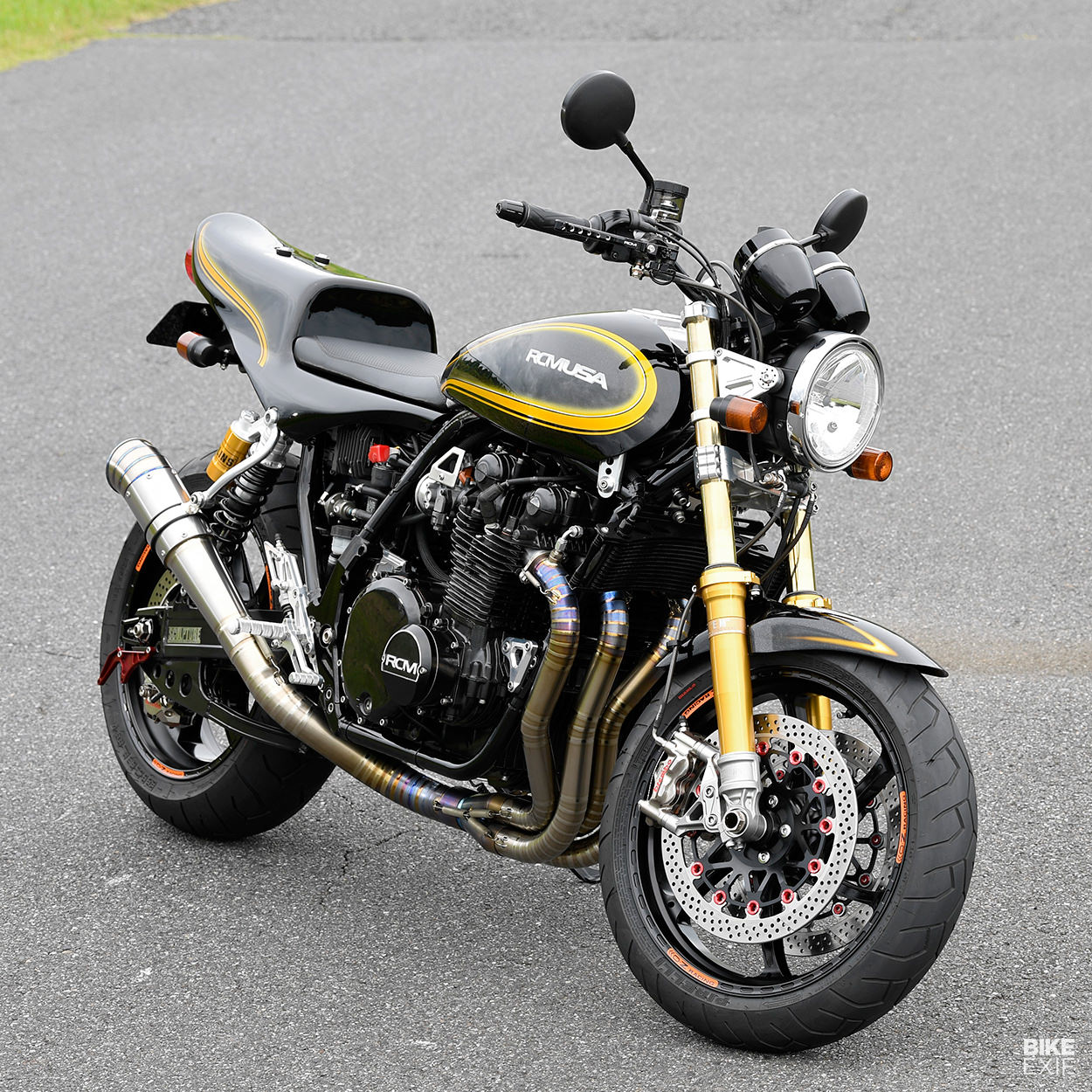 Eight A16s have been built in Japan already. The machine shown here is #4 in the sequence, and it’s part test mule, part demo bike.

Like most of AC’s Kawasaki builds, this A16 is dripping with high-end parts. The recipe is familiar: a custom frame, albeit loosely based on the Kawasaki original, plus Öhlins suspension. The wheels are supplied by OZ Racing, the brake calipers are Brembo, the discs are Sunstar, and the exhaust system comes from Nitro Racing. 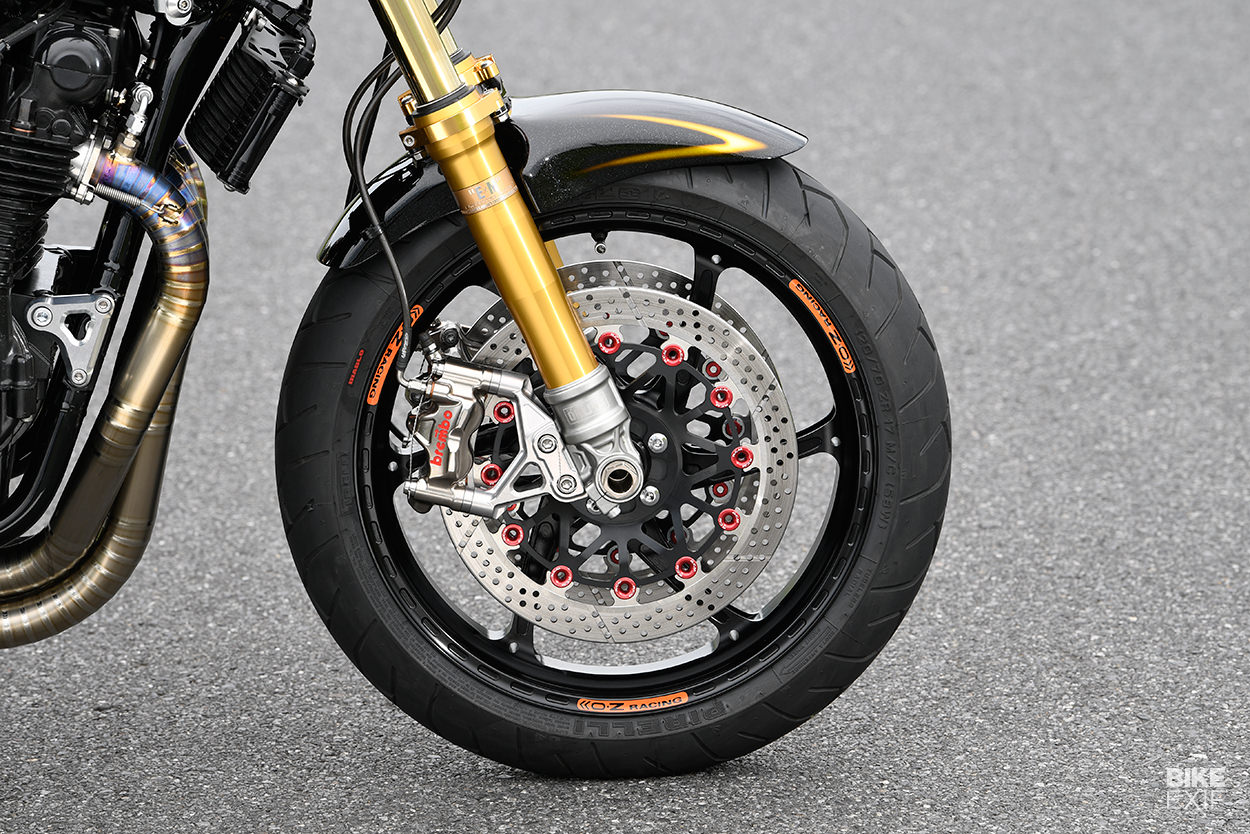 The A16 platform incorporates multiple new refinements, and many of them are subtle but effective amendments to the frame geometry. “The standard Sanctuary Z-type frame is not a chassis suitable for the properties of modern, high-spec radial tires,” Nakamura explains.

The big deal is that the A16 frames are specifically designed for 17-inch wheels and high-performance rubber. That means repositioned steering necks, better-optimized rigidity, and redesigned swing arm pivots. The swing arm itself is a classic double-sided unit, and has been given extra width and bracing.

Multiple new parts have been designed in CAD, and are then machined out of SS400 steel ingots. Even the engine mounts have been redesigned, since racing experience has shown that the mounts can have a surprising impact on handling. The top nut on the steering stem is a modern Ducati item, chosen for its tight manufacturing tolerances, and the bars are a new, slightly upswept design. 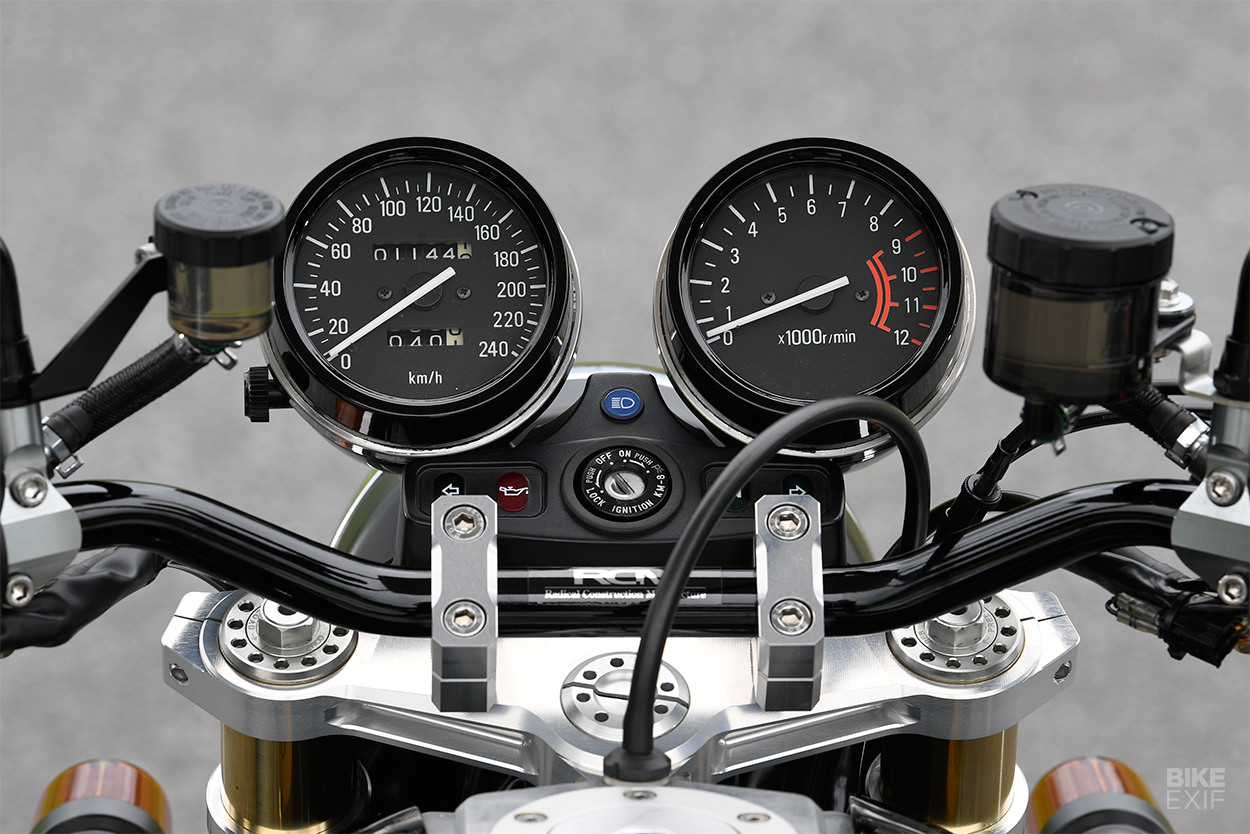 Nakamura describes the changes as a ‘transformation,’ and says that the handling of the A16 series is ‘practical.’ “It’s not just for racing,” he says. “It’s something that you can fully experience even at legal speeds. It feels ‘easy to ride’ even when touring or in the city.”

That easy-going nature is helped by smooth power from a heavily modified KZ1000 engine—an inline four that the AC Sanctuary mechanics are very familiar with. 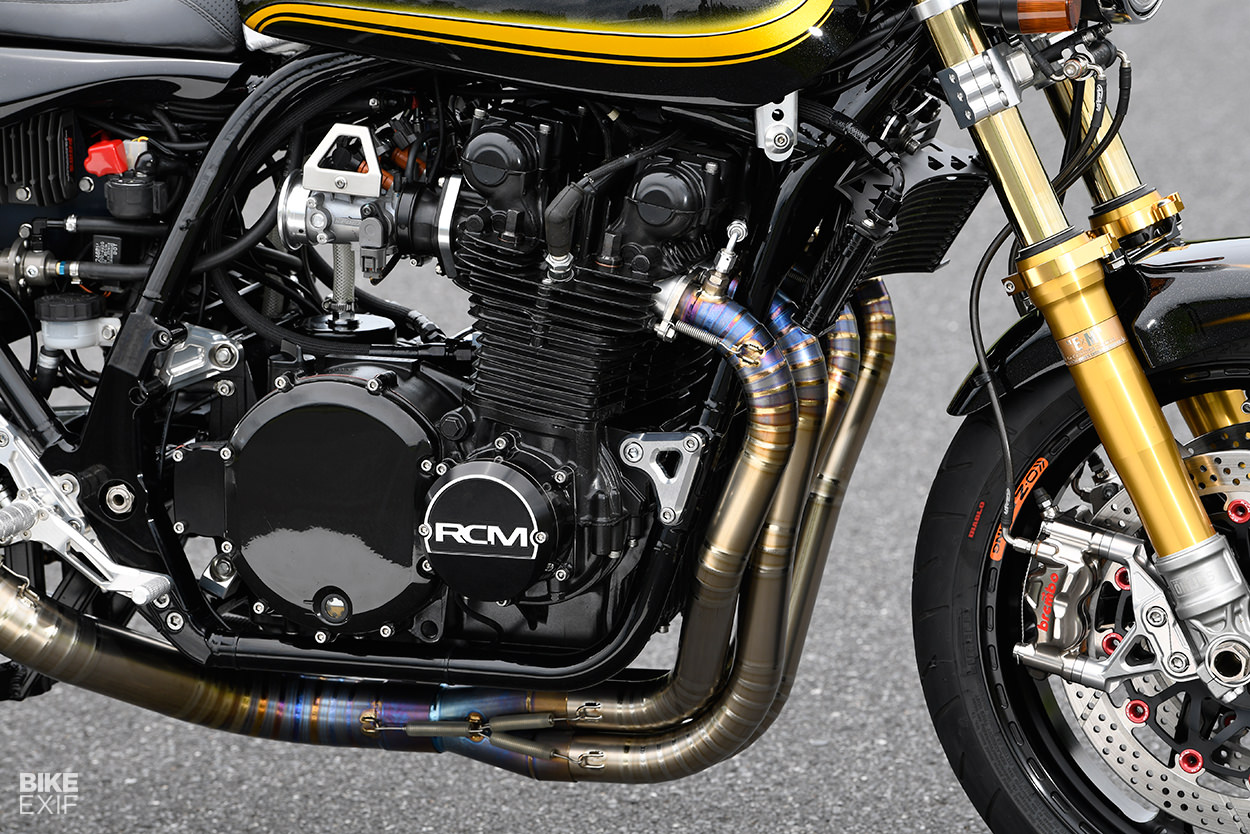 AC have traditionally replaced the stock carbs with sportier setups—such as 38mm Yoshimura Mikunis—but in this instance they’ve switched over to fuel injection.

Kawasaki’s own attempt at injecting the big air-cooled engine in 1980 didn’t go too well, but you can guarantee Nakamura’s crew will have done a good job. They didn’t have much choice in the matter: under Japanese law, this machine is technically a 2016 bike, and therefore has to meet the emissions regulations for that year. It’s a problem that AC will increasingly face, so they’ve tackled it head-on. 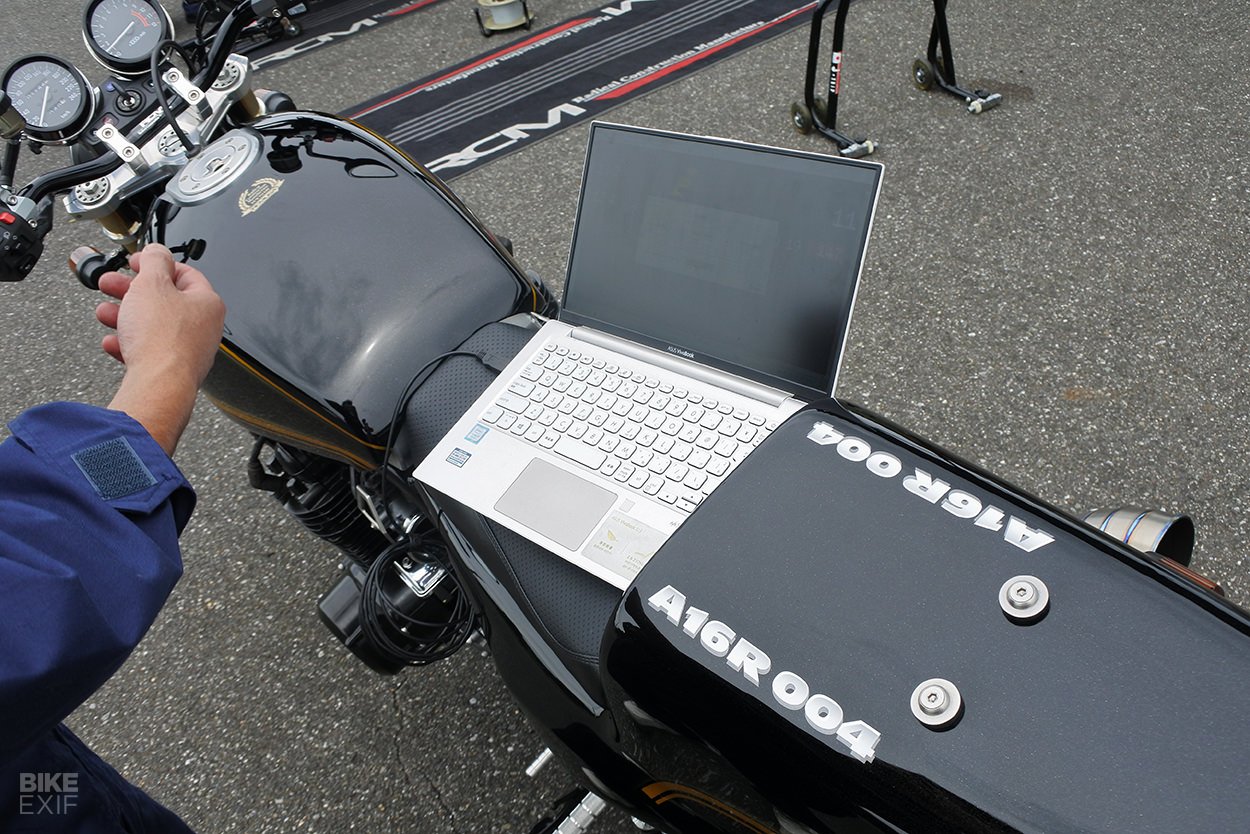 Not many shops would be inclined to develop an EFI system that works with an older engine, but AC have been hot-rodding these motors for over two decades now—and there’s nothing old school about their approach. At a recent shakedown test at the short track Tomin ‘mini circuit,’ the EFI programming on this A16 was repeatedly finessed after feedback from test riders.

On an A16, the metal parts of the engine are also in better condition than when they left the factory. Once a motor is sourced, it is stripped down, blueprinted, and refinished. Everything that is worn is replaced, with goodies including oversized valves and Vossner pistons. All the fasteners are new and uprated, and so is the entire clutch assembly. 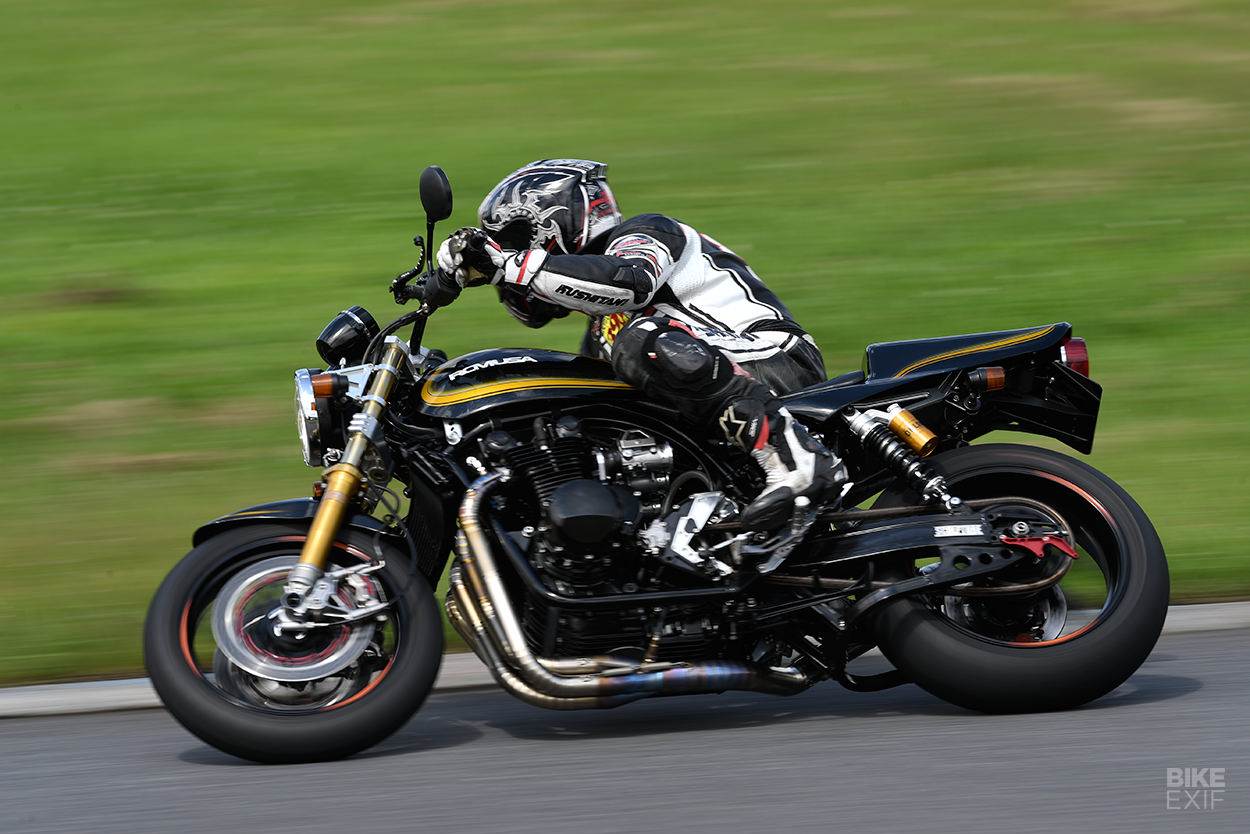 The frame modifications meant new bodywork. The GRP tank sits over a new design of fuel cell, and the seat unit is a one-piece assembly that lifts up at the turn of a key.

The A16 is at the cutting edge of custom tech, but Nakamura-san draws the line at things like LED lighting. The blinkers are chunky, and the brake light is enormous by modern standards. But everything feels ‘right.’ 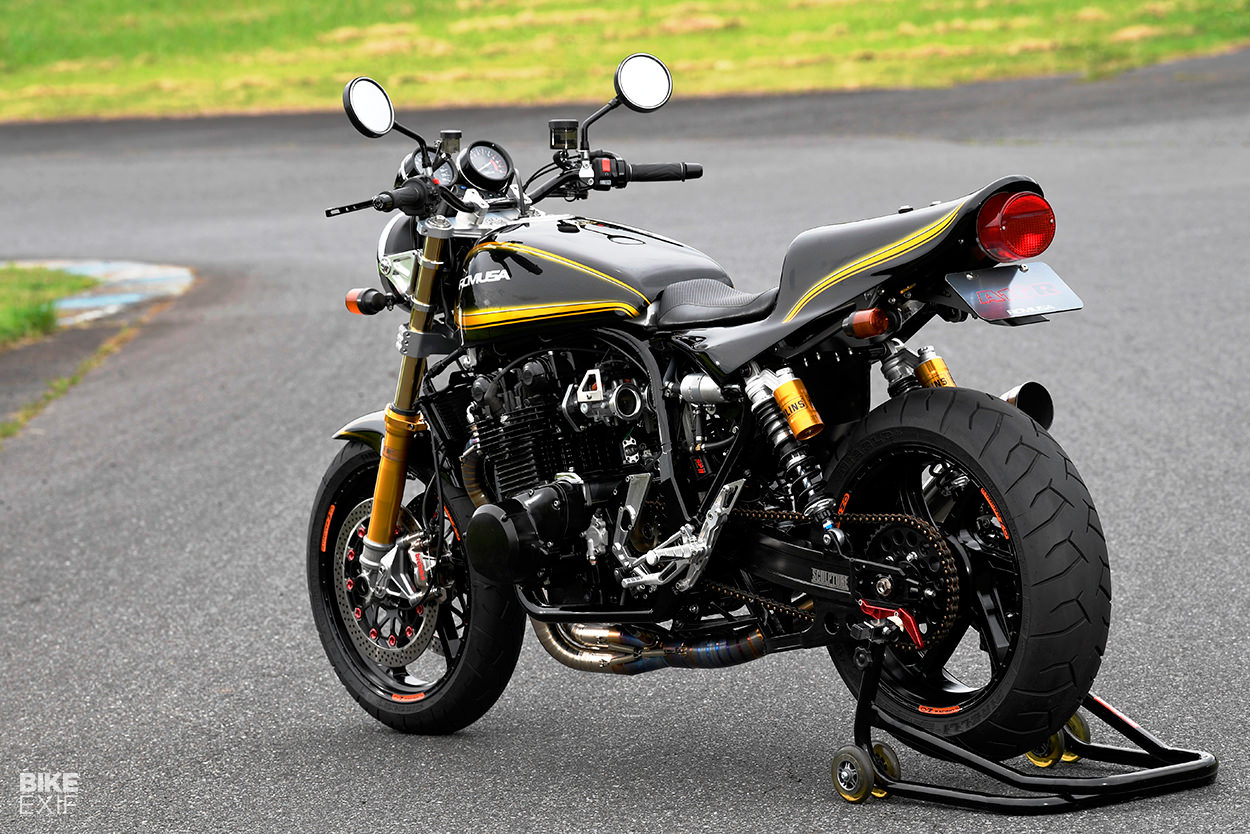 This A16 might be back in Tokyo after its brief sojorn in California, but AC’s local office can still take your order. You’ll probably find yourself resorting to Google Translate rather a lot, but it’ll be worth it. 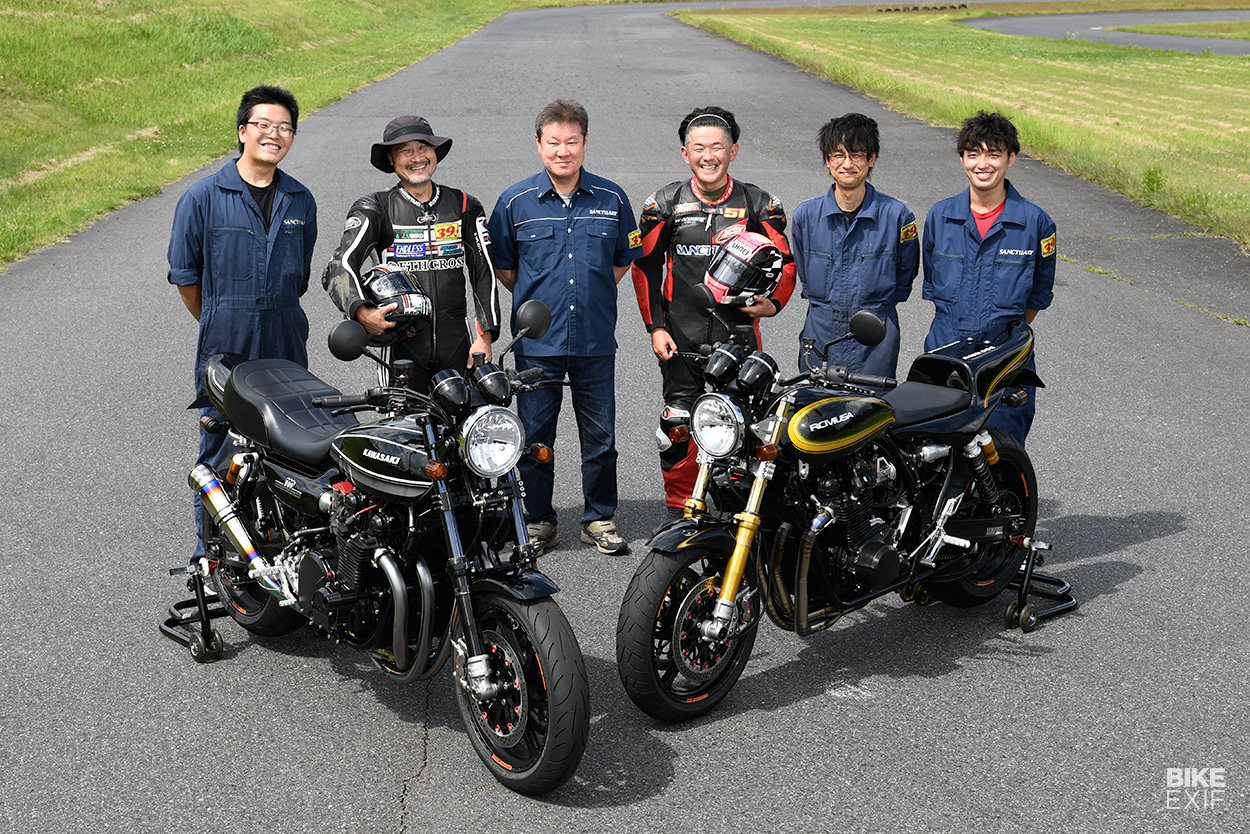