Play Mystic for Me: A BMW R80R scrambler from Warsaw 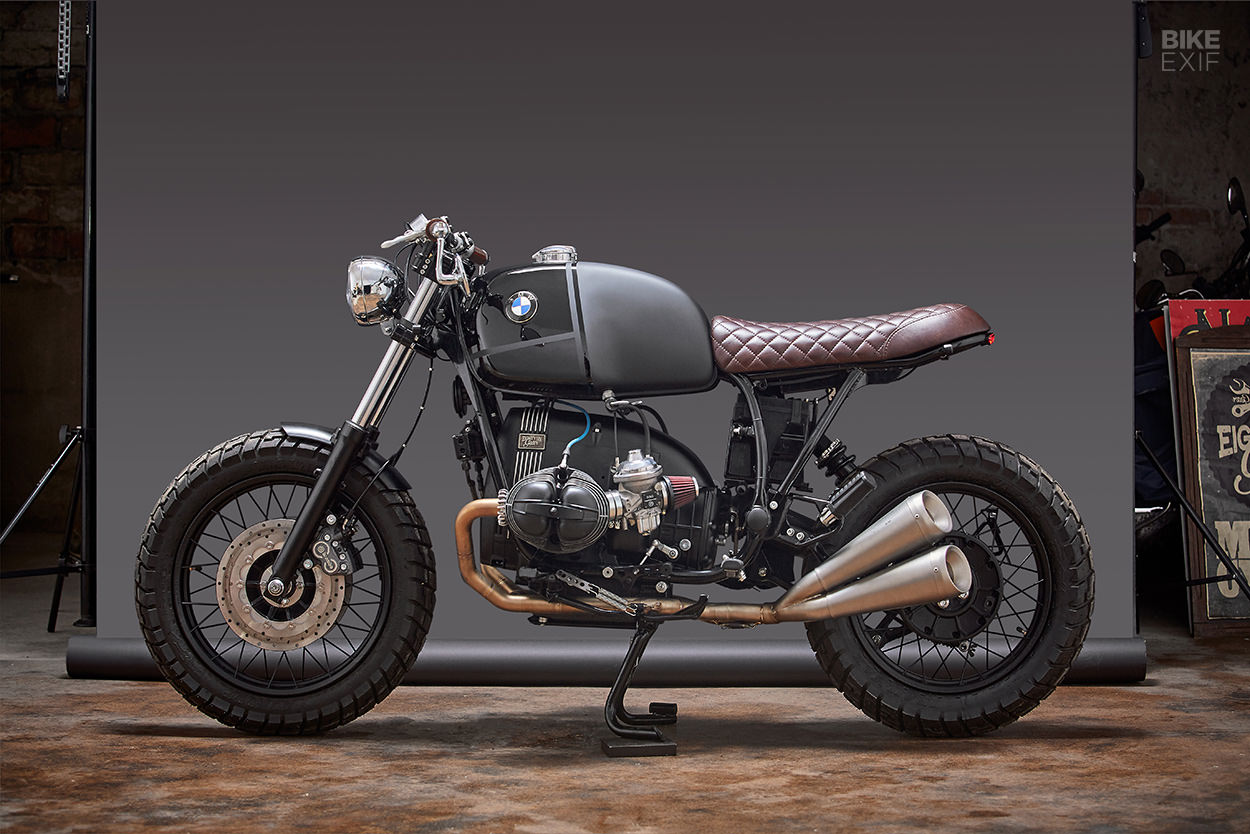 BMW Motorrad has a few quirky gems in the back catalog—like the early-90s R80R Mystic. As one of the last two-valve boxers before the four-valve ‘1100’ took over, the Mystic bundled some of BMW’s newer tech into a ‘factory custom’ aesthetic that didn’t quite gel.

Released as both R80 and R100 versions (depending on your country), the Mystic was sort of a road-going version of the adventure travel R100GS. It borrowed the GS’s tank, seat and burly Paralever swingarm, and it came with 18F/17R tubeless spoked wheels. But it had some retro touches too—like BMW’s older ‘peanut’ valve covers, and a chromed headlight bucket and clocks. 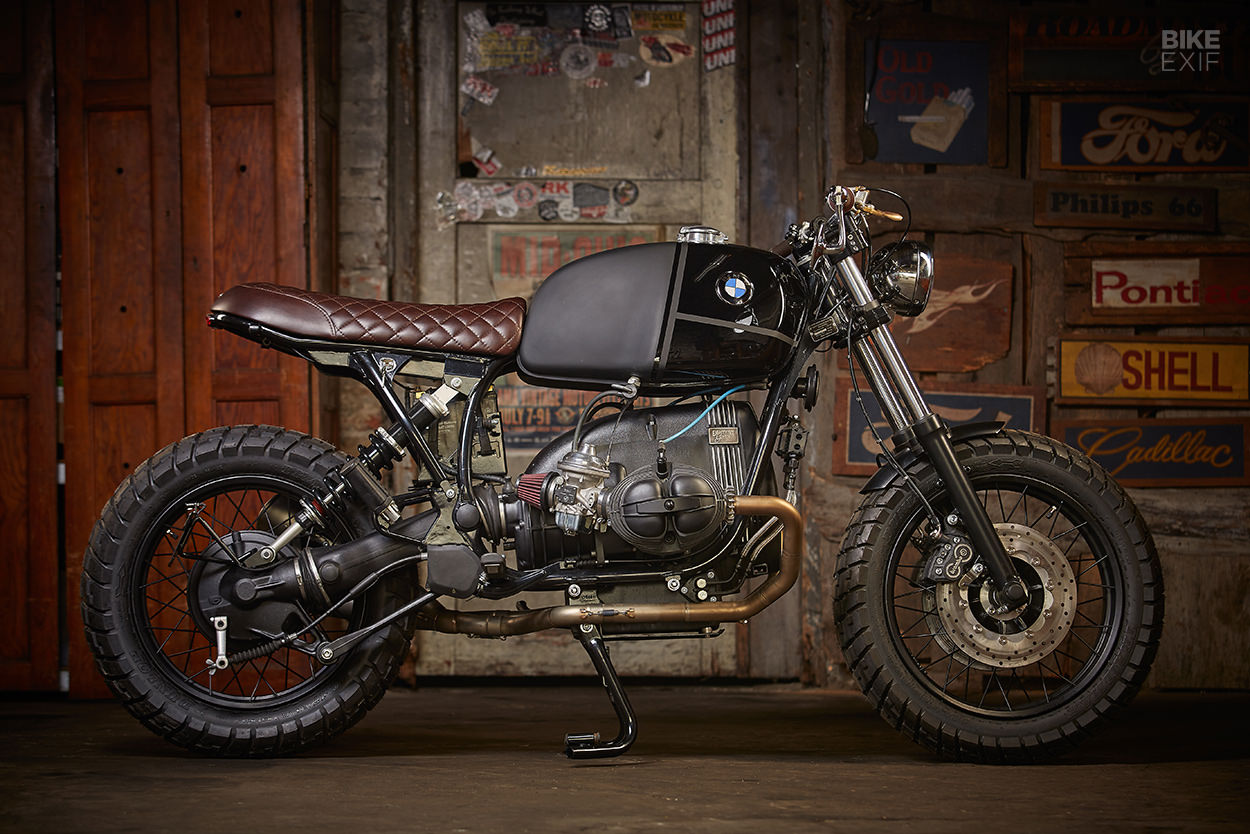 So while it’s a bit of an oddball in standard trim, it has great bones for custom work. And that’s exactly why 86 Gear Motorcycles in Warsaw, Poland, picked it for this project.

“The customer wanted a reliable, classic BMW two-valve airhead engine, with the best possible technical solutions on it, like spoked wheels and a Paralever rear suspension,” says the shop’s media spokesperson, Aleksander Ilcewicz. “The choice was limited to either the GS range or the Mystic model.” 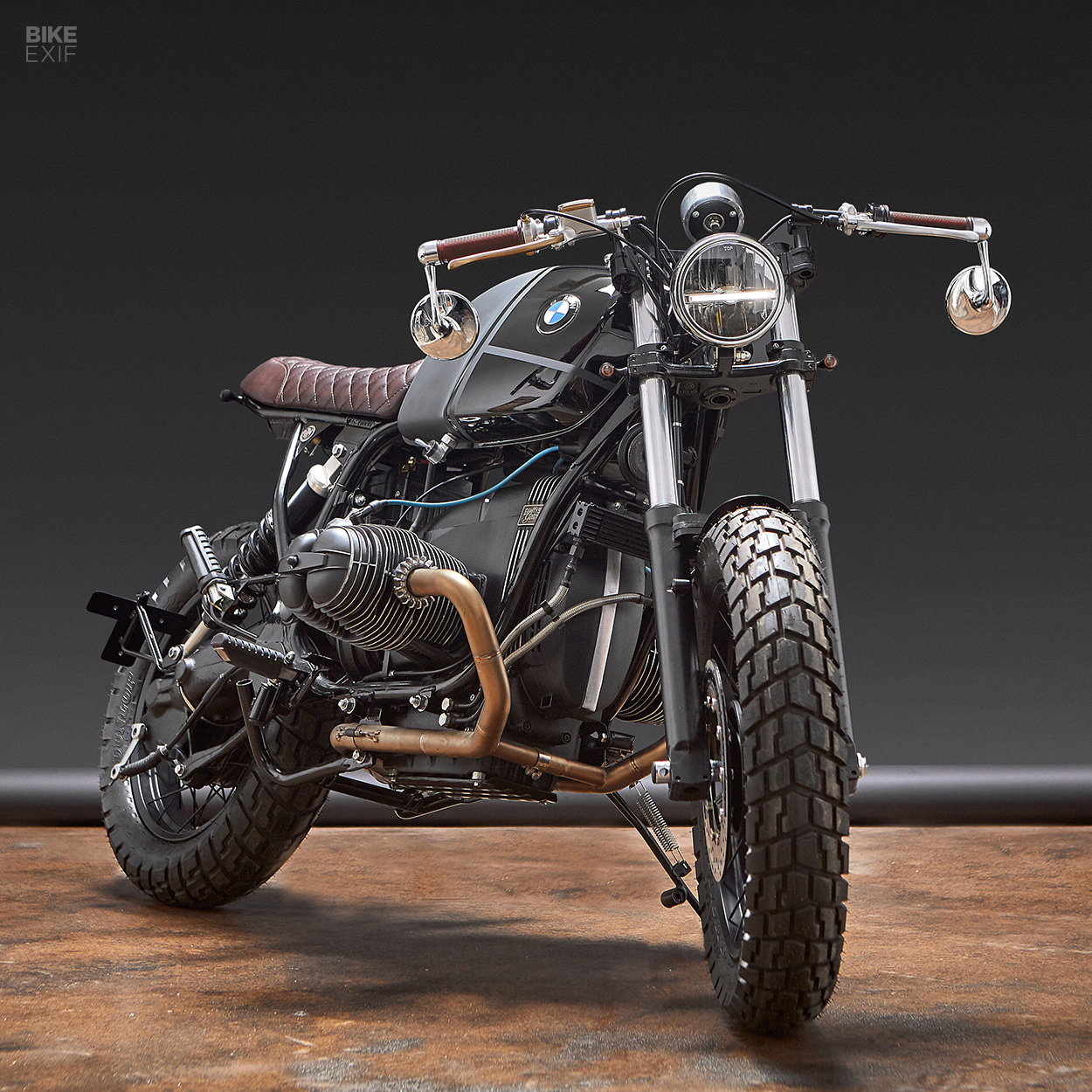 Led by founder Christian Boosen, 86 Gear sourced a 1994 R80R Mystic, and got down to proving just how much potential the bike has. Between the retrofitted 80s fuel tank and a host of subtle upgrades, this scrambler is not only handsome, but a true sleeper too.

For starters, it’s not an R80 any more. 86 Gear tore into the motor and upgraded it with a 1070 cc kit from Siebenrock, an asymmetrical camshaft, polished ports and valves, and reconditioned heads. The carbs breathe through a pair of K&N filters, with off-the-shelf Spark mufflers matched to custom headers. 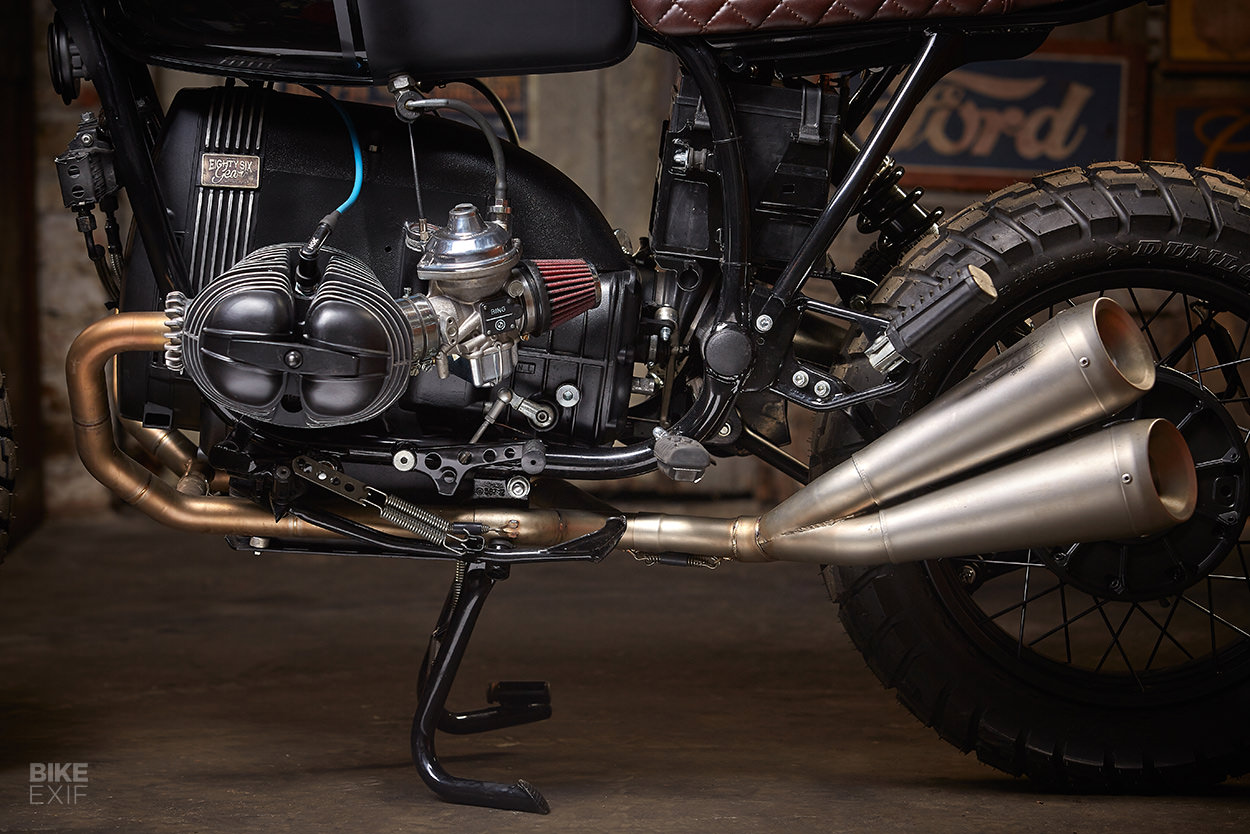 The bike was rewired too, using a Motogadget mo.unit Blue, hidden under the tank. There’s also an updated regulator, and the starter motor was refurbished. 86 Gear opted for a chunky gel battery, because their client wanted the big boxer to fire up every time—even if it’s been standing.

With the Mystic now punching out around 85 hp, 86 Gear decided to refresh the OEM Brembo front brakes—adding new discs, and KustomTech brake and clutch controls. 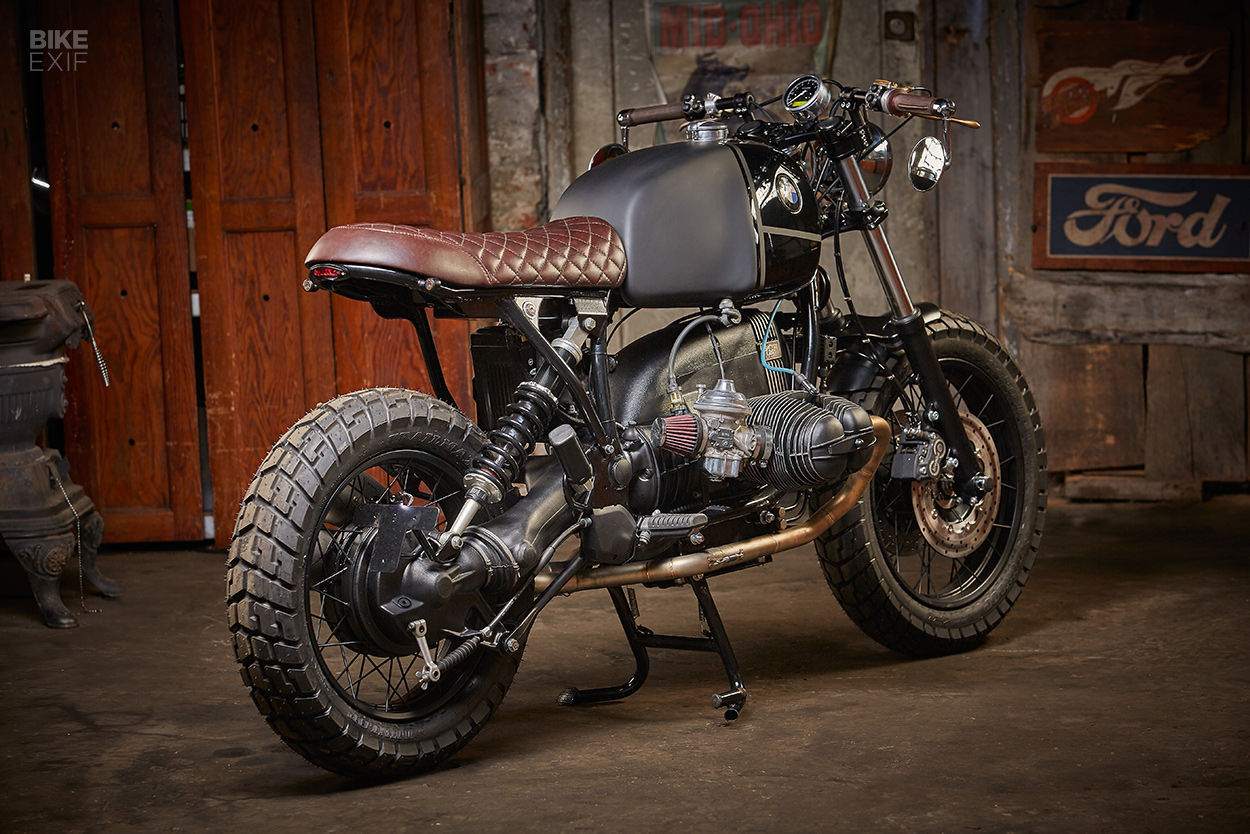 86 Gear’s client wanted the bike to sit higher, so they installed a longer YSS shock out back. The stock right-side-up forks keep things period correct, but they’ve been rebuilt and upgraded internally, with a new set of progressive springs.

The stock wheels fit the brief perfectly, so they were simply redone in black, and wrapped in Dunlop Trailmax 58 tires. 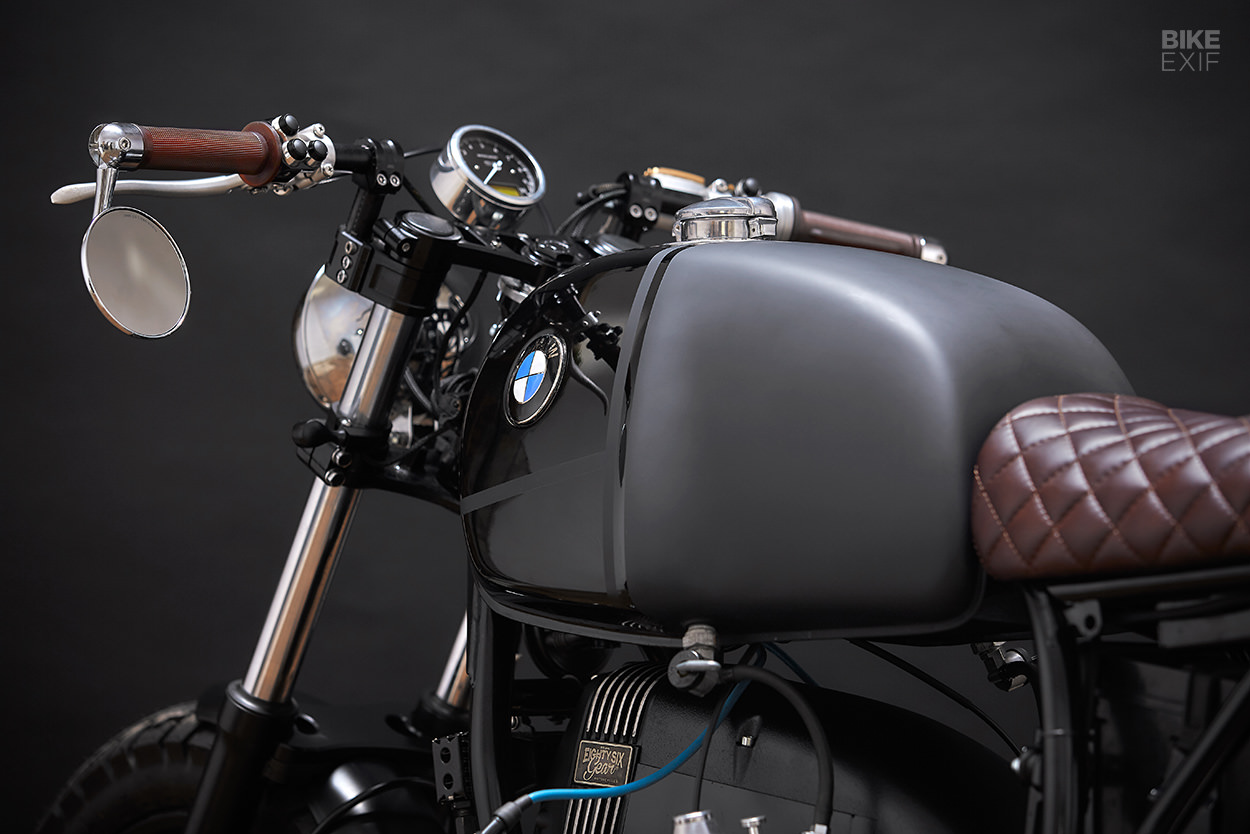 This 90s boxer also has a deceptive resto-mod vibe to it, thanks to a clever tank swap. 86 Gear installed a pre-90s unit, modifying its tunnel to not only fit the frame, but also to leave space for the electronic components. It wears shiny new BMW roundels, and a Monza-style filler cap.

The subframe and seat are actually aftermarket units, but they didn’t quite fit the Mystic out of the box, so the team had to employ some heavy tweaking. Everything now fits perfectly, with integrated rear LED lighting from Highsider, and a seat release system that uses the bike’s main key. The license plate sits on a custom-made side-mounted bracket, attached to the swingarm. 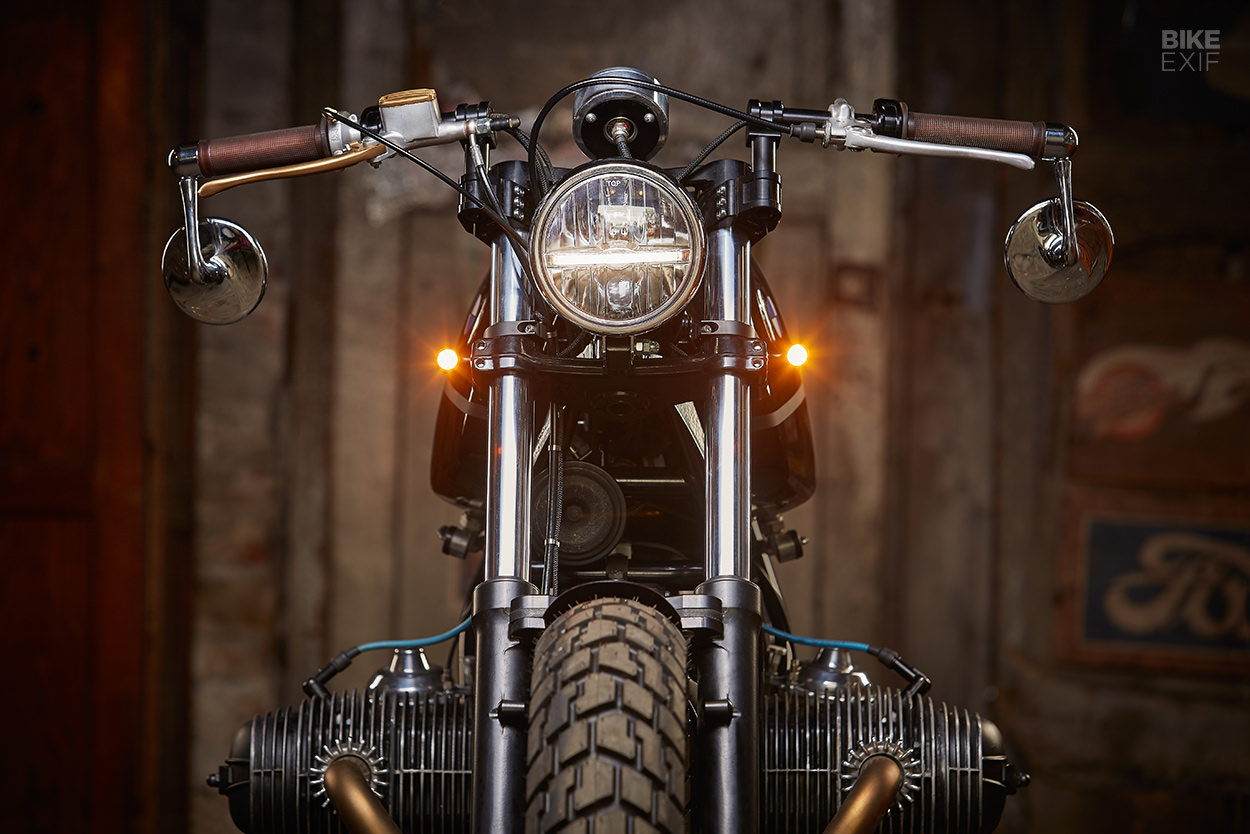 Up front you’ll find an LED headlight, new triples from Sport-Evolution, and adjustable raised clip-ons from ABM. The bar-end mirrors are from Highsider, the speedo and switches are Motogadget parts, and the cockpit wiring runs inside the bars.

The final paint scheme is striking and minimal—a simple gloss-on-matte black affair, as per the client’s request. But the overall finishing work on this project was complex. The frame, swingarm and engine were all coated in black, all the alloy bits were polished, and smaller metal parts that are prone to corrosion were either chromed or zinc plate. 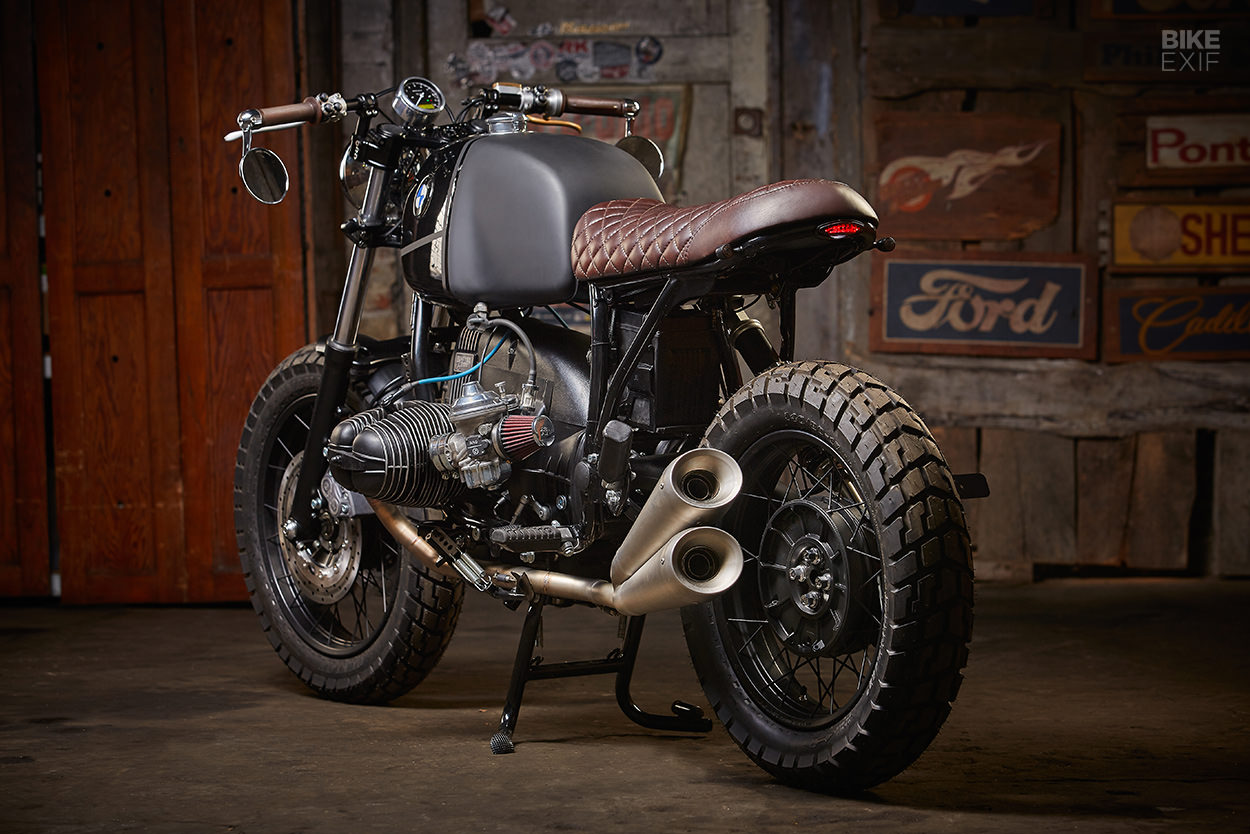 Most of the work was done in-house, with a little help from Adrian Figura at Scrambler74 (welding), and Lukasz Okrasko (paint).

Dubbed ‘The 71st Gear’ (it’s how 86 Gear number their builds), this handsome scrambler is a testament to just how good the Mystic can look—and just how sharp 86 Gear’s eye is. 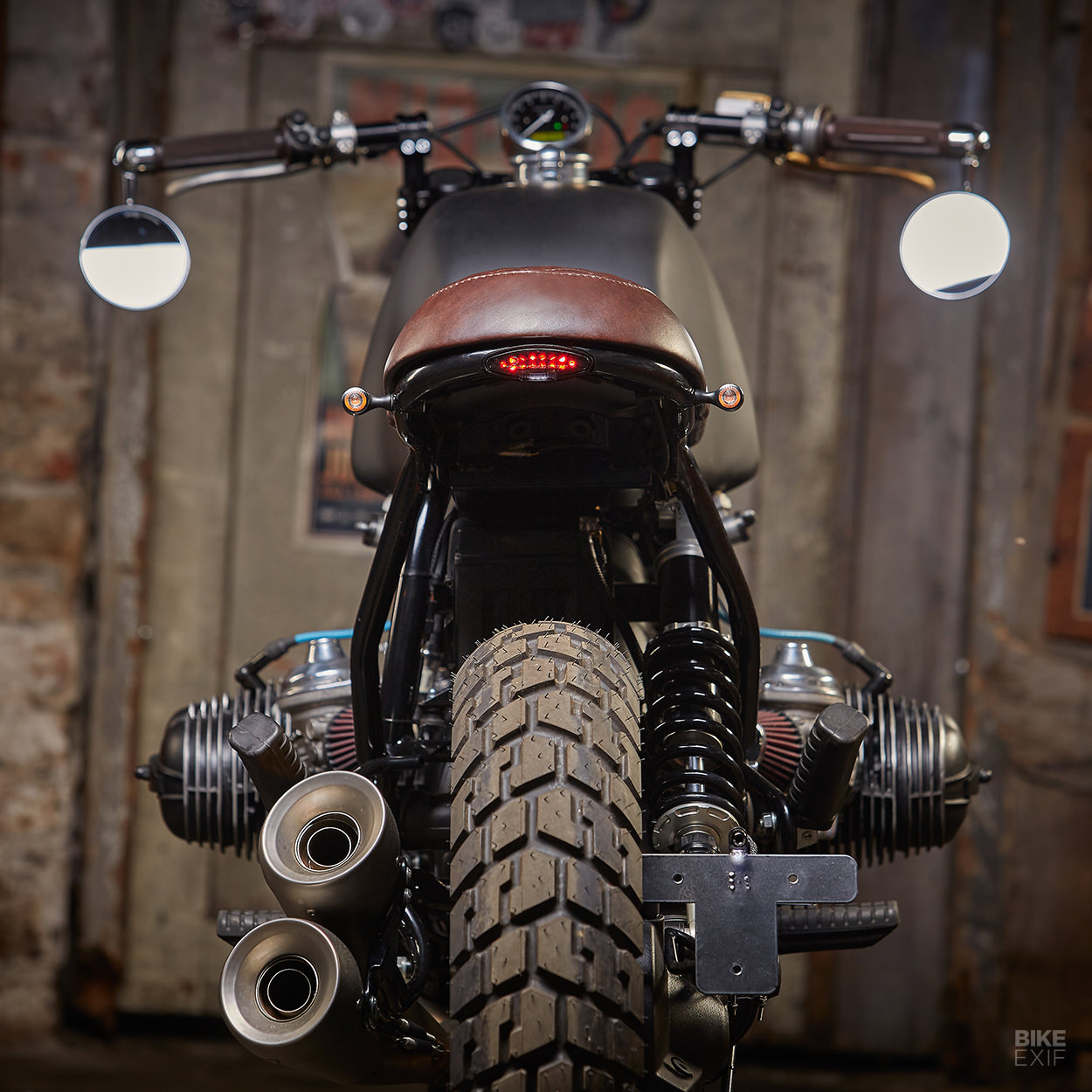