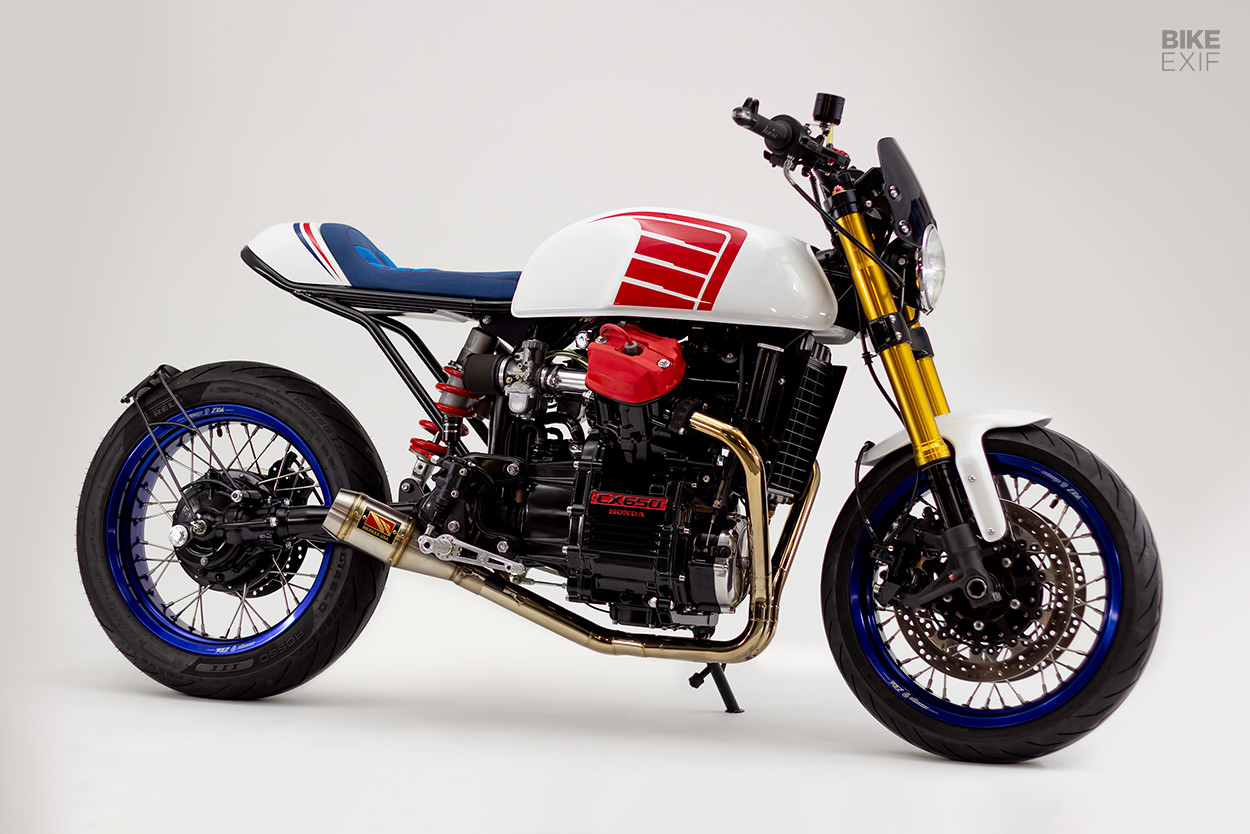 There’s nothing pretty about the Honda CX500, but it does have its charms. Case in point: the owner of this CX500 picked the bike for its engine’s industrial looks and rev-happy nature. For the rest, he turned to BJ English at Brick House Builds in Missouri.

BJ’s no stranger to the humble Honda V-twin, and has a few CX- and GL-based builds under his belt. “It’s a very versatile bike to build,” he says. “Think of them as Sportsters, in that they aren’t excellent at anything, but decent at everything!” 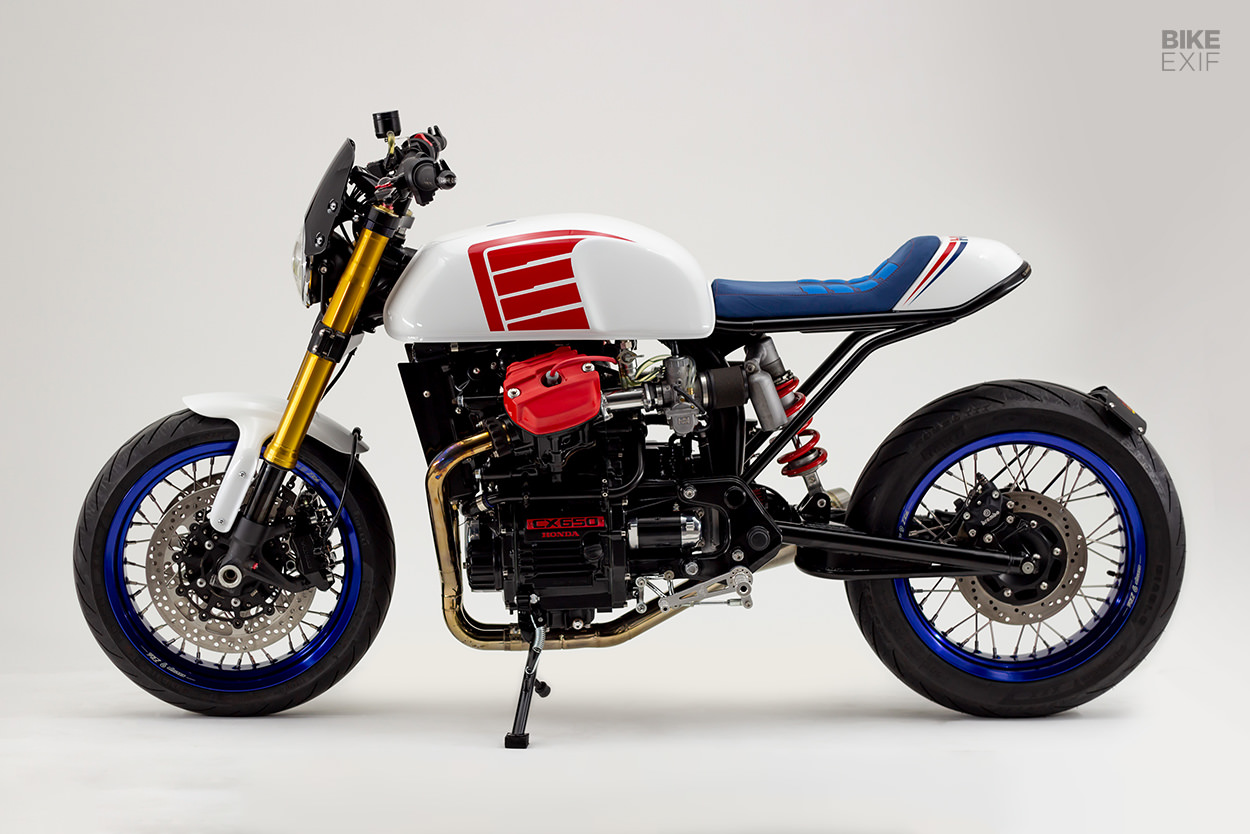 His casual attitude belies just how much work went into turning the 1981-model CX500 into the spicy street tracker it is now. The project started with a less-than-ideal donor bike, and a brief loaded with expectations. “The customer wanted a very trick high-end custom that was also comfortable and fun to ride,” says BJ.

“When it arrived, the bike was in very sorry shape. It had already been modified but was incomplete, and unfortunately had very poor work done to it. As I went to push the bike into the shop the entire seat and tail literally broke off in my hand… it was that bad.” 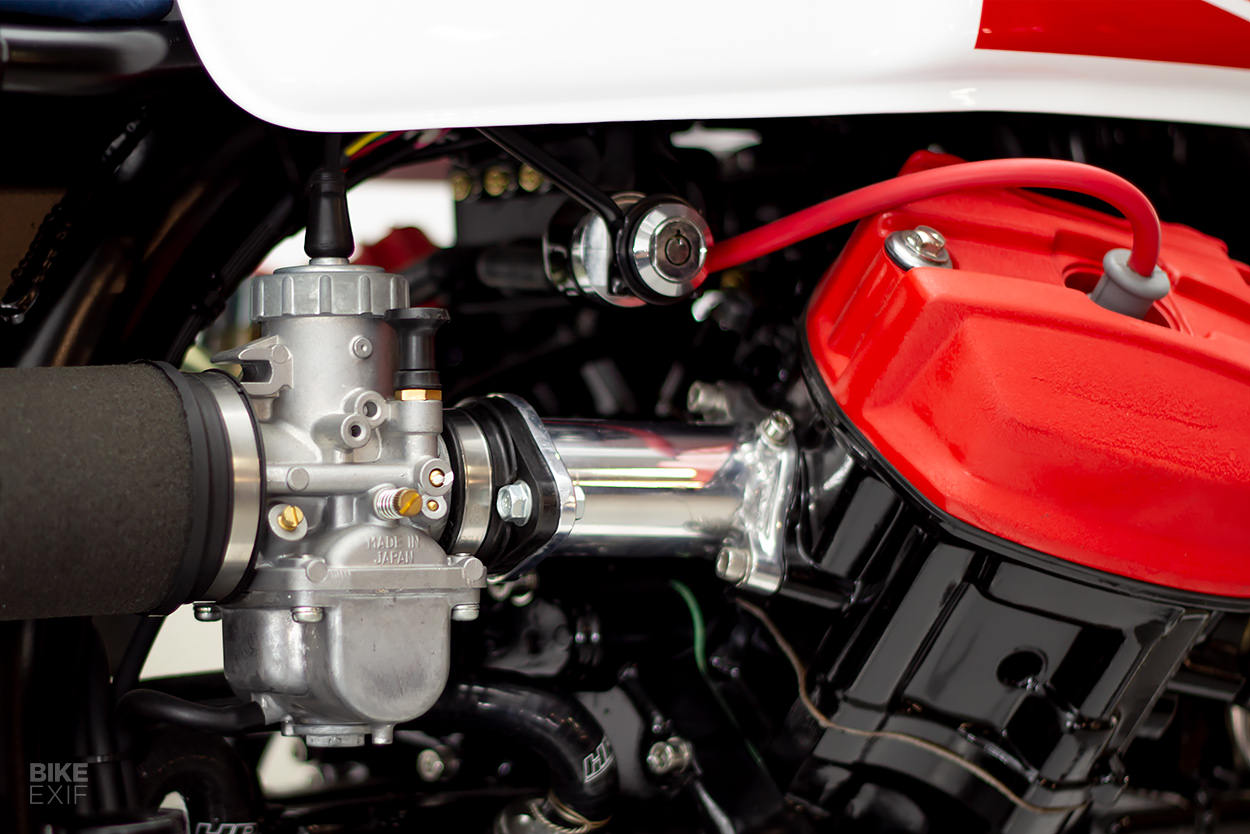 One of the biggest upgrades here is the motor, which BJ swapped out for a 1983-model Honda GL650 Silver Wing mill. Since the engine had been pulled from a wrecked bike found at a junkyard, he had no idea what condition it was really in—so it underwent a full rebuild.

The job included some light porting work, along with custom intake manifolds. Some of the internal parts were upgraded “for peace of mind,” and the clutch was rebuilt with new plates and stiffer springs. BJ kept the original CX500 radiator, but added a large Suzuki fan to it. 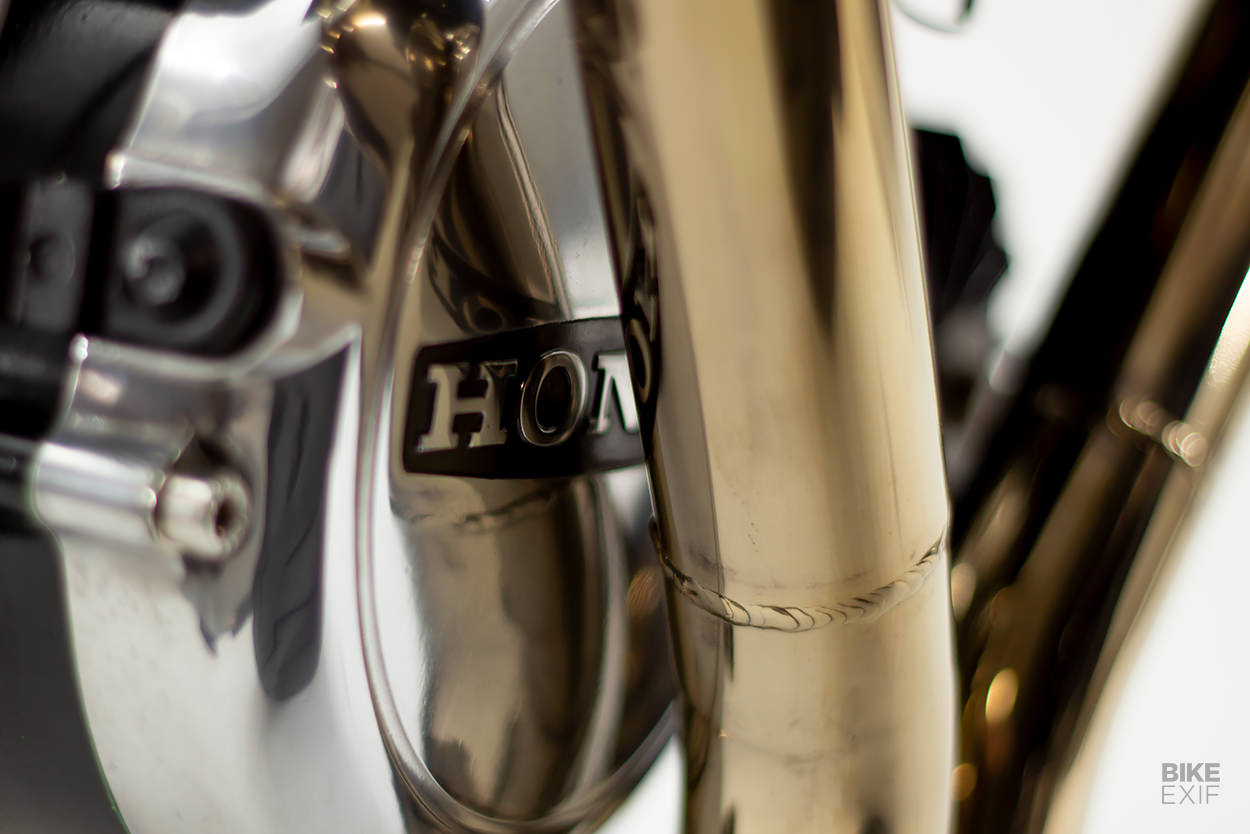 The carbs are new, and inhale through a pair of pod filters. BJ fabricated the stainless steel two-into-one exhaust headers himself, adding a Competition Werks muffler on the end.

“Getting it dialed in on the dyno resulted in 61 hp at the tire,” he confirms, “which we were very happy with. Riding the bike you notice the torque the most, as it just feel grunty, even from low RPMs where you use the bike the most.” 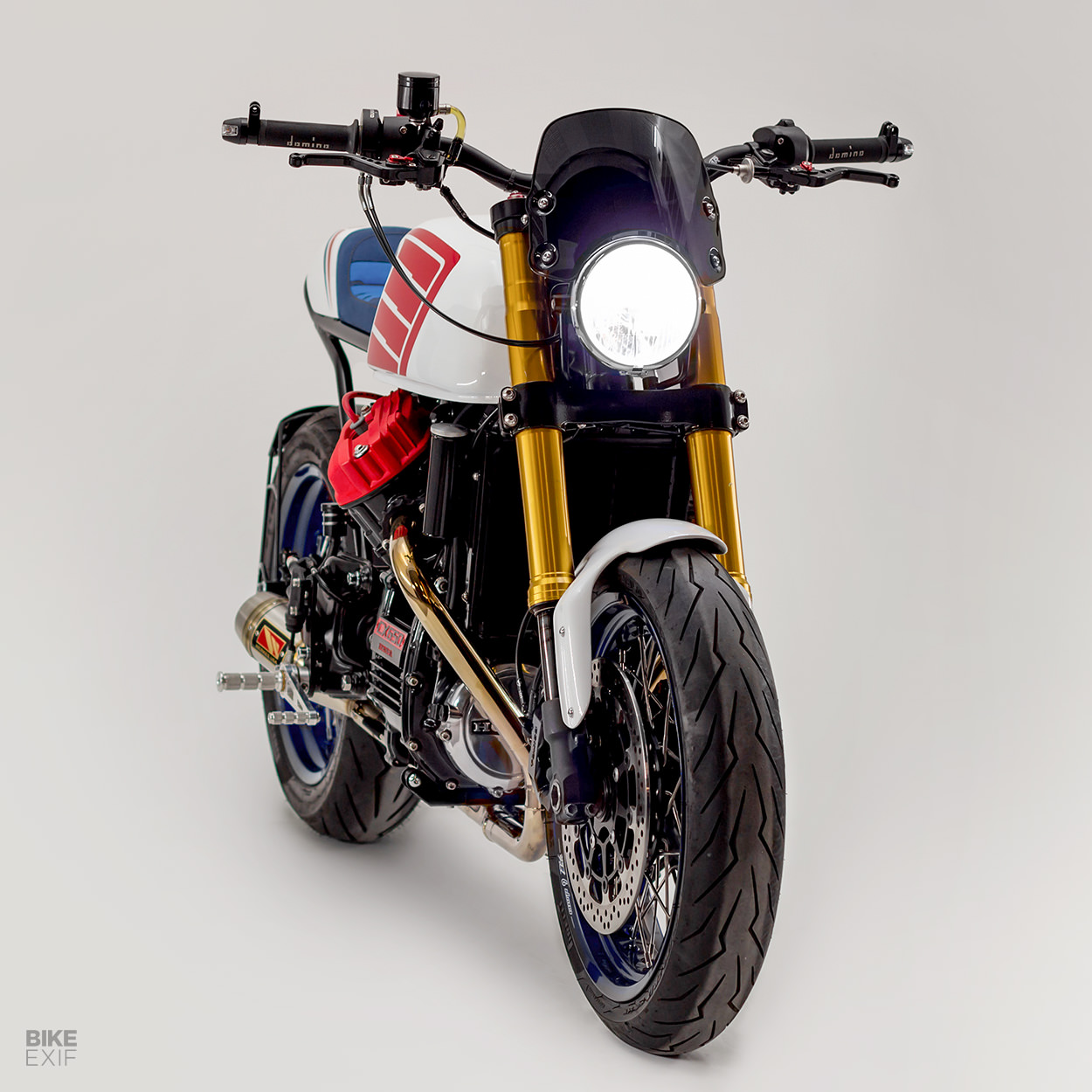 The CX500’s chassis has had a significant overhaul too. BJ upgraded the front end with the upside-down forks and twin Tokico disc brakes from a Suzuki GSX-R1000. The swap was made using a Cognito Moto kit, which included a new CNC-machined top yoke and wheel hubs. 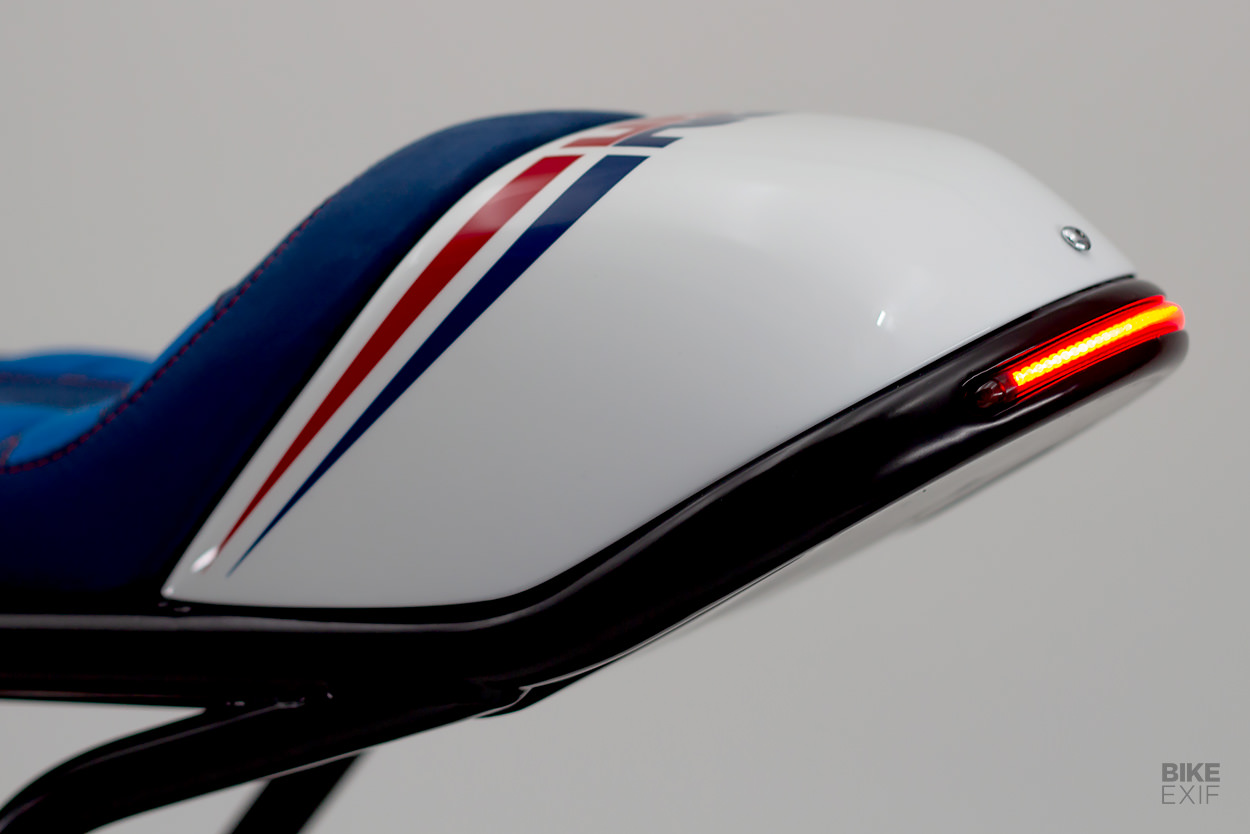 The CX500’s tail section isn’t falling apart any more either. BJ fabricated a new subframe with a tidy loop at the back, leveling out the stock bike’s wonky silhouette in the process. A subtle kink in the down tubes helps tighten the whole design up.

Lower down, BJ braced the swingarm and welded in reinforced shock mounts to convert the CX500 from a dual- to mono-shock setup. The shock itself is a Ducati 900SS unit. 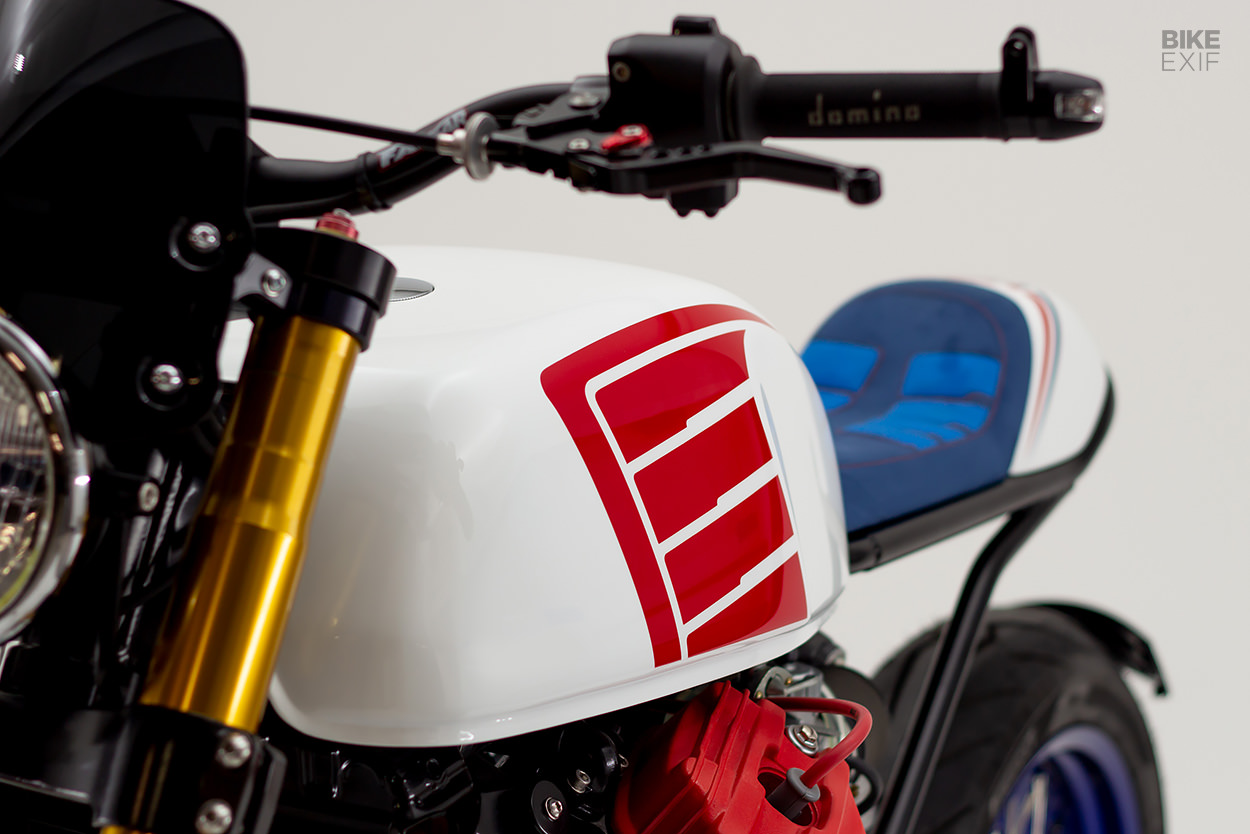 The bodywork on this street tracker is dead simple, but perfectly proportioned. Up front is the fuel tank from a ‘Deluxe’ model CX500, fitted with a flush-mounted filler cap. BJ tweaked its mounts to level it out too; it now harmonizes nicely with the new subframe, and the hand-made tail cowl.

Lift the seat, and you’ll find a neatly arranged electronics tray, featuring a NWT Cycletronic ‘Morty’ system around which the bike was rewired. 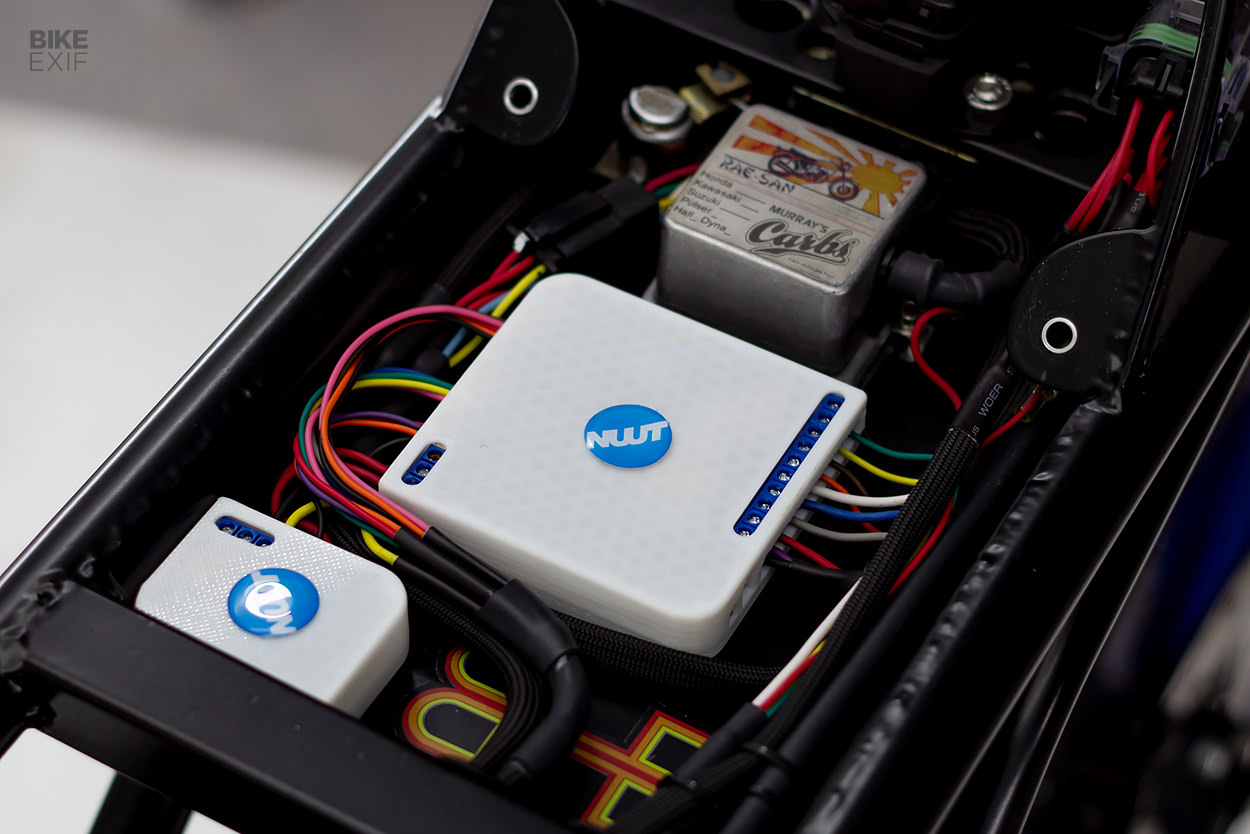 BJ’s client was set on an upright riding position, so this Honda is sporting Renthal 1 1/8” handlebars with a substantial amount of rise. They’re fitted with Domino controls, new levers and switches, and bar-end turn signals. (There’s a set of bar-end mirrors too, but they were removed for these photos.)

A digital dash from Koso sits behind a small cowl, with a vintage-style headlight mounted on hand-made brackets. The bike is littered with subtle one-off parts—including a hidden crankcase breather, an aluminum radiator overflow bottle and a custom shift linkage. Even the bike’s side stand is custom. 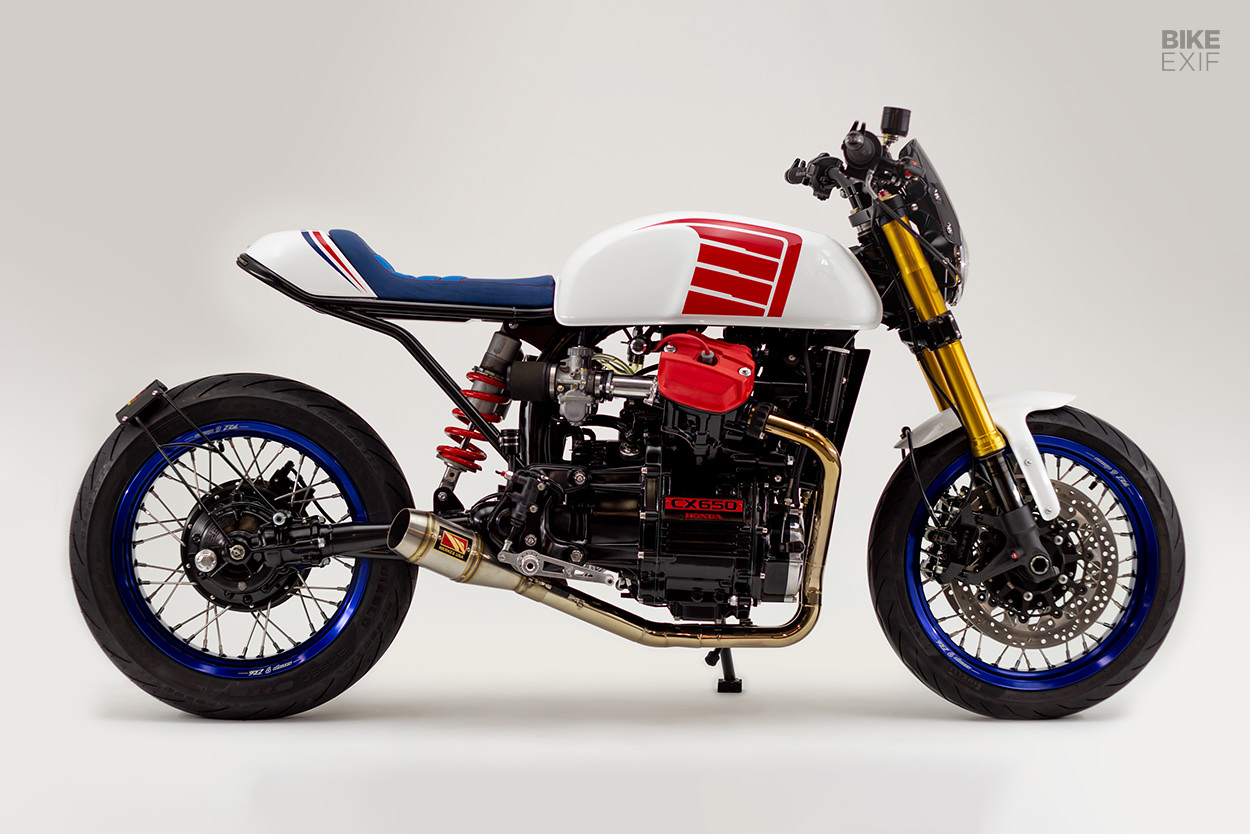 We have to award top marks to BJ for the incredibly well-judged livery too. “The customer and I collab very well on colors,” he says. “We knew we wanted a very timeless Honda scheme for this bike, but a bit more subtle in the way of logos and lettering.”

“I drew up a rendition of the Honda wing that ties in the angle of the valve covers, and helps them transition into the tank, both in shape and color. In the back, some simple HRC lettering helps fill the fiberglass cowl.” Slipstream Creations handled the paint work, while Rich Phillips Leather tackled the blue ultrasuede seat cover. 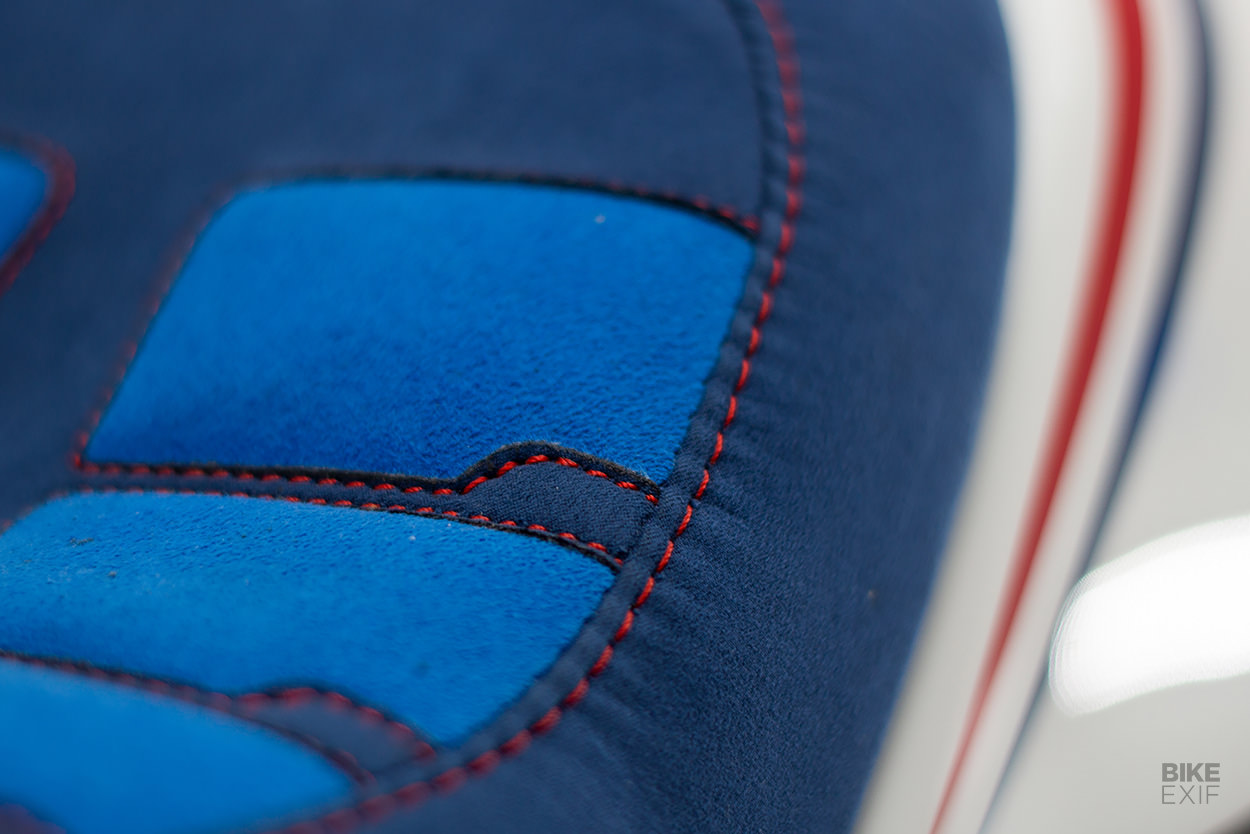 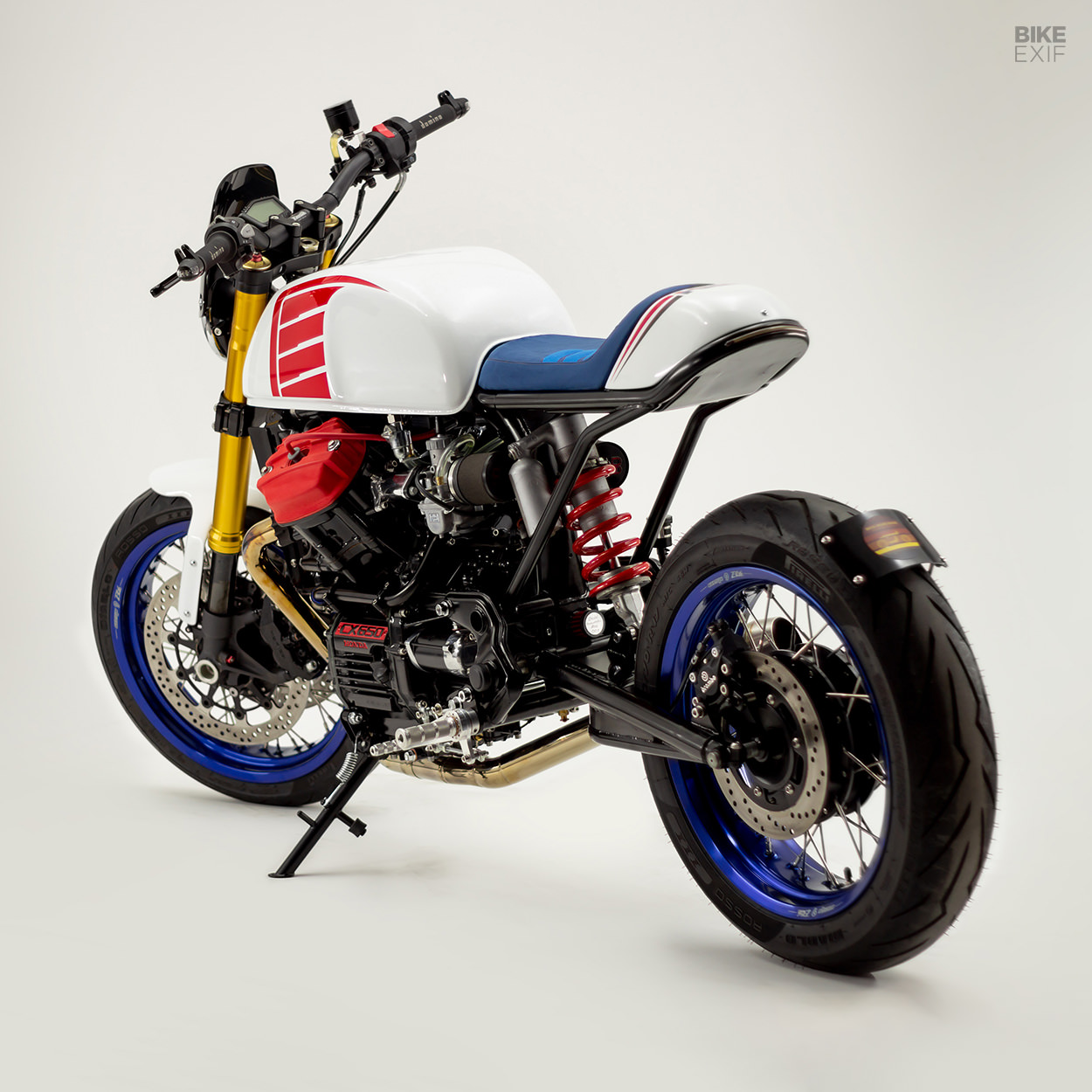