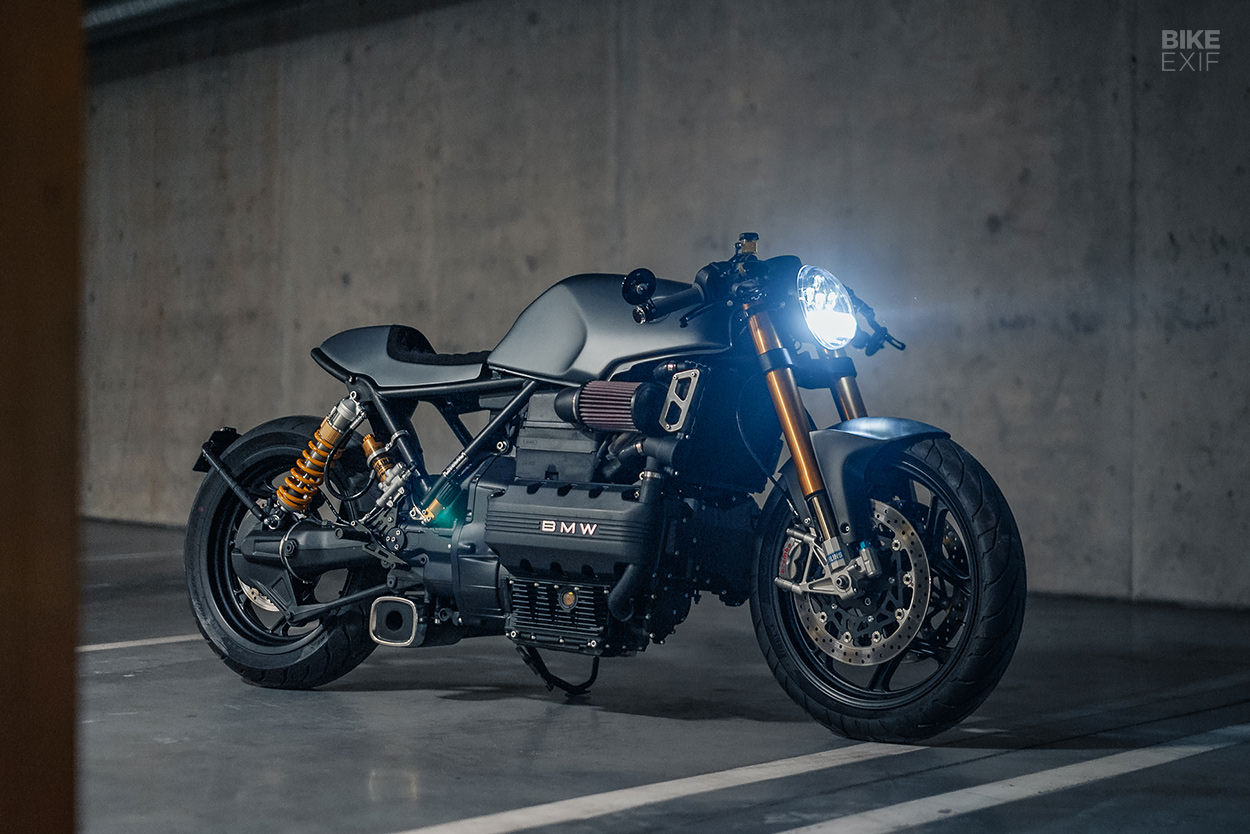 They say if you do what you love, you’ll never work a single day in your life—but they also say never to mix business with pleasure. After a few years in the custom motorcycle industry, Lithuania’s Two Wheels Empire is calling it a day, and switching their business to e-bikes. And this brooding BMW K1100 cafe racer is their swan song.

“We were happy to be part of the custom world,” says shop founder, Matt. “We’ve built quite a few bikes in the past—but this is the last one for us. We tried to make it into a business, but overall it turned out to be a great hobby.” 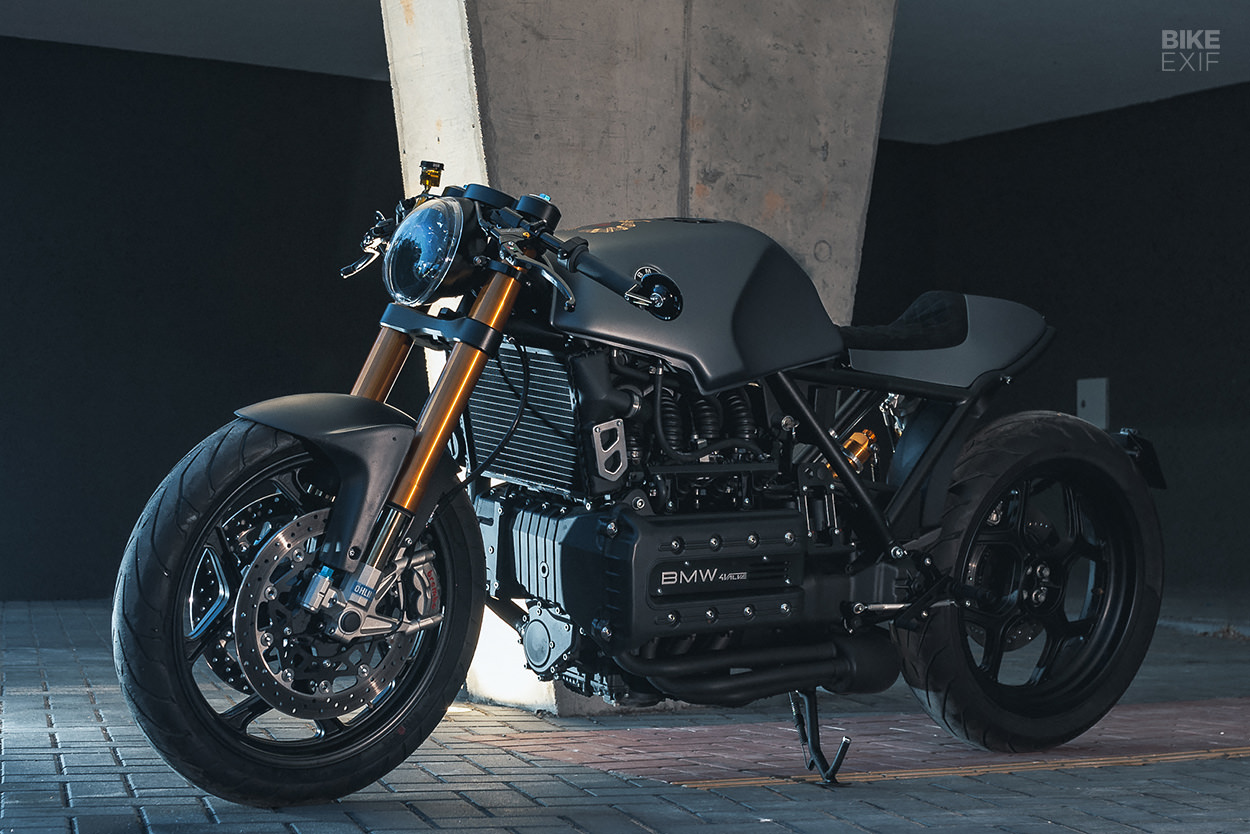 Dubbed ‘Casino Royale,’ this 1991 BMW K1100 RS is the third in a series of ‘flying brick’ cafe racers from Two Wheels Empire. It shares the same general style as the first two builds—except that those were based on K100s, and Casino Royale has a parts spec that’s made it the most expensive of the three. Think of it as the evolution of the species.

“It’s still not perfect,” says Matt, “but it’s close to perfection. There’s not much more to improve.” 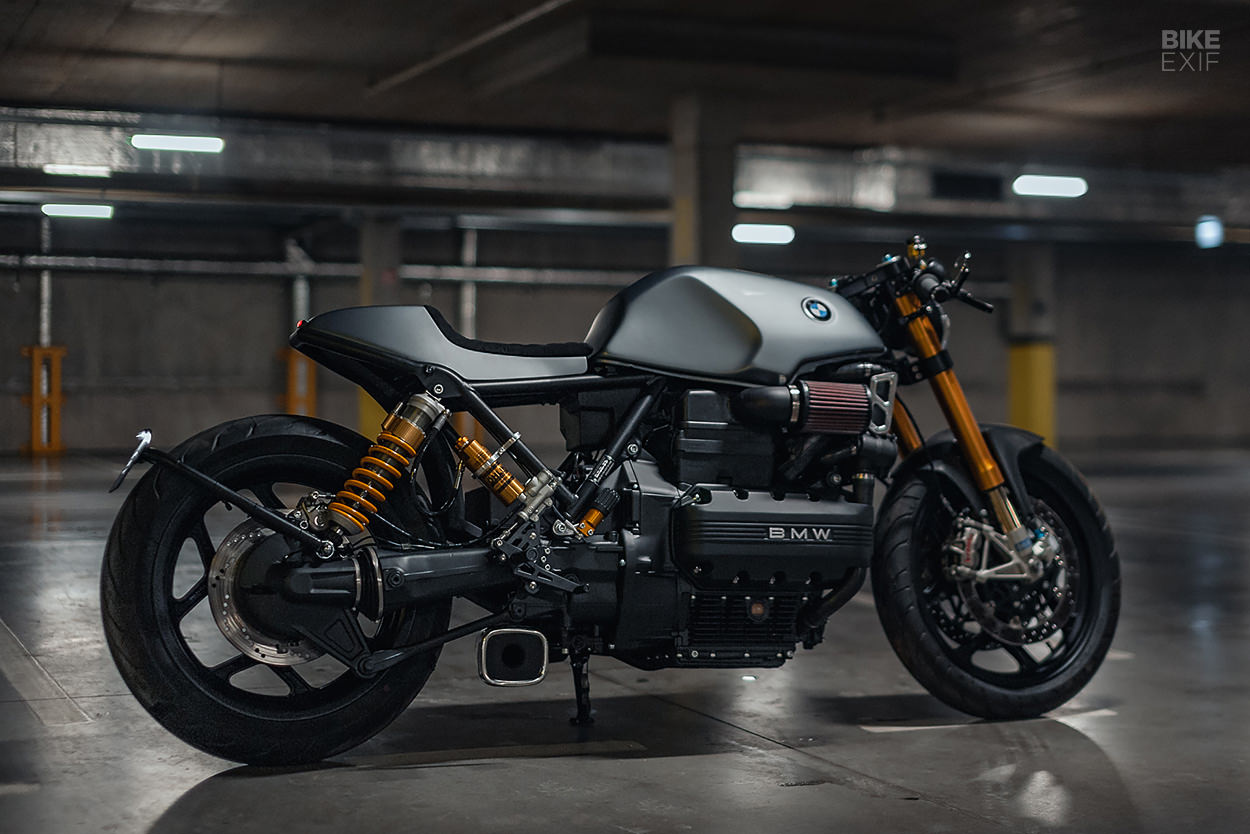 The K1100 RS is the epitome of 90s BMW motorcycle design, with a big, goofy touring fairing and three-spoke wheels. But none of that fit Two Wheels Empire’s template—so they tore it down, checked and service the motor, and got cracking.

The three-spoke wheels had to go, so the team retrofitted a pair of ‘octagon’ hoops from an older K100. Then they widened the rear rim, so that it could run a 160-wide tire; “barely,” quips Matt. The tires are street-focused Pirelli Angel GT items. 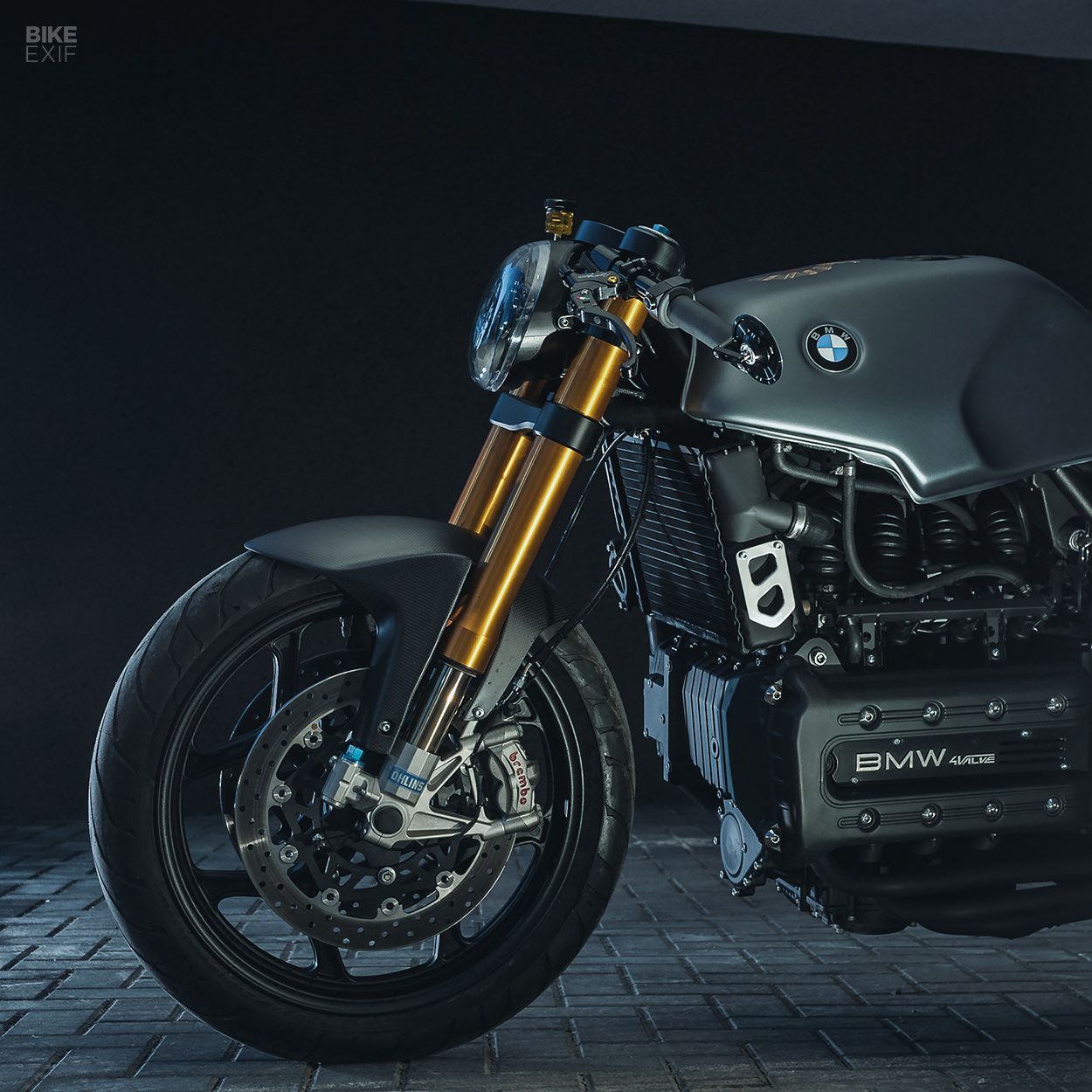 Up front are the upside down Öhlins forks and twin Brembo brakes from a 2017-model Aprilia Tuono 1000 R, held in place by triple clamps from Powerbrick Performance. There’s a custom-built Öhlins shock out back, with a custom clamp holding its remote reservoir. The rear brake disc is a one-off too.

Higher up the crew installed a fiberglass tail section and leather seat, made by fellow Lithuanian outfit Twisted Brothers. A new subframe was fabricated to accommodate it, with an inner fender to keep muck off the motor. The rear end’s finished off with a tiny LED taillight, with a swingarm-mounted license plate holder lower down. 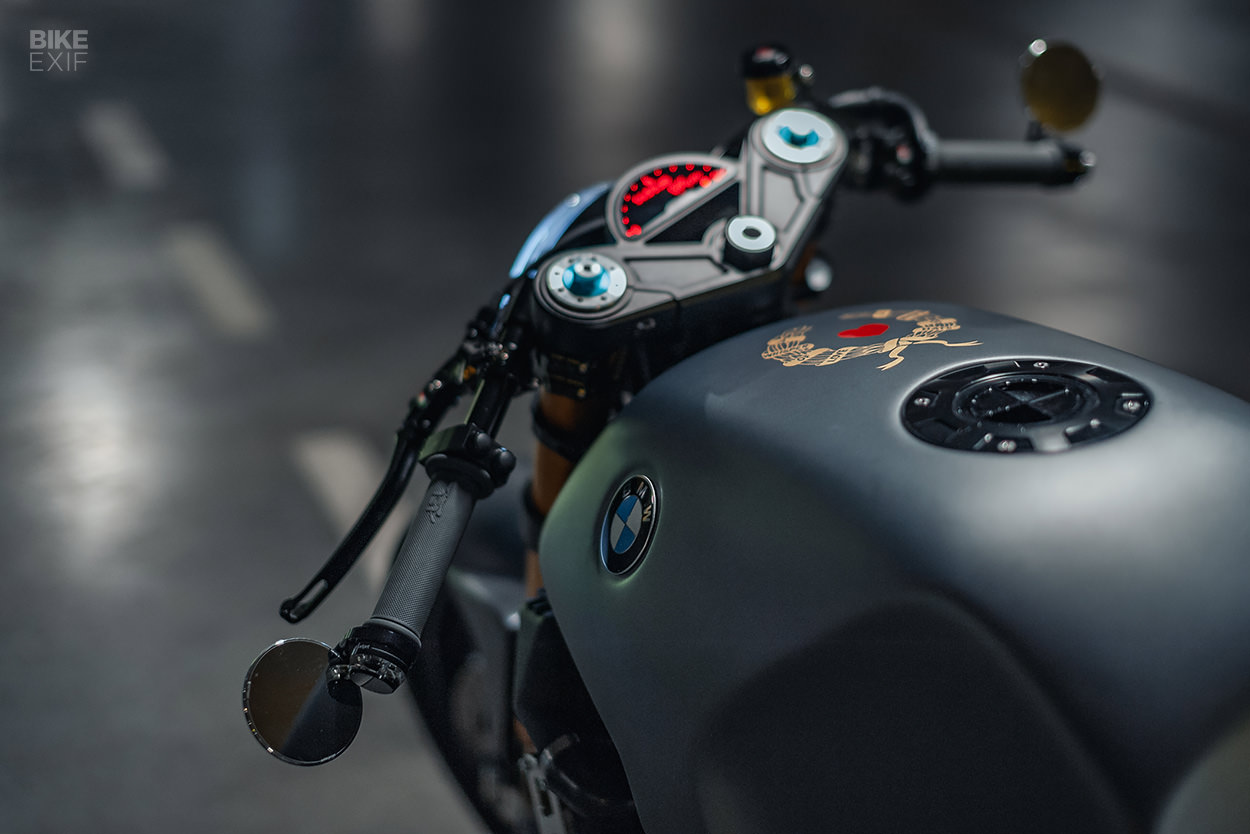 The only other bodywork is the OEM fuel tank, and a carbon fiber front fender. The tank and tail have been painted in Mercedes’ Selenite Magno Grey—a subtler option than the traditional matte black. The tank’s also adorned with artwork from Ian Fleming’s original Casino Royal book cover. 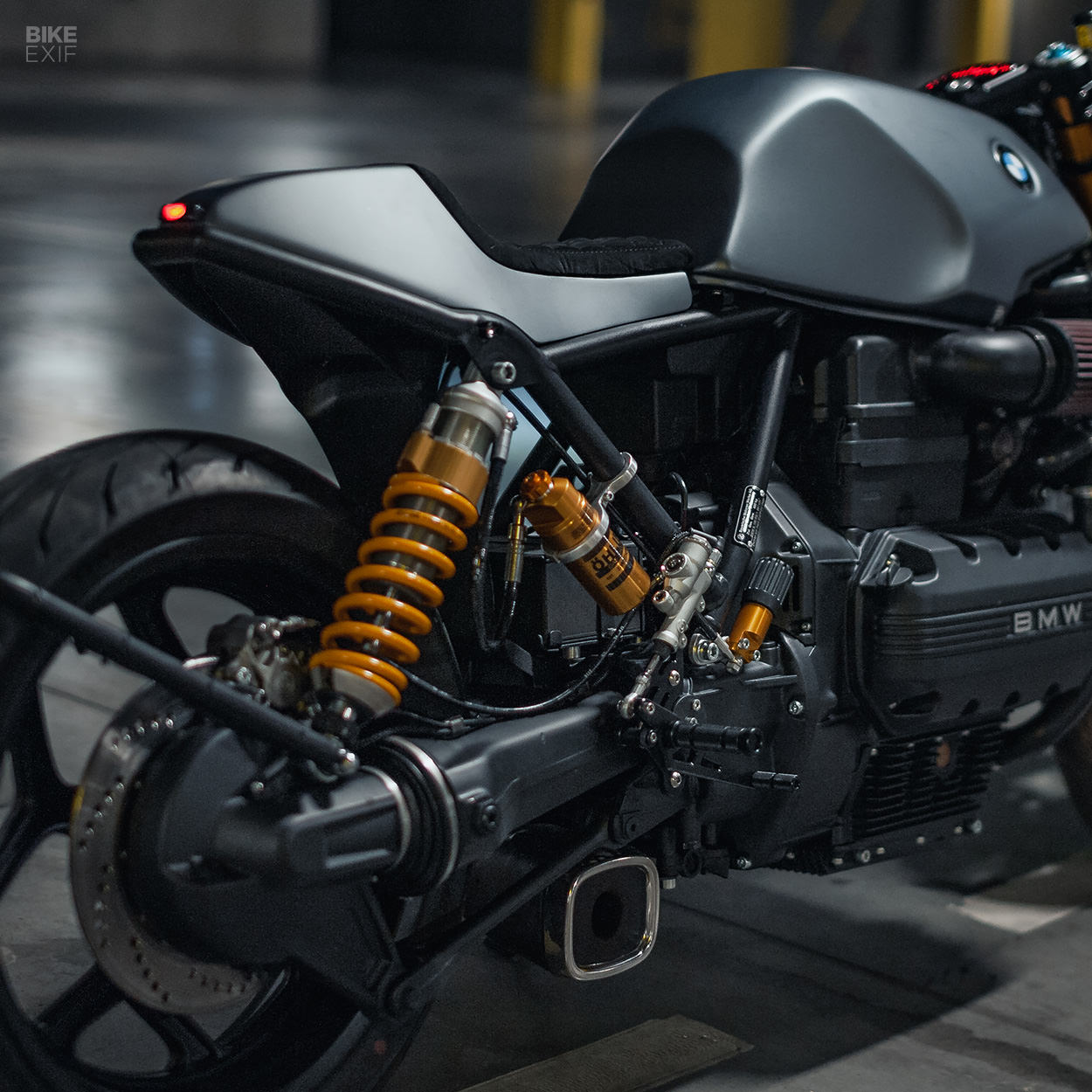 Under the hood, Two Wheels Empire completely rewired the bike with a Lithium-ion battery and a Motogadget mo.unit controller. They also swapped the engine’s airbox for a K&N filter, and installed their signature four-into-one exhaust that exits via an underslung box muffler on the right. Other touches include custom-made radiator protector trimmings, and a gas cap and foot controls from Powerbrick. 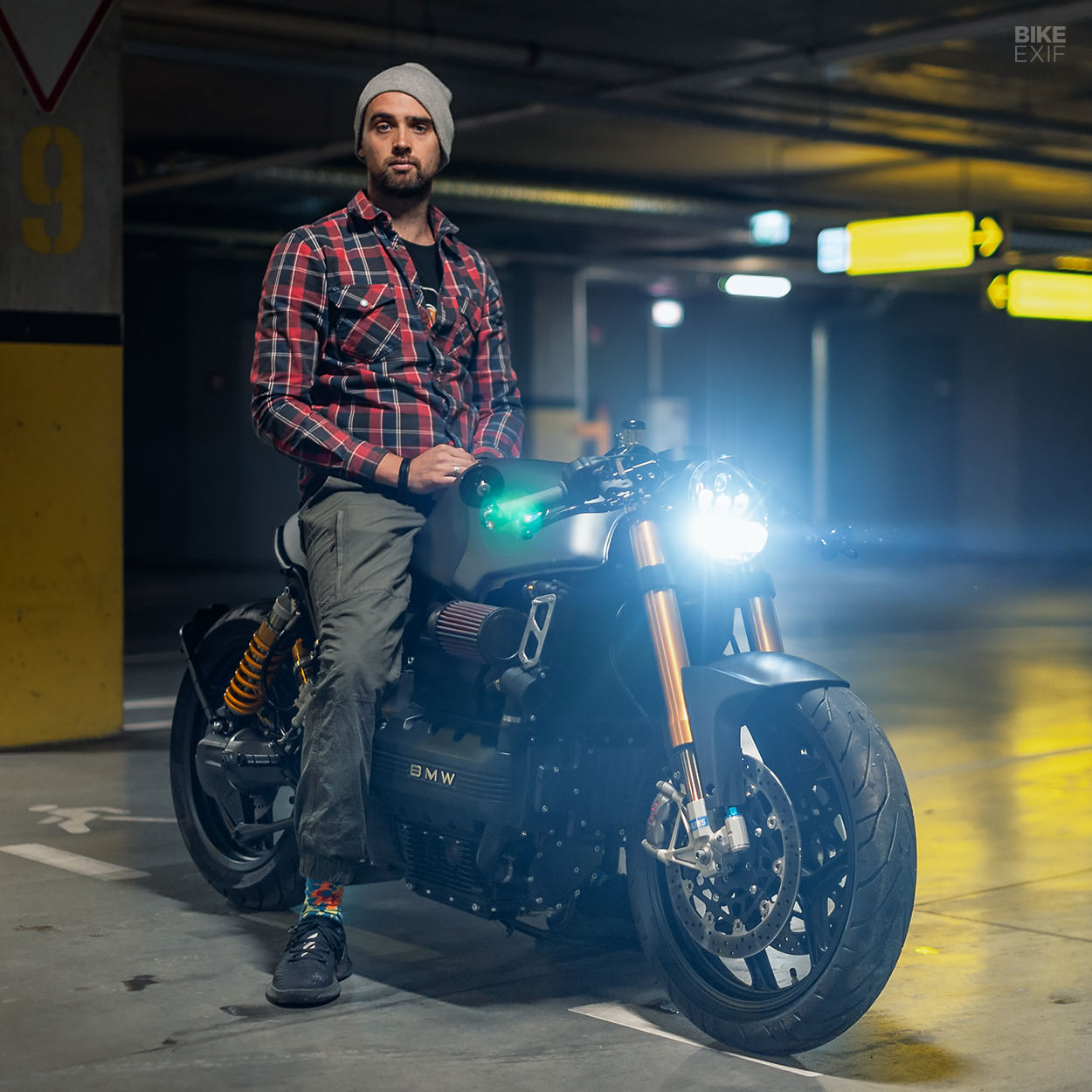 “I would like to say thanks to Fredrik Nystron from Sweden for help with some design solutions and being an investor in the business,” adds Matt. “Also Vidas Mockus for great mechanical and metal work, Juozas Pranskaitis for pictures, and the whole Two Wheels Empire team—especially my wife.”

“As for me, I’m heading for the e-bike industry and looking forward to building my first electric bike in the near future—maybe a custom build, or a motor swap, or a motocross bike.” 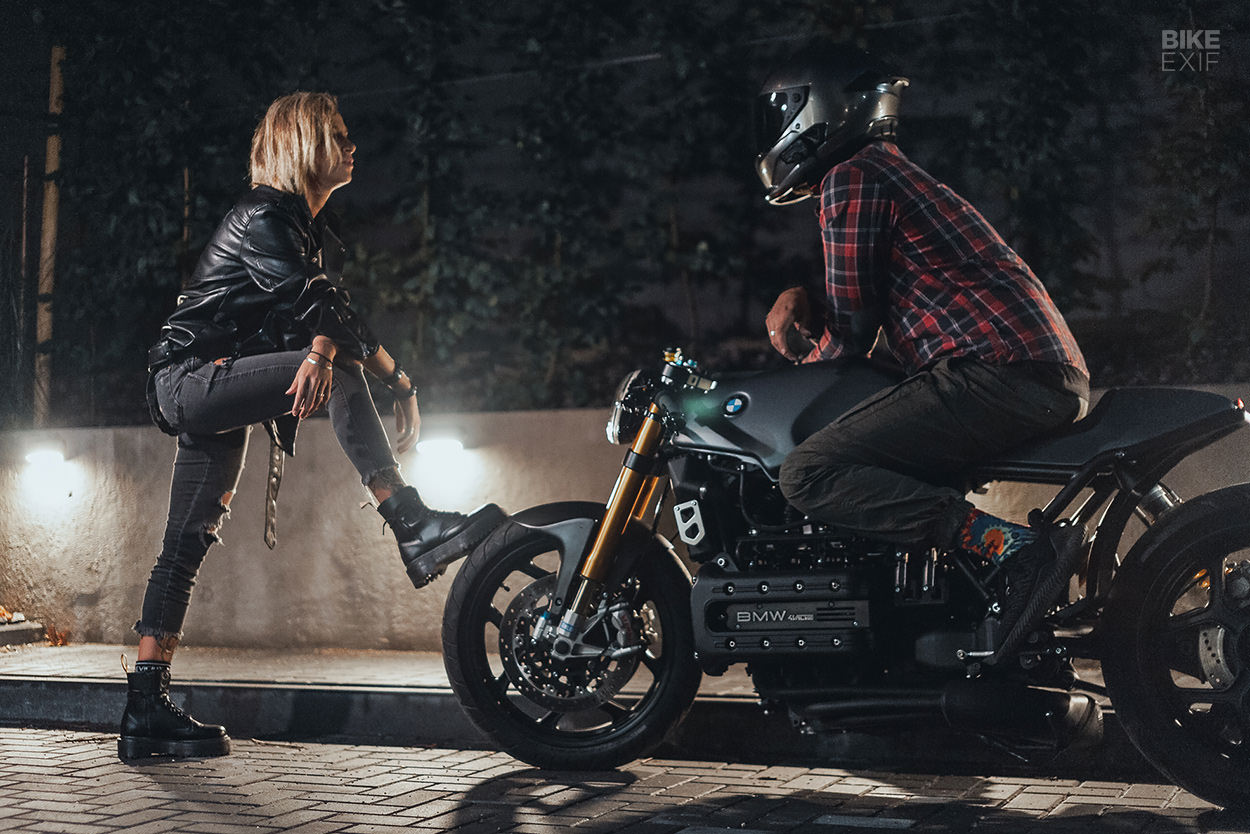 We wish Matt and the rest of the team well, but we can’t help but wonder: is this really his last traditional custom motorcycle build? “I’d be interested in making one special K with an unlimited budget—an even more perfect version, one last time,” he admits. 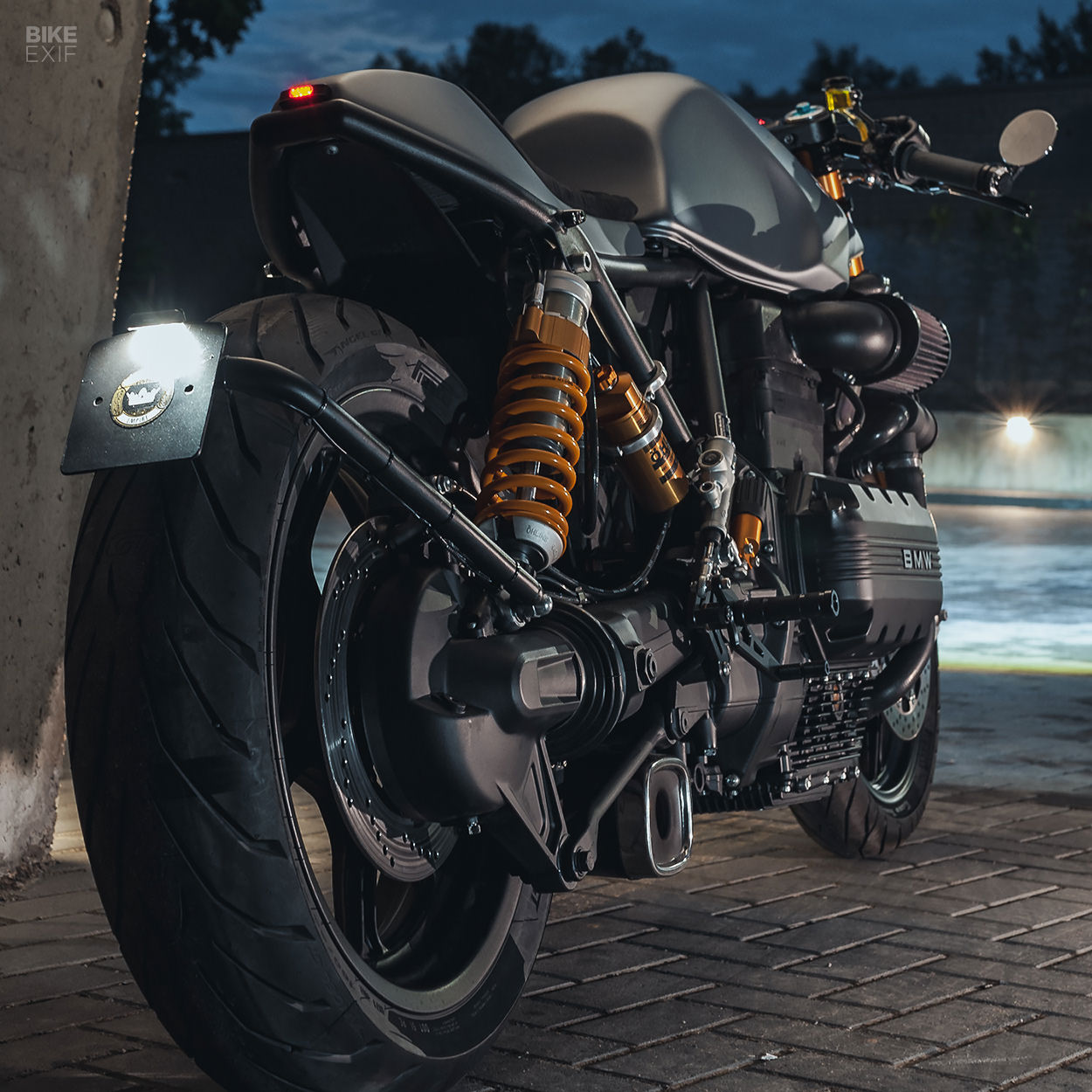