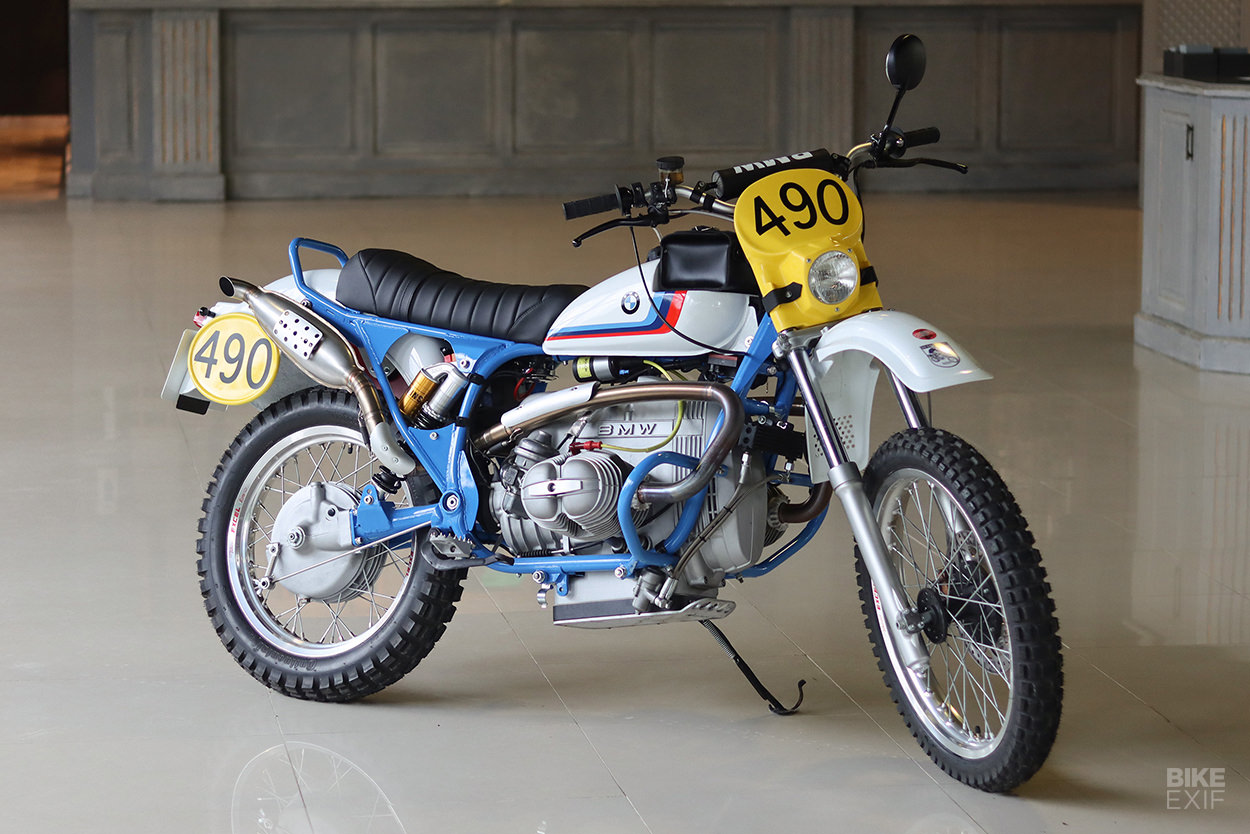 Everyone knows the story of the BMW R80 G/S. It’s the bike that ignited the dual sport market, and created ripples that are still felt in showrooms today.

Conventional wisdom says that the launch of the G/S in 1980 saved BMW Motorrad from extinction. But the story goes further back than that, because the idea for the G/S came from BMW’s successes in European off-road events. 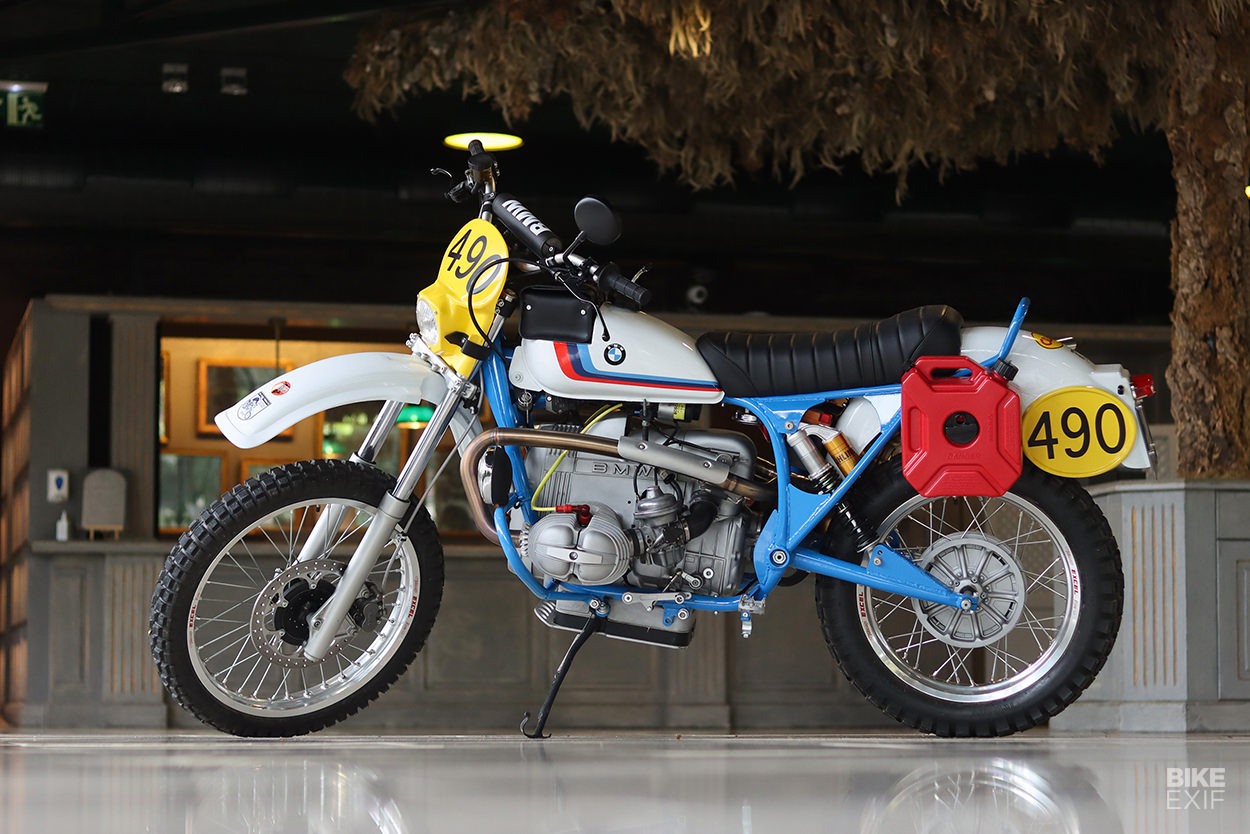 BMW fielded a full works team for the 1979 season, and the team dominated the unlimited classes of the International Six Days Trial and Enduro Championship. These exploits tend to be overshadowed by BMW’s Paris Dakar history, but they are not forgotten by all Enthusiasten.

This history is well known to a group of five friends from the Cataluña region in northeastern Spain. So they approached Efraón Triana of UFO Garage in Madrid, and asked him to build five identical machines as a tribute to the Six Days BMWs. 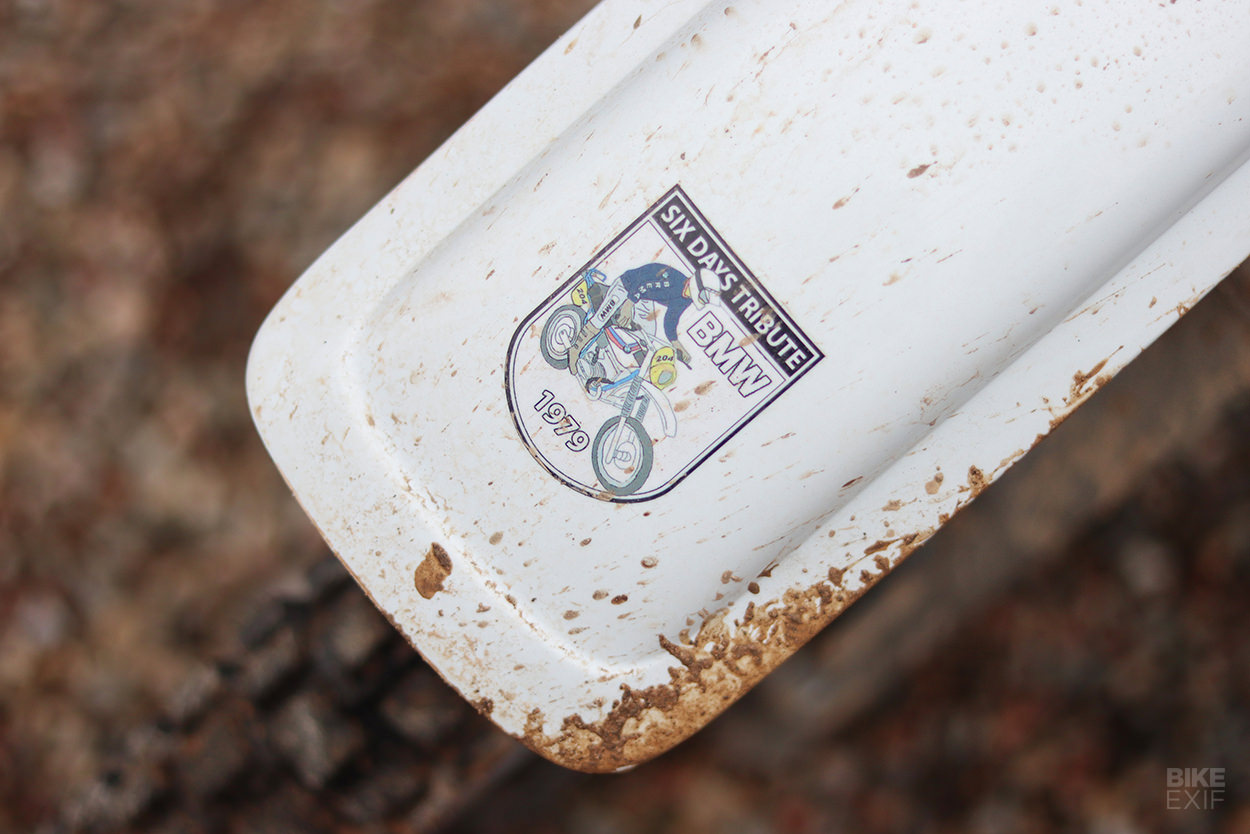 Many builders would baulk at the idea of creating five bikes at the same time, but Triana has a lot of experience—he was the co-founder of Café Racer Dreams, which has always had a prodigious output.

“The clients wanted five exactly-the-same motorcycles, with the original numbers used in the race of ’79,” says Efraón. “We have taken things from the originals—but we have also used current components to improve aspects of the bikes.” 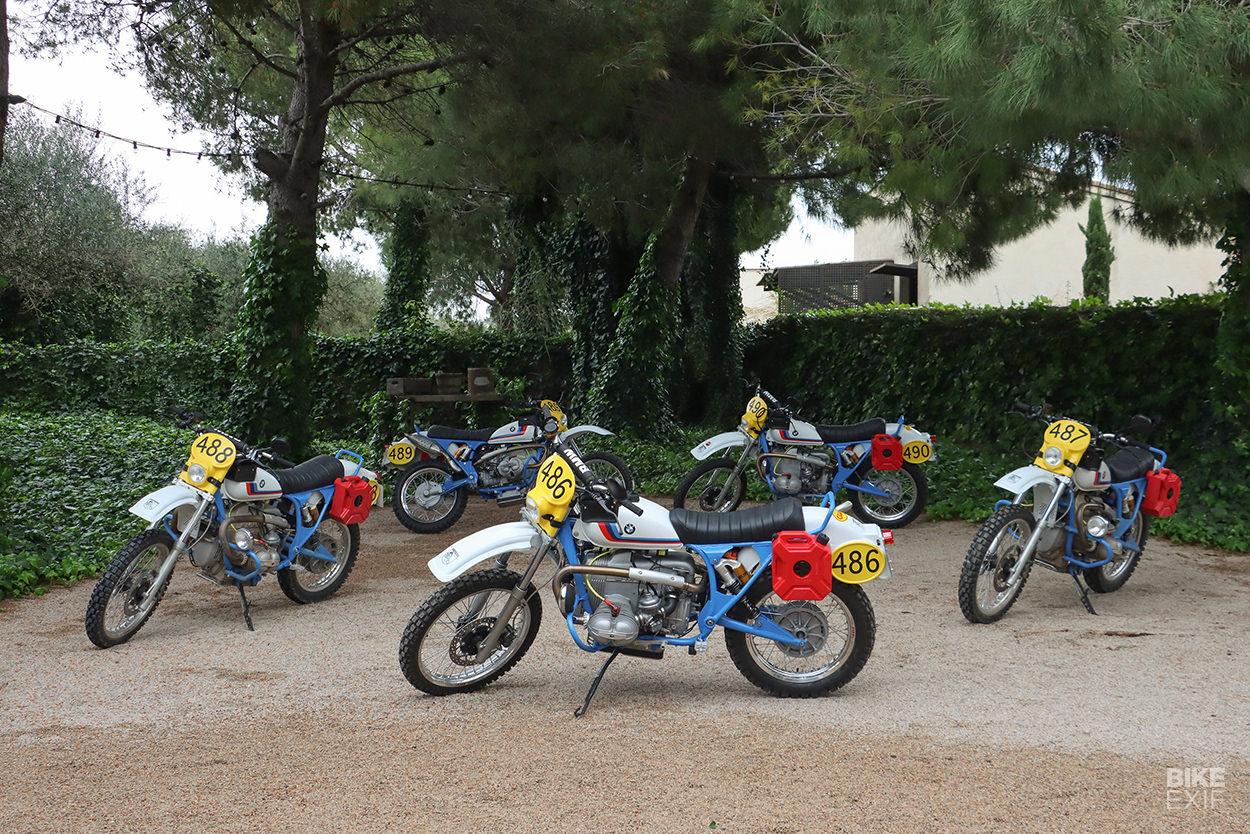 Still, this was no easy task. Spain was the first European country to pass one million COVID-19 cases, triggering a State of Emergency—and exacerbating the supply chain problems found around the world. Efraón recalls a “scenario of multiple crises,” but he got there in the end.

The machines are all based on the R100RS, BMW’s biggest-selling R100 variant. As well as being relatively easily sourced, the R100 is a useful power upgrade over the R80, with 70 stout German horses on tap. 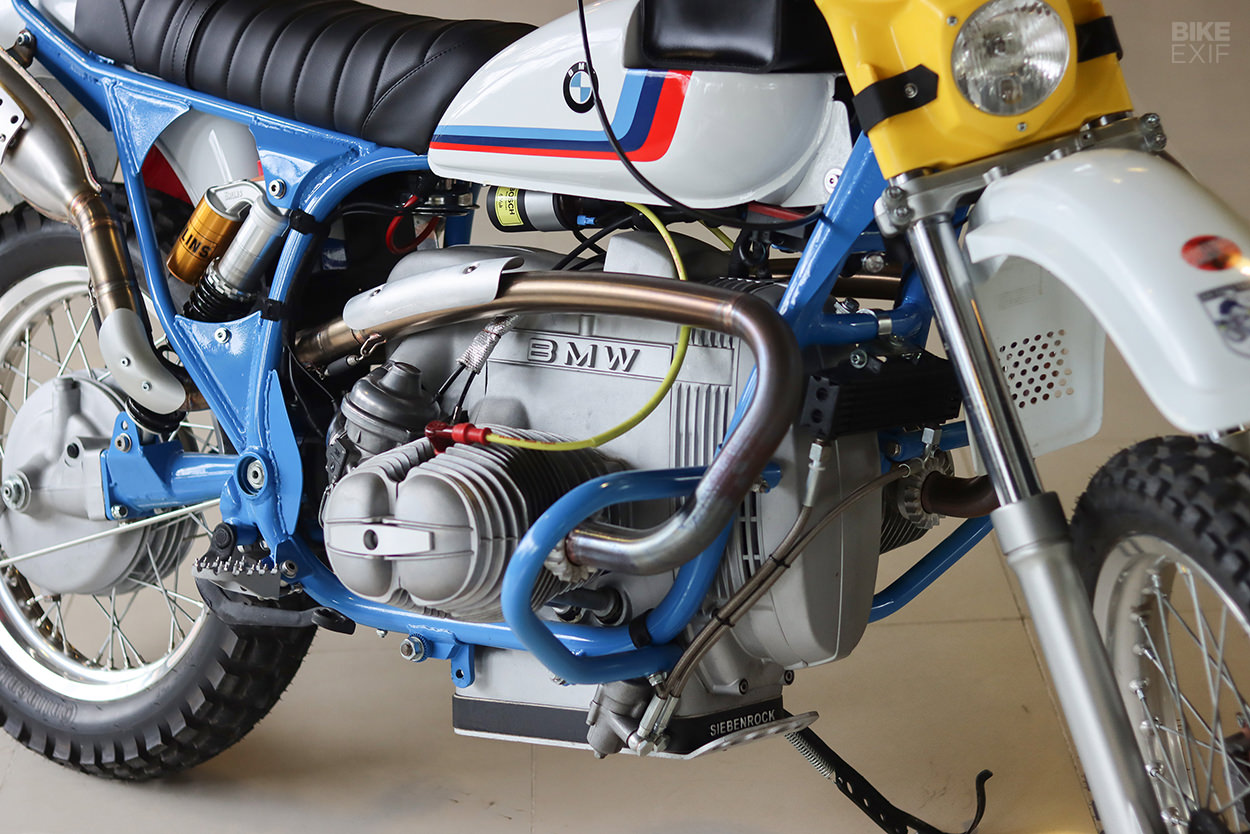 To avoid any surprises, UFO Garage rebuilt all the engines, with new seals, gaskets and valve guides, plus fastidious work on the valve seats. “Everything necessary, so that they do not consume or lose oil,” says Efraón. 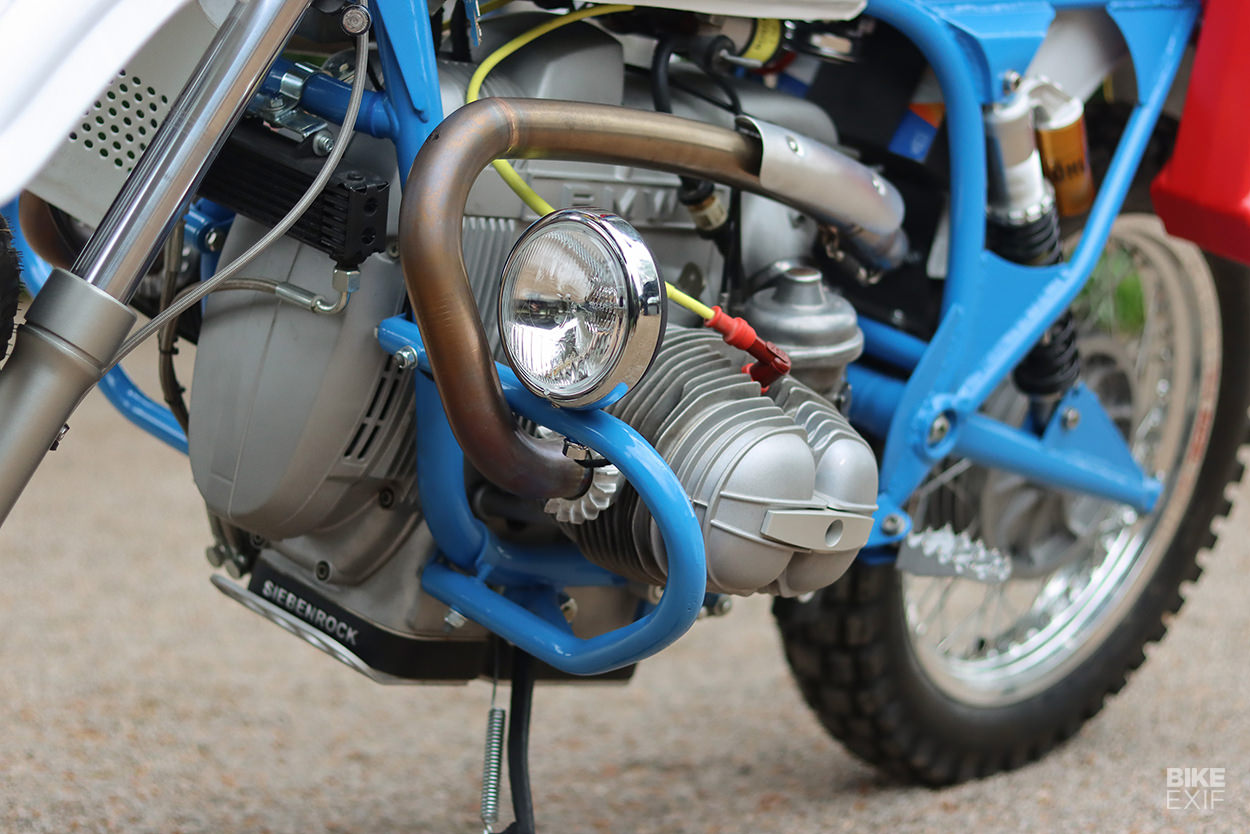 The engine cases have all been treated to Cerakote, in a finish that resembles aluminum but is easily cleaned. And when installed back into the frames, new clutches were fitted as well. 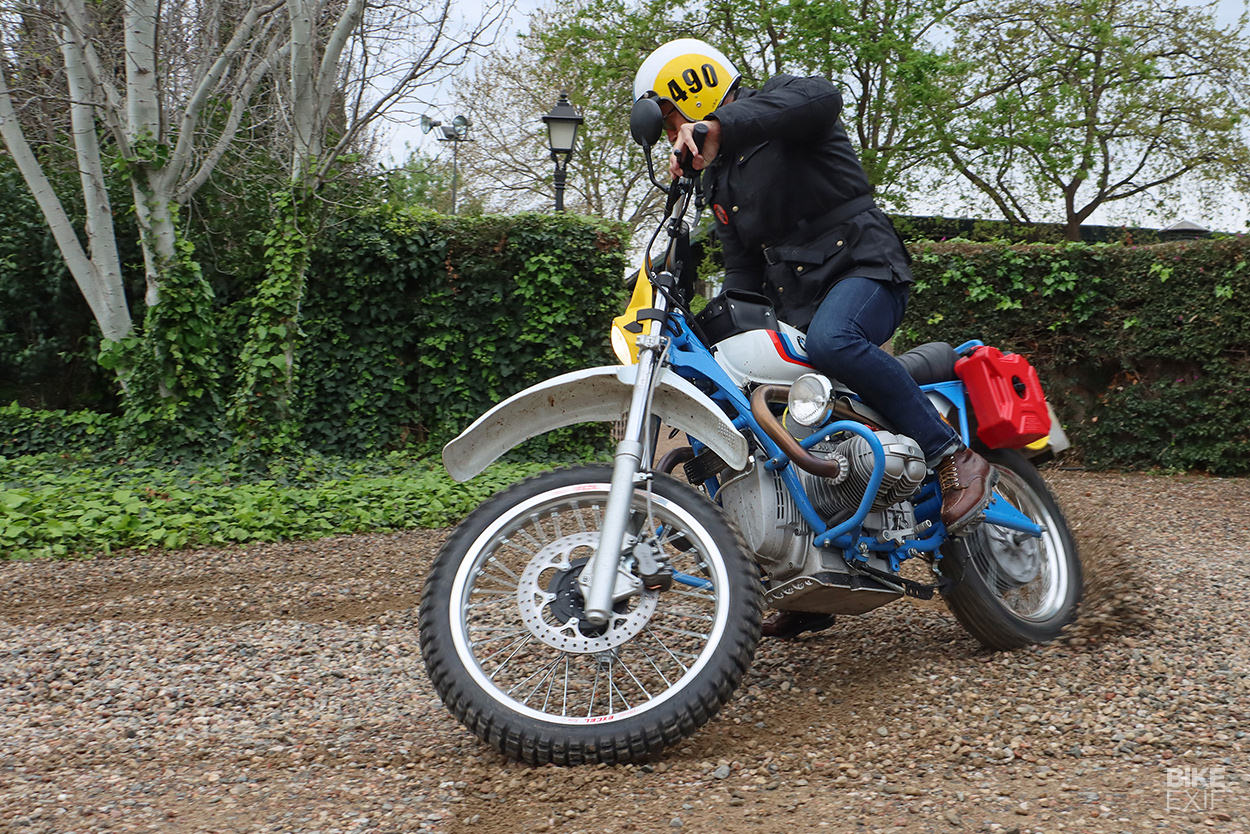 The forks come from Yamaha XTs, for extra dirt road prowess. “We’ve dropped the original alloy wheels and converted to spoked wheels, equipped with Excel rims.” And of course there are fenders galore, including chunky custom-designed rear units in fiberglass, which sit snugly between the rails of new subframes.

Efraón has also modified and reinforced the chassis of each bike, taking inspiration from BMW’s own chassis reinforcements on the original Six Days bikes. That new subframe mimics the layout of the enduro bikes, using 20mm tubing. 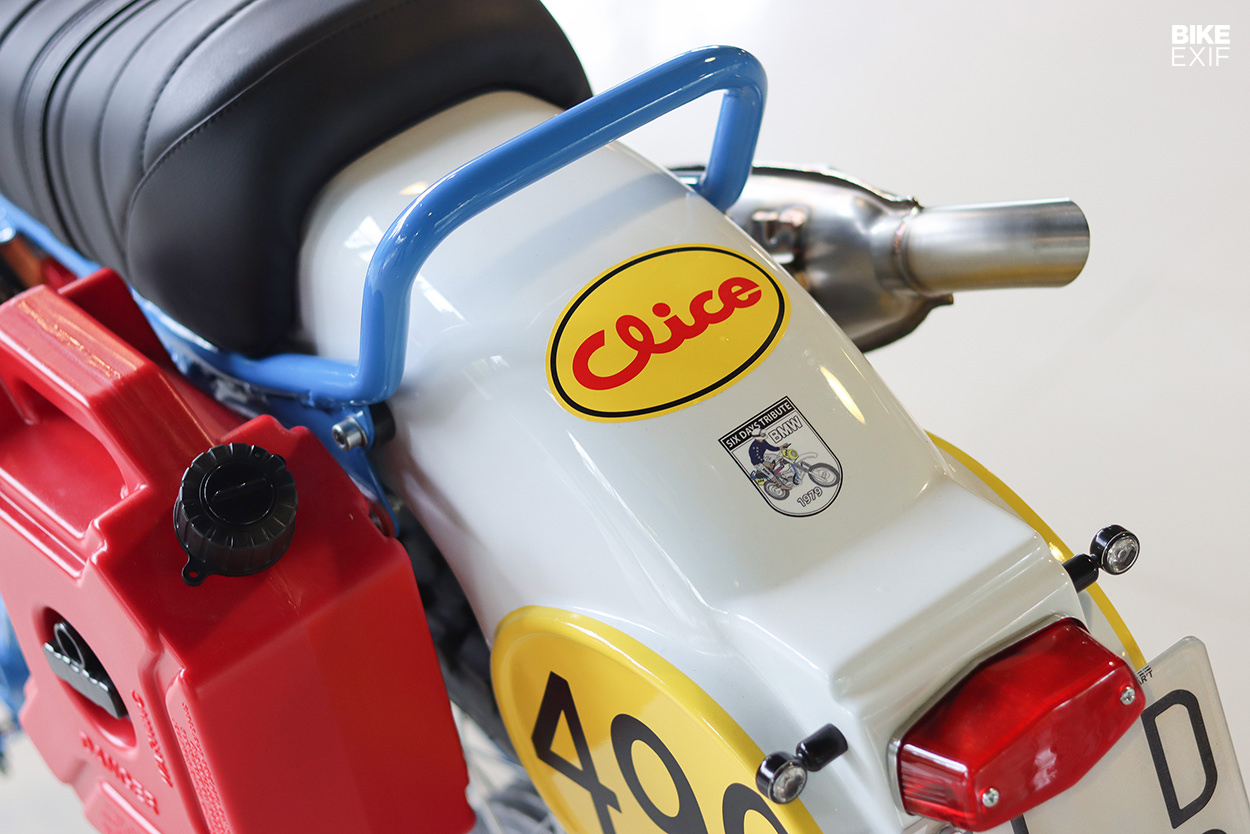 There are subtle differences in the geometries, according to the size of each client, but all frames are beautifully finished in Sky Blue powdercoat and topped off with a deep, plush seat of UFO’s own design, upholstered in tuck-and-roll style.

The tank eschews the bulk you often find with enduro tanks, but these bikes aren’t going to be running through remote forests for several hours without a stop. And the proportions are perfect. “The tanks only have eight liters capacity,” says Efraón, “so we decided to install extra five-liter cans for a little more autonomy.” 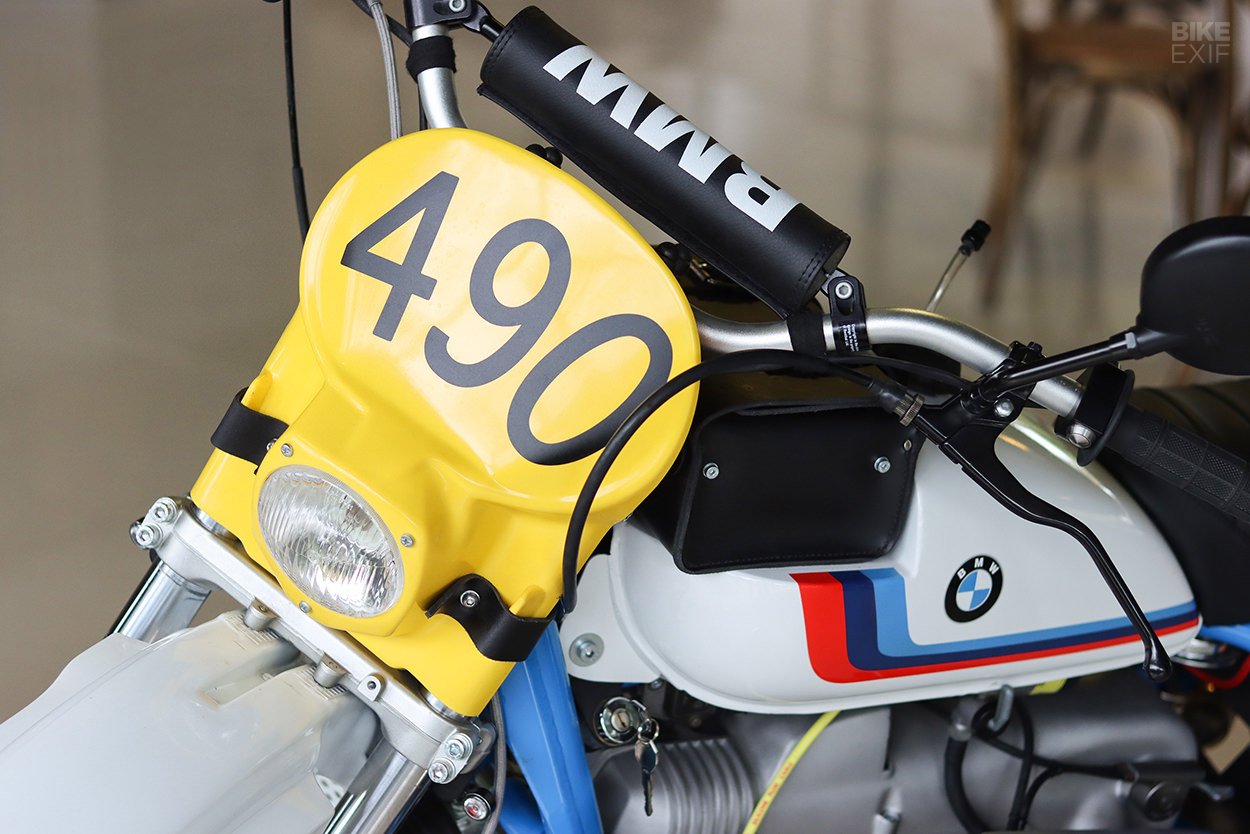 The front part of each tank is cut away, and fitted with a leather bag for easy storage. Inside each bag are 12V power and USB outlets. They’re wired into a completely new electrical system based around proven Motogadget components.

The lighting is distinctly old school though, with analog headlights set into UFO’s own enduro mini-fairings, plus ancillary lights mounted onto the crash bars for extra illumination at night. 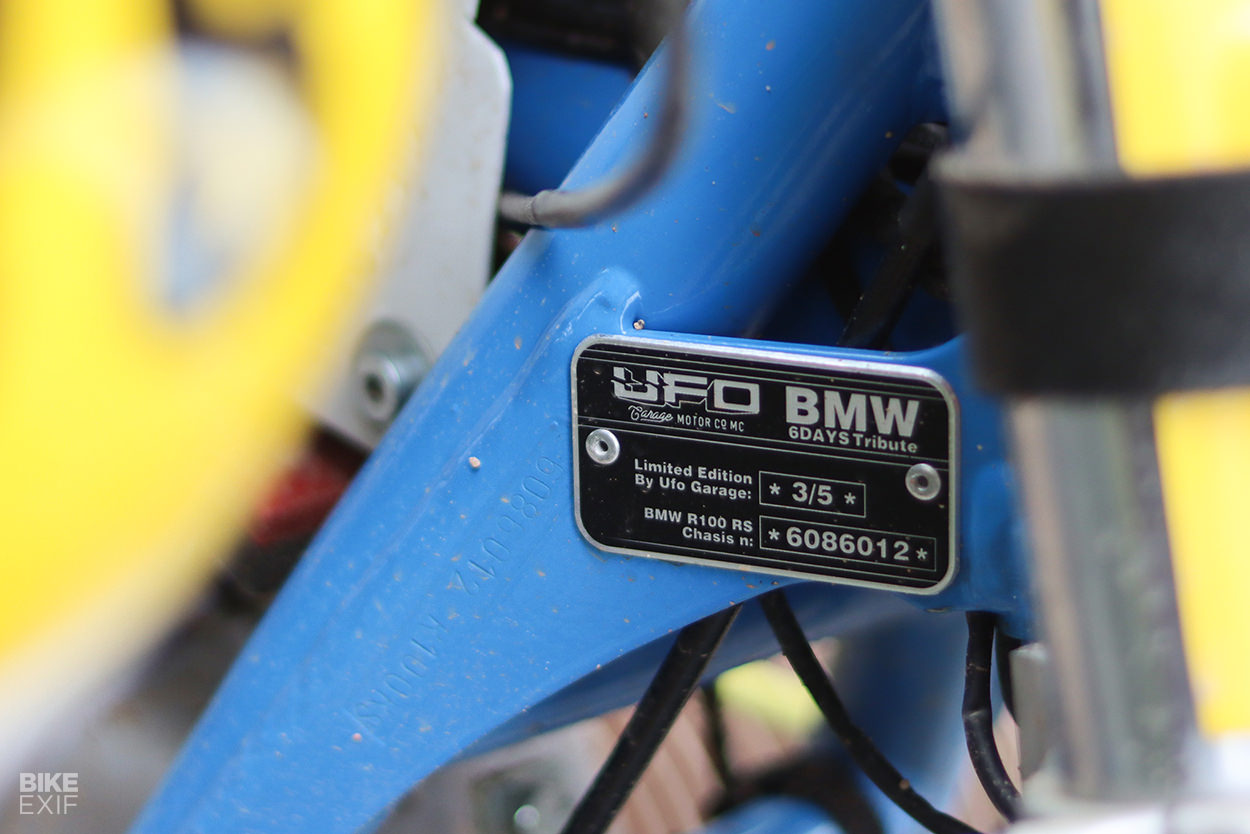 We’re deeply envious of the buenos caballeros who commissioned these machines. Congratulations and respect to Joseph Bach, Rai Grifols, Jose Maria Vidal, Julia Luna Nova and Andres Vidal. We wish you well on your adventures. 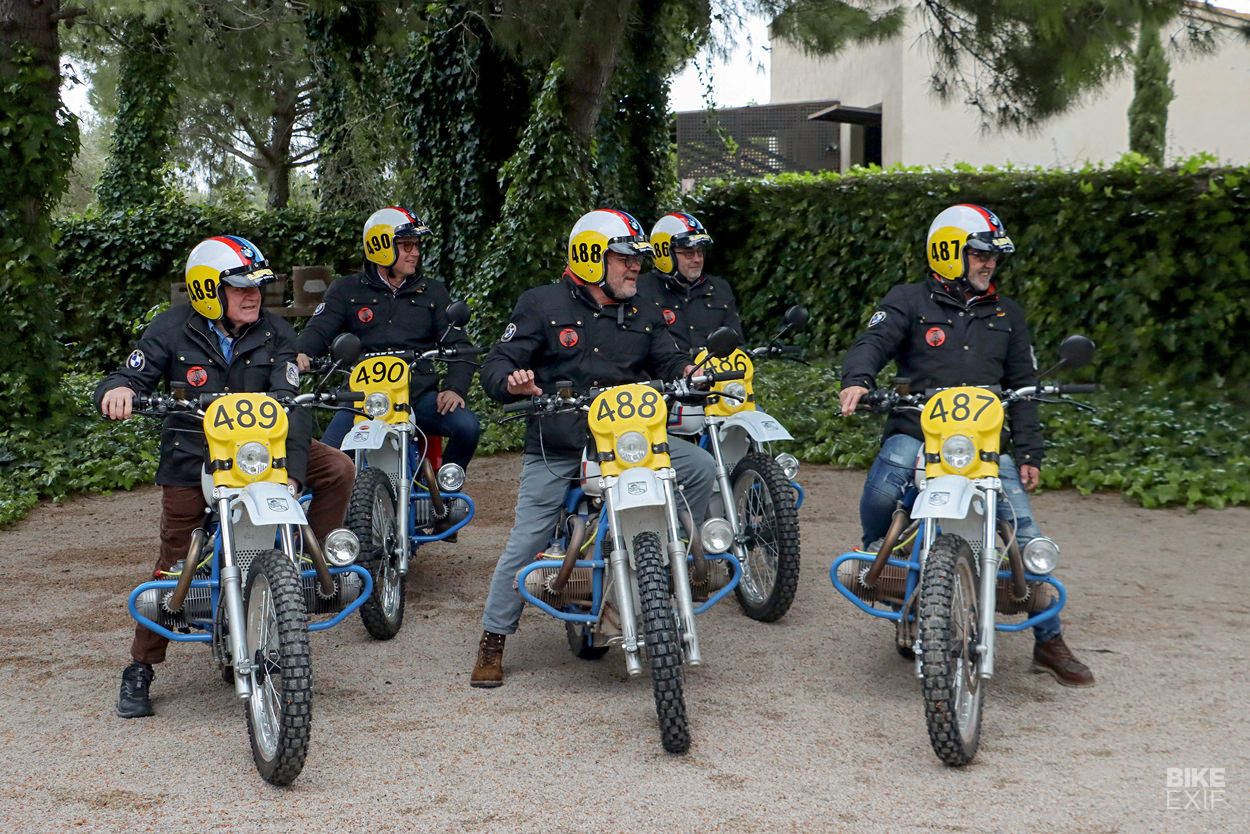