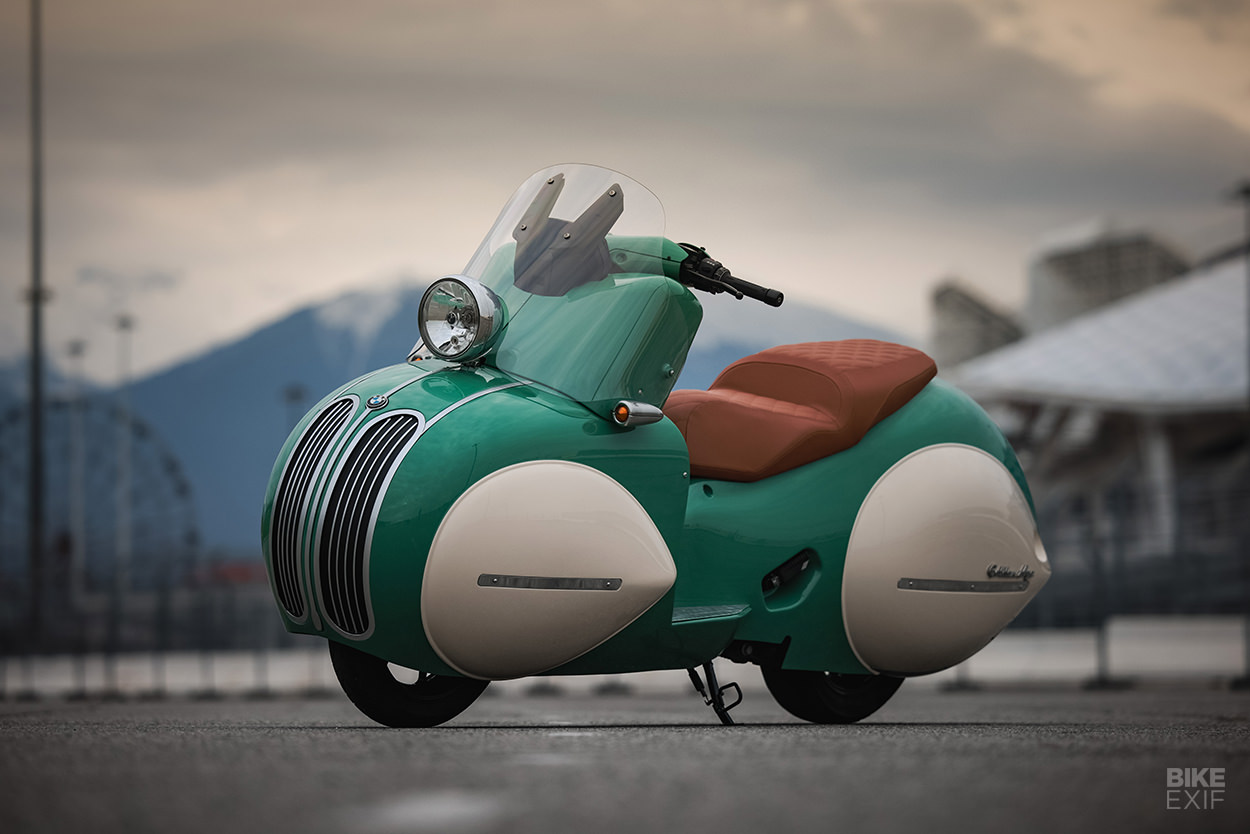 There’s a problem with big leaps forward in tech and styling: for every person who loves something futuristic, there’s someone else who hates it. You only have to look at the market for electric motorcycles to see this.

Cutting-edge scooters like the BMW C400 X are similarly afflicted. The styling is straight out of a Transformers movie, and you can buy a new Triumph Trident 660 for less money. But the C400 does make it easy to store shopping or a helmet, and some folks find scooters more comfortable to ride. 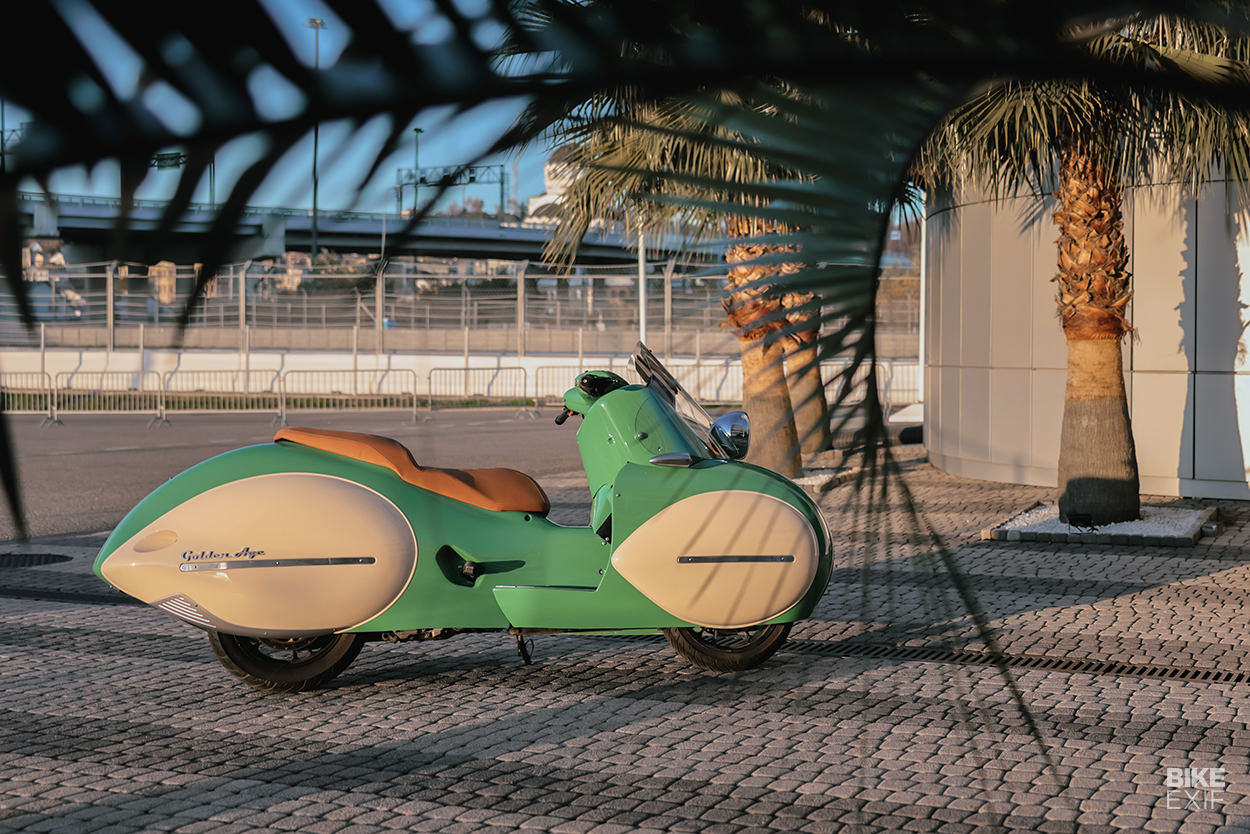 A year ago, NMoto caused a stir with its C400-based ‘Golden Age’ concept. The machine is finally in production, and despite the high tech underpinnings, the styling has taken a big leap backwards—in a good way. 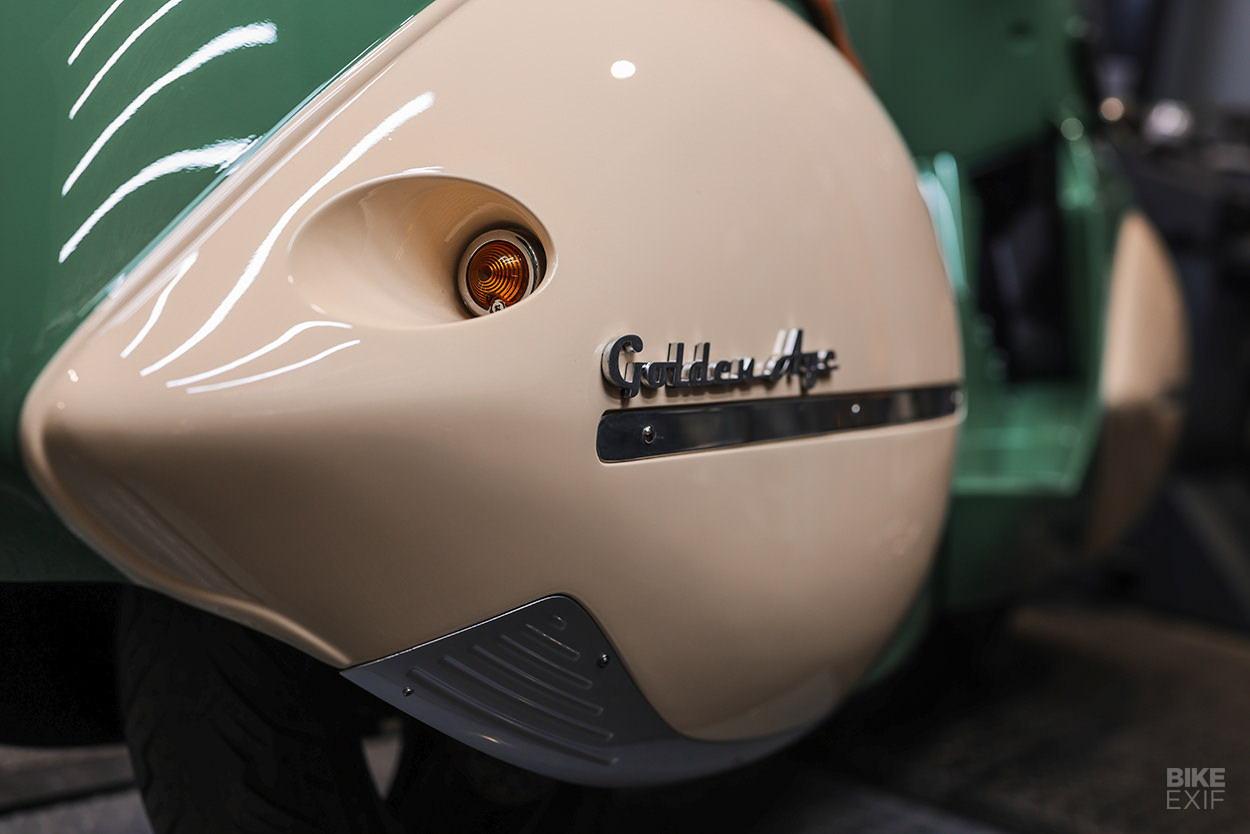 “The main challenge was our desire to make this custom available to everyone,” says Alex. “That is why we chose the BMW C 400 X as the base model—the most affordable scooter of the German brand.”

To keep weight down, the stunning bodywork is rigid carbon fiber composite, rather than molded from plastic. The kit was developed and produced with the help of the Russian shop, Zillers Motorcycles—the AMD World Championship holders, and builders of the incredible ‘slammed’ BMW R nineT. 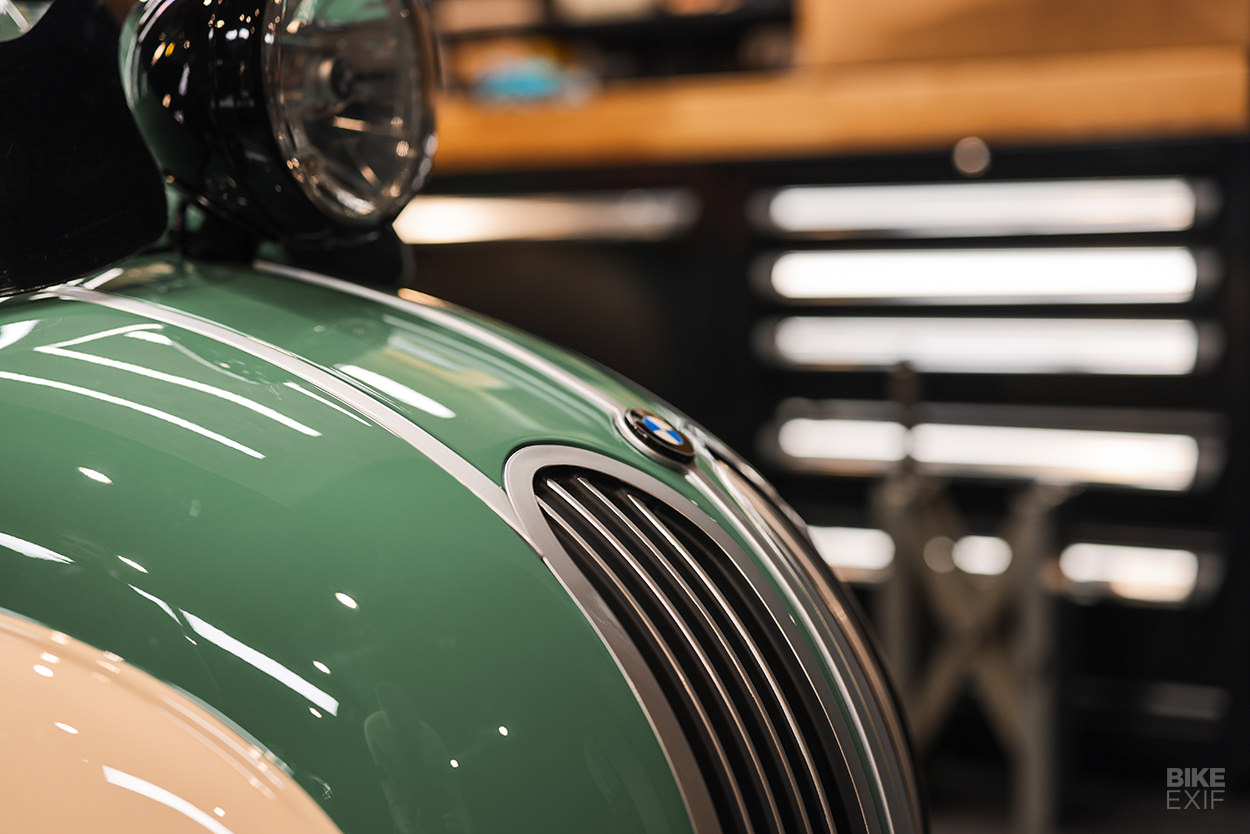 This lightweight body, with its iconic ‘kidney’ grille, helps Golden Age reach a top speed of around 90 mph (144 kph). That’s a fraction more than the C400X, and pretty good for a 350cc, 34 bhp engine.

The body is built up from seven pieces, and attached to mounts with the same torx screws that BMW themselves use. And despite its deliciously curvaceous nature, the Golden Age can handle corners with aplomb. “The maximum lean angle is 35 degrees,” says Alex, which is about a degree more than the new Harley Sportster S. 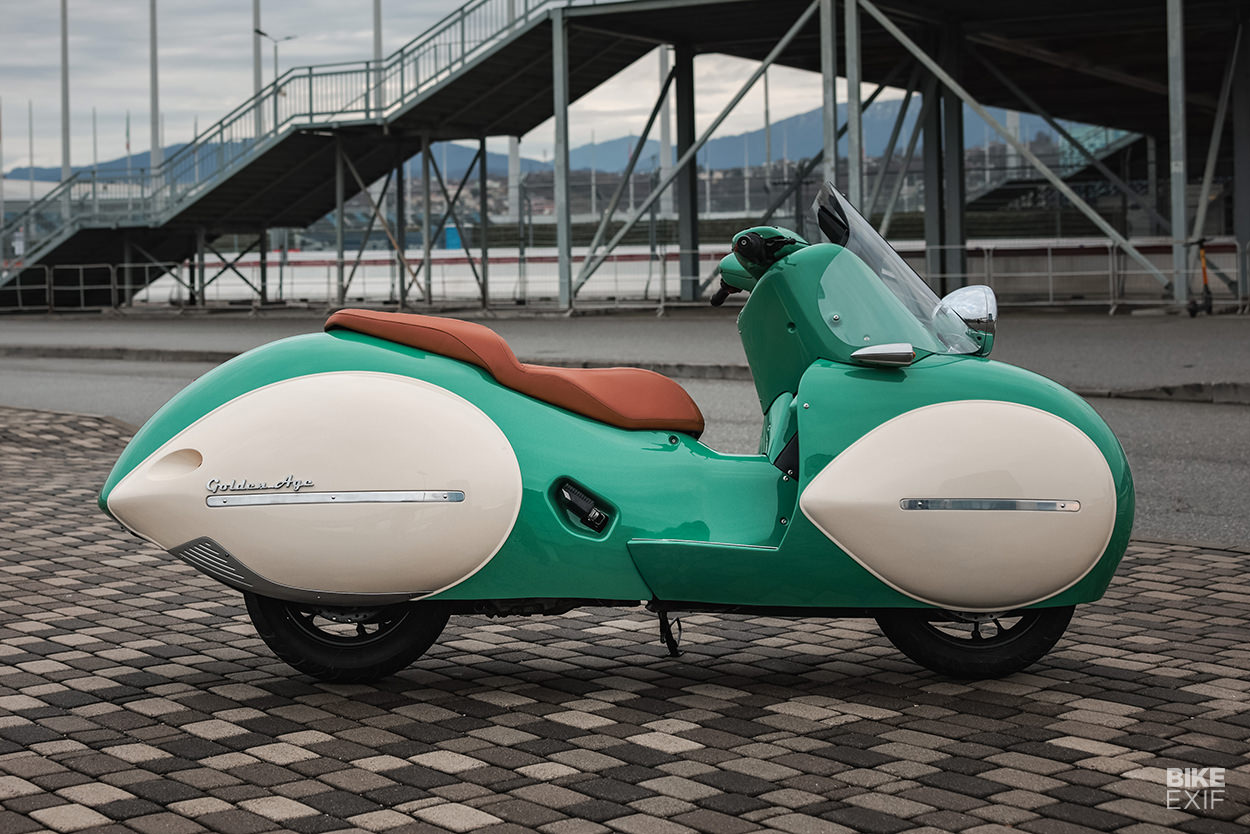 Other mods include new front and rear subframes, new turn signal housings, and an exhaust system relocation kit. The muffler is heat-shielded, and a new pipe reroutes exhaust gas to a small grille in the lower part of the rear fairing.

All the good stuff from the factory is still there though—including the ABS, automatic stability control, the Bluetooth dashboard with a 6.5-inch display, and capacious storage under the seat. The seat can be heated, and has a convenient central locking system for the storage area that’s shared with the main ignition. 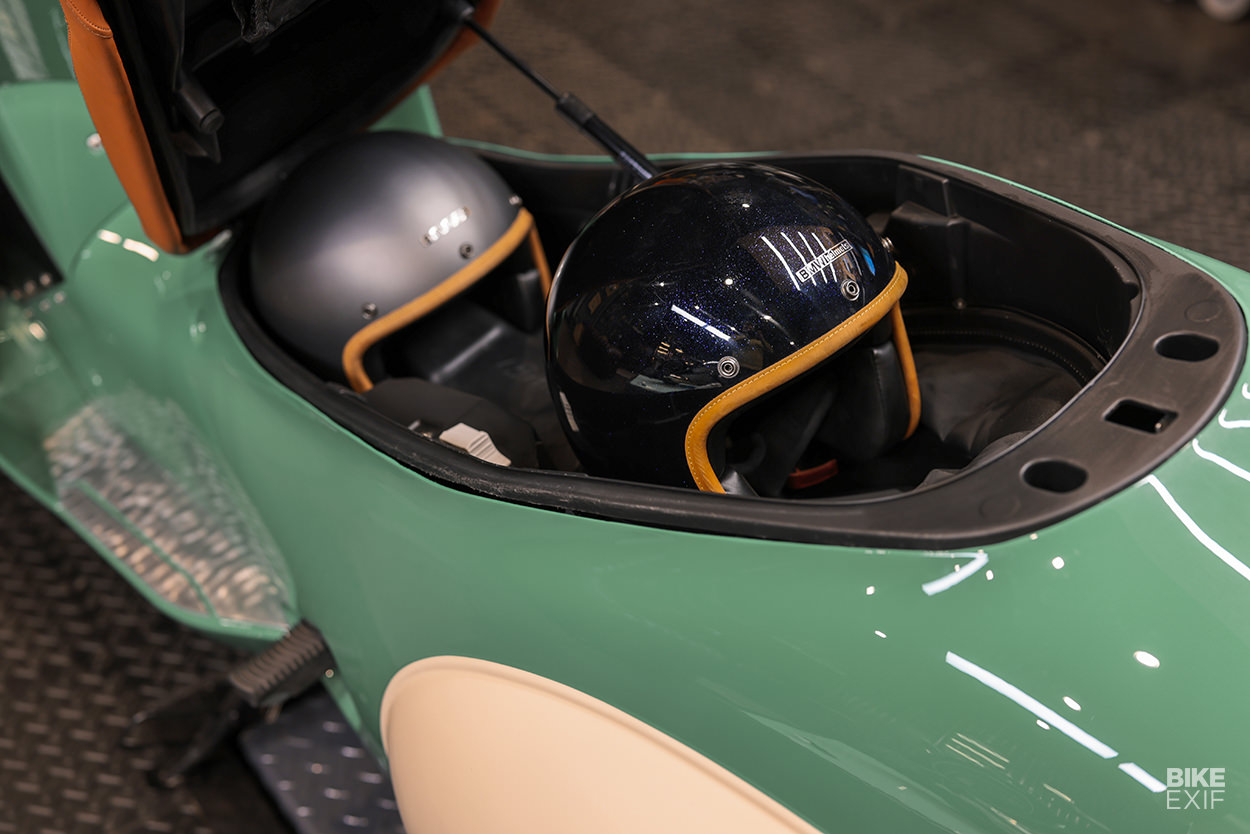 NMoto have a lot of experience with kits, and are planning 100 units of Golden Age. It’s available as a completed bike, or as a fit-yourself kit manufactured in the Zillers factory. Options will include custom upholstery, air suspension, a chrome luggage rack and even LED underbody lighting.

Kits can also be supplied with rear-view mirrors, headlight and turn signals certified for different markets—including the US and Europe. 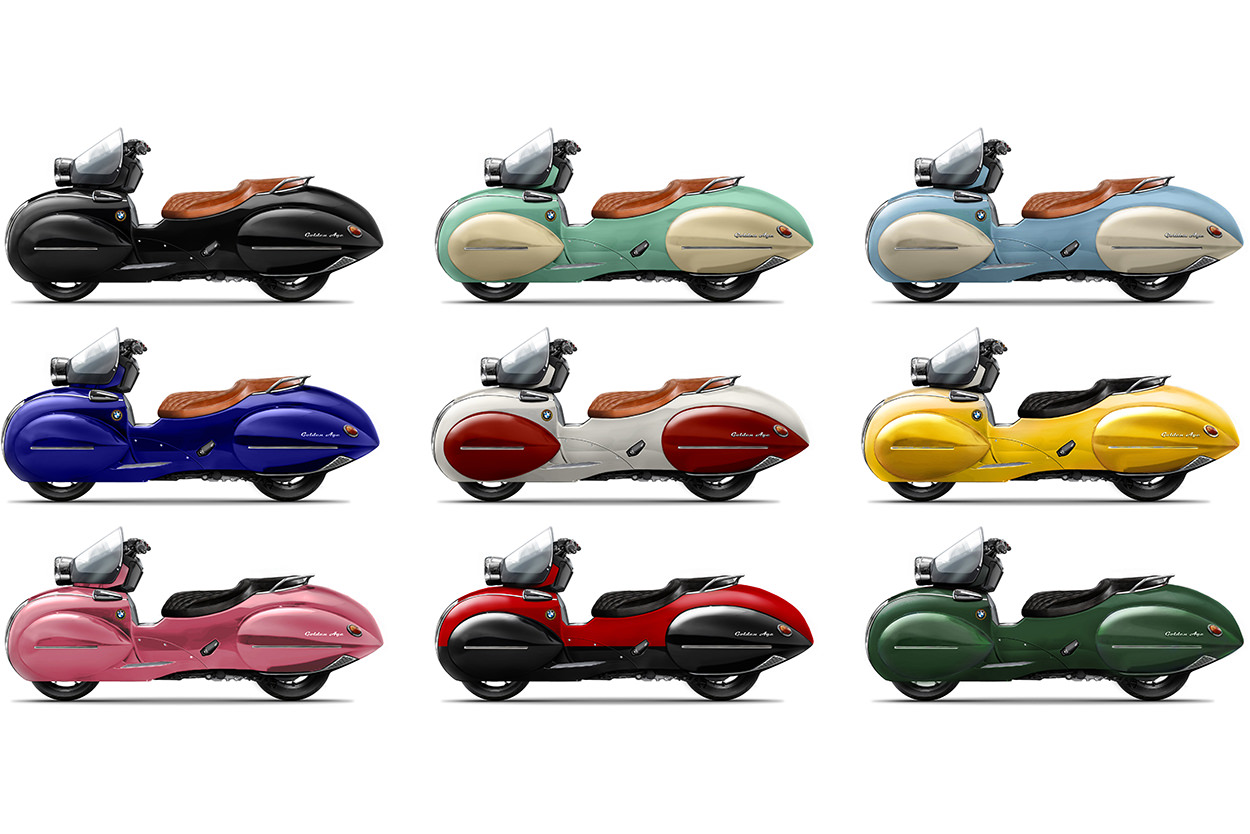 The cost is $9,990, with unpainted carbon. There are several permutations that buyers can choose from; the bike in these images has an early R nineT headlight and Harley turn signals, but the LED headlight from the 2021 R nineT or R18 also fits via an adapter.

For a little more cash, NMoto can supply single or two-tone paint, and even build up a complete motorcycle. 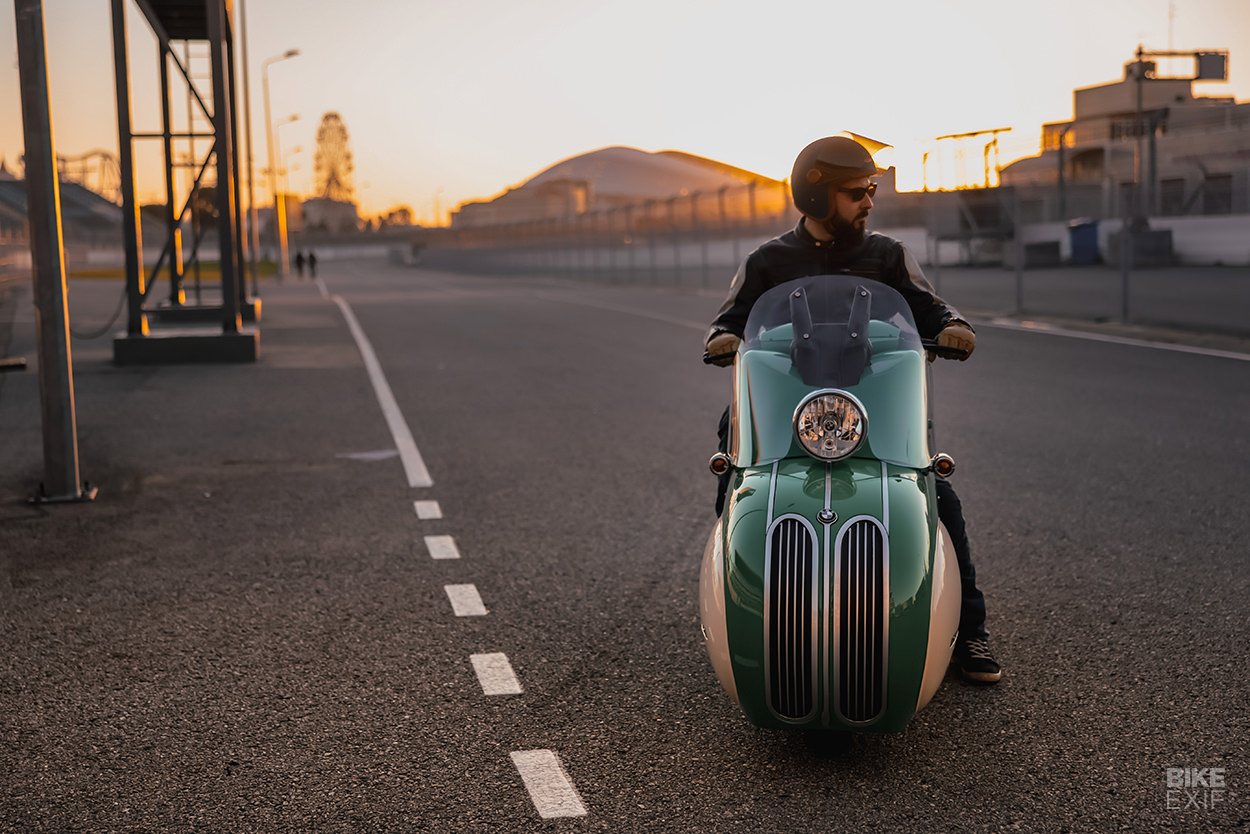 NMoto is based in Miami, but also has an office in Russia now. And if you’re in Europe, there’s no issue getting a C400X—either new or secondhand. But BMW dropped the X model from the US lineup when the development of Golden Age was already in full swing. The only C400 you can now get in the States is the GT model.

“There are a lot of differences between those models and the kit will not fit the GT,” says Alex. “Some of our US clients already bought the last remaining C400Xs. We also have some, but for all others, we’ll suggest buying a used model with low miles for the project.” 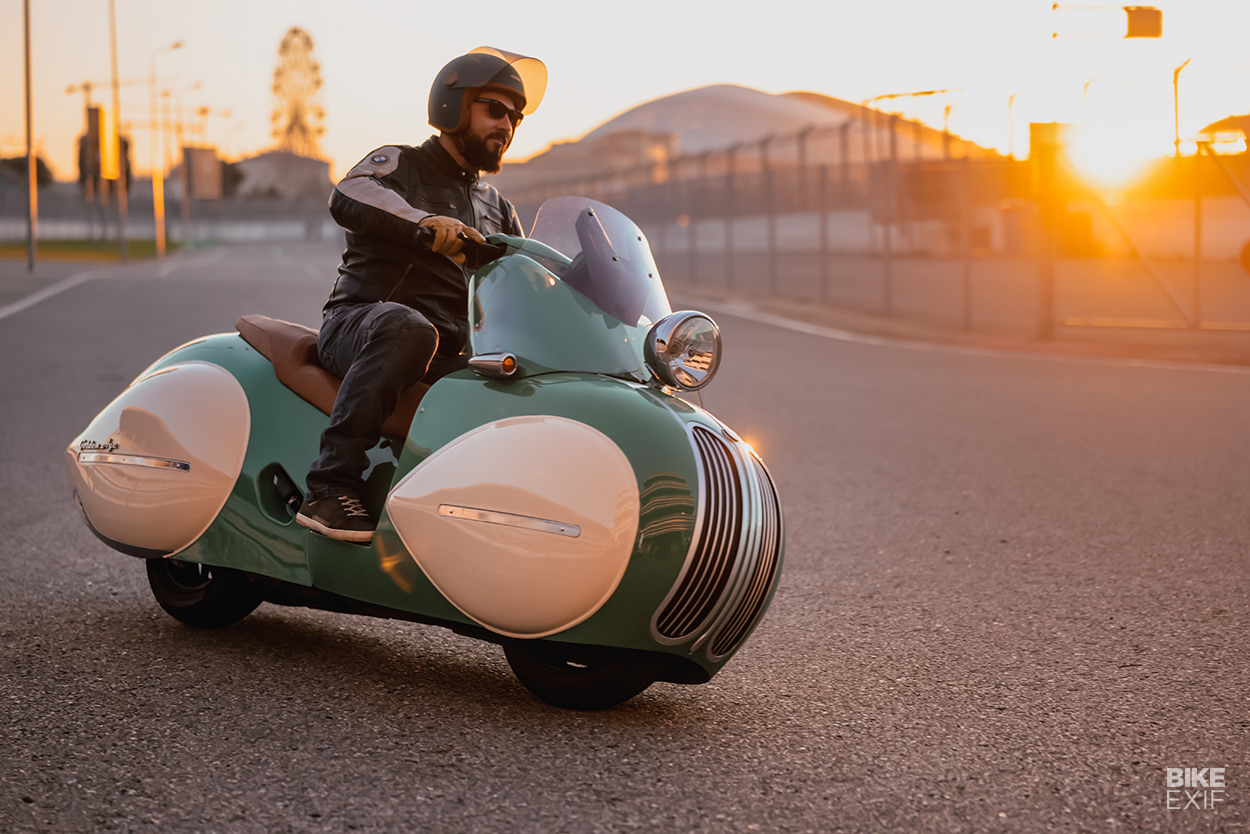 Despite the wild looks, Golden Age would work just fine as a daily driver. We’re told that several kits have already been sold via pre-order, and the company is now planning deliveries for early 2022.

We suspect the looks of this machine will be just as polarizing as the scooter it’s based on. But, hey—variety is the spice of life. If you’re the kind of person who loves Art Deco style and doesn’t mind chatting to complete strangers when you park up, Golden Age is the perfect set of wheels for you. 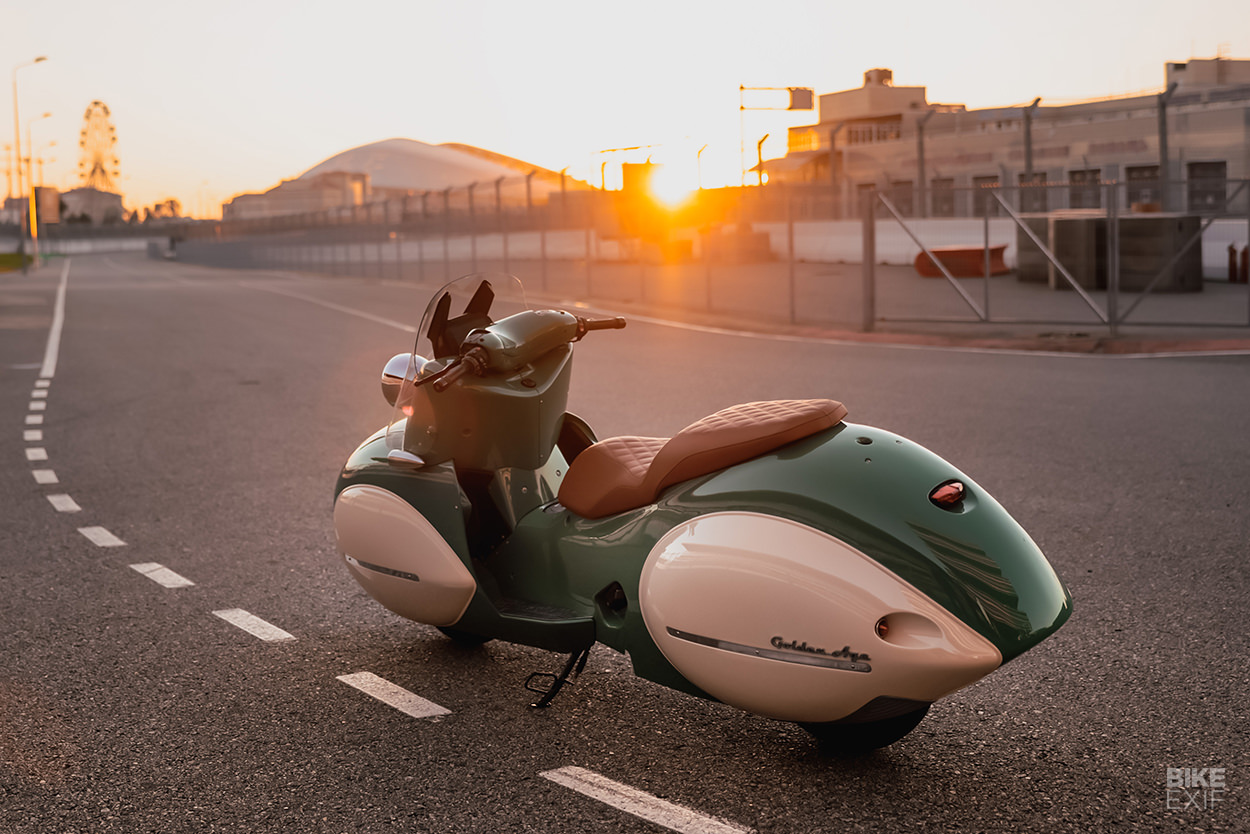