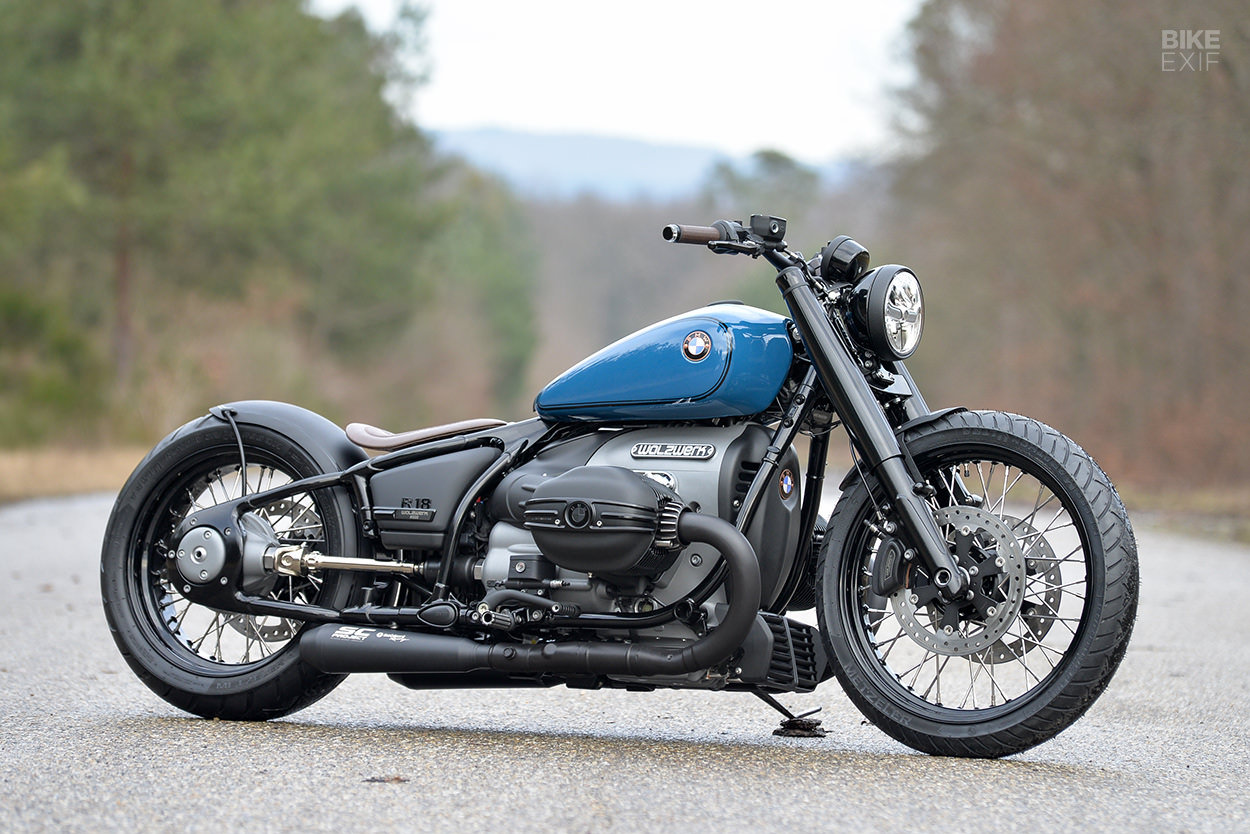 Whenever a concept motorcycle becomes a production motorcycle, there are tears over how far the final product has strayed from the original design. The BMW R18 is no exception—but ultimately it’s an unavoidable scenario. Concept bikes are there to turn heads, but production bikes need to consider practicality, mass appeal and homologation for different markets.

So once the bike’s rolled off the assembly line, it’s up to customizers to ‘fix’ it. This slick R18, from the famed German shop WalzWerk, is the third in a rapid sequence of subtly tweaked R18s that we’ve shown recently. And it makes a really strong case for the behemoth boxer’s potential, landing surprisingly close to the first R18 concept’s mark. 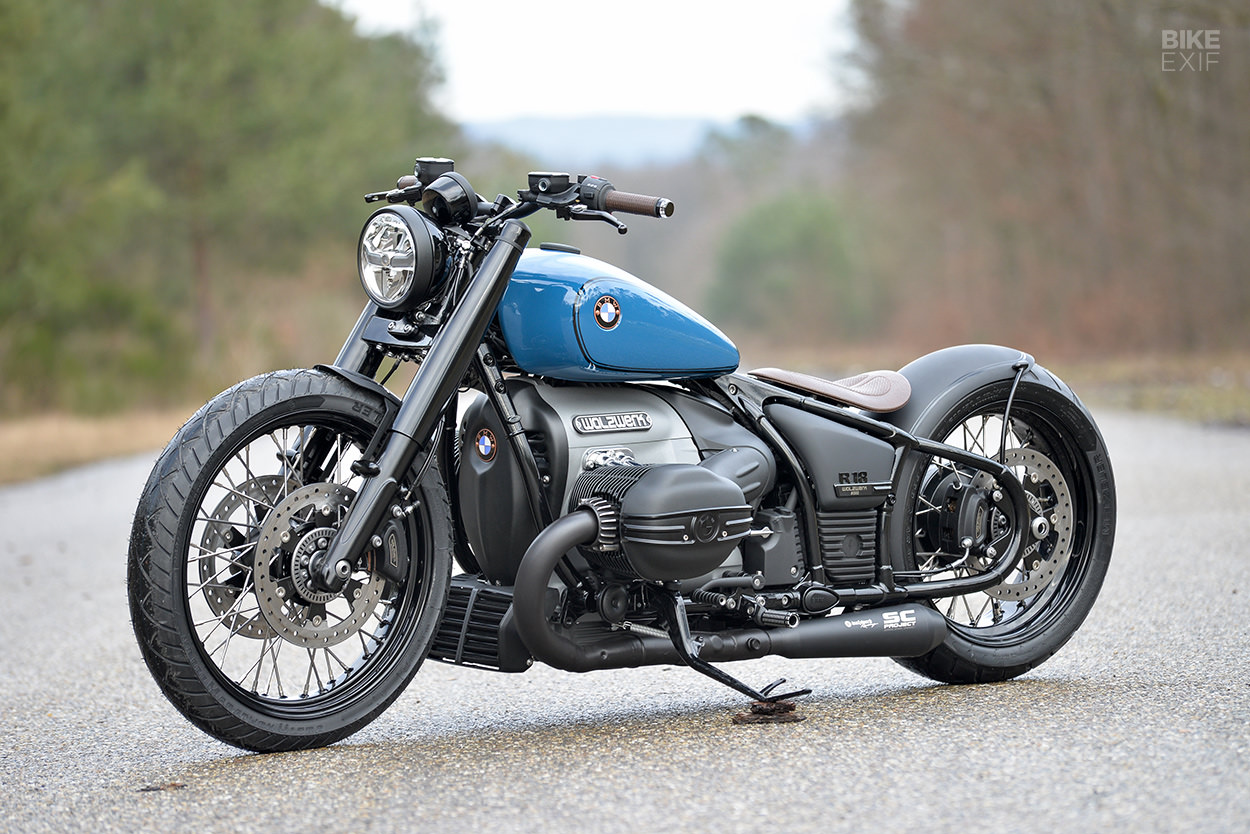 WalzWerk’s decision to nip and tuck the R18, rather than completely redesign it, is a deliberate move that’s informed by their current business model. The shop’s main focus right now is series builds—so they’ve designed the R18 in such a way that they can easily replicate it.

WalzWerk founder Marcus Walz explains the logic: “I’ve built bikes for a living for 31 years now. I don‘t have to reinvent the wheel, or build an R18 spaceship like some of my competitors did already. I‘m more focused on doing things in a commercial way, if you know what I mean.” 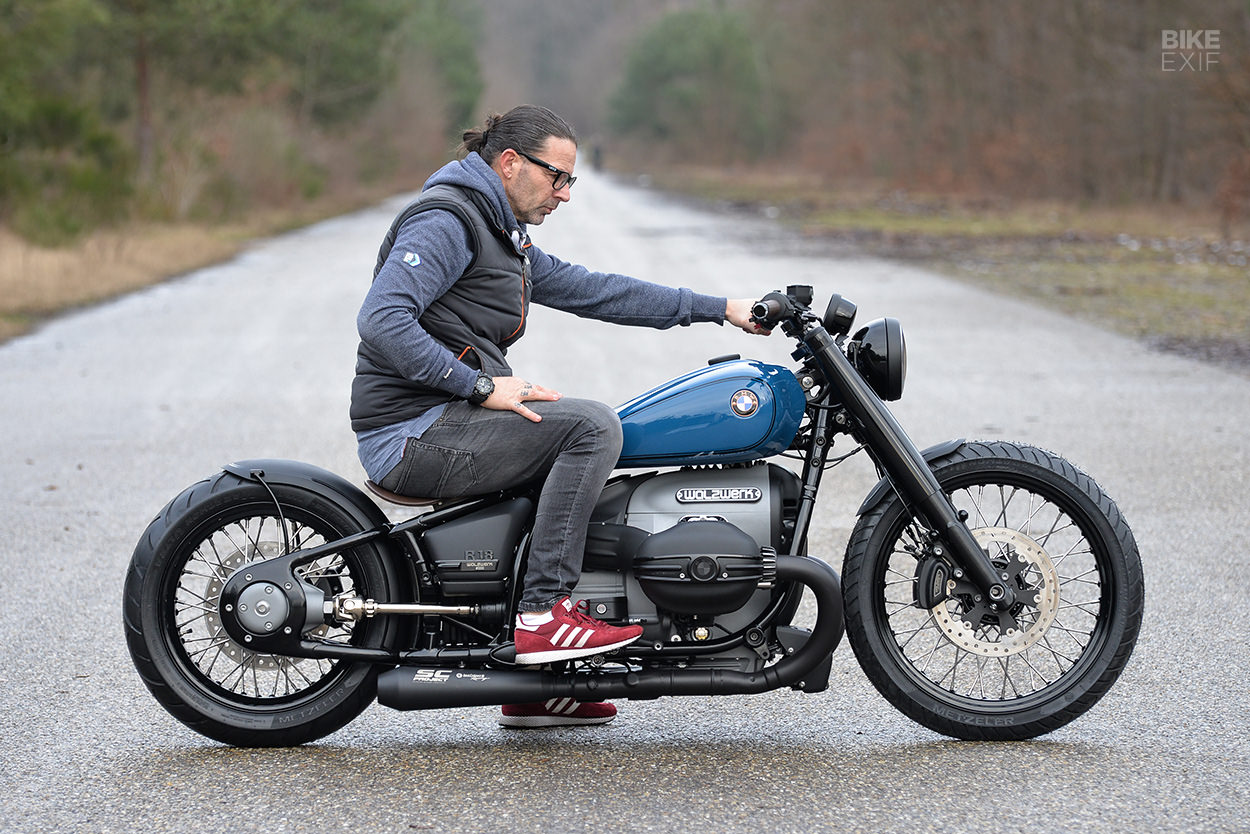 “Together with the Schizzo and the R nineT series bikes, we build around 70 bikes per year from the ground up, including R18s. And believe me, this makes me more happy than way back in the day with Walz Hardcore Cycles, building $150,000 bikes for Brad Pitt and Kimi Räikkönen.”

WalzWerk plan to build twelve R18s like this a year. And they’ve developed street legal kits that use the same parts, for customers that want to get their hands dirty. So while there’s a lot of clever custom work here, no single part is a true ‘one-off.’ 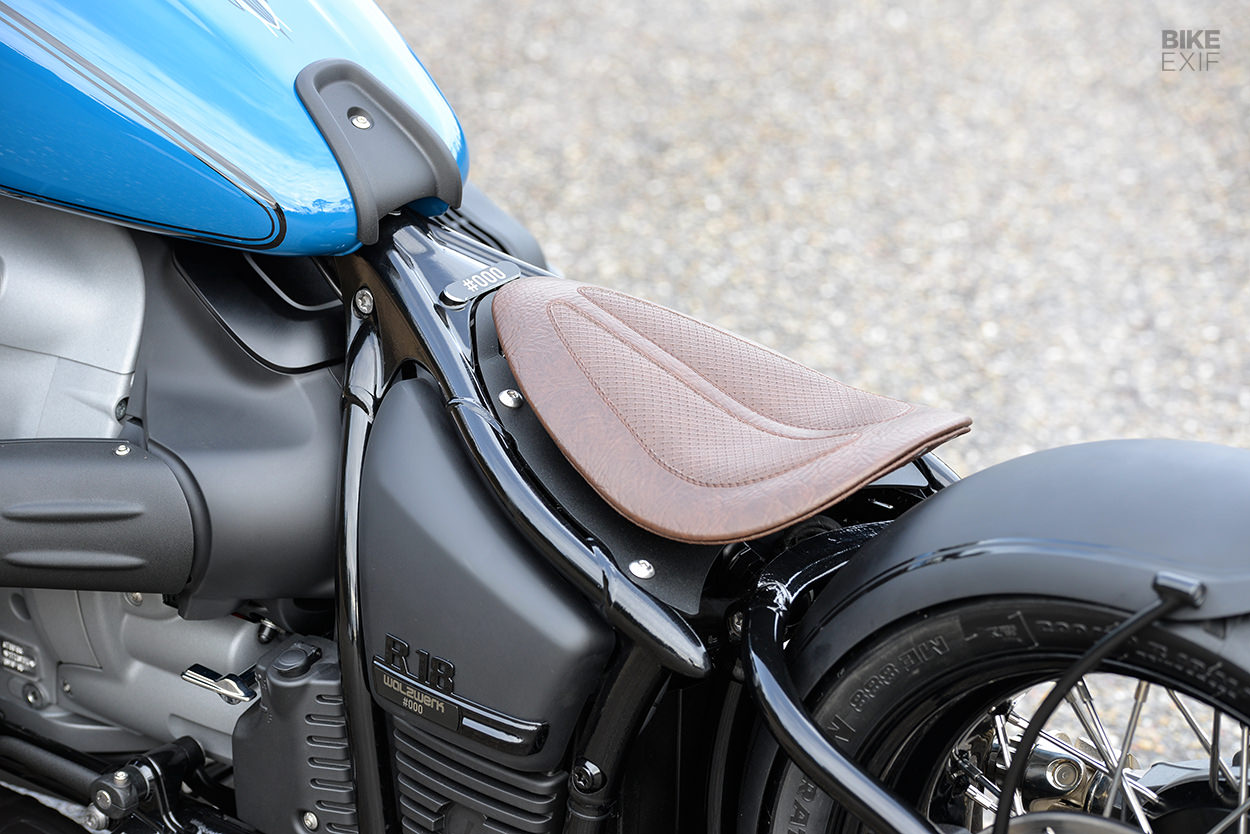 Arguably the neatest touch here is the ‘Bobber’ kit, which drastically reworks the rear end. It starts with a floating solo seat, which is mounted onto a blank-off plate to cover the BMW’s inner workings. You can order the saddle in two sizes, and there’s 75 mm of adjustment, front to back, to fine tune fitment.

The kit also includes a slimmer-than-stock rear fender, which hugs the rear tire. It’s mounted on an elegant pair of stays, with tiny LEDs stealthily embedded in the actual mounting lugs. These act as taillight and turn signal combos—but we’re not sure where the license plate goes now. 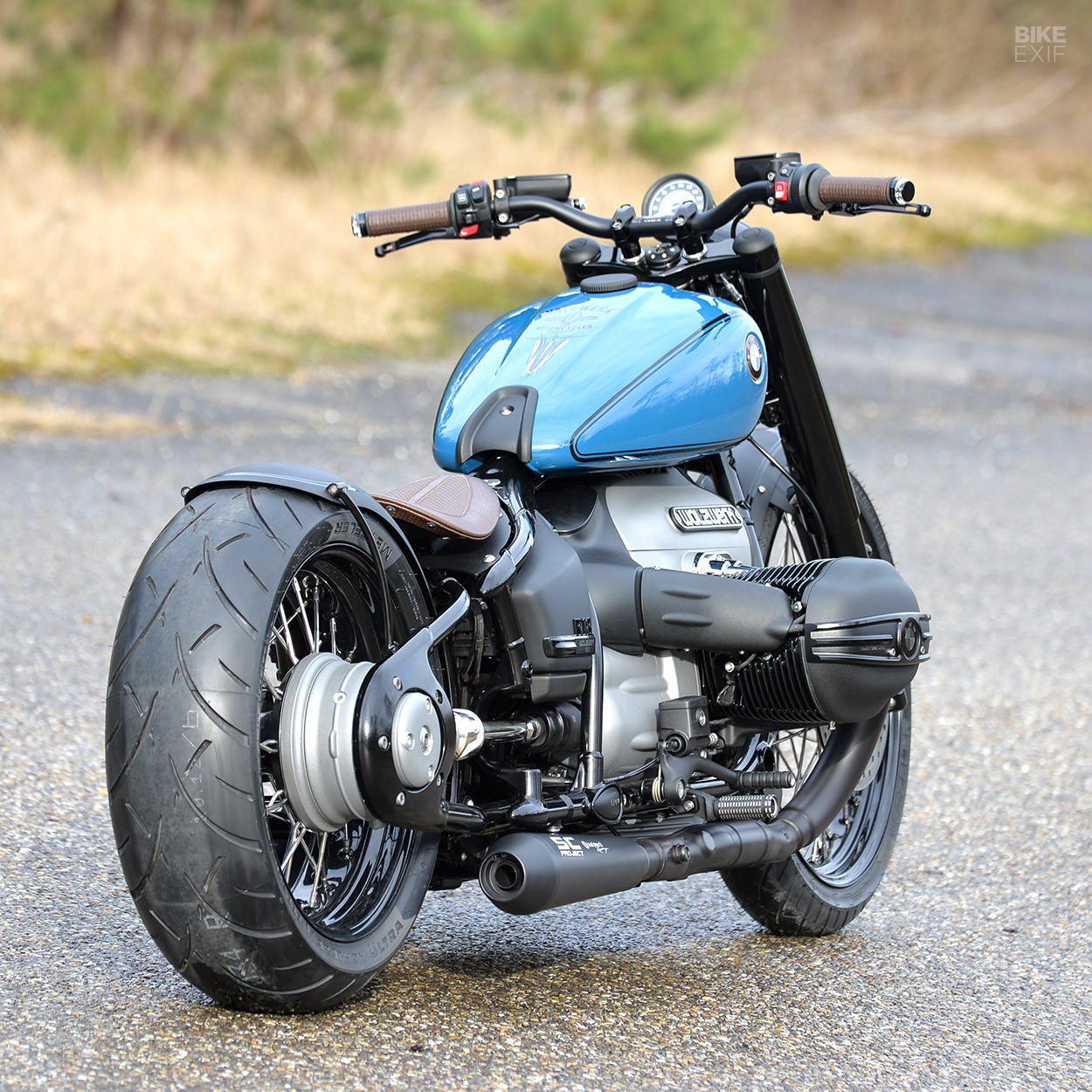 If this R18 looks even more low-slung than the stocker, it’s because it’s been slammed by about three inches. The front fork tubes are now shorter, and have upgraded progressive springs inside. And there’s a new height-adjustable rear shock out back, custom-built for WalzWerk by Touratech. 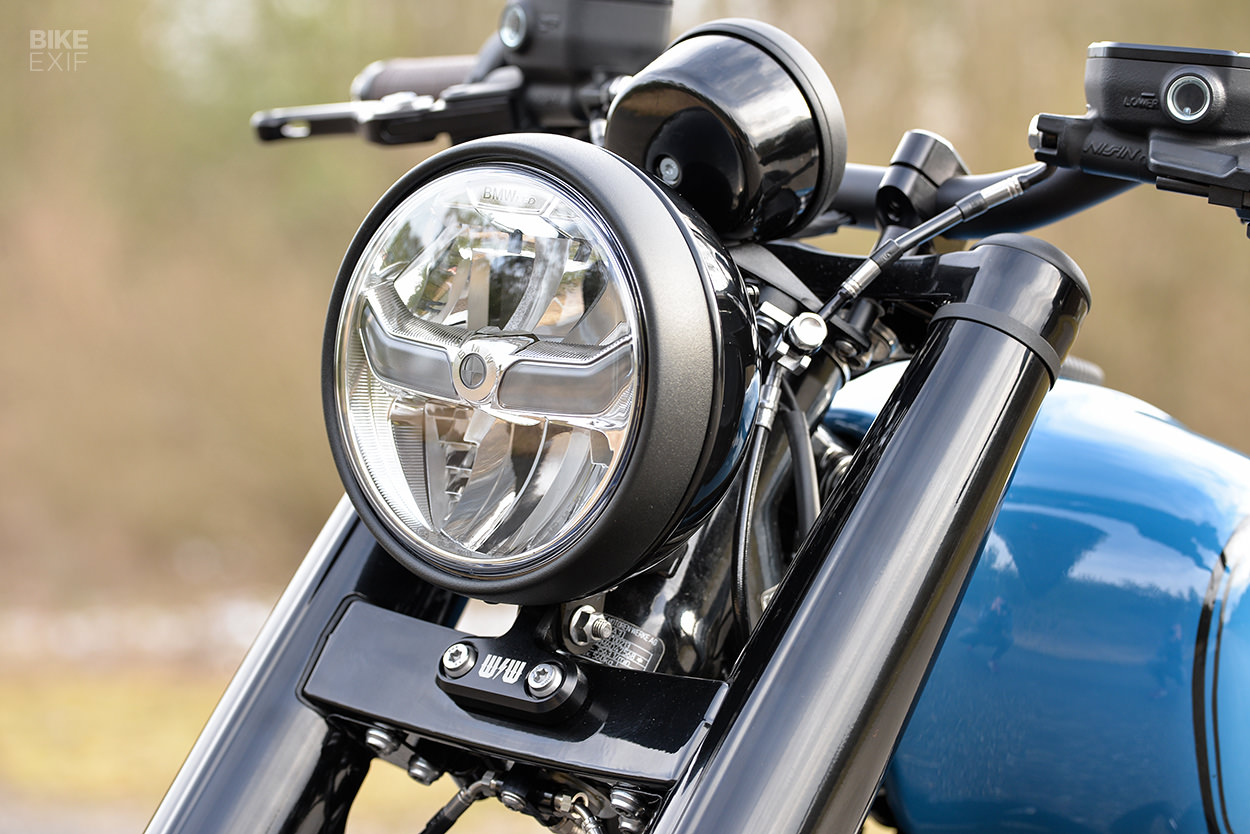 Up in the cockpit are new risers and bars that sit lower and tighter than stock, along with adjustable levers, shorter brake lines and stealthy fluid reservoirs. There are also brackets to move the headlight lower and further back, and to bring the speedo in tighter, so that the whole front end feels way more compact. You’ll also find bar-end turn signals, and a set of WalzWerk foot pegs.

The crew has added an abbreviated front fender too. Both fenders can be ordered to fit the bigger wheels on this bike, or BMW’s OEM wheel sizes. 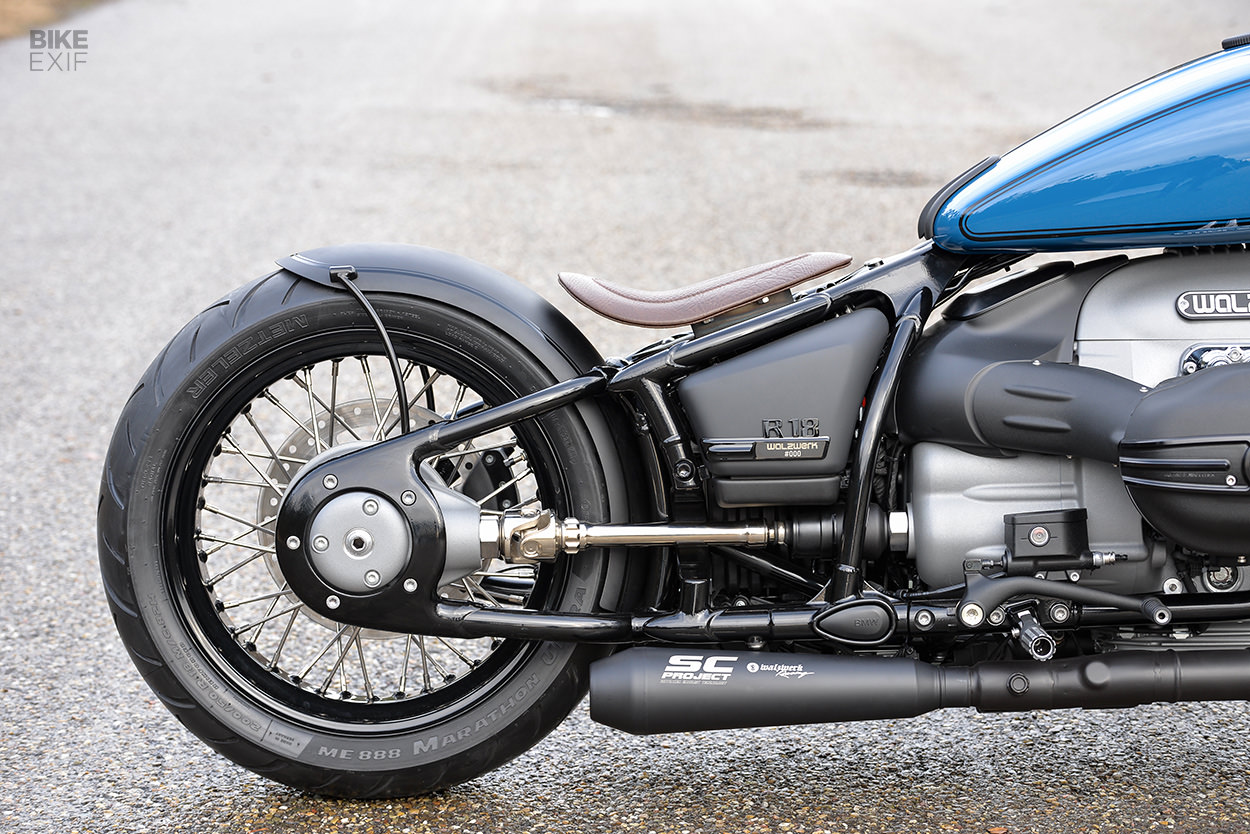 For the exhaust, WalzWerk stripped off the chunky chrome header covers and fishtail exhaust cans, and ceramic coated the headers in black. The new silencers are specially designed SC Project units, which the shop will be selling in either black or brushed stainless steel.

There’s not a stitch of chrome left on this cruiser now either. WalzWerk refinished all of the chrome bits in black, and fitted a pair of blacked-out valve covers from BMW’s own aftermarket catalog. And they swapped the engine badges out for their own branding. 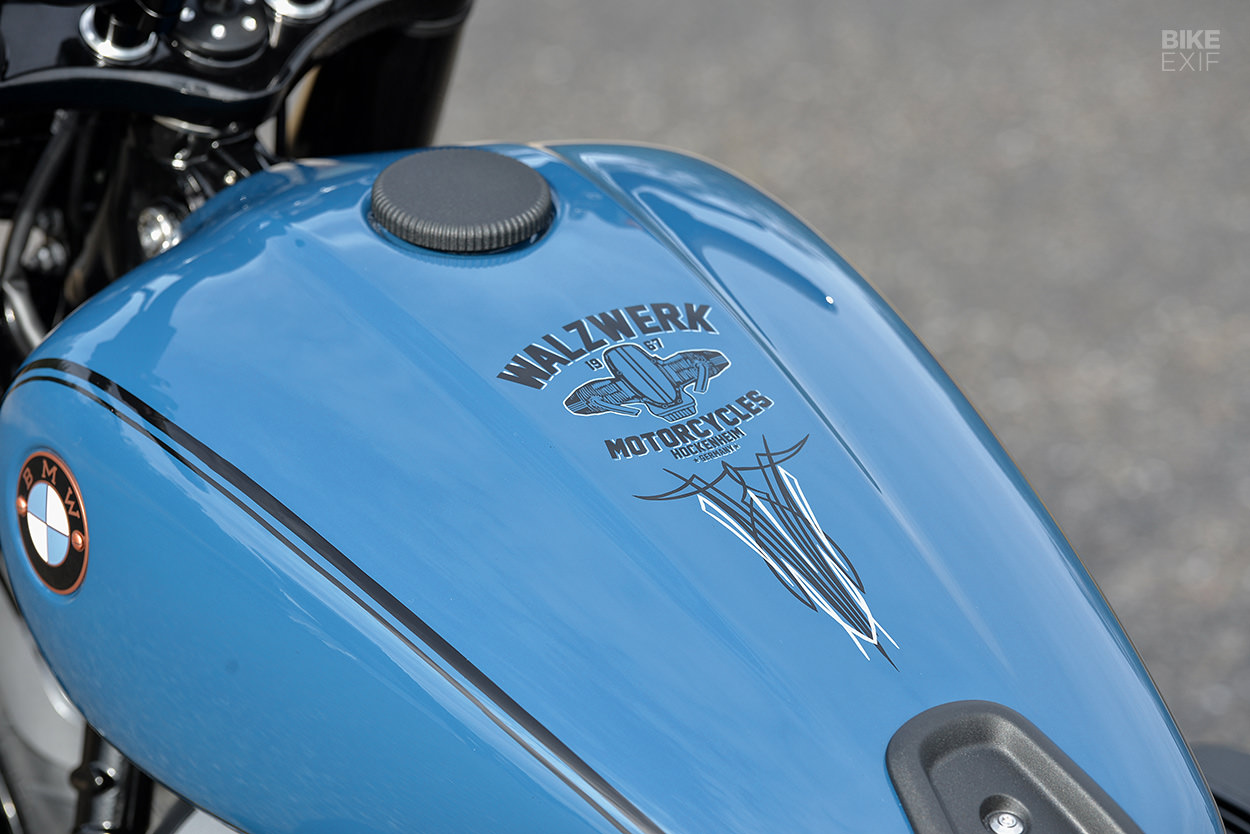 The only splash of color is petrol blue on the fuel tank—an inspired choice, borrowed from the Porsche 356. It wears double black pin stripes on the sides, as a nod to BMW’s classic designs, and a neat graphic treatment on top.

WalzWerk have also fitted period-correct copper BMW roundels to the tank, and to the engine’s breastplate. (They’re an optional extra for the R18, and come in a box with the bike if you buy the ‘First Edition’ model.) 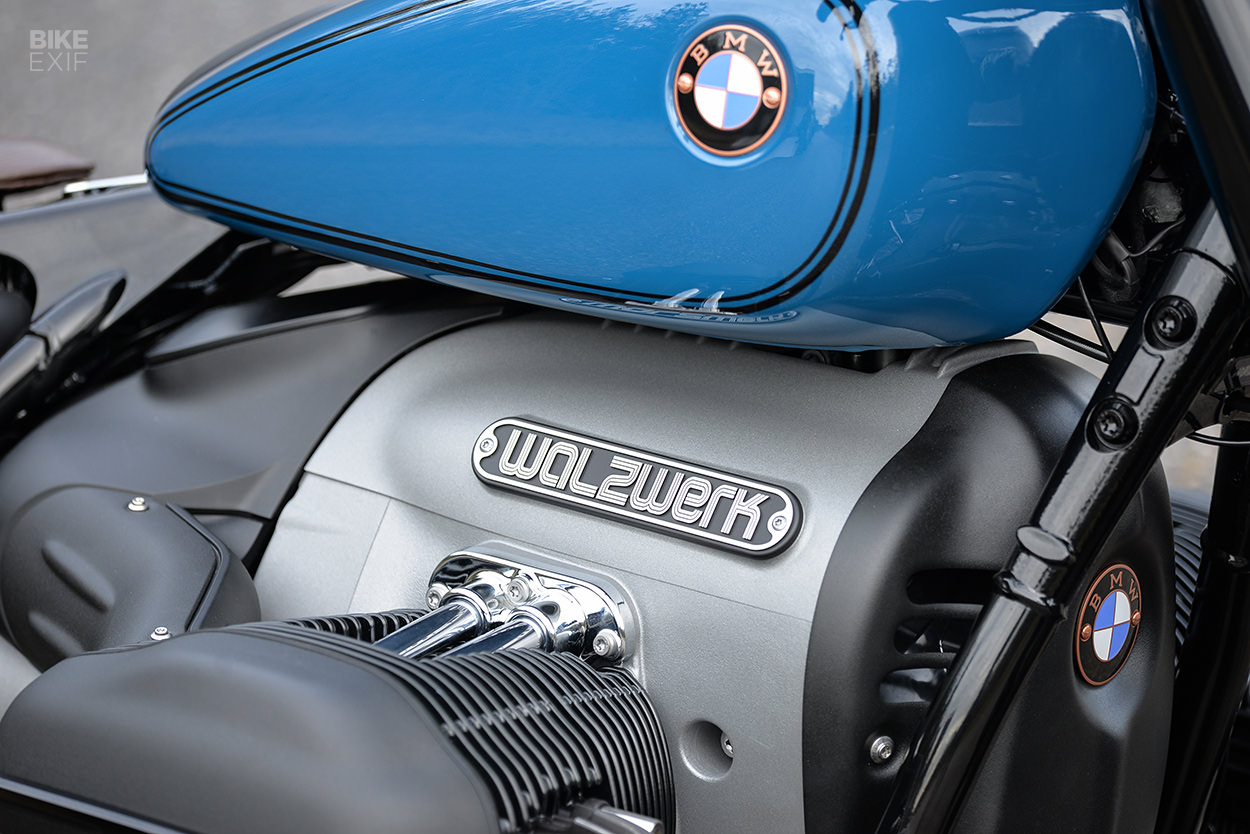 There’s nothing drastic or over the top going on here, but Marcus and his team have done well to identify the R18’s bugbears, and overcome them. If you weren’t tempted by the R18 before, would this convince you? 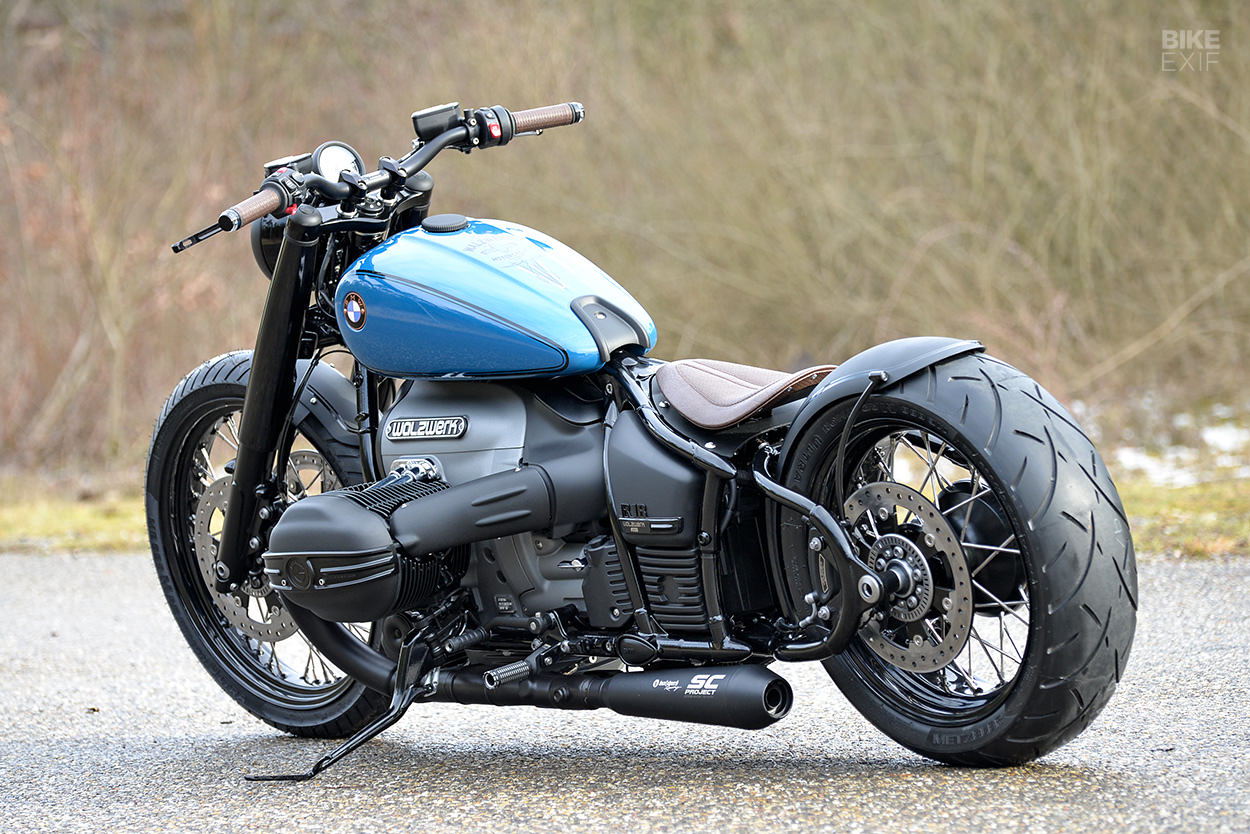