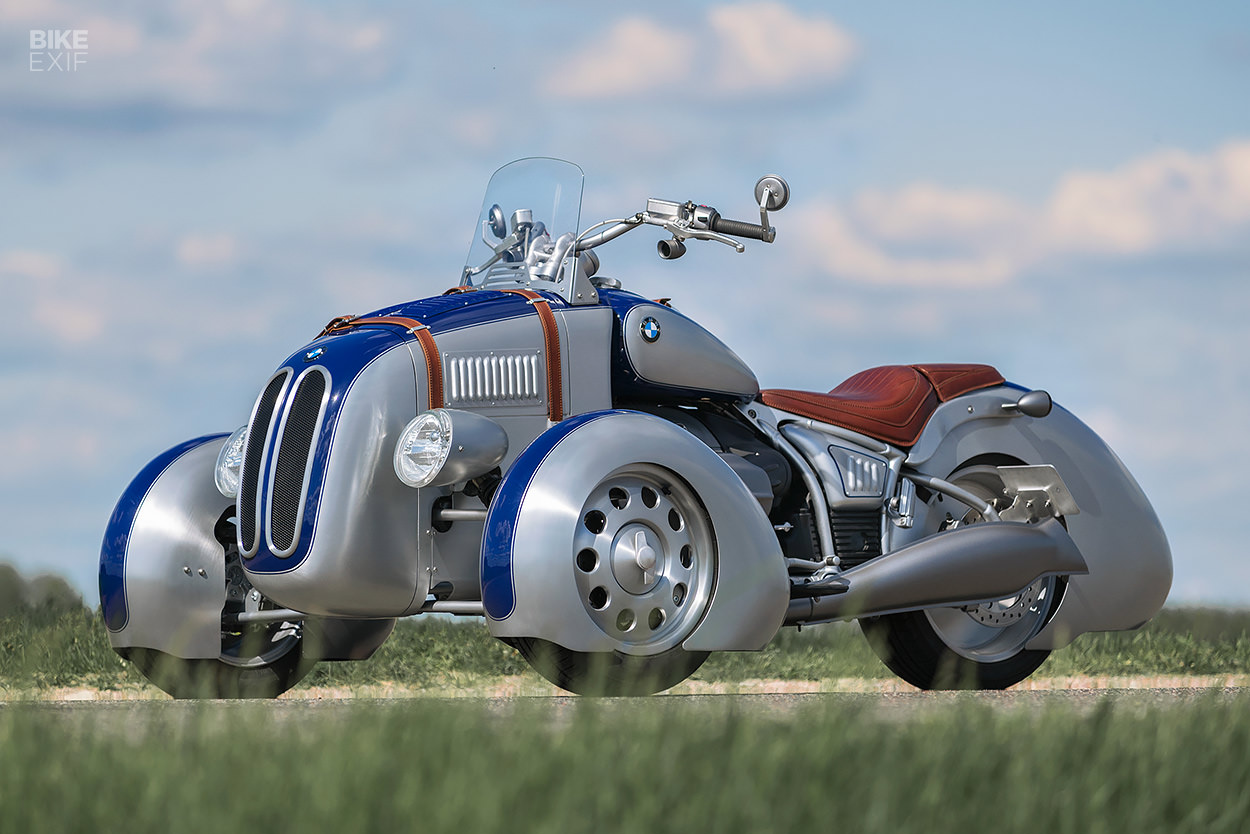 Three-wheeled motorcycles get a bad rap, but we can think of a few good uses for them. They’re especially useful for riders who love the feeling of riding a bike, but are physically unable to keep one upright. And if you must ride a trike, you might as well do it in style.

This glorious contraption was built for one such customer, with a BMW R18 as a donor. It’s the work of Yuri Shif’s award-winning ShifCustom workshop, located in Minsk. And if ever there was a style that suited the R18’s monster 1,802cc boxer motor, this is it. 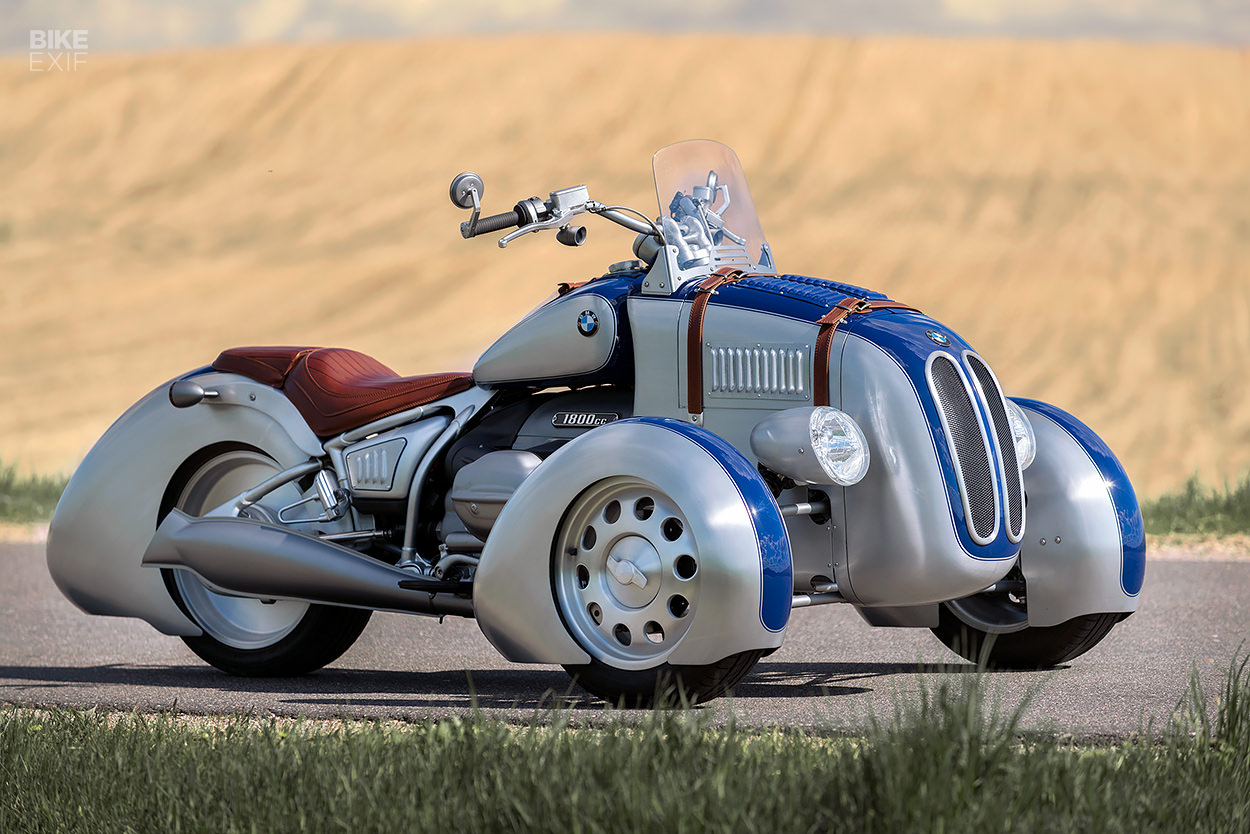 ShifCustom’s reverse trike has all the sensibilities of a Can-Am Spyder, but with a far more classic vibe. Their design riffs off the iconic BMW 328, mostly because their customer is a huge fan of the brand. But we’re picking up hints of the Morgan 3 Wheeler here too.

As you’d imagine, there’s very little here in the way of plug-and-play stuff. ShifCustom’s 15-strong team engineered the chassis and formed the bodywork in-house, relying on aftermarket suppliers for only a handful of parts, and outsourcing only the leatherwork.

Most of the engineering is tucked away under the R18’s new hood. There you’ll find a custom-made front subframe, bolted to the main frame via reinforced mounting plates, and holding a double wishbone independent suspension system. The whole setup was designed digitally before ShifCustom put welding torch to metal.

The system includes an extended steering neck, to transfer inputs from the handlebars to the wheels, and a pair of adjustable shocks. The wheels themselves are modified Audi A3 items, kitted with Nissin brakes. 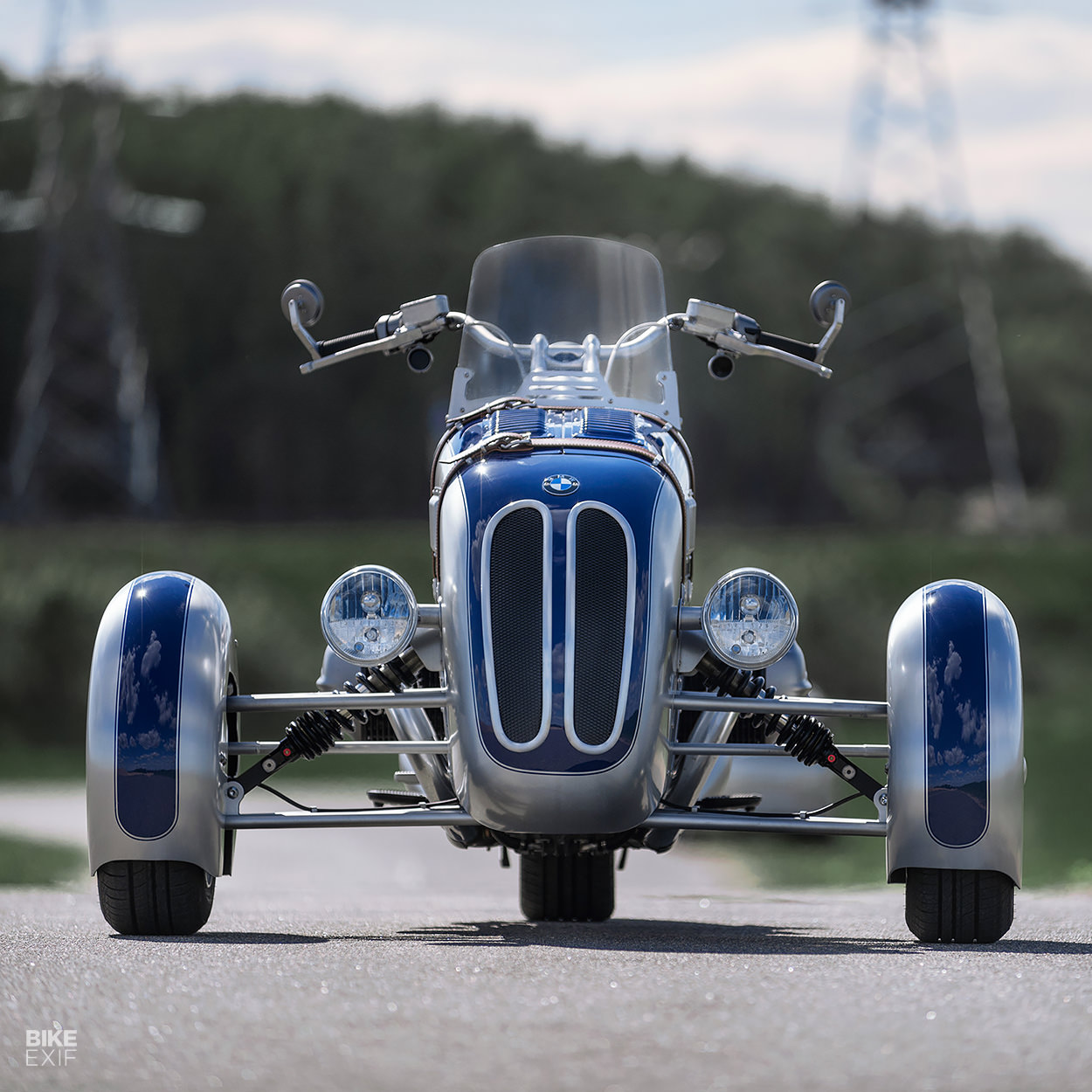 ShifCustom might have used software to design the suspension, but the bodywork was done using traditional coach building techniques. The most striking feature is the aluminum nose cone; a clear nod to the 328 with its dual kidney front grilles.

Every last detail is stunning, from the BMW roundel up front, to the louvered panels on the top and sides. Take a closer look at the wheels, and you’ll even spot the same style of Rudge Whitworth center-lock nuts as the vintage 328. 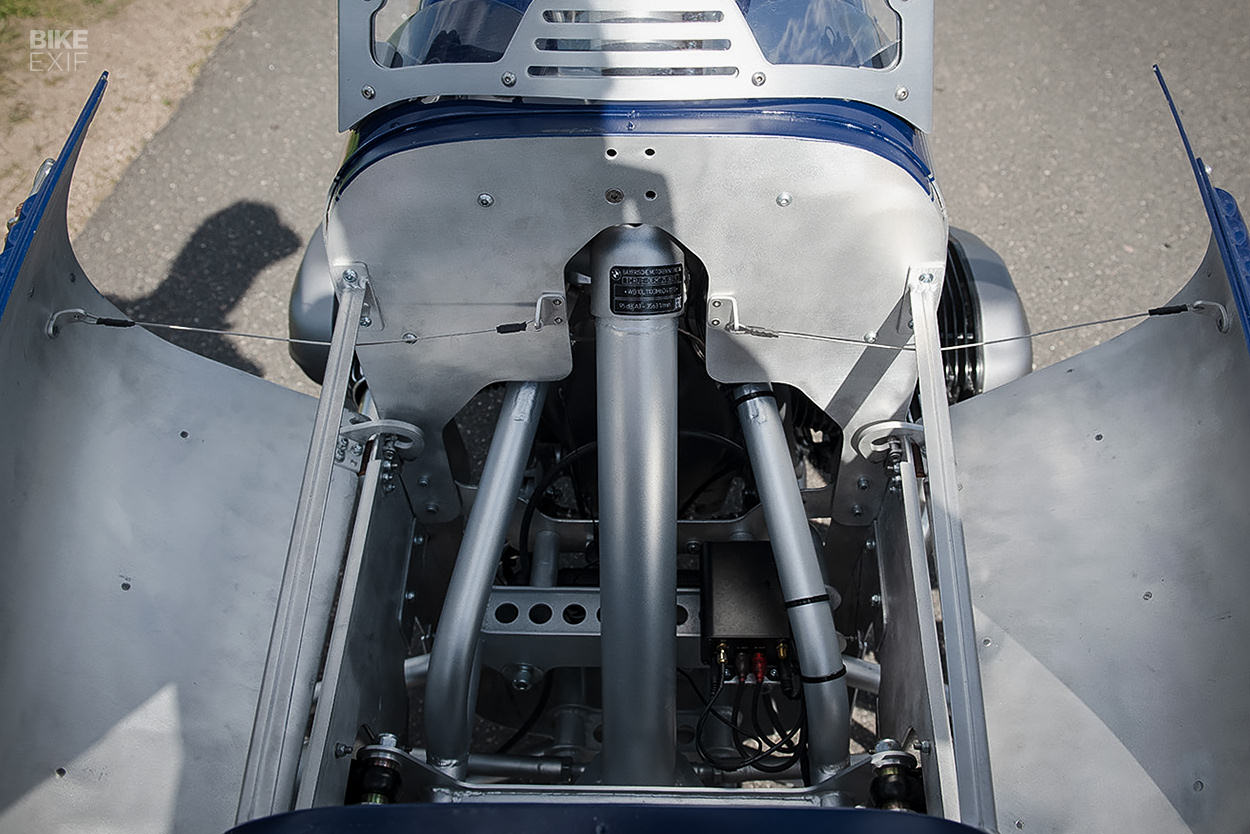 Undo the leather belts, and the hood opens in two sections, providing access to the front end and some of the electronic components. Lower down are two Harley V-Rod headlights, remounted in handmade housings. ShifCustom had to develop a plug-in module to make them work, because they wouldn’t play nice with the BMW’s electrical system at first.

Finishing off the bodywork is a set of matching enclosed fenders, hand-formed out of aluminum. The rear wheel is custom too, as are the louvered panels on the BMW’s side covers. 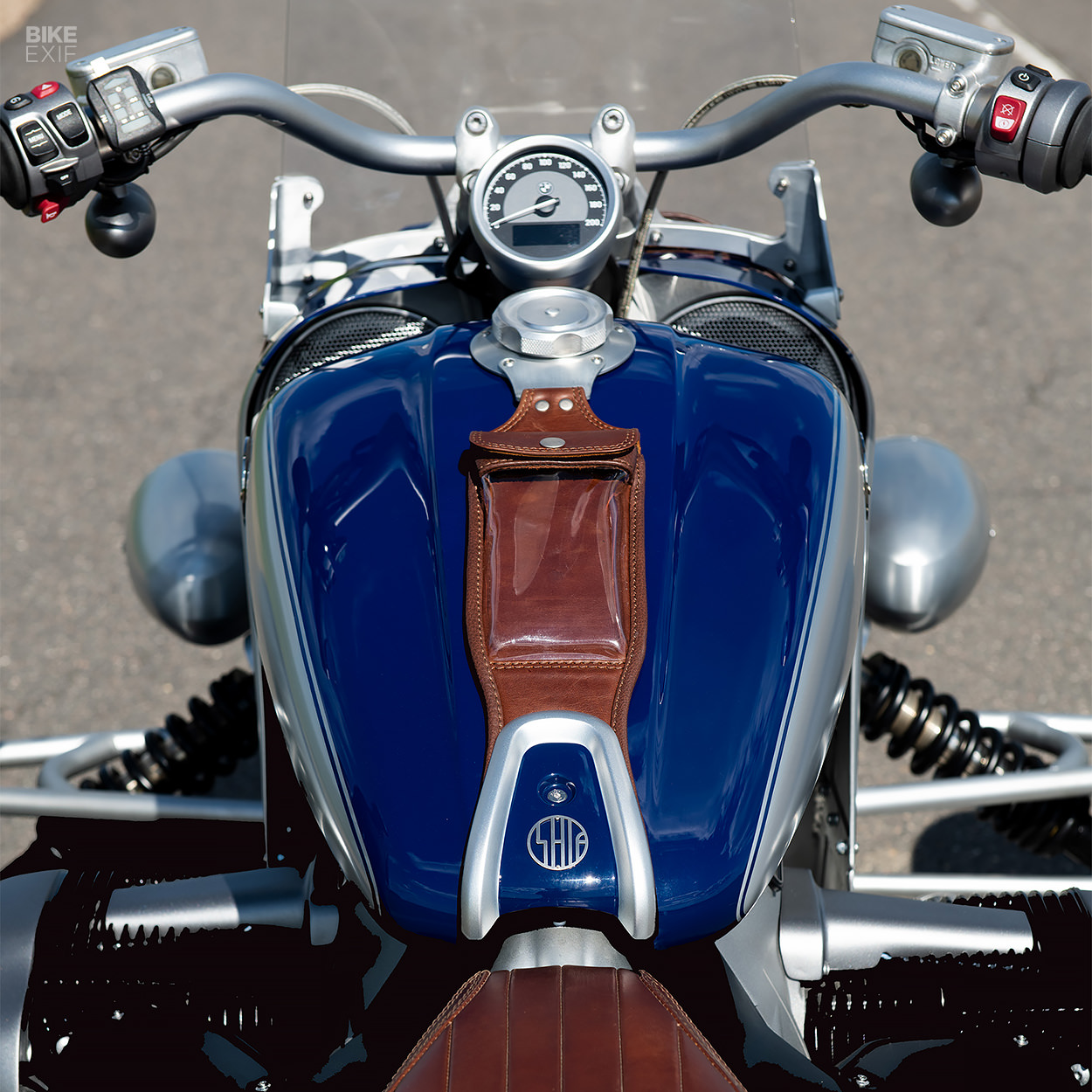 The rider’s view is also rather interesting. Installed in the back end of the nose cone is a Bluetooth-enable sound system, controlled via a remote on the handlebars. A leather pouch on top of the fuel tank offers space for a smartphone, with integrated wireless charging.

ShifCustom remounted the OEM speedo to sit aft of the bars, and swapped the fuel cap for a neat knurled aluminum part. Other add-ons include bar-end mirrors and new turn signals, with the rear units doubling up as taillights. 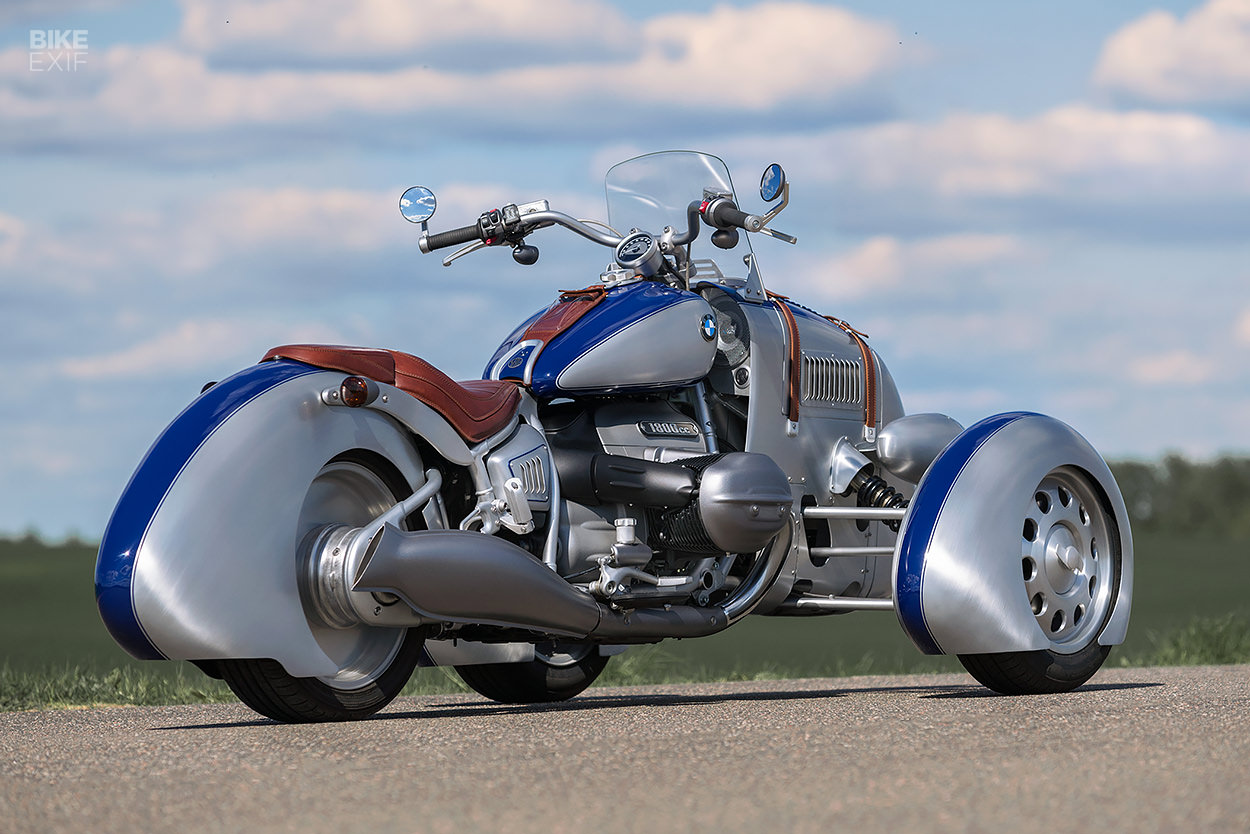 The R18’s new paint job was done in-house too, and is as striking as it is simple. The classic combination of silver and blue is hard to argue with—especially when you notice how tastefully it’s been carried through to parts like the wheels, valve covers and mufflers.

ShifCustom’s outrageous take on BMW’s boxer cruiser is sure to ruffle feathers, but we’re fans. And considering the R18’s intended audience, perhaps the Bavarian marque should be taking notes. 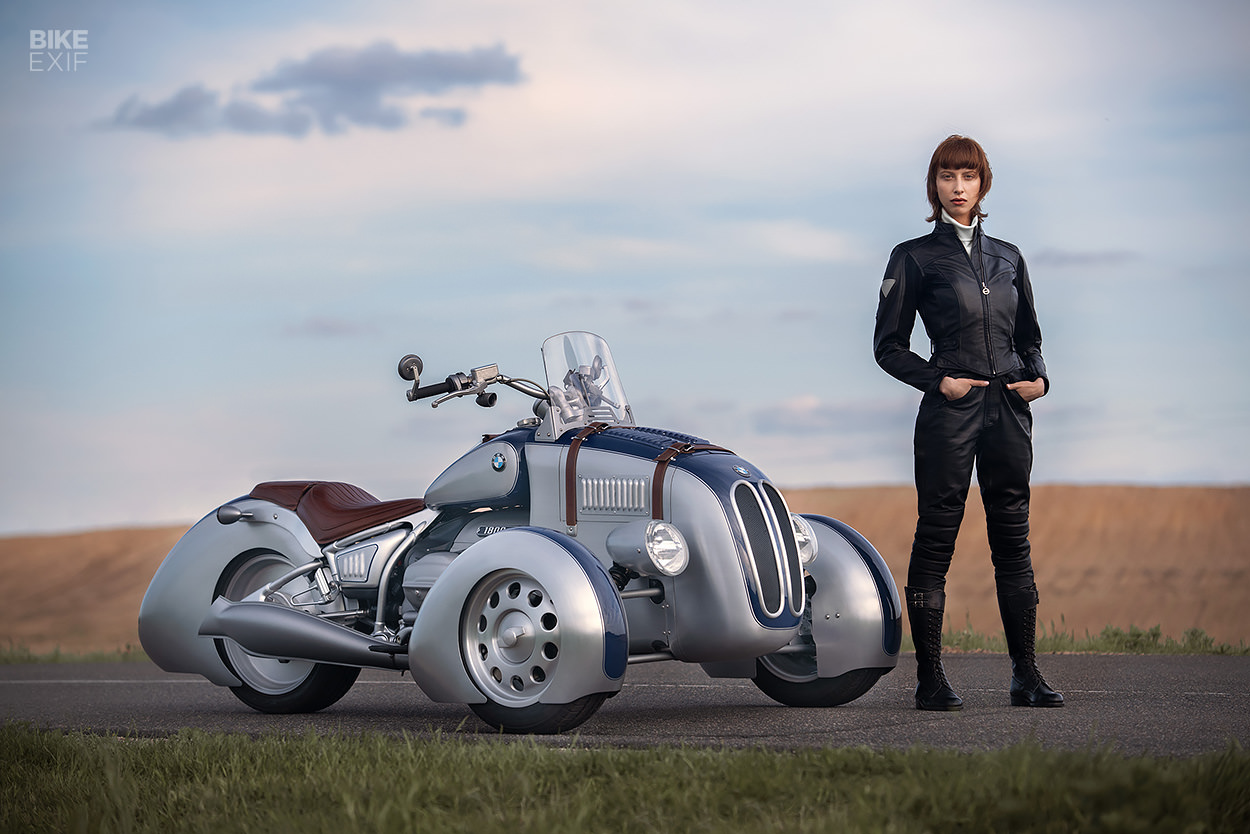