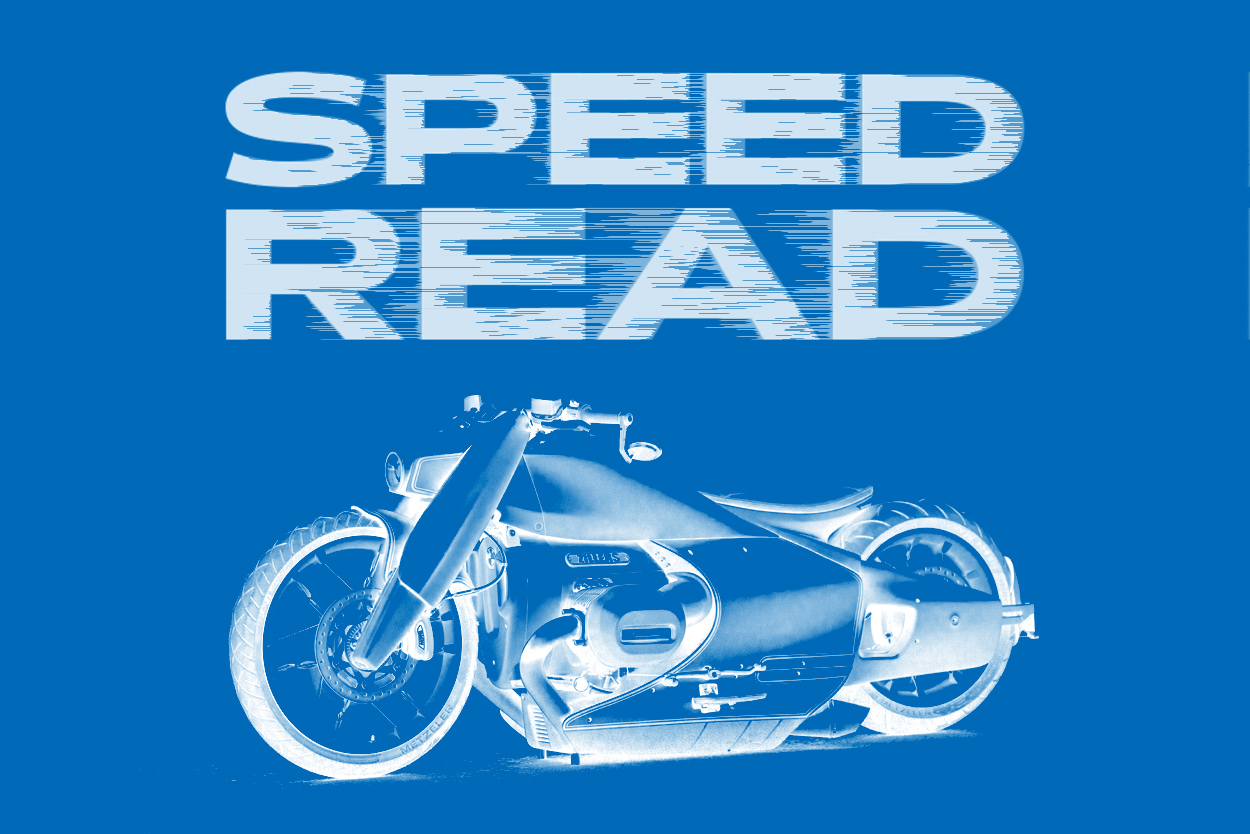 We’re pushing the extremes this week: a BMW R18 with air suspension, a land speed project powered by a radial engine, and news of Kawasaki’s all-in move to electric. But if that fare is a little too rich for you, we’ve also got a beautifully understated custom Fazer 600. 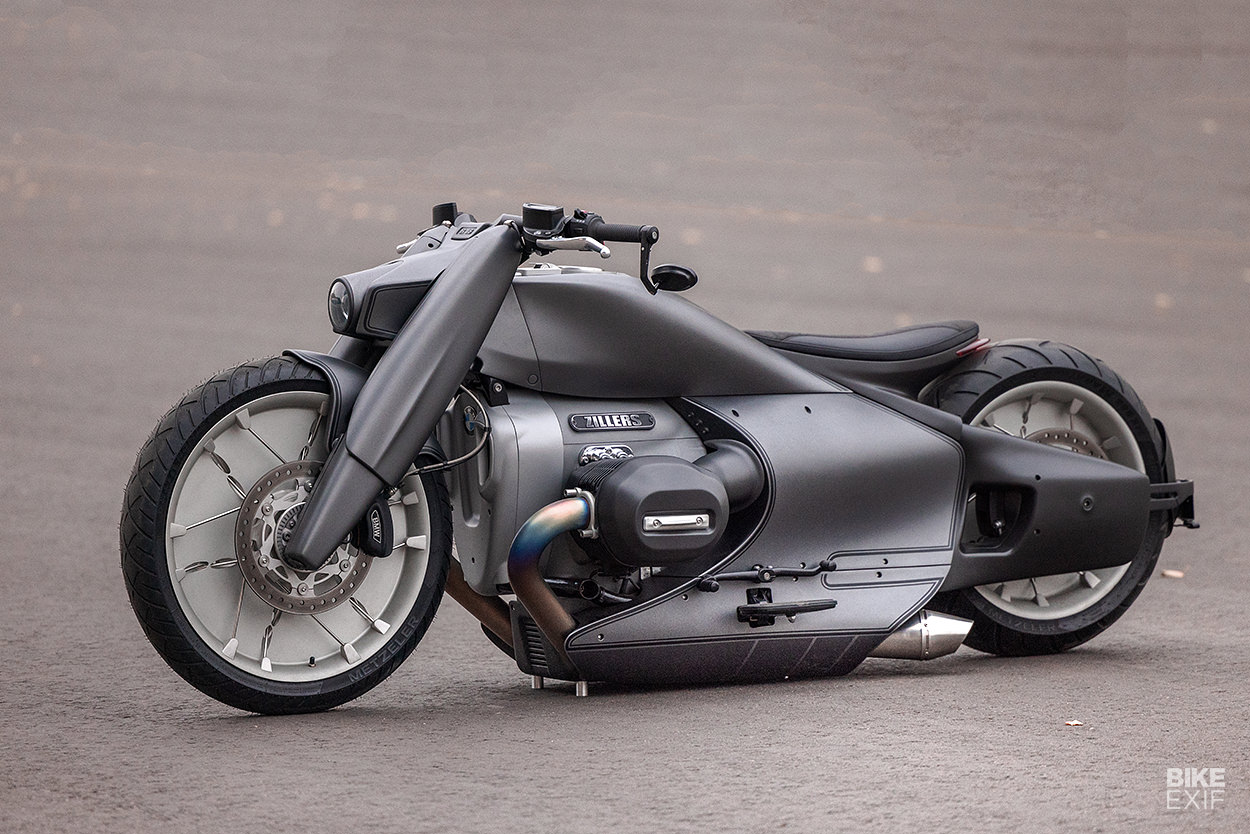 Zillers BMW R18 kit If this wild machine looks slightly familiar to you, well spotted. It’s related to the slammed R nineT that’s on the cover of the 2021 Bike EXIF calendar, and was built by the same Russian workshop. That bike obviously got the attention of BMW, because it commissioned Zillers Garage to create a similar machine as part of its global R18 customization program. 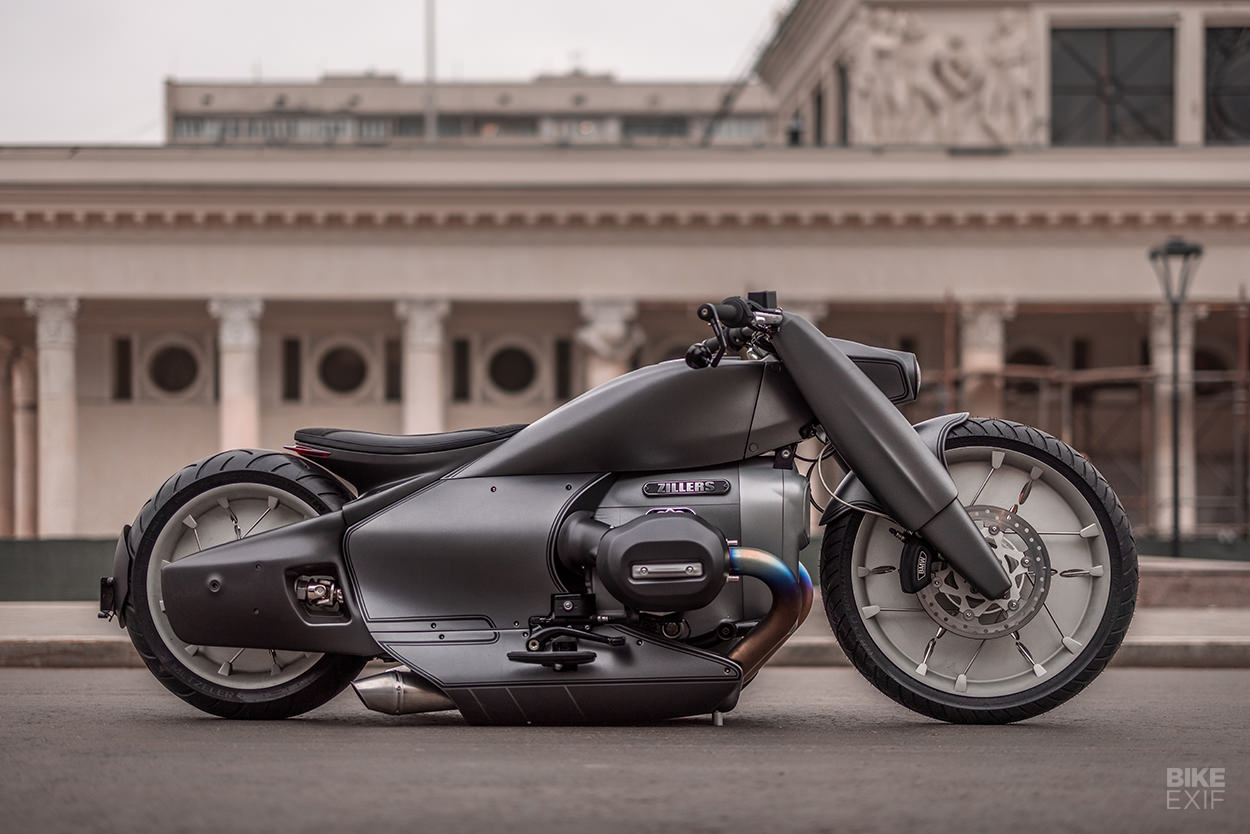 Shop boss Dmitry Golubchikov is an AMD Championship winner, and given the level of skill involved here, that’s not surprising. The bike is distributed via NMoto, limited to 13 units worldwide; two have already been built for customers, and another six have been ordered.

“The bike is available both as a complete turnkey or as a kit,” says Nmoto’s Vlad Klepach. “The client can just take their R18 and the kit to a local workshop, and they’ll take care of it. We provide assistance if needed, but there’s no rocket science here—the assembly is not too difficult.” 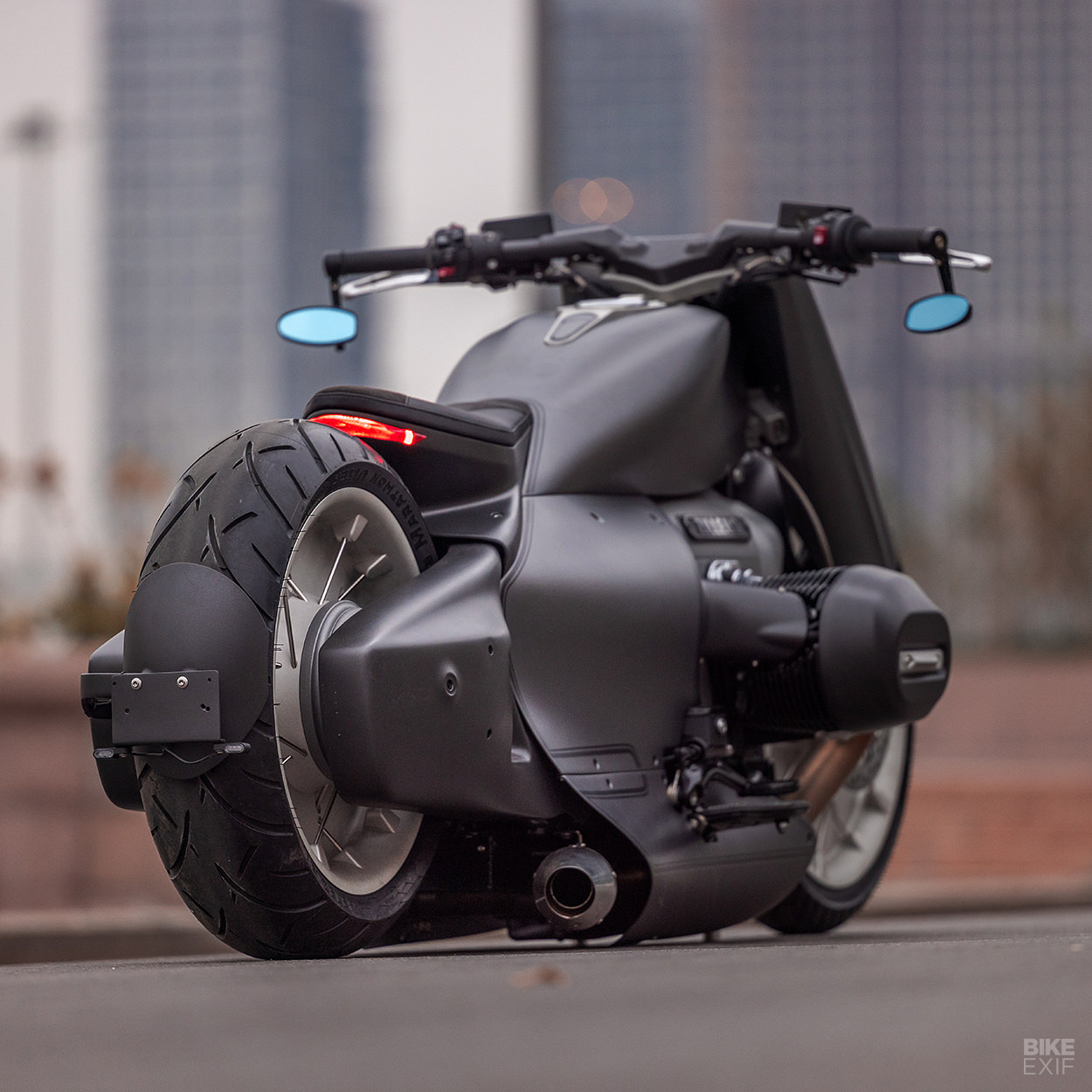 A certain degree of mechanical ability is undoubtedly required though, because this R18 includes Zillers’ signature air suspension setup. Once that’s out of the way, you’ll need to fit a full complement of carbon fiber bodywork, a new seat, CNC-machined engine covers and forged wheels, a titanium exhaust system, and a custom LED headlight and tail light.

New bars and clamps keep the front end clean, with a speedometer now embedded in the cap of the custom gas tank. You’ll also need to install new brake rotors and lines, and obviously get everything painted or refinished. 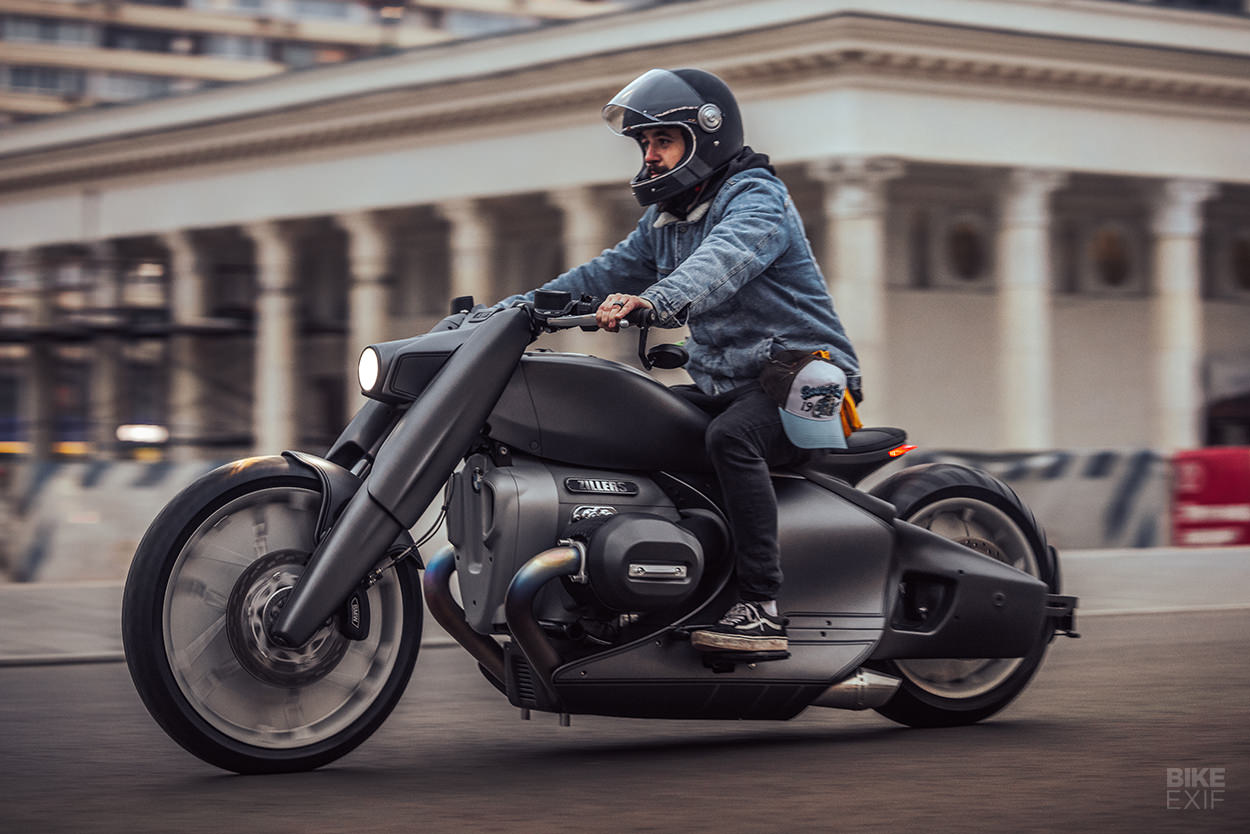 It’s a ton of work but the effect is amazing—there is literally nothing else out there like this. If you’re tempted, the time needed for production is around four months and the price for the kit is $44,900. Yes, that’s a lot of money, but it’s also about the same cost as a new Harley-Davidson CVO Limited. [Nmoto] 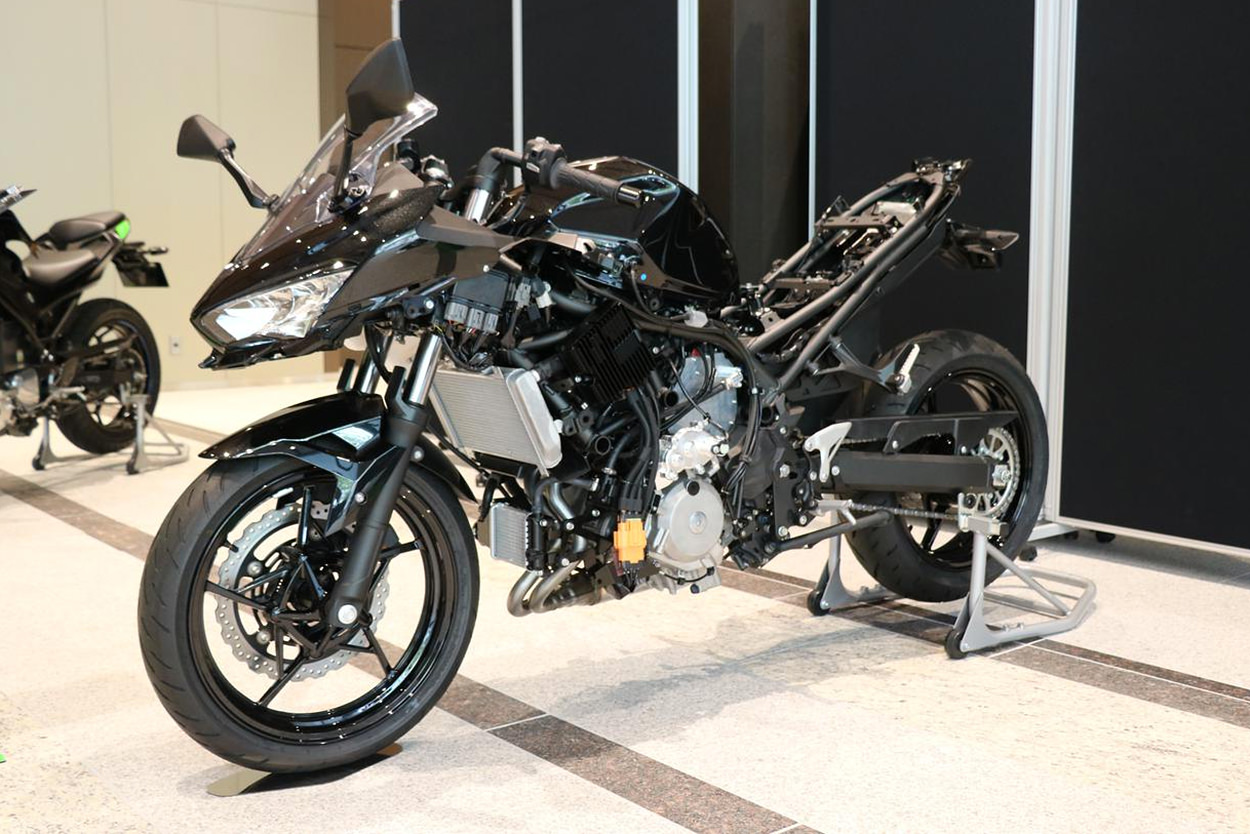 Kawasaki goes electric The writing has been on the proverbial wall for a long time, but we finally have a major OEM admitting it. Kawasaki has revealed that its entire motorcycle range will be electric or hybrid by 2035, which is only 14 years away.

Nearly all car makers are a long way down this path, and resigned to the imminent demise of petrol and diesel engines. But despite tightening emissions standards applying equally to motorcycles, most two-wheeled brands have been curiously quiet on the matter. 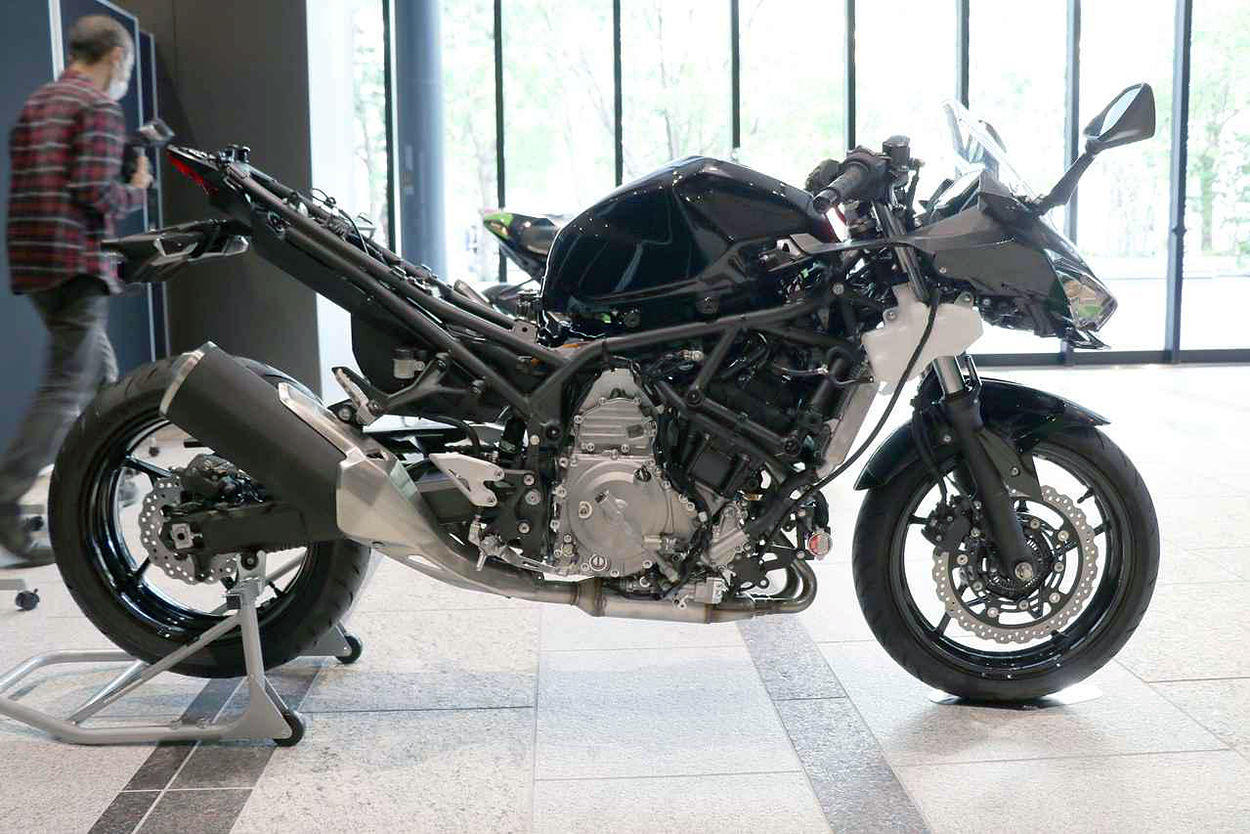 Harley has the LiveWire and BMW has made a big play of electric power lately, but neither have yet committed to converting their mainstream bikes. (Which is probably not surprising, since the enormous V-twins and GS models will not respond well to shock treatment.)

According to a report on the Japanese website Autoby, picked up by Visordown, Kawasaki will have at least ten EV bikes on sale by 2025 and also revealed the work in progress shown here: a hybrid prototype that appears to have a battery system alongside a Ninja-derived 250cc DOHC twin. 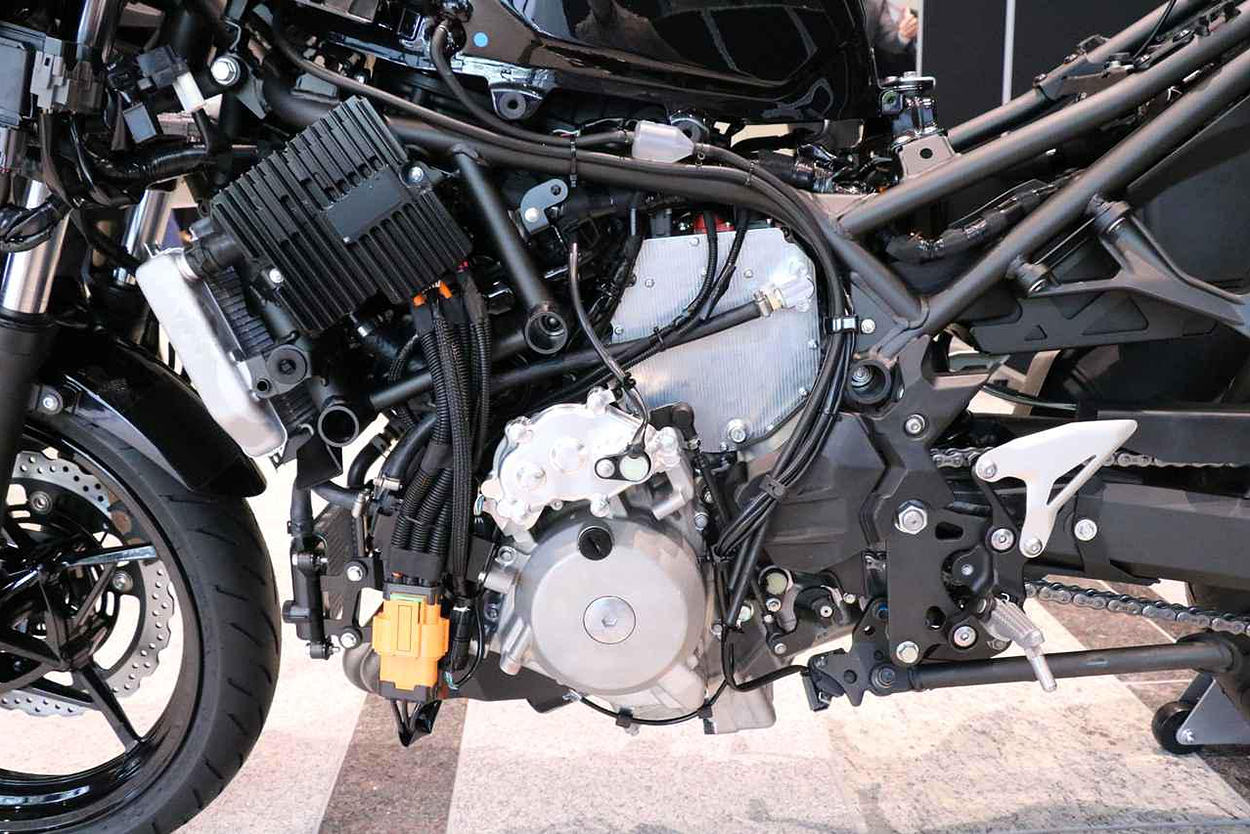 Kawasaki is not putting all its eggs into the electric basket though, telling local journalists that it’s also investigating hydrogen power. It has already developed a prototype engine using a high-pressure direct injection system that could later be converted from petrol to hydrogen. Interesting times, indeed. [Autoby] 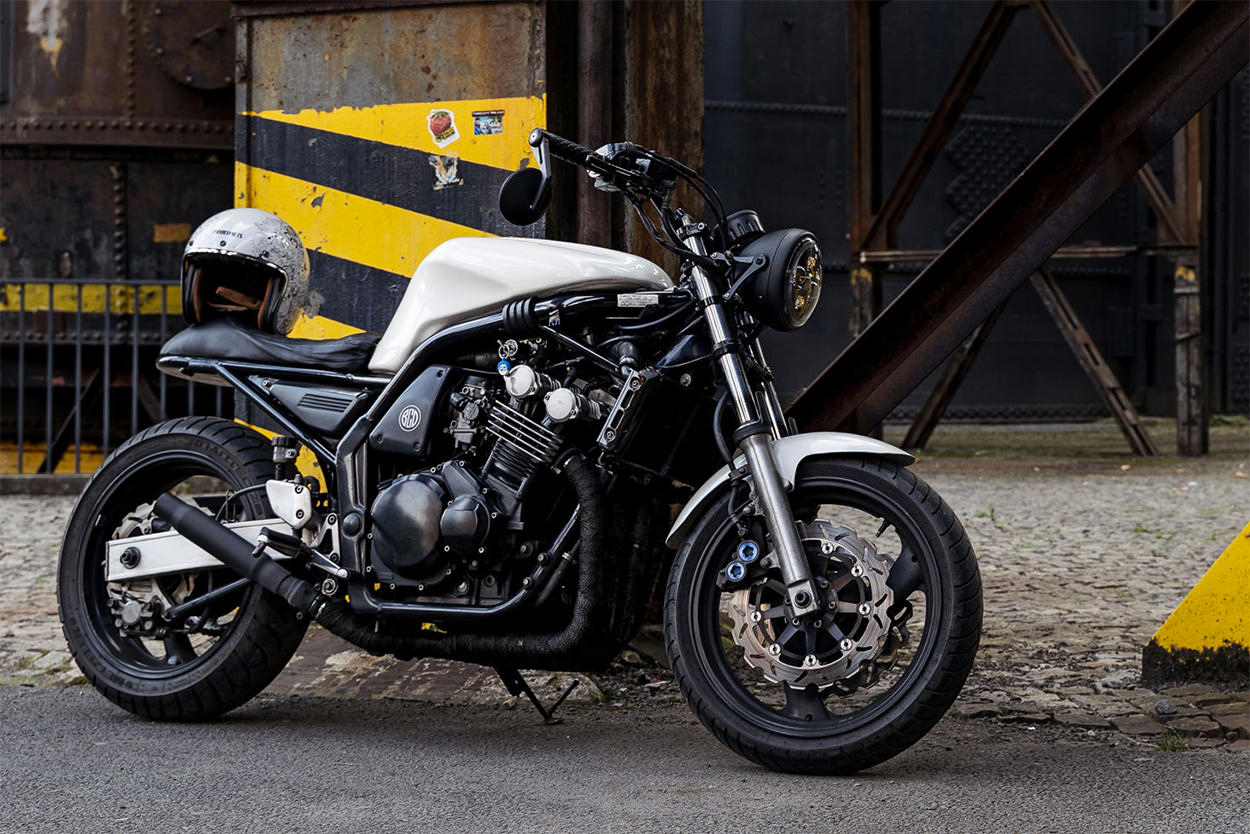 Yamaha Fazer 600 by Blackout Custom Design Nostalgia is a powerful emotion. And sometimes it’s more than just a yearning for a ‘modern classic’ bike, or a taste for pipewrap and Firestones.

Marcel Galuszka of Blackout Custom Design in the Czech Republic built this Yamaha for a friend, who owned a Fazer 600 about 20 years ago. “Within a few days we found, bought and delivered a 2000 Yamaha Fazer to the workshop,” he says. 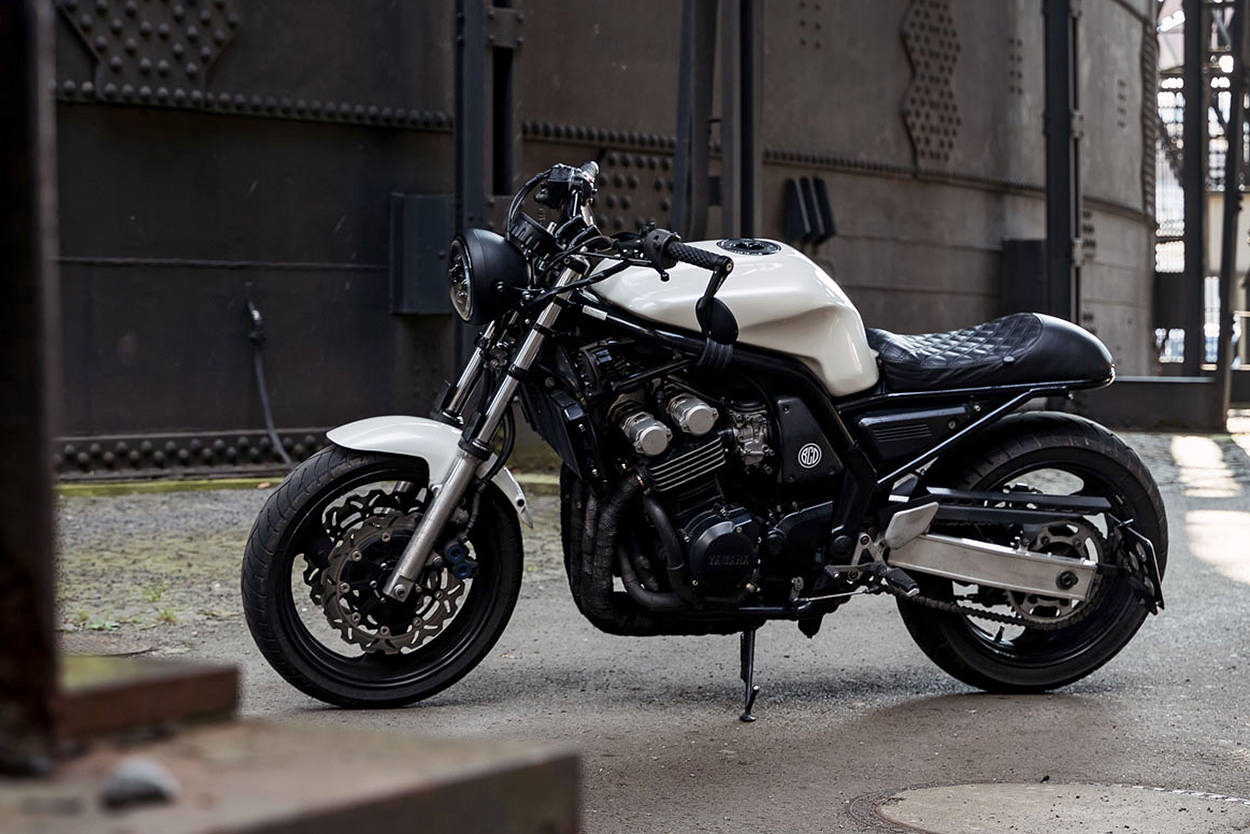 After fixing up two decades of wear and tear—and neglect—Marcel transformed the Fazer into a clean, stripped-back roadster.

The original fairing is gone, and wide tracker-style bars provide a comfortable riding position. The appearance is easier on the eye too, with a slimline rear end and seat unit, and a simple frame loop with built-in LED lighting. 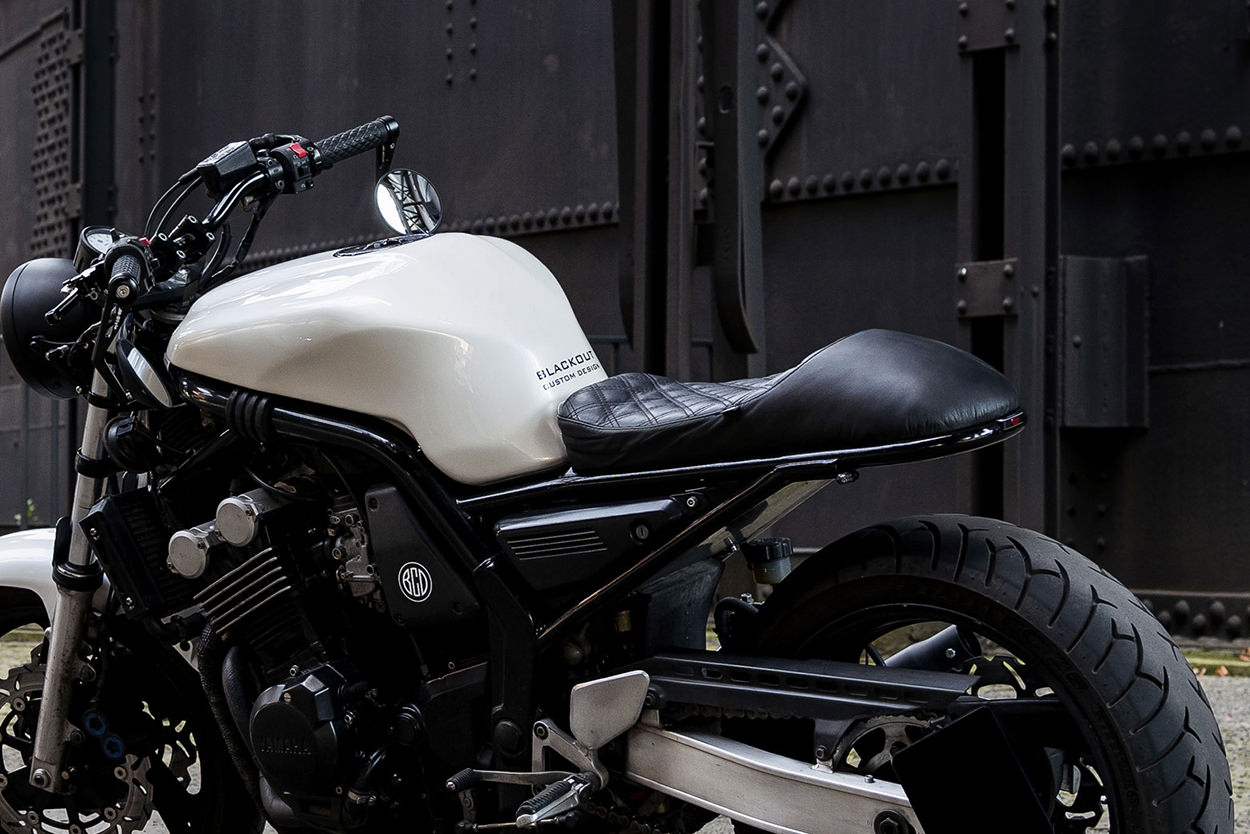 The engine was refreshed, the brake system was overhauled and fitted with new discs, and the cooling system was rebuilt too. Anything that was worn or cracked was replaced or carefully repaired.

After stripping down and rebuilding the forks, Marcel relocated the ignition system, installed an Acewell tacho, and replaced the tired exhaust muffler. The paint is now a pearlescent white, providing a stark contrast to the black refinishing elsewhere. 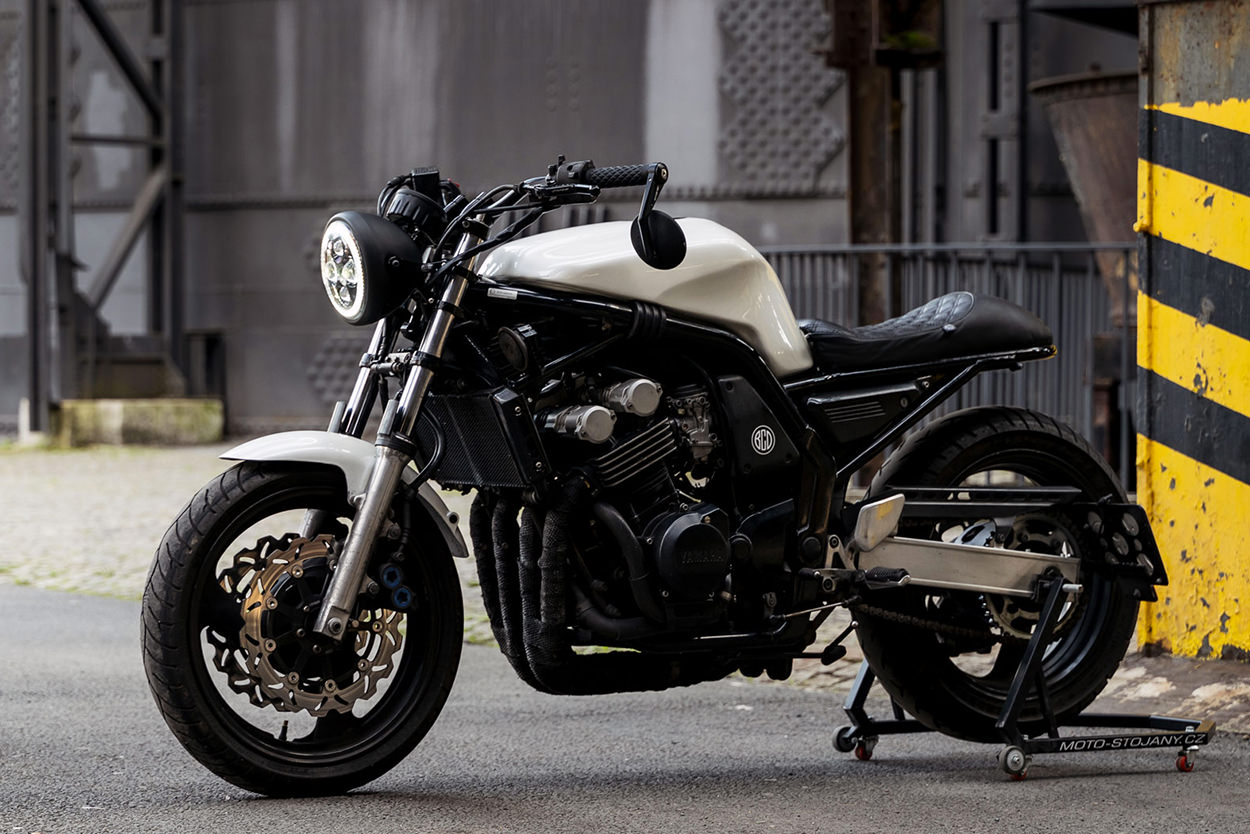 The original Fazer wasn’t a bad looking bike, especially for its time, but this one now has the looks to match its abilities. With a bulletproof engine and just under 100 hp on tap, the Yamaha has always been one of those ‘well sorted’ machines that owners love to hang onto—and we suspect this one will be plying the mountain roads of Moravia for a long time to come. [Via | Blackout Custom Design] 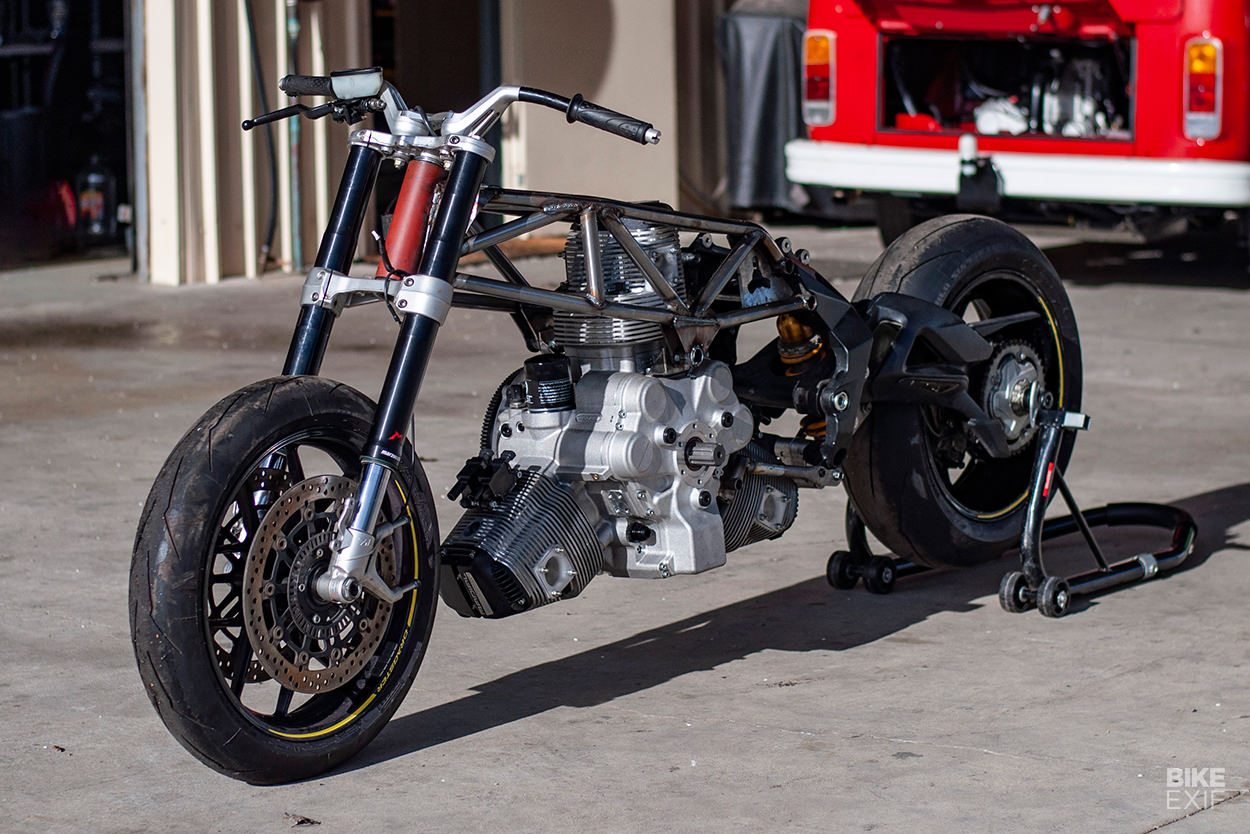 Low Flying Object: Radial Motion’s land speed bike Next March, a small group of enthusiasts will attempt to set a new land speed record on Lake Gairdner in South Australia, using the world’s fastest radial-engined motorcycle. It’s a collaboration between three companies from down under: the workshops Sheppard Motorcycles and Kennedy Motorcycles, and engine developer Radial Motion. The plan is to exceed 200mph (320kmh) on the dry lakebed. 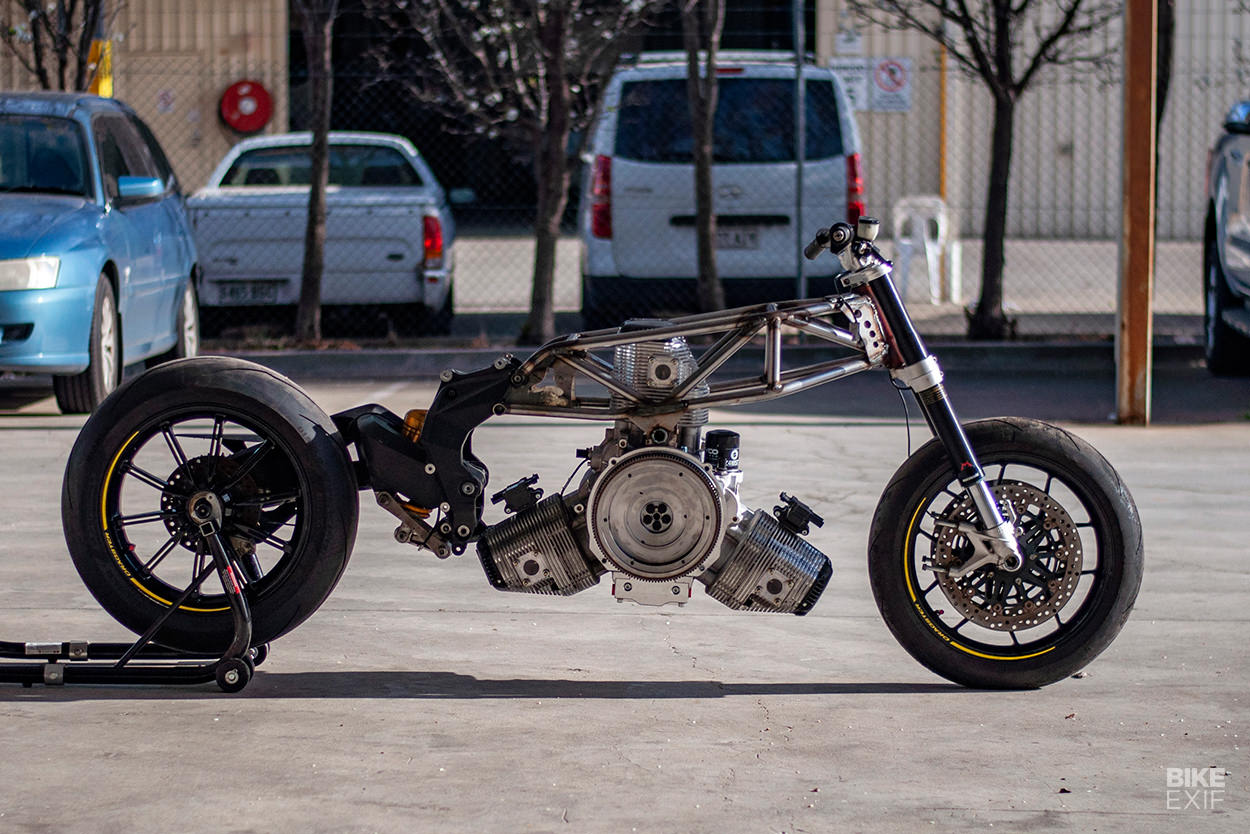 Radial Motion has been developing a compact engine for aviation use over the past three years. It’s inspired by the aircraft engines of the 1930s, with a 120° three-cylinder layout. The engine used for this project will have a capacity of 2100cc, and has already been used in an Outlaw Porsche 356, a VW Beetle and a VW van.

We don’t normally feature unfinished projects, but this one is too good to ignore. The motorcycle will be a full custom build with a bespoke twin spar chromoly tube frame, and an aluminum single-sided swingarm.

Other confirmed parts on the spec sheet include Marzocchi USD forks, race-spec brakes from Brembo, and a close-ratio 6-speed transmission like that of a road race bike.

Monocoque bodywork will allow quick and easy access to all electrical and mechanical components, and create as little turbulence as possible. A streamlined fairing will cover the front and part of the side of the bike for maximum aerodynamic efficiency. 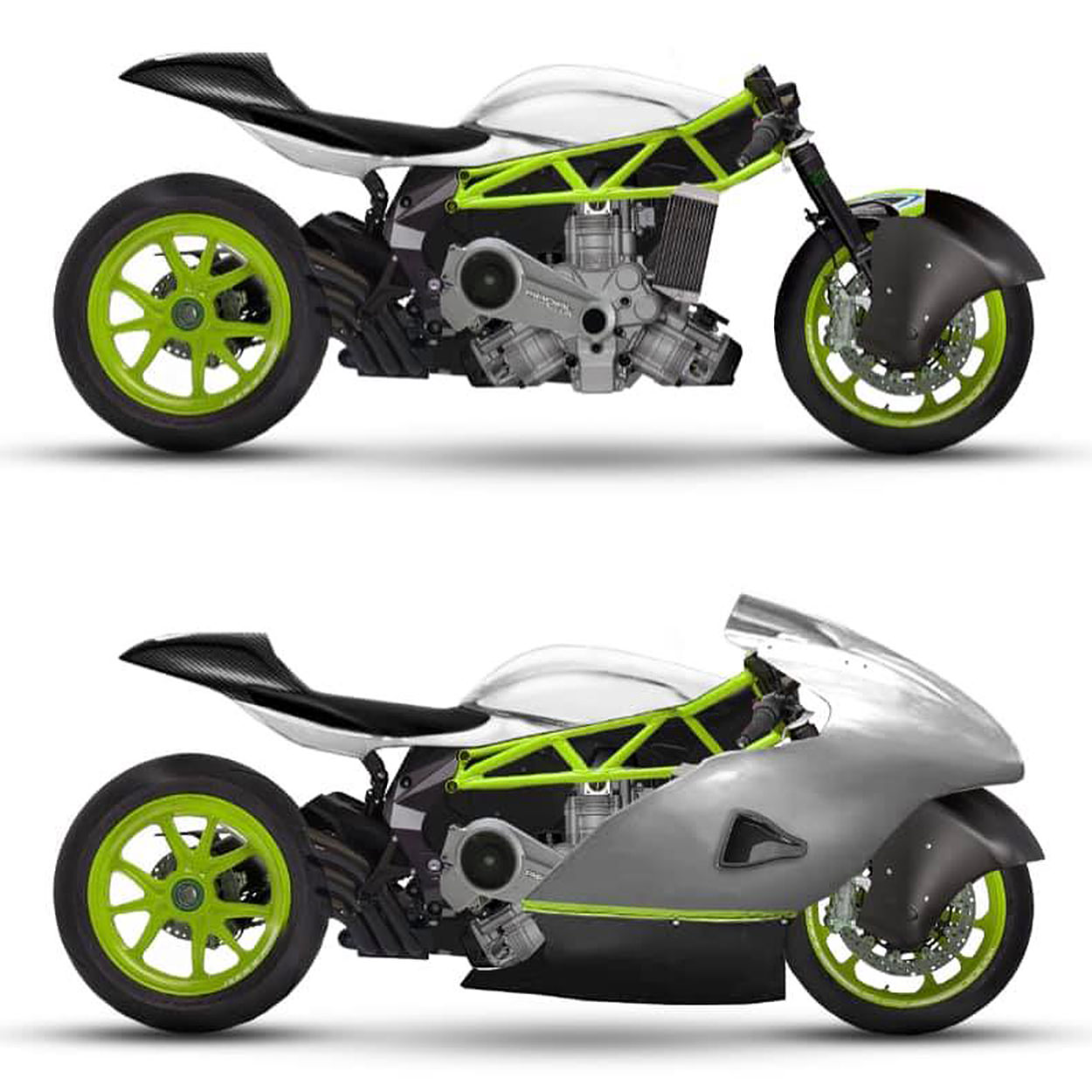 “I wanted to do something more interesting than the standard ‘service and repair’ work that’s the bread and butter of most bike shops,” says Matt Sheppard. “I share a workshop with Kennedy Motorcycles; their director Mat learnt his trade as a fitter machinist while serving in the Australian defence force. We both build custom motorcycles, predominantly road-going specials based on American, European and Japanese machinery.”

With an engine capacity of 2100cc, the land speed bike will fit into engine class 3000, which allows for engines up to three liters. The designation will be ‘3000 APS G,’ with the G denoting that the team uses gasoline or standard pump fuel, as opposed to an alcohol-based fuel. 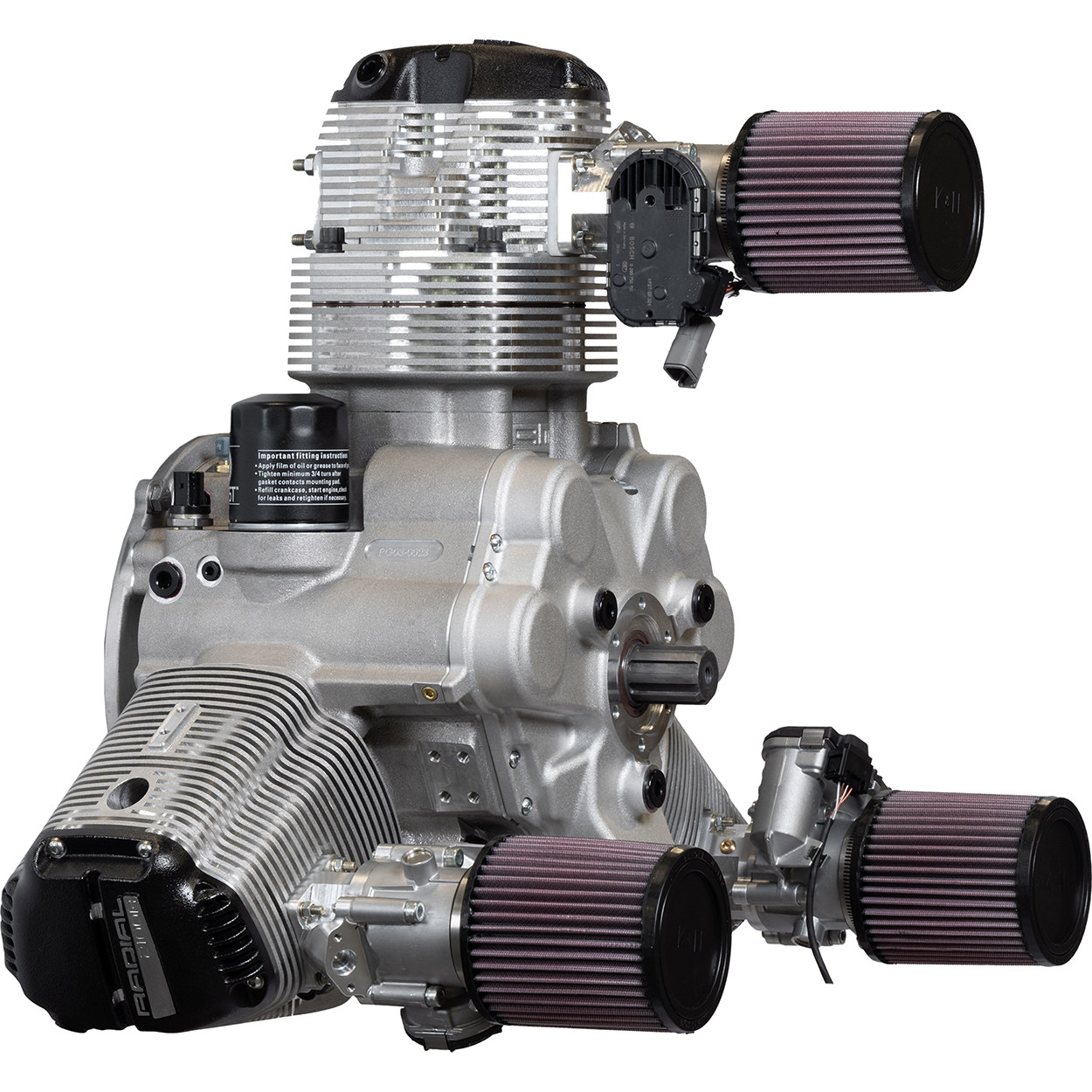 The current class record for Australia is 132.37 mph and the current world record is 208 mph. Both are within reach, we are told, and even better, a road-legal version of the motorcycle is also being planned…