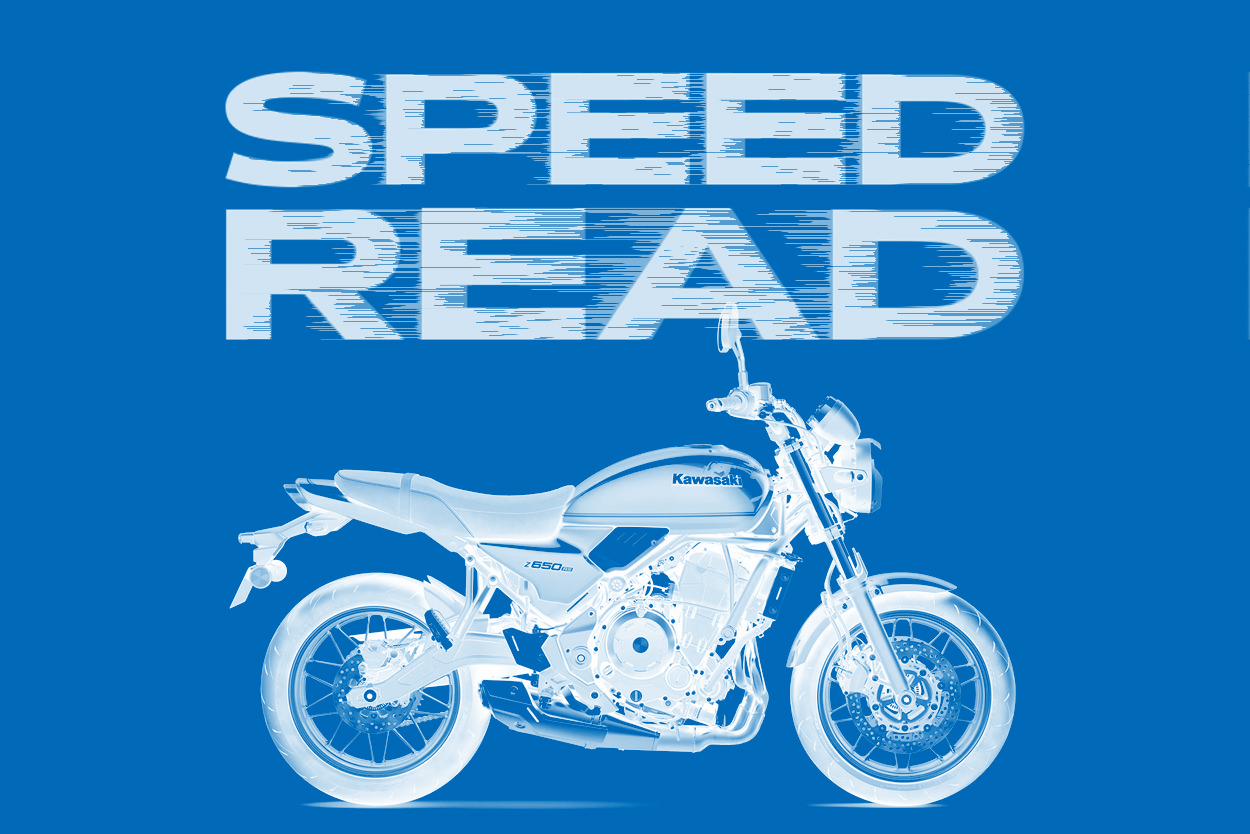 This week, Kawasaki revealed its rather attractive new middleweight, the Z650RS. We also take a look at a sleek XT500-inspired enduro from Poland and a Tinker Hatfield custom collaboration, and pay our respects to the late Bobby Haas—the patron saint of the custom scene. 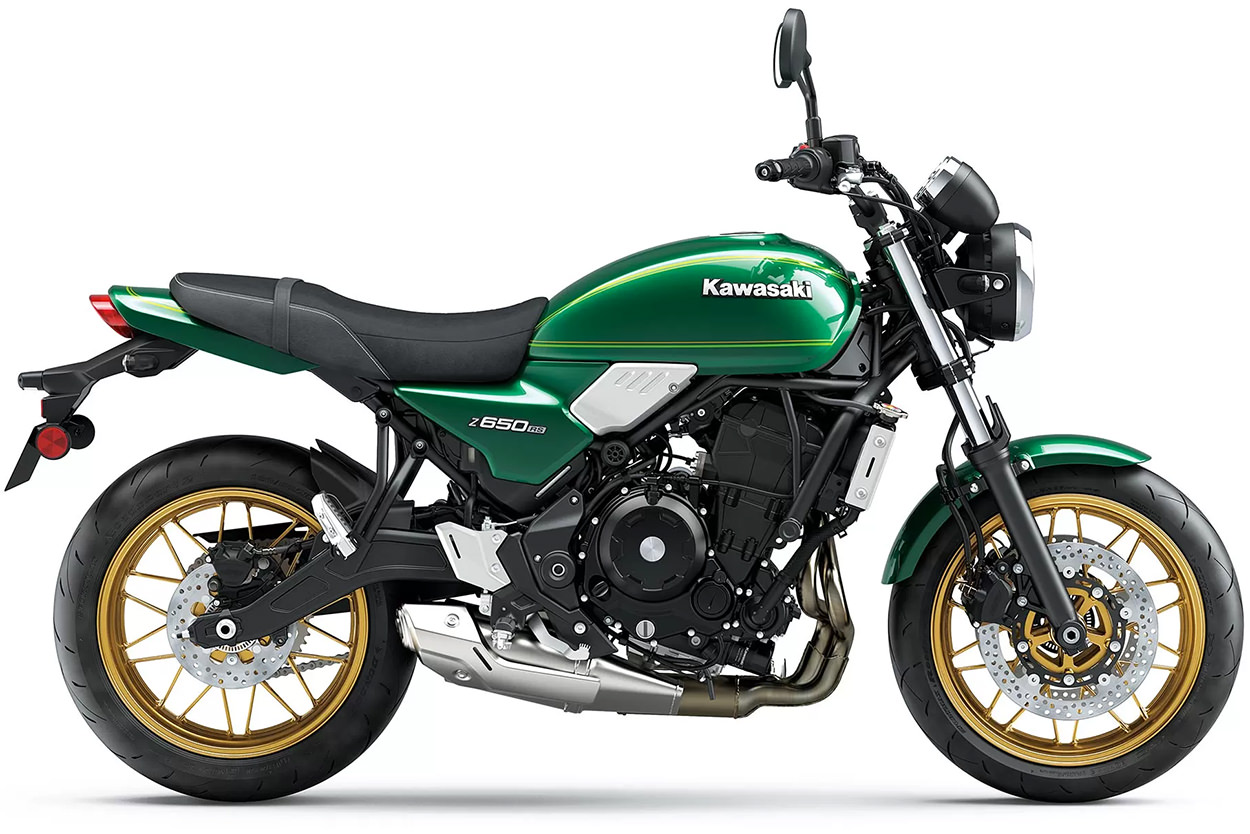 Kawasaki’s New Z650RS There’s a lot to like about the Kawasaki Z900RS, notably its retro styling, good handling and performance, and Japanese build quality. But it’s also a pretty big bike that weighs 214 kg (472 pounds) and pumps out 111 hp.

Less experienced riders who love the old school looks but would prefer to stay out of trouble now have another option from Team Green: the new Z650RS. It’s a real looker too—especially if you specify the Candy Emerald Green paint that comes with gold wheels. 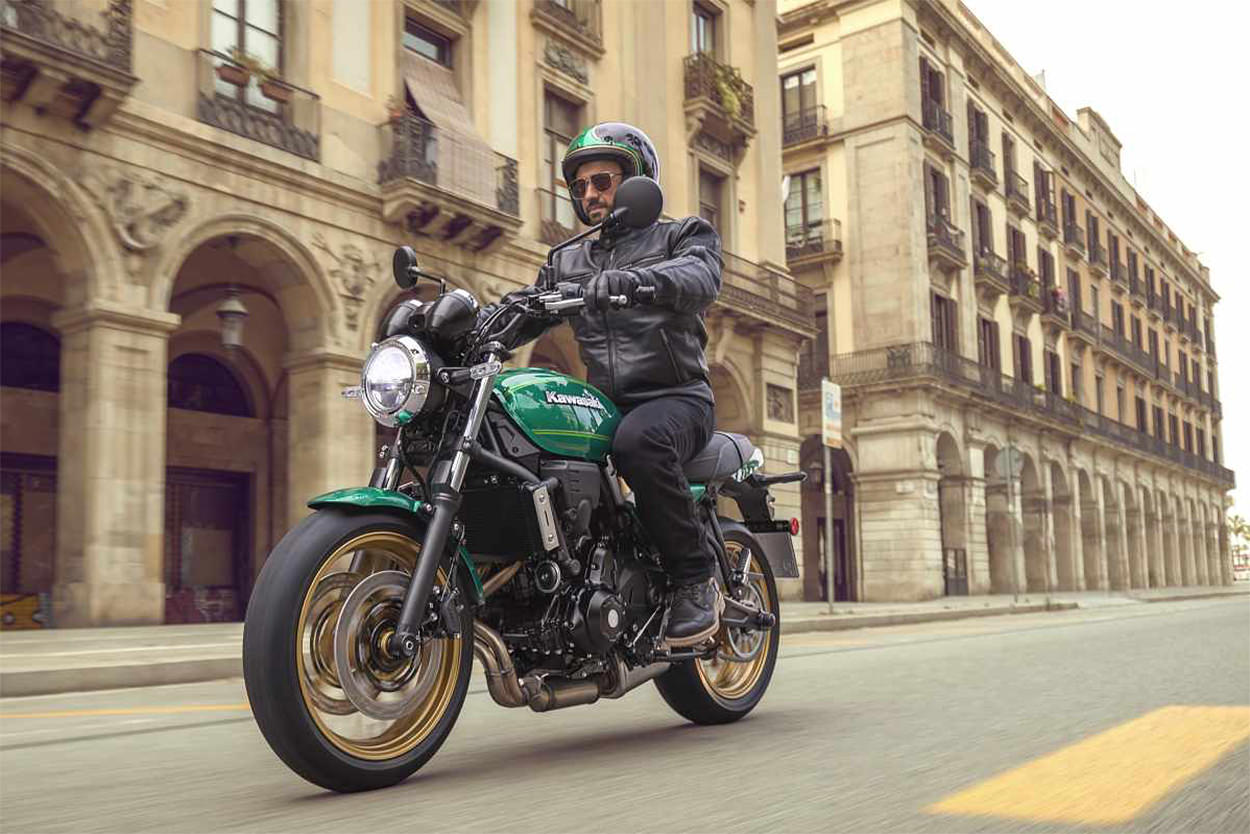 Under the new skin it’s essentially the Z650 apart from the rear subframe. The parallel twin engine apparently has the same 67 hp output (and exhaust system), but is reportedly tuned more for low- and mid-range oomph. Weight is the same too, at a friendly 187 kg (412 pounds). 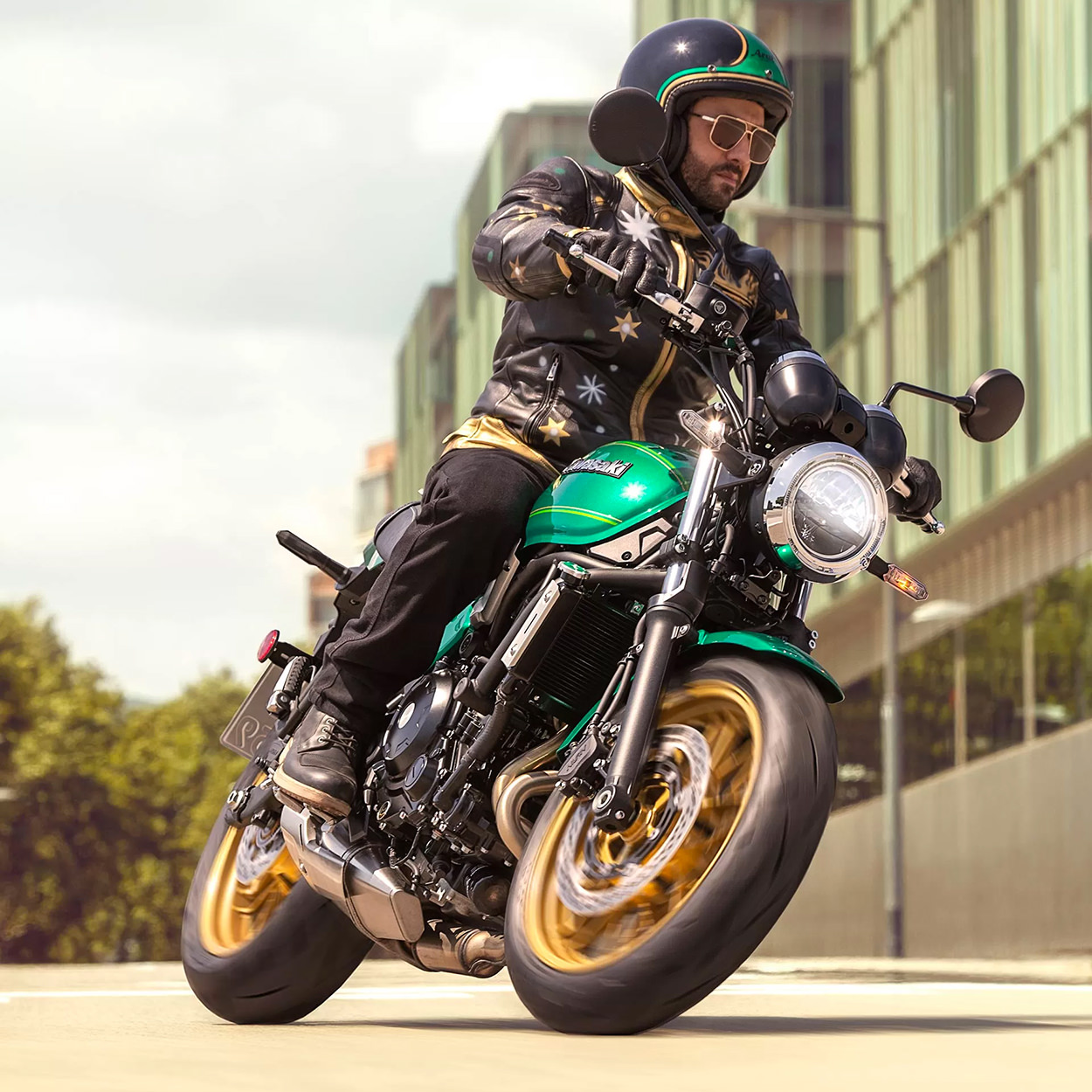 Kawasaki has not yet confirmed US availability, but it’s likely to be announced soon. We expect pricing will follow the European precedent, which makes the RS slightly more expensive than the regular Z650. At a little over $8,000, this should sell well. [Kawasaki Europe] 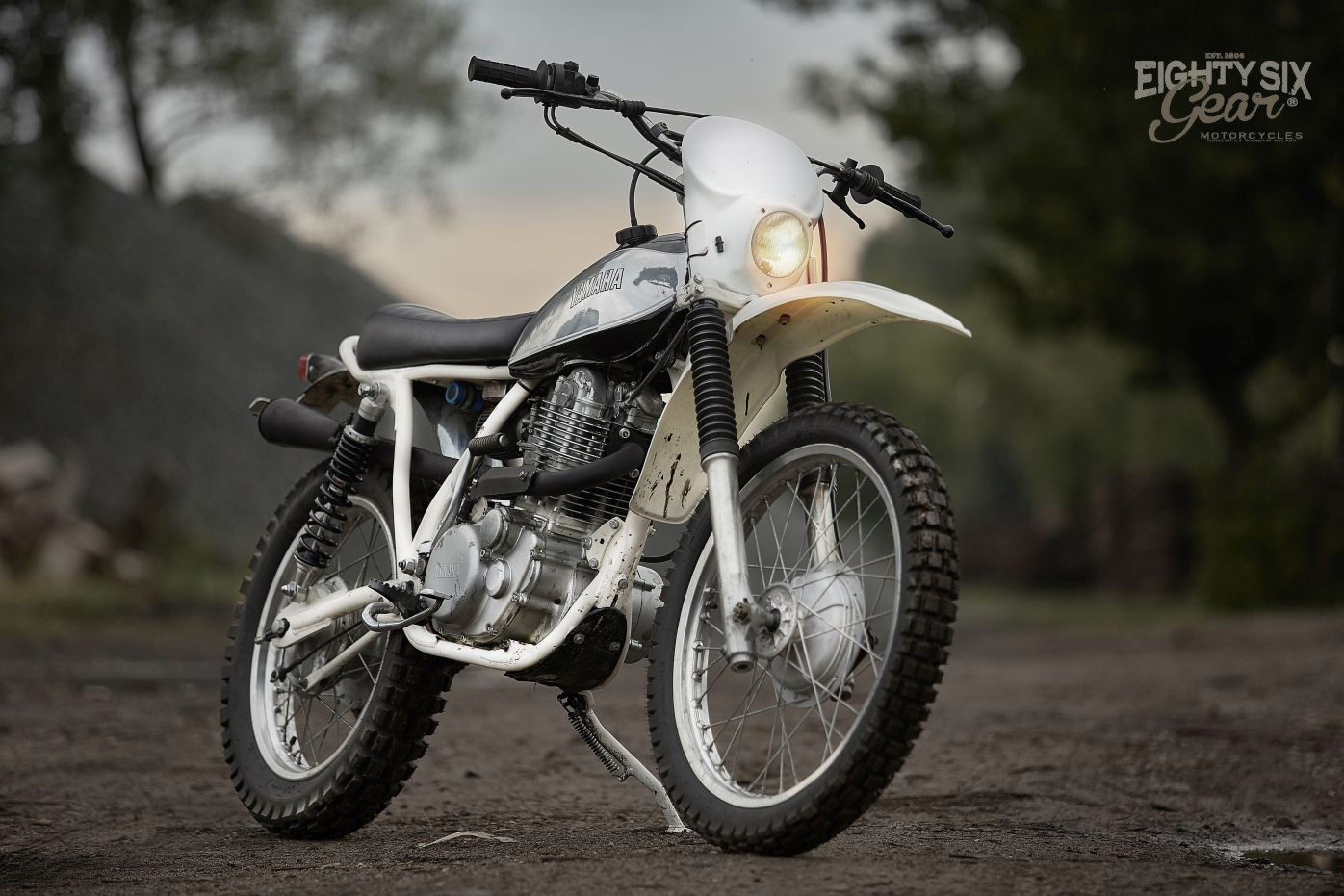 Yamaha SR500 enduro by 86 Gear Yamaha’s XT500 is one of the all-time great enduro bikes: a tough and capable air-cooled single with timeless styling. But although it sold by the tens of thousands in the 70s and 80s, and it’s long in the tooth compared to modern dual-sports, secondhand values are high and most owners are loathe to part with them. 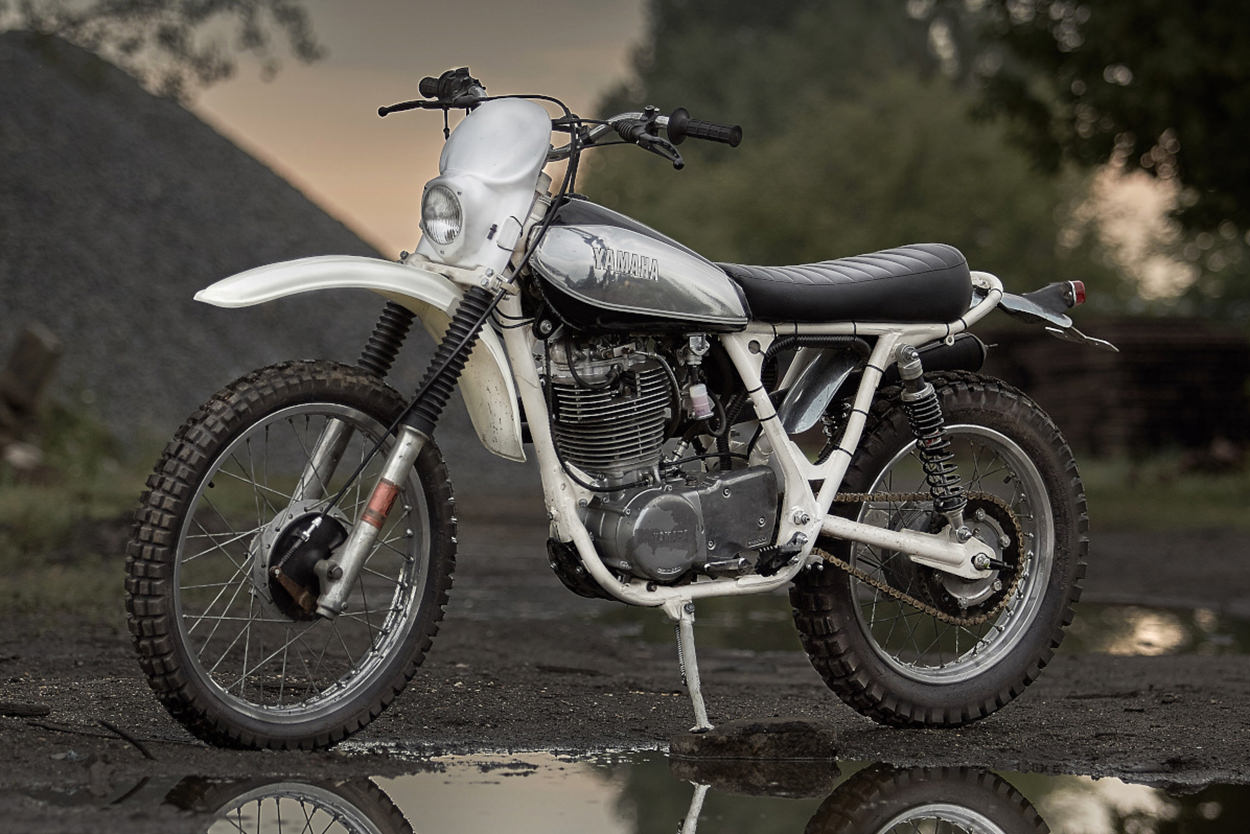 That’s why Poland’s 86 Gear workshop have used an SR500 as the base for this retro thumper. In some ways the SR was a street version of the XT, and 86 Gear have created a stylish 70s-style scrambler using an ’82 SR500 as the donor bike.

They’ve rebuilt the engine, modified and concealed the wiring loom, and grafted on an XT500 tank to ramp up the vintage vibe. 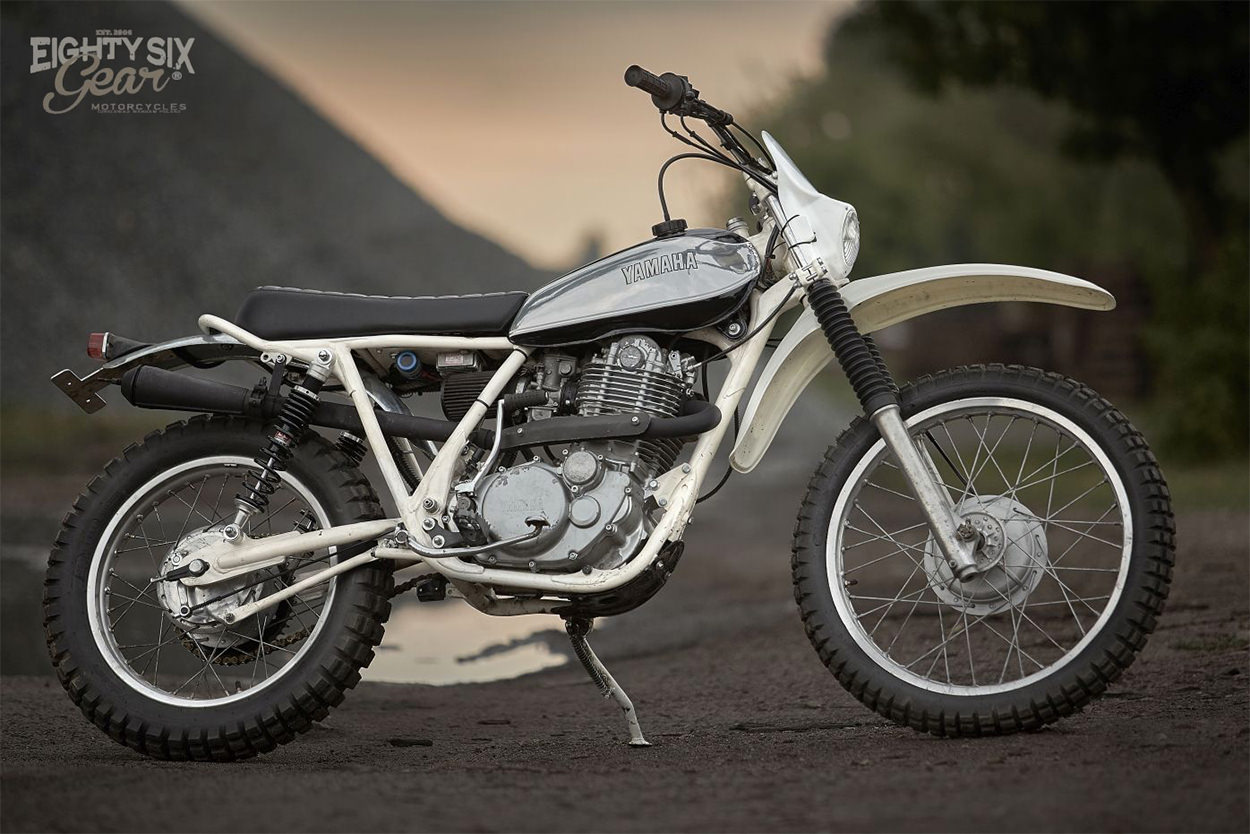 Custom parts include the new seat and the modified subframe it sits on, but the forks and front wheel are genuine XT500. With new YSS shocks at the back, the longer suspension travel also meant installing a chain tensioner. 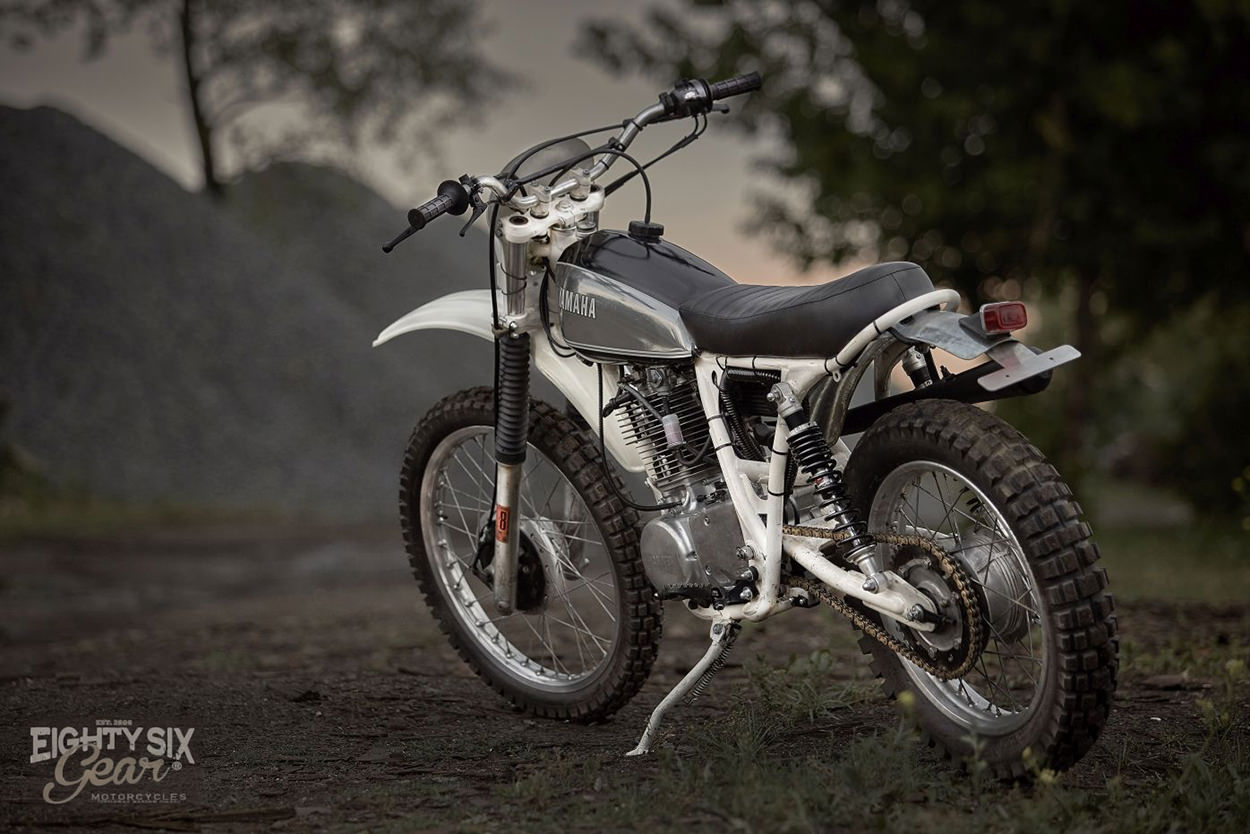 As a smart, functional dual sport for light trails, it doesn’t get much better than this. And it won’t require a degree in electronics to maintain. [Via] 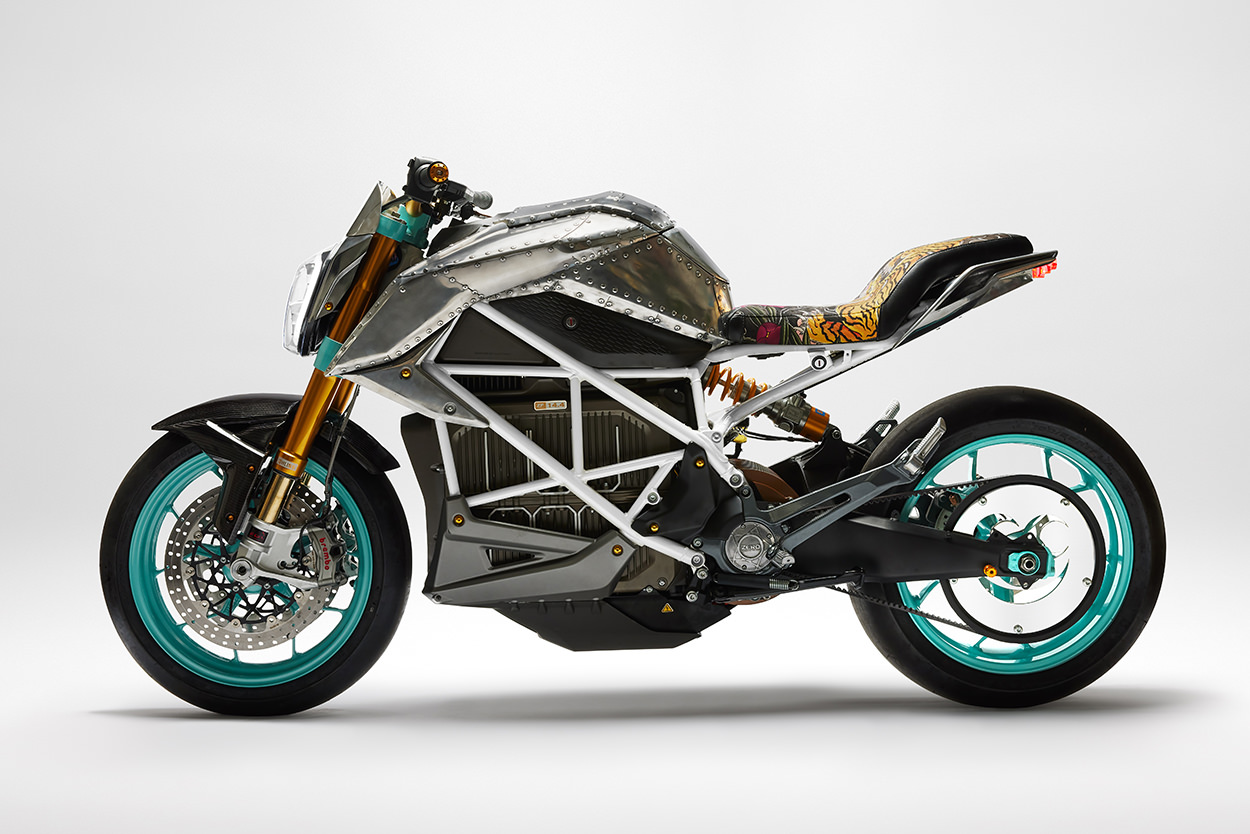 Tinker Hatfield X See See Zero SR/F If you’re a sneaker freak, you’ll know the name Tinker Hatfield. He’s Vice President for Design for Nike, and his portfolio includes models such as the Air Max 1 and Air Jordan III. He’s a keen rider too, ever since Michael Jordan introduced him to the delights of motorcycles many years ago. 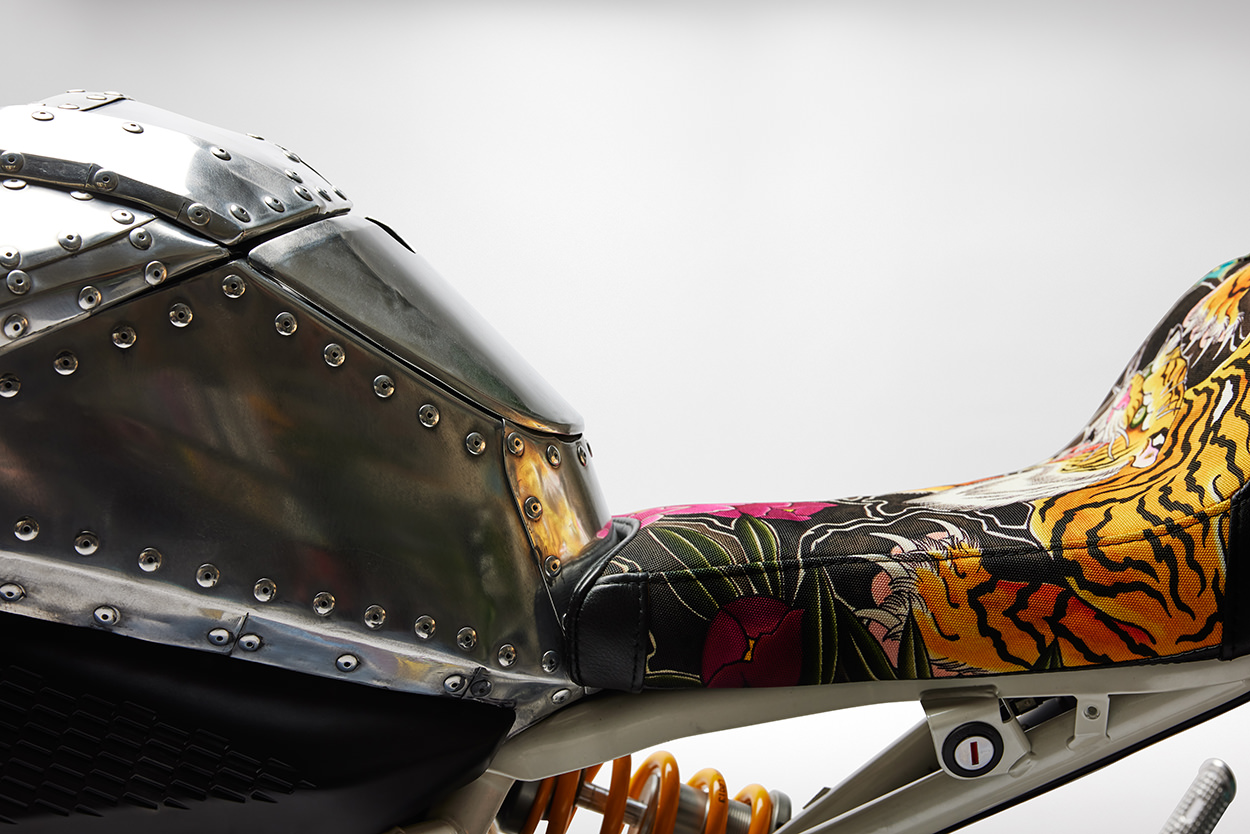 Hatfield has now hooked up with Thor Drake of See See Motorcycles to create a custom Zero. It’s being auctioned off later this month to raise funds for the Friends of Columbia County, a non-profit that runs a public library in Florida.

This SR/F is a 180-degree switch away from the smooth style of the factory machine, and blurs the line between pure custom and art project. 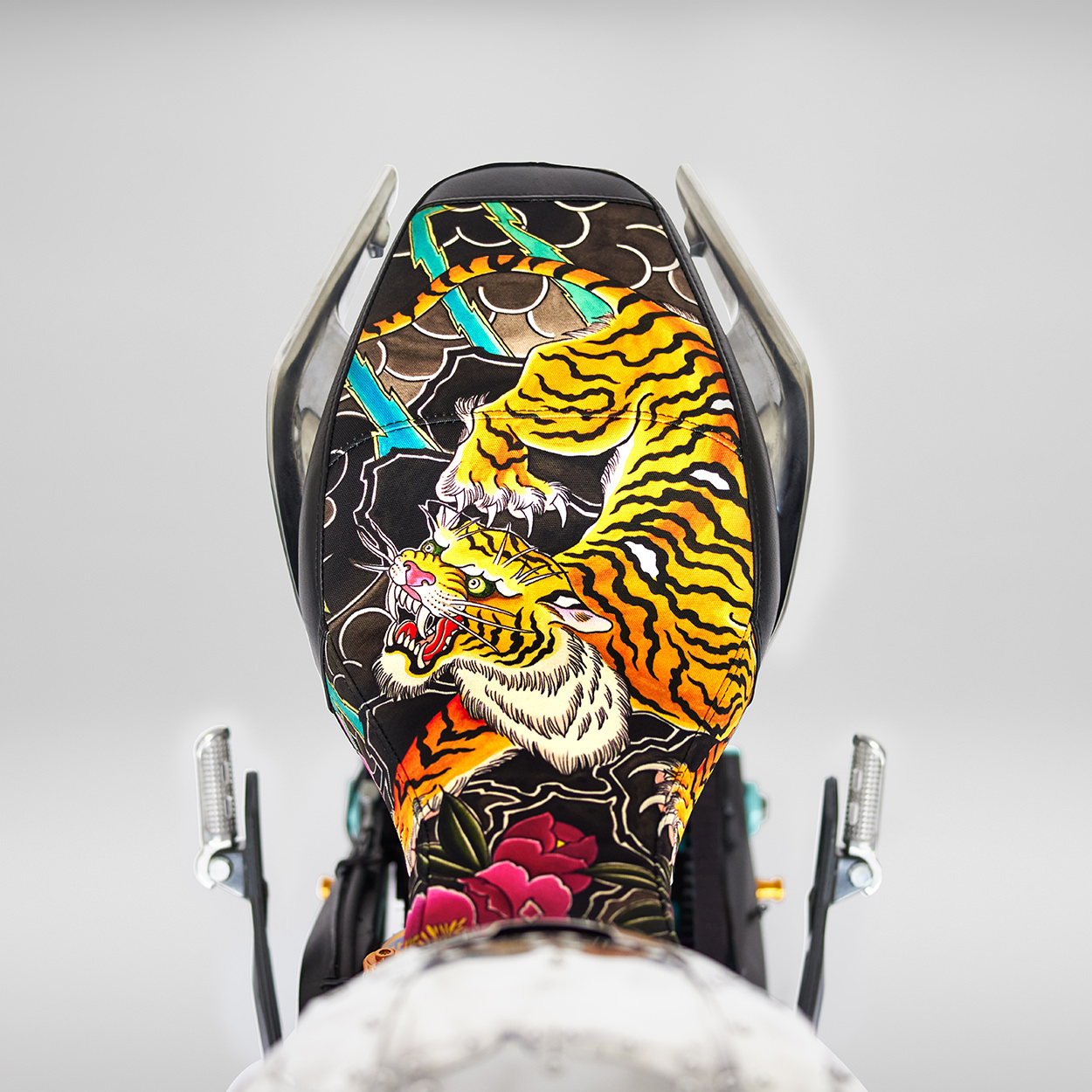 Working to Hatfield’s brief, Thor ripped off the Zero’s bodywork and gave it a mechanistic vibe with new body panels, plus a new seat and tail unit. The upholstery was designed by See See team rider and tattoo artist Drat Diestler, and sewn up by New Church Moto.

Most of the mods are cosmetic, and for good reason—as any builder who has tackled an electric bike will know. “Have you ever taken apart a computer?” says Thor dryly. “That’s what it was like to custom build. We powder coated and anodized very specific parts in the process, and the final touch was lots of polishing. I also suck at that, but that’s ok!” 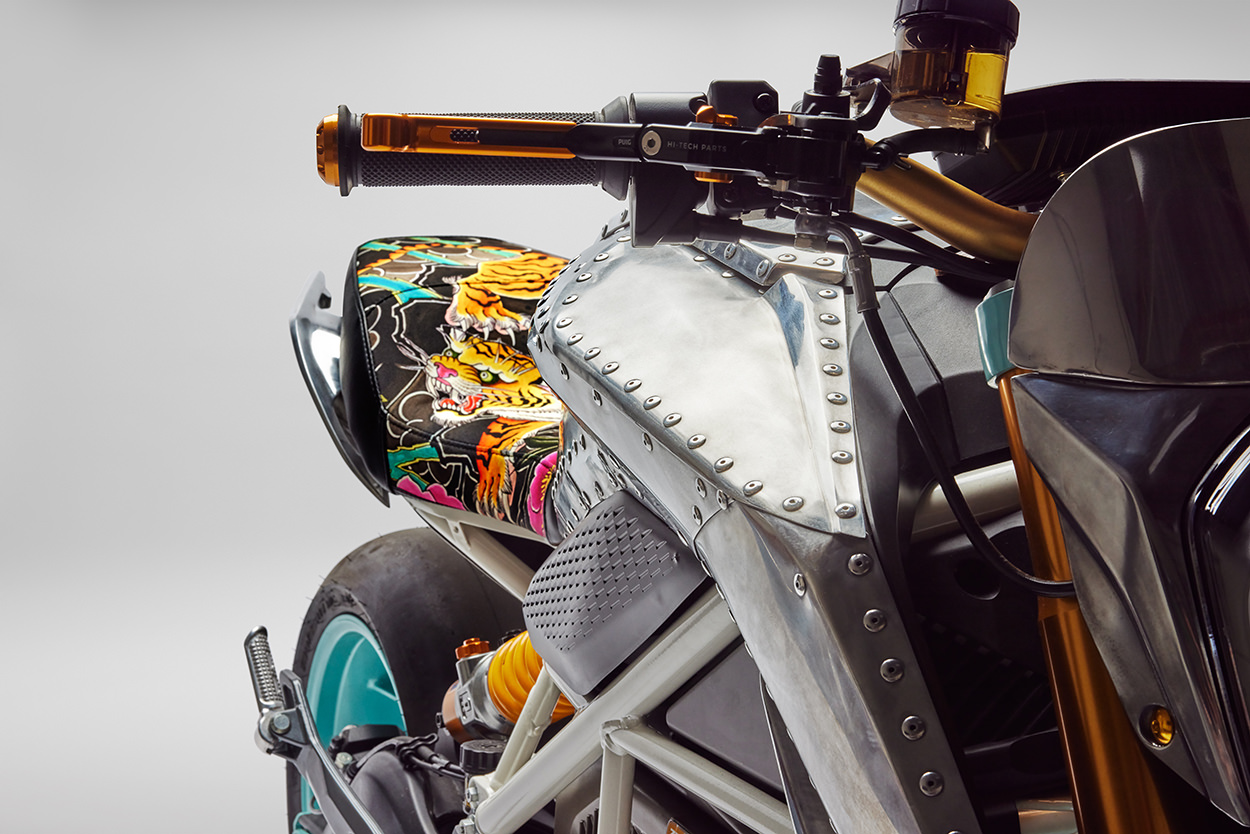 The front end is heavily revised though, with new bars, a cleaned-up dash area, and top-spec Öhlins forks. “Maybe they fell off the race truck?” Thor says cryptically. “Not too easy to get—or fit.”

If you like the sound (or whirr) of a unique custom with the name of a modern cultural icon attached, keep an eye on Bonhams’ Modern Decorative Art and Design auction in Los Angeles. The hammer drops on 21 October. [See See Motorcycles] 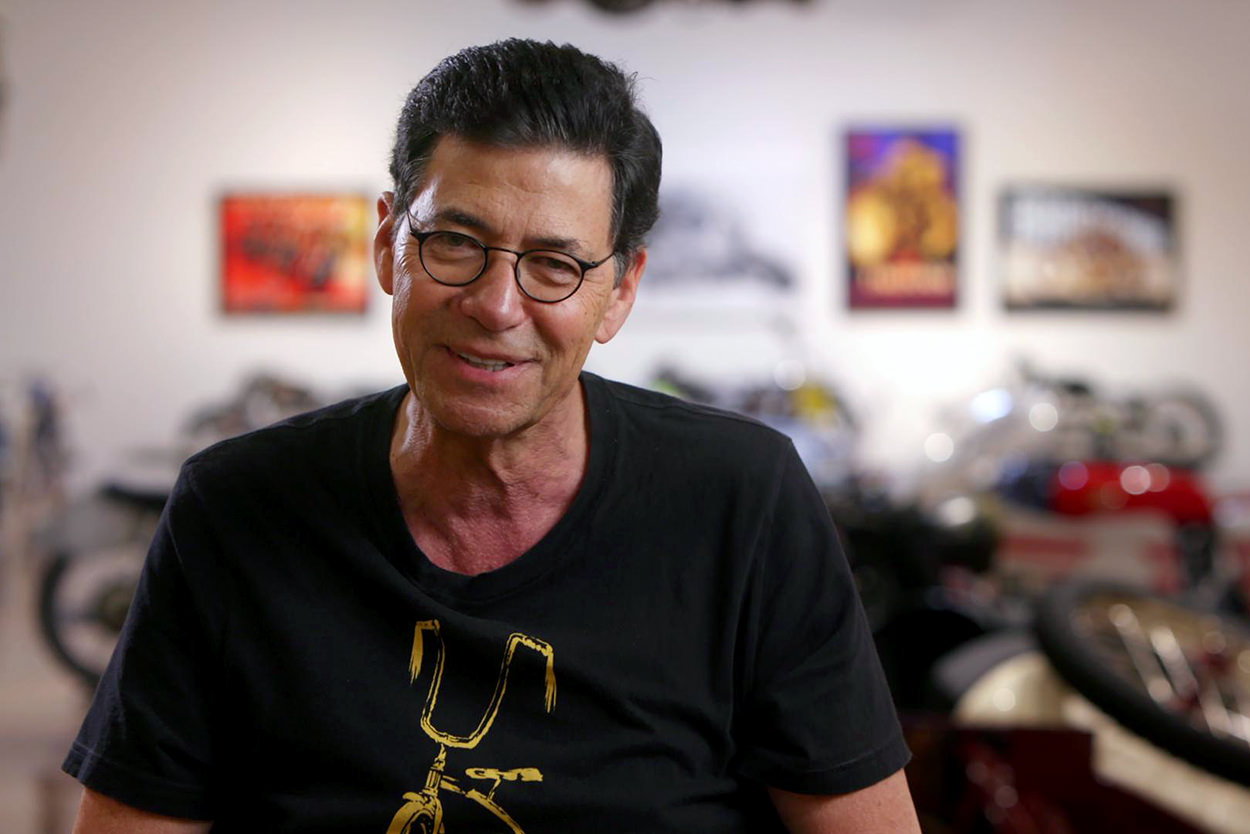 Bobby Haas, 1947-2021 If there’s anyone who could be described as the patron saint of custom motorcycles, it’s Bobby Haas. So we were saddened to hear that he passed away last Tuesday, at the age of 74.

Max Hazan introduced us to Bobby almost exactly three years ago, and many conversations followed over email. We’ve since featured many of the machines that Bobby commissioned for his incredible Moto Museum in Dallas, which he ran with his partner Stacey Mayfield. It now houses over 230 motorcycles across 20,000 square feet. 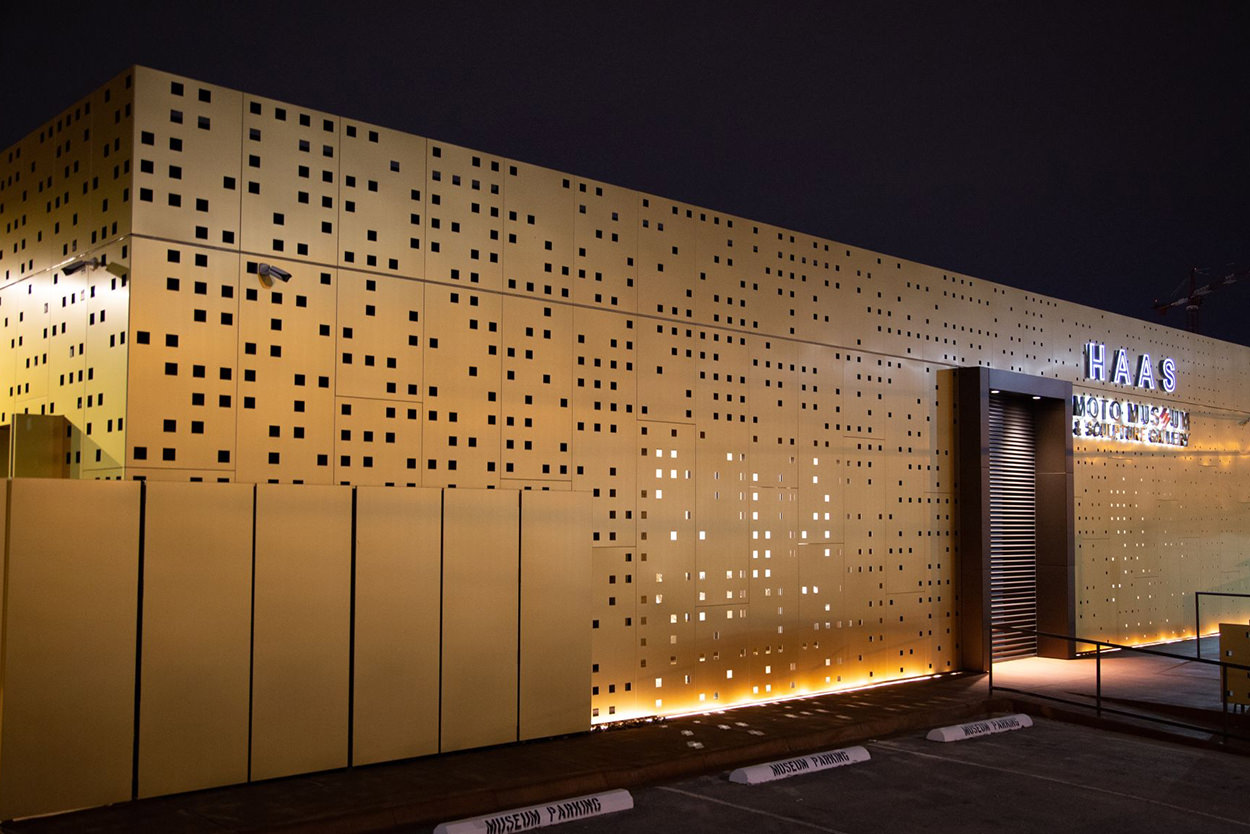 Bobby had good taste in choosing his exhibits, and most of the builders’ names will be familiar to our readers. Hazan is in there, of course, and also Craig Rodsmith, Dirk Oehlerking of Kingston Customs, Walt Siegl and Mitsuhiro ‘Kiyo’ Kiyonaga.

The Dallas Morning News has an excellent recap of Bobby’s career; it also reports that he suffered an aggressive case of COVID-19 in June 2020 that kept him confined at home for well over a month.

Unfortunately, respiratory issues resurfaced a few weeks ago, and it was a challenge that Bobby lost.

Aside from his interest in motorcycles, Bobby lived a very unusual and full life, captured in the documentary Leaving Tracks. It’s unlikely that we’ll see a man of his stature in the industry again, and the custom scene will be much the worse for it. [Haas Moto Museum]